Nestled within the central highlands of Vietnam’s Da Lat Plateau, 1,500 meters (4,900 feet) above sea level, is the former French hillside retreat of Da Lat. Boasting a mild climate year-round, average temperatures range between a comfortable 70–77°F (20–25°C), thus crowning Da Lat ‘the city of eternal spring.’ Not only does the appealing weather draw many locals to escape the oppressive summer heat, but it also provides ideal conditions for growing a variety of crops. The combination of consistent temperatures and rich soil puts Da Lat on the map as a chief producer of coffee, tea, and flowers, as well as a number of fruits and vegetables. Interestingly, some 30% of Vietnam’s vegetables come from in and around the Da Lat region.

Just 10 kilometers north of Da Lat and the highlight of Bidoup Núi Bà National Park, Lang Biang Peak (Núi Bà) is one of Da Lat’s highest surrounding mountains at 2,167 meters (7,110 feet). Although quite a short hike, the view from the top affords a stunning view of the city below, as well as a peaceful glimpse of the undulating, green countryside and expansive famlands that envelop the lakeside community. The trail is enveloped by dense forests the entire way up the mountain, until you finally pop out above the canopy at the summit. While the trail is a pretty moderate grade for most of the hike, the last kilometer to the summit is surprisingly steep, with muddy stairs that are each between knee- and nearly waist-high. If you are looking for a tranquil day in nature, Lang Biang offers just that. The short out-and-back trail was nearly deserted when we climbed and, even though it was the peak of summer holiday, we passed only six other hikers the entire day. 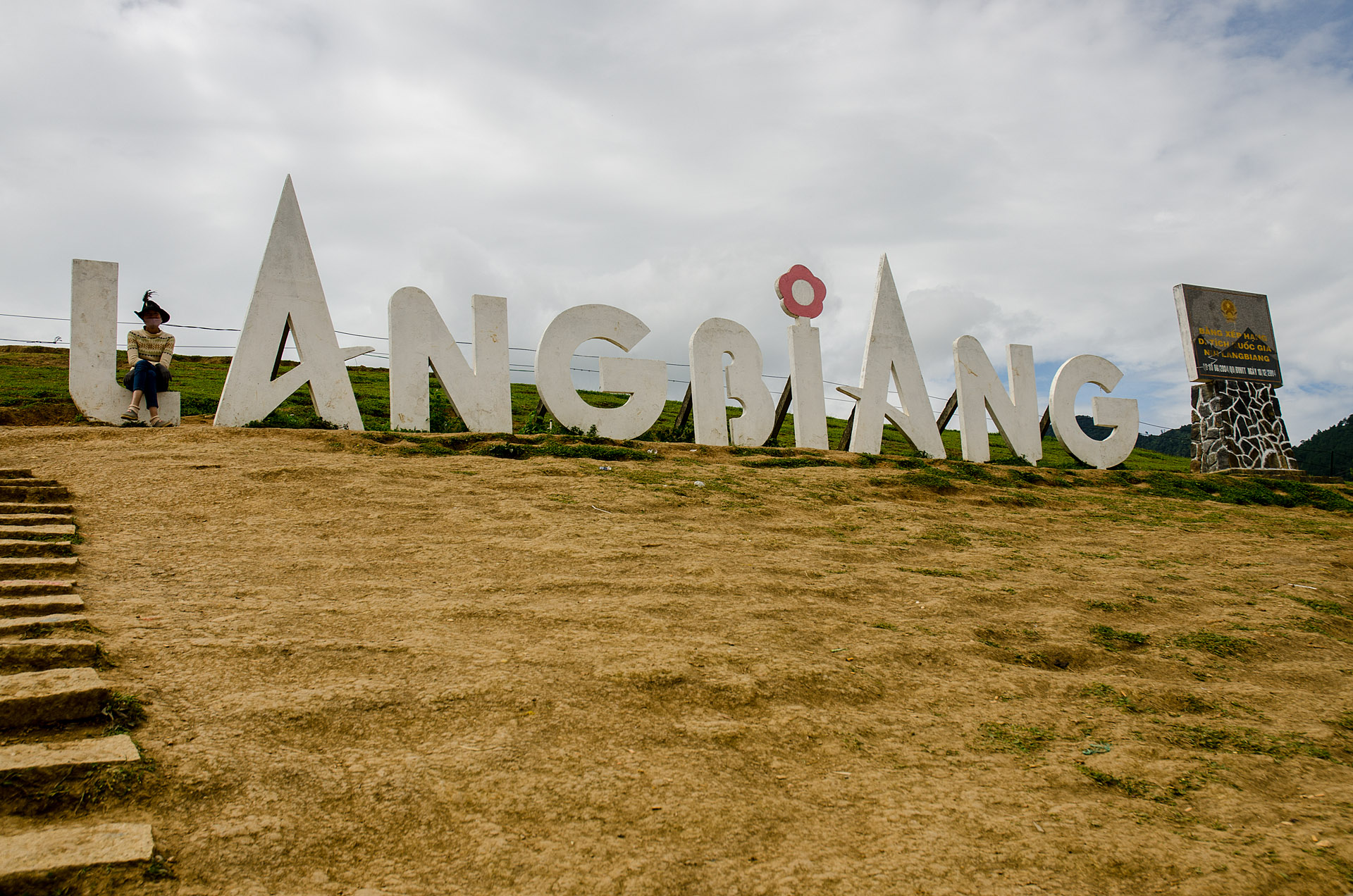 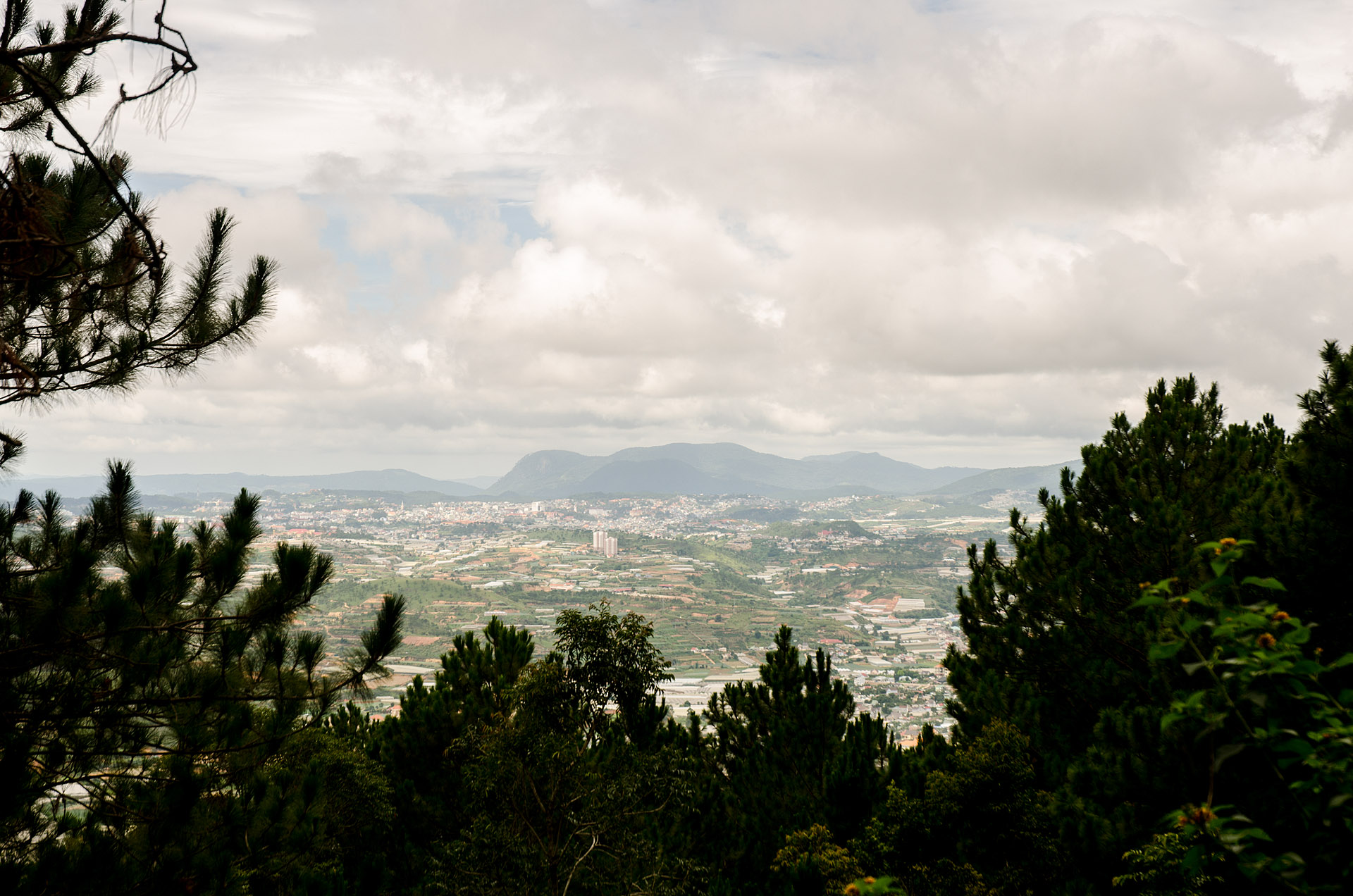 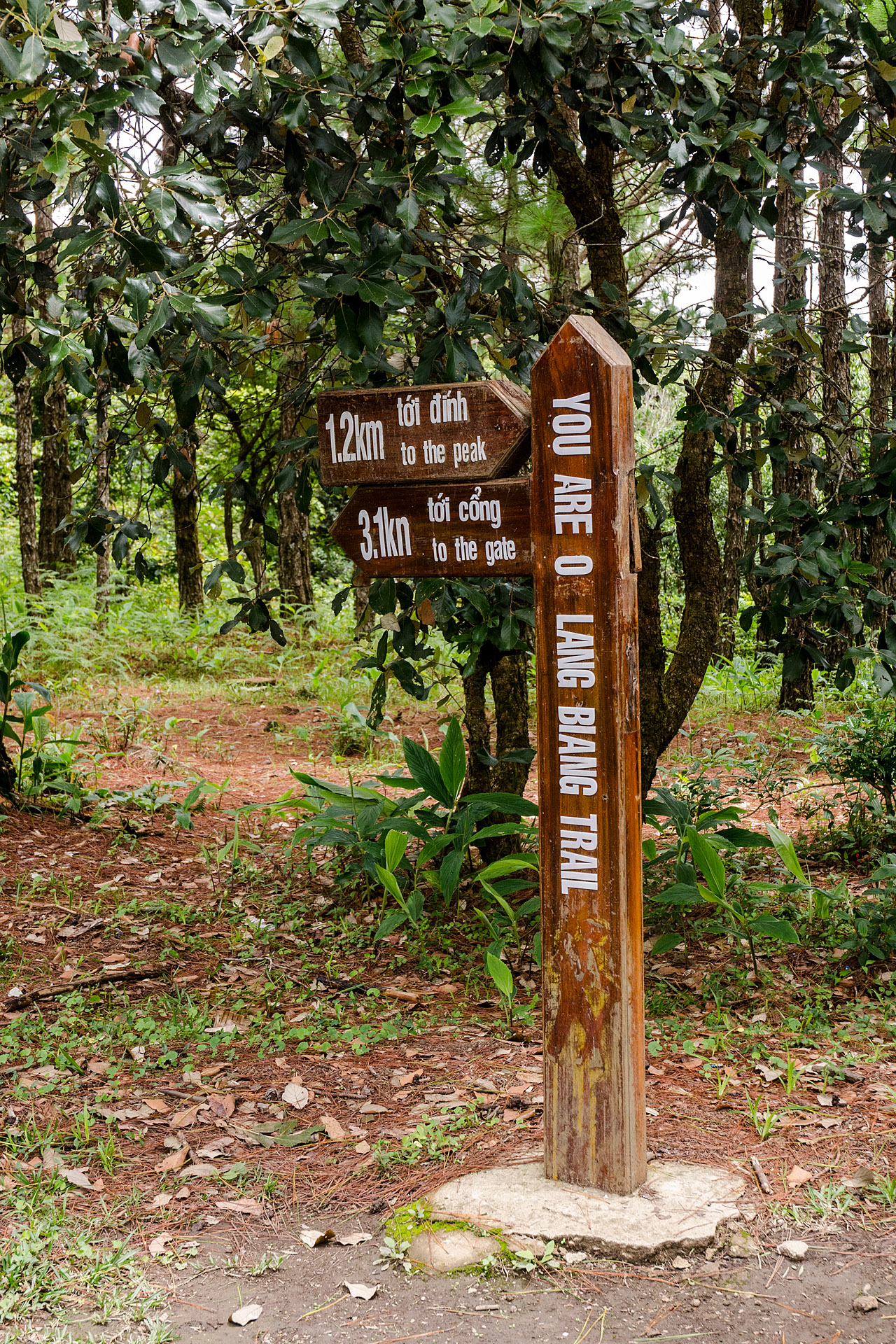 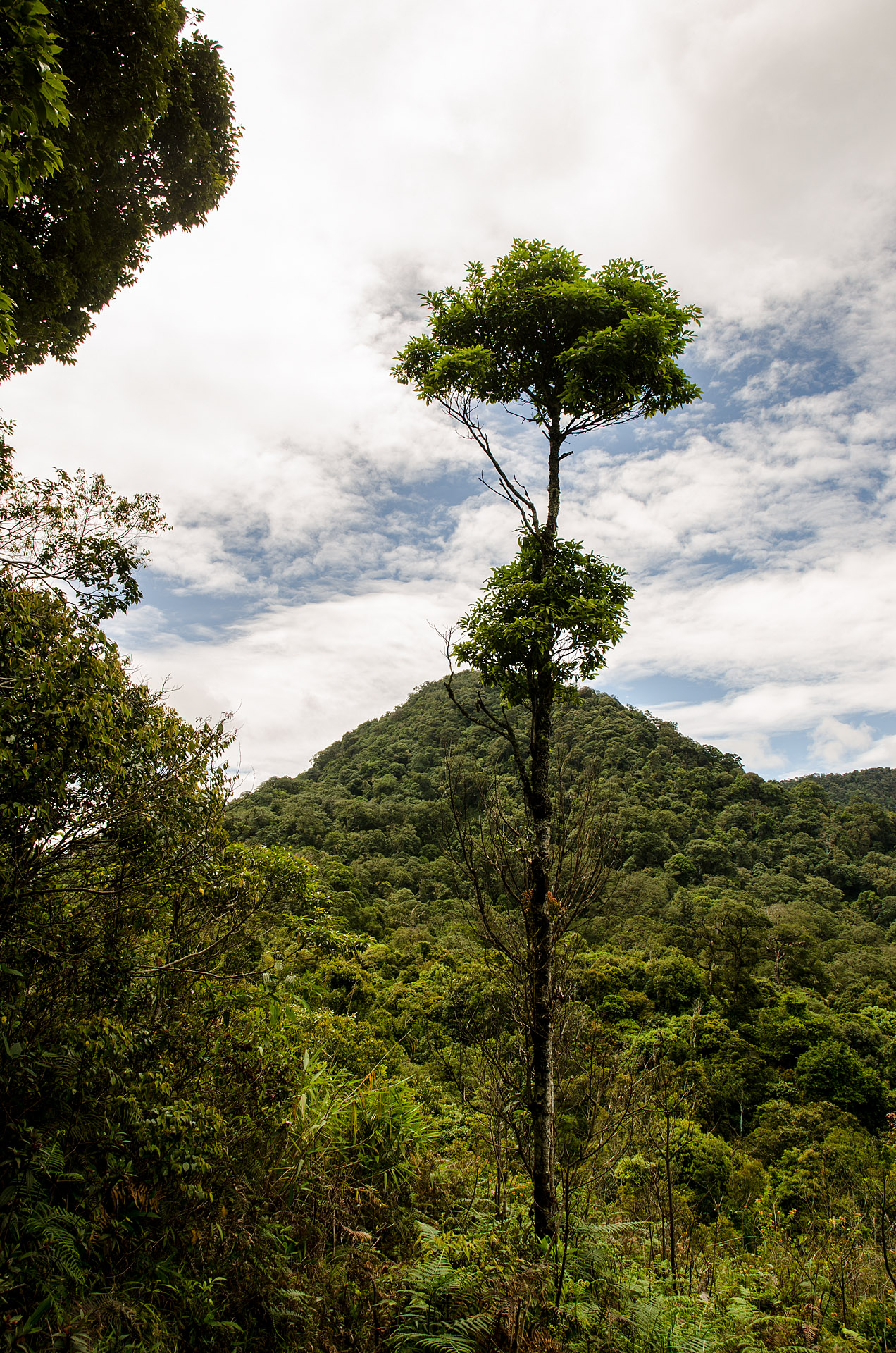 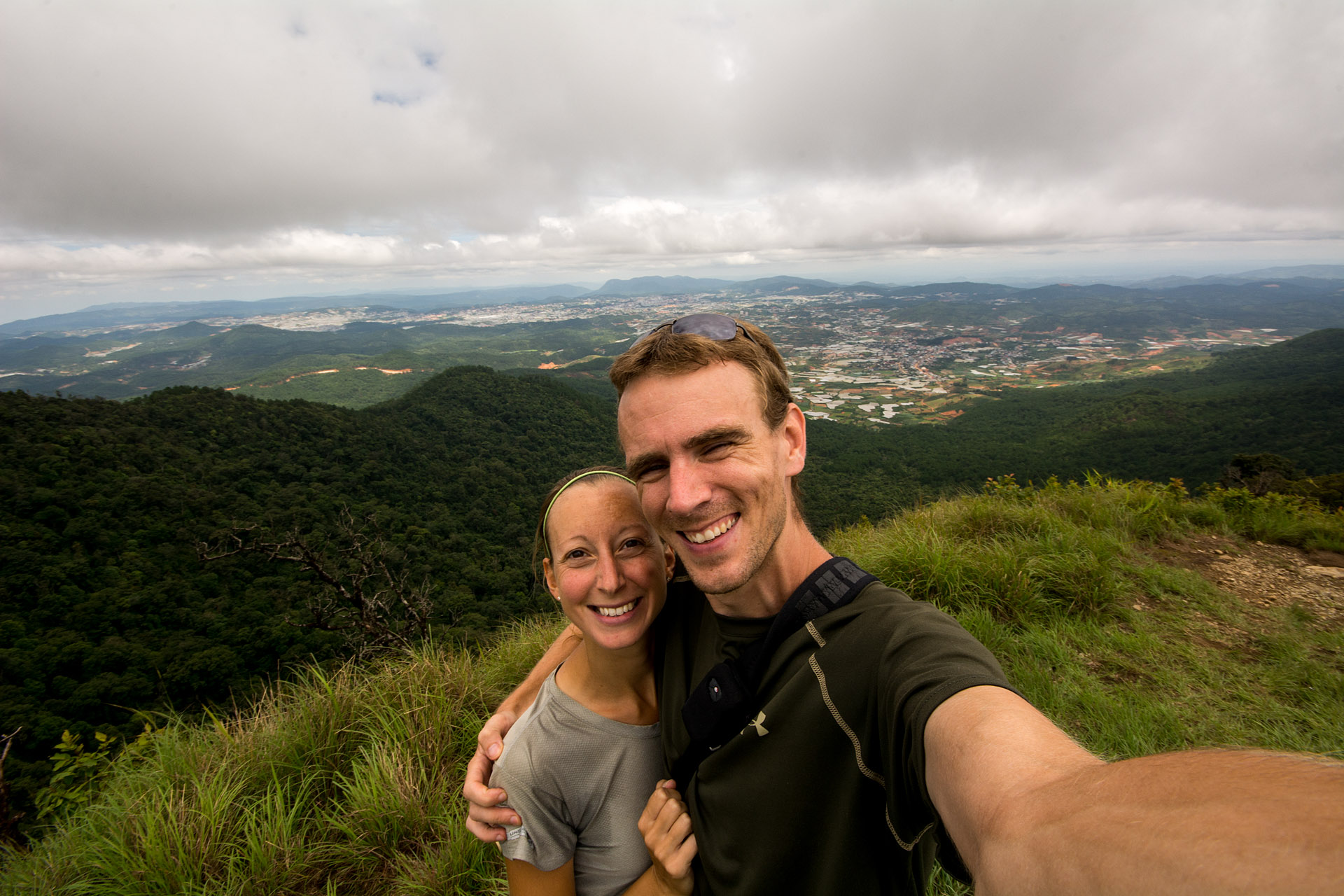 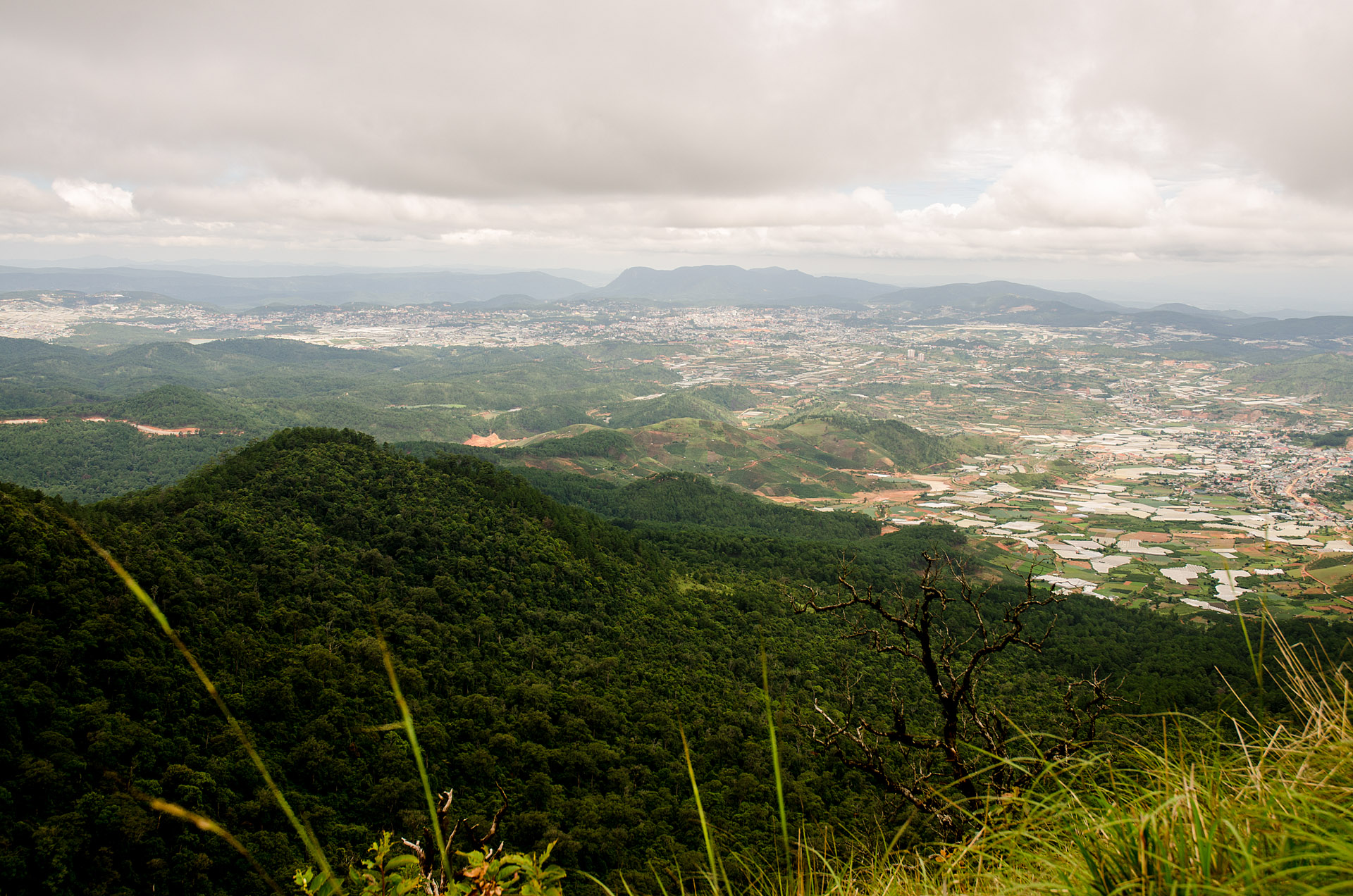 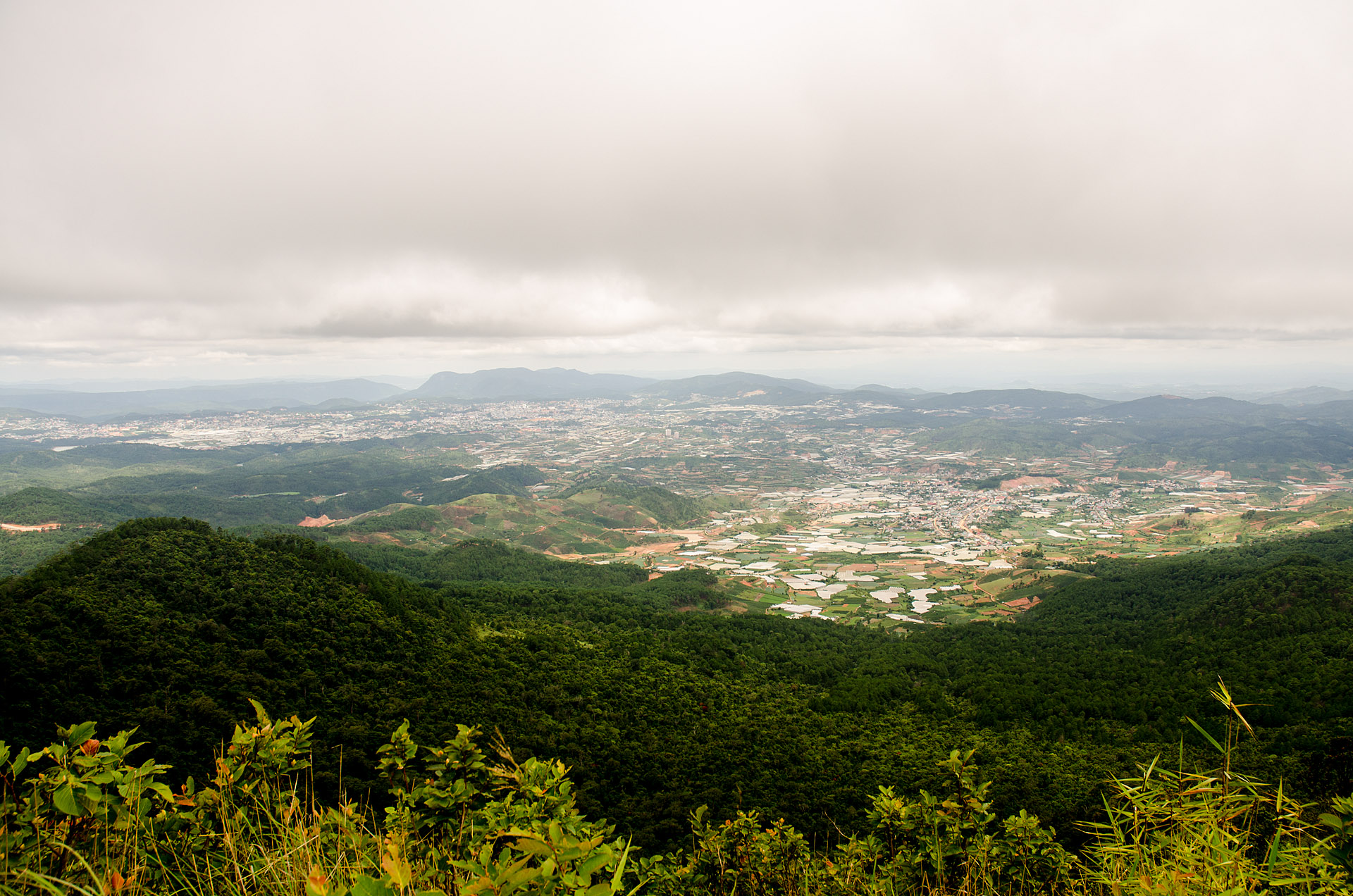 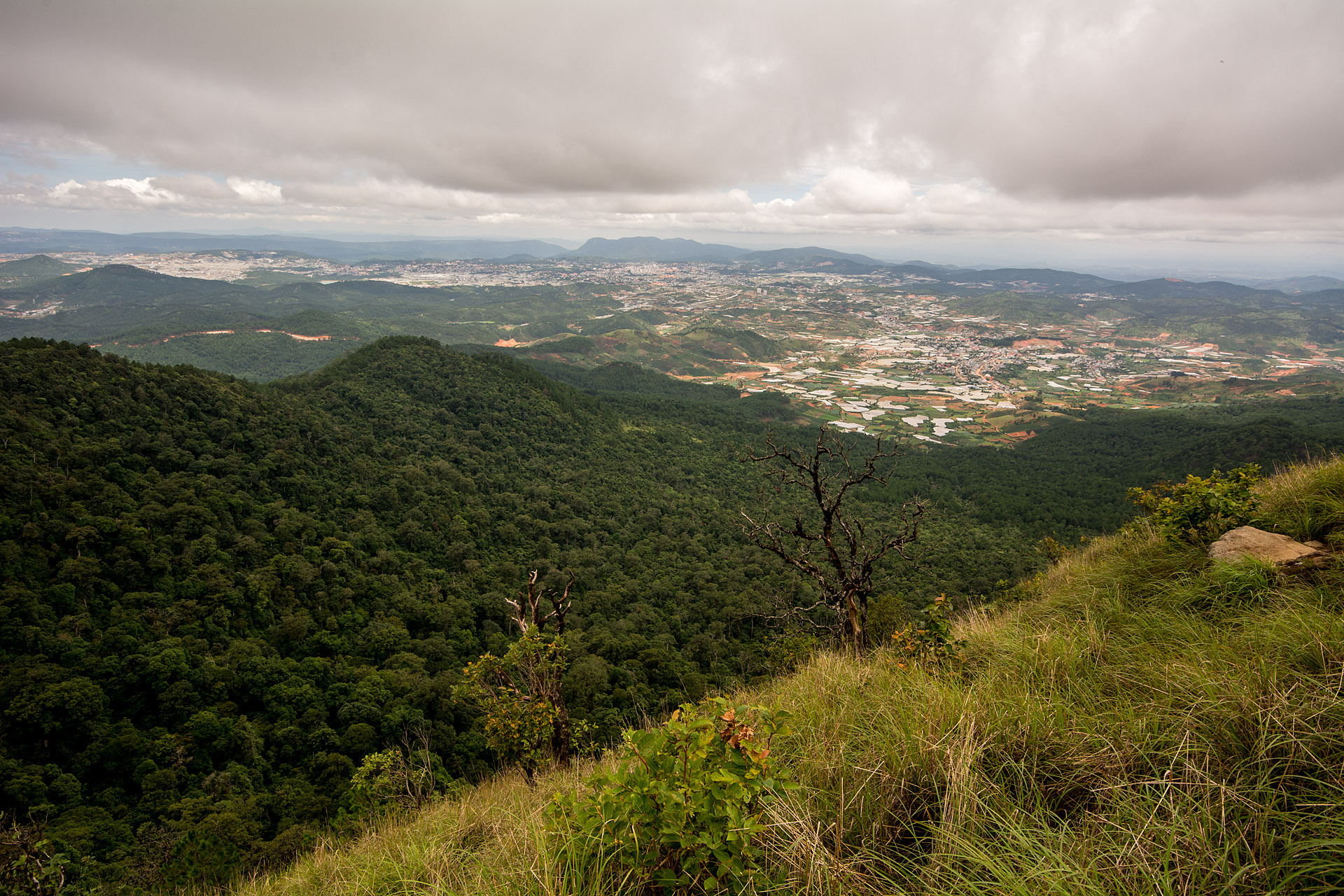 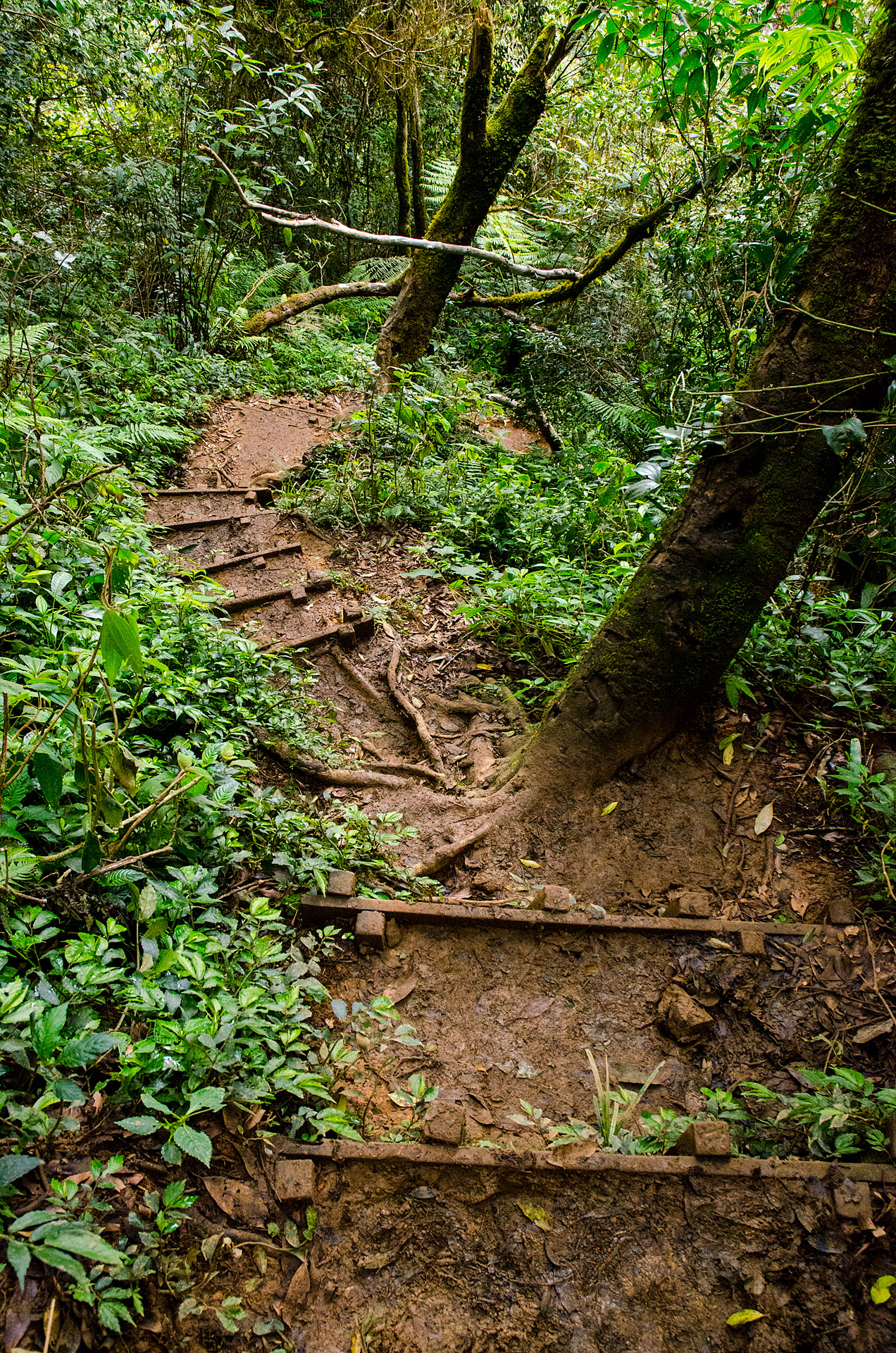 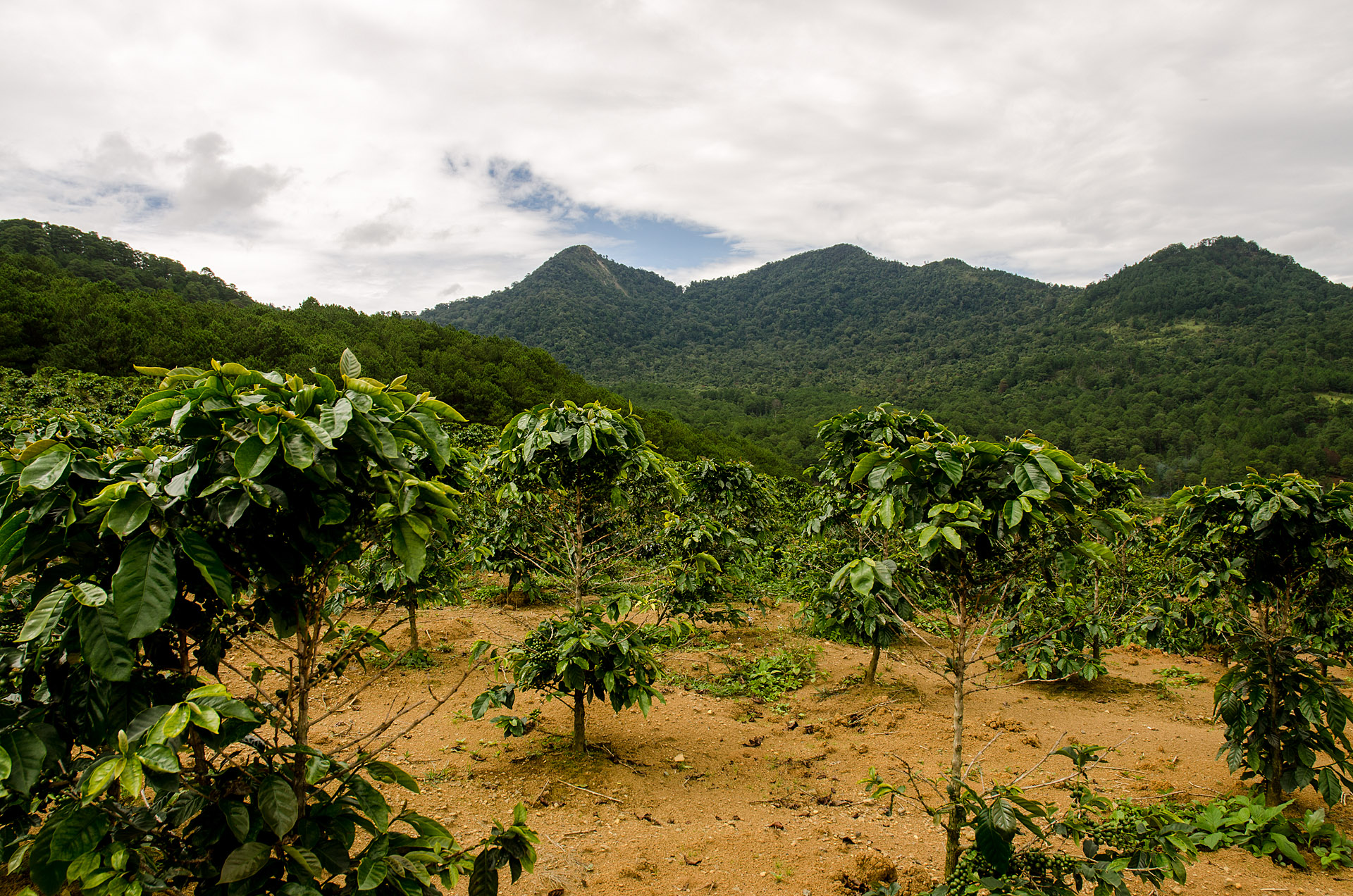 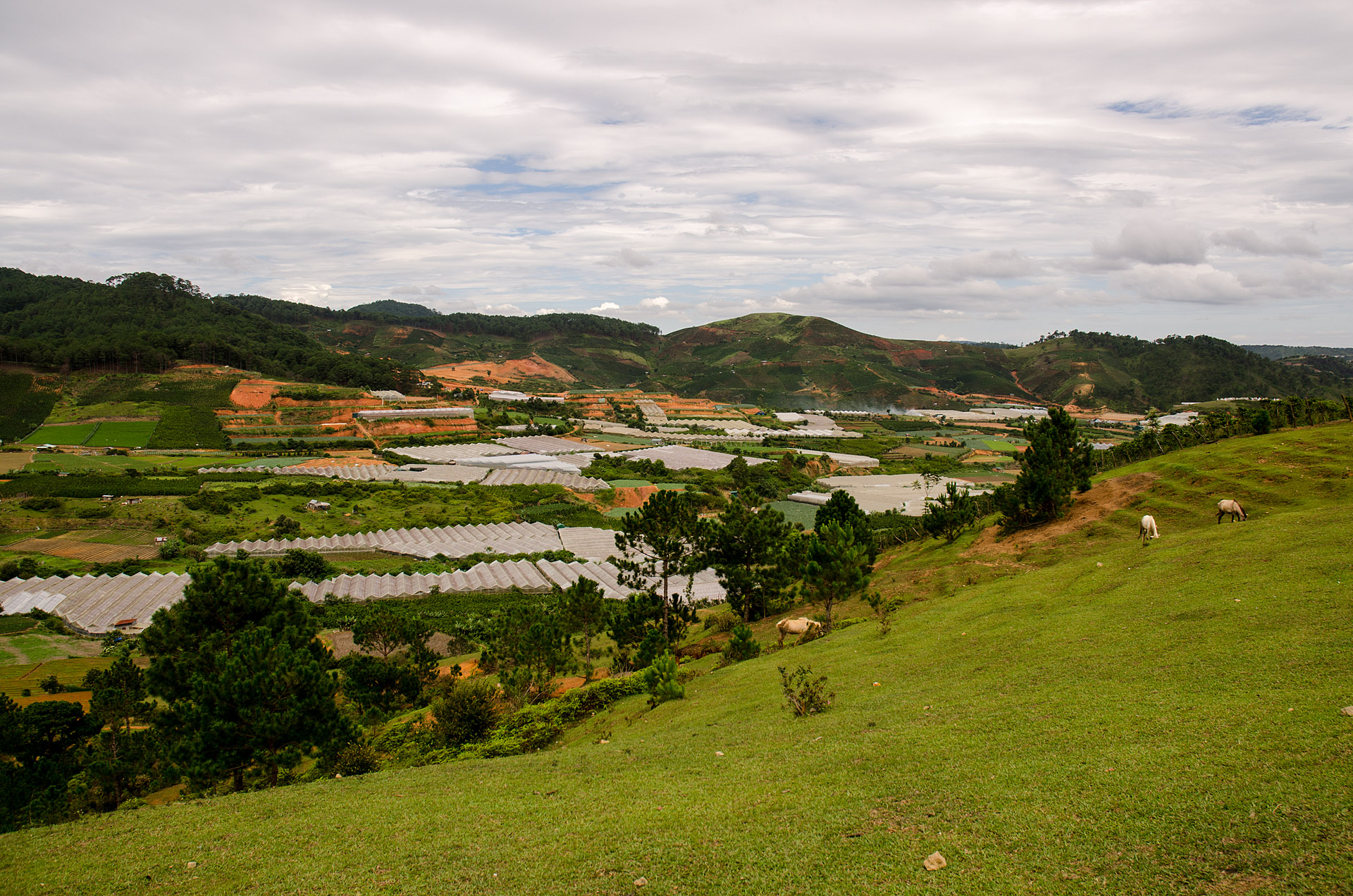 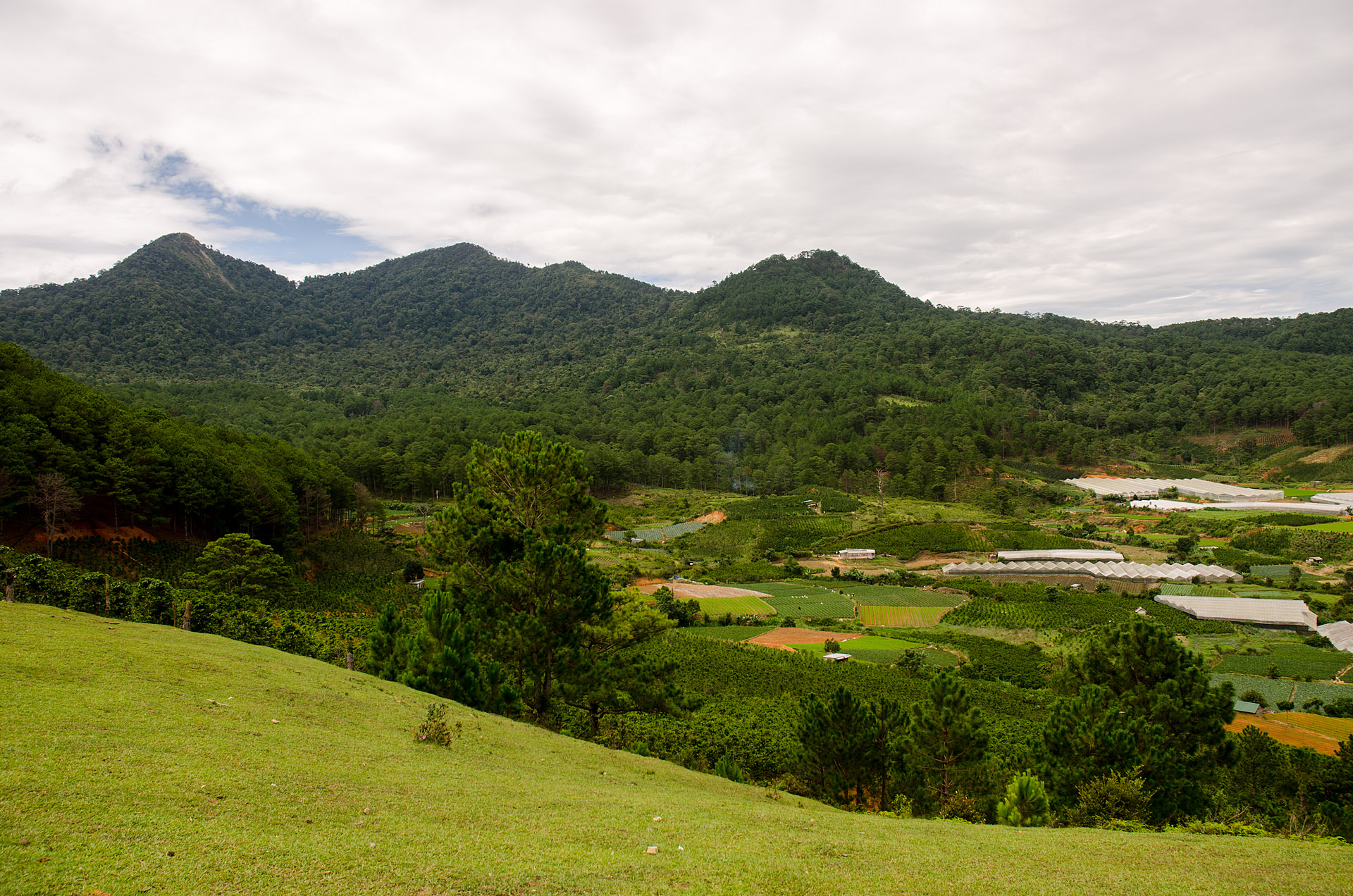 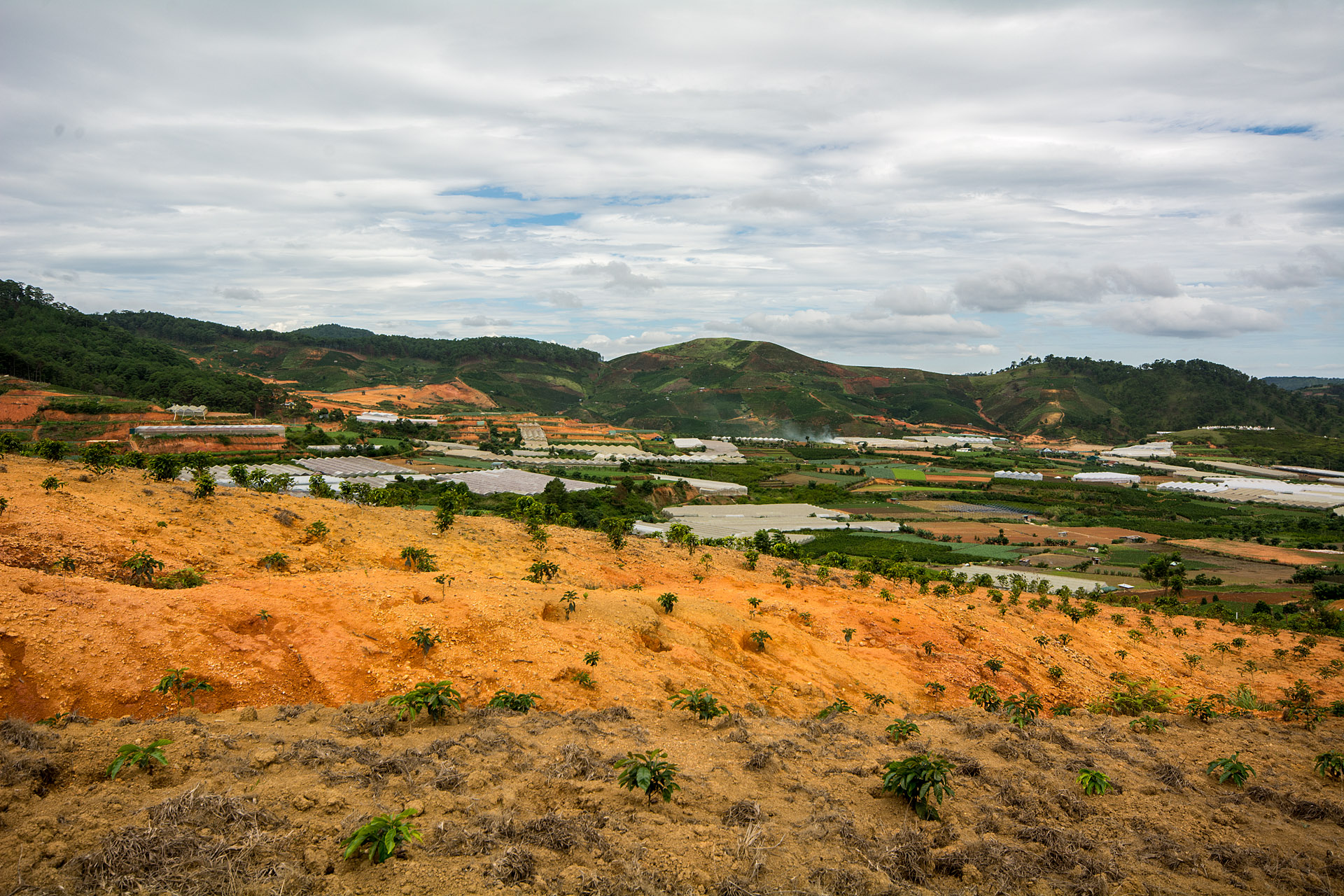 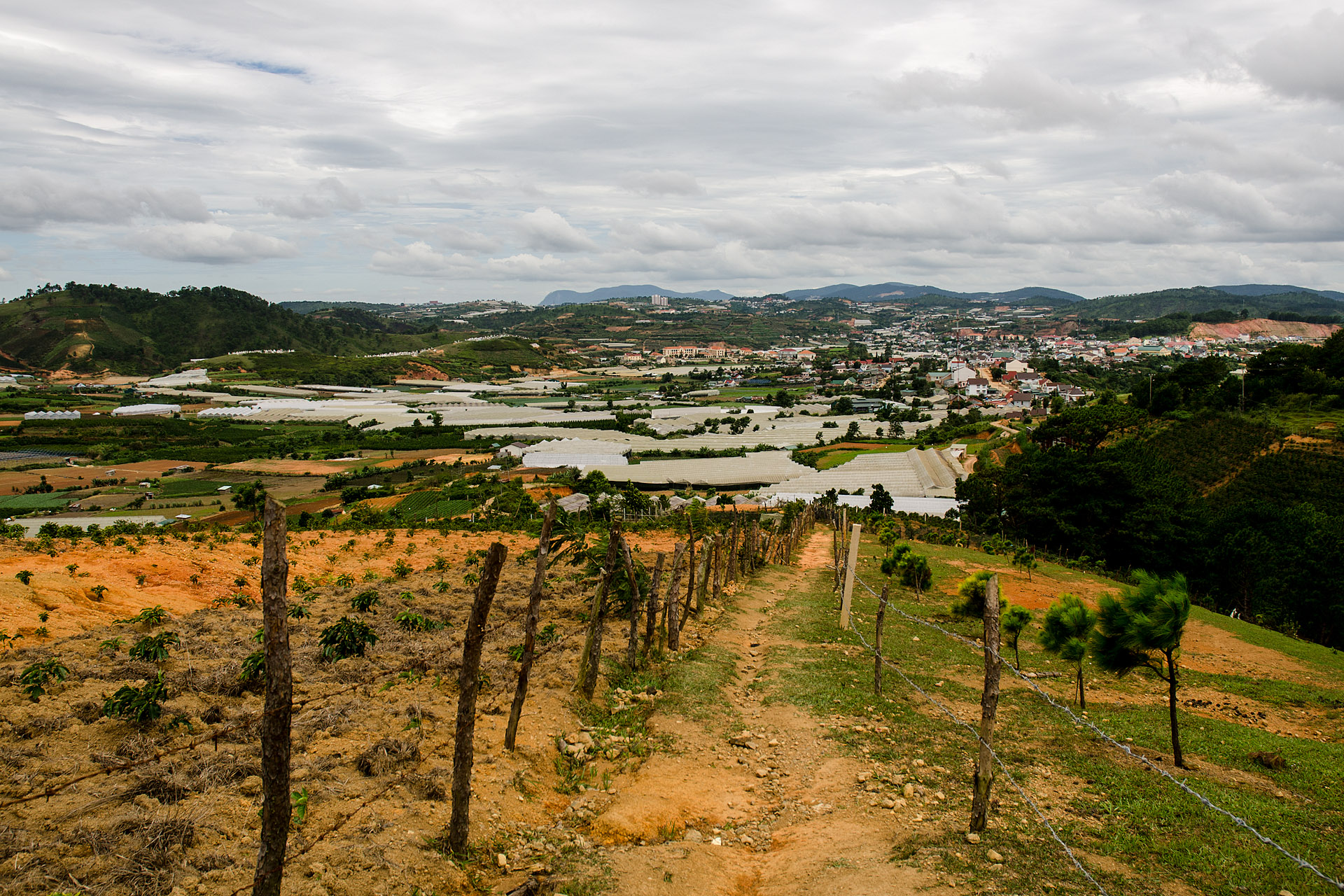 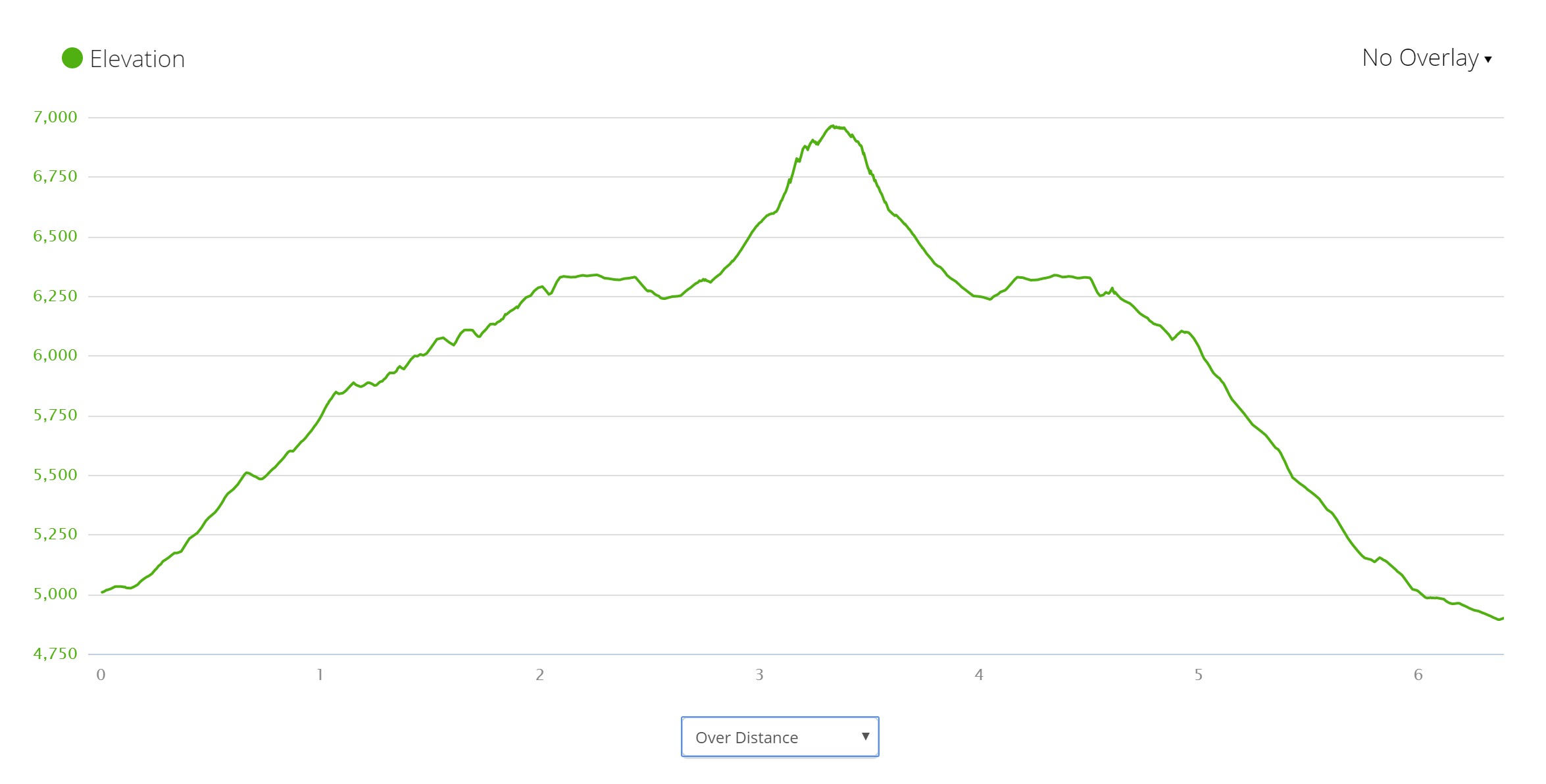