The Great Wall (Jiankou to Mutianyu)

Like many other travelers out there, the ancient, imposing Great Wall of China was pretty high atop our list of ‘must-sees’ in Asia. As soon as we arrived in Beijing, we spent a day hiking the Gubeikou to Jinshanling portion of the wall, a wildly diverse and secluded stretch just under three hours northeast of the congested city. Having enjoyed the day so much, we decided to spend a second day hiking the wall, this time exploring the portion running from Jiankou to Mutianyu.

Our day began with a two-hour drive (100 km) north from Beijing to Jiankou, a section of wall southwest from the previous day’s hike. As soon as we arrived at our destination, our guide pointed straight up at a guard tower looming high above us, on top of what appeared to be a precariously steep hillside, and cheerfully announced that the watchtower was our first stop. We made good, if not sweaty, time up the steep, forested hillside, and in less than an hour we were looking at a section of the Great Wall that begged the question of why they thought they needed an additional barrier atop already seemingly impassable bluffs. Precipitous, rocky cliffs fall to either side of the mountains, with the wall threading its way precariously along the spine of the range. We couldn’t imagine that someone looked at 1,000’ sheer cliffs and thought, “you know, that really needs a 15’ wall on top of it… just to be sure.” Regardless, climbing the crumbling steps to the top of the tower made for a breathtaking view of the jagged countryside.

As with the previous day, the first part of the hike was along an unrestored section of the wall, with the Jiankou portion being built in 1368 during the Ming Dynasty. This section was steep, scenic, and reasonably secluded, however it quickly transitioned to the Mutianyu portion, where the pedestrian traffic became much more heavy and the staggering views less abundant. While the Mutianyu portion of the wall is actually quite ancient, with the first construction dating to the 6th century A.D., it has undergone extensive repairs and restorations since 1569. As we followed the wall along Mutianyu, steep staircases climbed up and down the undulating hillsides, dropping sharply in spots before ascending just as quickly only a few meters further.

Far more people were on this part of the wall, and the reason became evident when we got closer to the entrance at Mutianyu and discovered a chairlift that bypassed the hike up the hillside. Rolling our eyes in disbelief, we continued our march down seemingly-endless staircases before piling back on the bus to Beijing. Though not nearly as impressive (or serene) as the hike at Gubeikou, and some altogether unpleasantly-congested areas around Mutianyu, we did enjoy a second day out on the wall. 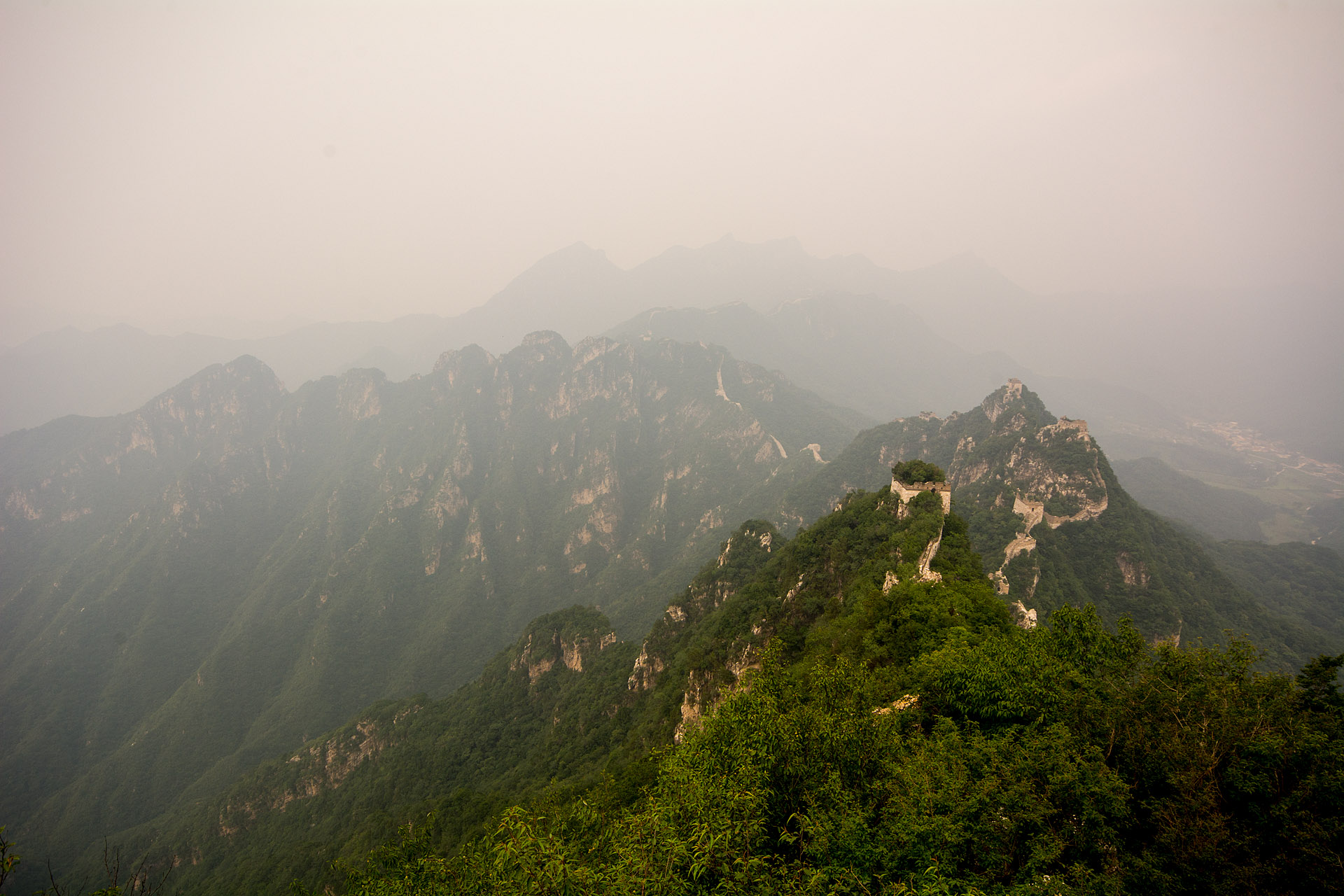 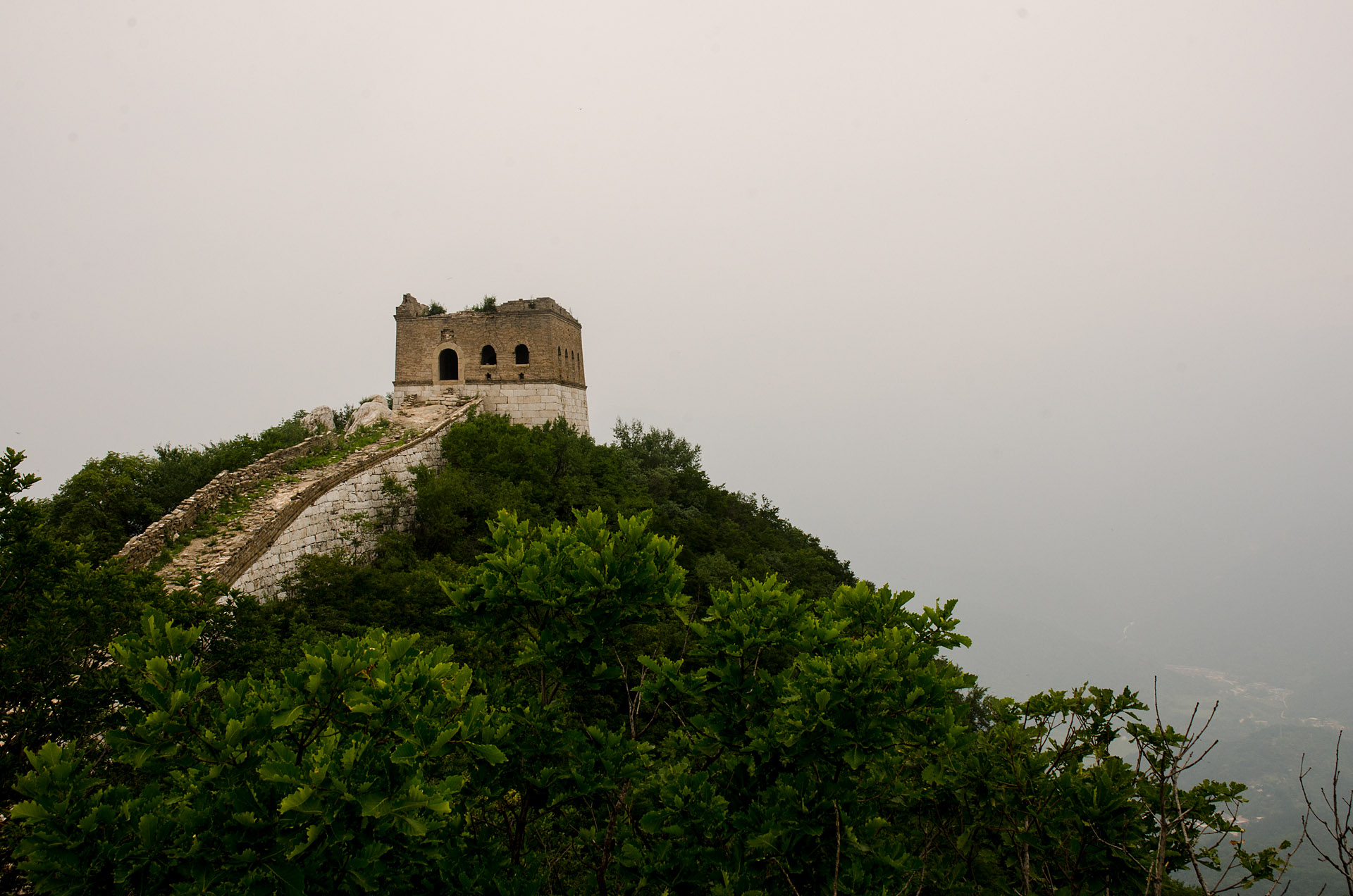 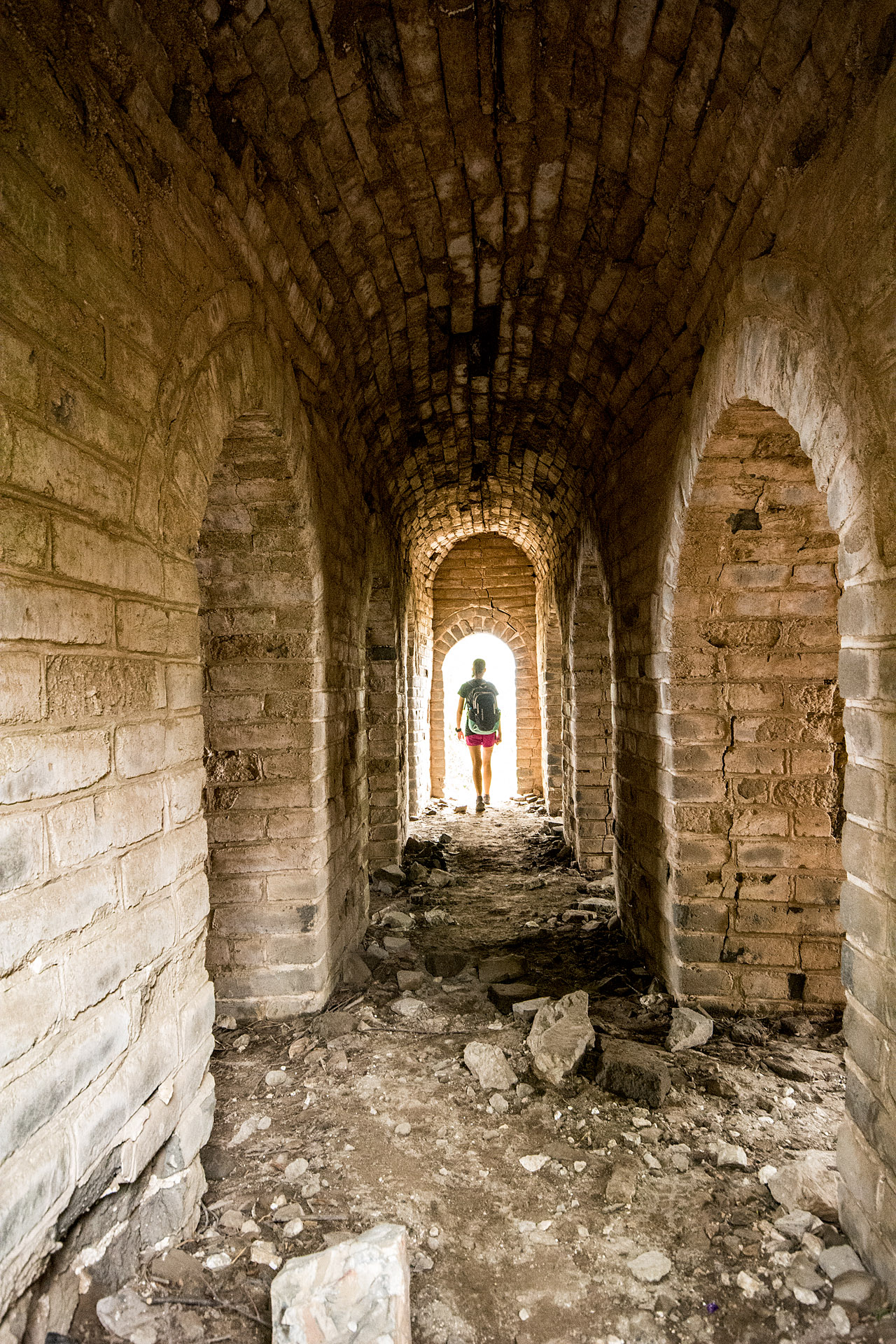 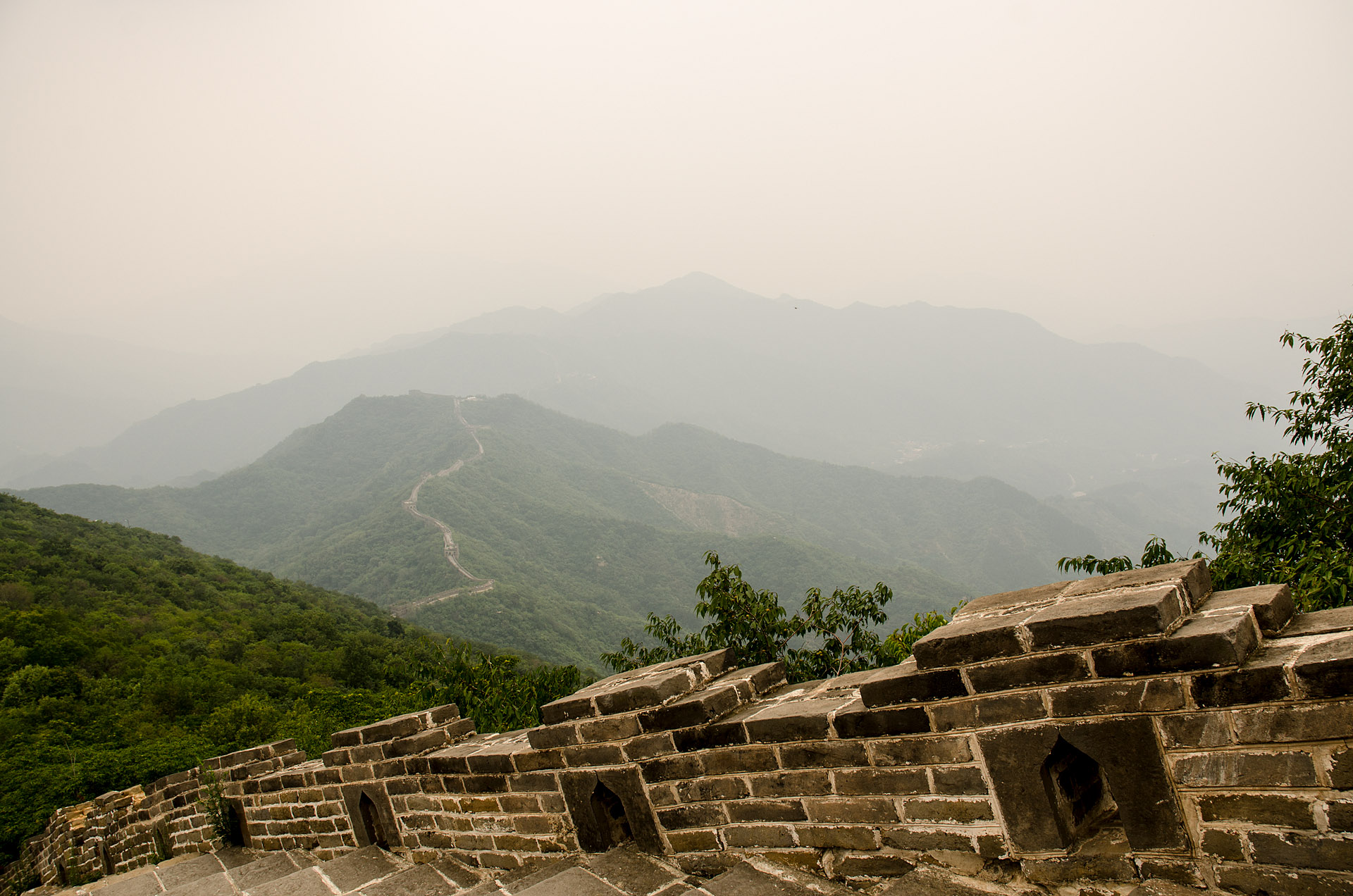 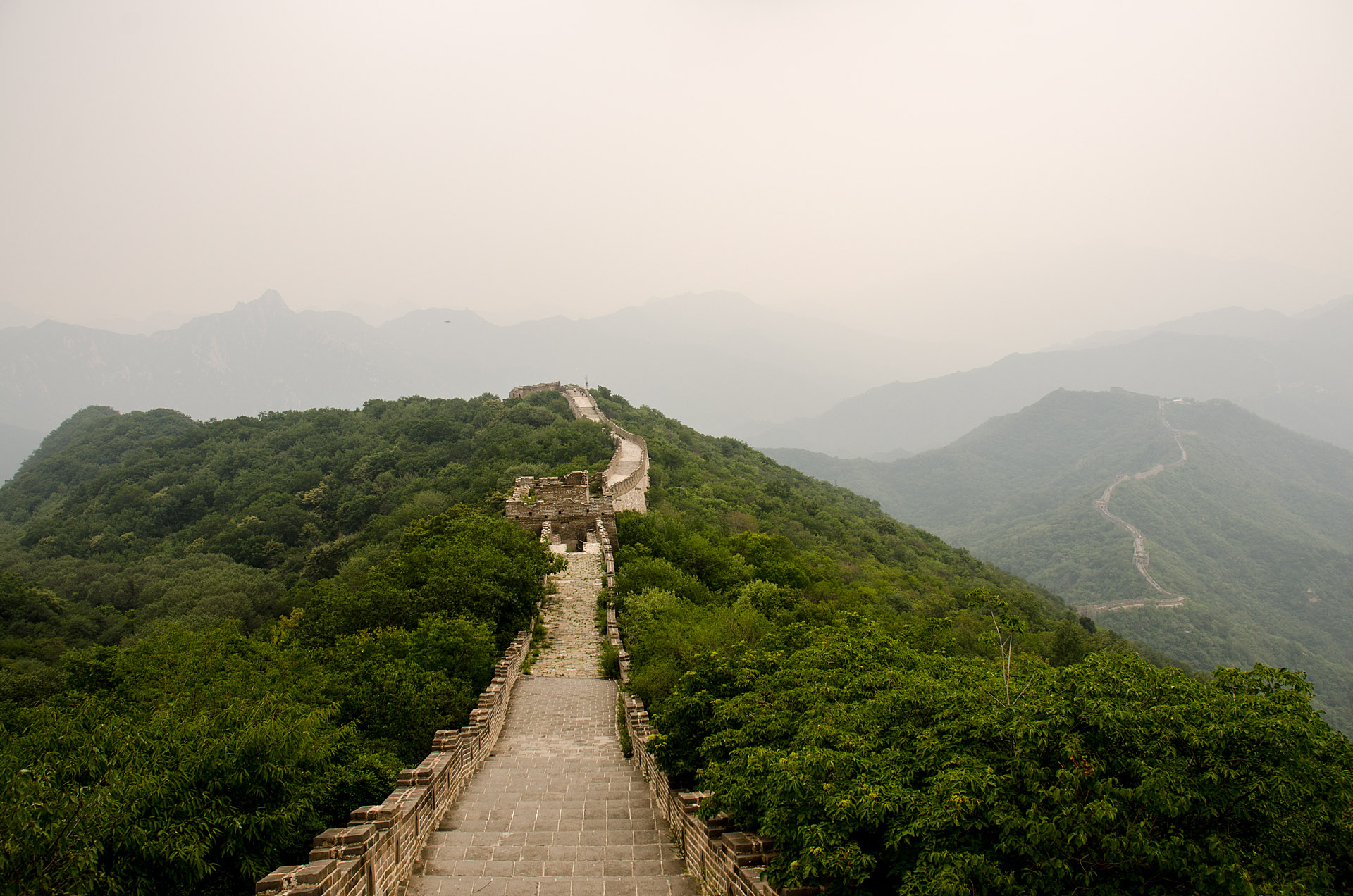 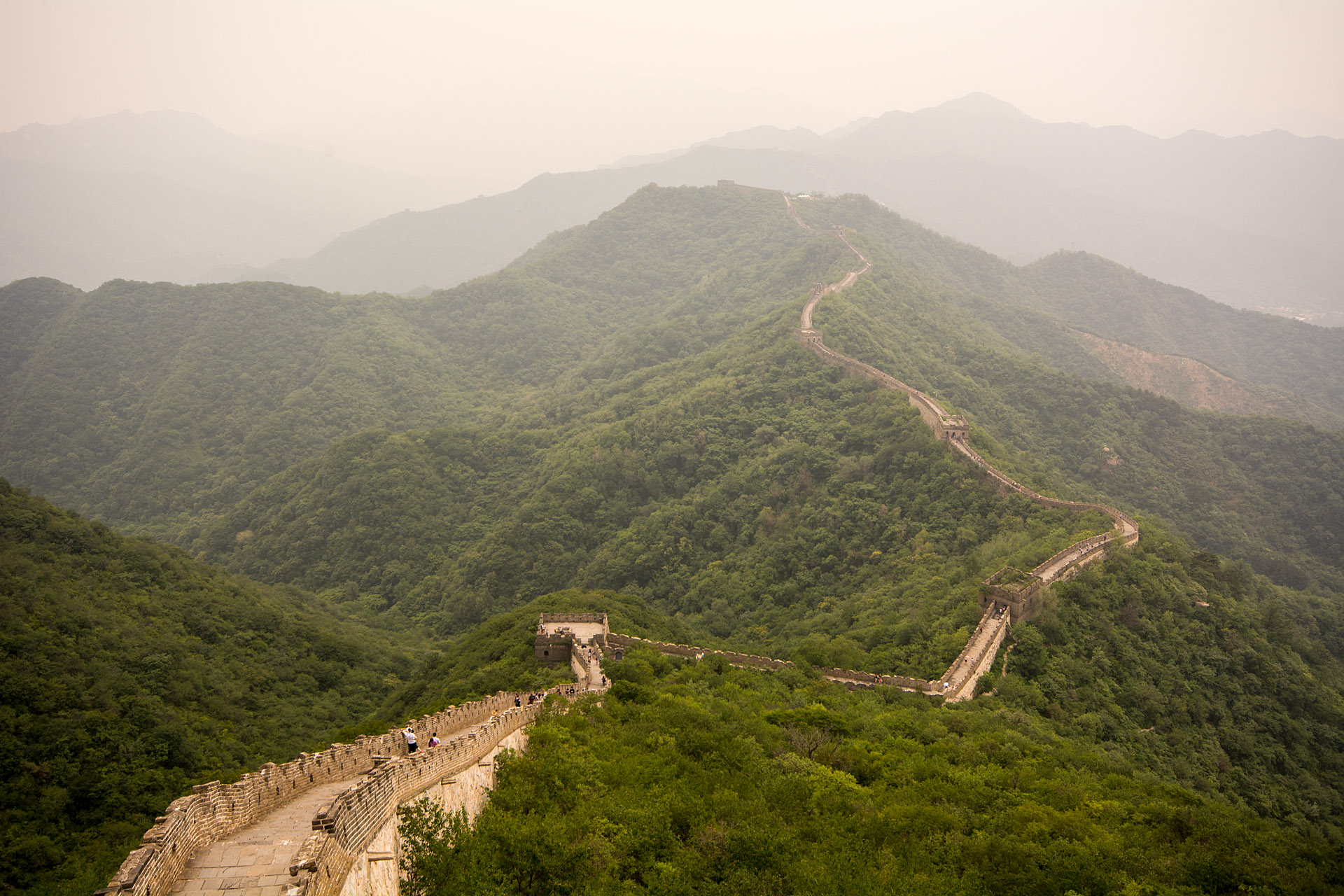 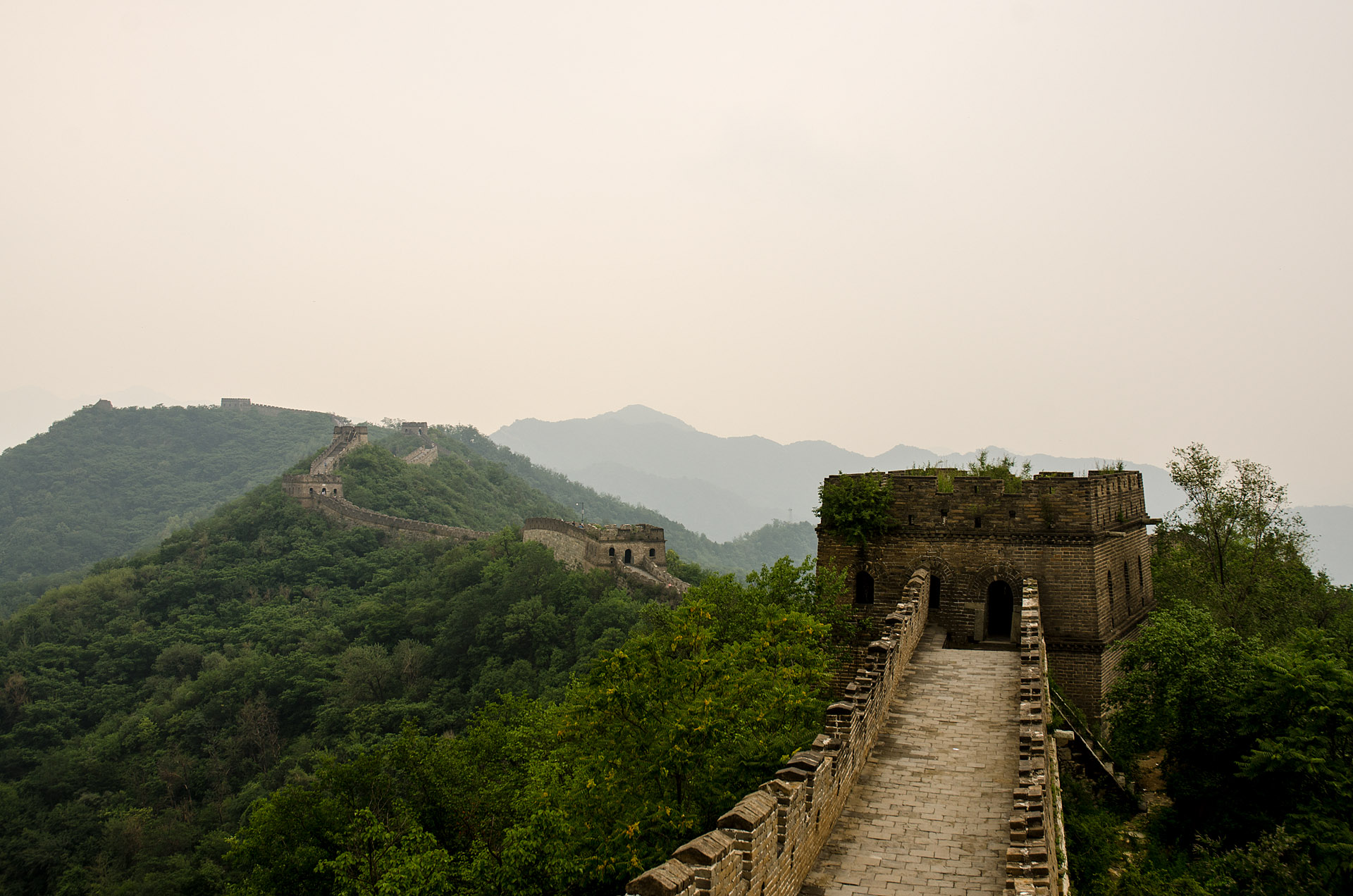 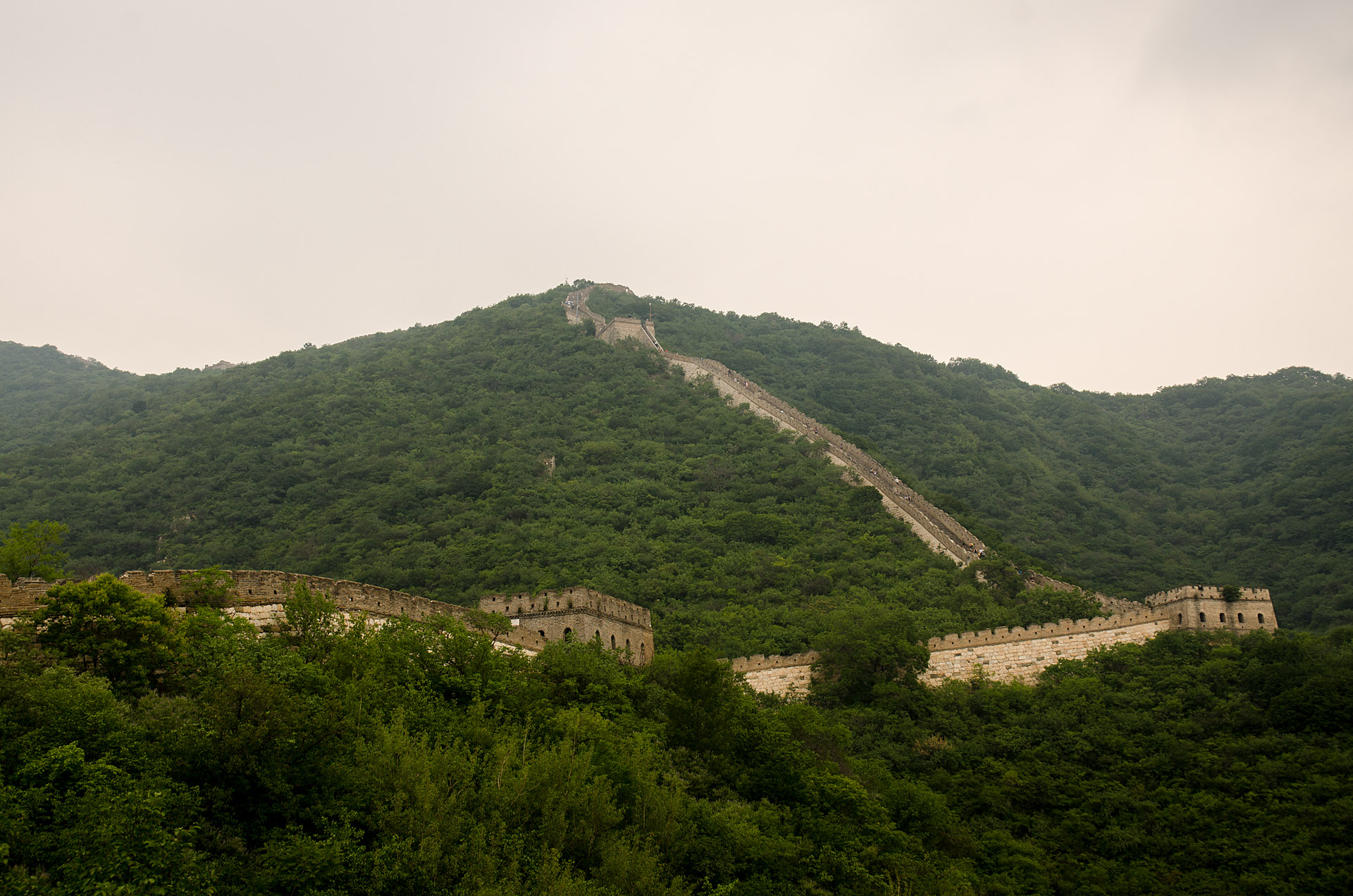 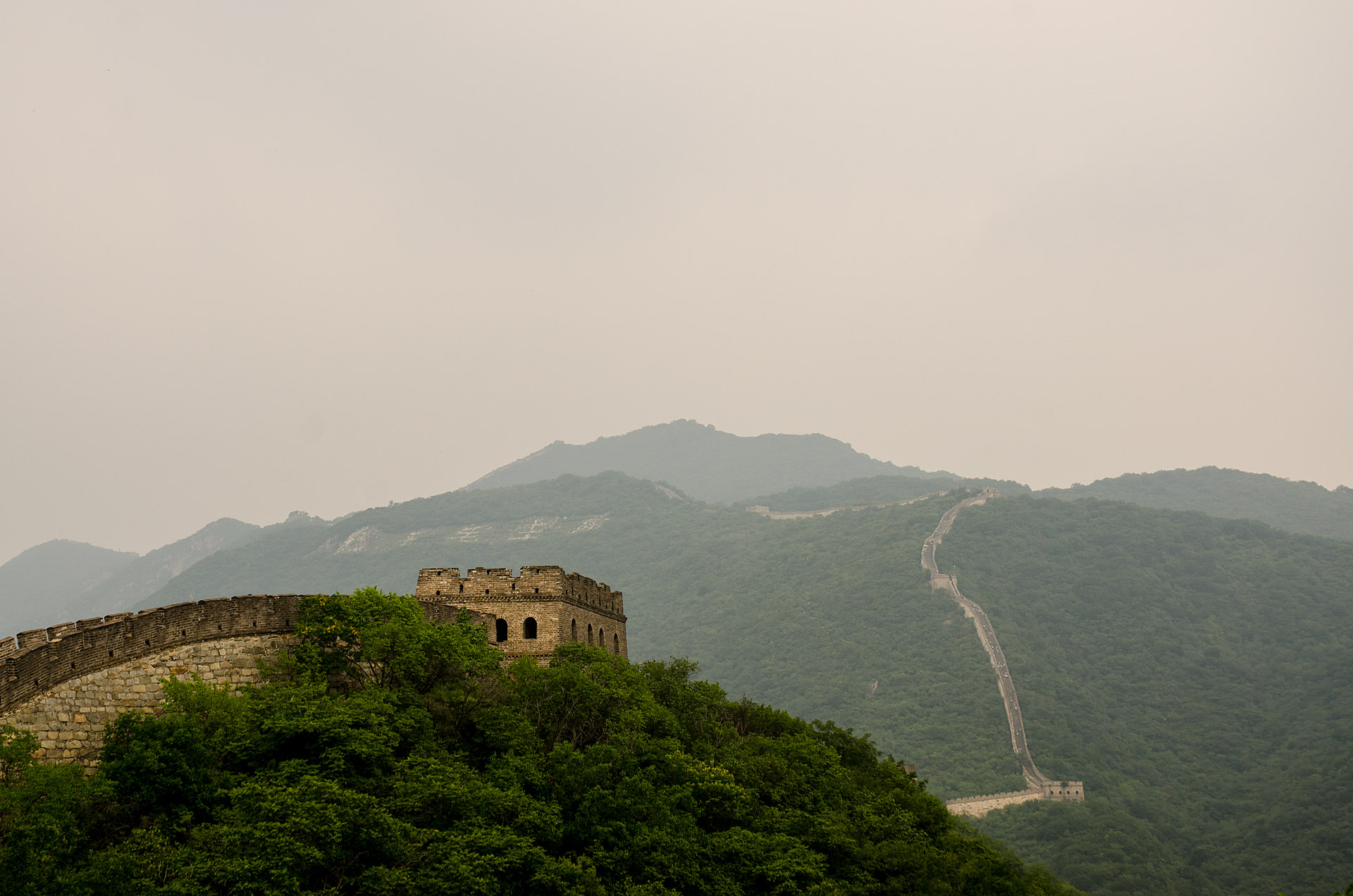 *Note: We hiked this portion of wall with Beijing Hikers, and would highly recommend their services.