Offering dozens of short ‘bush walks’ just a couple hours west of Sydney, Blue Mountains National Park is renowned for its unique beauty and wildlife. While an endless caravan of coach buses hauls tourists from Australia’s capital to the world-famous landmark of the Three Sisters, creating a veritable tourist hell in Katoomba, it’s quite easy to find solitude just a short drive away on the scenic trails of Blackheath, Wentworth Falls, and Leura. Many tourists visit the area simply as a day trip from the city – battling for prime real estate at Echo Point Lookout and quickly pointing their outstretched selfie sticks at the Three Sister’s iconic rock formations for their token snapshot. If you’ve got a couple days, though, and are willing to venture away from Katoomba’s all-too-crowded tracks, the Blue Mountains are an outdoor lover’s dream.

If you’re looking an awesome view away from the peril of hundreds of flailing selfie sticks, head to Blackheath where Evan’s Lookout and Govett’s Leap offer spectacular panoramas of the vast Grose Valley… views that easily rival those in Katoomba. Moreover, if you’re looking for a quiet bush walk that offers lush forests, cascading falls, and vibrant bird life, consider this route that takes in the views along the cliff top before descending down into the valley to Rodriguez Pass.

We arrived at the lookout for Govett’s Leap in the afternoon, as the morning rains had kept us away from the trails. Despite some conflicting trail information – one site indicating the hike to be 6 km and a whopping 7 hours, while another site indicated the walk was 10 km and 5 hours – and the sky still threatening, we headed out to see what the hike was like. The circuit track starts at the Govett’s Leap overlook, where a vertical spray of water plunges from the edge of a sheer escarpment. Headed south, the dirt trail winds its way along the top of the cliff toward Barrow Lookout and ultimately Evan’s Lookout, providing numerous panoramas of the surrounding plateaus and the rich, green valley below. The track eventually turns and slopes down toward Beauchamp Falls and the Grand Canyon, a steep (and slick) descent over loose boulders and stone steps that winds back and forth through the humid canyon to Greaves Creek. We quickly found ourselves surrounded by a lush, emerald forest that blanketed us with ferns and mosses as we tramped through the cool, damp air.

After dropping down into the Grose Valley, the trail eventually transforms into a level, sandy track along Govett’s and Greaves Flats and the rainforest-like climate you experience during the descent vanishes into a sparse forest, full of spindly saplings as it follows gurgling Govett’s Creek. Tiny skinks and water dragons patrolled the banks alongside us as we listened to the birds chattering in the tops of the towering canopy. After a relatively quick walk along the valley floor, we arrived at Junction Rock* – a large boulder at the convergence of several trails – and made a left turn back uphill. The forest track ends at the base of Govett’s Leap, where we were treated to a view from beneath the towering waterfall. We enjoyed the spectacle of the wind whipping the cascading spray around and snapped a few photos before resuming the last section of the hike: a combination of stone, metal and wooden stairs that thread their way back up the wall to the top of the plateau. While precarious in places, the stairs provide a quick exit out of the valley and offer up a few more scenic views before returning to the car park on Govett’s Leap Road. 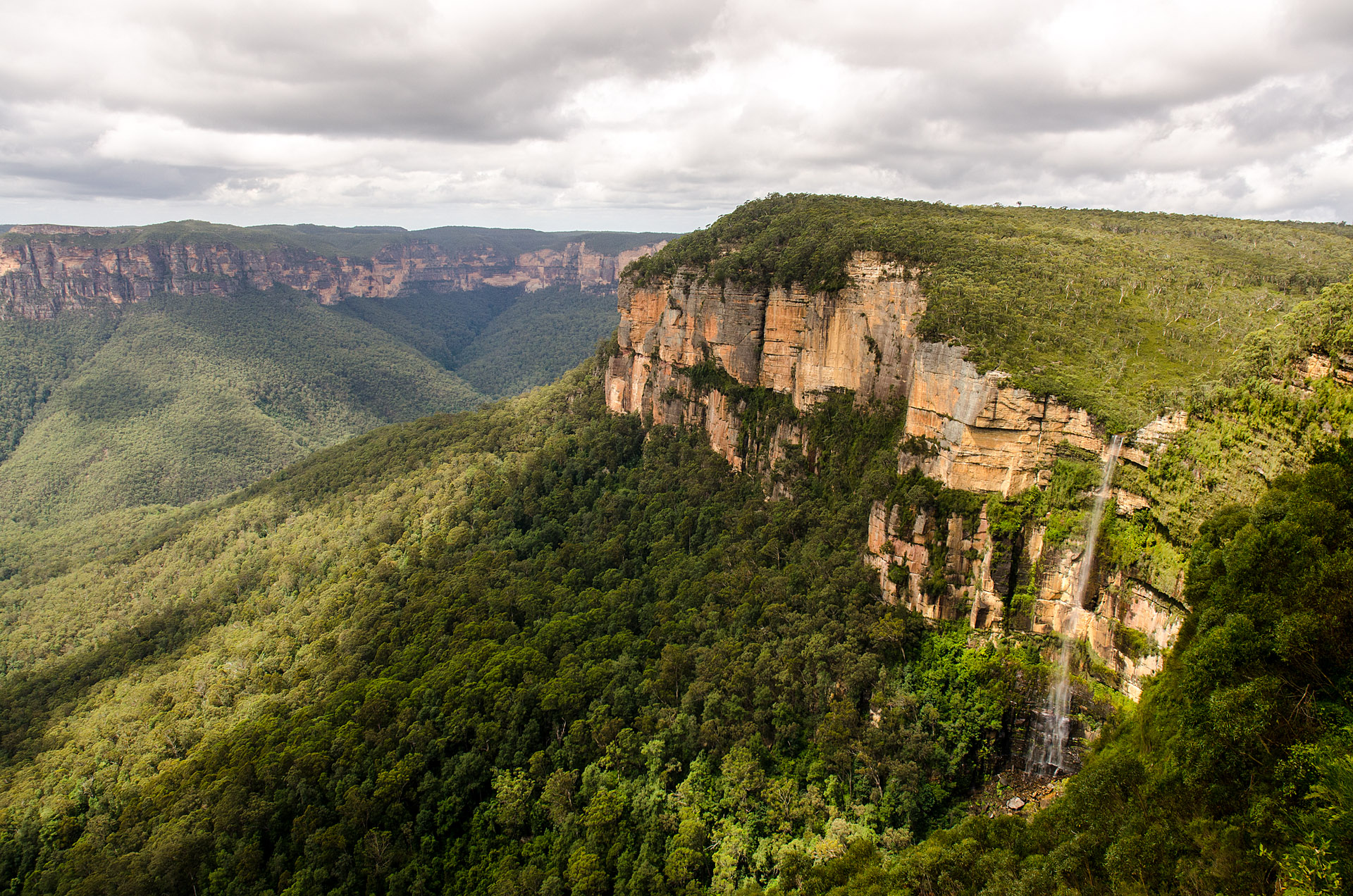 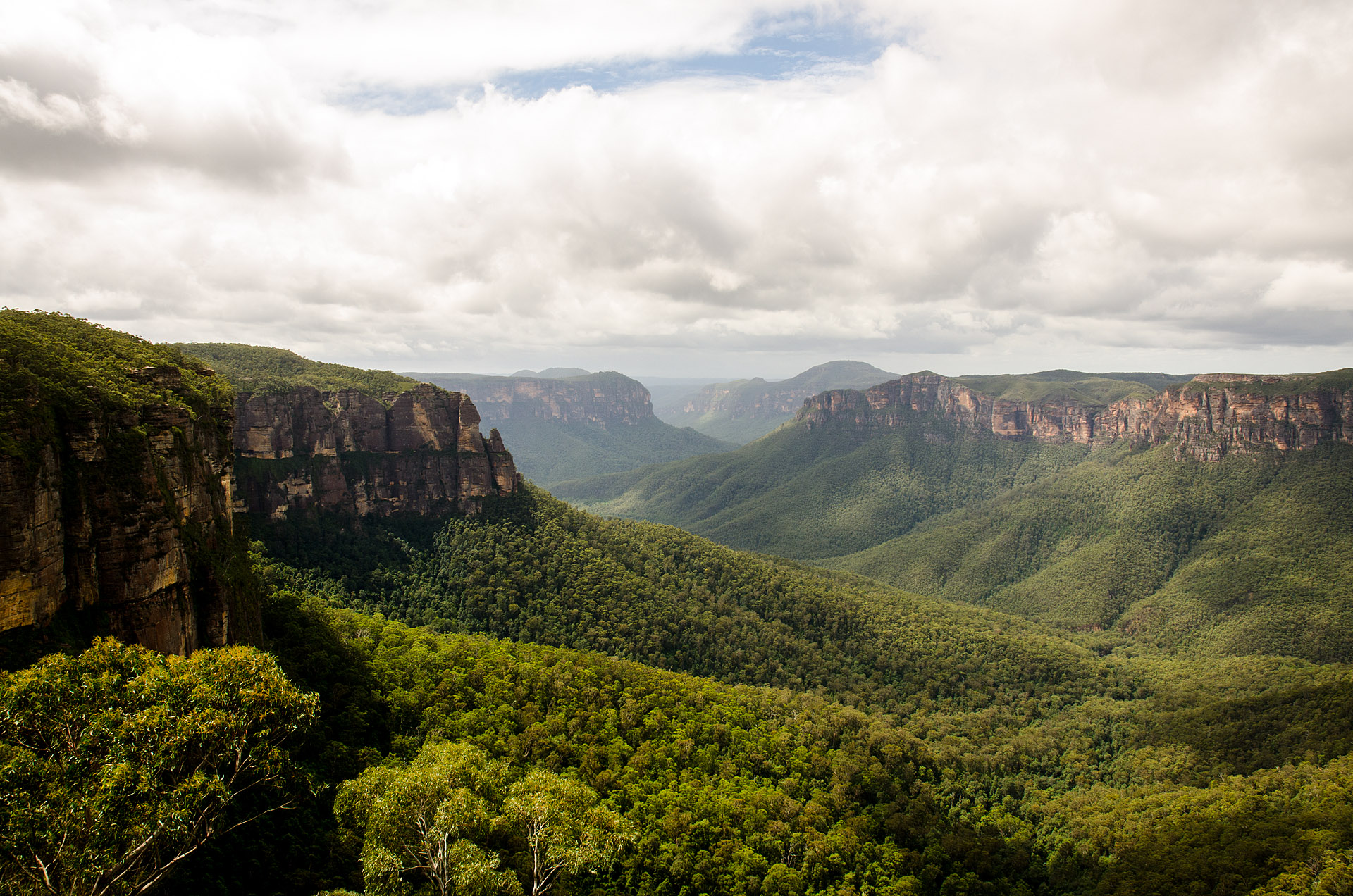 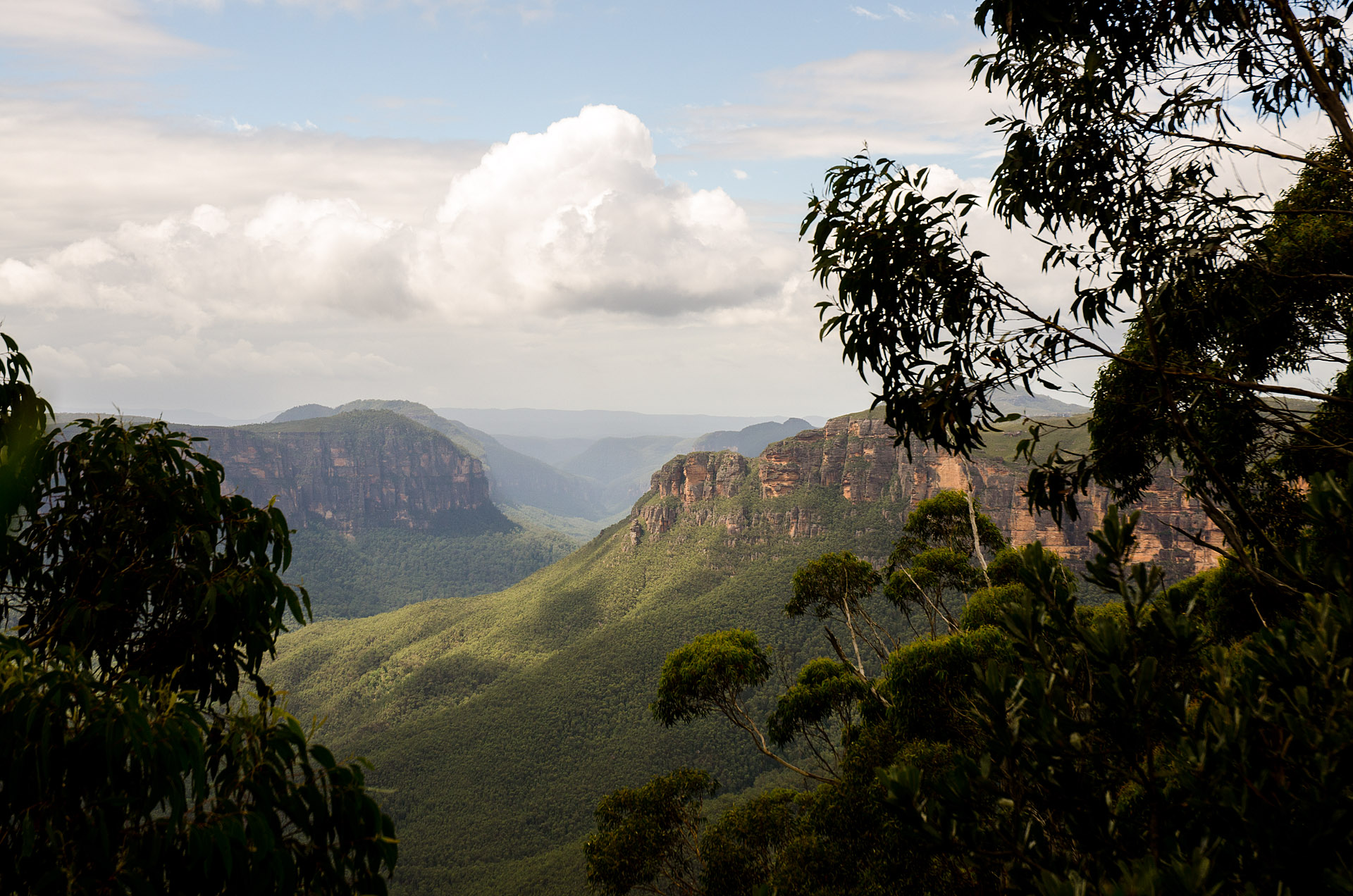 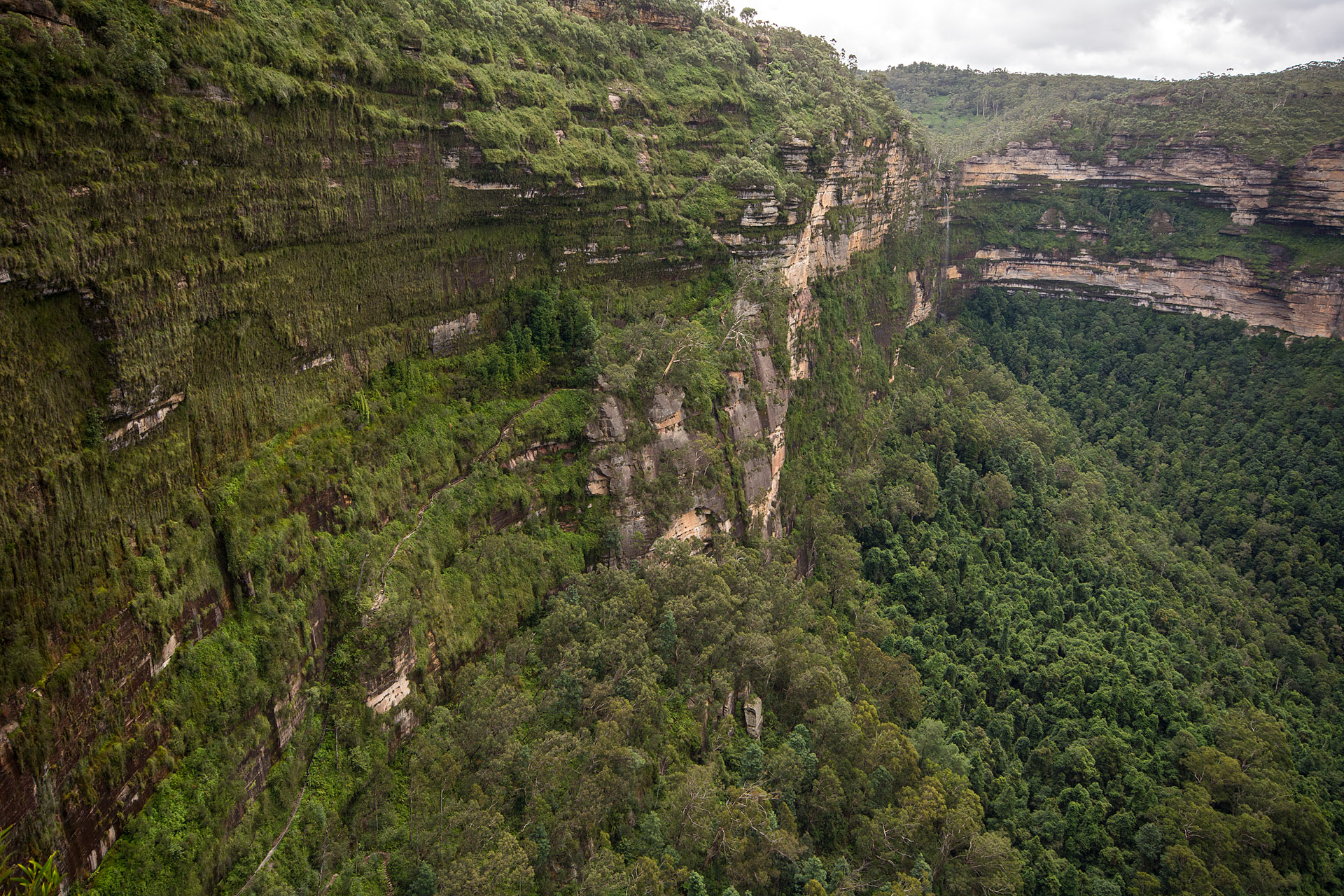 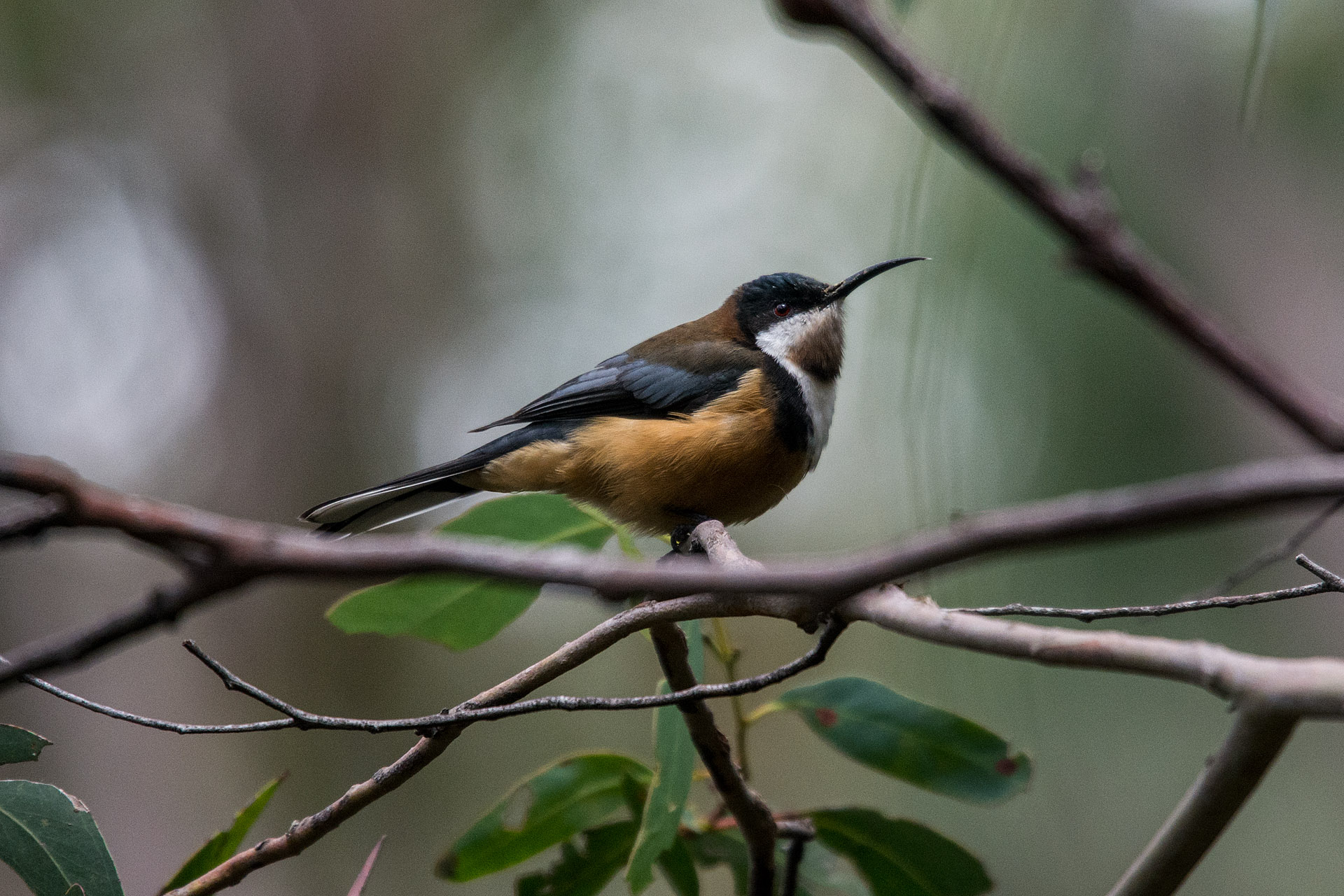 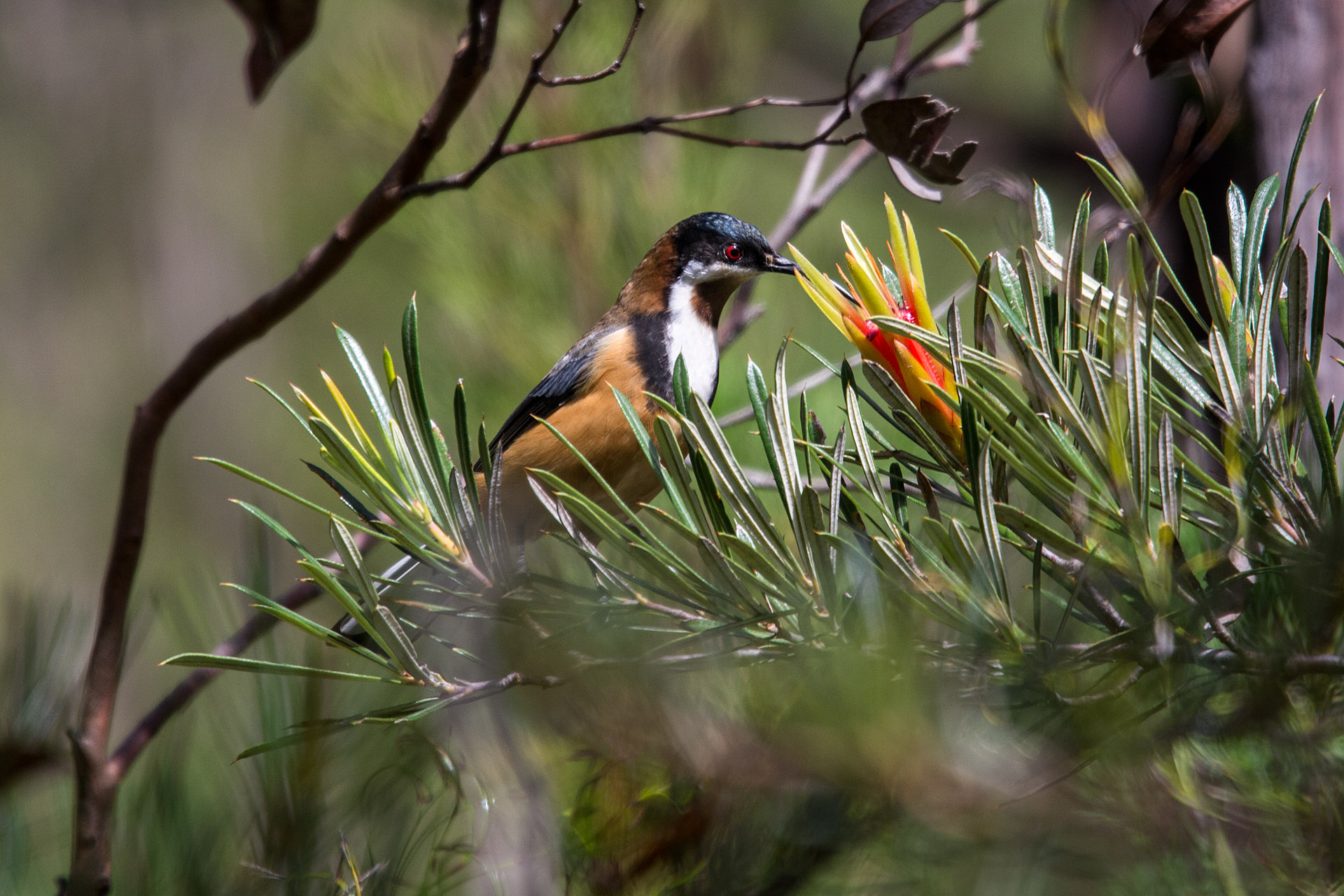 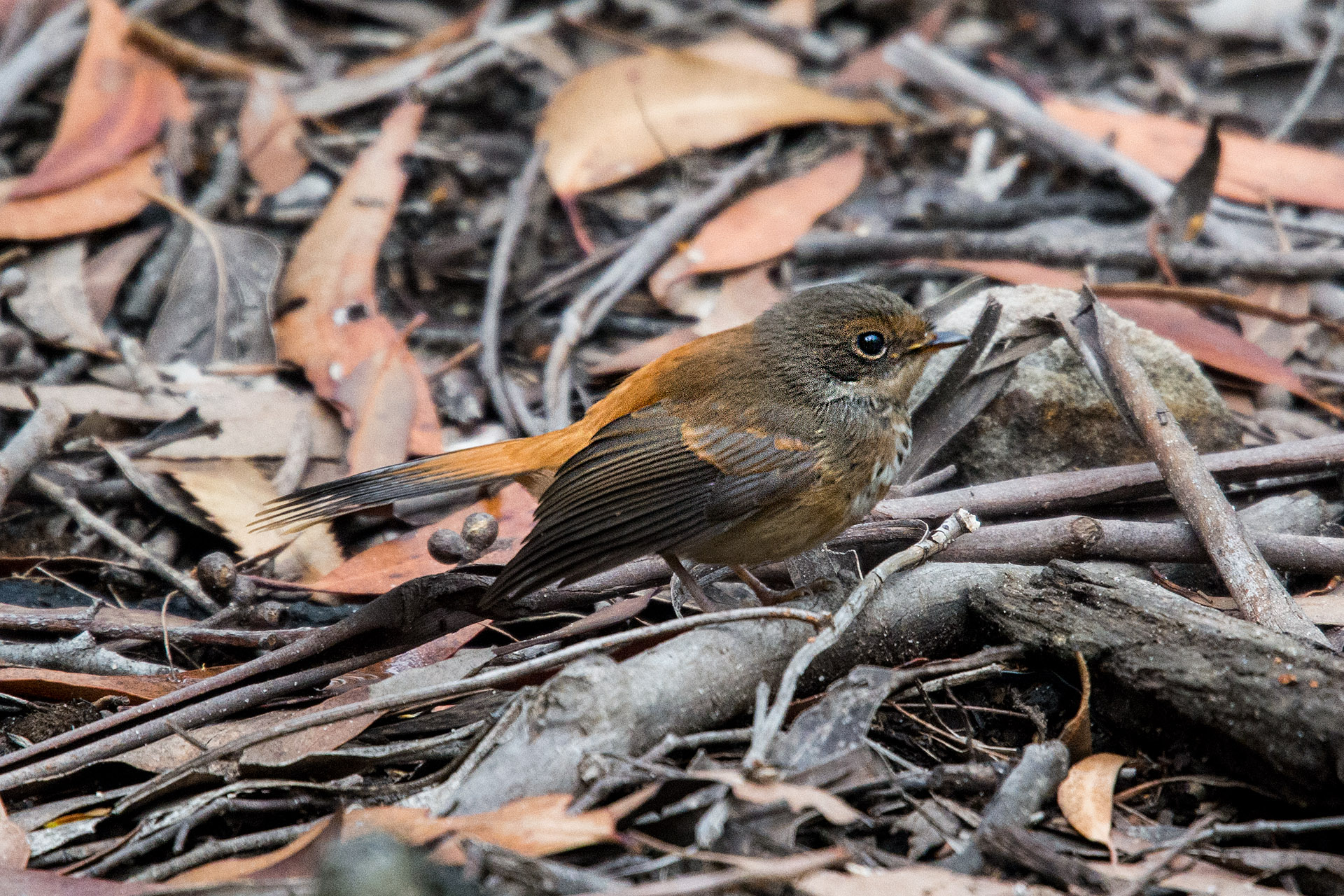 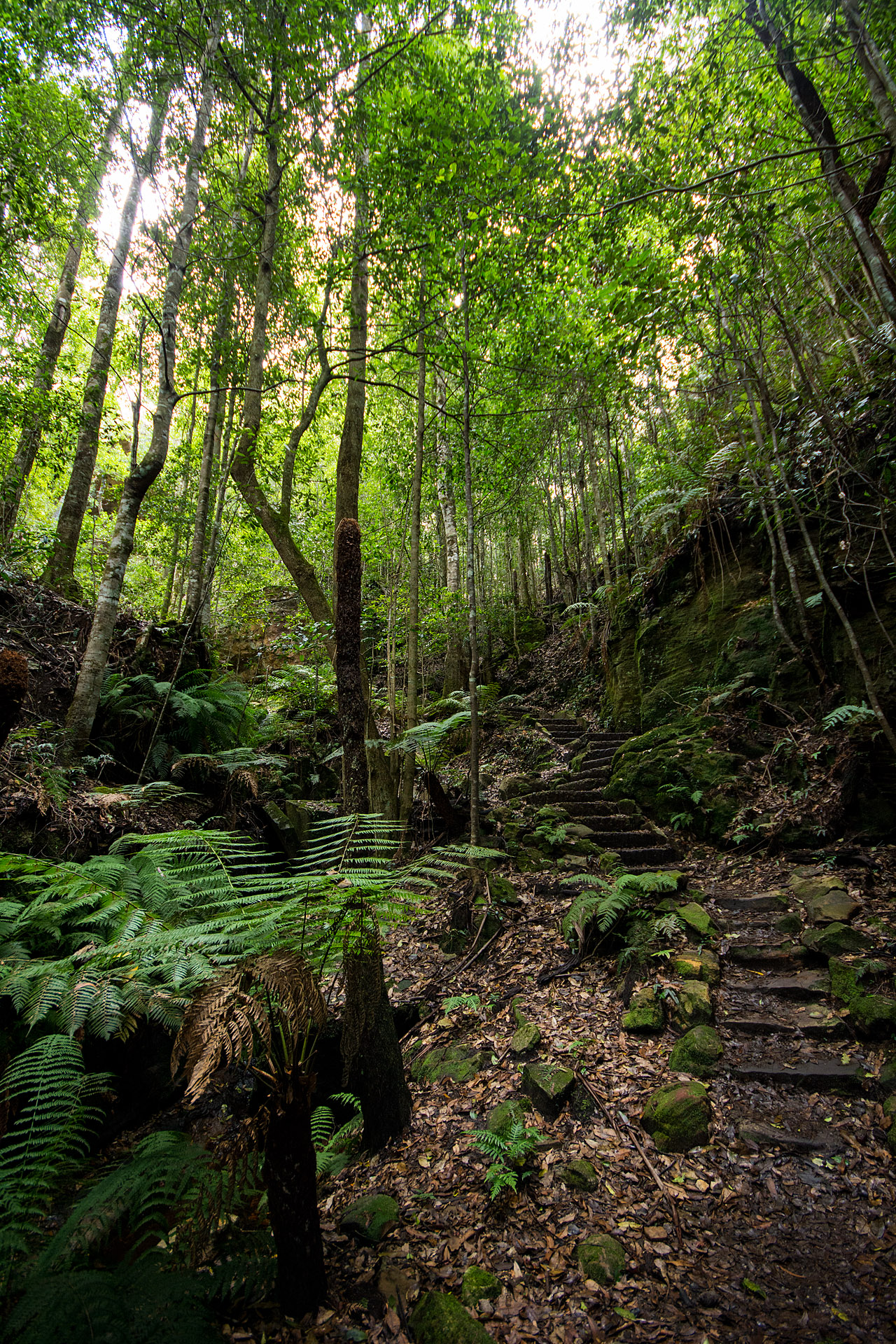 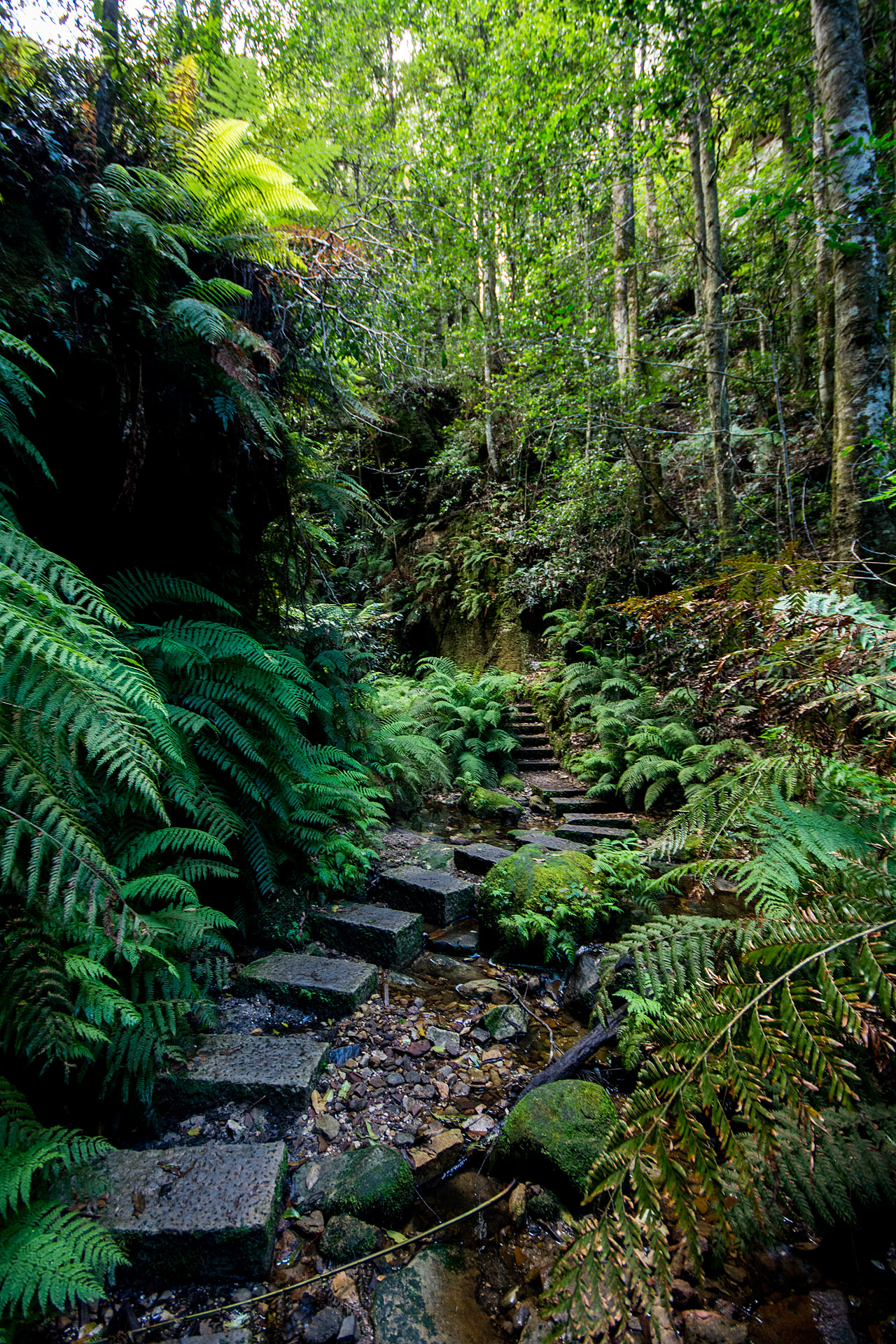 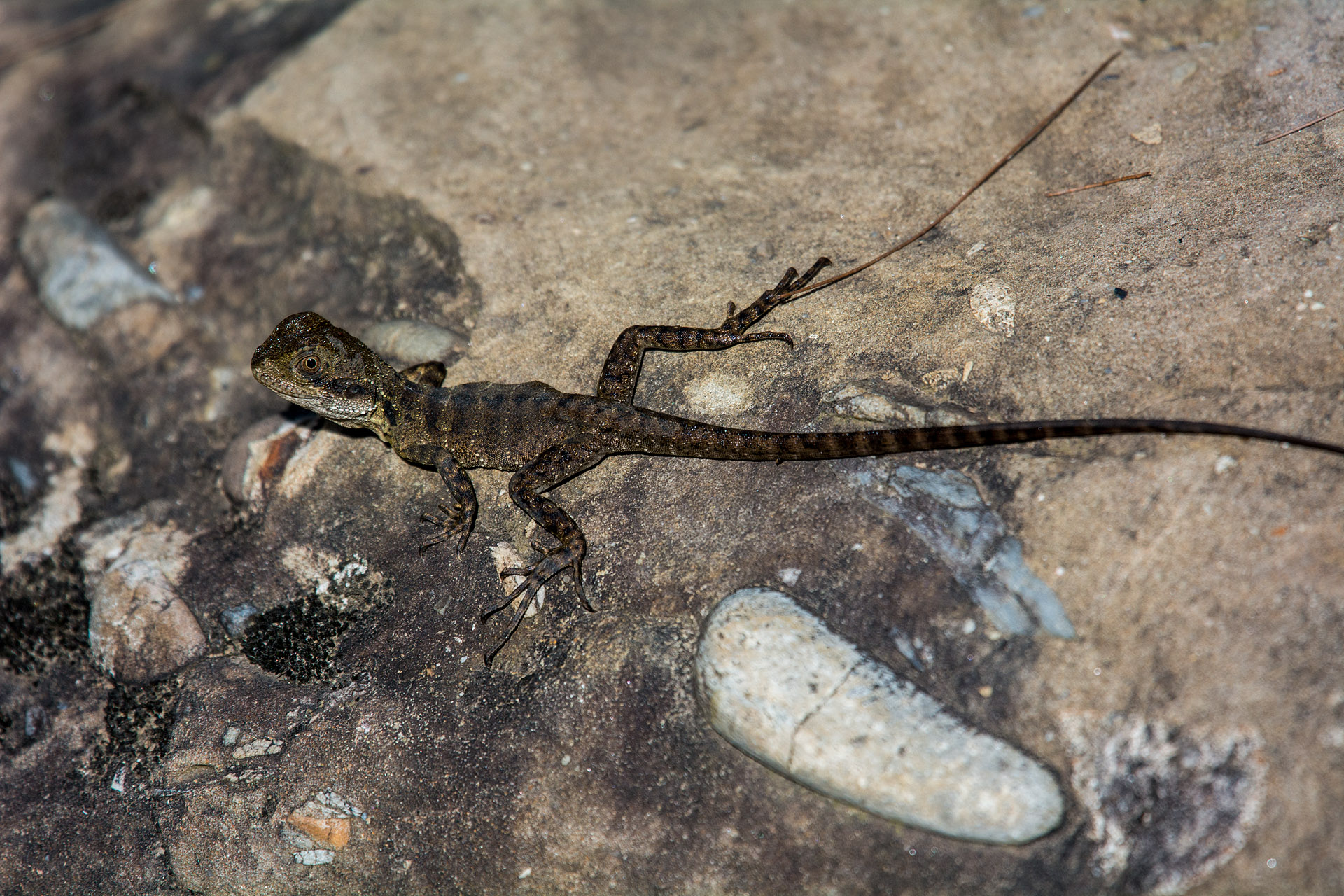 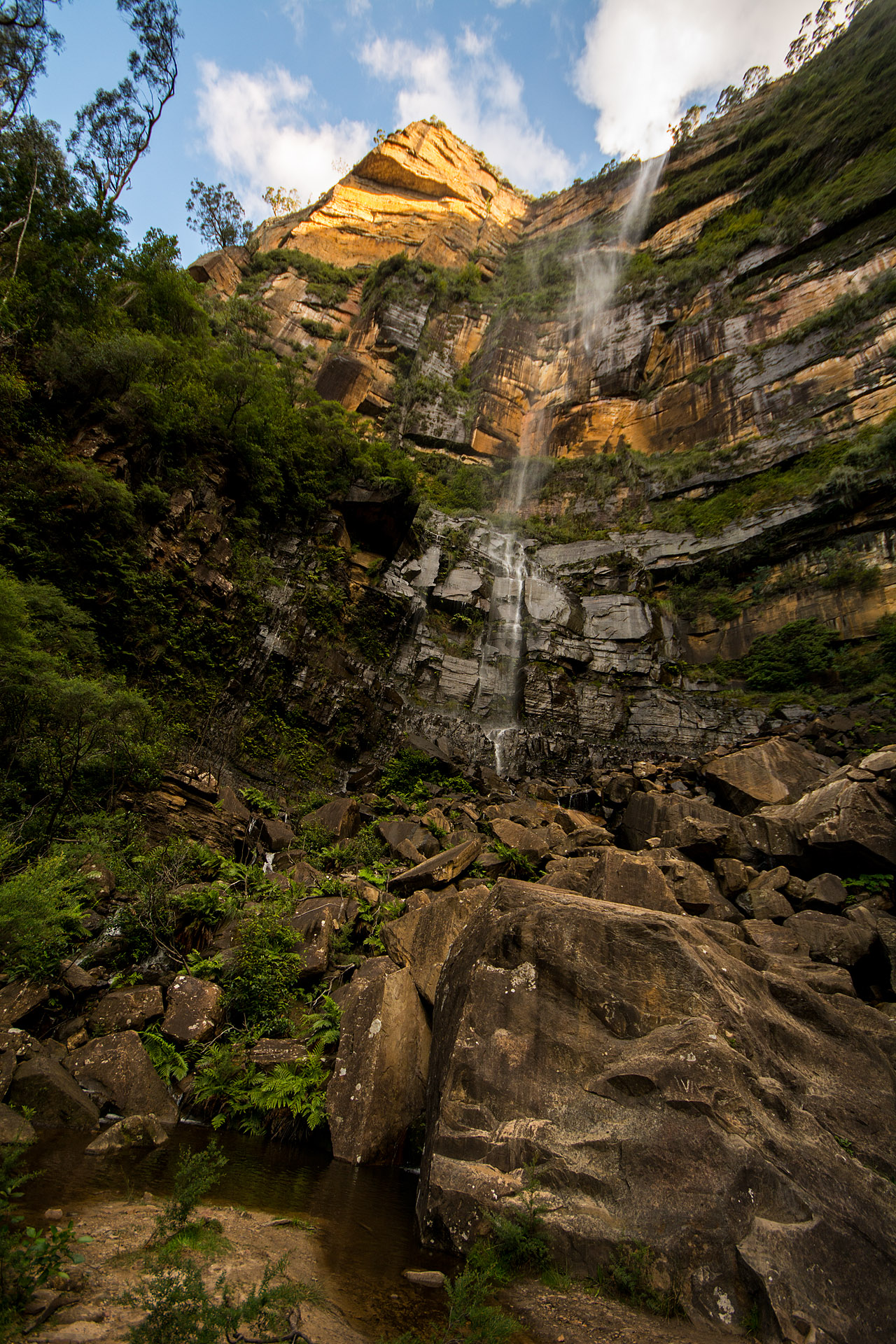 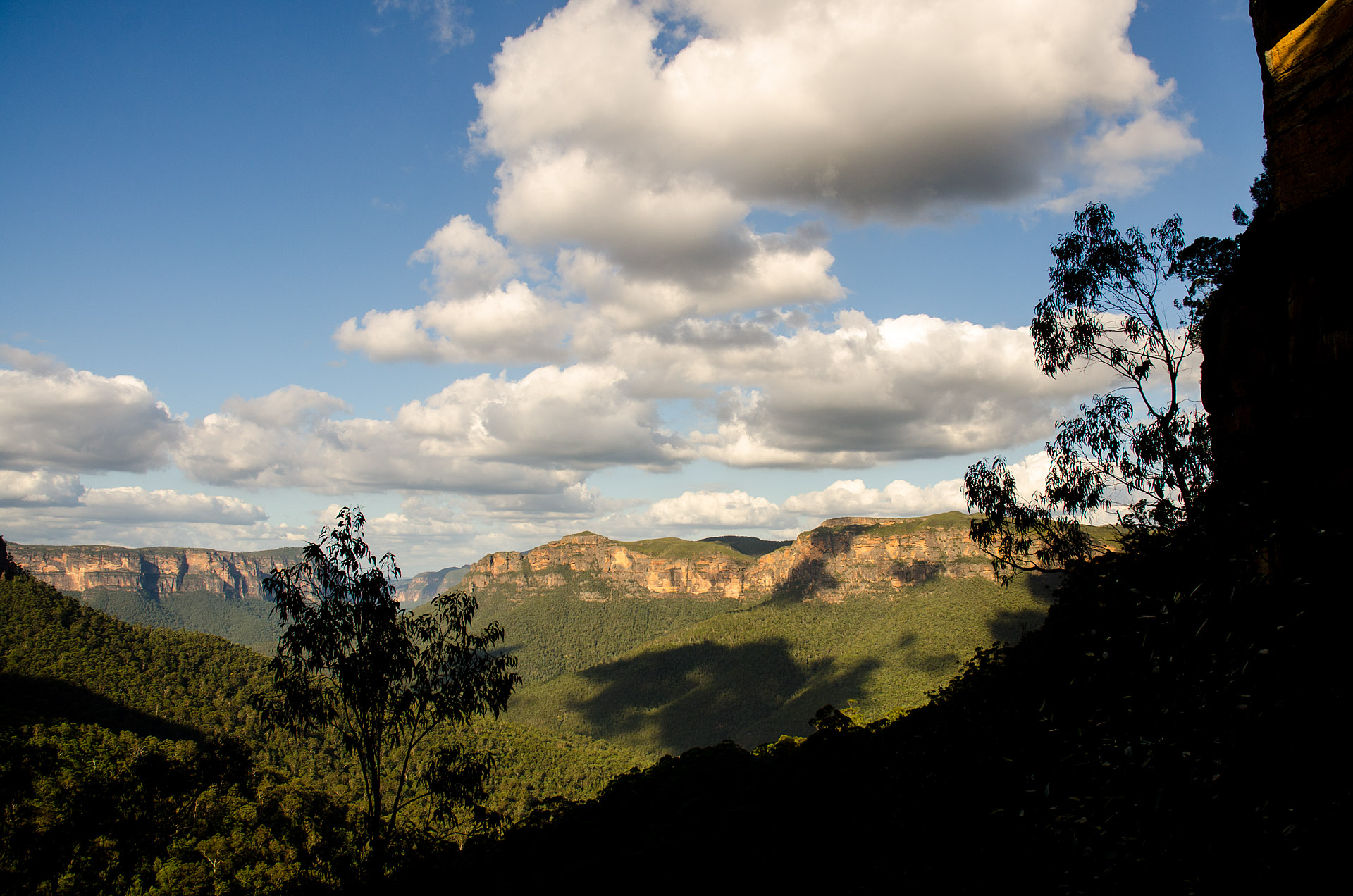 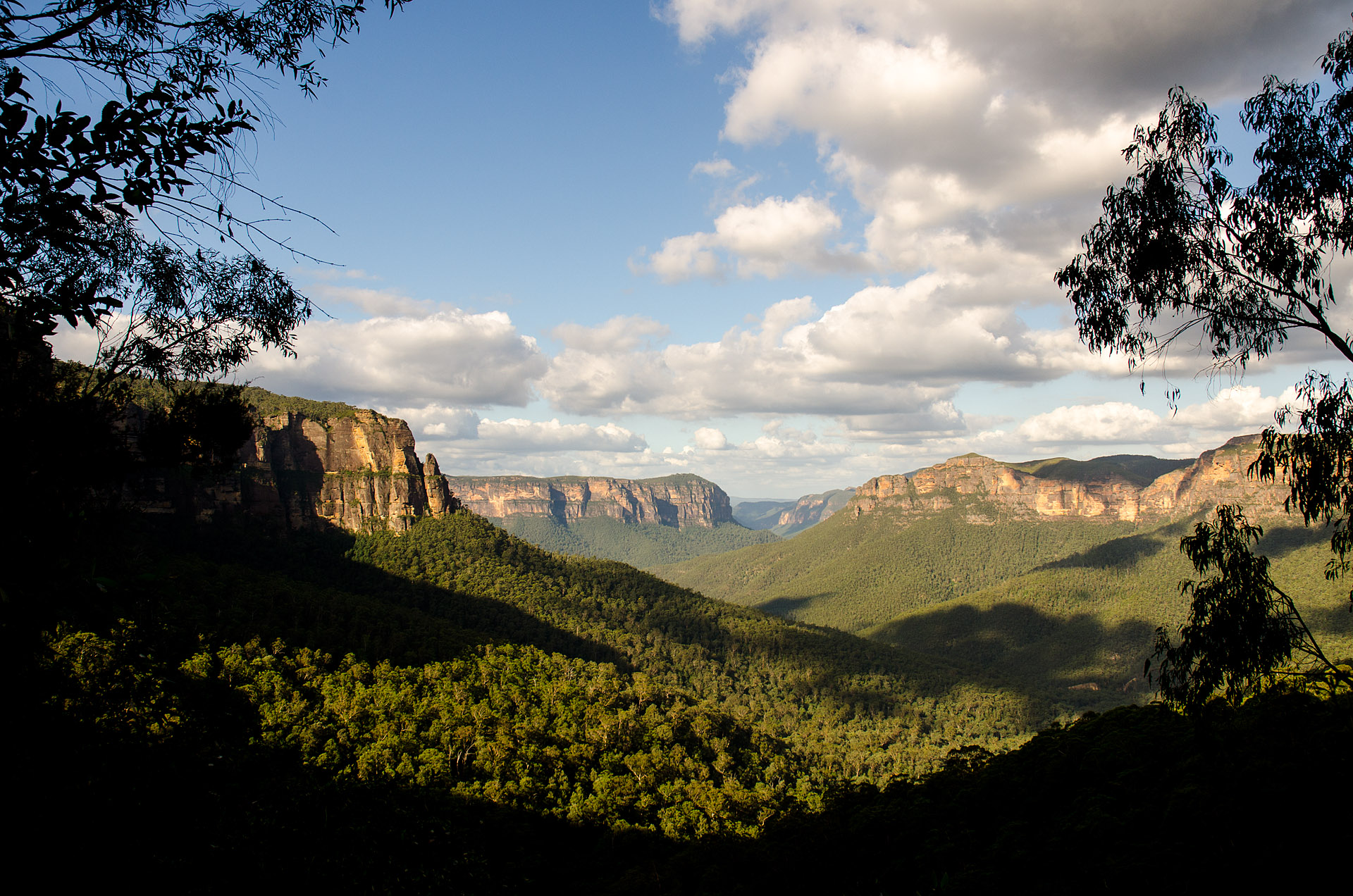 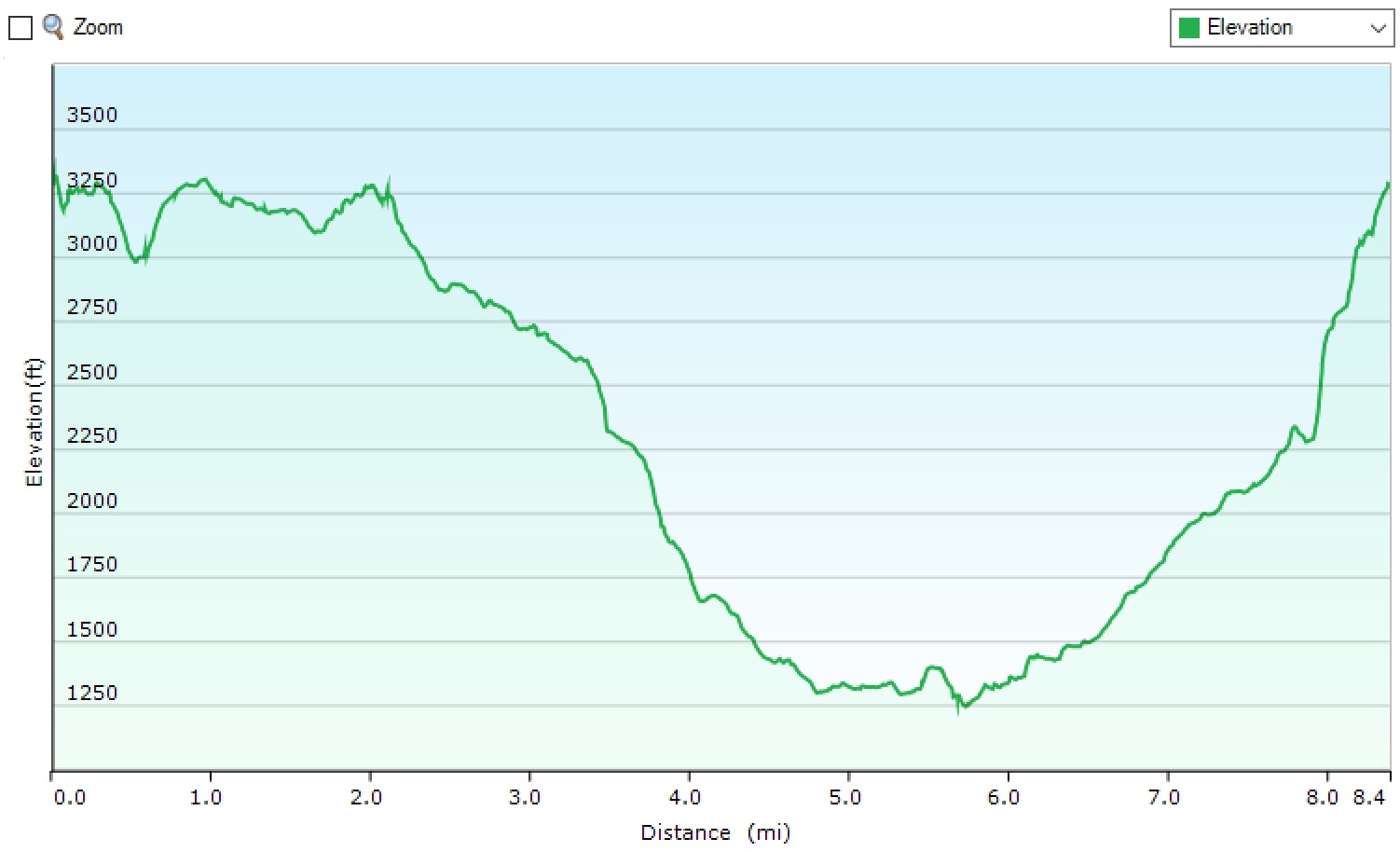 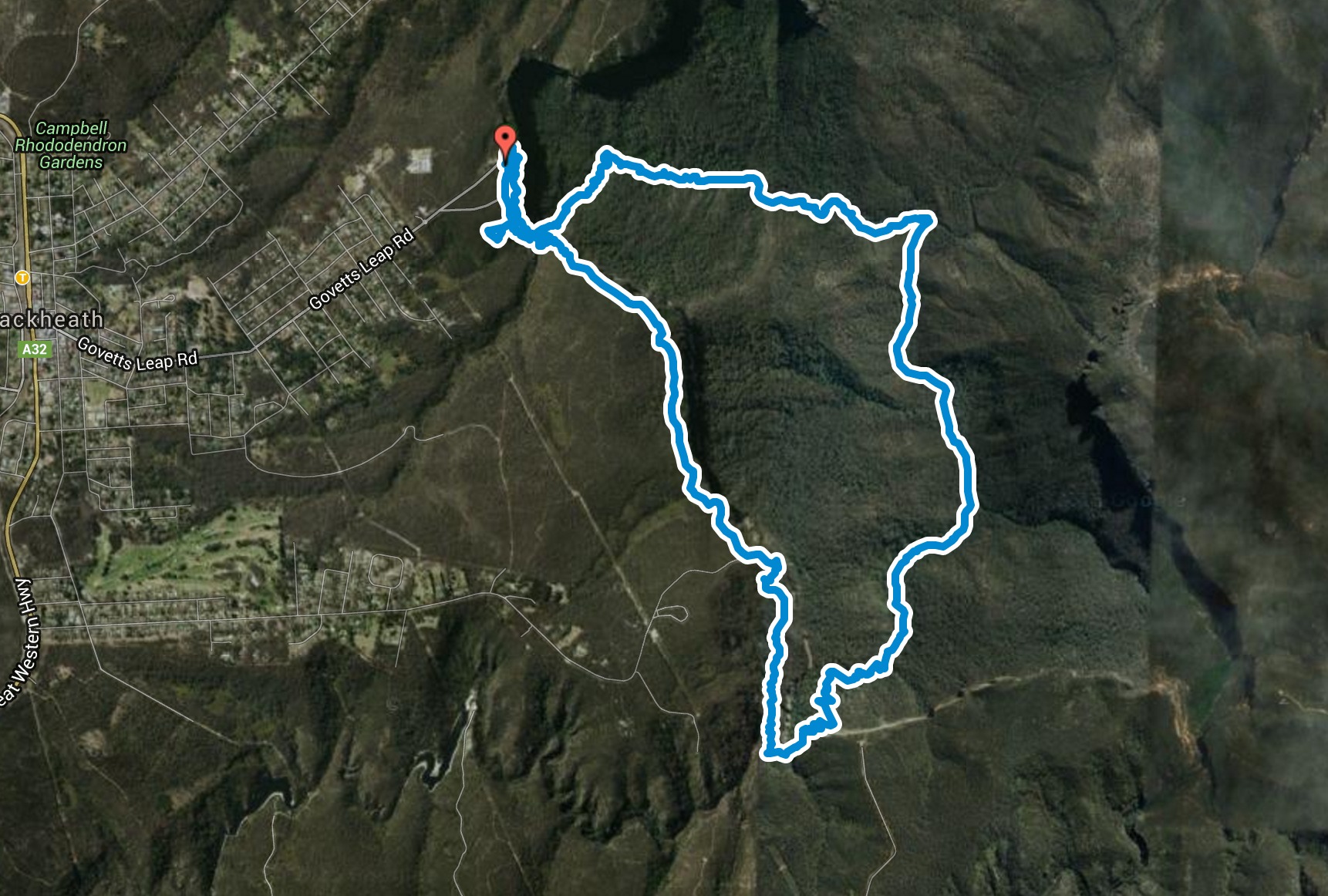 *Note: For this walk in particular, we found it especially helpful to have a map with us. While their is a signpost at Junction Rock, it can be easy to miss depending on which direction you’re traveling from. We approached Junction Rock from the south (Rodriguez Pass), and nearly missed the left-hand turn back toward Evan’s Lookout… which would have taken us on a longer route through the Blue Gum Forest (no big deal if we’d started the hike earlier in the day).