The Tarn Shelf Track is a bushwalking circuit that is part of Mt. Field National Park, one of Tasmania’s oldest national parks and a preserve that’s easily accessible from the southern city of Hobart. Despite some dense cloud cover, we made the hour and a half drive from the capital to the track’s entrance at Lake Dobson and set off with crossed fingers that we would avoid the rain – an act that quickly became habit during our visit, thanks to the isolated island’s notoriously unpredictable weather. Celebrated for its abundant wildlife and rugged landscape, we were anxious to explore a small corner of Tasmania’s vast protected wilderness (nearly half of Tasmania’s 26,000 square miles (68,000 square kilometers) is designated as protected park/reserve).

We were barely underway when a very large, jet-black snake slithered itself from almost under our feet. A few moments later, an echidna snuffled along through the underbrush and, upon noticing us, stuffed itself headfirst into some leaf litter and left us to admire his (or her) spiky backside. While this was a rather exciting start to the hike, the rest of the track ended up nearly devoid of wildlife.

The scenery was lovely, though, and unlike any landscape we’d seen before – barren, rough, and wild. We descended through a scrubby, temperate rainforest, where the beautiful, multicolored bark of the Snow Gum trees marked the way. After passing a couple of the namesake tarns, we came out of the trees to find a small mountain cabin next to a lake, filled with photos and artifacts from Tasmania’s first ski club, founded in the 1926 (the cabin was built the following year). From there, the trail turned uphill again, coming out of the forest into a flat, windblown zone where the warped, white trunks of dead trees littered the landscape like twisted fingers protruding from the underbrush.

This exposed, rock-strewn area was covered in small mountain streams, standing pools and larger tarns. The abundant water provides enough sustenance for a variety of hardy plants, growing low enough to escape the brunt of the wind and eke out a living. Among the plants living in this zone is the pandani, one of the world’s largest heaths, whose windblown, curled leaves stood out among its neighbors. The trail wound around rocky outcroppings, overlooking a fertile green valley and passing small lakes precariously perched on the edges of cliffs. Eventually, the trail began to descend again, and the familiar colored eucalyptus trees came into view before we found ourselves back at the trailhead. 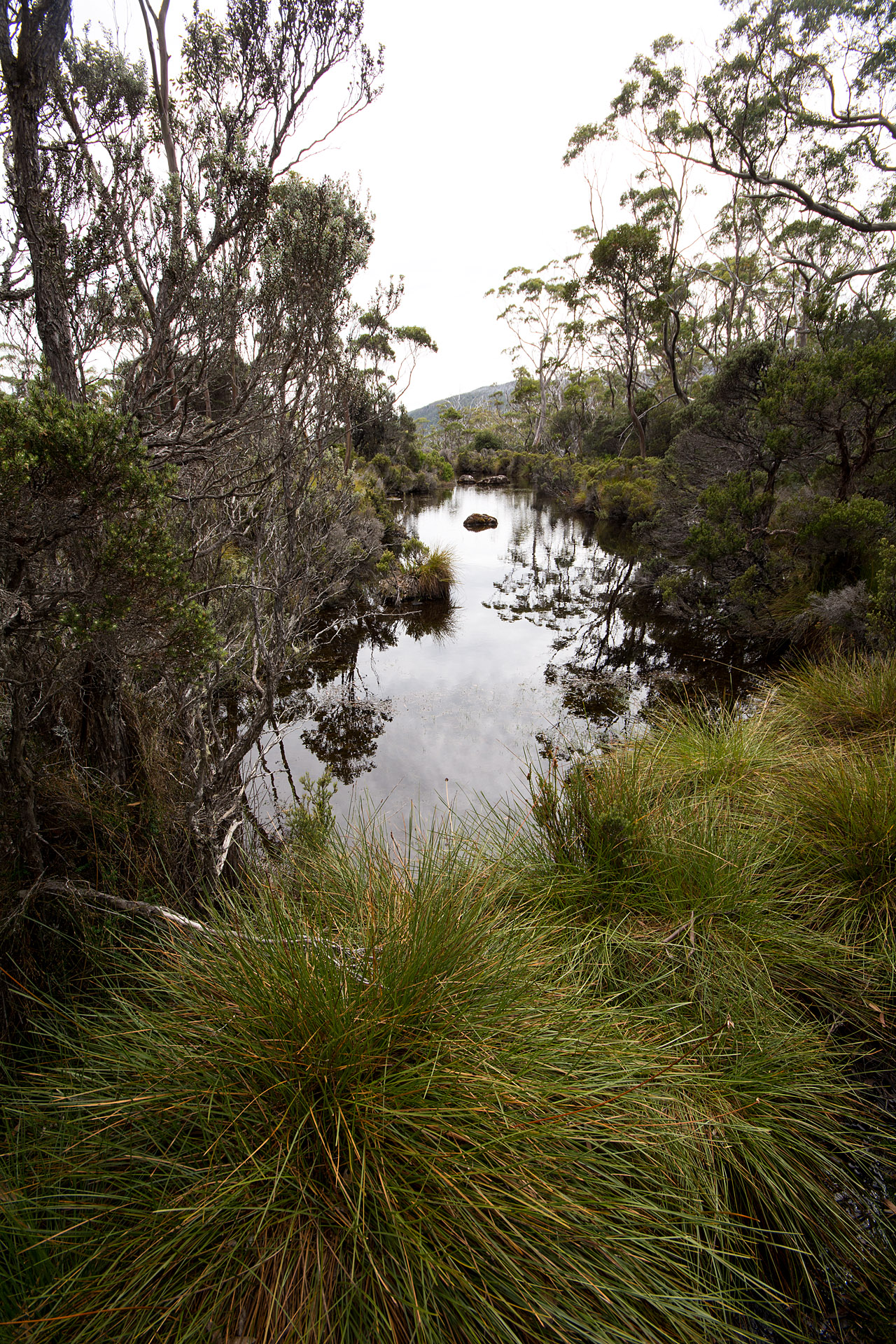 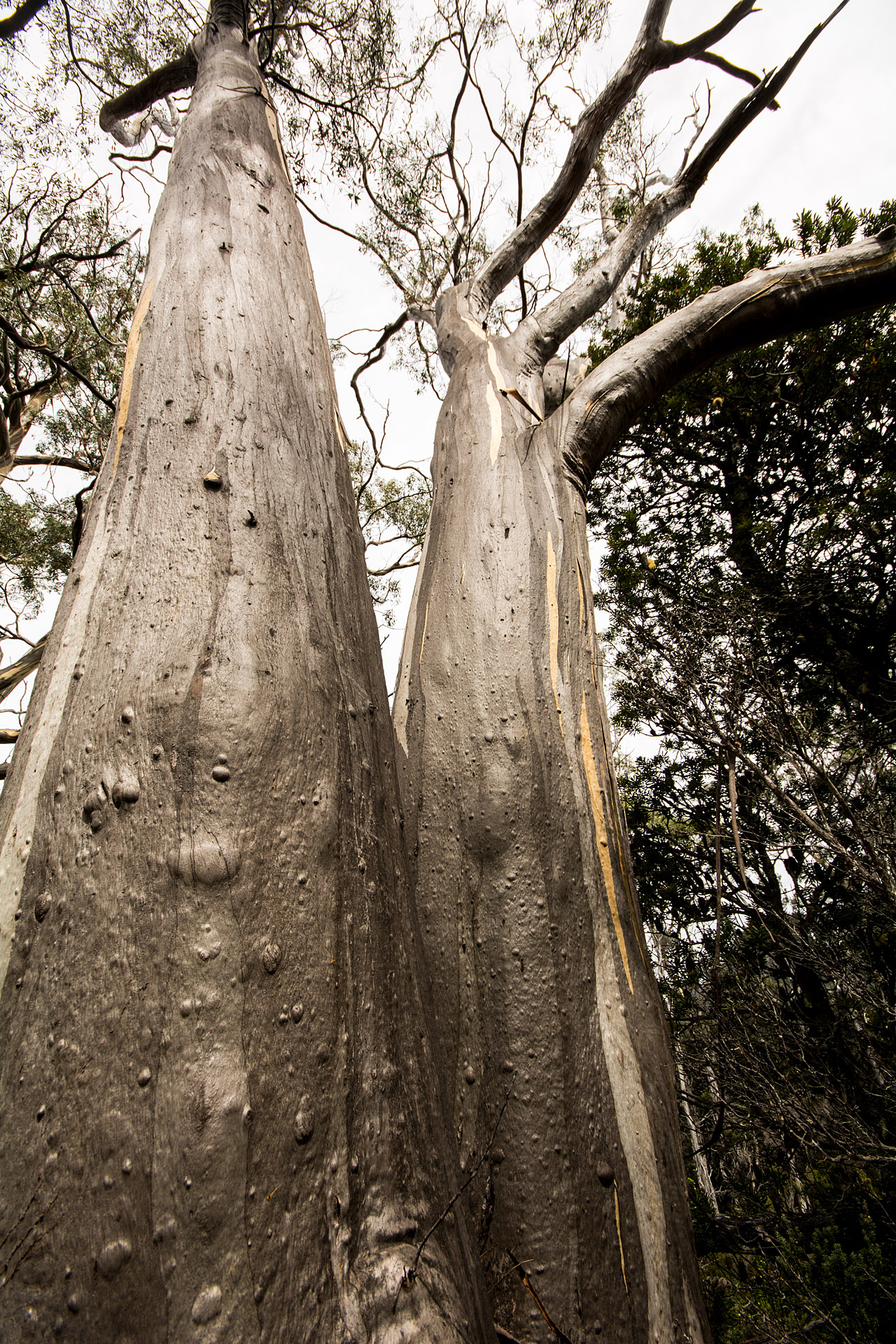 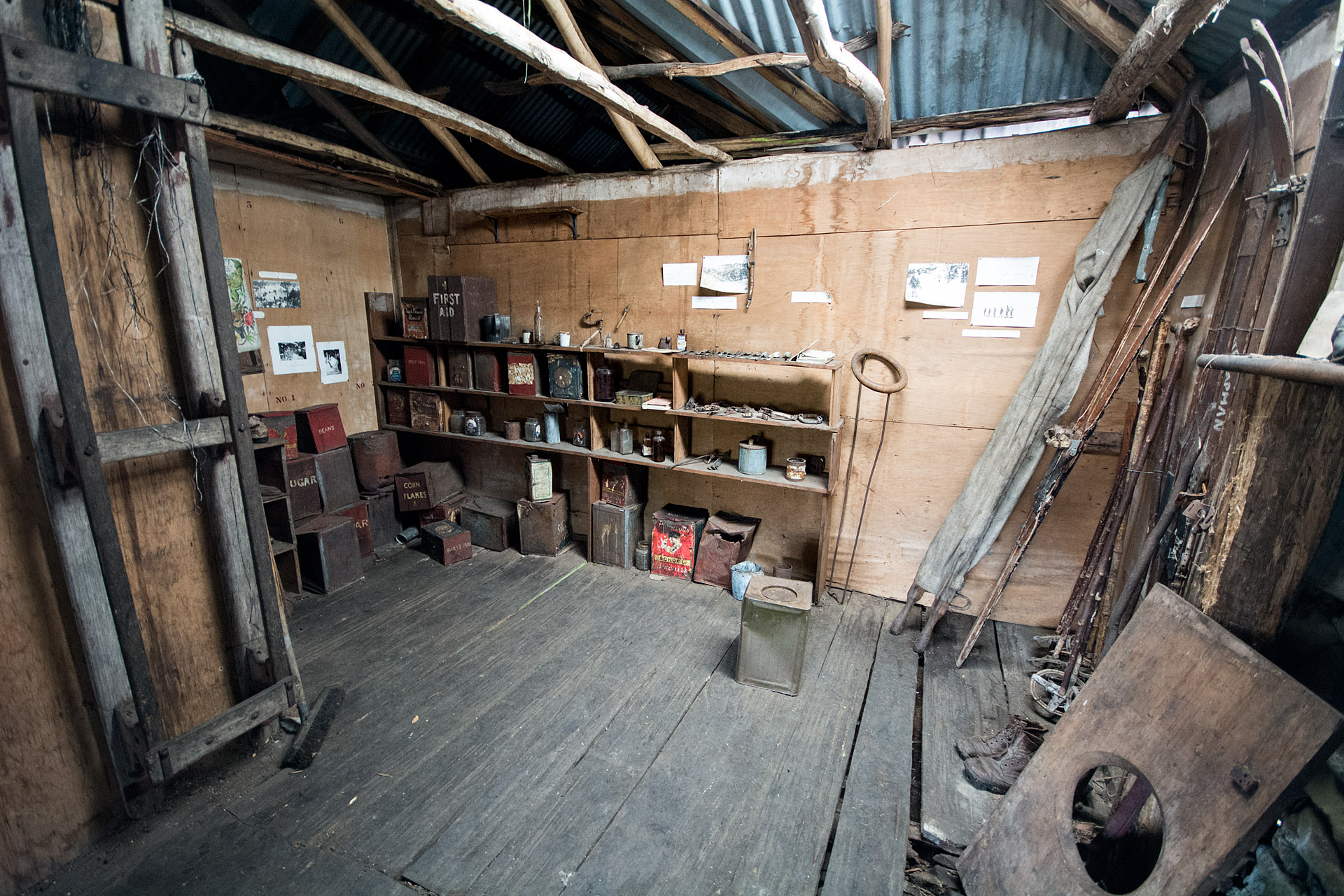 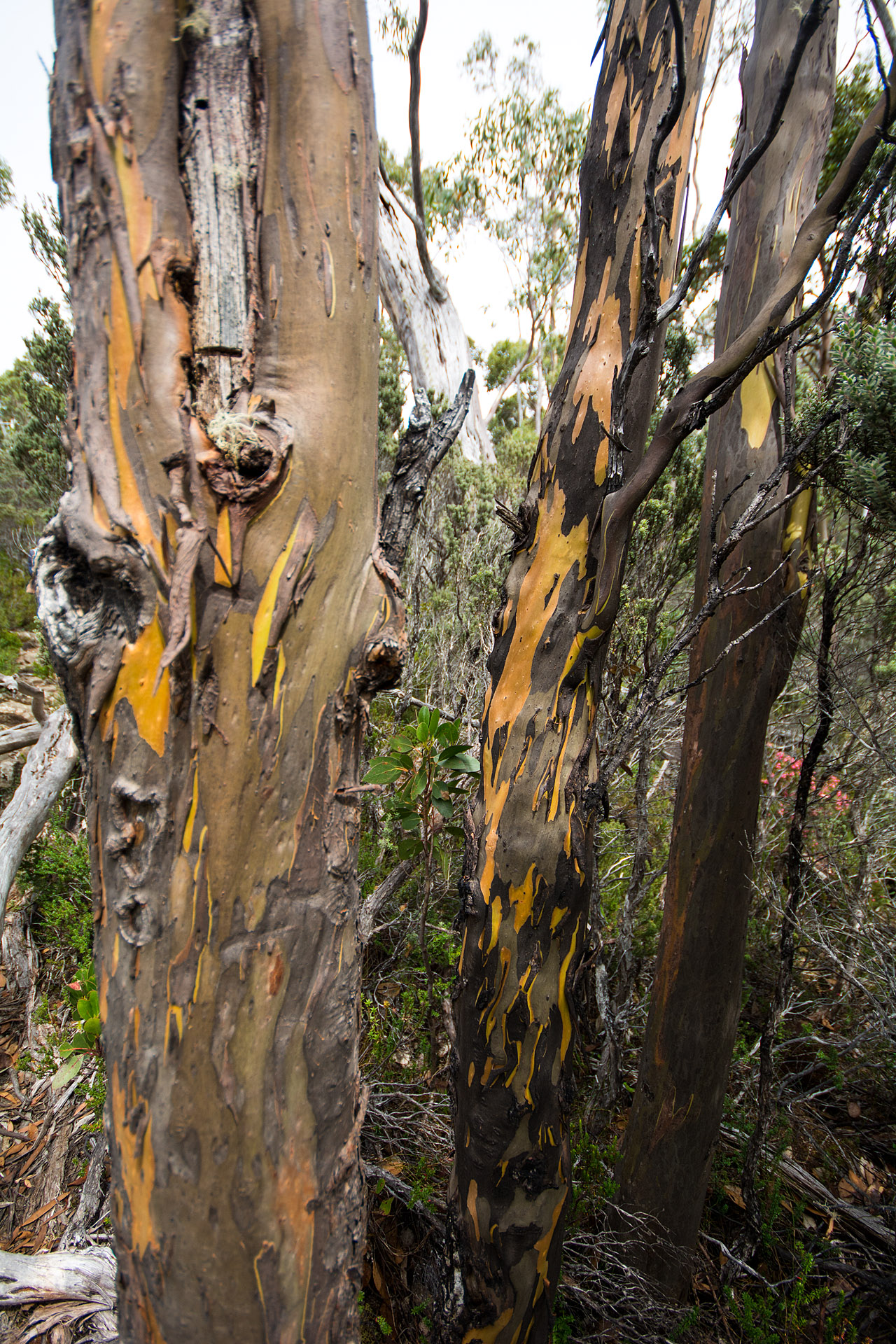 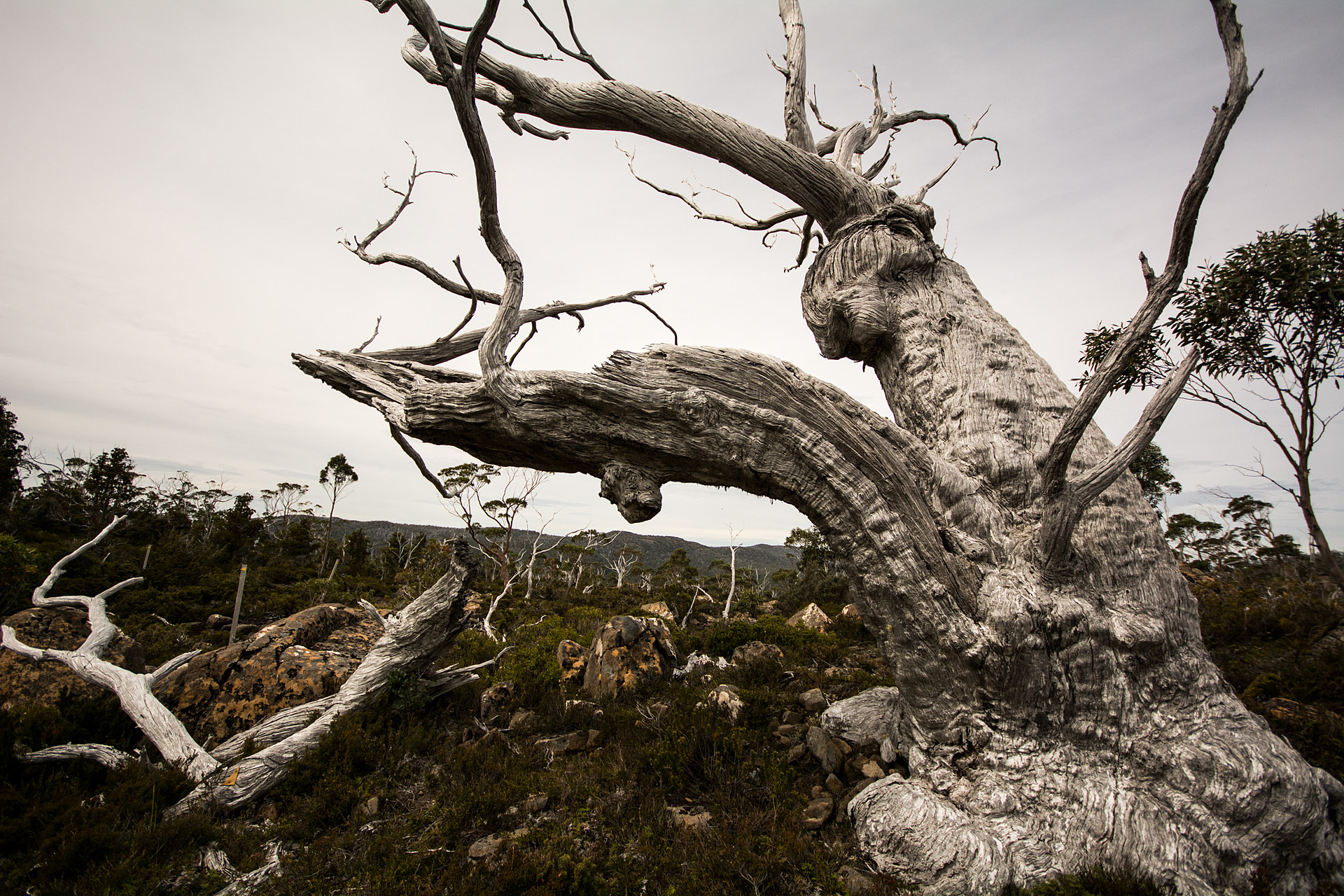 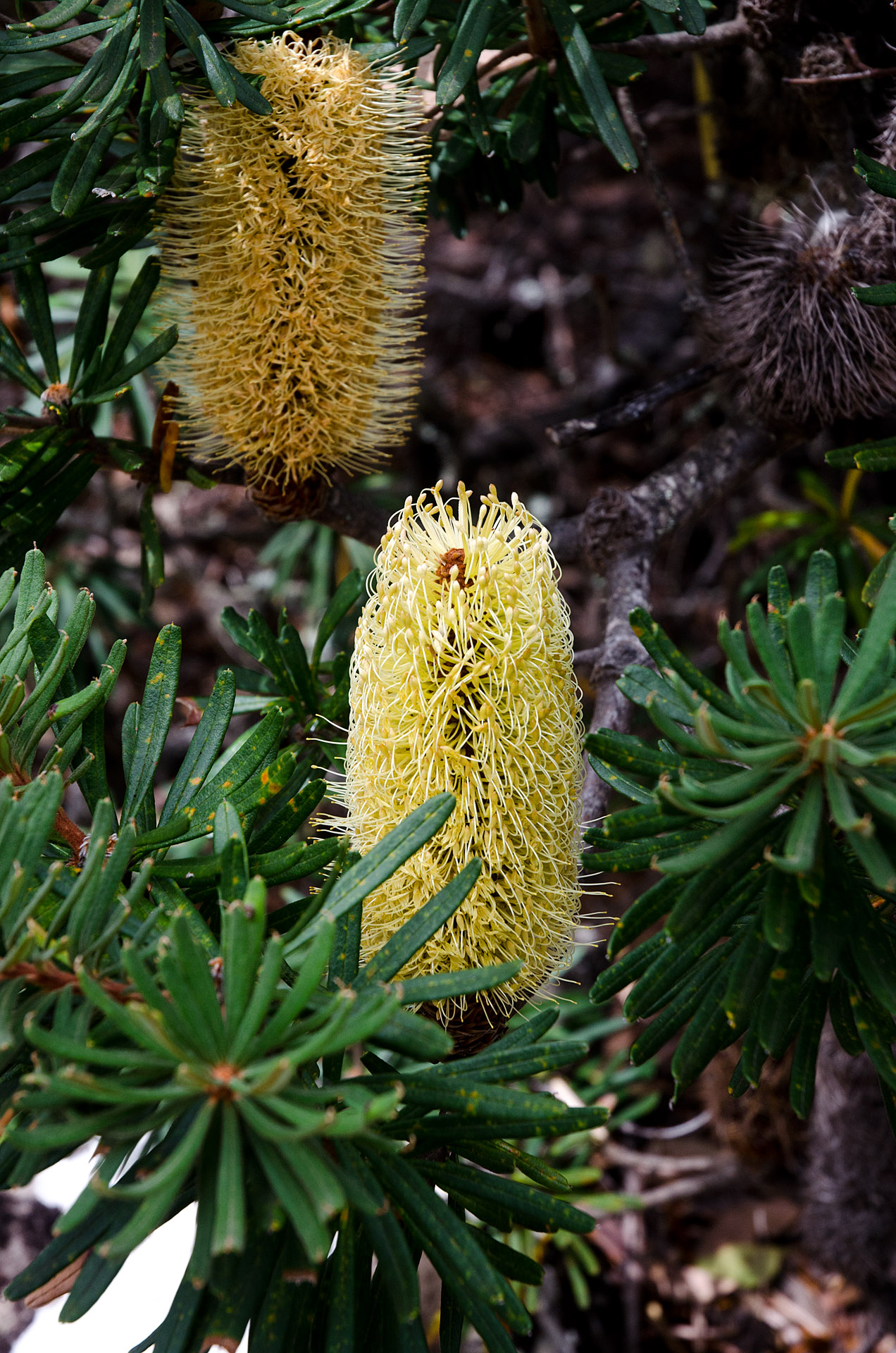 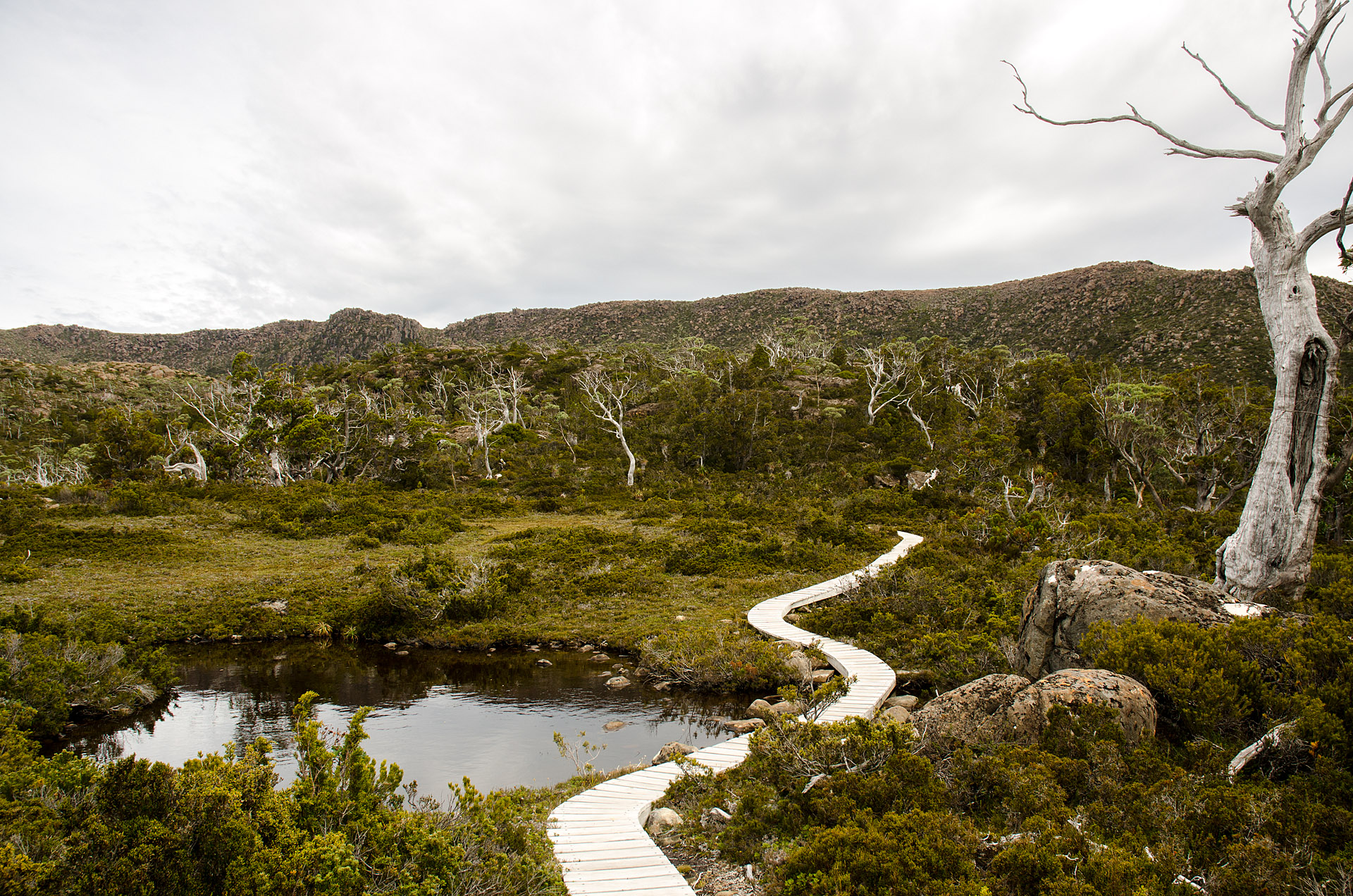 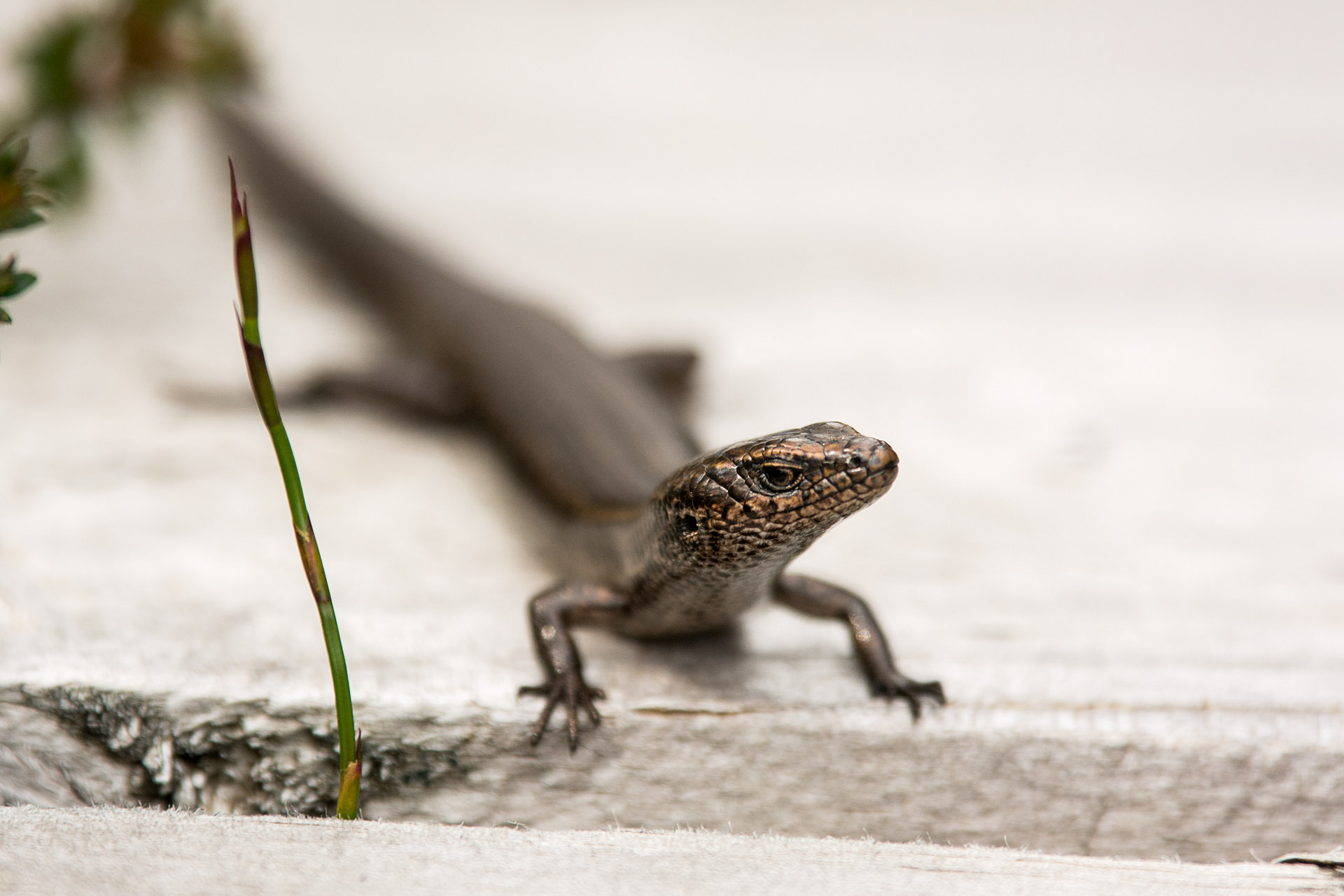 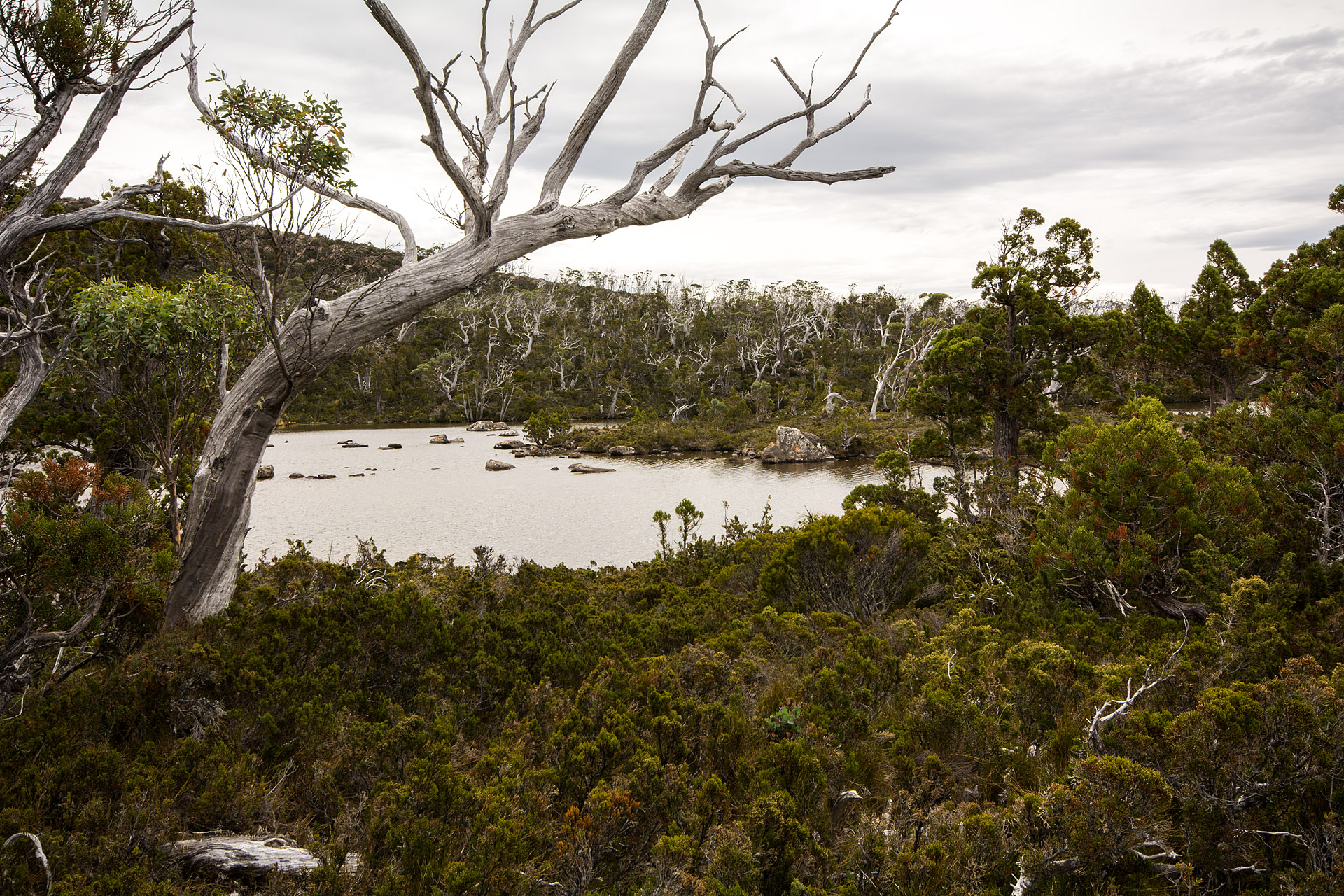 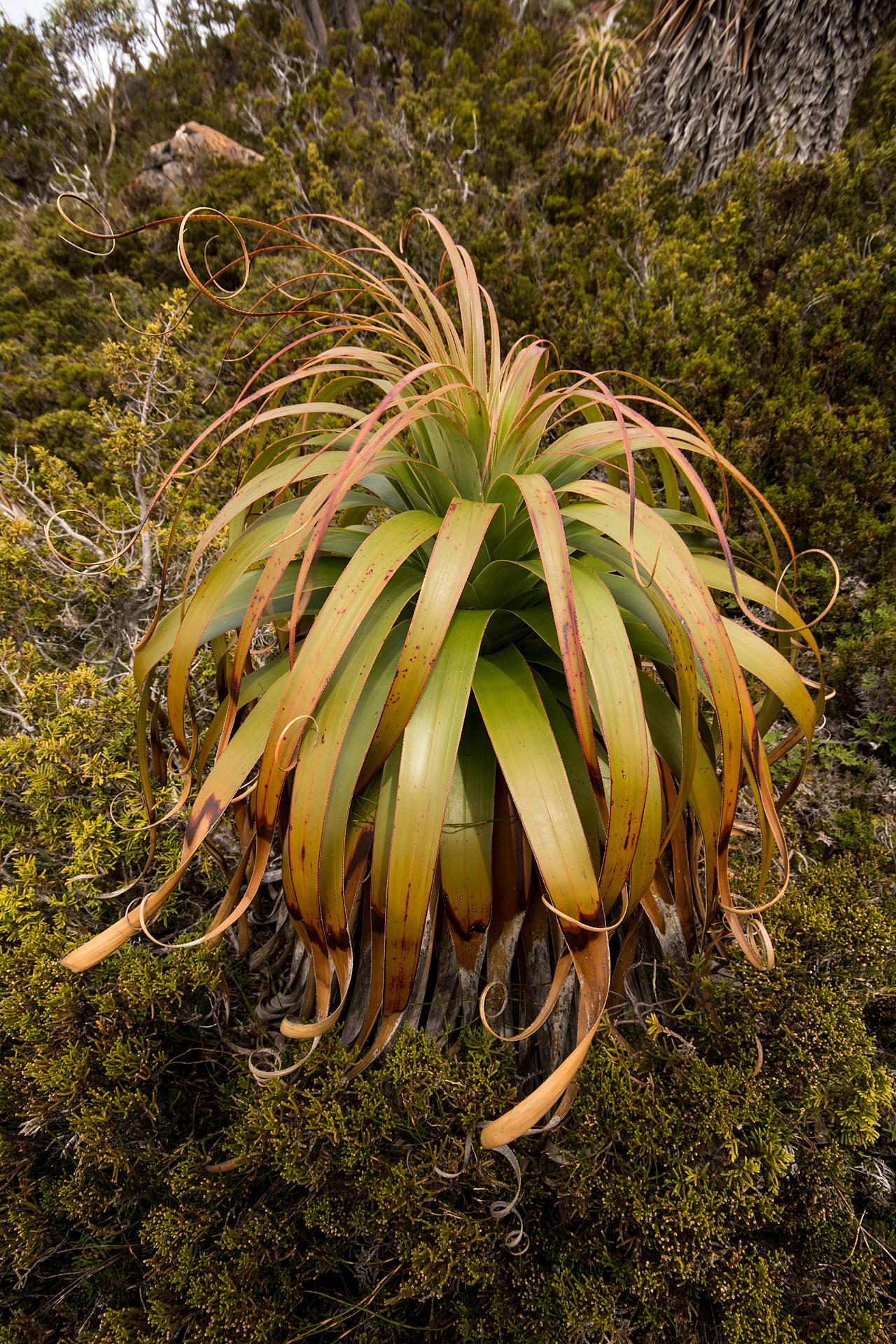 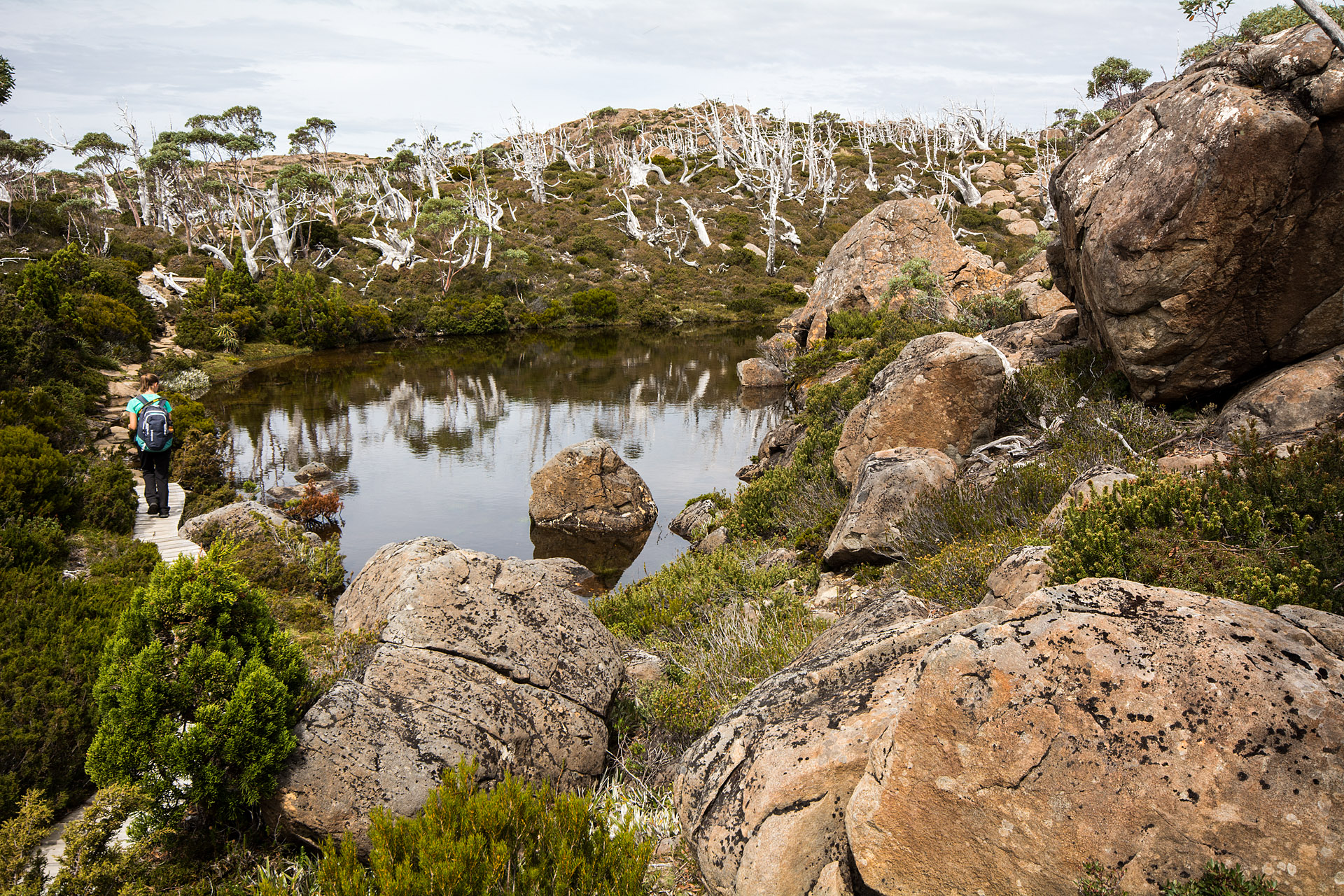 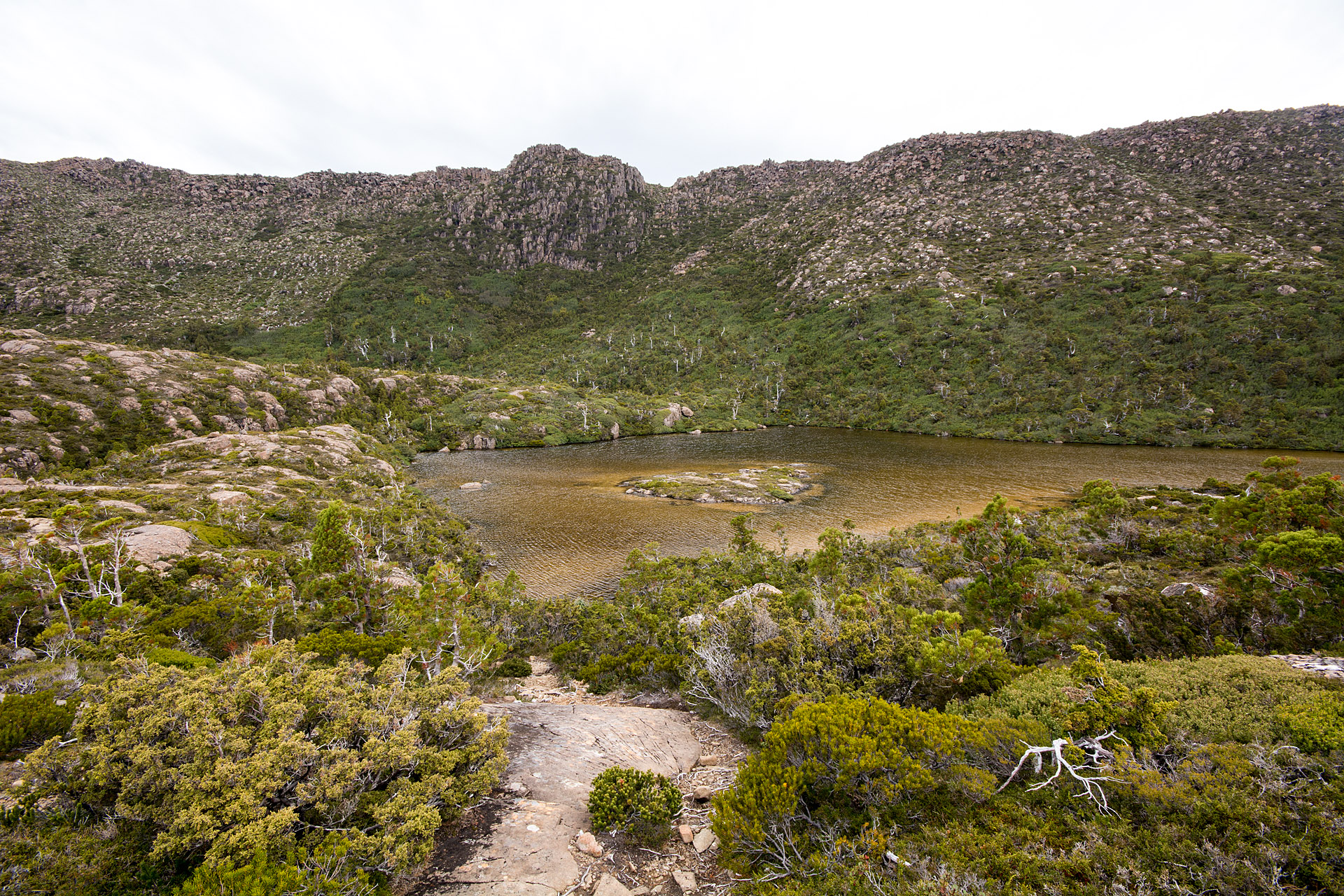 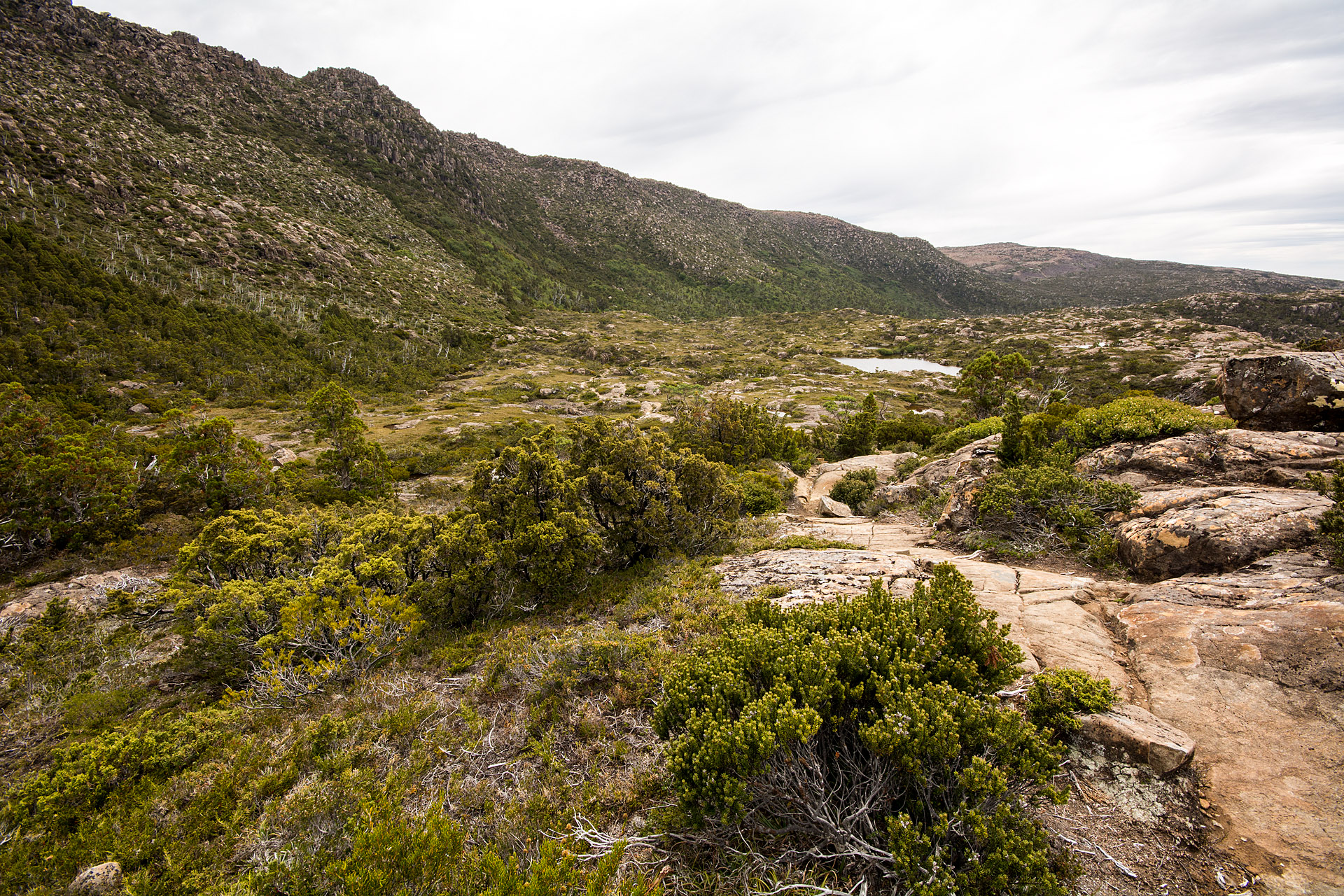 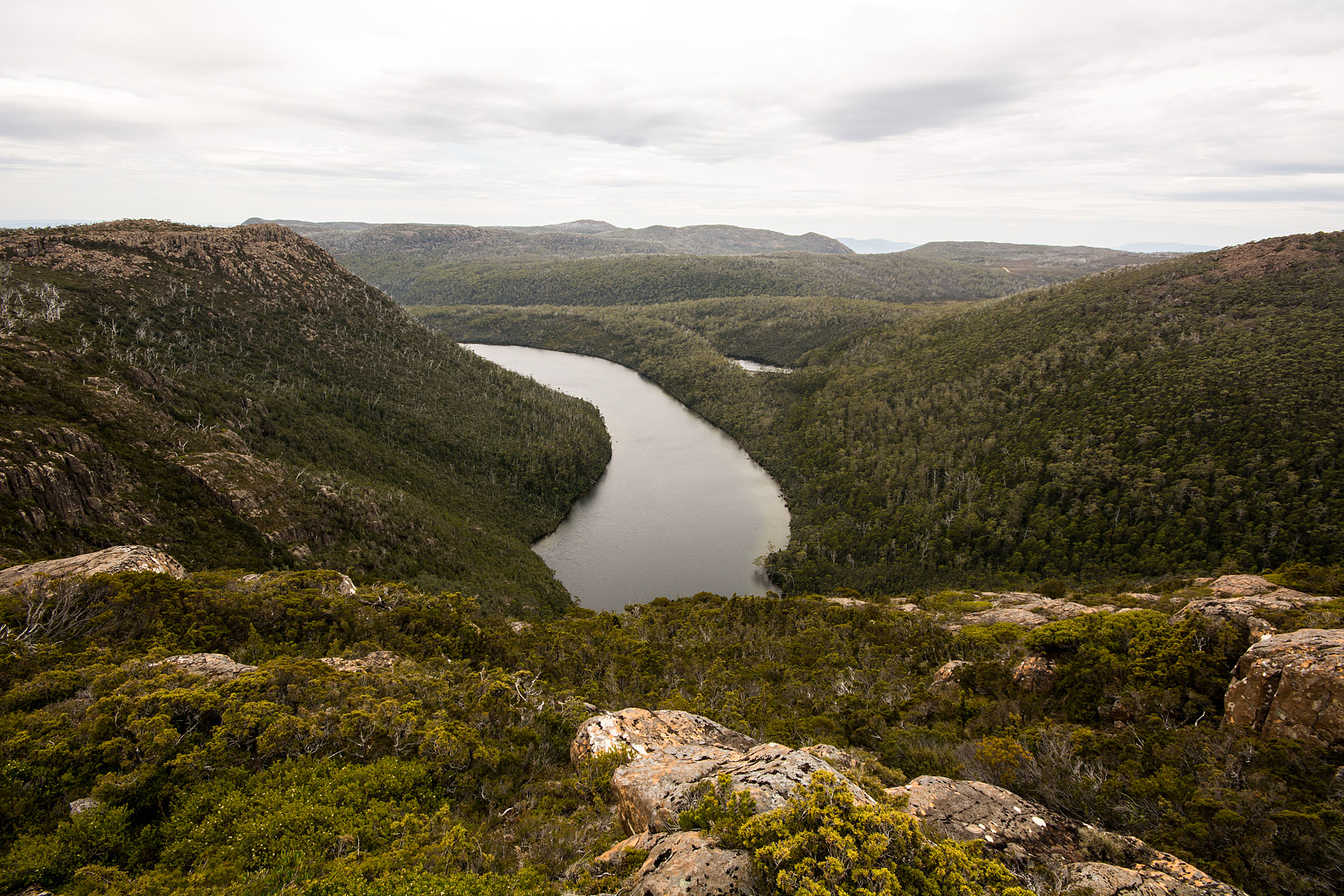 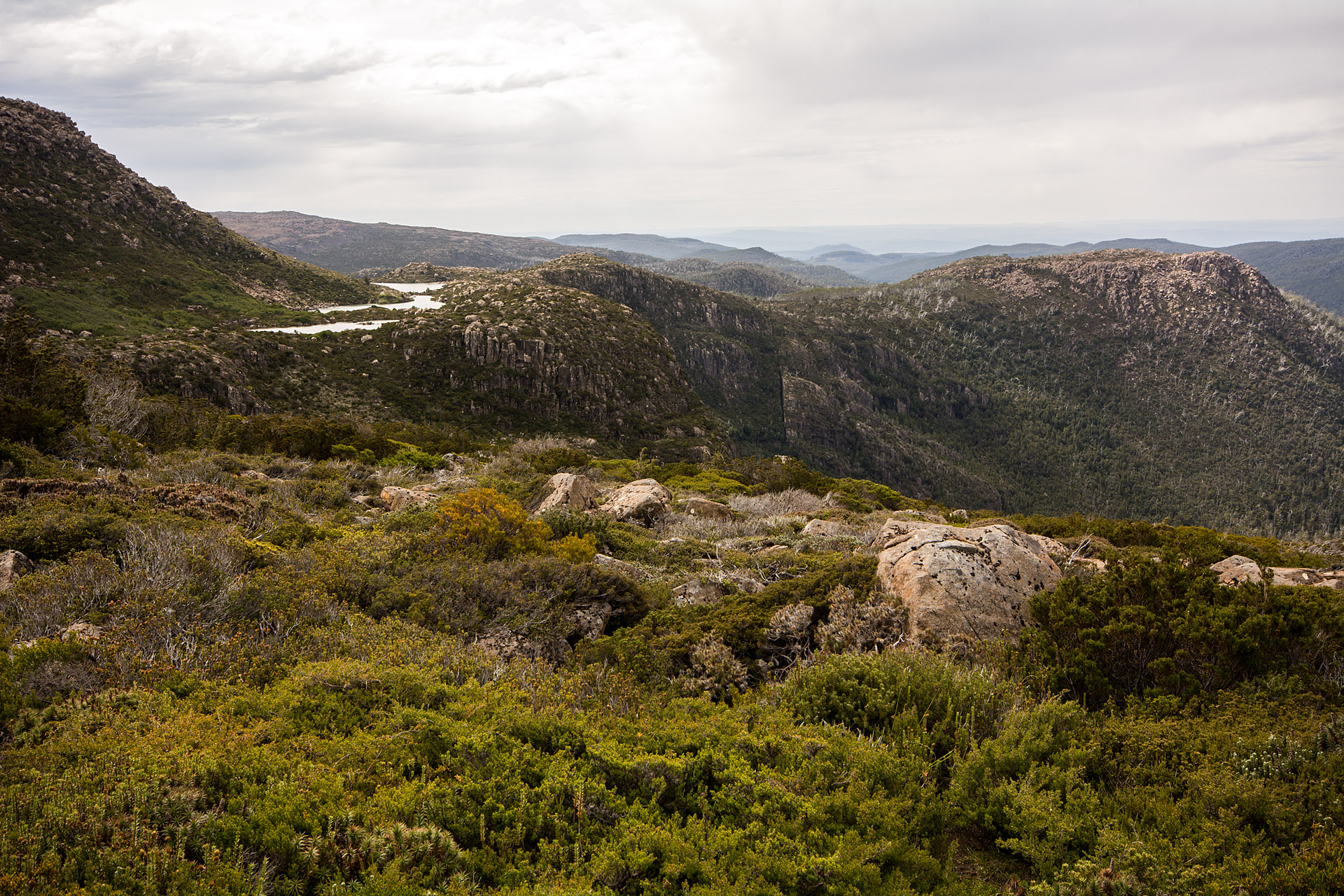 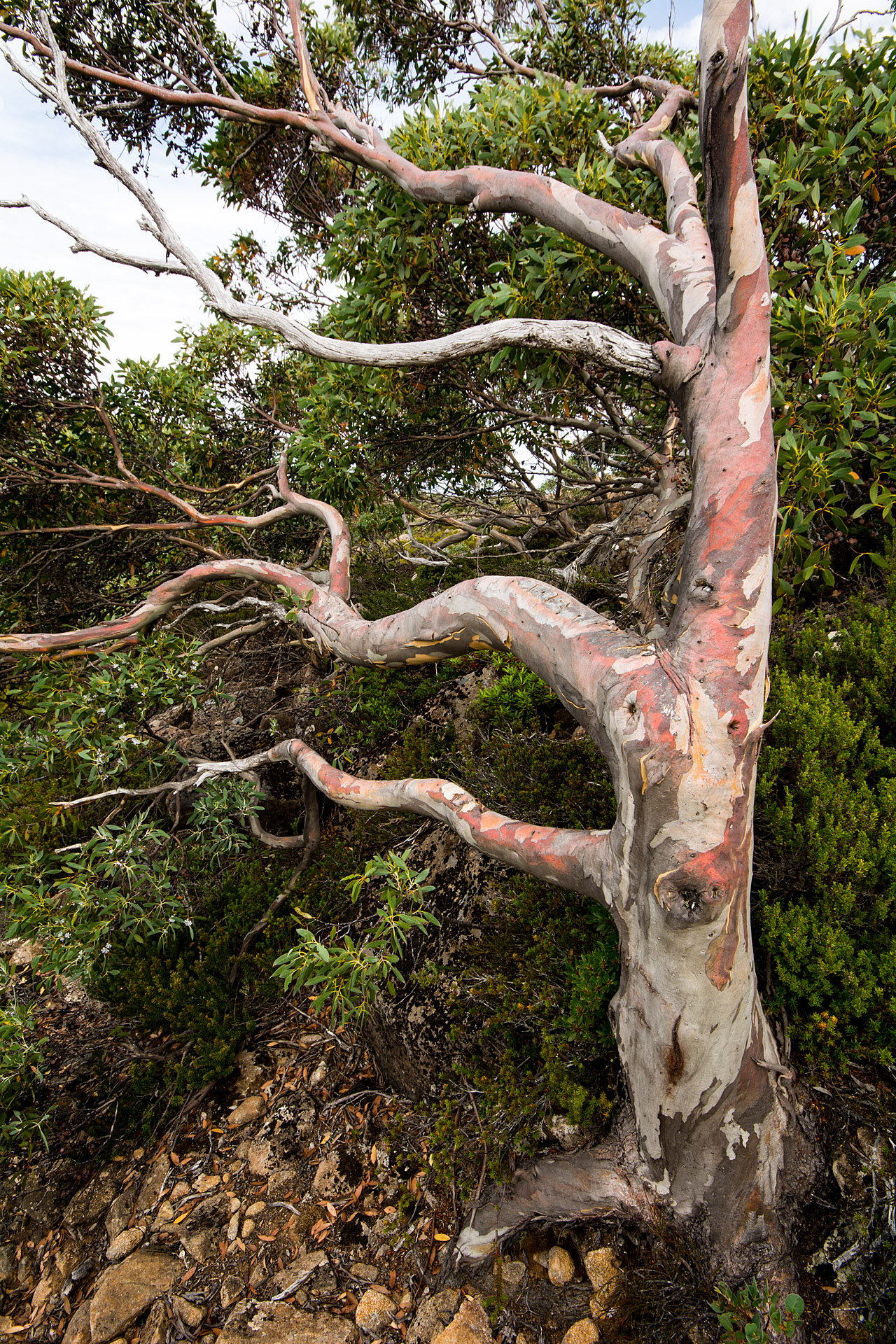 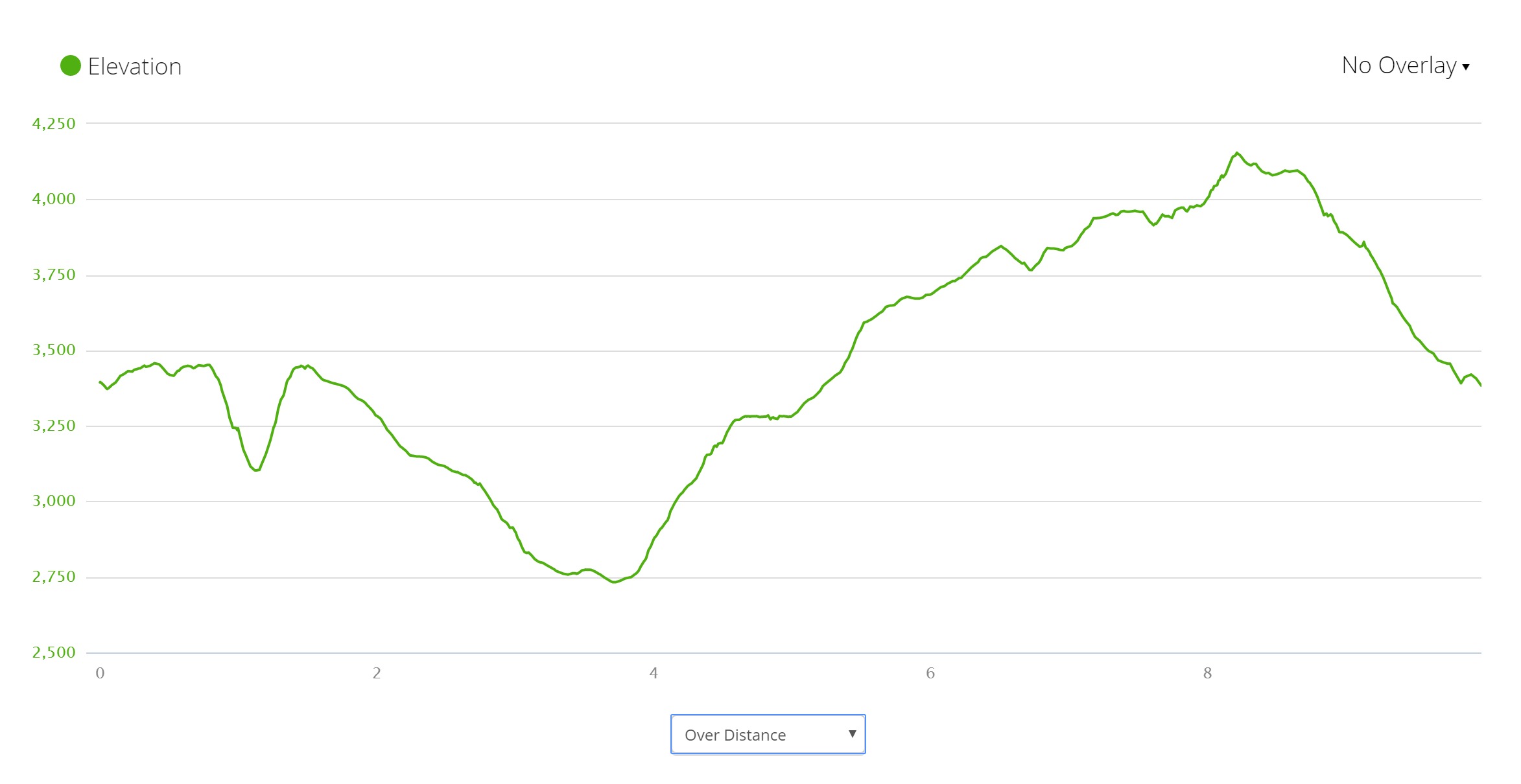