After a week of traveling by car around the Scottish Highlands, from Edinburgh to the northwestern reaches of the Inner Hebrides, we found ourselves a solid 12-hour drive from London, our gateway back to the U.S. after spending five weeks tootling around the U.K. and Ireland. Not really looking to tackle a marathon drive before a long travel day back home, we instead opted to take a few days to get back to the city, hoping to squeeze in a couple more sights along the way. We finally settled on Loch Lomond & The Trossachs National Park, a secluded swath of hillsides, woodlands, and lakes in central Scotland that was, conveniently, about halfway back in the direction of London.

We decided to do a little ‘hill walking’ (as the locals call it) in the national park, and we were lucky enough to get a bit of sunny weather to do so. But because it was early December, we were lucky to get about 7 hours of sunlight during the increasingly-short winter days. Thus, we ultimately settled on a couple of shorter walks that came highly recommended for their lovely views of the region’s lochs. For our first hill walk, we headed for the top of Ben A’an, a prominent hillside on the eastern fringe of the park that overlooks two large lakes. The forty-minute drive to the trailhead from our rustic, farm cottage in Croftamie was quite beautiful in the early morning, with the coiling country road meandering through frost-covered glens, creating a peaceful sea of white. The road eventually climbed up Dukes Pass (touted as one of Britain’s most scenic drives), which offered some gorgeous panoramas of the frozen countryside. After arriving at the trailhead, a moderate climb on a well-defined trail led us up a largely-open hillside to a rocky summit blanketed in heather plants. It was an unexpectedly short walk to Ben A’an’s stunted summit at 1,491 feet (454 meters), but the view from the top was indeed beautiful, offering sweeping views of Loch Katrine and Loch Achray, both enveloped by the frostbitten trees of the Trossachs (the adjacent forested glens) and the dominating peaks along the Highland Boundary Fault. 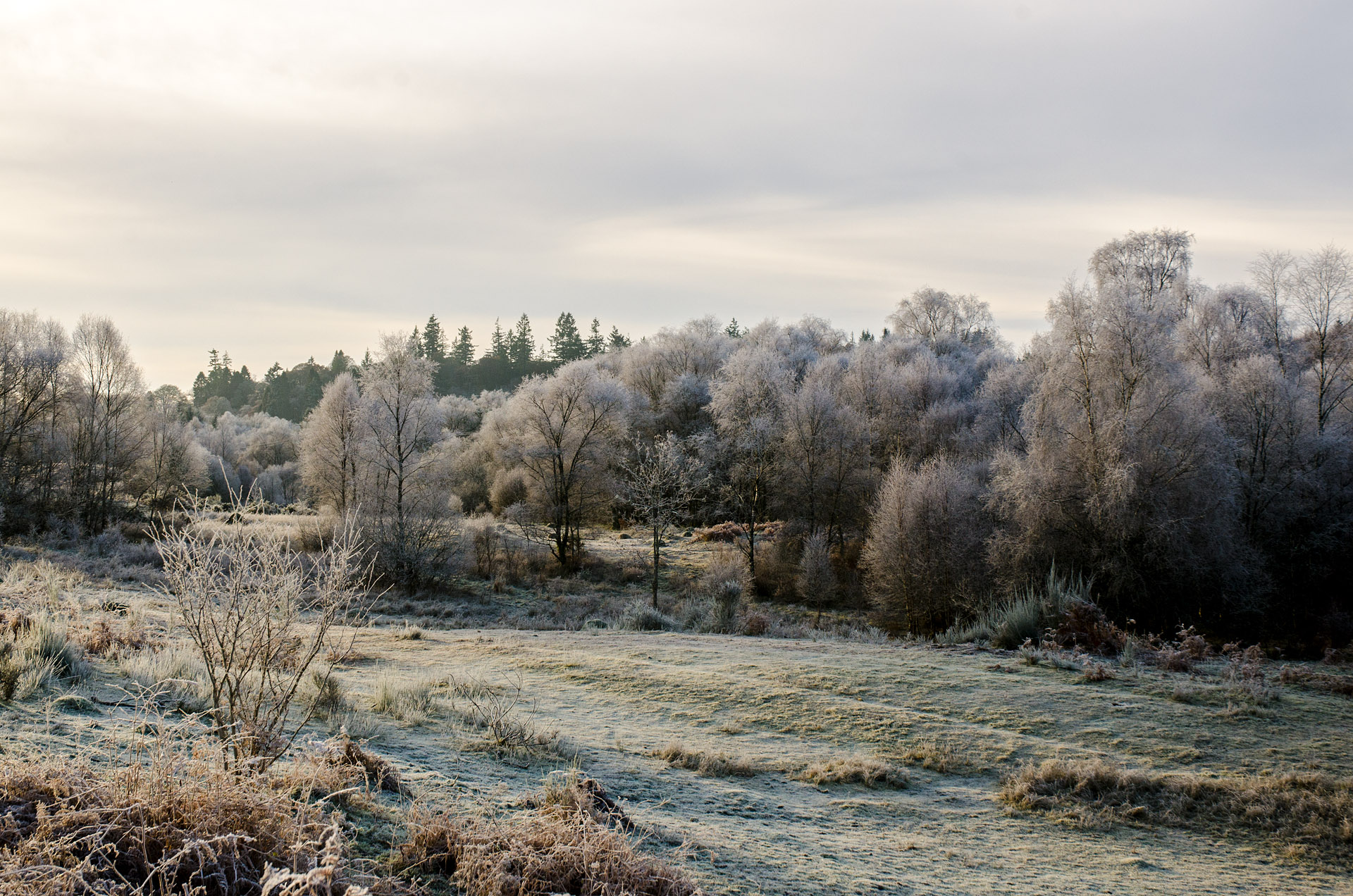 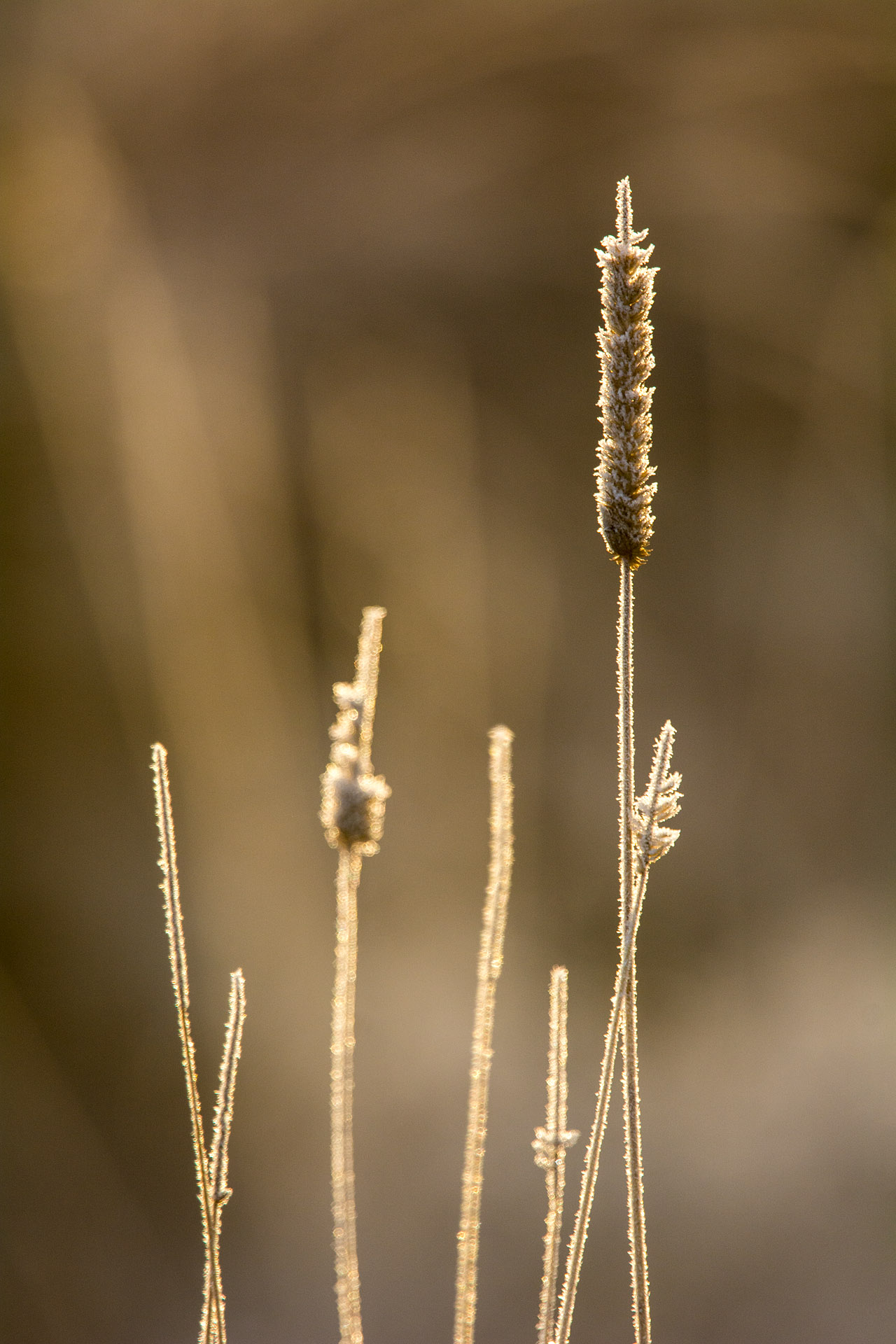 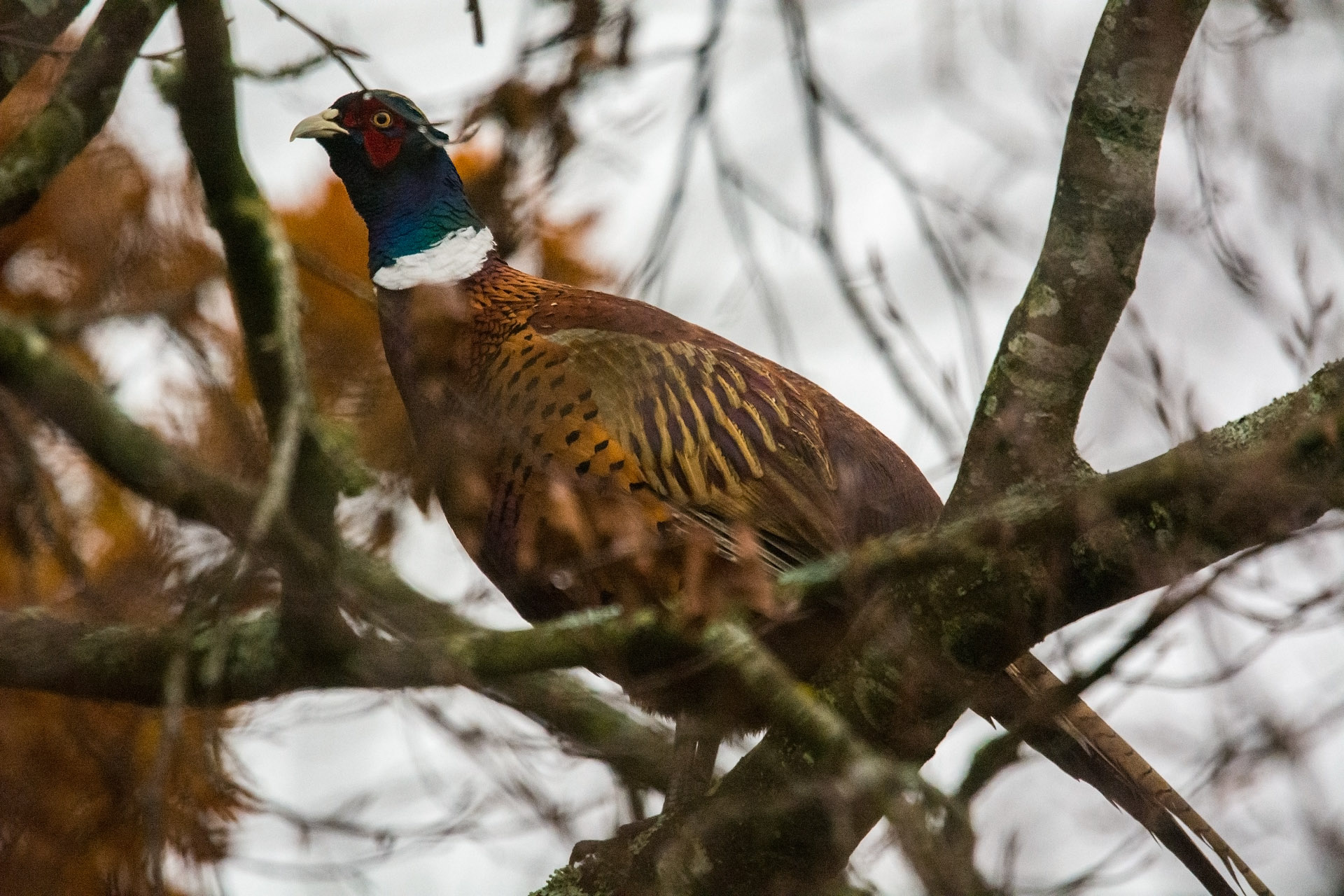 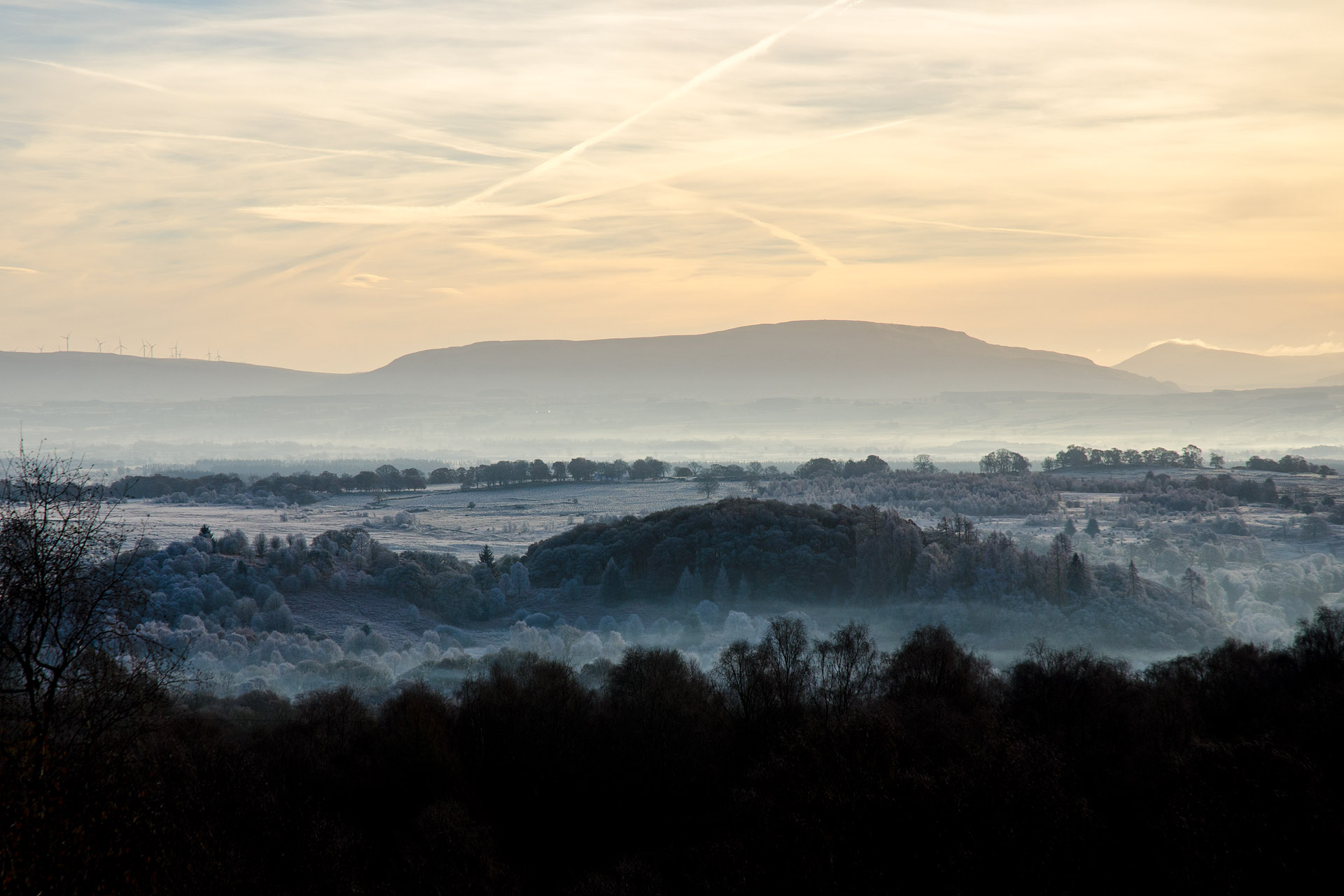 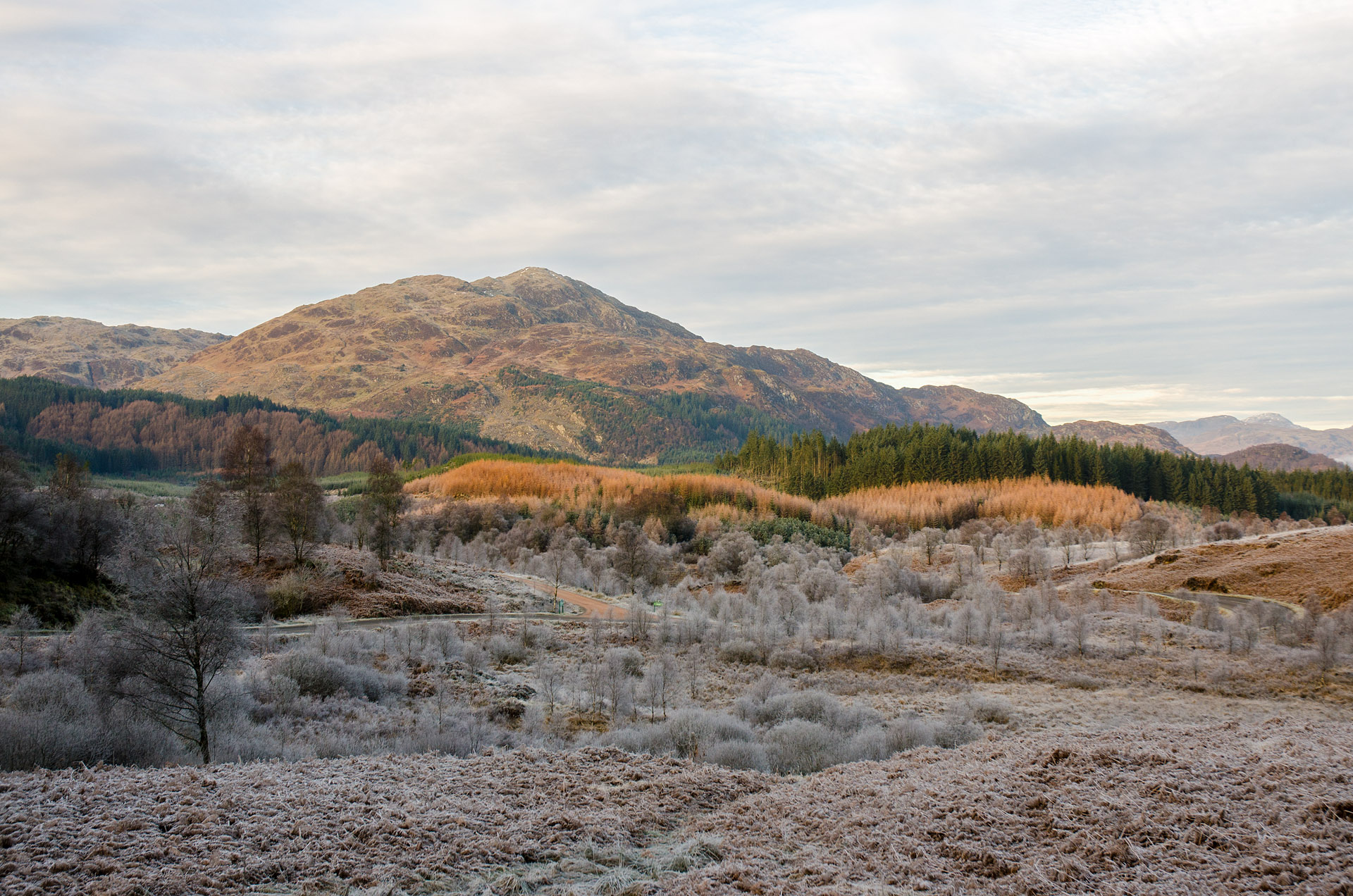 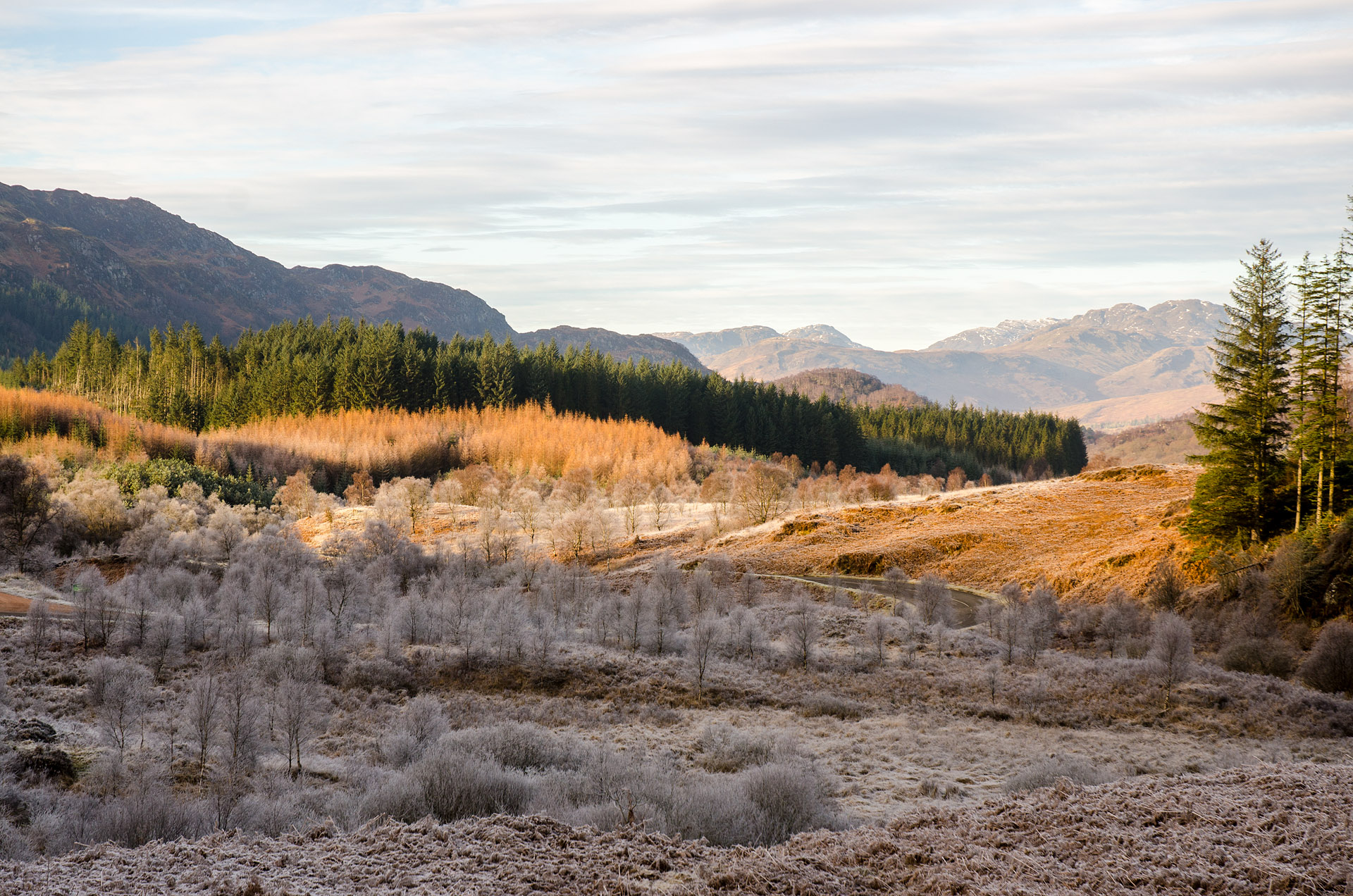 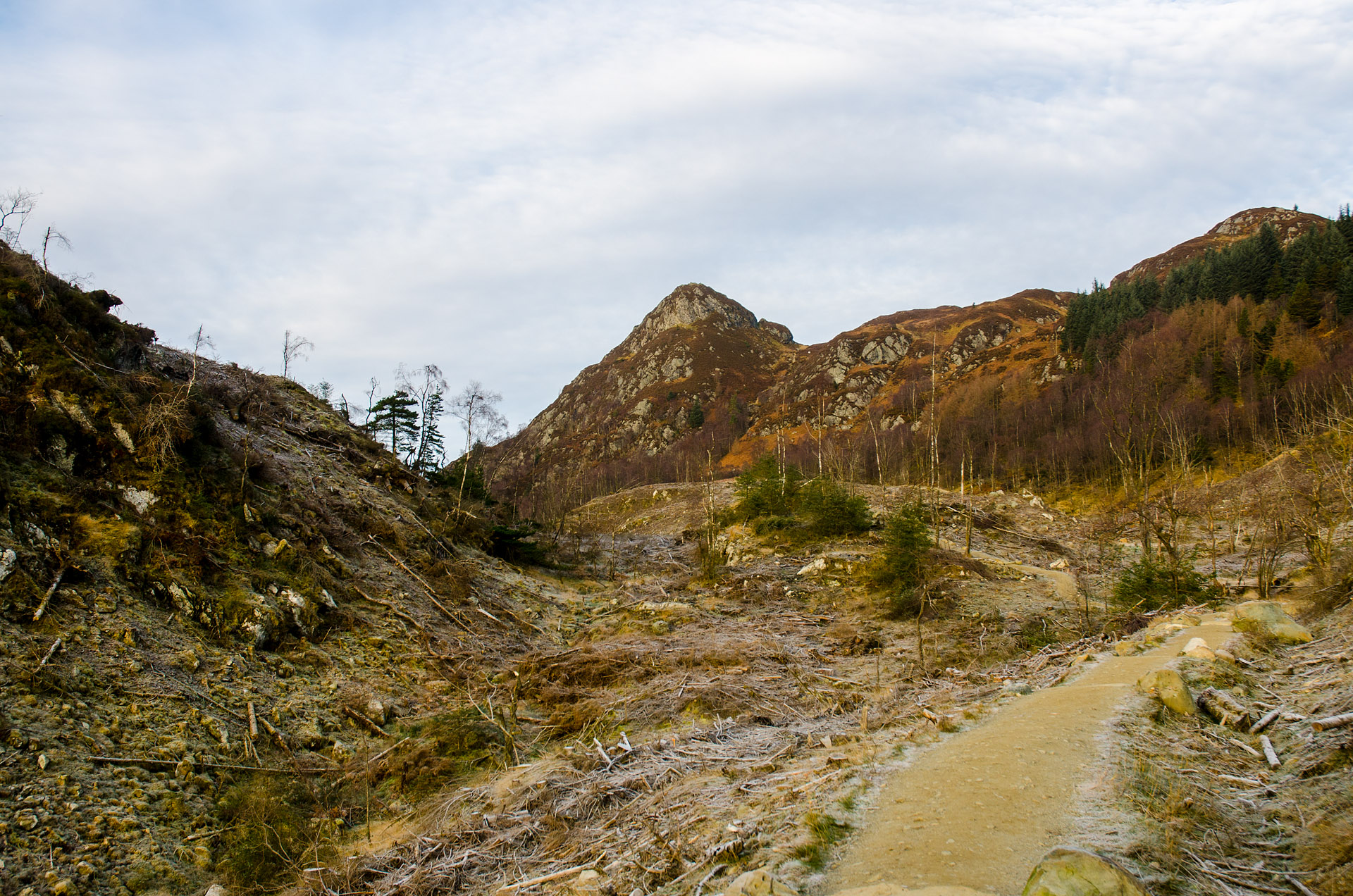 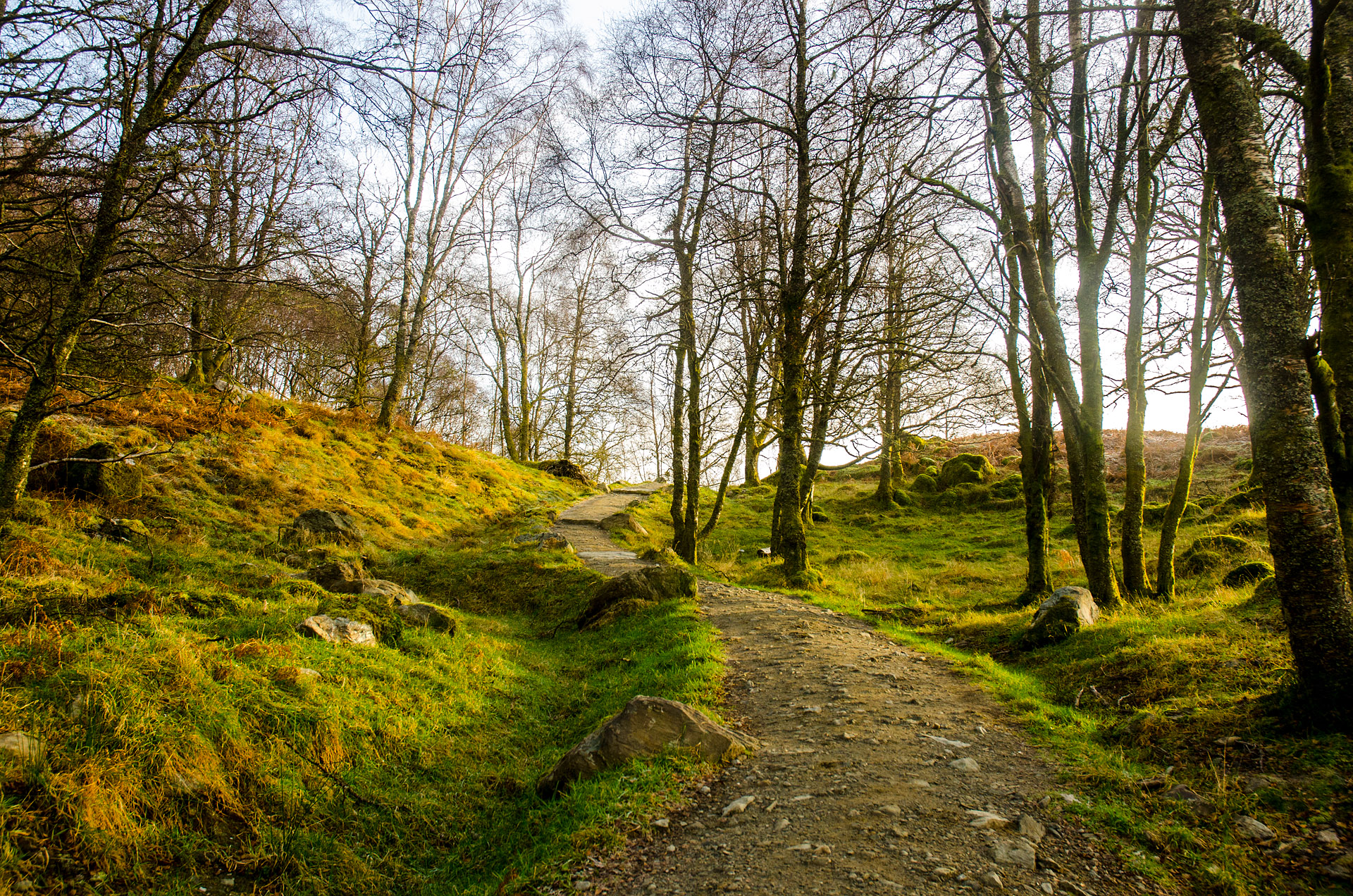 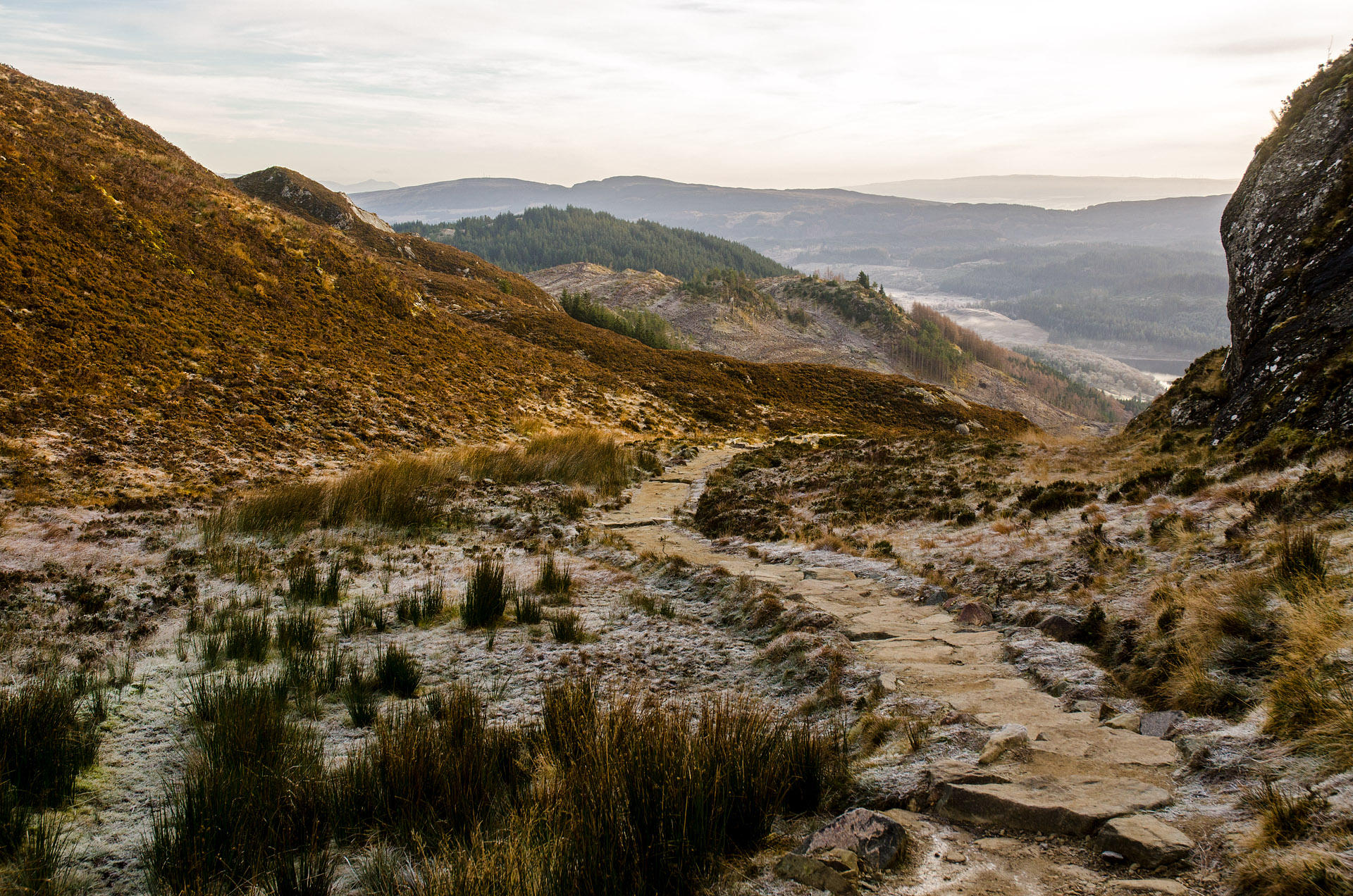 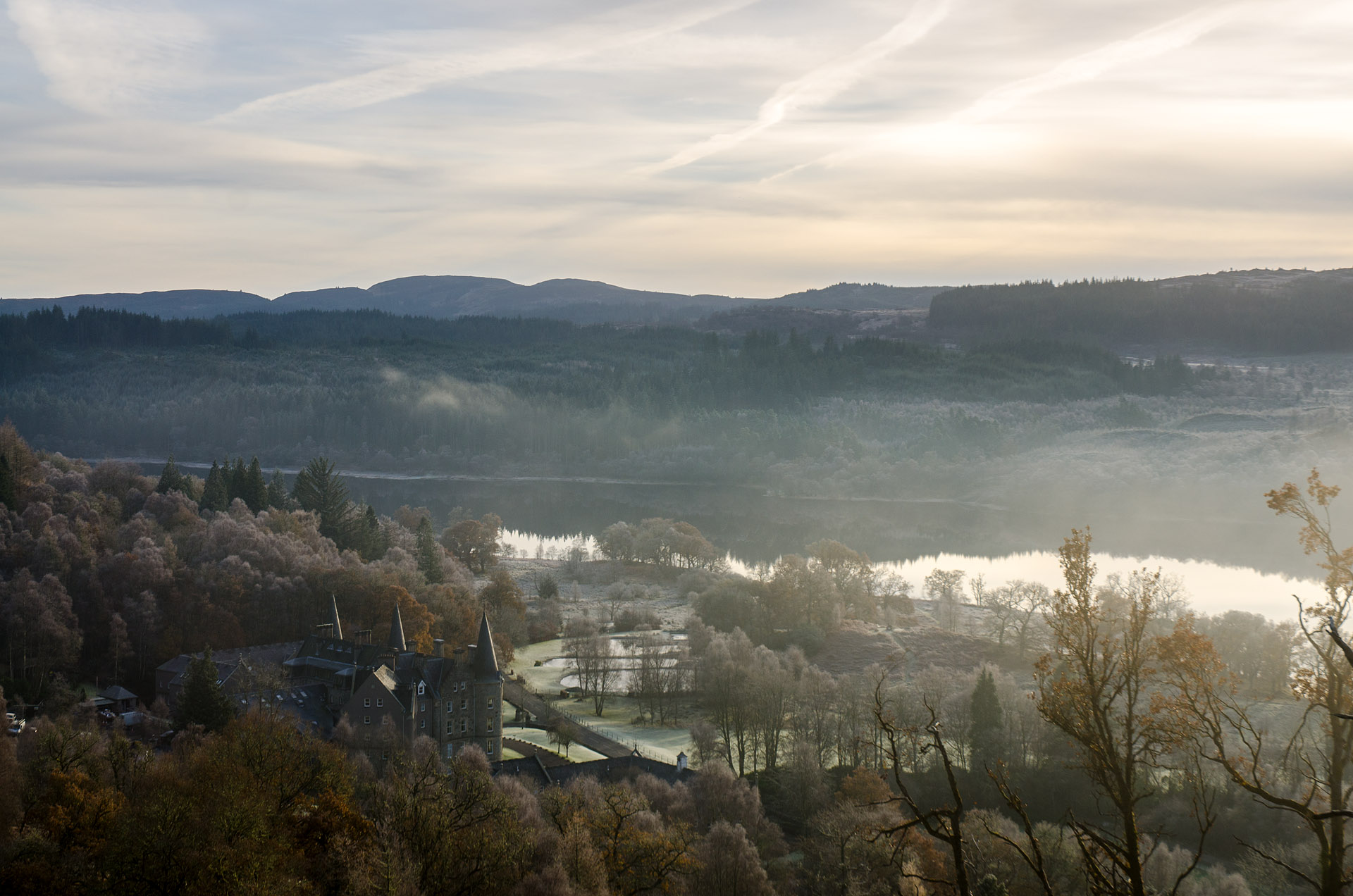 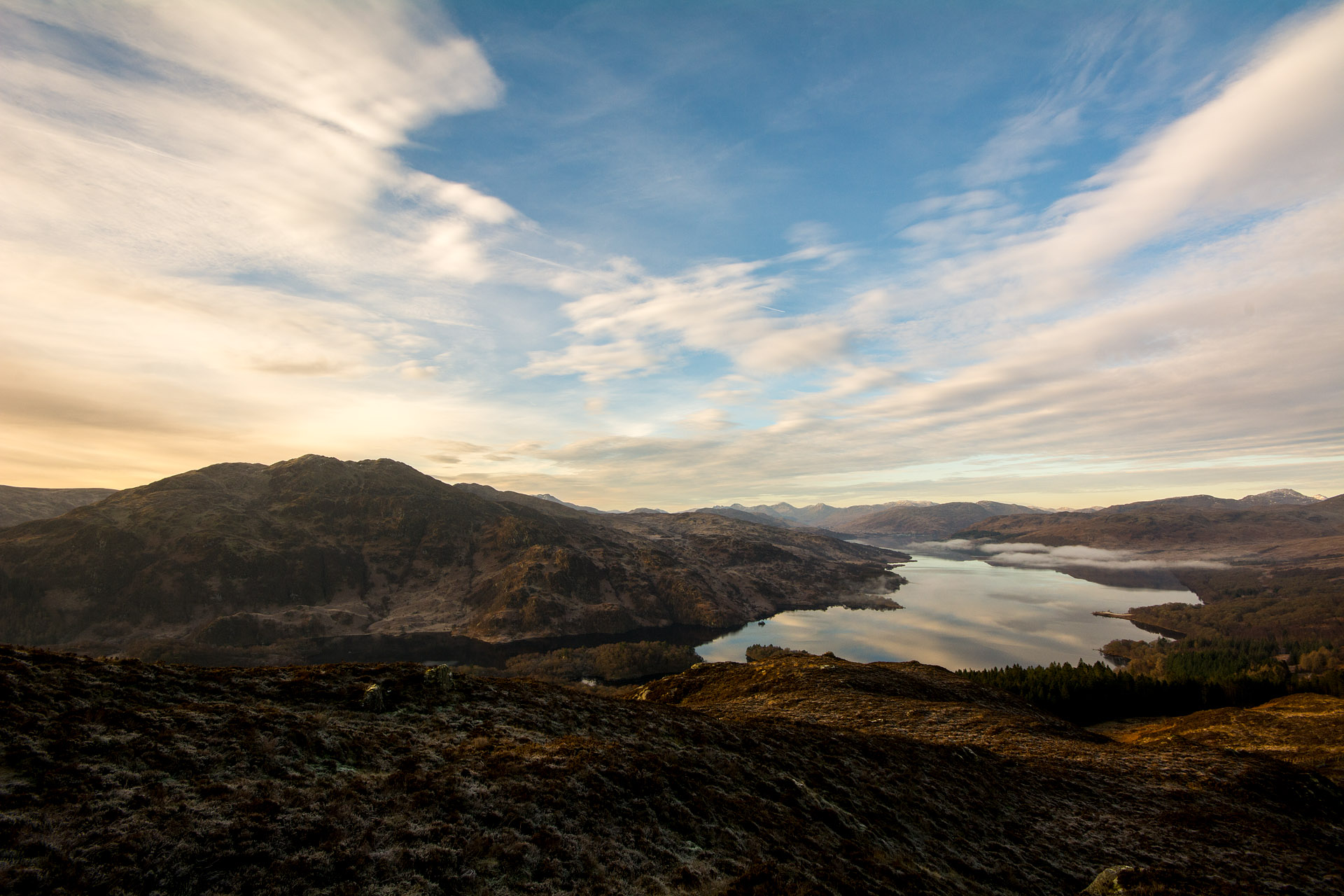 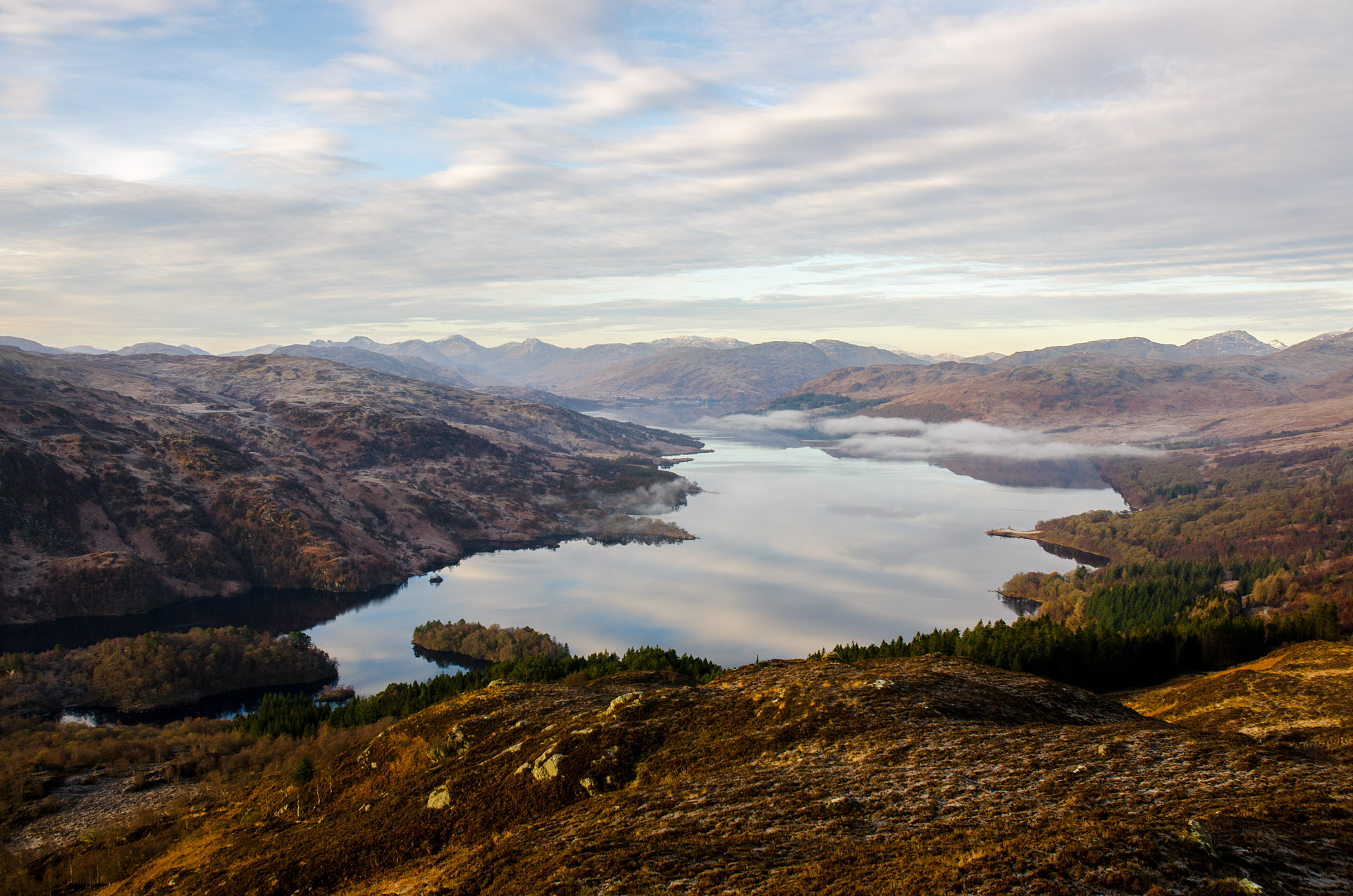 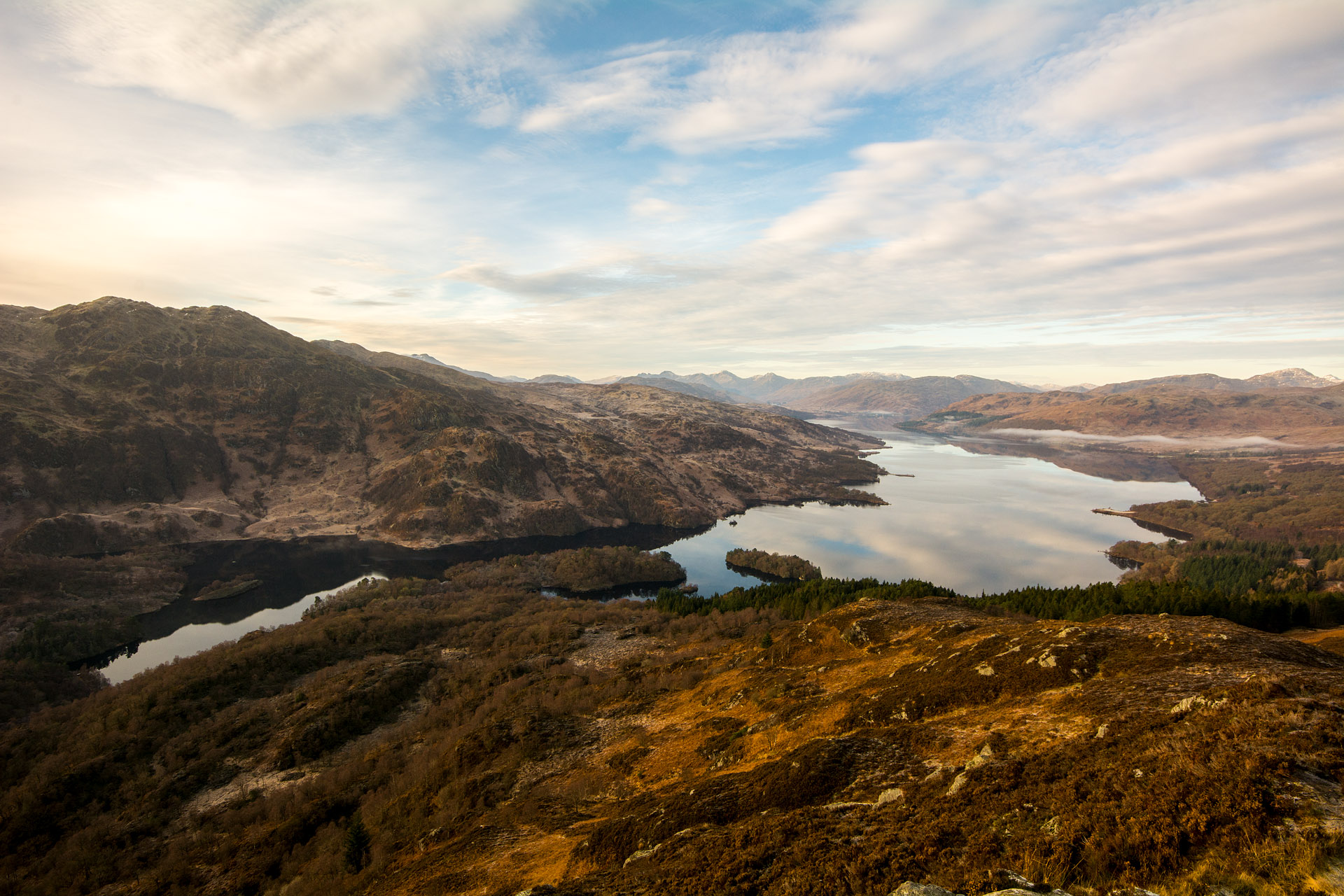 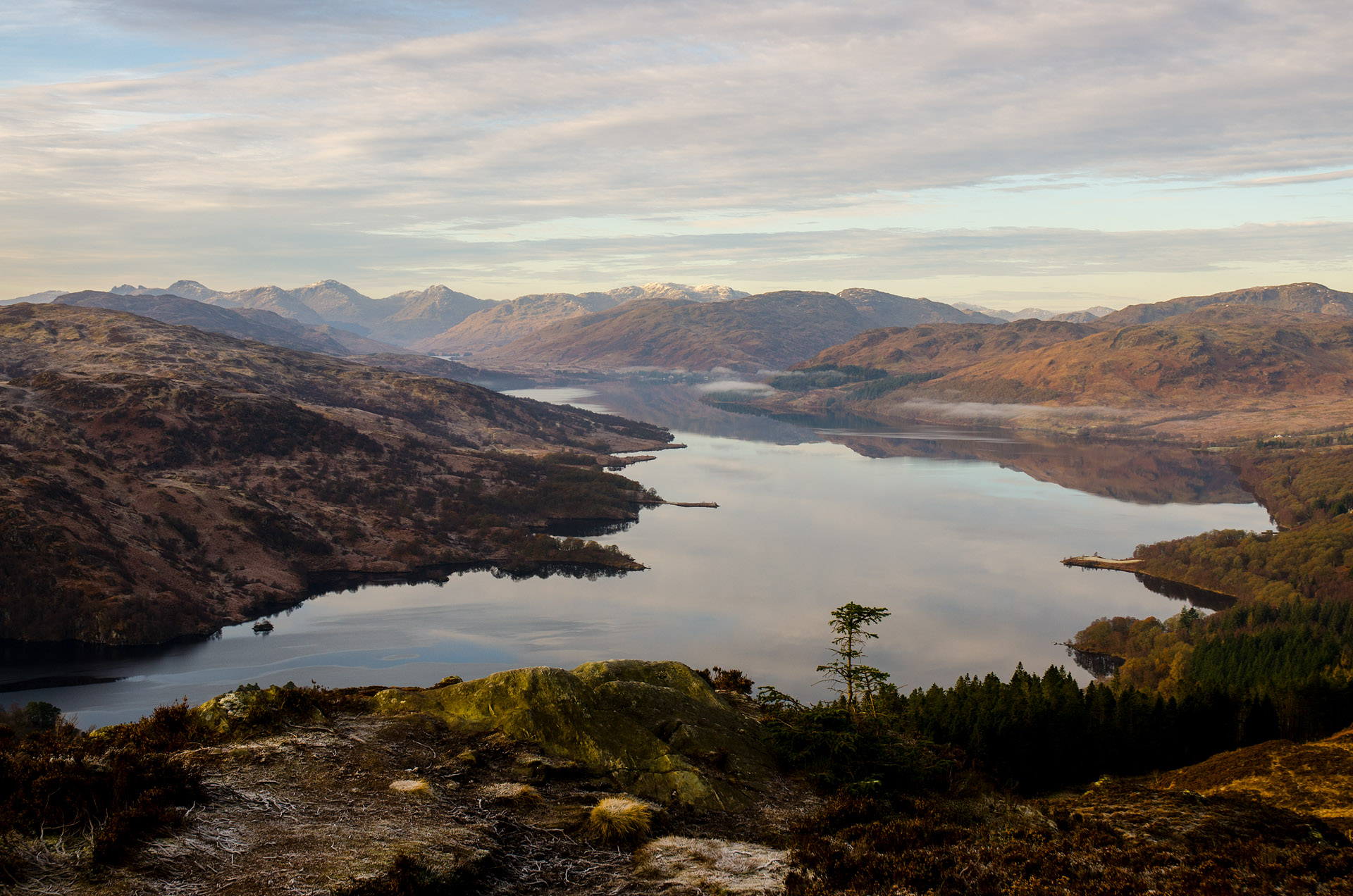 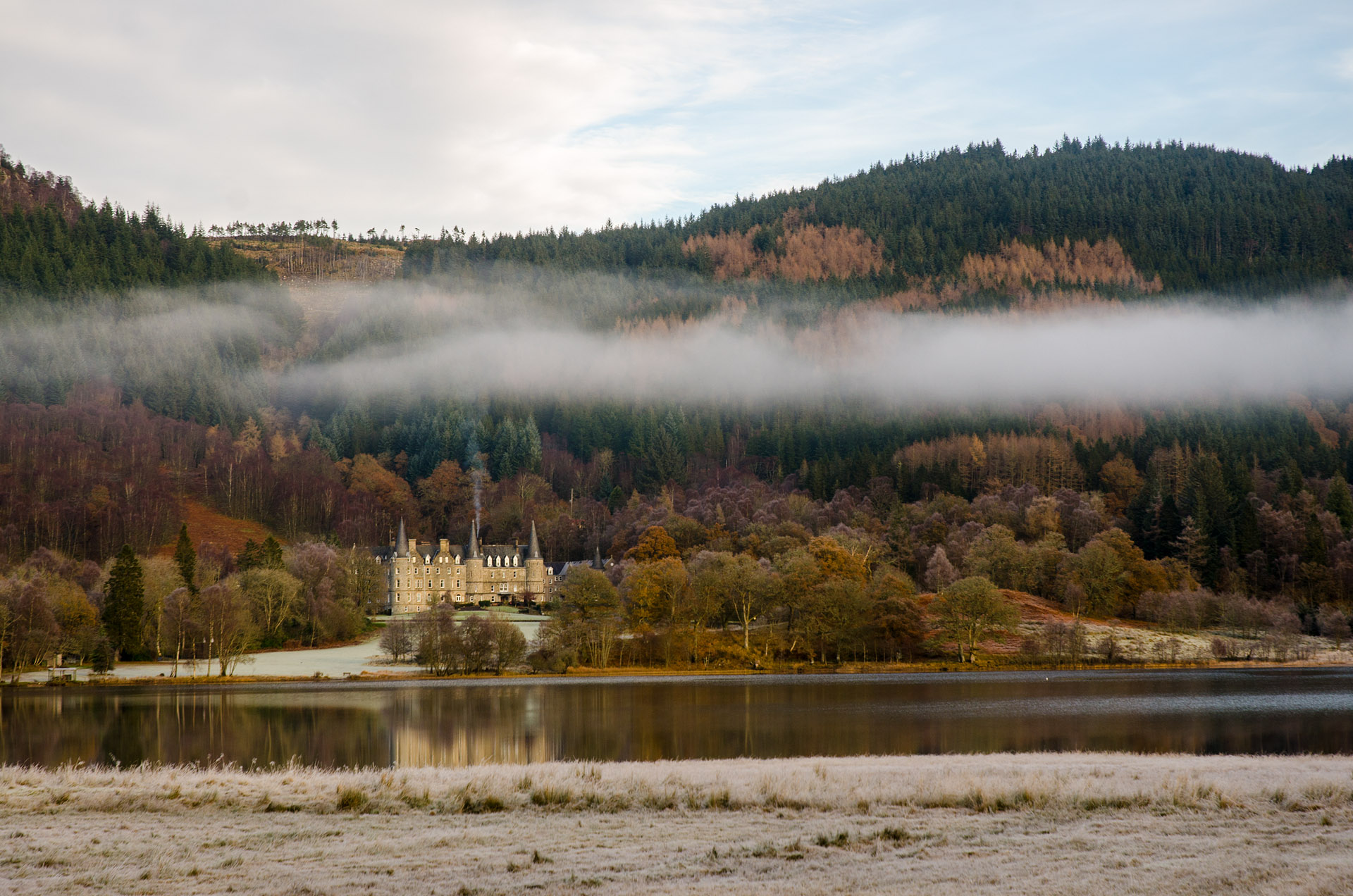 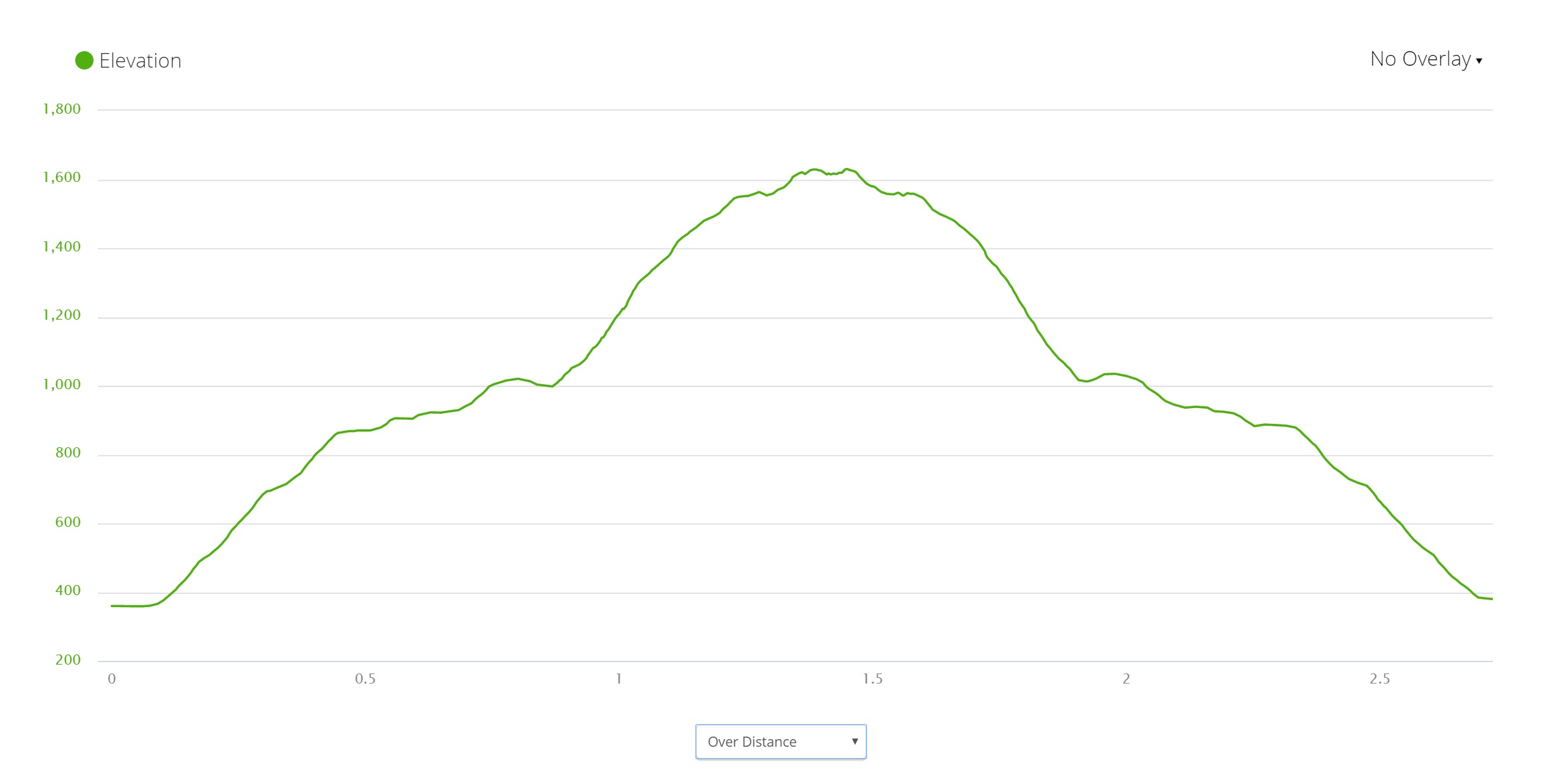