At the end of our five-week U.K./Ireland road trip, on our final journey from Scotland’s northwestern Isle of Skye back to London, we decided to break up the 12-hour drive with a stop in Loch Lomond & The Trossachs National Park. Just an hour (32 miles) north of Glasgow, we thought we’d stop for a day of ‘hill walking’ among the region’s numerous lakes and forested hillsides. With only 7 hours of sunlight in the far north’s attenuated December days, we opted for two quick walks on either side of lunch – one to Ben A’an’s diminutive 1,491-foot (454-meter) summit, offering picturesque views of the Trossachs, and a second up Conic Hill, a slightly smaller prominence about 40 minutes southwest of Ben A’an.

After our surprisingly short walk up Ben A’an, we set off for Conic Hill, a comparable mound on the southeastern shore of Loch Lomond. The trail was quite similar to that of Ben A’an – a gentle grade up a predominately bare slope. As we marched through what had rapidly turned into a gusty afternoon wind, a few highland cows looked up curiously from their meal on the grassy hillside. We shivered and shuddered through the frigid bursts of cold air to the top, where we enjoyed a lovely, albeit brief, panorama of Loch Lomond and a few of its small, evergreen-covered islets. After snapping a few shots from the 1,184-foot (361-meter) hilltop, we pretty quickly headed back down the hillside. As the sun began to creep lower in the sky and a few clouds rolled in, it became pretty stinkin’ cold up there (the lack of photos from a couple of shutterbugs should be indicative as to how ridiculously freezing that wind was). Aside from the bit of Arctic chill that enveloped us atop the hill, though, it was a nice little walk with a lovely view of the sprawling loch. 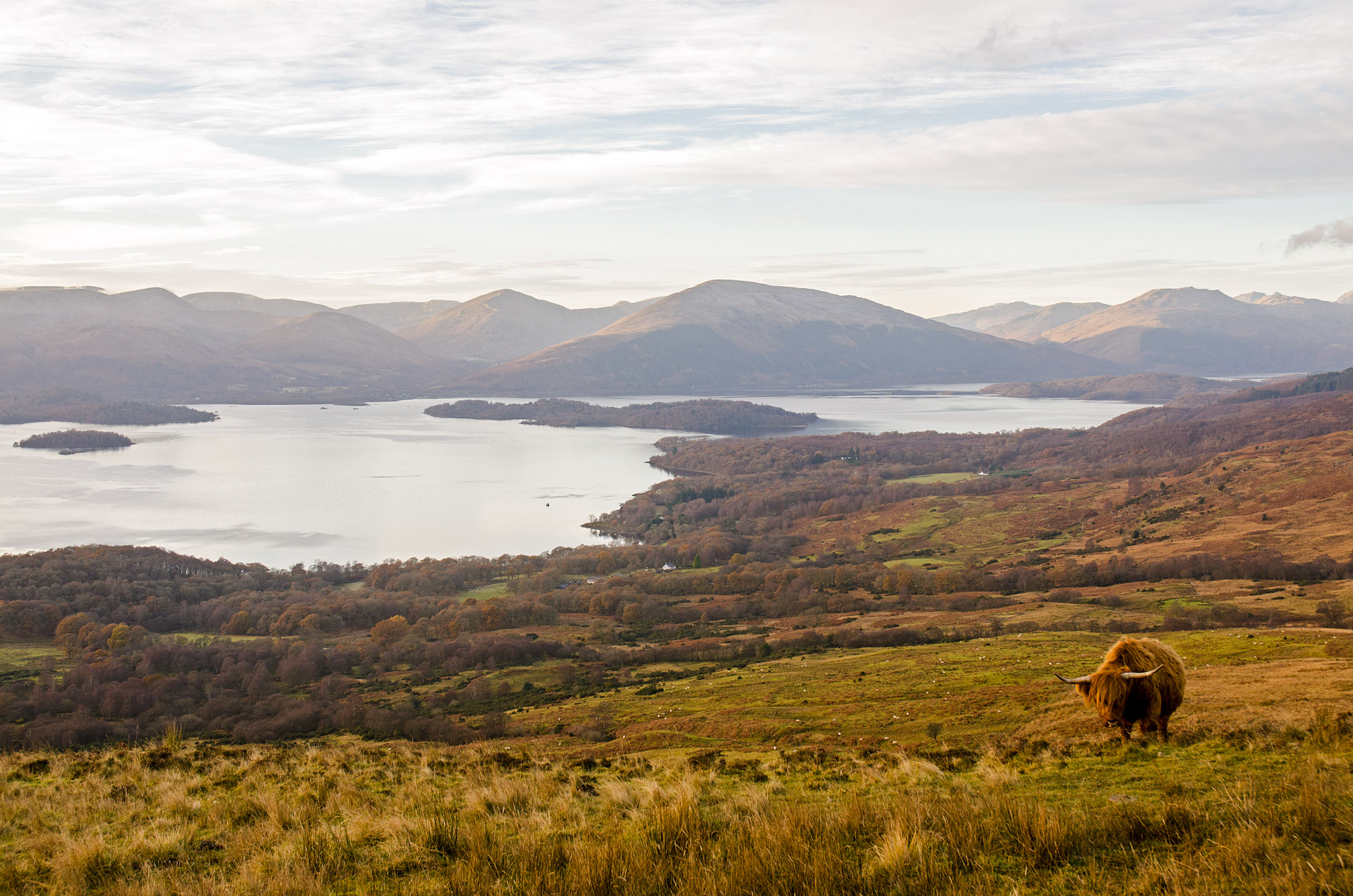 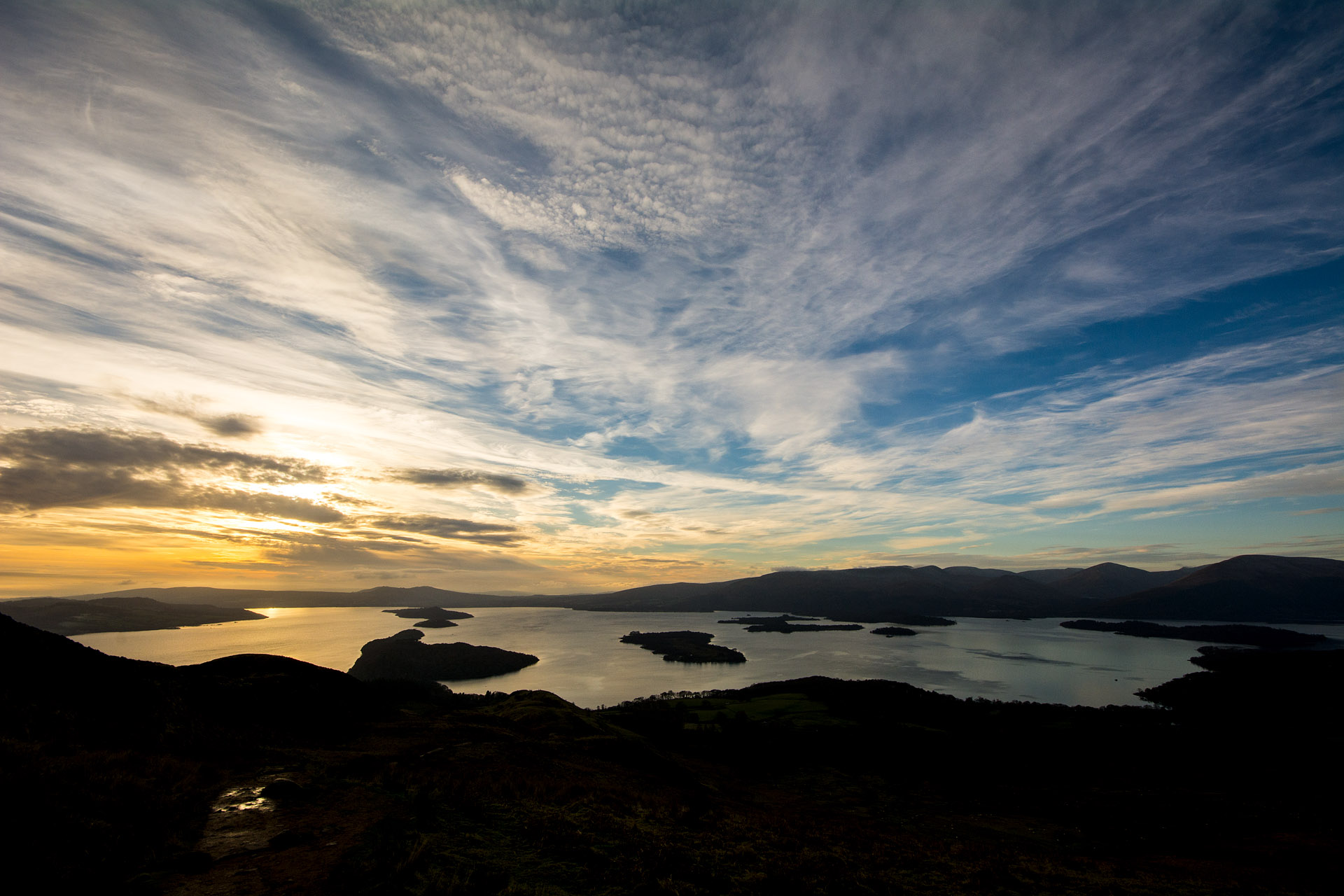 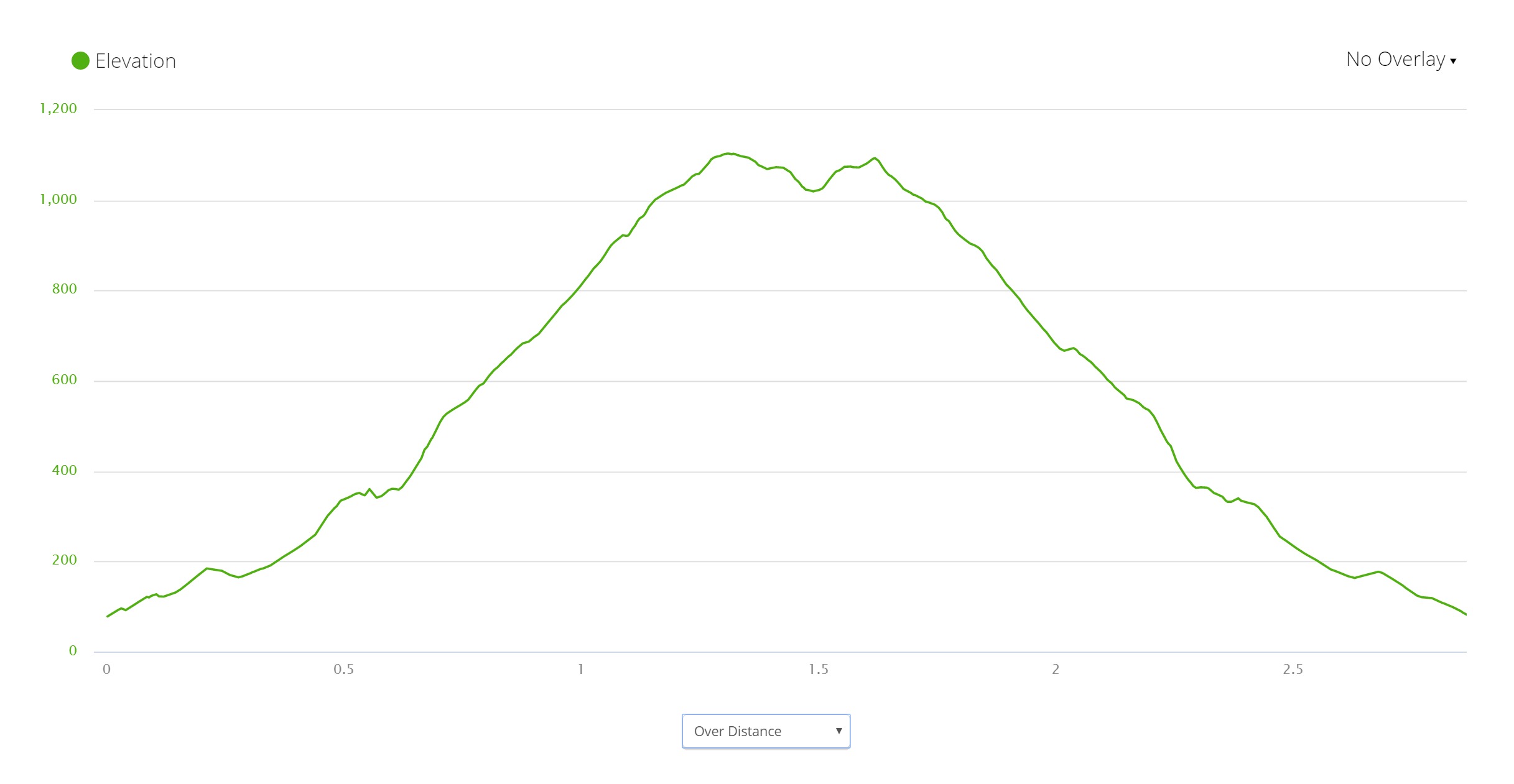