Nestled at the foothills of the imposing Tatra Mountains, the largest range of the Carpathians, sits the small alpine village of Zakopane. Just a couple hours south of Krakow, the ‘winter capital of Poland’ is a popular holiday destination for locals, boasting prime skiing in the winter months, and offering over 270 km of hiking and climbing trails in the summer. Because the trail system is only open in its entirety from essentially June to September (it’s not atypical for patches of snow and ice to persist year-round), July and August tend to see heaps of local summer vacationers.

One of the summit hikes that was recommended to us by a fellow traveler we met along China’s Great Wall was Giewont, a 1,895-meter (6,217-foot) massif in Poland’s Western Tatras. The craggy crest bears the profile of a slumbering man, and according to local legend, the sleepy knight is a quiescent protector of the land. Giewont’s undulating ridge is actually comprised of three distinct crests – Small (Maly), Great (Wielki, the highest), and Long (Dlugi) – with the summit trail leading to a giant steel cross atop Great Giewont. Because Giewont is an important national symbol, and one of the more classic (i.e. popular) hikes in the Tatras, we got an early start to try to avoid the high-season crowds. After a quick, 1.5-mile bike ride through the crisp morning air from our apartment in Koscielisko, we arrived at an all but deserted trailhead around 6:30 a.m. Starting out on the north side of the peak, the well-marked track snaked through Dolina Malej Laki (‘Small Meadow Valley’). As the trail transitioned from thick forest to open meadow, we were welcomed with our first glimpse of the soaring summits. The rugged, limestone and dolomite ridges were blanketed with dazzling evergreens, aglow in the early morning sunlight. As we climbed gradually toward Giewont’s summit, the trail twisted through the dark shadows of the towering mountainsides, regularly giving way to views of the brightly-illuminated valleys. 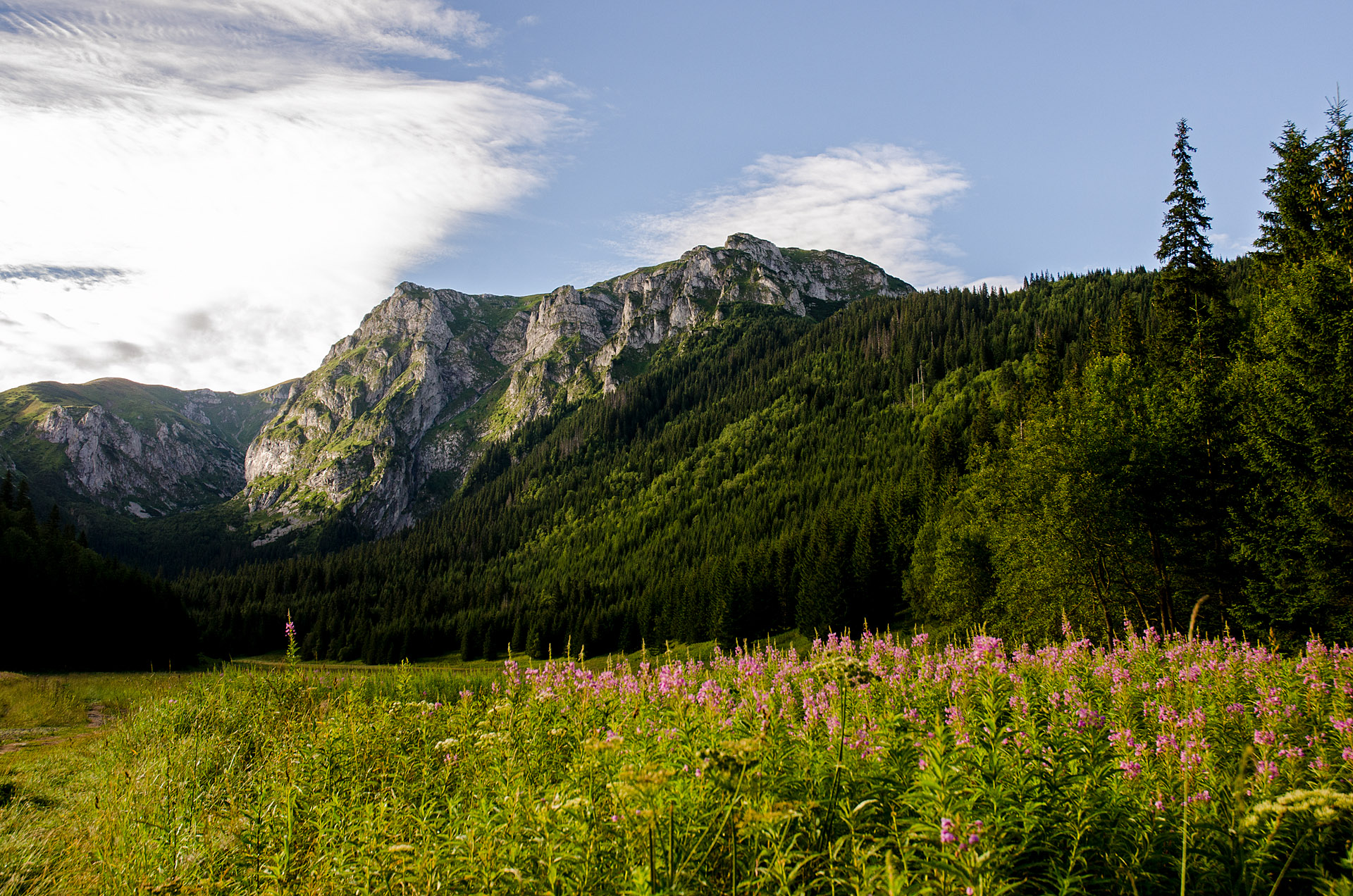 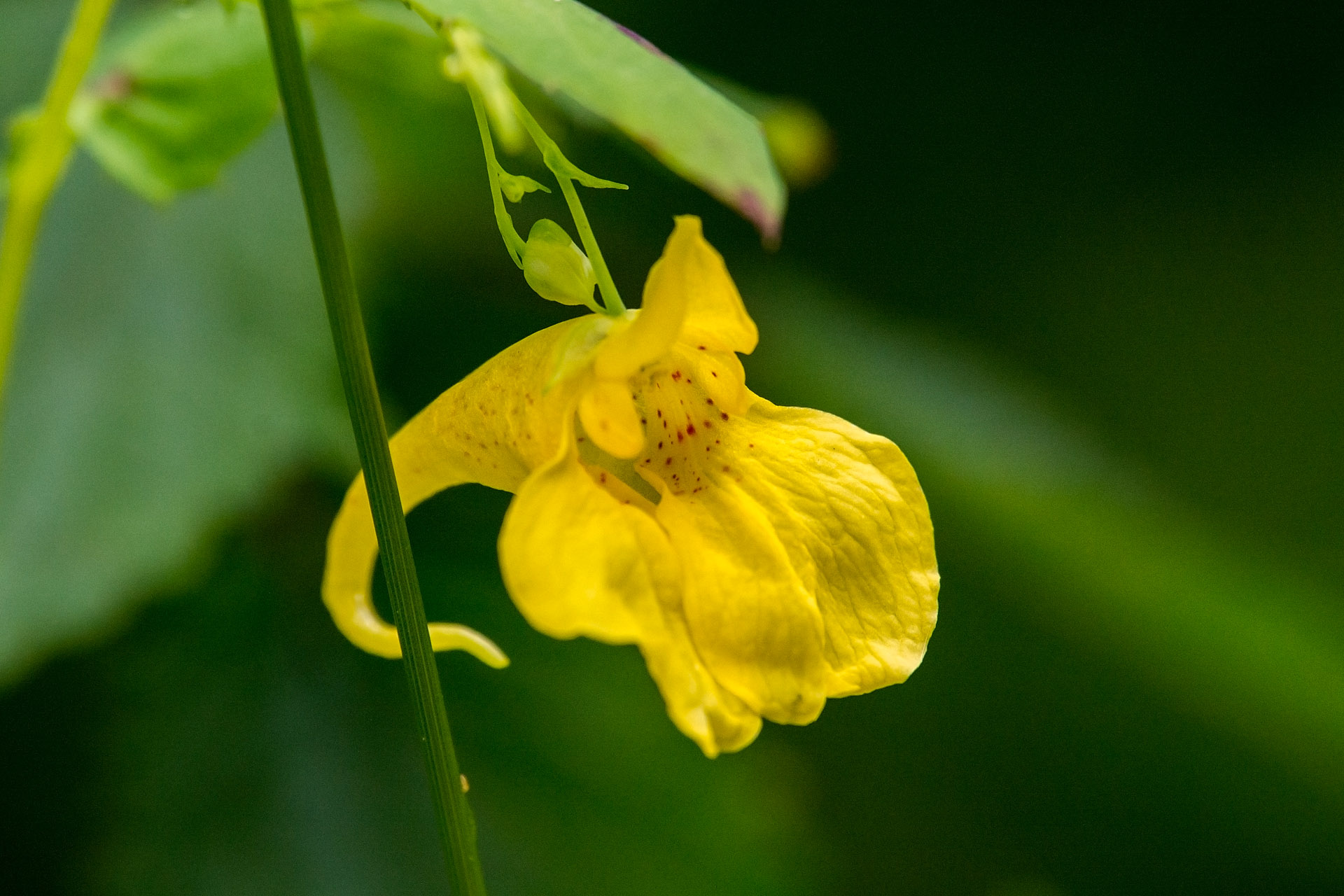 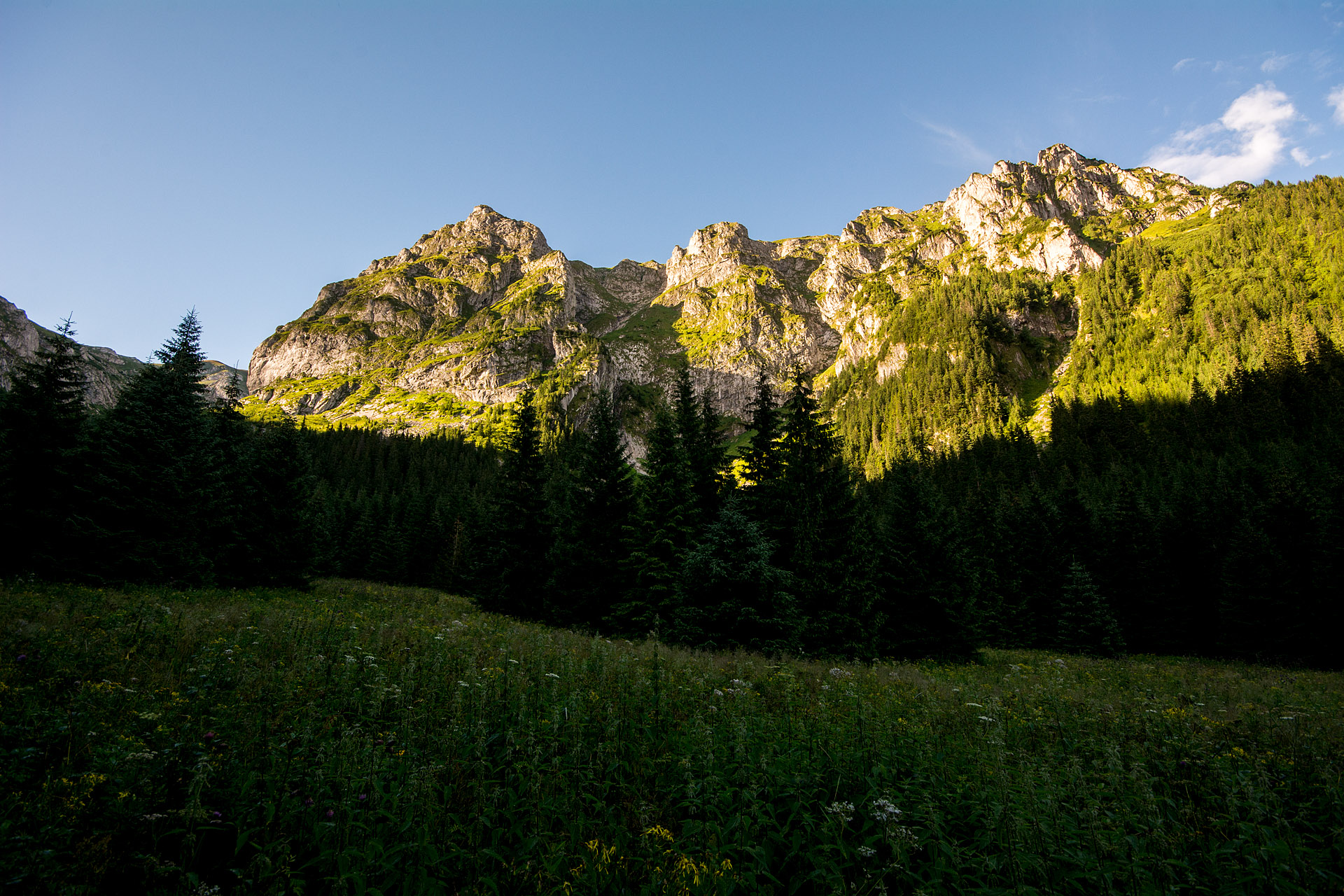 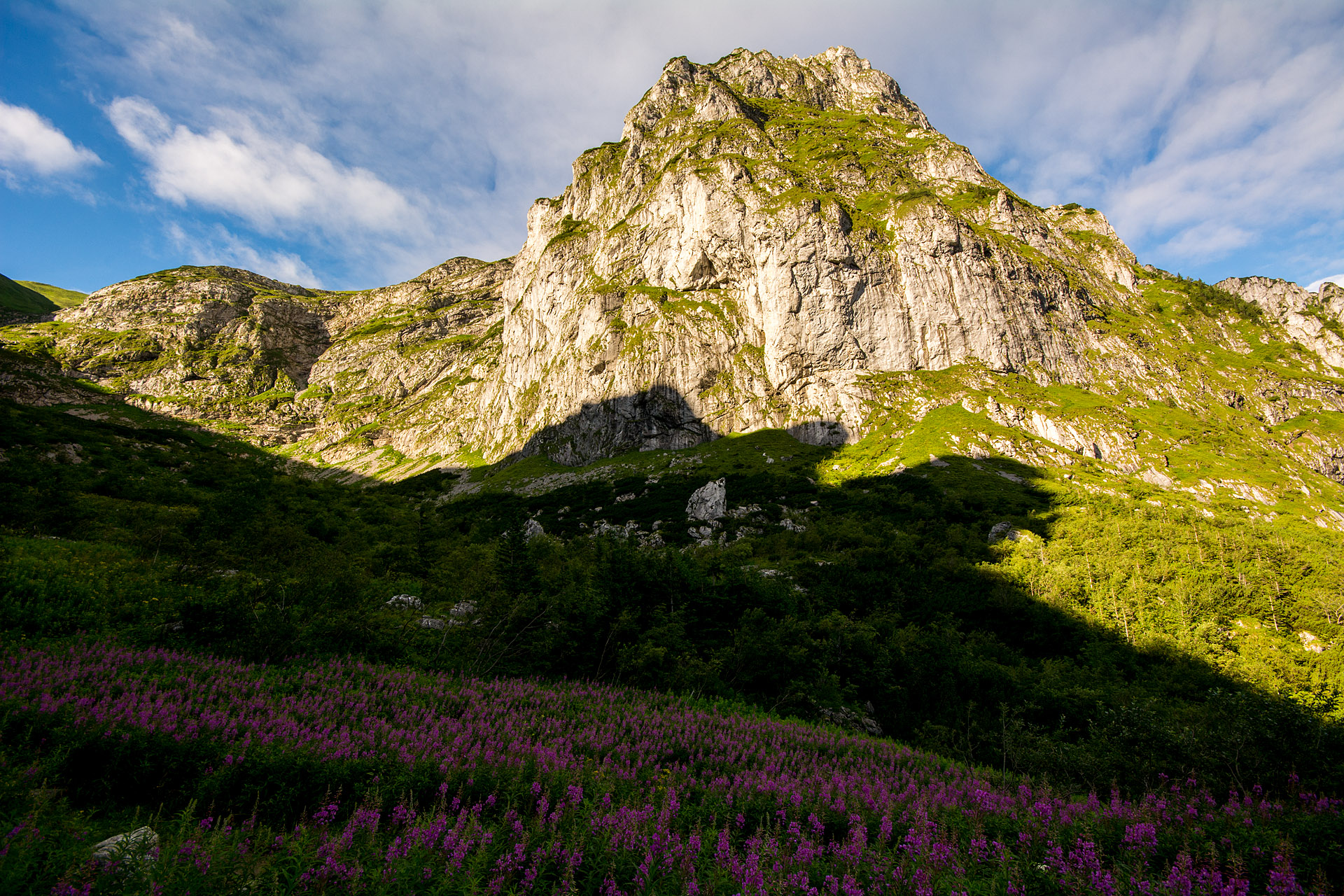 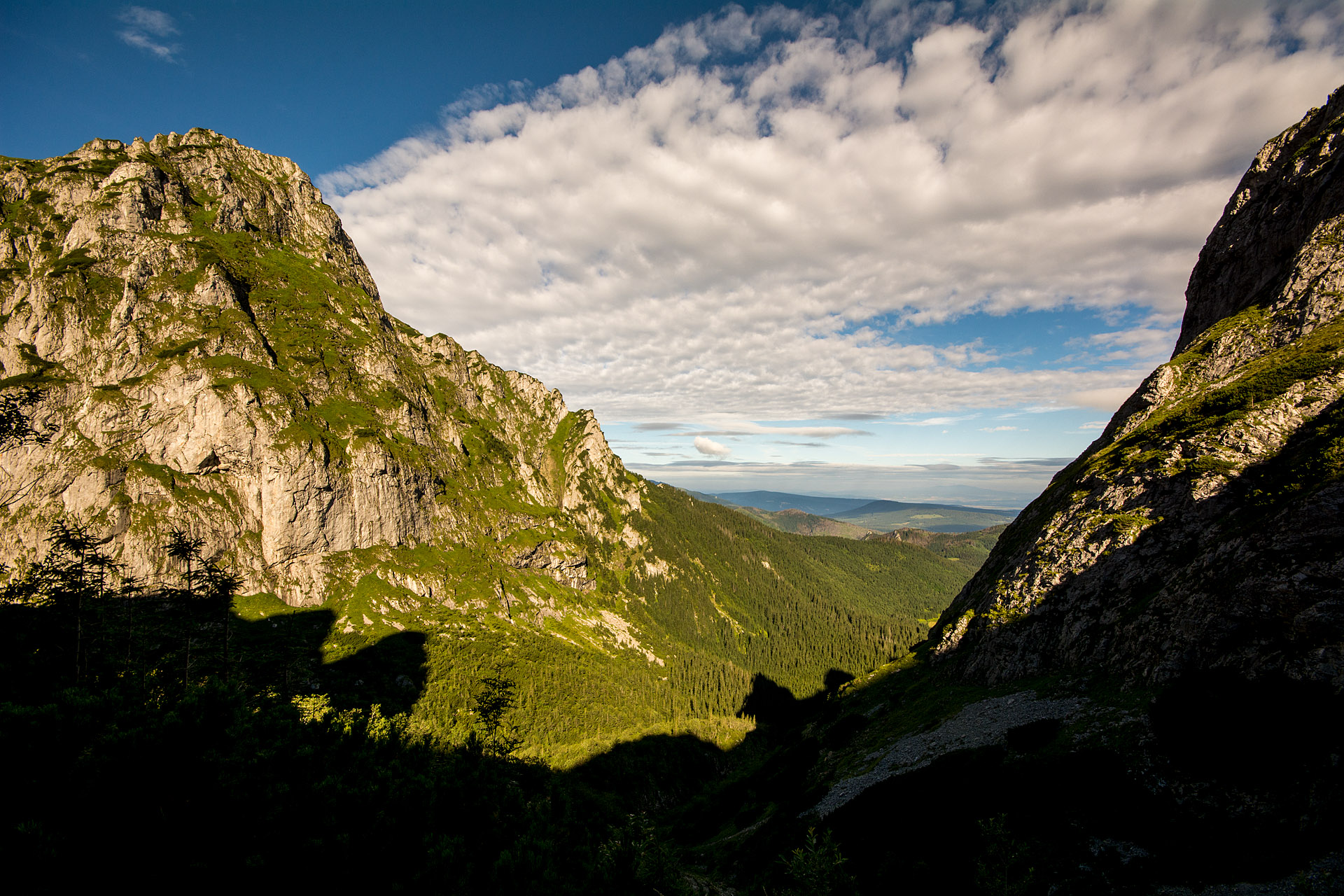 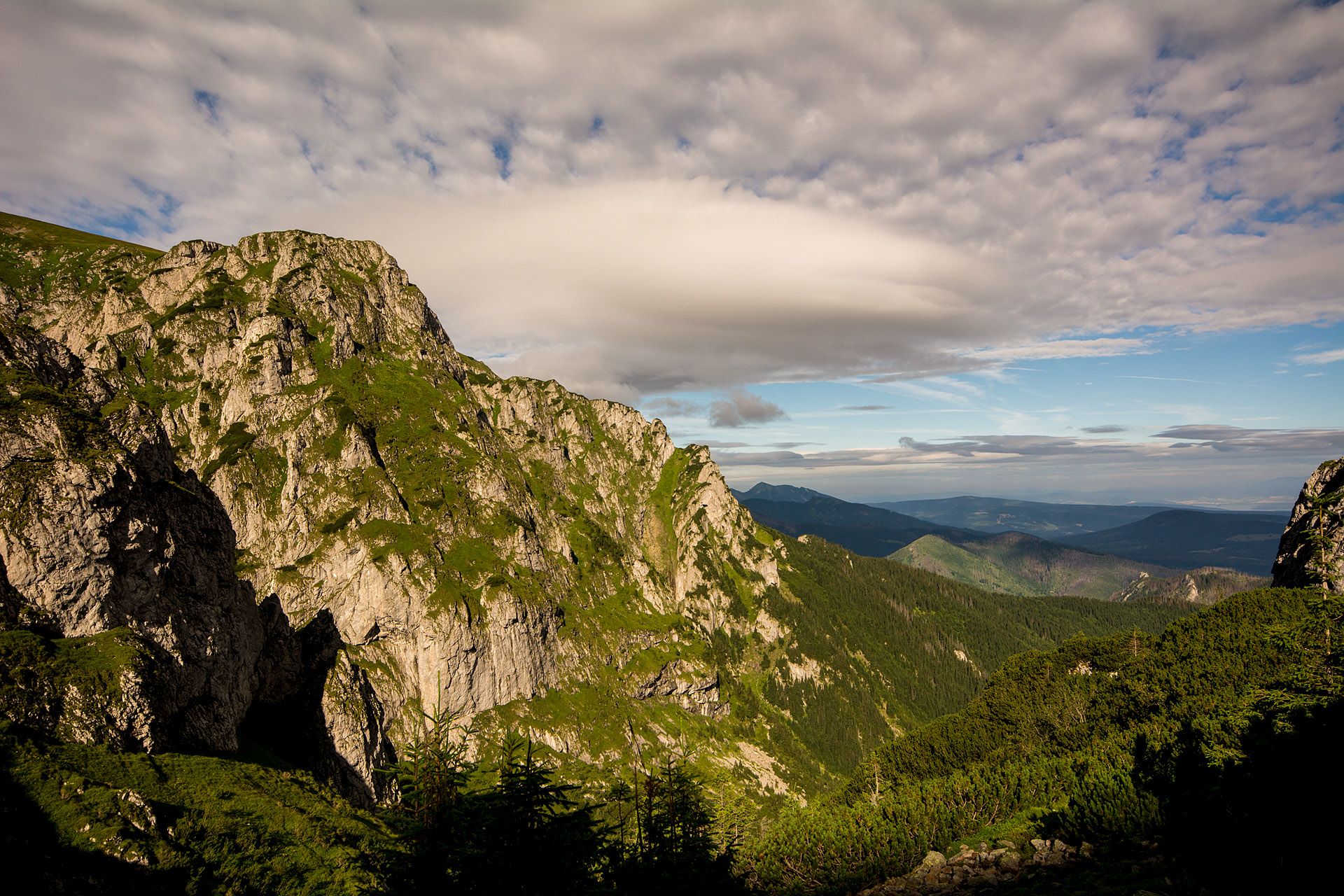 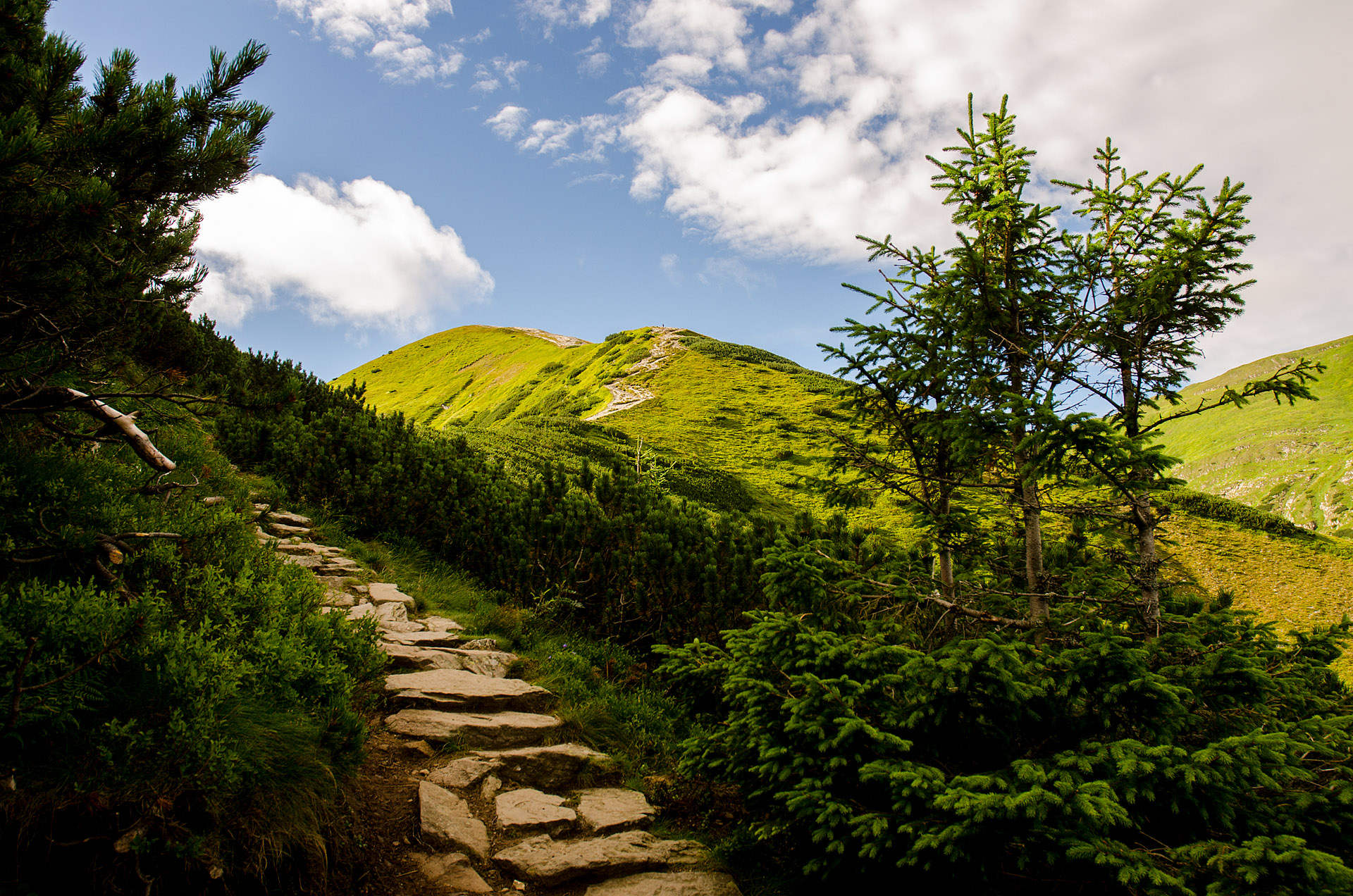 After reaching the saddle (Kondracka Pass), all that remained was a short, slightly-steeper ascent to the top of Giewont. While the first part of the trek was nearly devoid of people, the convergence of several trails atop this ridge yielded a surprising surge in the number of hikers, most likely coming from the more popular (and accessible) route originating in Kuznice. We made our way toward the top, which was only a brief clamber up a few hundred meters of rock to the summit at 6,217’ (1,895 meters). Although we shared the summit with a reasonable number of other climbers at this point, there was still plenty of room to relax beneath the 15-meter steel cross and enjoy a quick snack while taking in the extensive views. The towns of Zakopane and Koscielisko lay before us along Giewont’s northern face, while, to the south, the undulating peaks and verdant valleys that formed the border with Slovakia stretched as far as the eye could see. 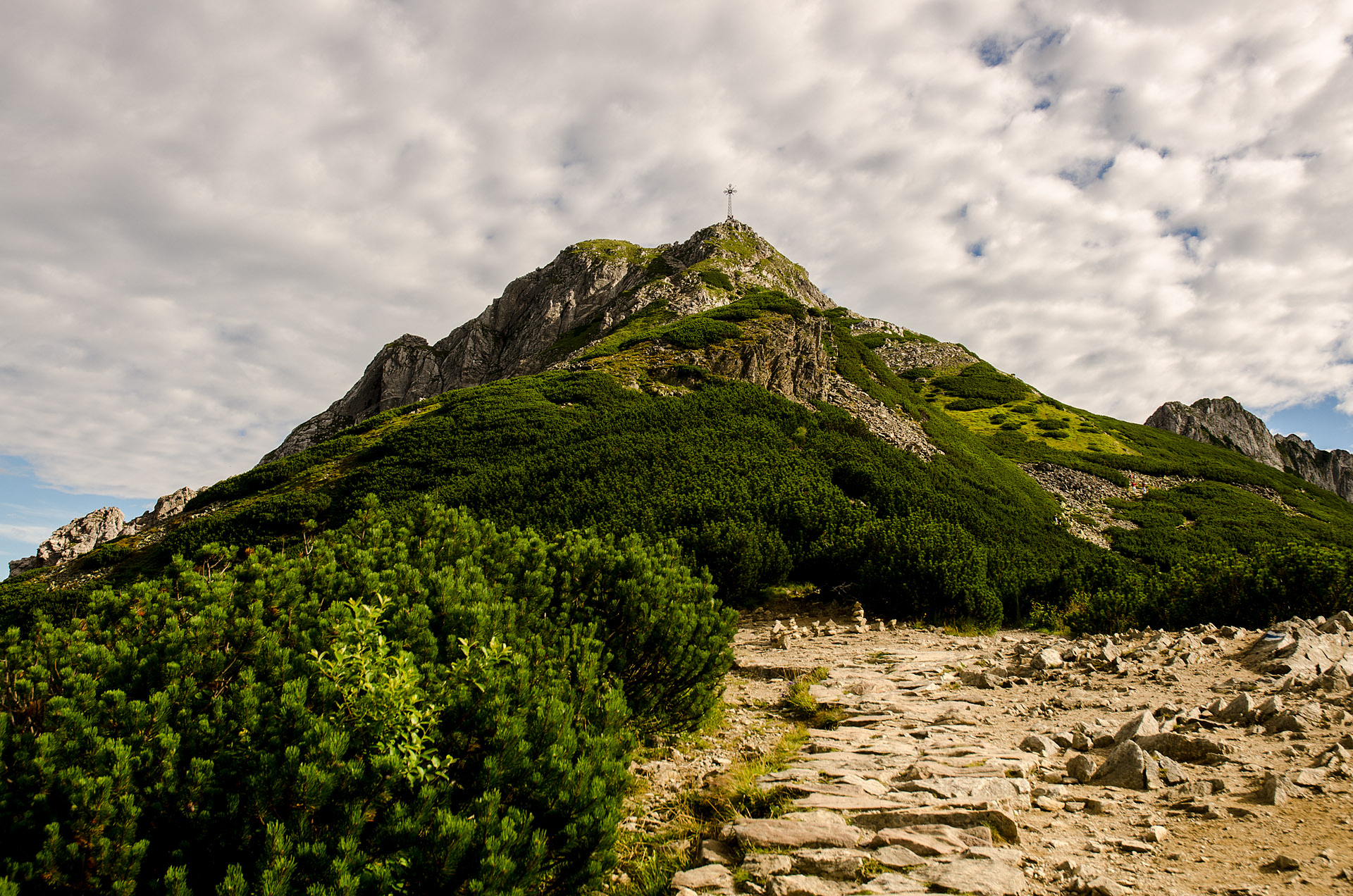 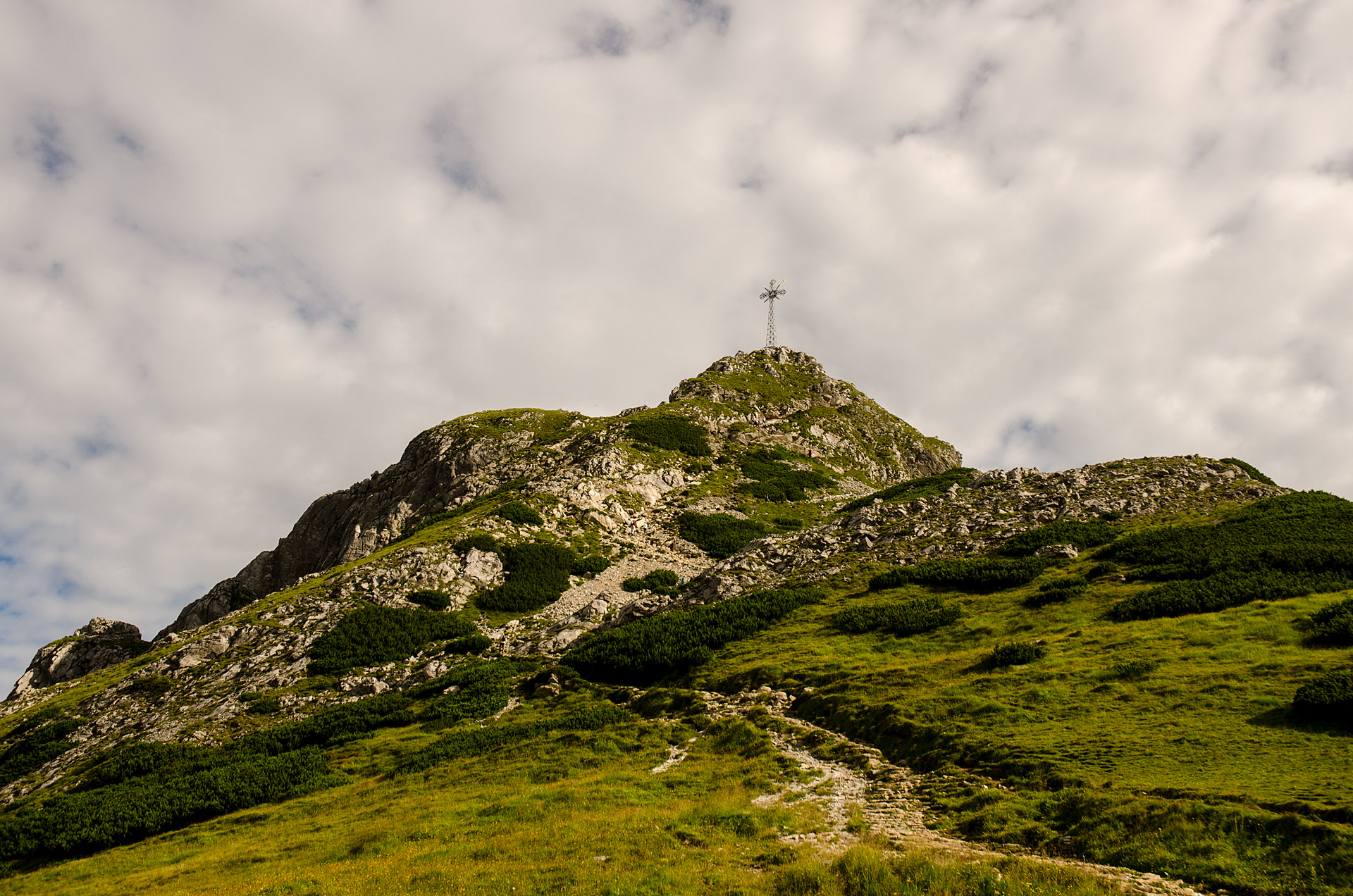 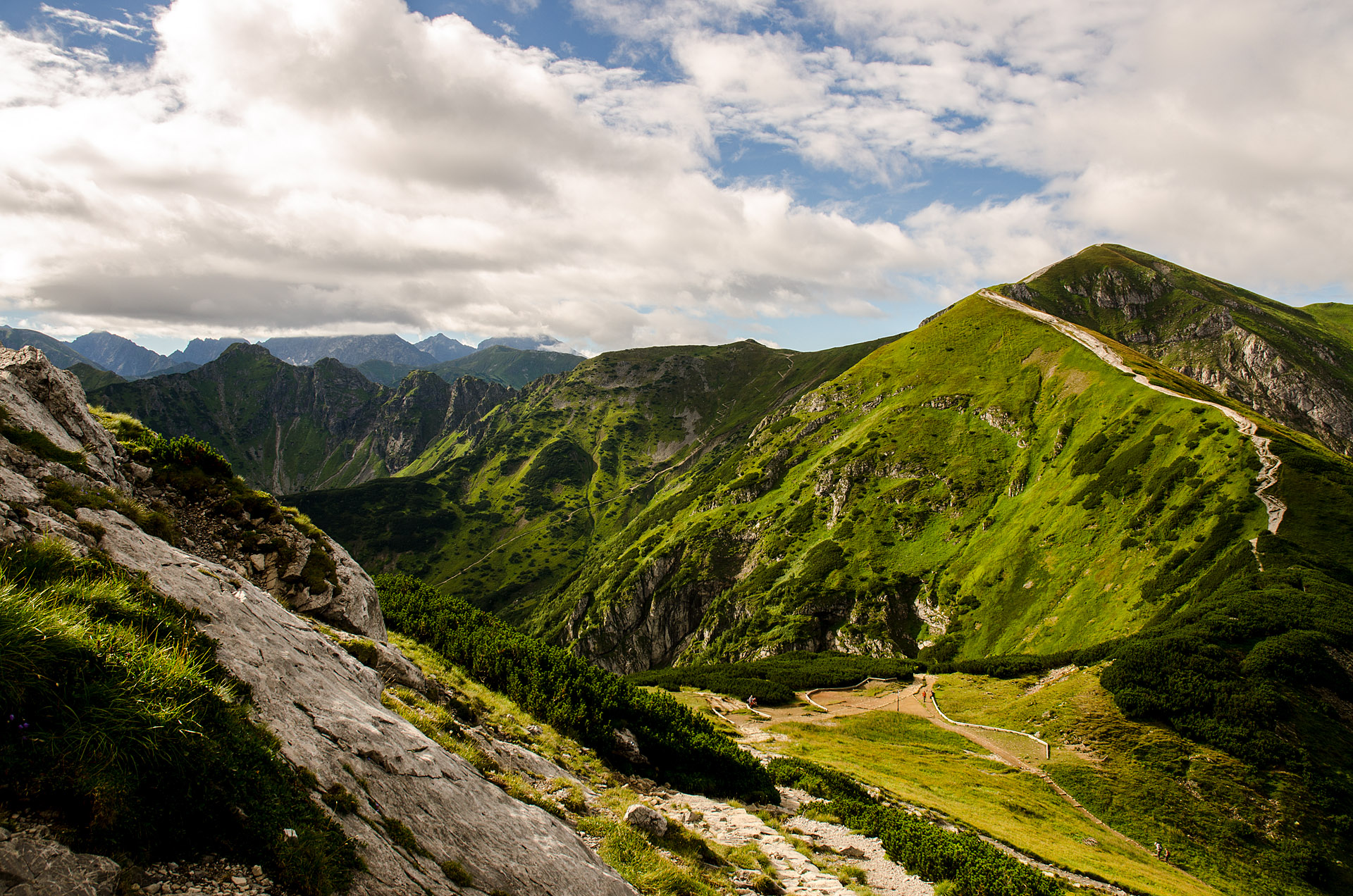 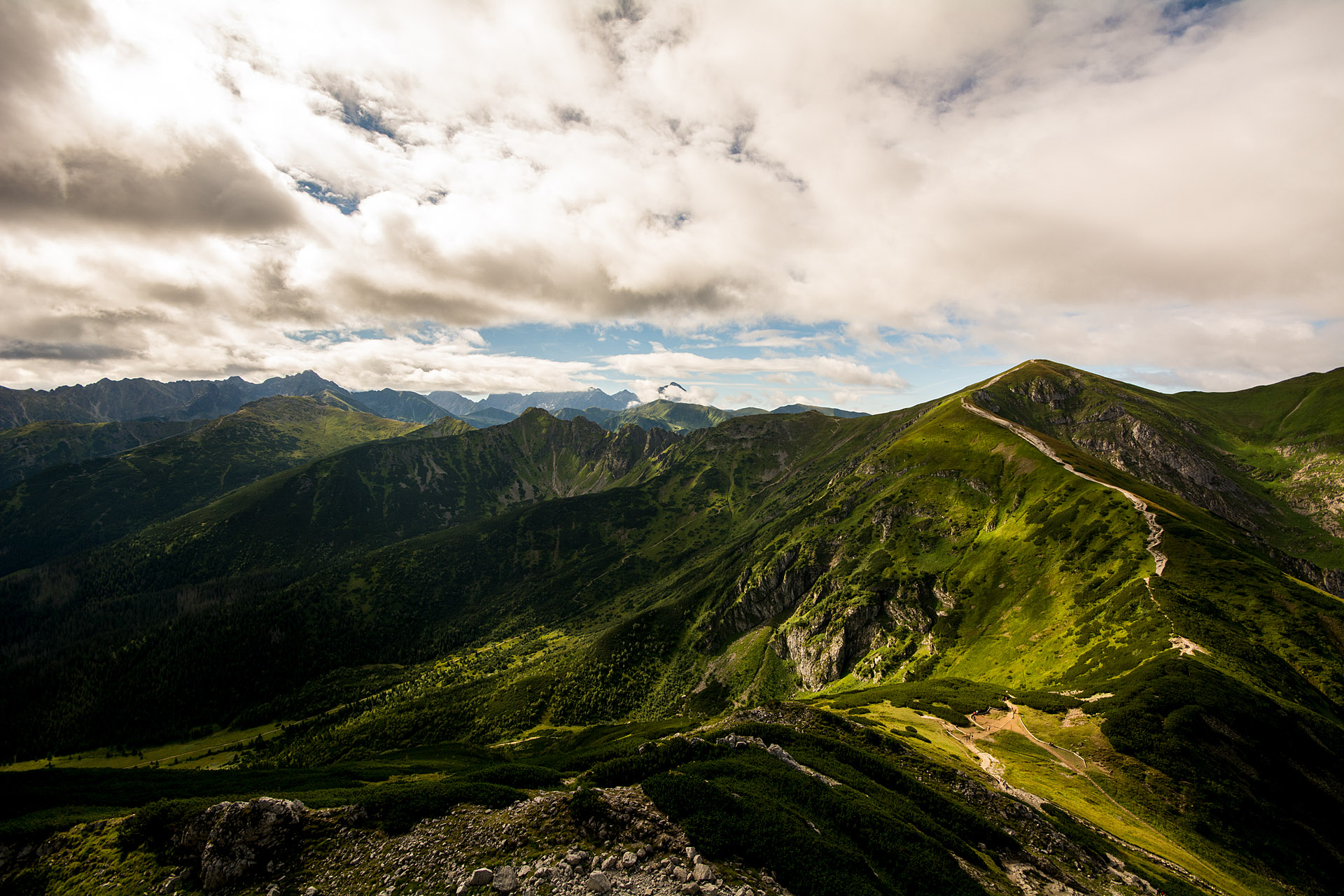 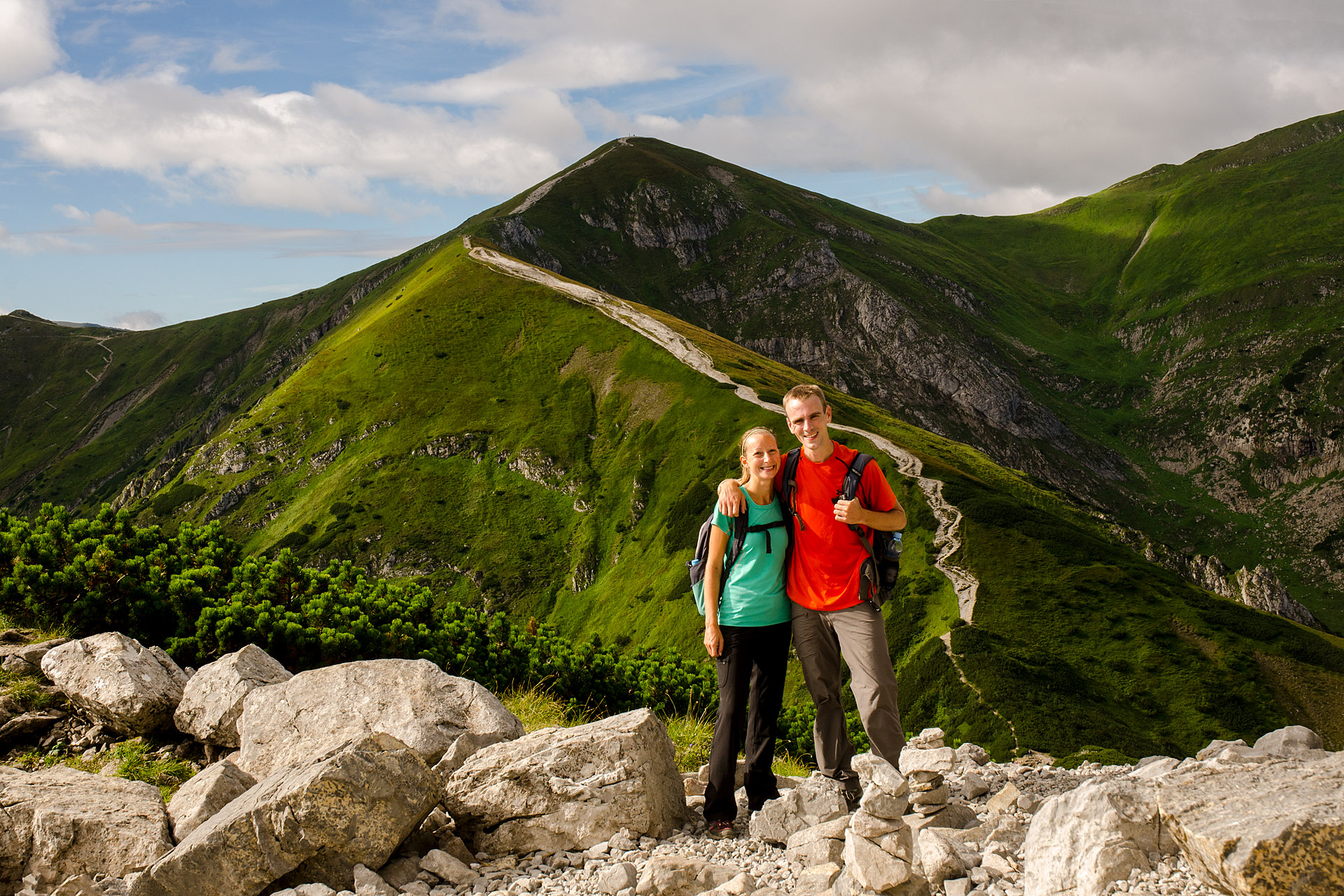 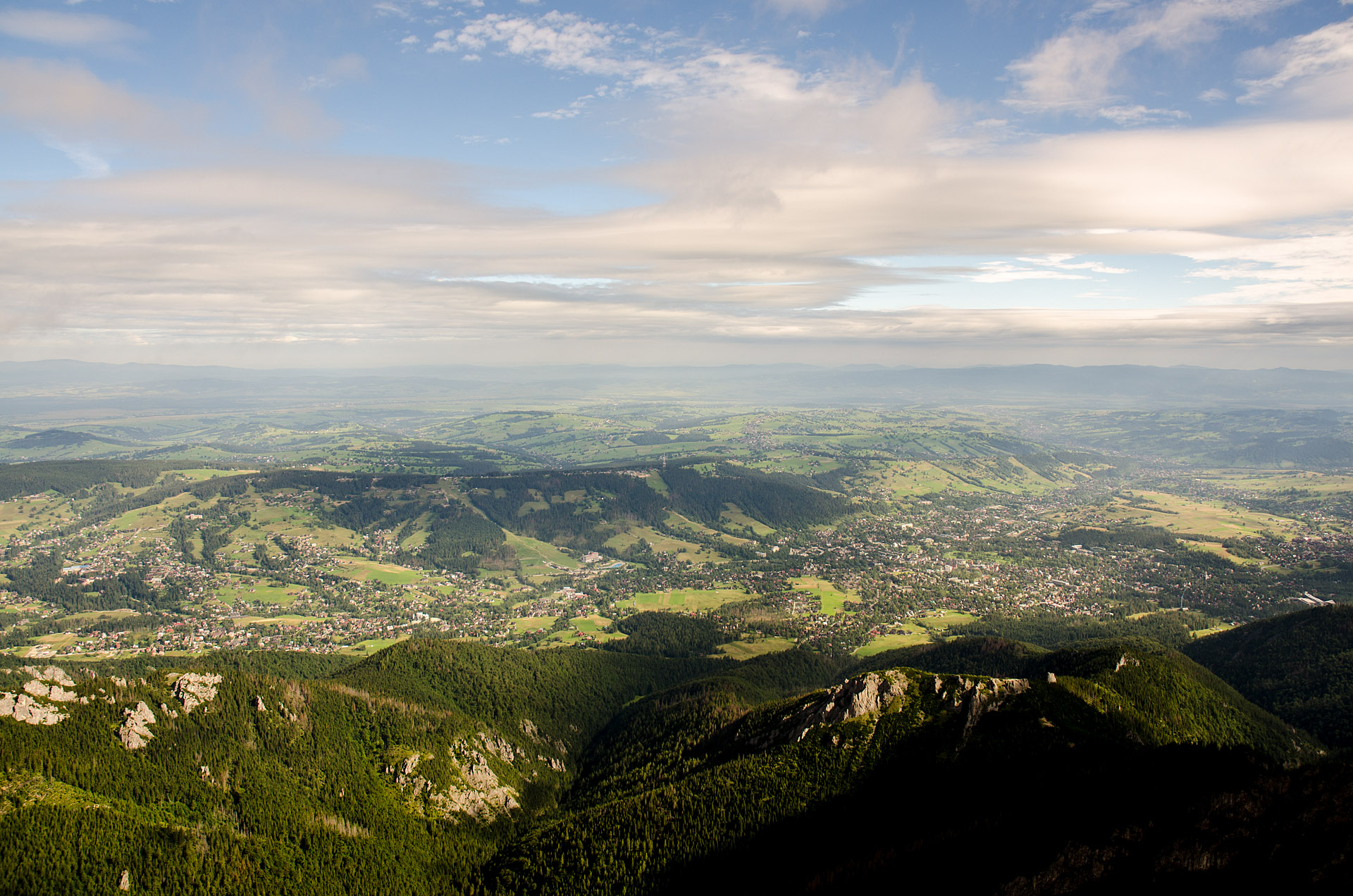 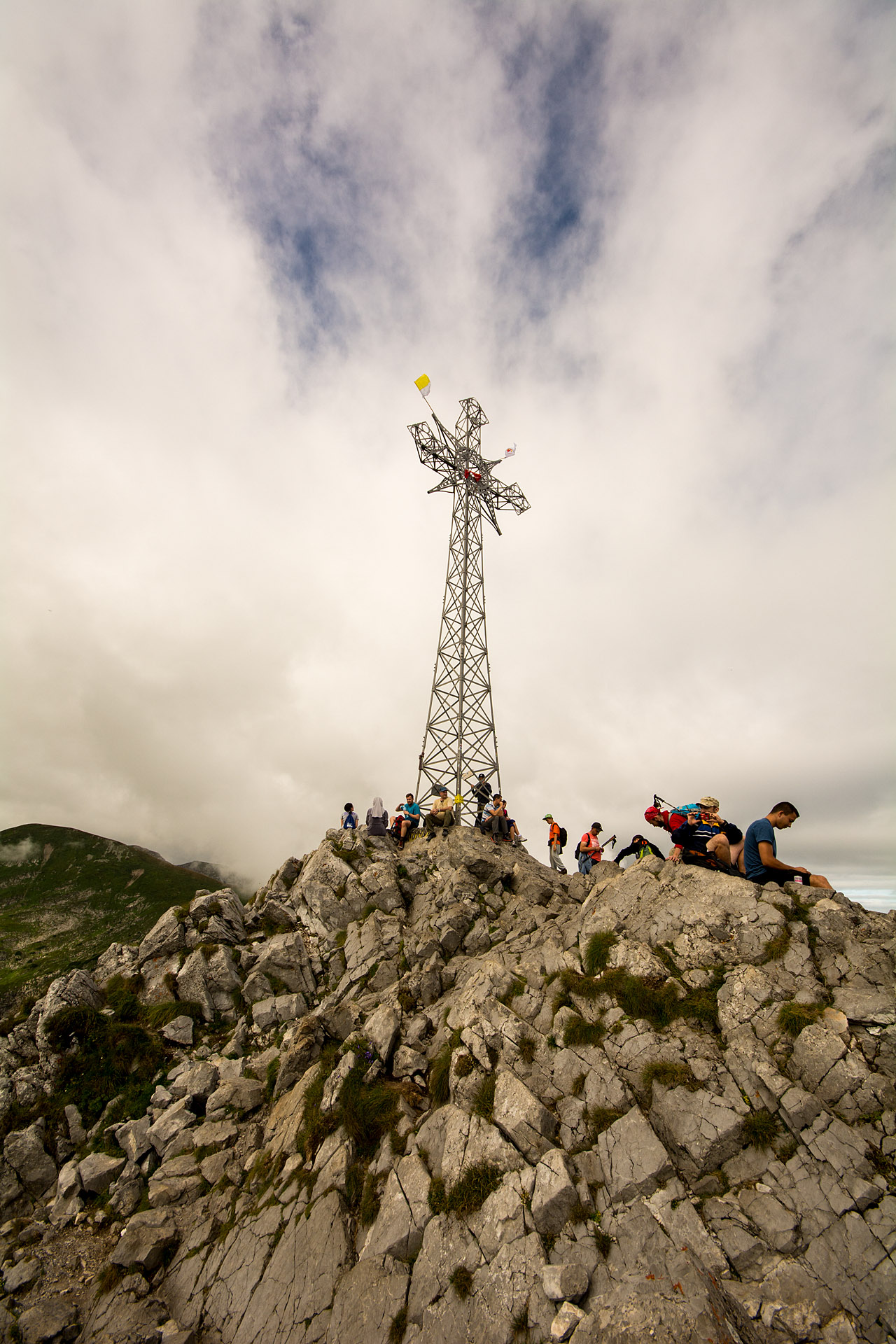 I checked my watch and was somewhat shocked to find that we’d made it to the top in a mere two hours. Having anticipated a full day of hiking (oops), we pulled out our topo map to figure out a way to extend the trip. We could see a trail leading up a lush ridge to the south, which looked particularly inviting, so we ultimately chose this route to continue the hike. The exposed pass, Wielkie Szerokie, ascended the neighboring peak, Kopa Kondracka, that straddles the Poland/Slovakia border. After a moderate grade and a distance of only about 2 km (1.3 miles), we reached Kopa Kondracka’s less-crowded summit at 6,575 feet (2,004 m). As we gazed back upon the iconic cross atop Giewont, a chilly breeze and patches of low-hanging clouds starting to roll in, intermittently obscuring our impressive view. 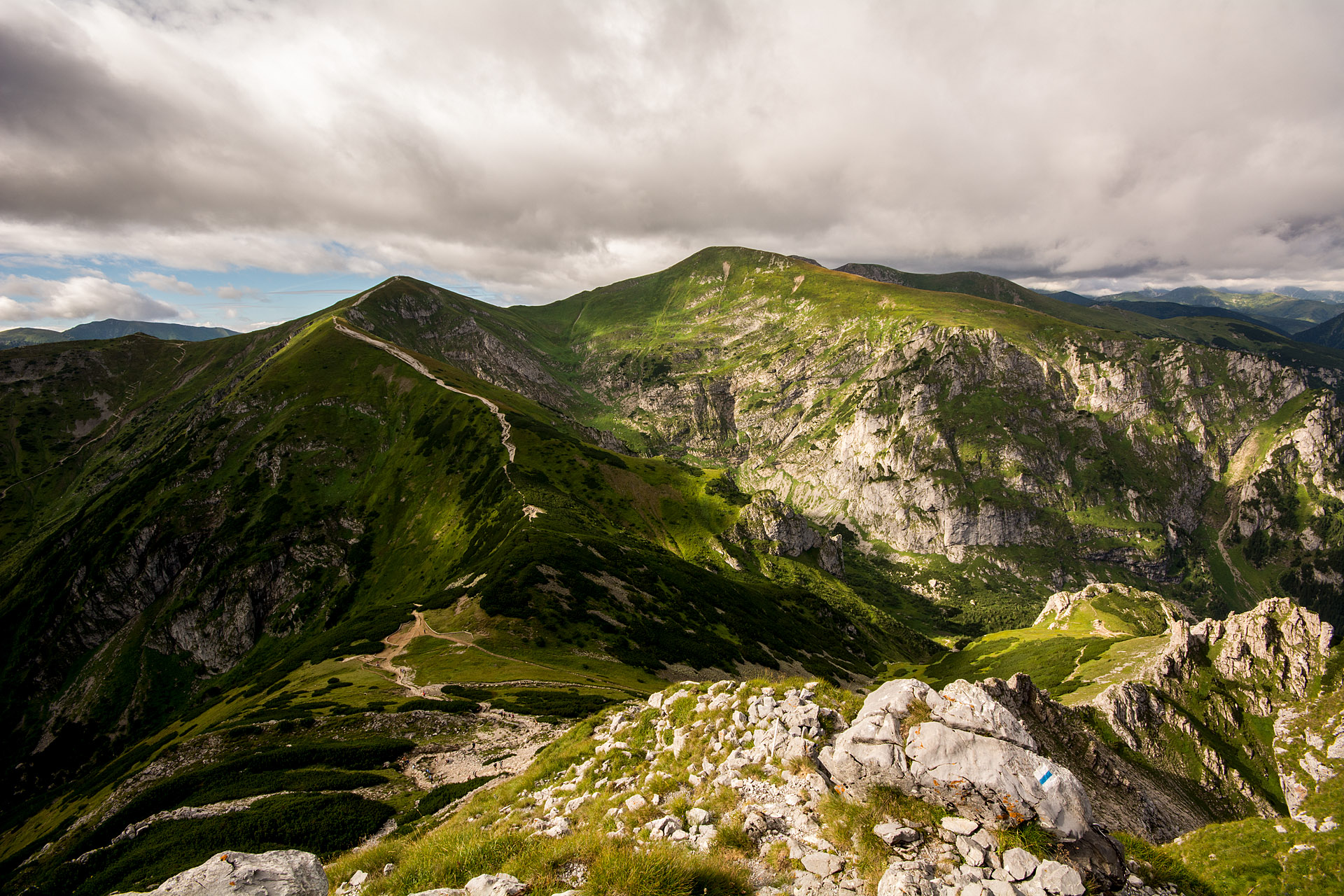 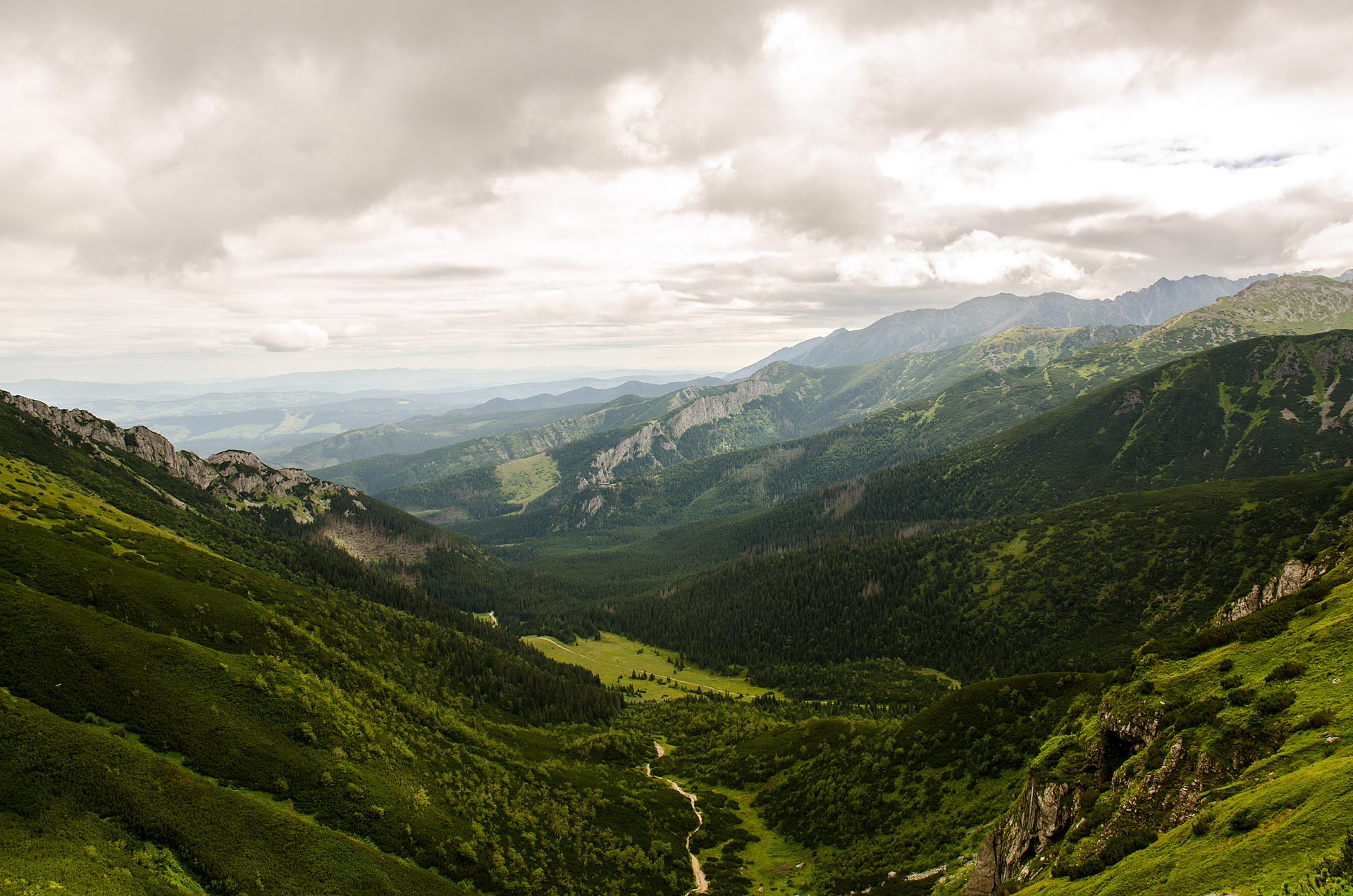 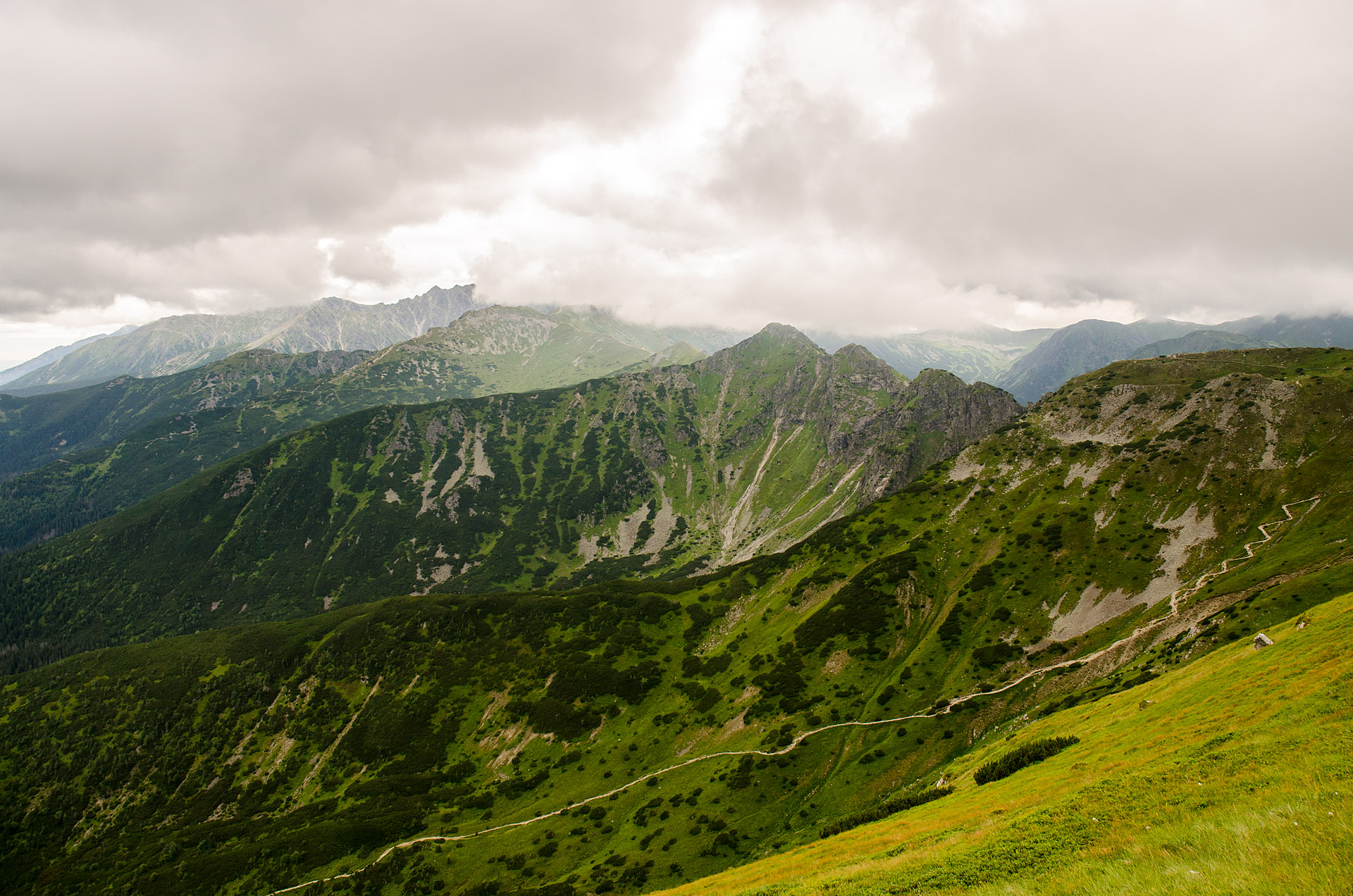 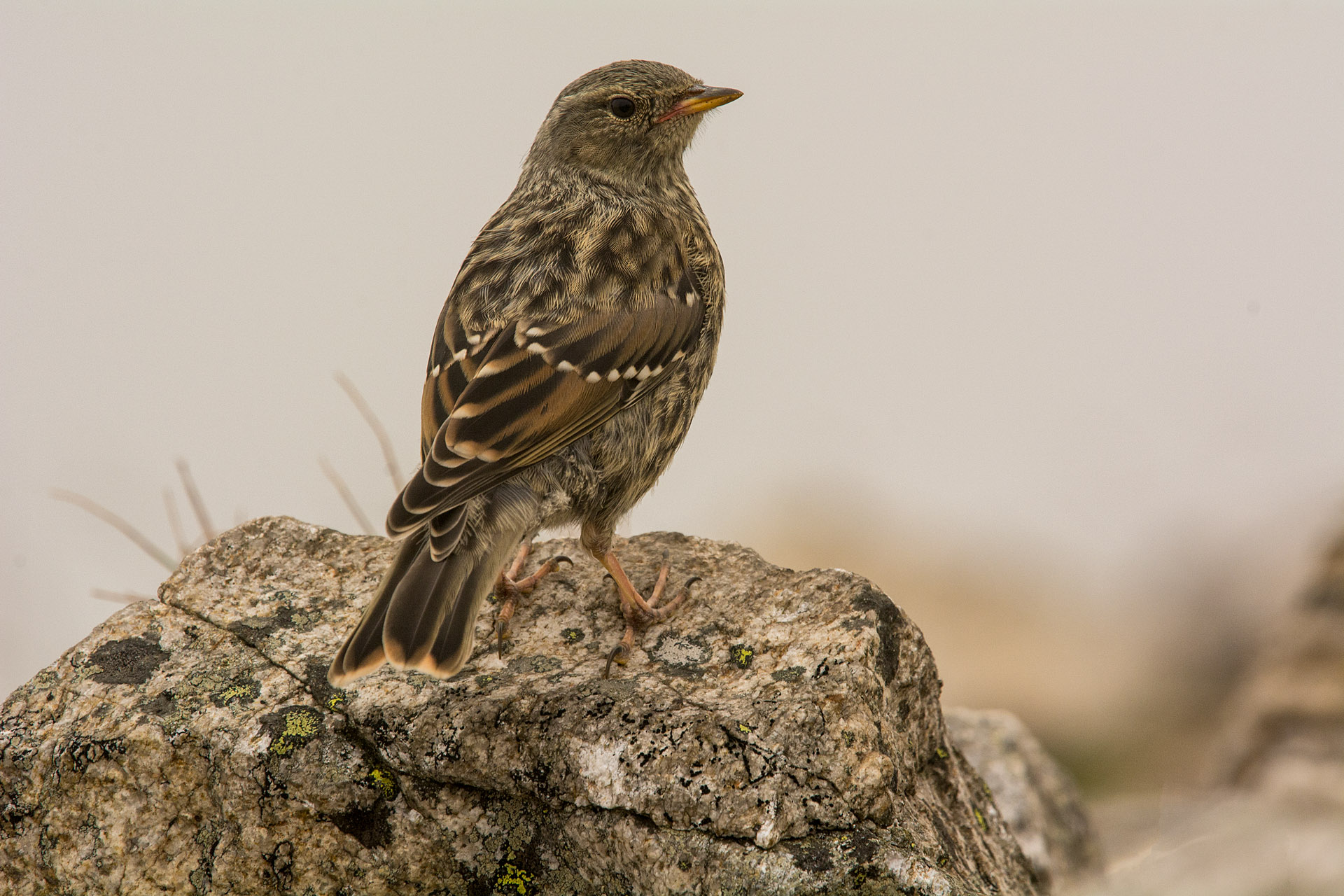 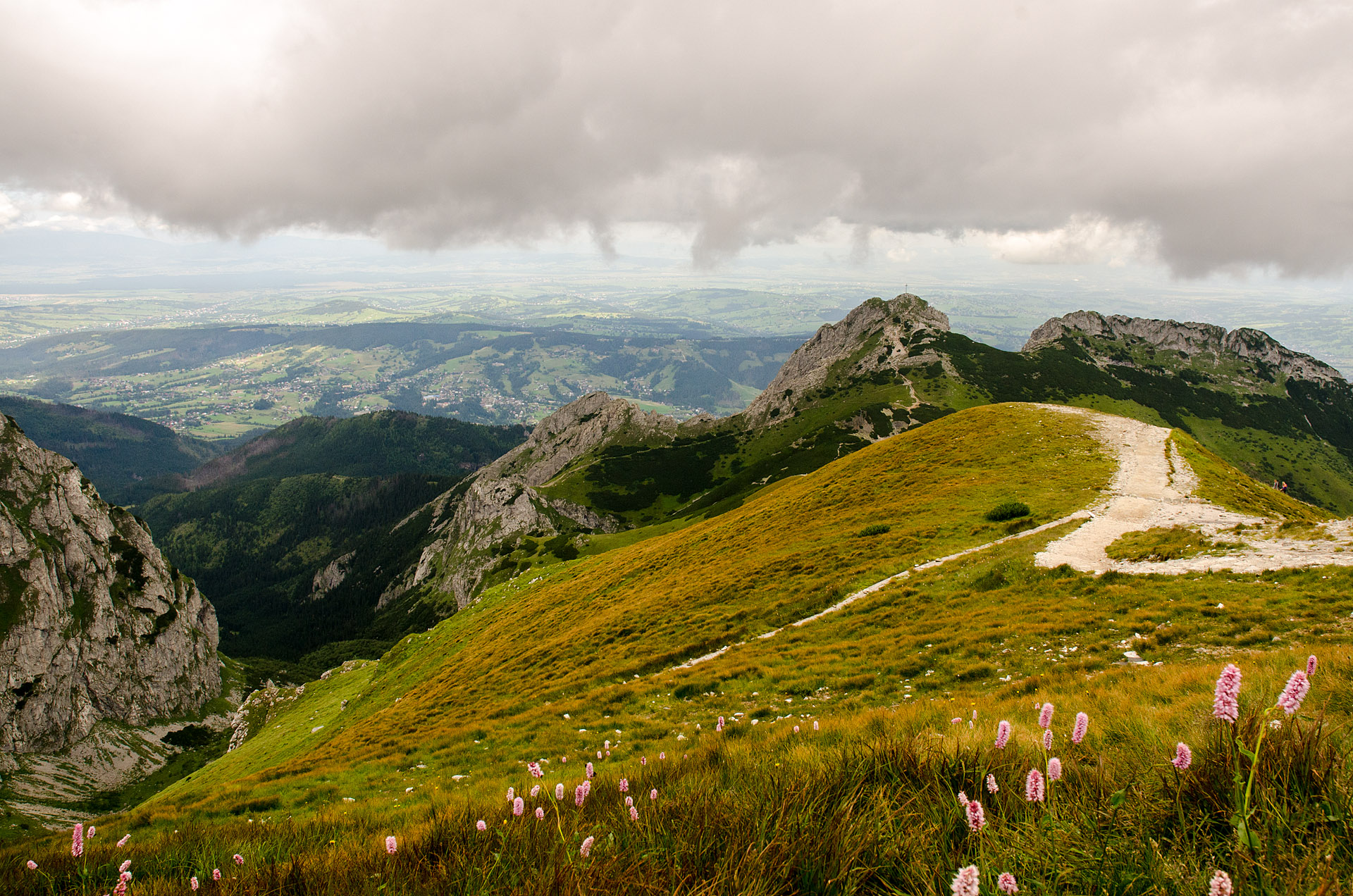 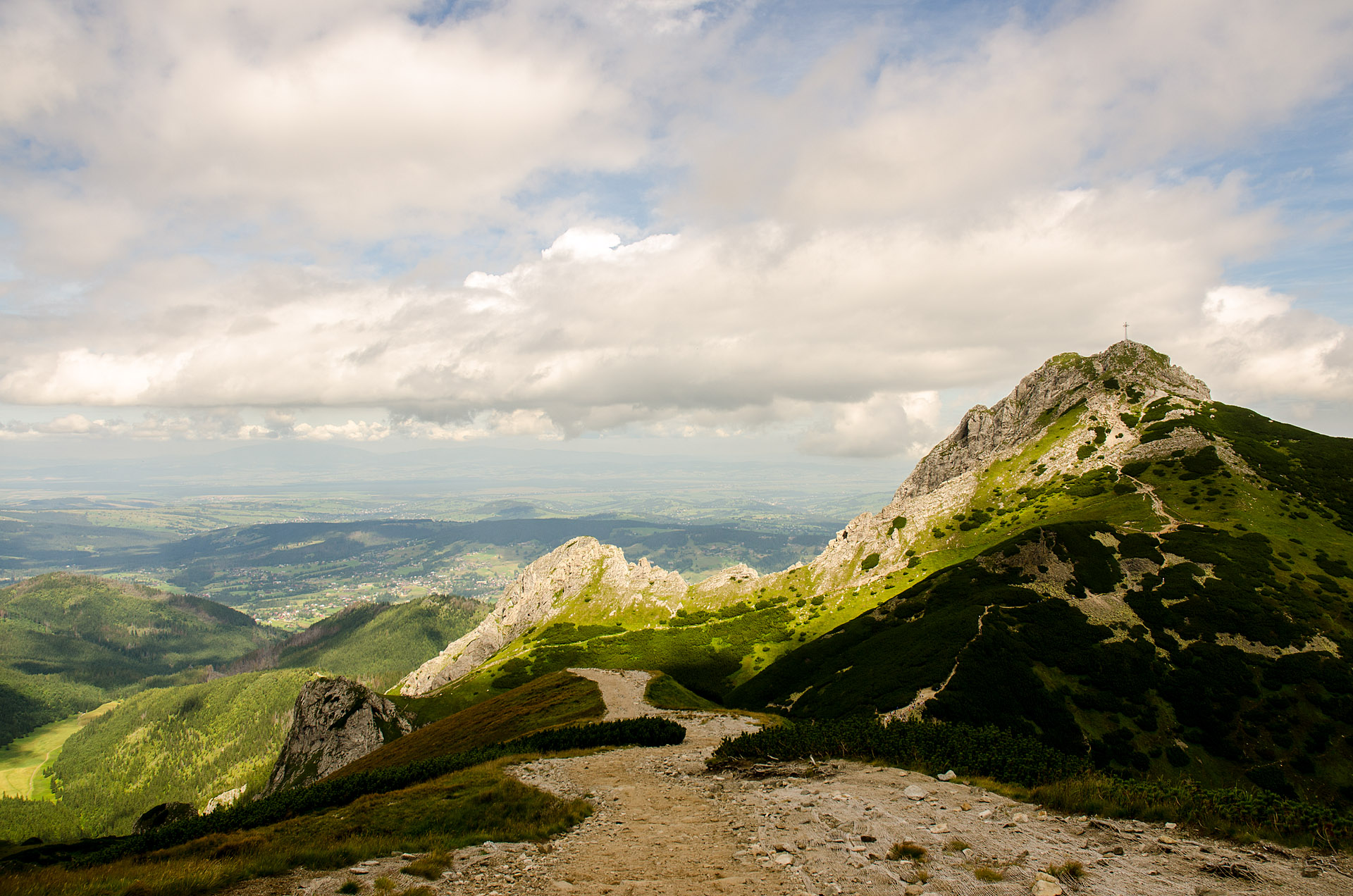 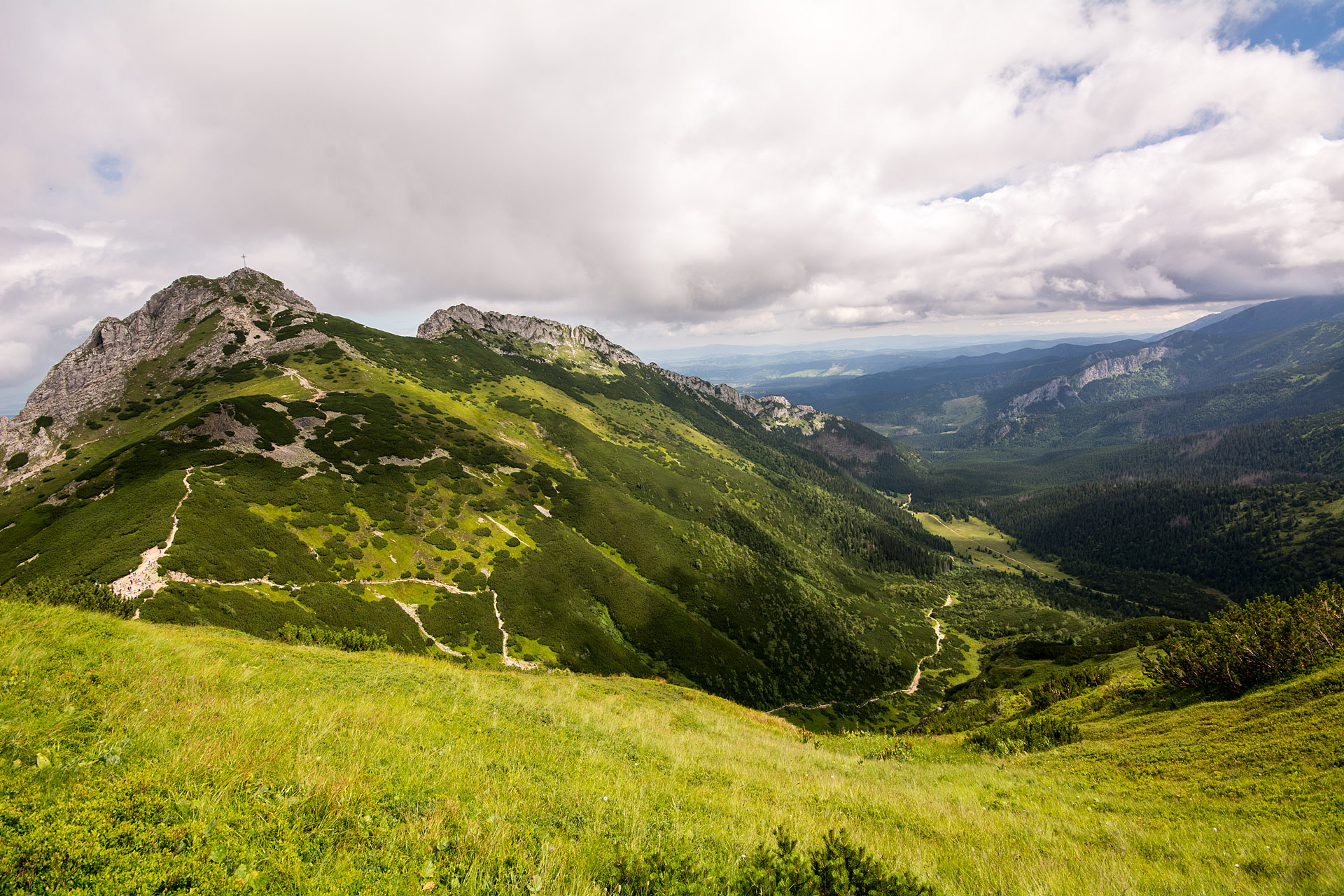 We ultimately opted to head back down a slightly different route, for a change of scenery. After descending back down the ridge and crossing the saddle towards Giewont, we followed a track just a bit further east, winding along the montane hill of Grzybowiec before finally rejoining part of our original track through Dolina Malej Laki. 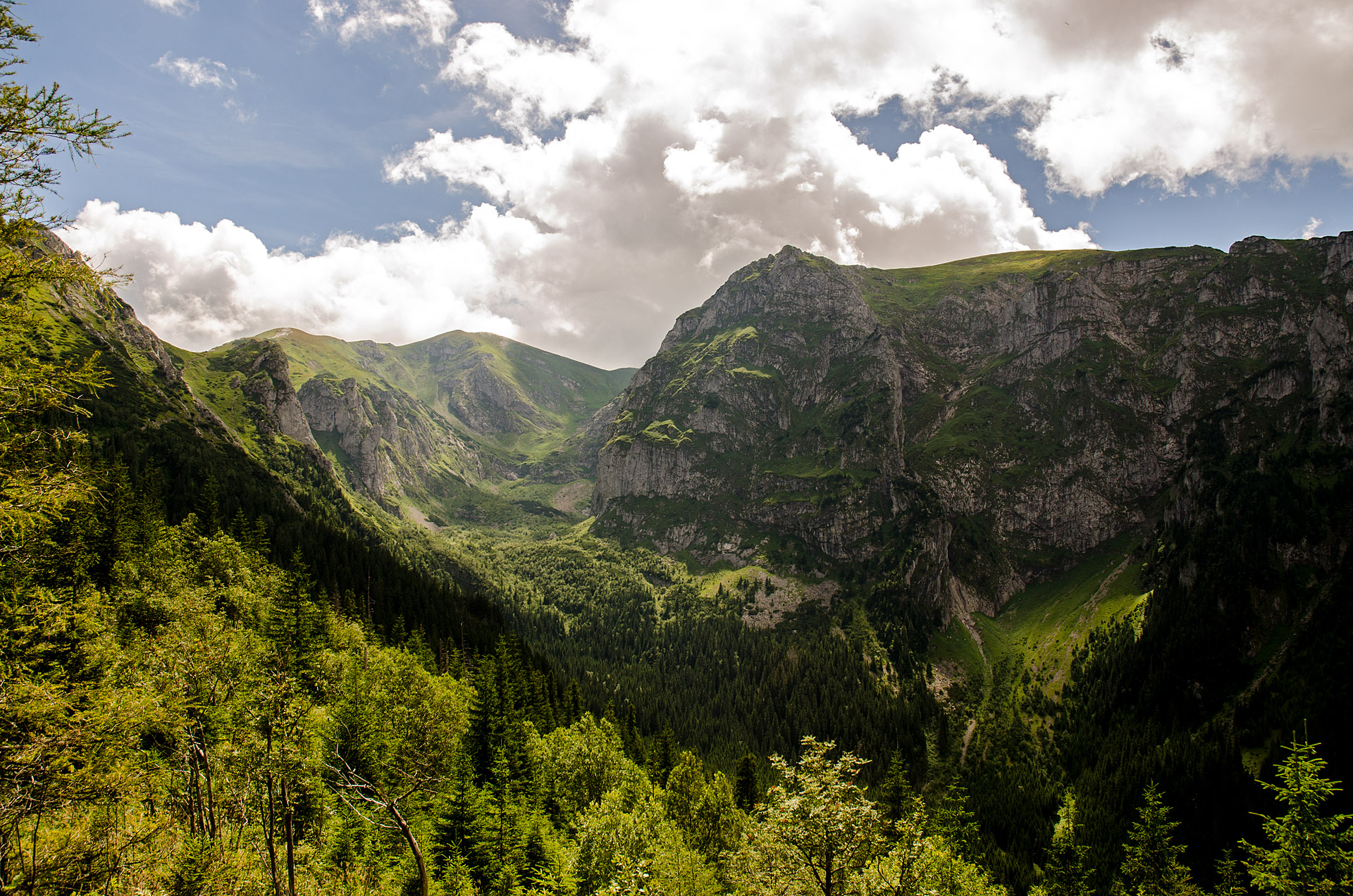 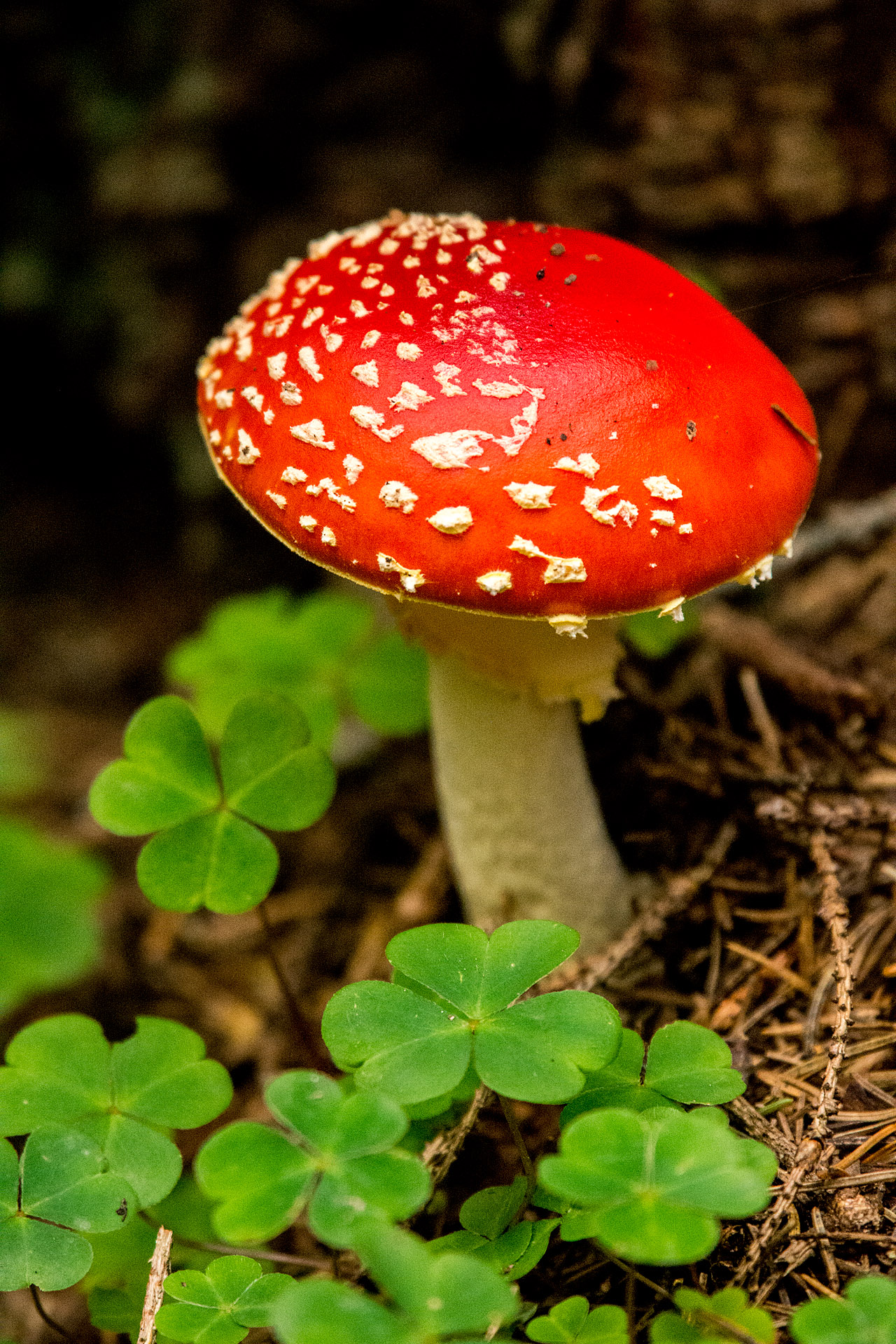 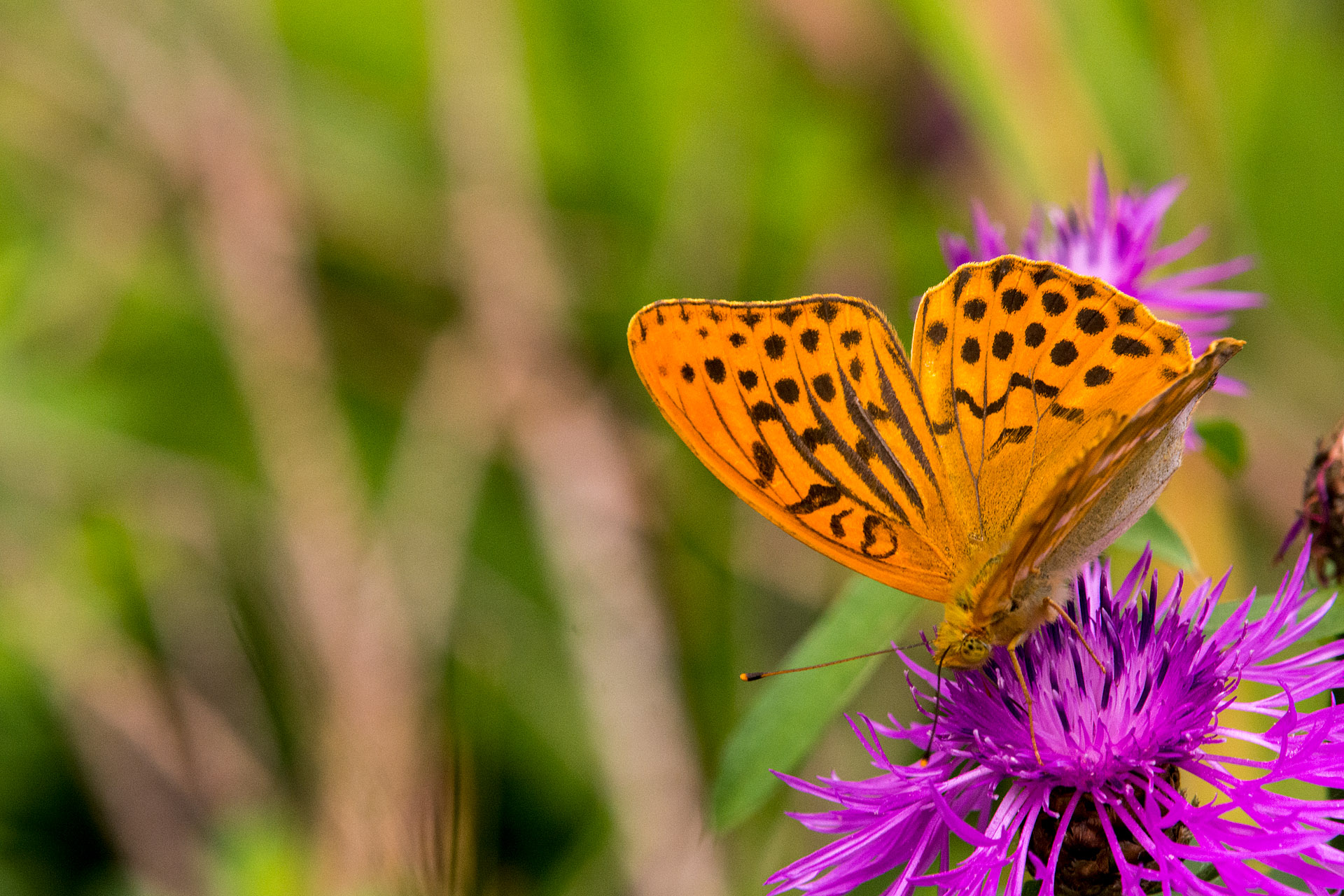 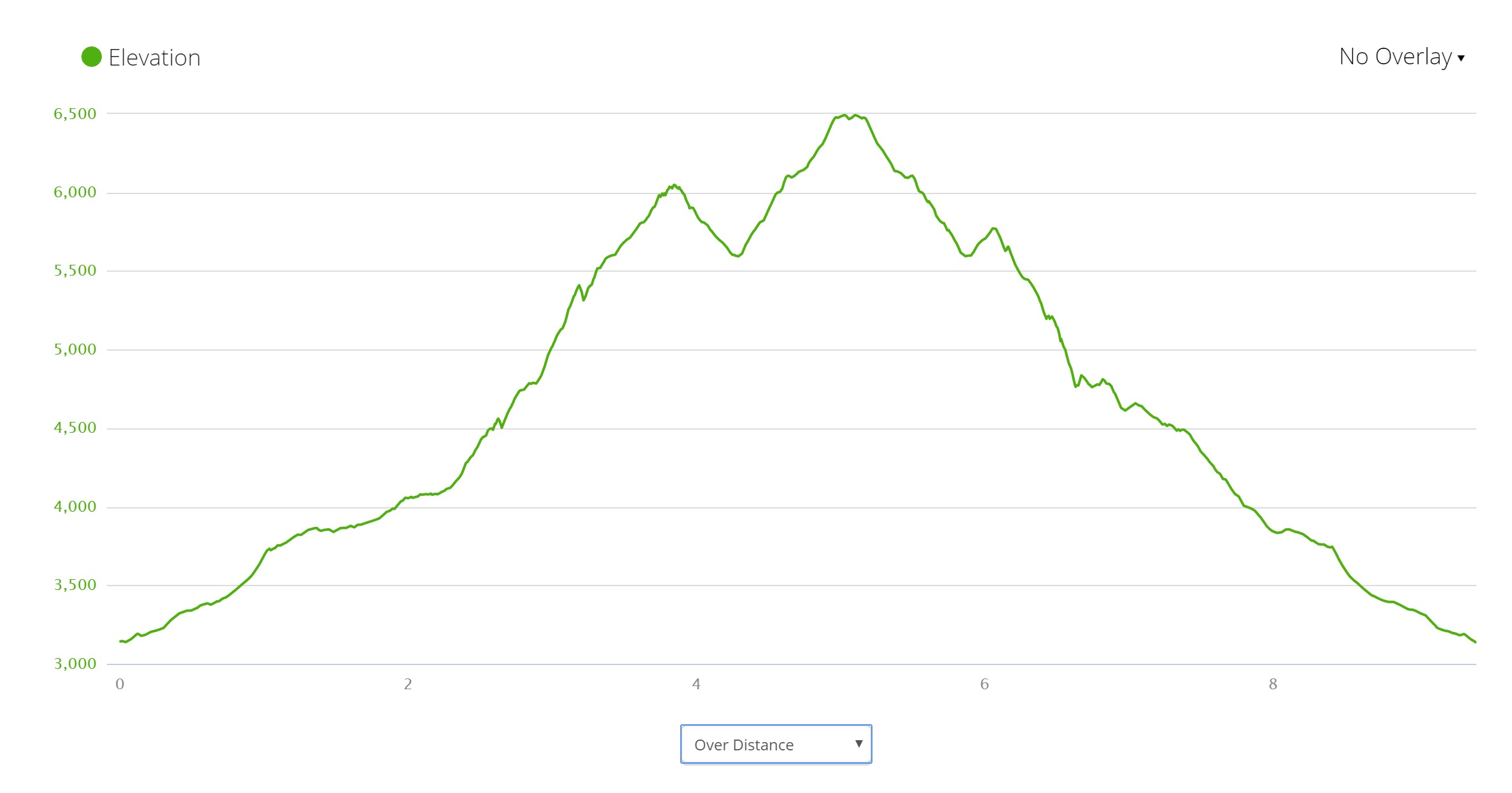 Thoughts on hiking in the Tatras: