England’s largest national preserve, Lake District National Park is peaceful retreat in the mountainous northwest, and is home to the country’s tallest peak (Scafell Pike) and deepest lake (Wastwater, [260′ deep]). With its enchanting and tranquil swath of rolling green hillsides, glistening lakes, and snow-capped fells, it’s pretty easy to see how the great poets and authors of the 19th century fell in love with England’s Lake District.

Our visit to the Lake District fell at the end of November, a chilly yet gorgeous time of year, with fresh snow now blanketing the crests of the region’s numerous fells. Knowing that some of the peaks could already be well covered with impassable amount of snow (for those of us traveling without gear), we thought we’d just scope out Scafell Pike’s trail and see how it went. Unfortunately, though perhaps not unexpectedly, we were met with an incredibly slick, ice-covered ridge (with no crampons) after trudging through hip-deep snow around Hollow Stones Junction. After being forced to abort our hike up to Scafell Pike’s diminutive 3,209′ (978-meter) summit, we thought we’d try for a different hike the following day, this time up the Old Man of Coniston.

There are several trails leading up and around the Old Man of Coniston’s slightly more stunted summit of 2,634’ (803 m). We chose the trail beginning in Coniston village, and following a small river along the eastern side of the mountain to Coppermine Valley. While the abandoned coppermines went into decline and eventual disuse at the end of the 1800s, they had been prosperous for centuries, with 400 years of history and some evidence that the mines dated as far back as the 13th century (and perhaps as early as the Bronze Age). As you begin your clamber up the Old Man’s northeastern slopes, you’ll also pass by the ‘Old Man Quarries,’ previously renowned for their hard, green slate. Evidence of the hill’s rich mining history was everywhere during the hike, from old equipment and living quarters that lay in disrepair, to open shafts in the side of the hill, some with worn-out rails for extracting the mining carts. Though there was significantly less snow than the previous day (less than 10 cm compared to Scafell’s meter or so), it’s difficult to say that the trail was less slippery – shards of hard, slate scree were coated with a thin layer of frost, and made for a slick walking track that rivaled any ice we’d ever stepped on. Additionally, with the late-November sun hanging ever lower in the sky, the snow-packed northern slope remained completely shaded, leaving the well-trodden trail was pretty stinkin’ slippery. Though it was slow going, we eventually reached the top and were greeted with an expansive, sun-drenched view of Lakeland’s captivating lakes and hillsides. 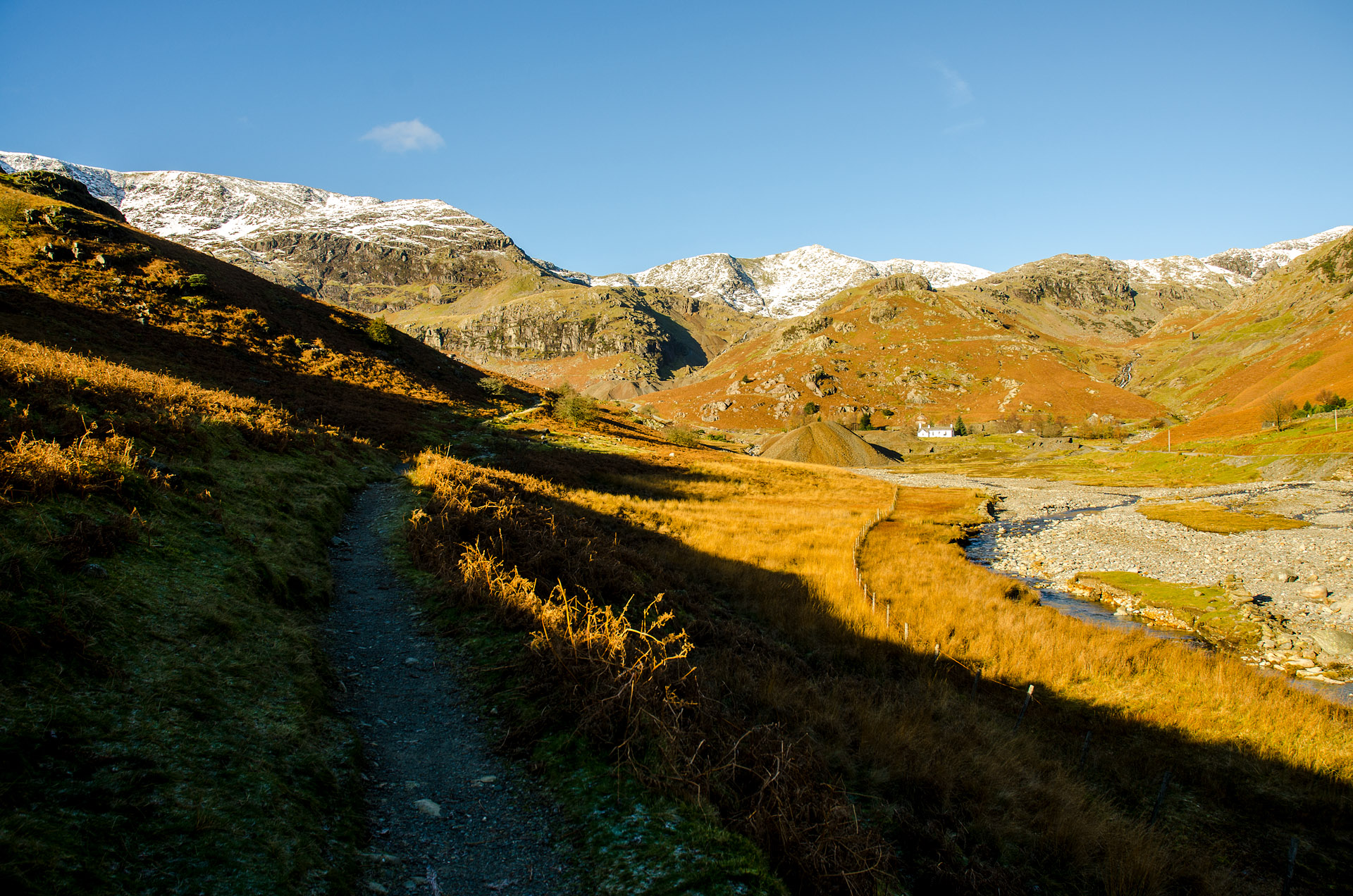 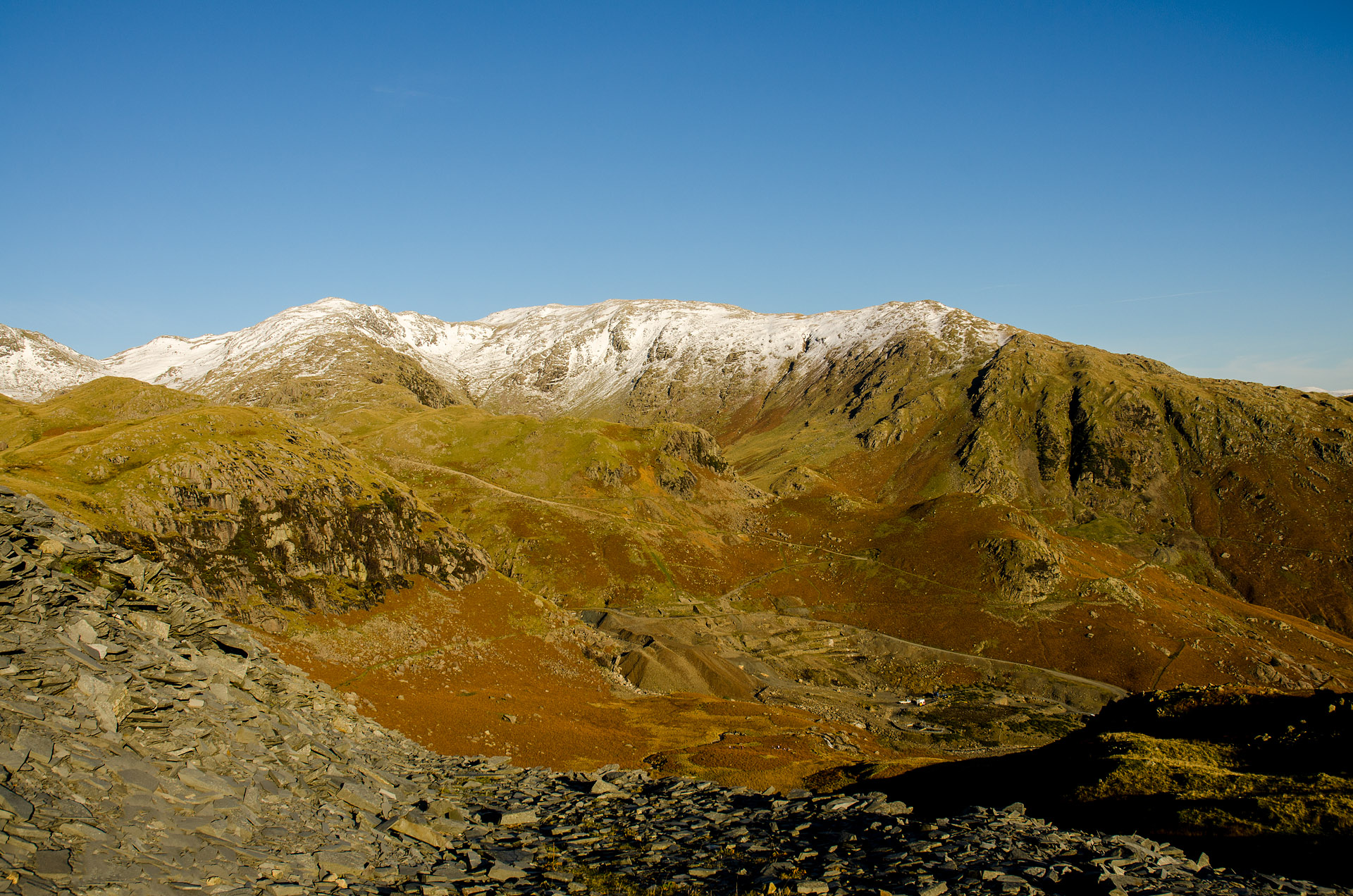 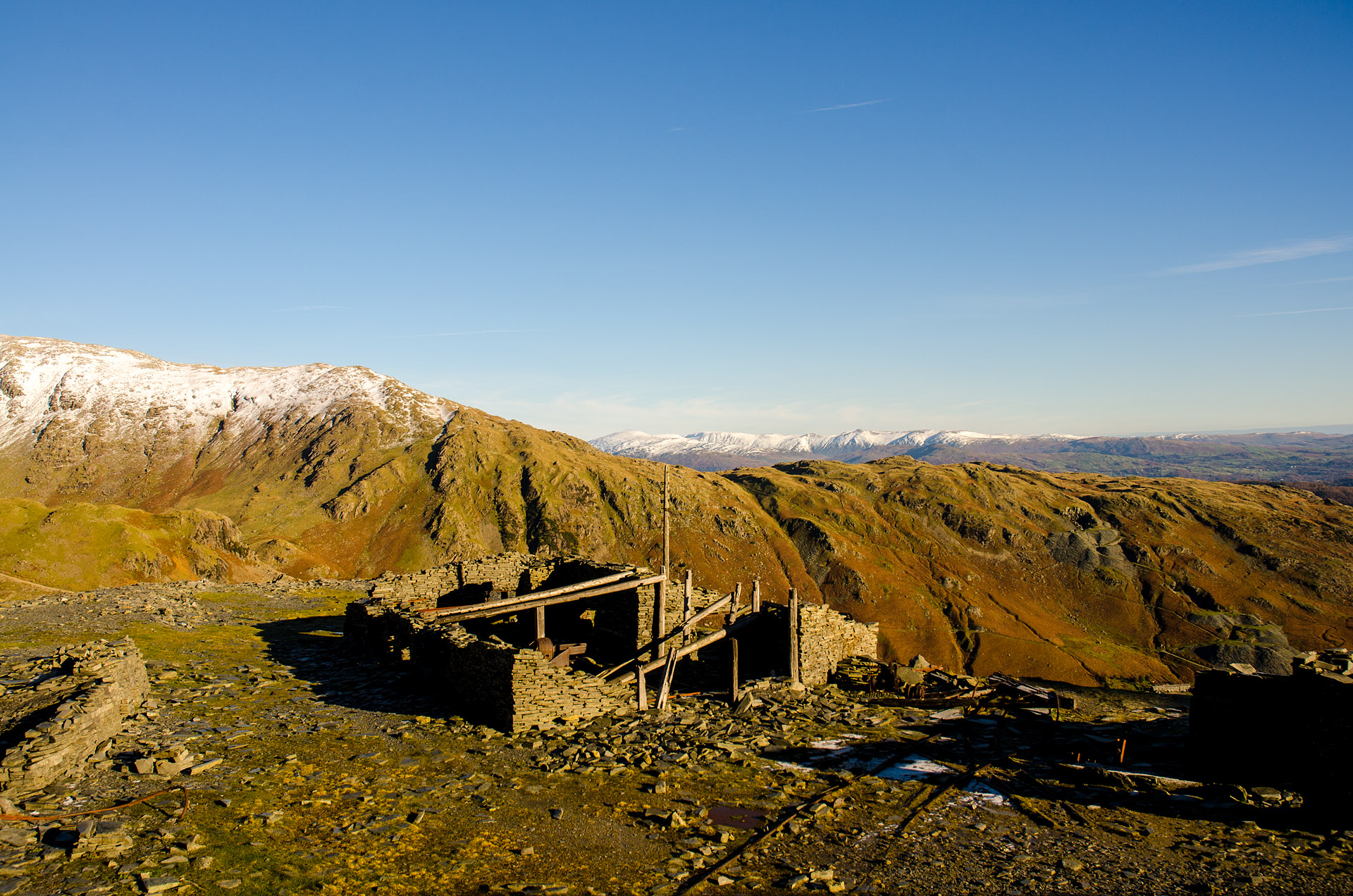 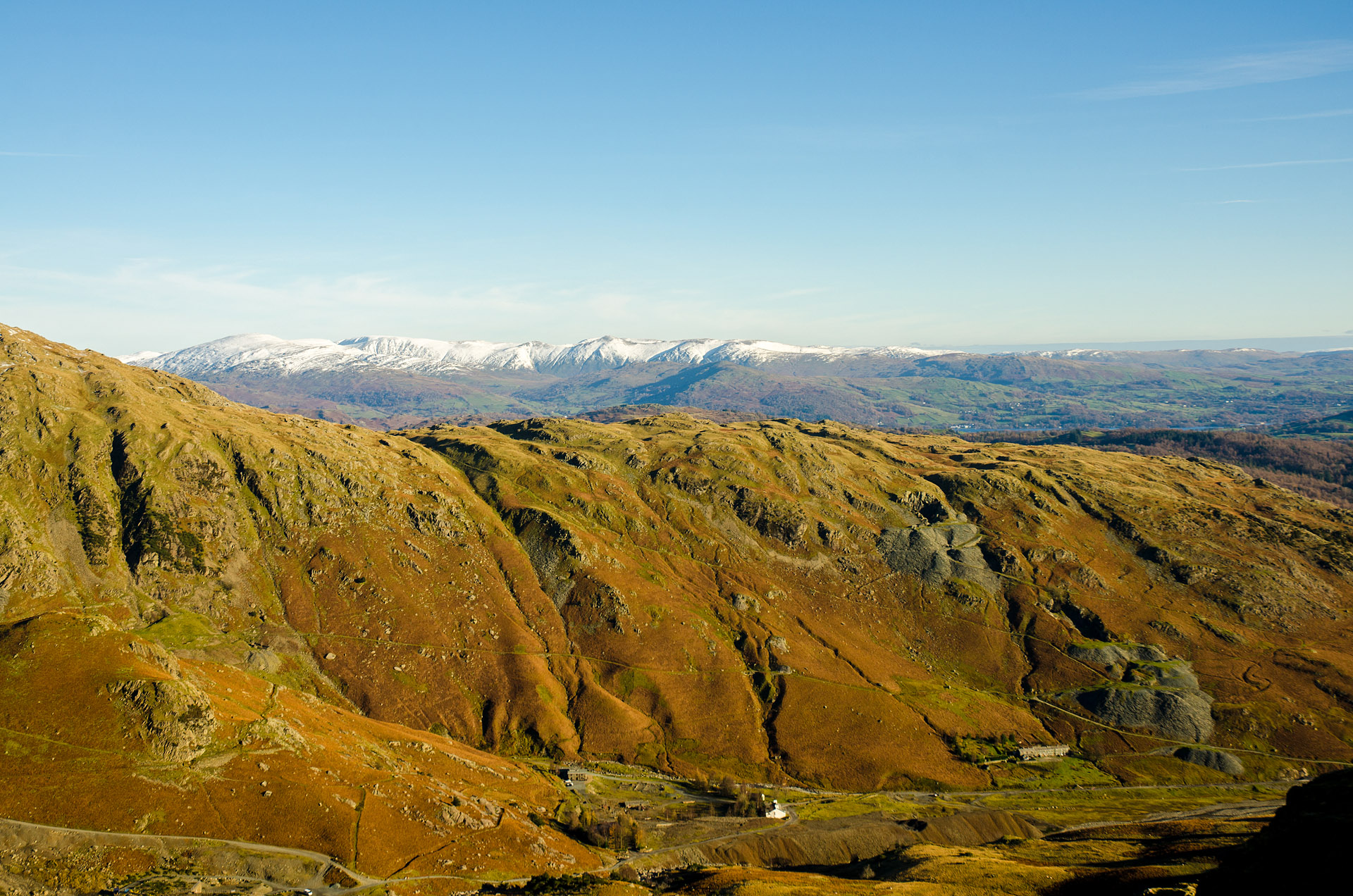 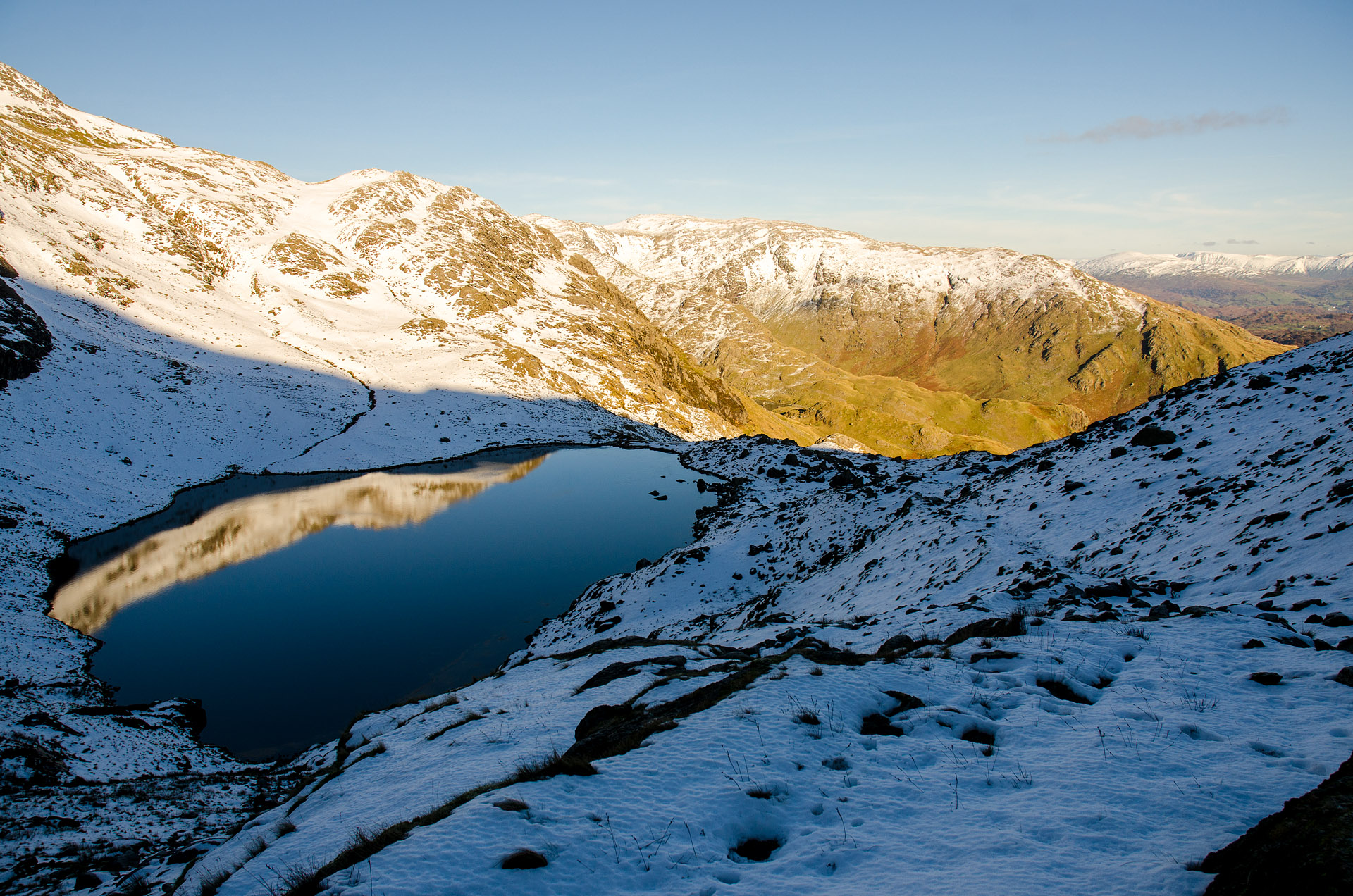 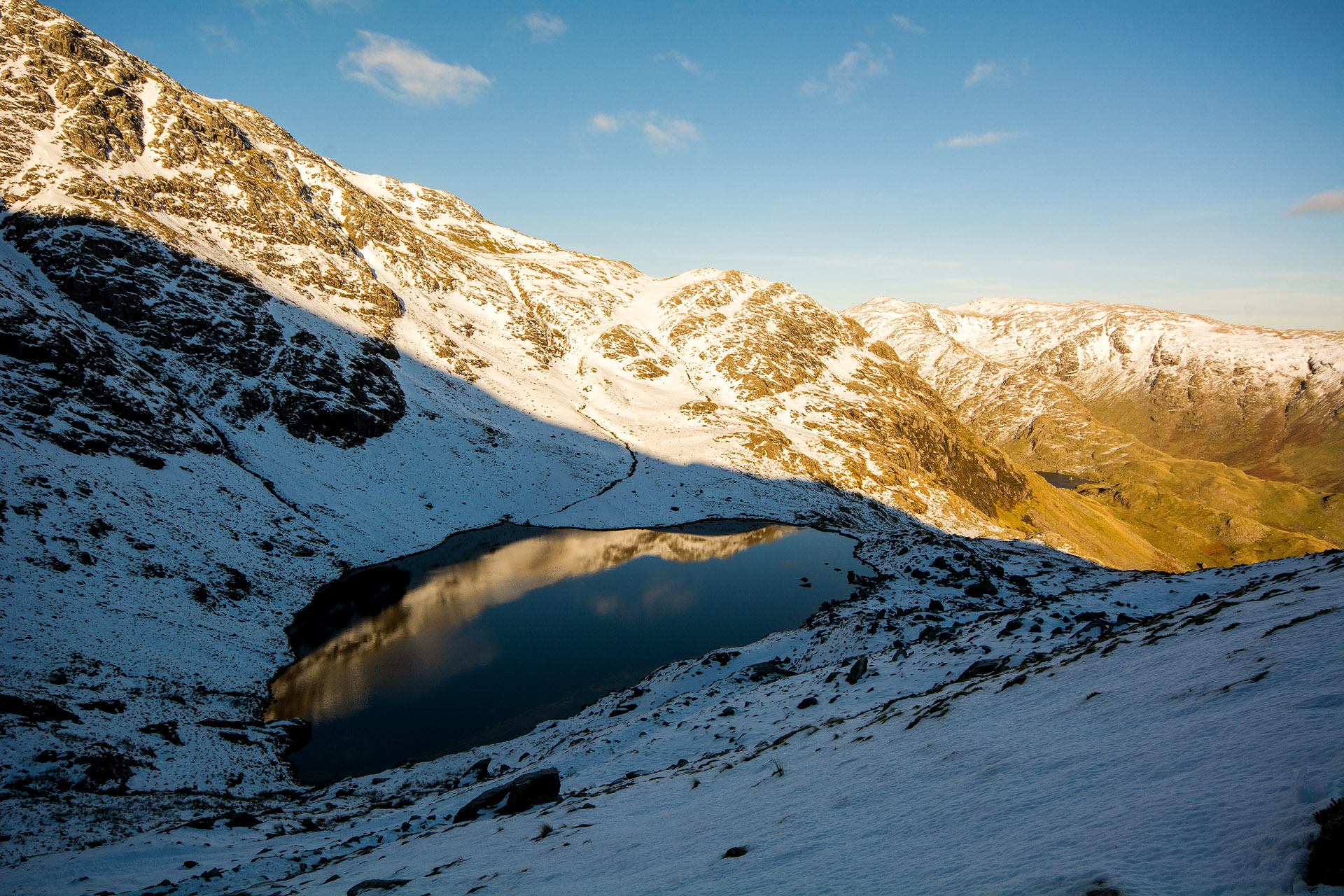 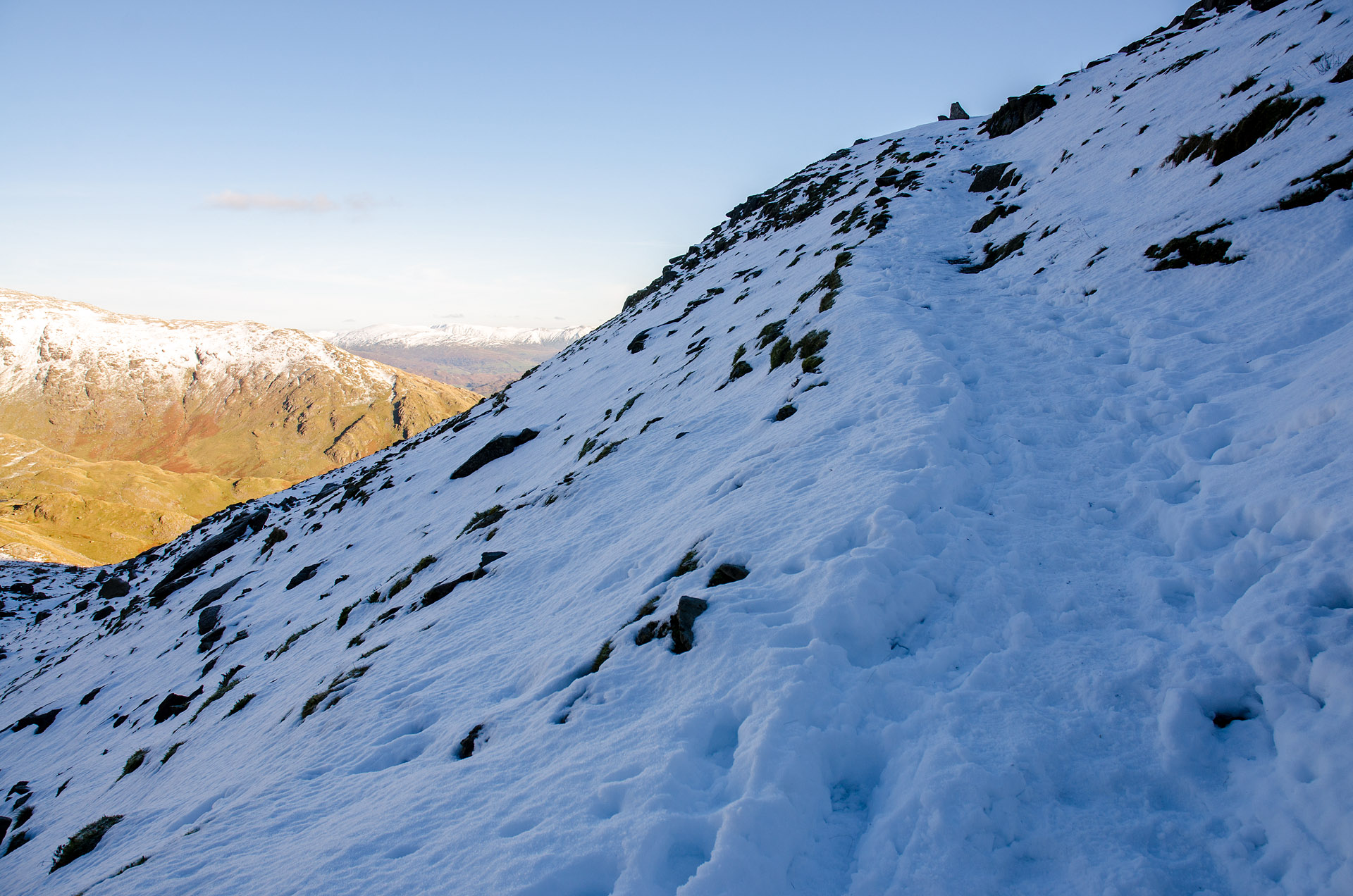 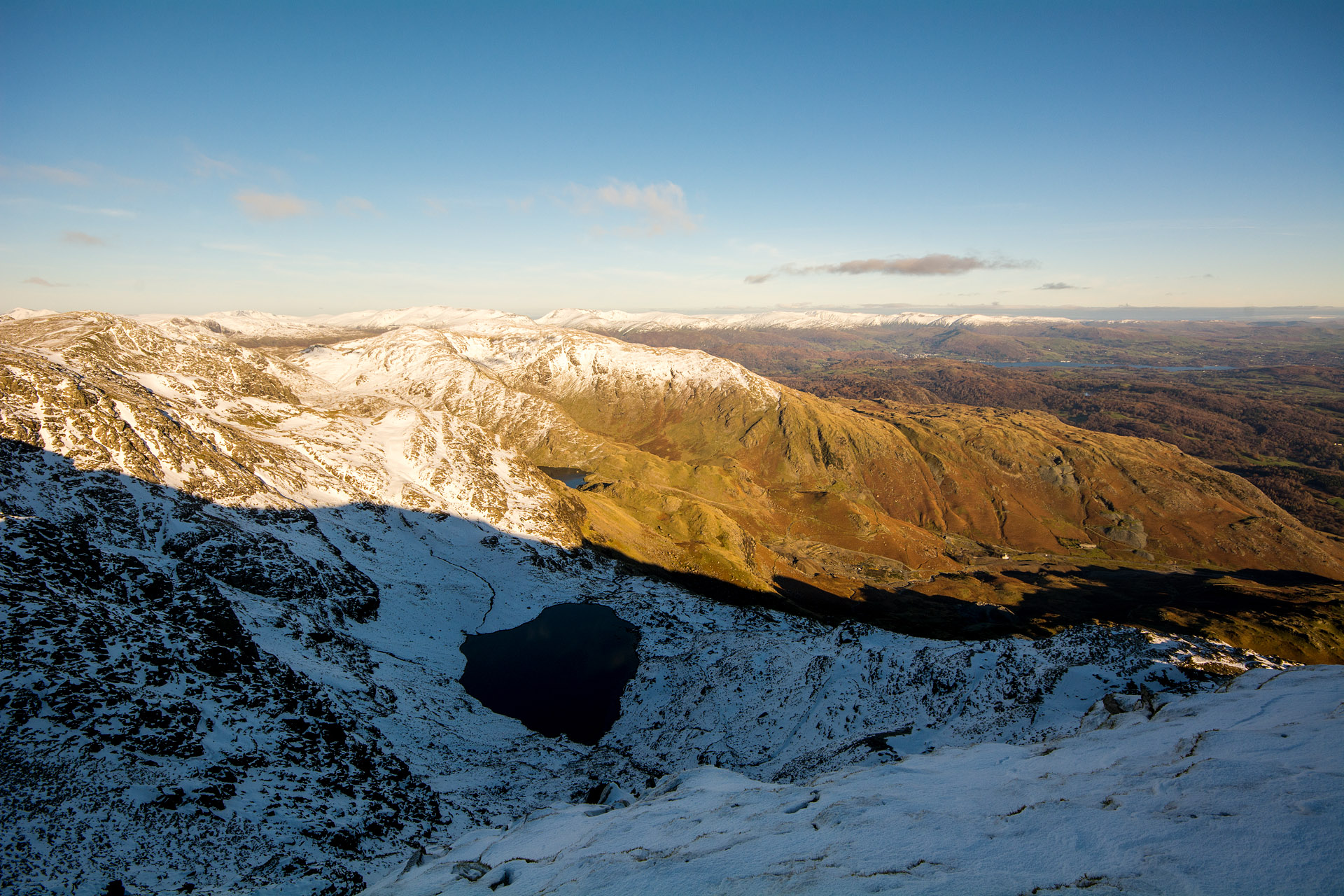 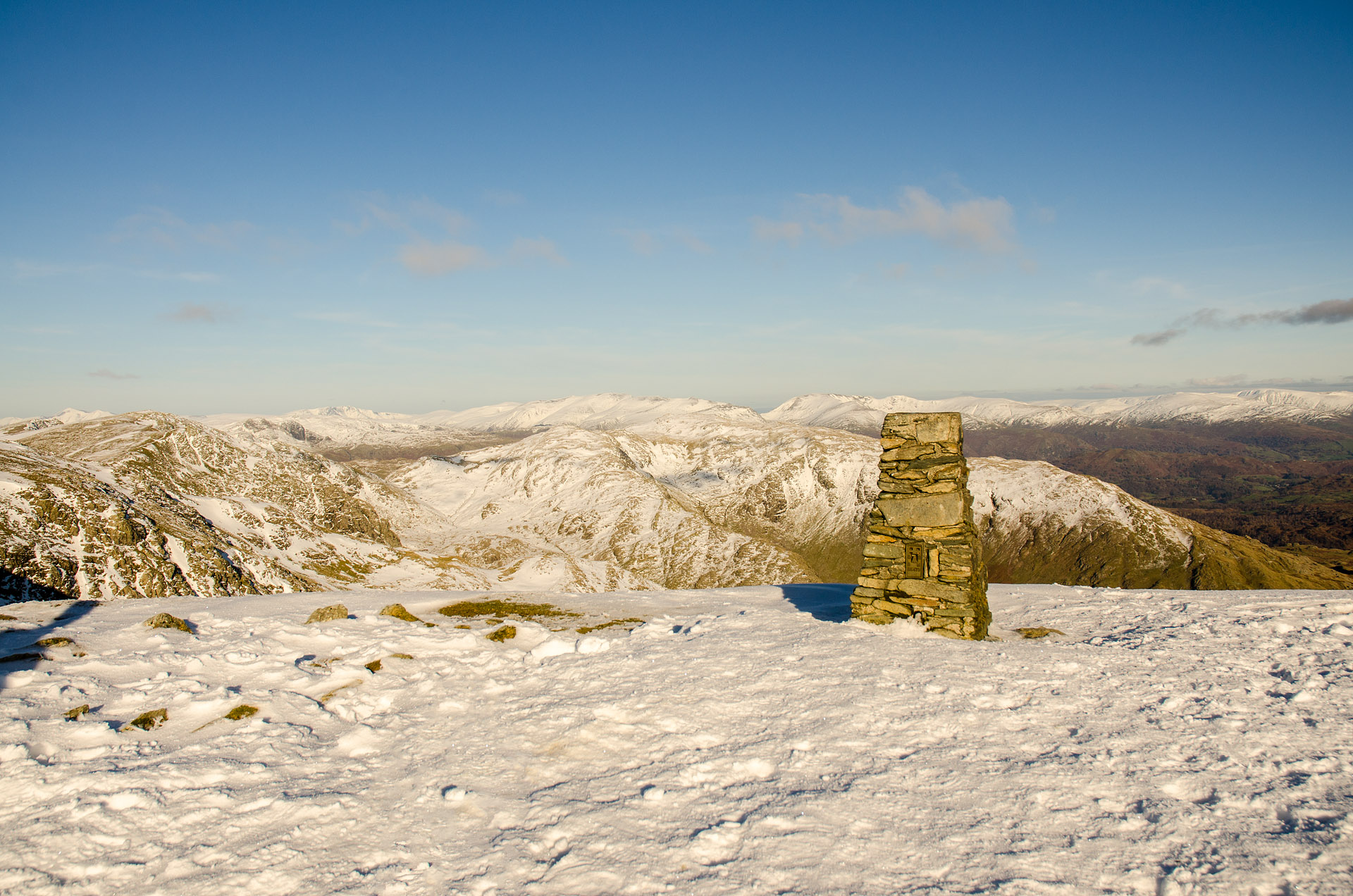 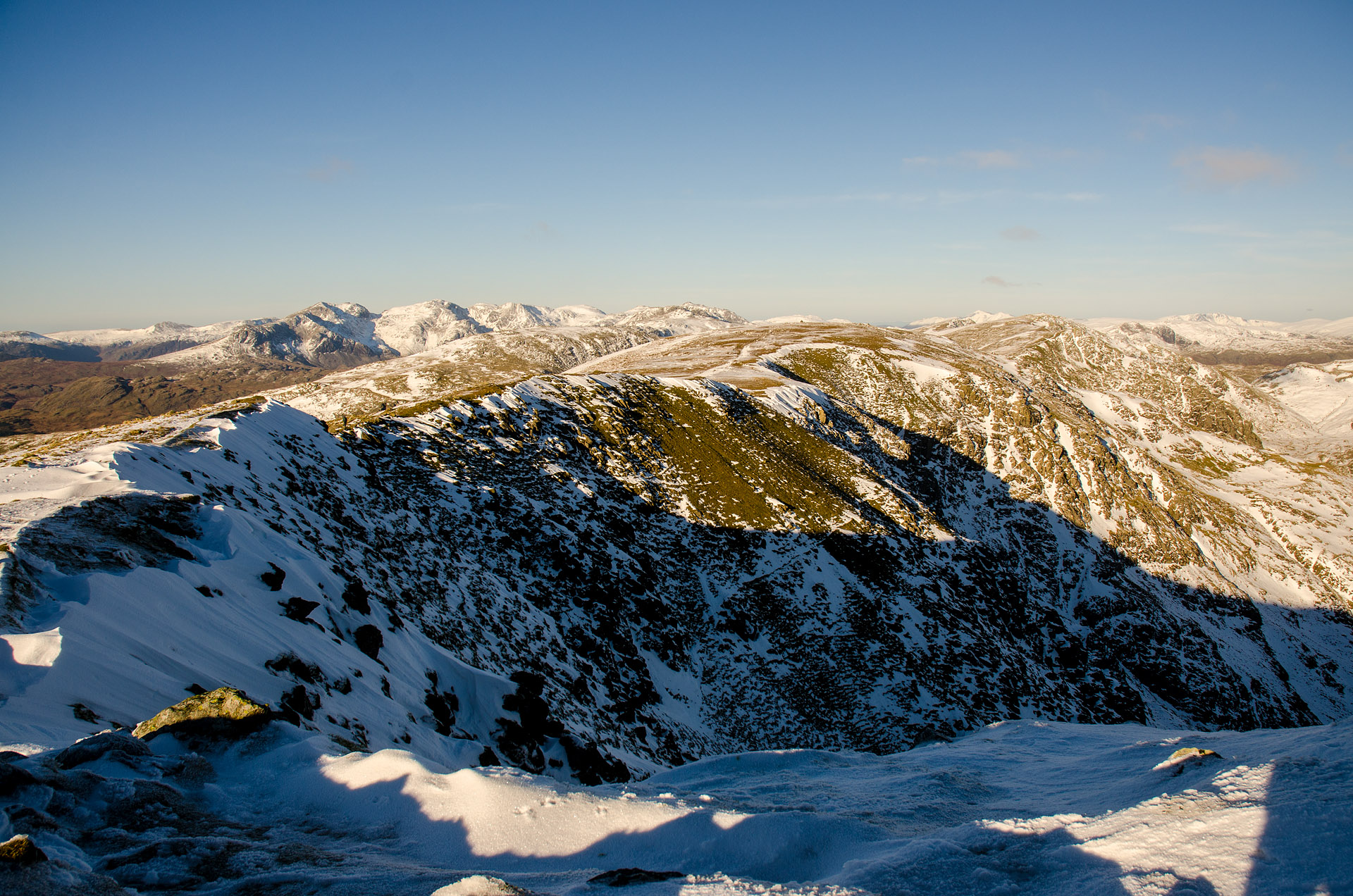 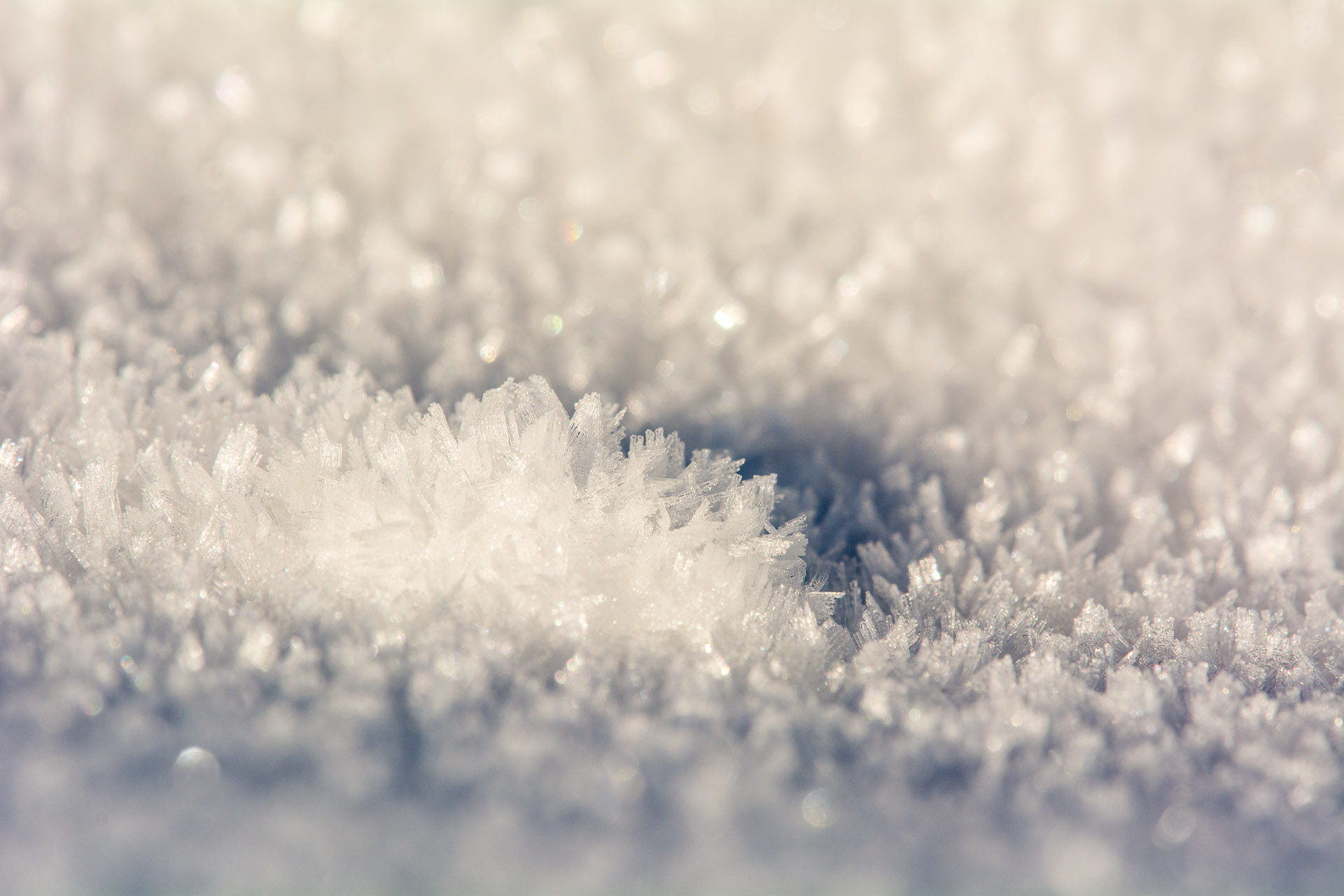 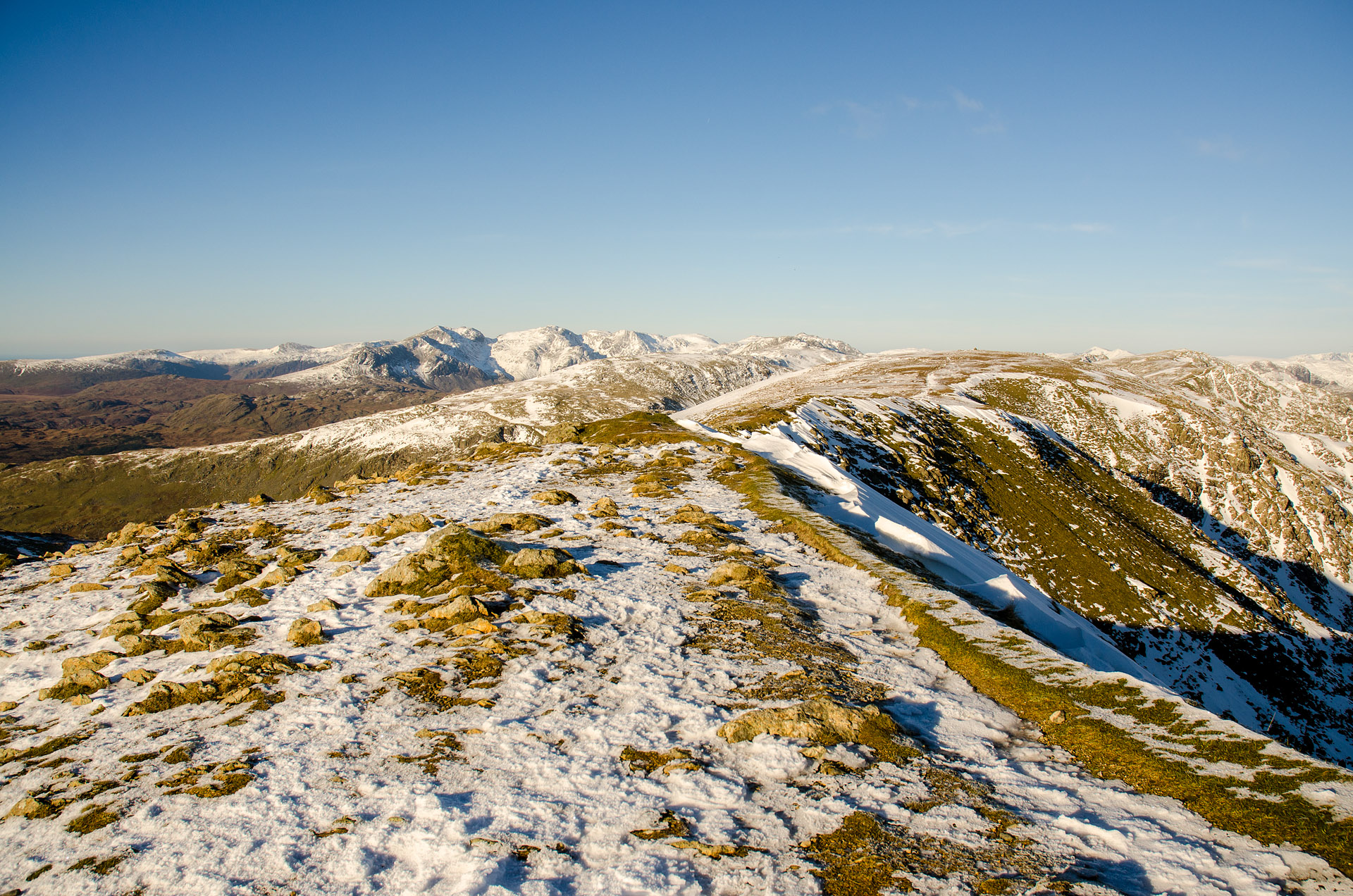 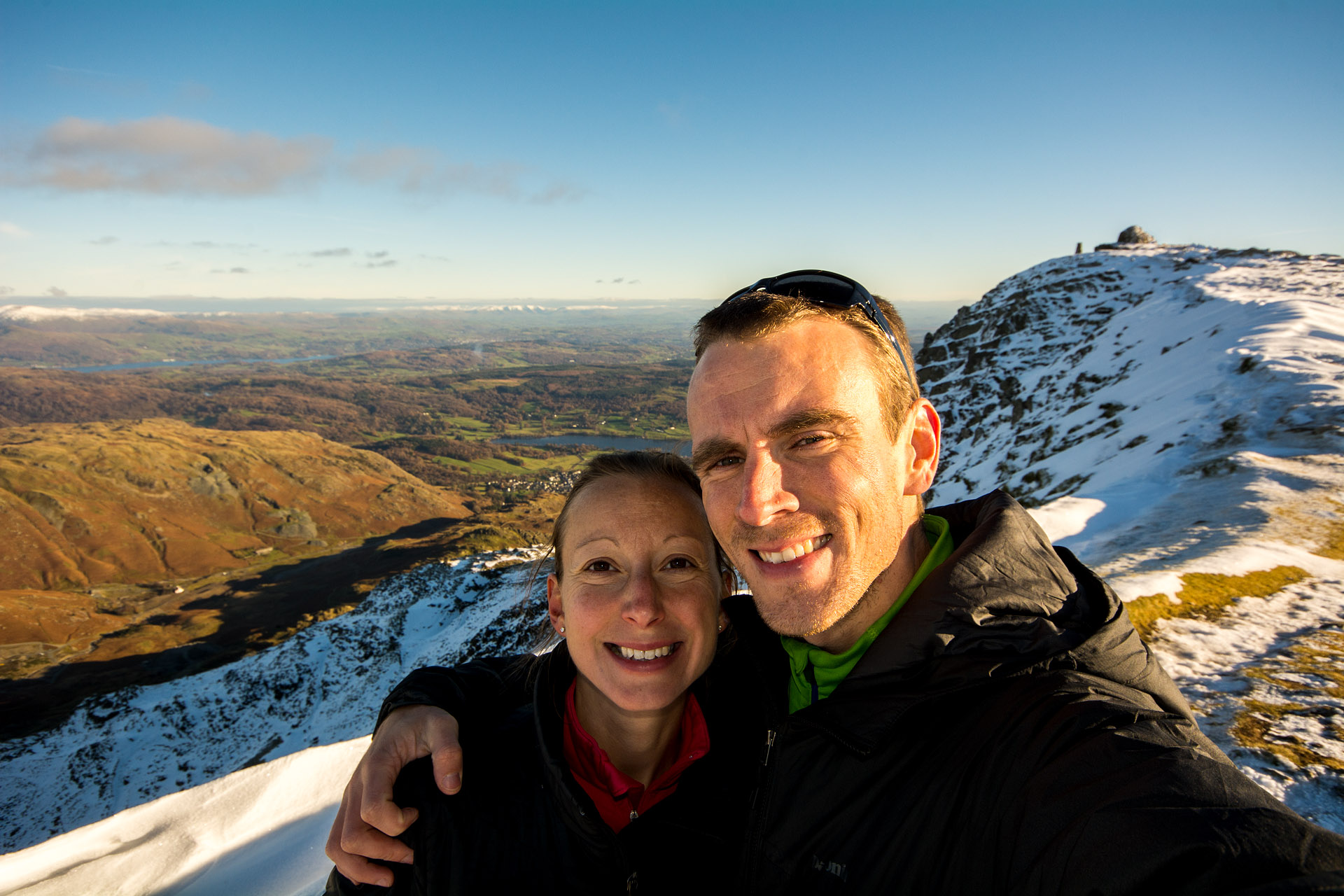 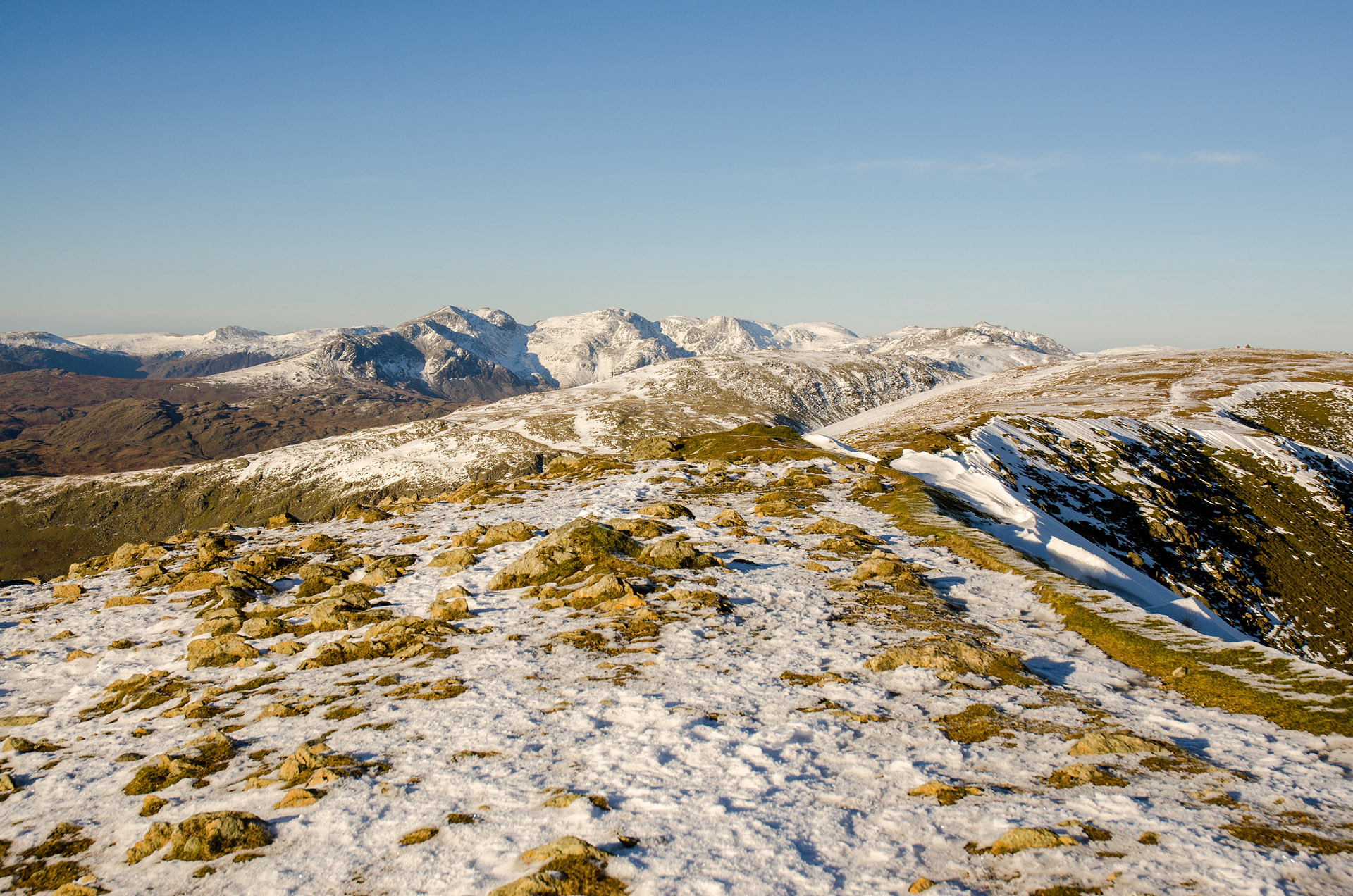 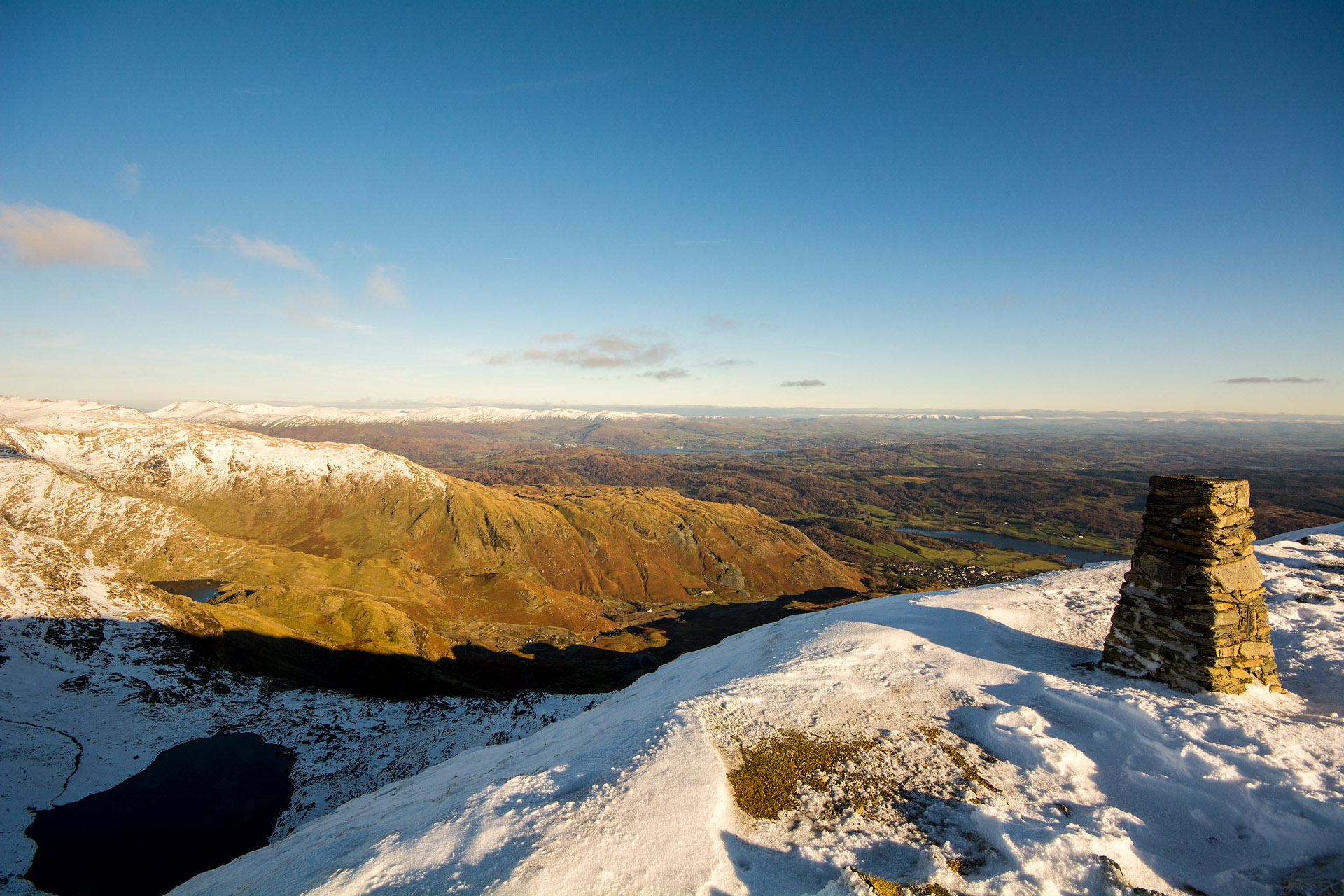 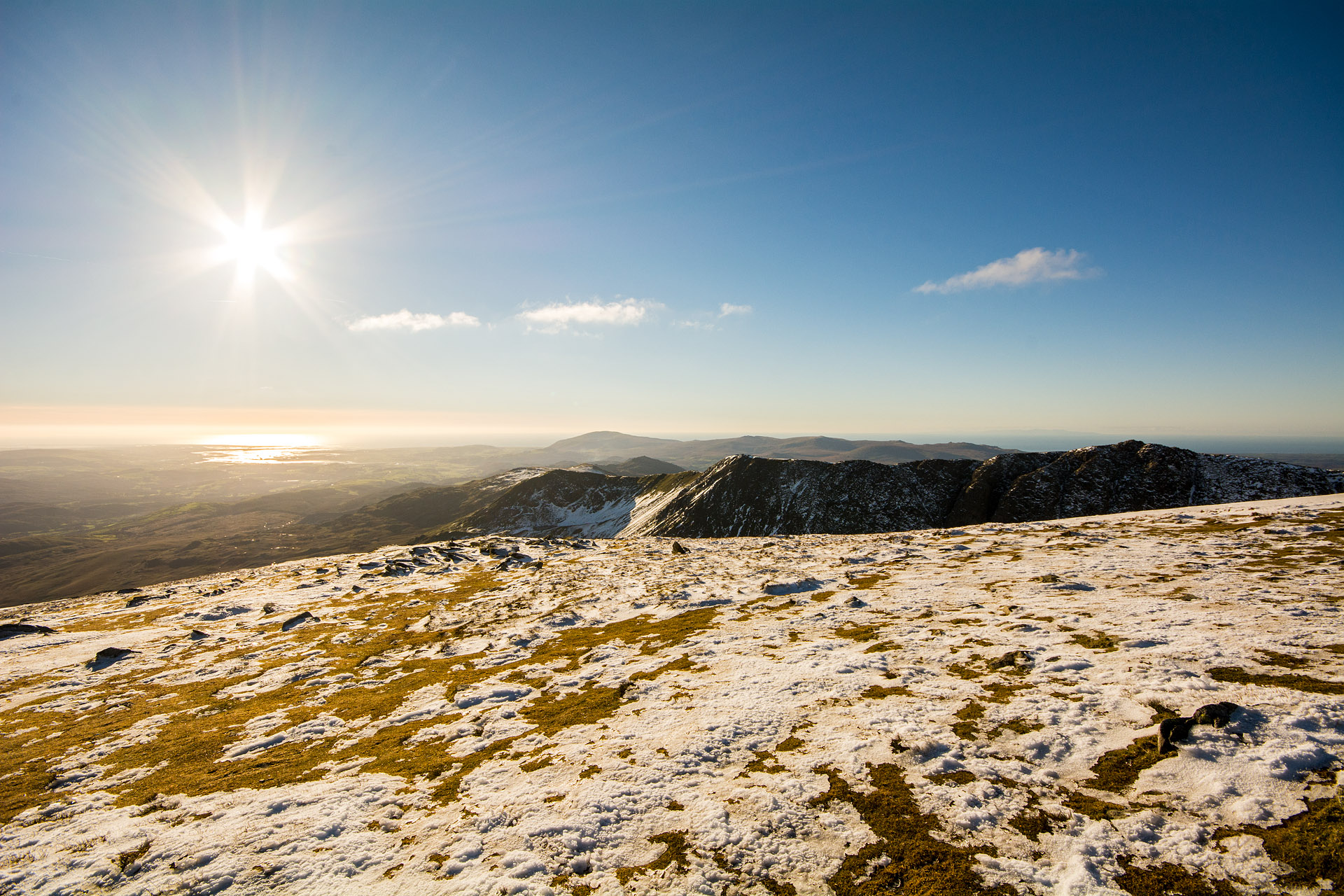 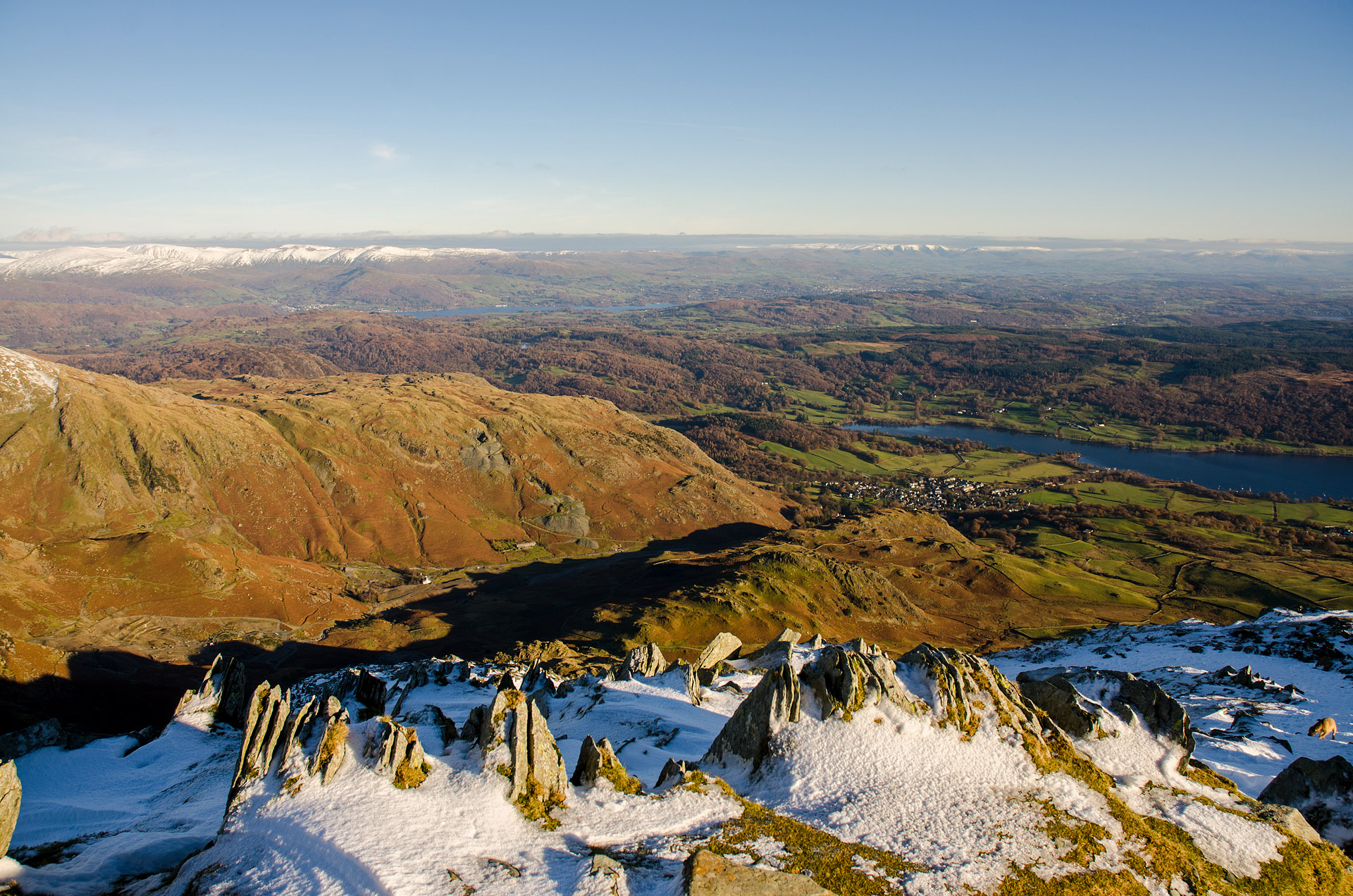 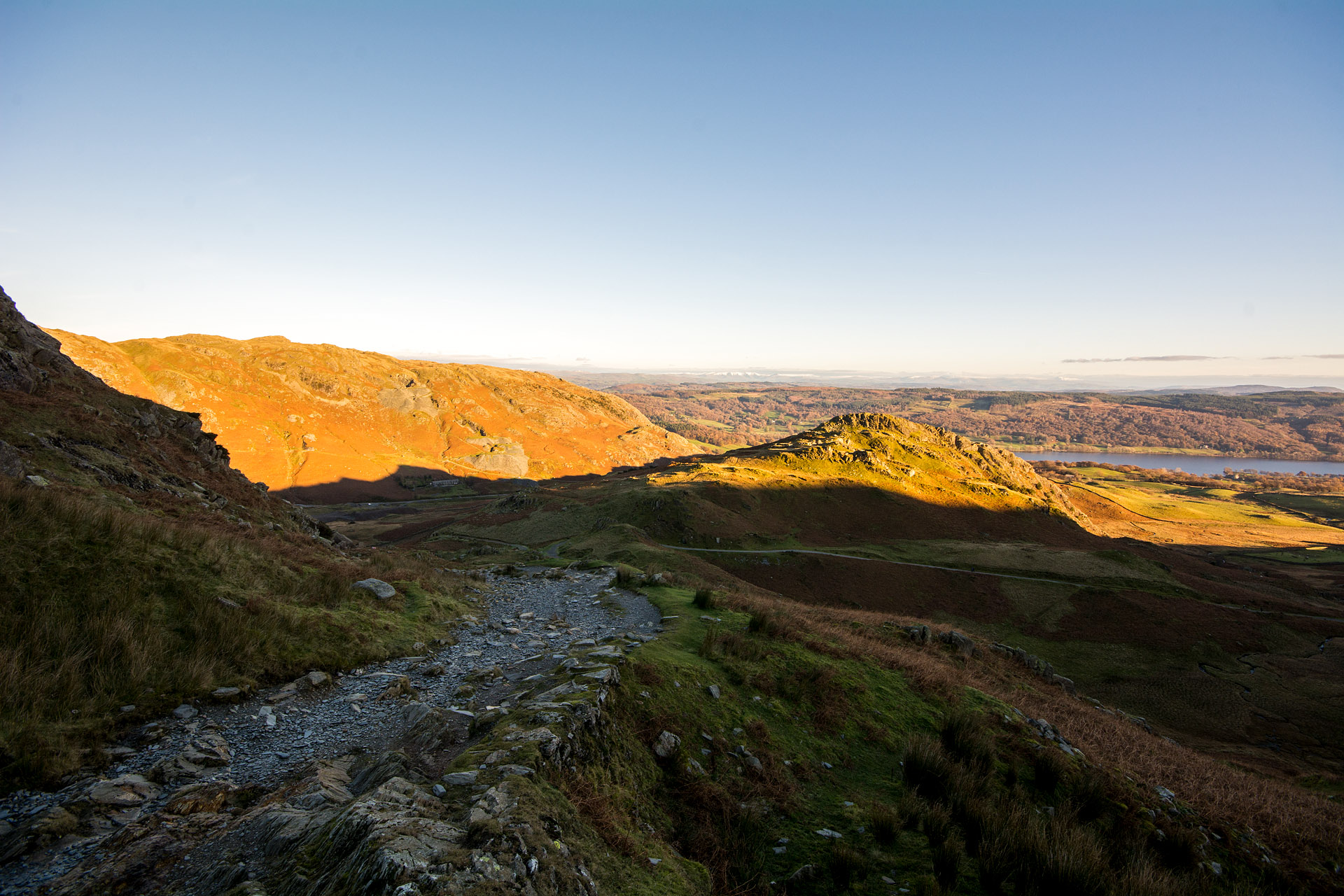 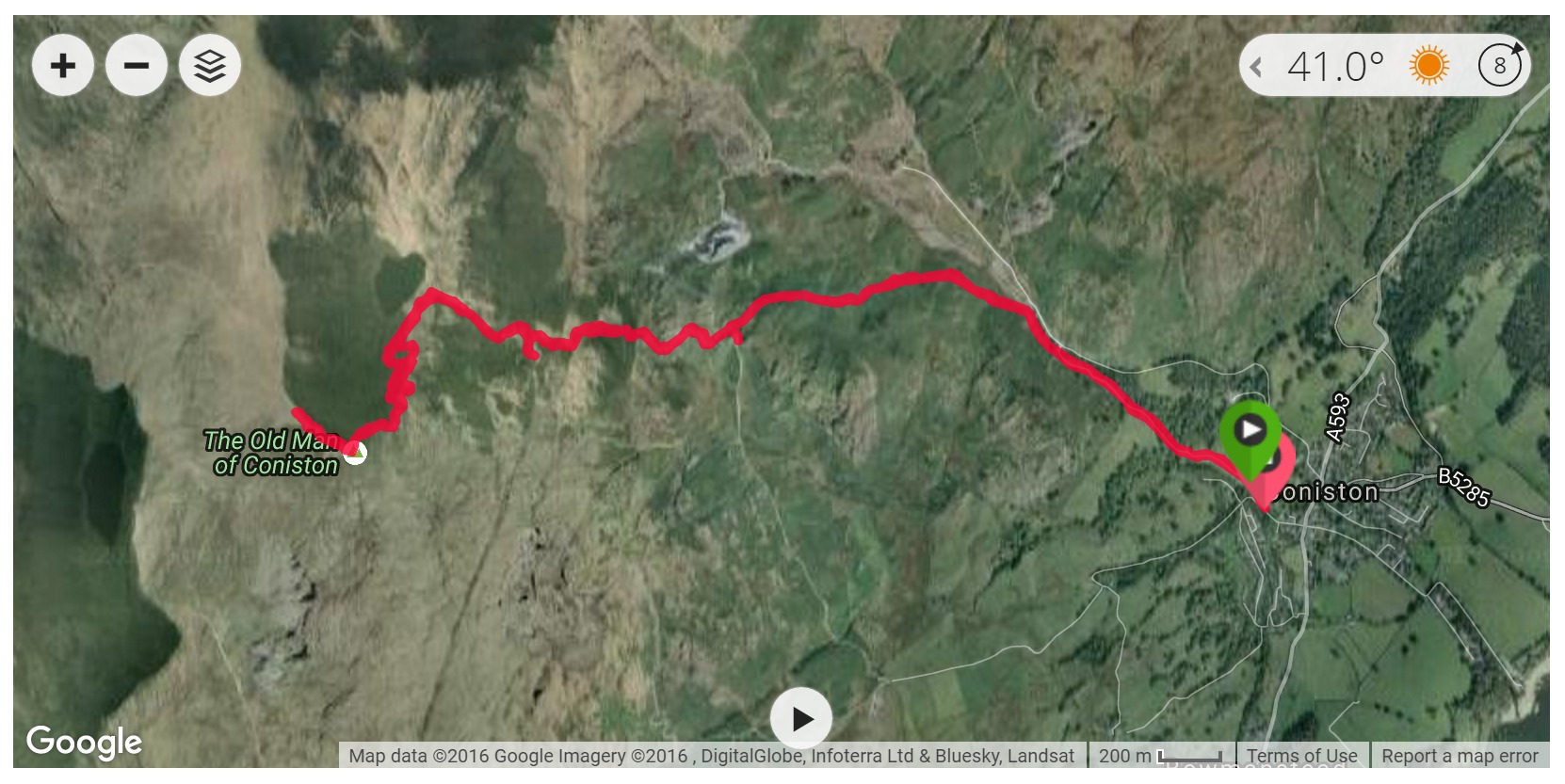 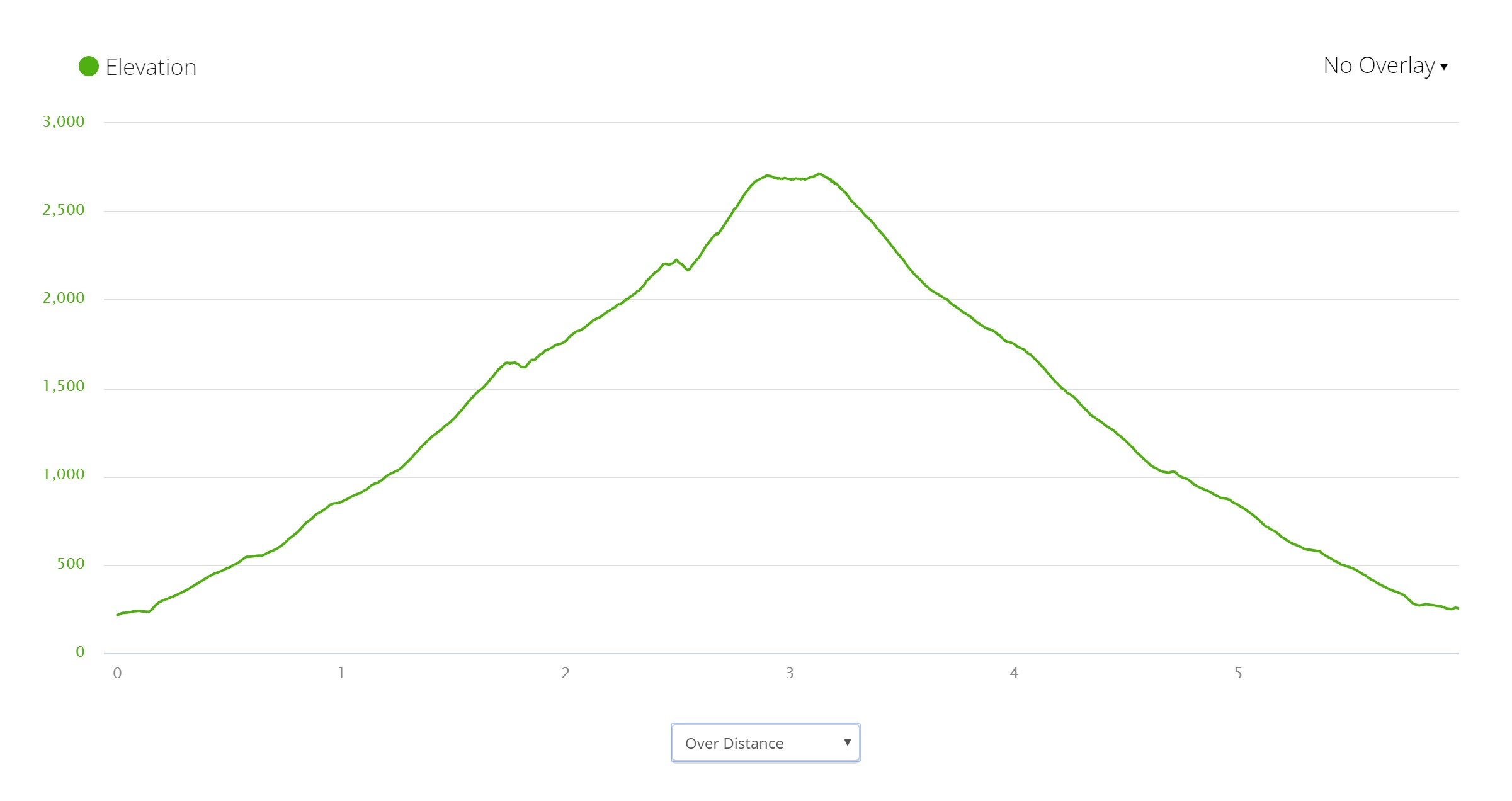