Skye is the most northern of the large Inner Hebrides, an archipelago on the west coast of Scotland. As one might expect from Northern Scotland in the winter, the weather was… unpredictable. More than one morning brought us pleasant skies for our day’s activity, only for us to drive into slicing rain and buffeting winds, and then just a few miles further down the road again meet patches of blue sky.

When the weather looked promising for one of the days, we took a trek out to the Old Man of Storr. Approaching the walk from the road, the hike’s namesake is easily identifiable – a thin spire of rock jutting fifty meters out of the hillside, around which local legends abound, with many of them surrounding the popular mythology that giants used to inhabit the area. One of the more prevalent versions suggests that a goliath who lived in the hills was buried after his death, but his thumb was left jutting out of the ground. Another tells of a man and a woman fleeing from the giants, but when they paused to look back, they were turned to stone (a smaller stone formation, ostensibly the wife, has collapsed in recent years). Still another suggests that a “brownie” (a type of helpful goblin who lived in family houses) carved the obelisk in homage after the death of the man he served.

The short hike was cold and windy, but provided beautiful views over Loch Leathan, across the Sound of Raasay, out to the islands of Raasay and Rona, and stretching across the strait to the Applecross Peninsula on the mainland. While we saw only a couple of people during the peaceful walk, the overlook was briefly overtaken by a noisy group of six waving selfie sticks and shouting poses at each other. Fortunately, after a few minutes they grew bored and left us to admire the spectacular views of the spiky rock formations in silence. Though the weather isn’t always perfect, we have loved traveling in the off-season, often getting views like these almost entirely to ourselves. 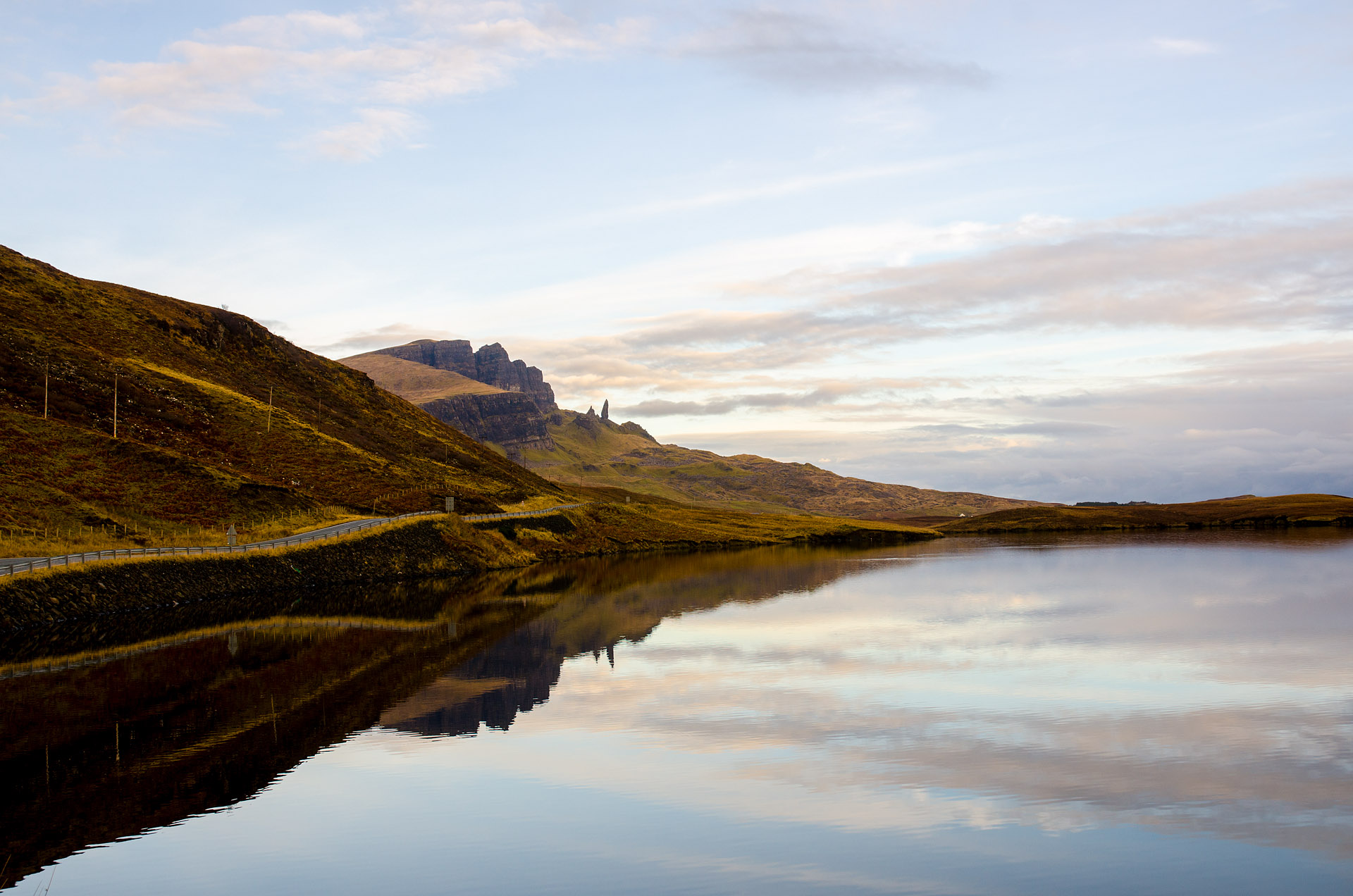 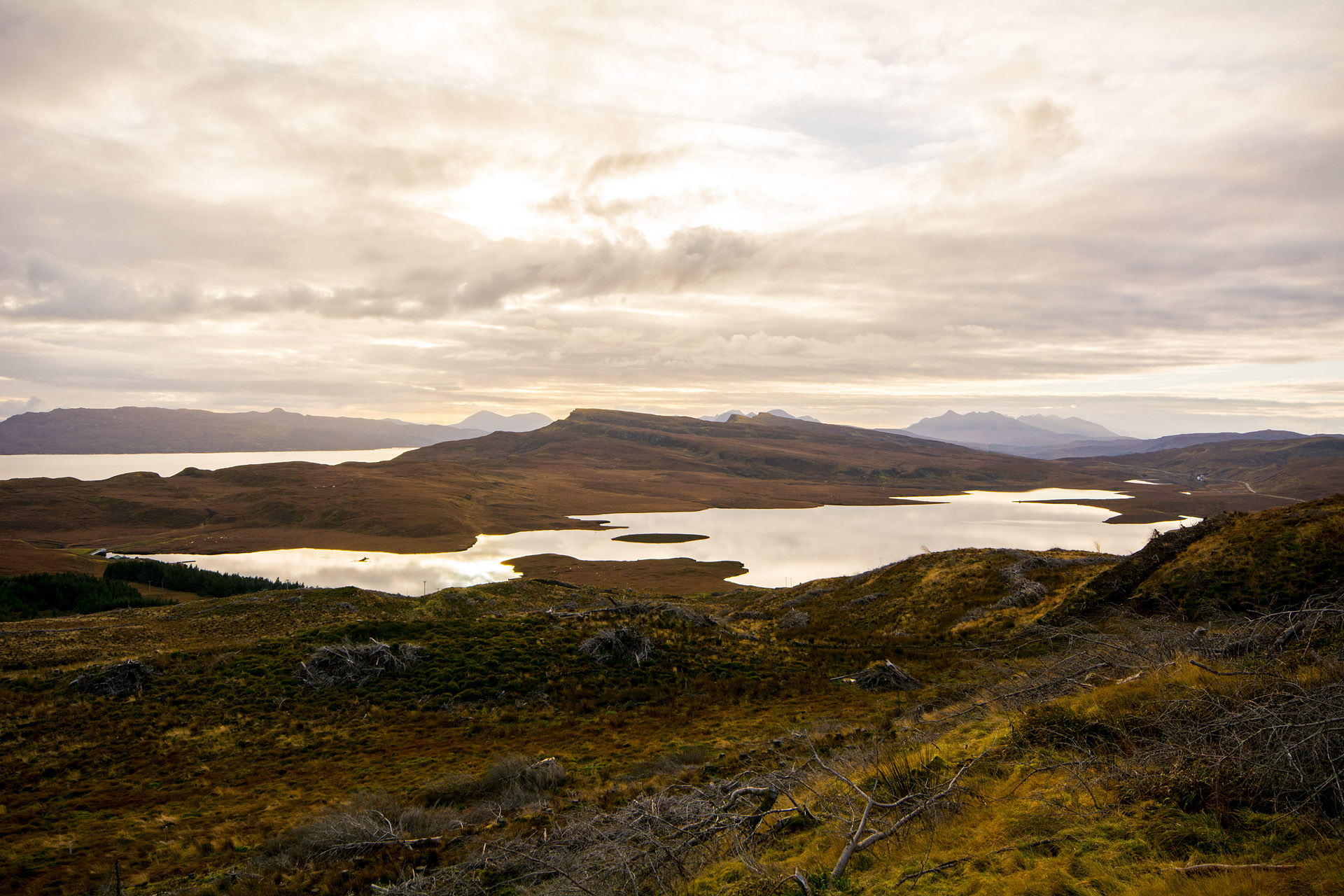 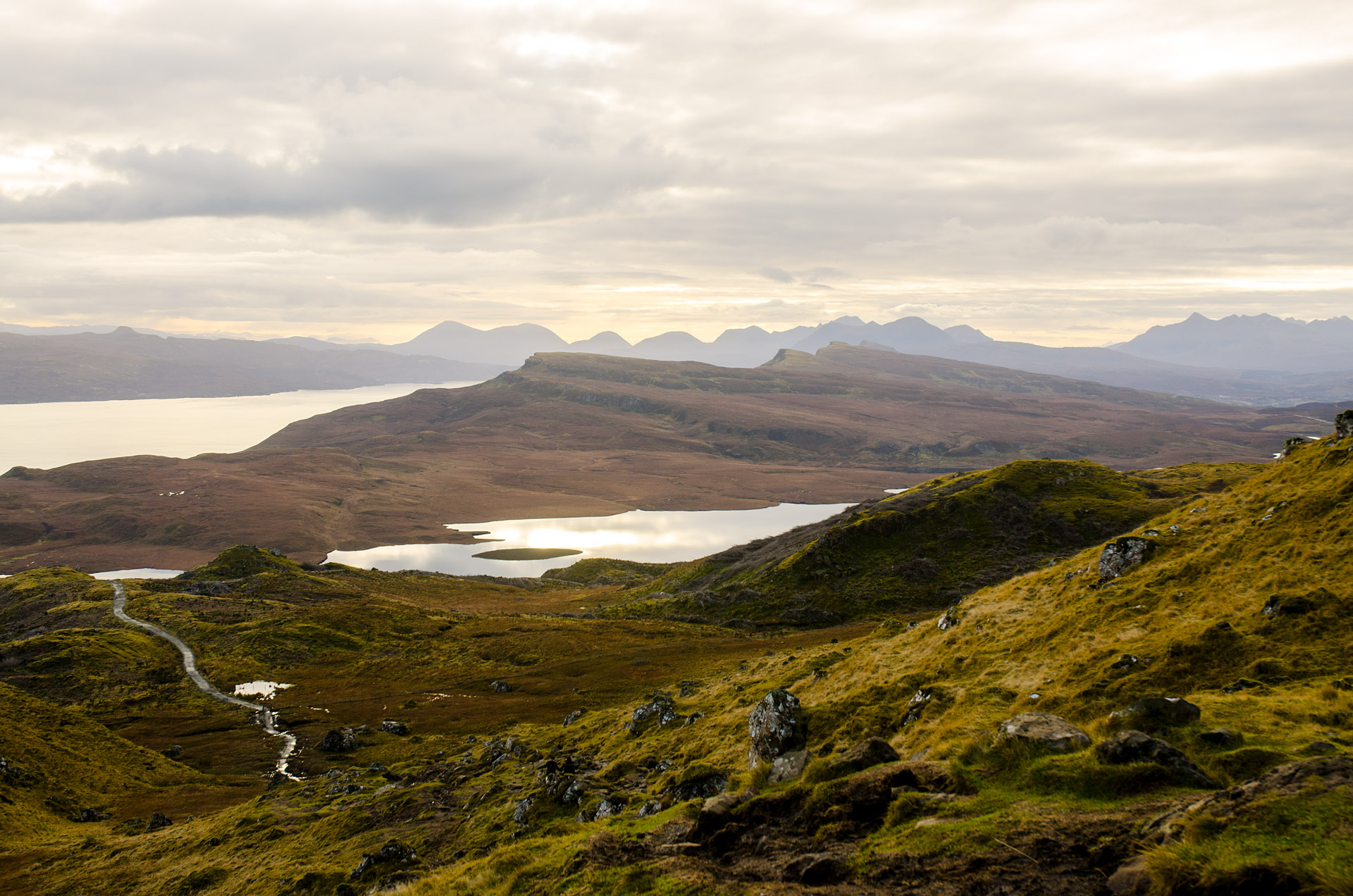 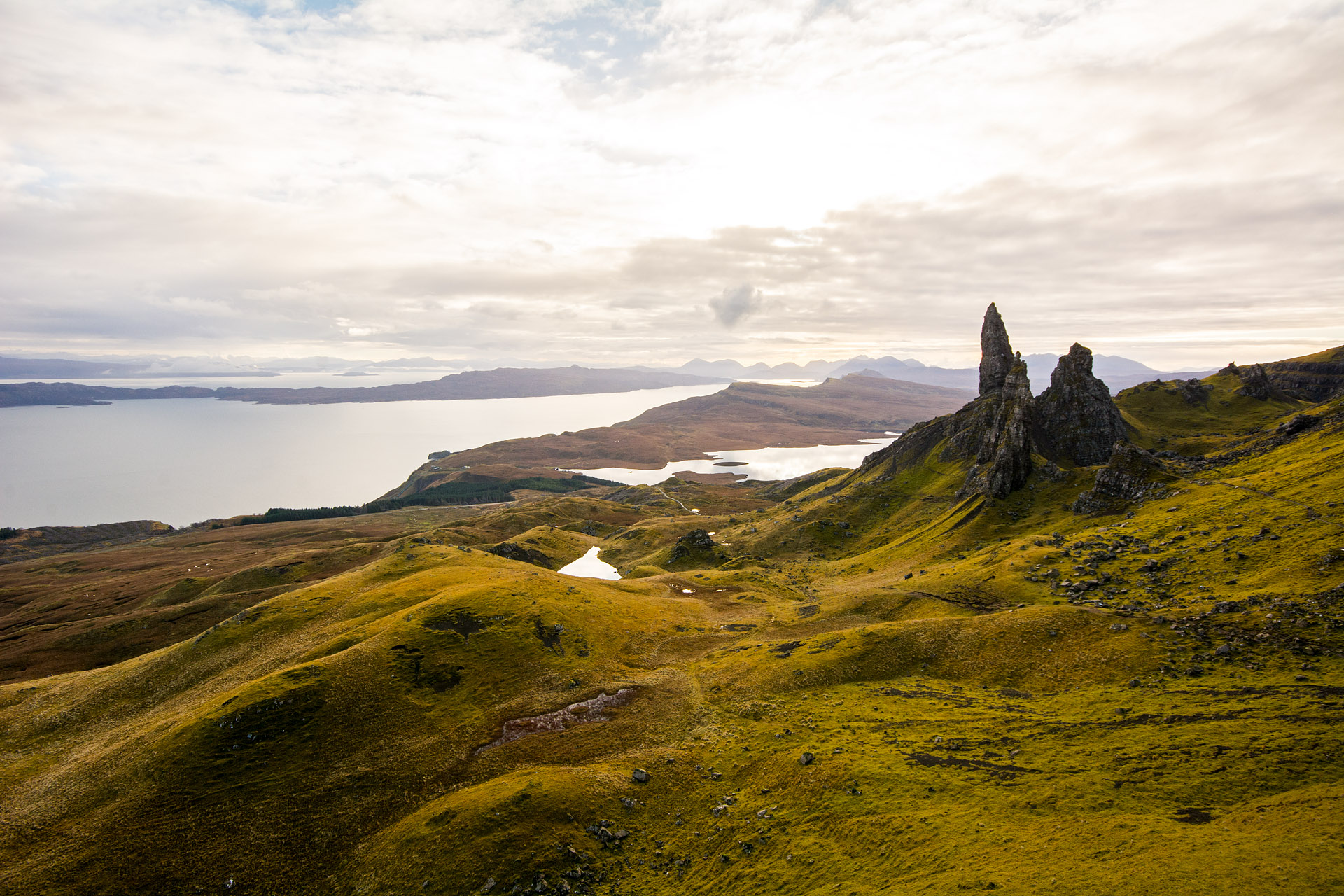 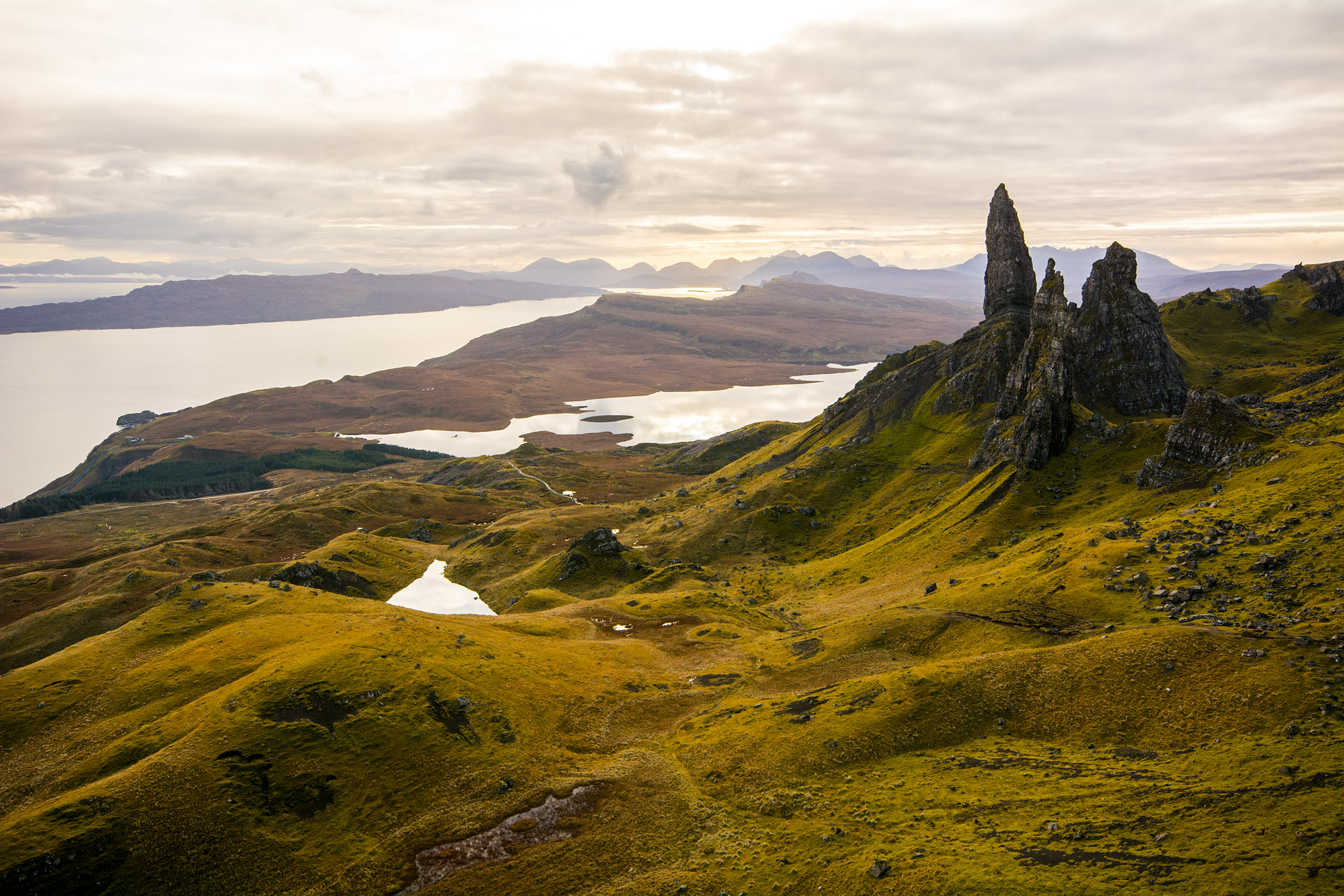 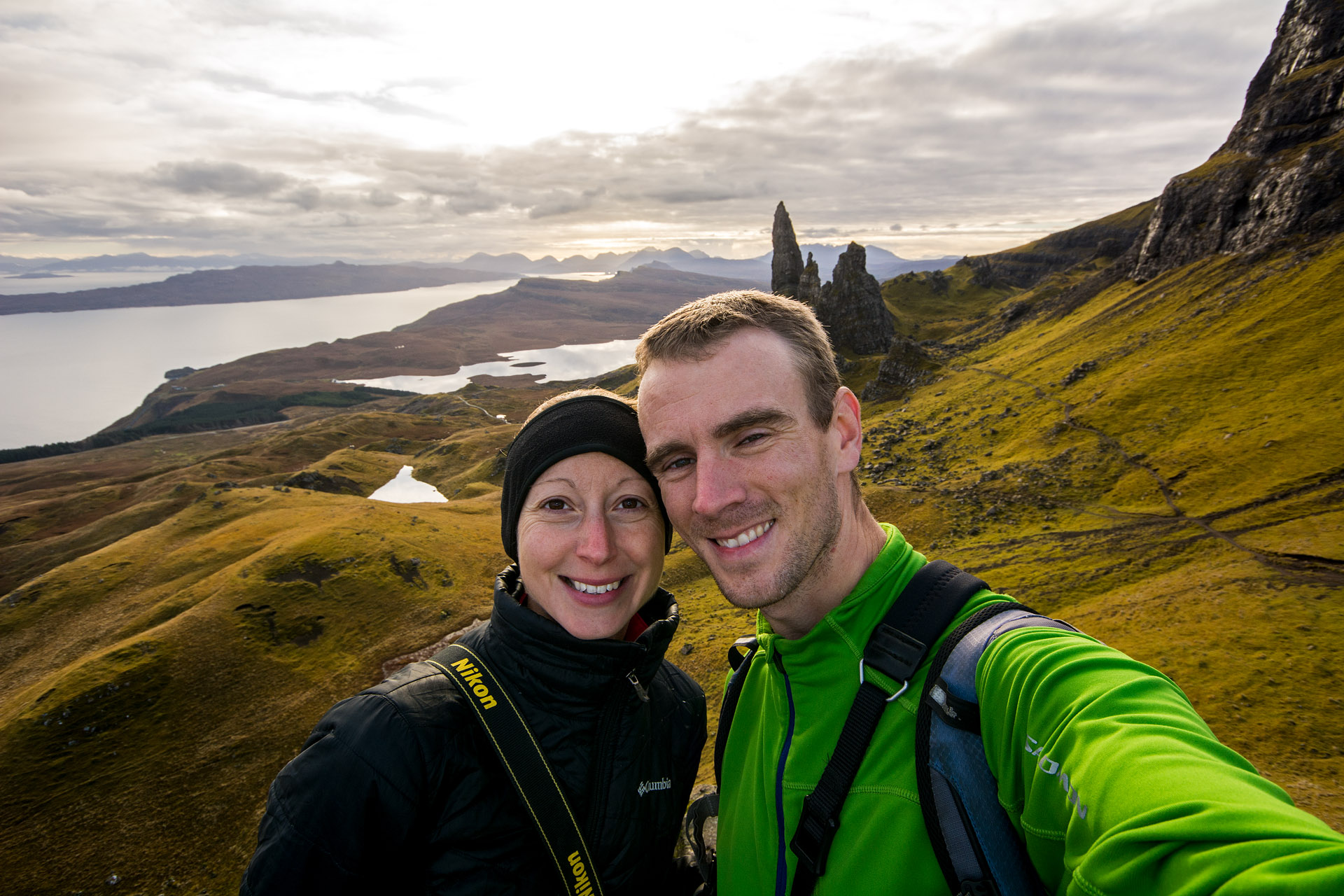 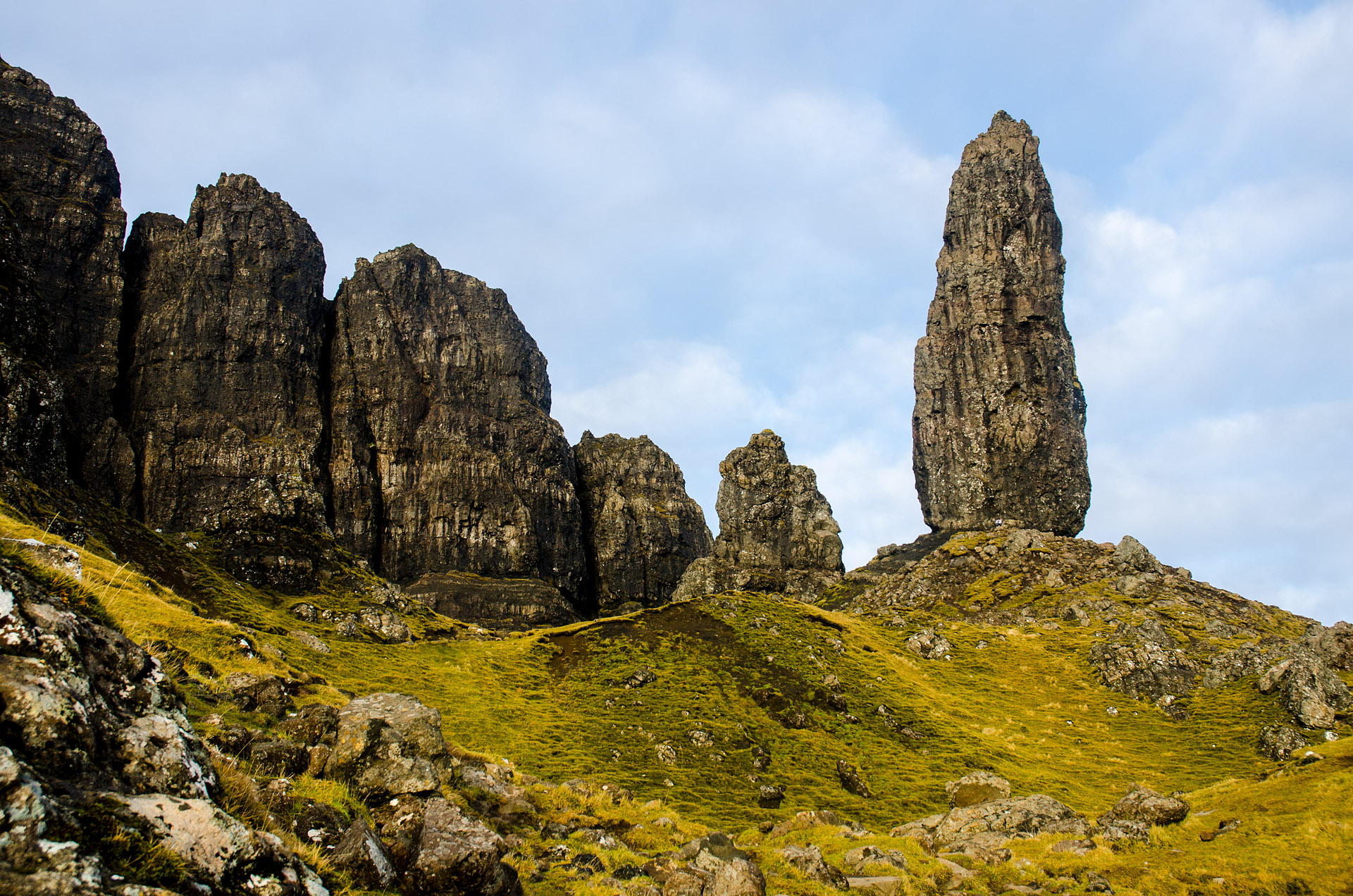 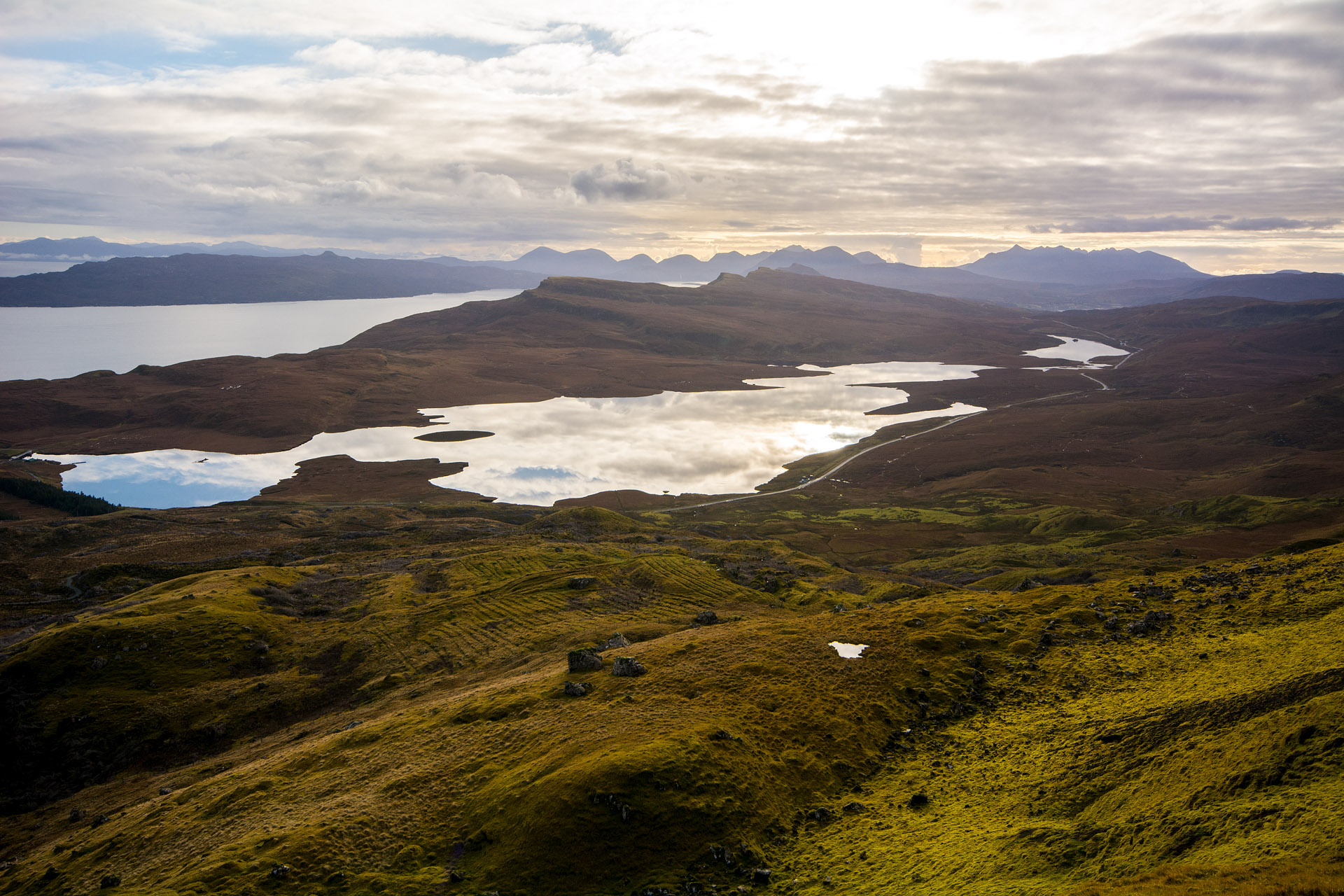