A soulful city on the Balkan Peninsula, Sarajevo is unlike any other city we’ve visited in Europe. Perhaps part of that unique feel is a rich cultural history that distinctively blends the Middle East with Eastern and Central Europe. Perhaps it’s the diverse community or the vibrant historic center that has an authentic Old World ambiance. And perhaps Sarajevo feels different, in part, due to its heartbreaking history… a history that is still recent enough to conjure up the grainy, black-and-white newspaper images of a devastated city under fire. Twenty years later, evidence from the ruthless, four-year siege still lingers throughout the city. Buildings are still riddled with pockmarks from bullets and mortar shells, and sidewalks still bear a handful of ‘Sarajevo roses,’ shallow depressions where mortars exploded and whose rosette-like patterns were filled with red resin to create a poignant yet painful memorial to the lives lost.

Yet somehow, Sarajevo’s resolve and spirit proved all but shatterproof, despite the fact that everything was literally crumbling around it. Today the Bascarsija (the old bazaar dating back to the 15th century) effervesces with its shops and restaurants. Humble eateries offer simple street foods like burek and cevapi alongside quaint cafes serving traditional Bosnian coffee – a strong, dark brew that is much-adored and an unquestionable source of national pride. On Coppersmith Street, countless displays of copper coffee sets glisten in the bright sunshine; nearby, leathersmiths carefully craft purses and handbags inside modest storefronts. And above it all, sharply-pointed minarets and soaring steeples erupt from the sea of terracotta roofs, while lofty domes shimmer with freshly-fashioned copper (refitted during reconstruction,) rather than the well-weathered patina flaunting centuries of wear.

About 40 minutes (20 km) southeast of the city, atop the 5,338-foot (1,627-meter) peak of Trebević, sits the old bobsled course used for Sarajevo’s 1984 Winter Olympic Games. Unfortunately, though, the once-festive site witnessed intense fighting during the siege of the early 1990s. The mountain’s significant elevation above the city provided a strategic vantage point for Serbian forces and artillery, and the massive, concrete sled tracks served as a key defensive site for the besieging troops. Today, the abandoned track remains largely intact, albeit splashed with graffiti and peppered with scars from the fighting, and you can now walk the length of the historic course. The pine forests surrounding the tracks are just beautiful and teeming with bird life, and the small walkways leading up the hillside provide some lovely views of the city as well as the White Fortress, which stood for centuries as part of the city’s defensive walls. As the mountain has now been essentially cleared of landmines, it is once again a popular spot for locals to enjoy a picnic lunch in a bit of nature’s tranquility. It’s a quick little walk, but a unique experience if you’re looking for a bit of history and tranquility that’s just a short distance from the bustling city center. 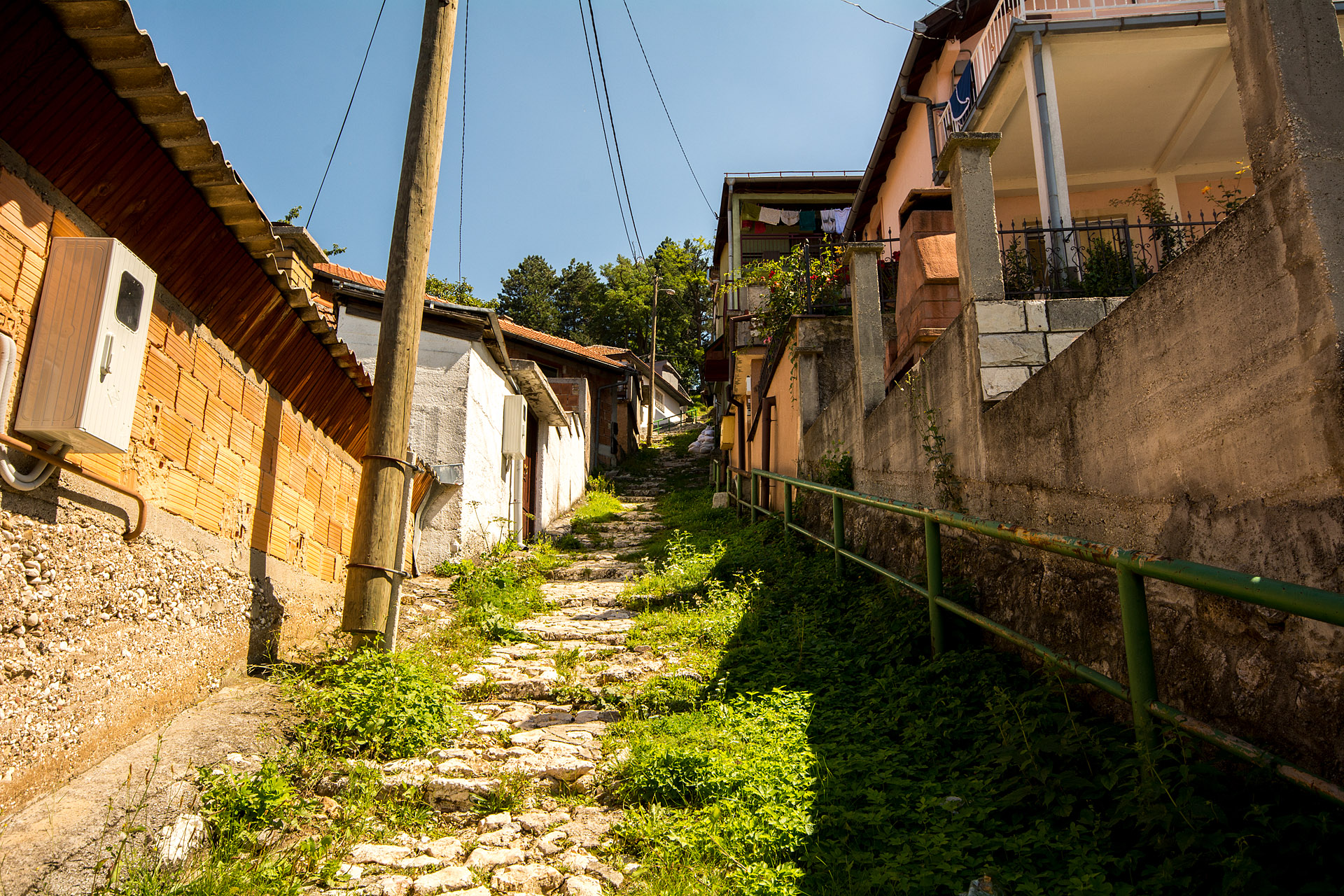 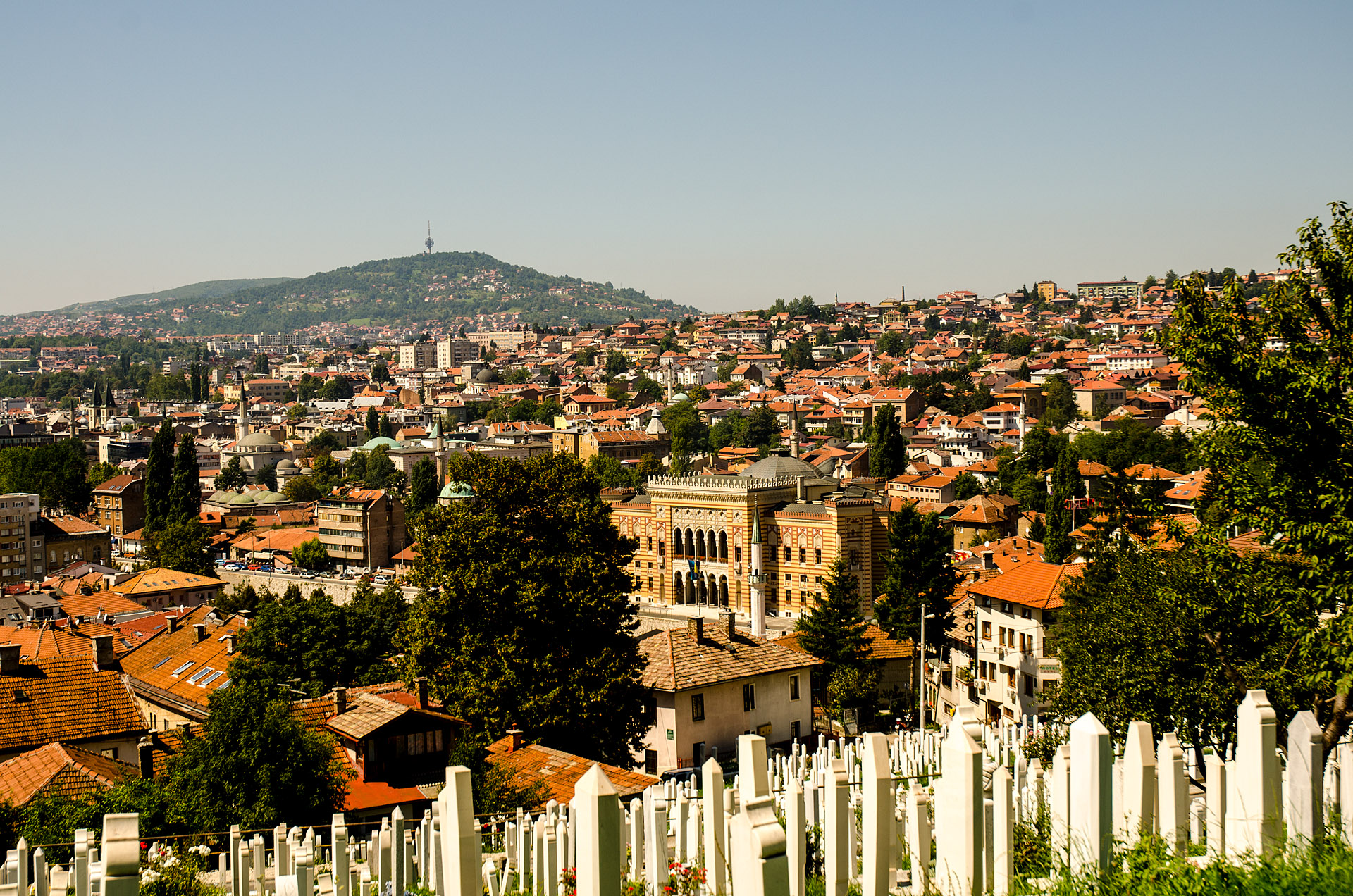 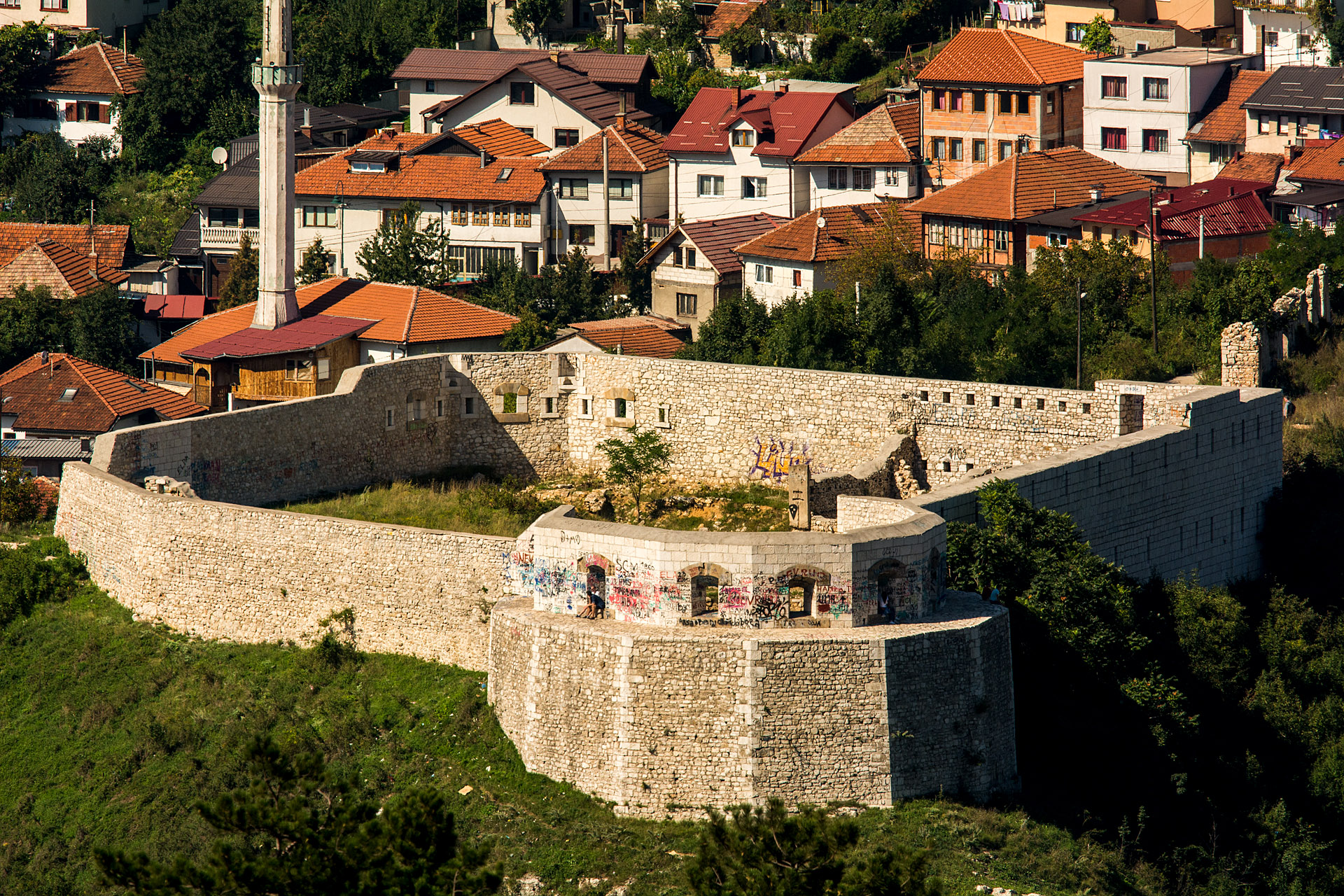 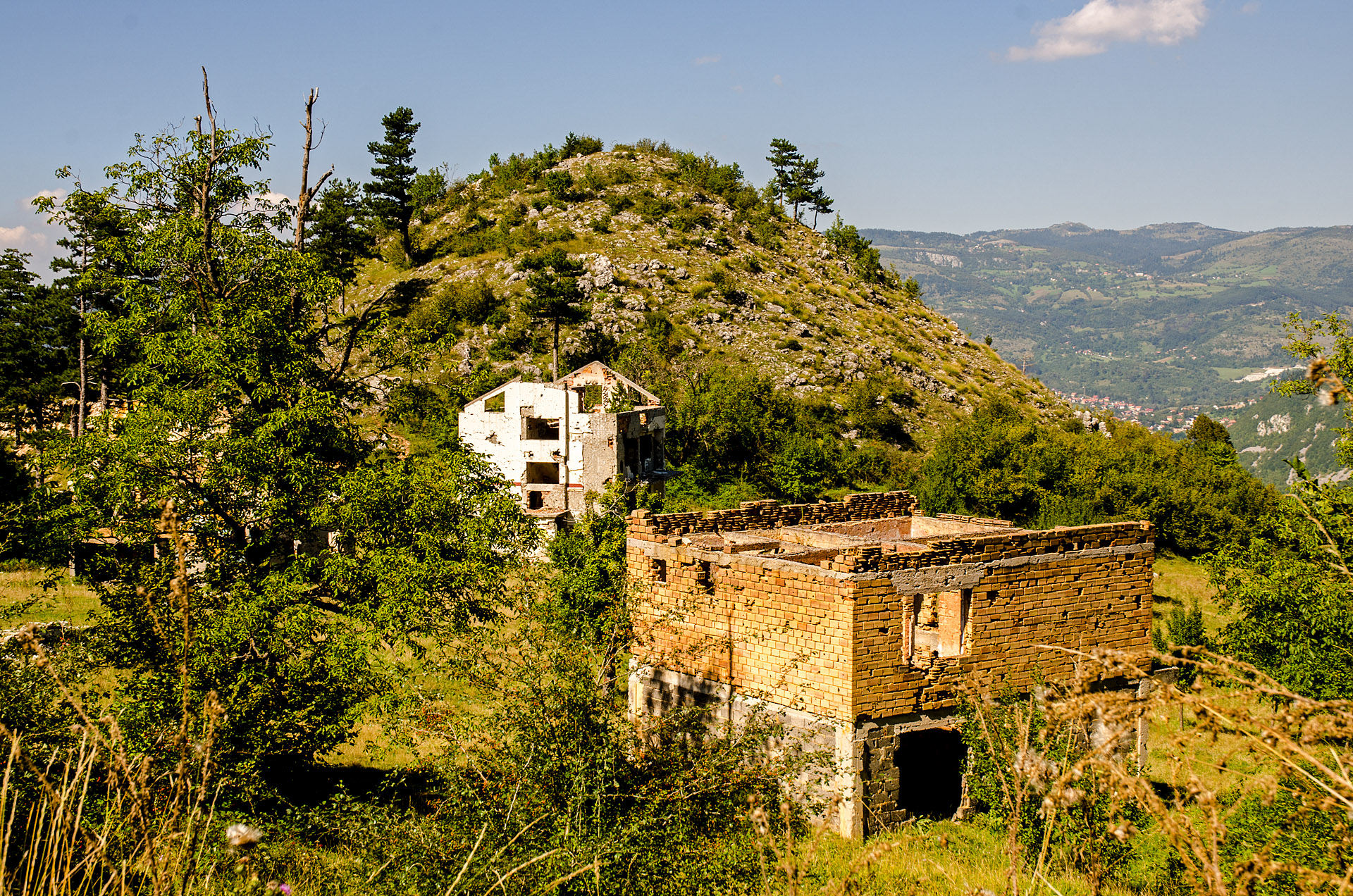 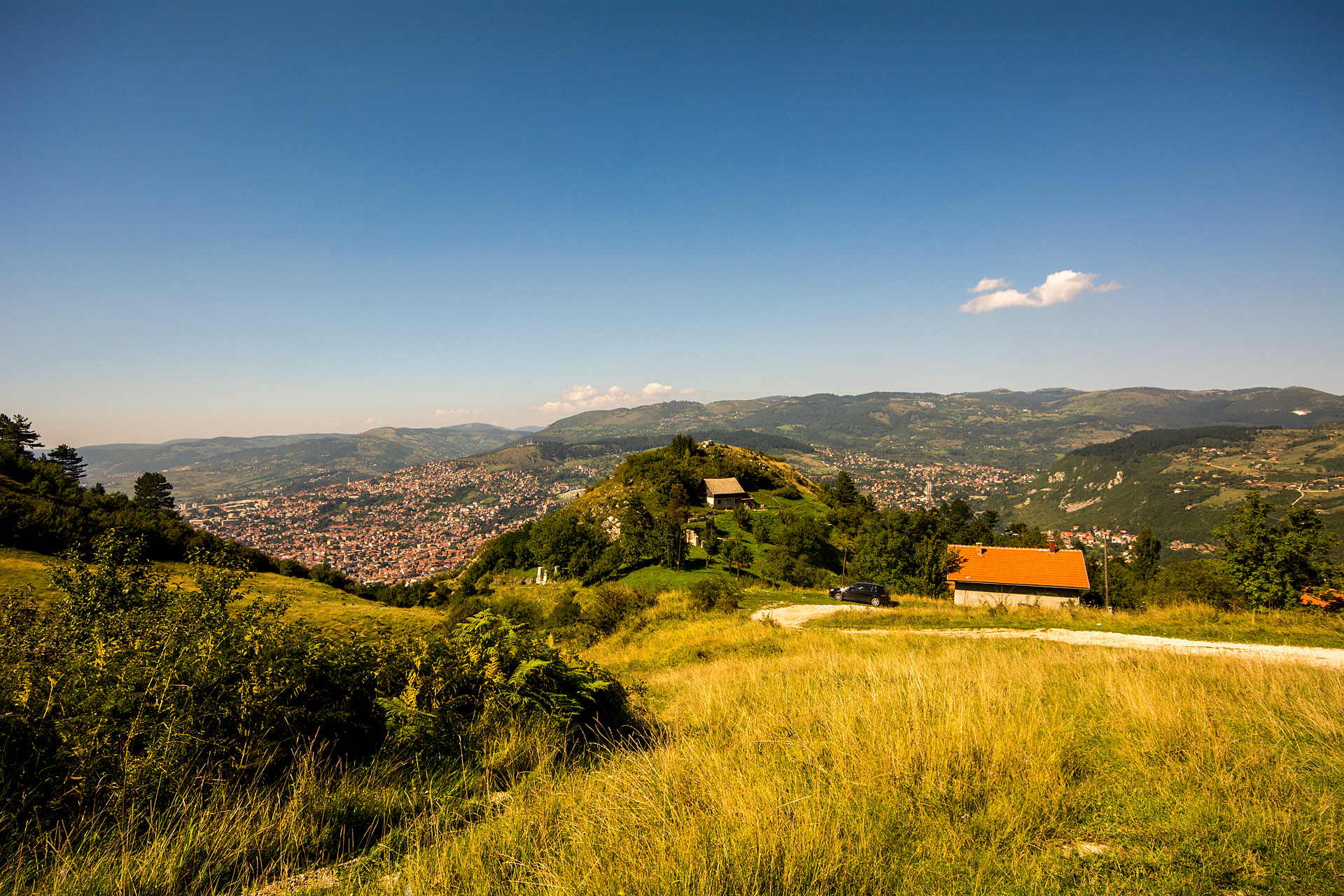 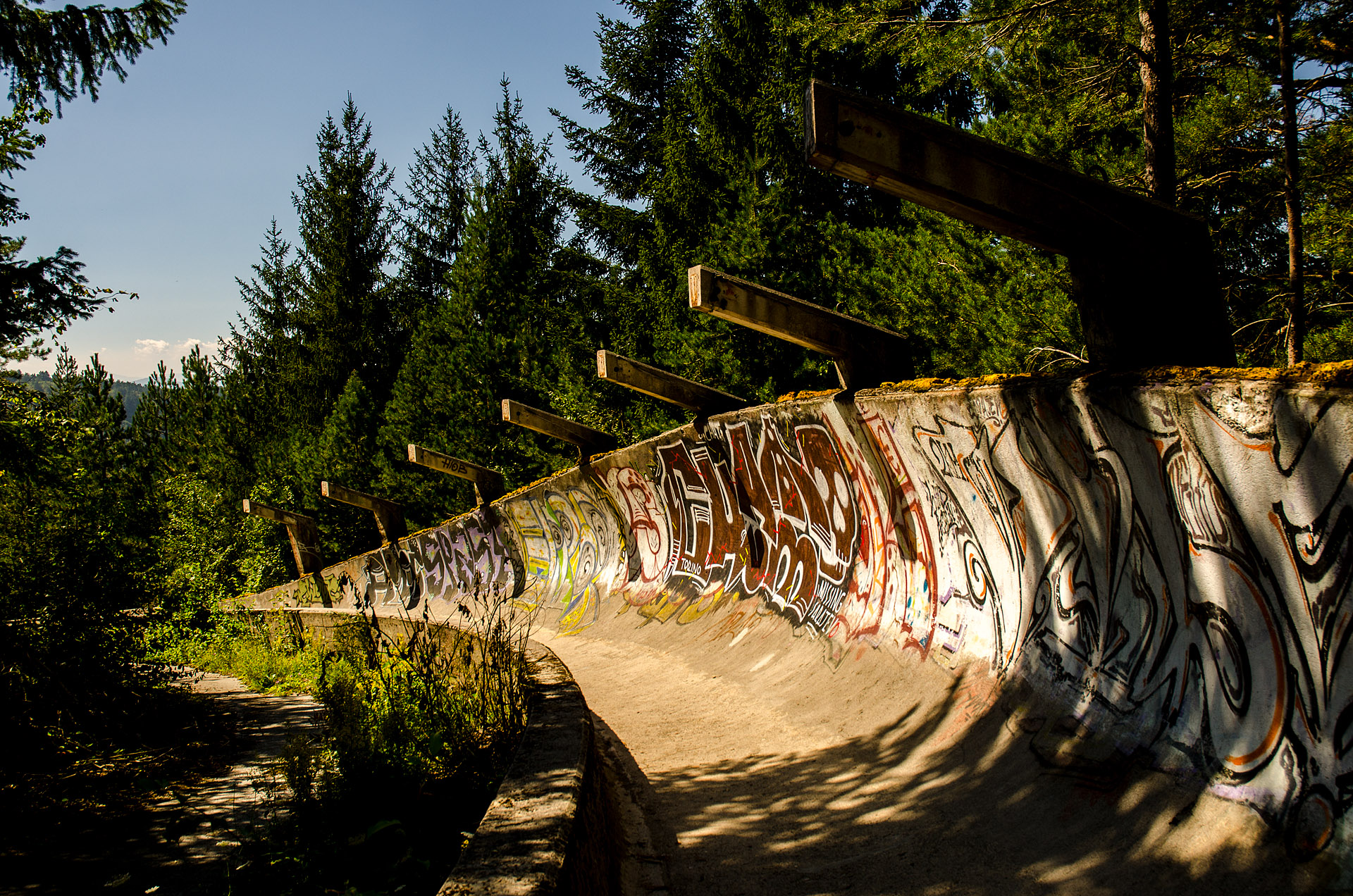 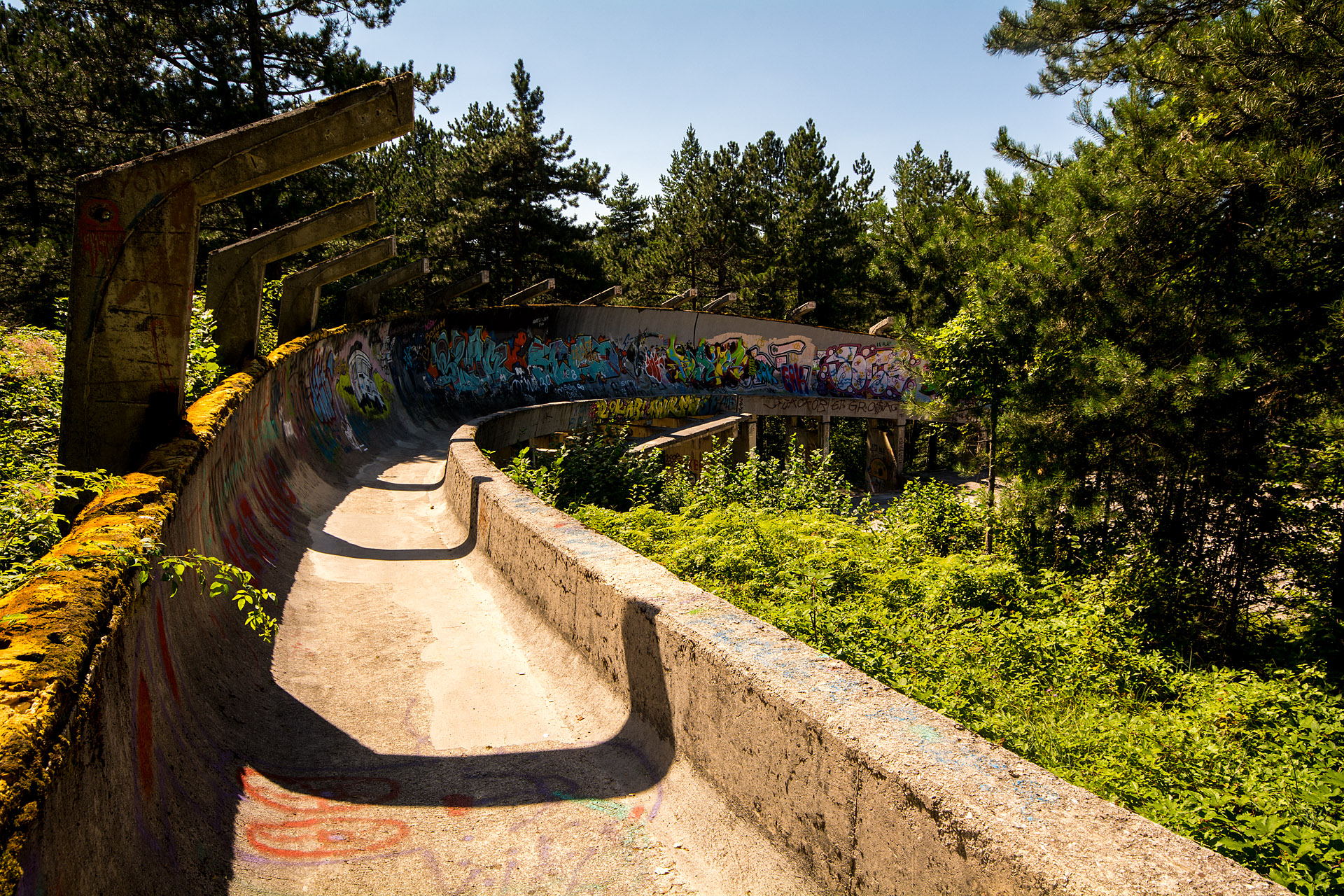 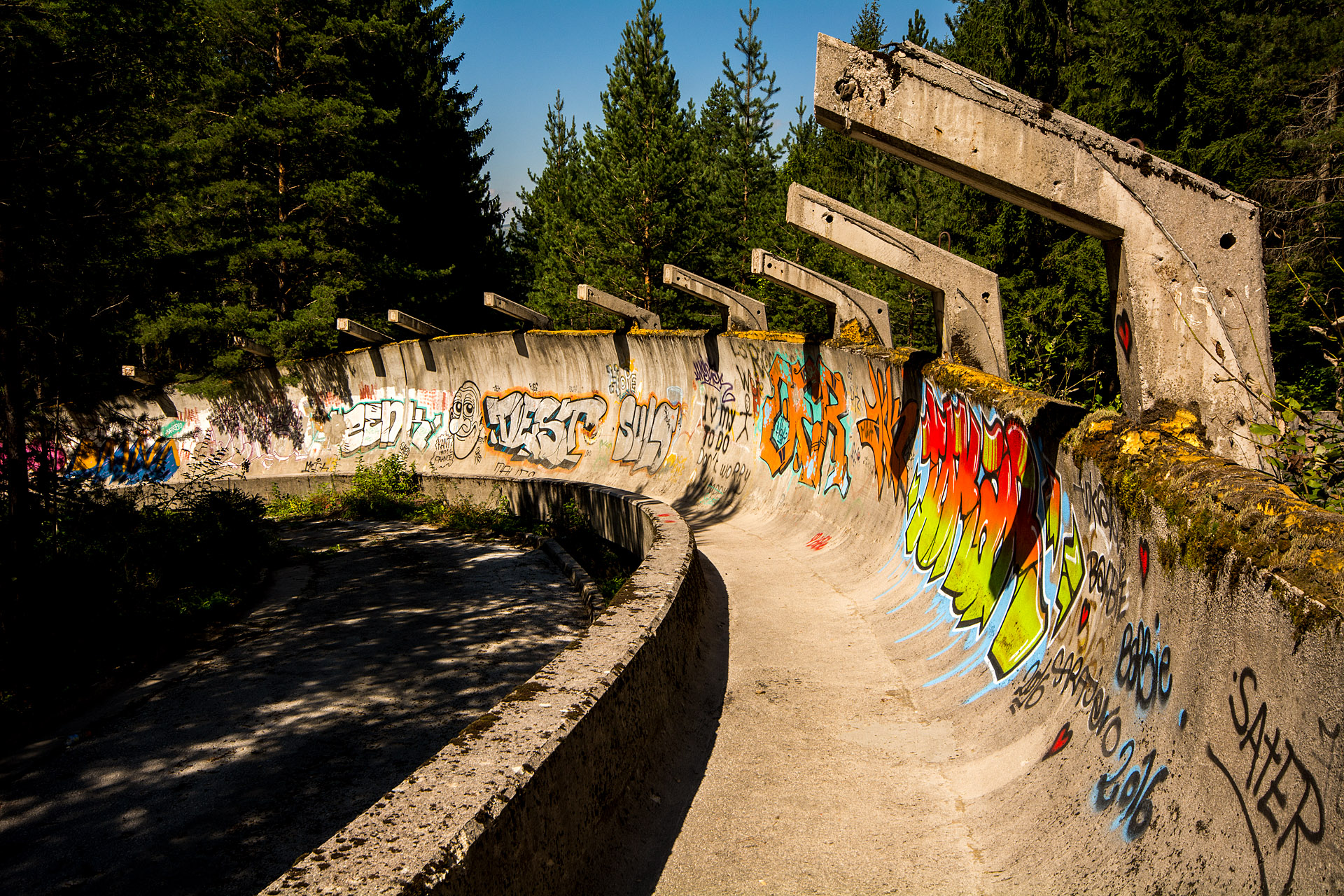 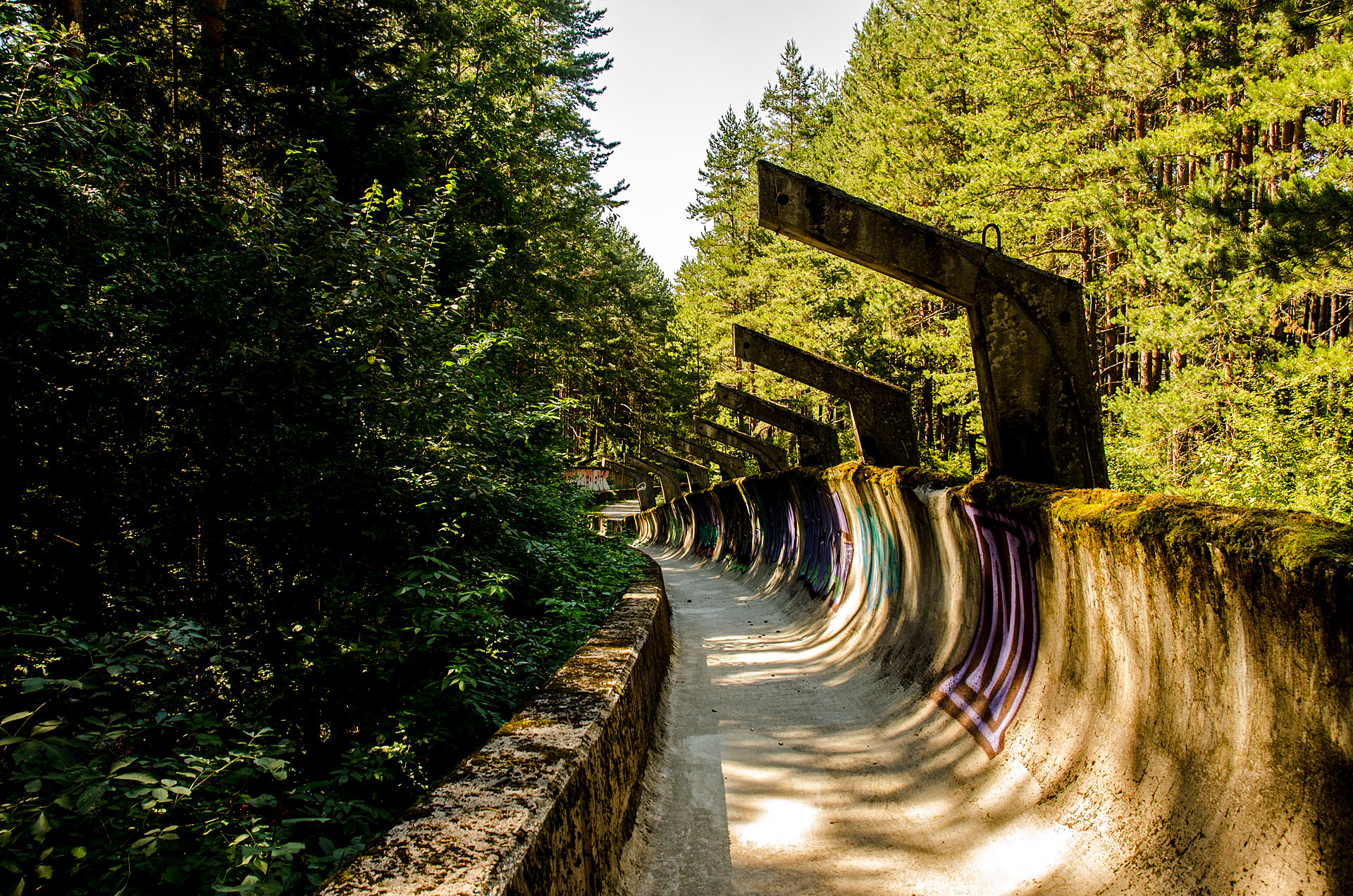 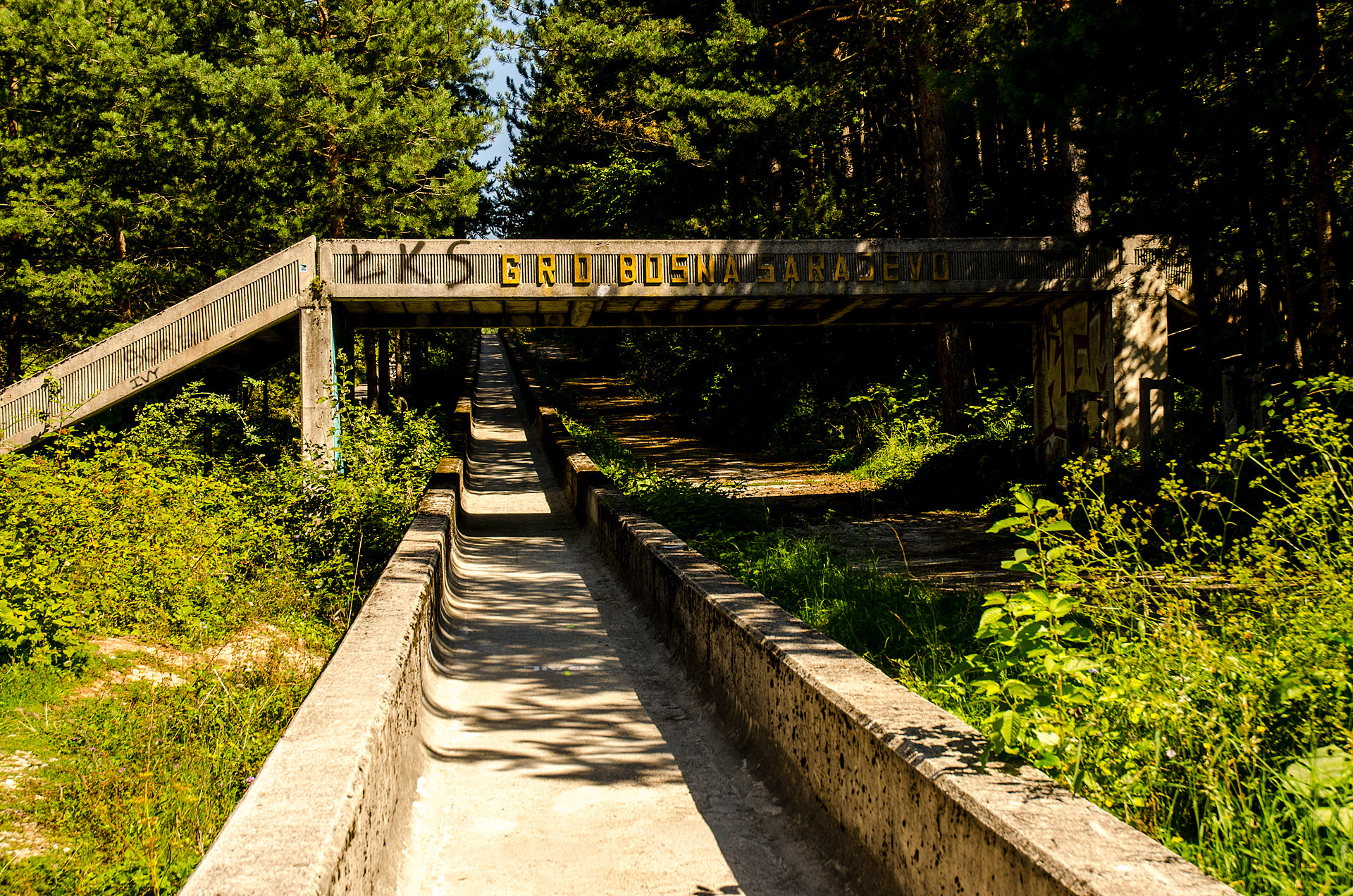 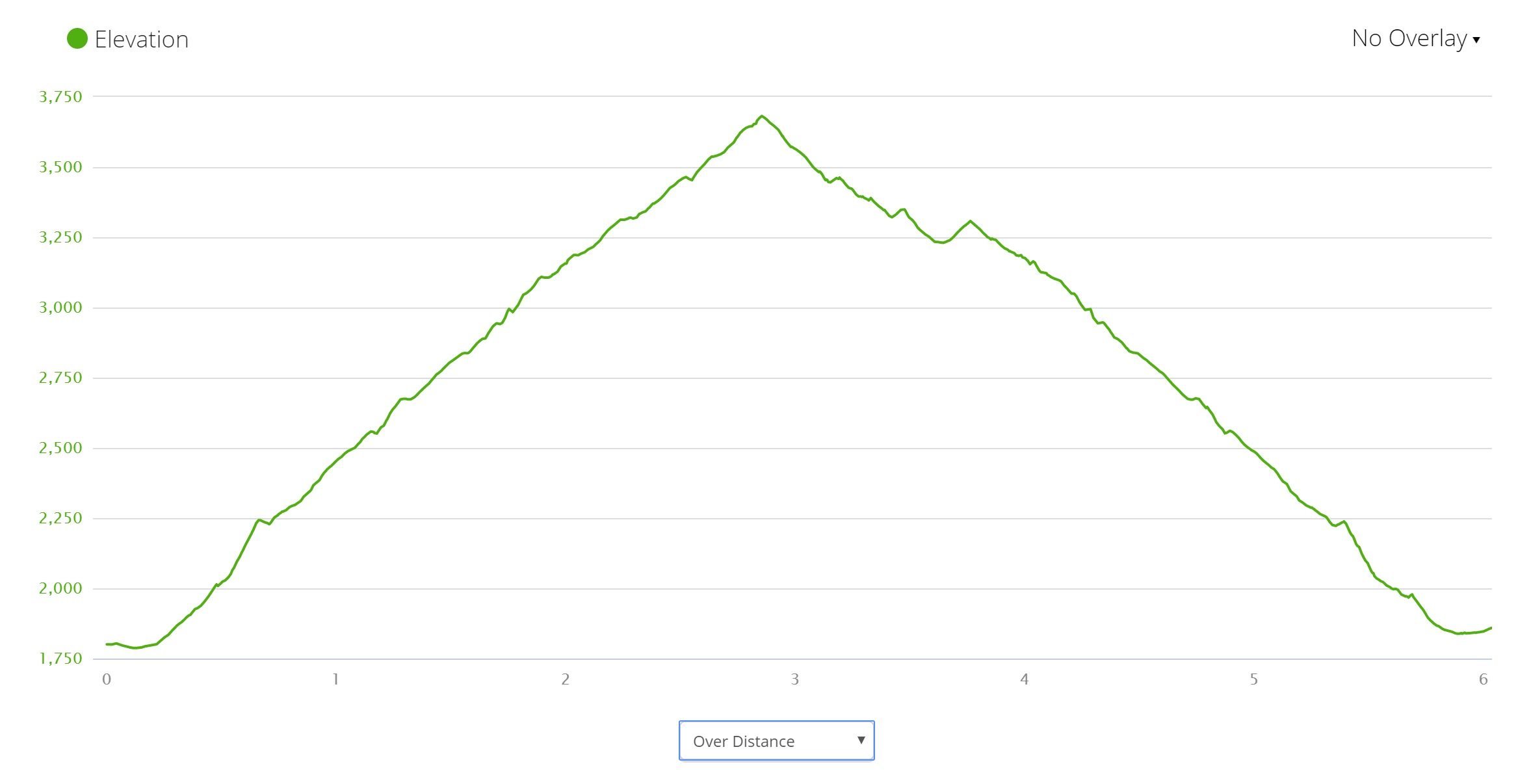