I’m fairly certain that a visit to the city of Queenstown is high on the lists of most travelers to NZ. It’s the perfect setting for the adventure capital of the world, nestled between the vast shores of Lake Wakatipu and the foothills of the lofty Remarkables mountain range. Moreover, there’s a bustling downtown, rife with charming restaurants and taverns. Stephan was pleased to find a couple of craft brew pubs, while I was content at a crunchy little vegan joint that made smoothies with fresh greens and locally-grown fruit. Stephan may or may not have had to yank me out of the establishment by my ponytail.

We knew we wanted to spend a day hiking in Queenstown, and we settled on the Ben Lomond Track. With an elevation of 5,735 feet, one of Queenstown’s tallest surrounding peaks, the hike is regarded for its far-reaching views across the scenic region.

The trail begins at the Ben Lomond Forest, just north of the town center, and rises steeply through dense vegetation. As we navigated amongst the tall trees of the Tiki Trail, the fresh scent of pine in the crisp, morning air seemed exceptionally fragrant. For those looking to shave an hour off the hike, and consequently bypass the forest, the Skyline gondola ascends the vertical hillside to the top of the forest. But really, that kind of seems like cheating… and there’s something comforting about an early morning walk through the woods.

After rising out of the forest, the trail meets up with the gondola’s summit point, at which there’s a chairlift leading to the start of a downhill mountain bike course, a zipline course, and some sort of small luge track. Although deserted in the early morning, the area was packed with visitors during our mid-afternoon descent, an unexpected antithesis to our secluded walk up. It didn’t detract from the hike, though, as it took only a few minutes to pass the chaos and return to the more isolated beauty of the trail.

From the forest, the trail continued ascending (albeit less sharply) to the saddleback. For our entire climb to the saddle, we were completely encased in a thick fog. We could see absolutely nothing in front of or behind us, and we actually contemplated abandoning the hike there, since all we could see was each other and the dirt path. As we slung our packs off at a lone bench atop the saddle, though, the crests of several snow-capped, craggy peaks suddenly came into view in the distance, peeking out from the lingering cloud cover. To our left, we peered up at Ben Lomond’s imposing summit and couldn’t resist the urge to continue, view or no view. 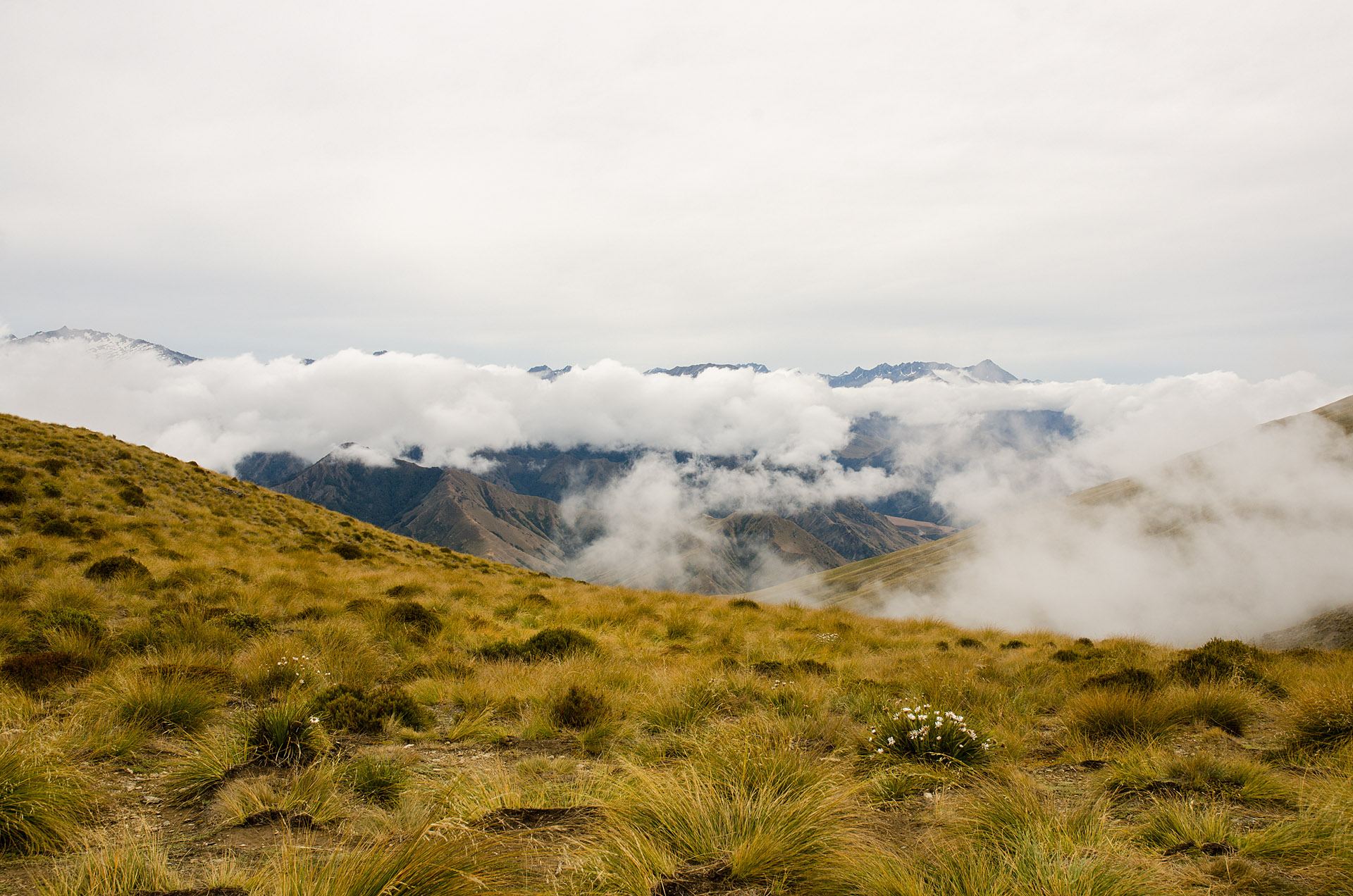 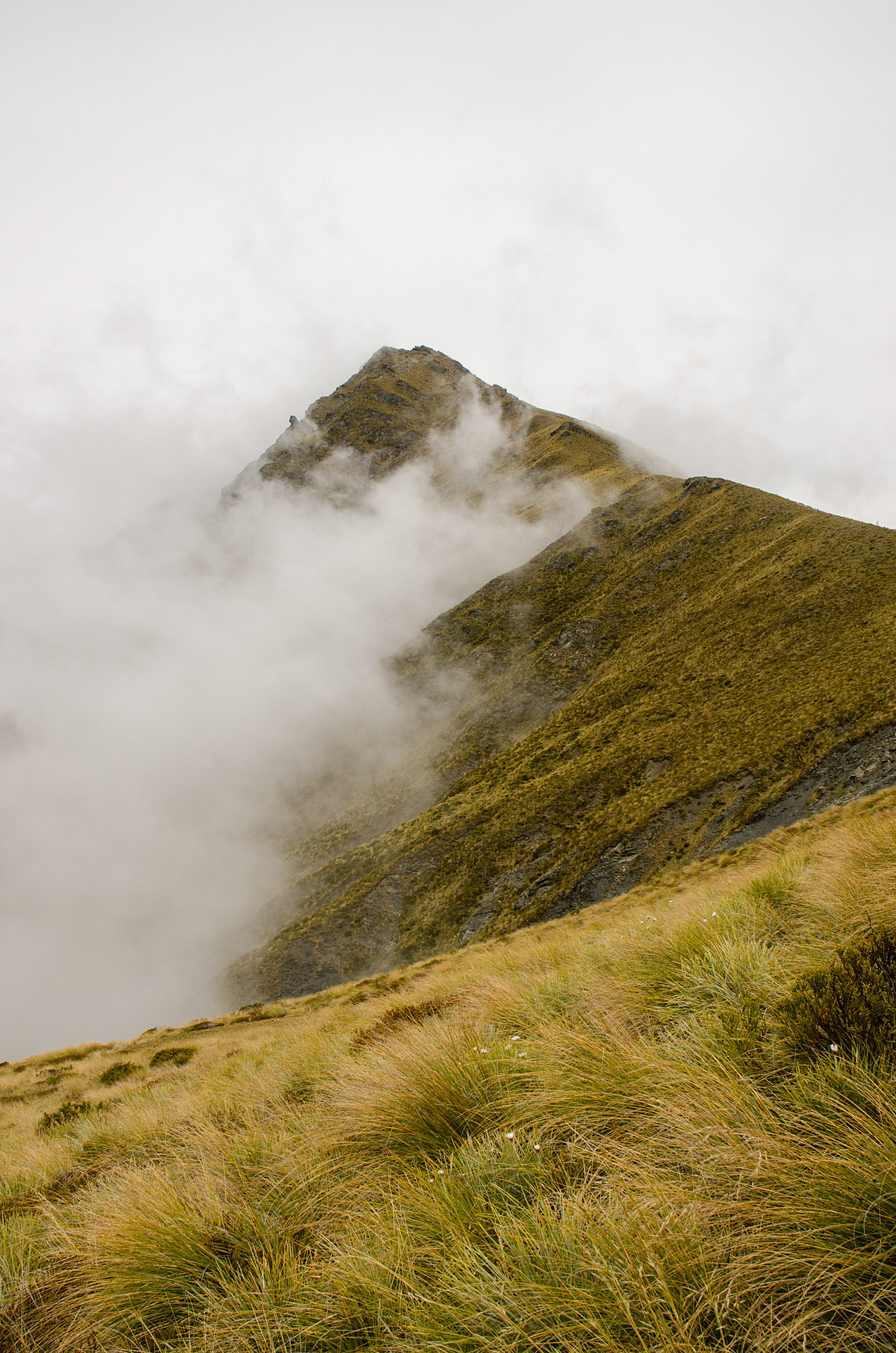 The remaining hour-long ascent to the summit was especially steep, as the trail wound around sheer hillsides and over some considerably rocky sections. Once atop the peak, we were stunned to discover that we had a tremendous view (at least compared to the climb up)! Though the clouds still persistently rolled in and out of the surrounding hills and valleys below, occasionally obscuring the view of Queenstown, we were still afforded spectacular scenery looking down on the sloping city along Queenstown Bay, the sprawling Lake Wakatipu, and the surrounding summits of the Remarkables. On our descent, all of the landscape that had been previously shrouded in dense, low-hanging clouds was now illuminated by the afternoon sun – a fortuitous end to our Queenstown trek. 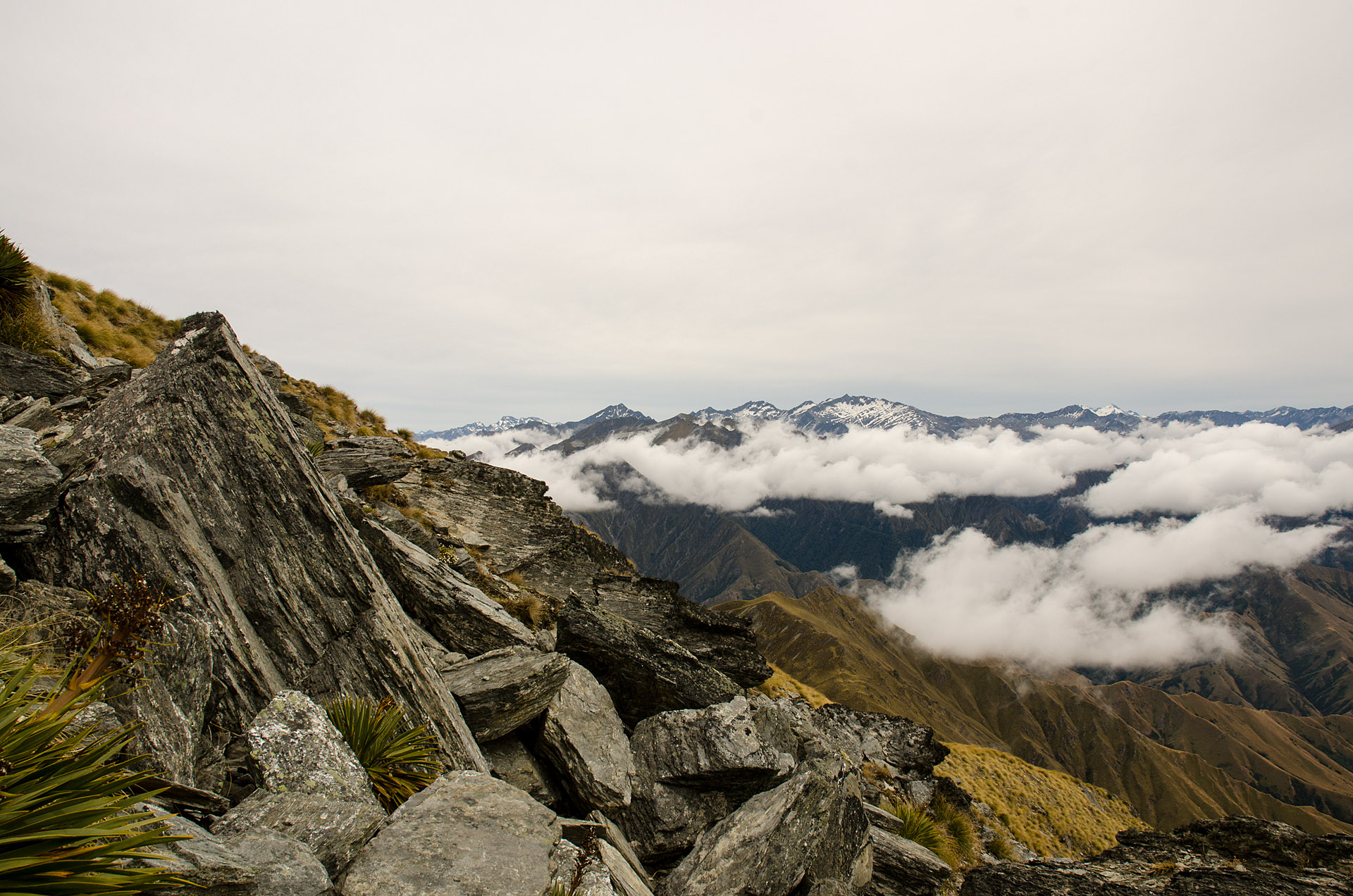 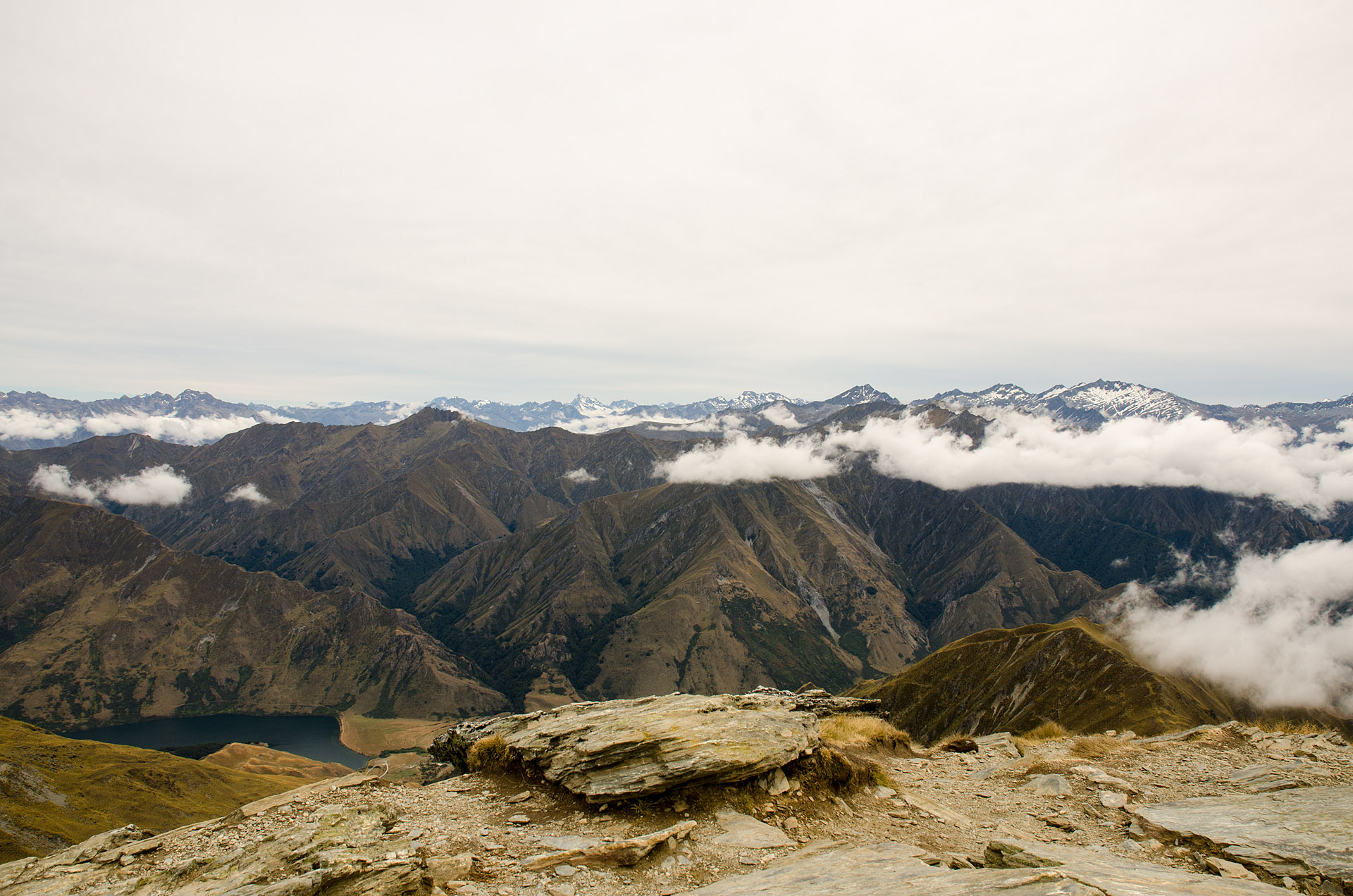 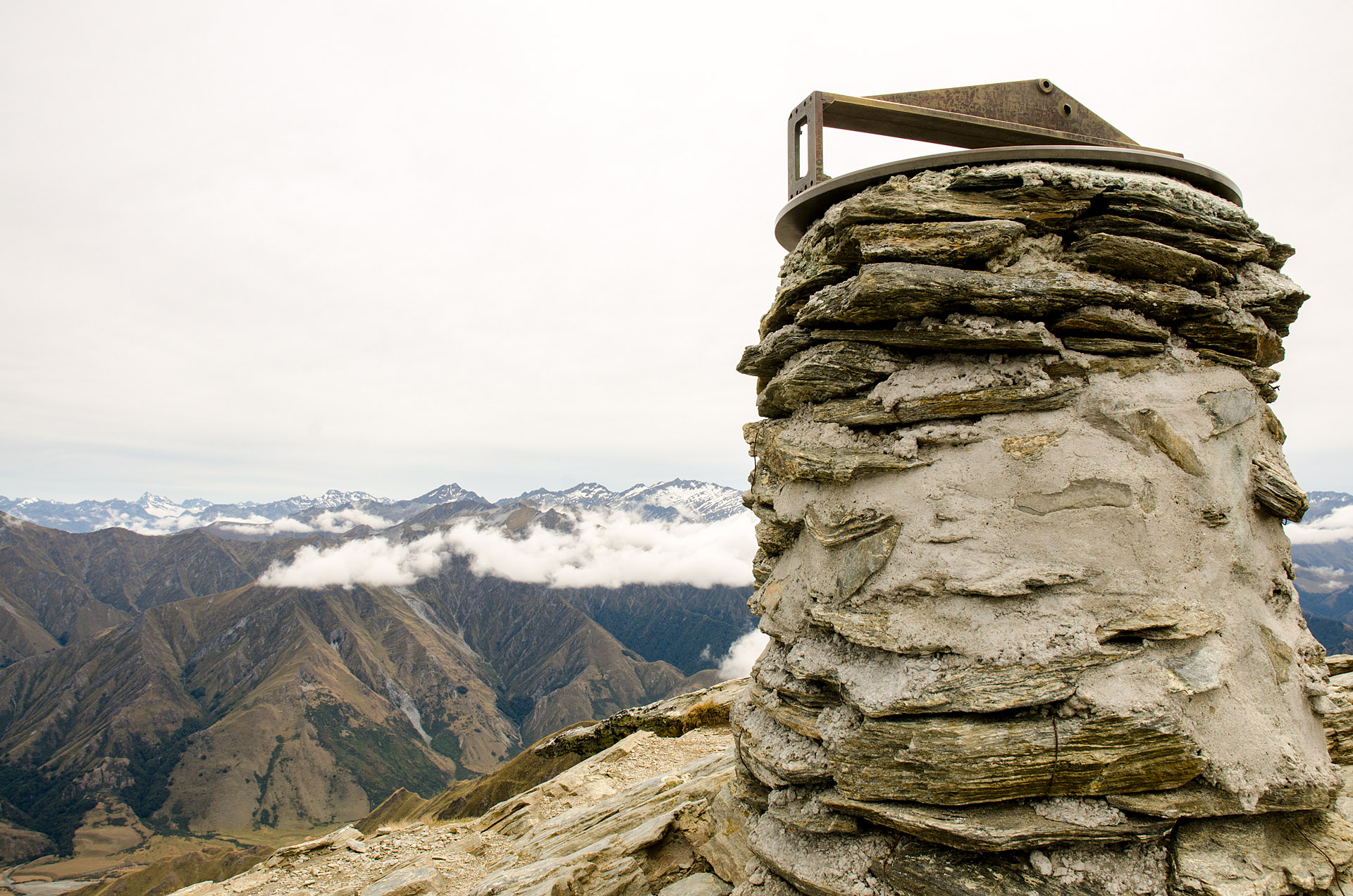 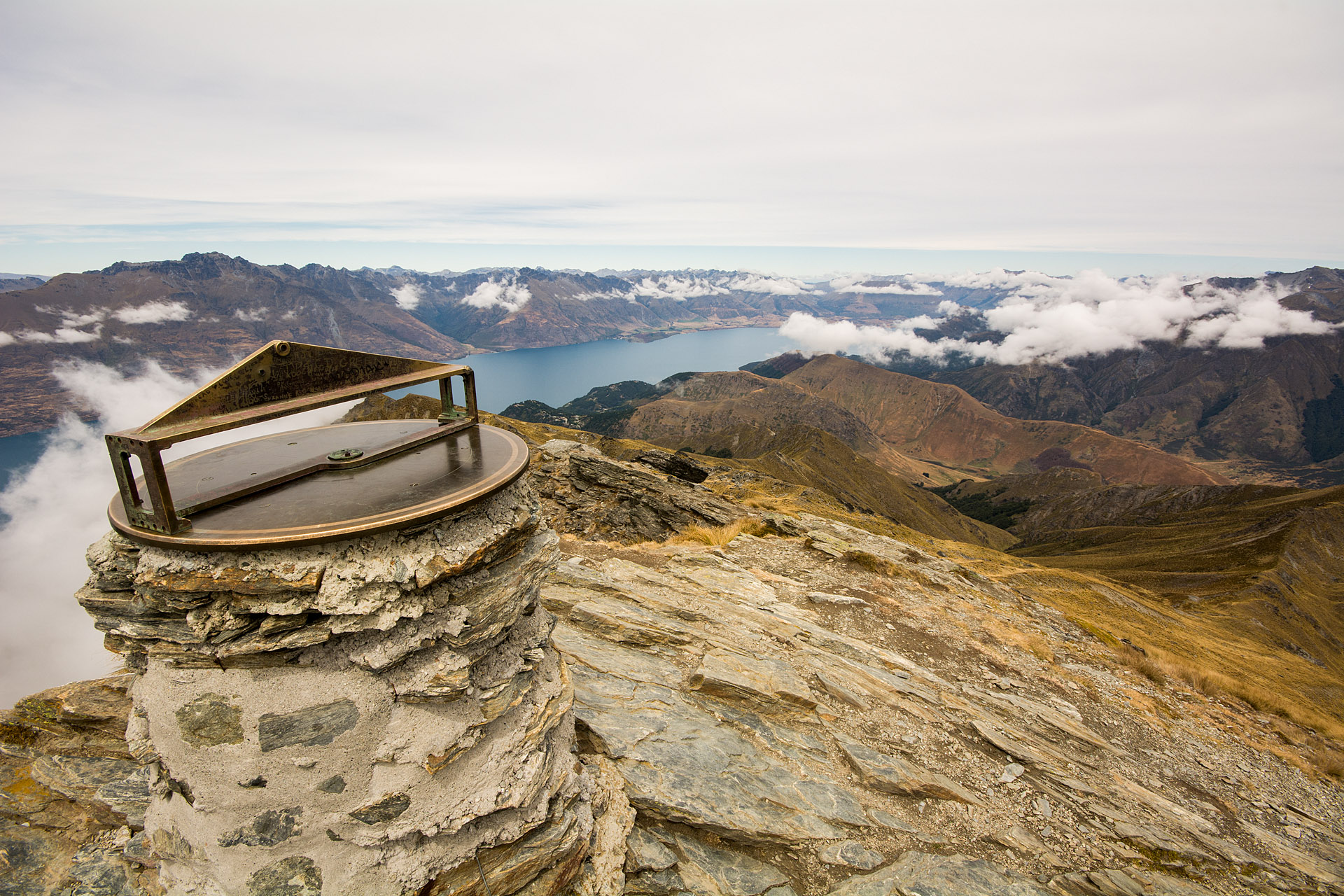 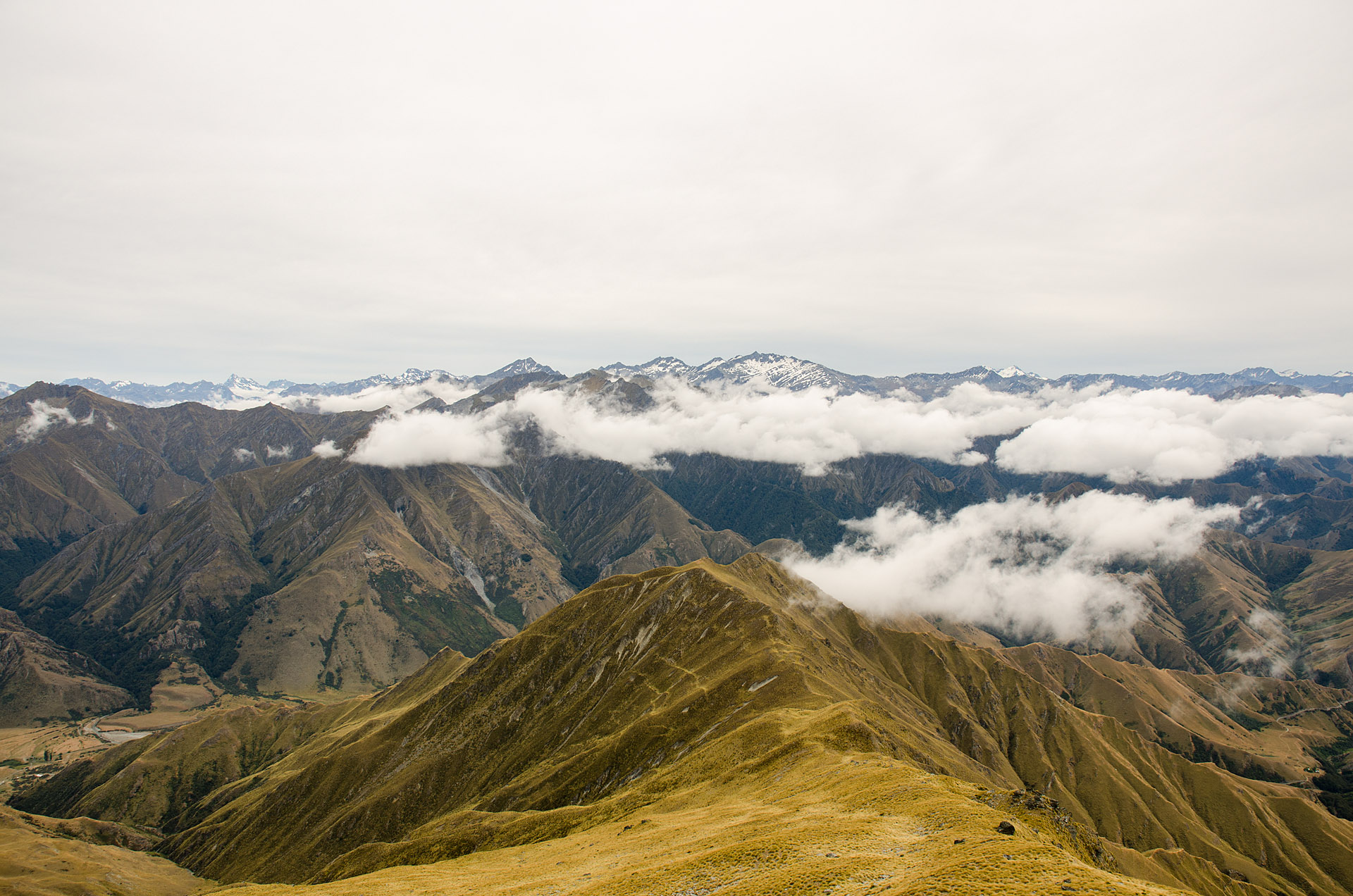 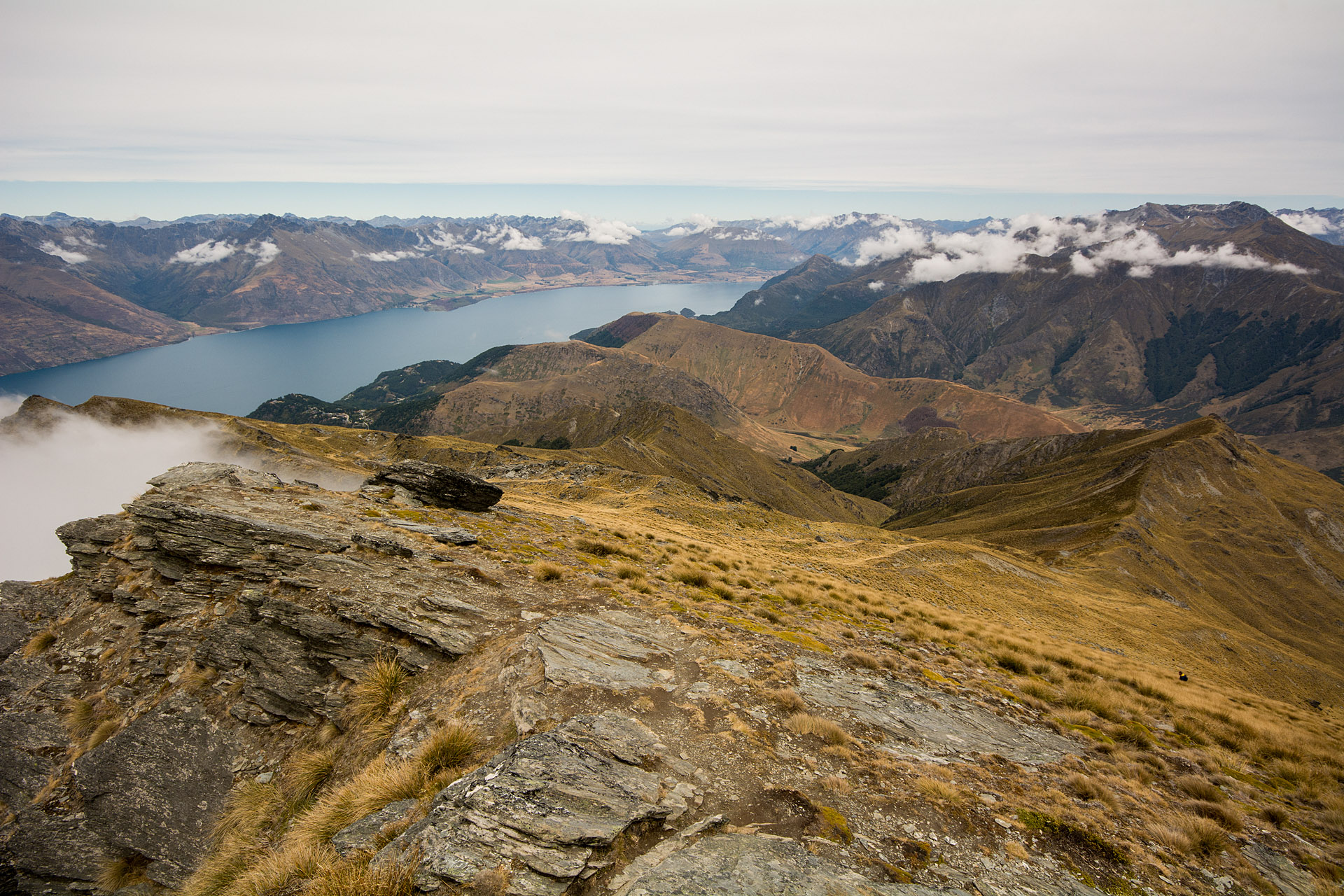 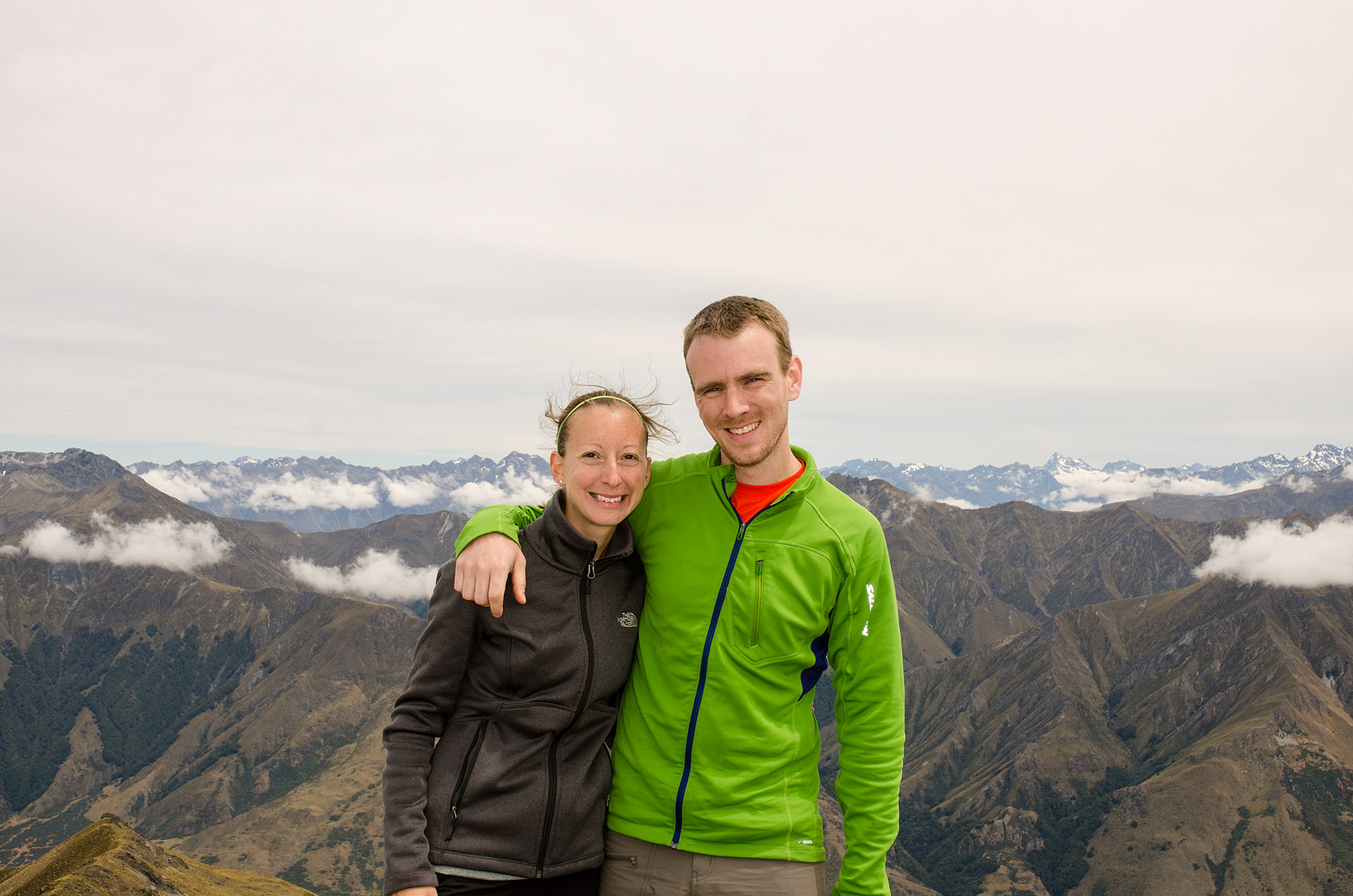 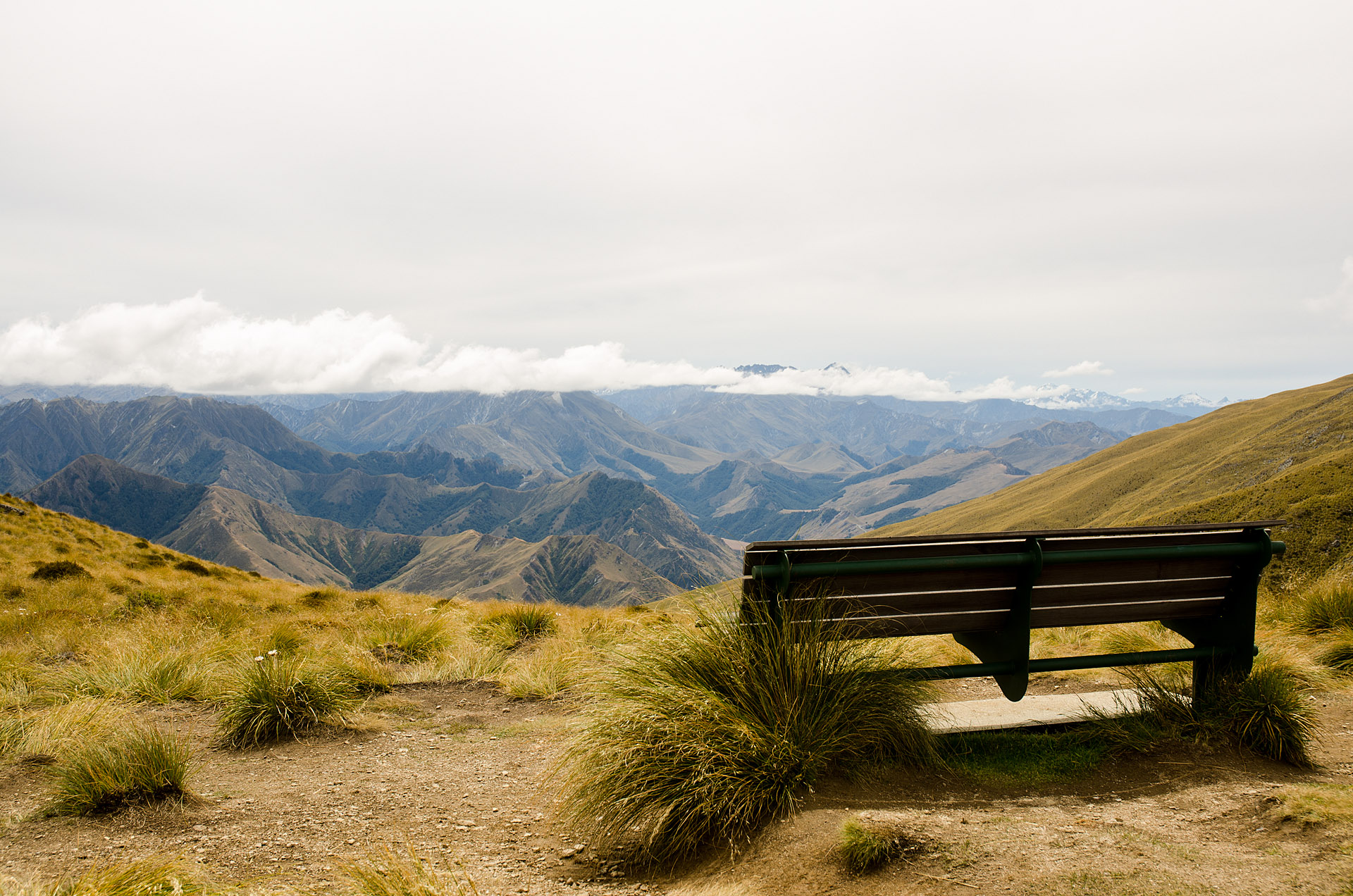 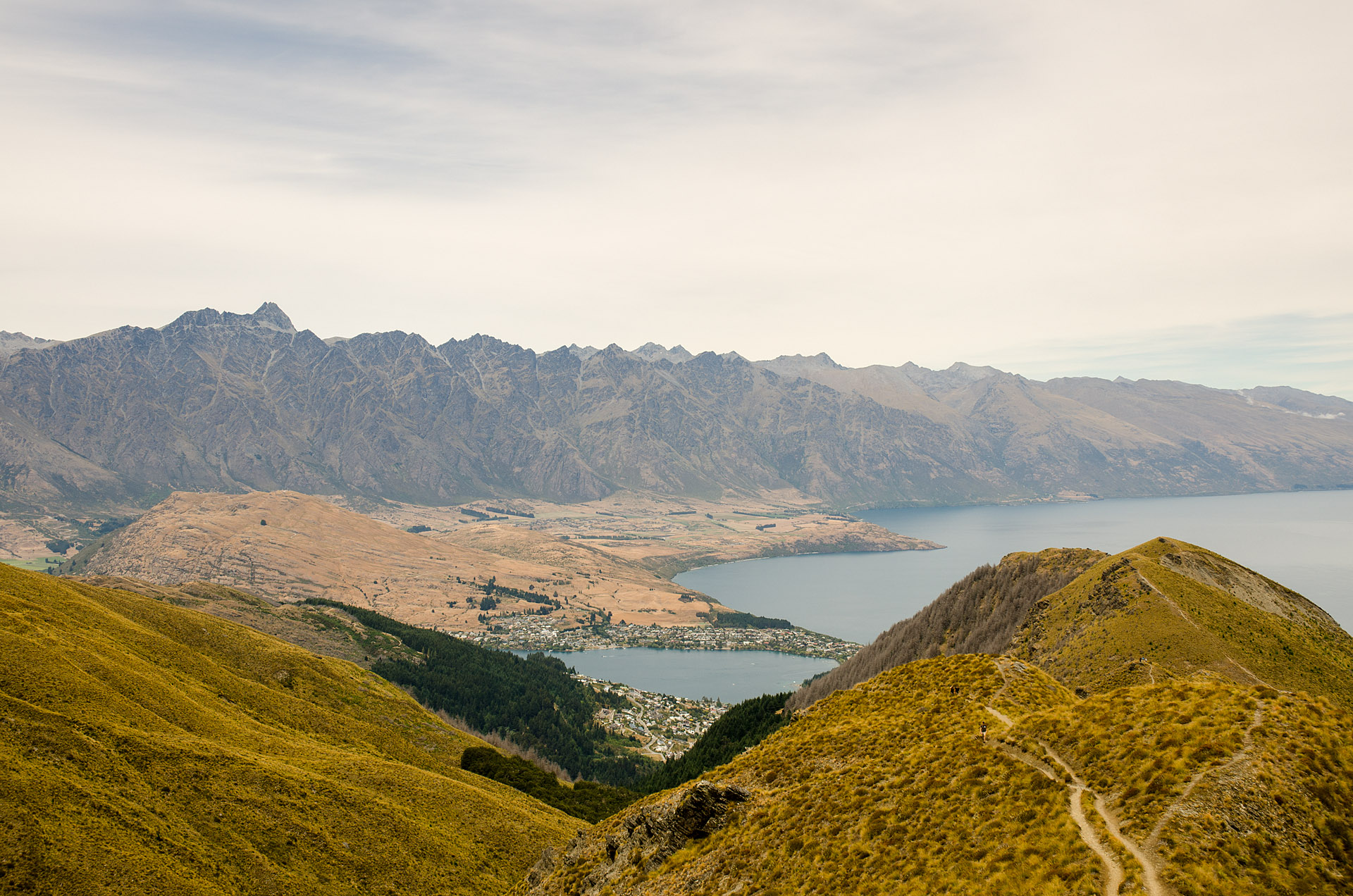 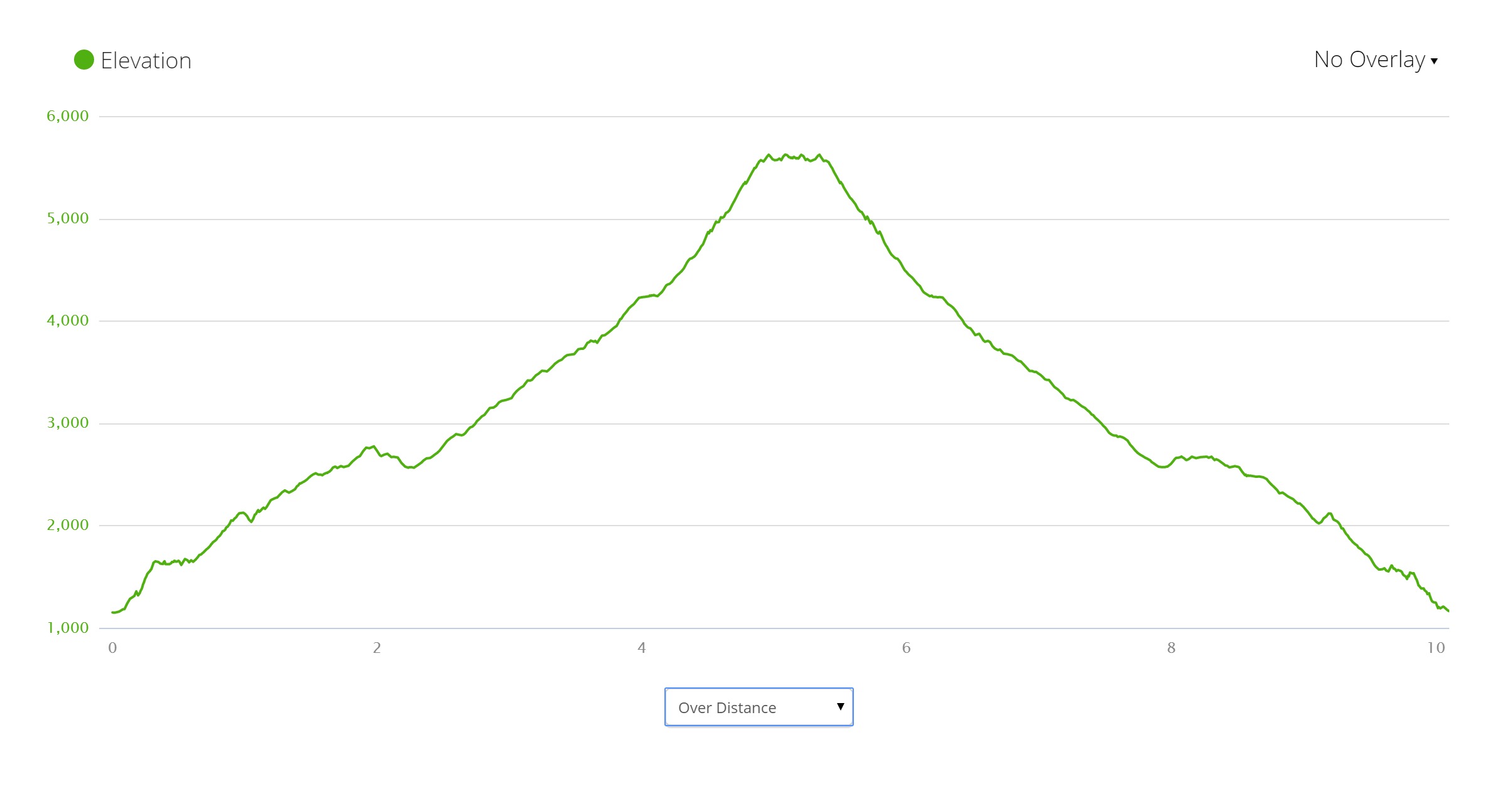