In attempting to fit as much stunning scenery as we could into a single day hike around the Moraine Lake area, we combined three hiking routes into a single, 11-mile (17-km) circuit: Lake Annette (3.7 miles one way), part of the Paradise Valley trail (1.9 miles) & Sentinel Pass Connector (1.4 miles), and Larch Valley (3.6 miles one way).

We began at the Paradise Valley trailhead (parking lot) off Moraine Lake Road. From here, the trail ascended gently through the thick forest for roughly four miles before reaching Lake Annette, an isolated, blue-green pool whose transparent water exploded from a backdrop of verdant, tree-covered slopes. From here, we continued on the Paradise Valley/Giant Steps trail, which led us out of the forest and across a rocky ridge on Mount Hungabee overlooking the endless, green expanse of Paradise Valley and the lush slopes of Mount Haddo. The trail toward Sentinel Pass then turned abruptly to the left (southeast), before vanishing in a steep wall of scree. We stopped and stared at the mass of loose rock, conceived a general, visual plan of how we’d ascend, and began our scramble. 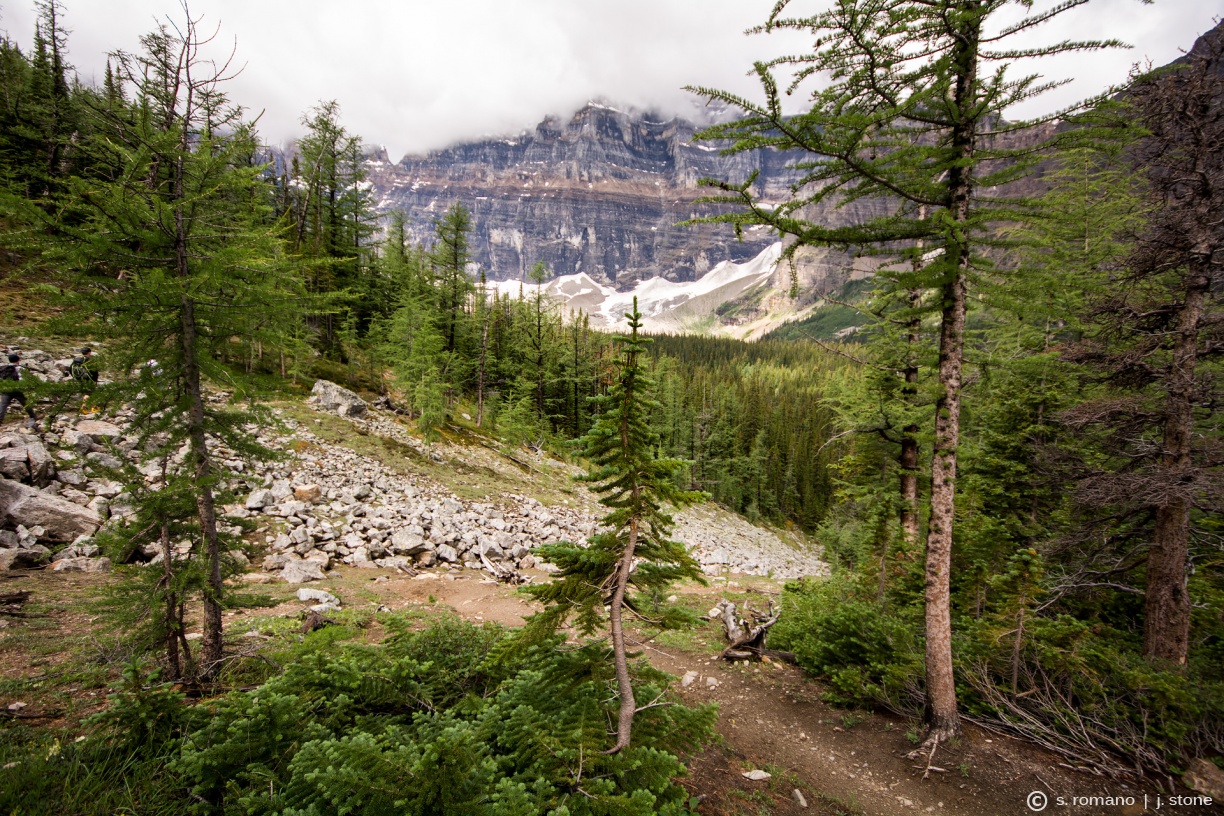 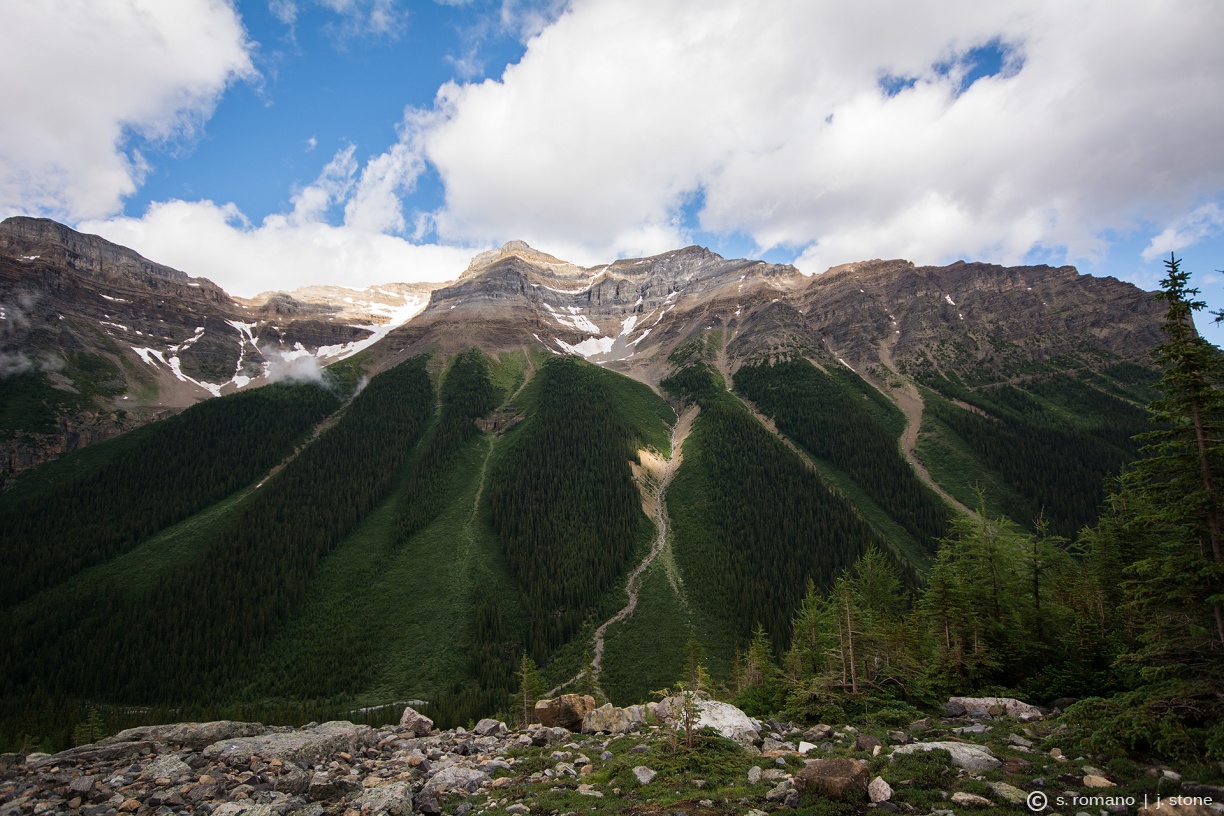 The 1.4-mile Sentinel Pass Connector from the Paradise Valley/Lake Annette route to Sentinel Pass/Larch Valley can be a challenge if you aren’t used to scrambling. Be prepared not only for a prolonged scramble up unsteady rock, but also for some route-finding, as the trail all but disappears in the scree on the north side of Sentinel Pass, between Mount Temple (11,621’) and Pinnacle Mountain (10,062’).

Upon reaching Sentinel Pass (8,564’), you are rewarded with sweeping views of Paradise Valley (to the northwest) and Larch Valley/Valley of the Ten Peaks (to the southeast). This is a great place to stop for lunch and enjoy the breathtaking scenery. While we saw virtually no one on the Paradise Valley trail (and no one on the scramble), there were several groups atop the pass, all arriving via the more-traveled Larch Valley trail from the south side of Sentinel Pass. One couple asked where we suddenly appeared from, and we pointed and said, “From that way.” They looked somewhat bemused and replied, “You came up that?!” 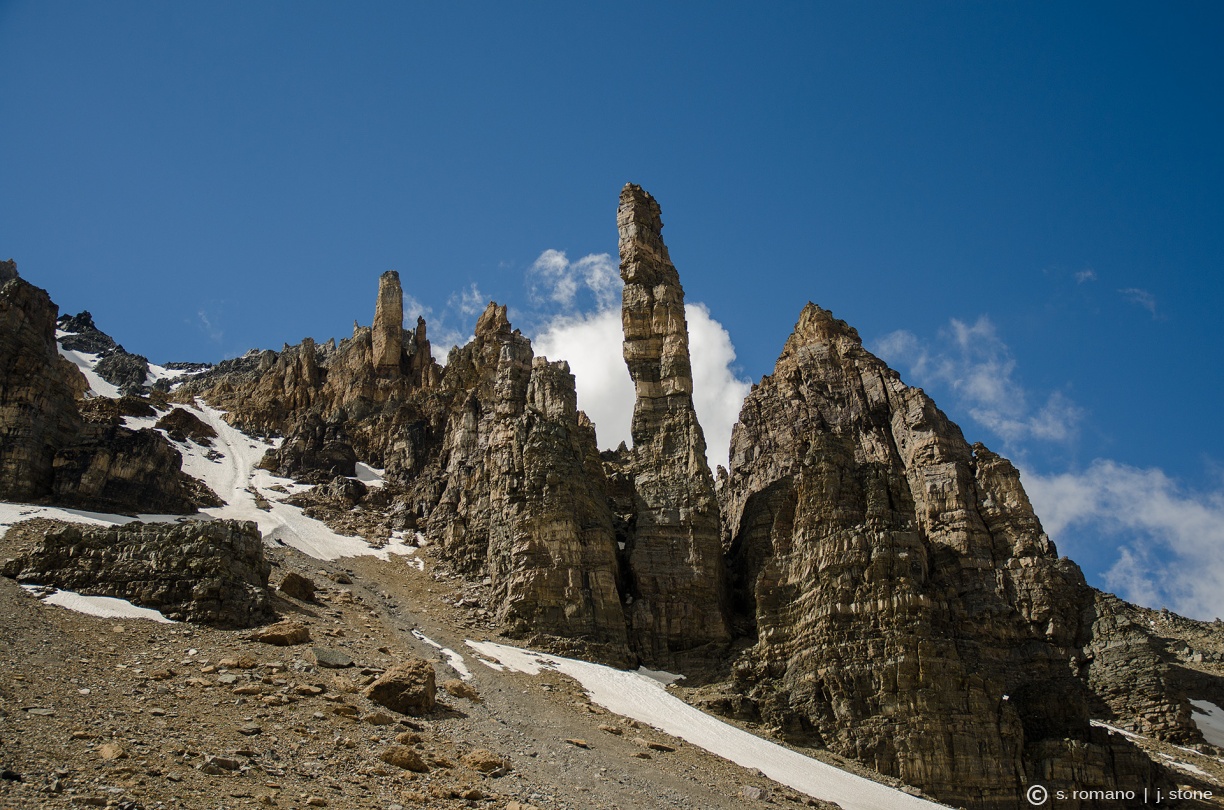 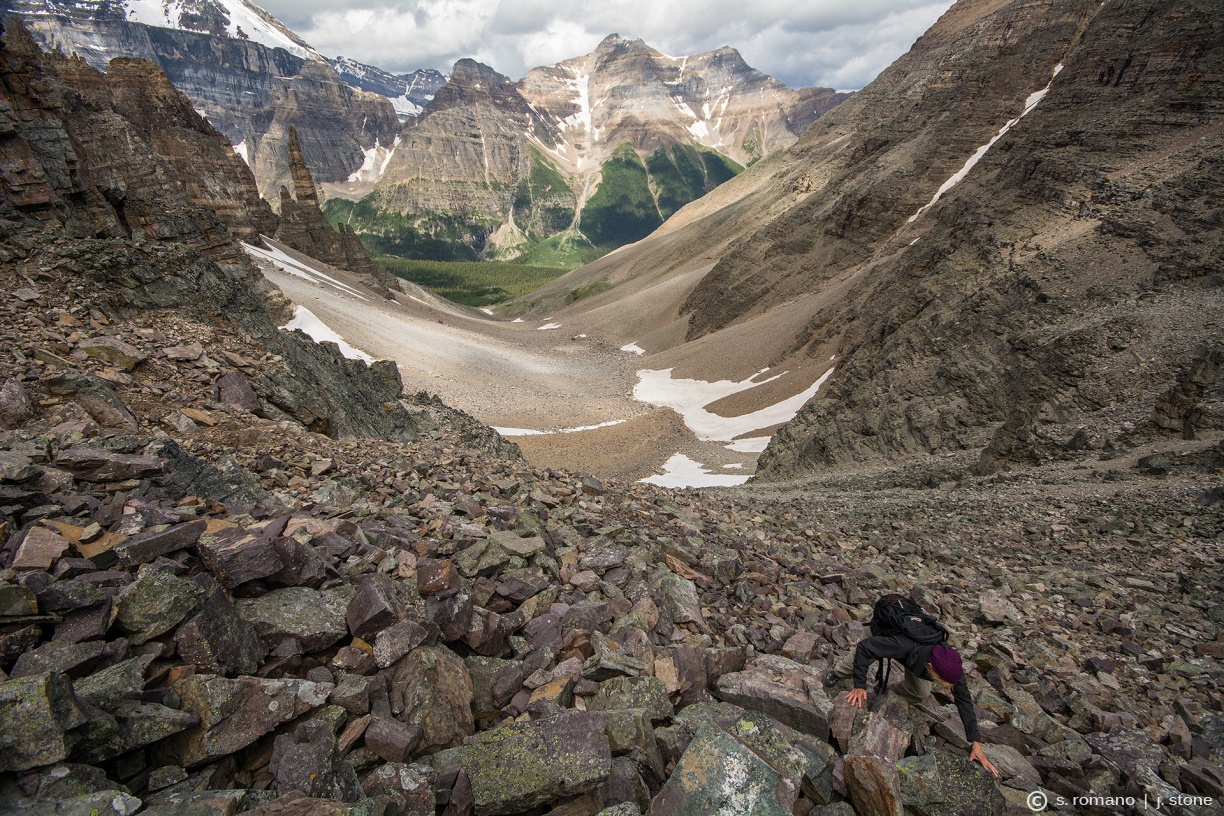 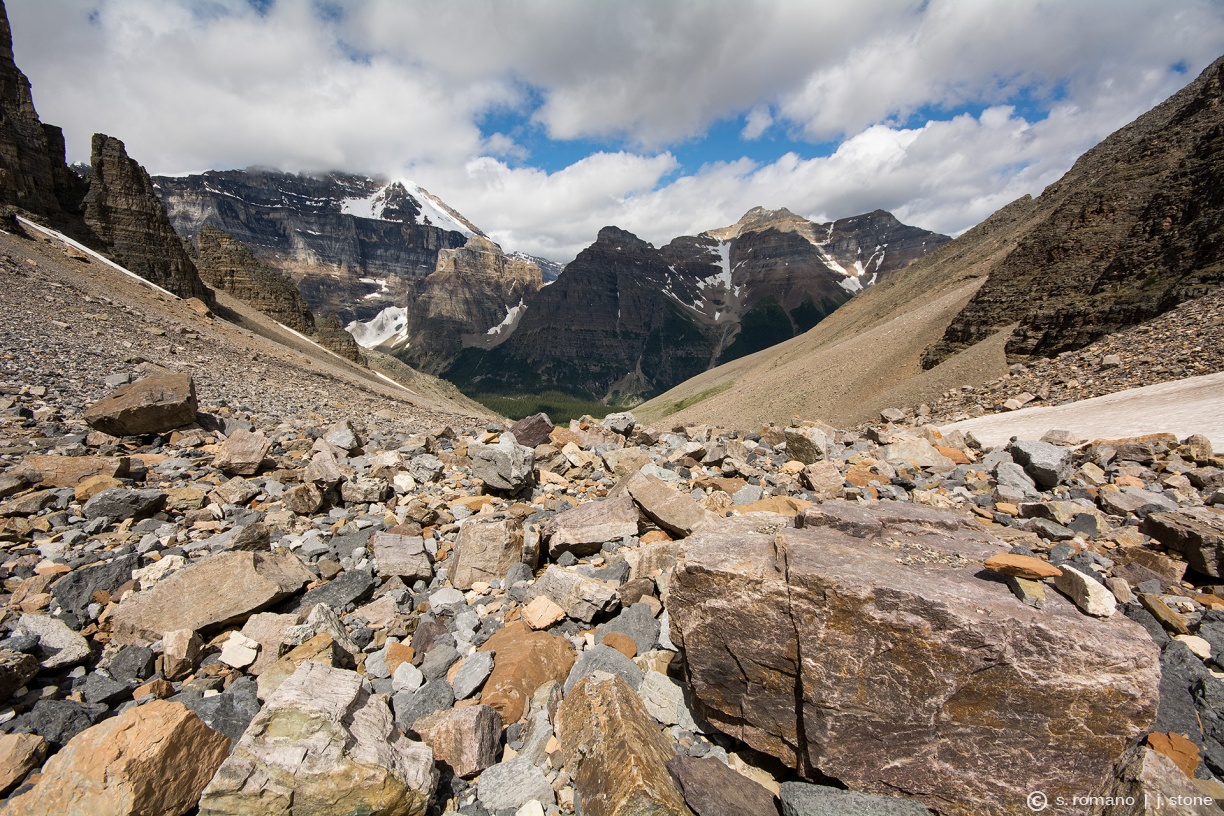 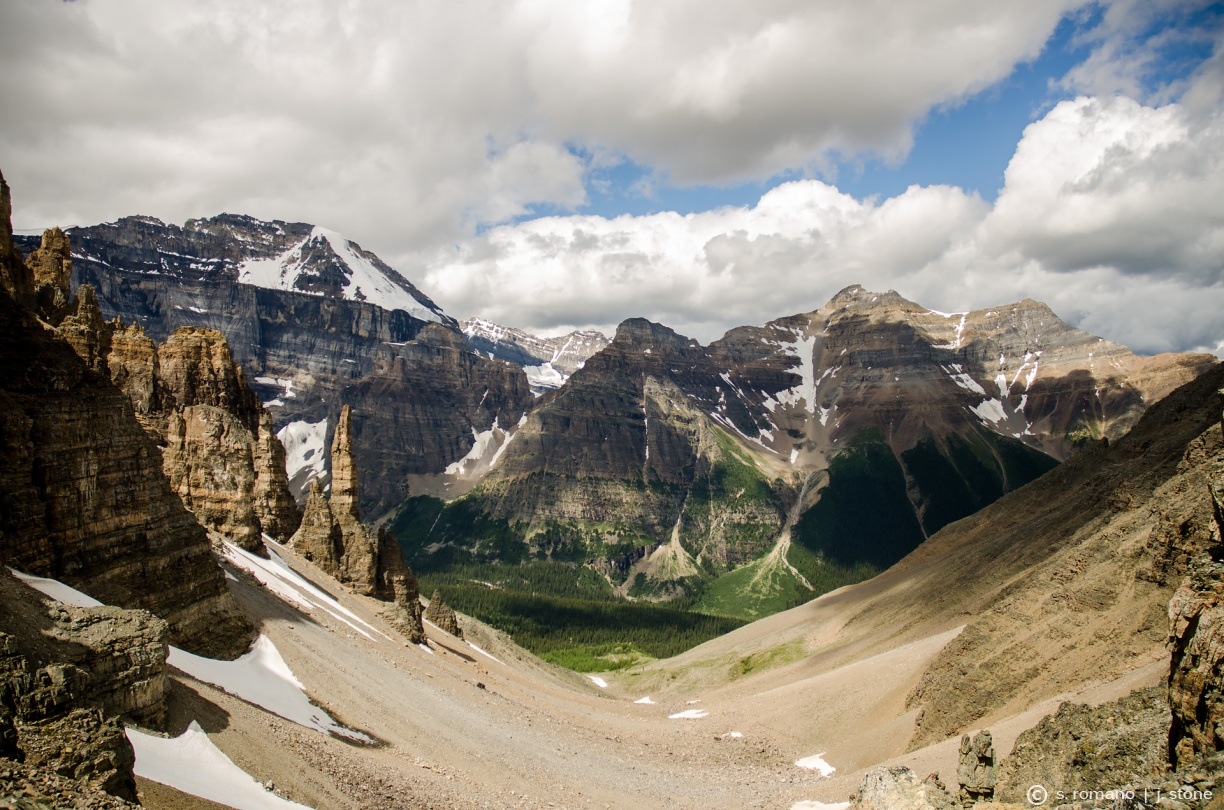 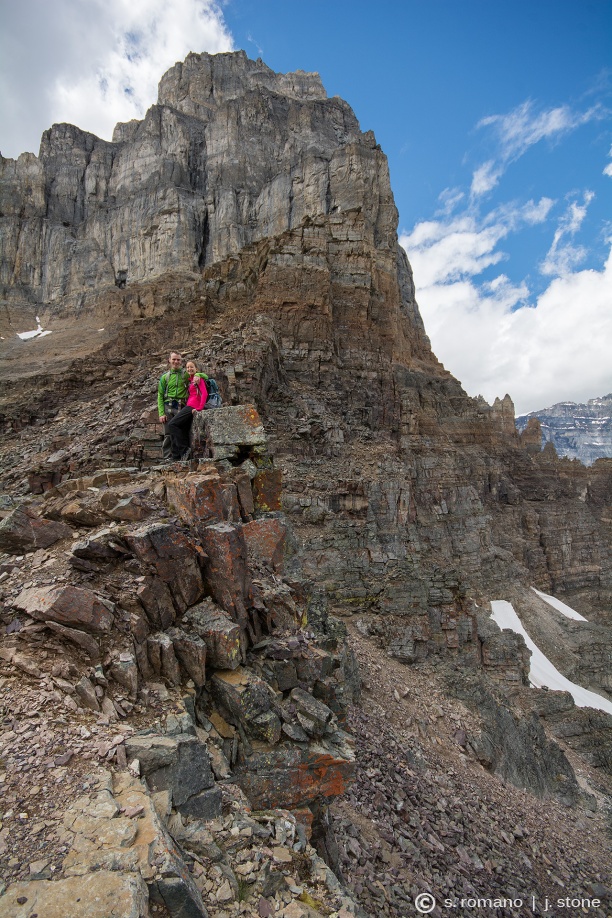 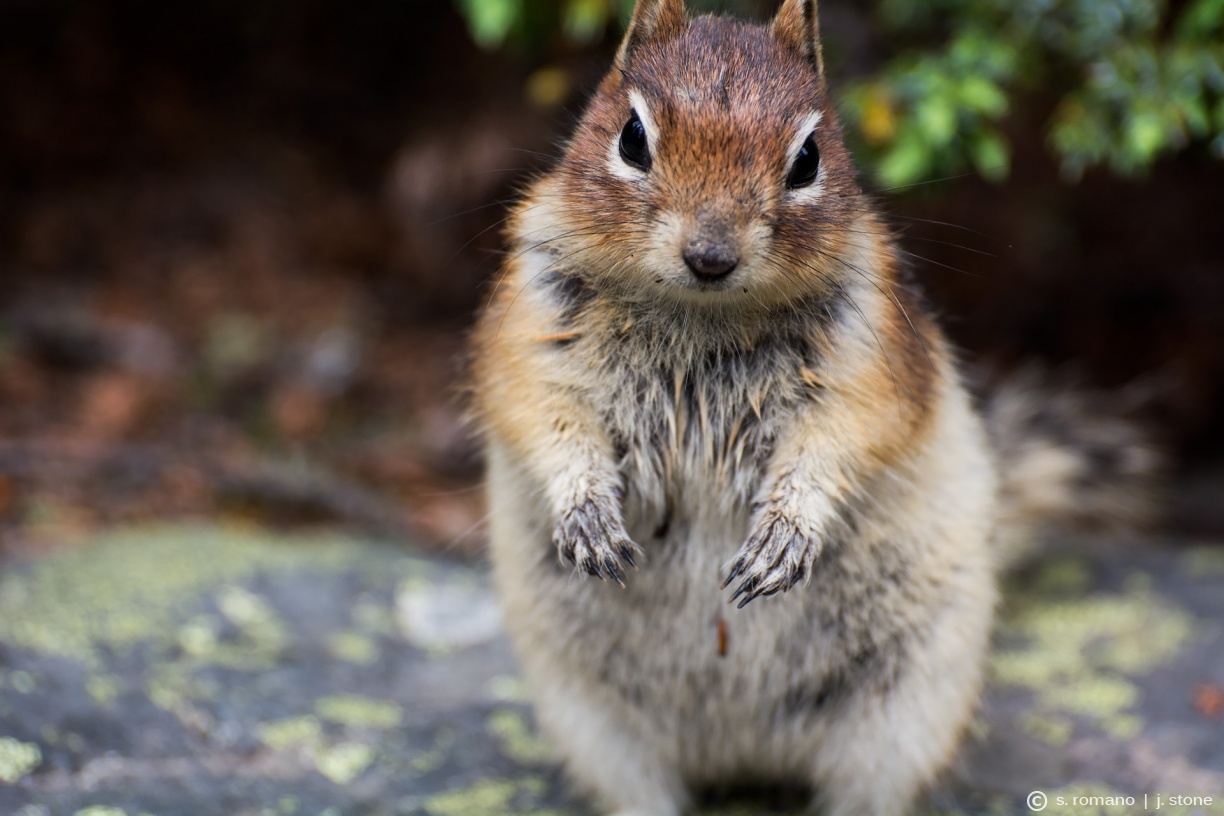 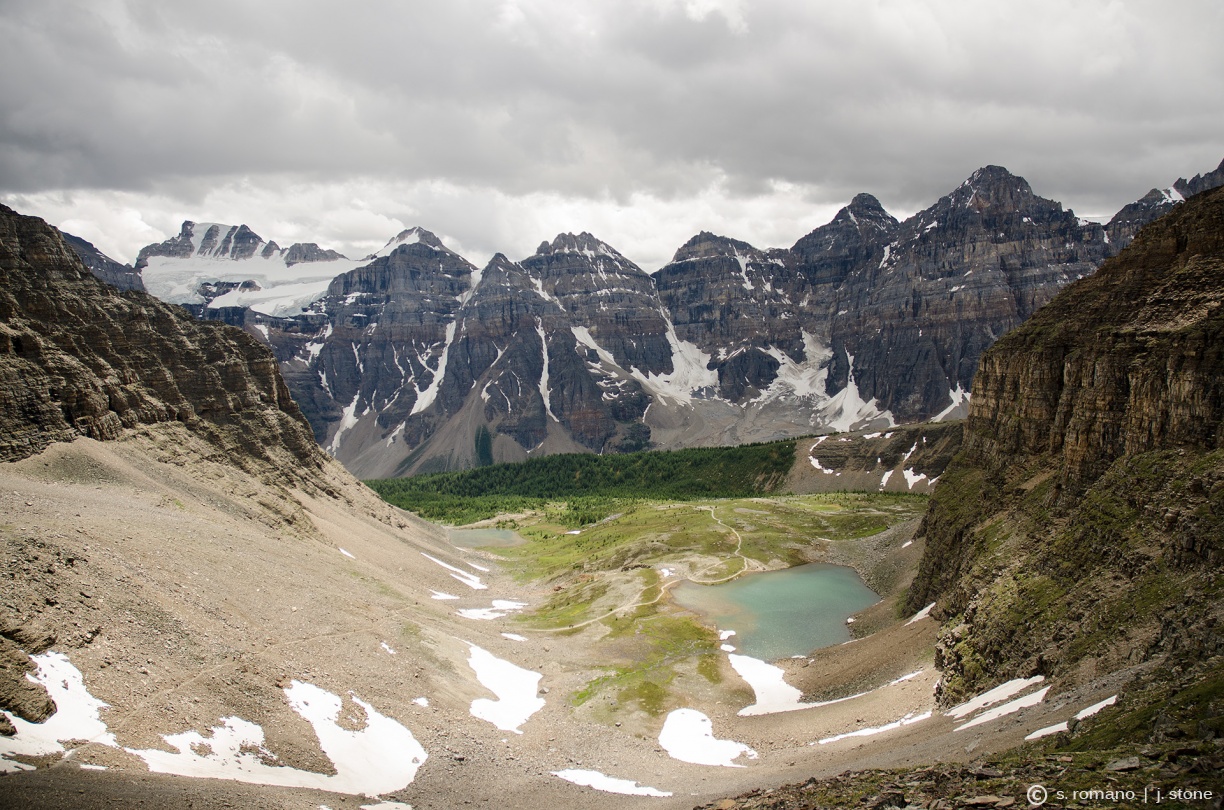 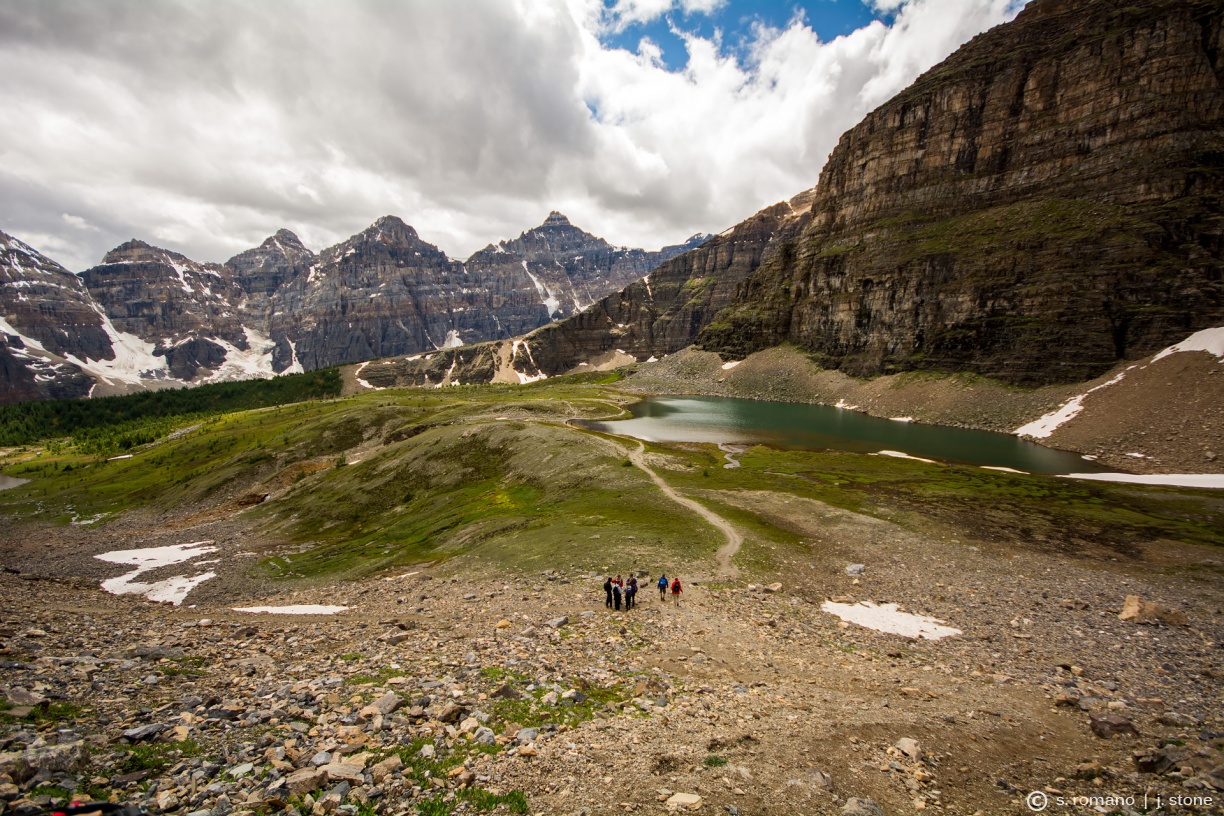 The descent down the Larch Valley trail on the other side of the pass is uncomplicated, as the trail here is a well-defined series of switchbacks. At the bottom of the pass, the trail levels off, winding around the Minnestimma Lakes and through the Larch Valley, which is bursting with wildflowers in the summer months. From here, we took in the gorgeous vistas of the Valley of the Ten Peaks before the trail then dipped abruptly downhill into the forest, ultimately descending to the shores of picturesque Moraine Lake. 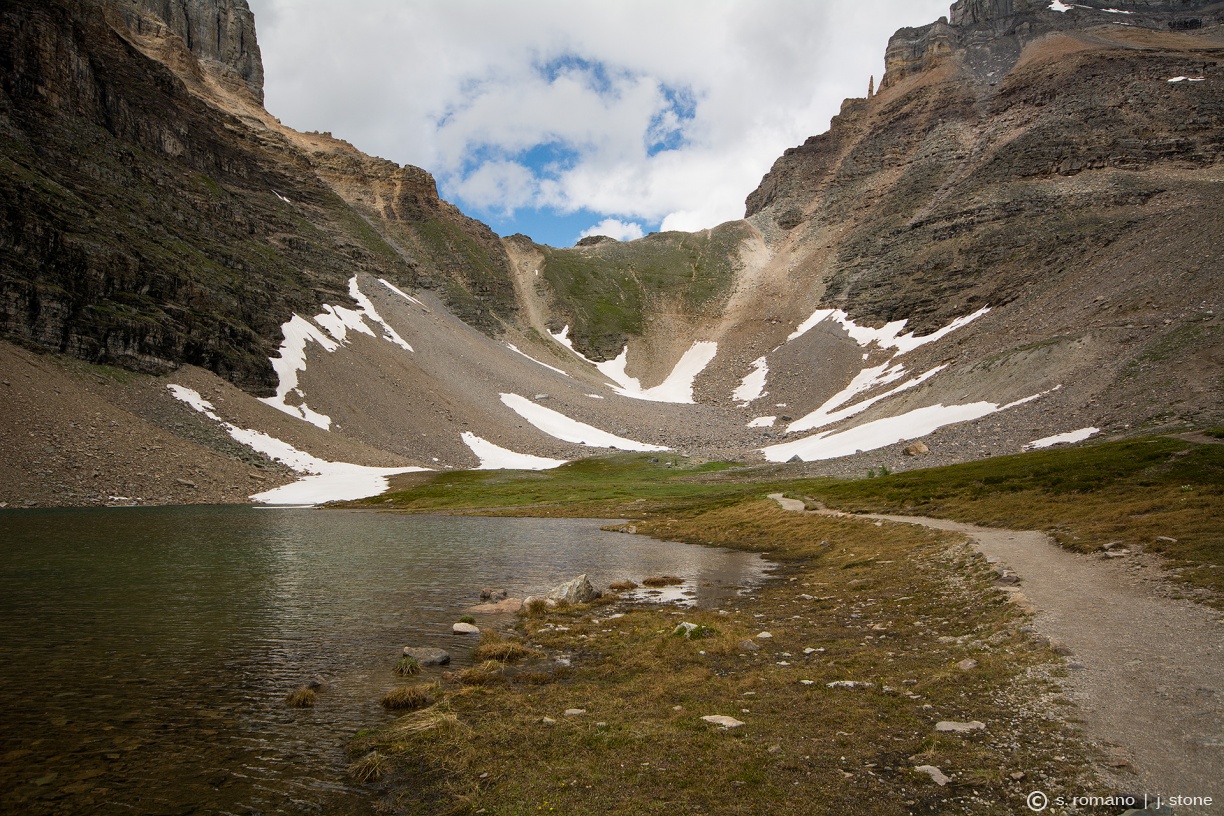 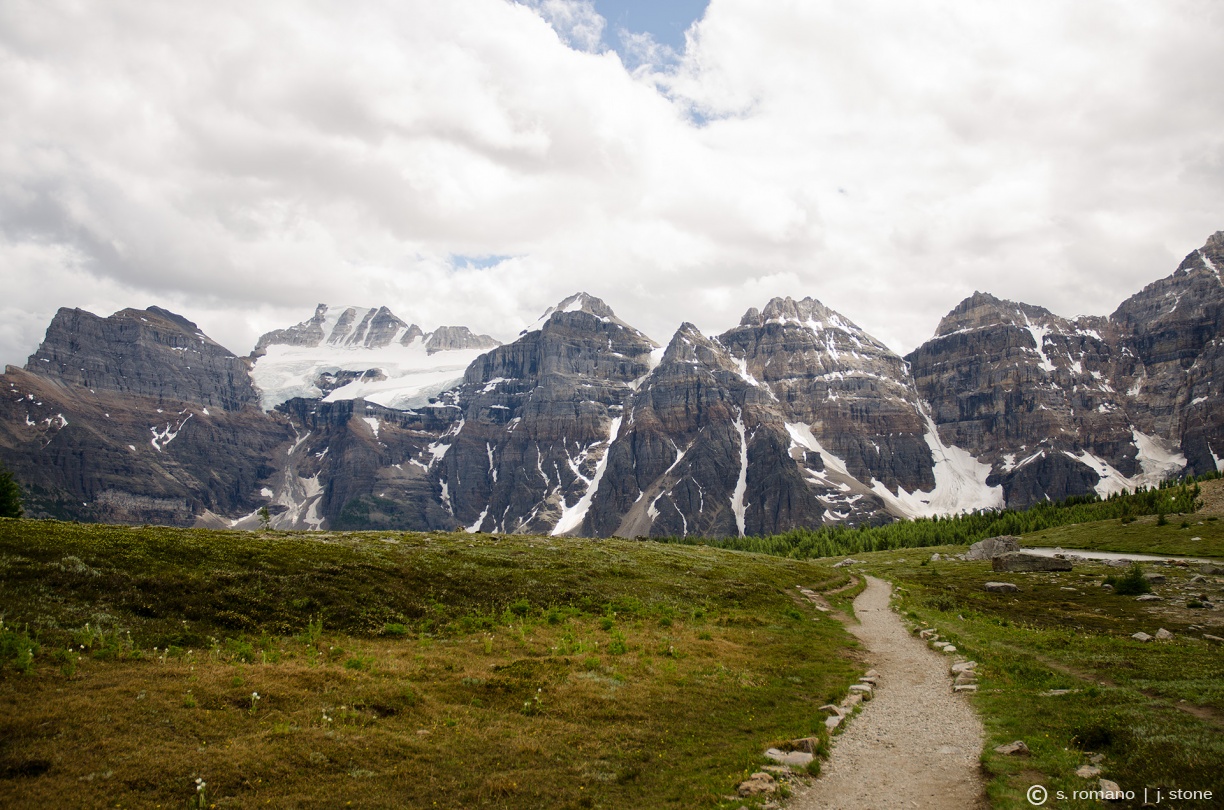 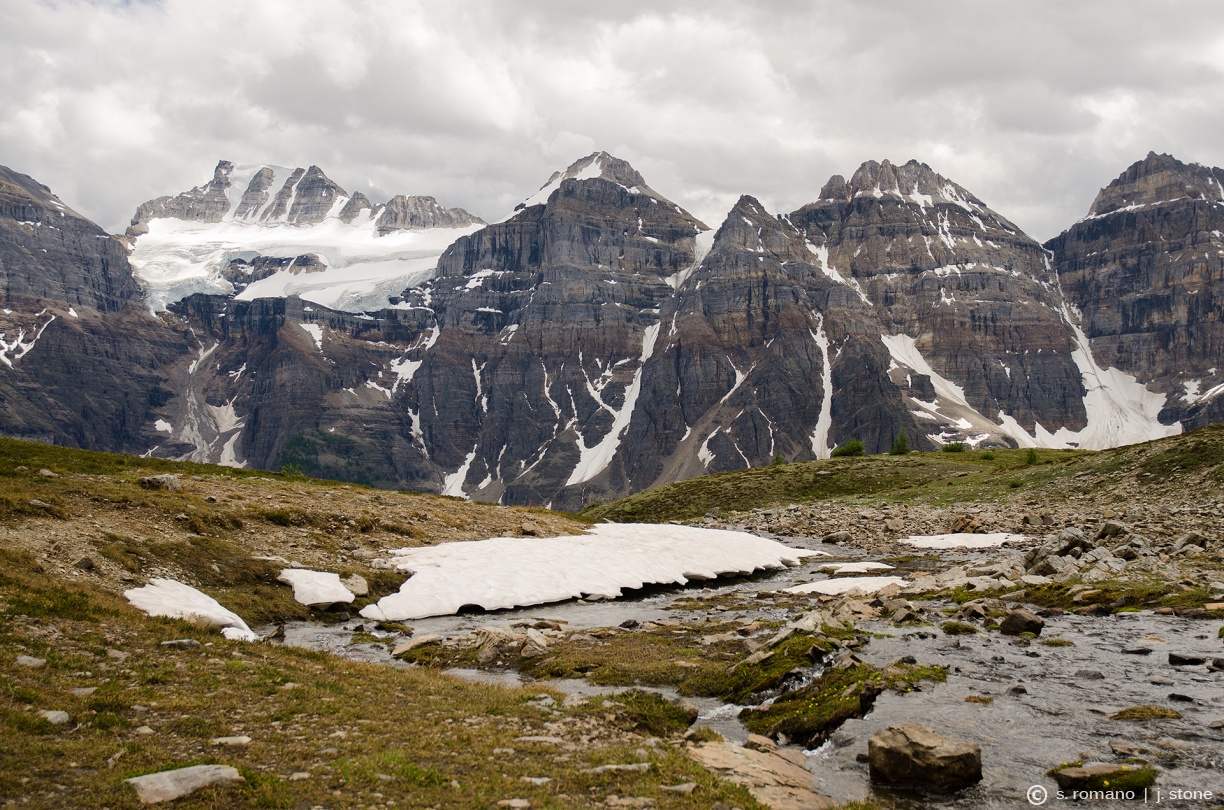 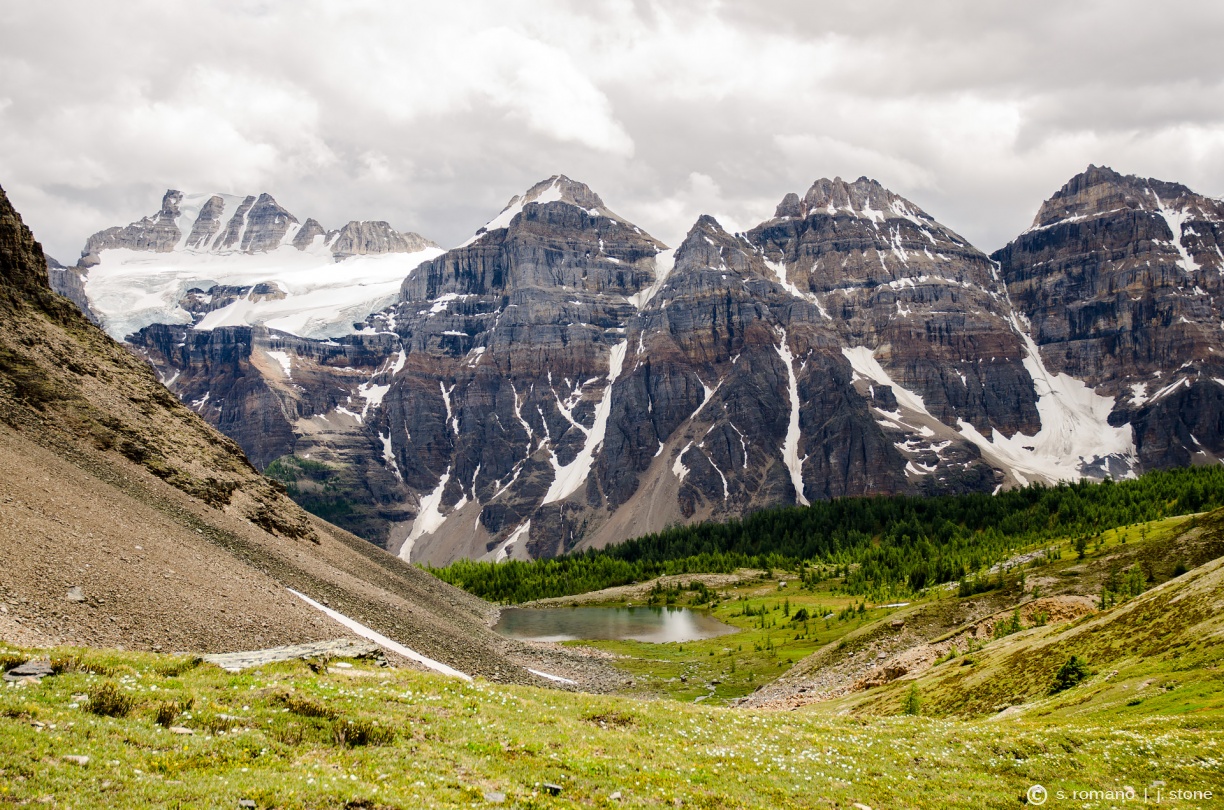 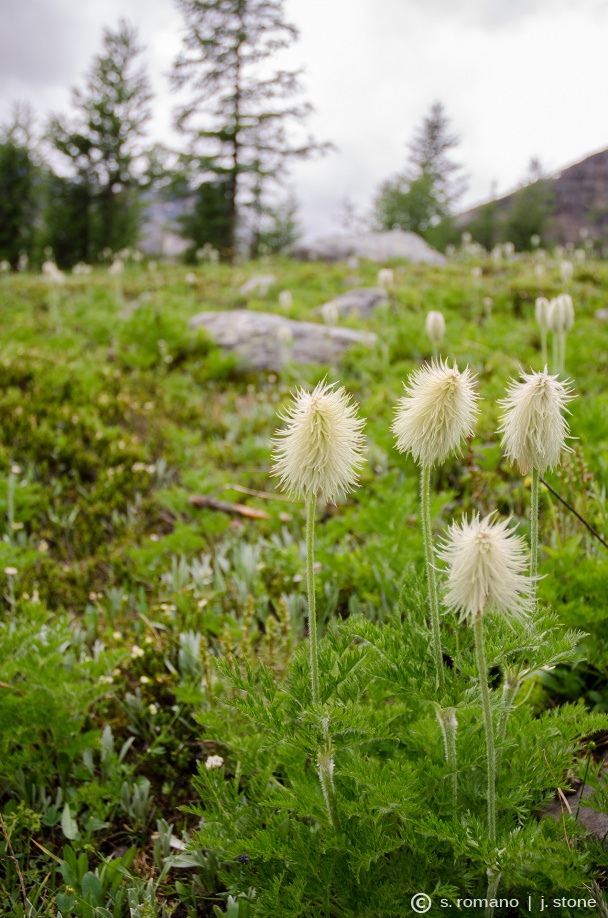 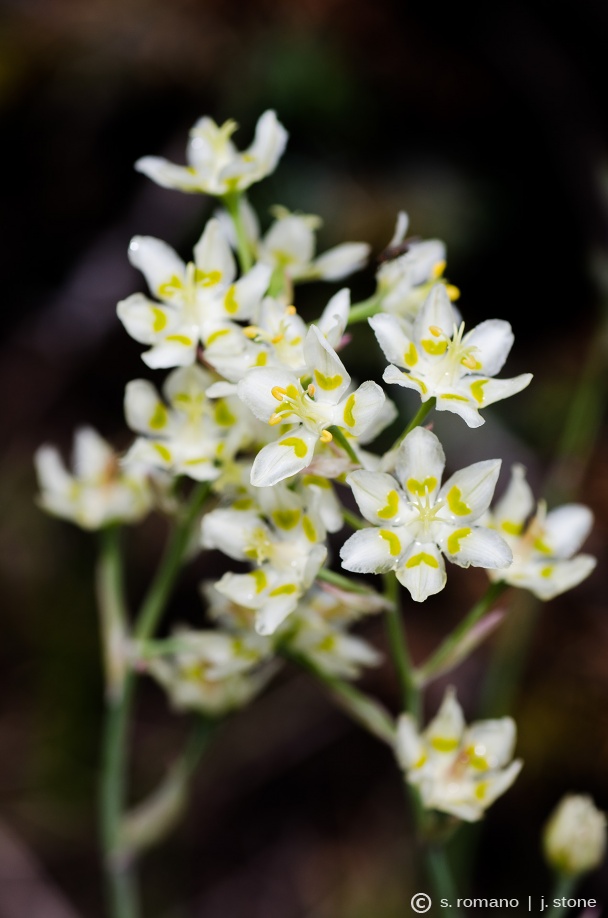 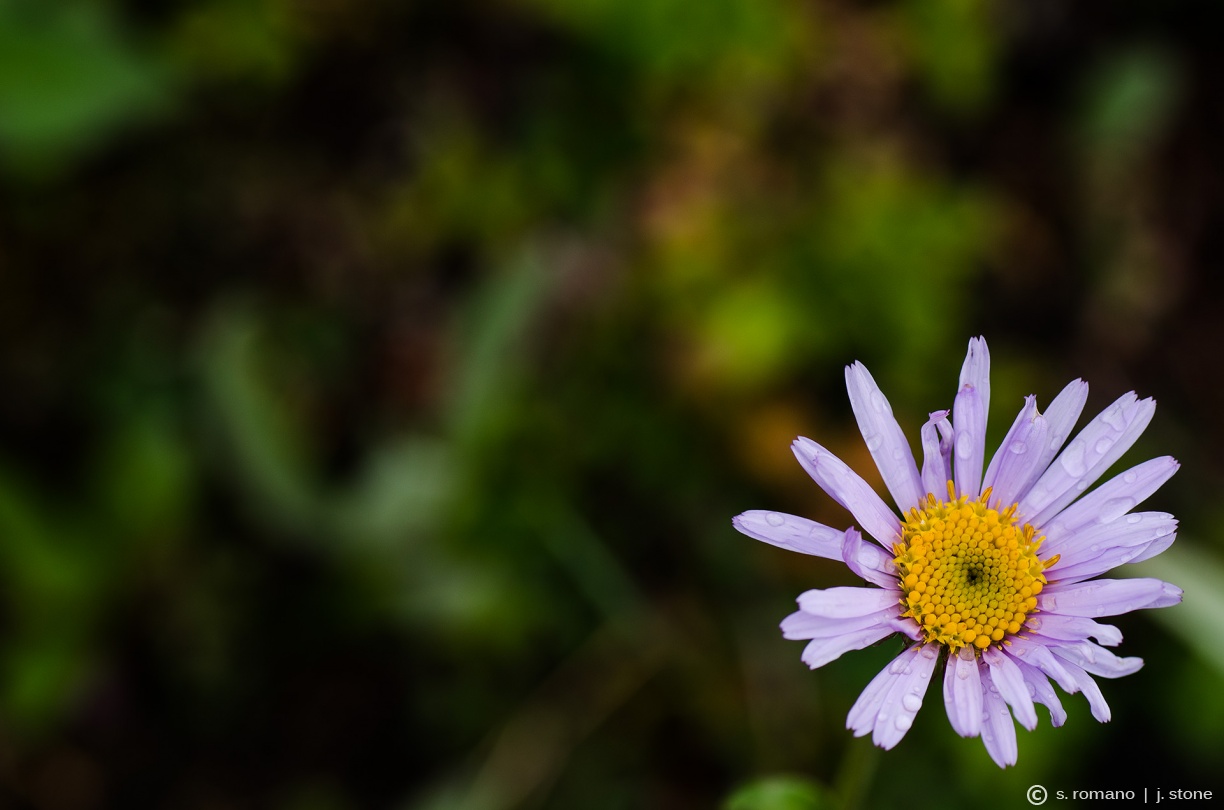 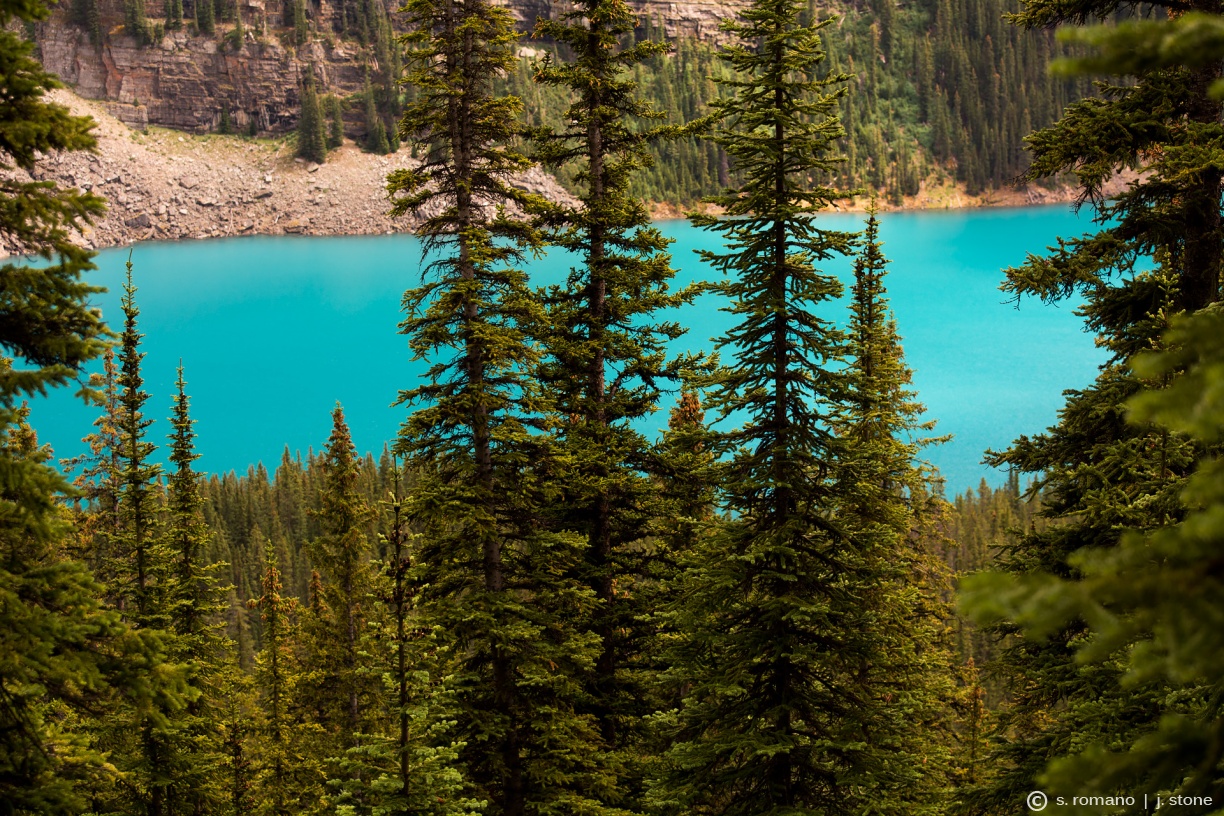 Note: Because this route ends at the Moraine Lake car park, rather than returning to the Paradise Valley trailhead, you will need to find a ride (or walk) back up Moraine Lake Road (~5 miles) to the parking lot. If you don’t have a second vehicle and don’t want to hoof it, the car park is rather busy by midday, and it’s quite easy to hitch a ride the few miles back up the street (and because Moraine Lake Rd. dead ends at the lake, everyone is returning in the direction of this hike’s starting point).