With its uniquely flat-topped summit, Table Rock Mountain is one of the Linville Gorge Wilderness Area’s most unmistakable landmarks. Hovering above the east rim of Linville Gorge, Table Rock is a short hike that can easily be paired with nearby Hawksbill Mountain. We ultimately opted to hike Hawksbill and Table Mountain on our first day in Pisgah. The weather forecast looked a bit threatening, and we didn’t want to take on a longer hike, only to get stuck atop an open summit in a storm.

Sure enough, as we descended Hawksbill Mountain just before noontime, a thick cloud bank rolled in and it immediately began to rain. Luckily, we were less than a mile from the car and avoided getting too waterlogged. Hoping the weather would clear for an afternoon hike, we drove five miles south to Table Rock Mountain. Poor Sanchez had to endure another twenty minutes of torture on zigzagging Table Rock Road, but she pulled through like a champ and was rewarded with some PB&J at the trailhead. We ate our sandwiches in the refuge of our Subaru as the rain pounded against the windshield. Luckily, by the time we finished, the showers had passed and we had clear skies for Table Rock.

The views from Table Rock were markedly similar to those from Hawksbill. Forested hillsides stretch for miles, the distant peaks blurred by the characteristic blue haze for which the mountains are named. Overall, it was a decent hike, and we enjoyed having more elevation gain than we had on Hawksbill. 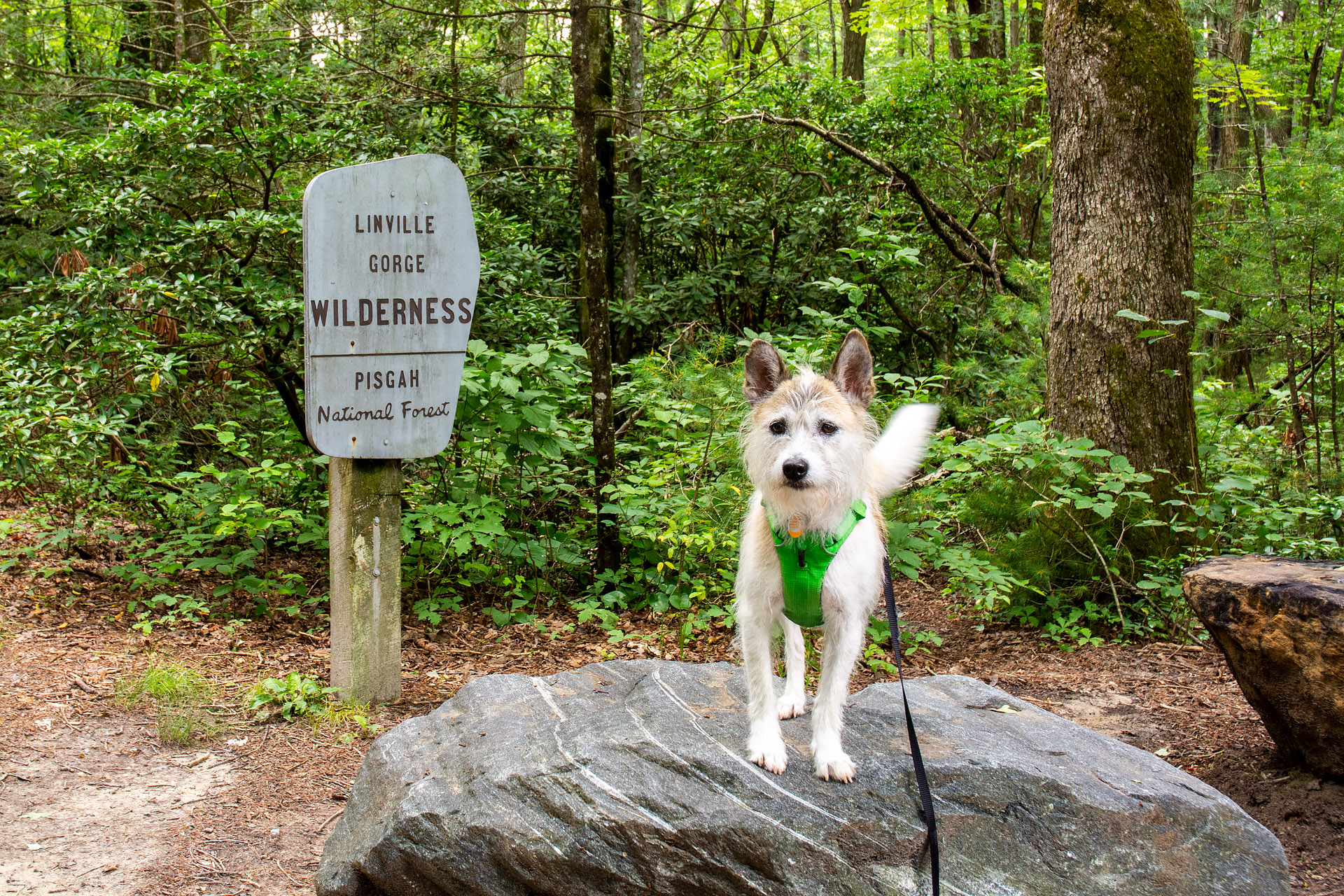 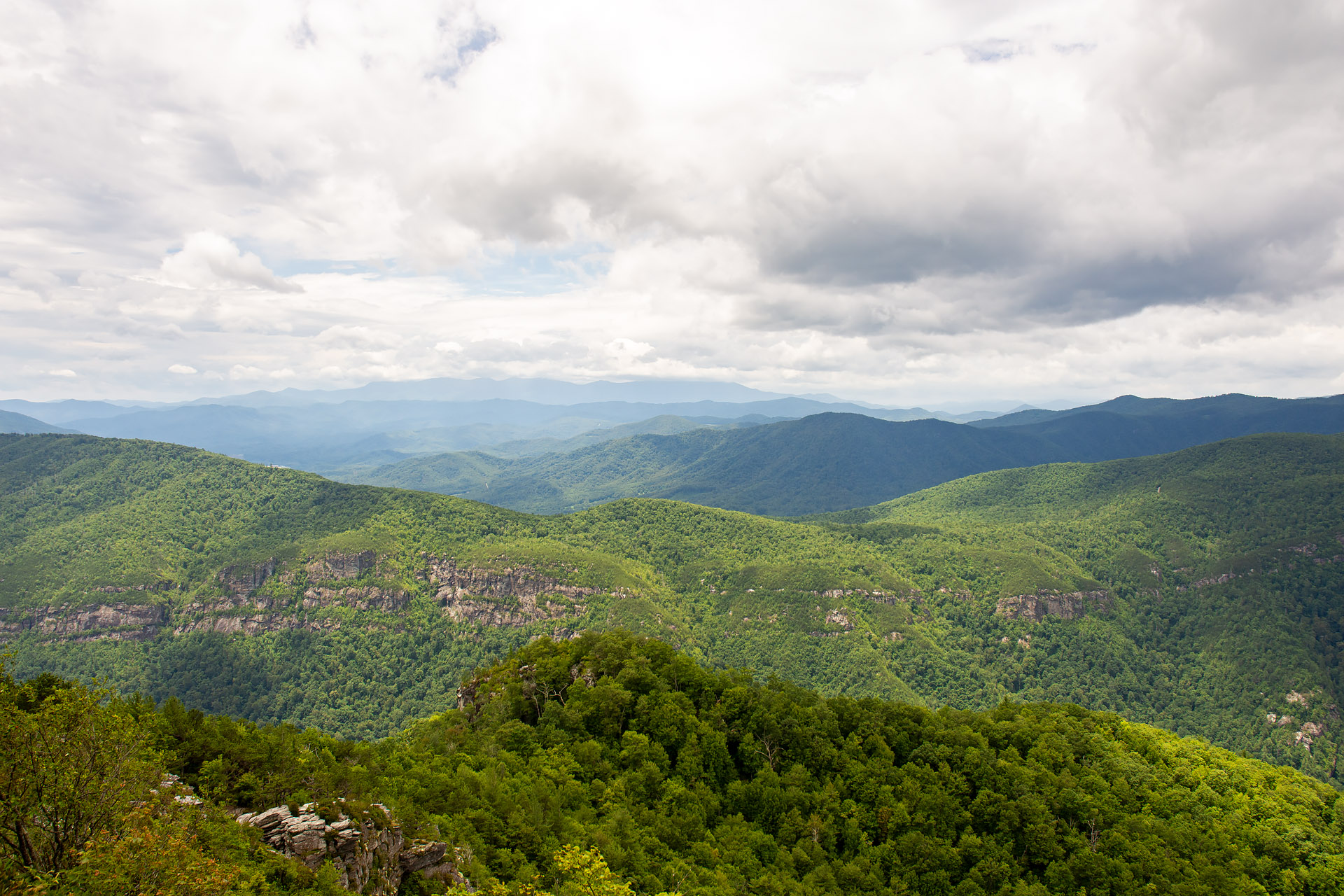 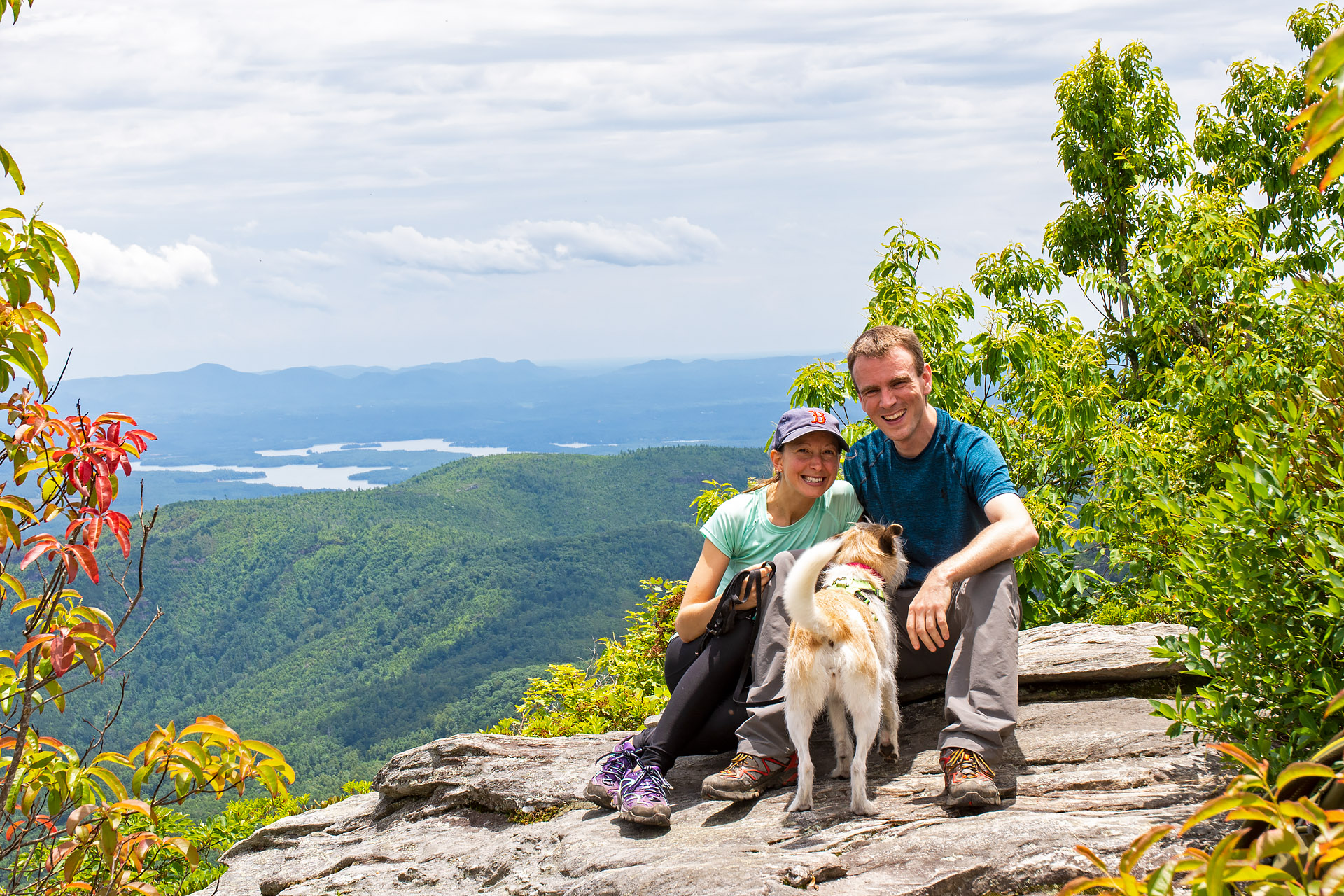 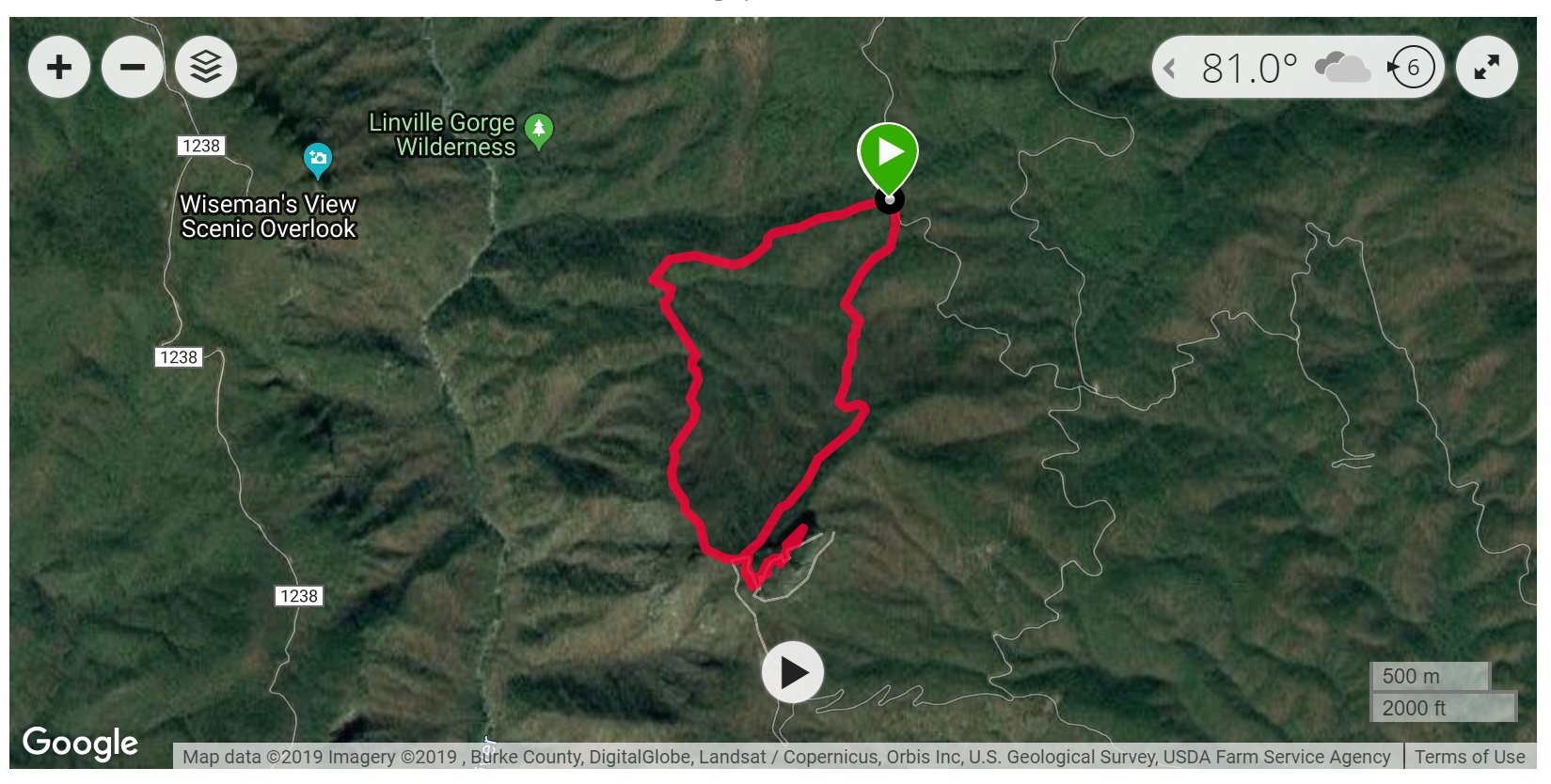 Note: If you’re hiking in the area and aren’t familiar with trail navigation, make sure to stick to trails that are well-marked. Because it’s a designated ‘wilderness area,’ many of Linville Gorge’s 39 miles of trails are not well-maintained, signed tracks. Table Rock is overall well-marked, though there were a couple sections where one could have lost the trail.