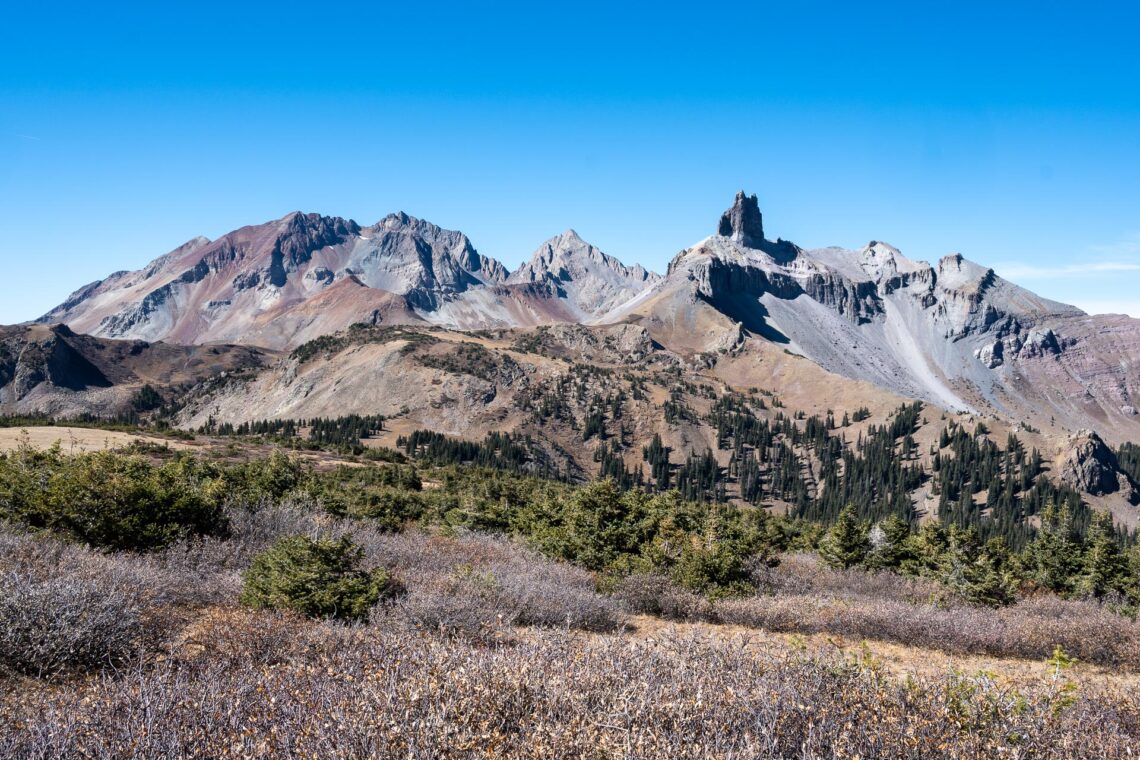 Located in the Lizard Head Wilderness, straddling the western swath of the San Juan Mountains, Lizard Head Peak is one of the area’s most recognizable summits. Standing at 13,113’ in elevation, the summit is crowned with a 500-foot-tall vertical volcanic spire that’s long been considered one of Colorado’s most difficult climbs.

While you will need considerable technical climbing expertise if attempting the chimney (the route is rating as 5.7/5.8), a non-technical trail leads up the peak, wrapping around the southwestern face just below the monolith. The path offers sweeping views of Lizard Head’s spire, framed by the neighboring Wilson Group – which includes three of Colorado’s most challenging 14ers.

Getting there & Route options

The Lizard Head Pass trailhead sits right along Highway 145 about 15 miles southwest of Telluride (labeled as ‘Lizard Head Pass Vista Overlook’ on Google Maps). If beginning from Cross Mountain (see below), that trailhead is about 2.3 miles further southwest, also directly off SH 145.

The Lizard Head Pass Trail (#505) can be combined with the Cross Mountain Trail (#637) to form a loop, which clocks in at around 12 miles. That said, in order to close out the loop, two of those miles require you to walk along Highway 145 where there’s not much of a shoulder. Alternatively, if you have two cars, you could park one at Lizard Head Pass and the other at the Cross Mountain Trailhead (two miles south) and do a one-way hike that would be just over 9 miles.

We settled on the final option, ultimately parking at the Lizard Head Pass parking lot and hiking up to Lizard Head as an out-and-back. This allowed us to take in the views along the ridgeline before the trail dipped back into the forest on the Cross Mountain route. Walking two miles along the highway just to complete a loop was not particularly appealing, even less so with Sanchez in tow.

Beginning at the Lizard Head Pass Trailhead, the path meanders gently northward through mixed conifer-aspen forest for about 1.5 miles, roughly following the contour of Highway 145. The trail then turns to the west, climbing another 2.5 miles to the highpoint of Black Face Mountain (12,147’). As it rises through the forest and up to the ridge, the trail steepens suddenly, gaining about 2,000 vertical feet in just over two miles. From the open ridge and Black Face’s summit, the views are sweeping, with Lizard Head and the serrated summits of the Wilson Group rising to the west. 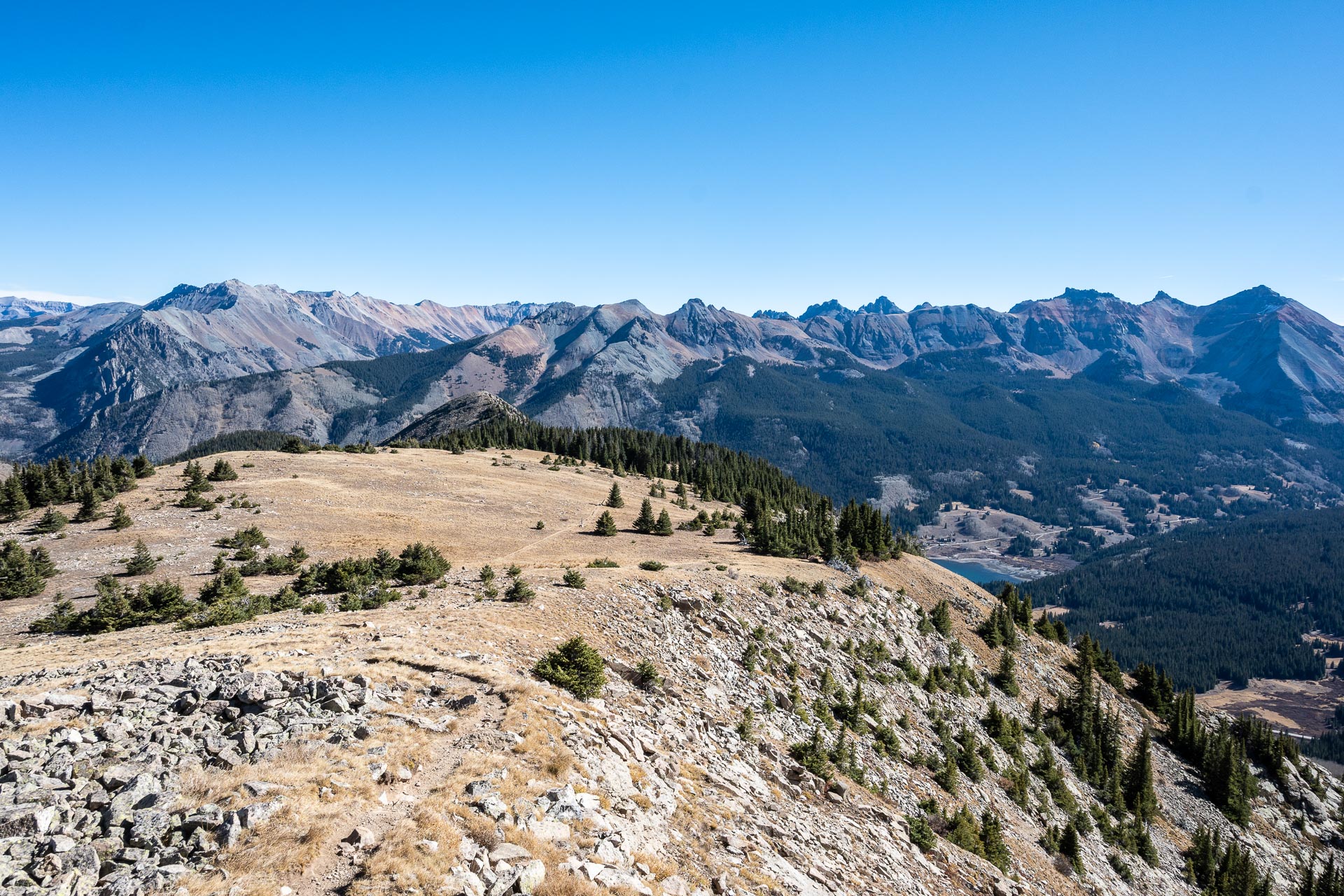 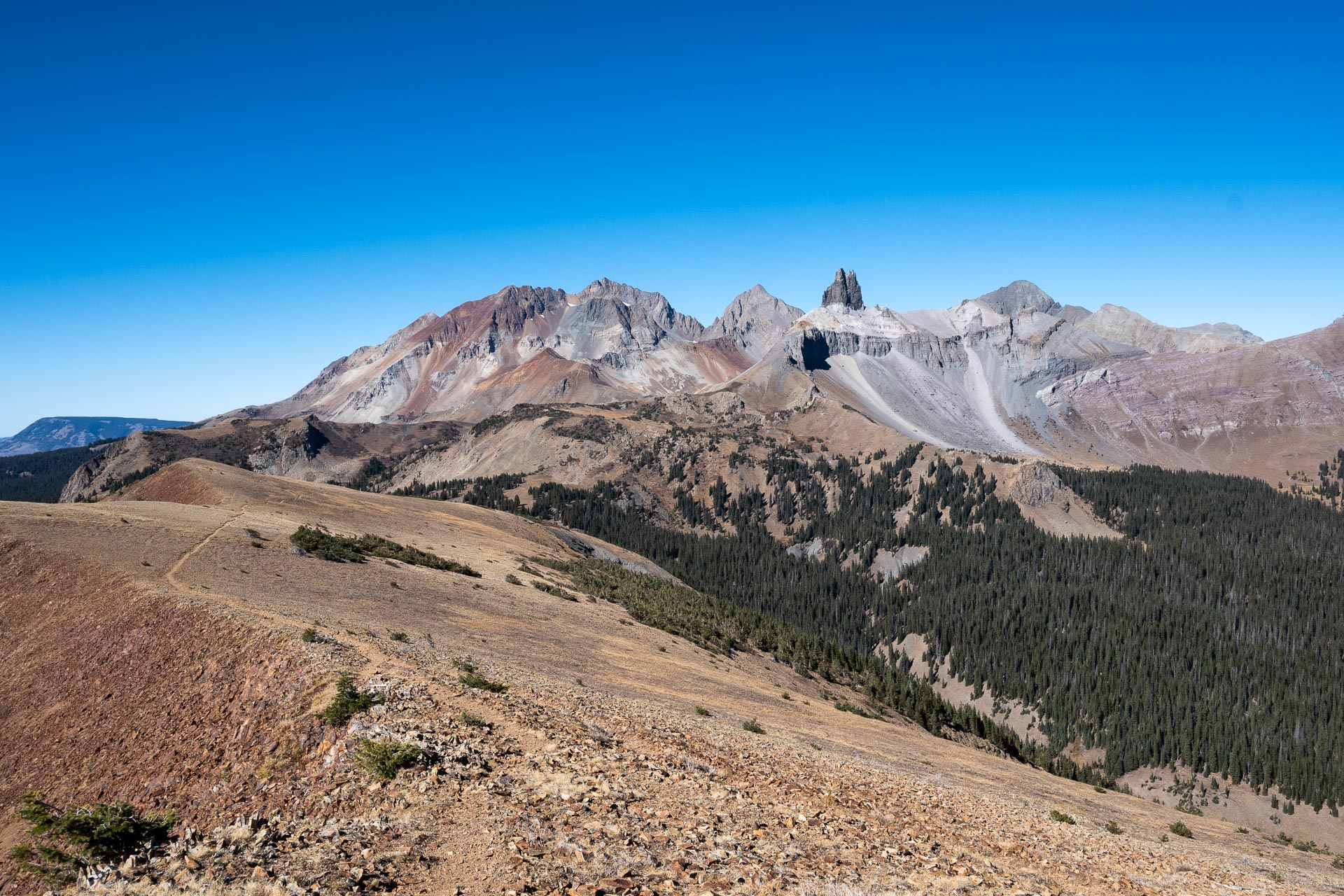 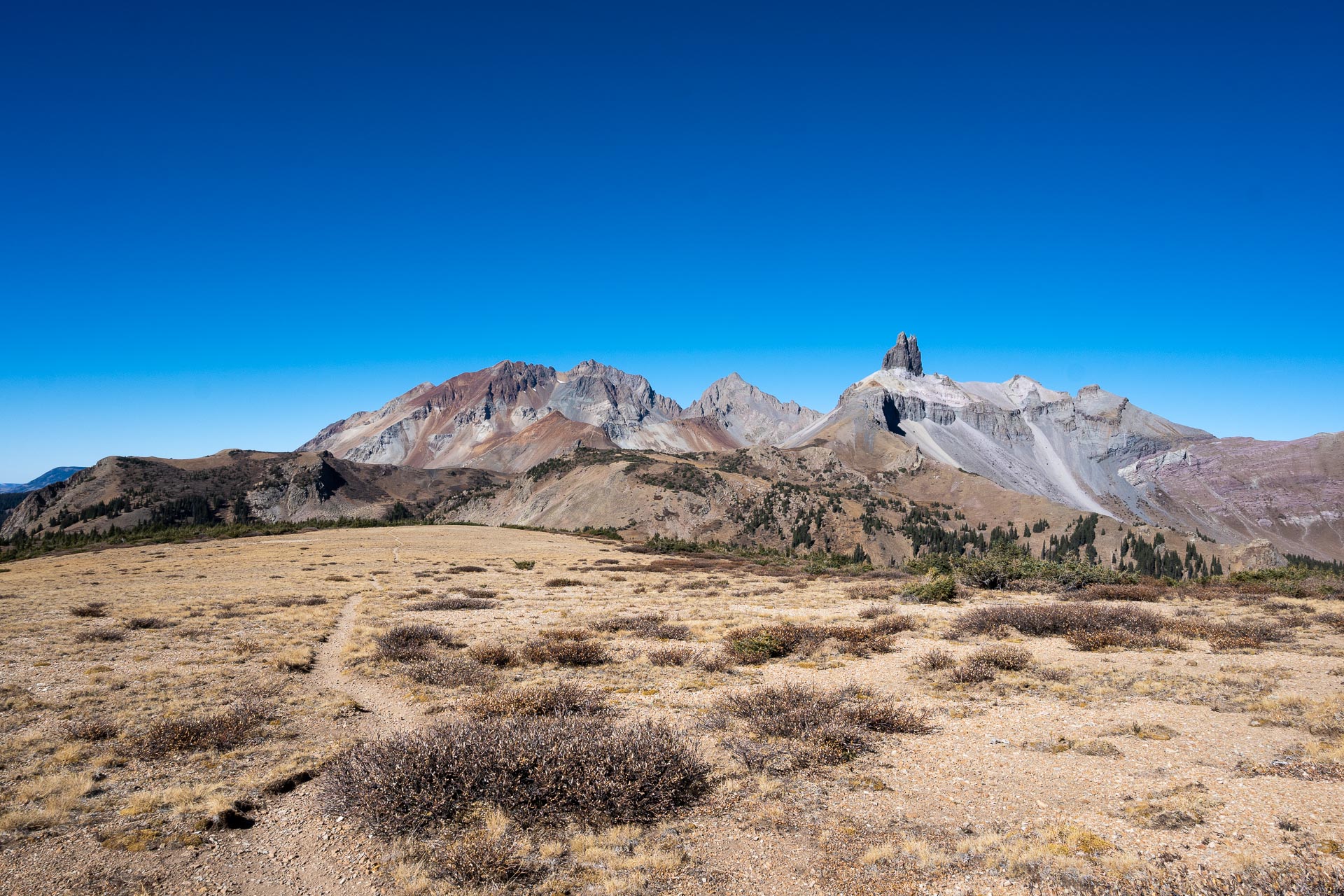 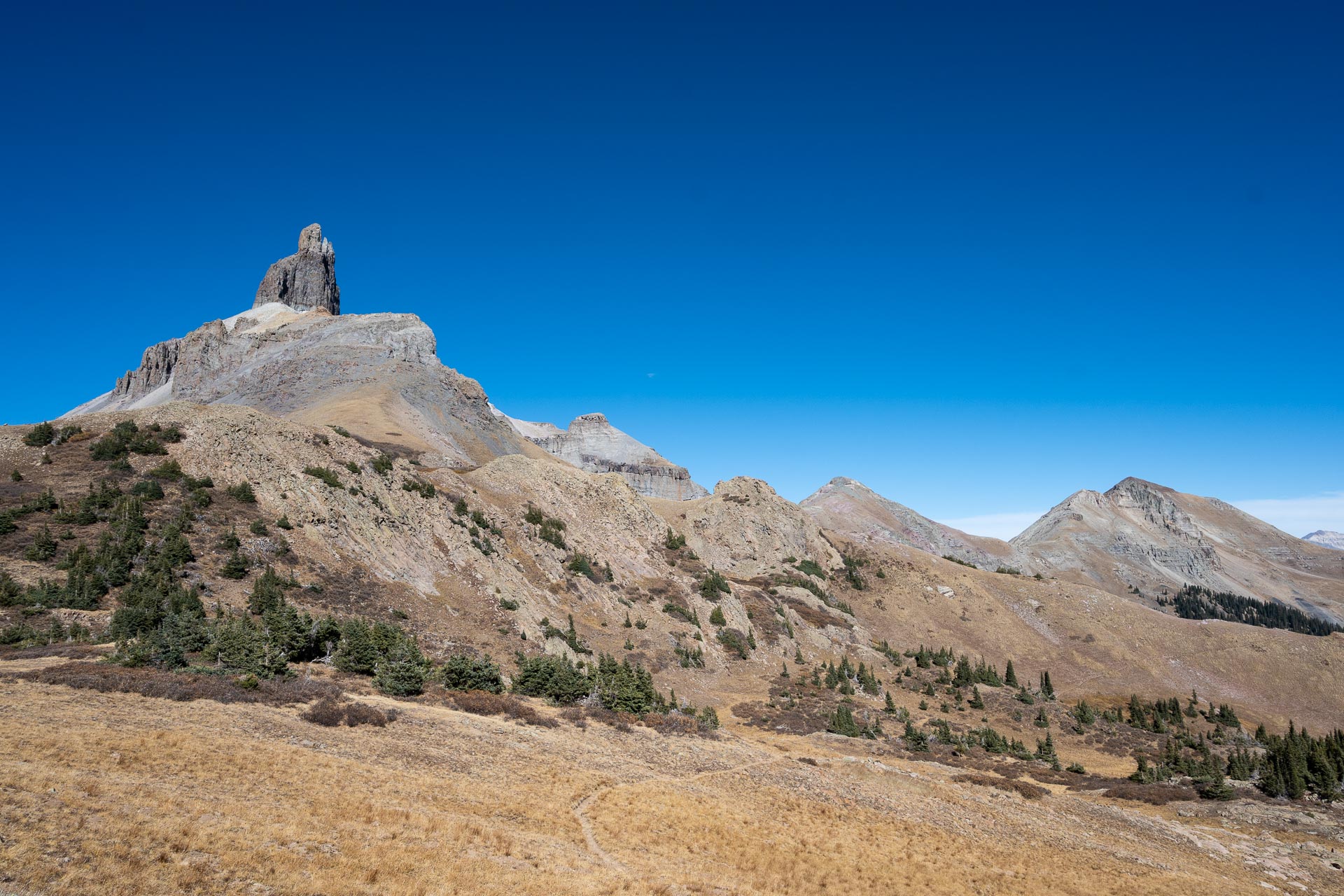 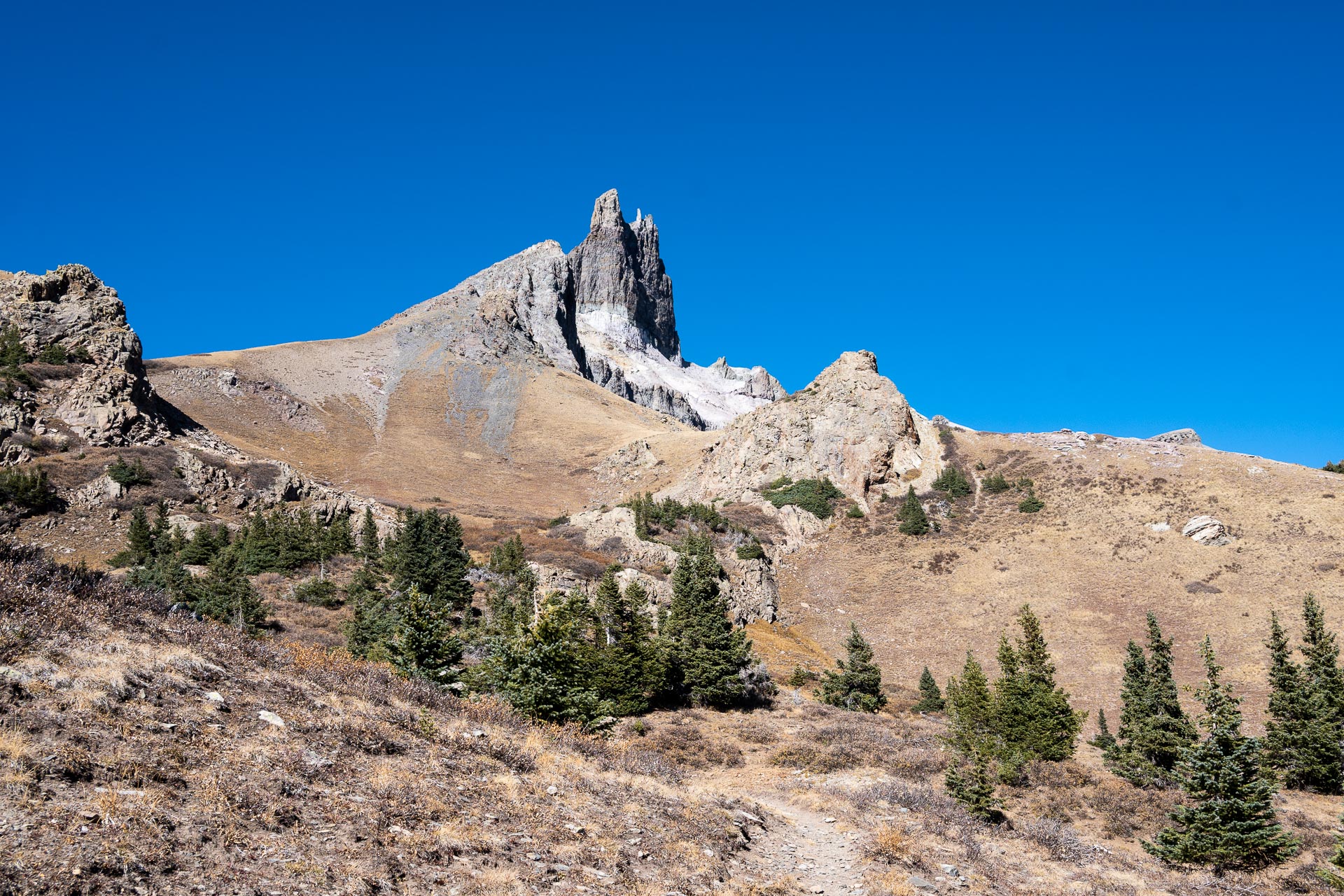 From the peak’s highpoint, the trail dips back down into a small forest, then traverses a stretch of alpine meadows before rising again near the base of Lizard Head’s iconic spire. The trail tops out here for a second time at around 12,100 feet. Winding along a narrow ridge around the southwest foot of Lizard Head, the trail overlooks Mt. Wilson before joining with the Cross Mountain Trail (about 3 miles from Black Face Mountain). 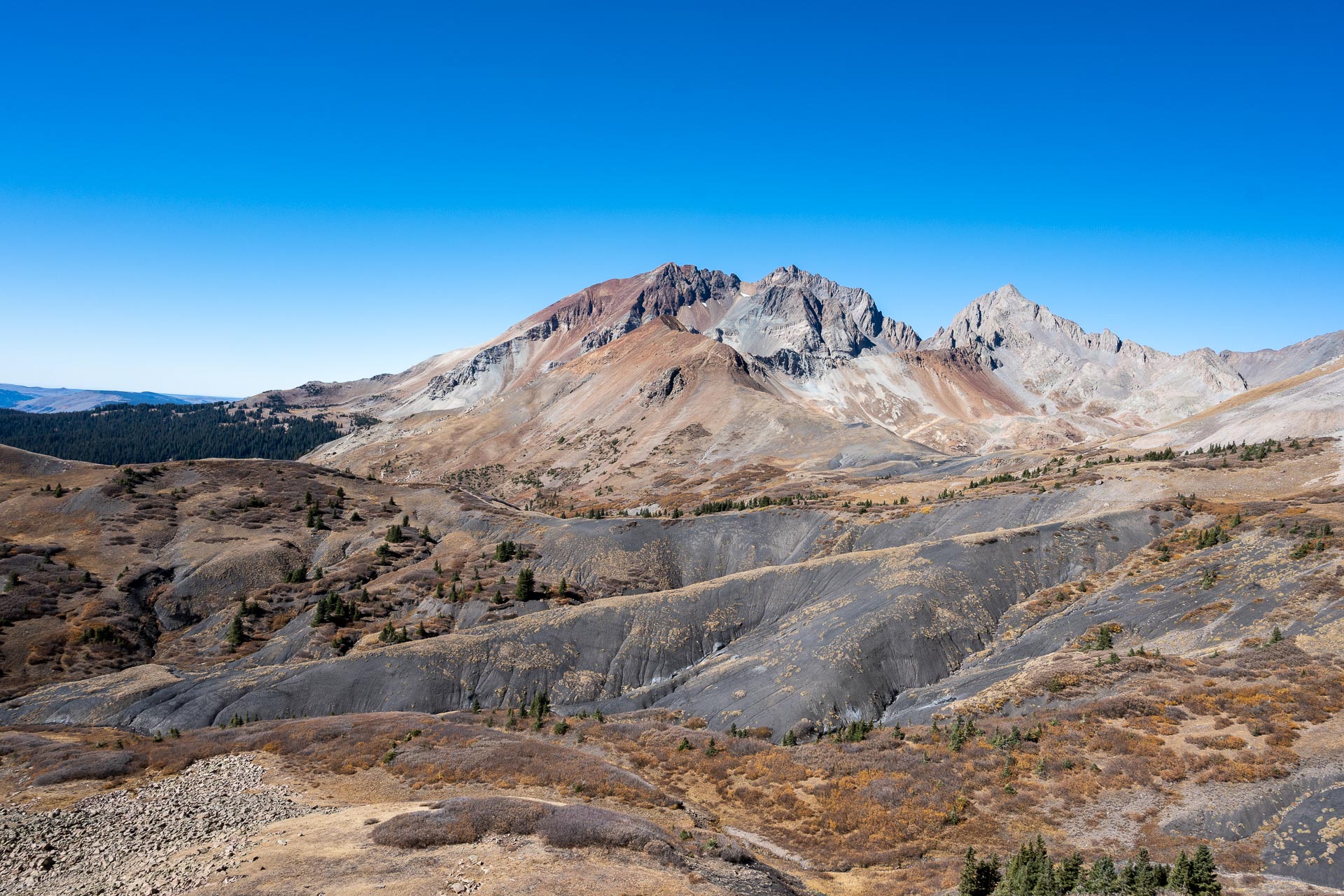 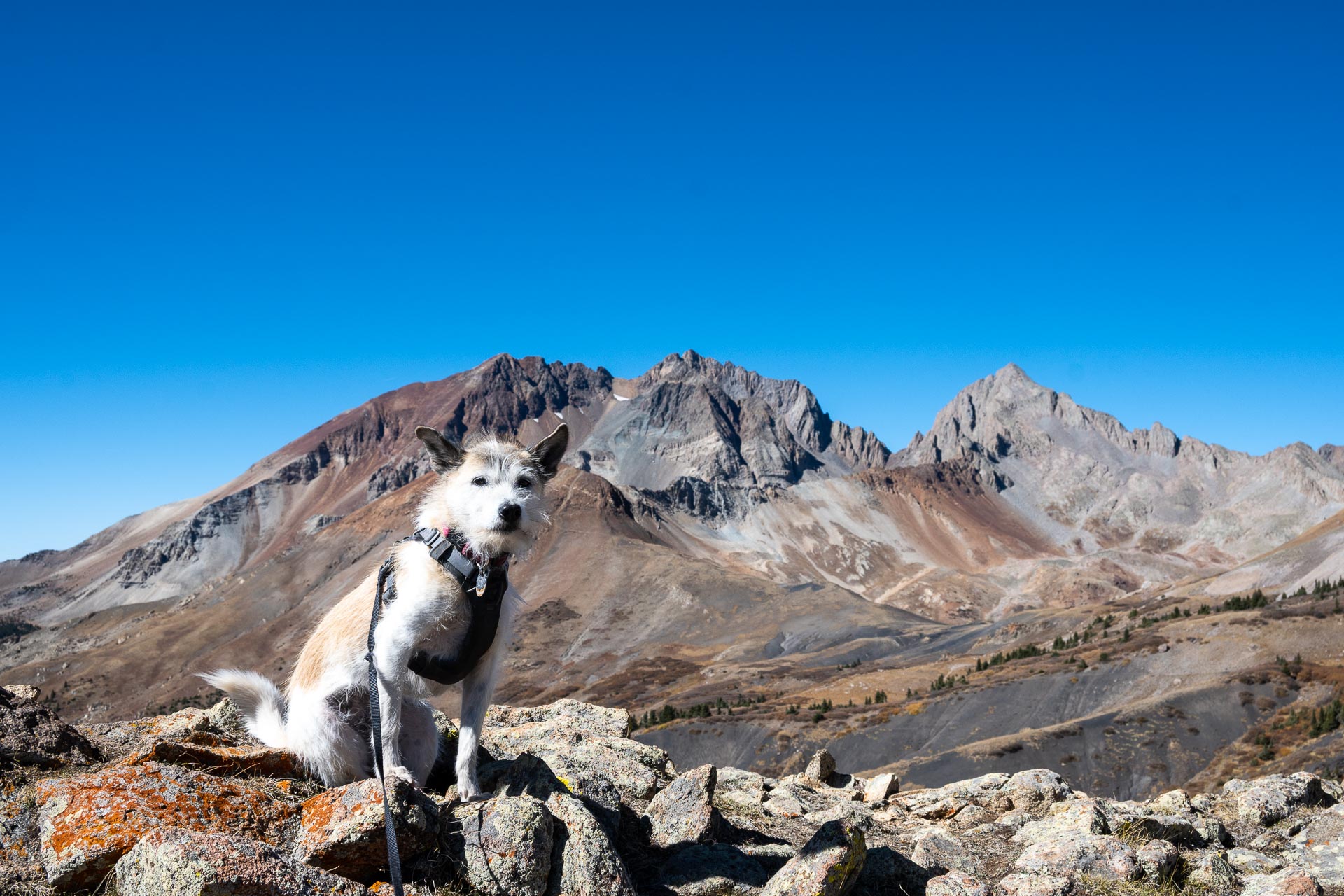 We enjoyed a quick lunch along the wind-swept ridge before turning back toward the trailhead. With the sun now at our backs as we headed east, the surrounding peaks were aglow in the afternoon light. To the north of Black Face, we could see Wilson Creek coiling beneath Sunshine Mountain’s prominent peak. To the east, the crests of the Pilot Knob Group – Pilot Knob (13,738’), Golden Horn (13,780’), and Vermillion Peak (13,894’) – provided some dramatic scenery. 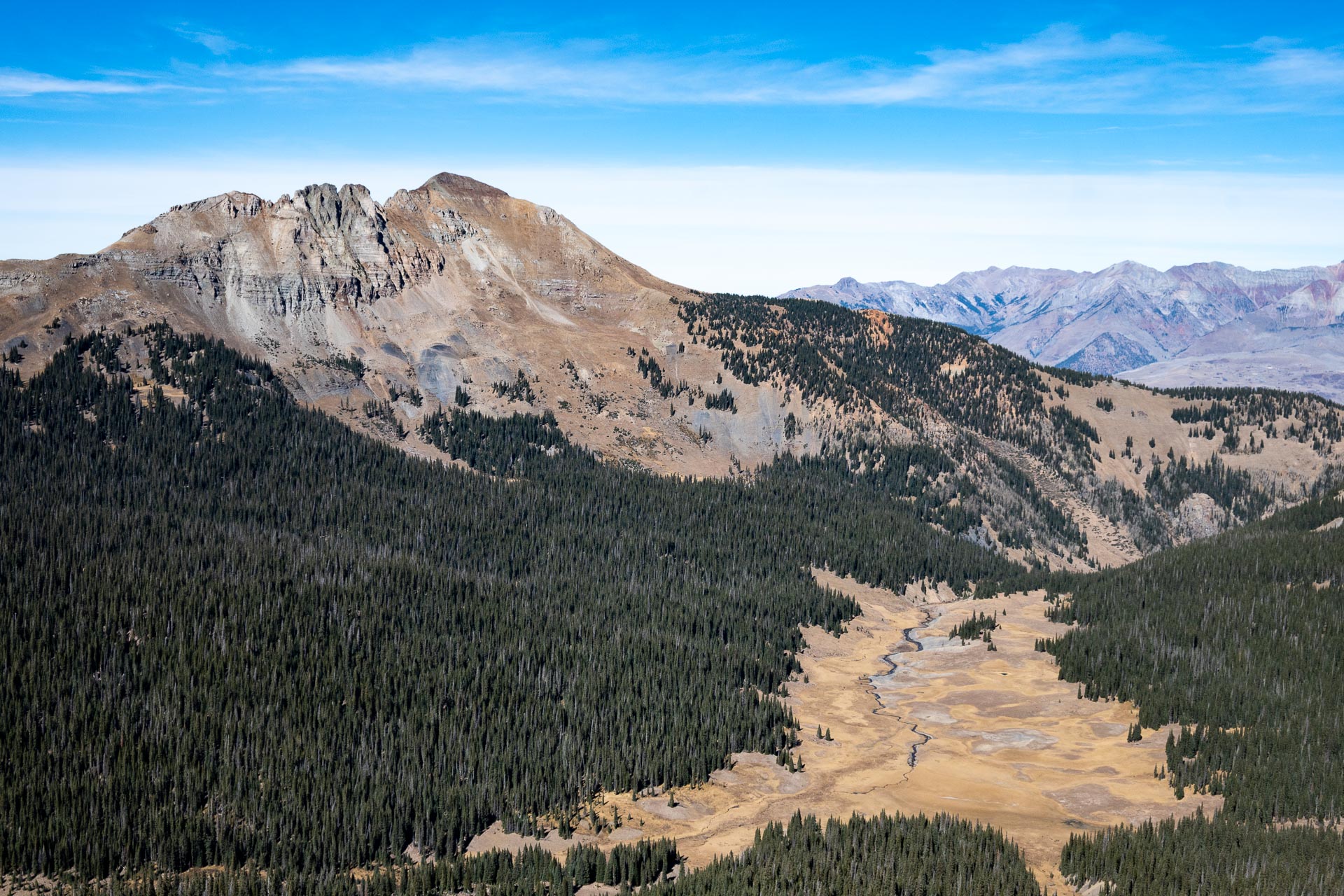 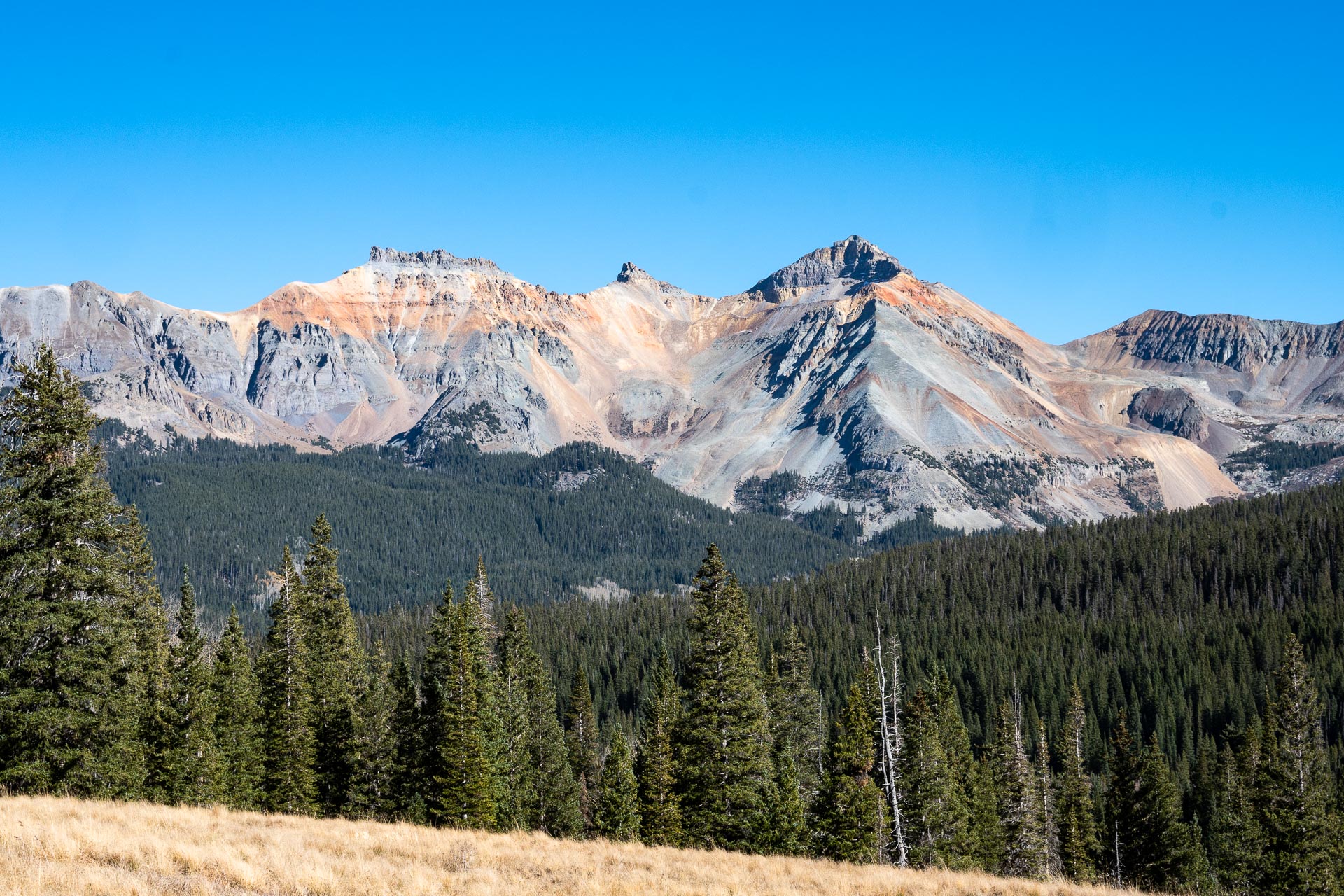 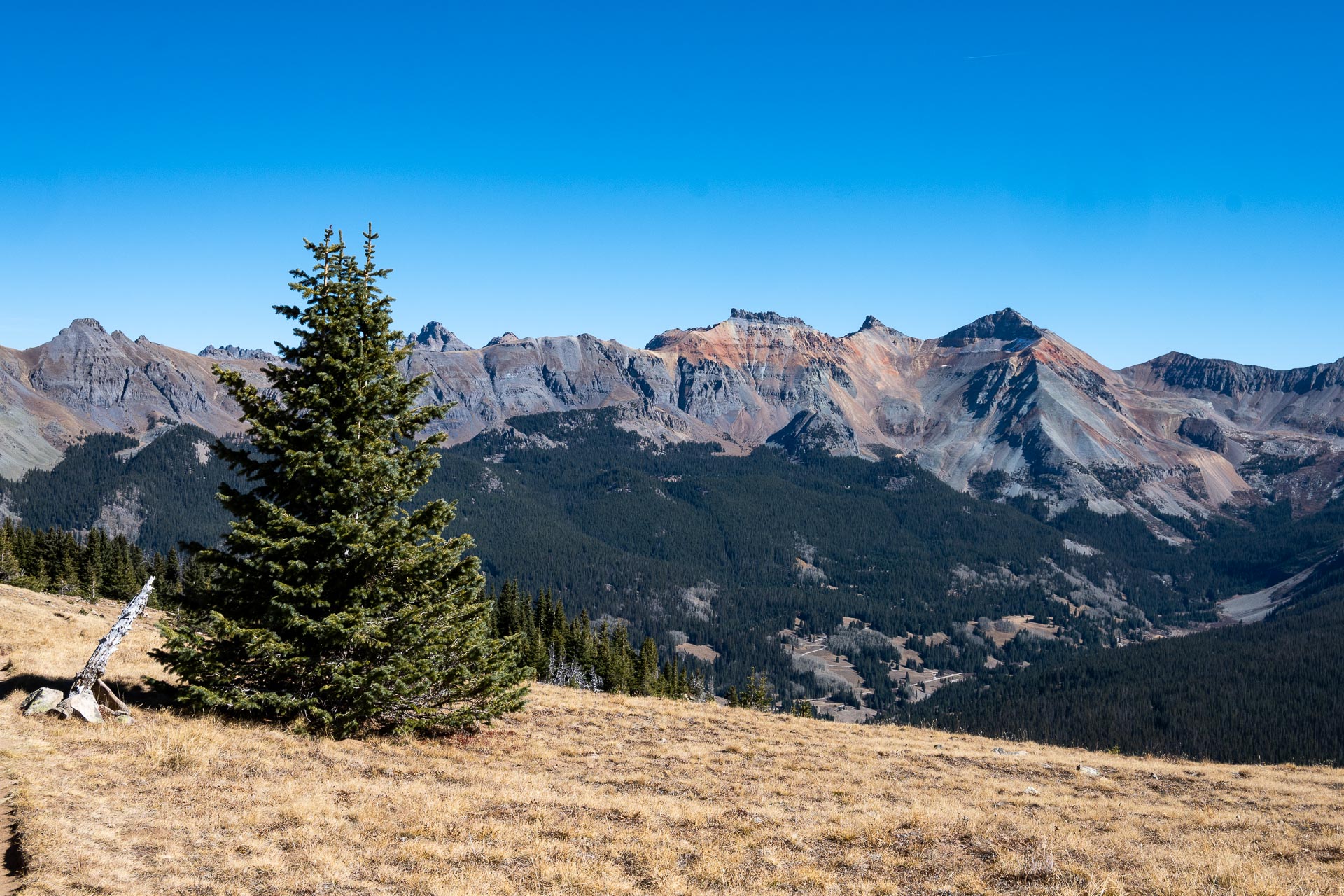 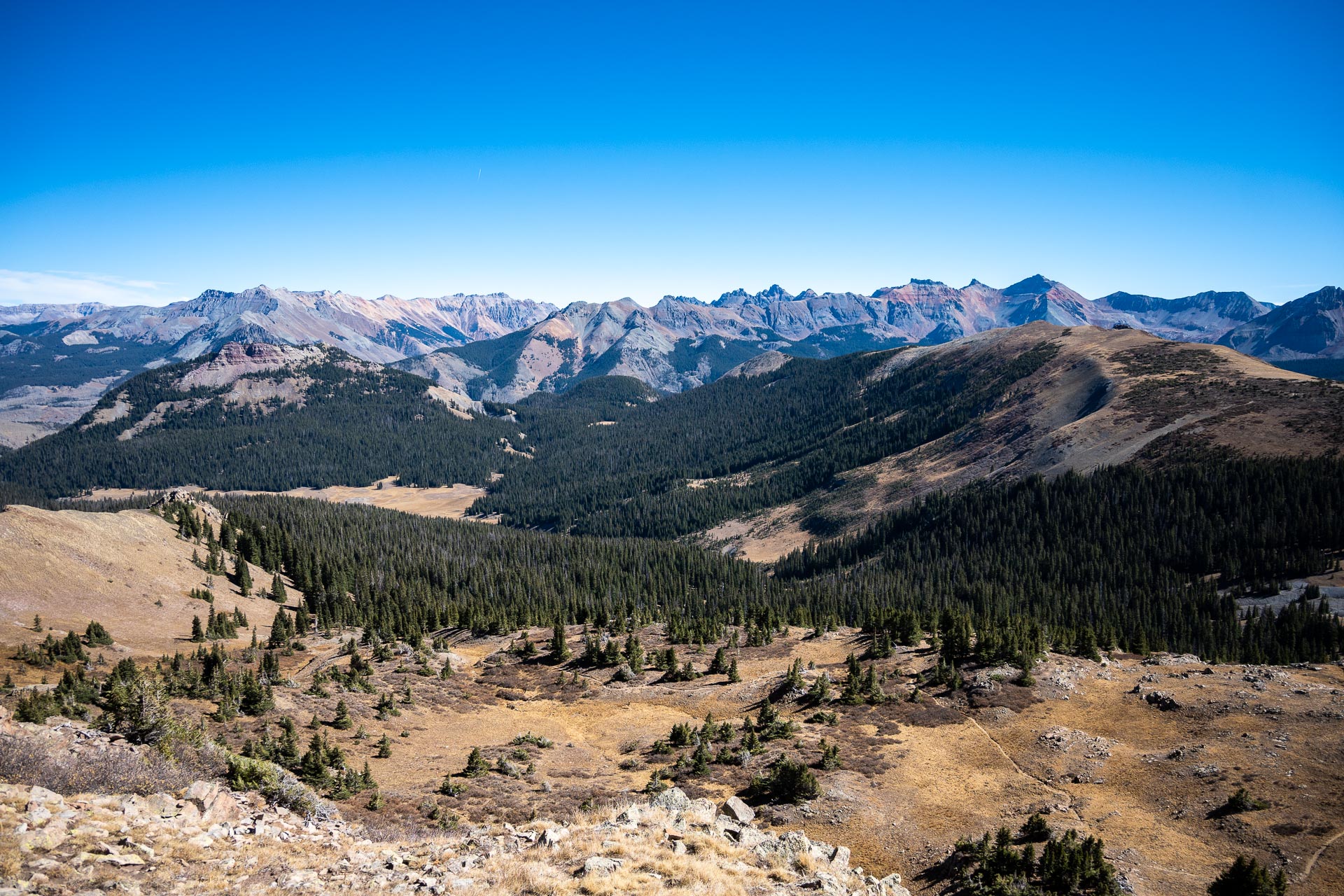 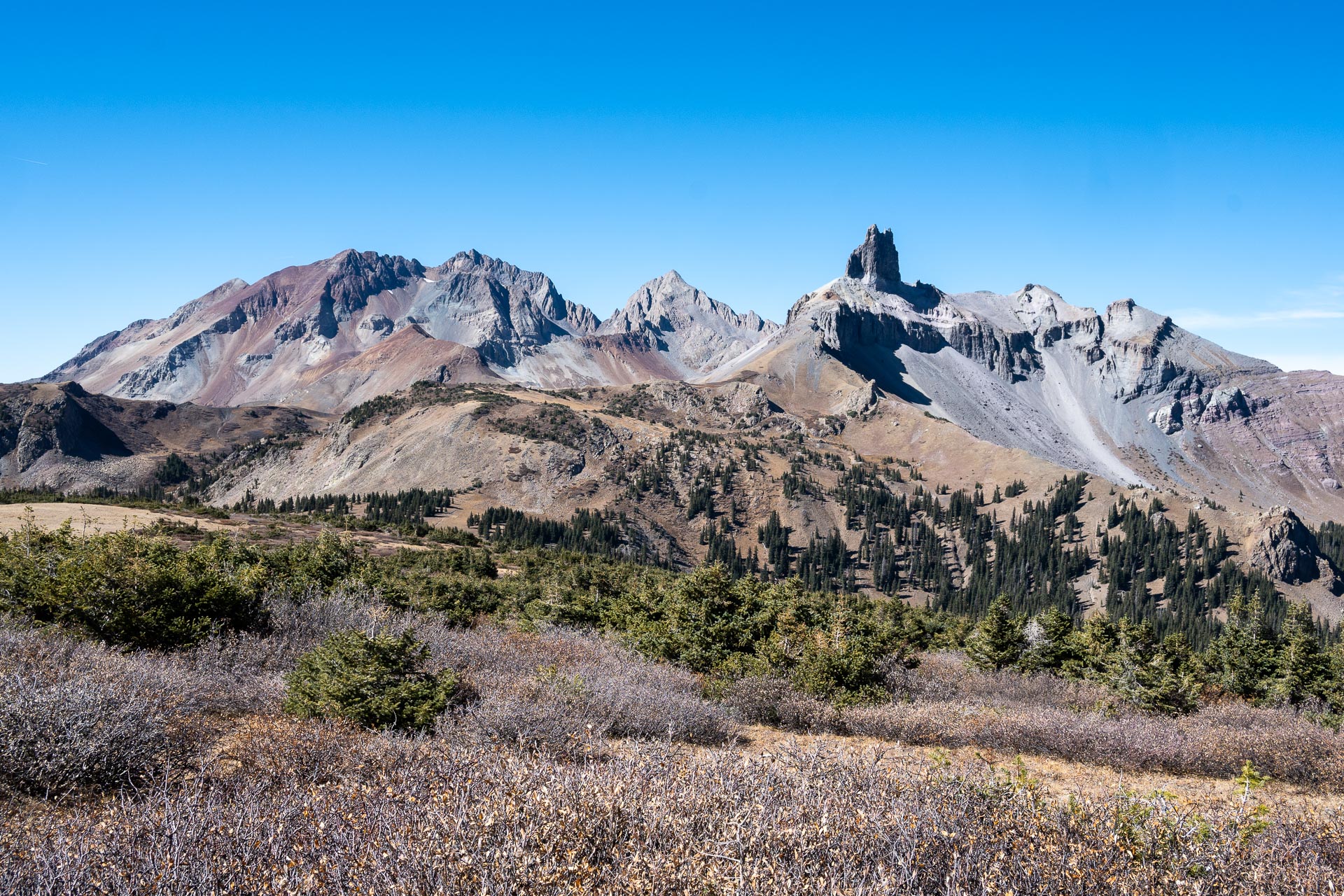 Overall, we were surprised at just how beautiful this hike was. We hadn’t found much information about it, and decided to check out the trail kind of last minute. The views were pretty spectacular, and we saw only two other pairs of hikers the entire day. While the scenery may not have been quite as arresting as the coveted Ice Lakes Basin, the solitude of this section of San Juans was wonderfully unexpected. 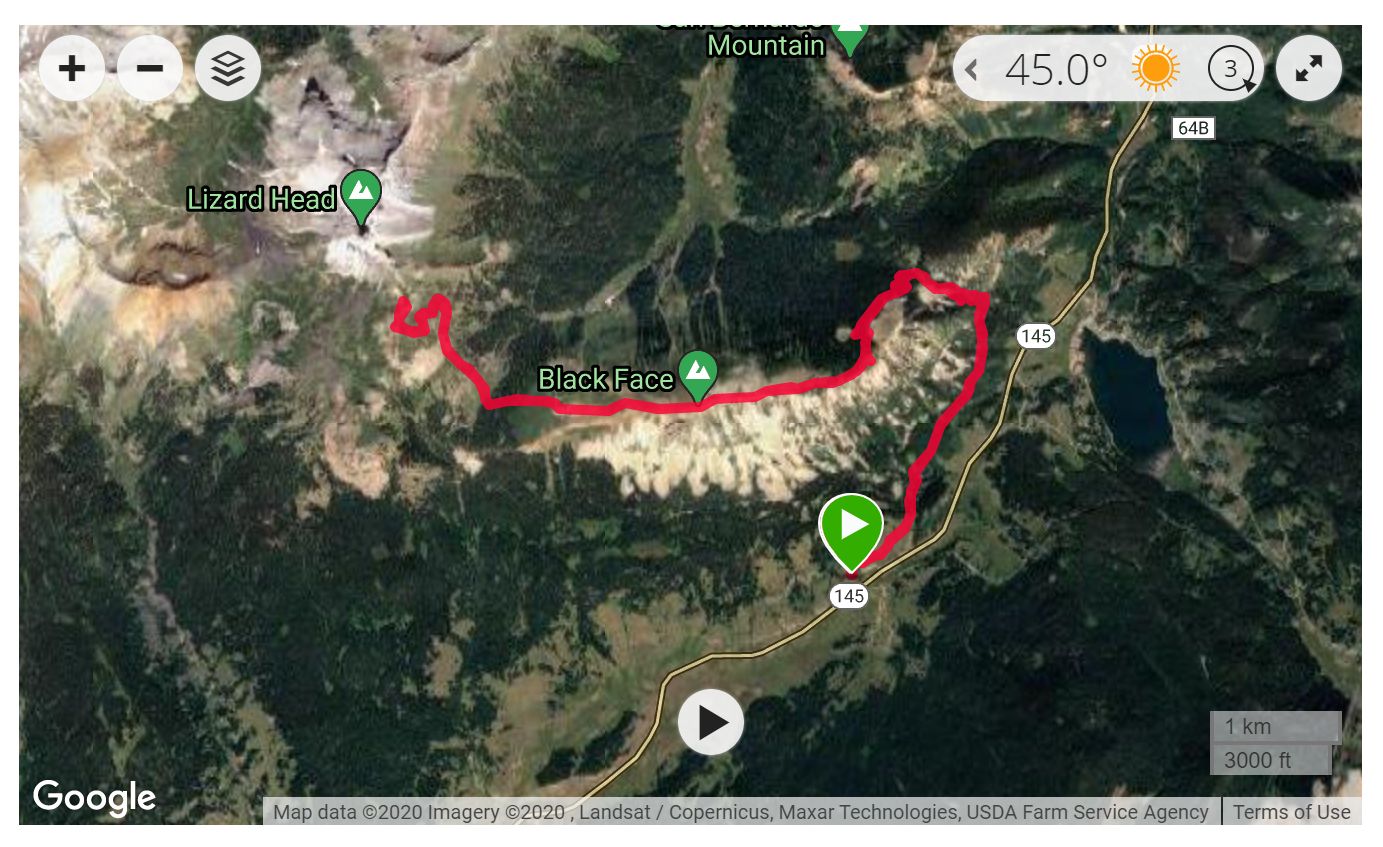