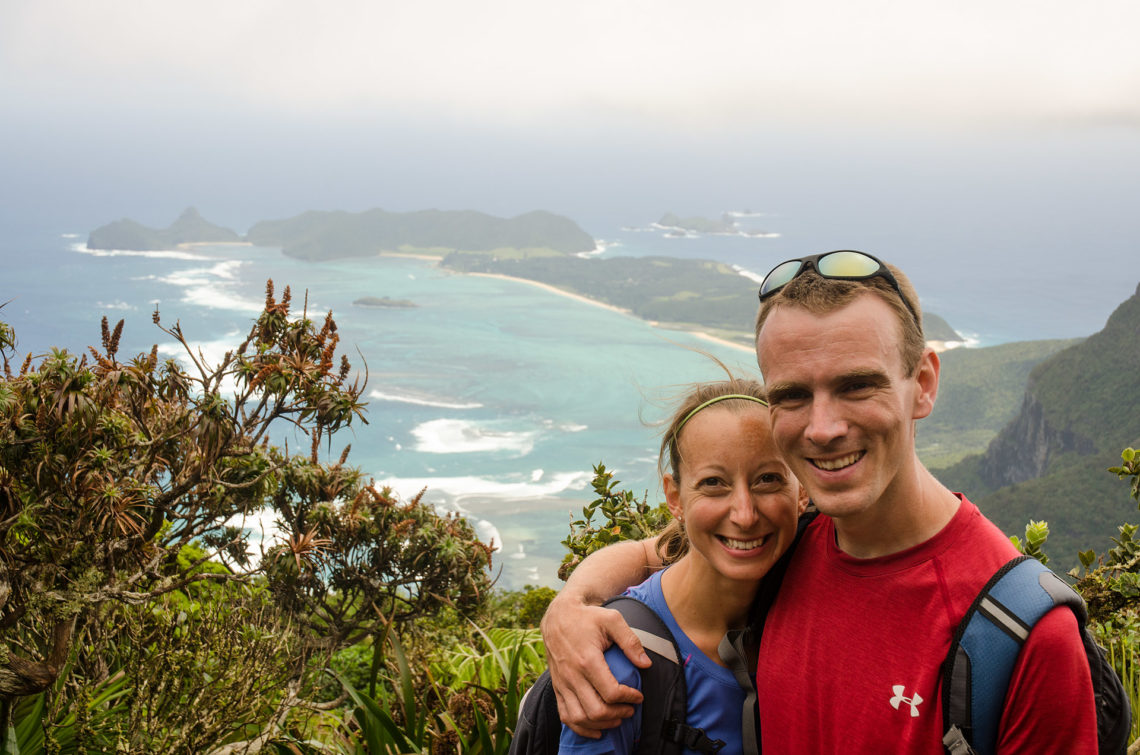 Rising 875 meters from the southern shores of Lord Howe, the flat crown of Mount Gower dominates the island’s tropical landscape. The 10-mile return to Mount Gower’s summit is considered one of Australia’s best day walks, and was one of the reasons I was initially so keen to visit the lesser-known island. We decided to climb Gower’s famous peak with Jack Shick, an affable, fifth-generation islander who is incredibly proud of his Lord Howe heritage. With every spirited story he told of his dad, uncle, grandfather, or cousin, and the role each played in shaping the island’s culture, it seemed that Jack’s family was Lord Howe Island. Jack, himself, has made some 1,860 ascents of Mount Gower, and still whole-heartedly professes his love for the climb.

From our first steps on the trail, it was easy to see why it’s such a beloved trek. Only one guided group per day is allowed on the track, ensuring an isolated and serene journey, and the lush forests blanketing the hillside are rich with character and history. A number of species are endemic not only to Lord Howe Island, but specifically to the slopes or summit of Mount Gower. Gangly pandanus trees with massive, forked root systems create a forest labyrinth about midway up the hillside. Around the summit, little mountain palms found nowhere else on Earth stretch for the sky through the thick canopy. Scrambling about these unique woodlands are a couple hundred of Lord Howe’s most-noted residents, and some of the world’s rarest – the flightless Lord Howe woodhen. Regardless of the view from the top, immersing yourself in such a special little corner of nature is priceless in itself.

Mount Gower’s trail spanned a pretty variable combination of surfaces – short segments of hard-packed dirt, sections of uneven roots and wet rock, and several portions that traversed large, steep boulders. There were also a handful of sections that required the use of fixed ropes. The trail began by crossing a rocky strip of beach at the base of Mount Gower, followed by a gentle climb into the forest. After only a brief walk, we reached a bin full of white helmets set in the bushes alongside the trail. Donning our sweaty head protection, we ascended the first section of ropes, which were, indeed, necessary to haul yourself up over the steep rocks. We then traversed a narrow ledge that wound around the rocky hillside, and took in our first gorgeous views to the north. The lagoon and western beaches were just beginning to become illuminated in the warm, morning light, and unusually strong swells offshore painted the vibrant water with dramatic, contrasting whitecaps. 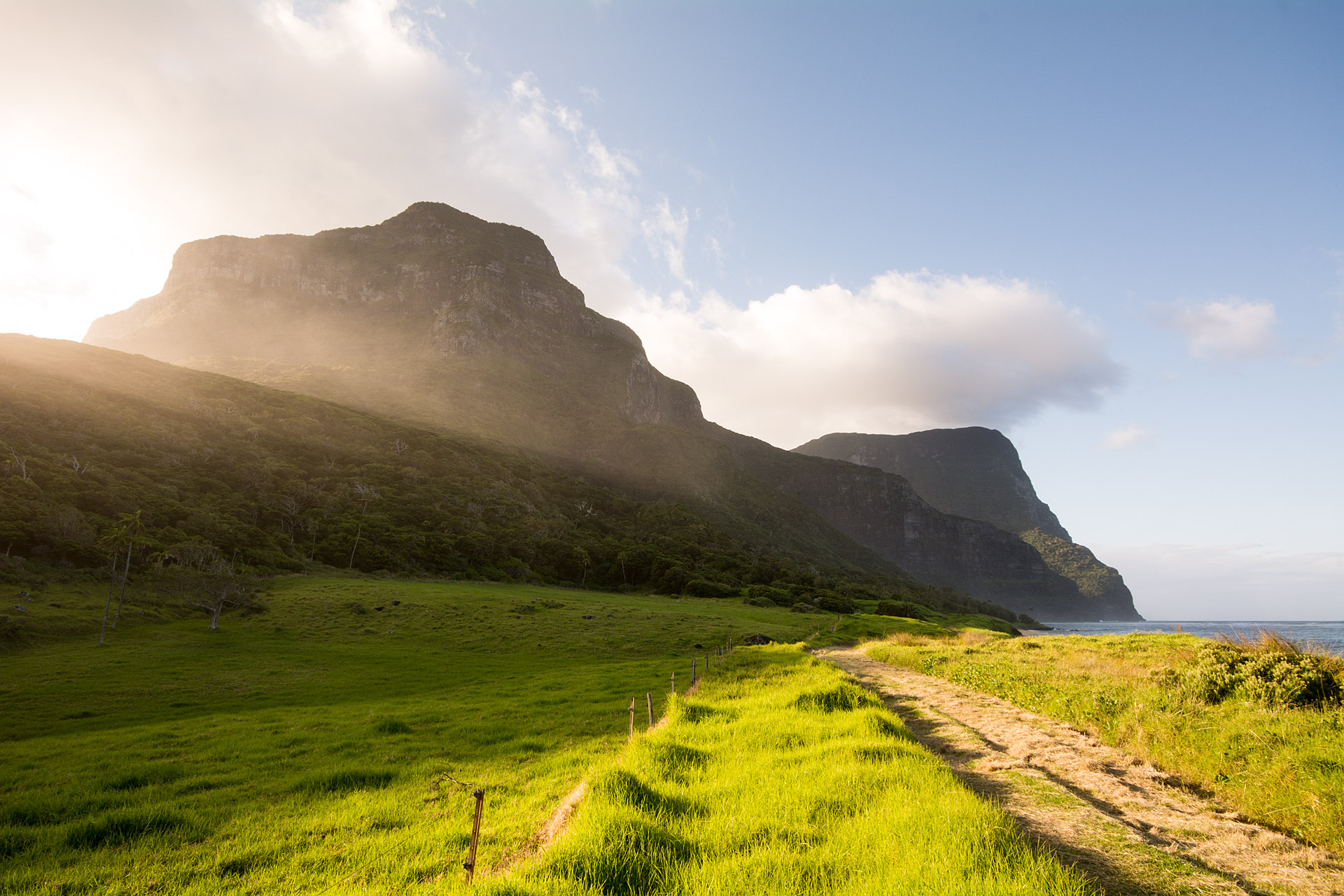 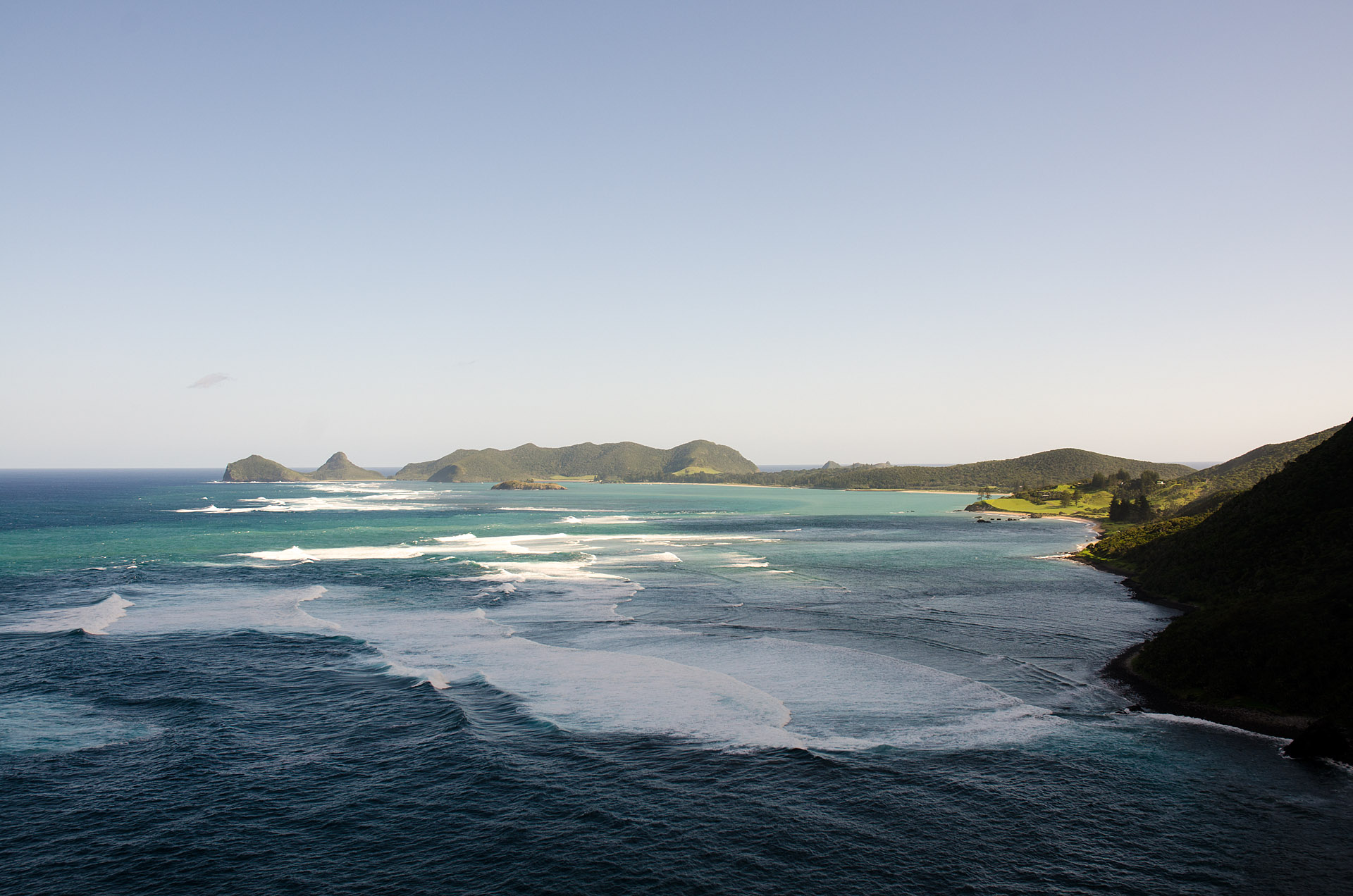 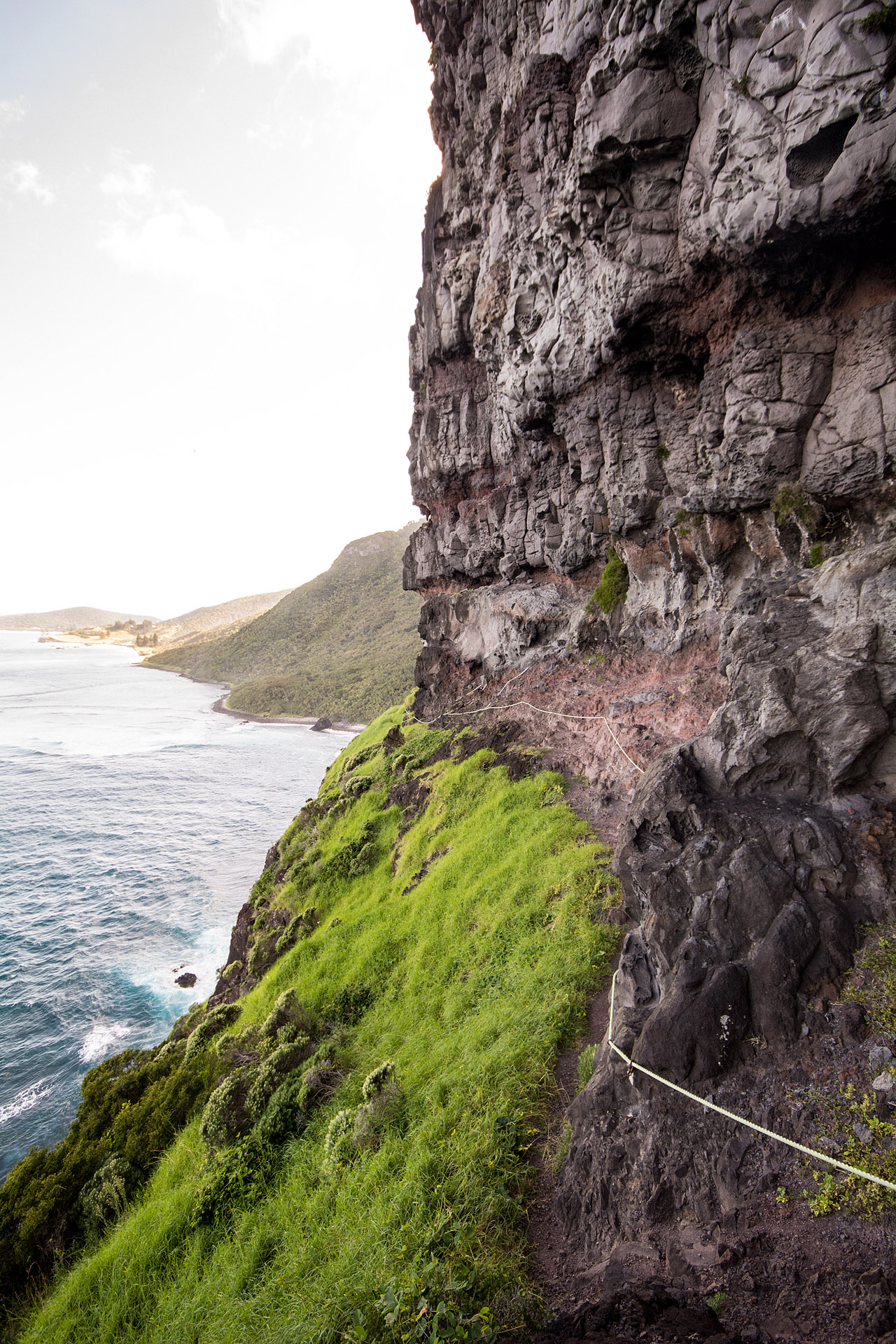 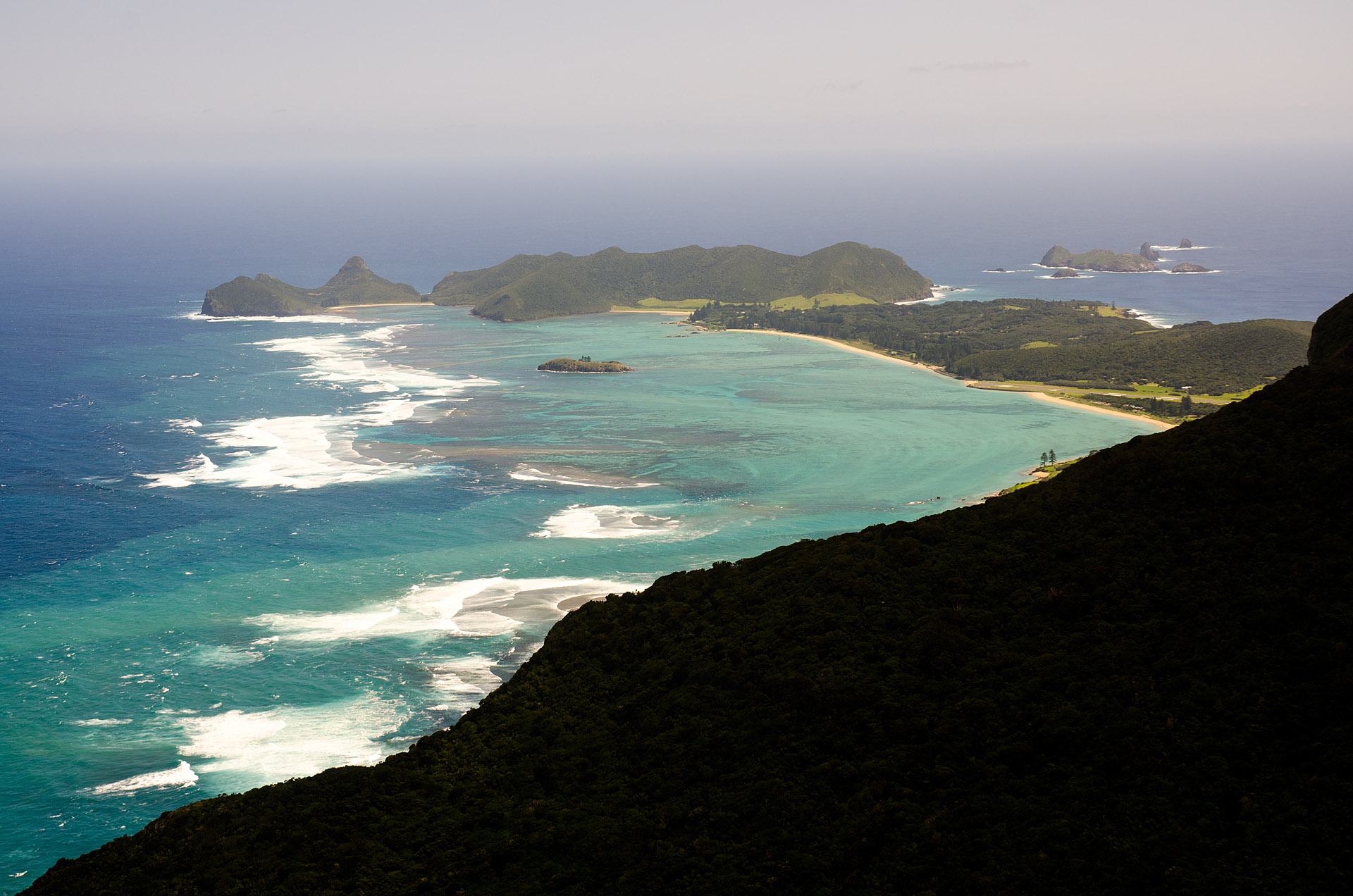 After navigating the ridge, the ascent became much more gradual, for what Jack called the “friendly” section of the climb. About halfway to the summit we reached a small clearing in the forest alongside a trickling, freshwater stream lined with the long-limbed pandanus trees. From there, the track steepened slightly until we reached the saddle, where we were greeted with more breathtaking views. To the east, neighboring Mount Lidgbird rose majestically in the bright sunlight. Just beyond the pointed peak, jagged peninsulas of dark rock plunged to the turquoise sea. Though we were not yet above the dense trees, the lagoon and northern portion of island peeked out from behind the slopes of Mount Lidgbird. In the distance to the south, Ball’s Pyramid, the world’s tallest ocean stack, jutted strikingly from the water. From the saddle, the climb became much more sharp to the summit, with a large section of guide ropes. While most provided some moderate (yet essential) assistance, there was one fairly precipitous wall (40–50 feet tall) that required you to haul yourself up using the knotted rope, one person at a time. 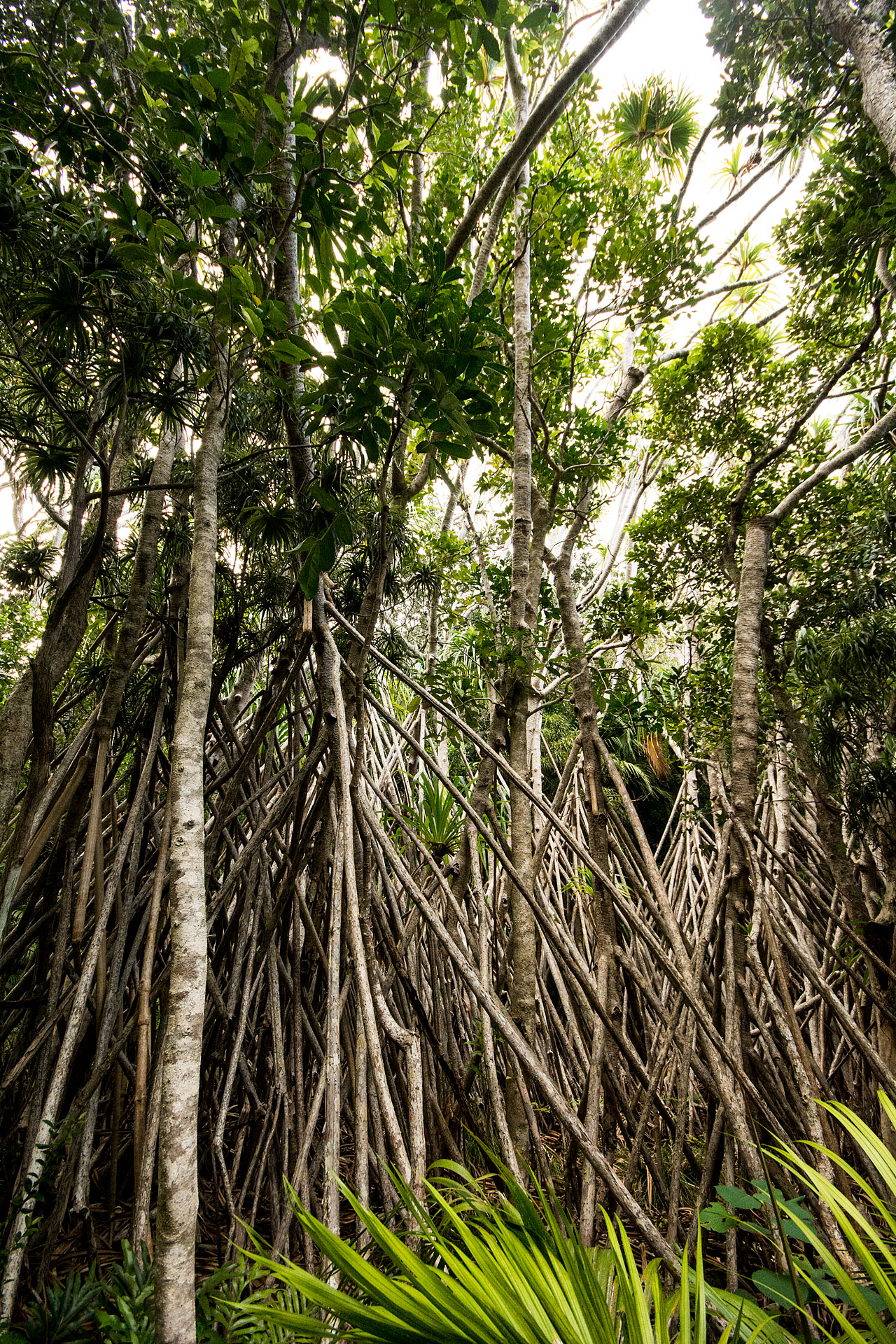 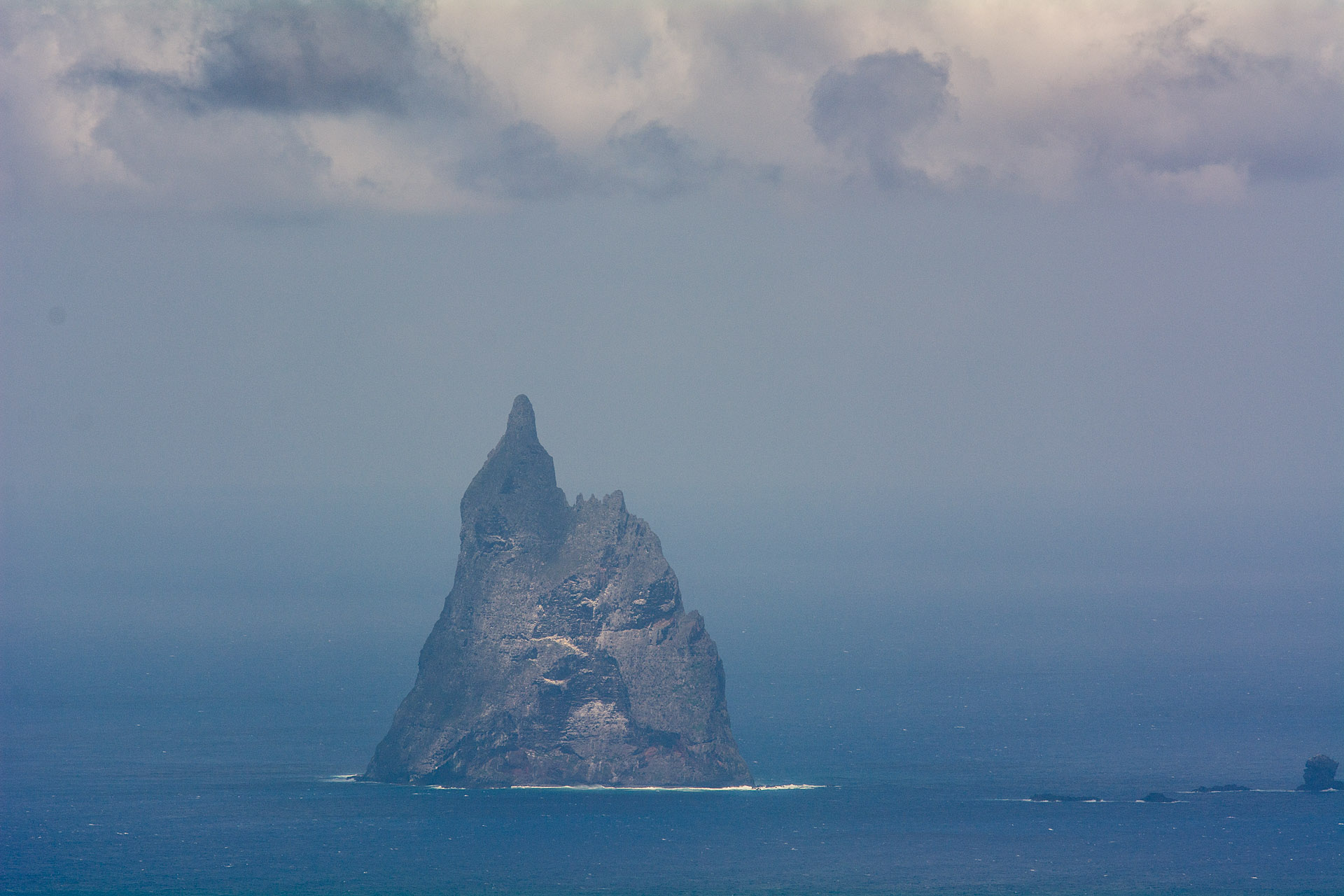 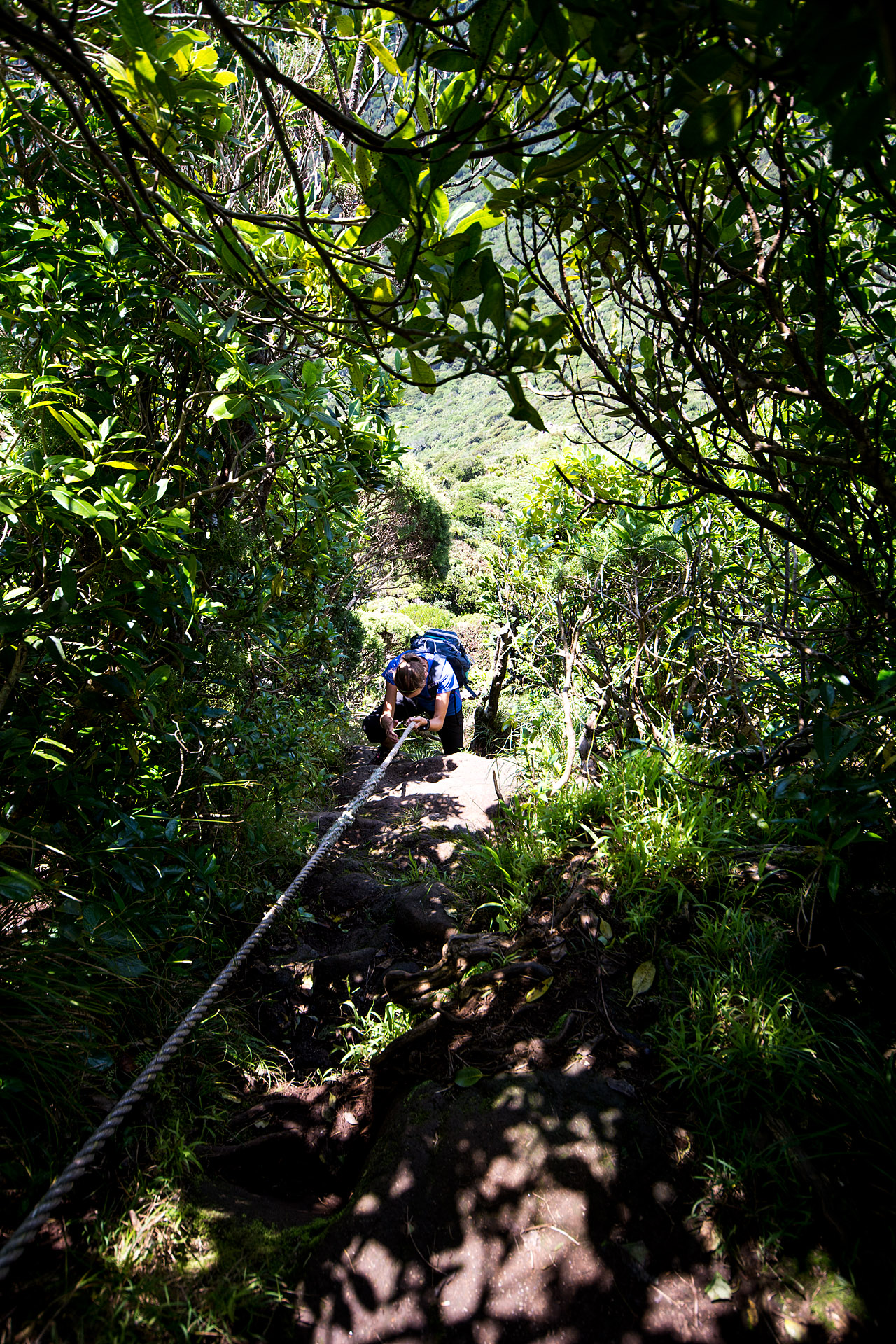 After conquering the ropes and navigating one last gentle hill through gnarled, moss-covered trees, we reached the summit. From the one small clearing where we stopped for a quick lunch, we were afforded spectacular panoramas of Lord Howe Island. Other than a few wispy clouds that passed briefly overhead, we had an astoundingly clear view of the vivid green crescent, afloat in the glowing blue sea. Atop the summit, a few curious friends joined us for lunch – a pair of strutting woodhens, and a boisterous Lord Howe currawong. 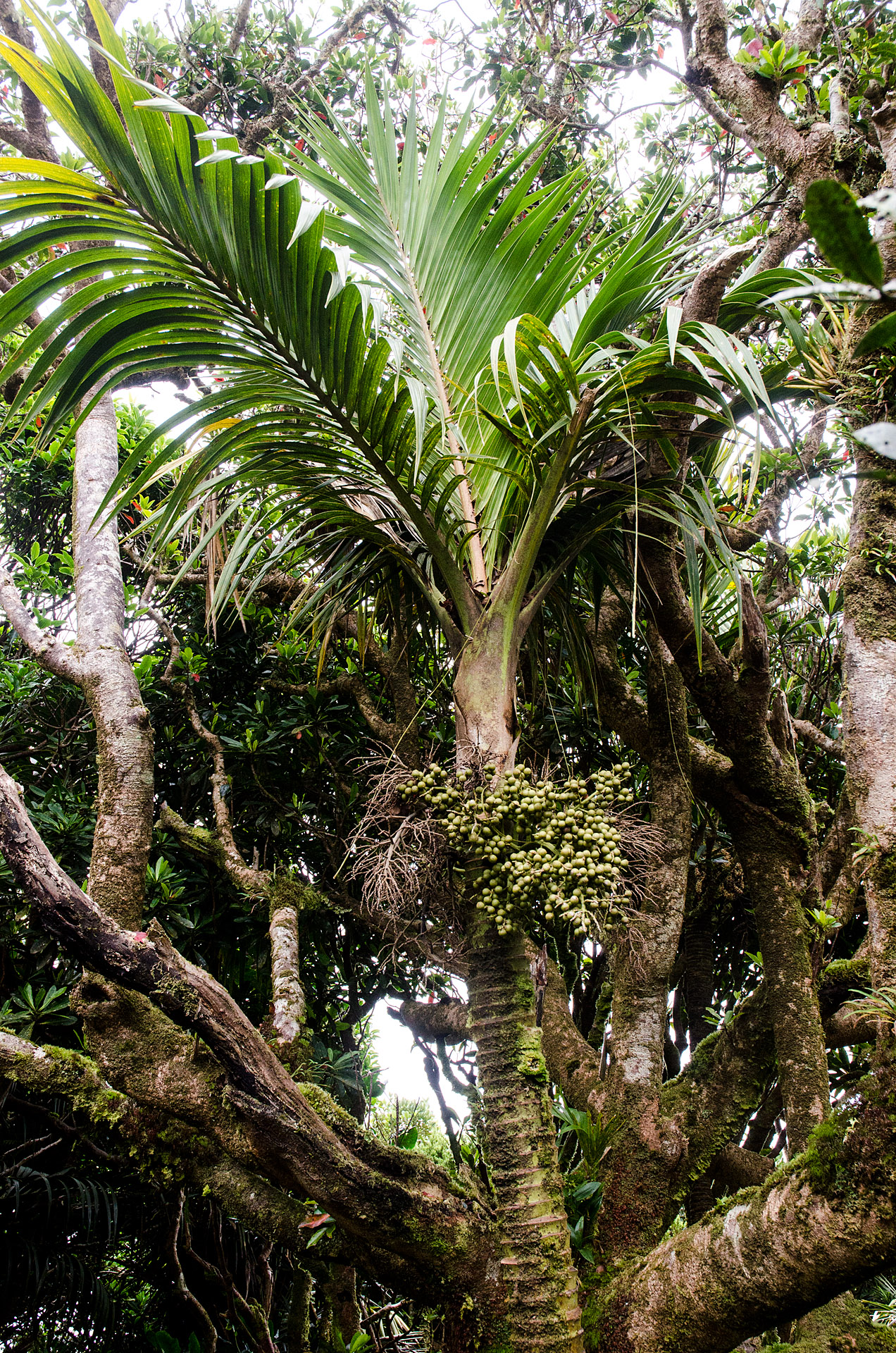 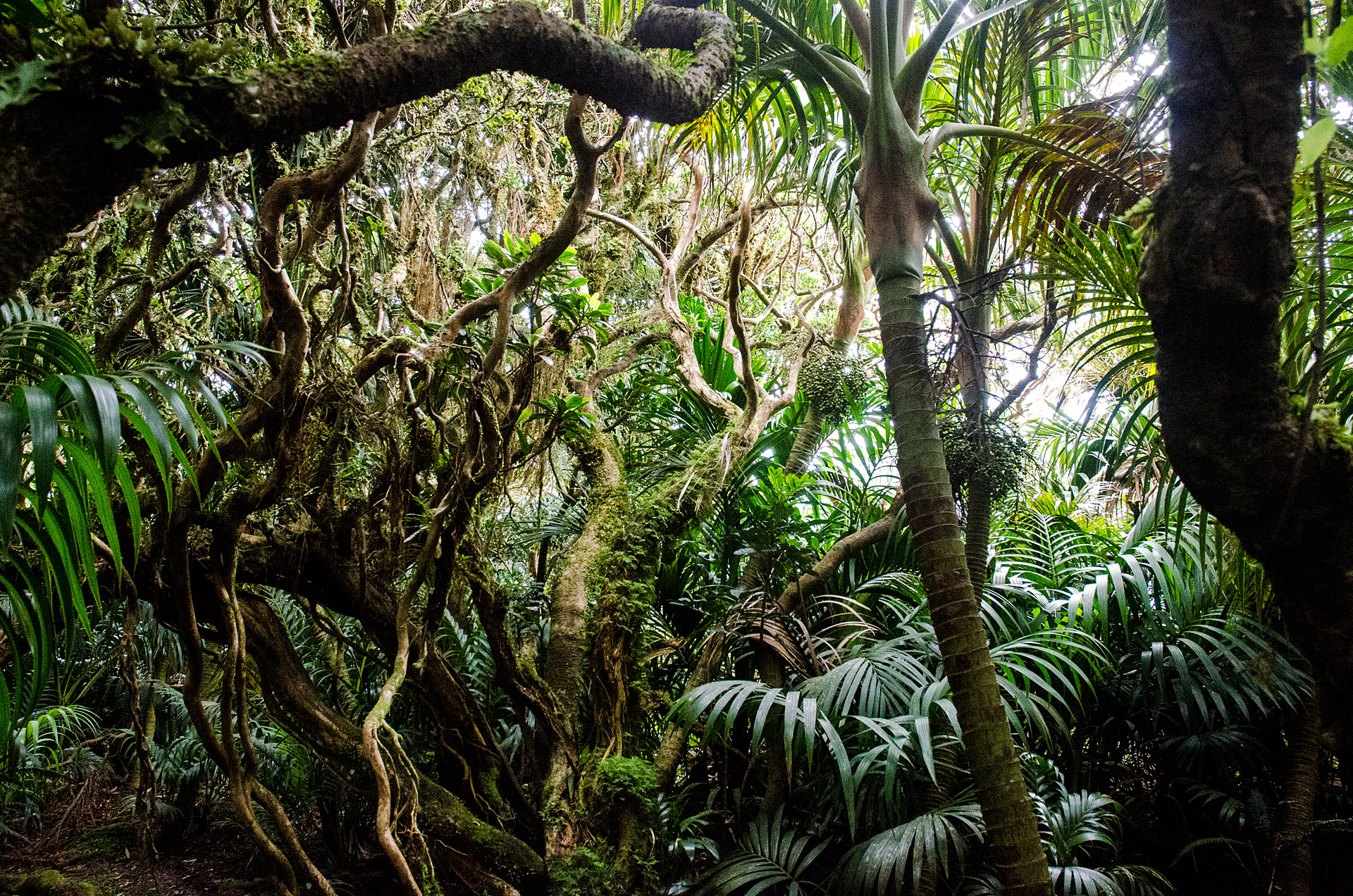 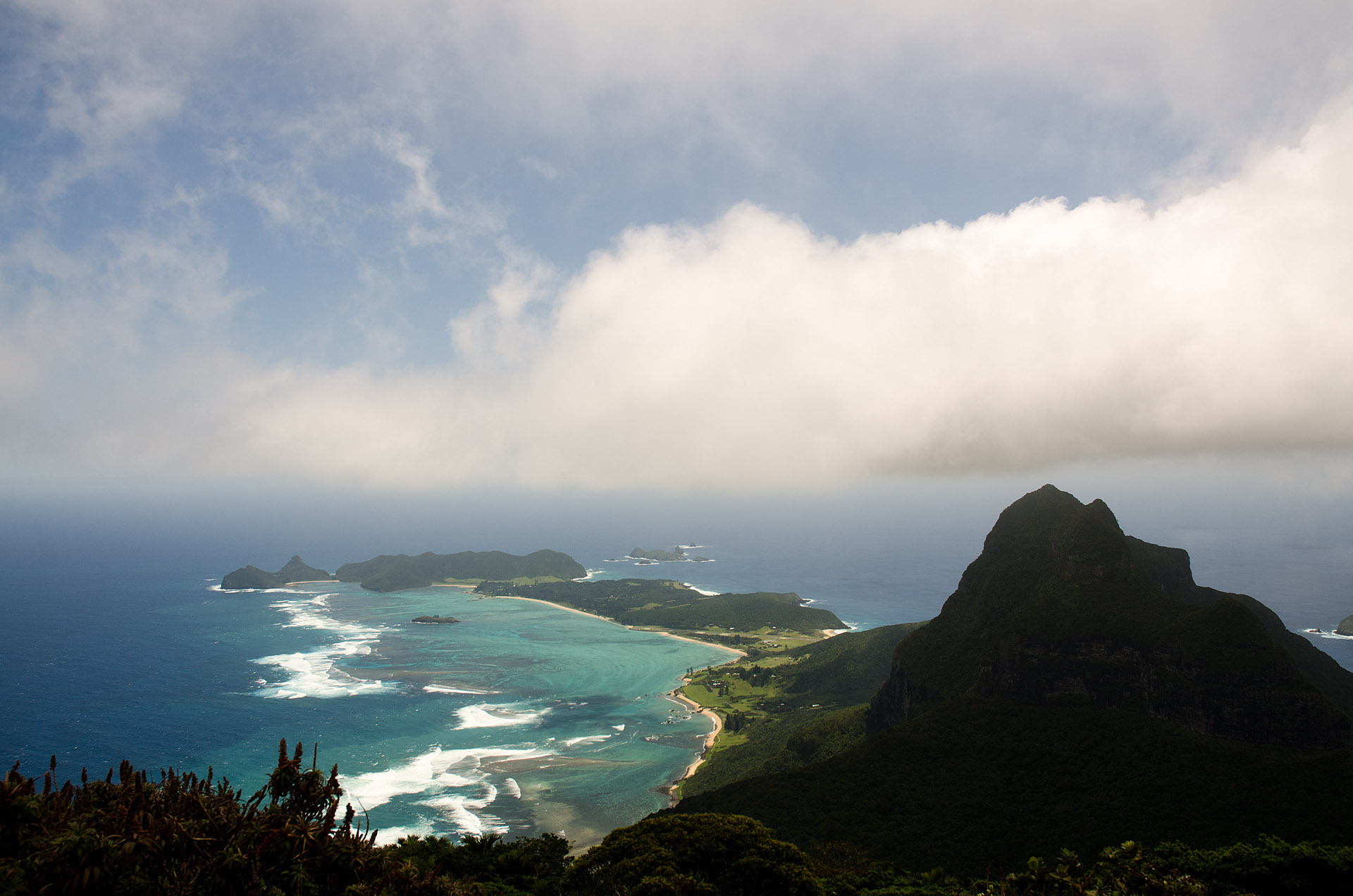 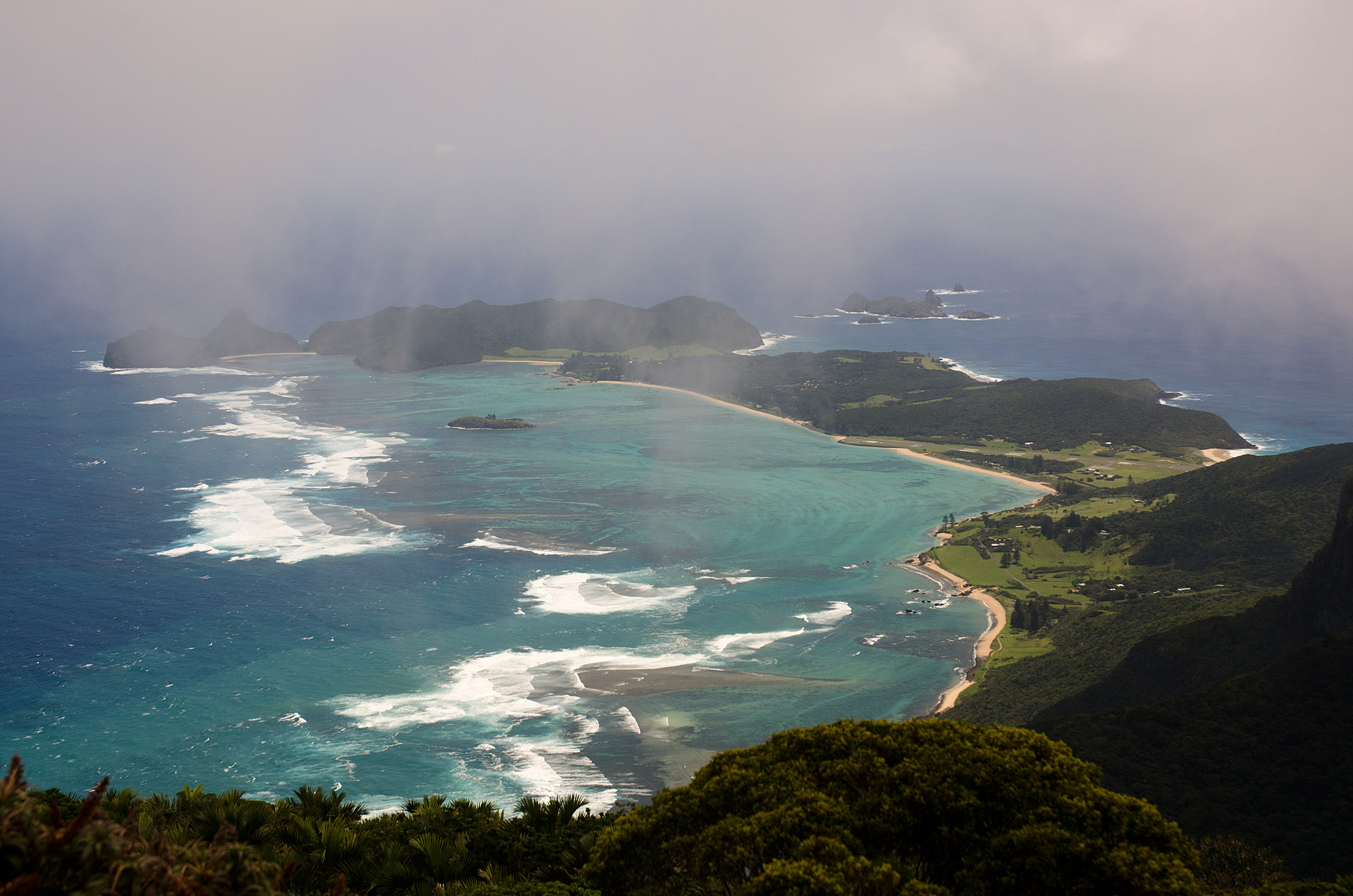 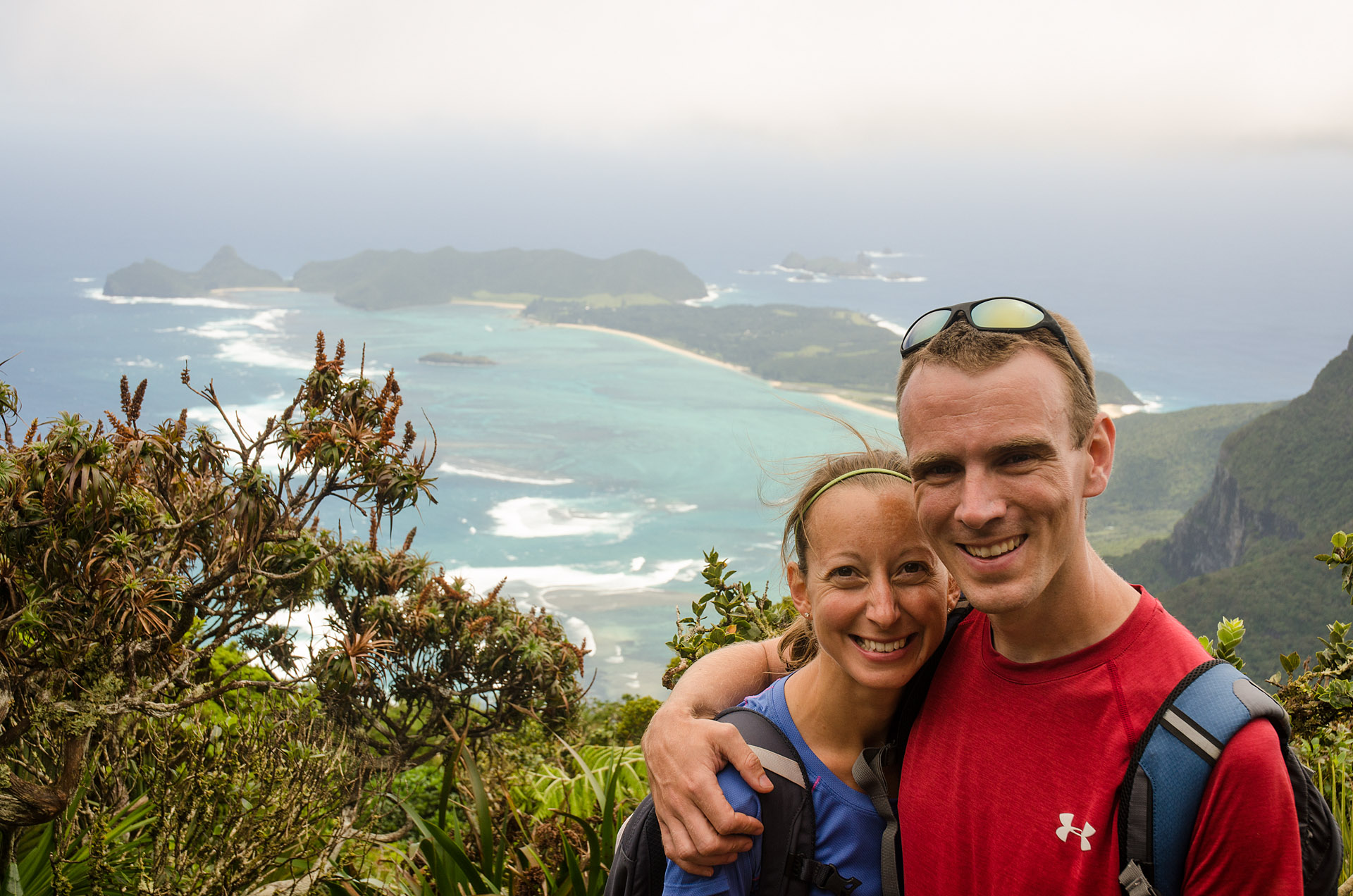 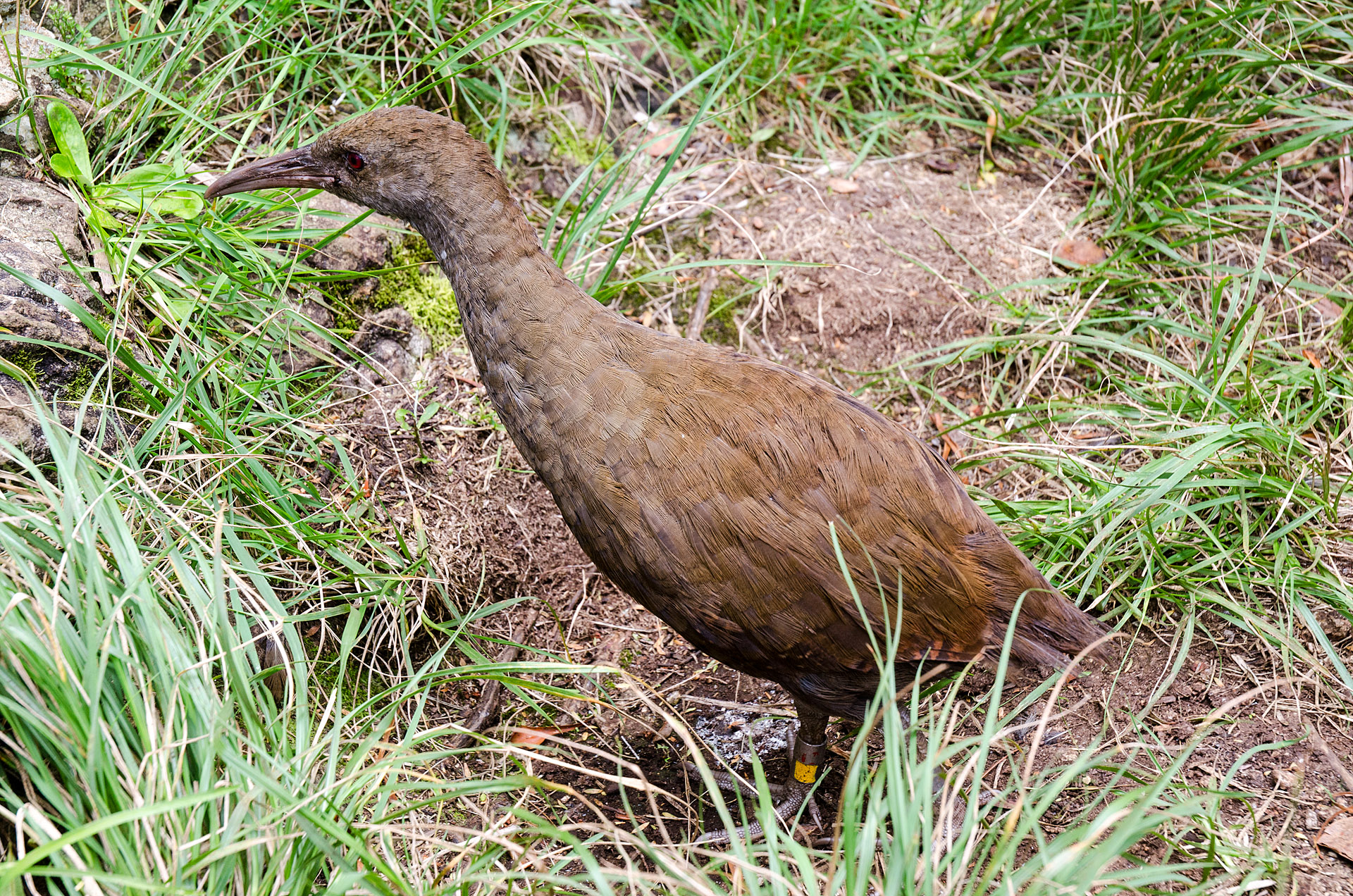 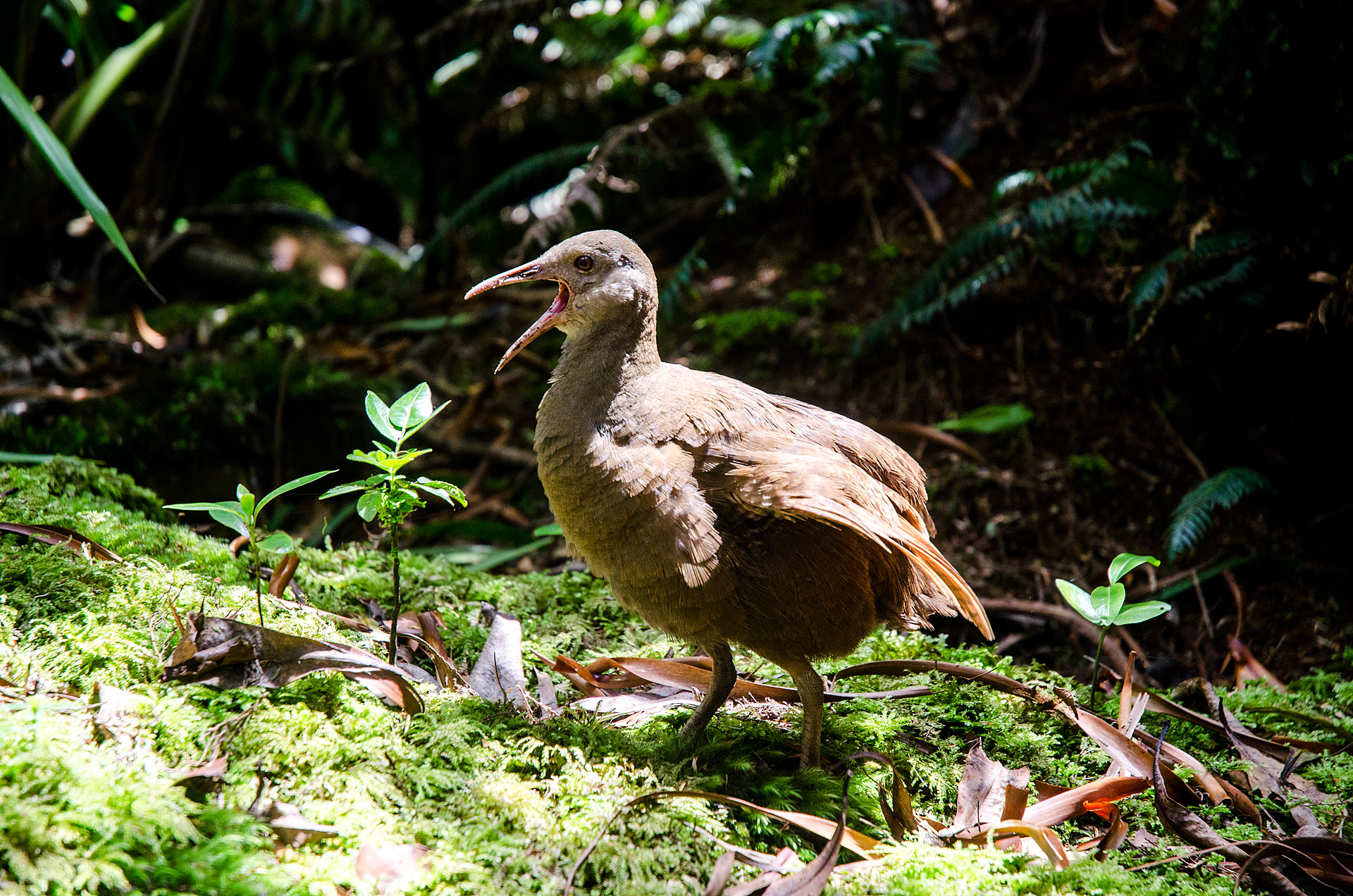 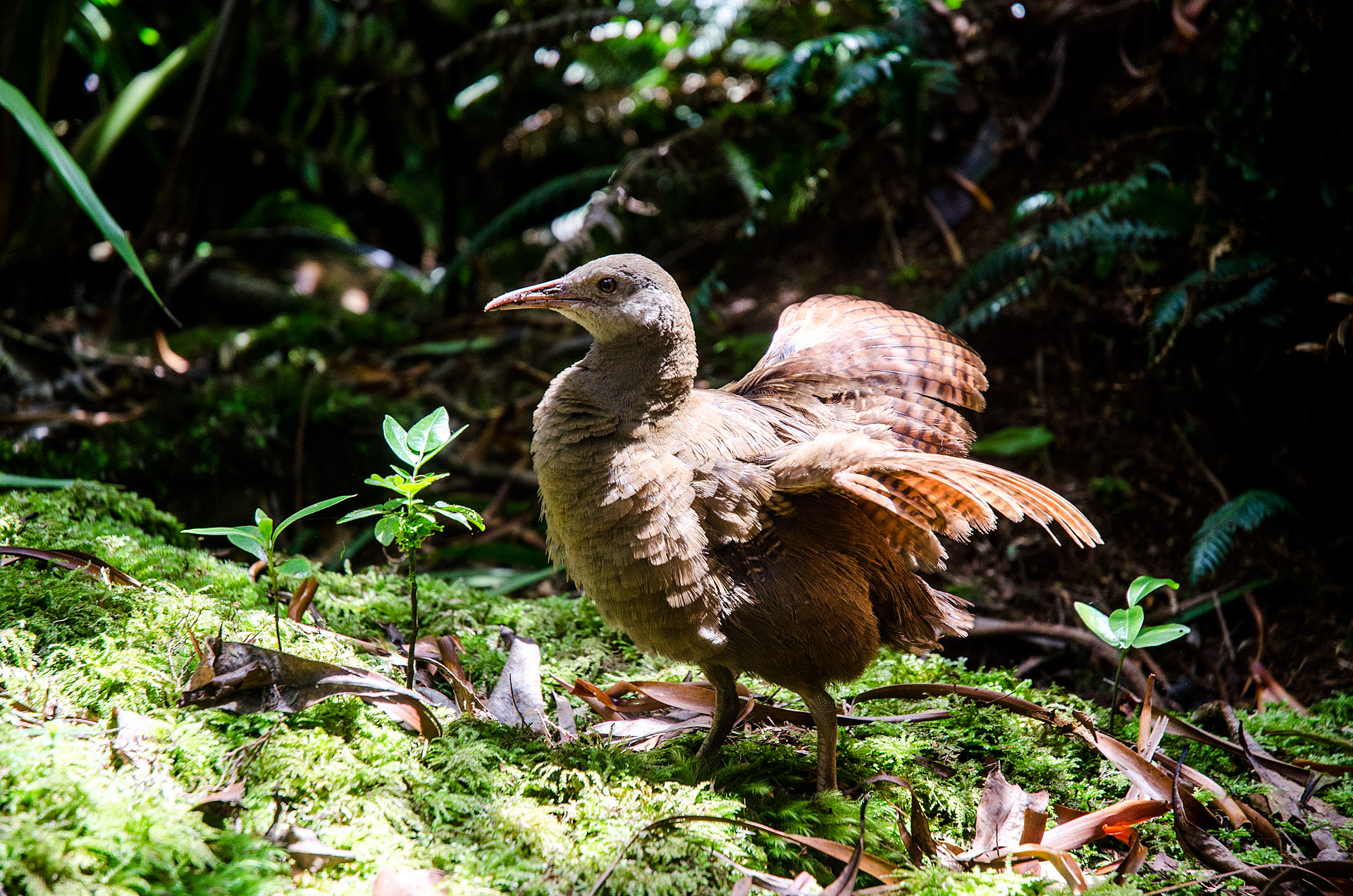 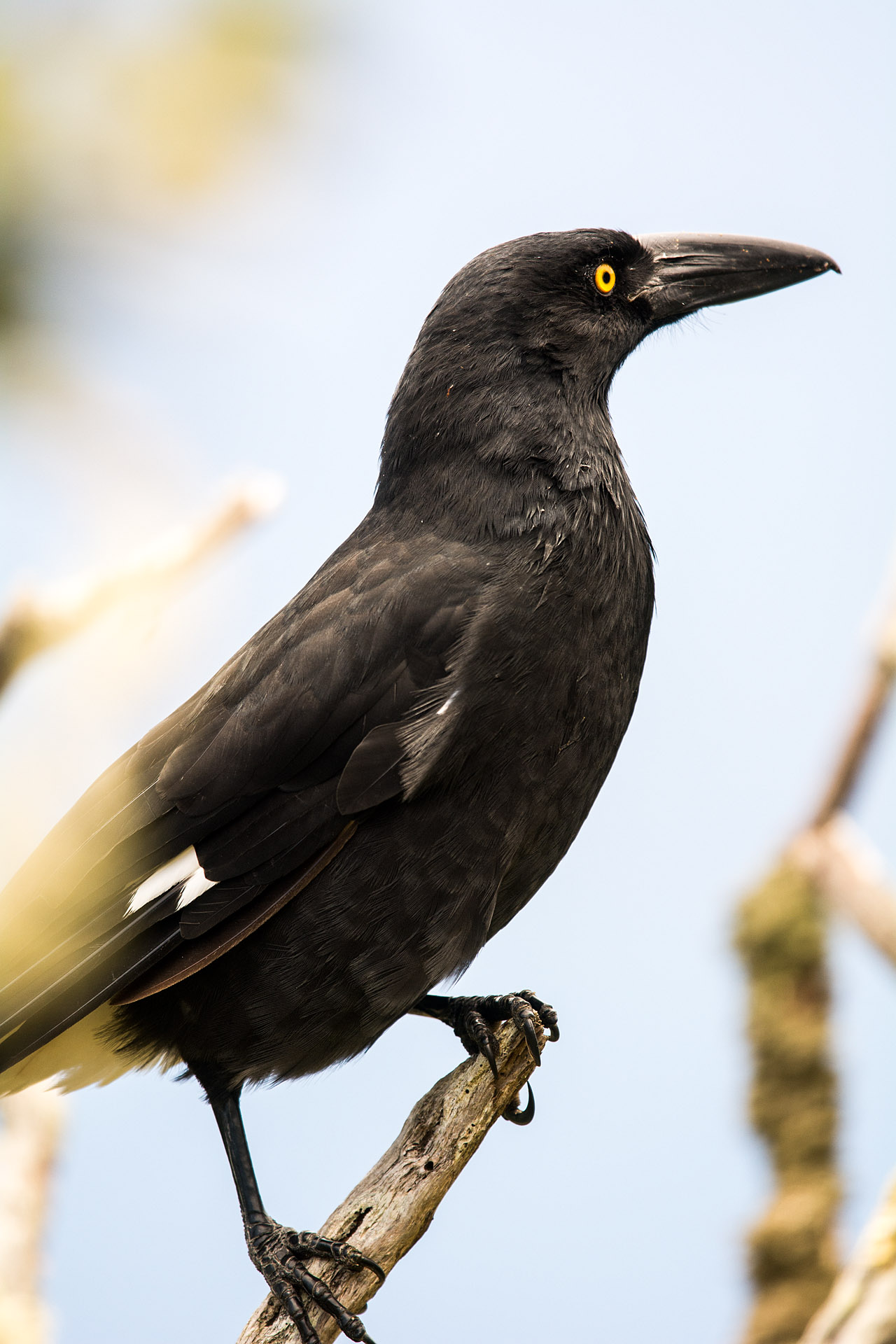 We descended the same trail we followed to the summit, again navigating the ropes and rocks, and the more moderate path. As we hugged the same narrow ledge towards the foot of the mountain, we took in one last incredible view of the island, now aglow in the late afternoon sun. Thanks, Barb & Gus, for the gift of our beautiful hike; it was definitely one to remember. 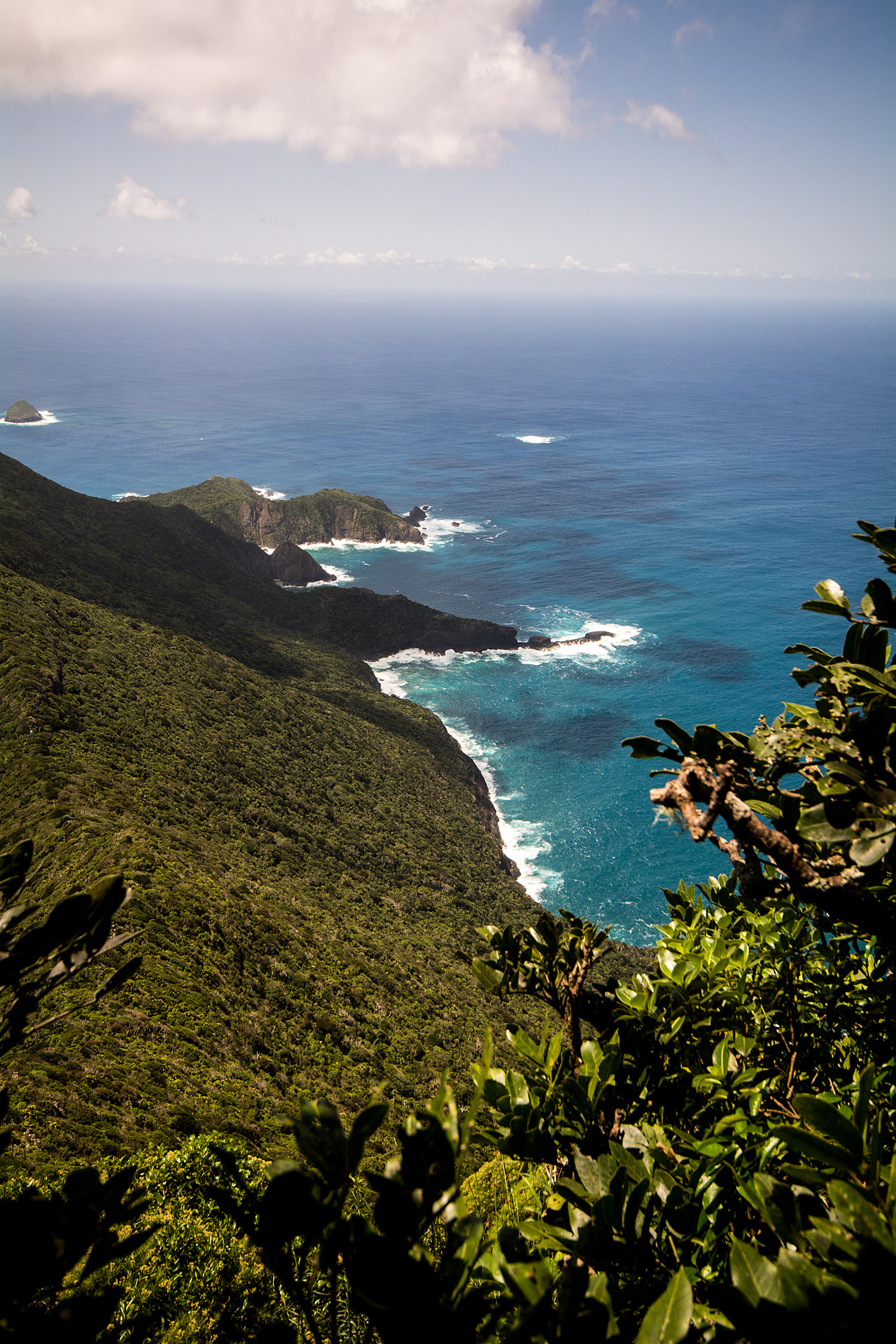 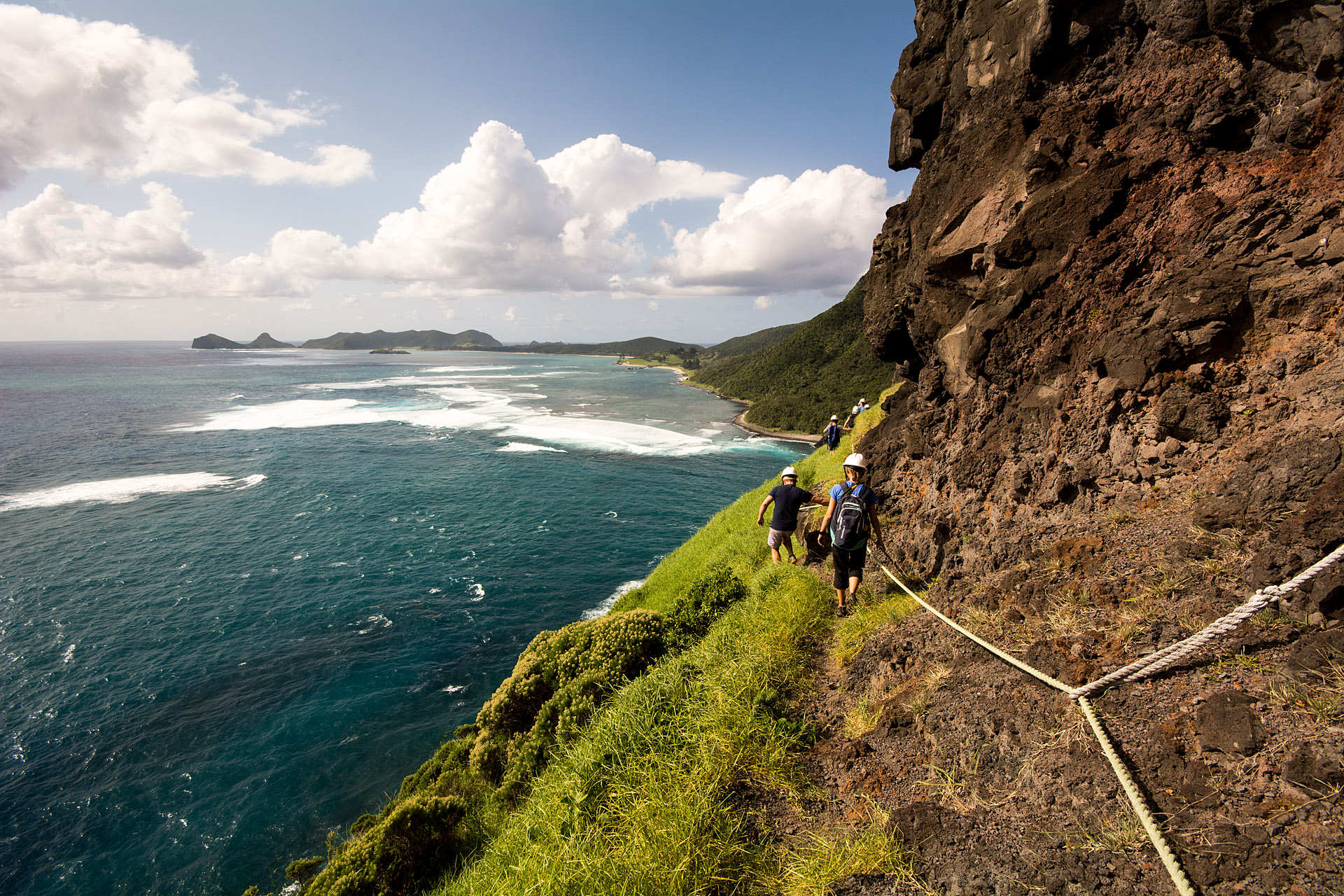 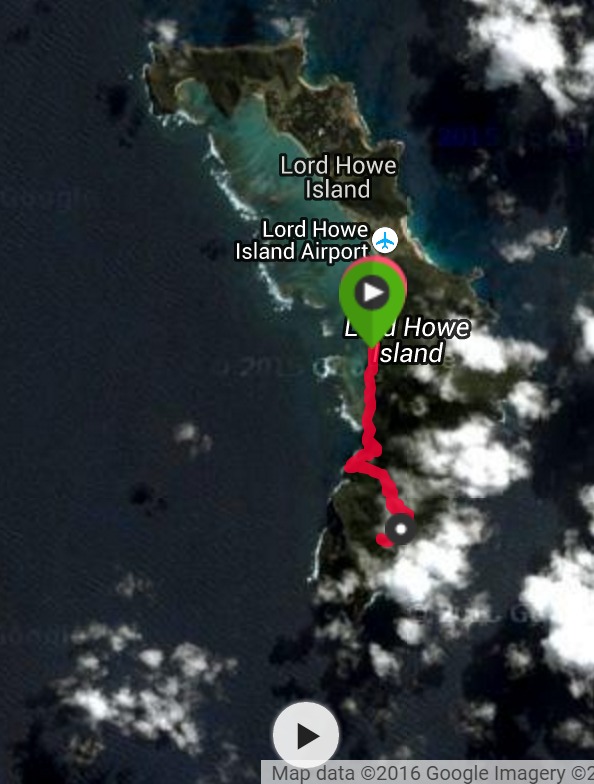