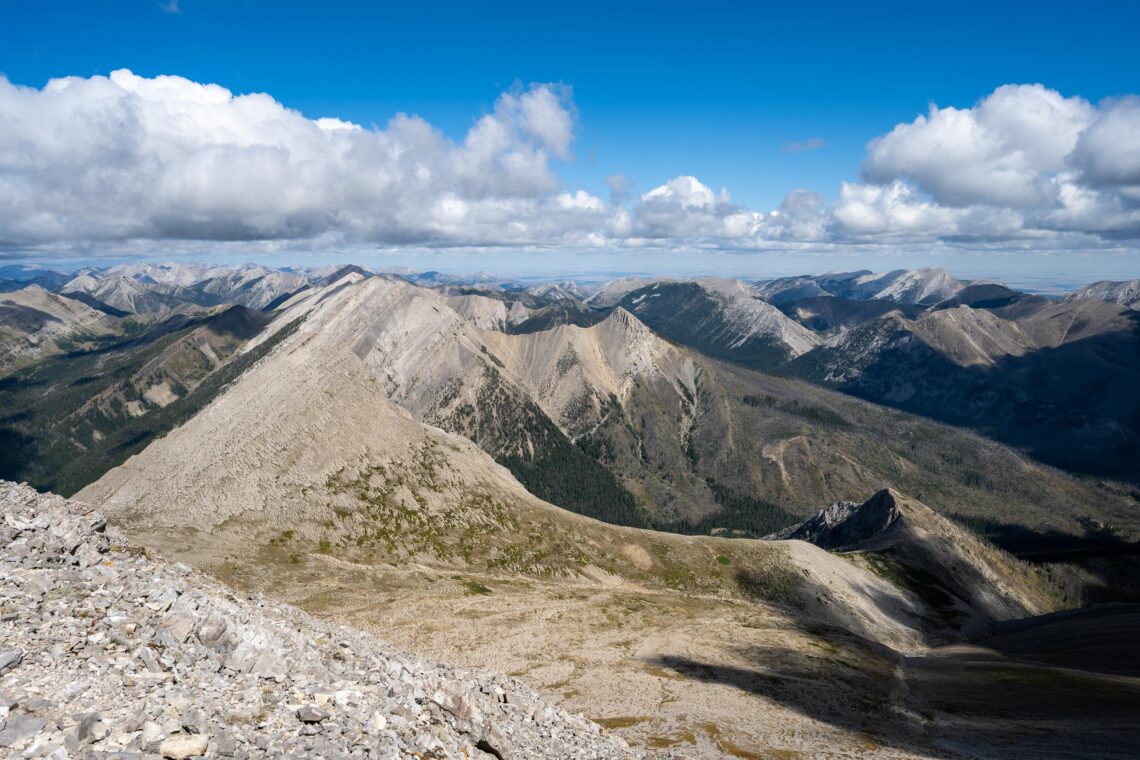 Mt. Wright is nestled within the Sawtooth Mountains of Montana’s Rocky Mountain Front. The 8,875-foot summit sits along the boundary of the Bob Marshall Wilderness Complex – a sprawling, one-million-acre wilderness area that stretches for 60 miles along the Continental Divide, just south of Glacier National Park. Affectionately known as ‘The Bob’ by locals, the preserve was named to honor the early conservationist who dedicated his life to advocating for wilderness protection.

Much less trafficked than its more famous neighbor to the north, The Bob is known for being rugged, wild and remote. In fact, Mt. Wright is one of the few mountains within the area that has a maintained trail to the summit. Because of its accessibility, reportedly stellar summit views, and dog-friendliness, we thought Mt. Wright would make a great day hike.

The trail begins near the West Fork Campground, just off Teton Canyon Road in the Lewis and Clark National Forest. We figured it would be pretty sparse and, indeed, there wasn’t another soul for miles when we arrived around 9 a.m. This held true for the duration of our hike. We spent most of a gorgeous Saturday on the trail, and saw only one other pair of hikers as we made our mid-afternoon descent.

The round trip up Mt. Wright clocks in at seven miles and gains around 3,300 vertical feet along the 3.5-mile ascent to the top. For the first mile the trail is quite gradual, gaining just a few hundred feet through scrubby vegetation and an old burn area. 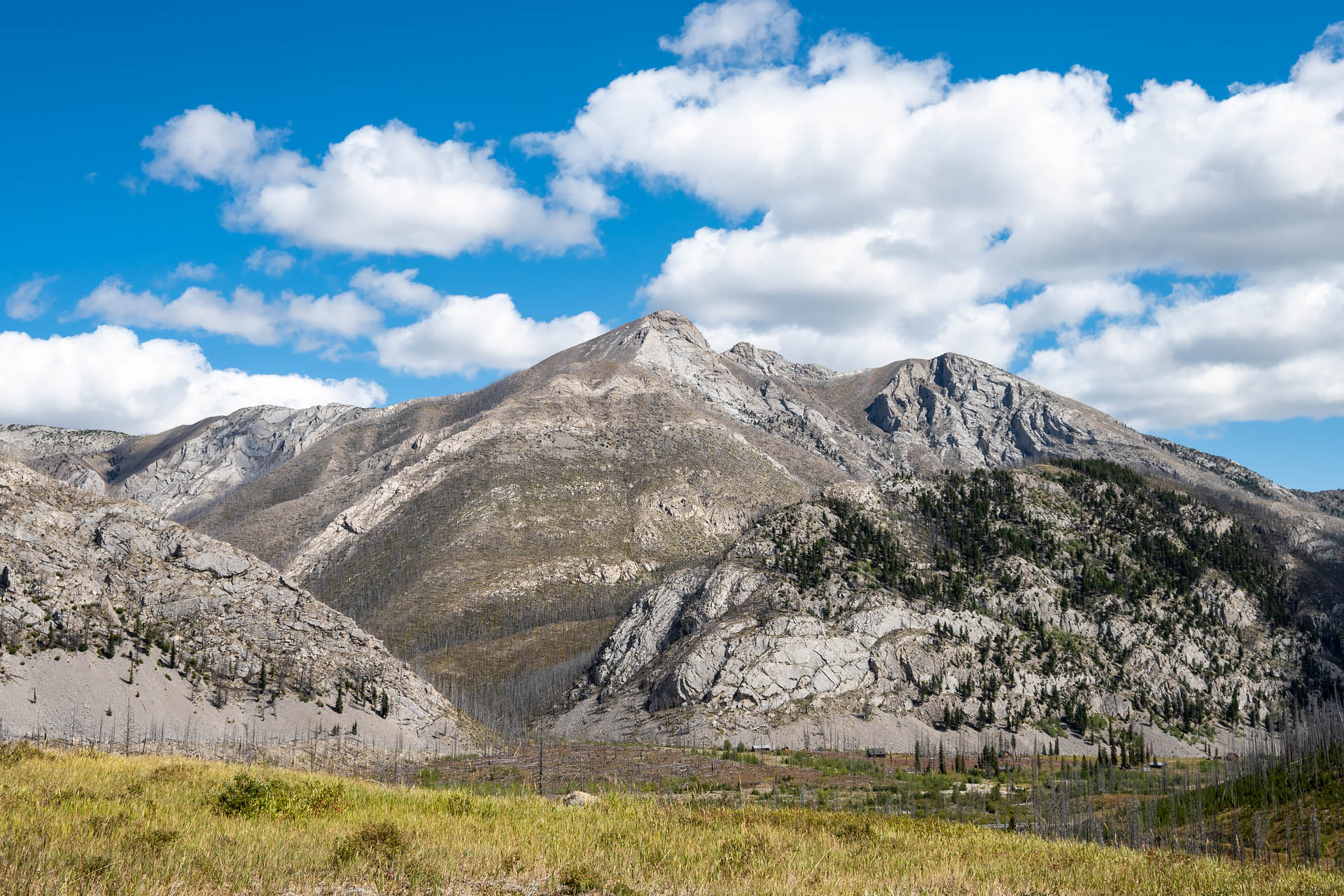 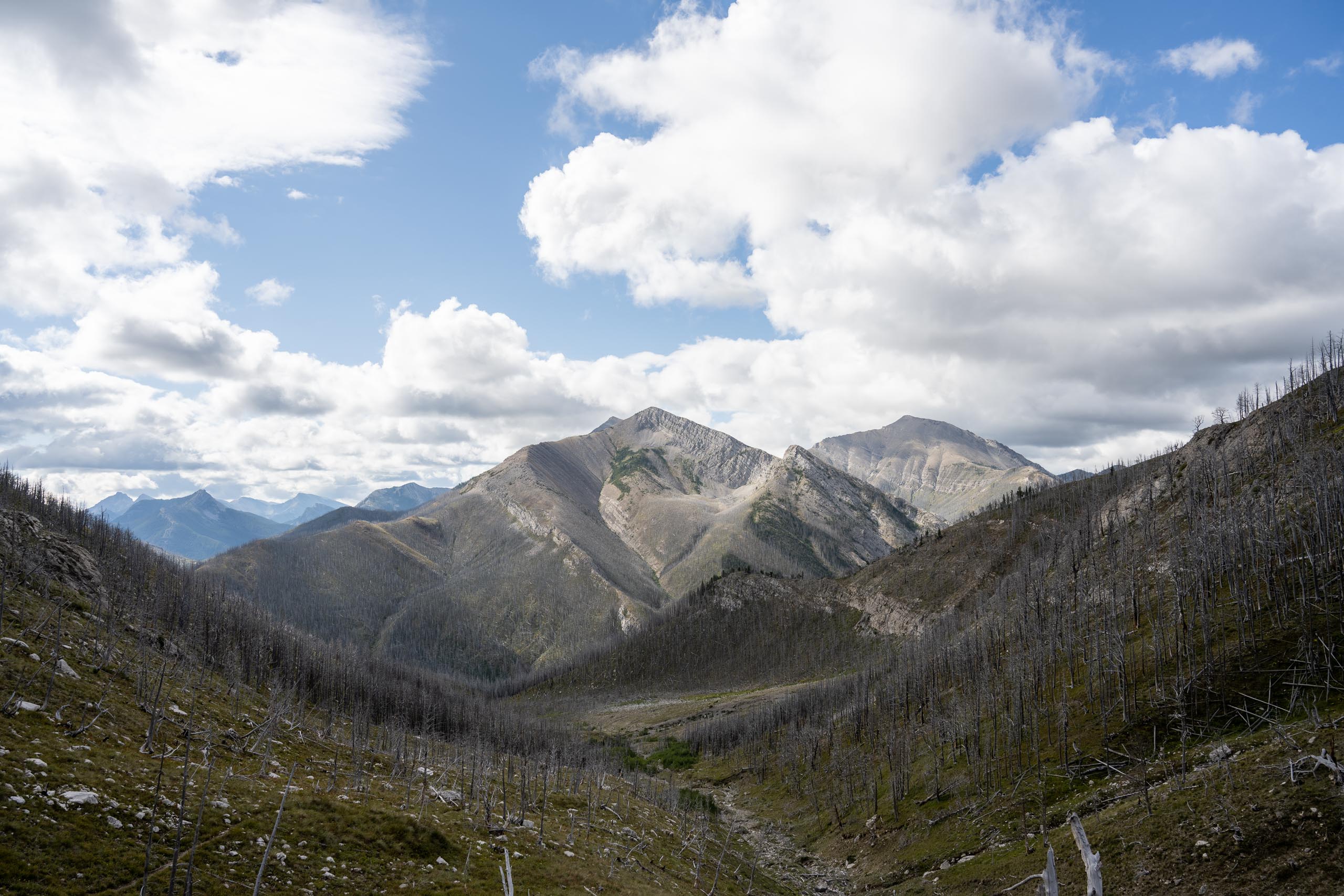 As the trail turns north, it follows an open ridgeline and begins to climb steadily for the next two miles. The rolling peaks of the eastern front quickly come into view. Just over three miles from the trailhead, the trail gains the saddle at an elevation of 8,400 feet. From here, it’s a short but straight line to the summit. In all our hiking, I’m not sure we’ve ever seen a summit approach that was so direct – not a switchback or slightest trace of a bend in sight. 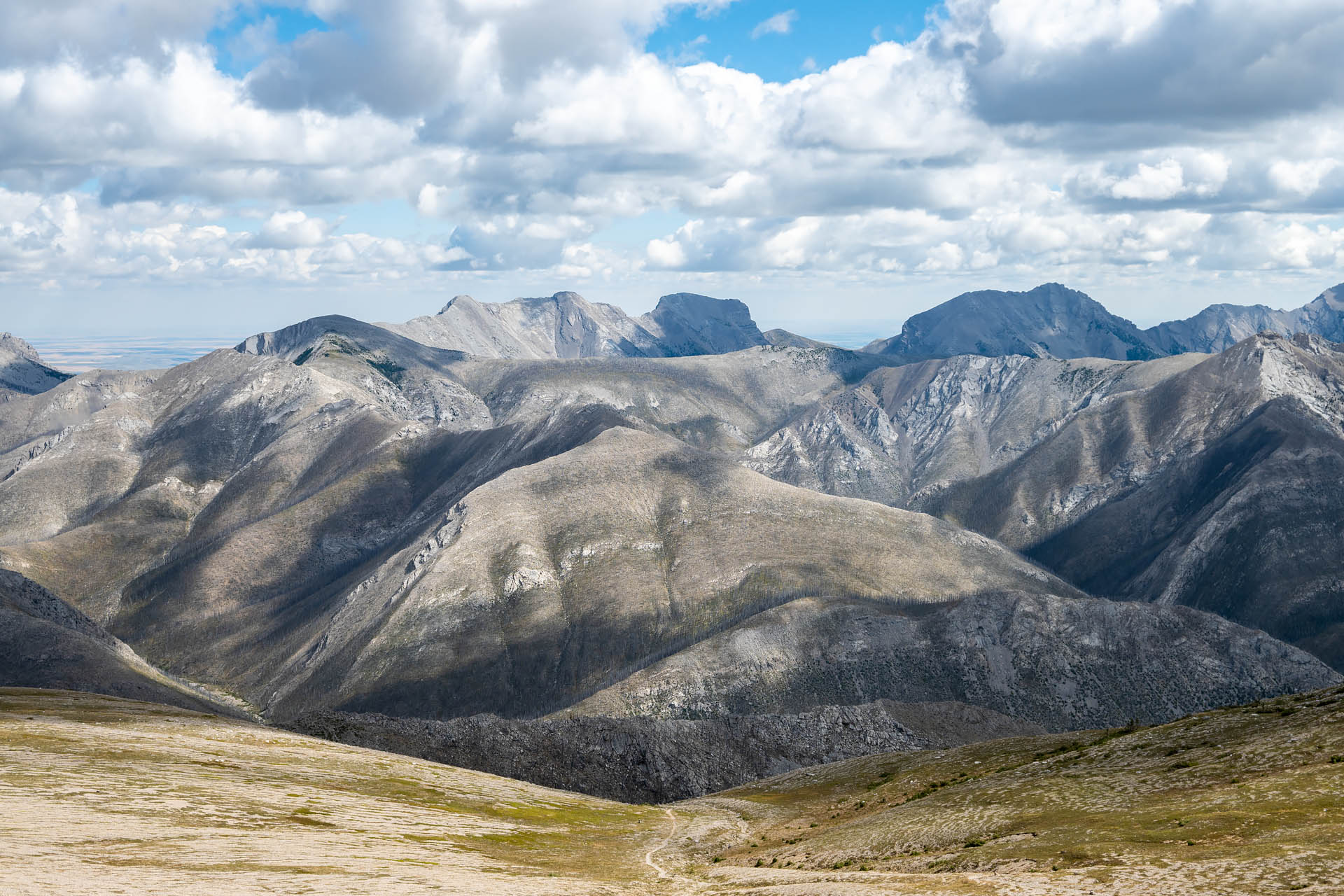 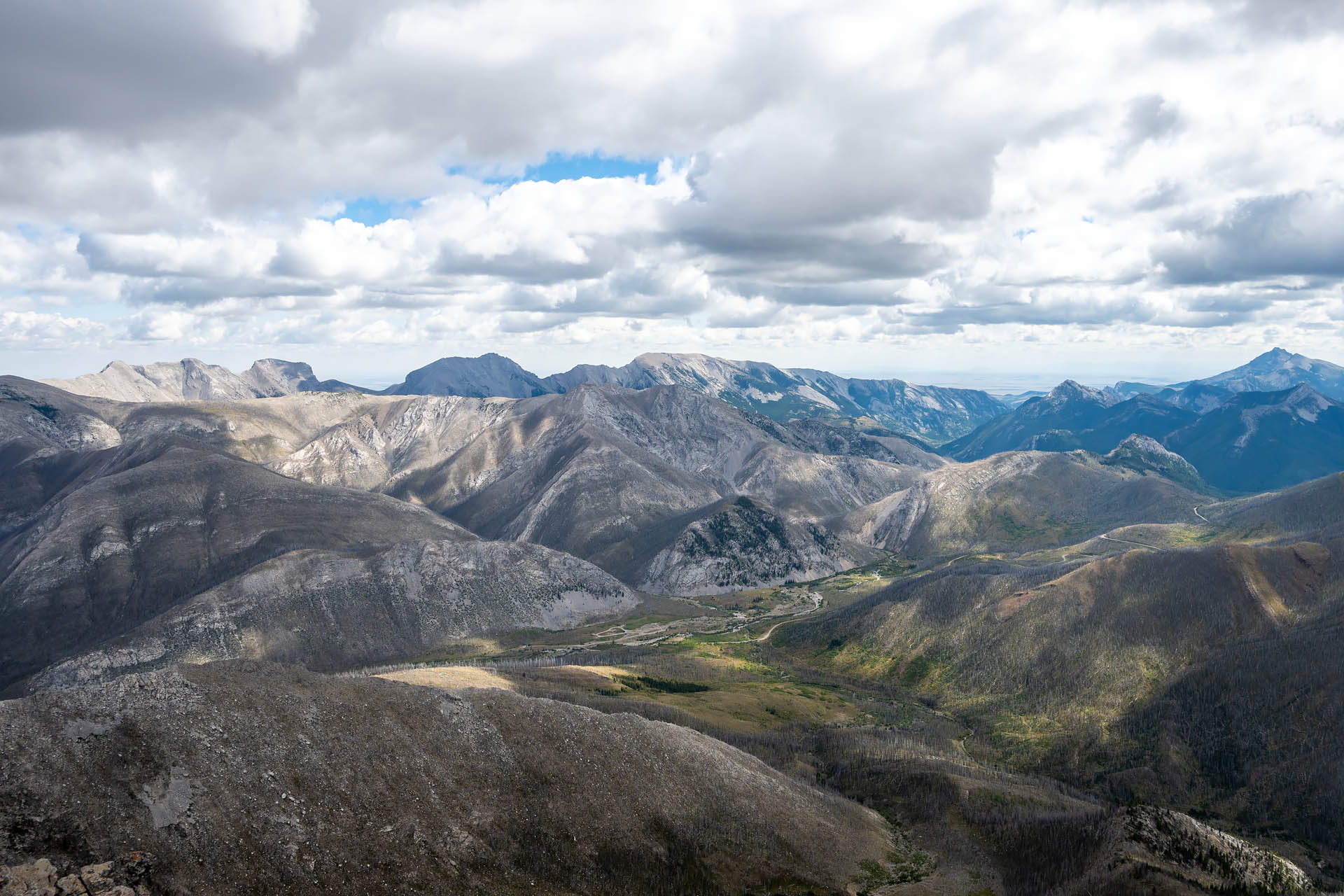 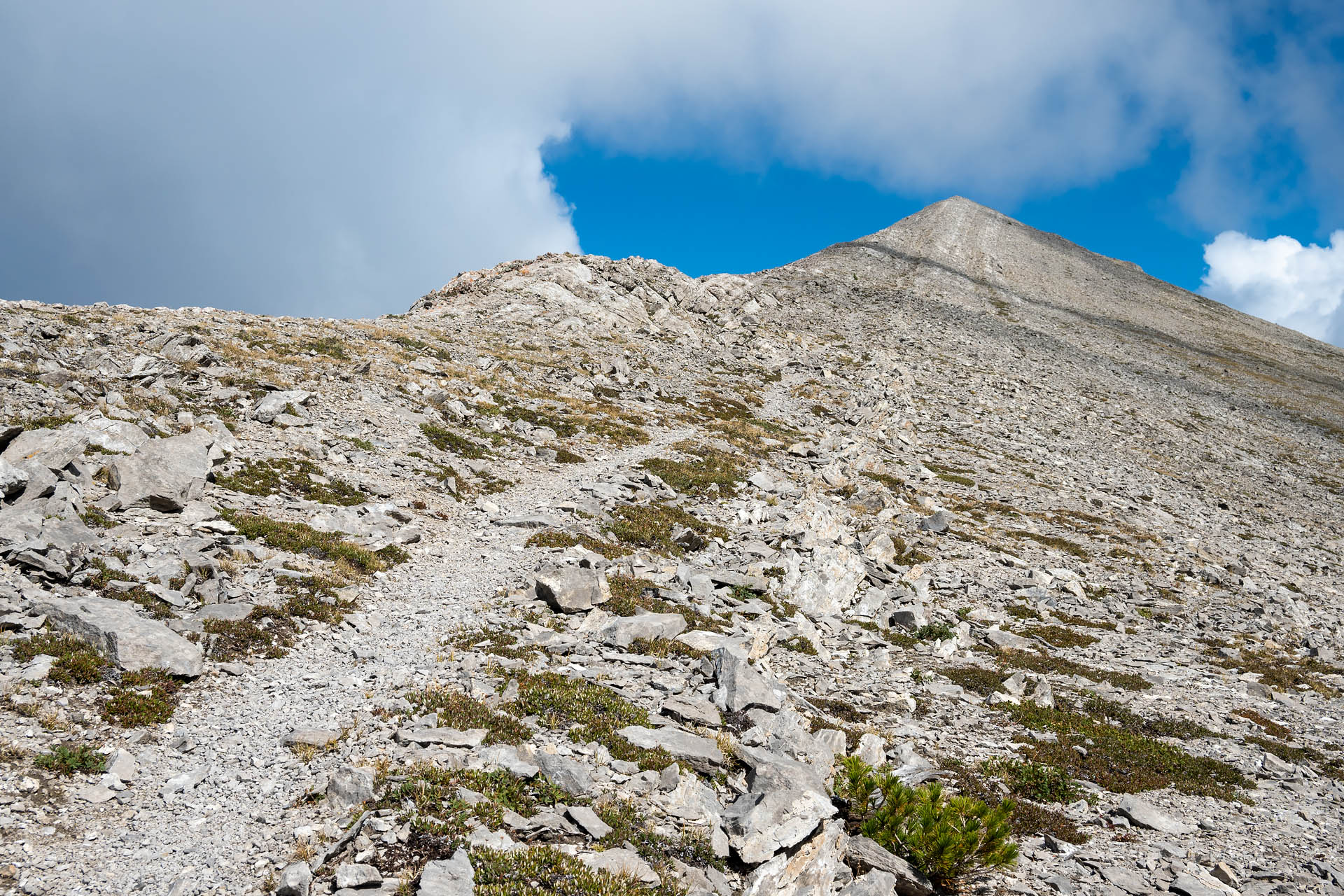 While the peak itself may not look like much, the views from the top are pretty impressive. The summit is completely surrounded by craggy crests – including the neighboring peaks of the Sawtooth Range’s eastern front, and layer upon layer of mountains stretching endlessly to the north, west and south. Looking just west, we were particularly taken with the serrated spine of aptly-named Corrugate Ridge – a four-mile pleat running along the Continental Divide. 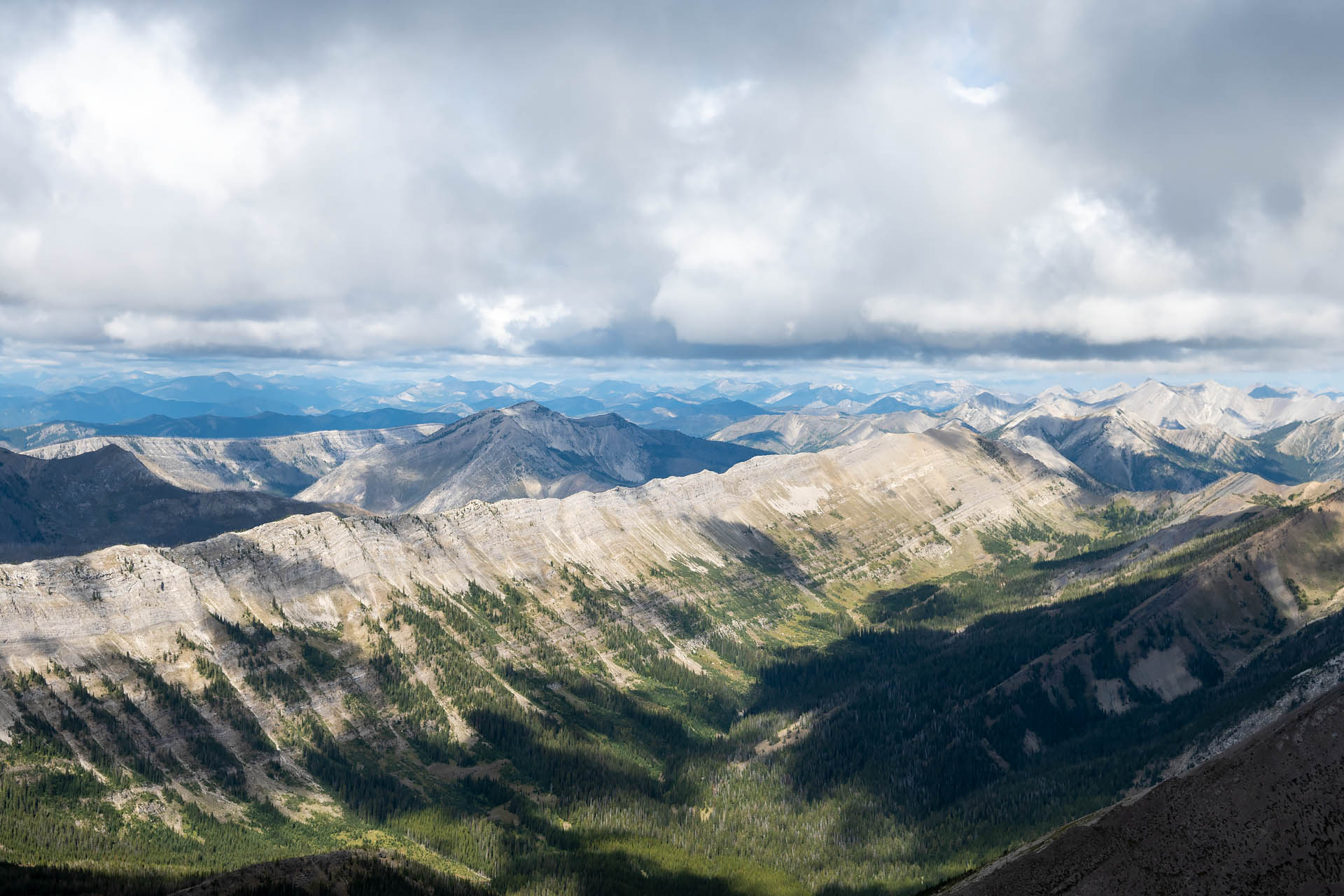 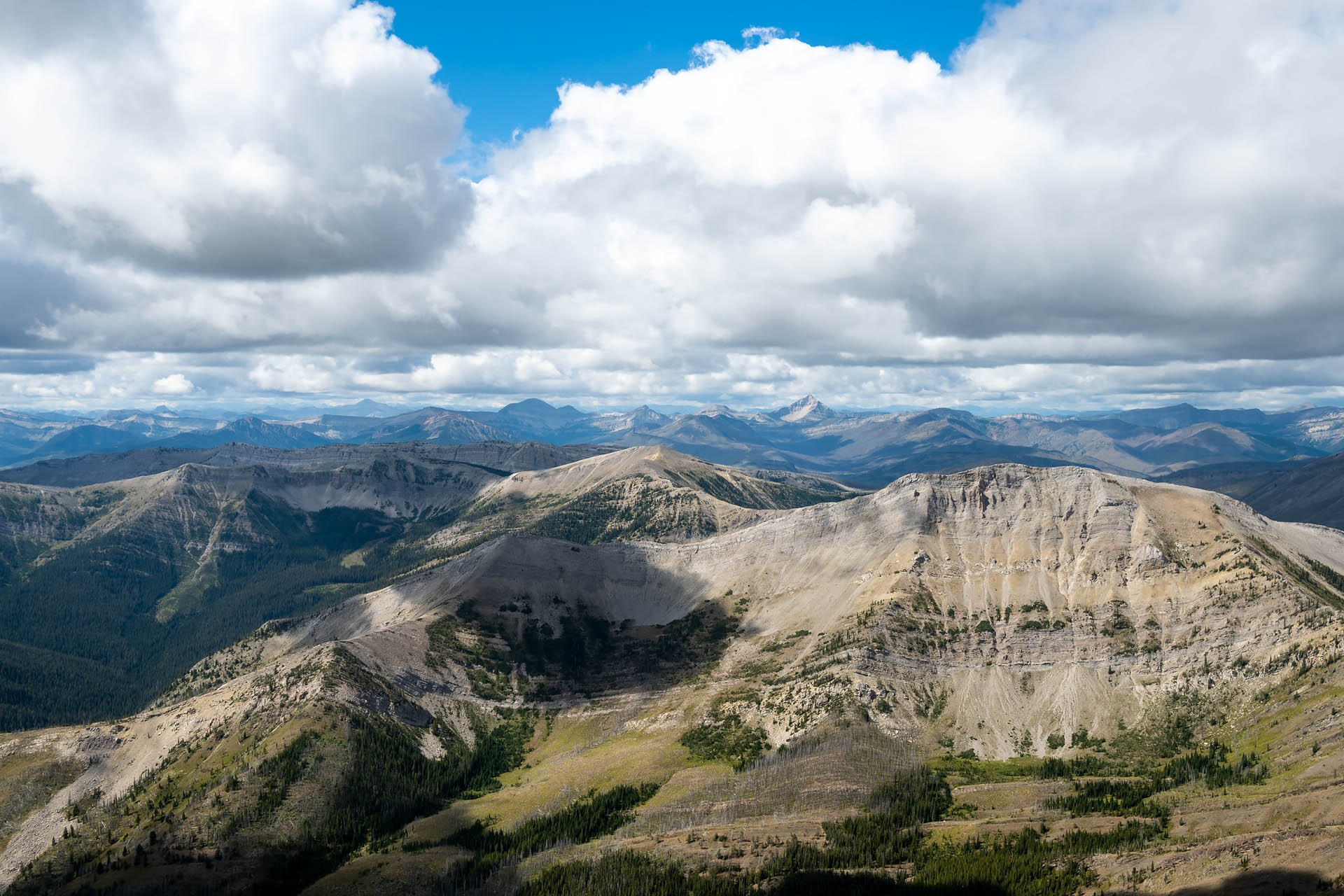 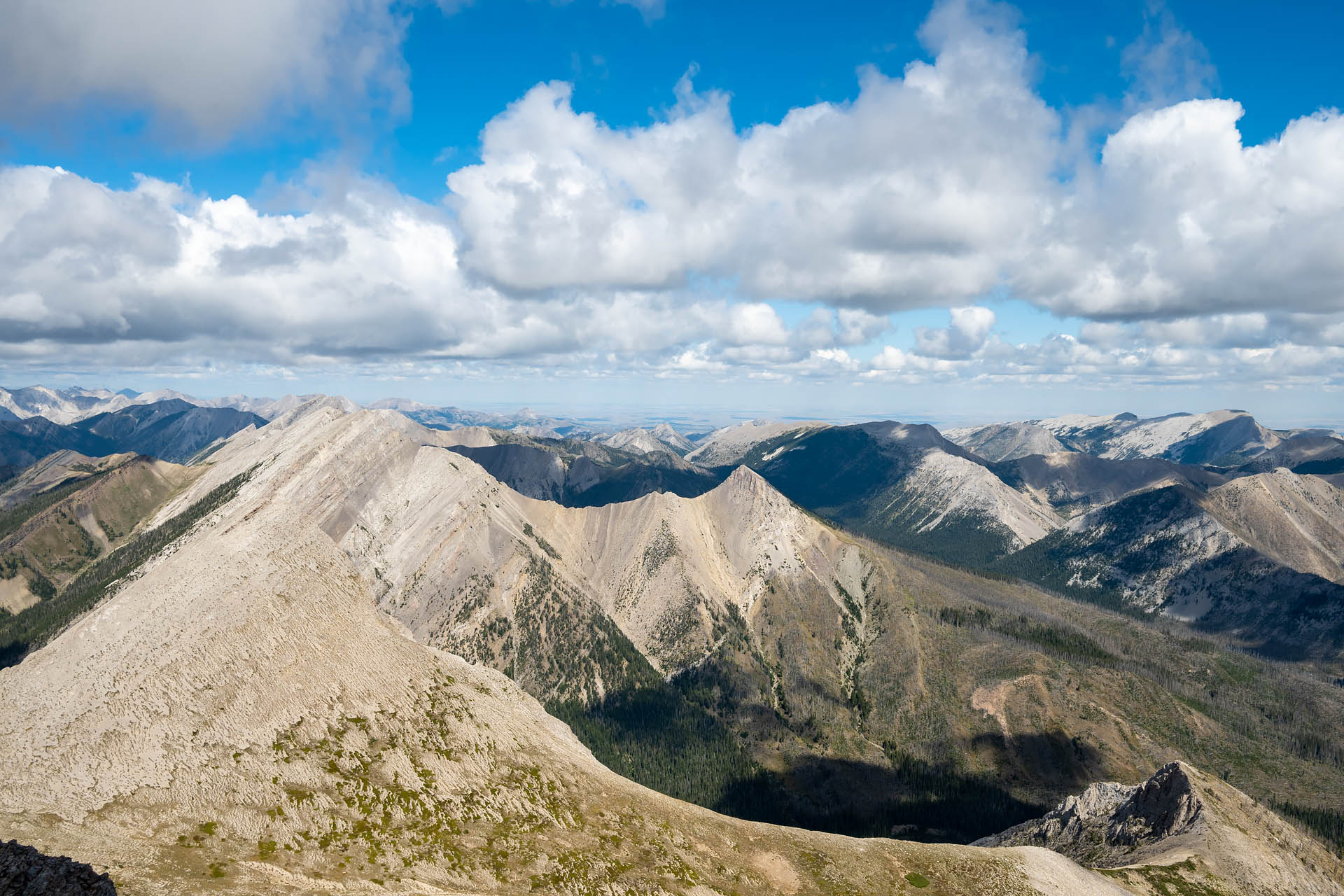 After descending back to the saddle, we decided to pop over to Mt. Wright’s shorter south summit for a different look at The Bob. Sanchez was particularly tickled with this decision, as she asked (tugged) to head in that direction. While there’s no trail to the top, it’s easy to follow the ridgeline for the quick, quarter-mile one-way trip. And if you’ve got an eager Thai street dog at the helm, it’s particularly speedy. Looking back at Mt. Wright’s true summit, you really get a perspective for how rugged The Bob’s mountainous terrain is. Made up of Castle Reef Dolomite and Allan Mountain Limestone, Mt. Wright is basically just a pile of rubble from the ancient, uplifted reefs that covered this area more than 300 million years ago. 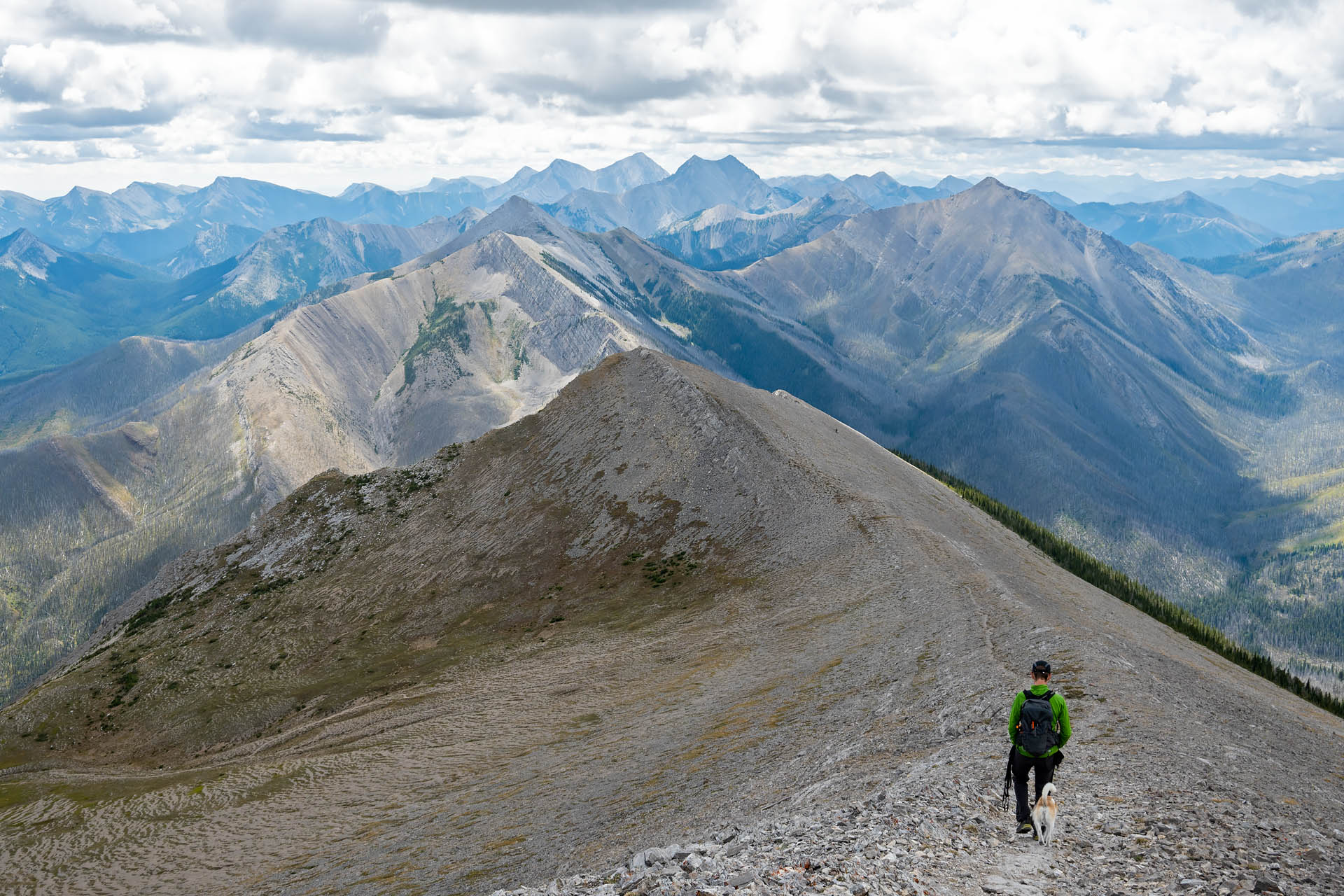 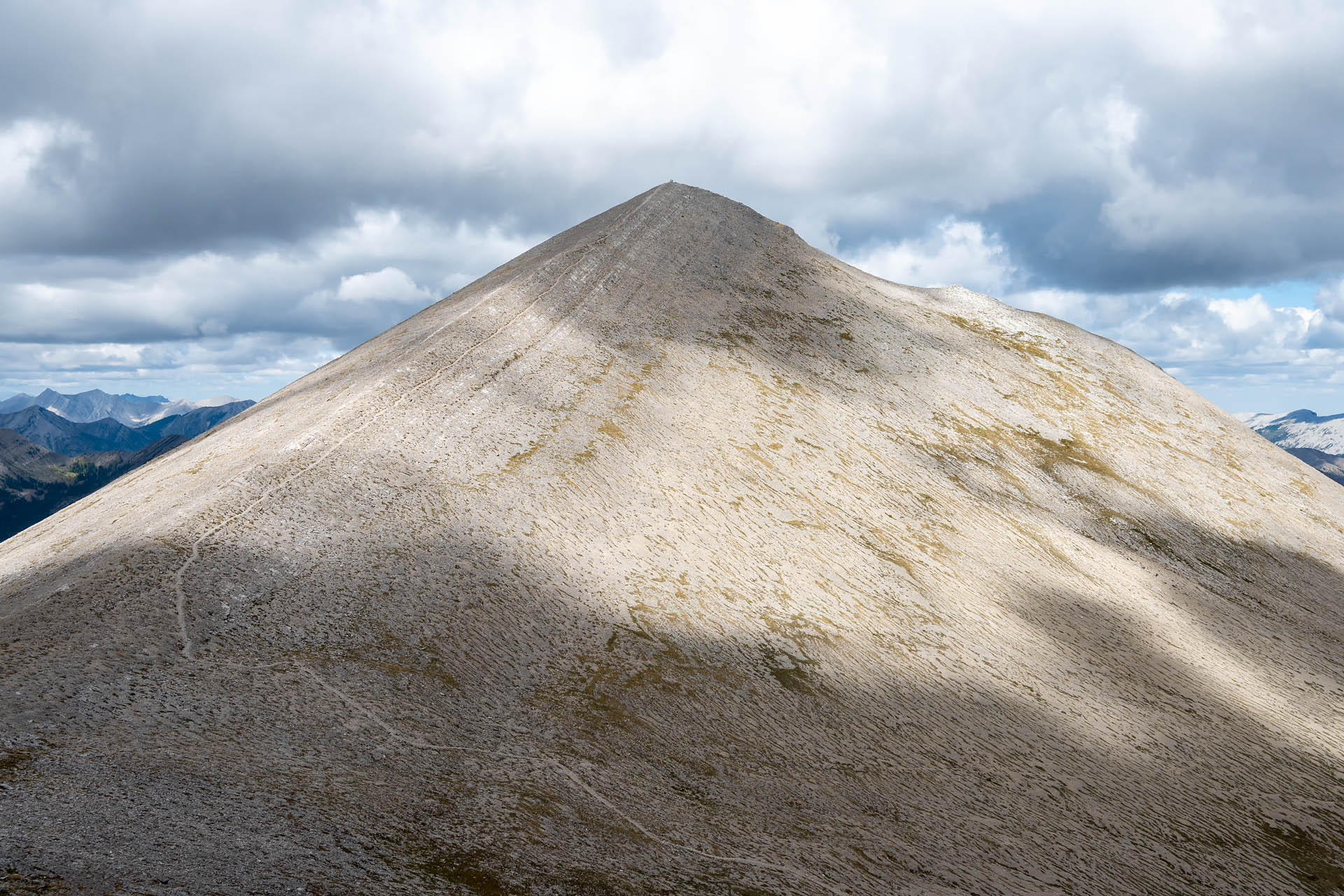 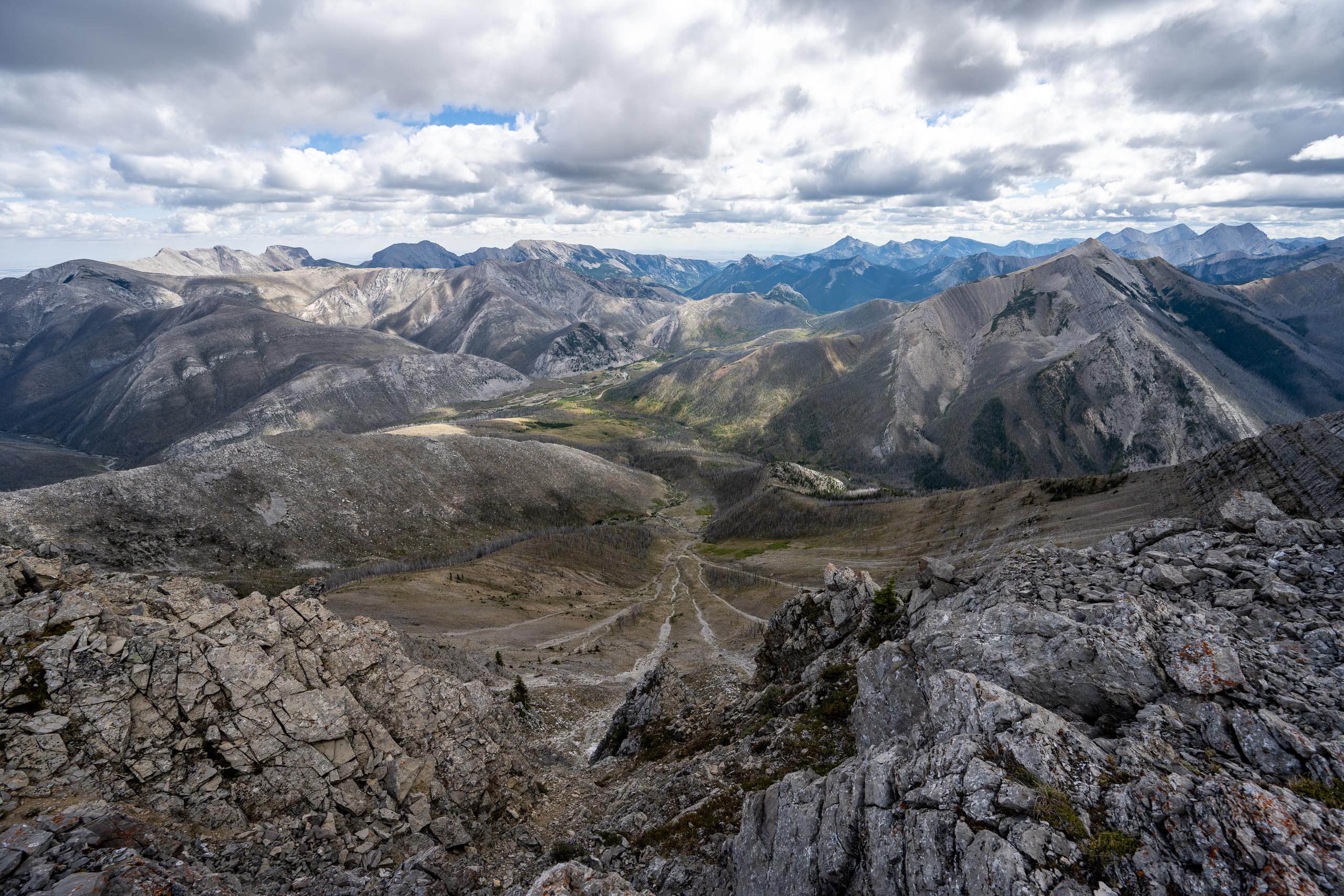 Overall, we really enjoyed this trail. It may not offer the same dramatic landscape everyone lusts after in Glacier, but it really feels like you’ve entered a wild and remote swath of Montana’s backcountry. And for all you geology geeks out there, this area is just such a cool piece of geological history. It certainly thrust this science nerd down a massive rabbit hole of the region’s paleogeology. 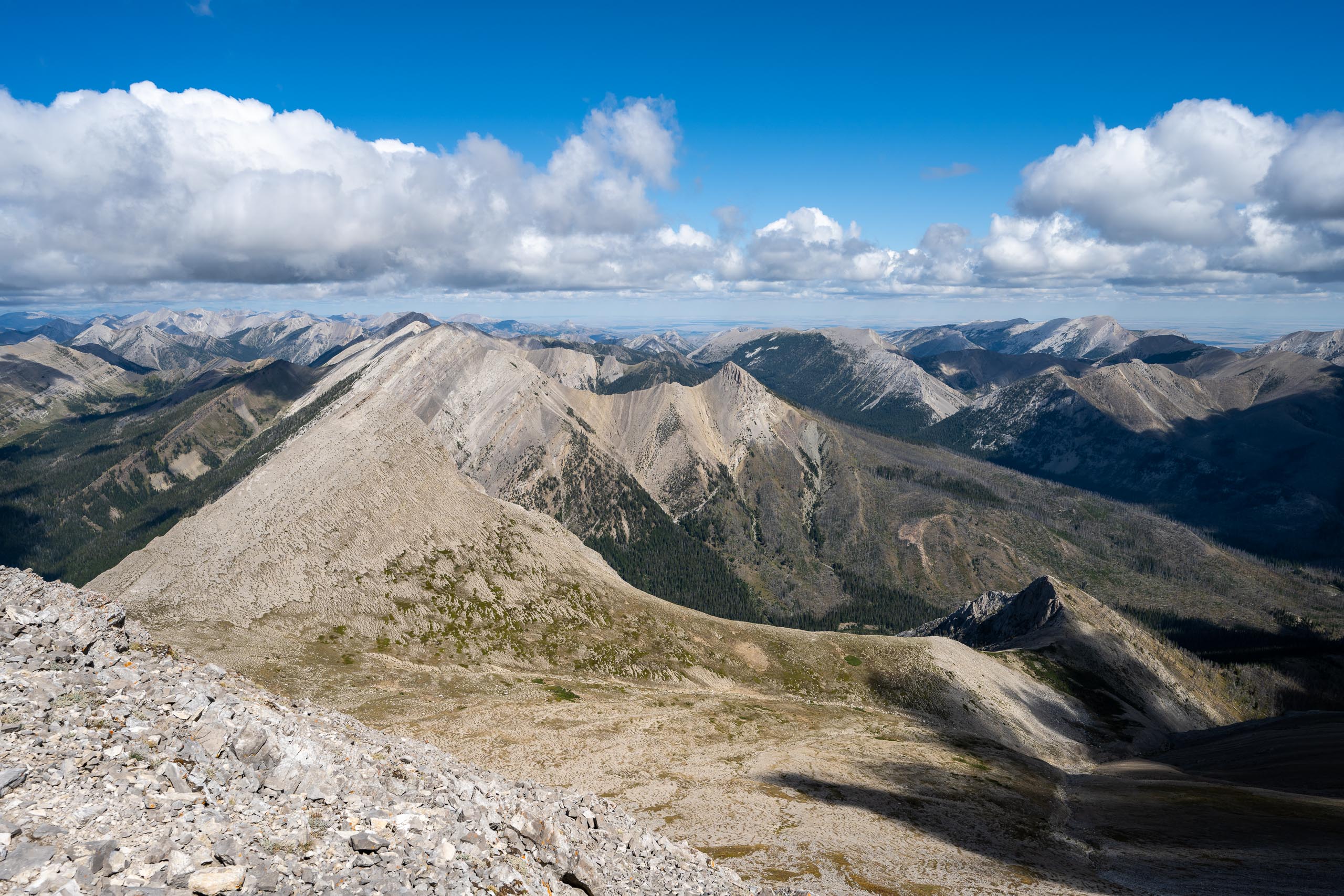 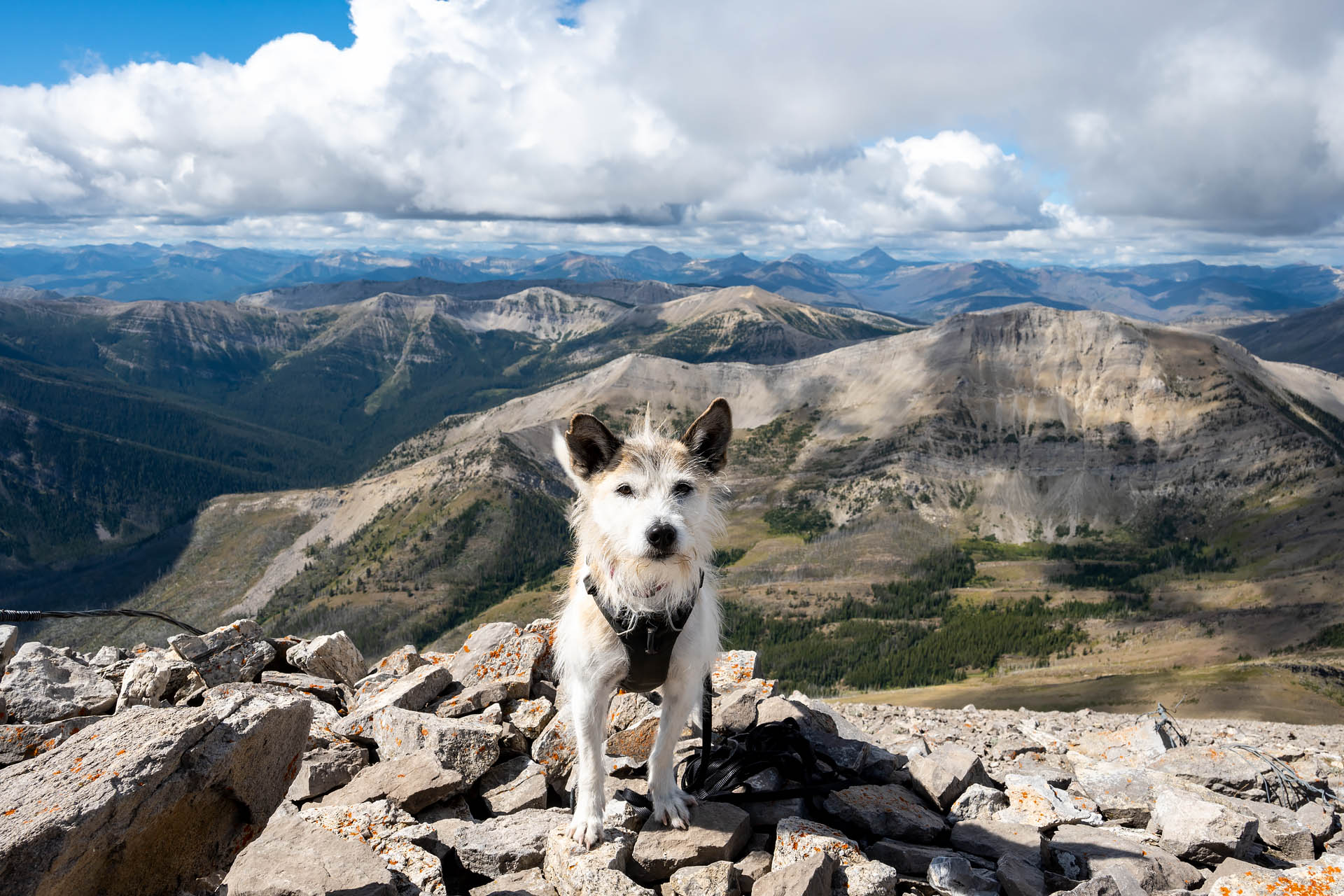 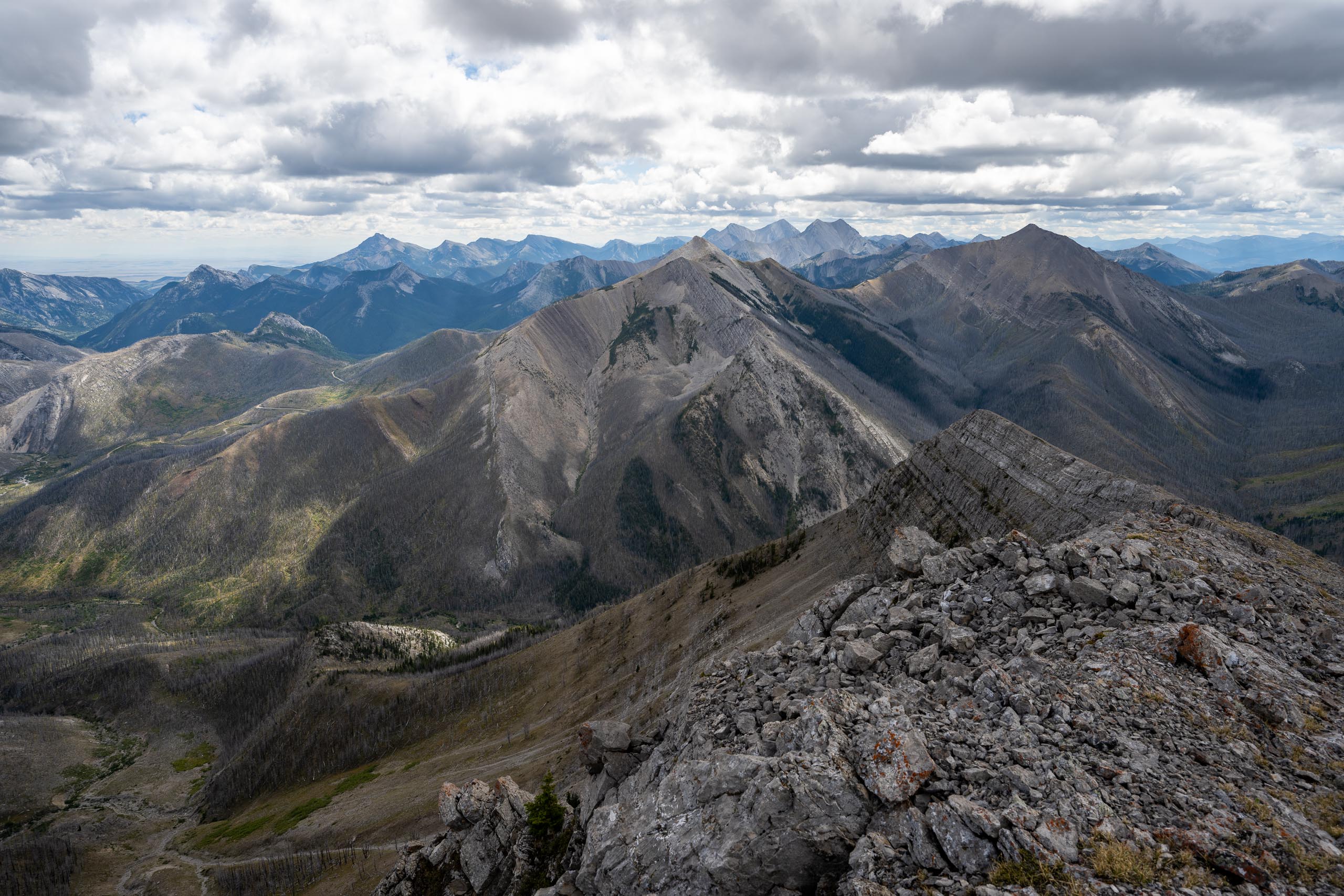 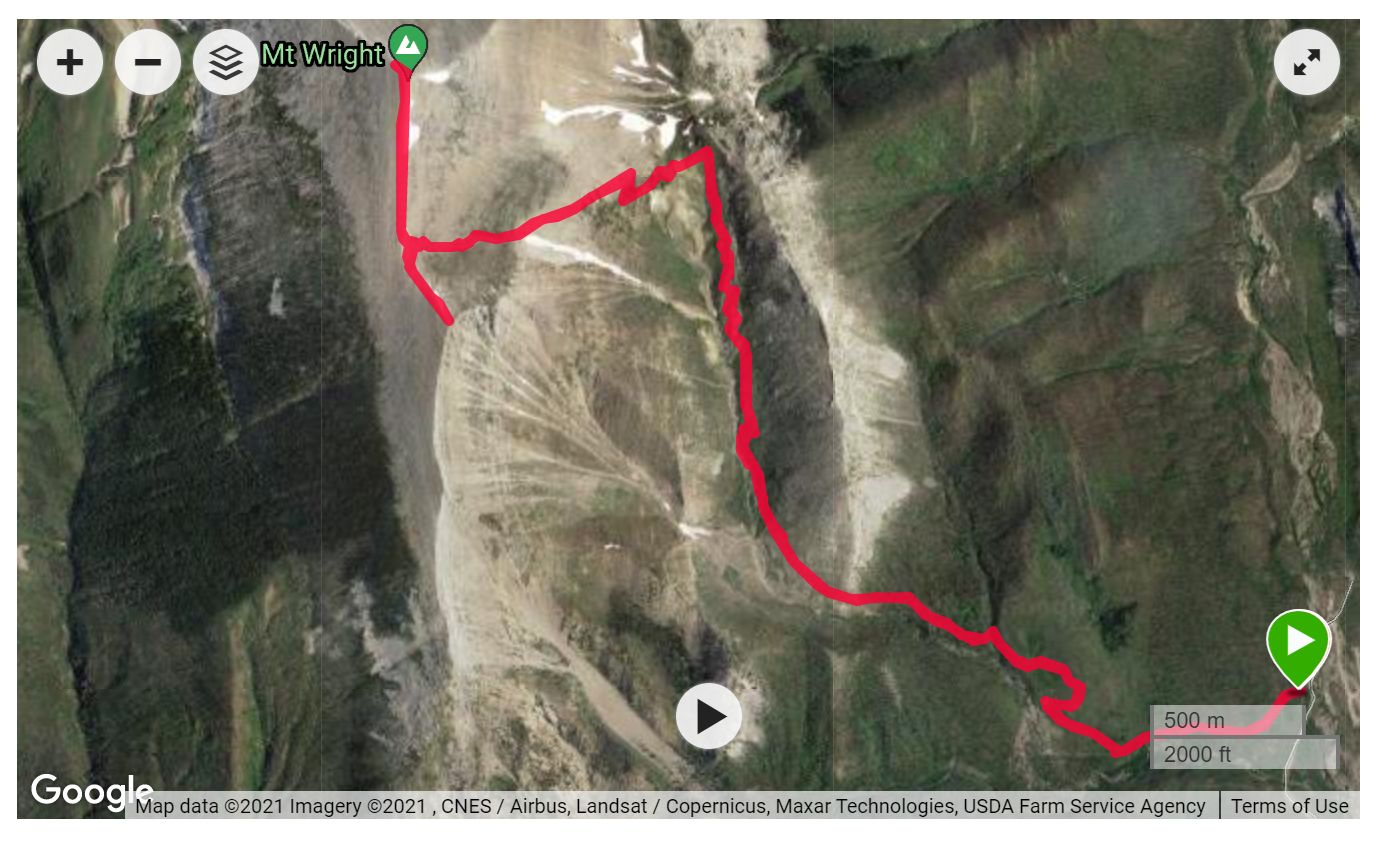