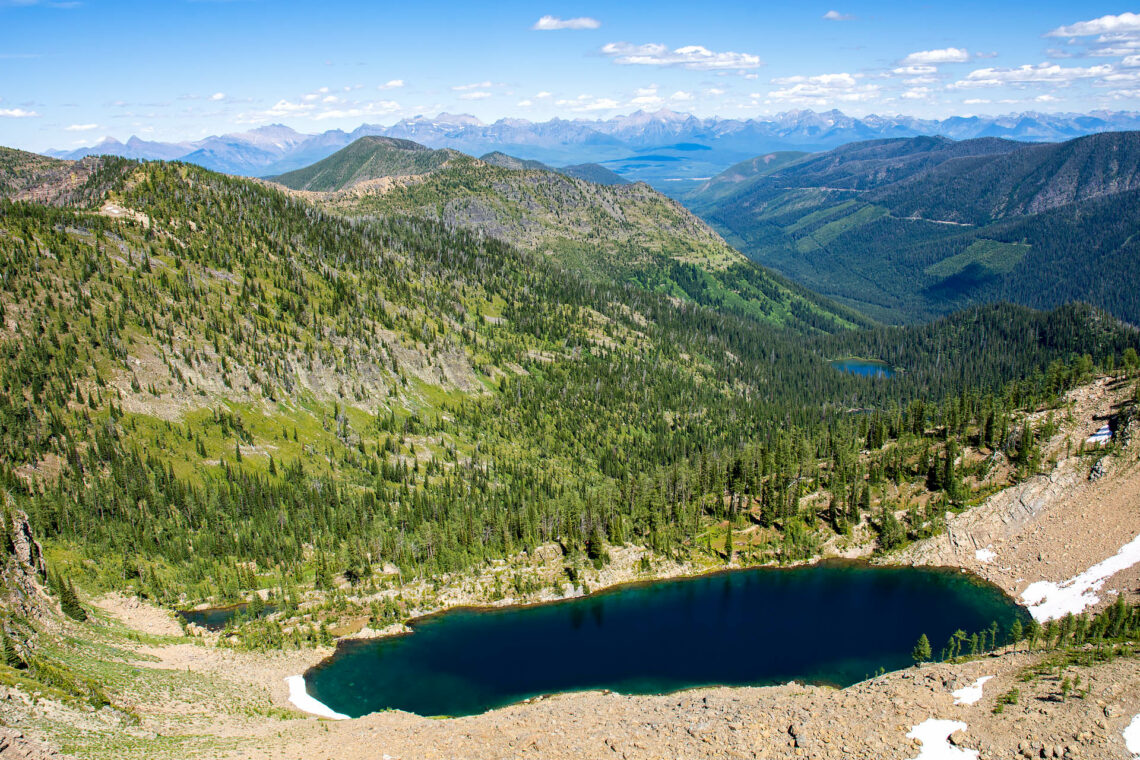 Nasukoin Mountain is the tallest peak in Montana’s Whitefish Range, standing at 8,086 feet. Its summit can be reached via the #375 trail, which offers gorgeous views for most of the trek. The trail also offers a second summit up Lake Mountain (7,814’) en route to Nasukoin. The out-and-back hike is ~12 miles with just over 3,700 feet of elevation gain. There’s even an option for a short, one-mile round-trip detour to Link Lake (#372) if you’re looking to cool off after the hike.

The route to Nasukoin’s summit is uncomplicated and easy to follow, though it’s worth noting that this trail is not as well signed as many of the others we’ve hiked in the Flathead. There’s actually not even a sign at the trailhead to direct you. You’ll begin on the trail to the right (#372 for Link Lake that joins #375 after ~1 mile). The trail to left puts you on the 37-mile long Whitefish Divide Trail (#26).

Beginning on the trail to the right, it’s a gradual climb through a series of gentle switchbacks through a dense, buggy forest (bring spray, the mosquitoes here are fierce). After about one mile the trail forks, with the right heading to Link Lake (continuing on #372) and the left heading to Lake and Nasukoin Mountains (the start of #375) – though, again, there’s no sign here. Following the split to the left, the trail continues to climb fairly gently for another 1.5 miles before opening onto a scenic ridge just below the summit of Lake Mountain. From here, we were afforded the first of many gorgeous views of the surrounding peaks. To the left (west) stood the layered peaks of the Whitefish Range. To our right, the east face of the ridge dropped precipitously, looking straight down onto the sapphire waters of one of the Chain Lakes. 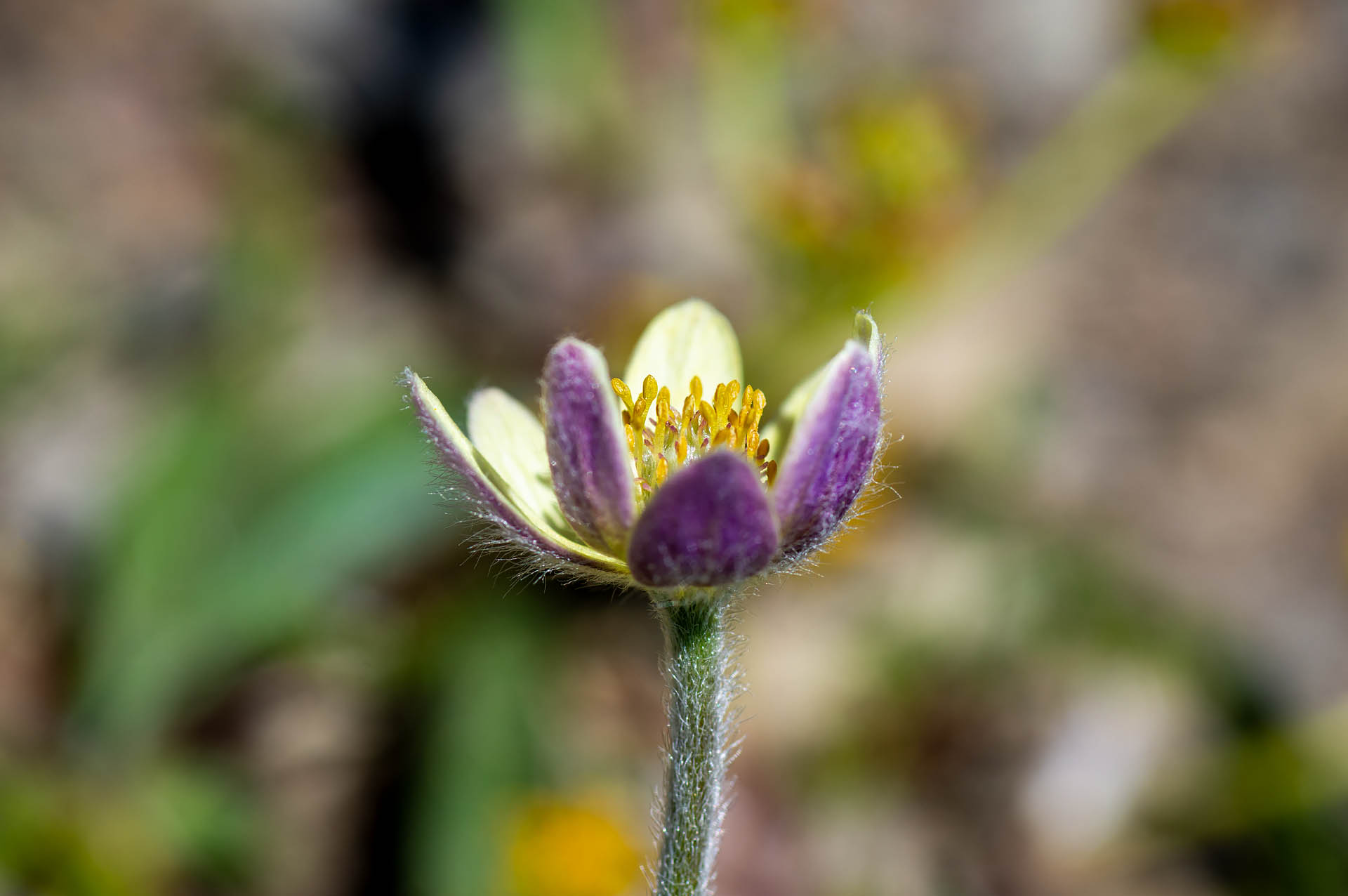 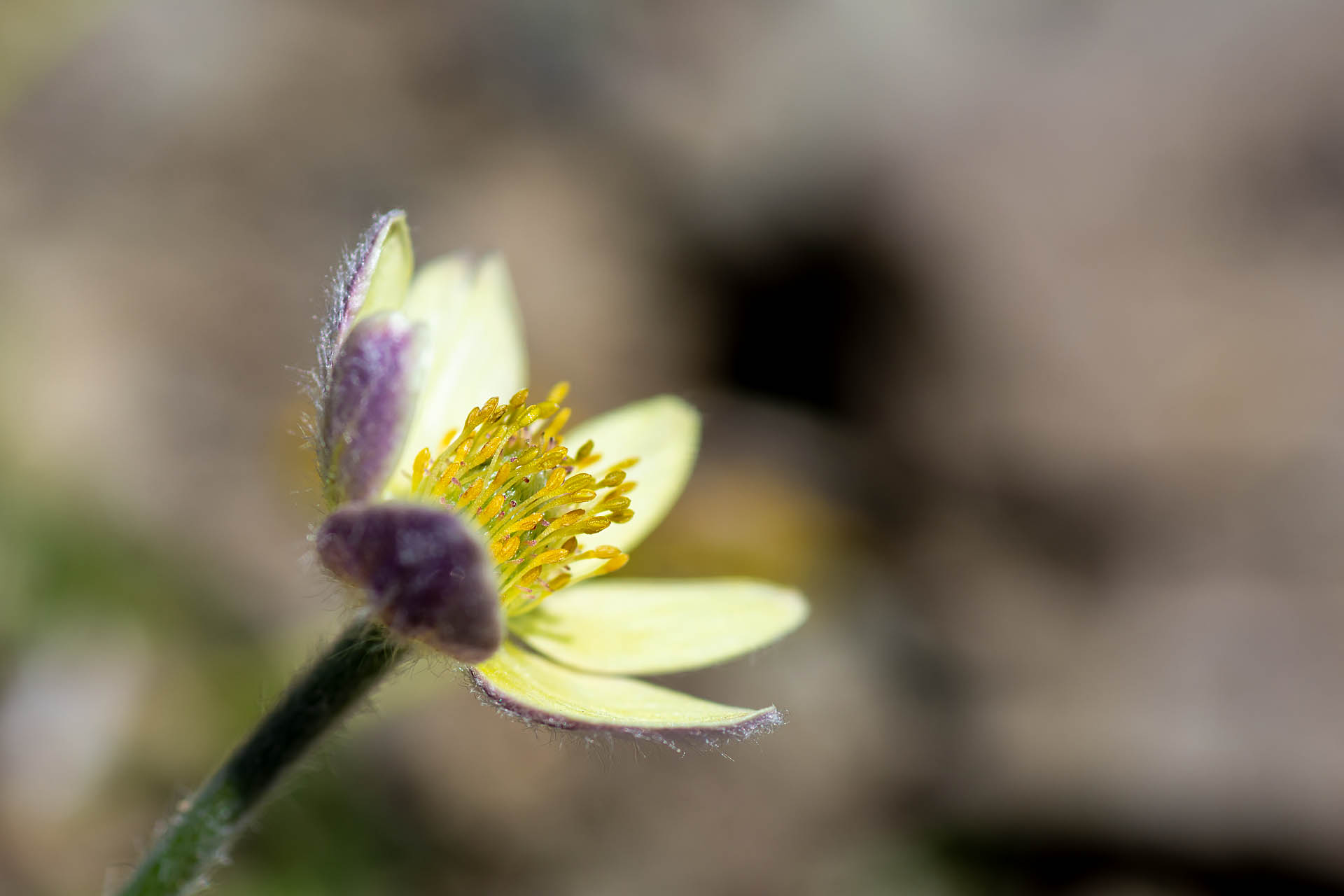 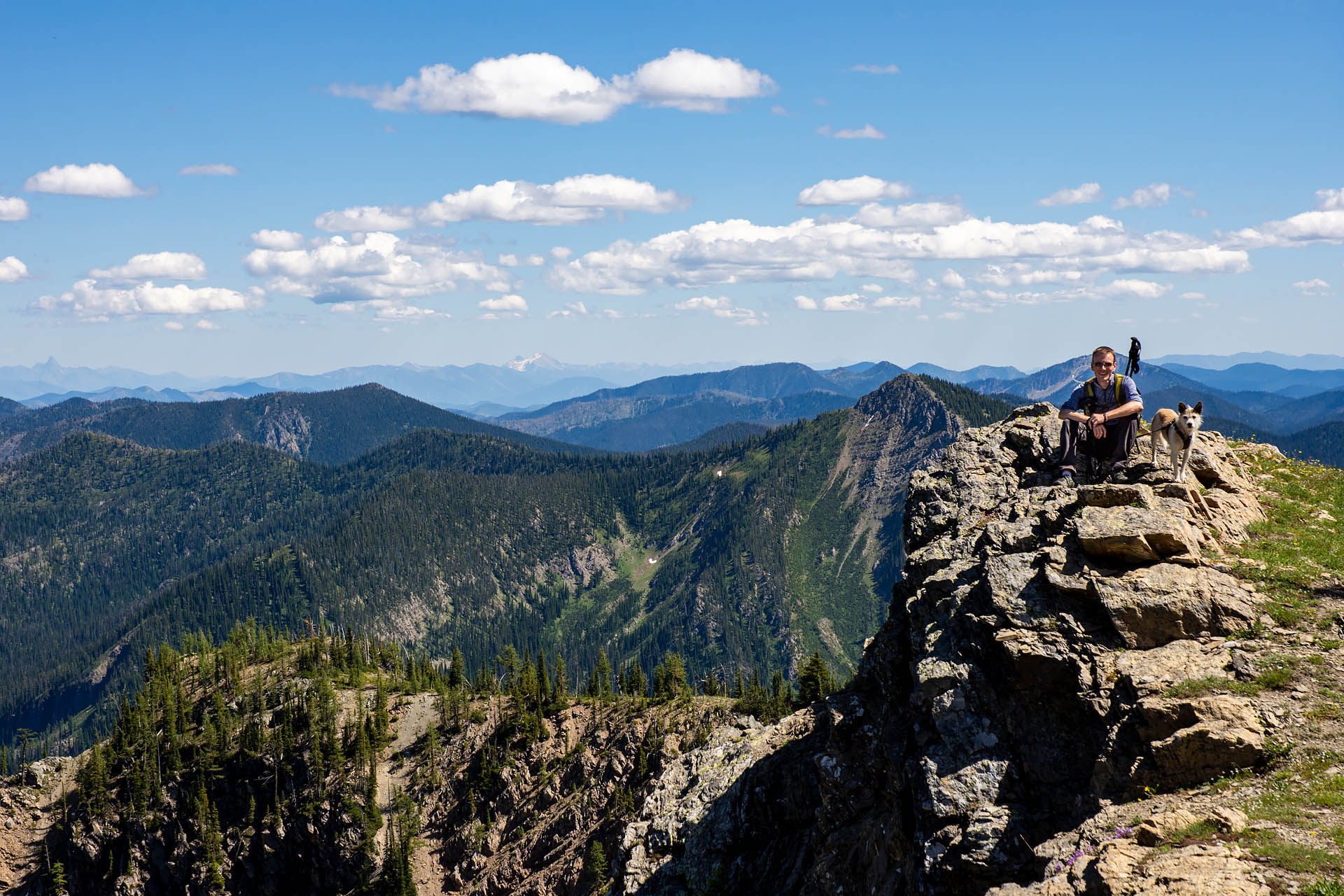 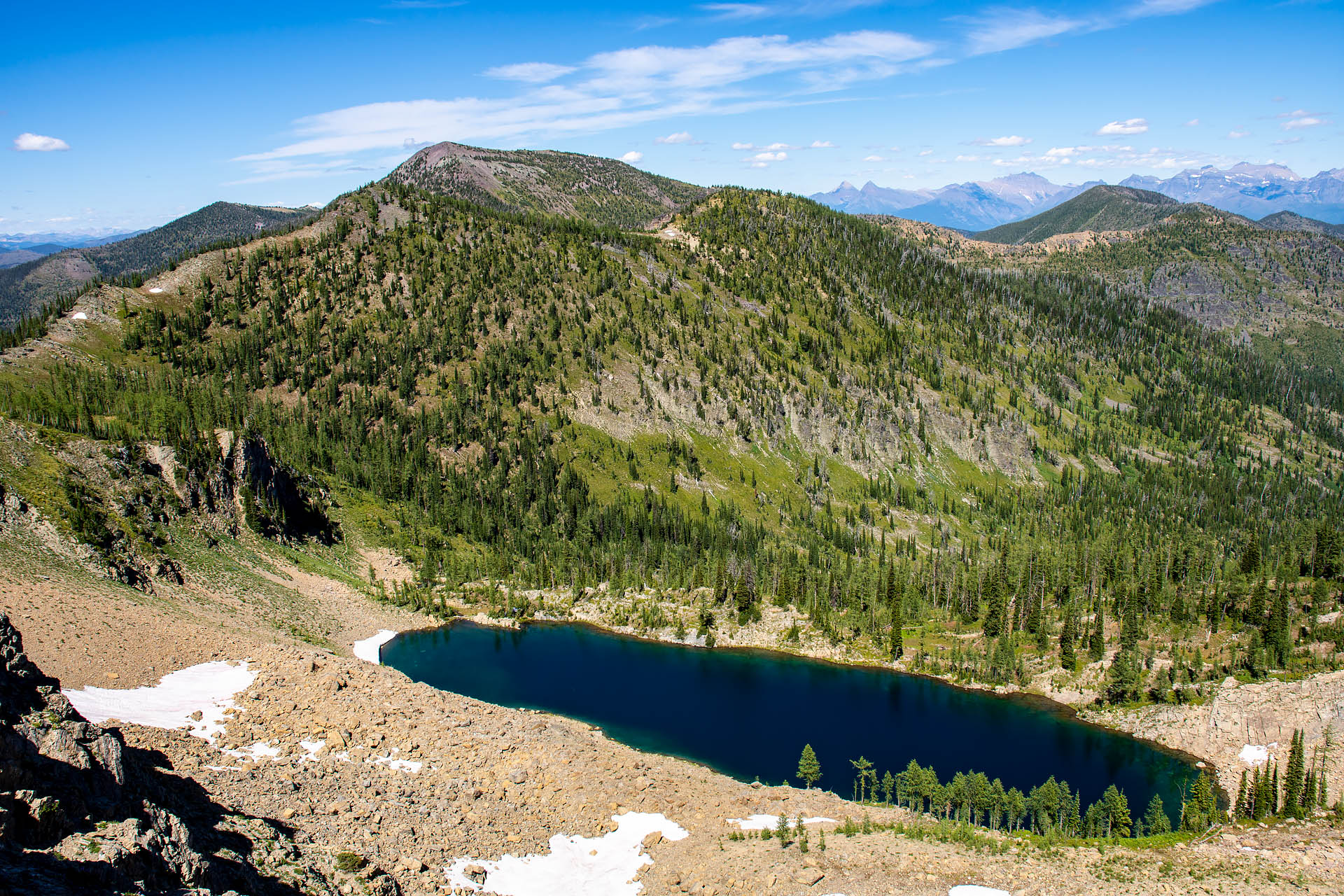 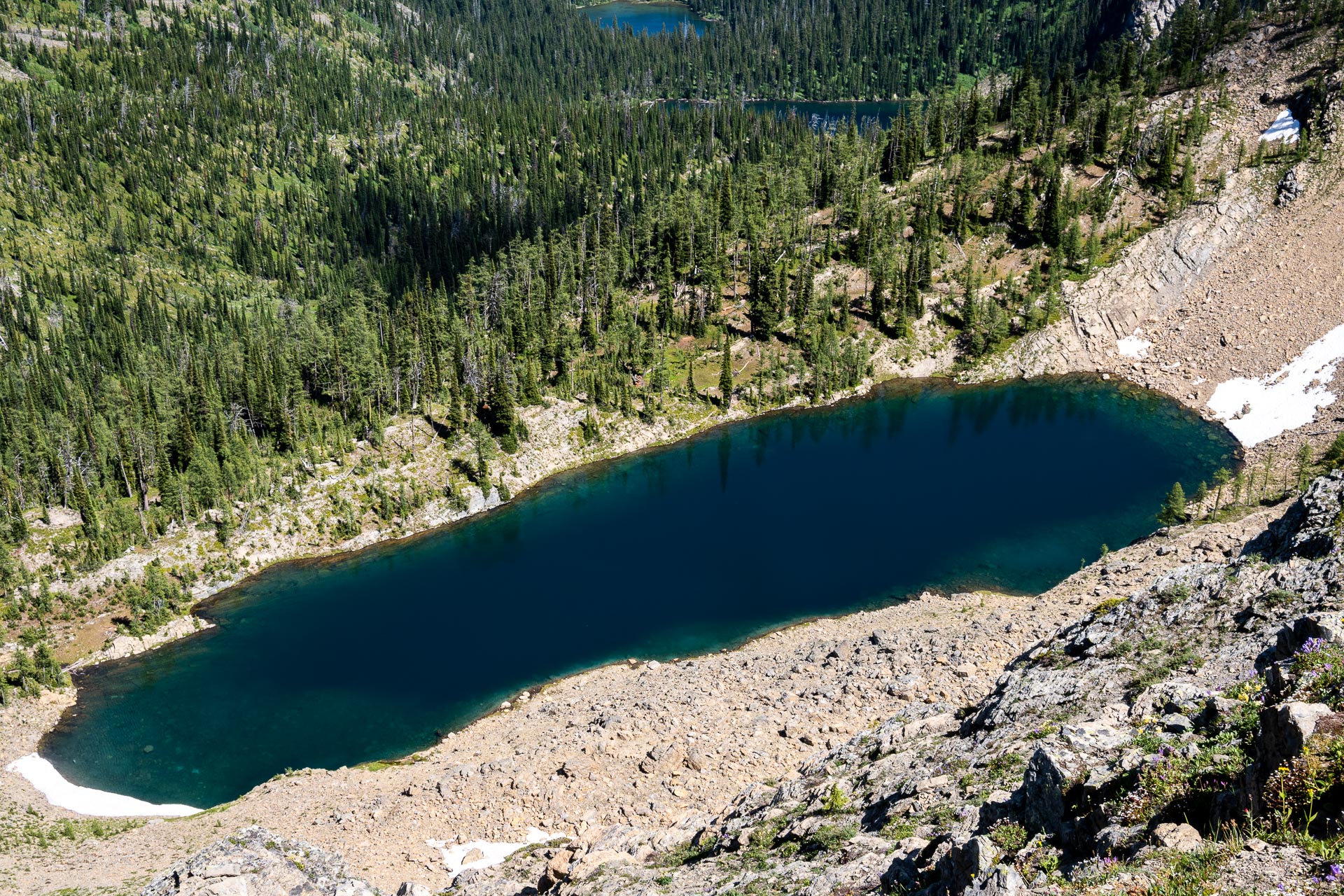 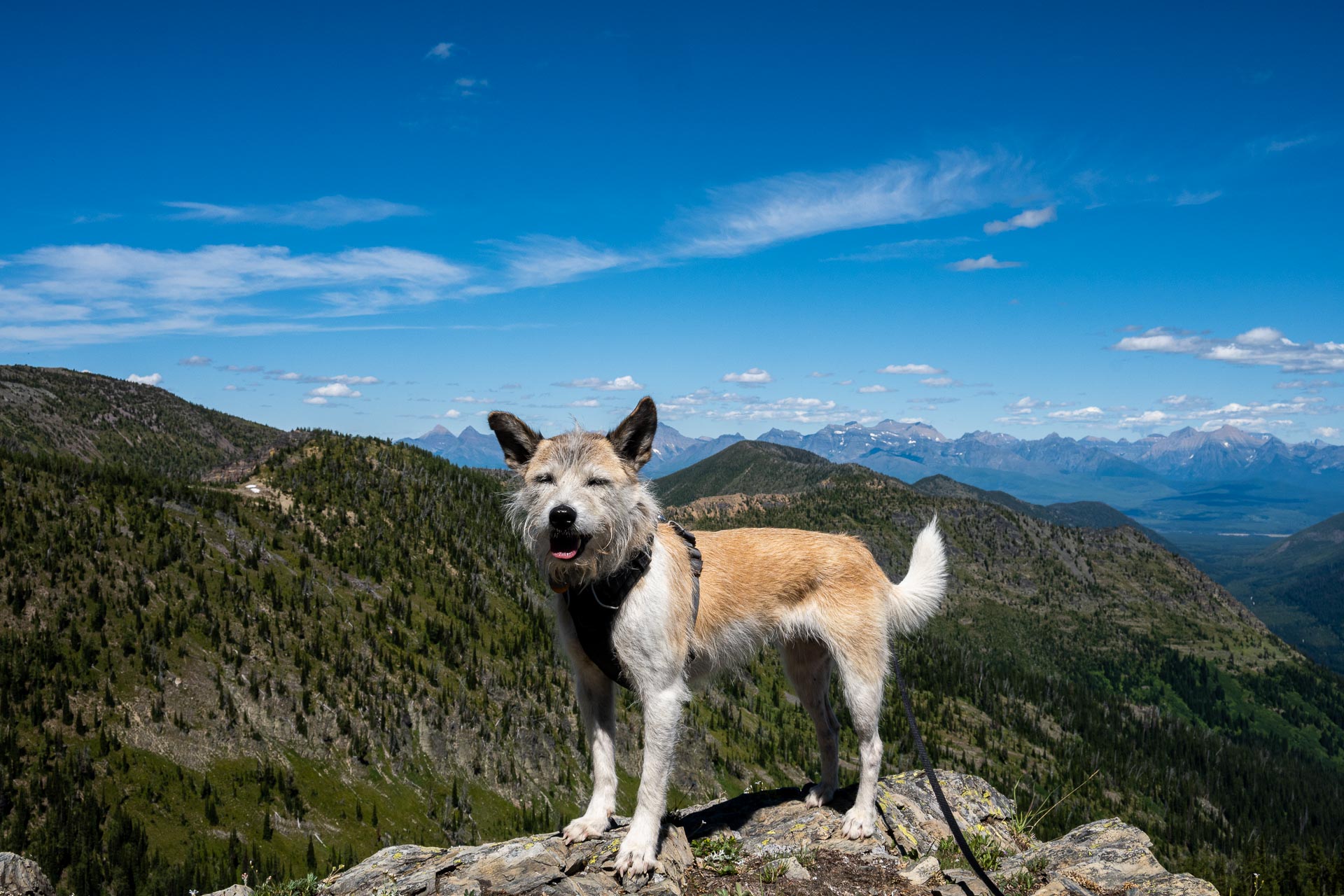 We followed the ridge for another half mile to the summit of Lake Mountain, where we took in panoramic views of the Whitefish Range, with the rocky peaks of Glacier National Park towering in the distance. To the northeast, we could trace the rest of the trail as it skirted the saddle over to Nasukoin Mountain.

The trail then abruptly descended Lake Mountain via a series of 15 switchbacks that began just below the summit (the path down is marked by a small cairn). Zigzagging down the dusty mountainside, the views were expansive and, upon reaching the saddle, the ground squirrels numerous. For you wildlife enthusiasts, there are exactly 162,703 ground squirrels and chipmunks along this stretch of trail. I know this because a certain rodent-obsessed, ex-street dog lost control with each one she saw (or heard). As if we weren’t already carrying enough water and camera gear, Stephan was pumped to intermittently take on an extra 27 pounds of dead weight along the saddle to the second summit. And as you can tell by her refusal to look at the camera, someone was equally pleased that I attempted to document one of several Thai dog timeouts. 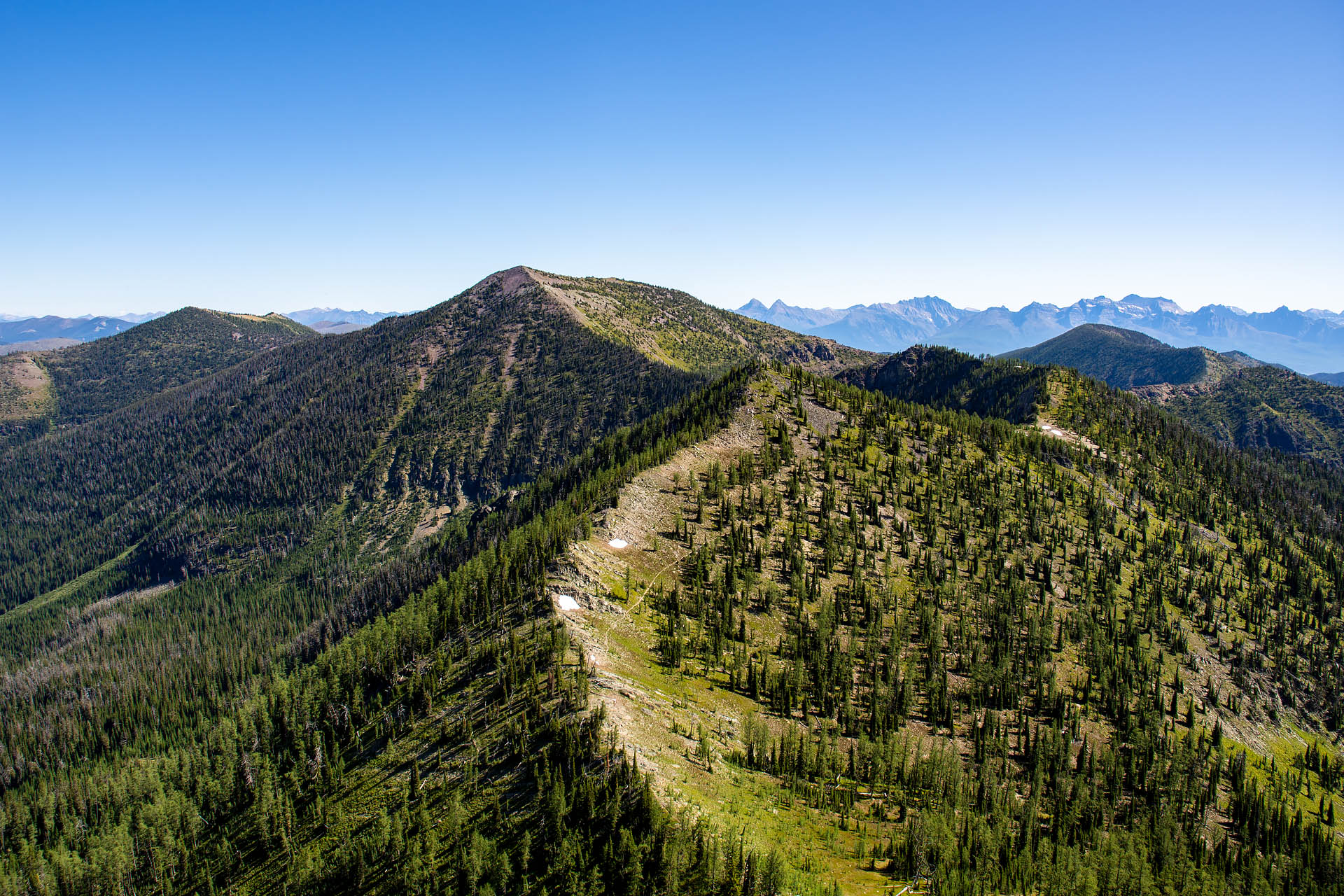 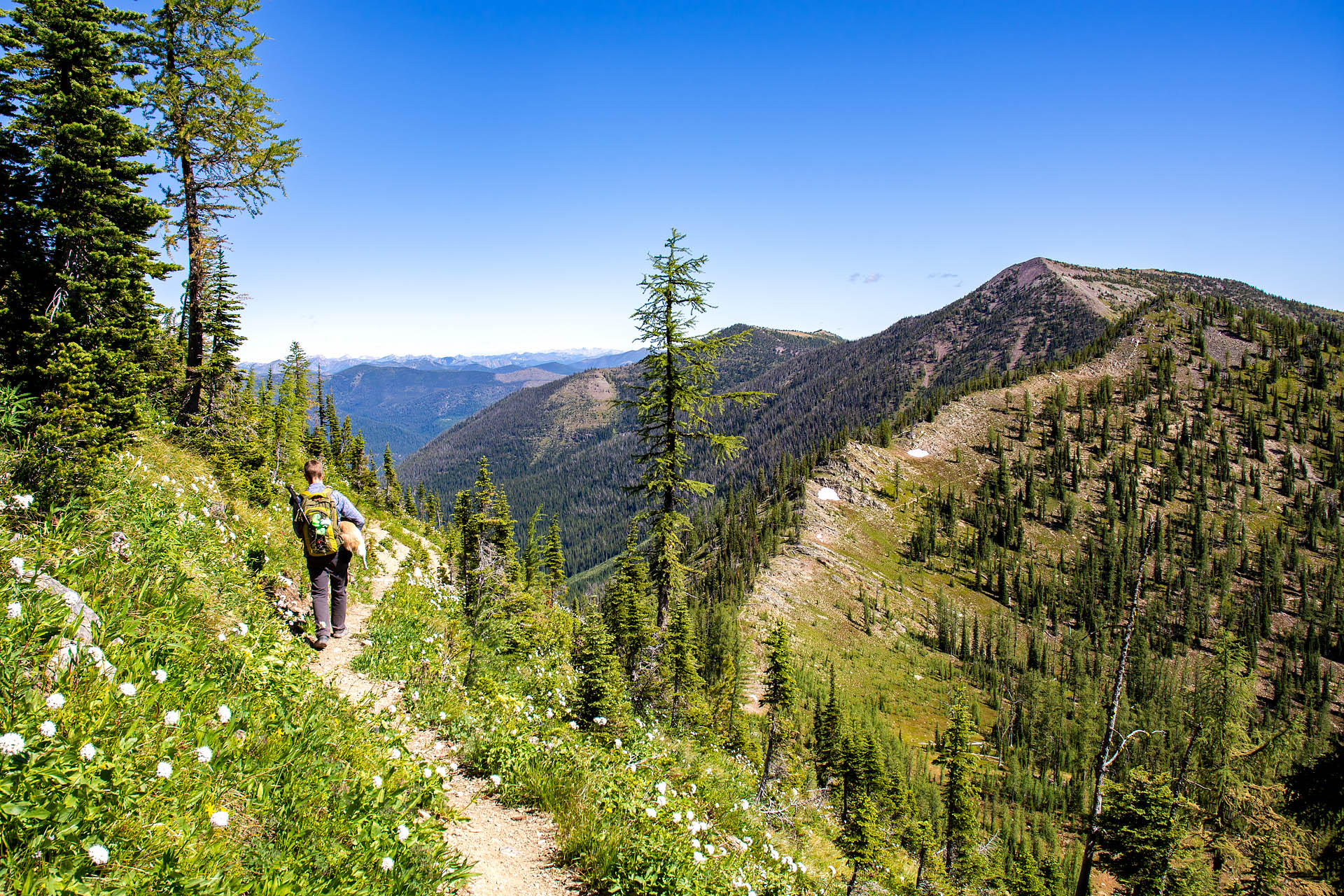 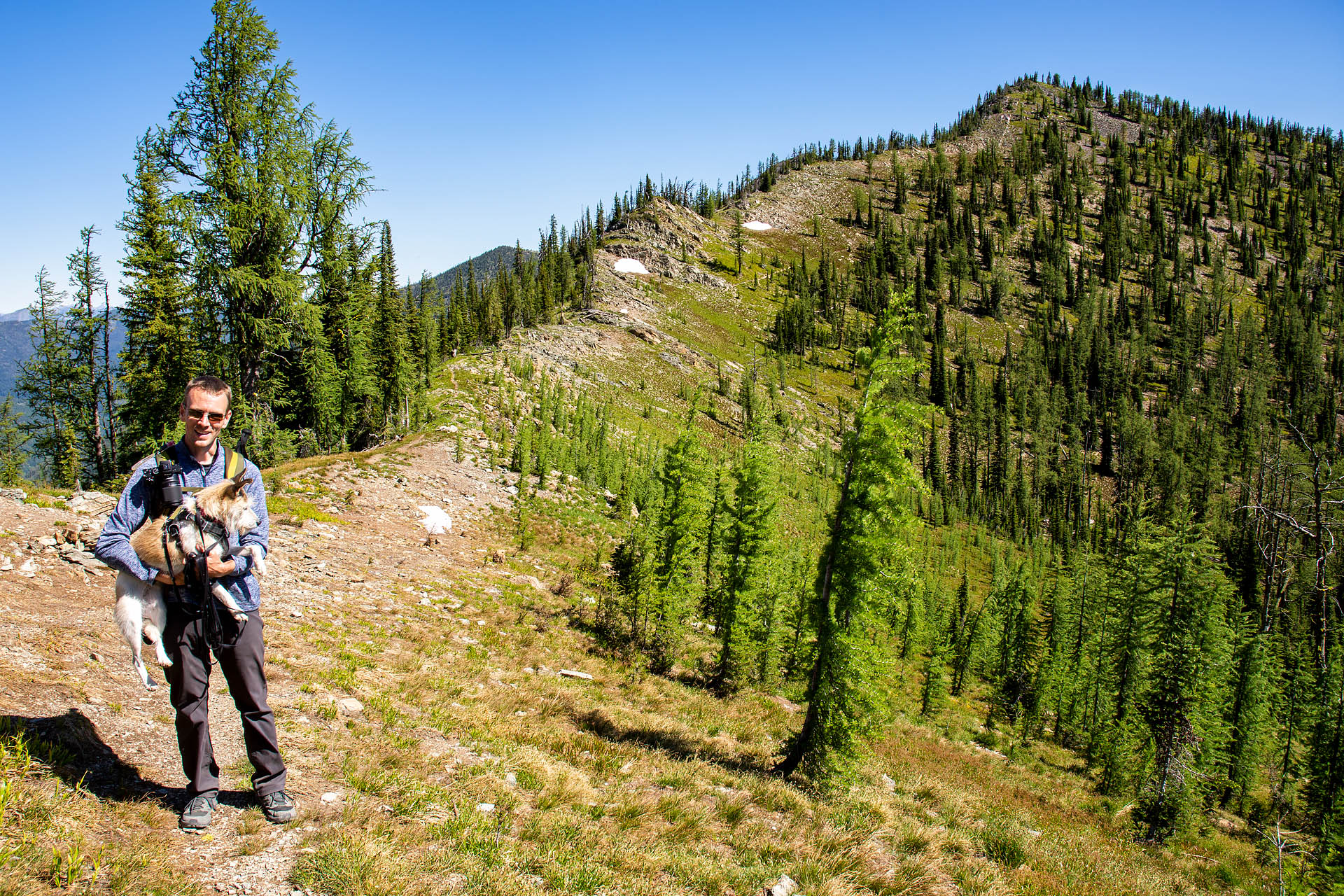 It was another three miles total from summit to summit. The trail dipped down from the saddle before rising again along the eastern slopes of Nasukoin. Even at the end of July, a few stubborn patches of snow clung to the ground above 7,000 feet. When we finally reached Nasukoin’s highpoint, we were treated to expansive views of the peaks of the surrounding Glacier View district. The serrated edge of Glacier’s Lewis Range cut the horizon like a knife to the east, and you could just discern the western edge of Kintla Lake. To the southwest, Lake Mountain and an azure, alpine pool stood at the forefront of never-ending tiers of peaks and valleys. 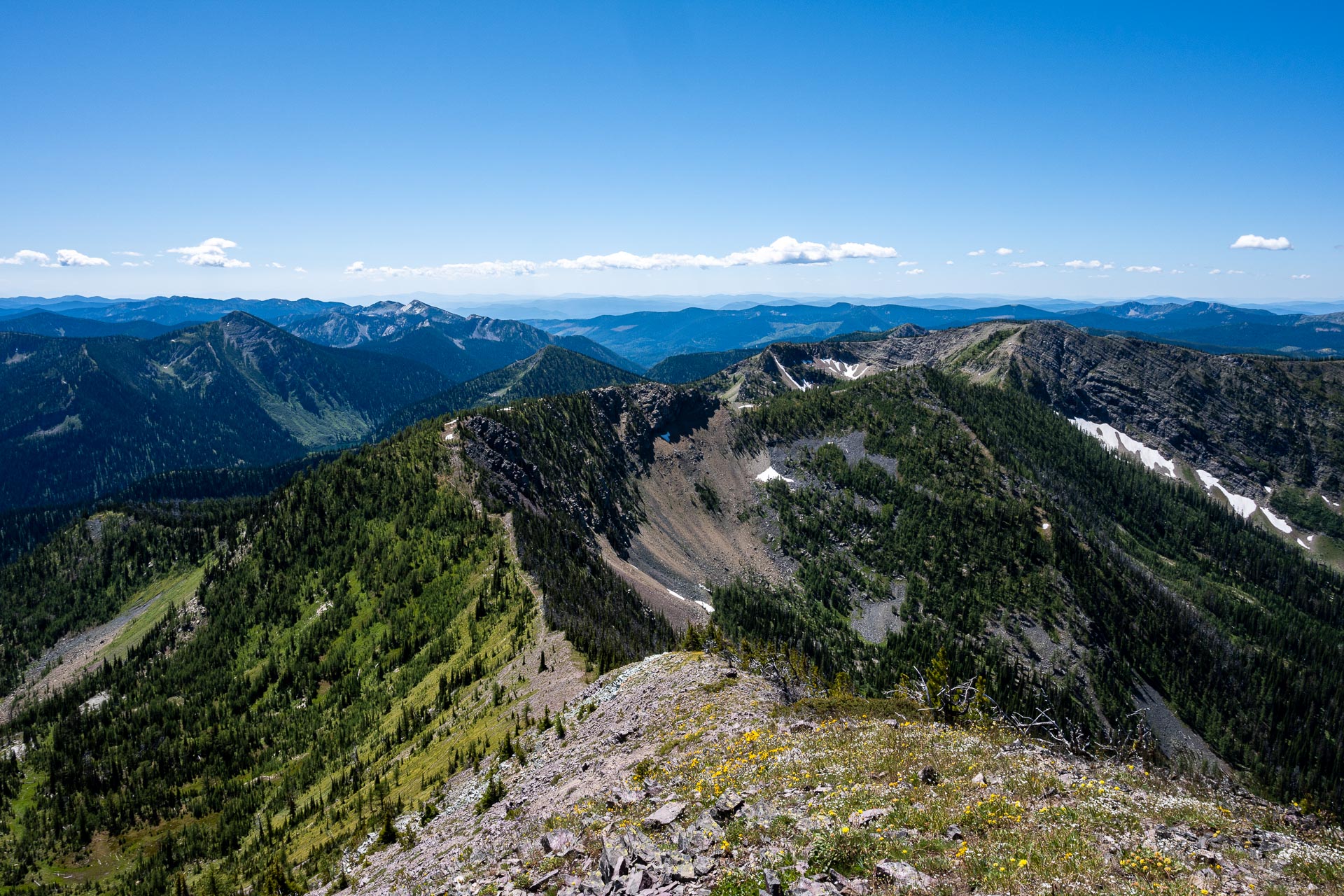 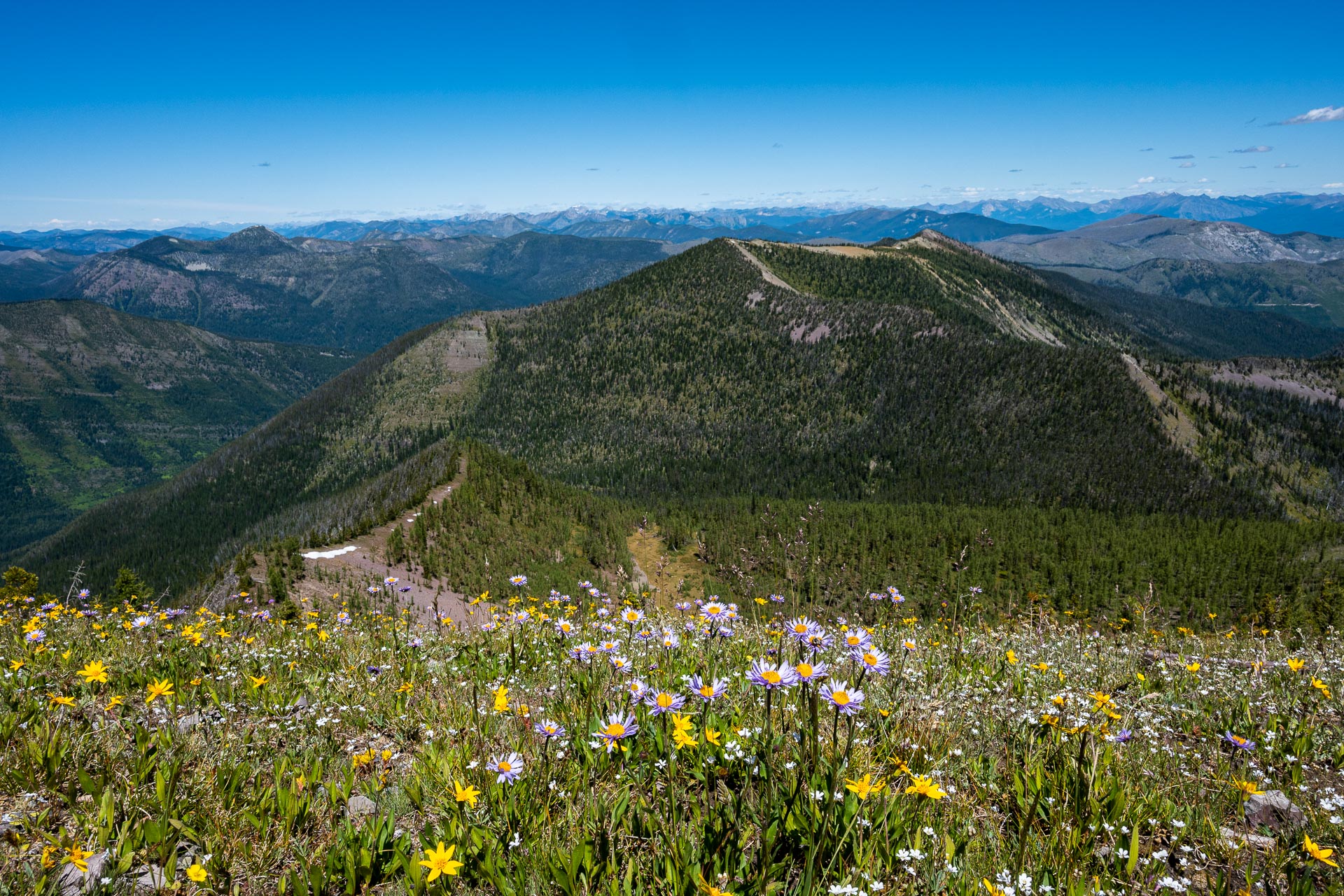 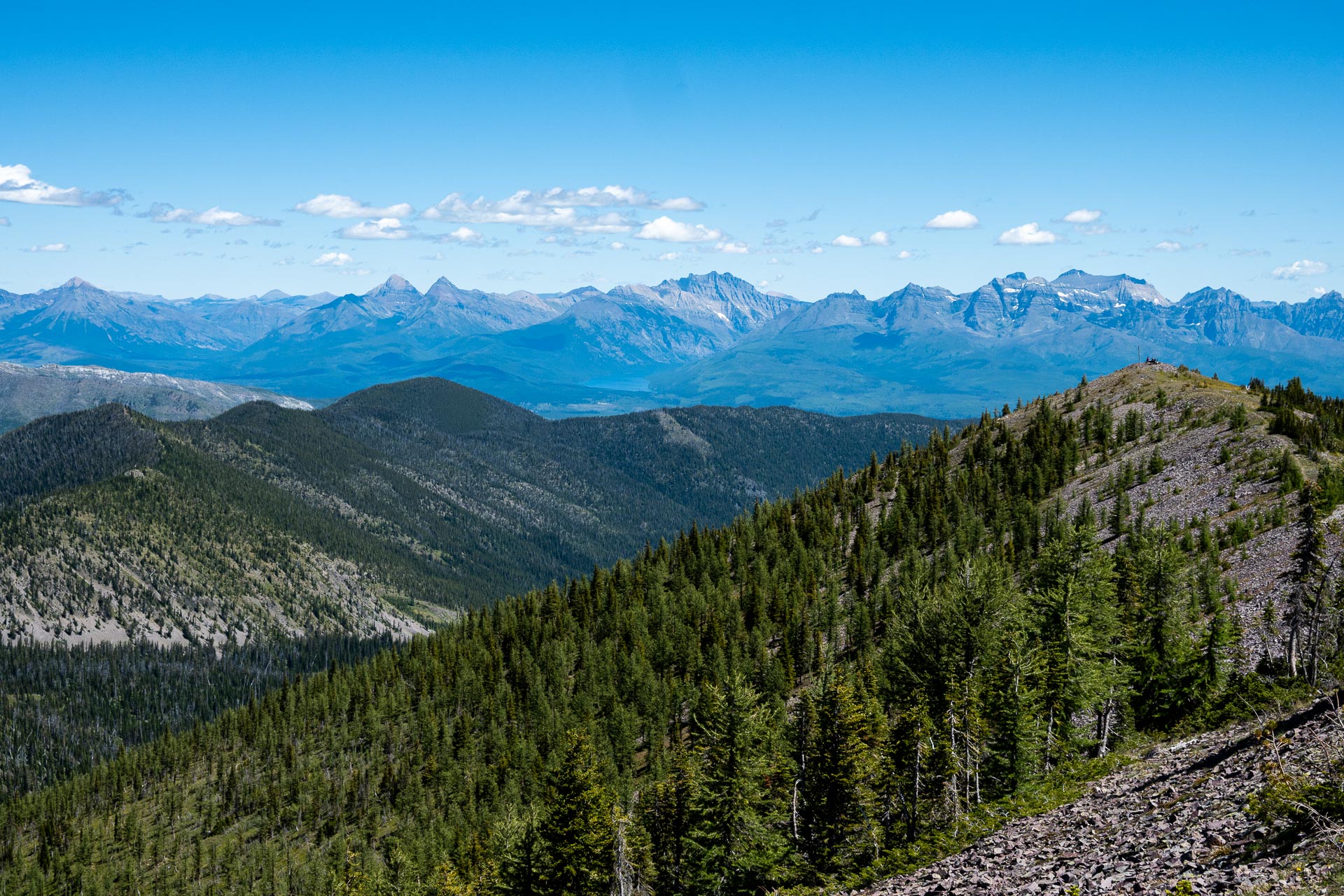 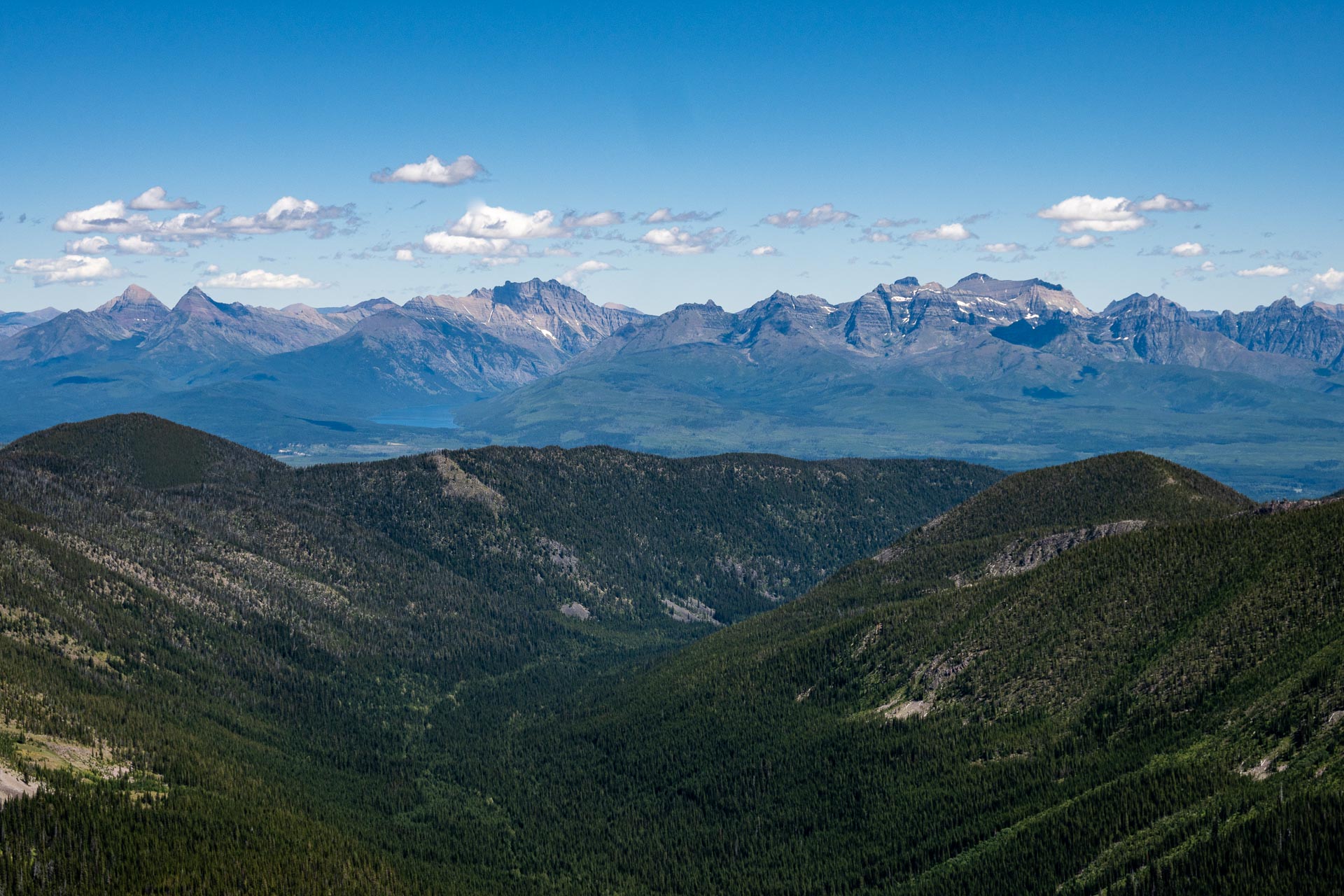 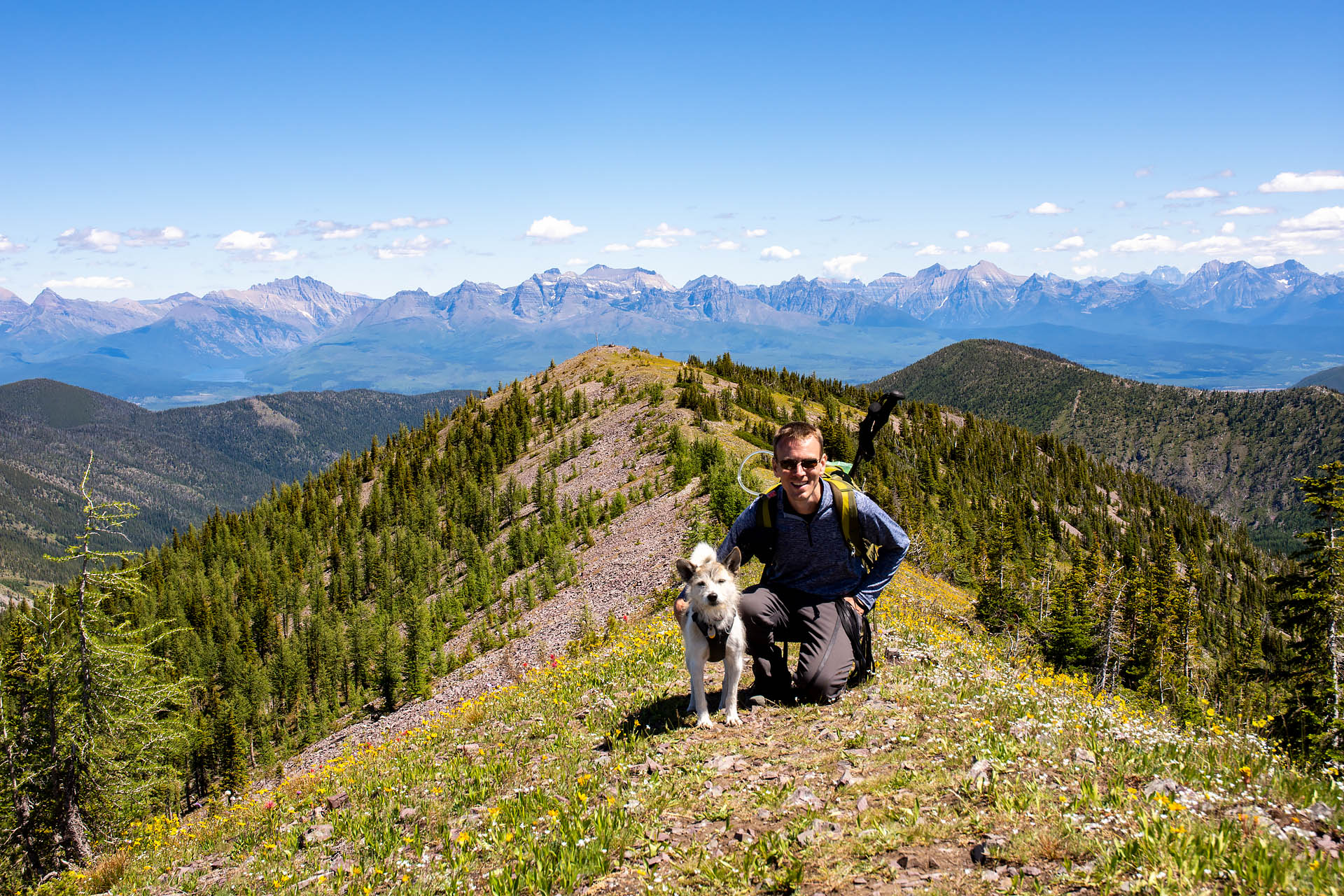 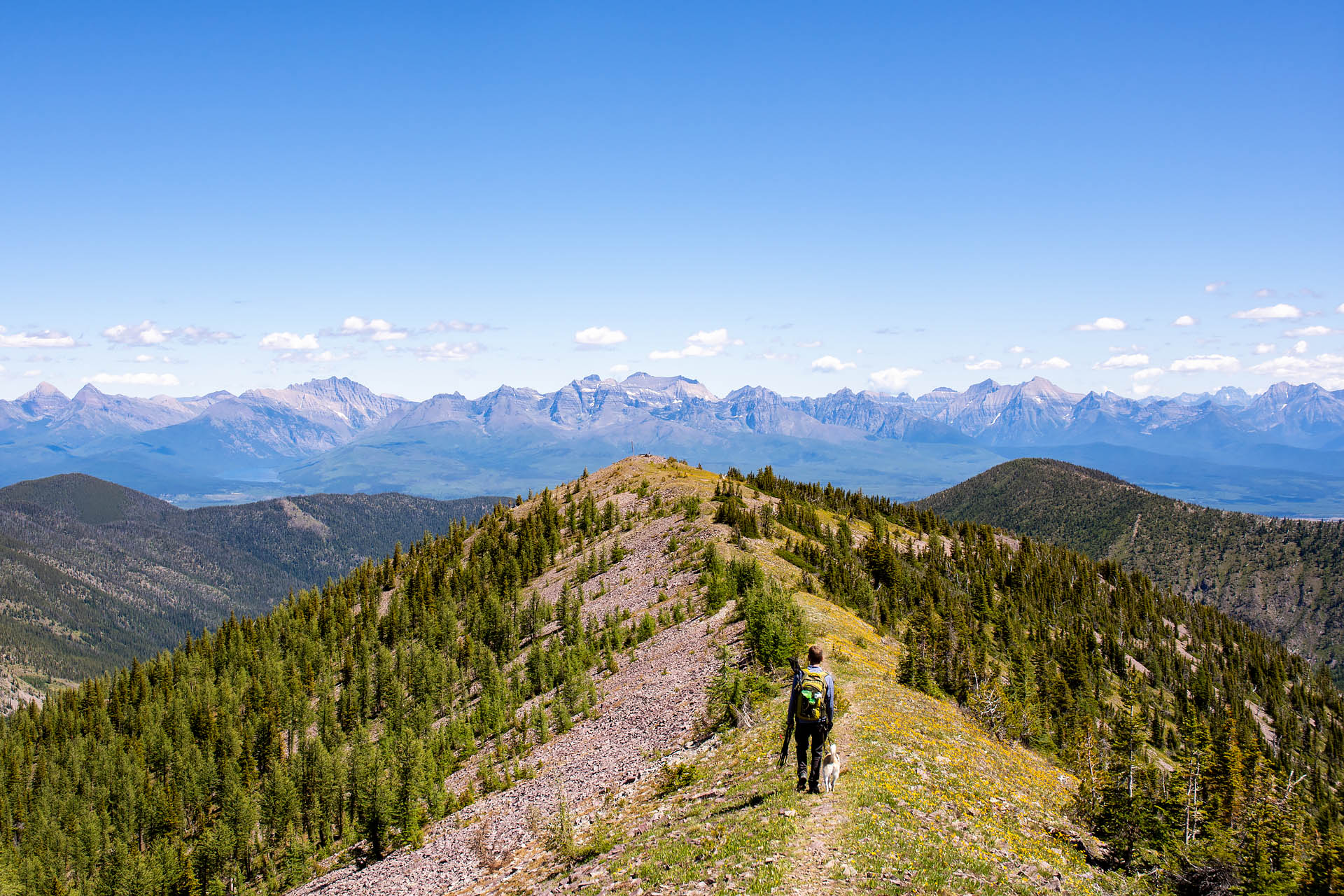 From here, it was a six-mile return to the trailhead back along the saddle and up and over Lake Mountain. Just before reaching the trailhead, we decided to make a quick detour to Link Lake, never wanting to pass up the opportunity to check out another mountain lake. Sanchez enjoyed a short, refreshing dip, although the lake itself wasn’t anything particularly spectacular. Moreover, this is clearly a more frequented section of trail compared to lightly trafficked Nasukoin, so you may have to walk around the lake a bit to find a quiet spot. 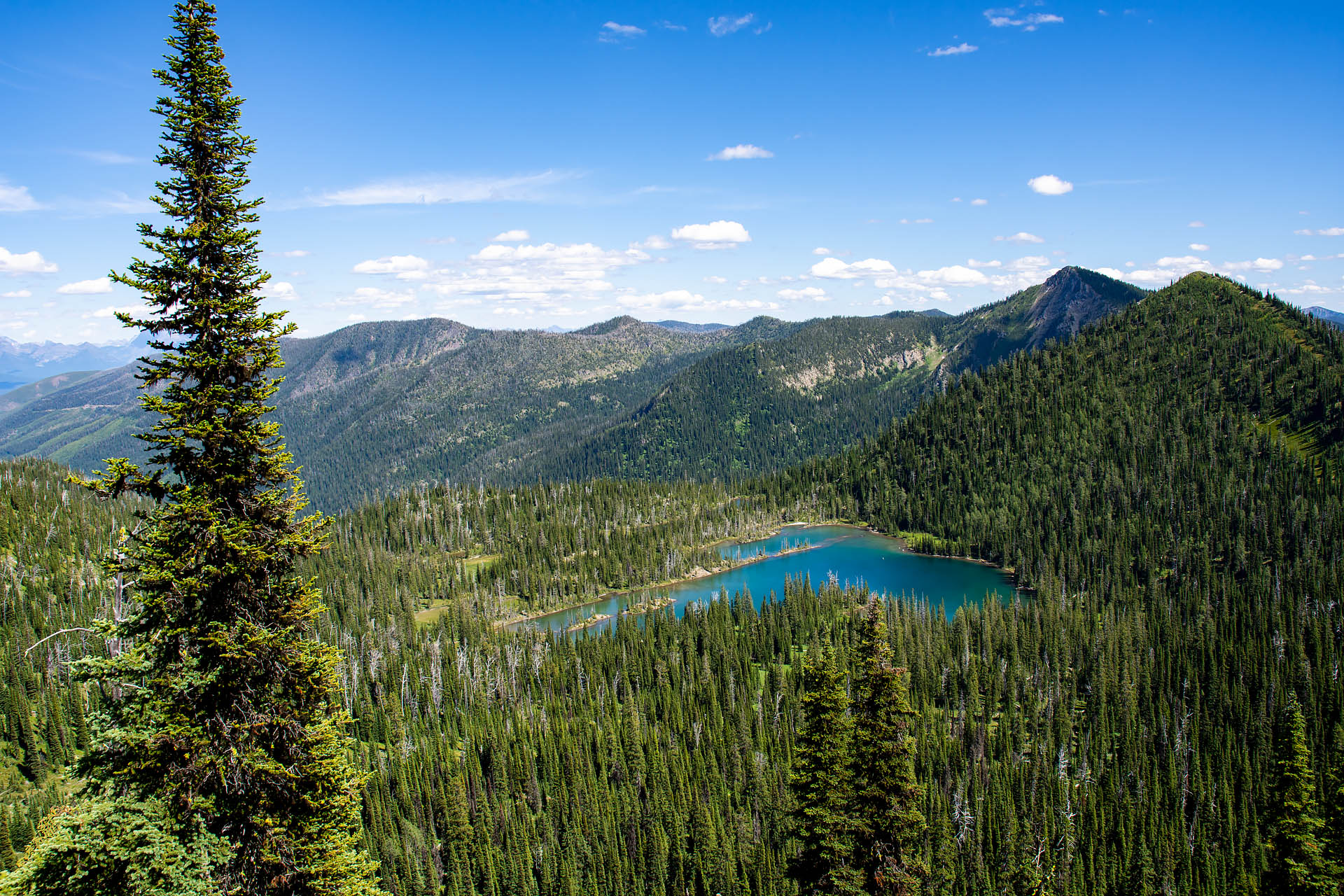 While Link Lake wasn’t anything to write home about, Lake and Nasukoin Mountains definitely did not disappoint. This was a hike that had ranked pretty high on our must-do list, and we were happy that it lived up to the hype. 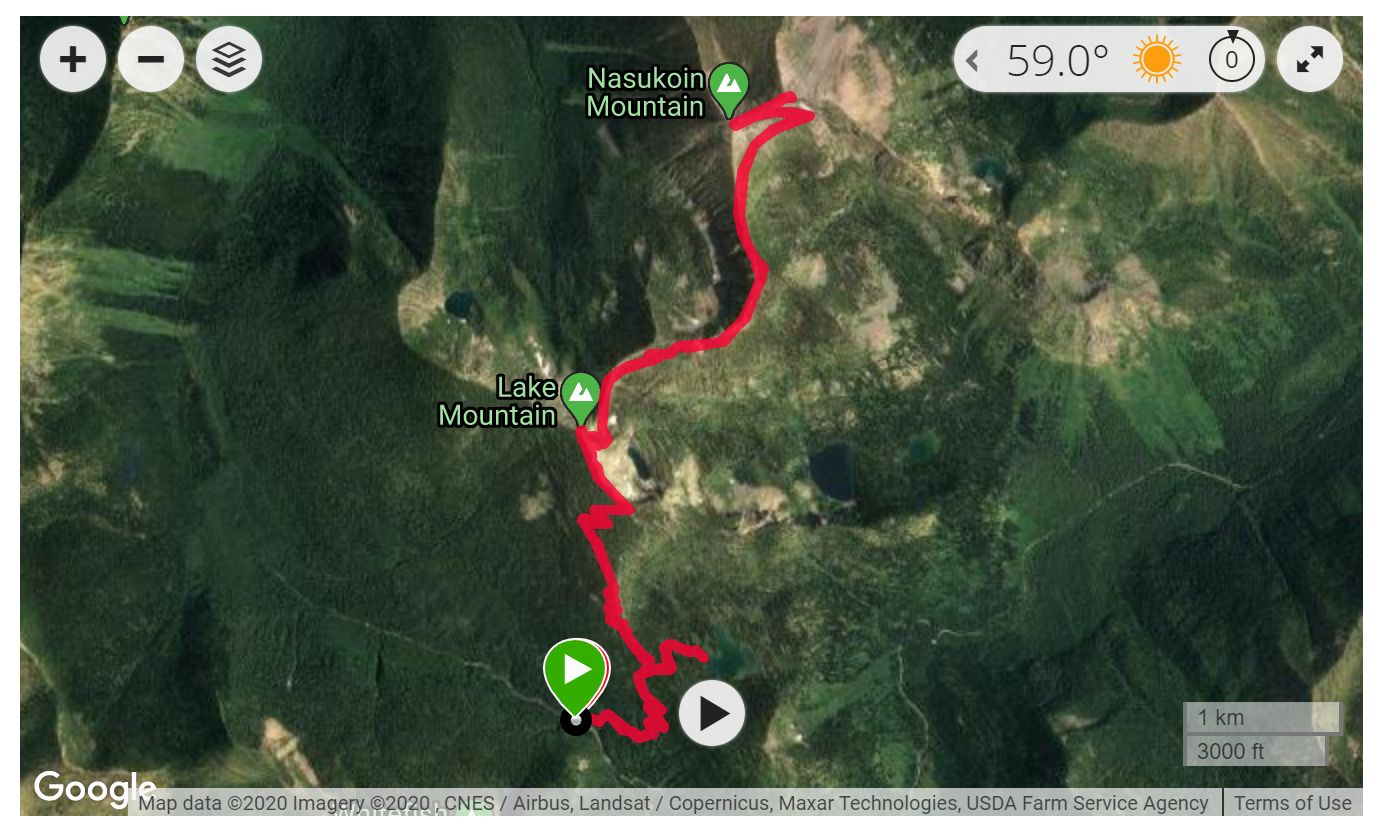