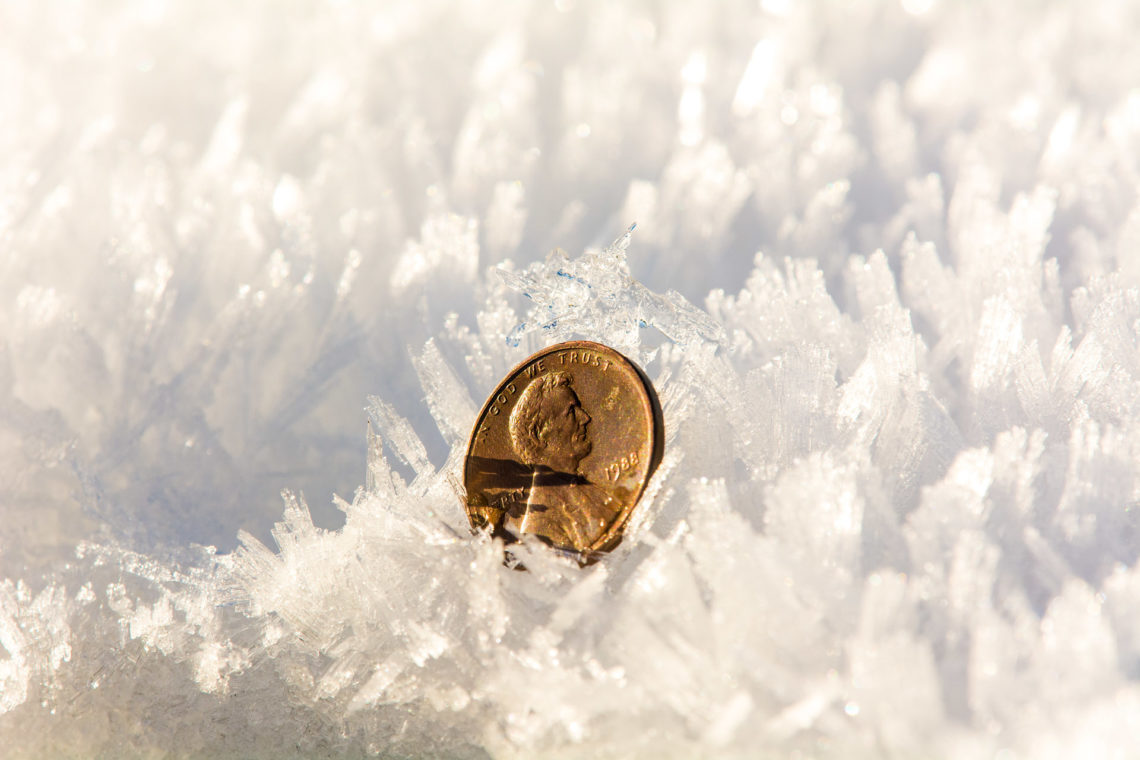 Well, it’s been another six weeks of sightseeing for the penny, who’s, after more than eleven months on the road, become really quite fond of eschewing the hustle and bustle of everyday life for some laid-back travel, photography, and outdoor adventure. The copper currency’s great escape continued through northern Europe, with a late-autumn tour around Ireland and the U.K.

After crossing the Strait of Dover via the Channel Tunnel, as well as crossing an item off its life list, the penny began its U.K. adventure on the streets of London. The penny never expected to be able to enjoy such incredible views of Big Ben, the Tower Bridge, and the Thames, but it was super psyched it was able to. Really cool landmarks and amazing Indian food? The penny is on-friggin’-board with London! 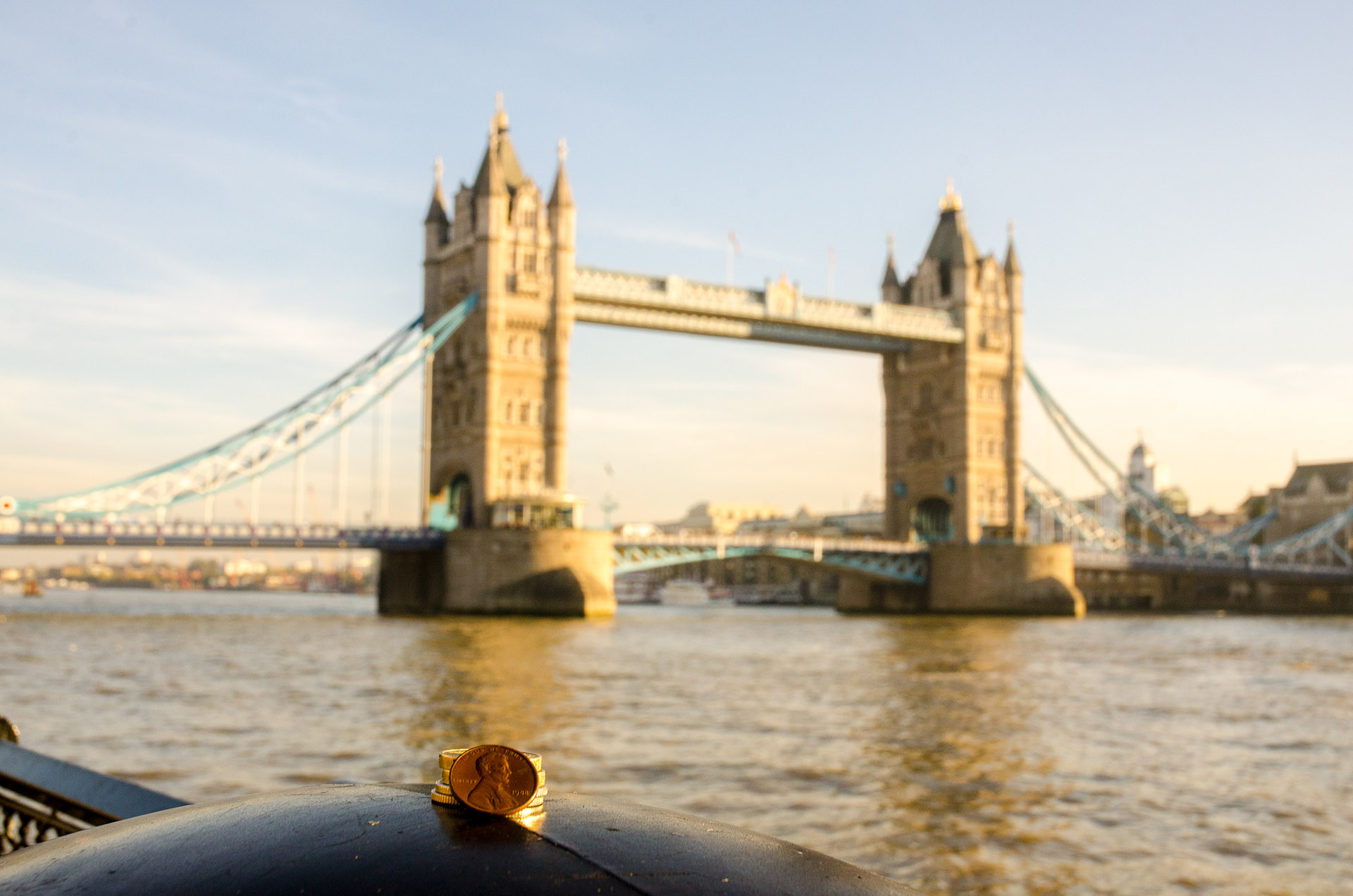 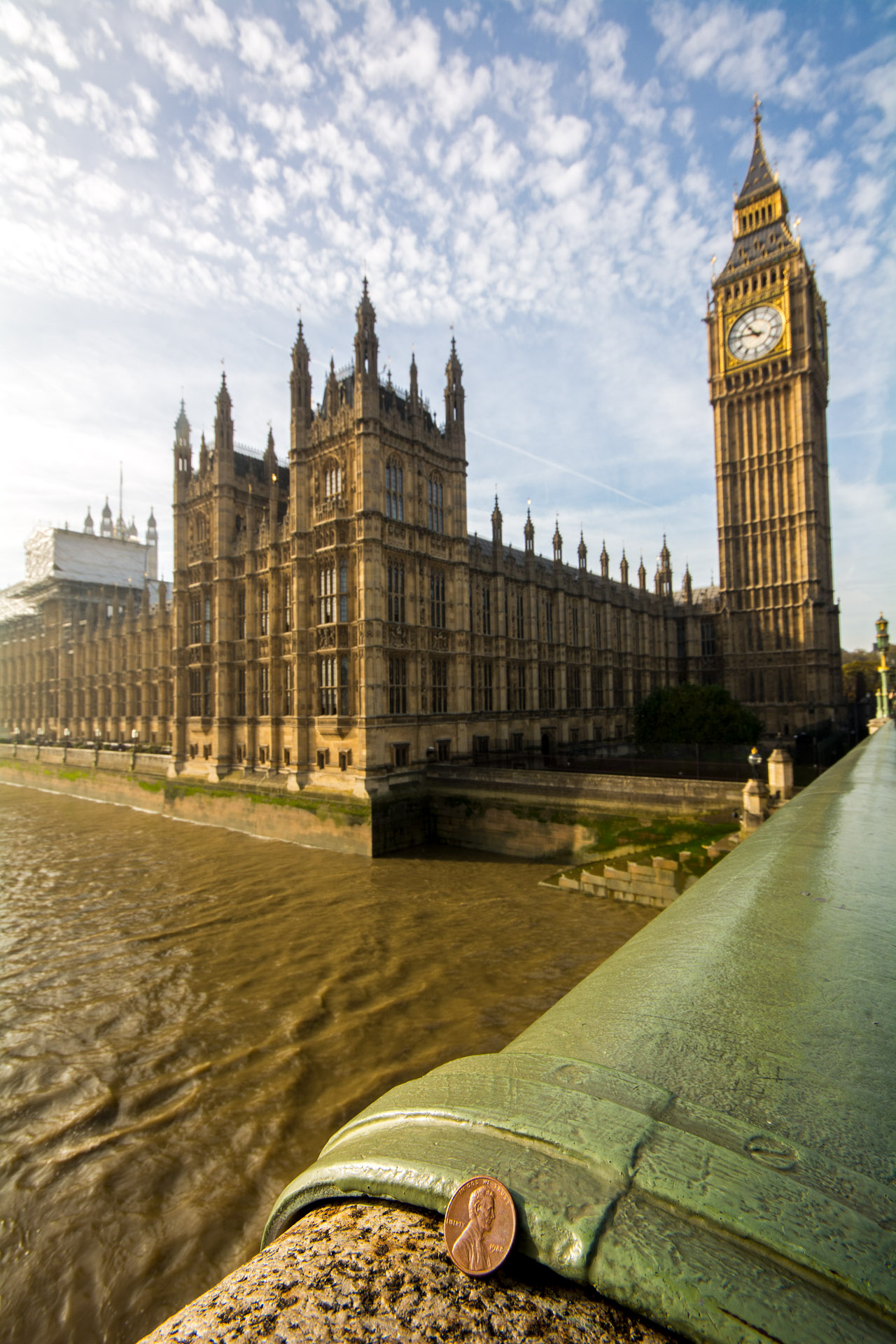 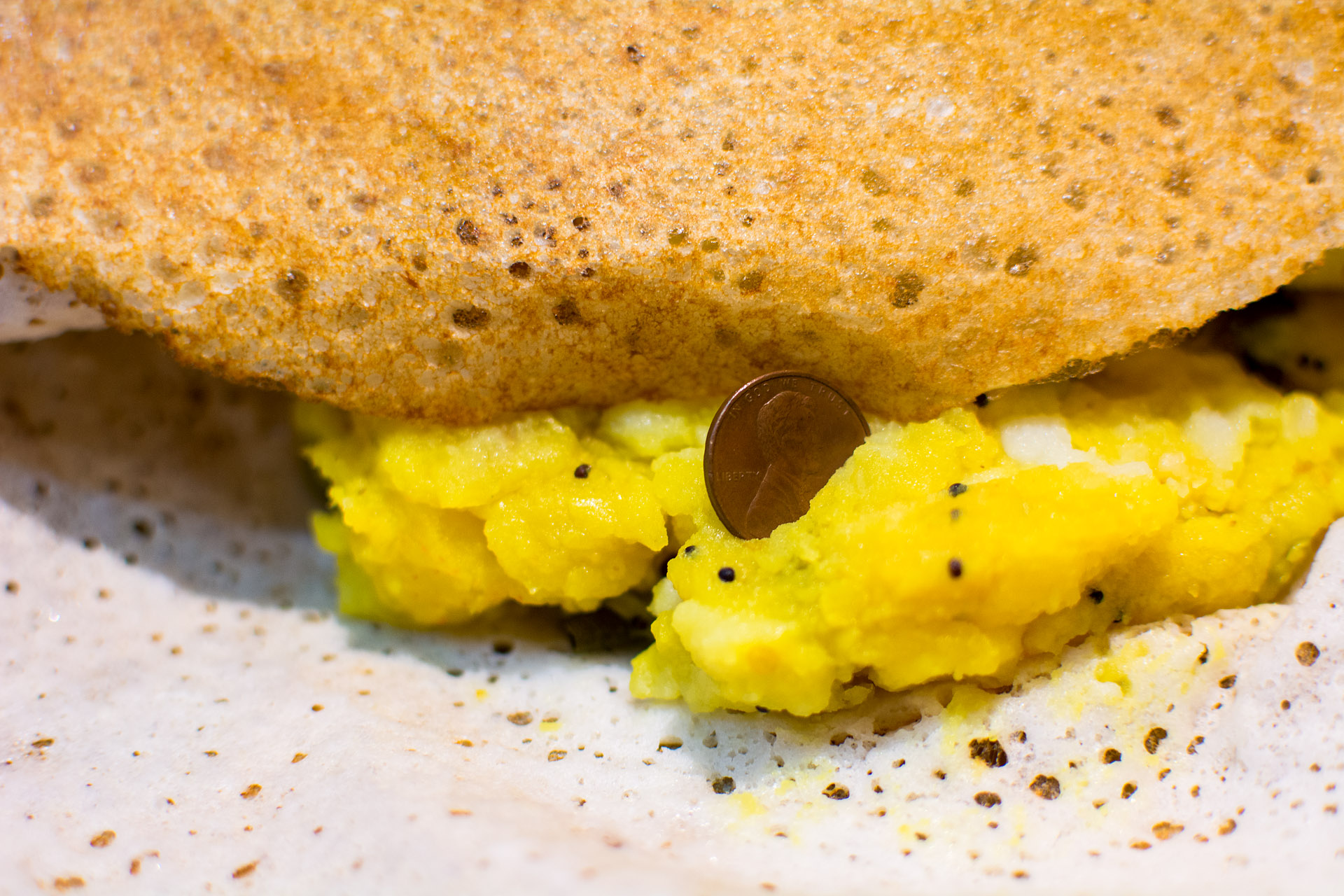 From there, the coin hopped a ferry over to Ireland. With a bit of a desperate start, the penny got a little anxious that it was going to be handed over for some emergency cab fare. I quickly reassured it that U.S. currency was as useless as our pocket of Pounds, and it eventually settled back down in its special, zippered pouch. The penny was then able to enjoy Ireland’s verdant landscapes, catching some rays (and some nice views) at Killarney National Park and stopping to admire the numerous stone castles sprinkled about the countryside. 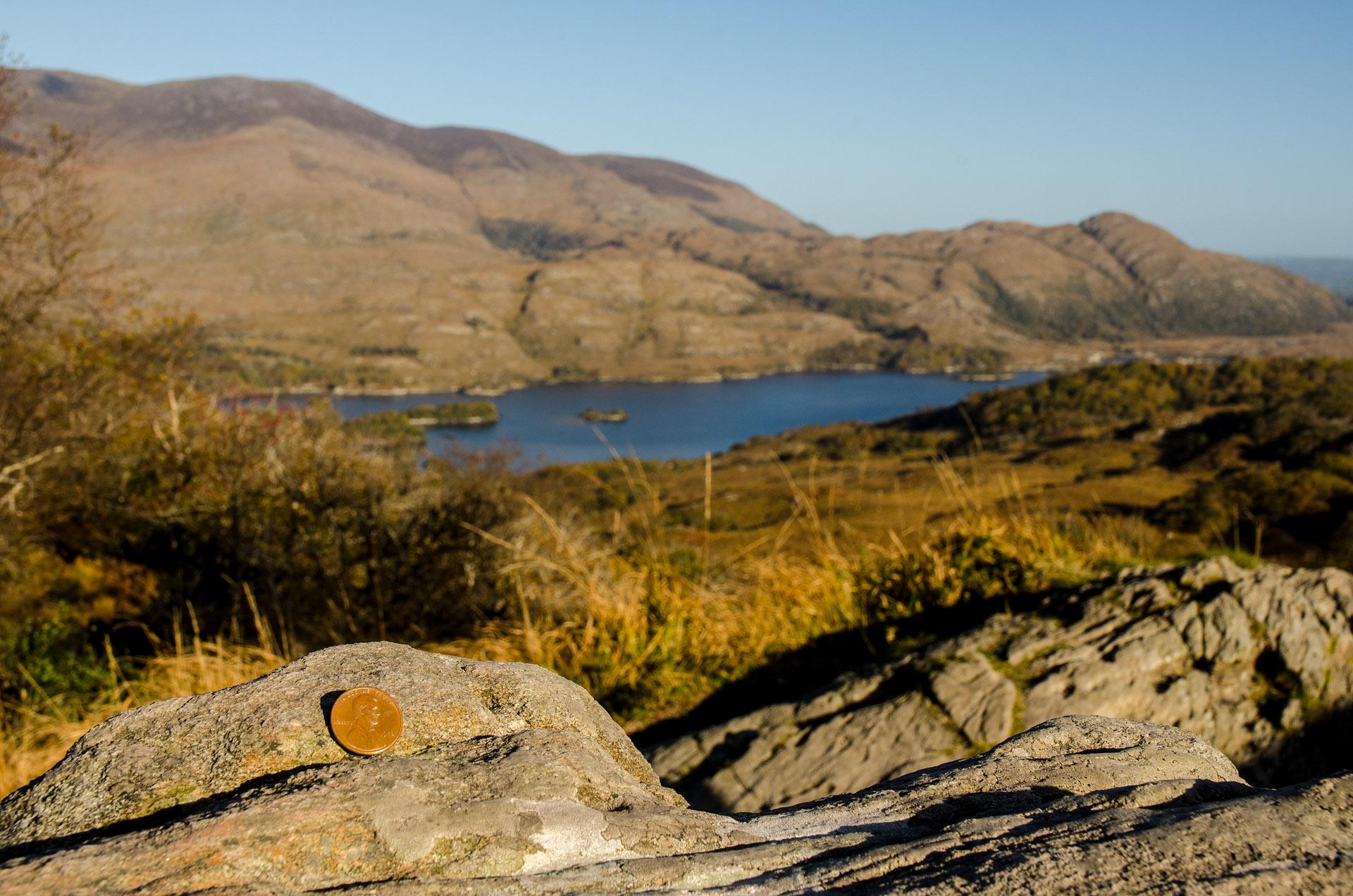 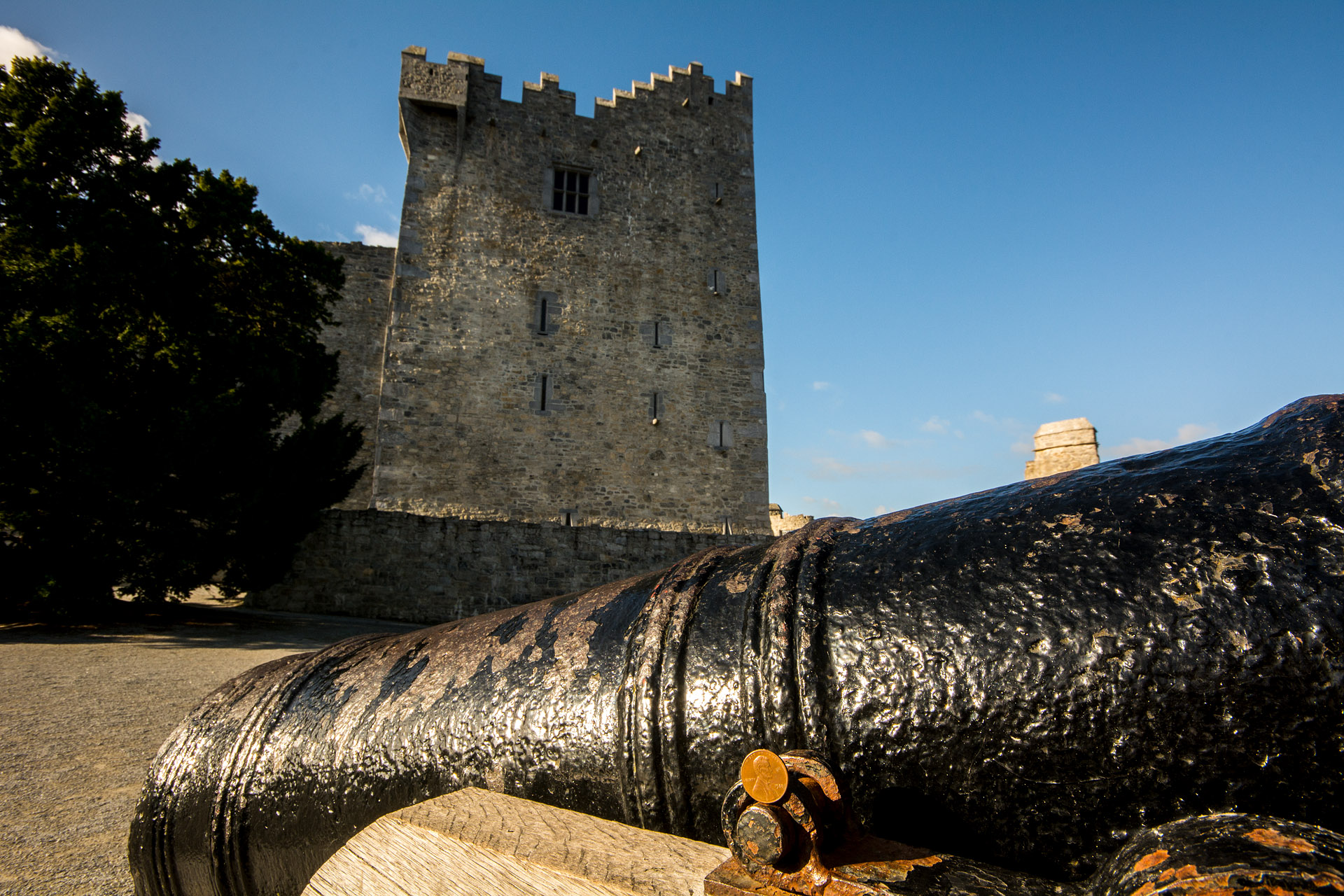 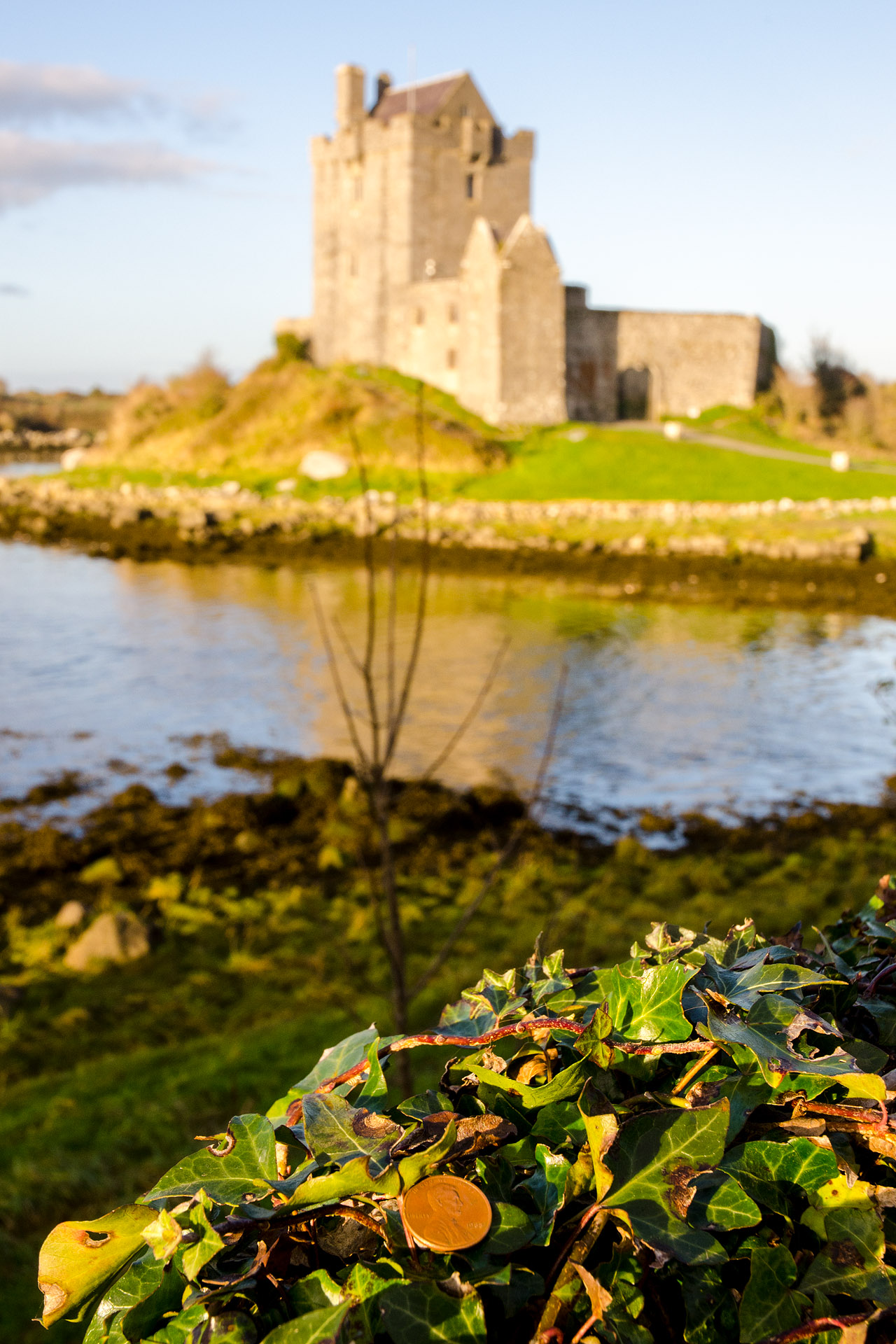 In Northern Ireland, the penny was particularly fond of the hexagonal rock stacks of Giant’s Causeway. It skipped excitedly from stone to stone, wondering how – after some sixty million years – such perfect geometric shapes could ever have survived the Atlantic’s wrath. 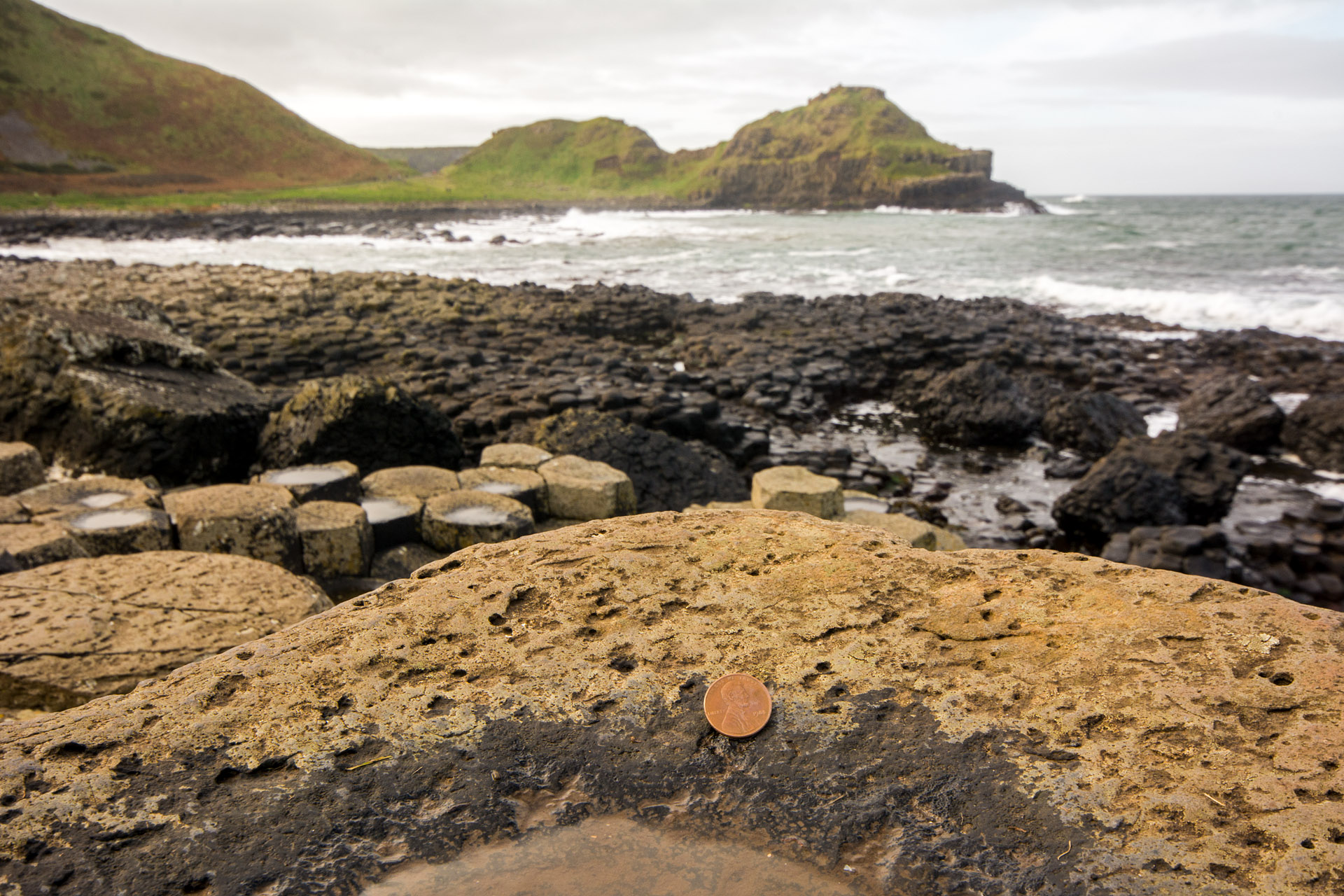 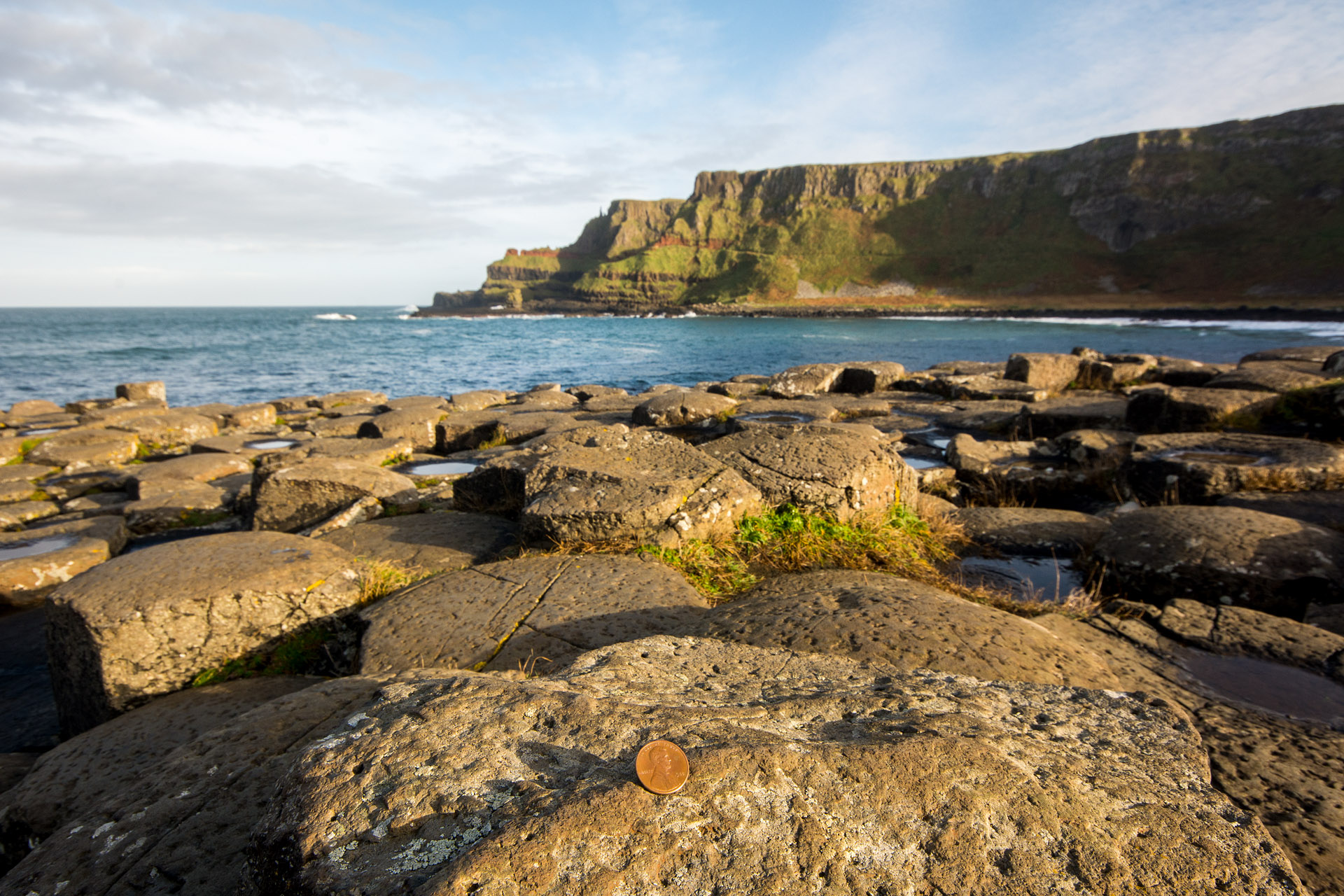 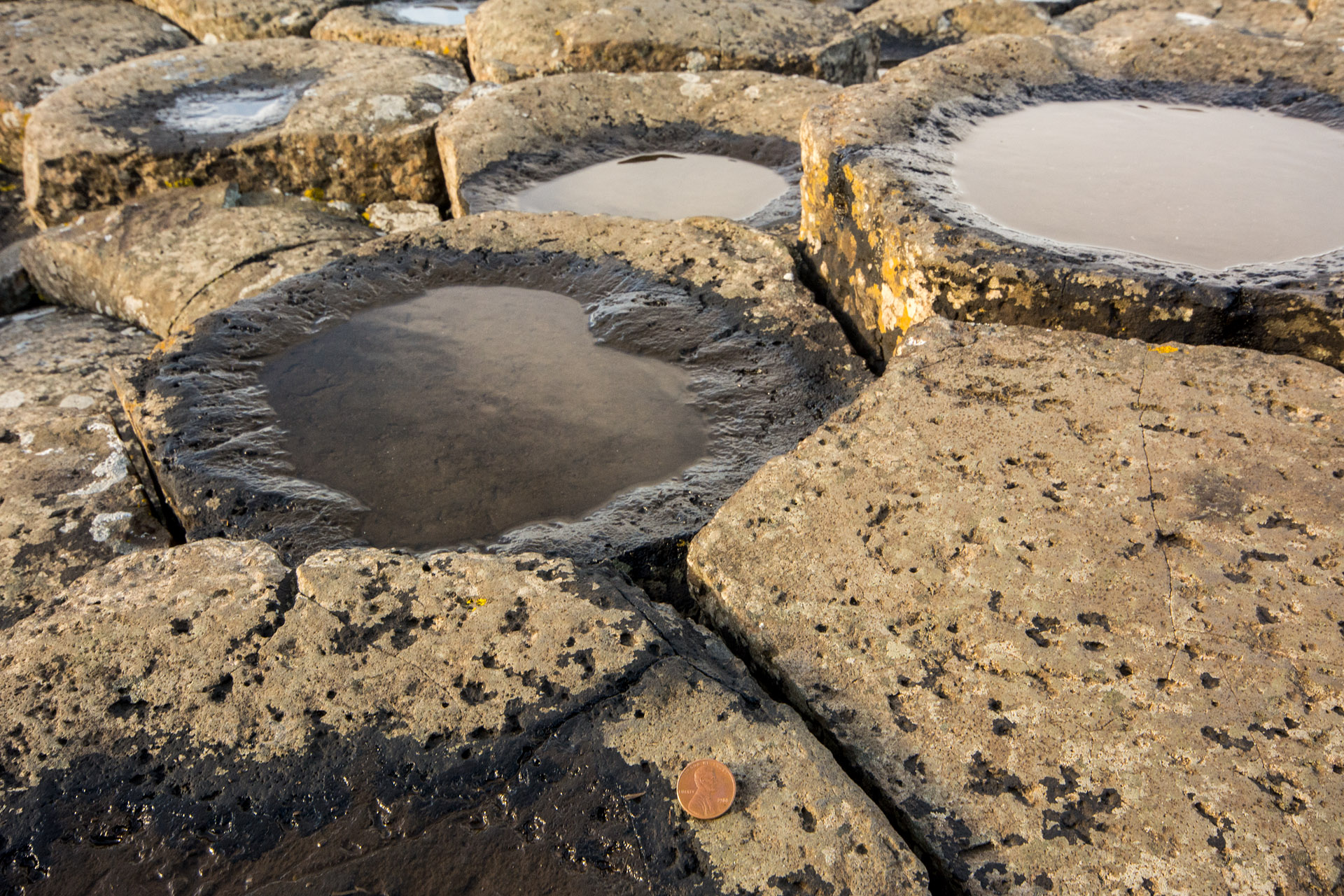 Following a less-traumatic return ferry back to England, the penny made a quick hop across the border to Wales, where it admired the hollow halls of Tintern Abbey. 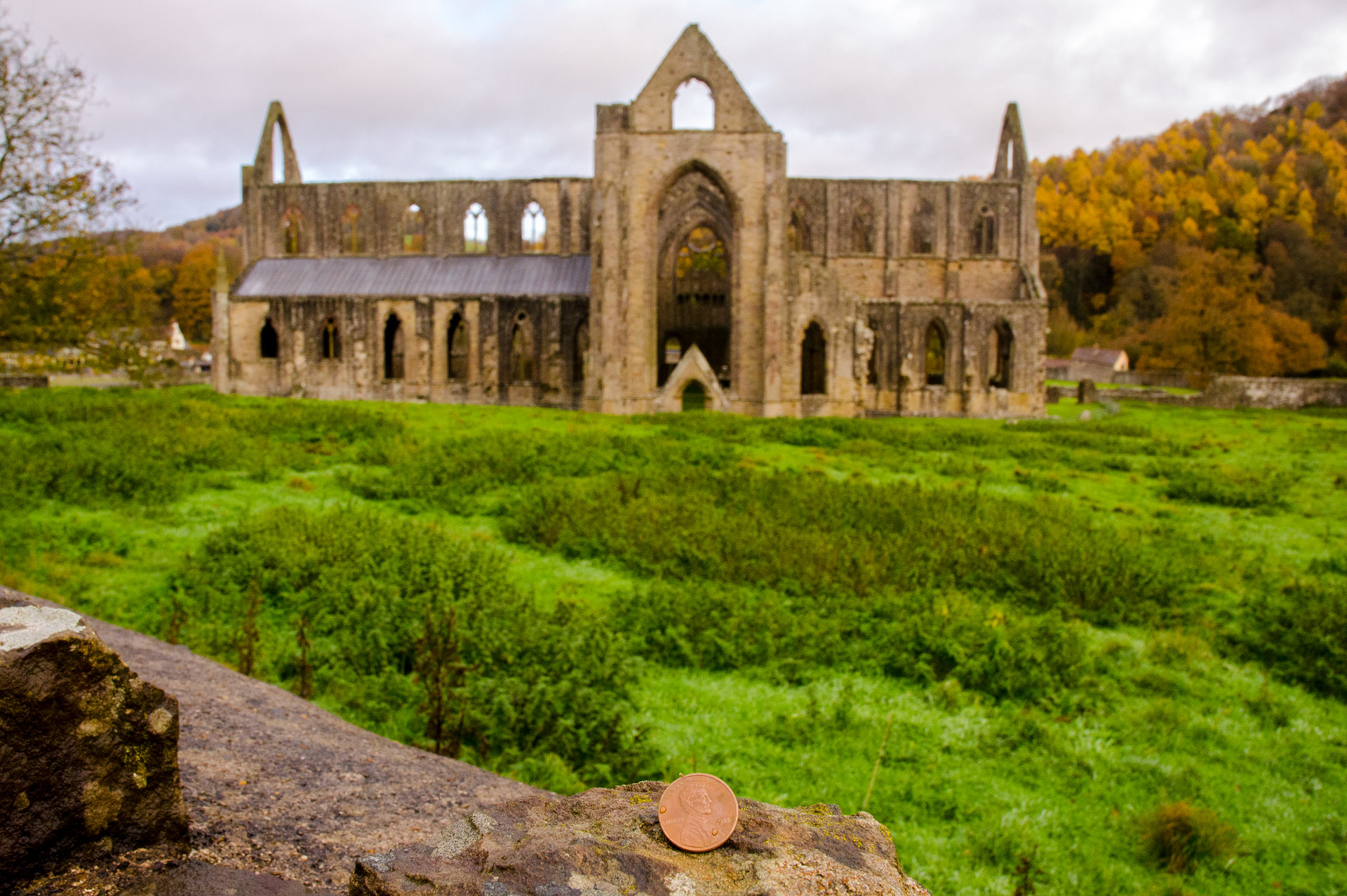 Then, back in England, the penny enjoyed some spectacular hiking in the Lake District National Park. It was even able to go for another romp in the snow atop the Old Man of Coniston, something it had begun to miss since its last wintry adventure on the Matterhorn. 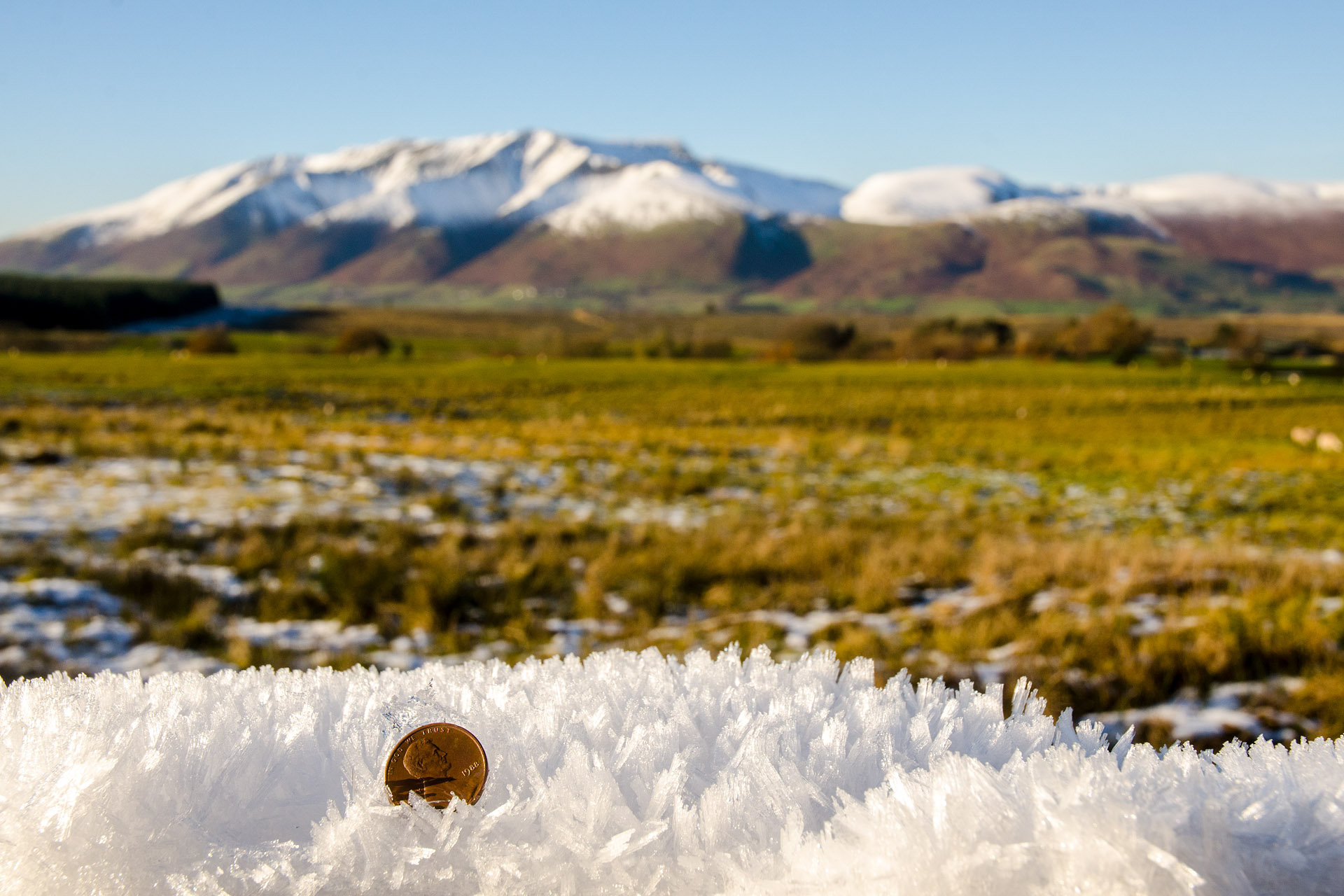 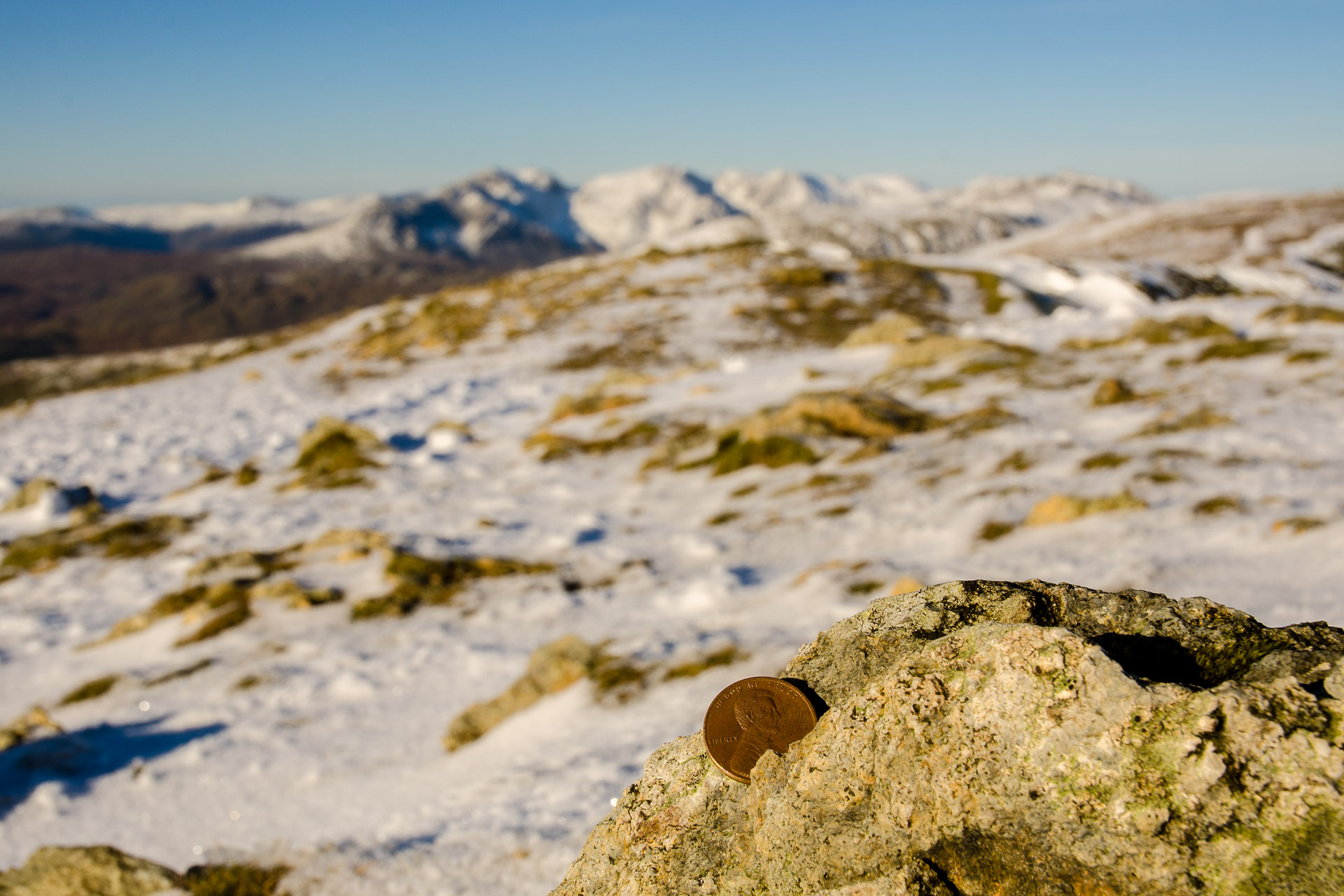 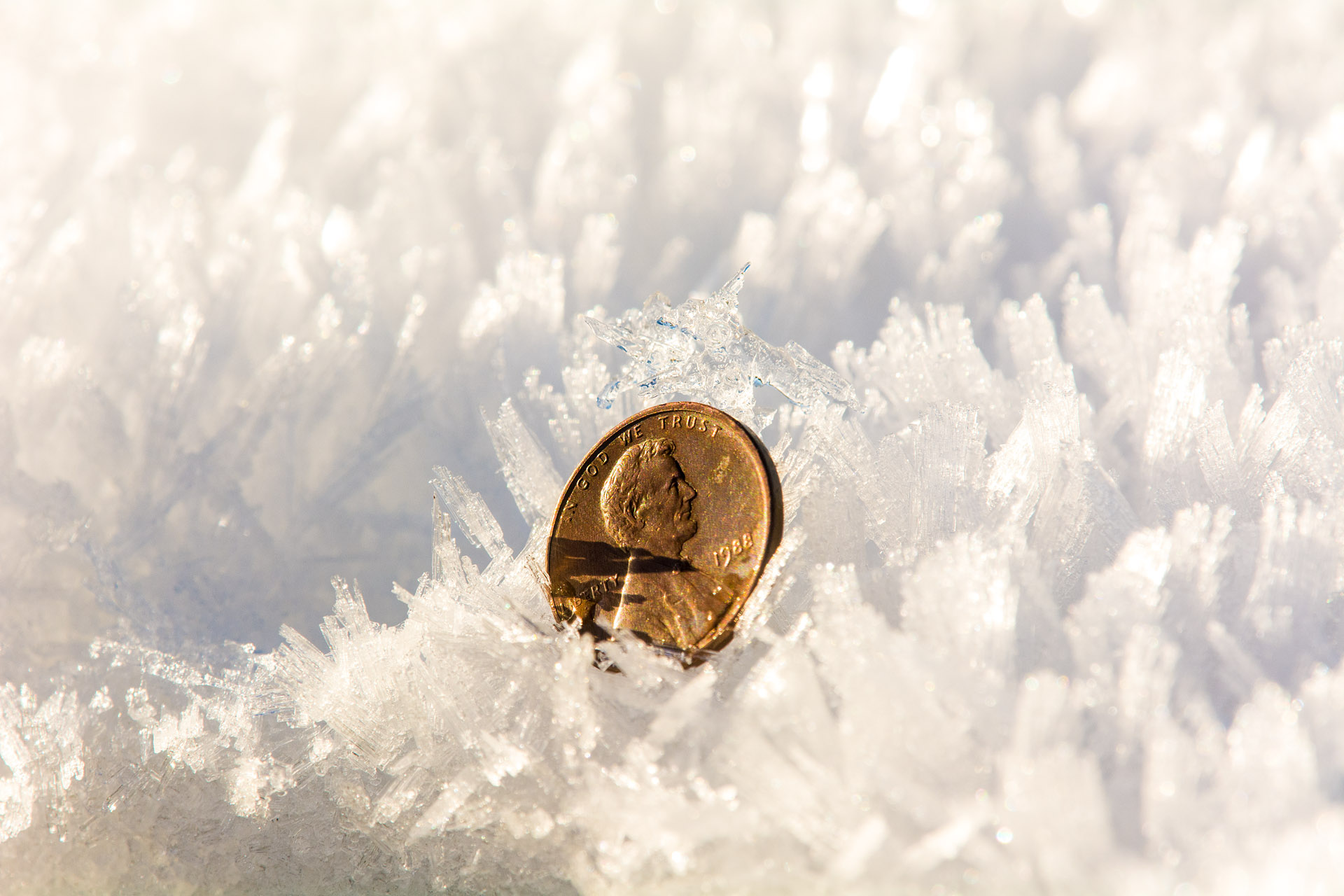 Our little copper friend also soaked up a little history while roaming the English countryside. The penny was fortunate to find a bit of radiant sunshine at Stonehenge, and also enjoyed a quiet stroll along Hadrian’s Wall. 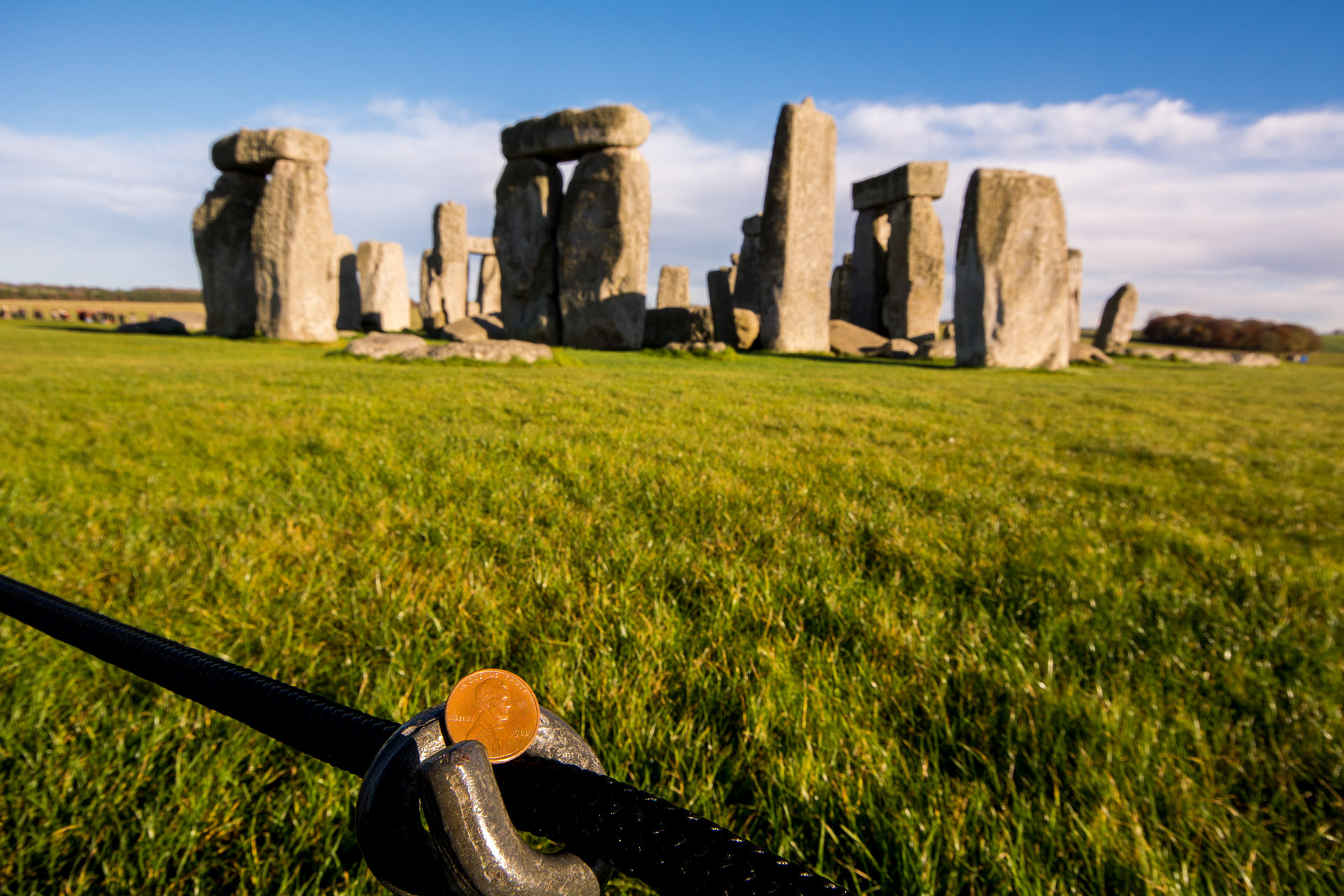 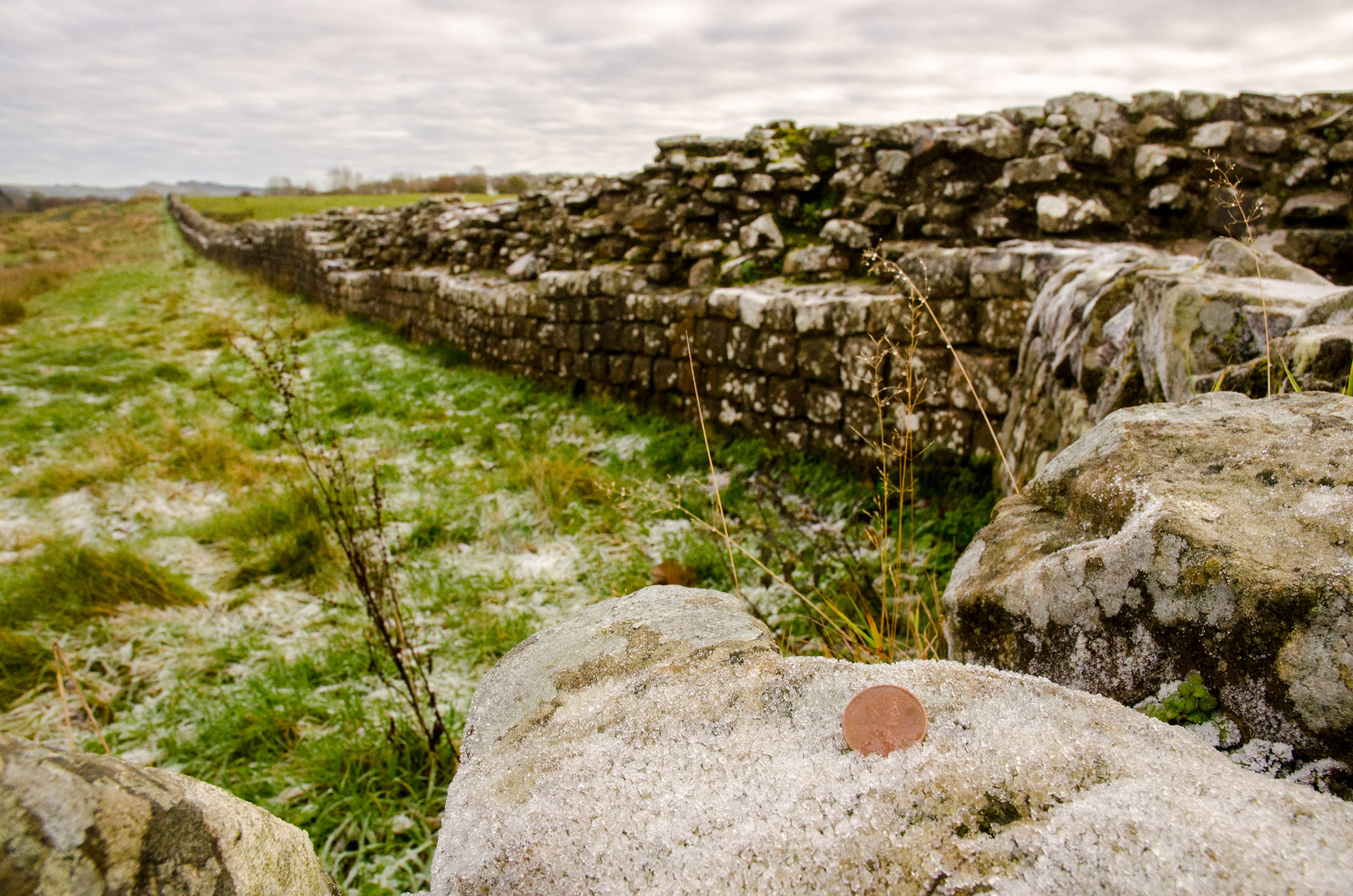 For its final country of the trip, the penny then headed north to Scotland. It looked at me with puzzled profile when I suggested we hit the Highlands as winter approached, but it quickly agreed that, other than the wildly short amount of daylight, it was a pretty nice time to visit. 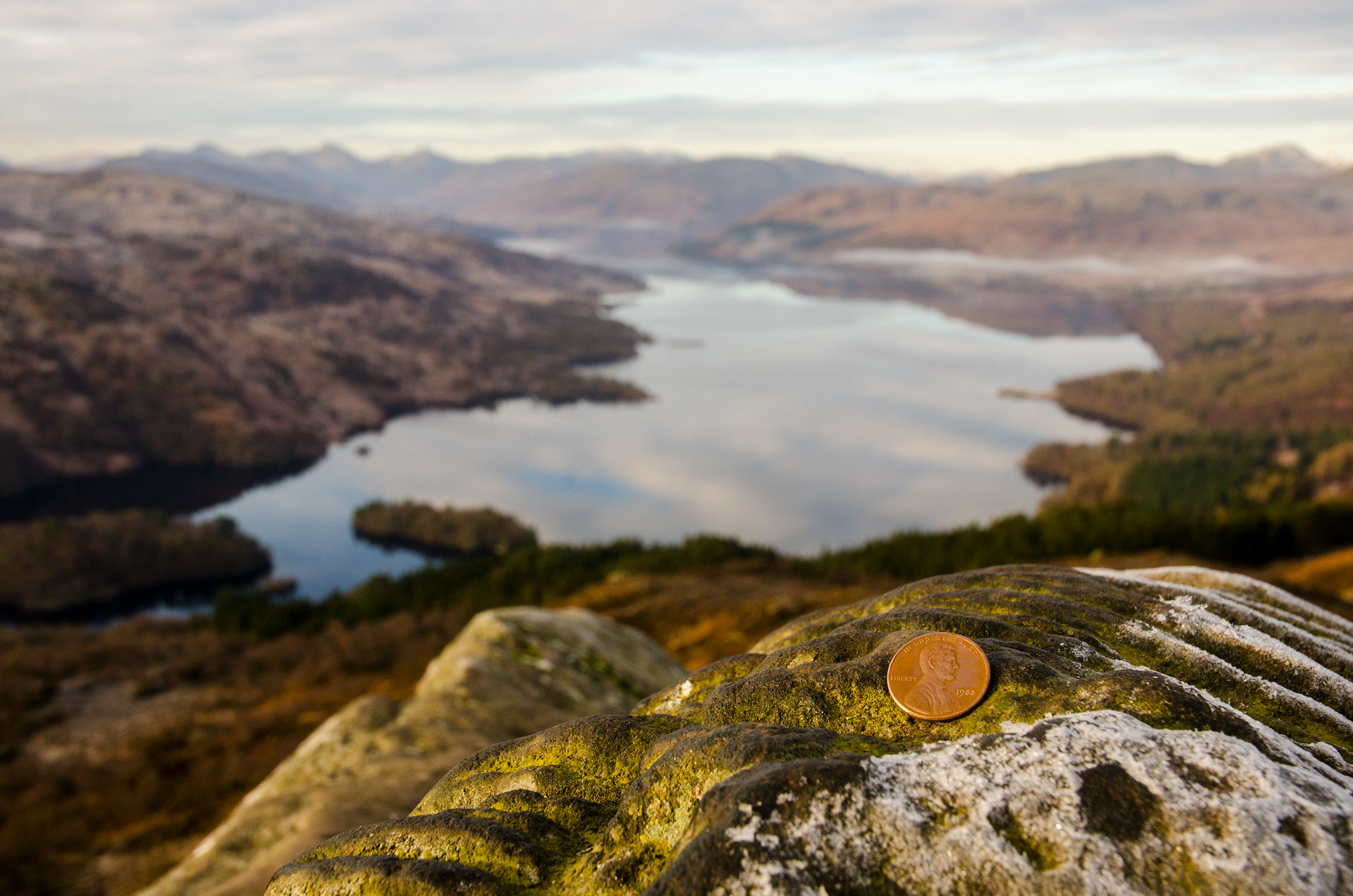 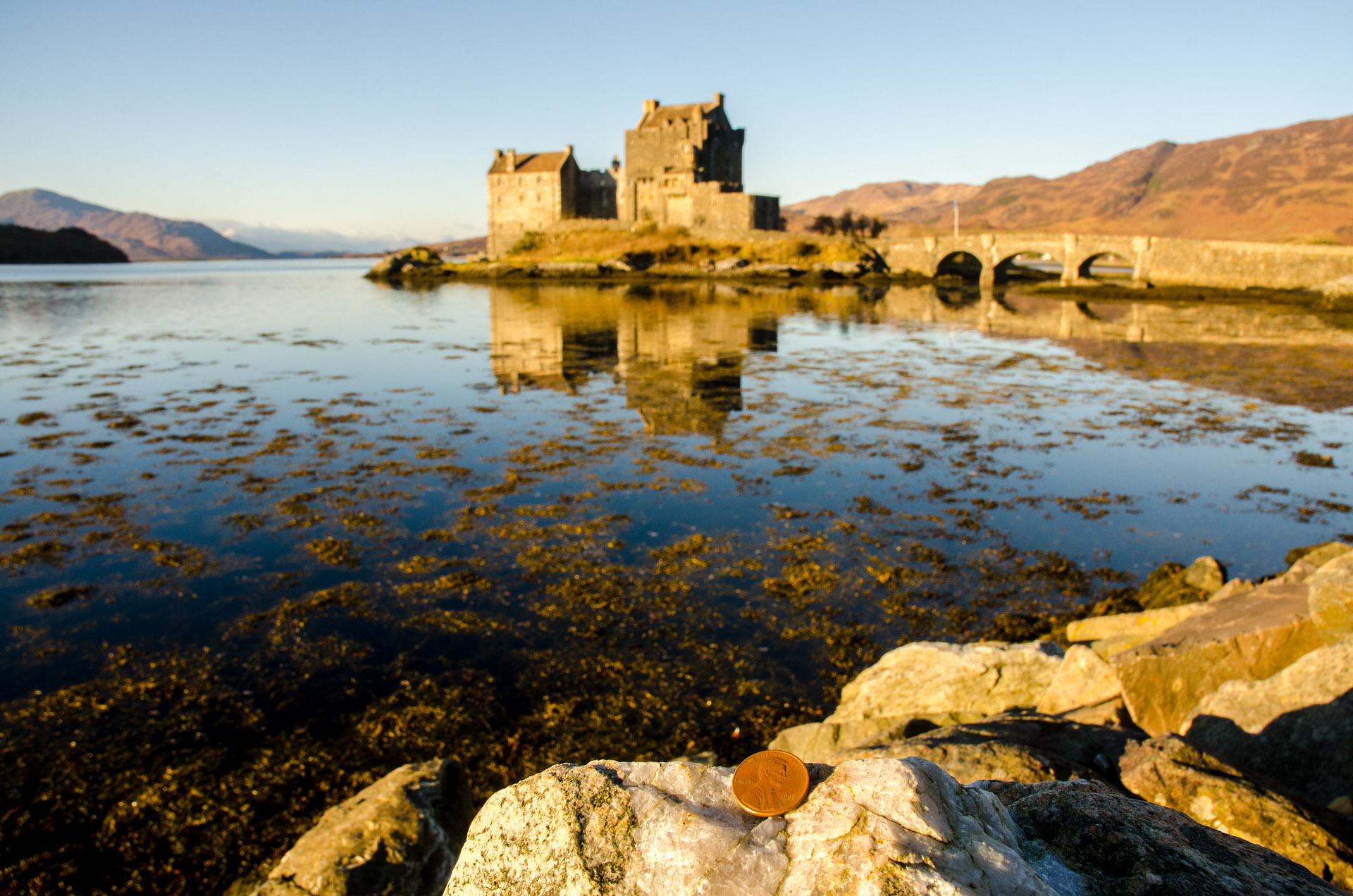 The coin was instantly enamored with the Isle of Skye when it made its way to An Corran (Staffin Beach) to check out the Megalosaurus footprints. Seriously, the mark of a Jurassic-era dinosaur… how cool?! 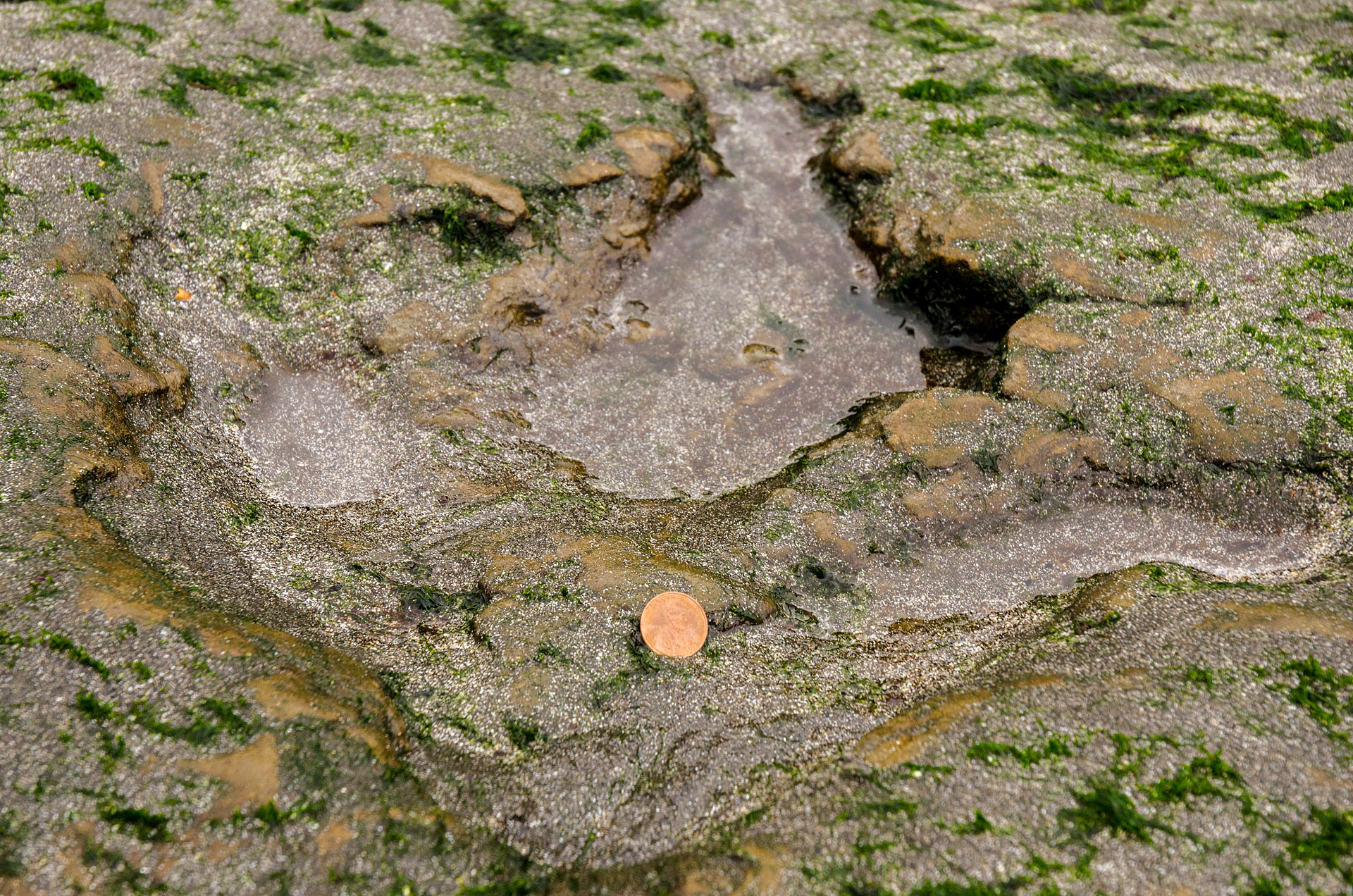 Finally, the penny made a short stop at Loch Ness to see if it could get a glimpse of Nessie, the notoriously shy monster who patrols the depths of the lake. The penny waited patiently and quietly on a rock along the edge of the western shore until finally… Nessie! No way! I could not believe that little penny made a Nessie sighting. Apparently, neither could the penny. It was so excited, it decided to have one last adventure and do a ‘polar plunge’ into the loch! 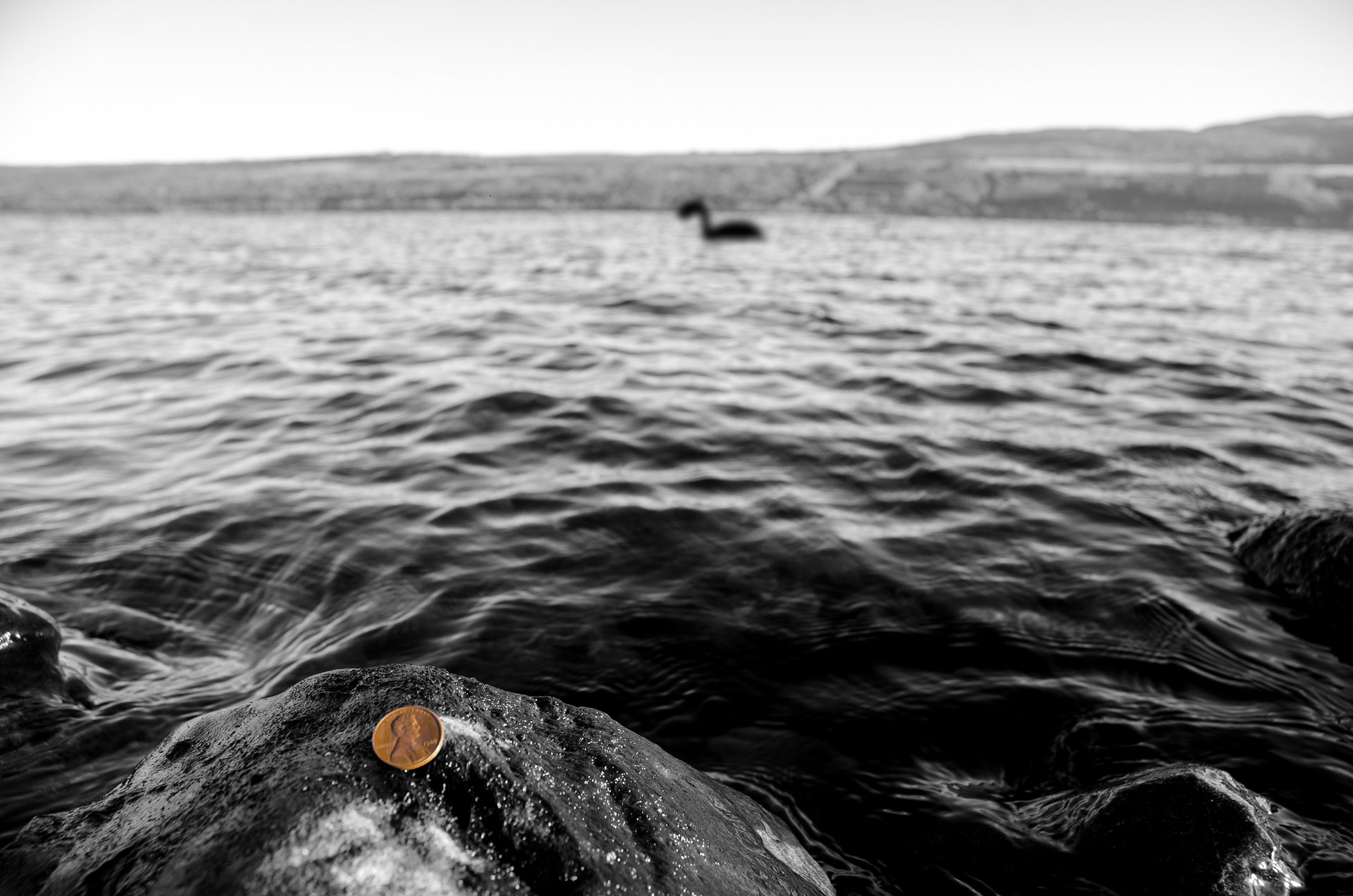 With another laundry list of adventures under its belt, the penny can’t believe that it’s about time to pack up and head back to the States. It’s been such an amazing year of exploring, learning, and fun, and the one-cent piece is grateful for every second of its adventure.