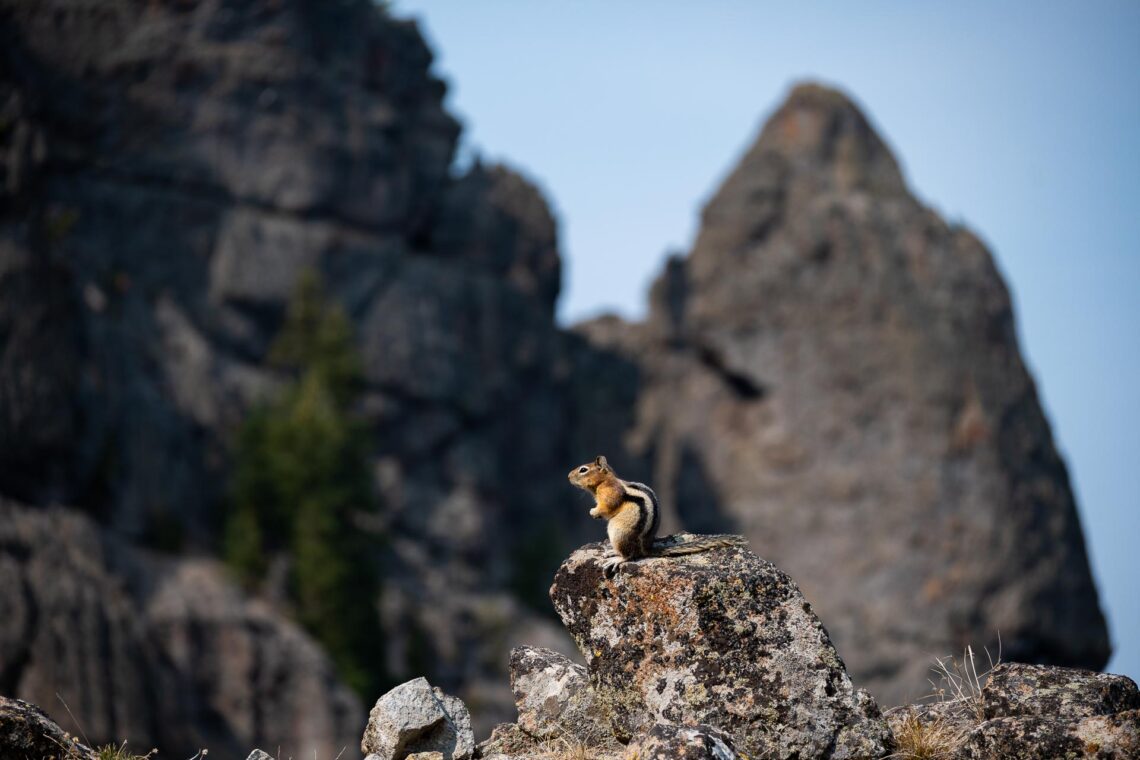 Our first couple days exploring Yellowstone’s beauty were somewhat overshadowed by the surprising hordes of tourists and throngs of massive trucks and RVs. Consequently, we were desperate to get off the beaten path and onto a hiking trail. With the Lone Star fire closing access to trailheads around Shoshone Lake and the southeastern areas of the Grand Loop Road, we settled on an 11-mile loop hike to the top of Sepulcher Mountain. 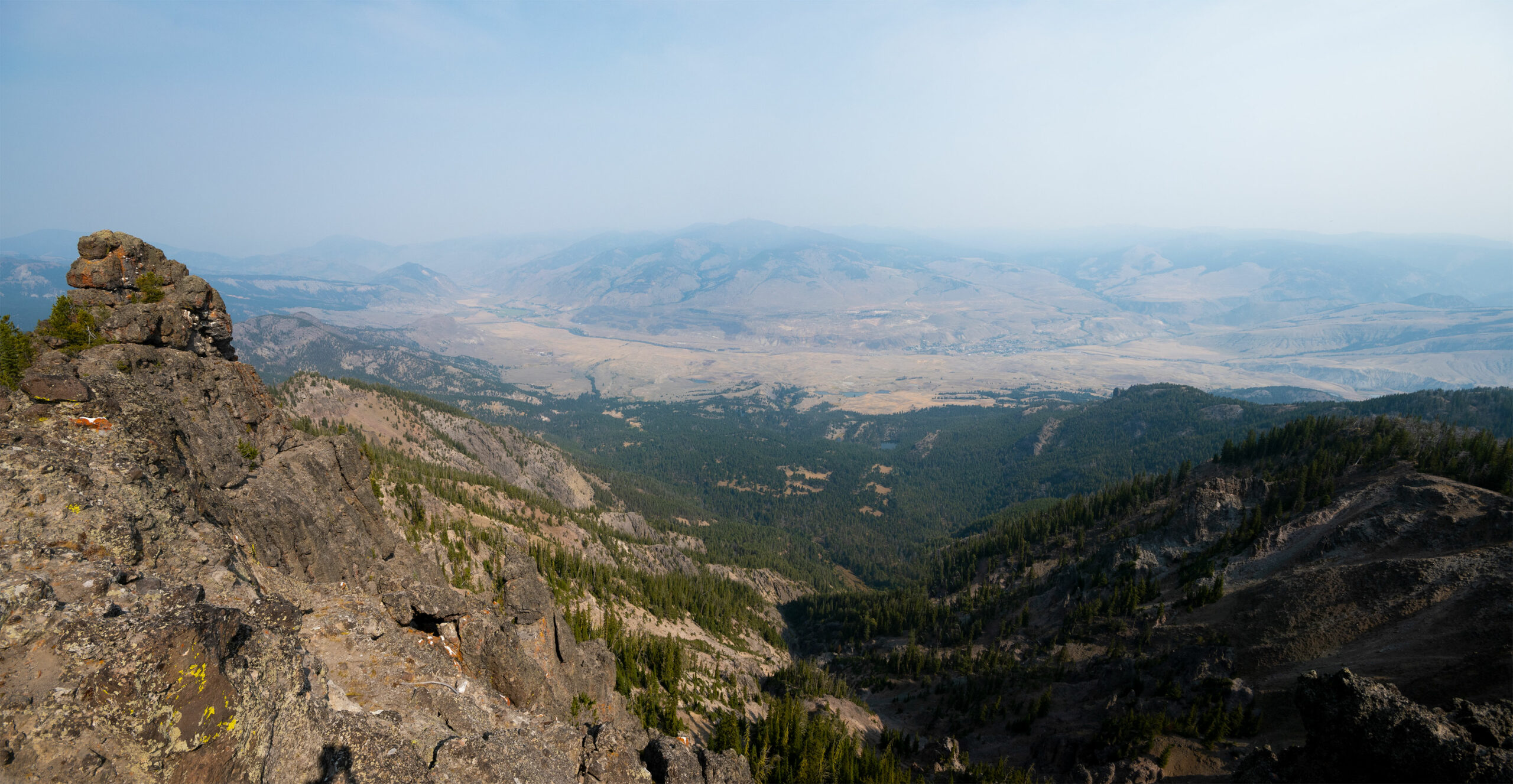 Sepulcher’s 9,642-foot summit got its name in 1871 from Captain John W. Barlow, who thought the volcanic crown resembled a crypt from his vantage point in Gardiner. Capt. Barlow had previously served in the U.S. Army during Civil War before setting out to explore Yellowstone’s uncharted wilderness with a team of fellow Army Engineers in the 1870s. His team’s intrepid efforts made direct contributions to the Act of 1 March 1872 – the signing into law of the Yellowstone National Park Protection Act by President Ulysses S. Grant, which established Yellowstone as our country’s first national park.

The trail to Sepulcher’s summit is easily accessible from Mammoth, about 5 miles from Yellowstone’s North Entrance in Gardiner. The trailhead is directly adjacent to Mammoth Hot Springs’ Lower Terraces, and is the same starting point for the shorter, more heavily trafficked Beaver Ponds Trail (6 miles roundtrip).

We opted to hike the loop counterclockwise and were ultimately happy with that decision. This direction is a bit of a steeper ascent to the summit (3,300’ over 4.8 miles), but gives significantly better views of the summit’s unique rock formations compared to the approach from the southwest (clockwise loop). No matter what direction you hike, though, be prepared for some serious sun exposure. A large portion of the hike is through open grasslands or burn areas, so there’s not a whole lot of relief from the sun on a hot day.

Atop Sepulcher’s craggy summit, we looked down onto the town of Gardiner to the north and Electric Peak (named for its frequent lightning strikes) to the west. The views were reasonable, but nothing mind-blowing. That said, we were battling some wicked haze and particulates from the wildfires burning within the park and throughout the region. However, even with better air quality, we think the peak’s location would afford only decent views. 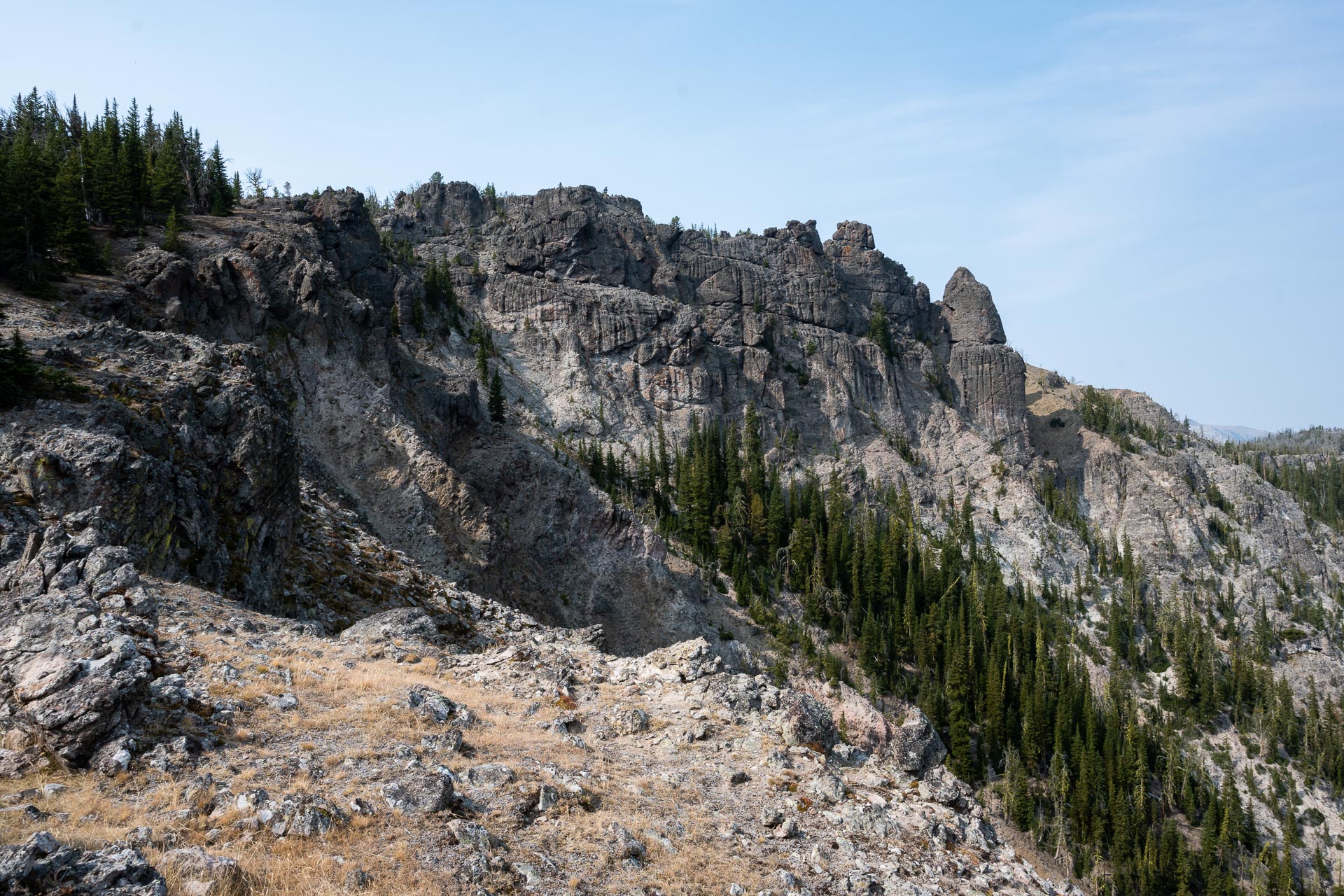 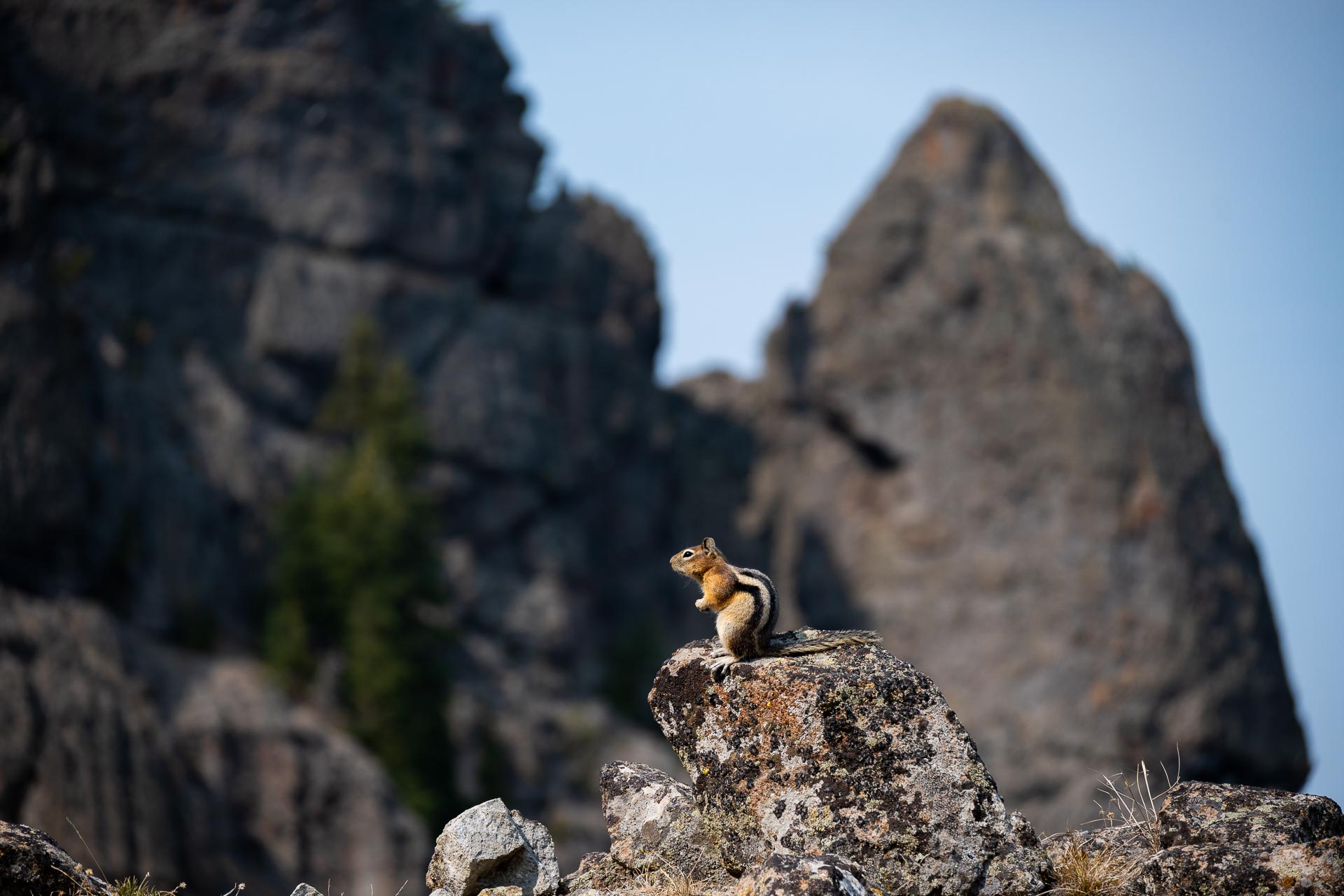 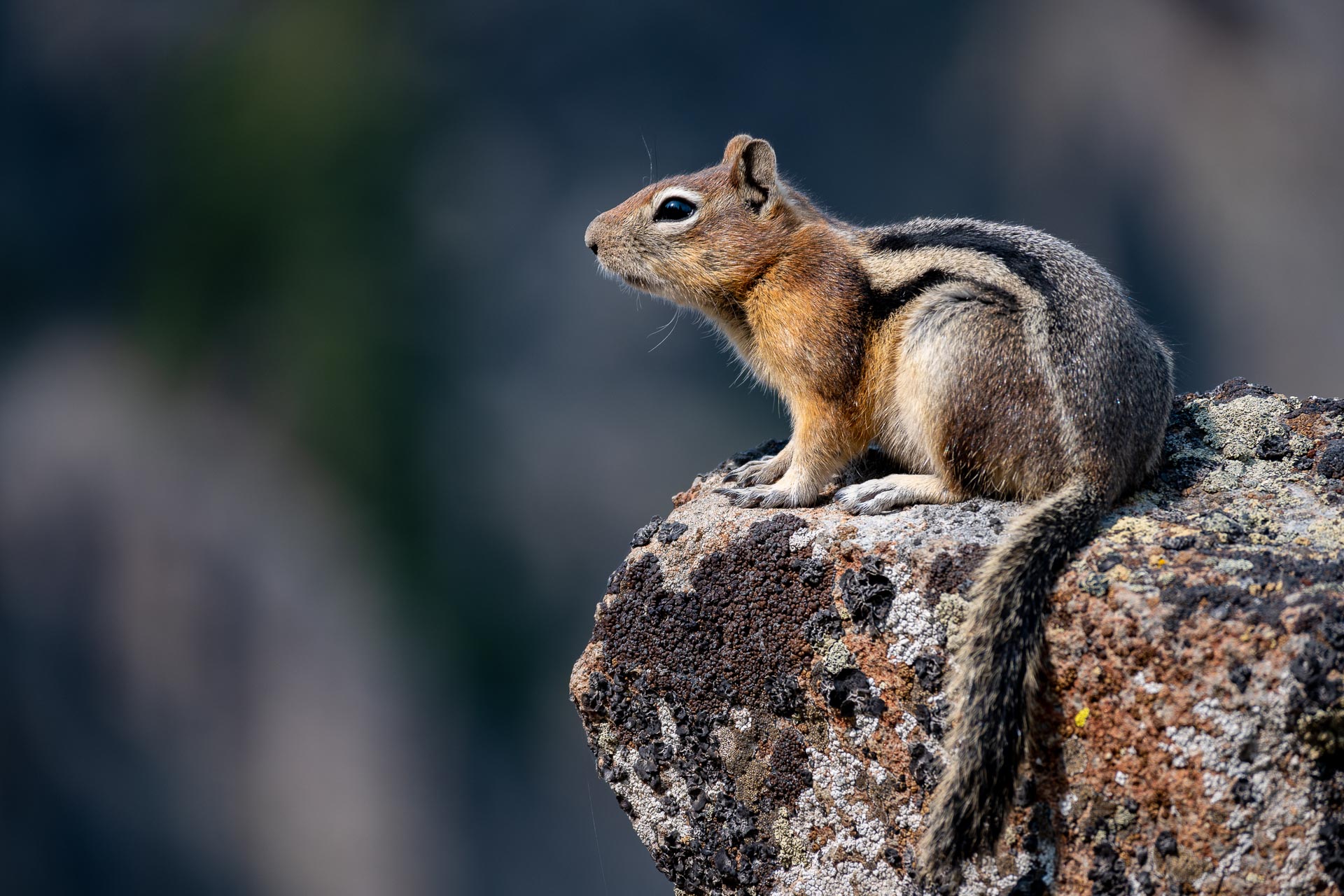 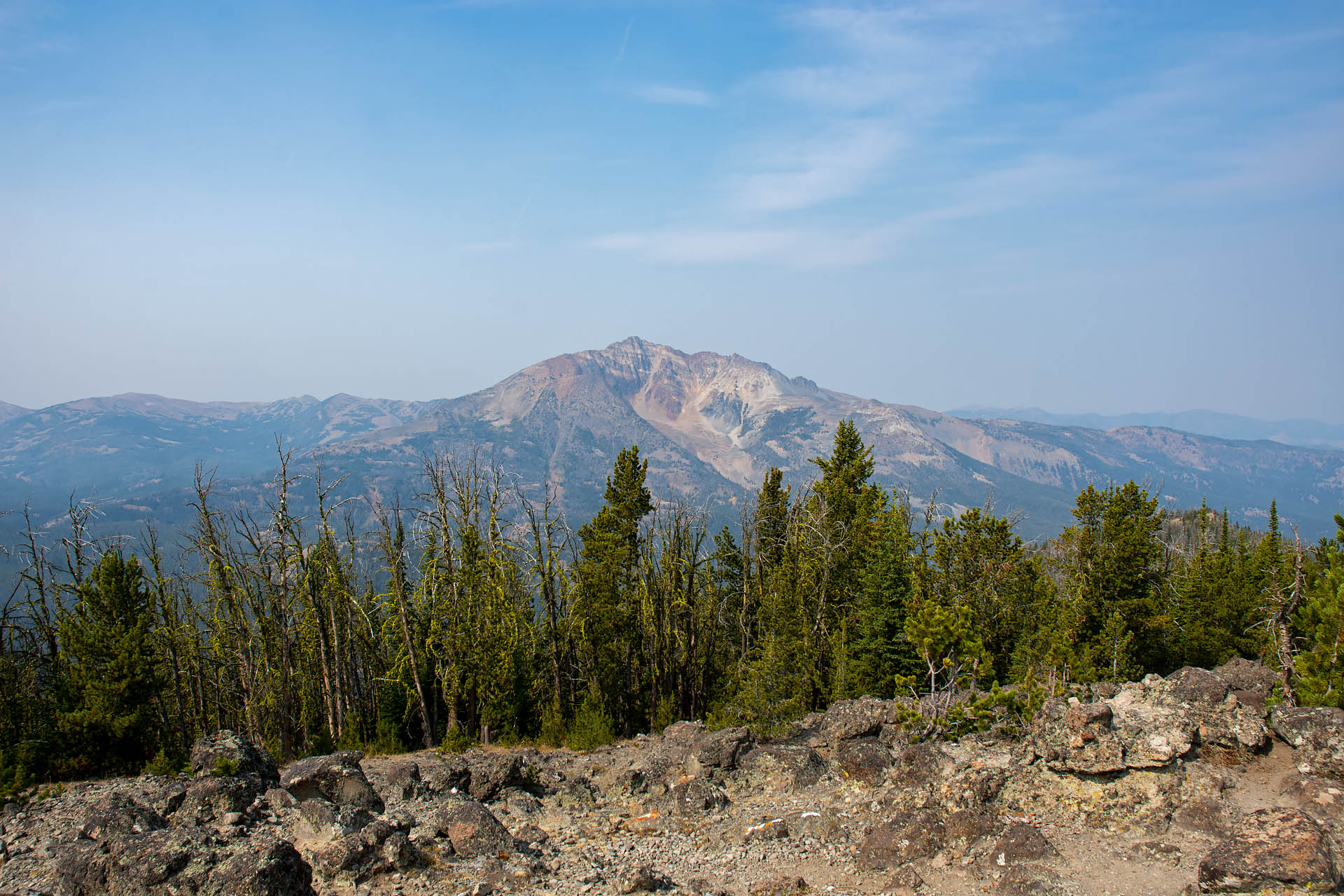 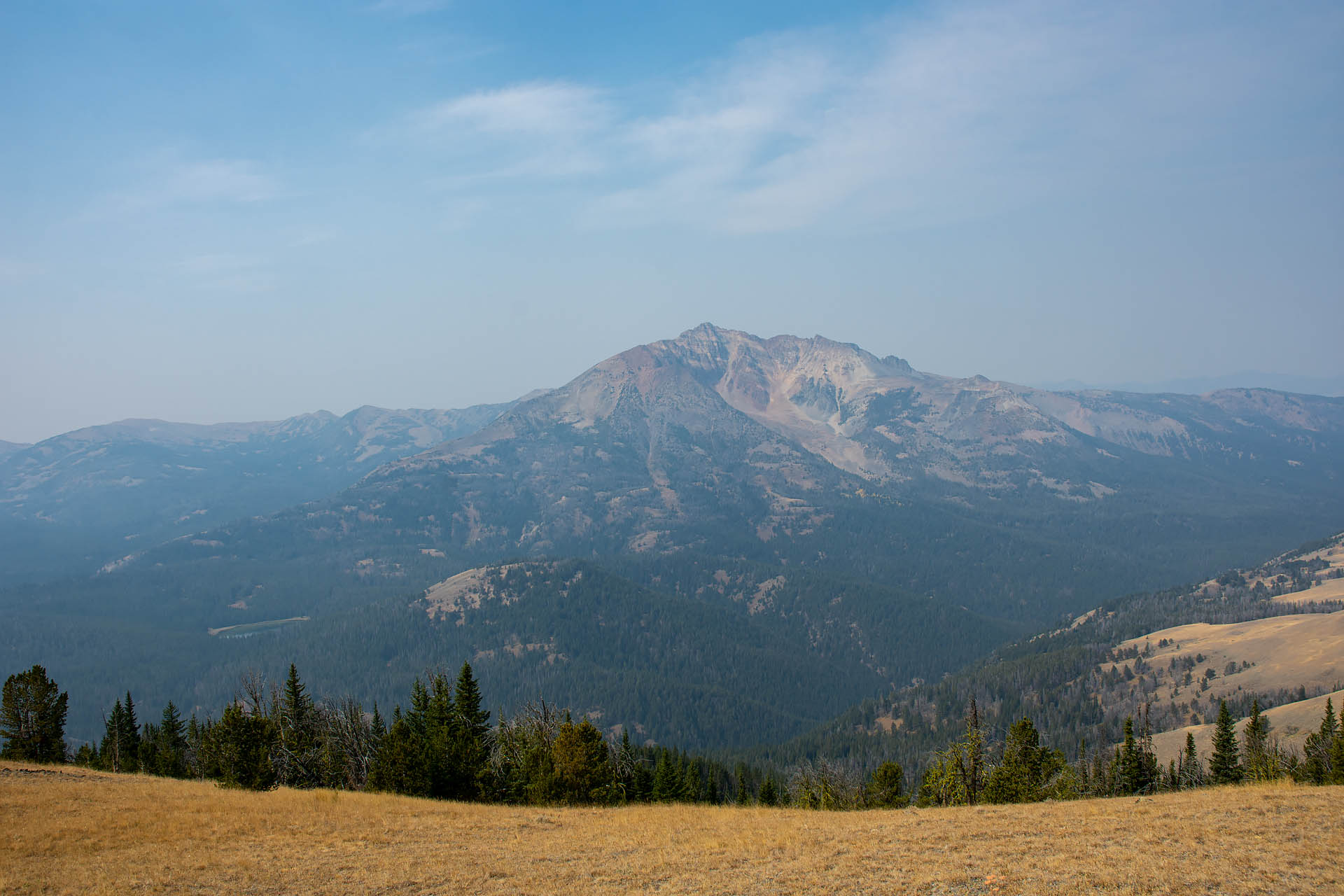 Descending the southwest side of the mountain, the trail was quite gradual, switchbacking down the hillside to Glen Creek. For the last couple miles, the path was nearly flat as it tracked around open meadows and returned to the trailhead. This section was marred somewhat as it followed a string of powerlines – not exactly every hiker’s dream of getting out into nature.

Overall, this was a decent day hike. The major pro was that the trail was completely devoid of other people. If you are looking for something that’s easily accessible and just want to escape the cacophonous din of humanity, this trail is perfect. If you’re looking for epic views or scores of wildlife, this isn’t it. Some of the trails in the canyon and lake areas (e.g. Washburn, Avalanche) are better known for their vistas, though the fire made those routes inaccessible for us (also, they are more highly trafficked… again, a tradeoff). 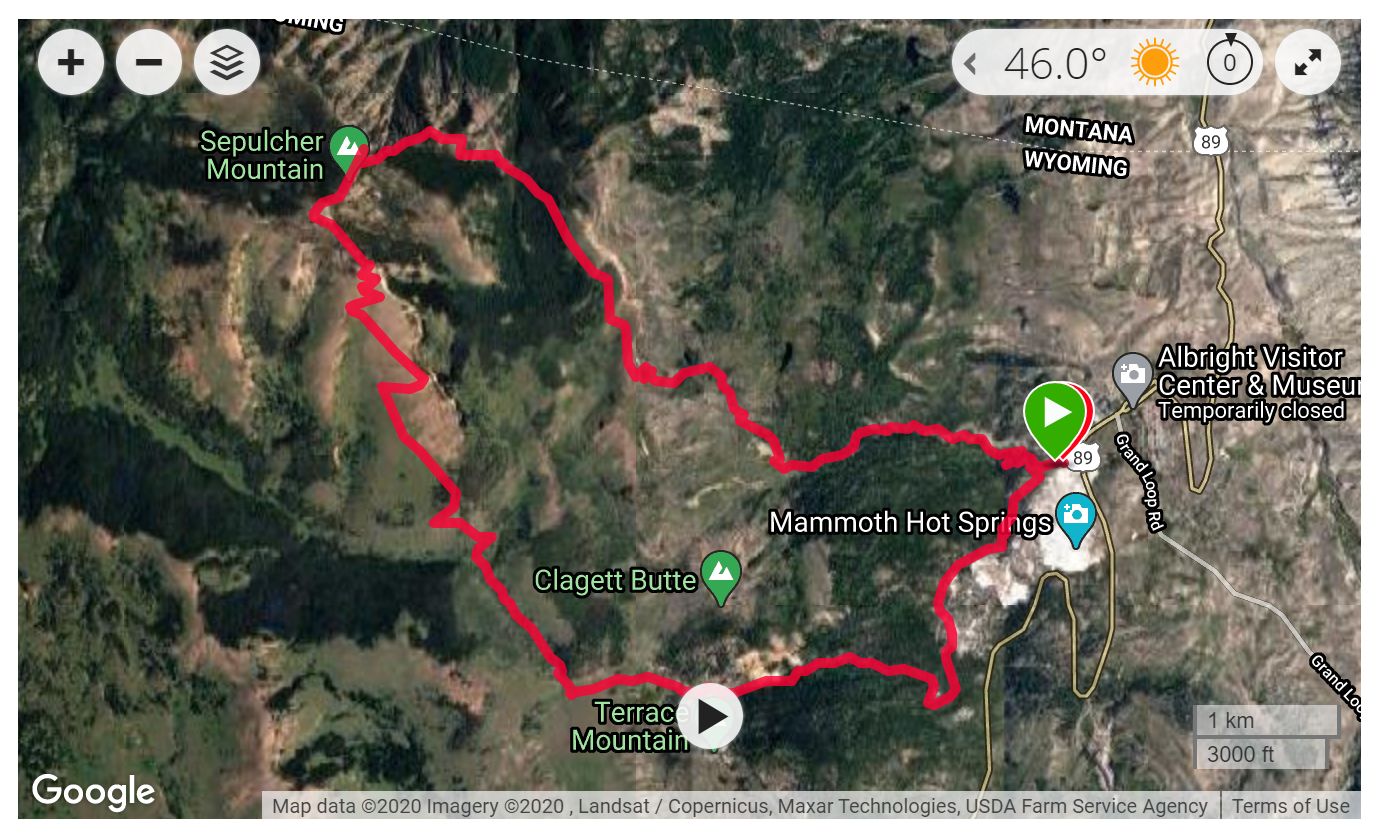