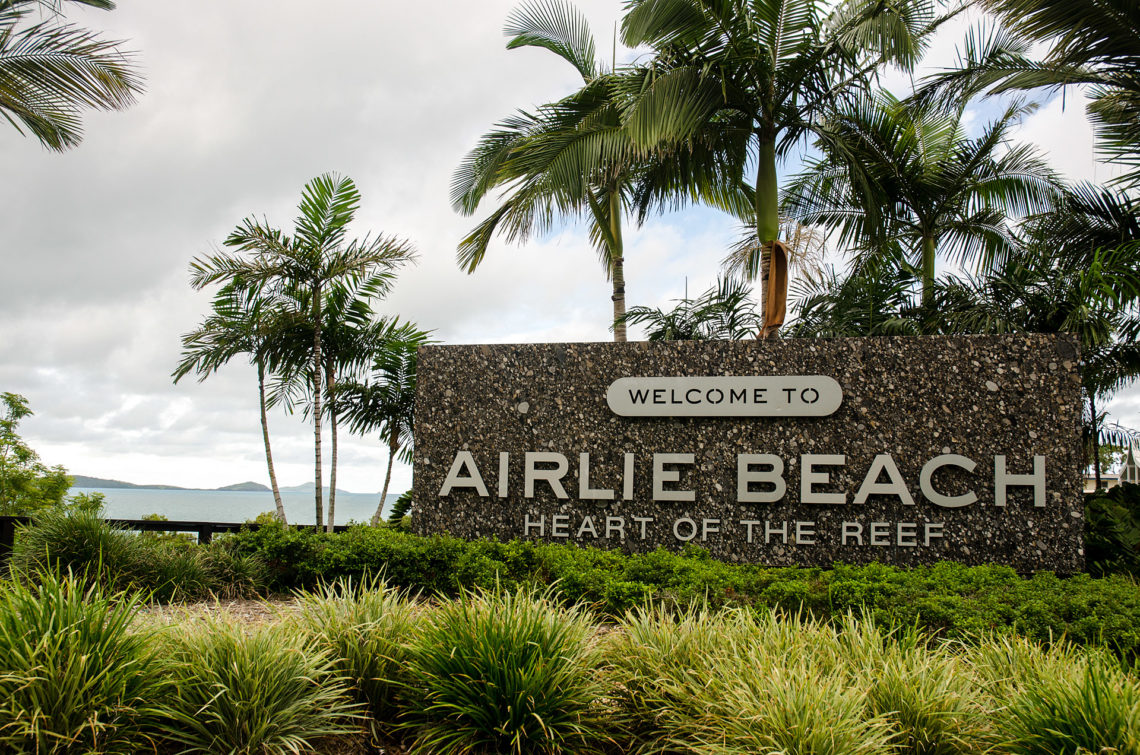 From Cairns we made a 7-hour drive south to Airlie Beach, the ‘heart of the reef’ and port of origin for visiting the world-renowned beaches of the Whitsunday Islands. The drive along the Queensland coast was surprisingly mind-numbing – just far enough inland to lack coastal scenery, and instead consisting of a straight strip of highway through scraggly flatlands and endless cane fields. At least our little two-door Kia allowed us to cruise along at the speed limit, unlike our beloved but somewhat unwieldy campervan.

A tiny little beach town, Airlie Beach was largely confined to one main drag lined with restaurants, bars, tour outfitters, and beachwear shops. The Esplanade, a similarly-adorned strip of road, branched off of this street and ran parallel to the beach and “lagoon,” a man-made swimming hole suitable for cooling off without risk of marine stingers. During peak season, we were told, the two streets will flood with tens of thousands of young bar-hoppers and backpackers. I can’t imagine that many people inundating the diminutive town center, and was instantly grateful for our off-season visit, even if it was accompanied by a bit of less-desirable weather. 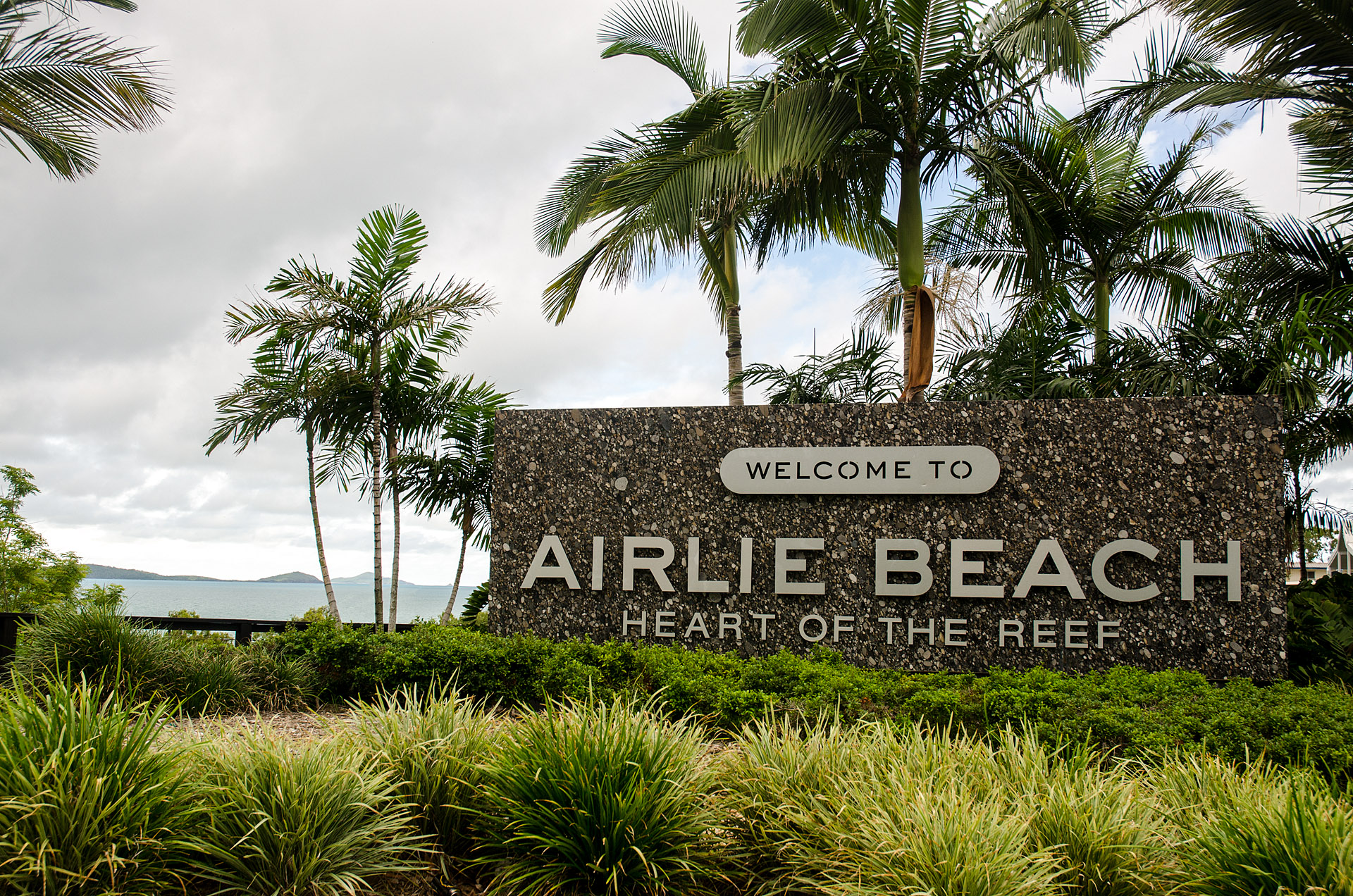 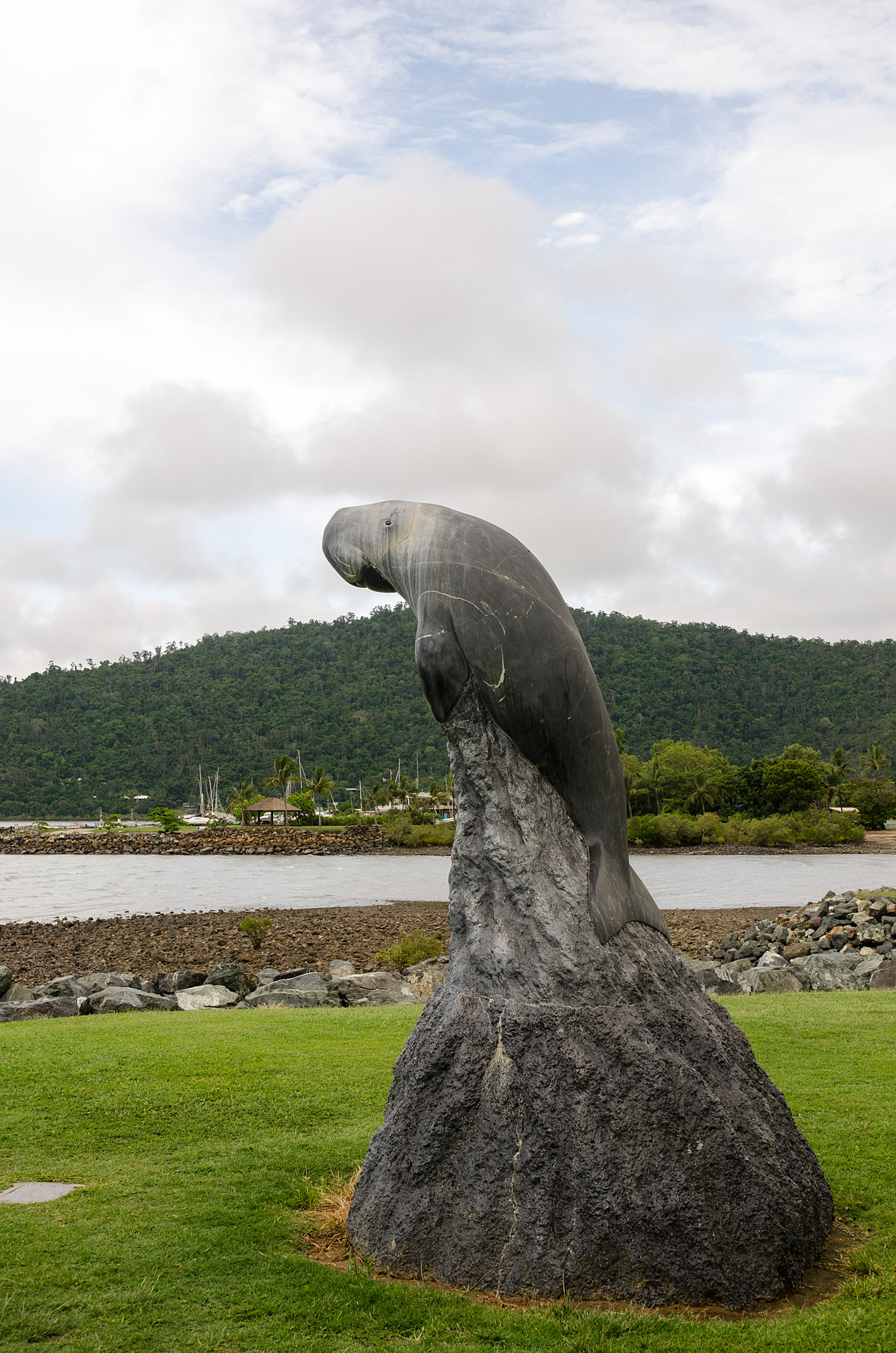 That said, our primary reason for visiting the beachside community was to take a seaplane tour of the scenic Whitsunday Islands. Unfortunately, while the weather was not terrible, it was also not in favor of seaplane flying/landing on the day of our scheduled flight (due to northerly gusty winds). With nothing else planned, and not a huge amount of budget-friendly activities in the area, we settled on a short “bush walk” at nearby Conway National Park. The three-mile track we selected wound through the humid forest to Coral Beach, a small strip of shore littered with broken pieces of coral washed up from the reef. With signposts mentioning estuarine crocodiles, I told Stephan I was turning the beach portion into a 200-meter trail run, much to his chagrin. Ultimately, though, I was taken with poking through the various coral fragments, and the ‘trail run’ turned into ‘carefully skulk along the beach while furiously scanning the landscape for ravenous reptiles.’ Overall, a nice little walk… even if we were absolutely drenched with sweat by the time we returned to the car. 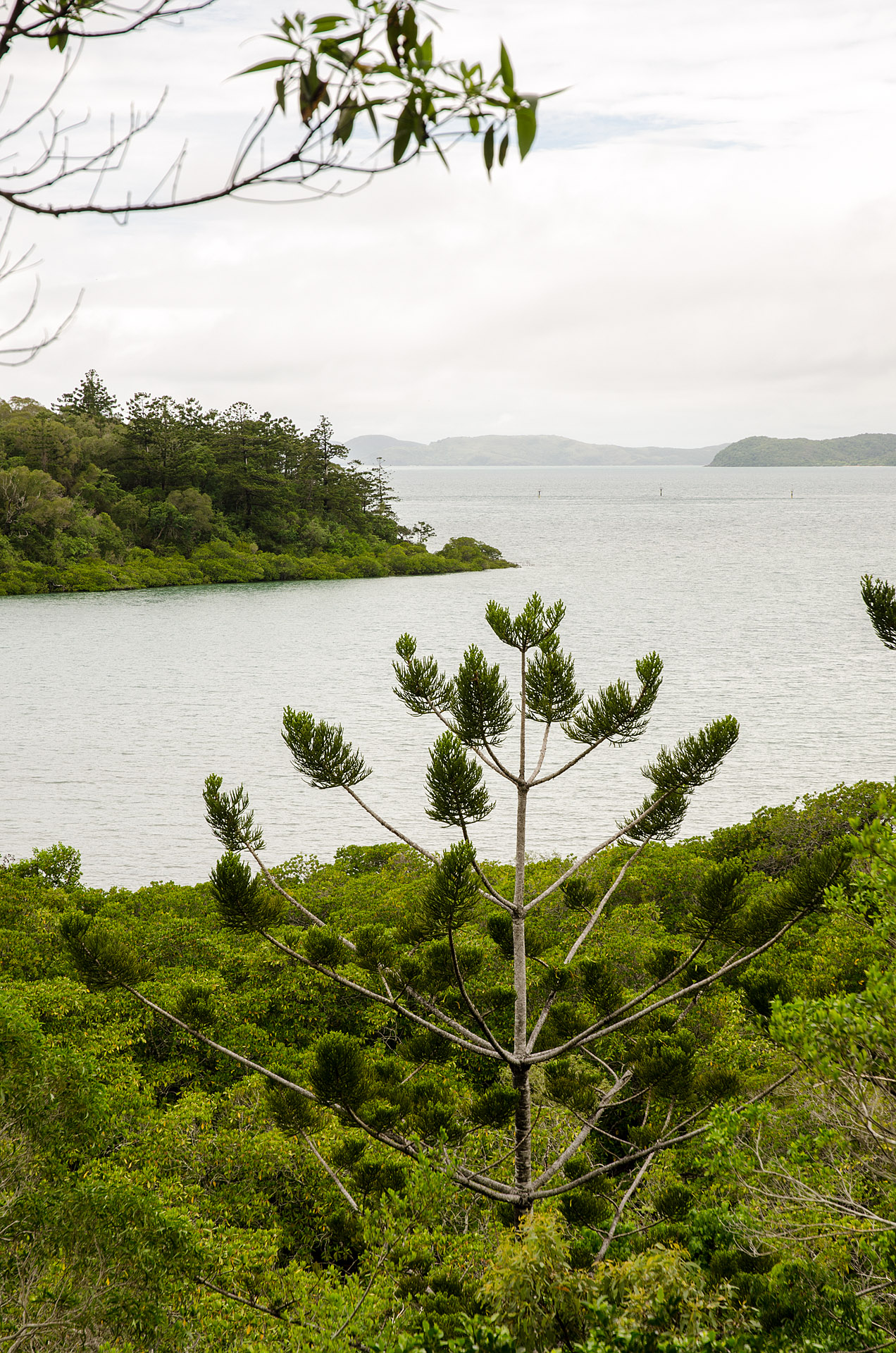 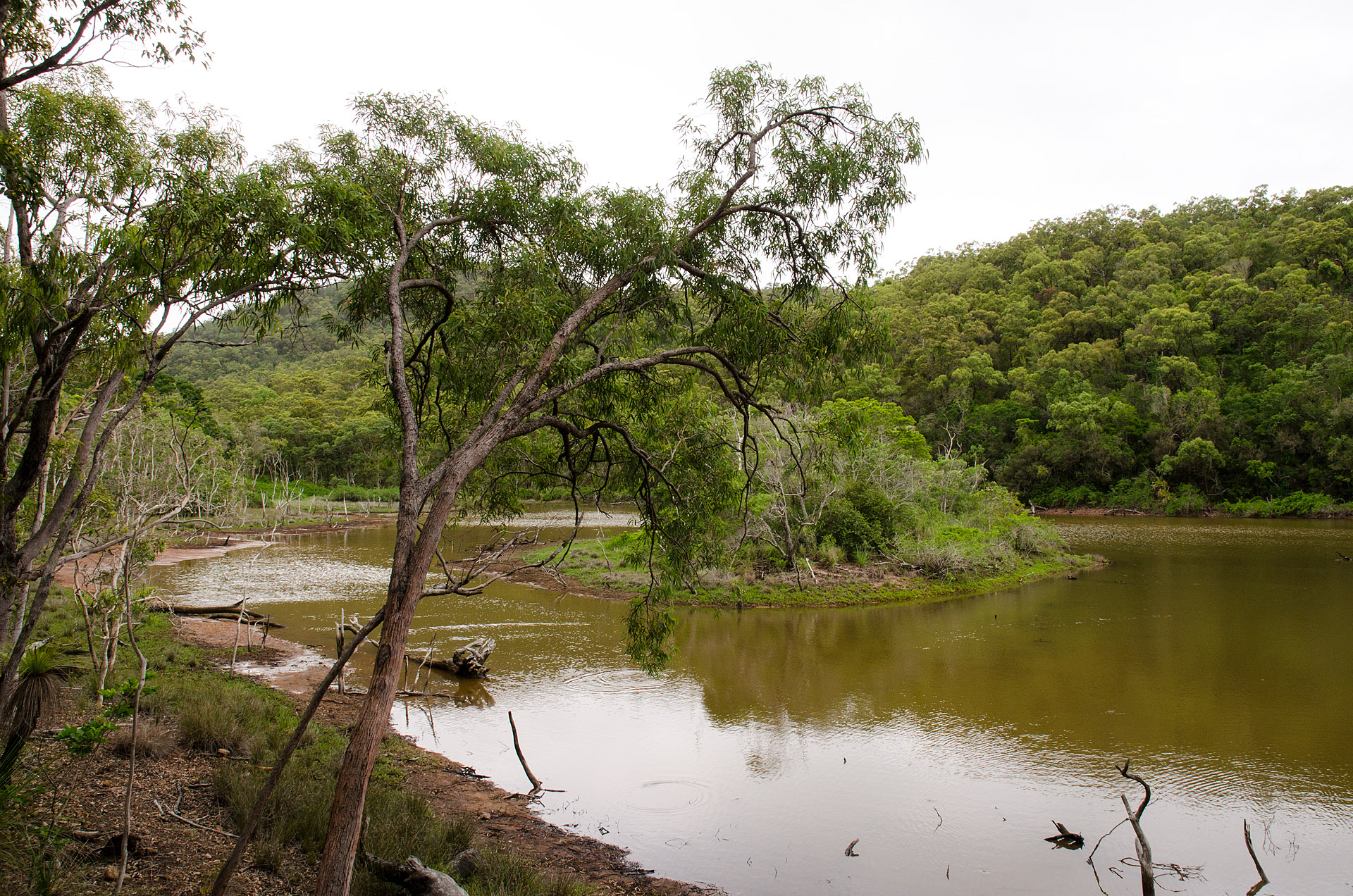 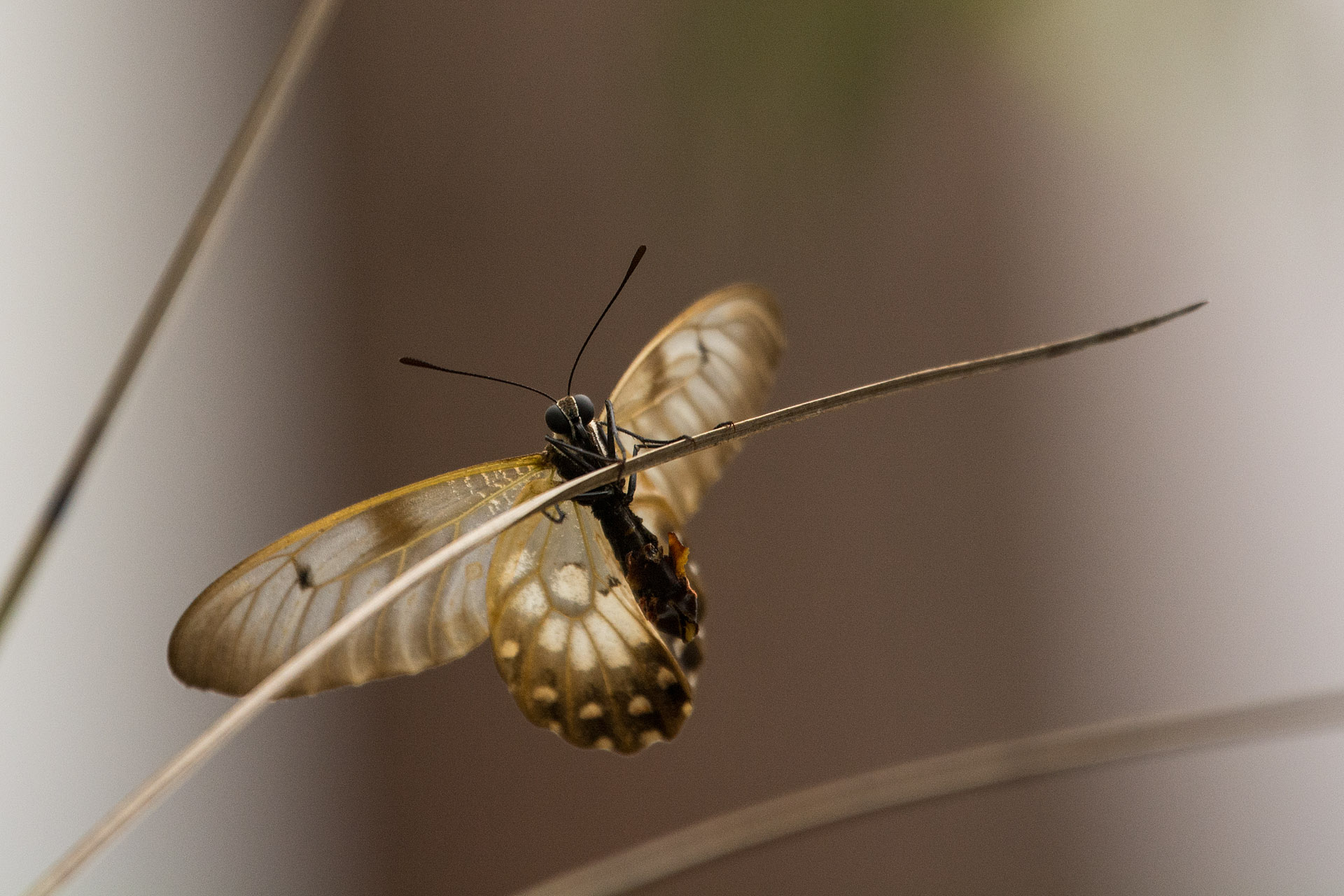 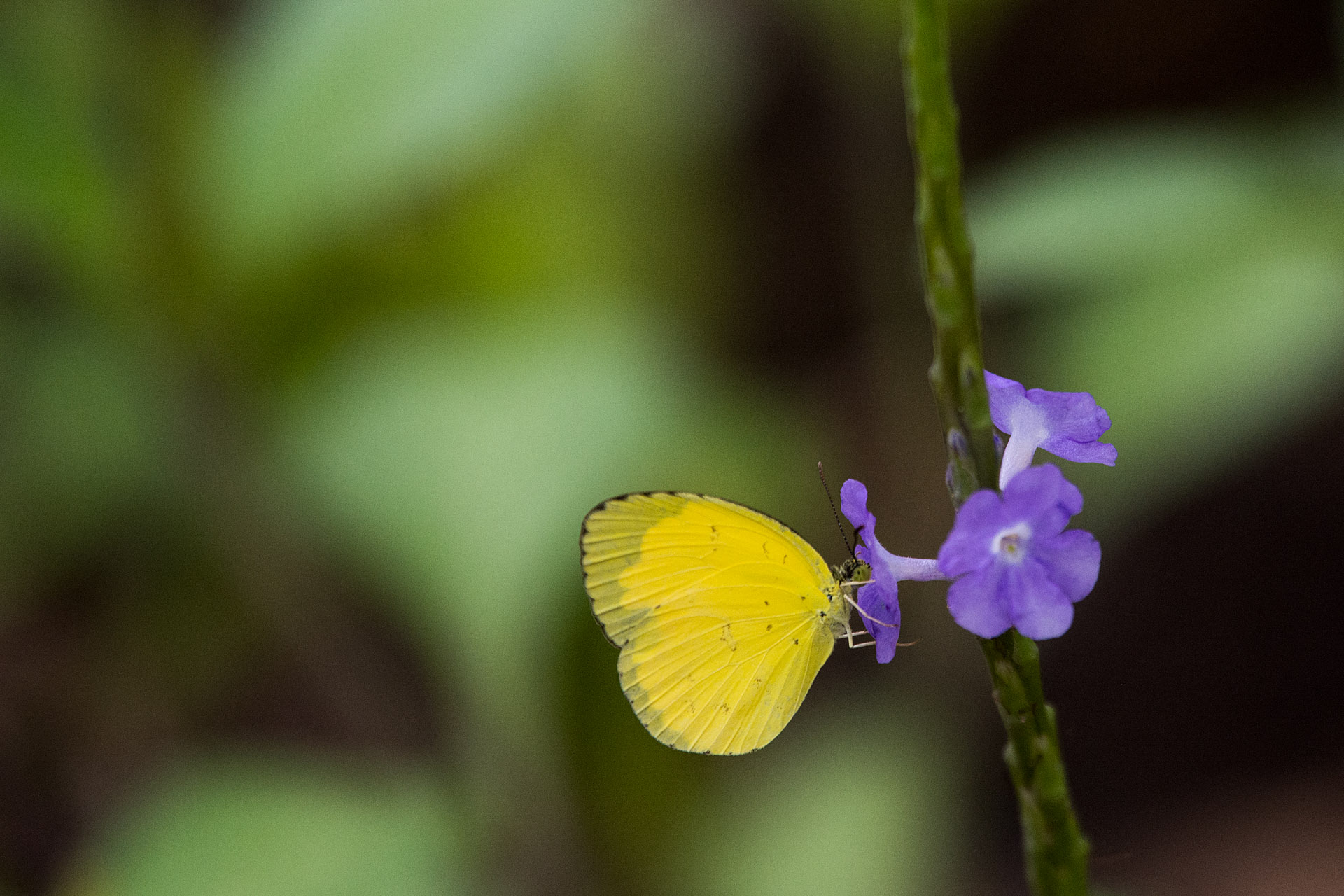 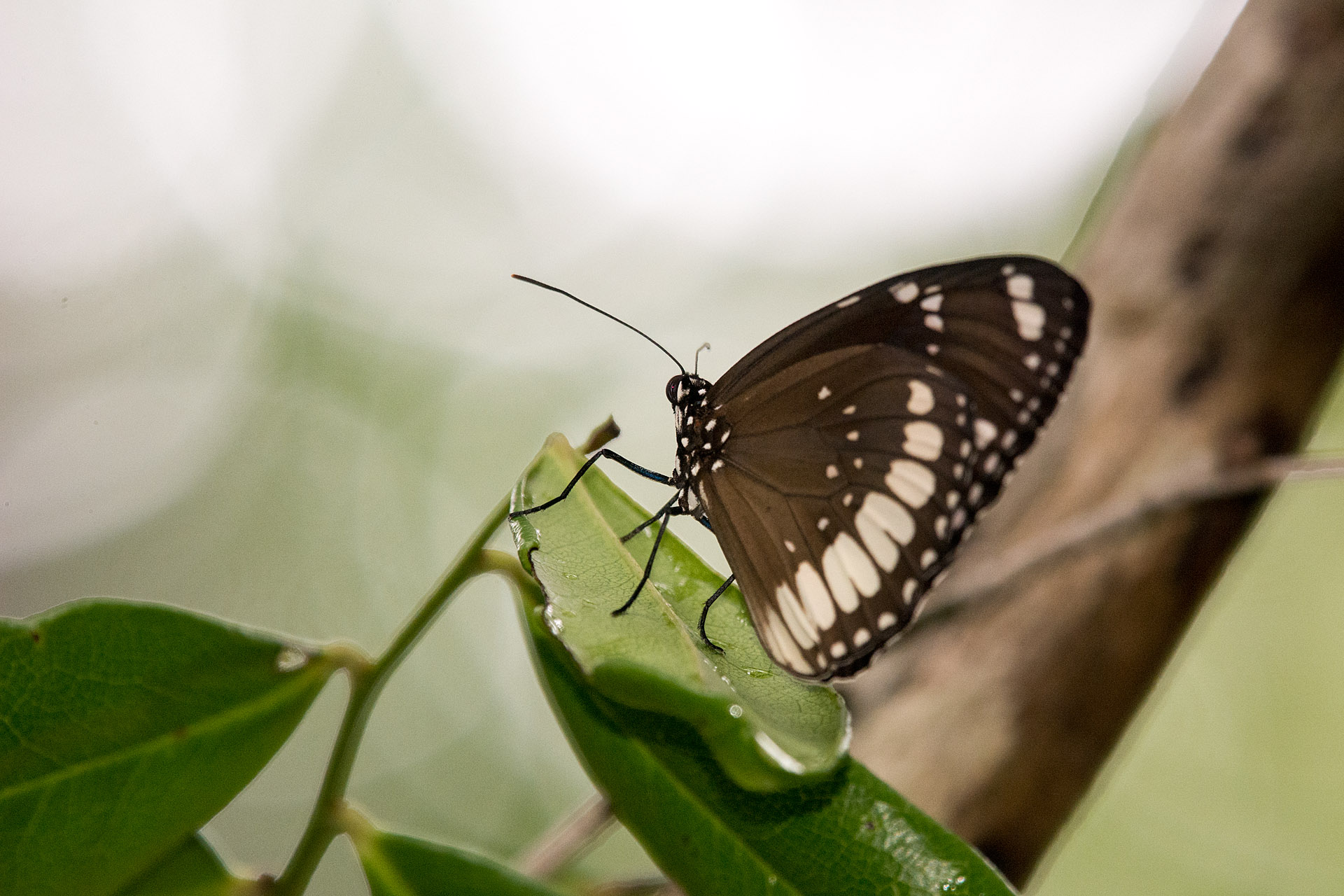 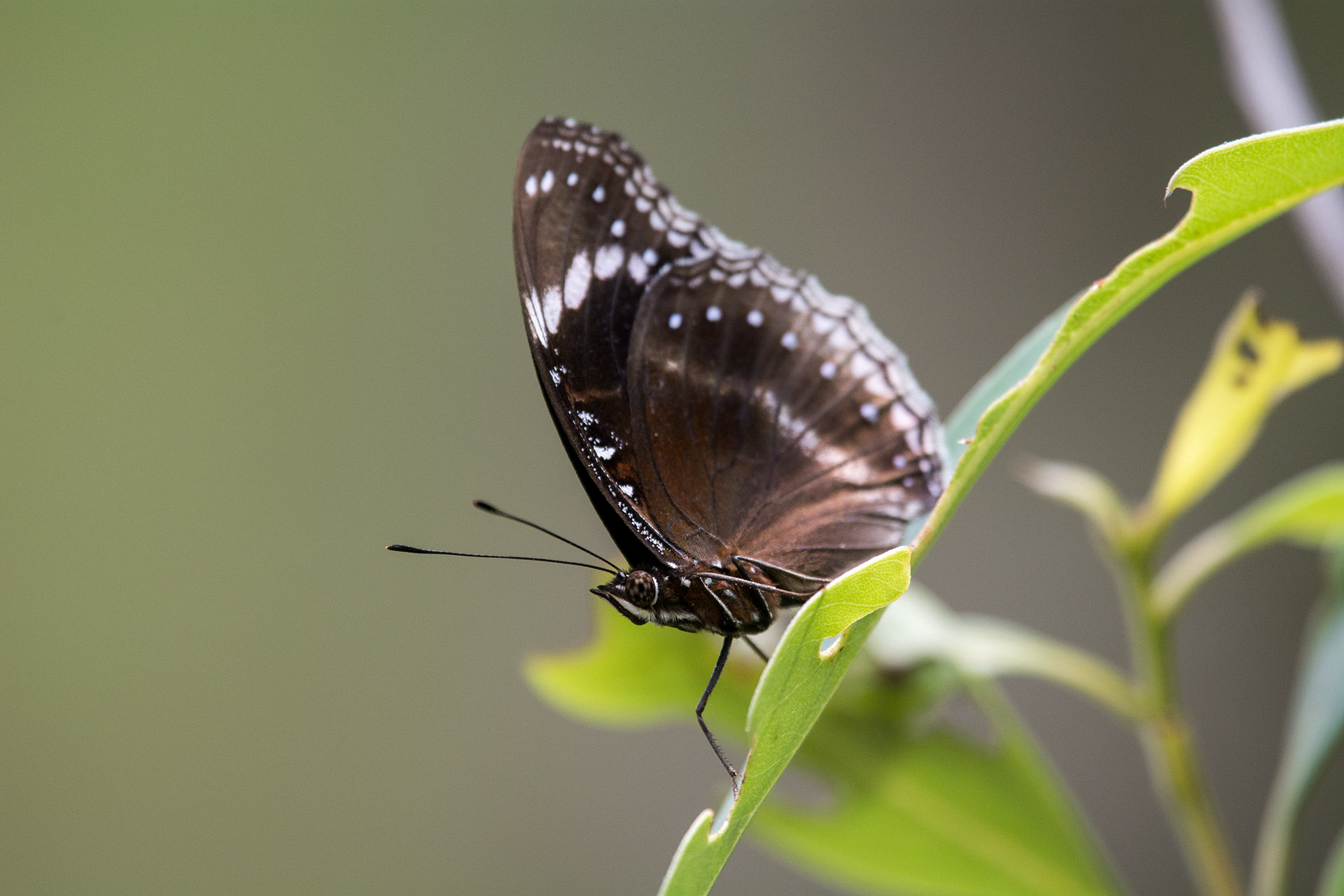 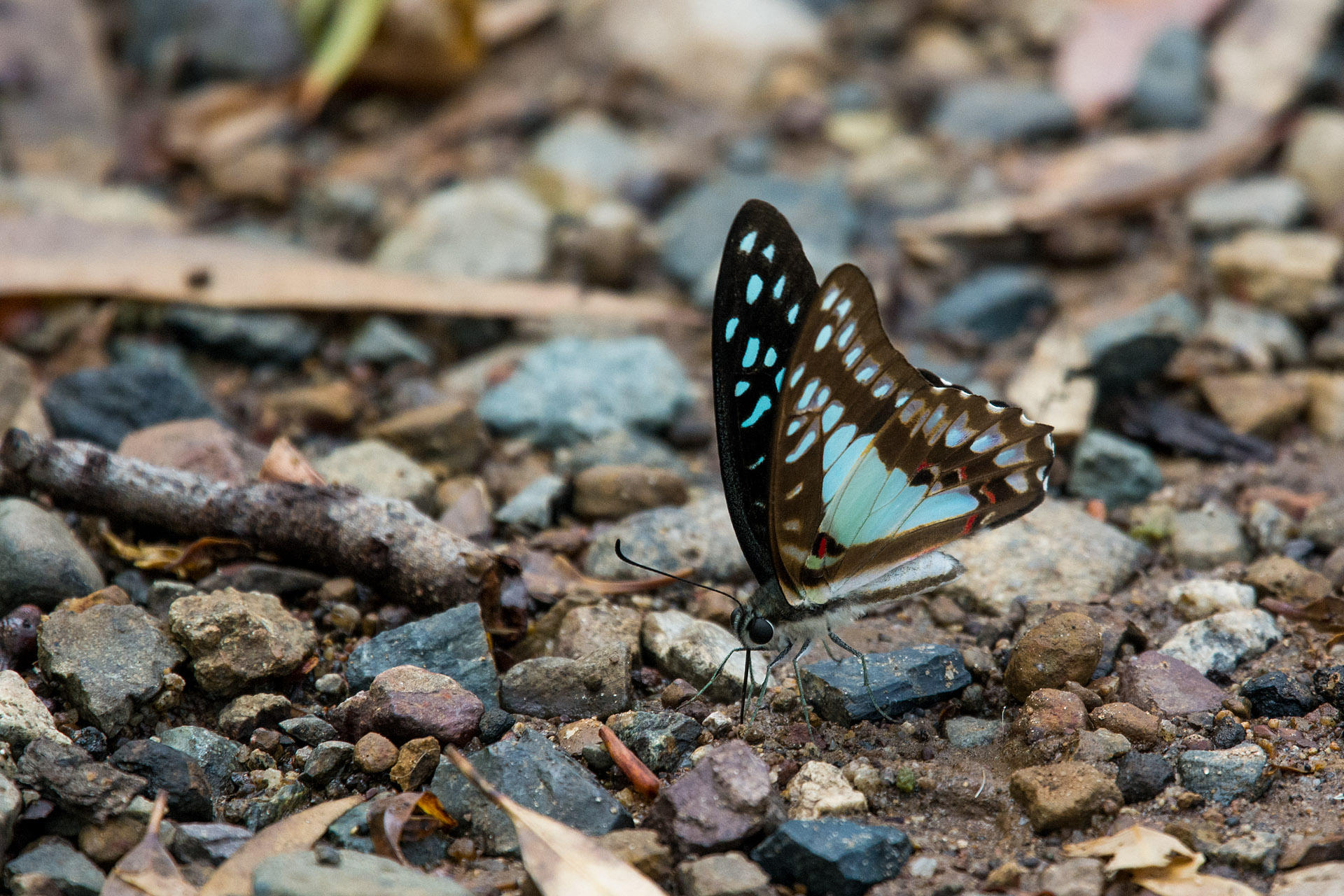 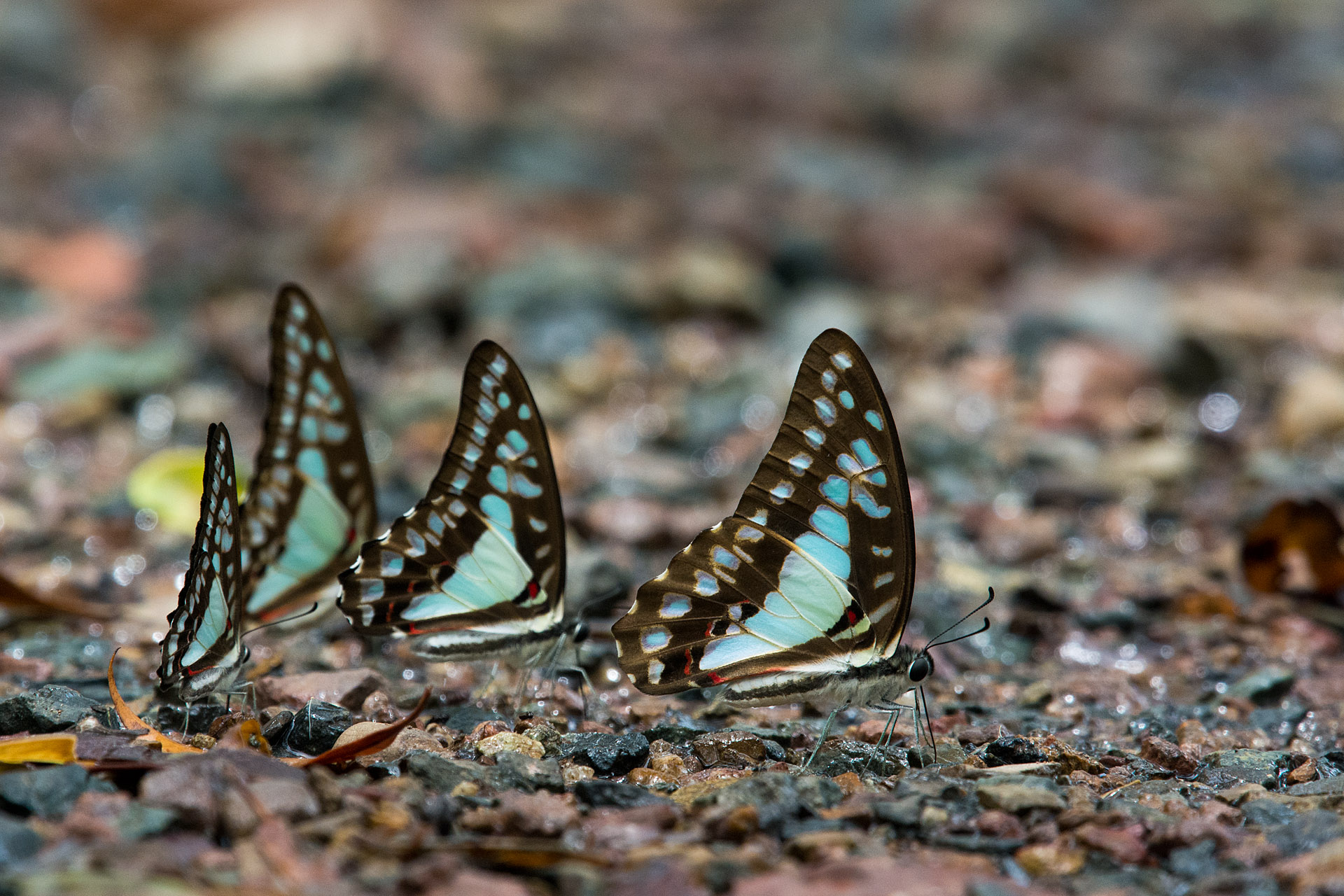 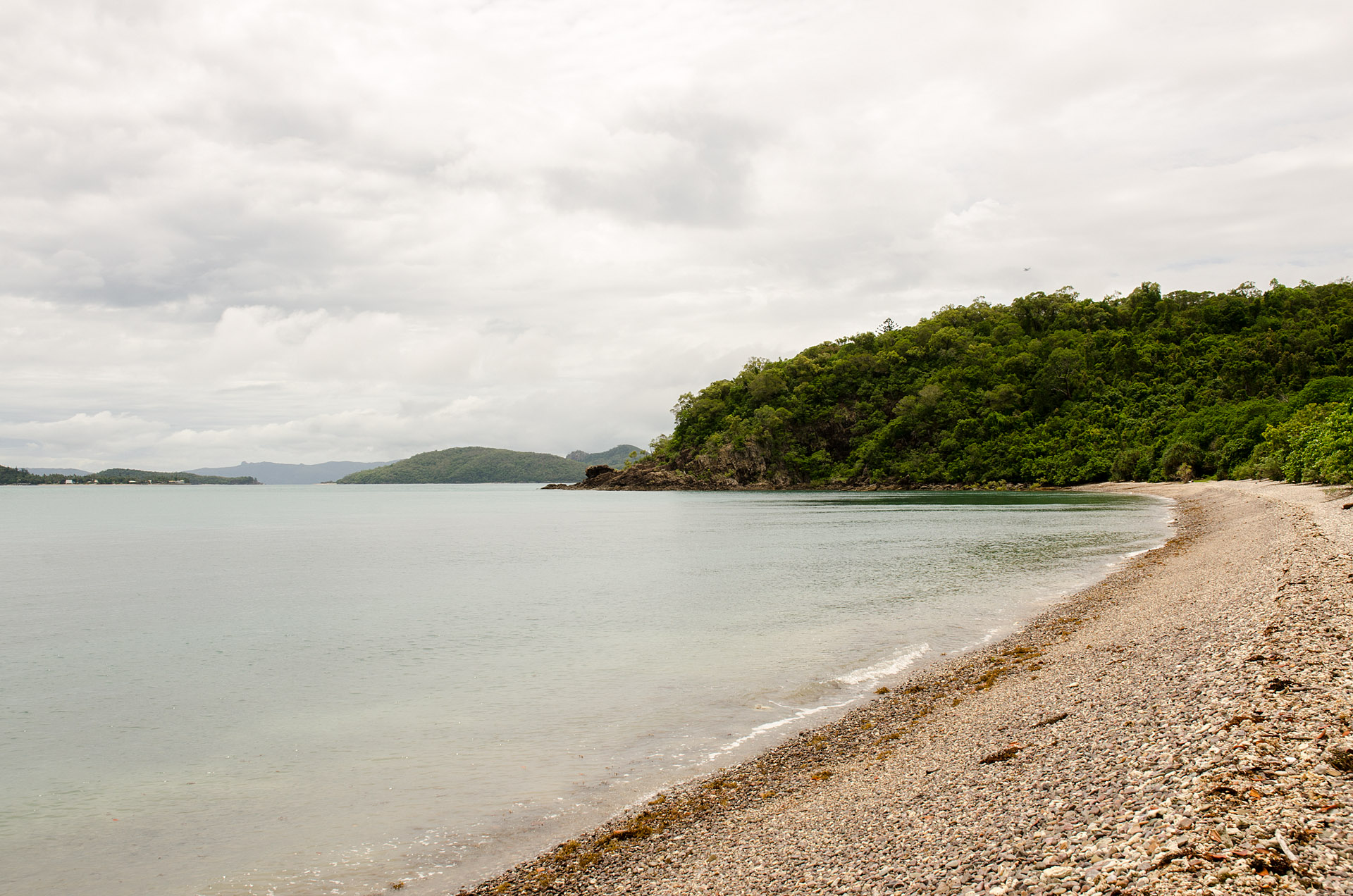 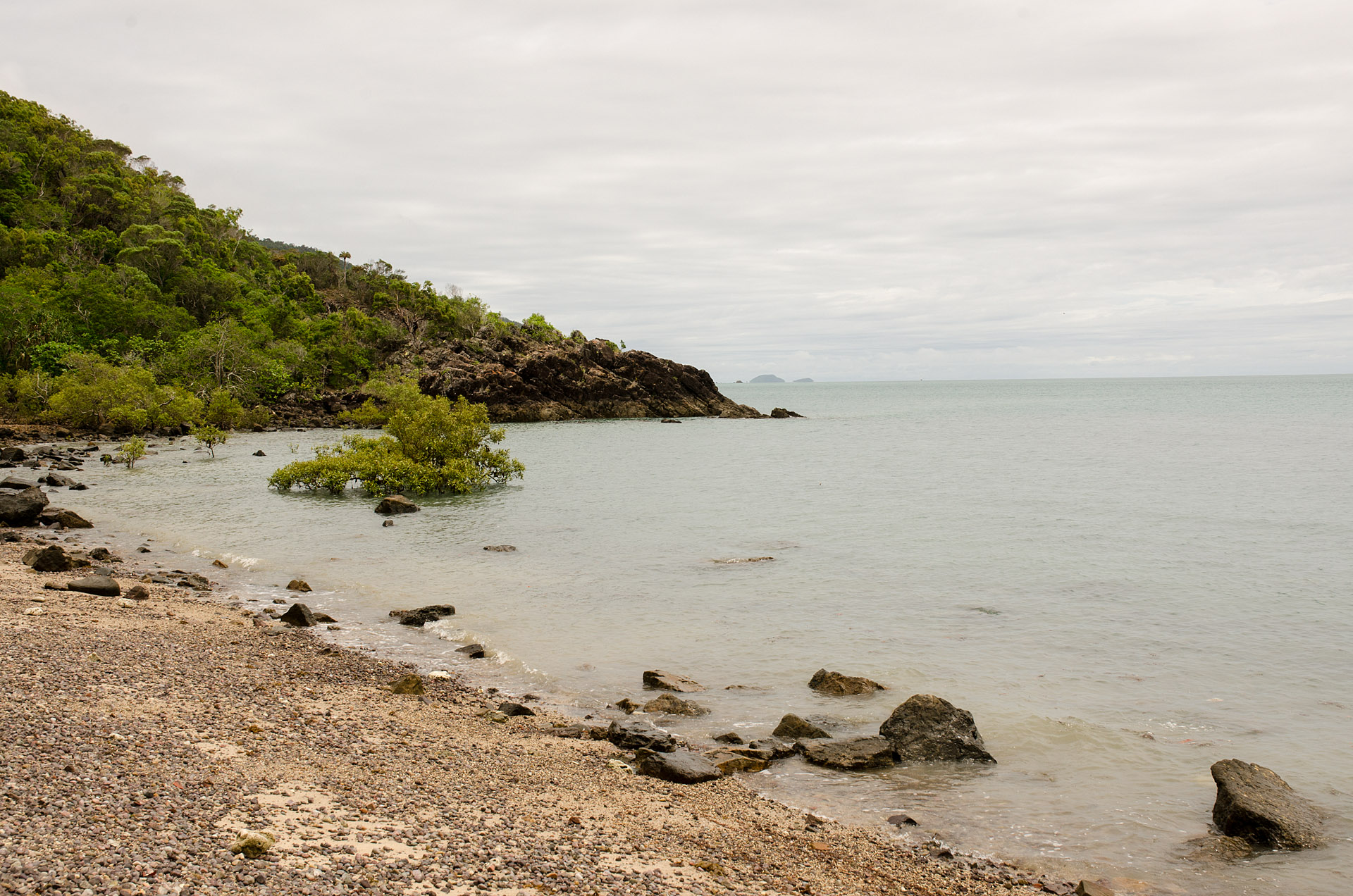 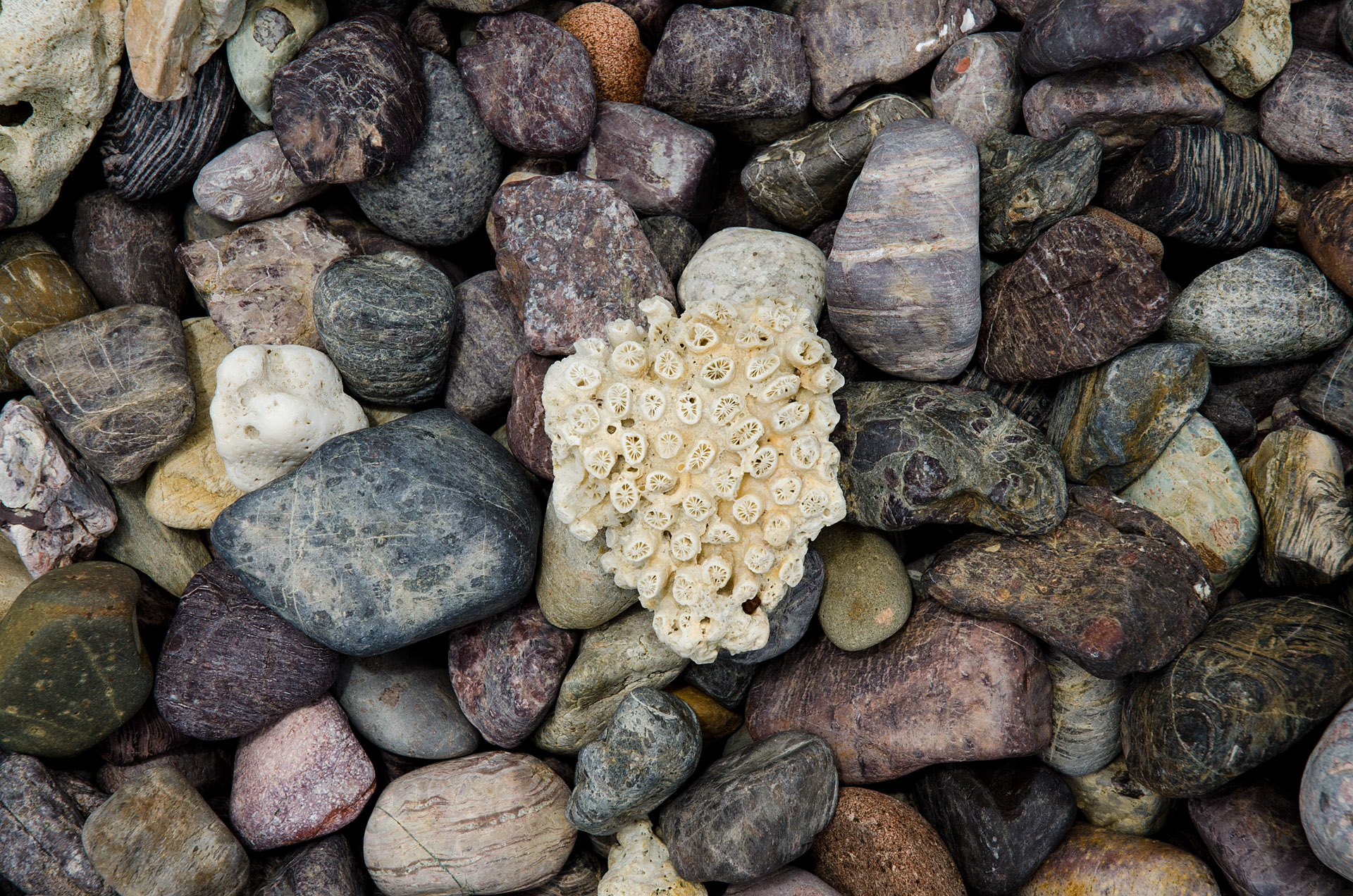 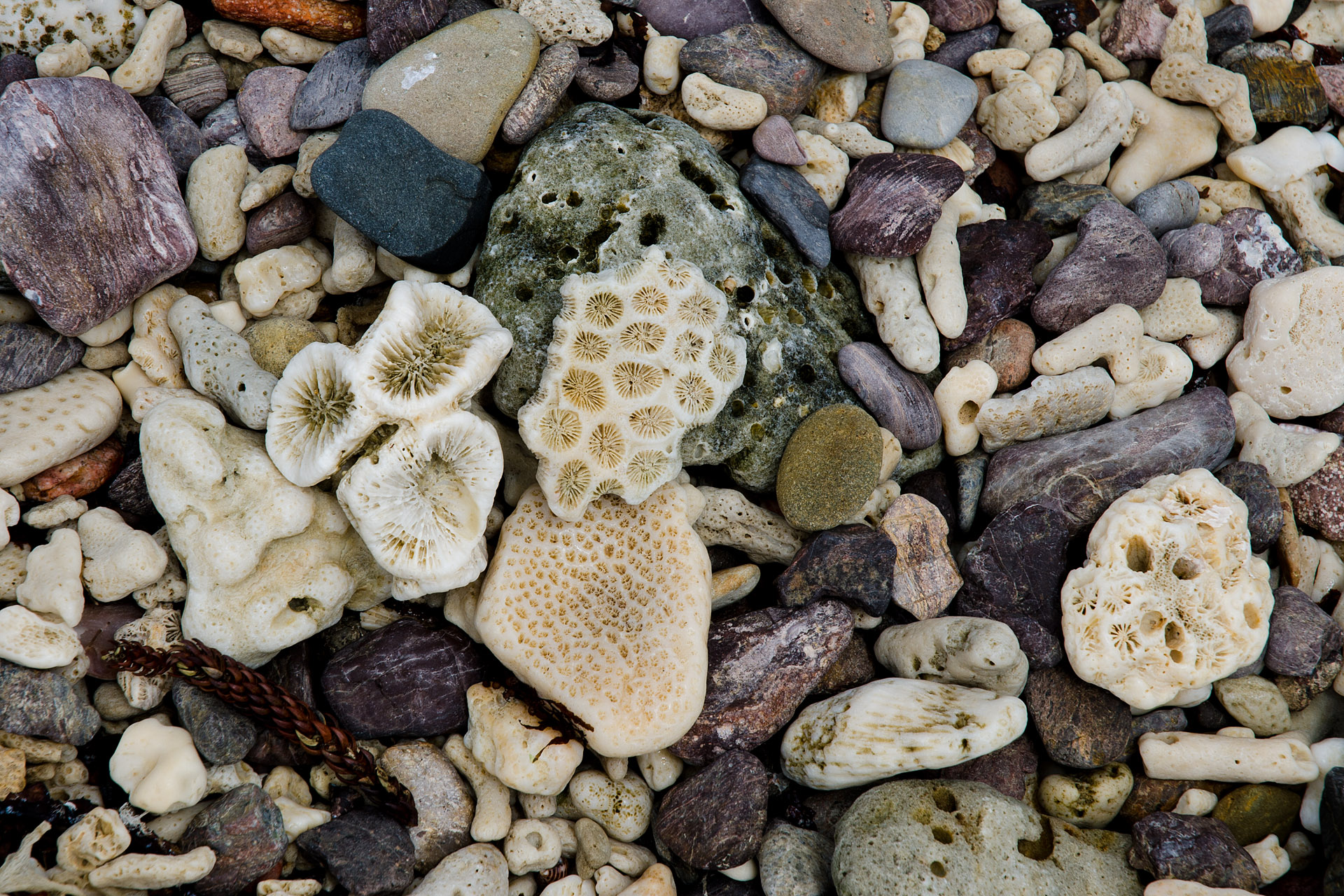 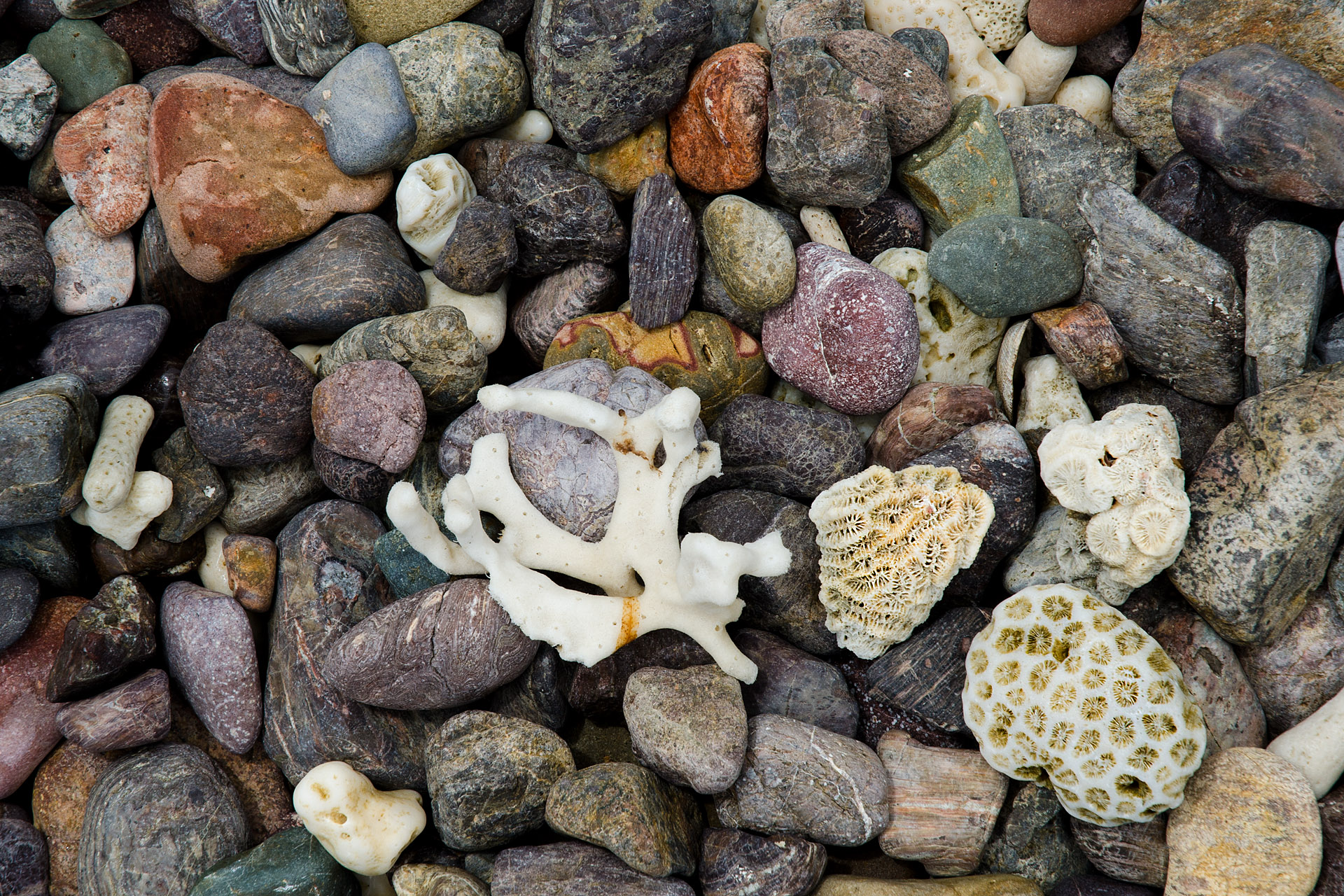 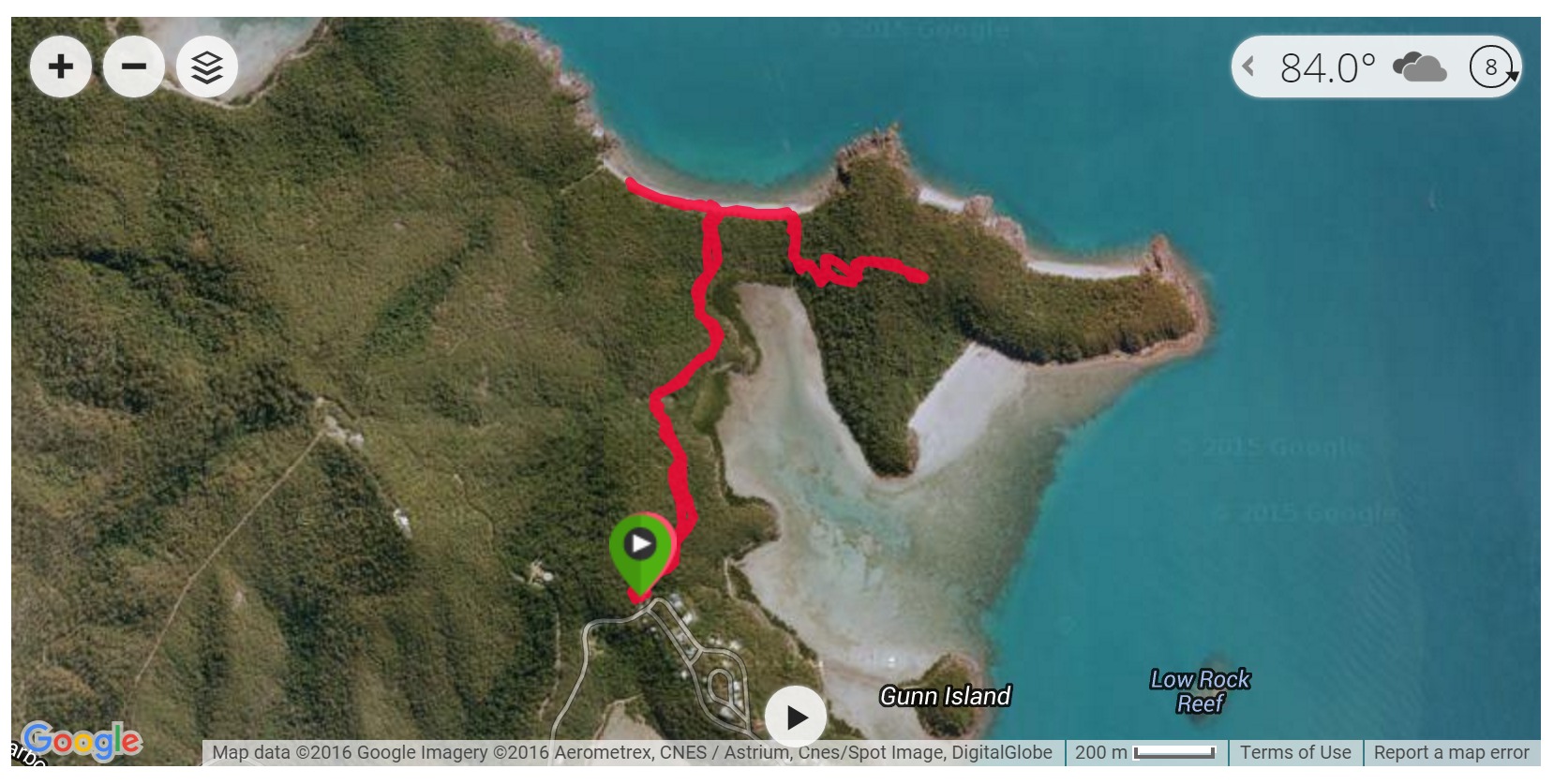