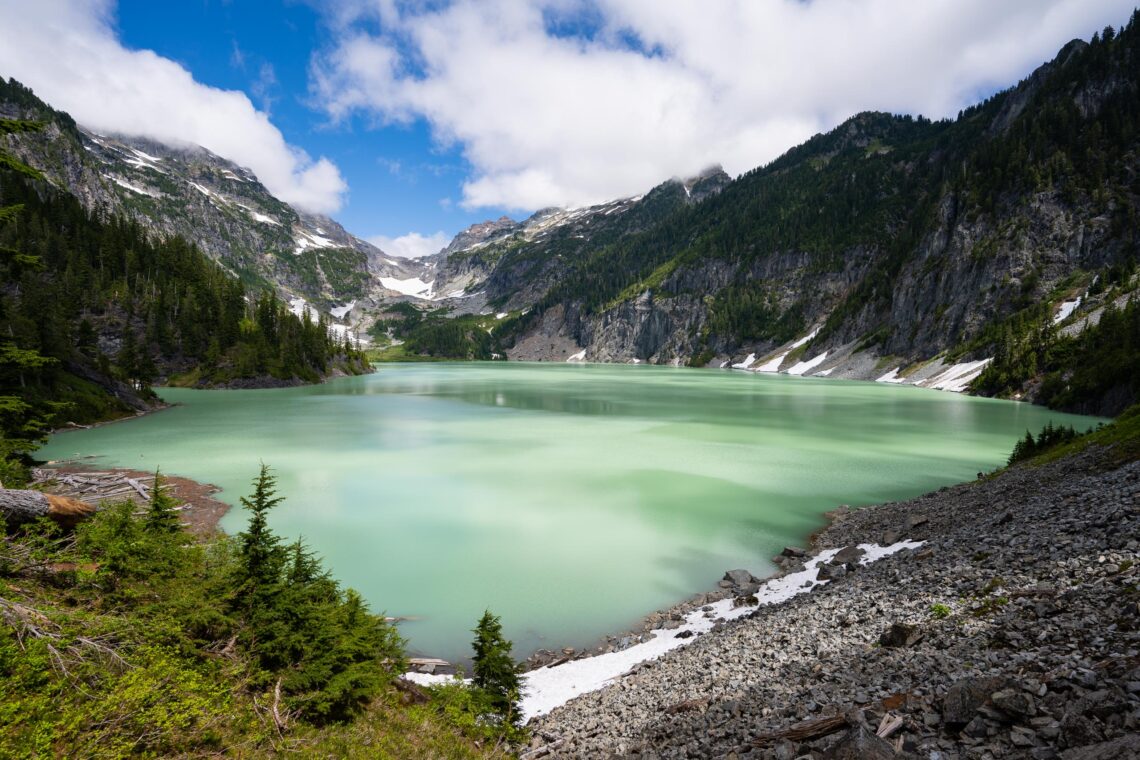 The eight-mile out-and-back to Blanca Lake is one of the more heavily-trafficked routes in Washington’s Cascade Mountains. The centerpiece of the hike, Blanca Lake is perhaps the most eye-catching of the roughly thirty lakes in the Henry M. Jackson Wilderness. Blanca Lake is fed by neighboring Columbia Peak’s eponymous glacier, and its striking green hue is the result of ultrafine particles of glacial silt that become suspended in the crystalline water (known as glacial flour or rock flour).

As expected, when we hiked on an intermittently overcast Saturday in mid-July, the trail was pretty busy. The outbound trip wasn’t too bad, but the return was significantly more crowded – seemingly with people aiming to visit the lake during the warmer afternoon hours.

The trailhead for trail #1052 is about eighteen miles north of Skykomish via Beckler Rd, NF-65 and NF-63. The dirt roads were in decent shape when we visited with no major obstacles of note. While the lake was stunning, the trail itself really wasn’t much to write home about. It’s almost entirely forested and is pretty moderate in both grade and distance (all attributes that likely contribute to its seemingly massive popularity).

Beginning from the lot, the trail climbs for just over three miles, gaining about 2,600 feet over some thirty switchbacks. Topping out at a highpoint of around 4,600 feet beside the shores of humble Virgin Lake, the trail then makes a 600-foot descent over about a mile until it reaches the southern tip of Blanca Lake. 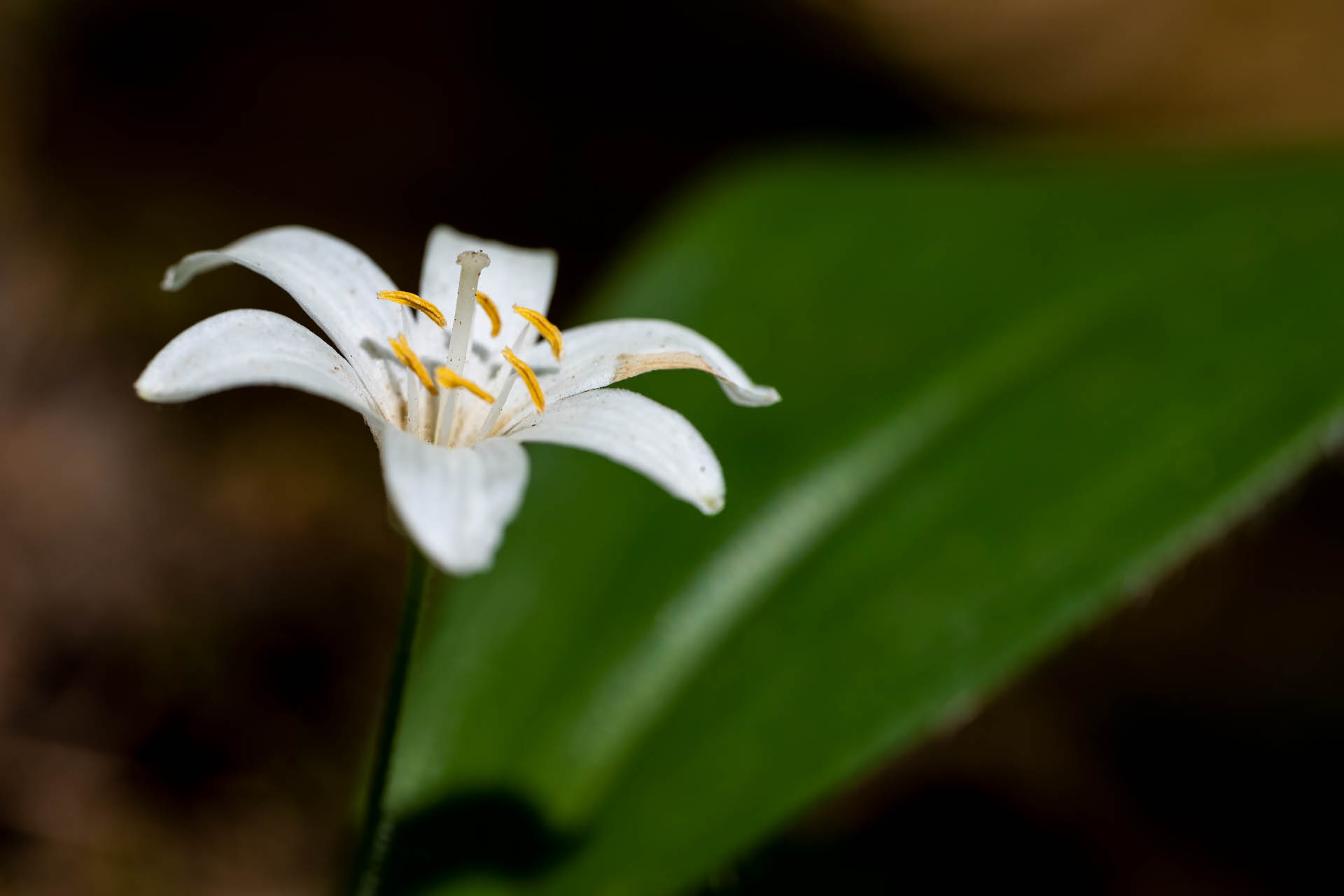 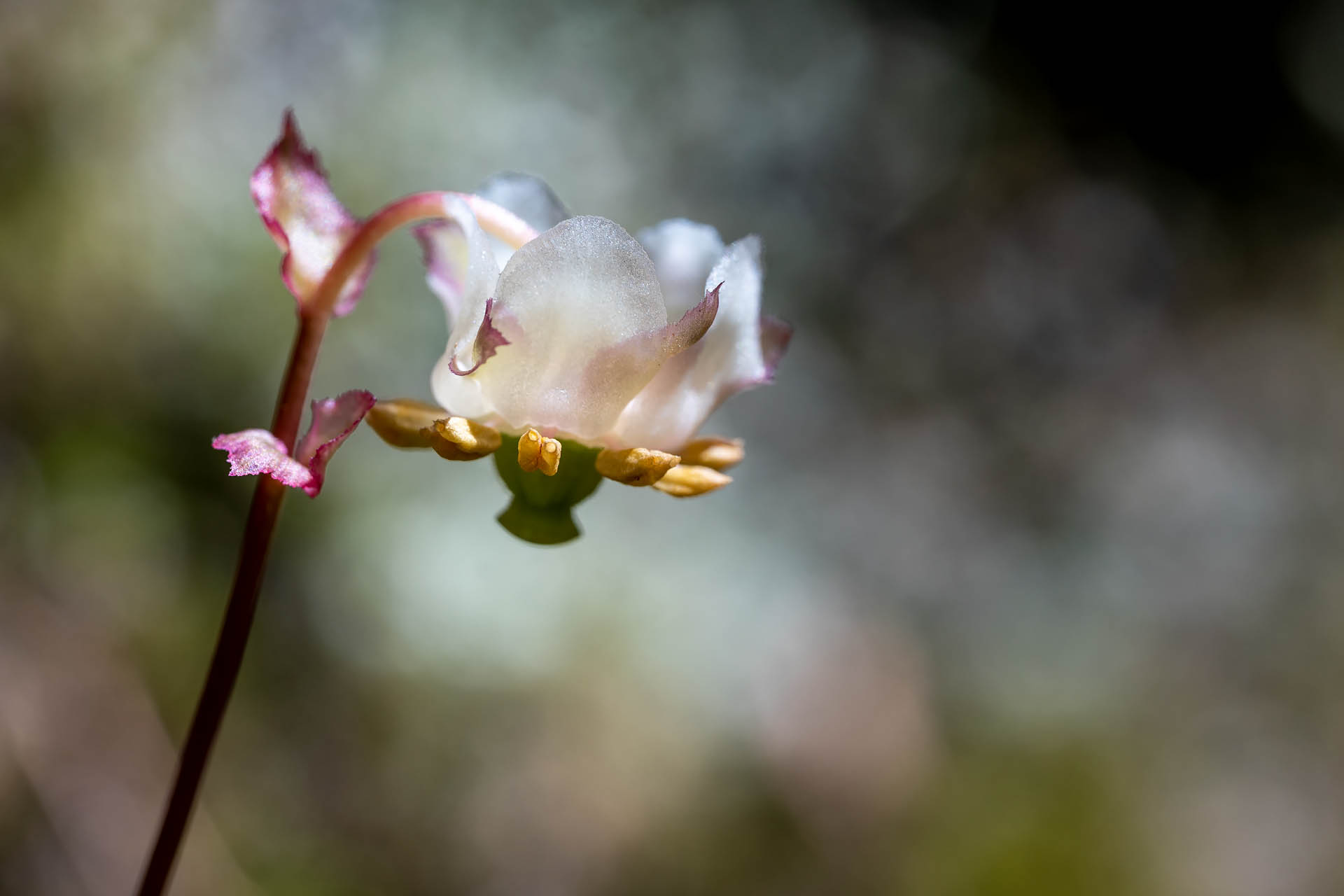 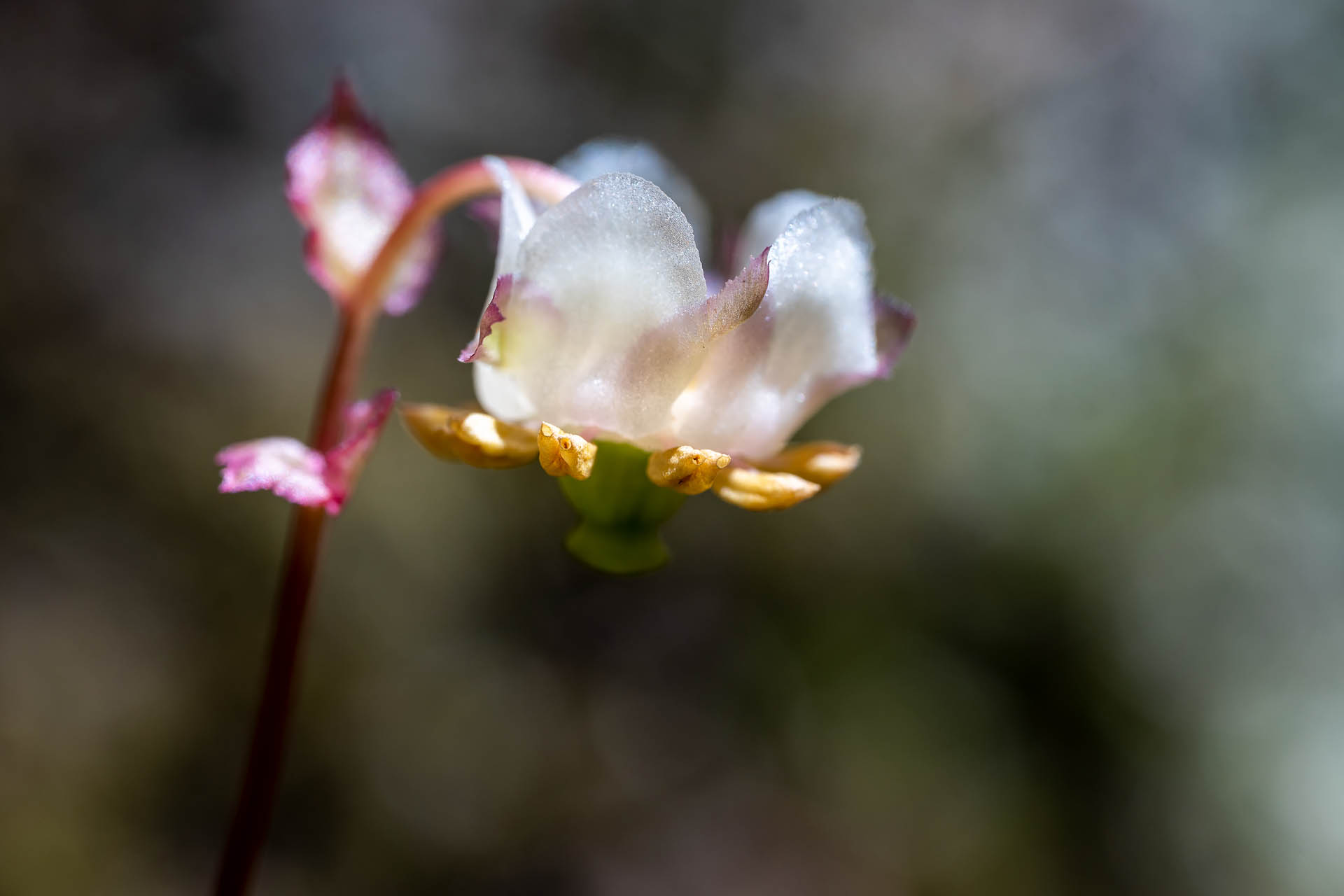 Sitting in a basin surrounded by Monte Cristo, Kyes, and Columbia Peaks, the lake’s unreal aquamarine sheen is a stark contrast from the surrounding forest and summits. Admittedly, the view from a small clearing just before you drop down to the shore is pretty incredible. 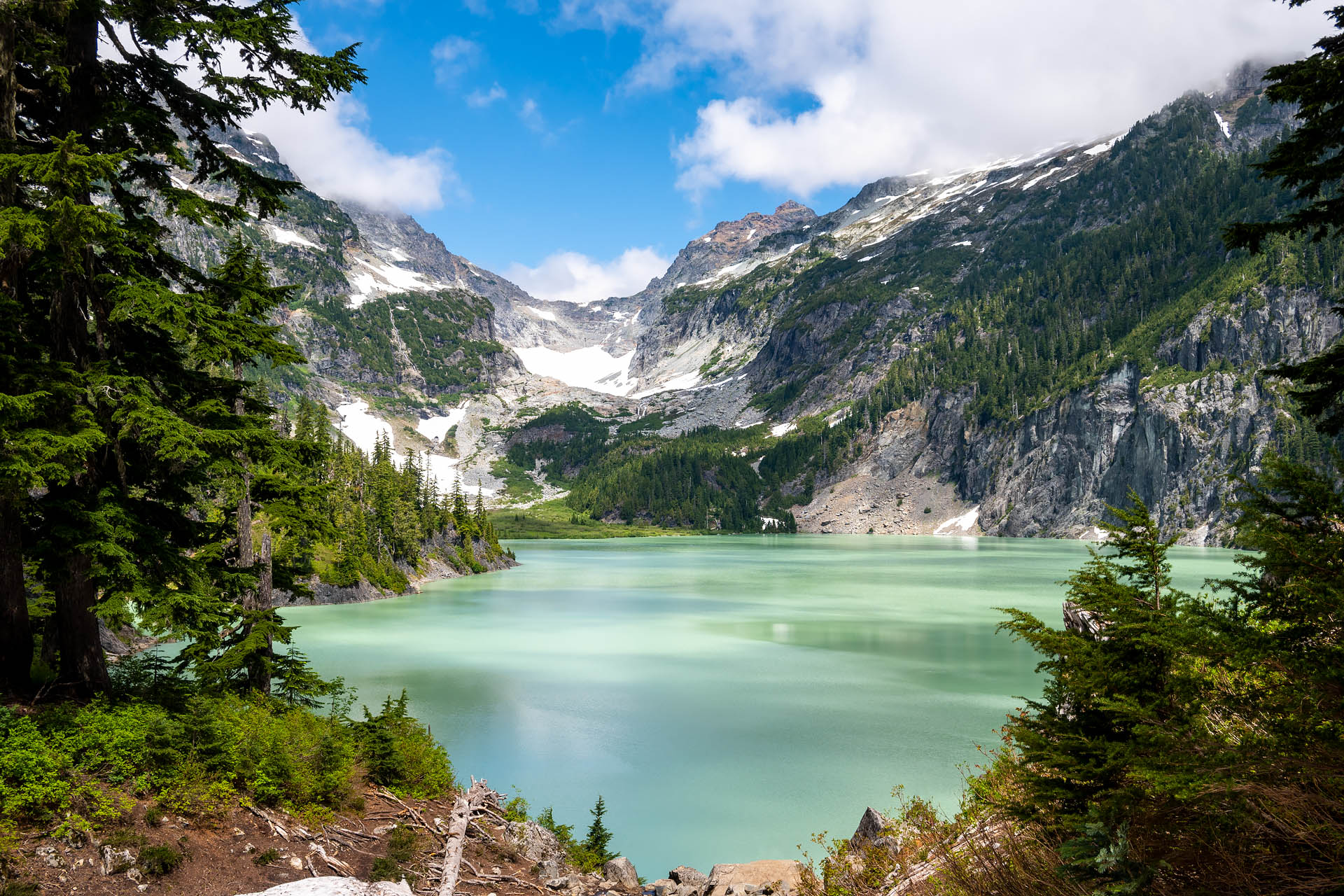 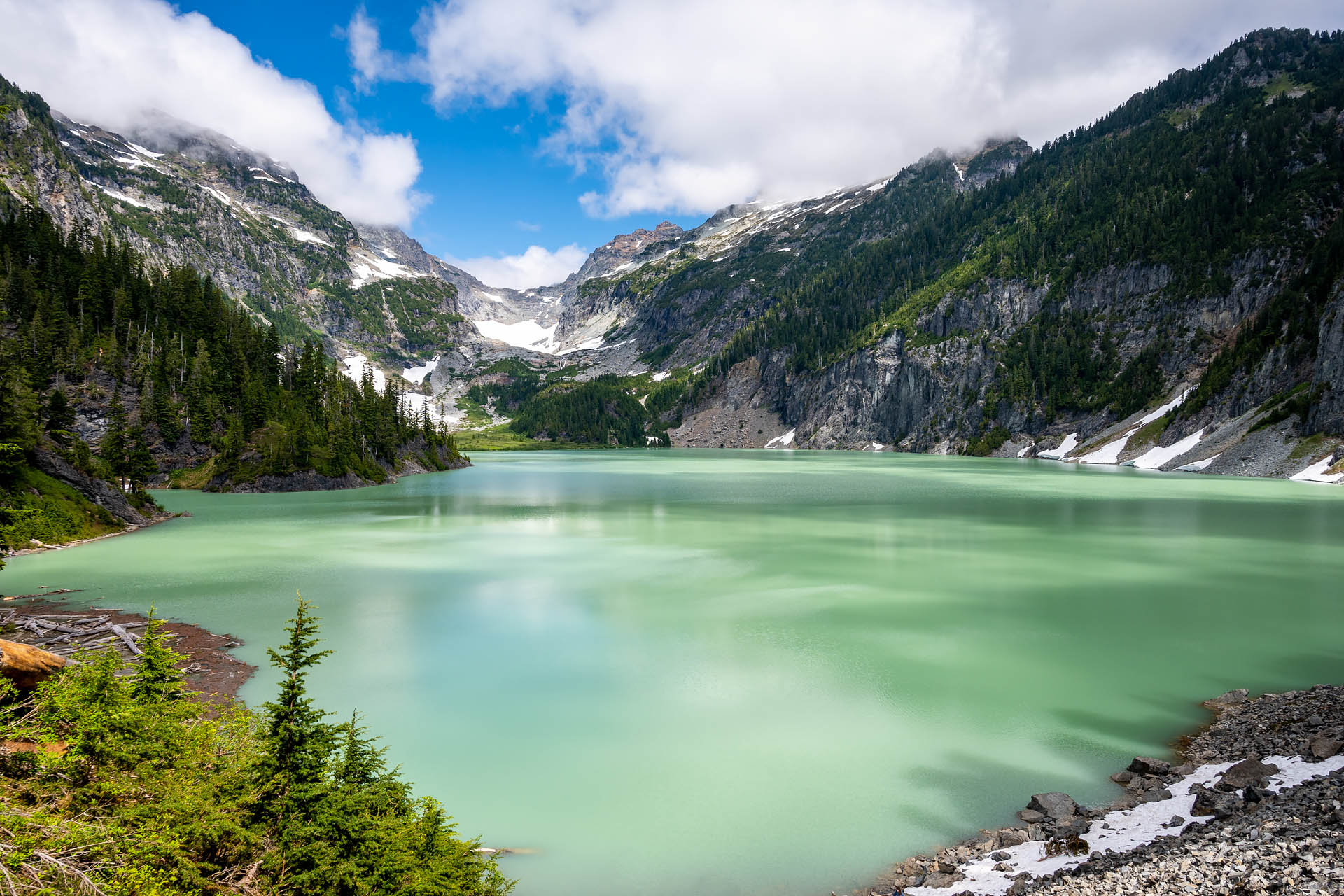 When we visited, the lake had only been completely thawed out for about a week. However, that didn’t stop a few hardy souls from braving a dip. They were certainly more daring than we were, our bold little street dog included. We felt that water and it was friggin’ cold. Too wimpy for our own polar plunge, we opted to just sit and look at the water while eating a quick lunch atop some driftwood just west of the lake’s outflow into Troublesome Creek.

While Blanca Lake was unquestionably gorgeous, I can’t say this was our favorite Cascade trail. Nearly the entire trail is forested, consequently lacking in mountain views. Additionally, this route was just way too heavily trafficked for our liking. For us, having to weave our way around people with zero trail etiquette can totally suck the fun out of a peaceful day in the mountains. That said, even with fewer people, we’d probably still only rate the trail as average. It was pretty, but kind of just left us longing for something more. 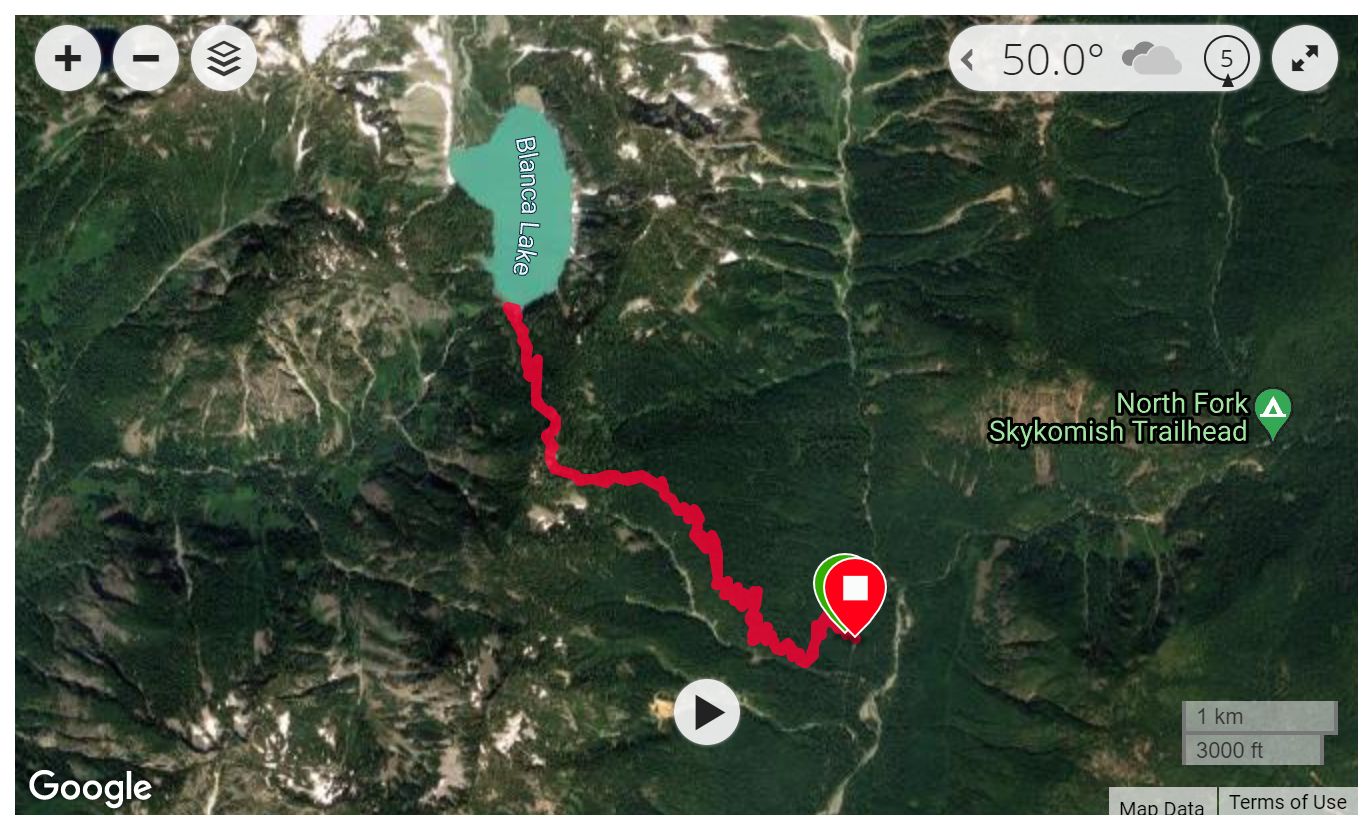