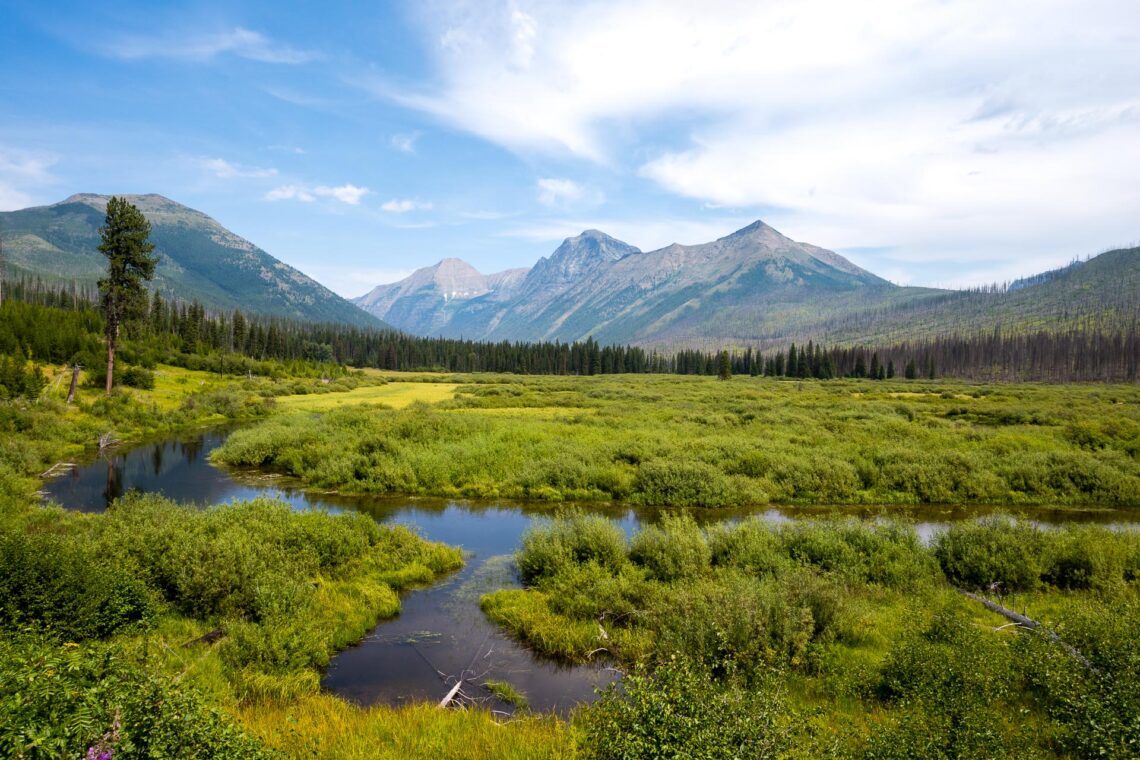 I found this trail the night before we planned to go hiking. It was actually a last-ditch attempt to find an alternate trail. With temperatures soaring into the mid-90s to start the month of August, we weren’t keen on a full-day excursion or demanding summit rout – which eliminated pretty much everything on our local bucket list.

As I frantically searched for something that was both easy and lightly trafficked (it would be much easier to find a unicorn in Antarctica), I stumbled across Jake Bramante’s mention of Rogers Meadow. Back in 2011, Jake became the first person to hike all of Glacier National Park’s 734 miles of trails in a single summer, which he documented on his blog hike734. A quick Google Maps search revealed it was just a few miles northwest of Lake McDonald off the Inside North Fork, in an area of Glacier that receives very little foot or car traffic. The lone snapshot from the writeup was enough to sell me on the hike, and the chance to maybe have a tiny slice of Glacier to ourselves was icing on the cake.

With high hopes, we scooted past the west side of Lake McDonald and onto Fish Creek Campground Road. It was swarmed. We found ourselves in a line of stopped traffic and I was instantly annoyed. ‘Why the hell did we come into Glacier… on a Saturday… in August?’ I scolded myself. How could I possibly have been naïve enough to believe there was anything ‘lightly trafficked’ inside Glacier National Park during peak season? Our expectations quickly waning, I spotted the sign for Inside North Fork to the left, and we swerved abruptly to get out of the RV hell that surrounded us. Suddenly, that was it. With one swing of the steering wheel, we were alone on the road. Better yet, and unbeknownst to us at the time, we wouldn’t see another sign of life until we returned to Lake McDonald.

We weren’t exactly sure what we were looking for in terms of a trailhead. However, Google Maps showed the dashed, green line of a trail coming off the Inside North Fork in the vicinity of Rogers Meadow, so we figured something existed. About six miles up the rugged, dirt road (closed year-round to trucks and RVs), we spotted a sign for the Camas Creek Trail, just before a giant orange barrier that marked the road’s closure up to Logging Lake. Figuring that must be it, we slapped on some bug spray and set out for the meadow.

While the trail was easy to follow, it was remarkably overgrown. We spent a significant portion of the walk pushing through dew-covered leaves and branches, gnarled vines and spines, and tangled cobwebs that some poor little arachnids had presumably spent hours spinning. Additionally, because this side of Glacier was heavily burned in the Robert Fire of 2003, the backcountry here is almost totally exposed to the sun, with only a few pockets of shade along the trail. With the daytime temperature creeping up and sun blazing down, we were hotter than expected, even with no elevation gain. 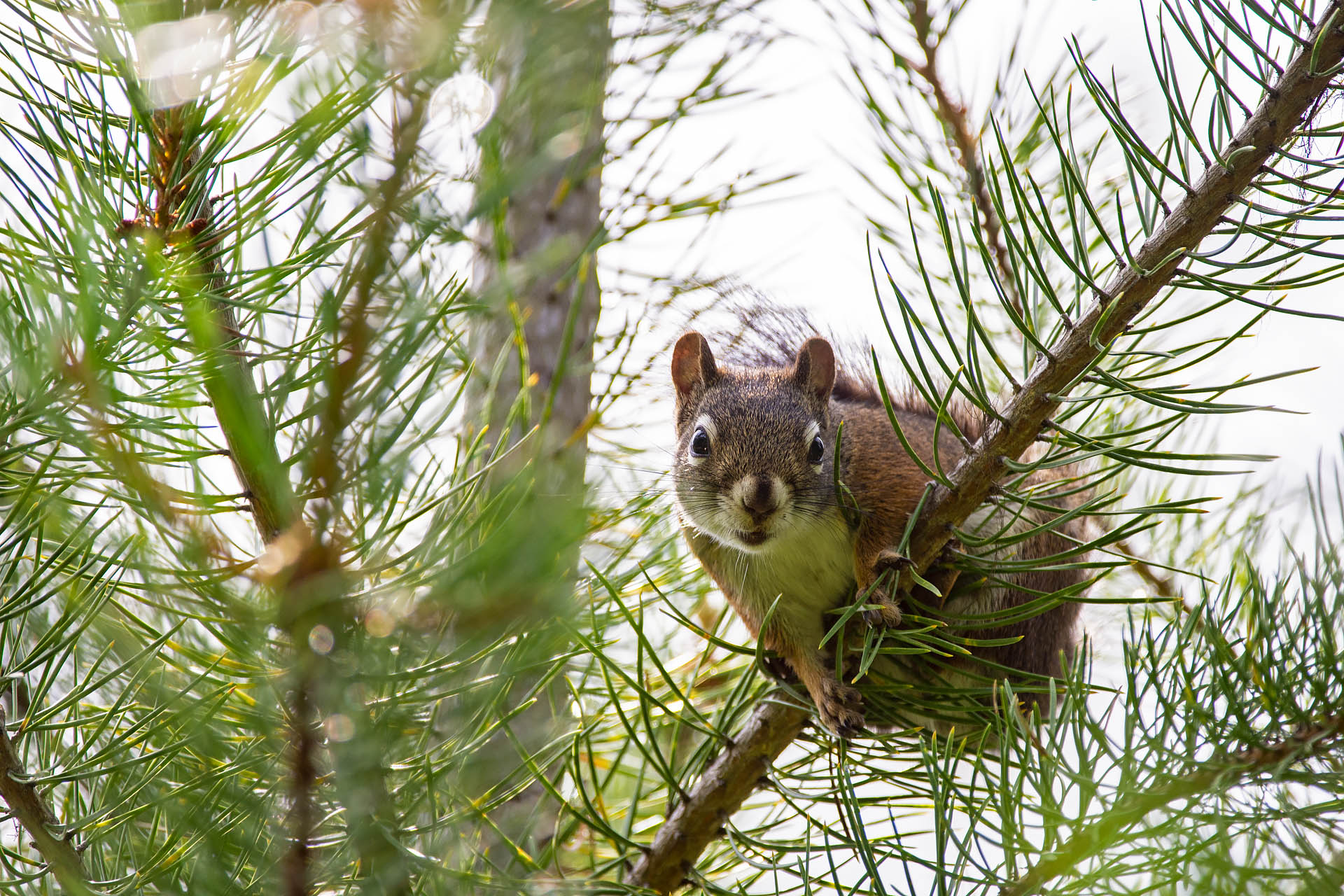 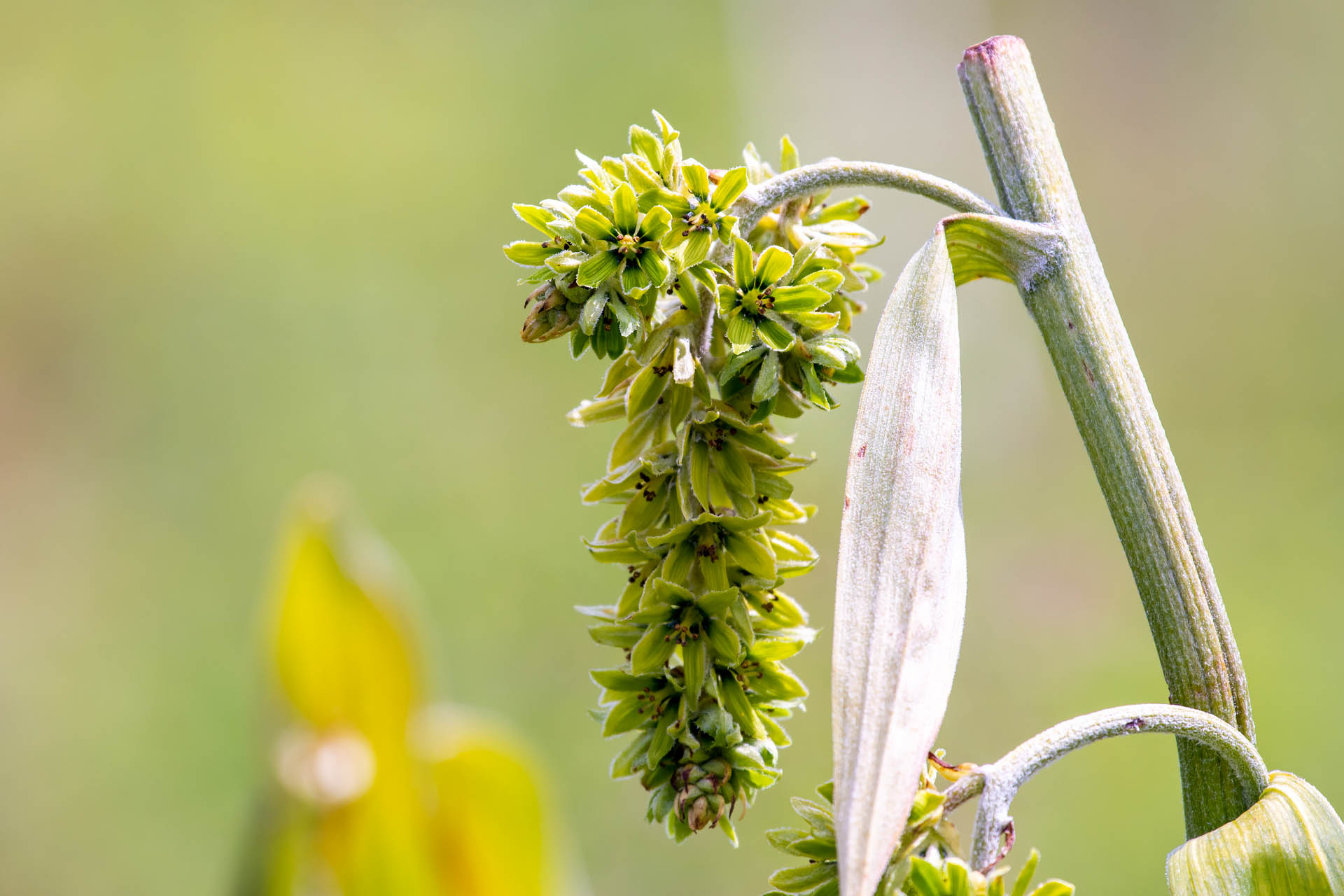 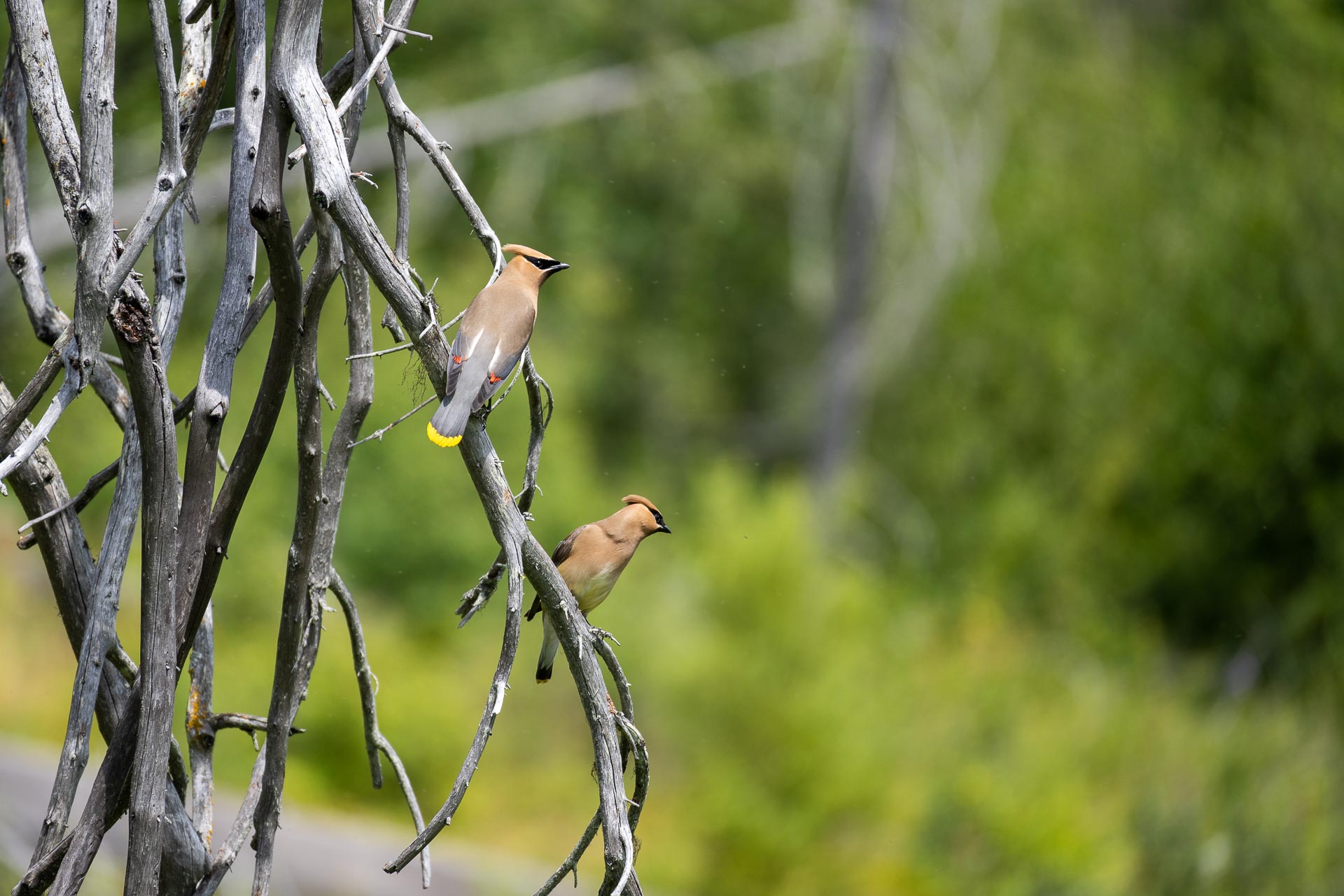 After just over three miles, the narrow path gave way to this gorgeous view – the serpentine curves of Camas Creek cutting through verdant meadows below the soaring summits of Rogers Peak, Stanton Mountain, Mt. Vaught, and Heavens Peak.

While the route may not have been much to write home about, and with this being the only real viewpoint along the trail, it was a still nice option for a short afternoon walk off the national park’s many beaten paths. And with not a soul around for miles, we did indeed uncover our very own little corner of Glacier.

Note: If you’re hiking this area and interested in extending the trip significantly, the trail continues all the way to Camas Creek Campground, passing by Trout Lake, Arrow Lake, and Heavens Peak, ultimately terminating at the foot of Camas Lake. A one-way hike from the Camas Creek trailhead to each lake is roughly 7.2 miles (Trout), 10.3 miles (Arrow), and 13.9 miles (Camas). 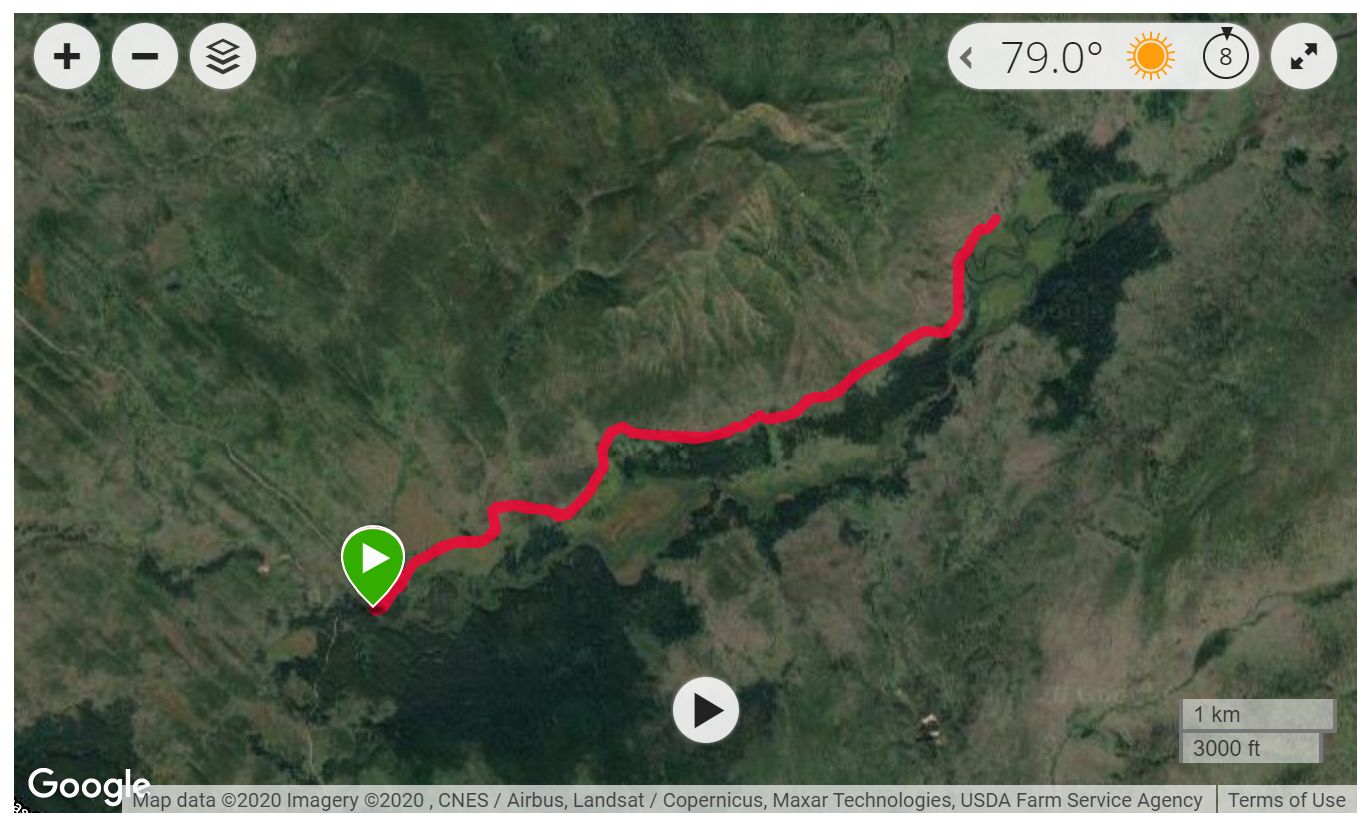