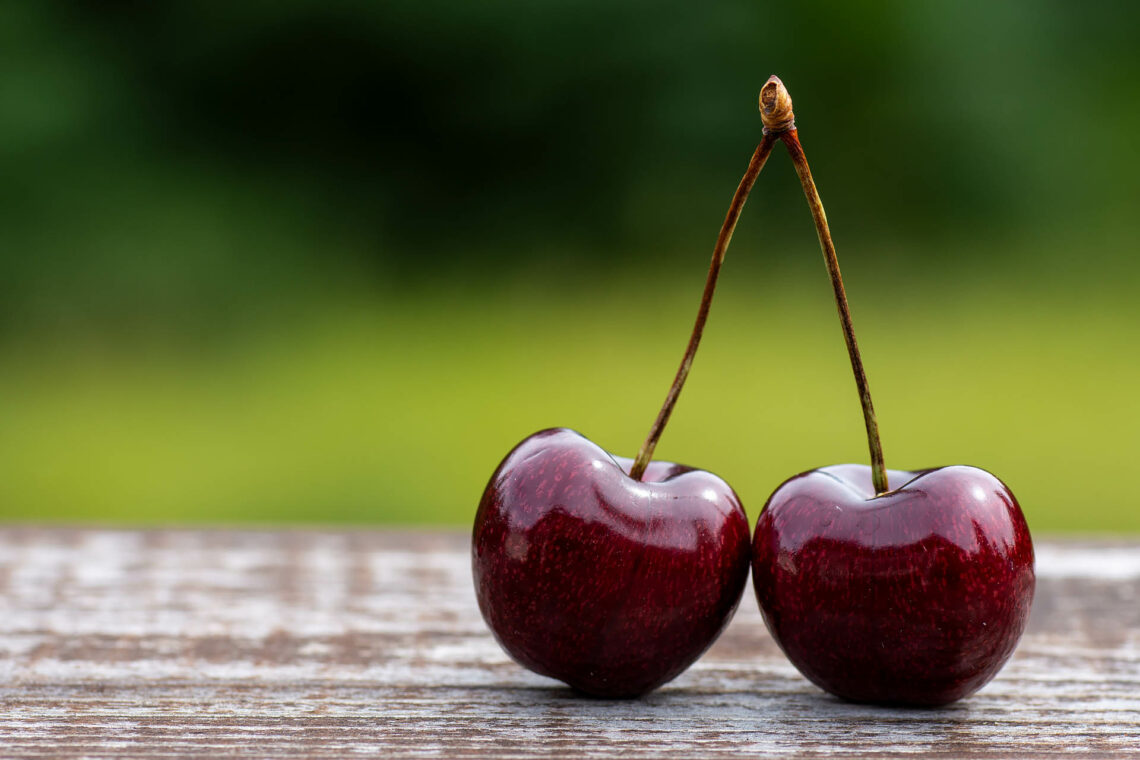 Located in northwestern Montana, Flathead Lake is actually the largest natural freshwater lake in the western U.S. (outside of Alaska). It edges out Lake Tahoe by surface area, though not by volume (Tahoe is significantly deeper). At over 27 miles long and with a maximum width of 15.5 miles, Flathead Lake boasts some 200 square miles of water and 185 miles of shoreline.

We headed down to the lake on the first Sunday in August. With the peak of Flathead cherry season coinciding with an unusually long heat wave, sending temps well into the 90s for almost two weeks, a day at the lake seemed like a no-brainer. Our plan was to drive the perimeter of the lake to check out the scenery, do some swimming at one of the lakeside state parks, and snag some peak-season fruit from one of the roadside stands along Flathead’s eastern shores.

We began our journey in Bigfork, a small town on the northeastern corner of the lake that’s about a 45-minute drive from Whitefish. Aiming to get Stephan as many top-notch huckleberry treats as we could find (like Flathead cherry season, ‘huck’ season was also in full swing), we popped into Lake Baked. The small bakery opened earlier this year and is run by a local mother-daughter team. With COVID-friendly curbside service and a large outdoor space, we felt comfortable making a stop at the little bakeshop. Stephan ordered one of their newest creations, a huckleberry bun, and I was shocked to find a vegan-friendly offering on the menu – a sticky bun made with applesauce. Both were delicious and our little huckleberry hound was particularly fond of her dad’s selection. 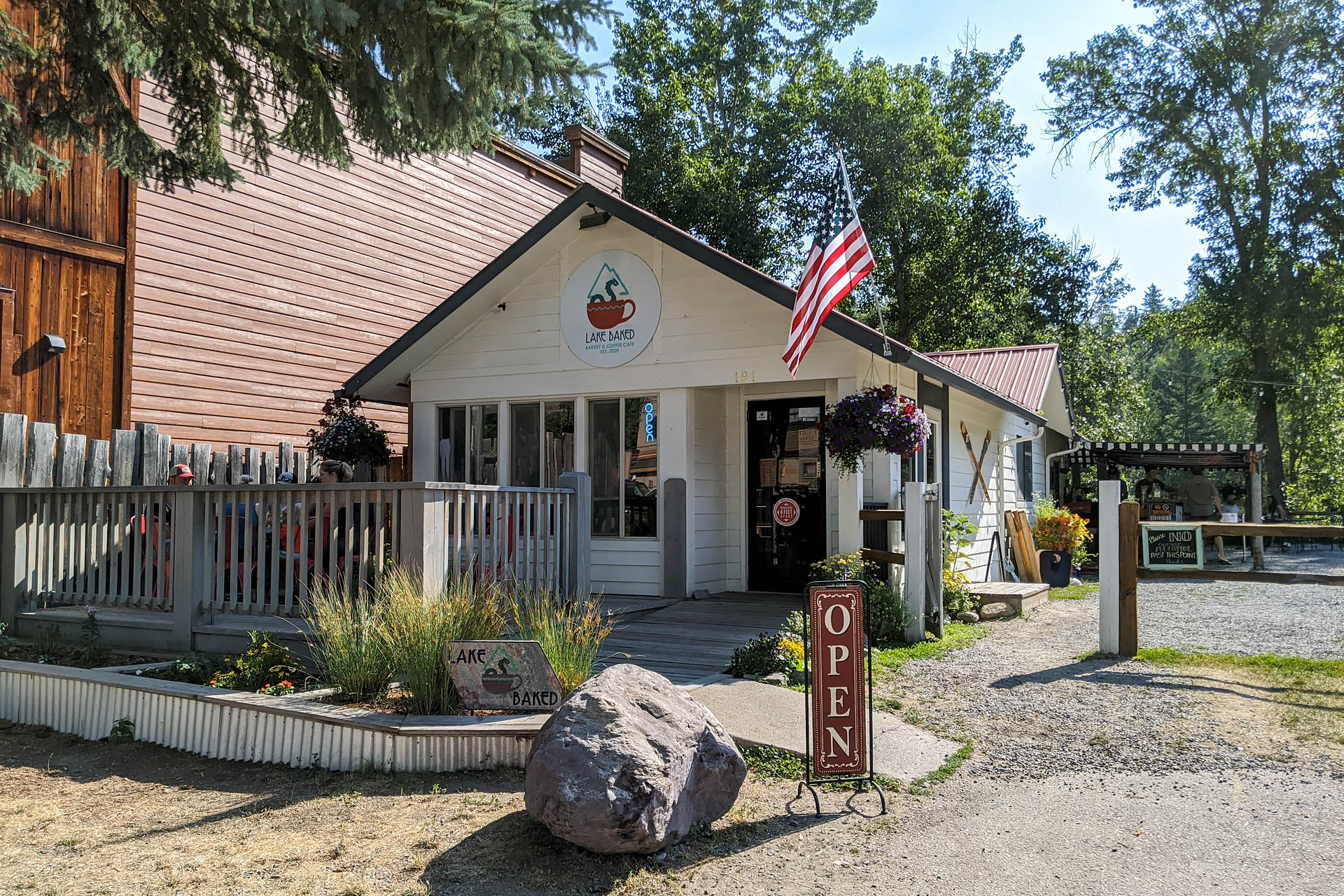 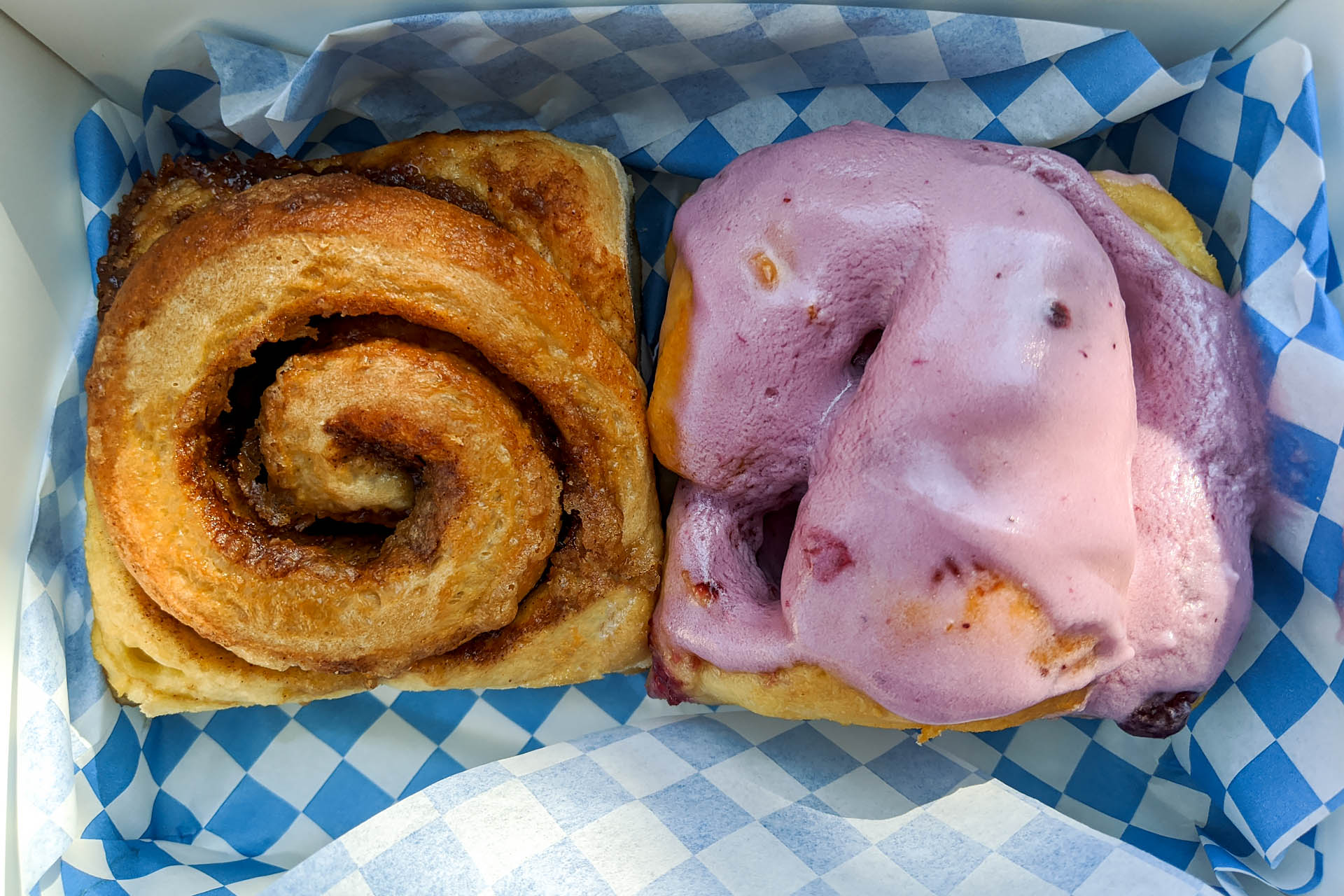 From Bigfork, we made our way down the lake’s eastern shore via Highway 35. This side of the lake is celebrated for a Montanan, summer favorite – Flathead cherries (whose name comes from the geographic region, rather than being a specific varietal). Hundreds of acres of orchards stretch alongside the lake, with some 500 acres and 100 growers forming the Flathead Lake Cherry Grower Cooperative.

This year’s cherry season ran from July 25 – August 12, peaking the first weekend in August. The harvest was a bit later than usual, with a cold, wet spring slightly delaying the fruit. According to the cherry experts, though, supposedly a later harvest produces tastier fruit. Flathead cherries are the last of the U.S.-grown sweet cherries to hit the market, following behind California, Oregon, and Washington, and this year’s harvest was projected to yield about 1.2 million pounds of cherries (about 60% lower than the 2 million pounds harvested in 2019).

We eagerly stopped at two different roadside stands, grabbing a couple pounds each of the Lambert and Van varietals. While I thought maybe there was a chance I’d be able to tell the difference between the types, I definitely could not. I’m sure the cherry pros could have identified a dozen nuances between the two, but all I knew was that they were the most delicious cherries I’d ever eaten. It may have actually been some of the most beautiful fruit I’ve ever seen. 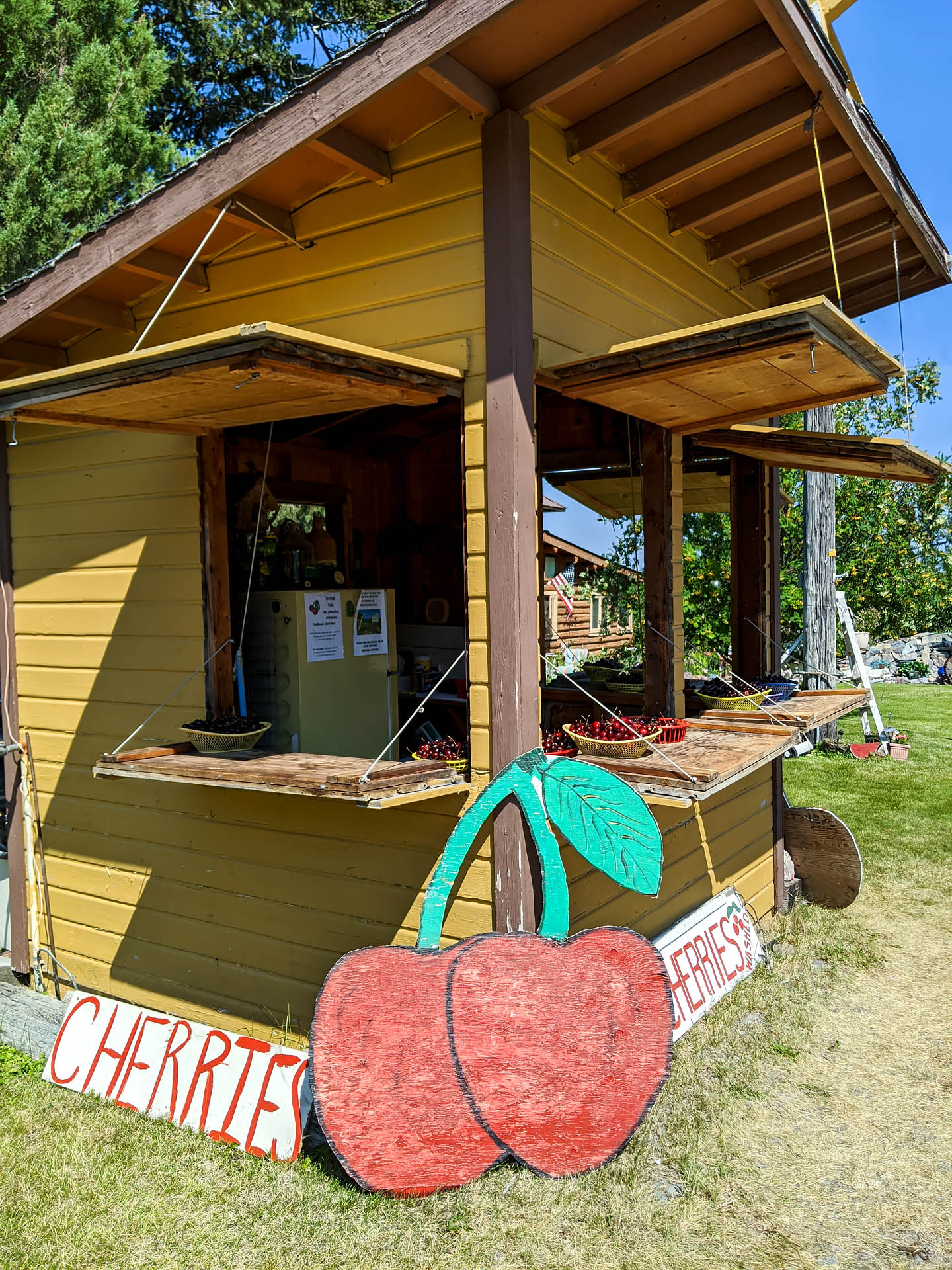 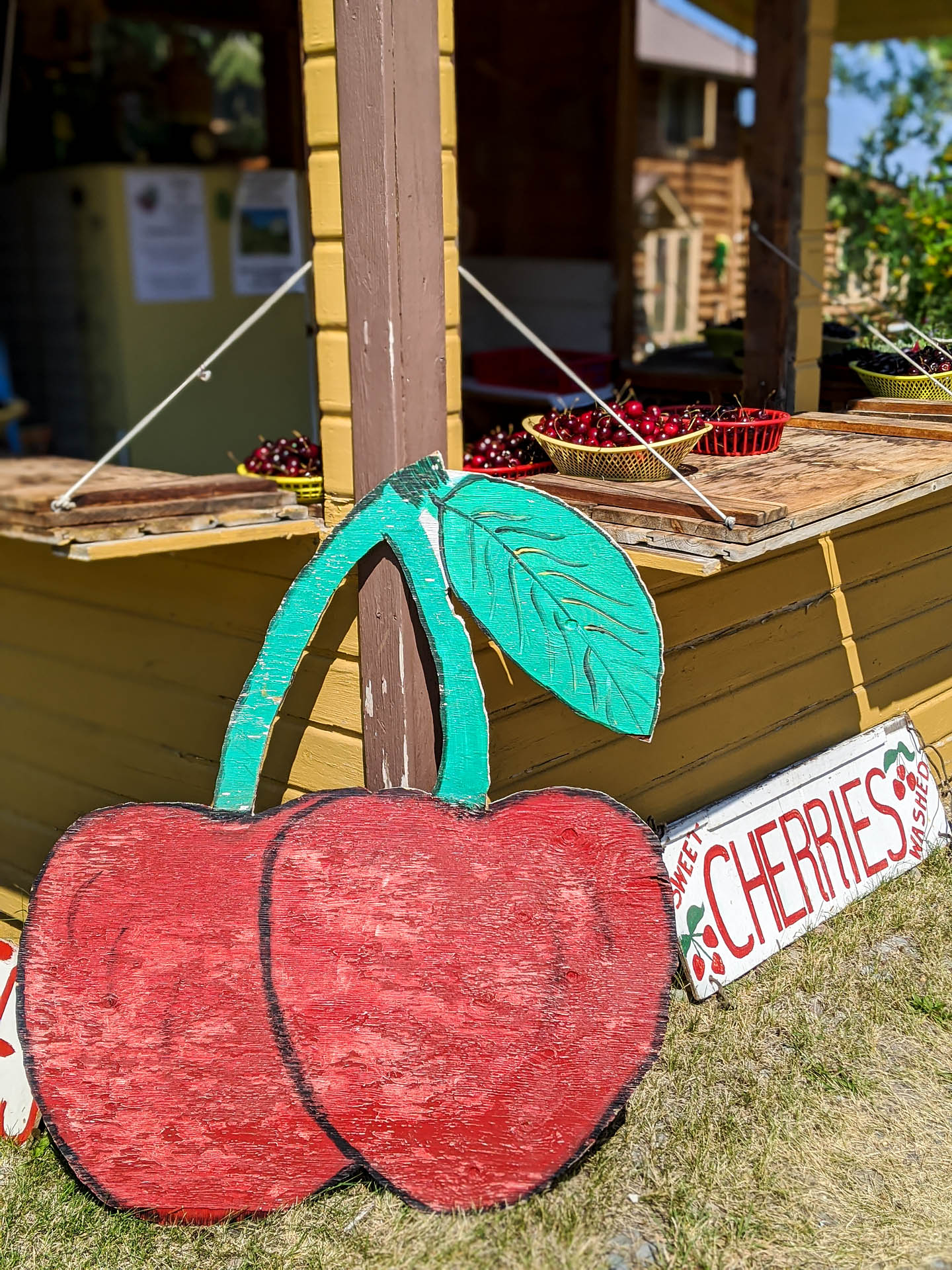 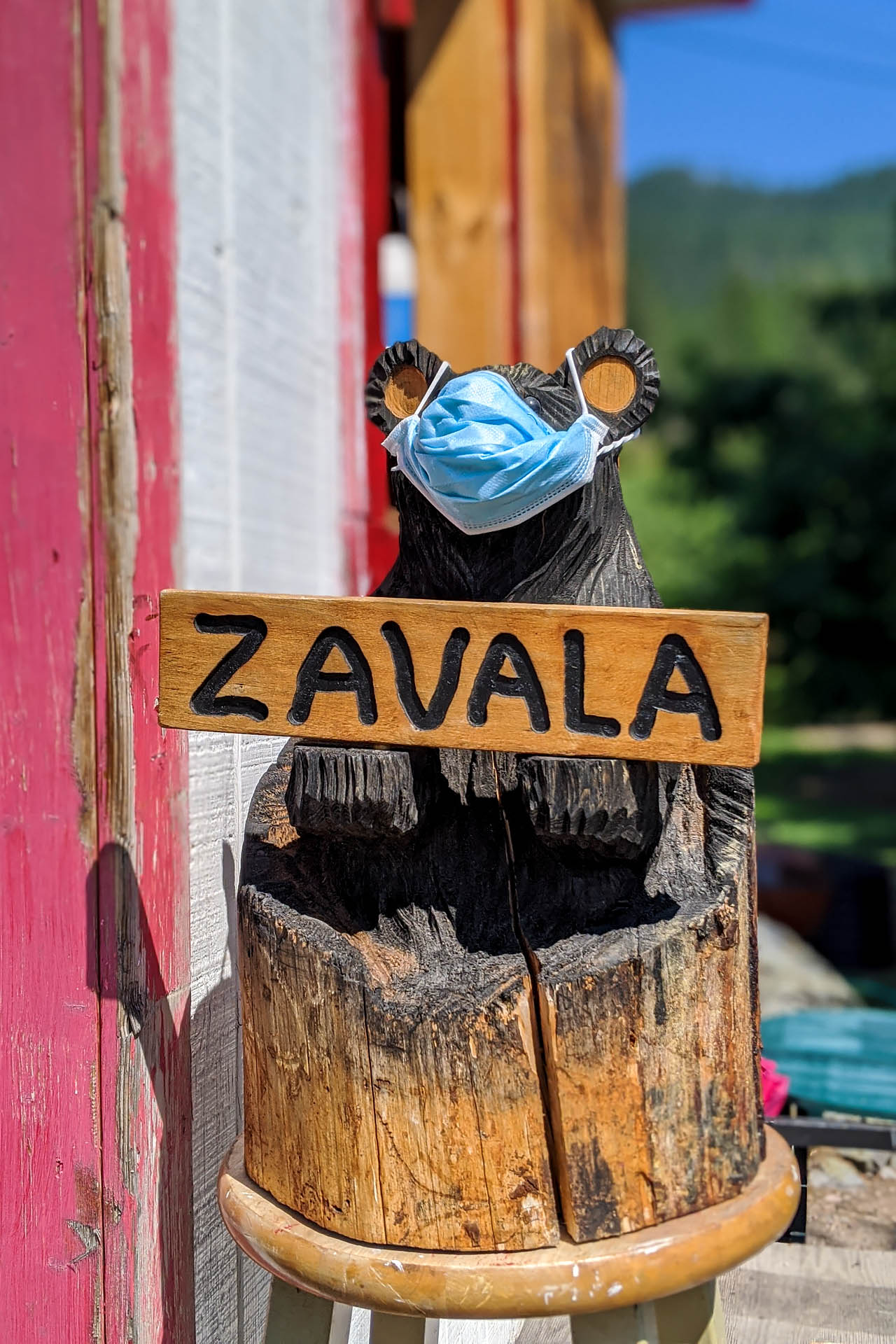 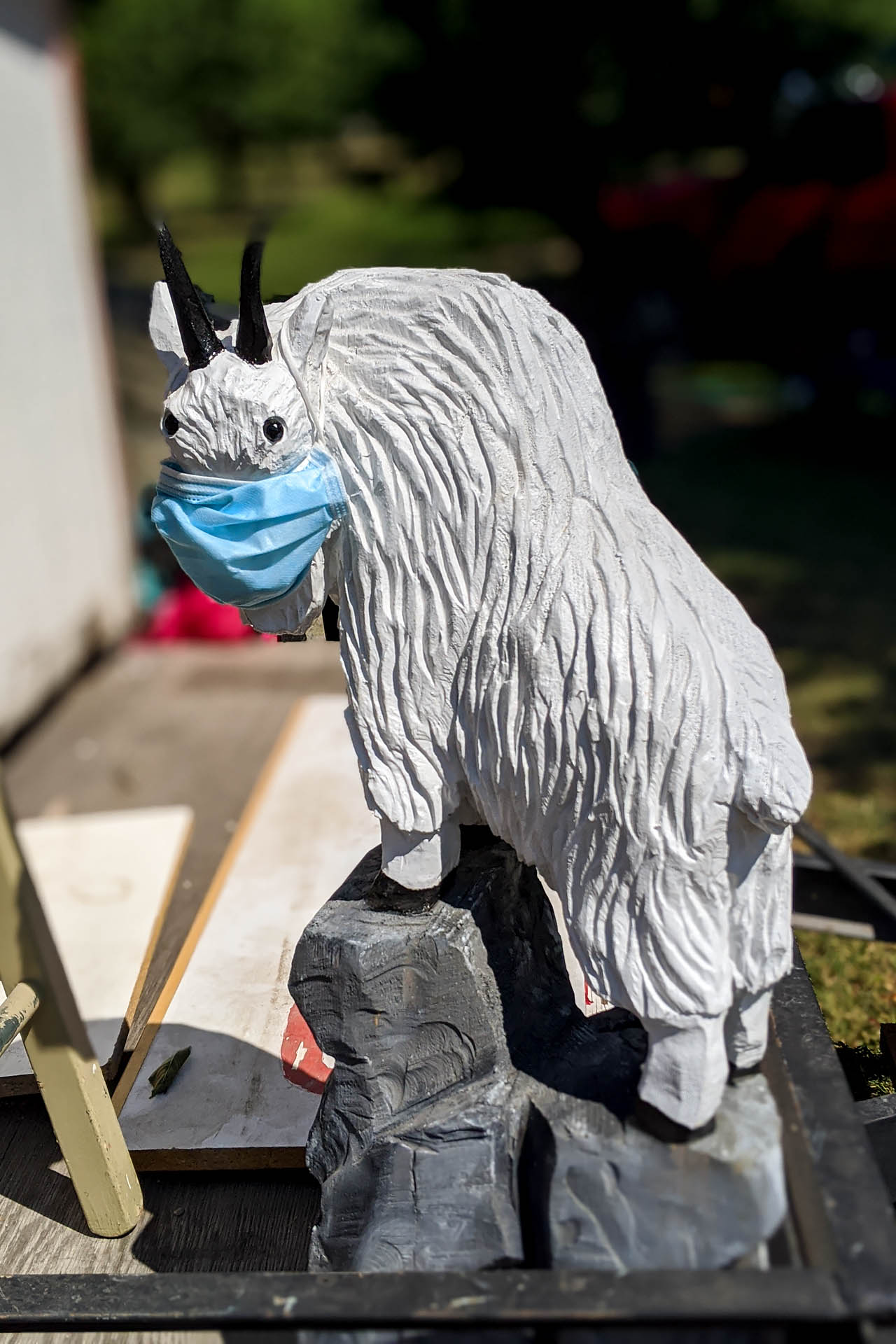 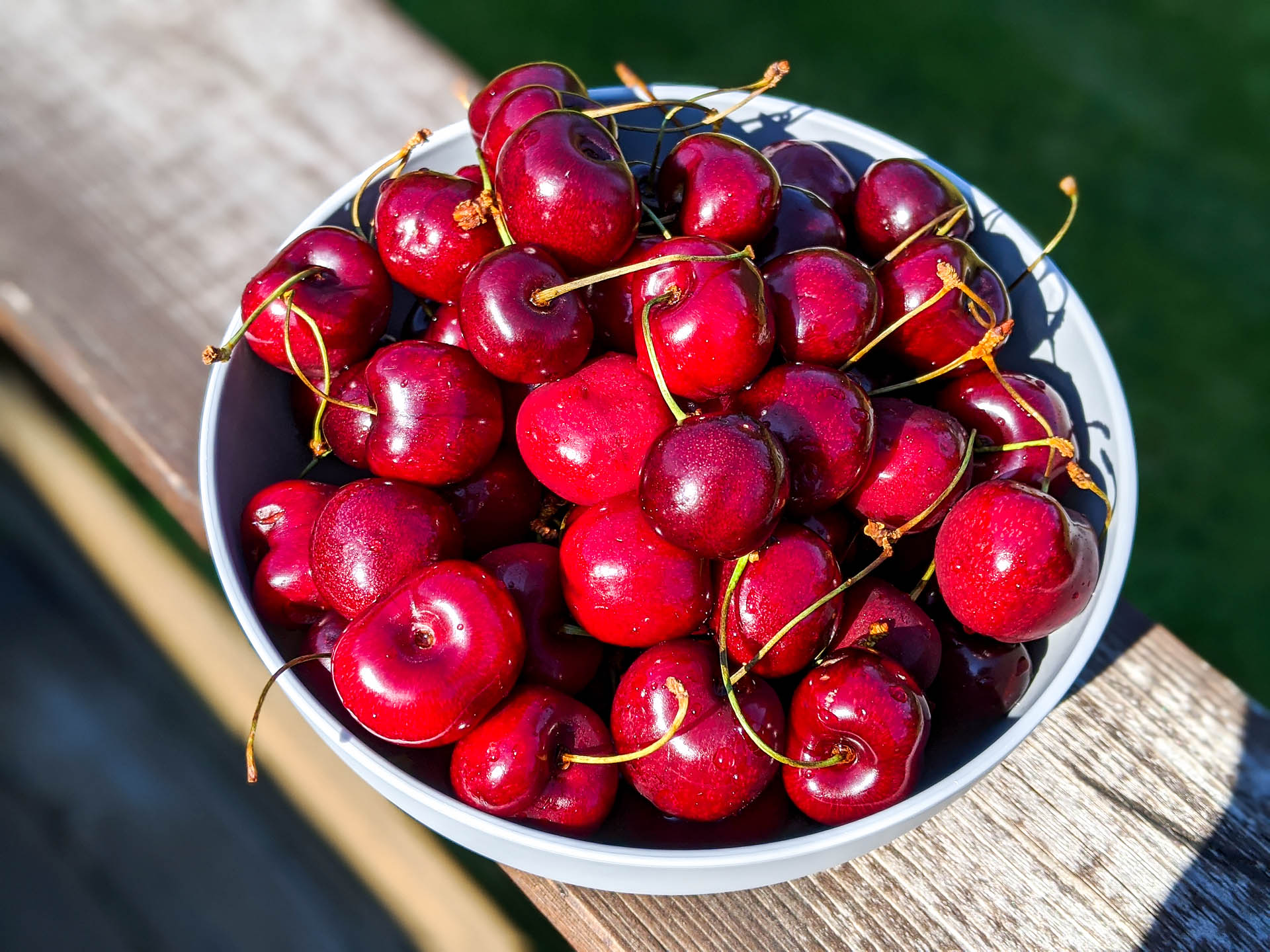 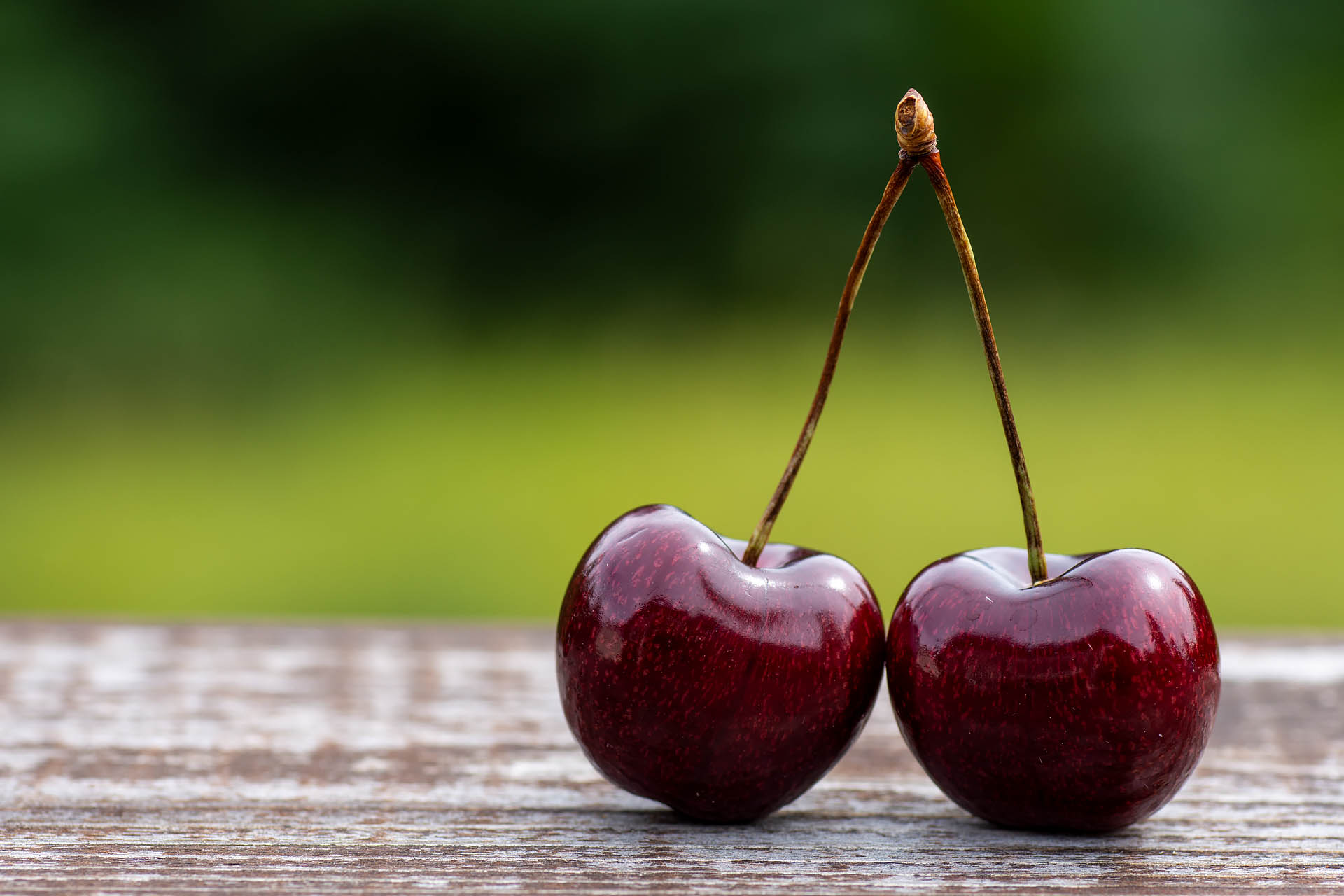 Tucked in amongst the orchards of the eastern shore, we decided to spend our beach time at Yellow Bay, part of the larger Flathead State Park. It’s the smallest of the lake’s state-owned beaches, with Finley Point, Big Arm, and West Shore also offering opportunities for swimming/recreating as you drive counterclockwise (east to west) along the lake.

We enjoyed our time at Yellow Bay. The beach area was quite small, with only a few picnic tables and one set of – surprisingly clean – restroom facilities. There were only two other families when we arrived, so we were able to enjoy a quiet (and appropriately socially-distanced) swim. The beach was rocky, but with larger pebbles whose smooth, weathered surfaces actually felt good under your feet. At 71.2°F, the crystal-clear water was unexpectedly warm and perfect for swimming.

From Yellow Bay, we made our way around the south and western ends of the lake, stopping briefly at Finley Point and Big Arm. By mid-afternoon, the two parks were quite congested with beachgoers, so we continued to make our way around the lake without stopping – crowds aren’t our thing even in a pandemic-free world. On our way up the western shore, we made one last stop in Rollins at M&S Meats, known locally for the handmade jerkies and sausages they’ve been making since 1945. Stephan and Sanchez couldn’t resist grabbing some of the jerky, and I’m certain that was the perfect end to Sanchez’ day at the lake. 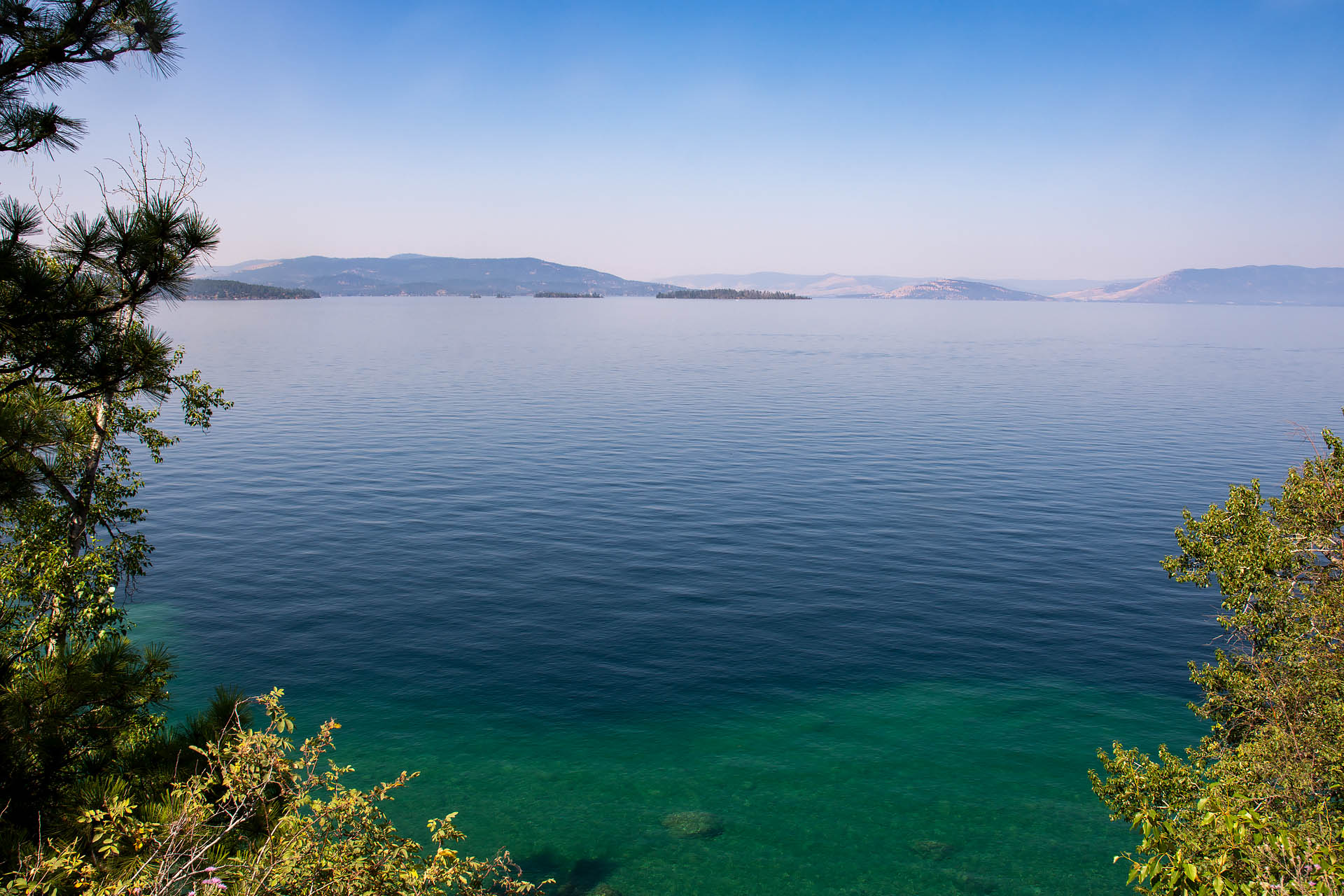 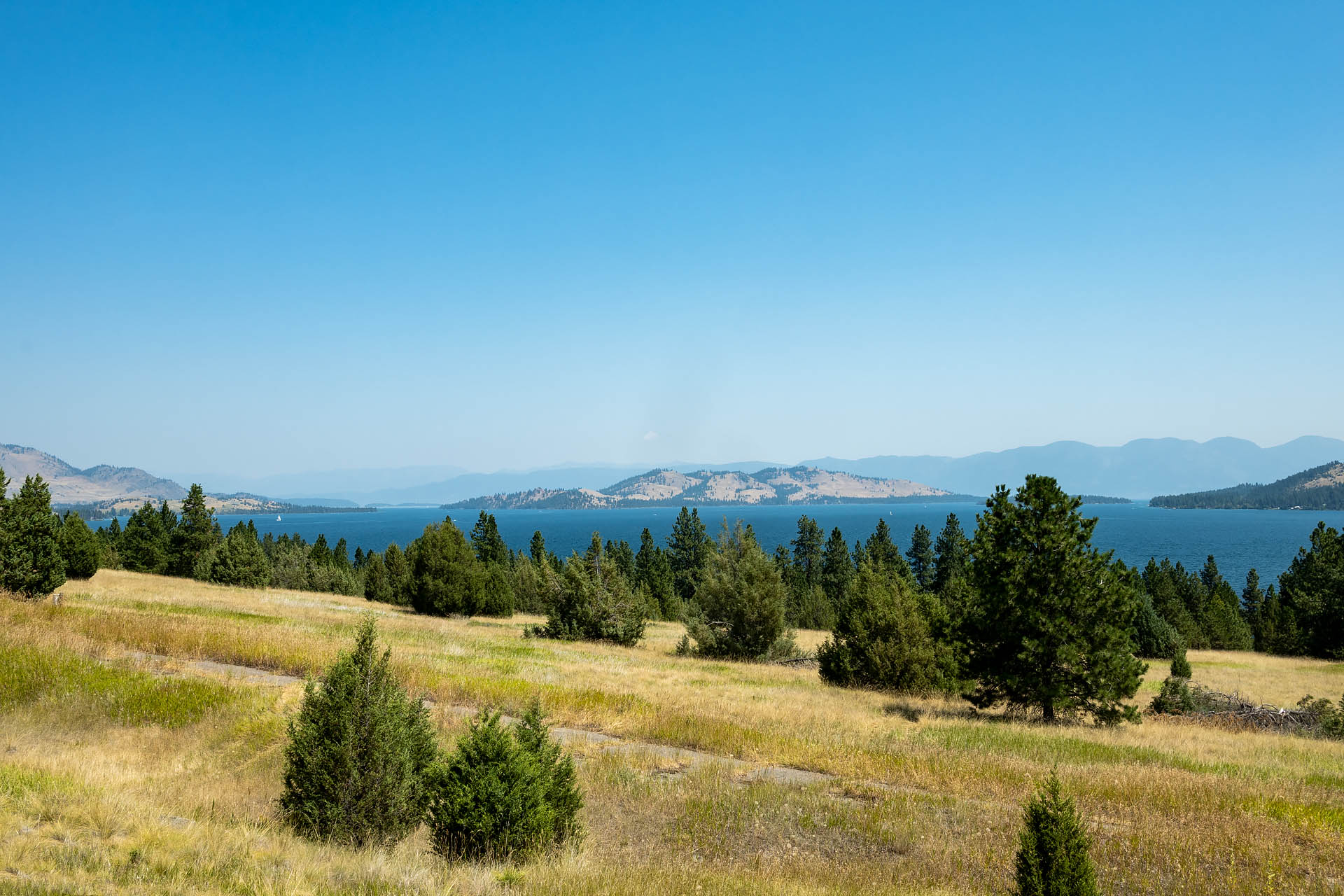 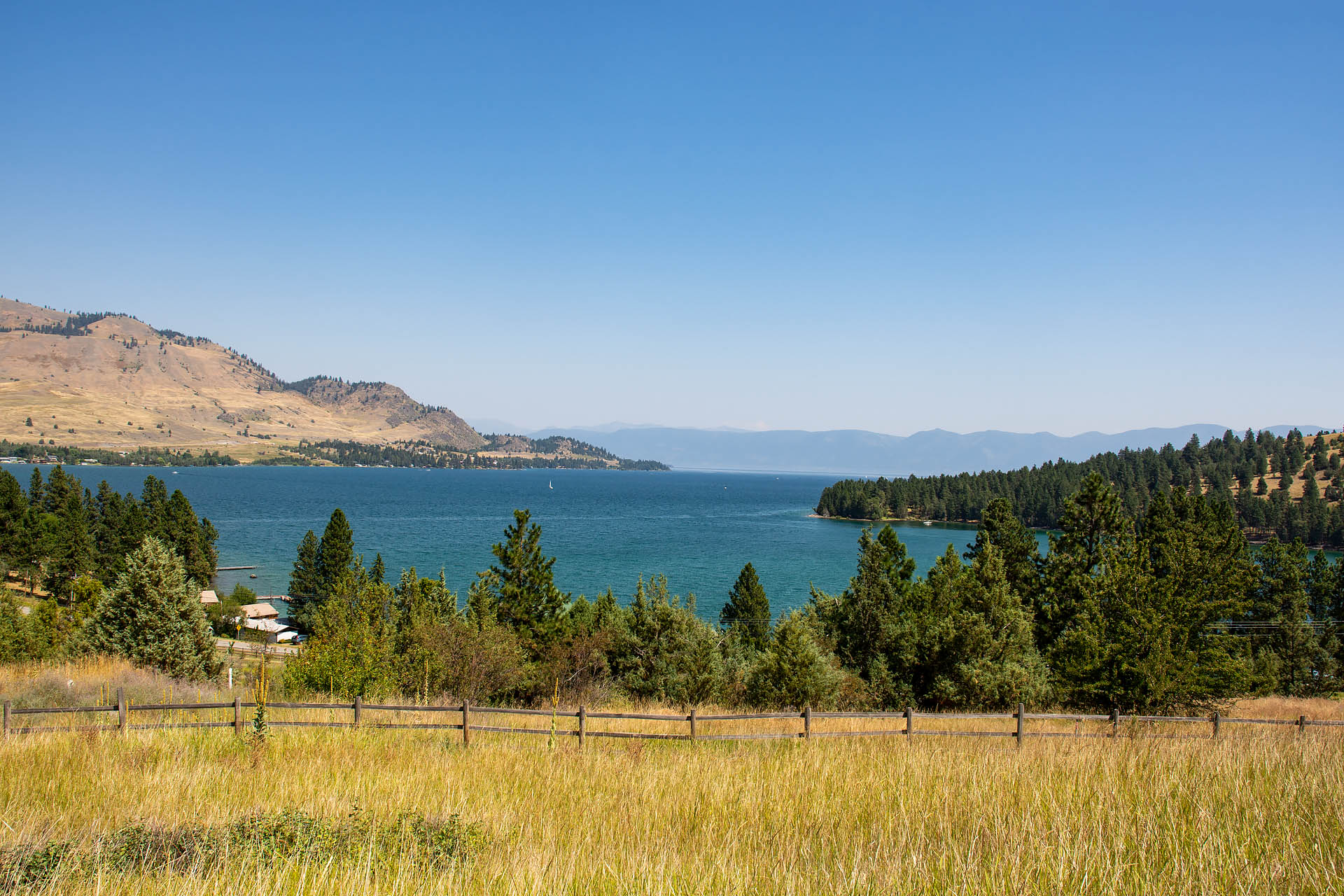 (1) If you plan to visit any of the state parks around Flathead Lake, the summer season charge is $8 per vehicle if you’re from out of state, but free if you’re a Montana resident.

(2) If you’re looking for the most dramatic scenery on the lake, we’d definitely recommend Big Arm.

(3) If you’re looking for the quietest beach, we’d suggest Yellow Bay. Visiting in the mid- to late-morning may mean missing the hottest part of the day, but you’ll certainly enjoy some more peaceful beach time compared to mid- to late-afternoon.