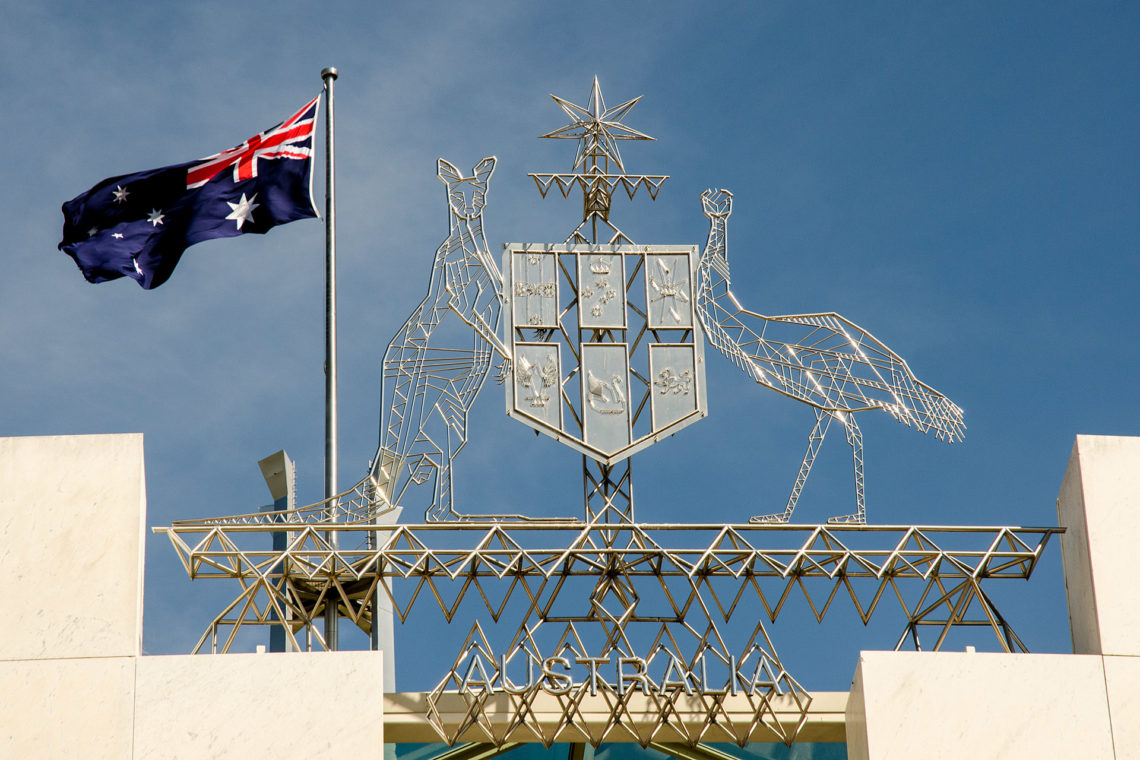 Because we are gluttons for punishment, we decided after spending a couple days in Brisbane that we could indeed make a beeline south to briefly see Canberra and do our much-anticipated hike in Kosciuszko National Park. What’s an extra 12 hours of driving when there’s fun to be had, right?

I think there’s only one word to describe Canberra – strange. As we toured the capital city, the word kept resonating in my mind. Interestingly enough, when we returned to our room later that night, Stephan pulled Bill Bryson’s In a Sunburned Country up on his kindle. He had remembered a discussion of Canberra in the book and, sure enough, the word Bryson used to describe Canberra was “strange.” I’m not sure what we found most unusual – the layout of the city, or the architecture itself. To me, the city wasn’t exactly walker-friendly. It’s a small city, so while one thing is not tremendously far from another, it’s far enough that it seems to preclude walking to many of the national/parliamentary sites in an afternoon, or it at least makes it inconvenient. To start, the Parliament House on Capital Hill (yes, that is how it’s spelled here) is encircled by a freeway. Lake Burley Griffin then separates the area from Anzac Parade (a main street with several war monuments), the War Memorial, and other parks by at least 3–5 kilometers. And while there is a defined city center, even that felt somewhat disjointed. The new Parliament House (opened in 1988) is very modern and sterile in its design (although it was apparently shaped like a traditional boomerang, which I think is a neat idea). The interior lobby looked like it could be the foyer of any contemporary hotel, and seemed to lack a lot of character. Atop the building is a sleek, silver rendition of Australia’s coat of arms, which is very cool, but there is also a bizarrely-shaped flagpole. 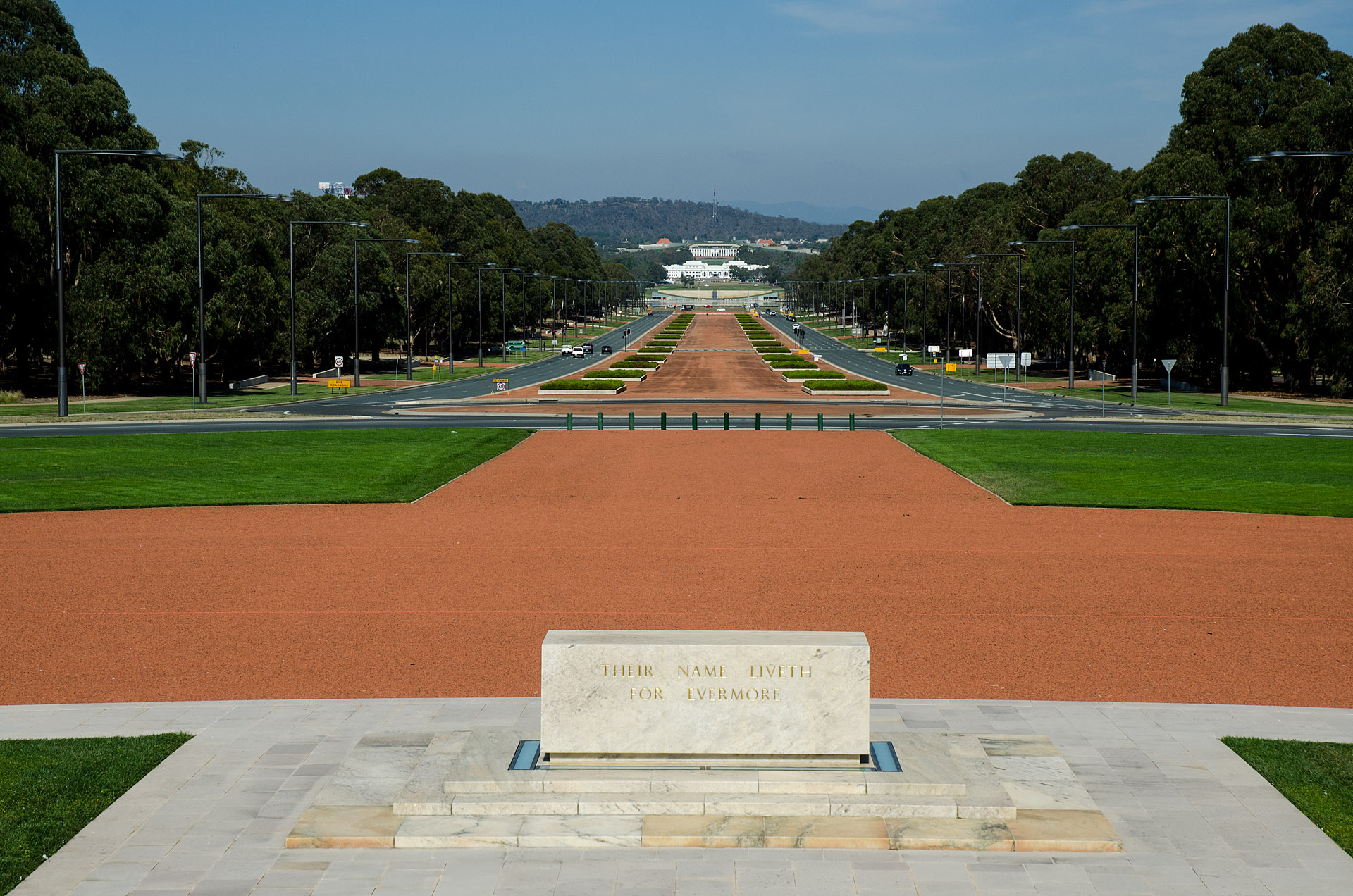 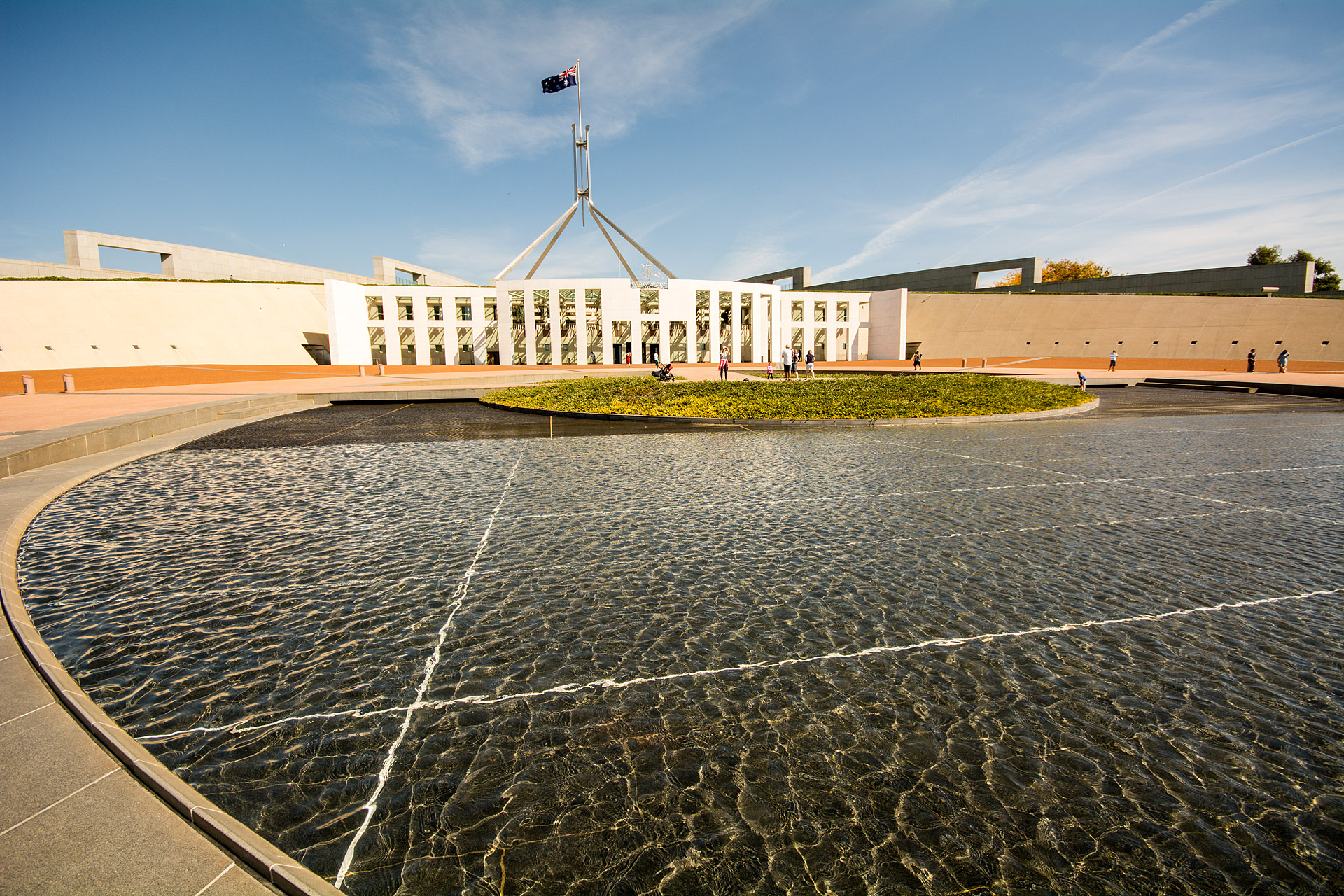 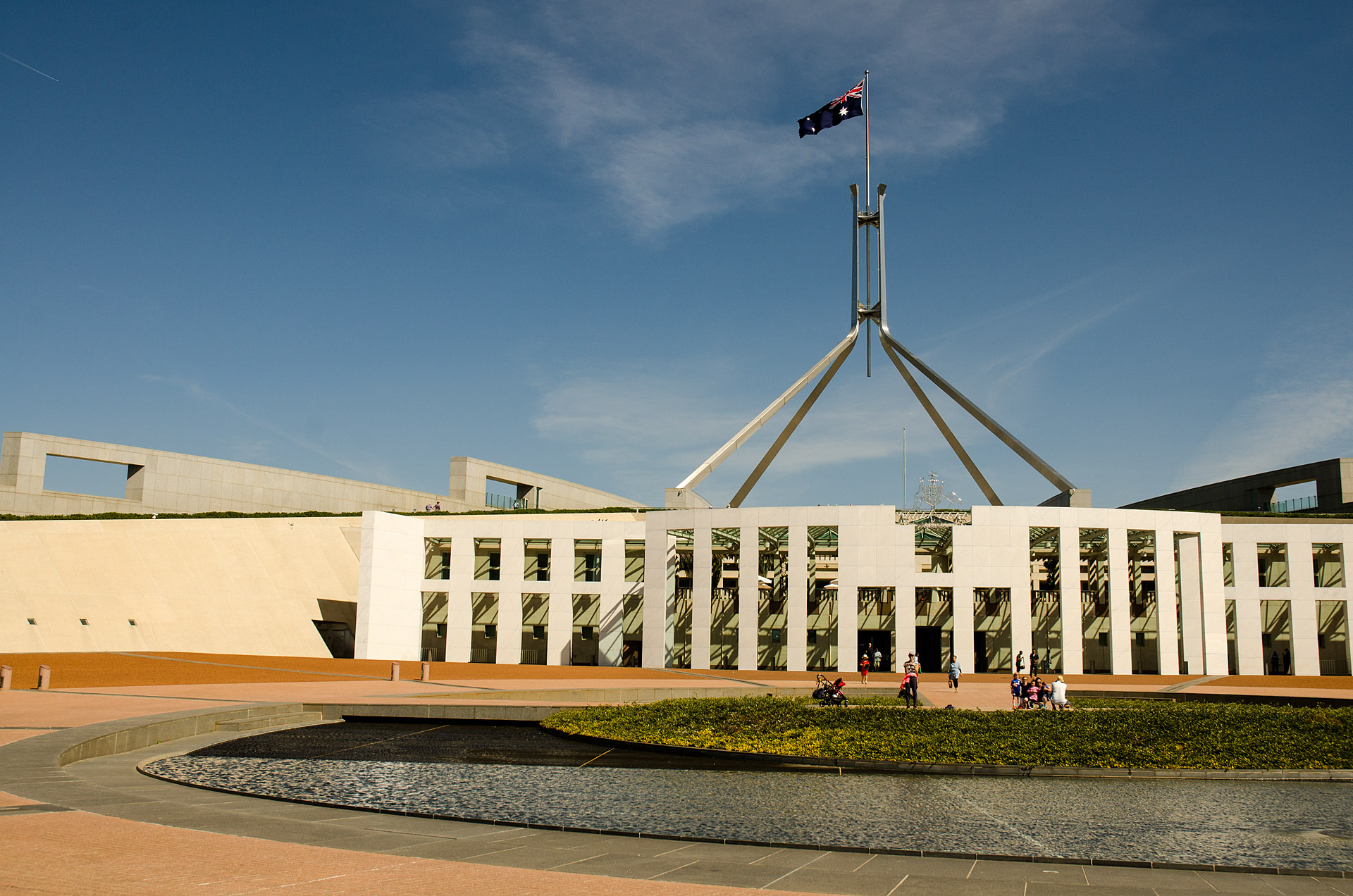 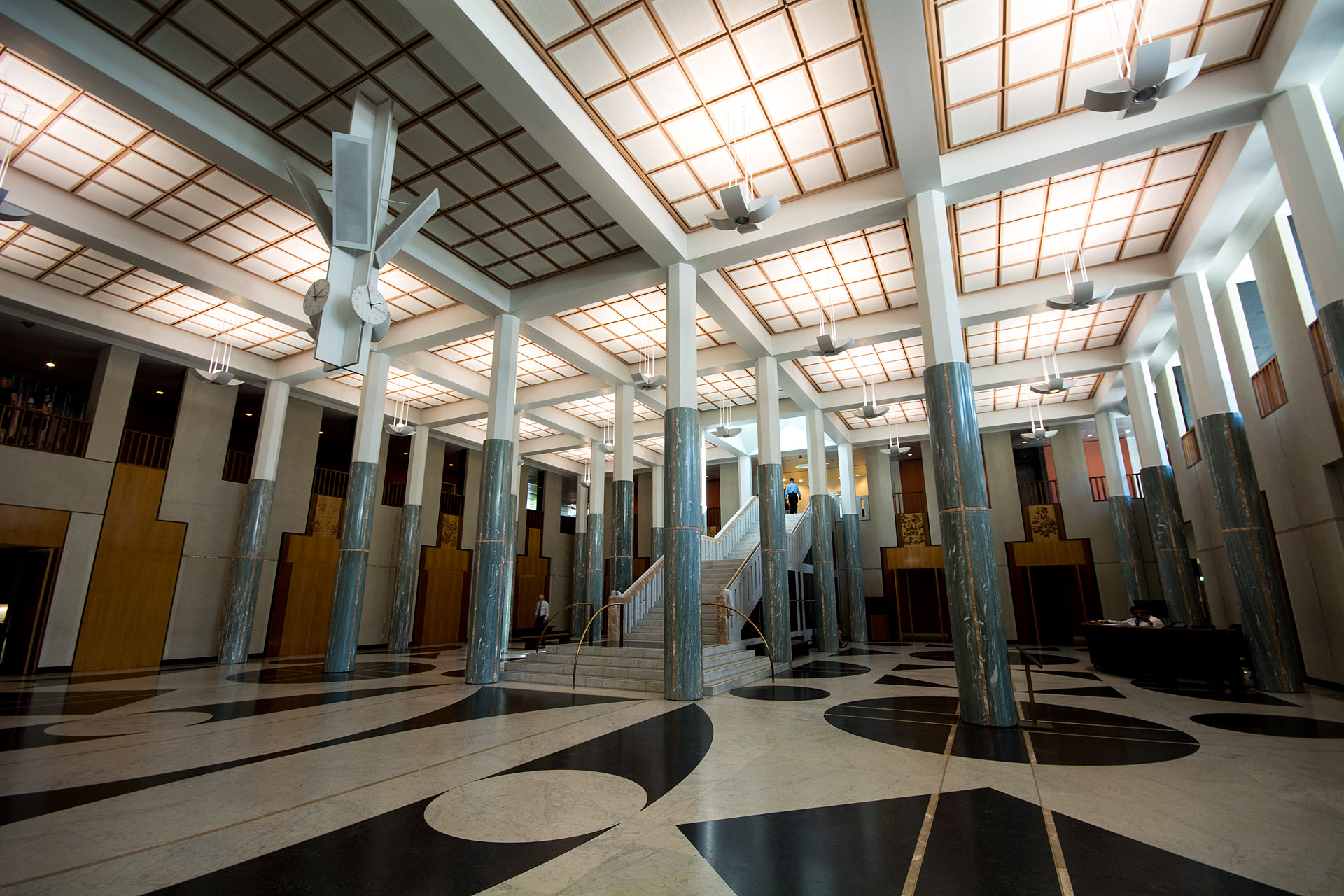 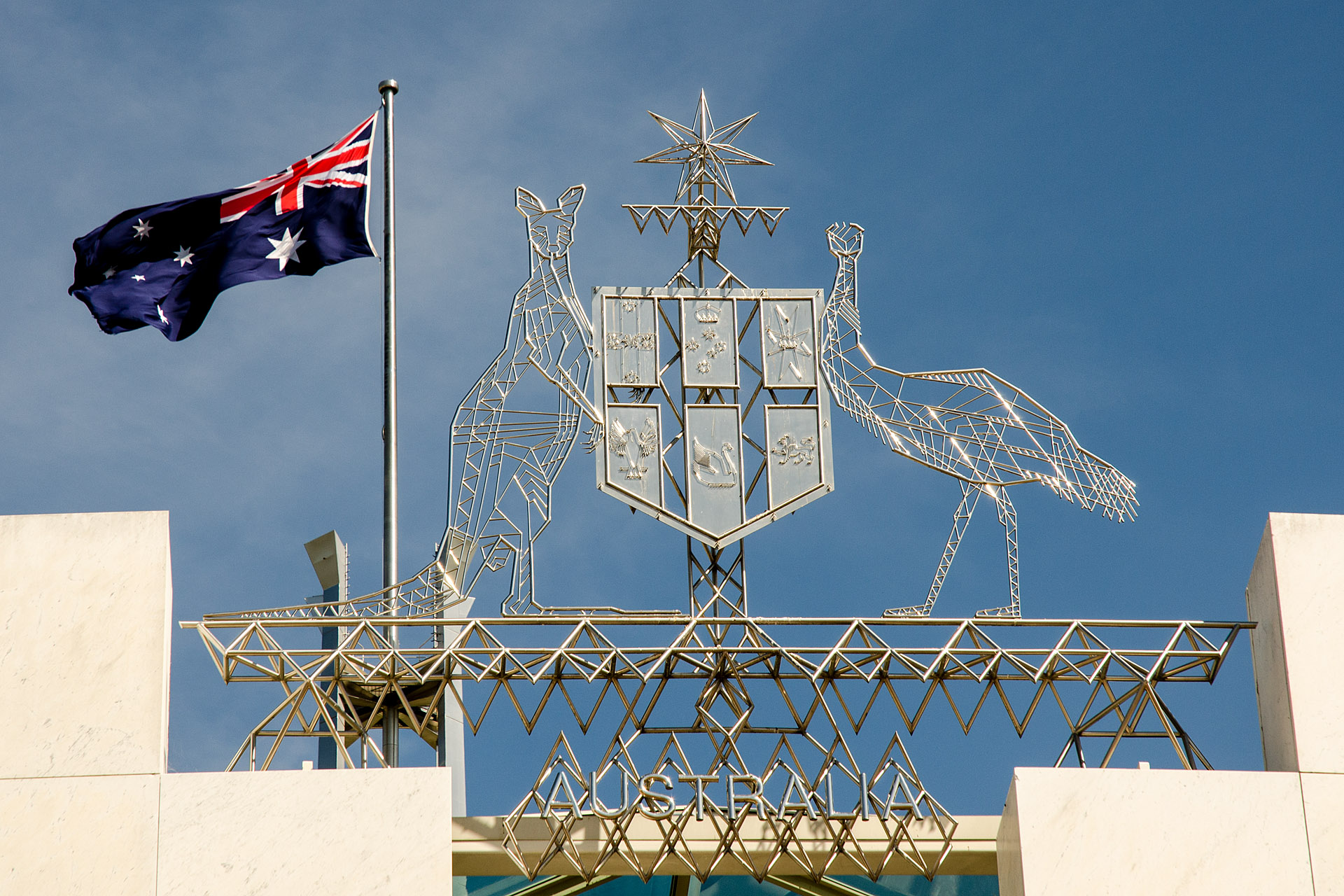 NCSU peeps – please tell me it looks like a patriotic T4 phage, whose icosahedral head was replaced with the Australian flag, is bound to the Parliament House and ready for infection?! It looked even more so from the freeway, though it was obviously an unfit environment for a photo shoot. I was seriously cracking up every time we drove past the thing. For those readers who are not microbiology nerds, T4 is a virus that infects bacteria (bacteriophage), specifically E. coli. Aw, what the heck… here’s one of my teaching videos if you want to see an animated simulation of T4 in action (and even more nerdily, set to Darth Vader’s Imperial March from Star Wars):

Okay, back to Canberra now…

Back at the beginning of February, we were up in Airlie Beach and found one restaurant airing the Super Bowl (at 9 a.m. local time) on a conveniently rainy morning. We snagged a spot on a giant sectional right in front of the big screen… not that we were really competing for a space to watch American football. Shortly after, several other fans arrived and we noticed a couple shoved off to the side in a pair of uncomfortable wooden chairs. We scooted over and invited them to sit with us. After the game was over and the Broncos had (thankfully) won, we stayed and chatted with them for a while. They were from Germany, and were on an extended holiday like us, having both just completed their Masters degrees. They had just spent a couple months in Australia and were headed to New Zealand, while we had just arrived in Cairns from NZ. As we exchanged recommendations, they mentioned how much they enjoyed the Australian War Memorial in Canberra, and said they even went back for a second day. We couldn’t imagine spending two days at one historic site, and figured they must be major history buffs. Anyway, we told them we would definitely check out the site if we made it as far as Canberra.

Almost eight weeks later, here we are in the capital, and the first thing we did was head for the Australian War Memorial. There really aren’t even words to describe the site – it is quite simply unbelievable. It was by far one of the most thoughtful, well-executed, and most moving museums/monuments I’ve ever seen. The entrance of the building leads out to the Commemorative Courtyard, the centerpiece being the Pool of Reflection and Eternal Flame, while Hall of Memory stands guard over the square. Inside the Hall of Memory rests the Tomb of the Unknown Soldier, under a breathtaking dome of intricate mosaics. Along the two windowed terraces leading to the vault, the walls are each lined with a Roll of Honour, commemorating each individual whose life was lost in war. 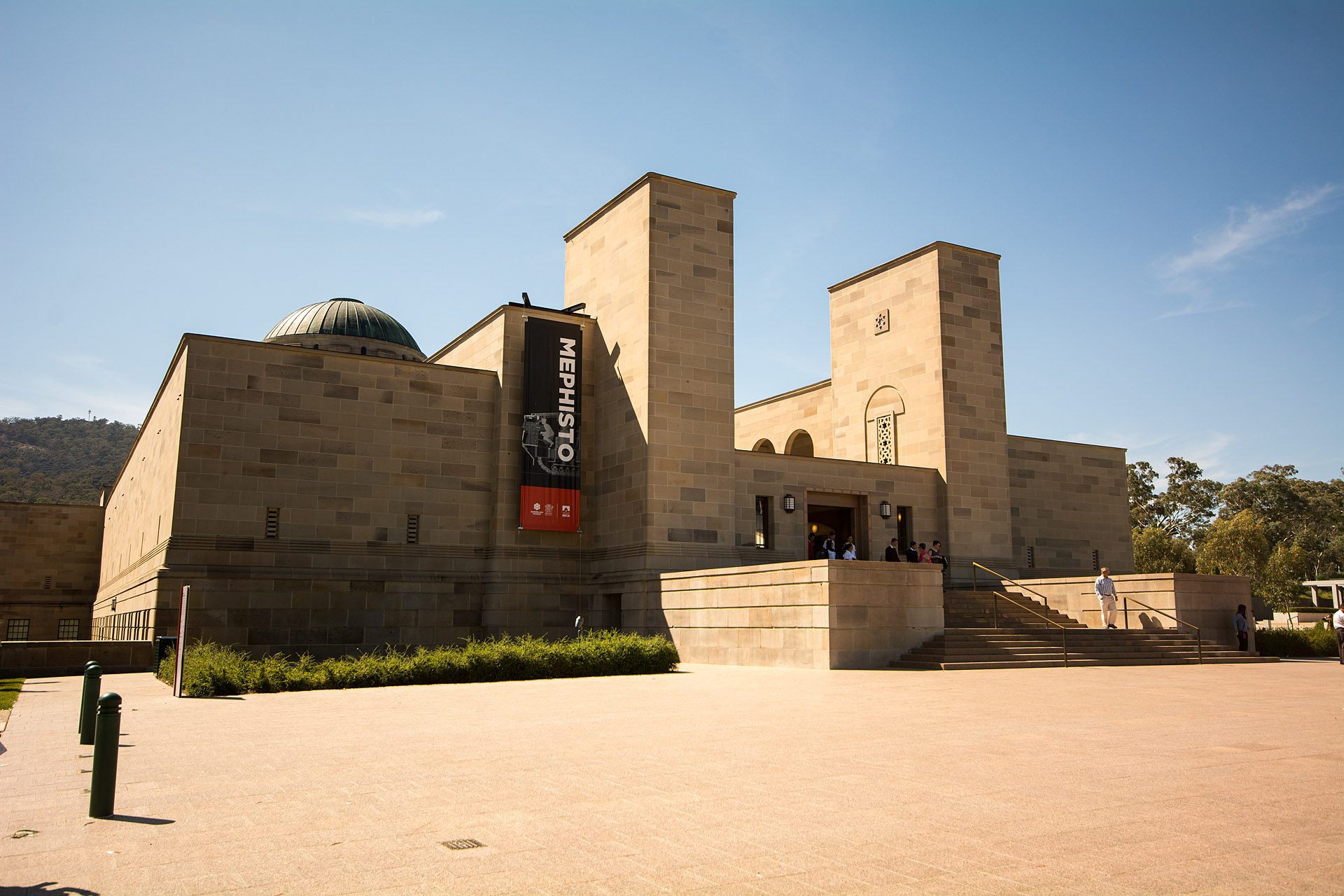 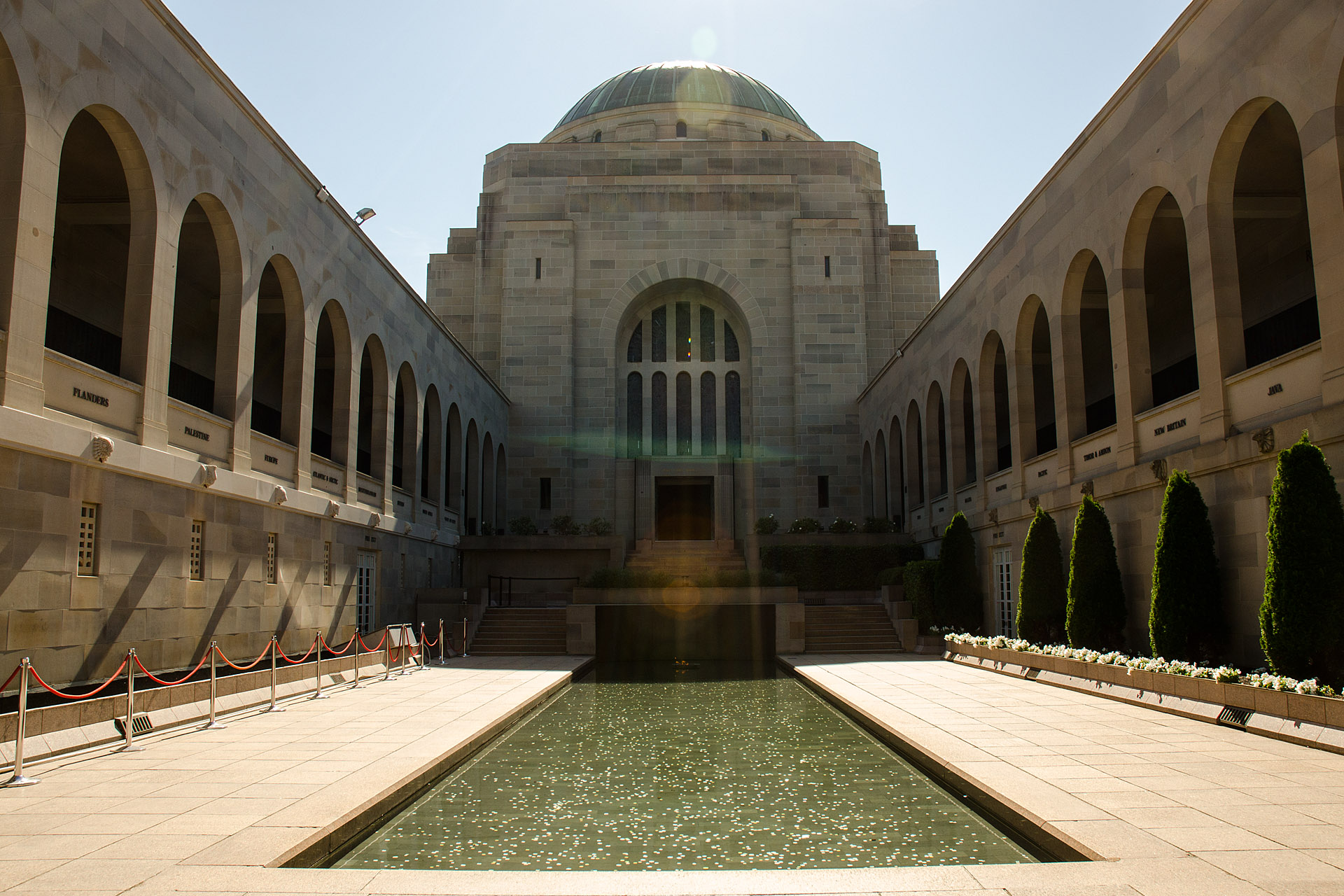 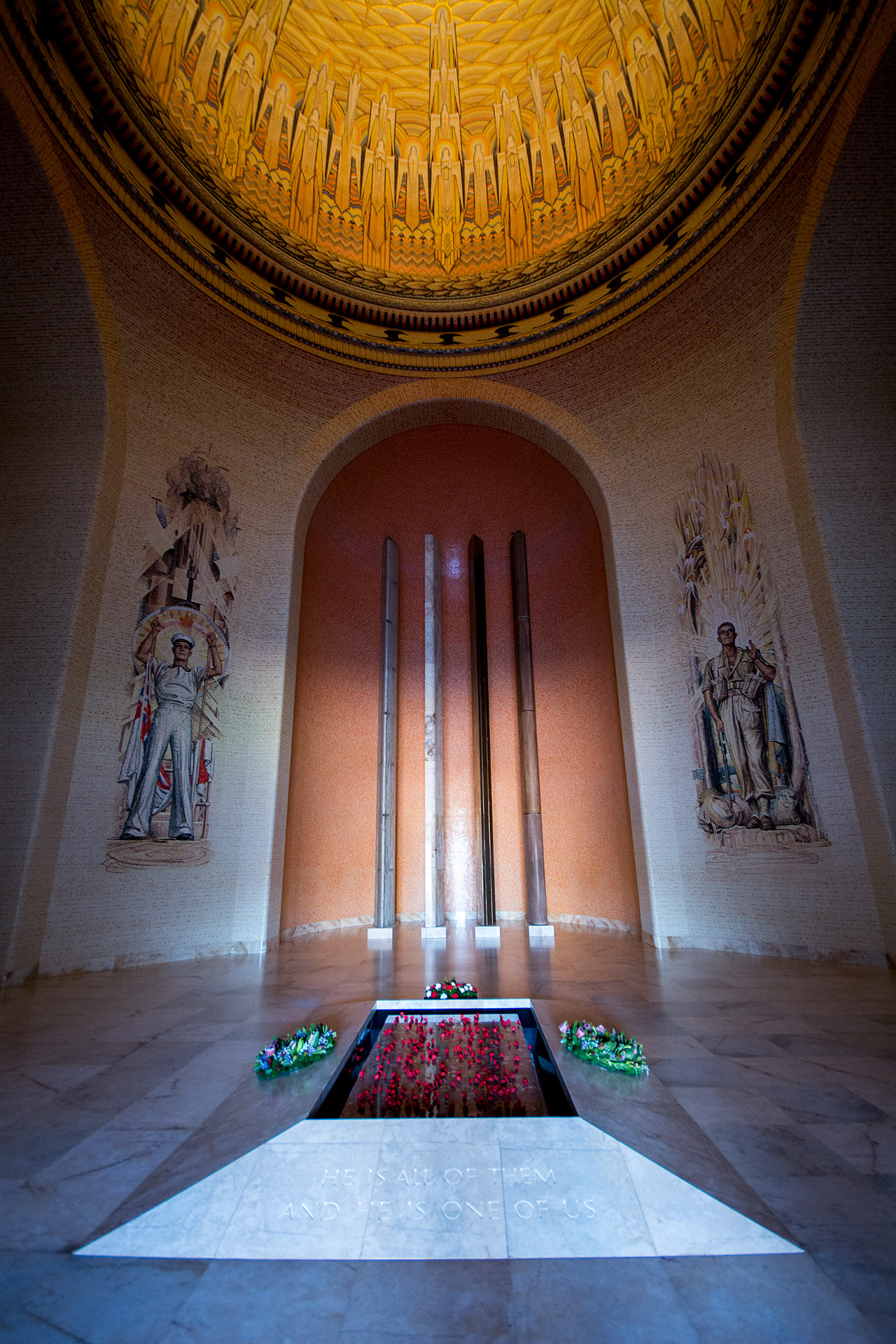 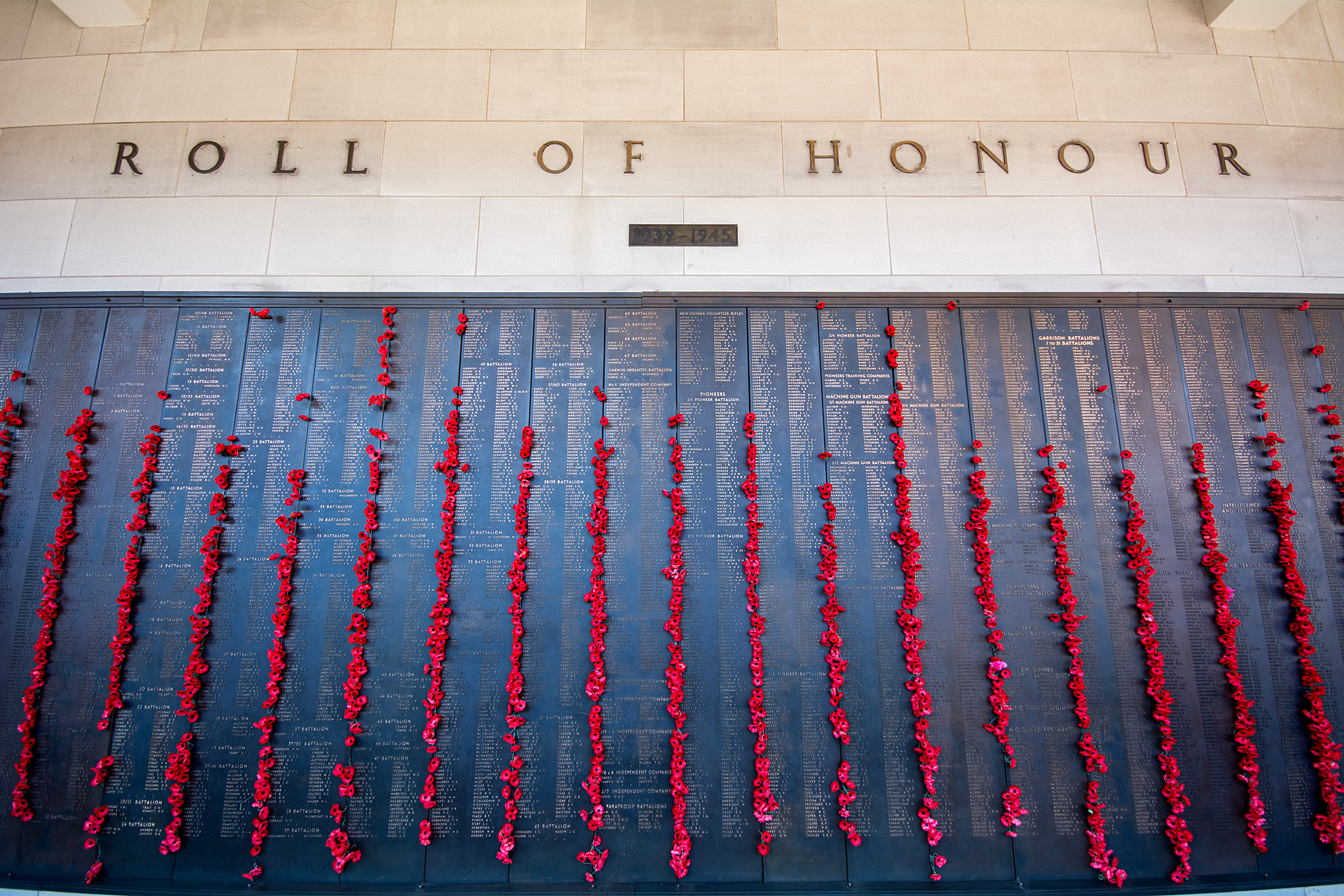 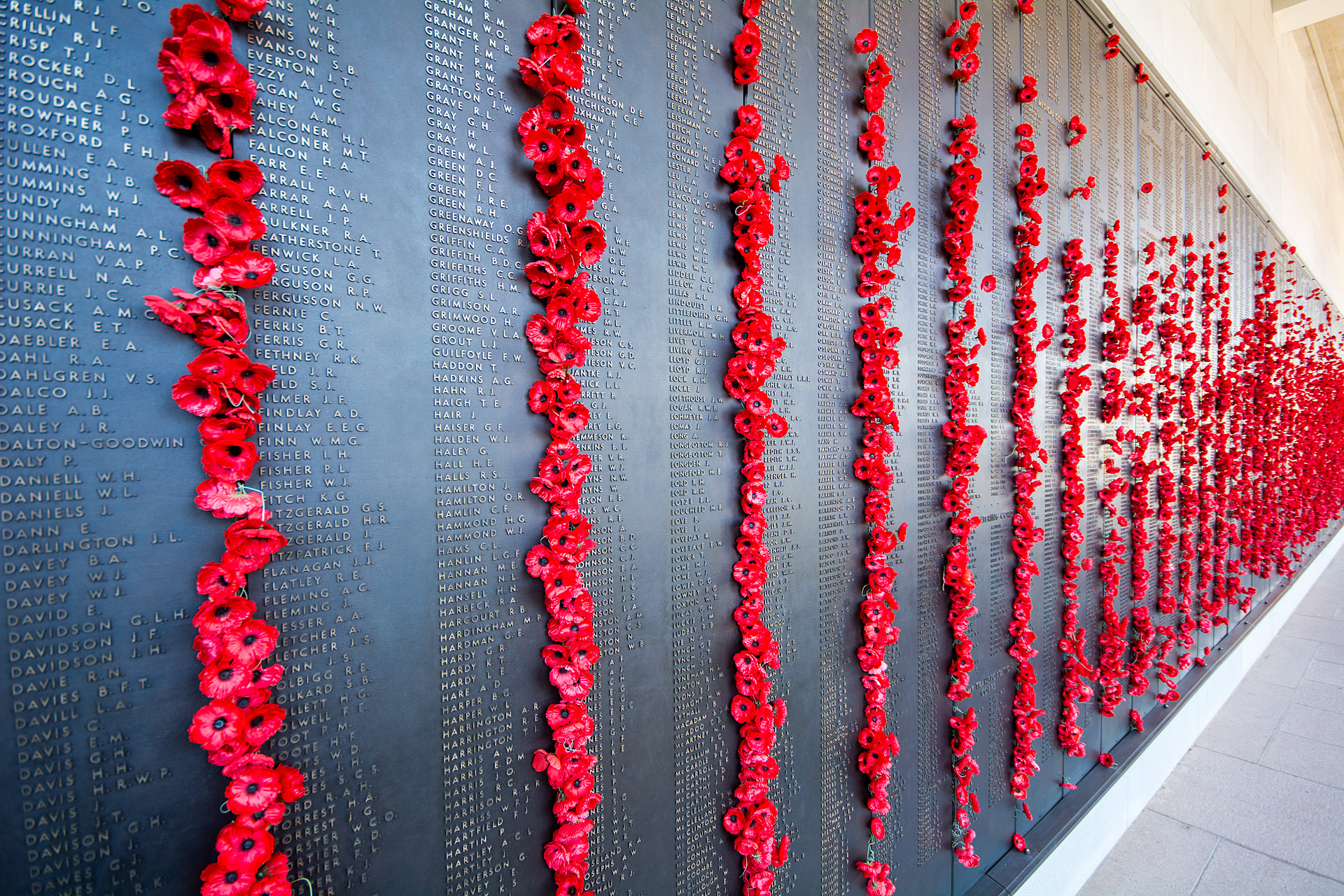 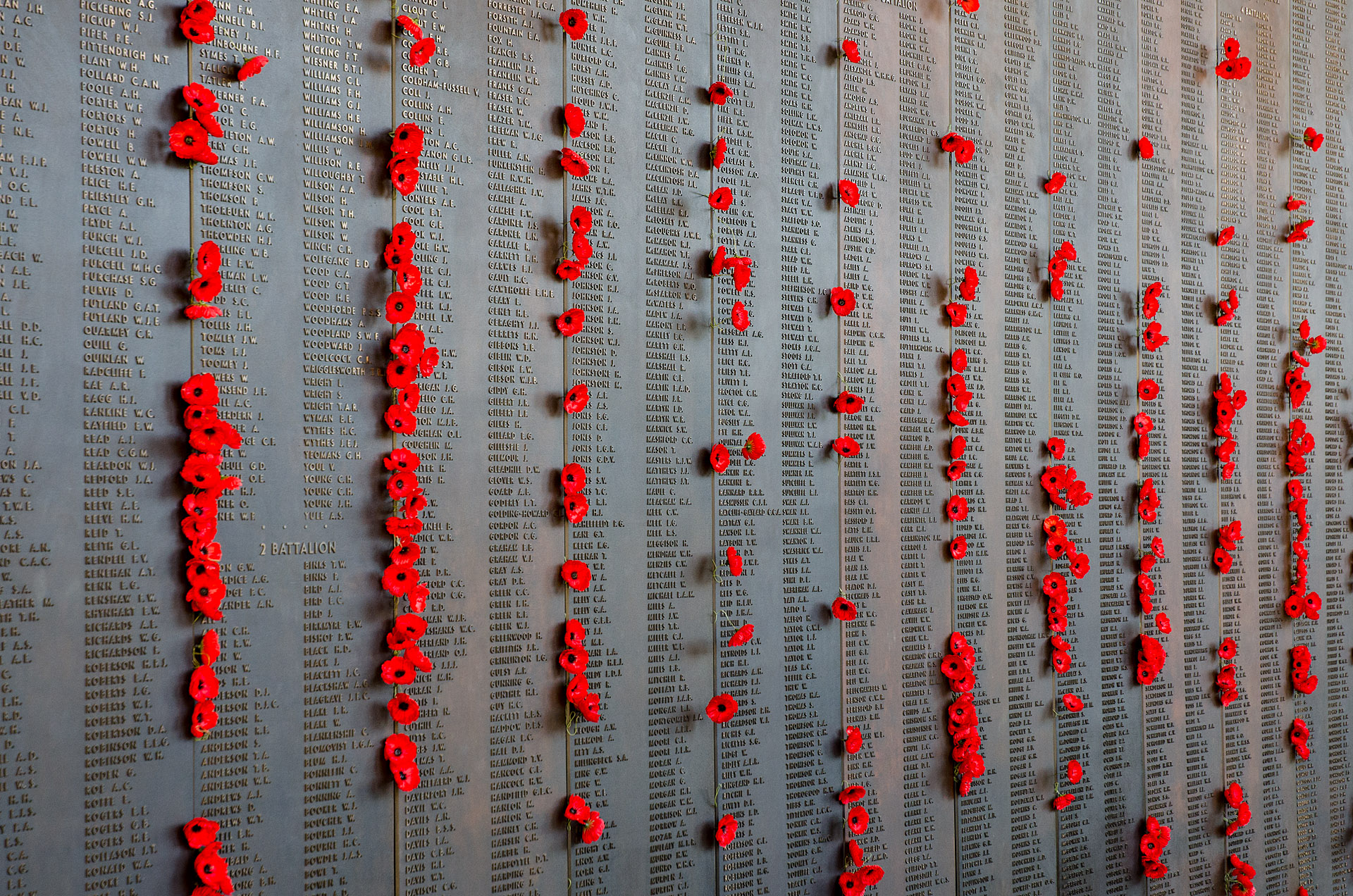 The memorials are adjoined to a sprawling museum, with each wing dedicated to a different war in which Australia fought as an ally. The WWI & WWII collections are, again, unbelievable and filled with war memorabilia – portraits, pieces of artillery, photographs, medals, uniforms, food rations, original signs that point to the front line… it’s just mind-blowing. Moreover, touchscreens (similar to those in the Nicholson Museum in Sydney) tell the brief story of the man/woman behind each uniform and medal, and the history of each item in the collection. The Aircraft and Anzac Halls both house a number of tanks, aircraft and submarines, each with a unique story. Perhaps the rarest and most noteworthy piece is a German A7V tank, called the Mephisto. It is the last surviving tank of only 20 that were built in 1918, and this particular vehicle was captured later that same year by Australian and British troops, and eventually returned to Australia as a trophy from the Great War. 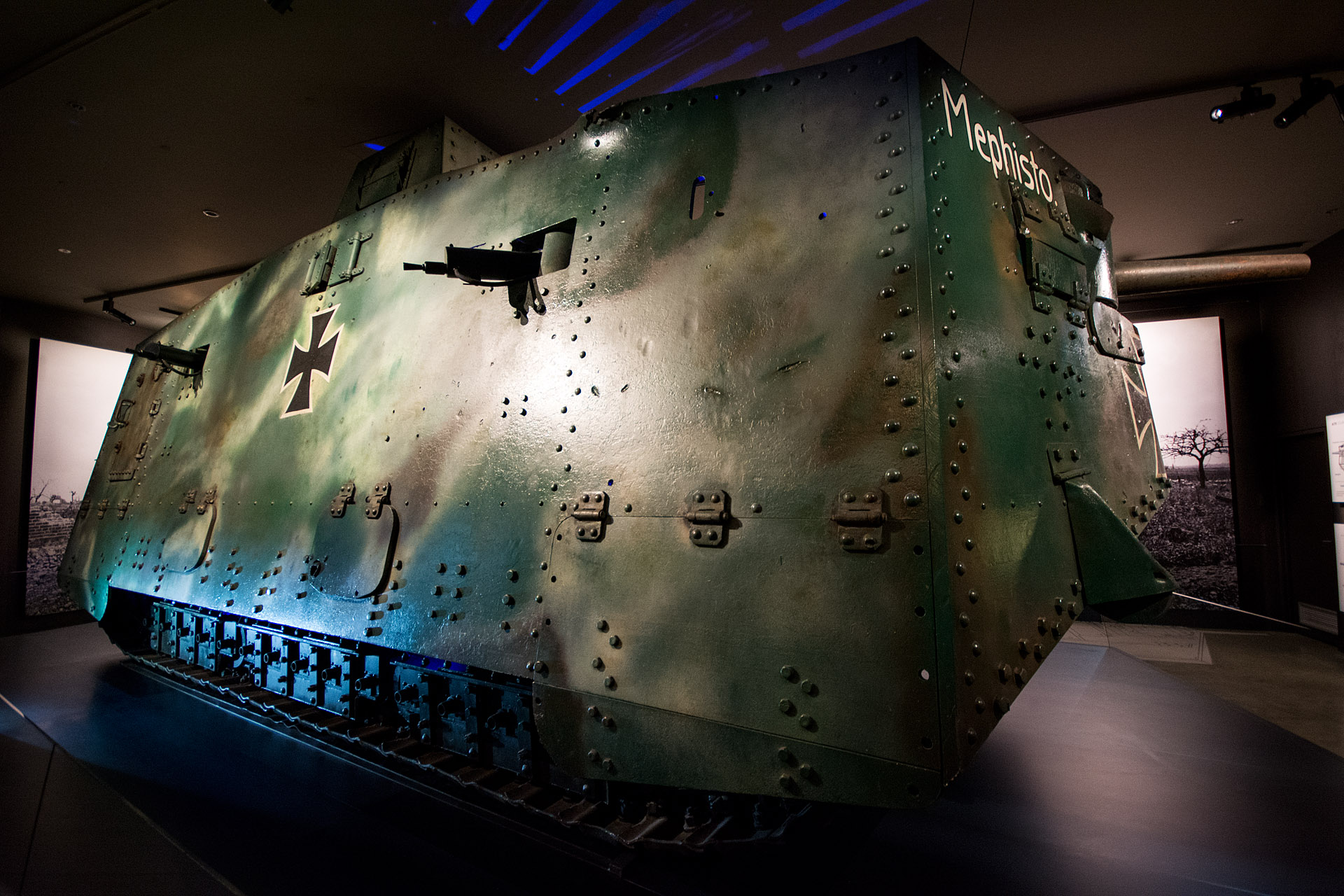 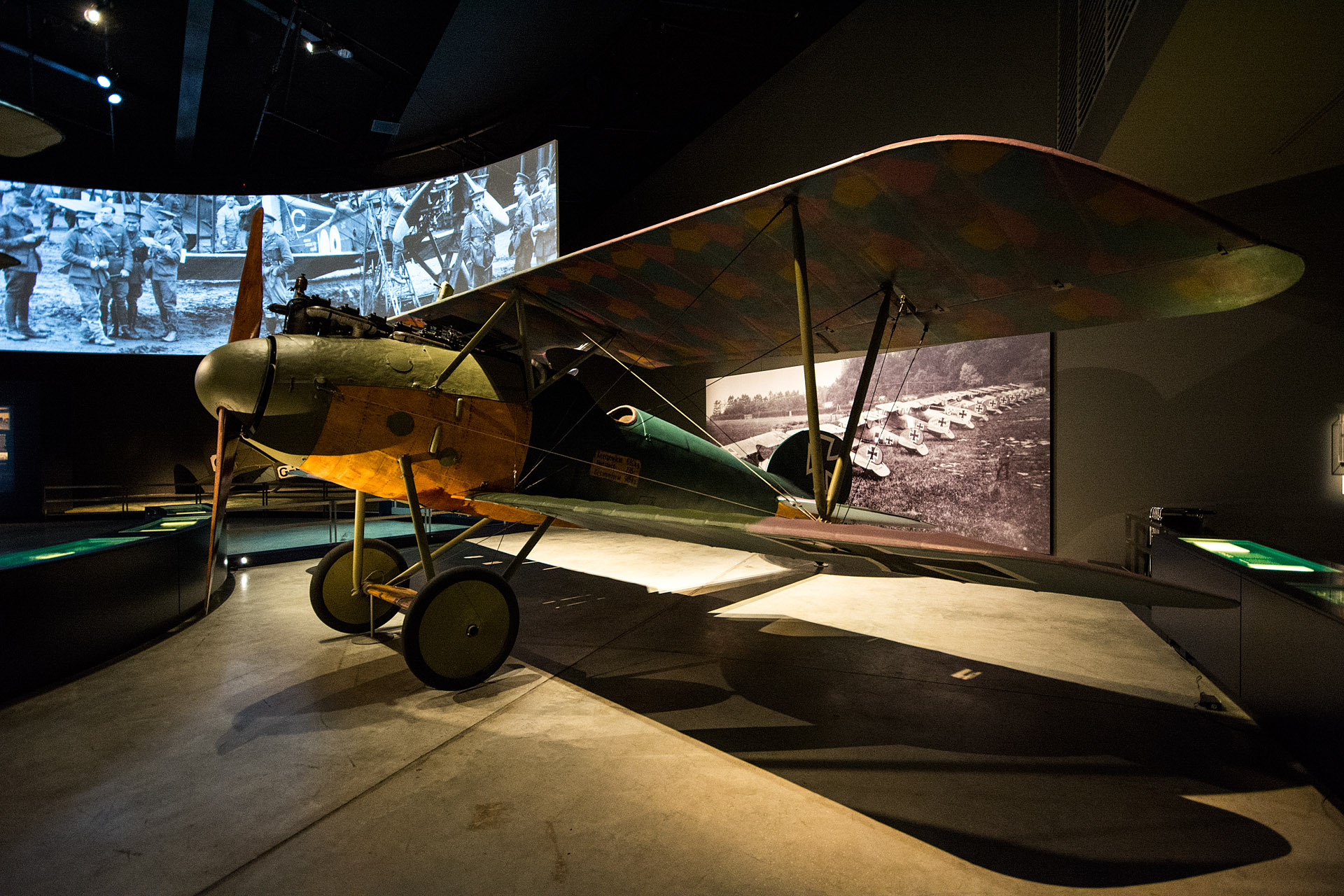 As we exited the museum, after several hours completely in awe, we passed a sculptural memorial in remembrance of the lives lost in the war in Afghanistan. The display featured 41 folded flags, one for each fallen soldier, sculpted from Australian marble and wrapped with a white halyard. It was one of the most rousing and most beautiful works of art I have ever seen, and just about brought me to tears. 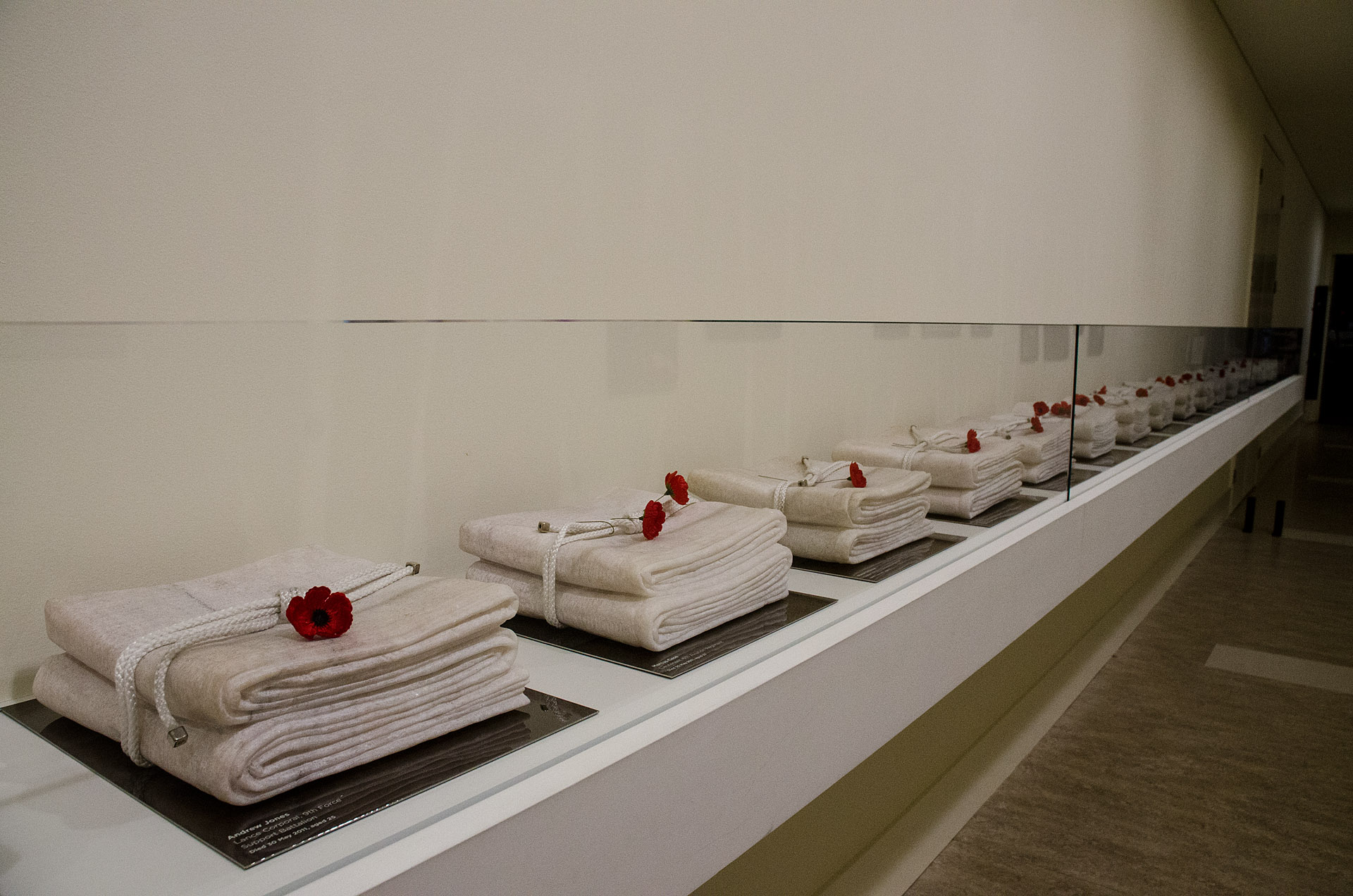 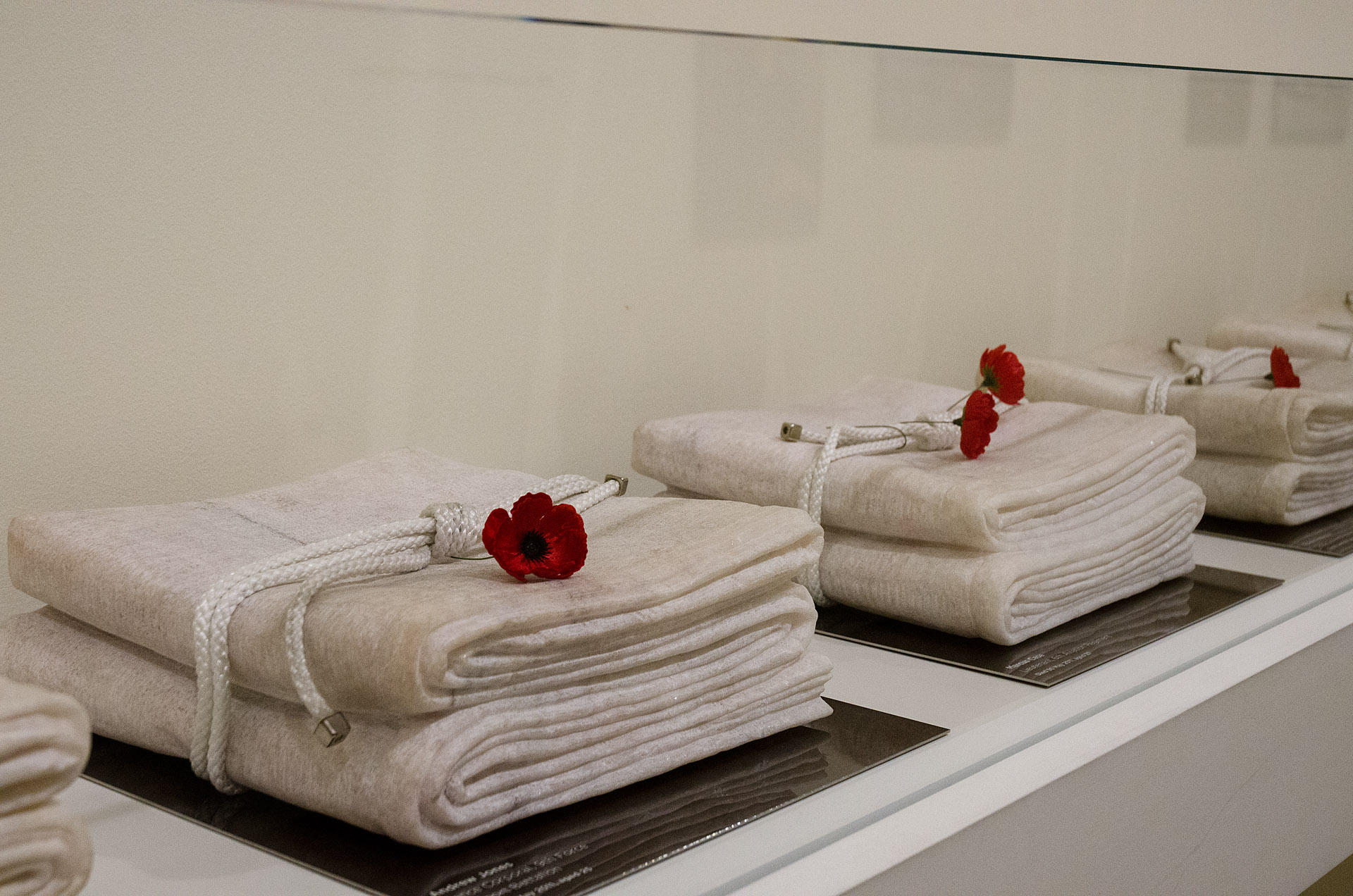 After visiting the memorial, we can see why the couple from Germany went back for a second day. To really immerse yourself in each item and each story, you could easily spend two full days there – there is so much to learn and so much to admire. We would quickly agree with the pair who recommended the site to us – it is an absolute must do if you are in Canberra.