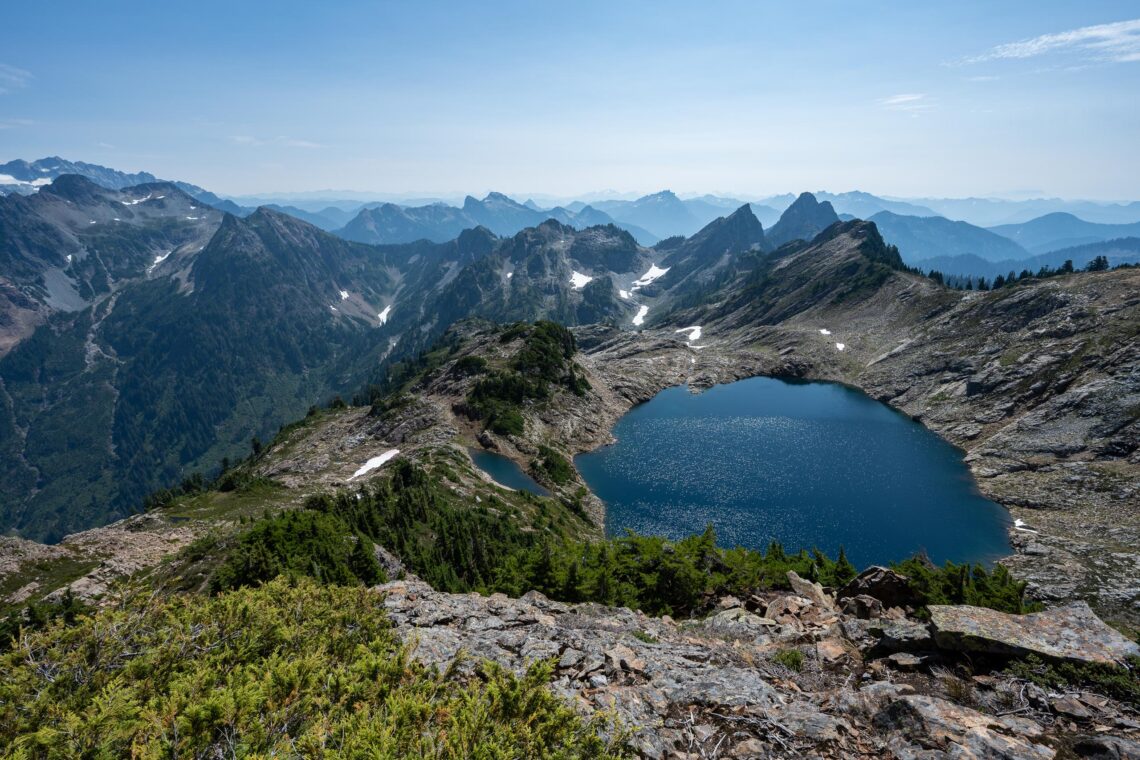 Located about thirty miles east of Granite Falls along the Mountain Loop Highway, Gothic Basin sits in the heart of the Mt. Baker-Snoqualmie National Forest. The fragile alpine basin is tucked between the rugged summits of Gothic and Del Campo Peaks, and is protected by the Natural Resources Conservation Area due to its ecological significance. The area is rich in plant diversity and also critical habitat for bears, so be especially mindful when recreating here.

The trailhead for Gothic Basin can be found just across the highway from the popular Barlow Pass trailhead. Interestingly, the route begins along the Monte Cristo Trail – the vestiges of an old service road that lead to an old mining ghost town. If you’re looking for something that is easier or more kid-friendly, the trail to Monte Cristo is a flat, 8.5-mile roundtrip hike that parallels the South Fork Sauk River.

After about 0.75 miles the wooded service road reaches a signed junction, with trail #724 heading to the right toward Gothic Basin. The first two miles of the hike (including the service road) are about as flat as a pancake. Consequently, the trail gains nearly the entire 2,900 feet of vertical over the last three miles. It’s fairly steep in sections, and the terrain makes it feel even more intense. It’s rugged and rocky and there are a couple short scrambly bits where you’ll likely need to use your hands. Along the ascent to the basin, the trail crosses one of Weden Creek’s scenic waterfalls as Silvertip Peak intermittently comes into view through the thick forest. 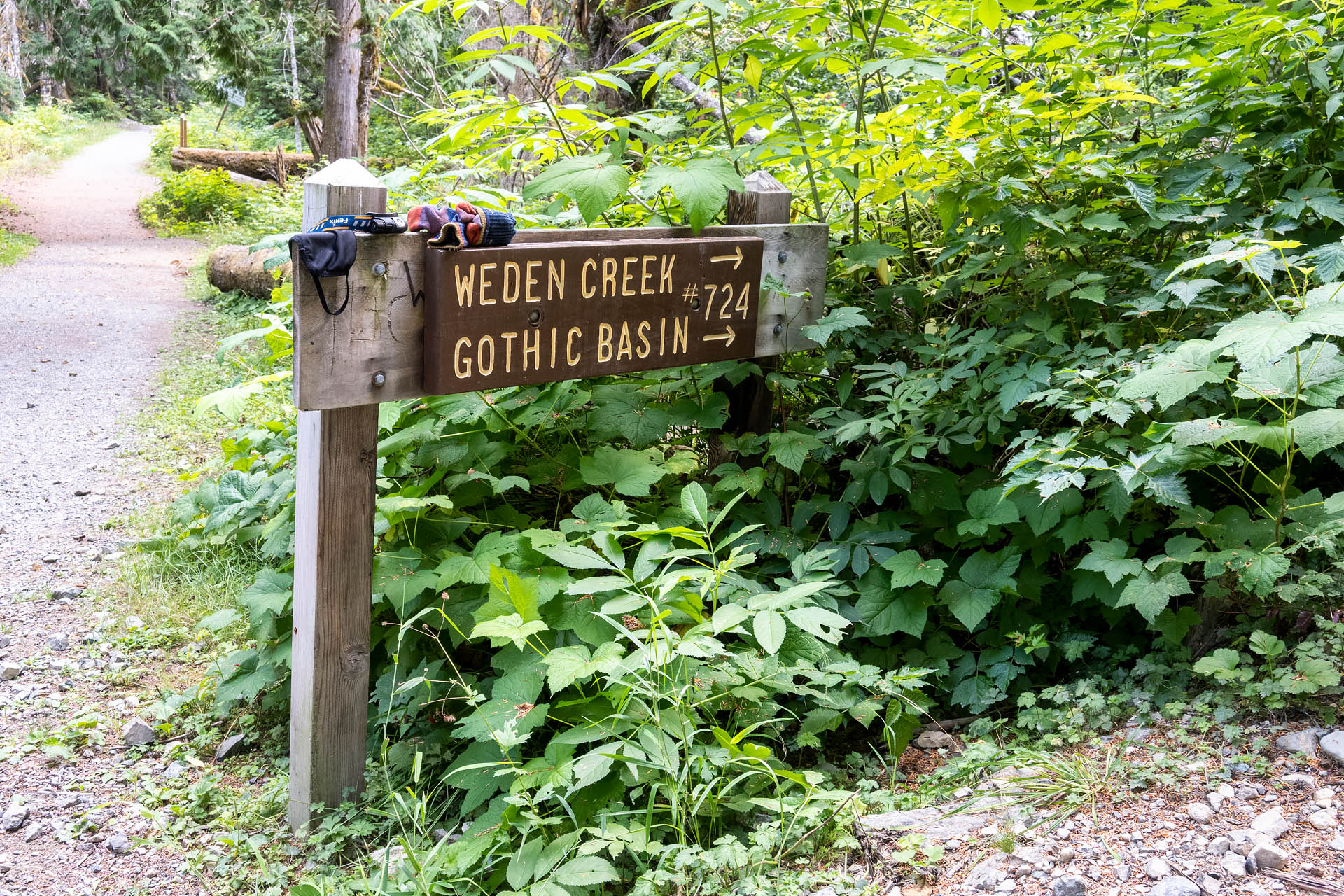 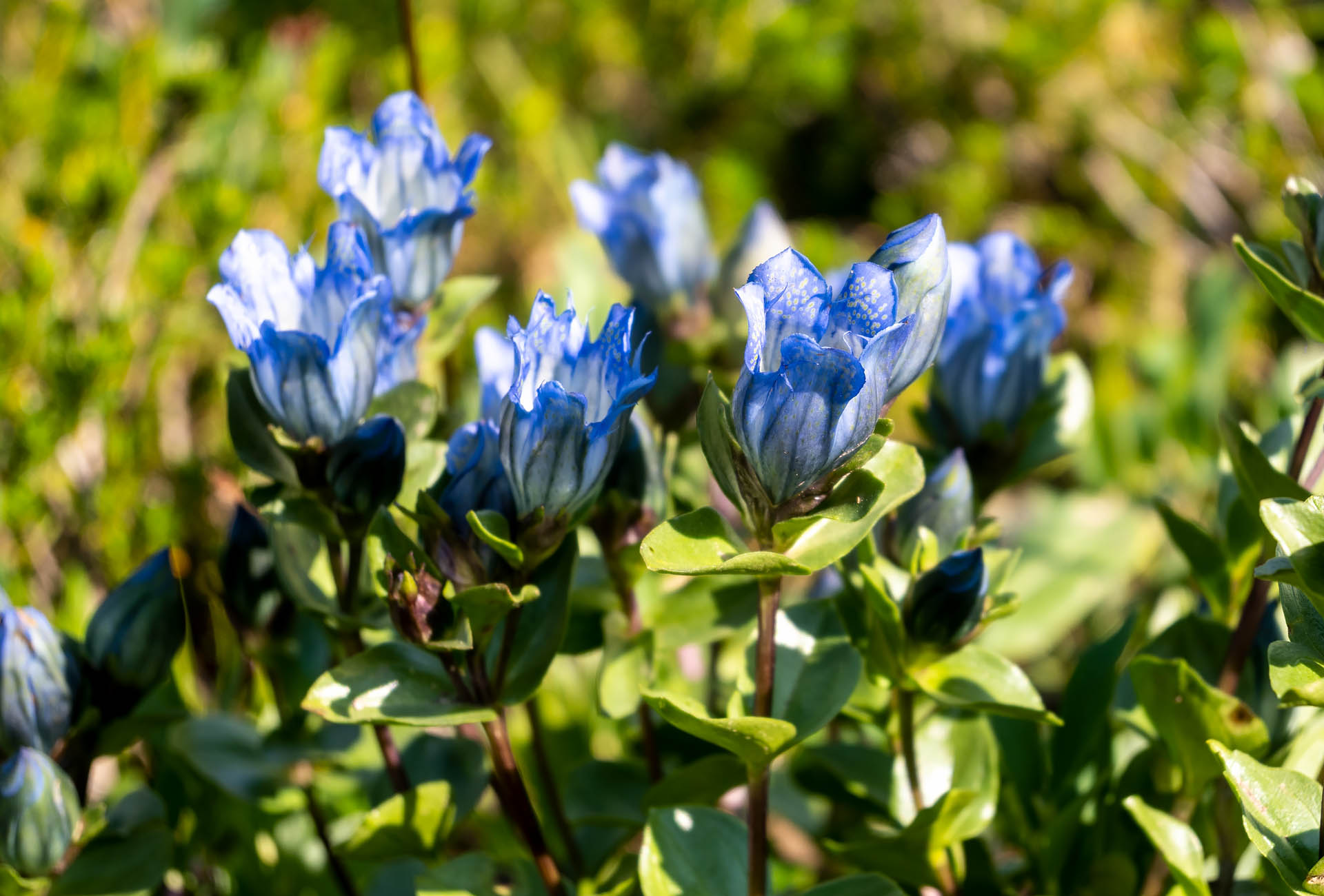 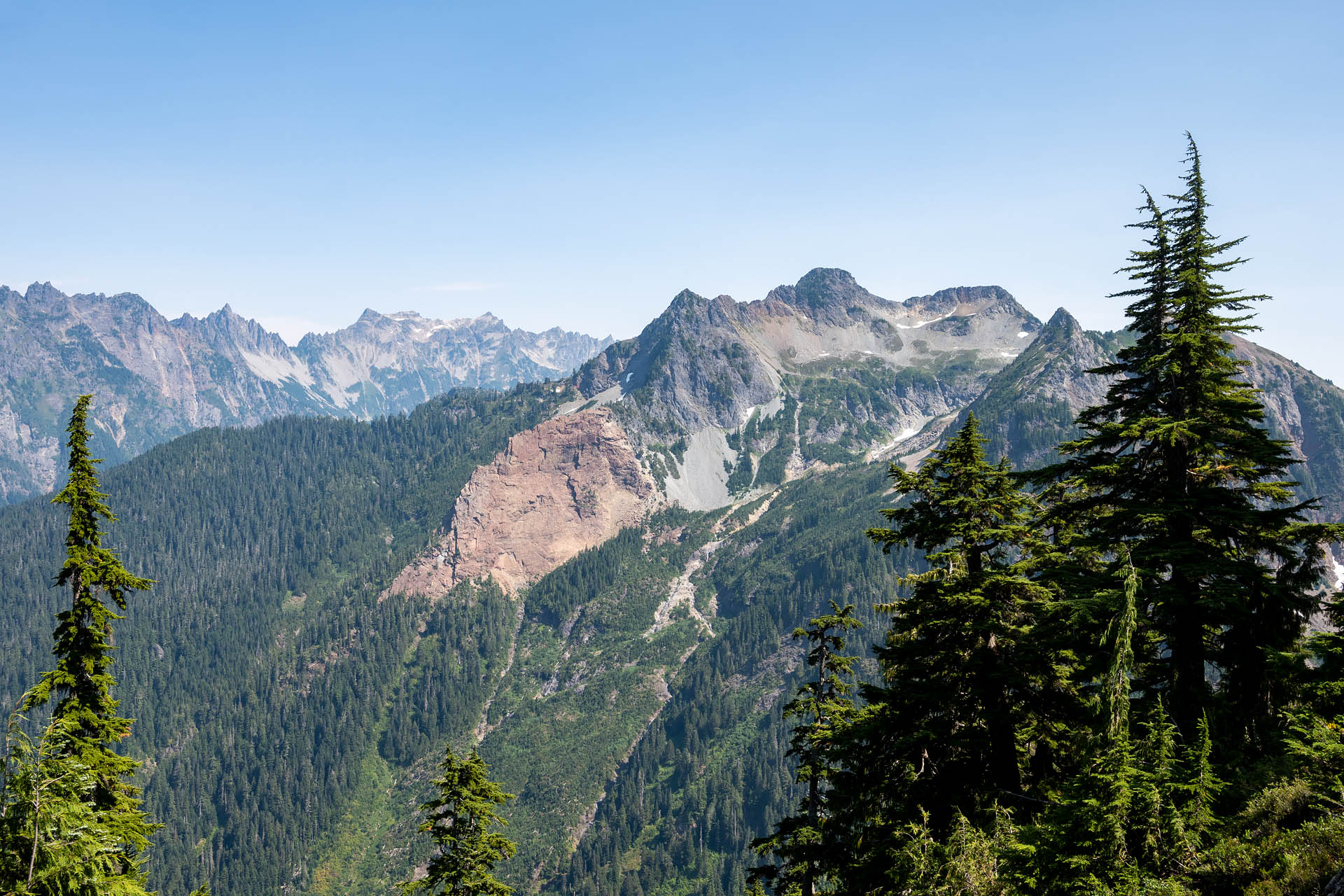 About five miles from the trailhead, the trail abruptly opens onto the small tarns of Gothic Basin. The terrain is rugged and rock-strewn and the views impressive. From the scattering of lakelets, it’s just a half mile and a few hundred feet of vertical gain up to Foggy Lake. As we clambered up the rocks, we spotted a black bear wandering around a nearby snowfield. With all the hiking we’ve done, it was the first time we saw a bear on a trail, so it was something kind of special for us. 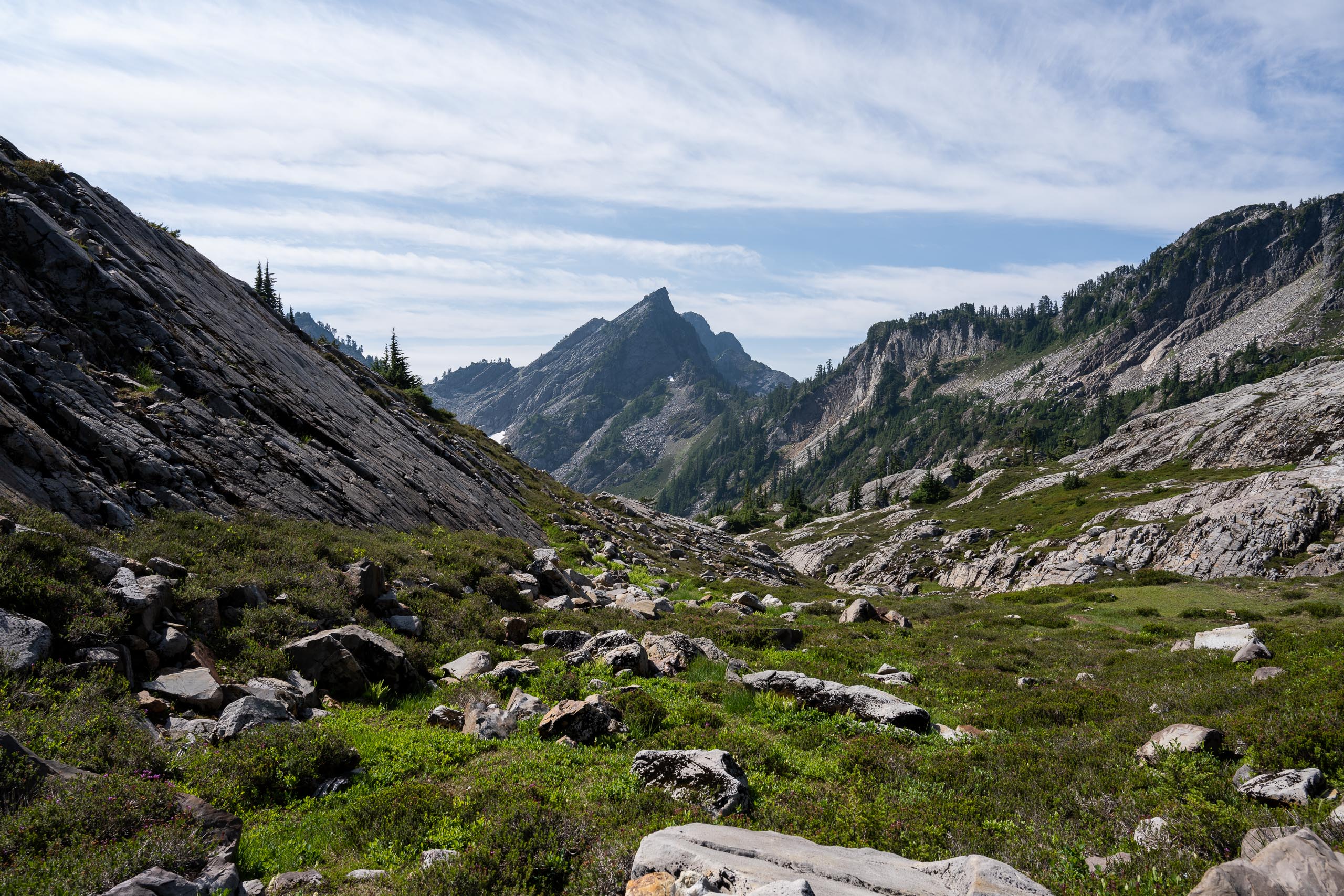 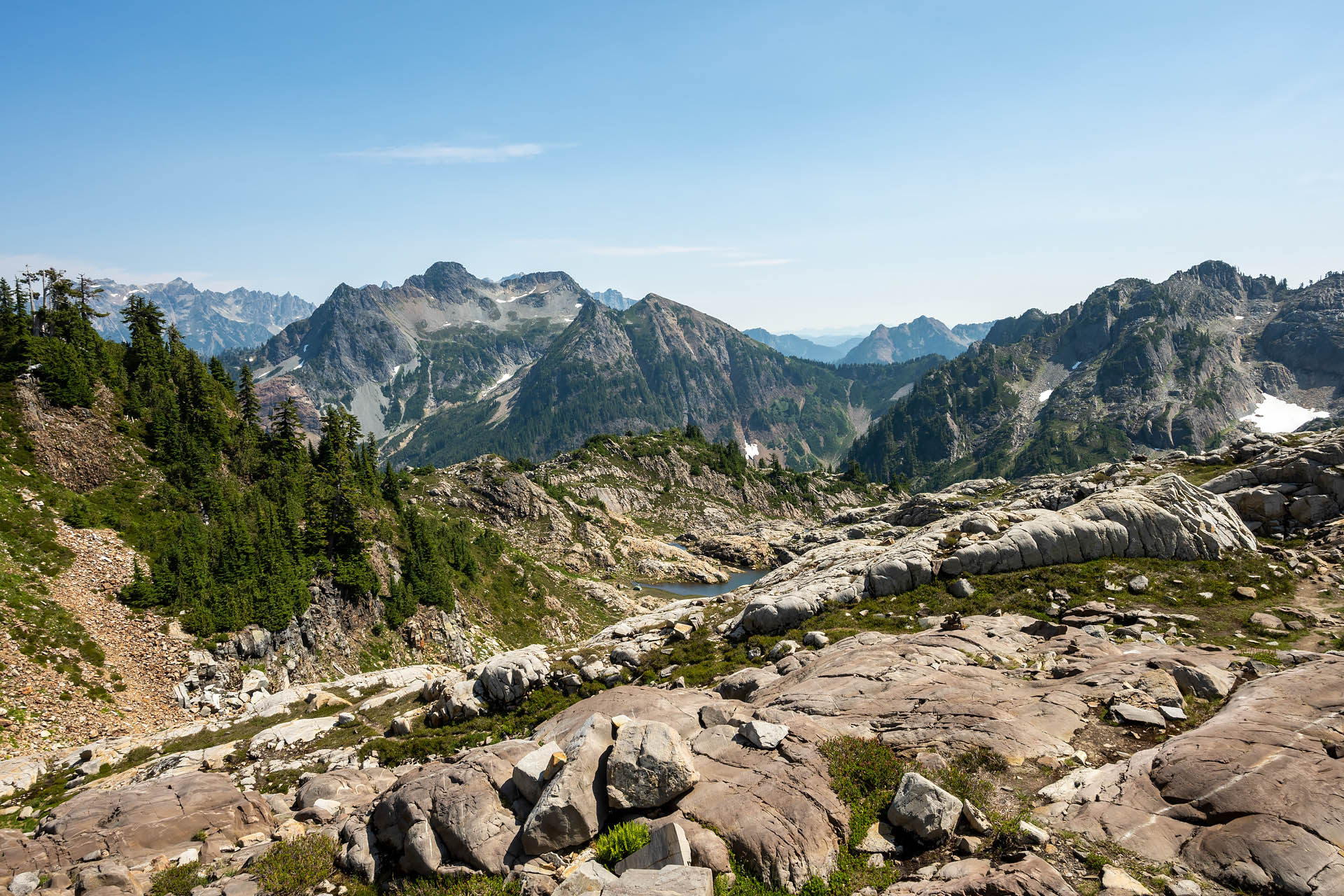 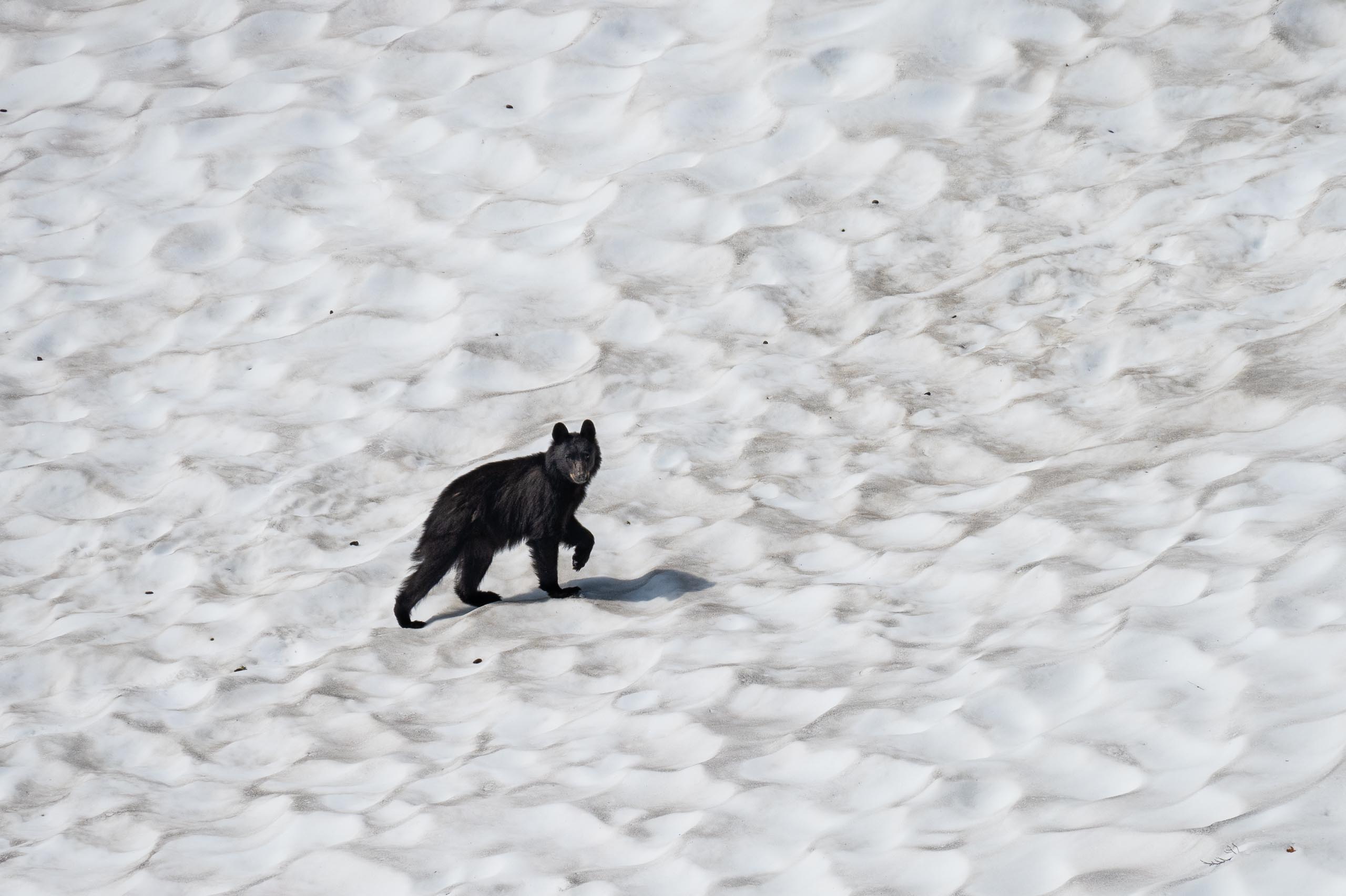 When we finally reached Foggy Lake, we were taken aback by how beautiful it was. Bounded by the stark summits of Gothic and Del Campo Peaks, the sapphire blue pool forms the headwaters for Weden Creek. It was a really gorgeous spot. Additionally, we were shocked at how crystal clear the skies were. After being choked by smoke the day before up at the Chain Lakes, we certainly weren’t expecting such vibrant blue skies. 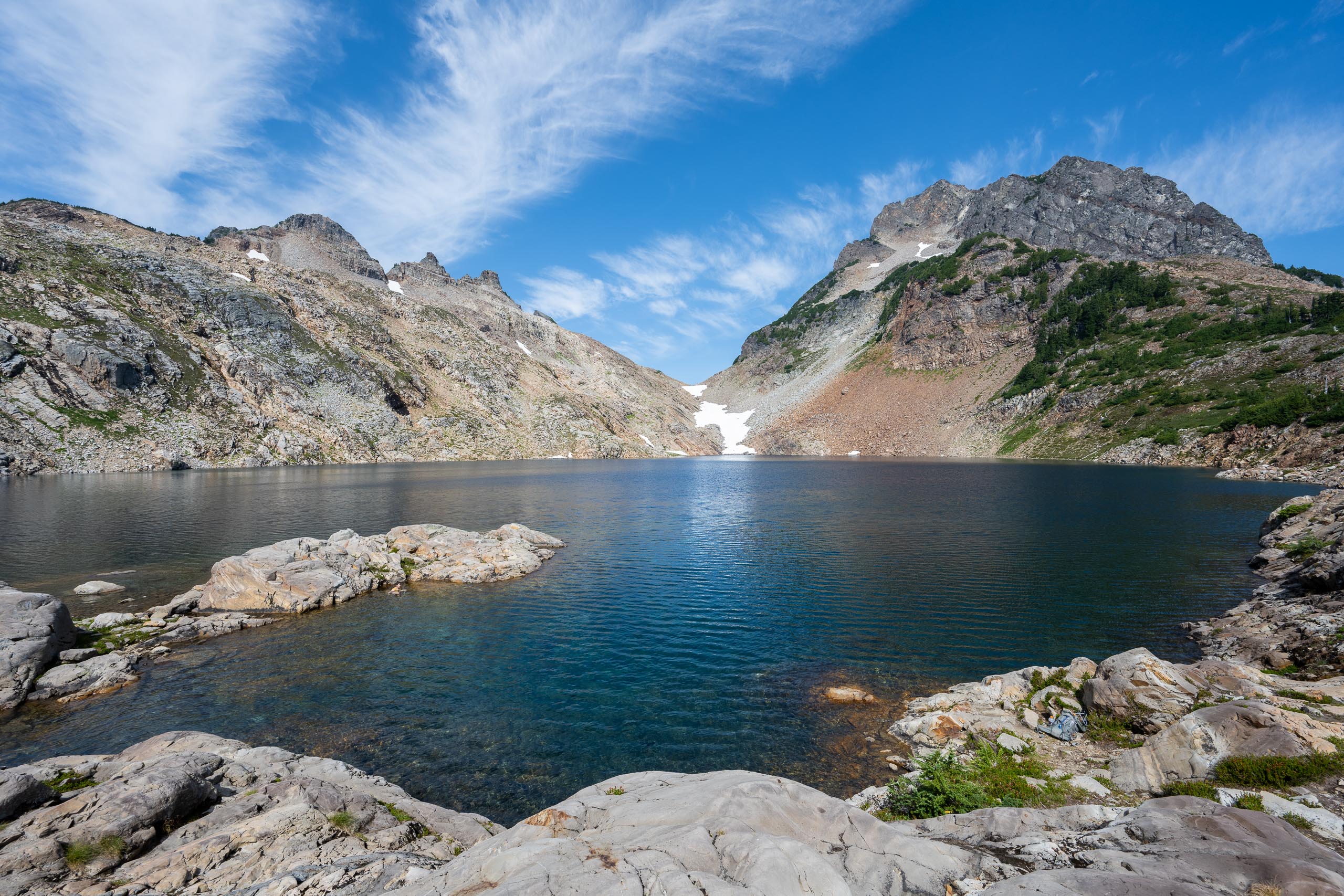 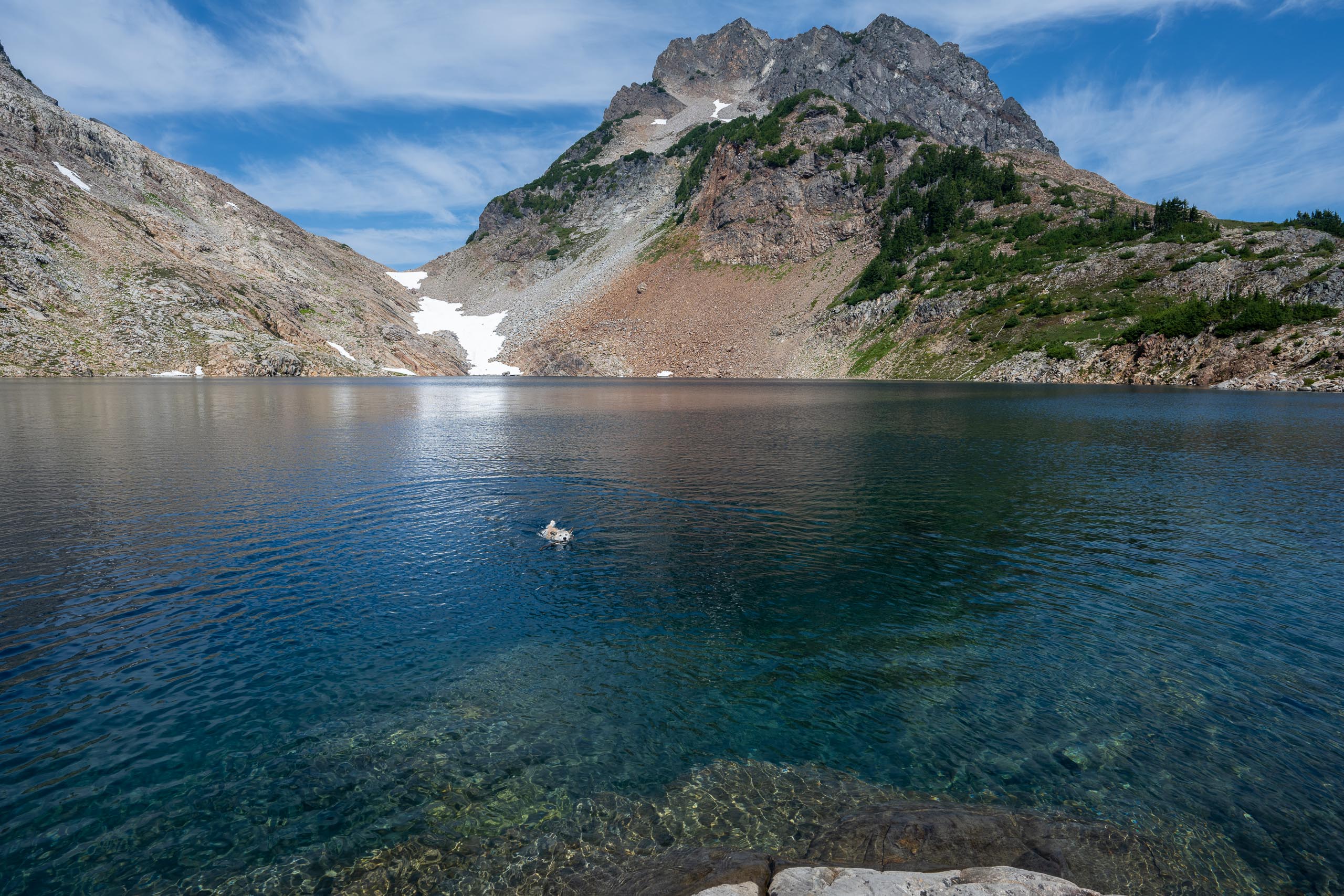 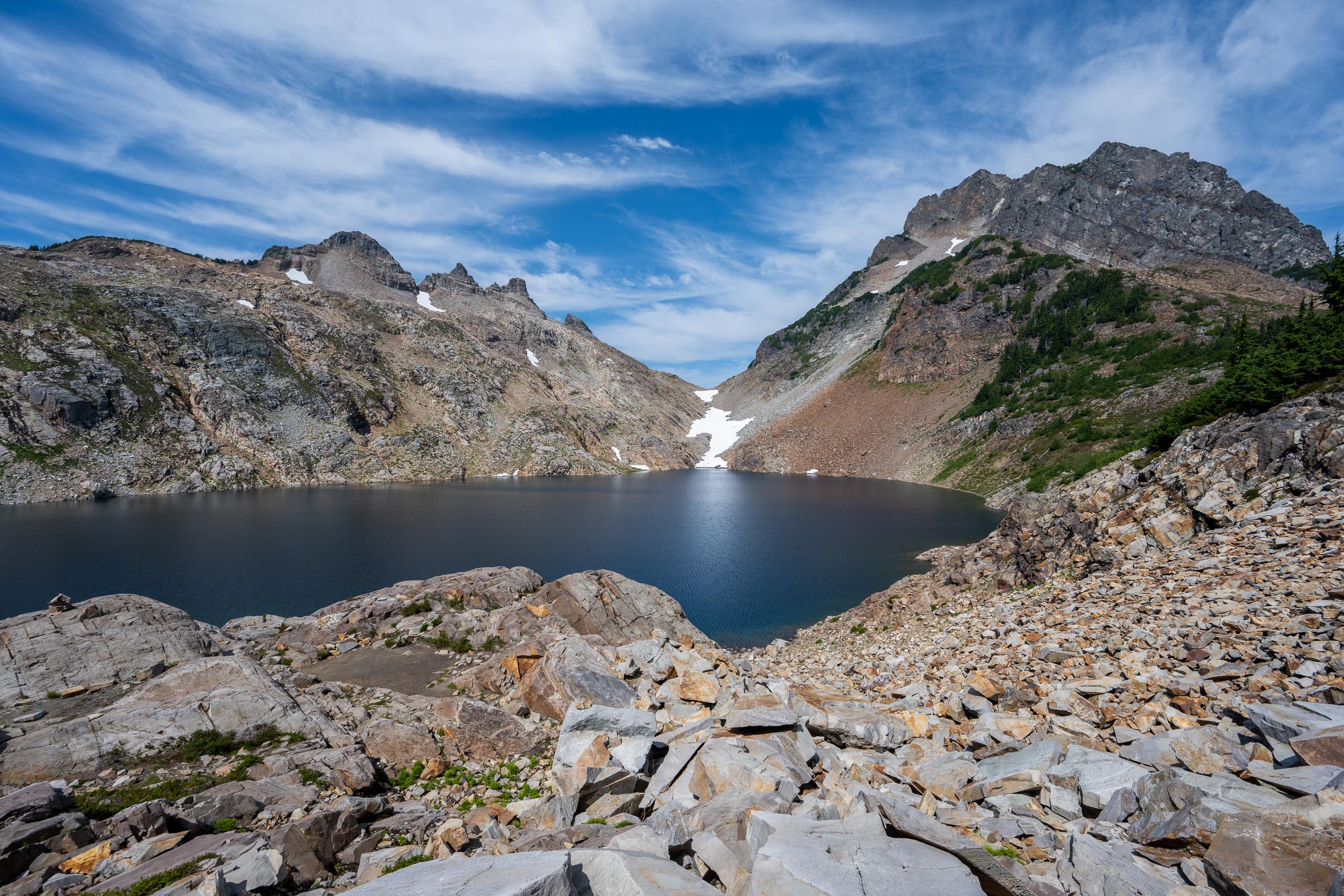 We sat there for a while soaking up some rays while Sanchez took a quick dip in the frigid waters. As we enjoyed our lunch, we noticed that a path continued along the east side of the glacial lake, seemingly toward a higher ridge at the northern tip of the lake. Thinking we might get a nice view of the lake, we figured we’d take a little wander. After another half mile and just over 700 feet of gain – a short but steep little climb – we reached the start of the talus field that begins the climb up to Del Campo Peak. The bird’s-eye view of Foggy Lake was indeed striking, with layer upon layer of jagged crest fading into the distant haze. 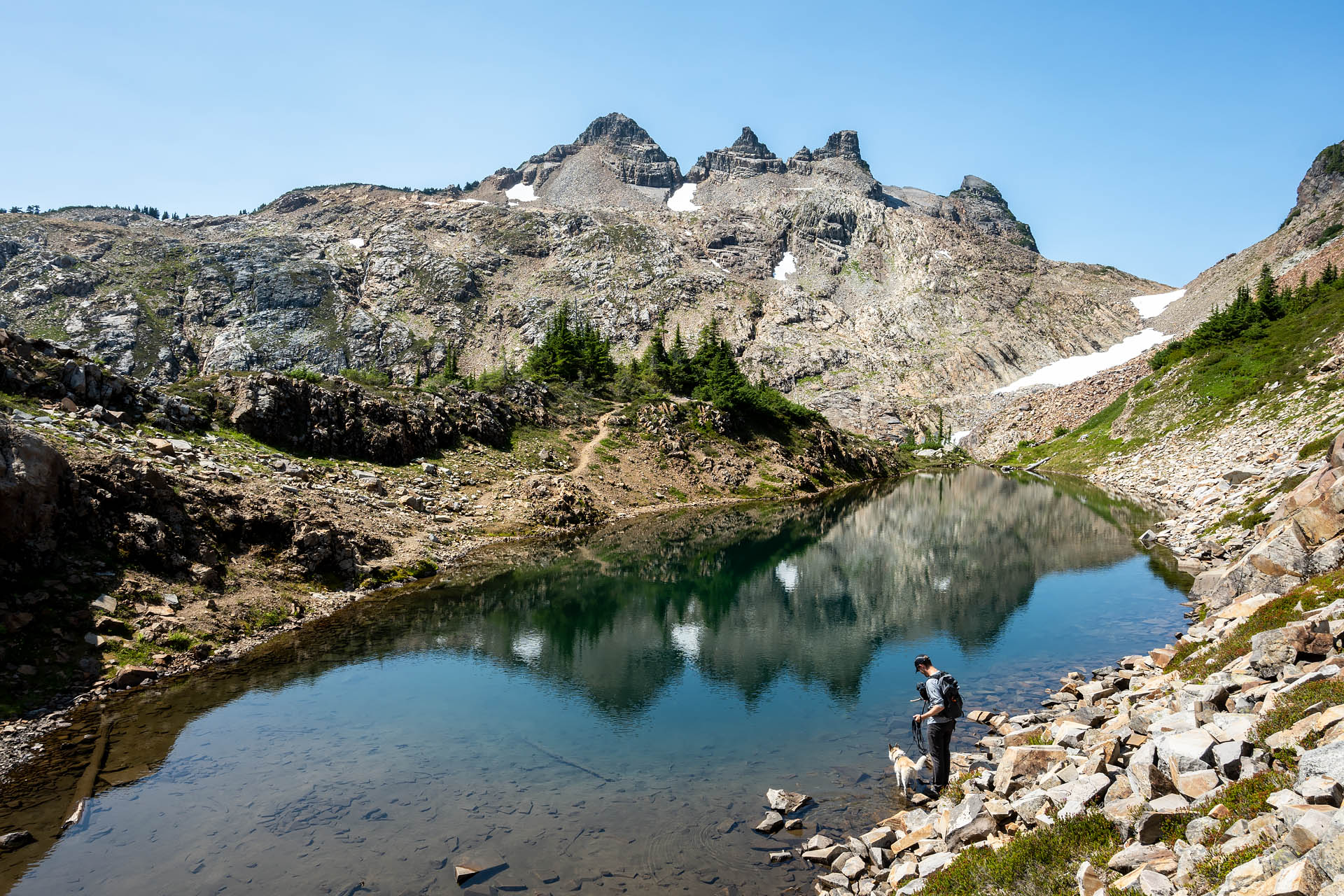 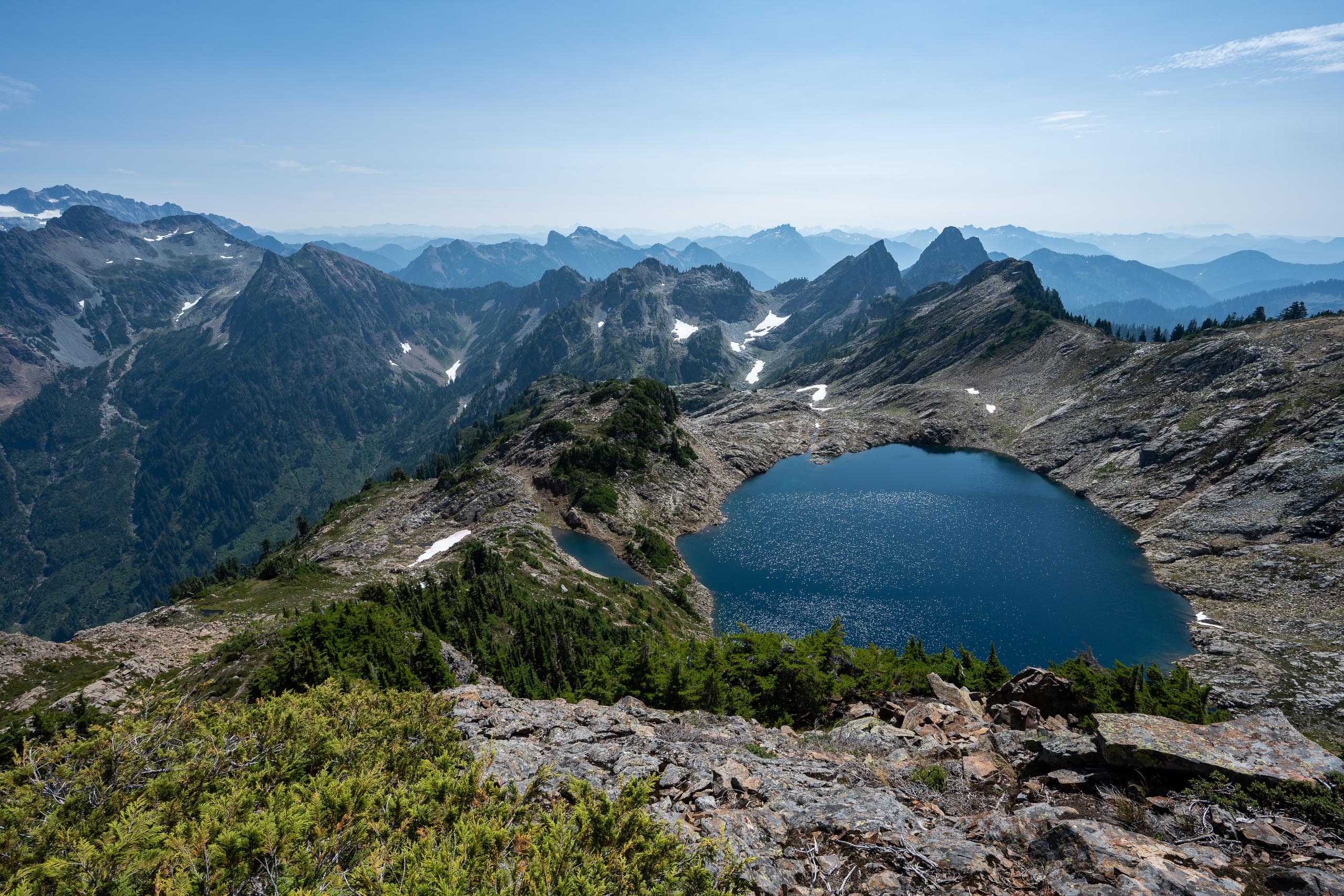 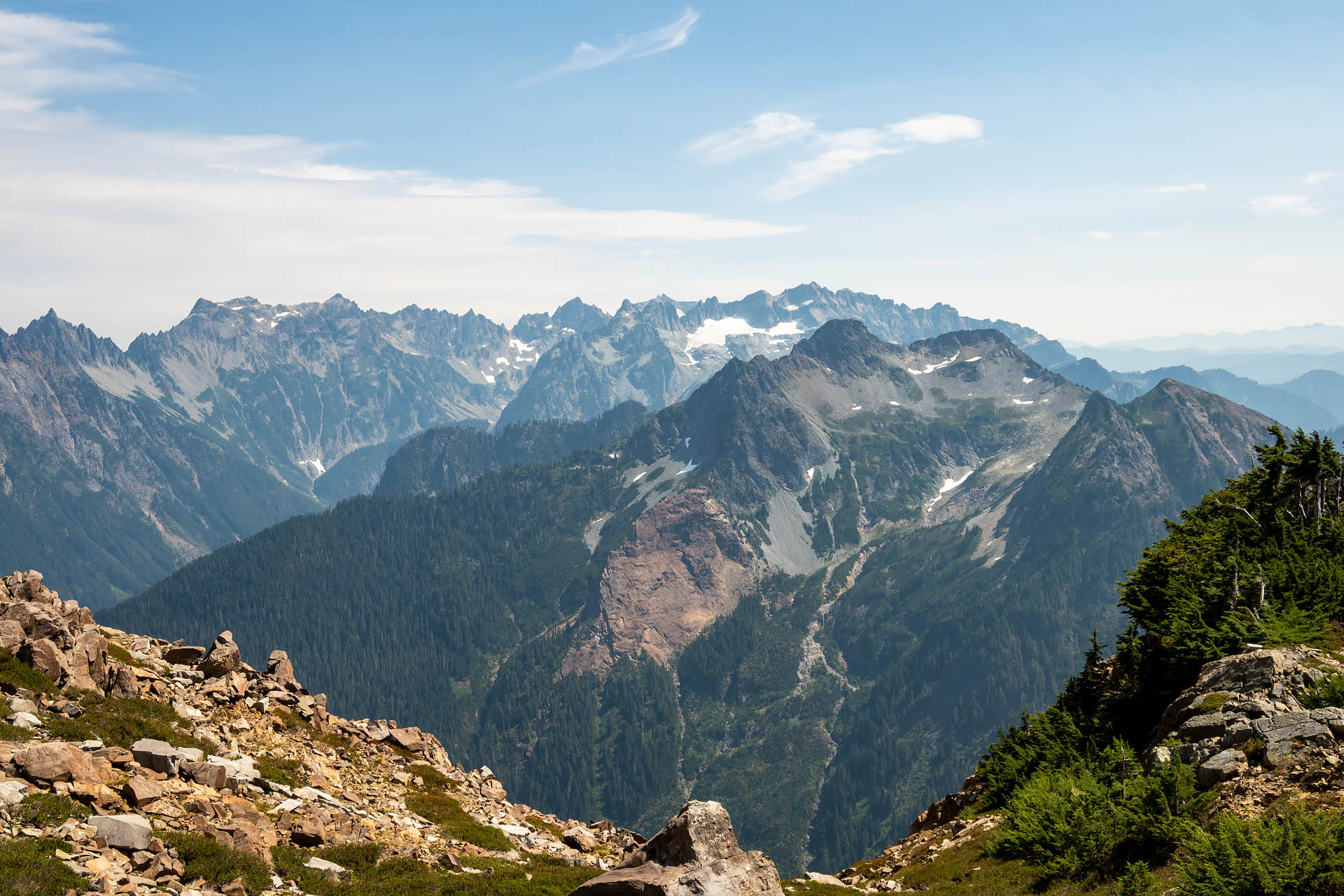 If you’re looking for a Cascade hike with some decent elevation gain and slightly more challenging terrain, Gothic Basin is for sure a good one. If you exclude our little bonus scramble at the end, the trail clocks in at 10 miles and about 3,200 vertical feet roundtrip to Foggy Lake. Before heading out, however, make sure you check the trail conditions. Hazardous snow bridges can persist well into July. With 2021’s record-setting snowfall in the Cascades, the final snow bridge melted out just a week or two before we hiked in mid-August. Additionally, keep in mind the fragility of the alpine ecosystem when you visit. Gothic Basin is a really special area, and one that we all need to mindfully look after. 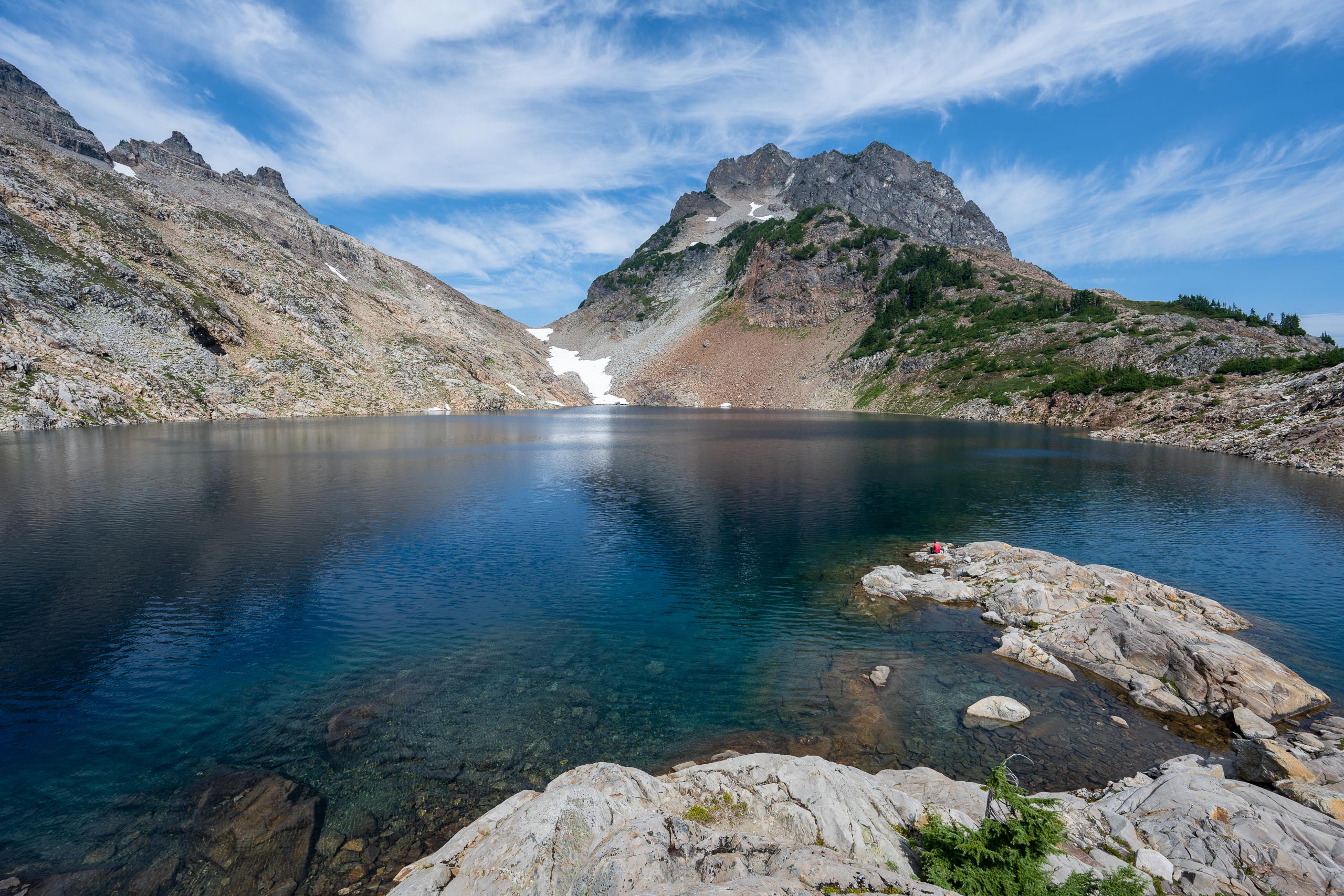 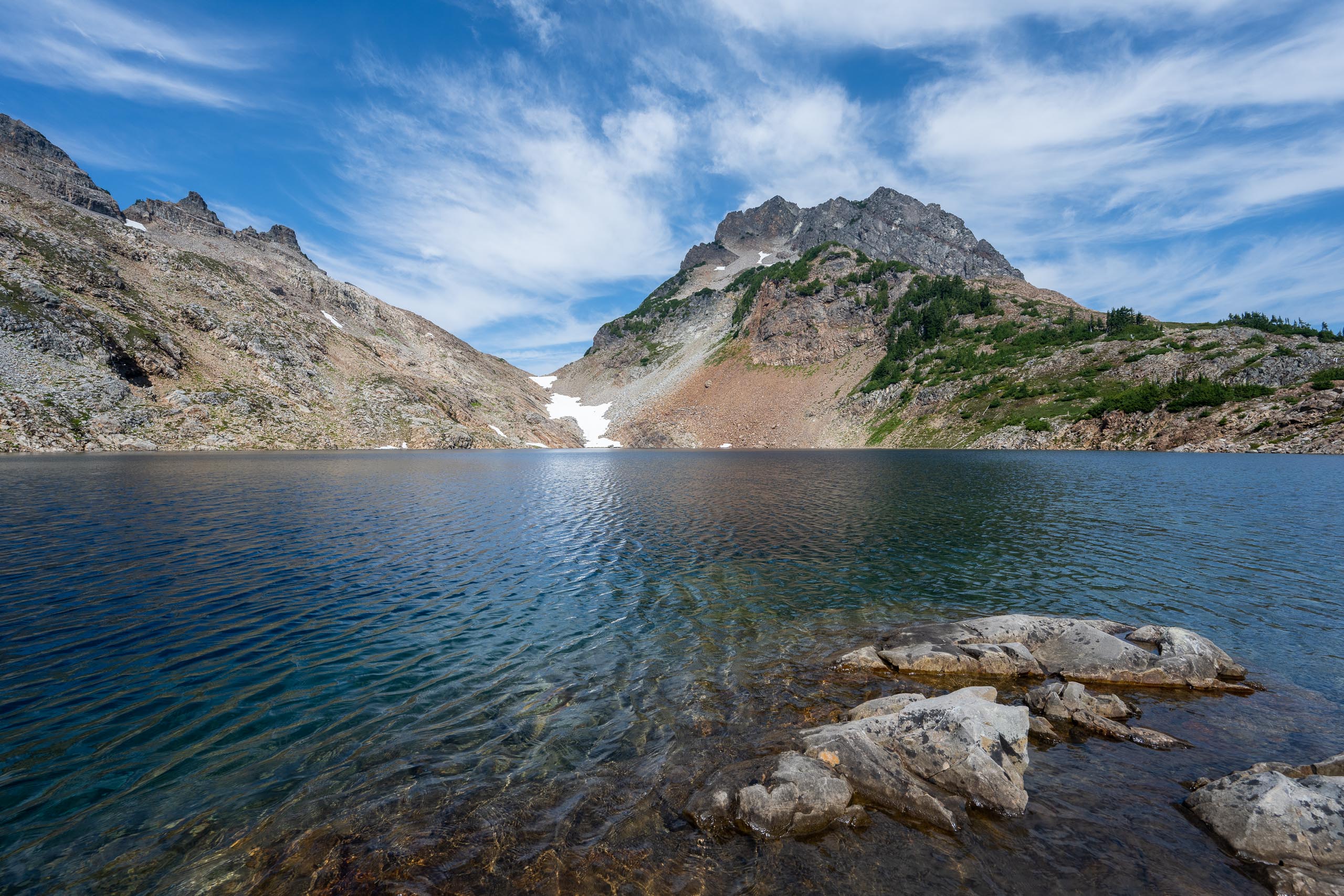 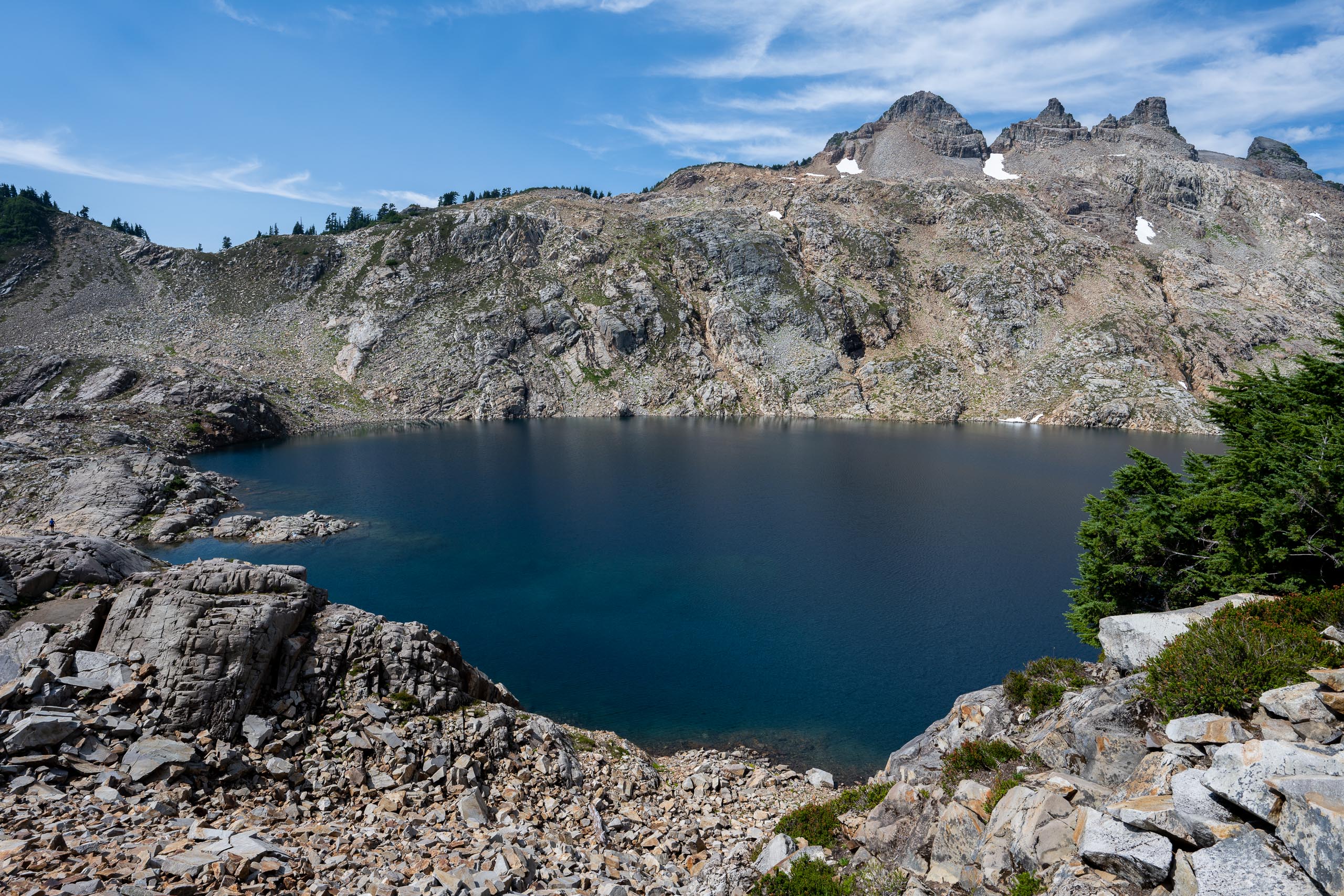 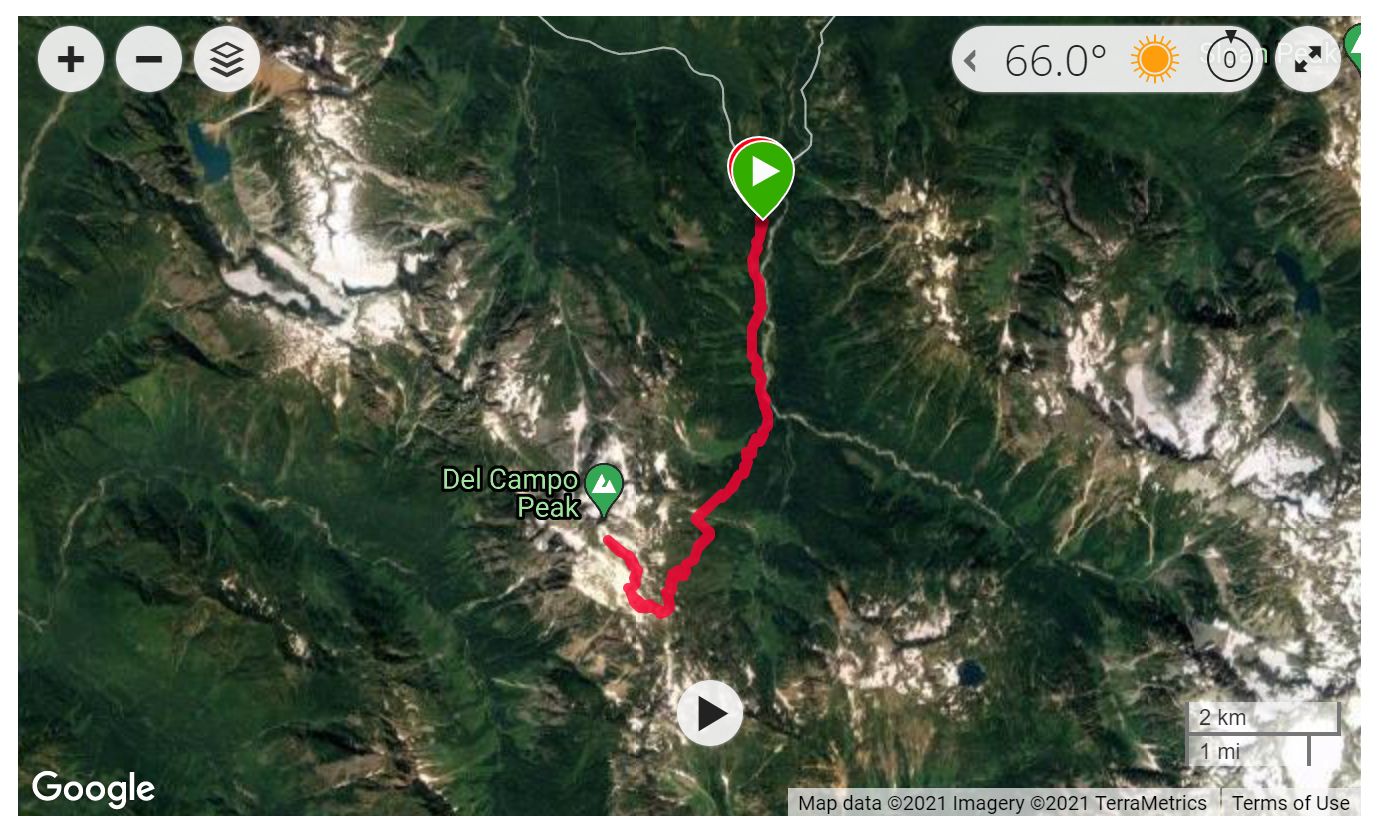