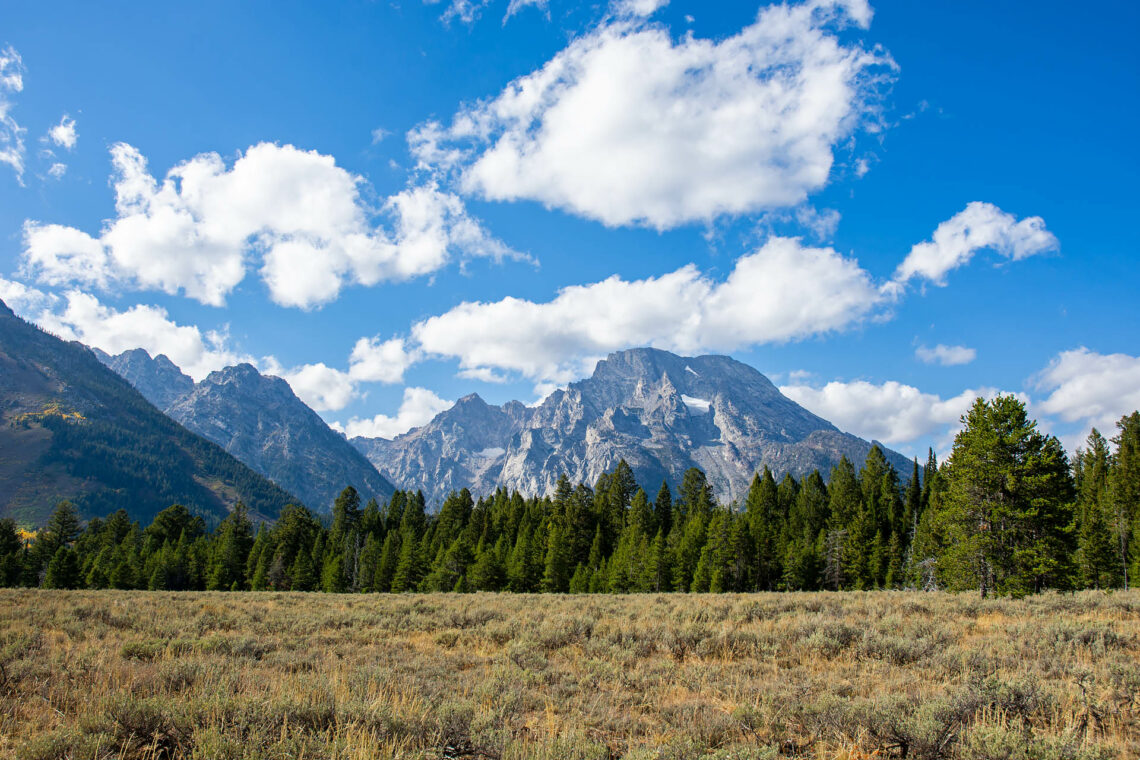 Just south of Yellowstone in northwest Wyoming, Grand Teton National Park is home to some of the most recognizable and geologically unique peaks in the Rockies. While the Teton Range contains some of the oldest rock in North America, it’s also one of the youngest mountain ranges on the continent. At their core, the Tetons are comprised of gneiss, a metamorphic rock that’s estimated to be roughly 2.7 billion years old1. The rock formed when two tectonic plates collided, similar to the formation of Asia’s Himalayas.

Remarkably, while its metamorphic core is surprisingly ancient, the mountain range is quite youthful in geologic time. The Tetons have been uplifting for less than 10 million years, making the mountains about 30 times younger than the 300 million-year-old Appalachians. Because of their young age, the Tetons have endured substantially less weathering and erosion than most other mountaintops across the continent (and globe). Consequently, the peaks have retained their exceedingly rough and wild silhouettes.

Unfortunately, our time in the Tetons was brief. En route to Durango, CO from Whitefish, MT, we split nine days between Yellowstone and Grand Teton National Parks. With five days planned in the Tetons, we were pumped to spend some serious time on the trails. Of those five days, however, we only ended up with three dedicated to some meaningful hiking. Our first day was impeded by a thick haze of suffocating smoke from the western U.S.’s historic wildfire season. Our second day was then thwarted by pounding storms, gusting winds, and even a smattering of hail. Within those first 48 hours, hikes to Hurricane Pass and Static Peak Divide went immediately out the window. That said, the intense front that moved through was actually a stroke of luck, helping to push out the pervasive haze. 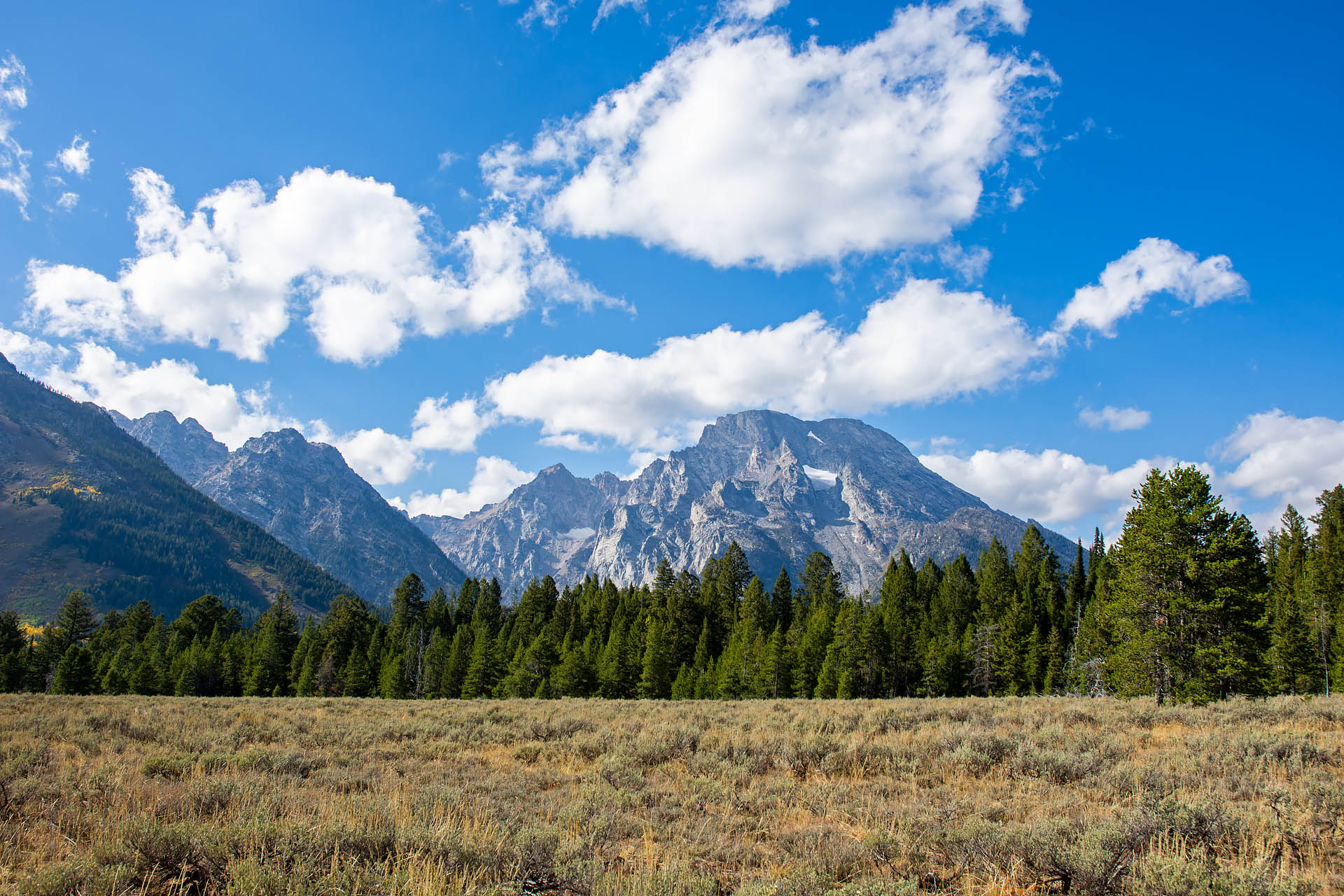 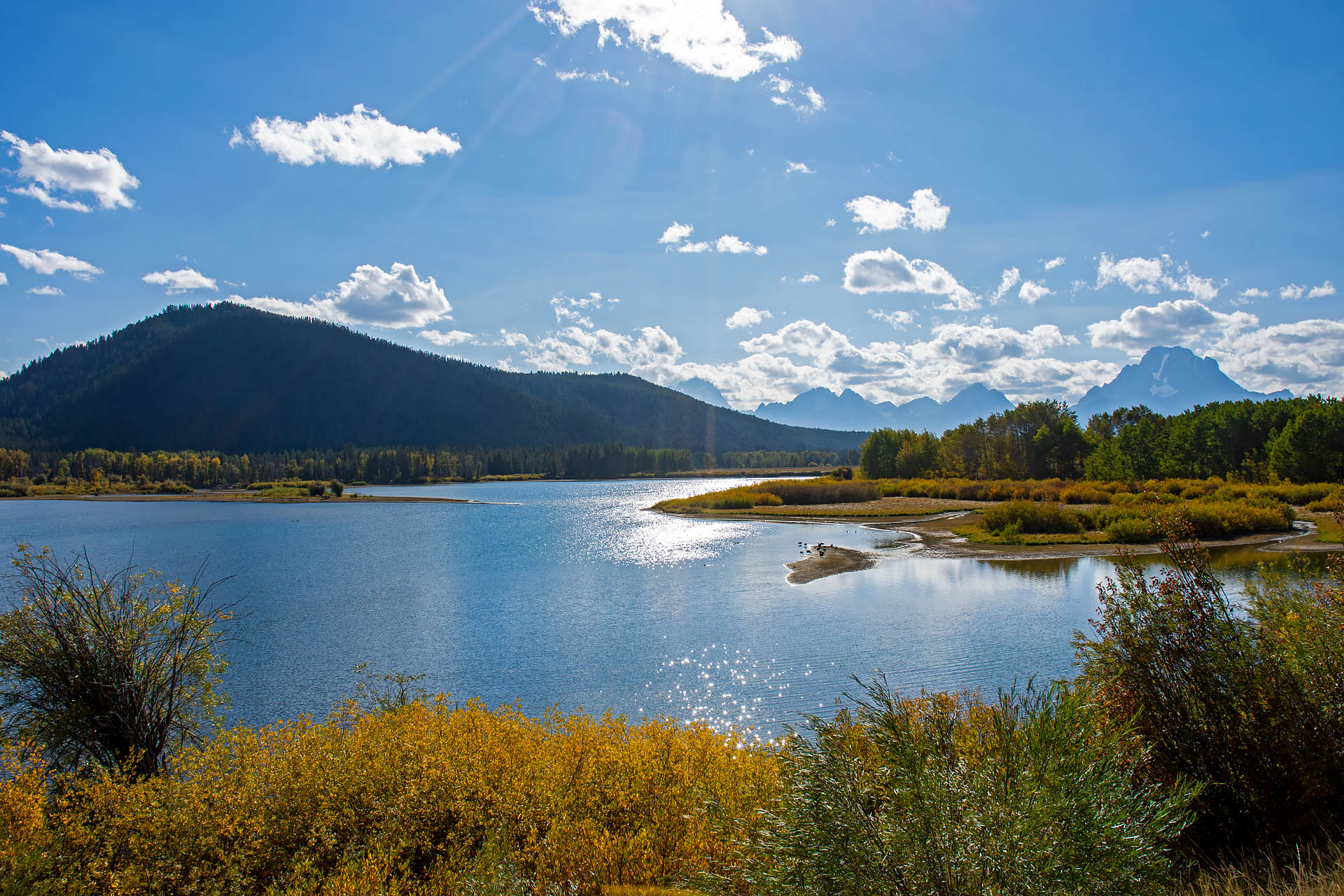 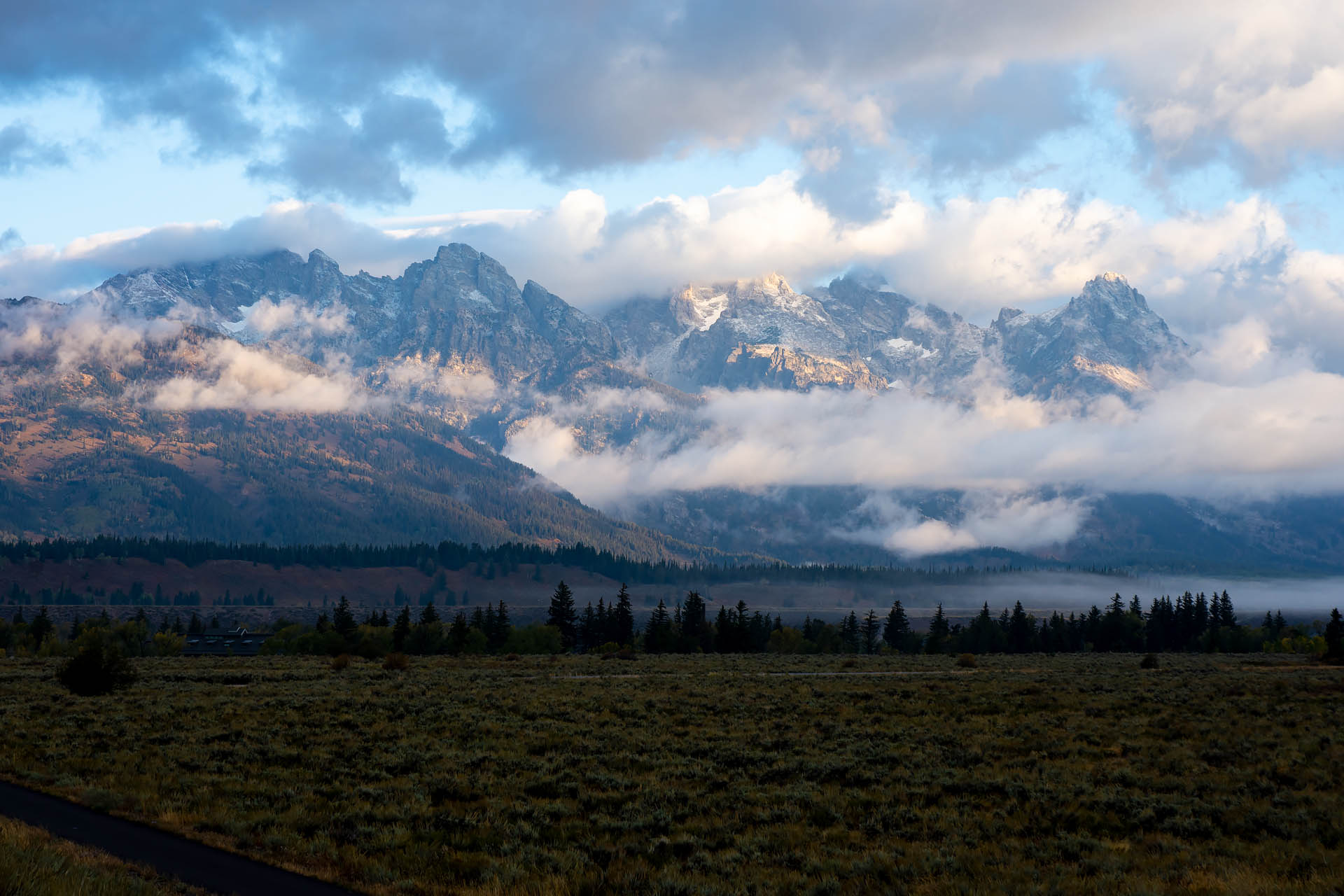 With three days left to hike, we opted for one longer hike within the national park and two just outside the park’s western boundary. Not wanting to exclude Sanchez from all the fun (cue the broken record ‘No Dogs in National Parks’), we settled on Alaska Basin in the Caribou-Targhee National Forest, and Table Mountain in the Jedediah Smith Wilderness. Our last day of hiking was spent exploring the national park’s Paintbrush Divide Loop. For more detailed information on specific trails, check out the links below:

An 18.6-mile loop with over 4,000 of vertical gain, Paintbrush Divide navigates a variety of alpine and subalpine scenery in the heart of Grand Teton National Park. The trail begins at String Lake and, hiking counterclockwise, traverses Paintbrush Canyon up to the blustery high pass of Paintbrush Divide (10,700’). The trail then drops down to Lake Solitude, meandering through Cascade Canyon before returning back to Jenny and String Lakes. 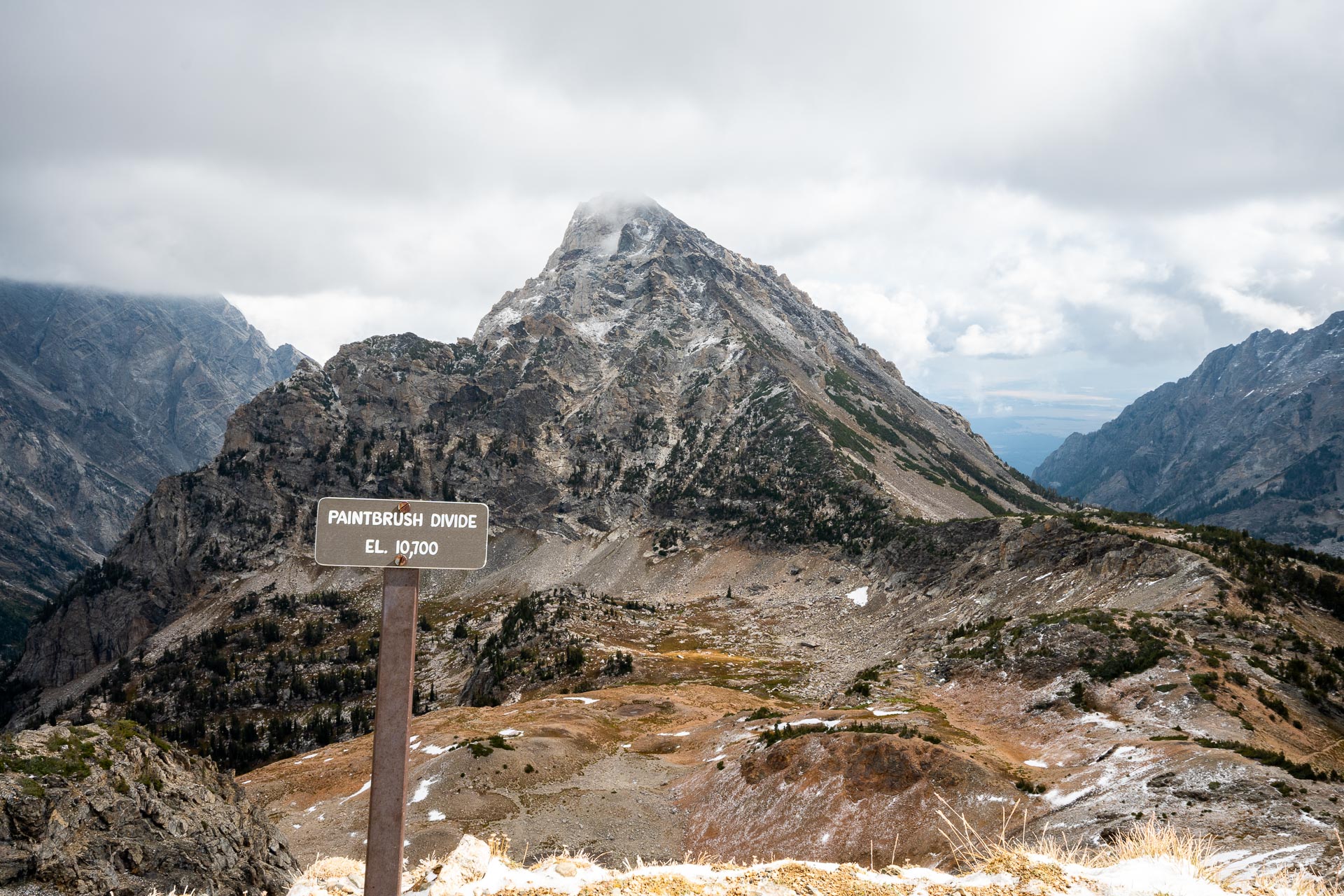 This 16.4-mile loop begins in Teton Canyon, just west of the national park. Climbing 4,000+ vertical feet, the trail (hiking counterclockwise) ascends Devil’s Staircase to Alaska Basin – a glacial basin whose rugged landscape is reminiscent of the Alaskan tundra. Alaska Basin can be hiked entirely outside the park boundary (dogs allowed), or can be used to cross into the national park along Hurricane Pass or Static Peak Divide for longer backpacking trips. In addition to a lovely hike through the canyon and alpine tarns, the trail offers sweeping views of The Wedge, Mt. Meek, and Buck Mountain. 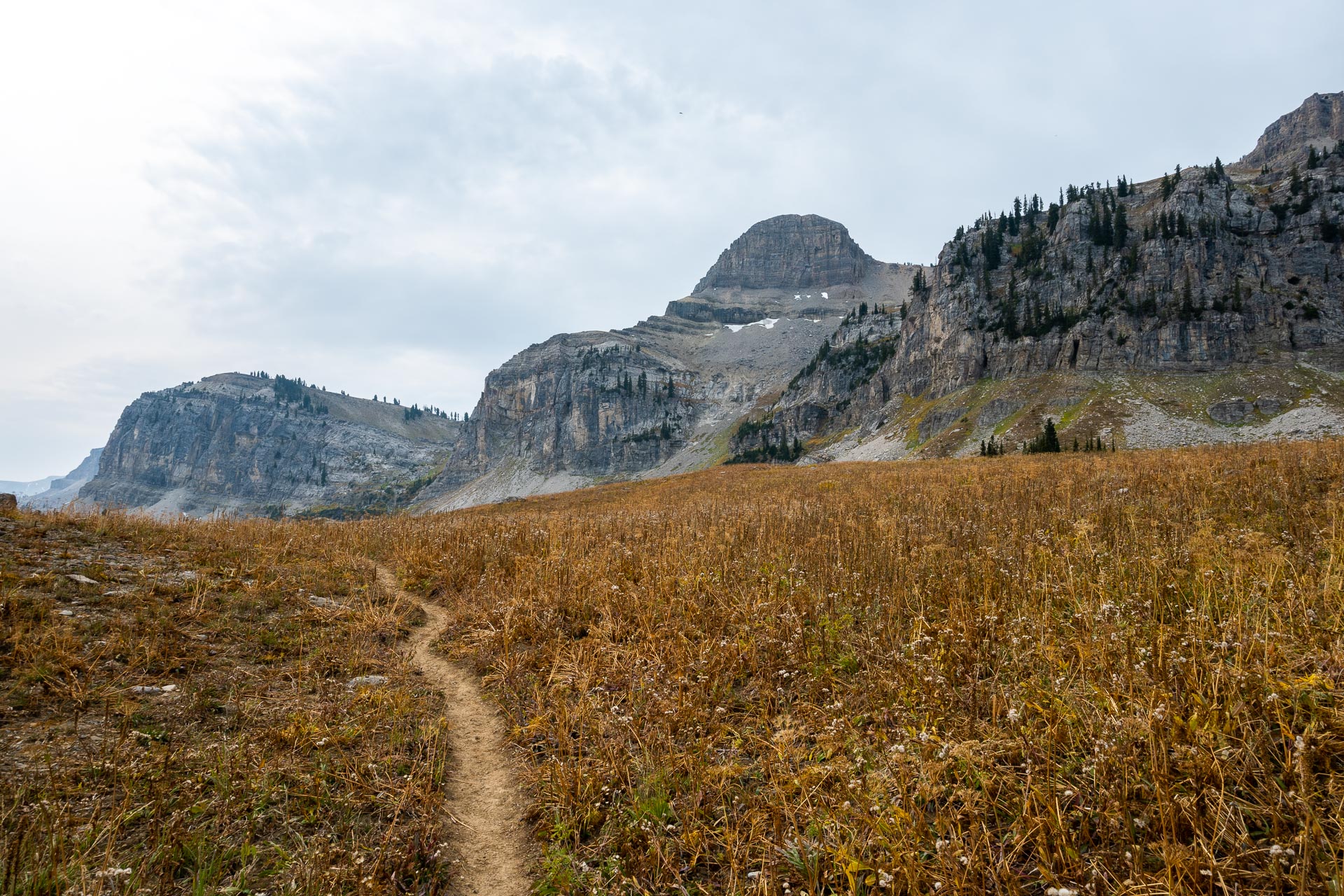 With breathtaking views of Grand Teton and the adjacent peaks of the Cathedral Group, Table Mountain is a high-reward hike. Two trails – Face and Huckleberry – lead to a subalpine meadow just below the summit, merging as they approach the peak’s pancake-flat crown. Table Mountain (11,106’) can be hiked as a 10.5-mile loop, with the recommended route ascending the steeper Face Trail and descending via the more gradual Huckleberry Trail. For those who are confident descending steeper routes, an out-and-back via the Face Trail (#029/#024) clocks in around 7.6 miles, while a longer but significantly more gradual out-and-back on the Huckleberry (#023/#024) is about 12.8 miles. 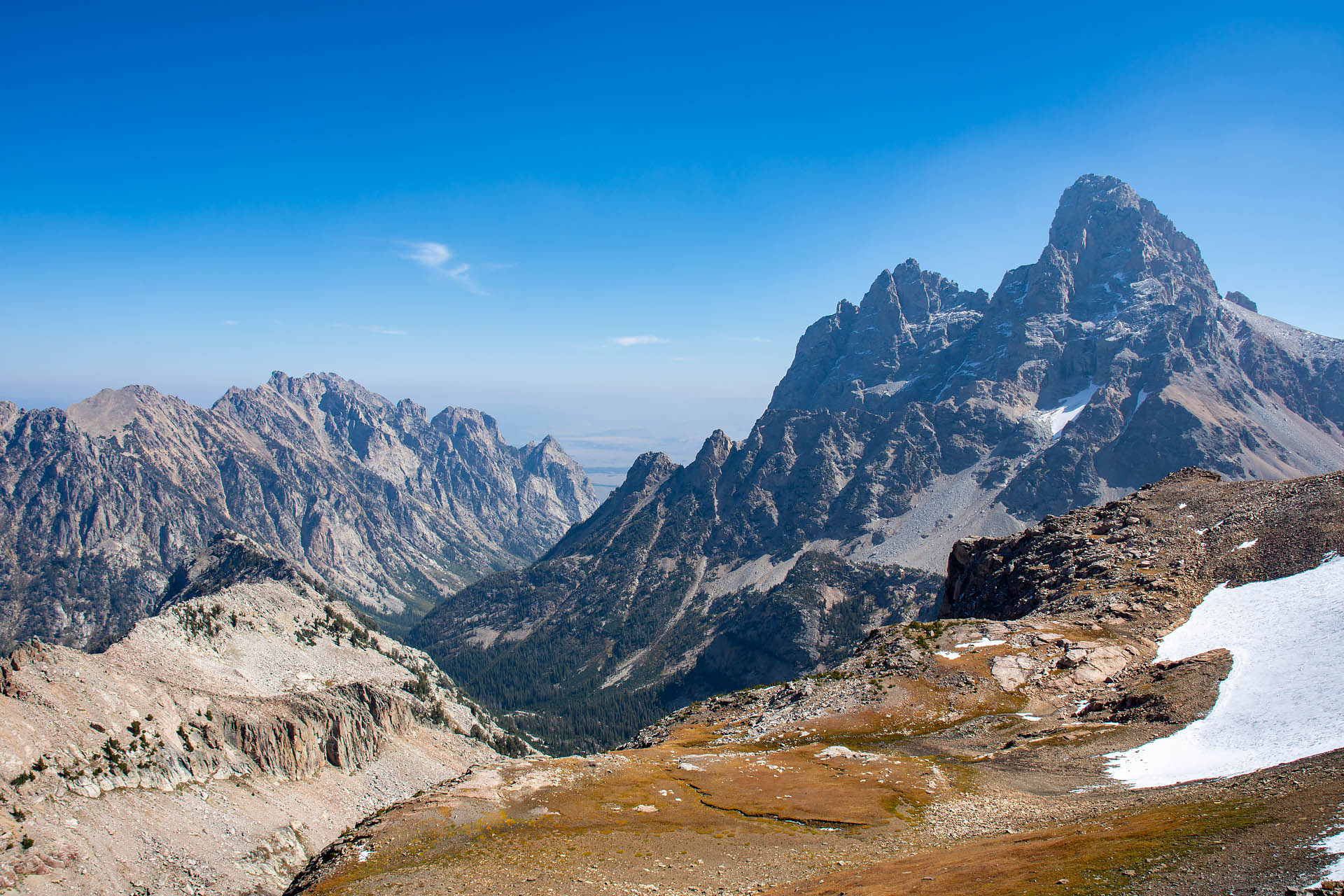 While we were quite taken with Grand Teton’s rugged beauty, a return trip will certainly be in our future. After being smoked out and washed out on consecutive days, three days of hiking was definitely not enough. Next time we’d probably also splurge to stay a bit closer to the park to take in some sunrises, sunsets, and additional wildlife viewing – although we’d still take a pass on tourist-heavy Jackson. The biggest pitfall to staying an hour and a half away was habitually missing the best light of day. And with the mountain range running North-South, the early morning light on those peaks on a clear day is sure to be spectacular. 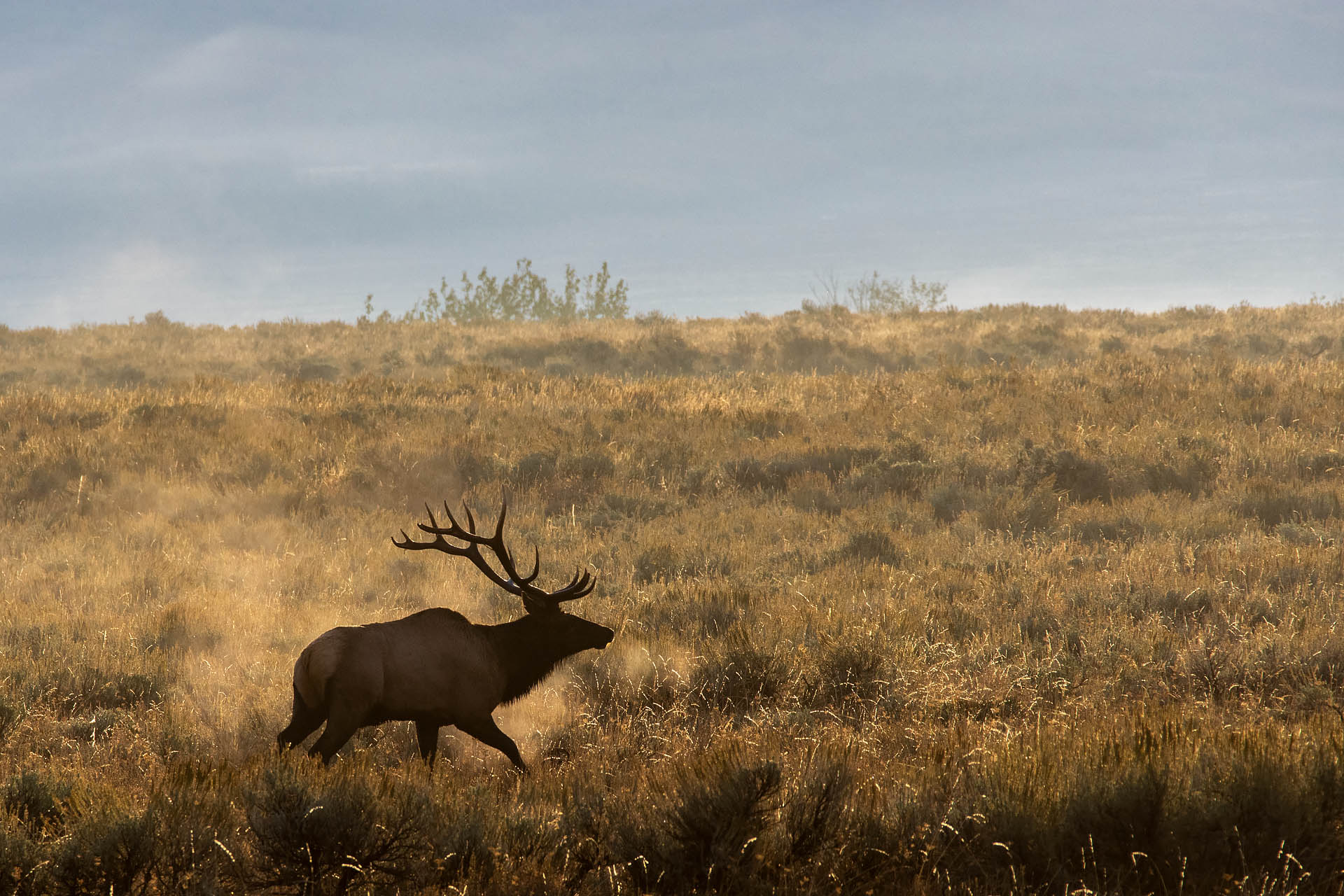 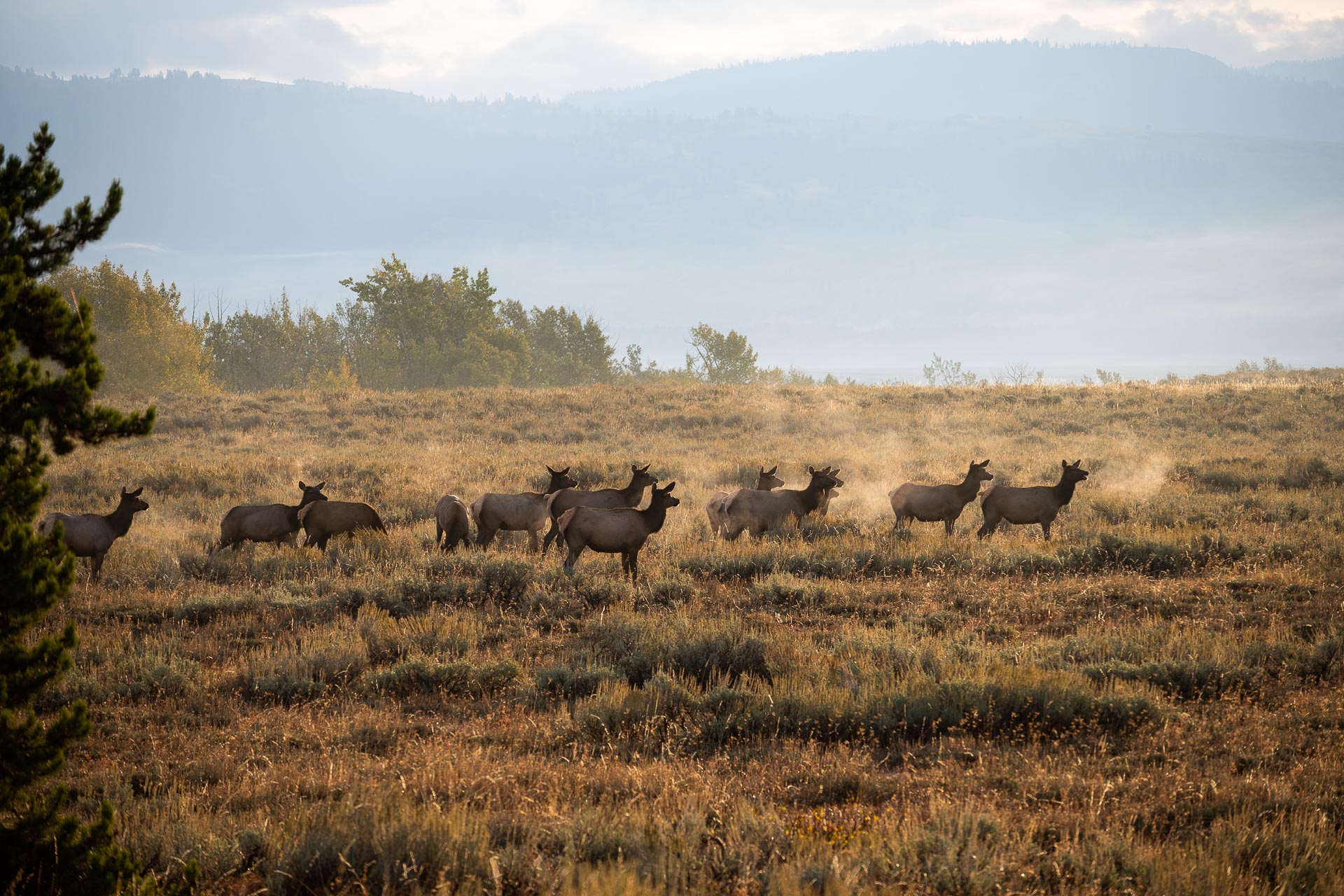