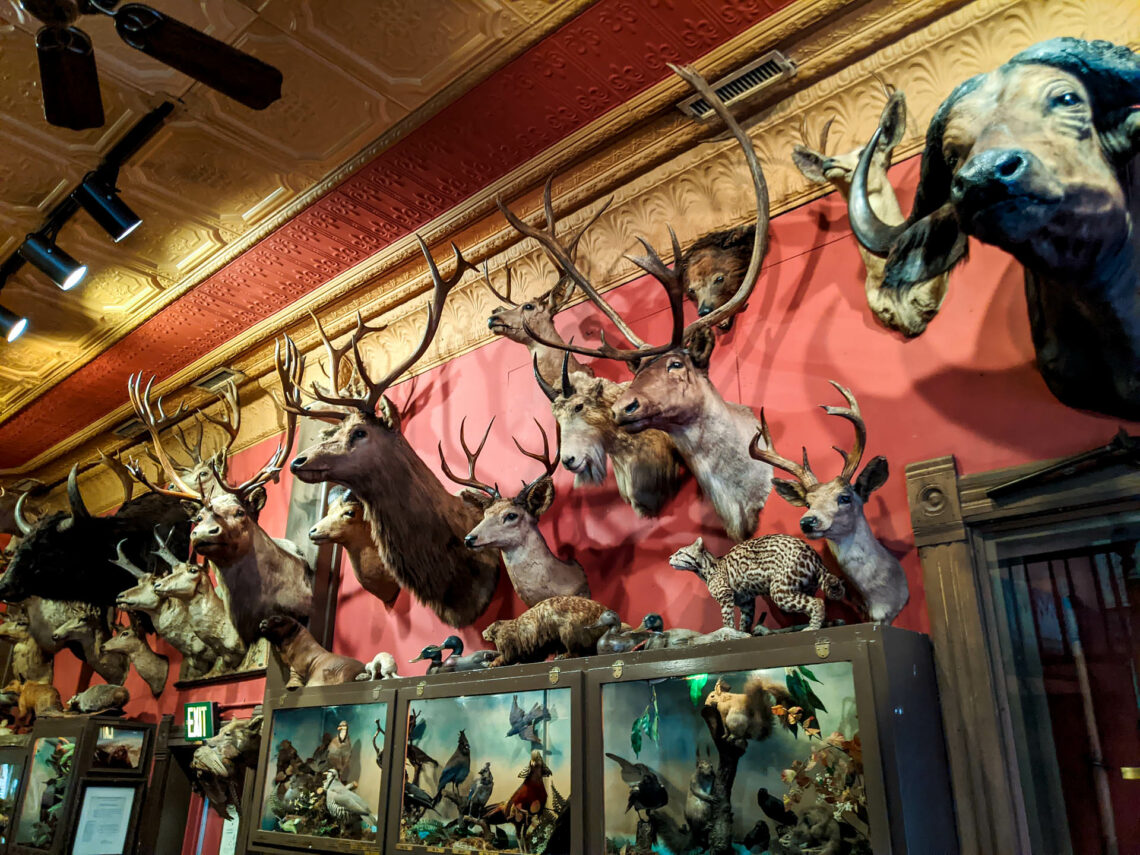 On our way to Durango from Grand Teton National Park, we decided to make a slight, six-hour detour to Denver to see my lifelong friend and her family. Shamefully, I hadn’t seen them in a couple of years and, of course, we hadn’t really seen any humans since the start of the coronavirus pandemic.

Our time in Denver also corresponded with Sanchez’s sixth ‘birthday.’ Although we don’t know the exact date she was born – she was dumped at Elephant Nature Park as a puppy with her mom and four siblings – we do know that sometime in September is a reasonable estimate. Wanting to give her a proper regional celebration this year while we were on the road, we opted for a famed local delicacy from Denver’s oldest restaurant.

Located in Lincoln Park, Denver’s oldest neighborhood, the Buckhorn Exchange first opened its doors in 1893. To say that the original owner, Henry Zietz, lived a colorful life would be a wild understatement. He was friends with the likes of Buffalo Bill and Chief Sitting Bull, and was even asked to be Teddy Roosevelt’s hunting partner after the President dined at the Buckhorn in 1905. One story even recounts the nephew of Sitting Bull, Zietz’ lifelong friend, parading the streets of Denver with his fellow Sioux warriors in full ceremonial dress to present Zietz with General George Custer’s sword from his last stand at the Battle of Little Bighorn. 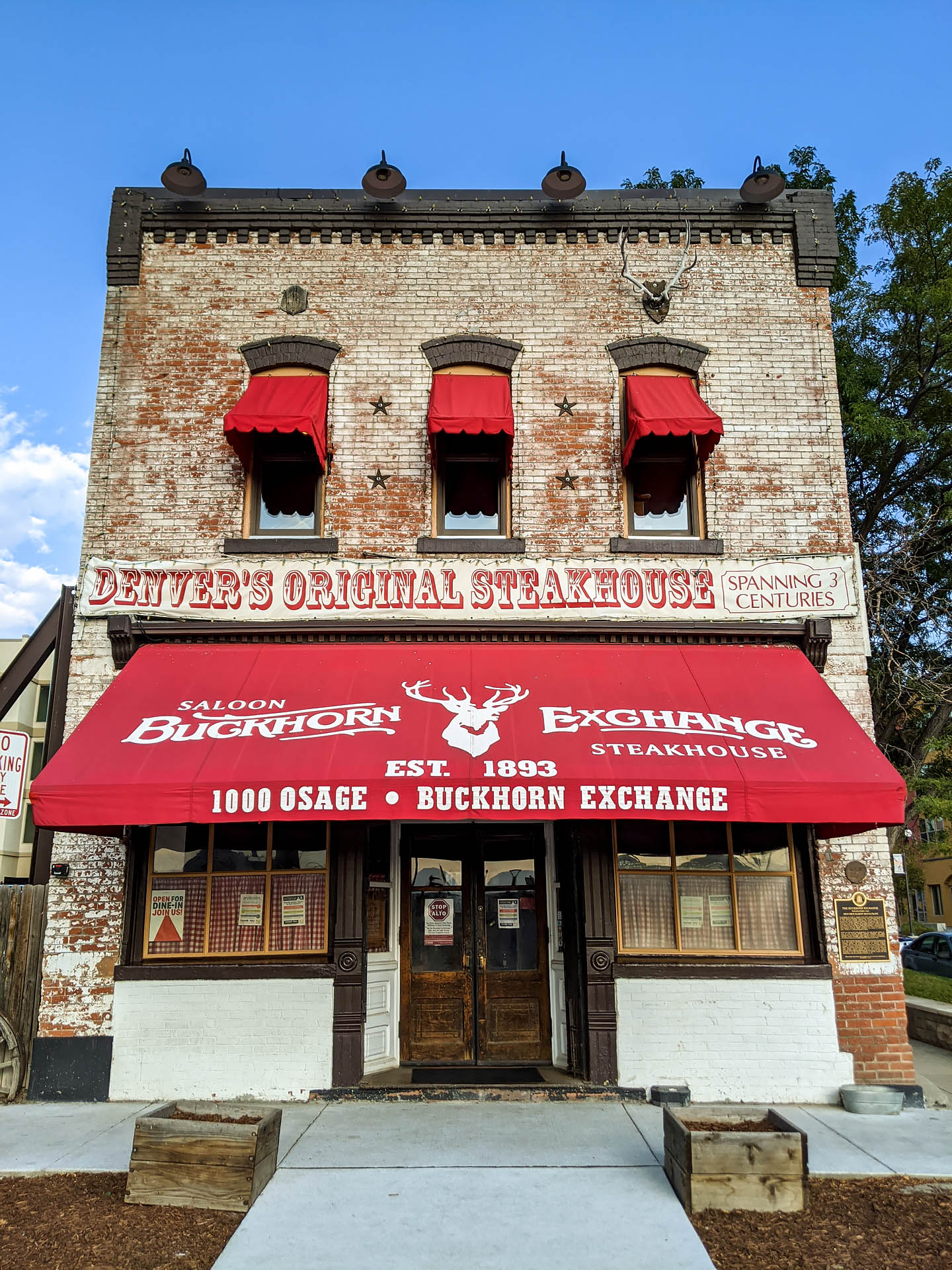 A keen entrepreneur, Zietz drummed up business in the restaurant’s early years by offering local railroad workers a token for a free lunch and beer on Fridays after they were paid. He correctly assumed that one beer might lead to another after a long week’s work. The restaurant even managed to survive Prohibition, with Zietz converting the front of the building into a grocery to conceal the eatery and saloon. According to legends, the Buckhorn was equipped with hidden passageways for patrons to escape police raids as well as hollowed-out bannisters and bread loafs for hiding and selling bootleg whiskey.

Today, the Buckhorn Exchange still serves up some of the original menu items, including unusual game dishes and the region’s infamous Rocky Mountain oysters. Importantly, the restaurant is also a registered historic landmark and informal museum housing hundreds of relics from America’s Old West. The walls of the Buckhorn are covered with more than 500 trophy mounts, some shot by President Roosevelt himself, and dozens of historic photographs from the Wild West and of the Buckhorn’s famous patrons. Antique firearms are displayed in glass cases throughout the restaurant, and everywhere you look there is some piece of unique memorabilia with a special story. As a vegan and devout animal lover, I can’t say I loved the overall theme of the restaurant, although I do appreciate its distinctive place in both American and Coloradoan history. 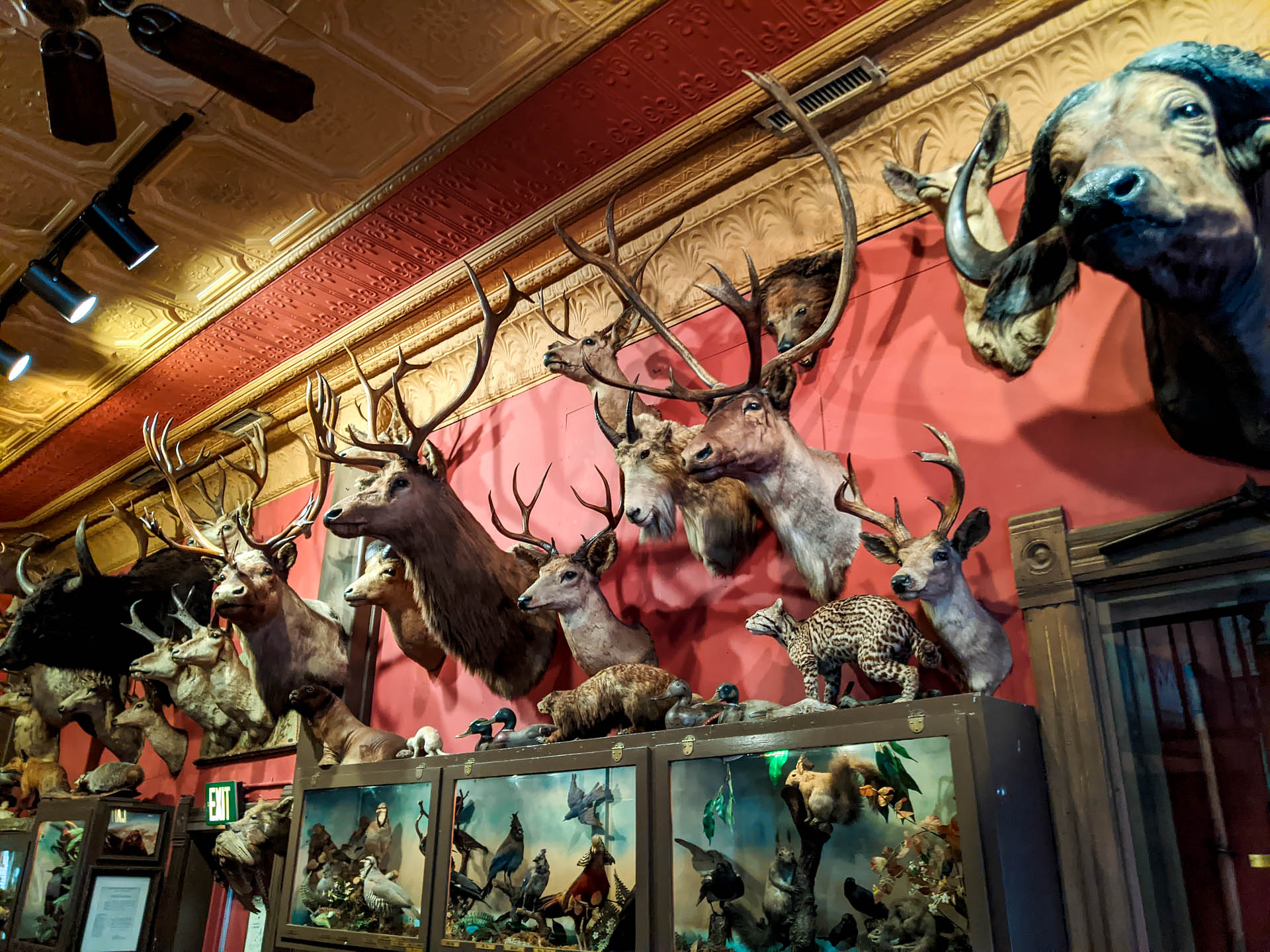 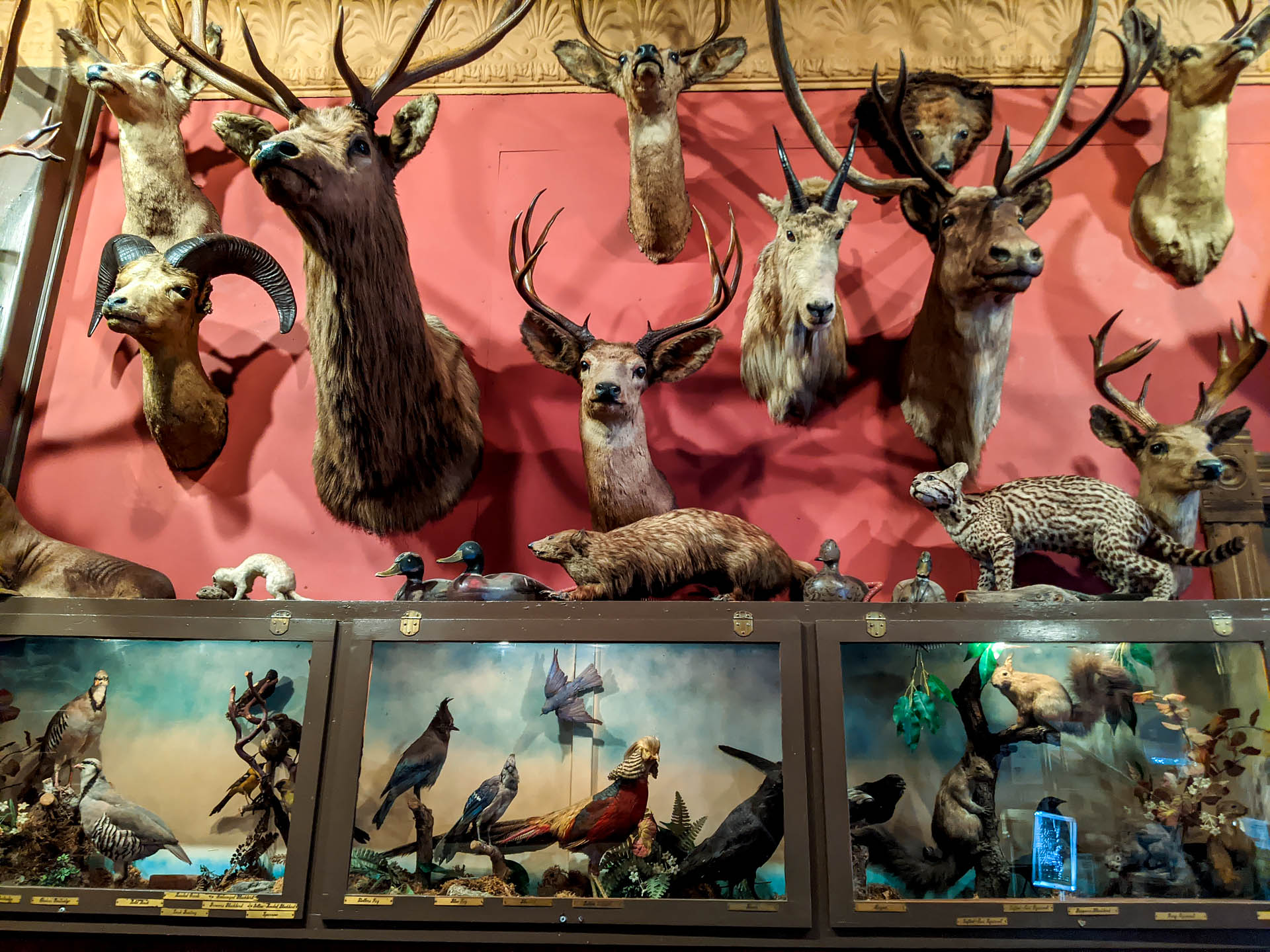 Wanting to honor the restaurant’s and region’s legacy, we just had to get Sanchez a (COVID-safe) carry-out order of the Rocky Mountain oysters for her special day. Because really, what’s a visit to the American frontier without a side of fried bull testicles? As expected, she was really impressed. Stephan was bold enough to sample the traditional dish, declaring that the meat wasn’t super flavorful overall (save for the lightly-fried batter dipping sauces), but also that it wasn’t as off-putting as it sounds. 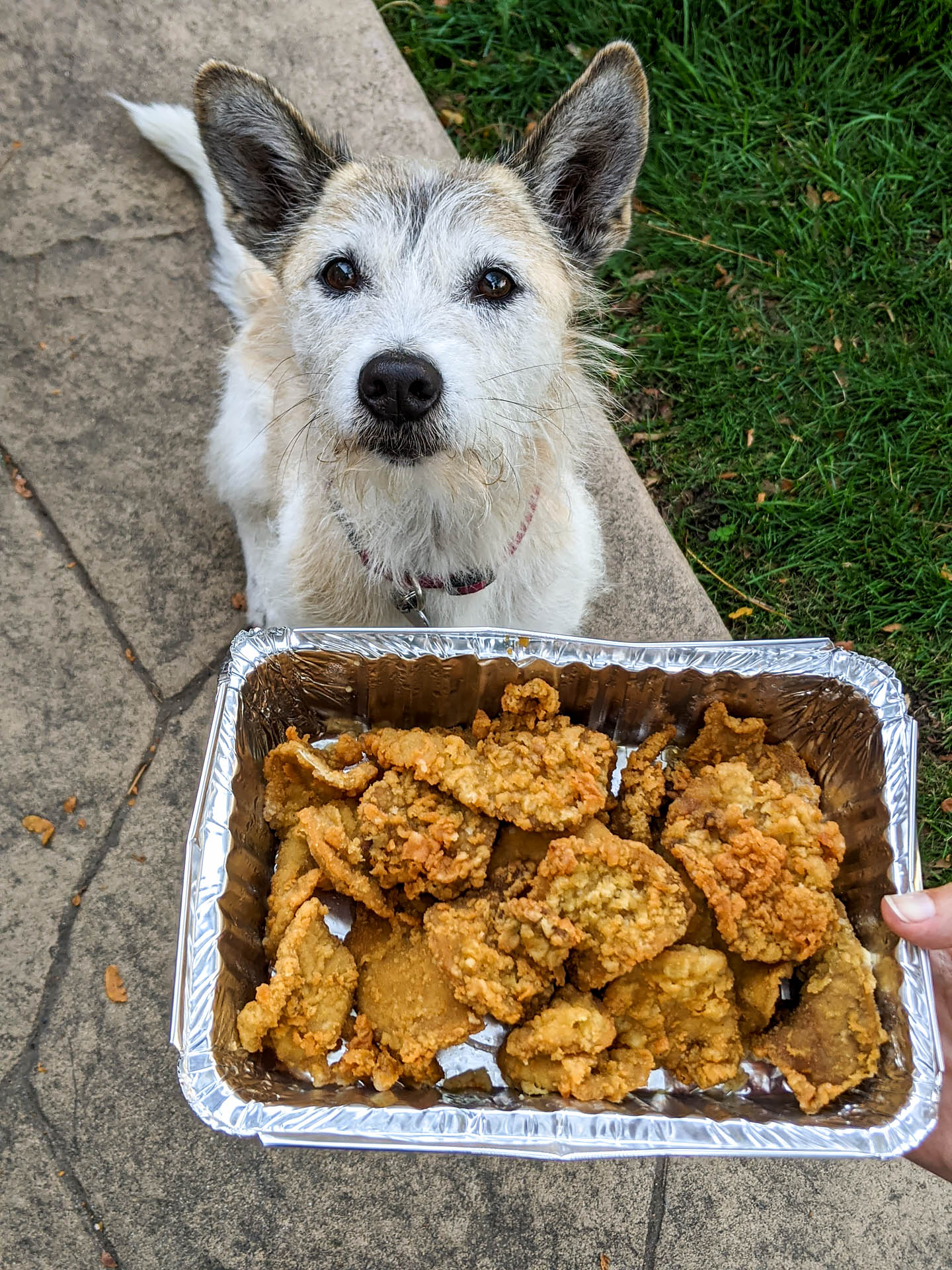 Other than checking out the Buckhorn exchange, we pretty much just spent some quality time with our wonderful friends. I was even able to commission some killer family portraits while we were there. The likenesses were uncanny, particularly Stephan’s crazy pandemic hair, and were captured perfectly with the artist’s medium of choice – green highlighter. Even though our visit in Denver was brief, it was so good to see some of my favorite faces again, especially after being around virtually no other humans for over seven months. Thanks for the visit guys, and for allowing us to bring Sanchez’s ‘oysters’ to the picnic table. We miss you already! 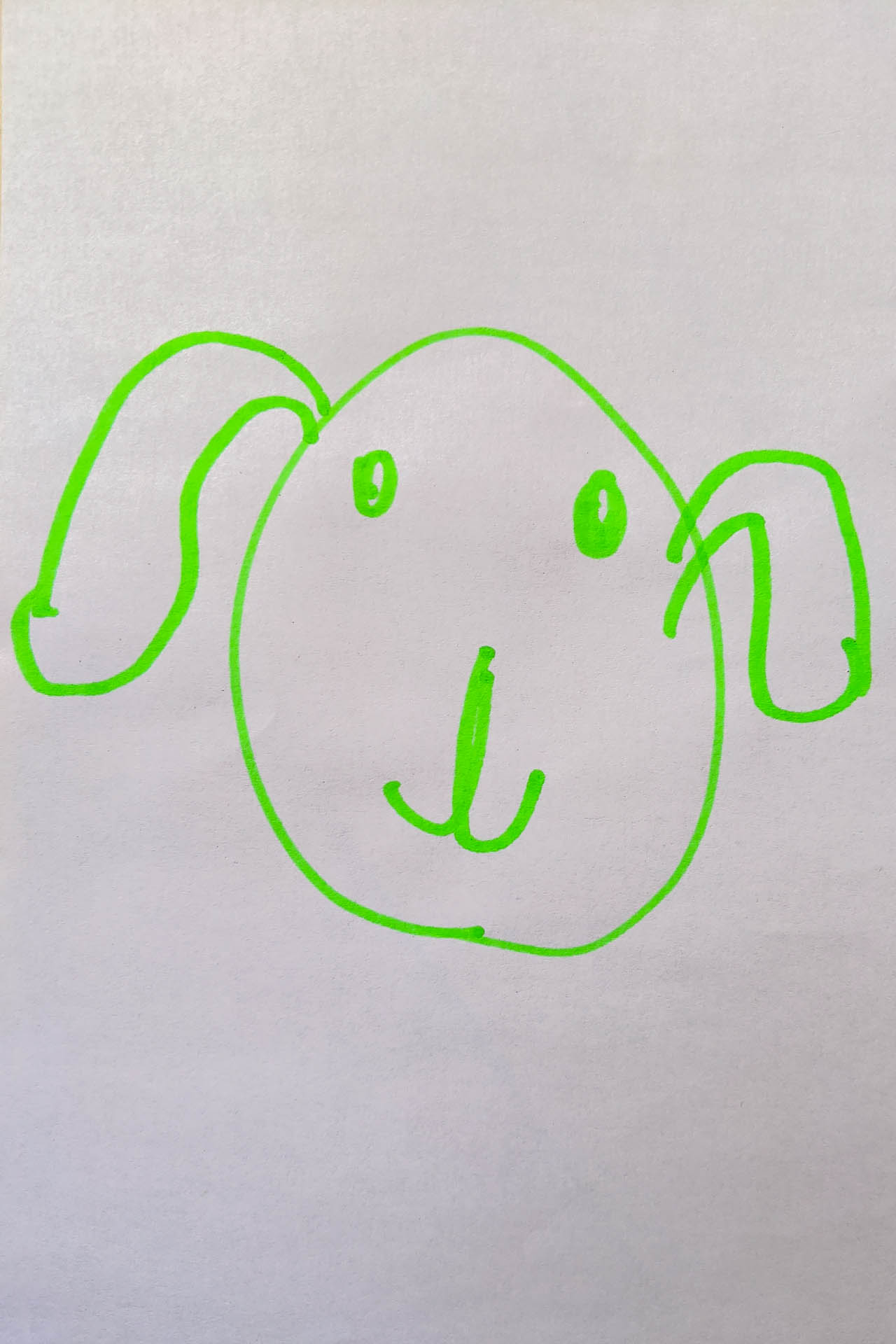 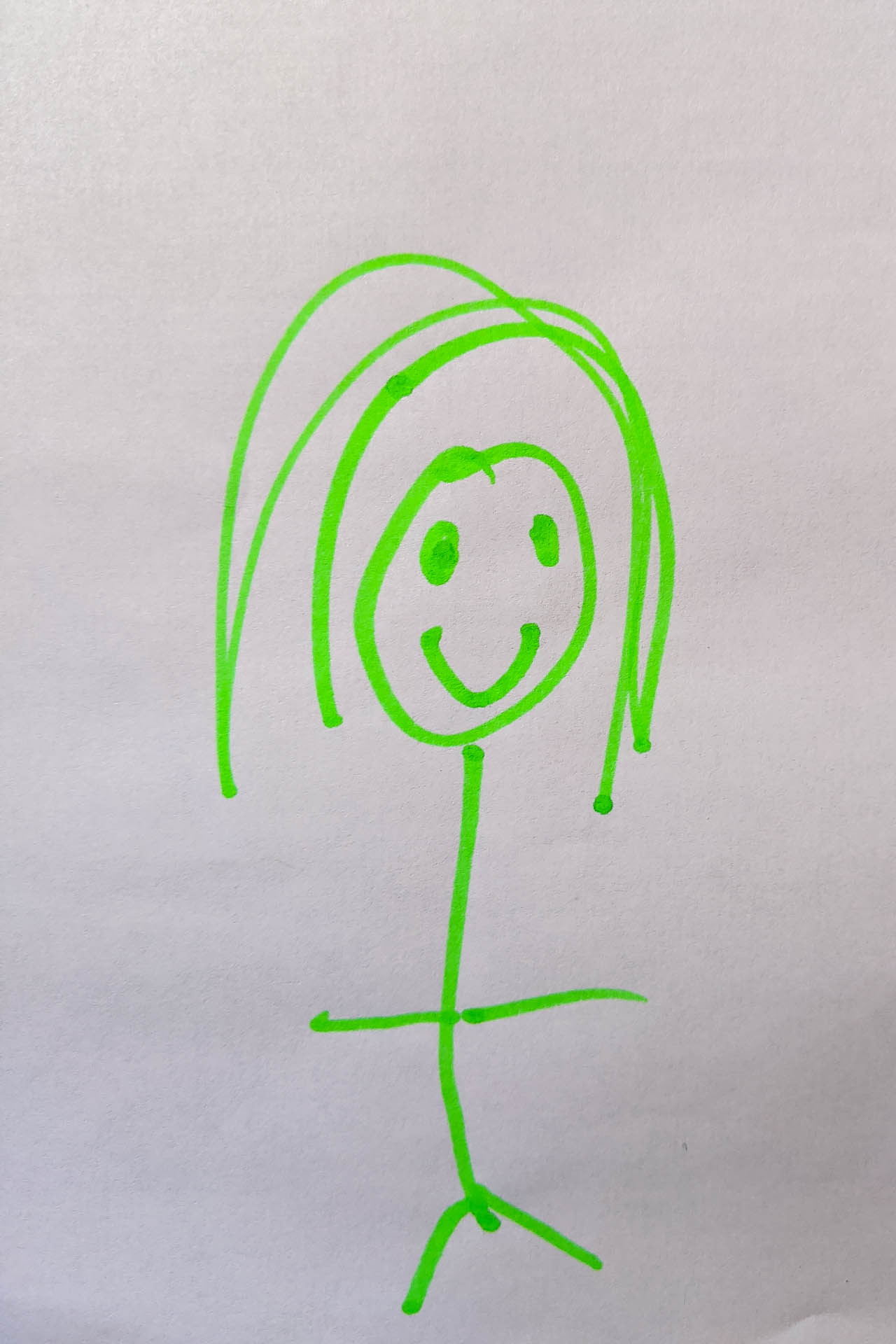 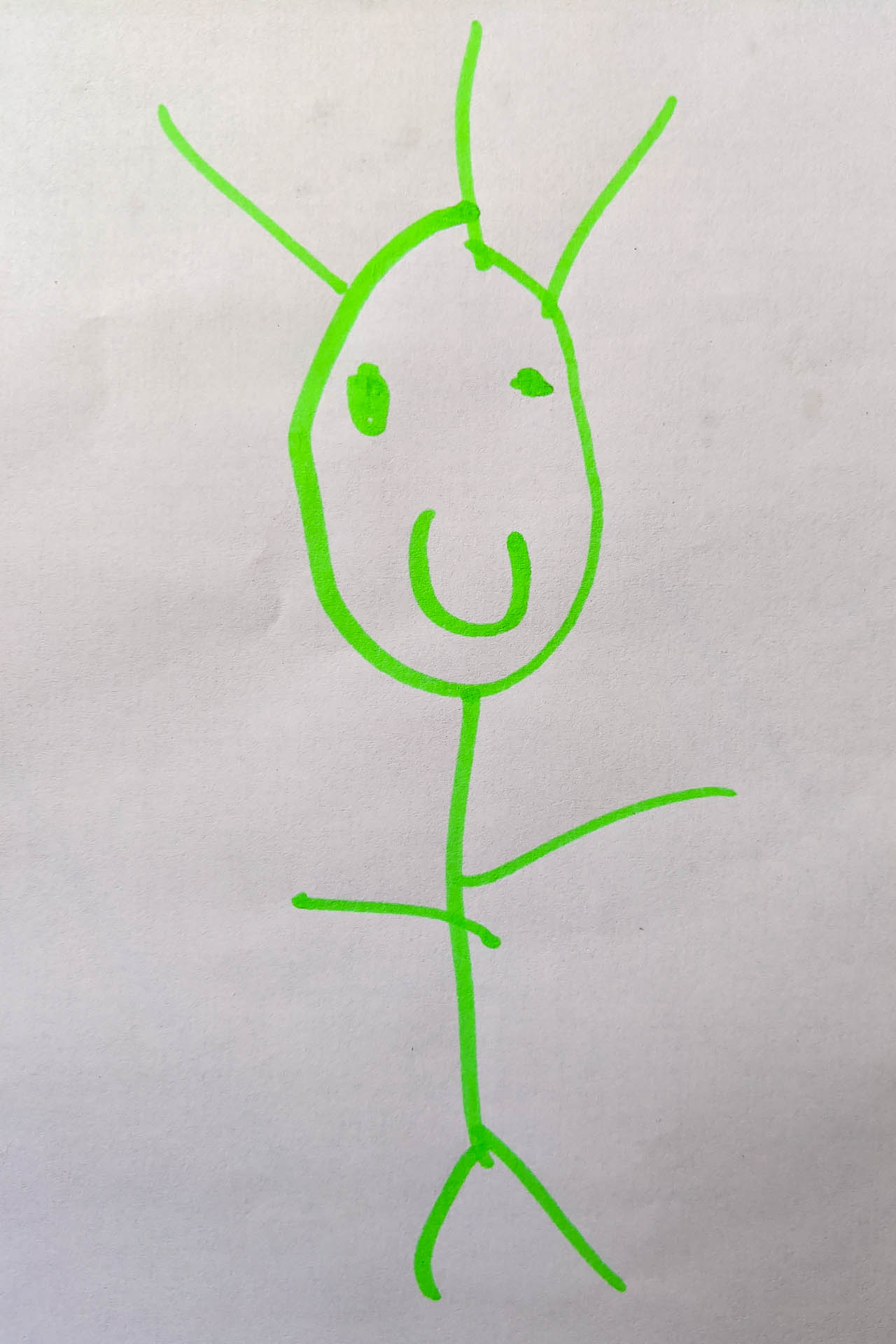 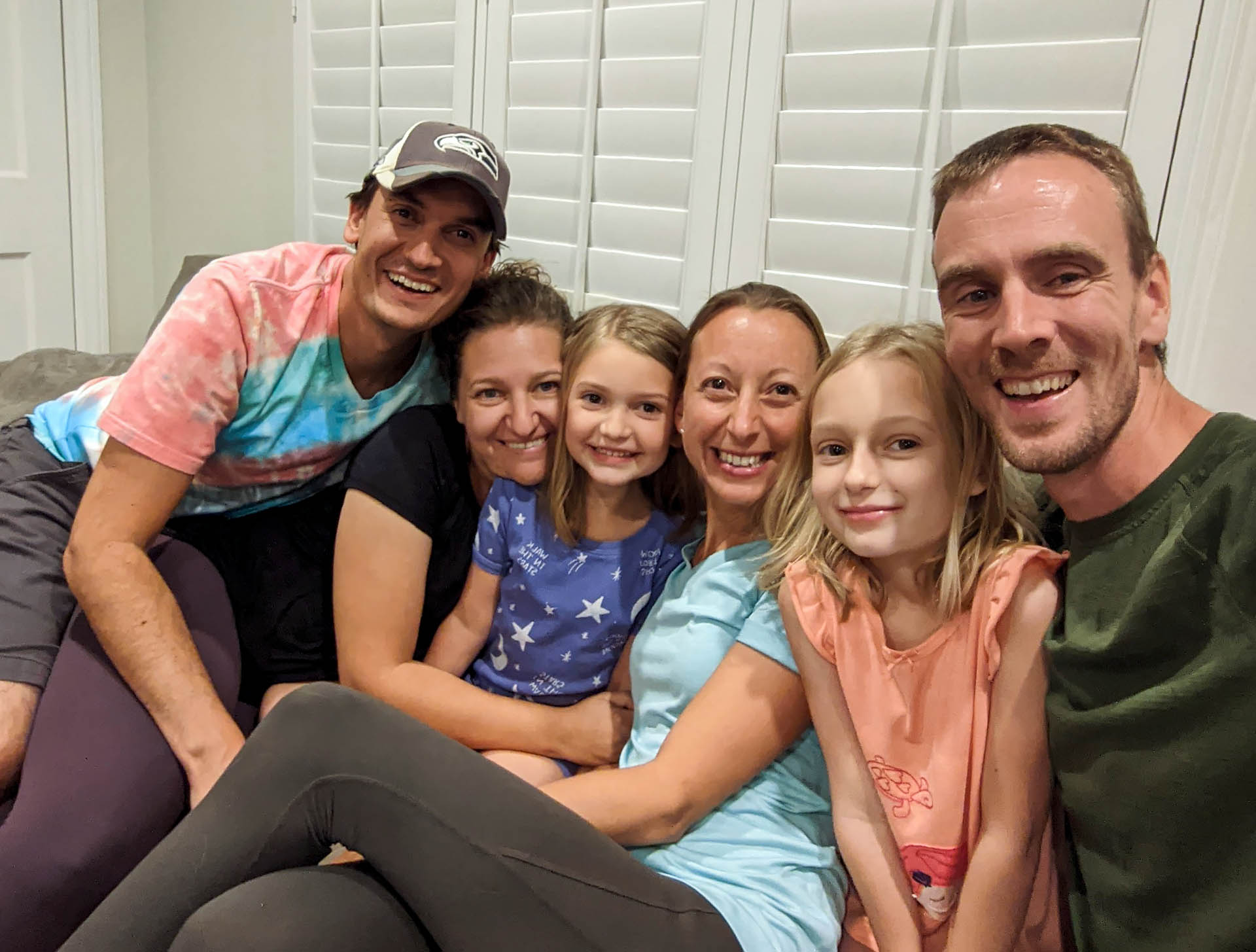 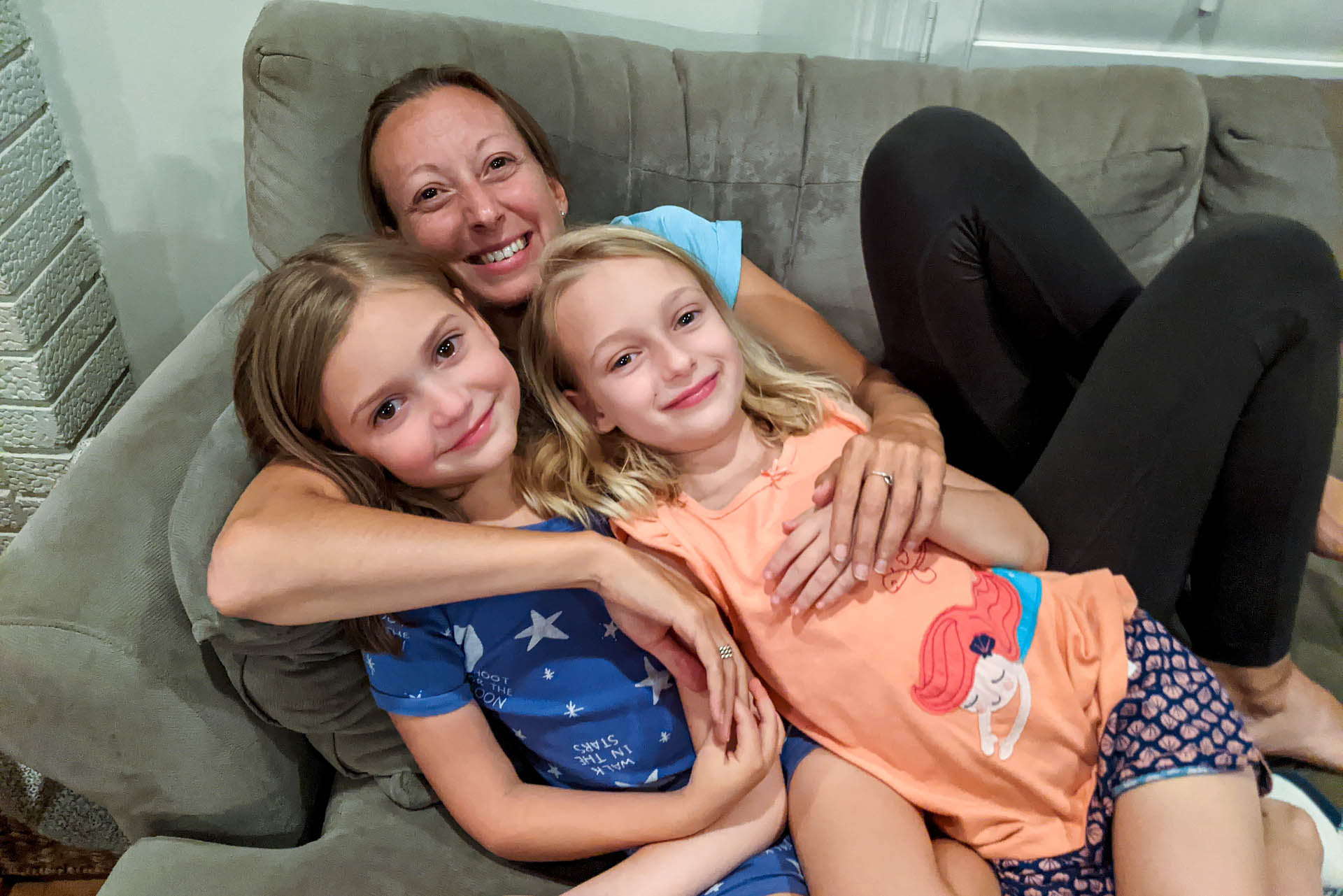 Follow-up: Once we arrived in Durango and again had a kitchen, Sanchez was also treated to a more traditional birthday cake! It was her favorite peanut butter and chickpea base, but this time topped with a huckleberry yogurt frosting using the last of the frozen huckleberries from our Montanan summer. It was a few days belated, but she was super excited about her second special celebration! 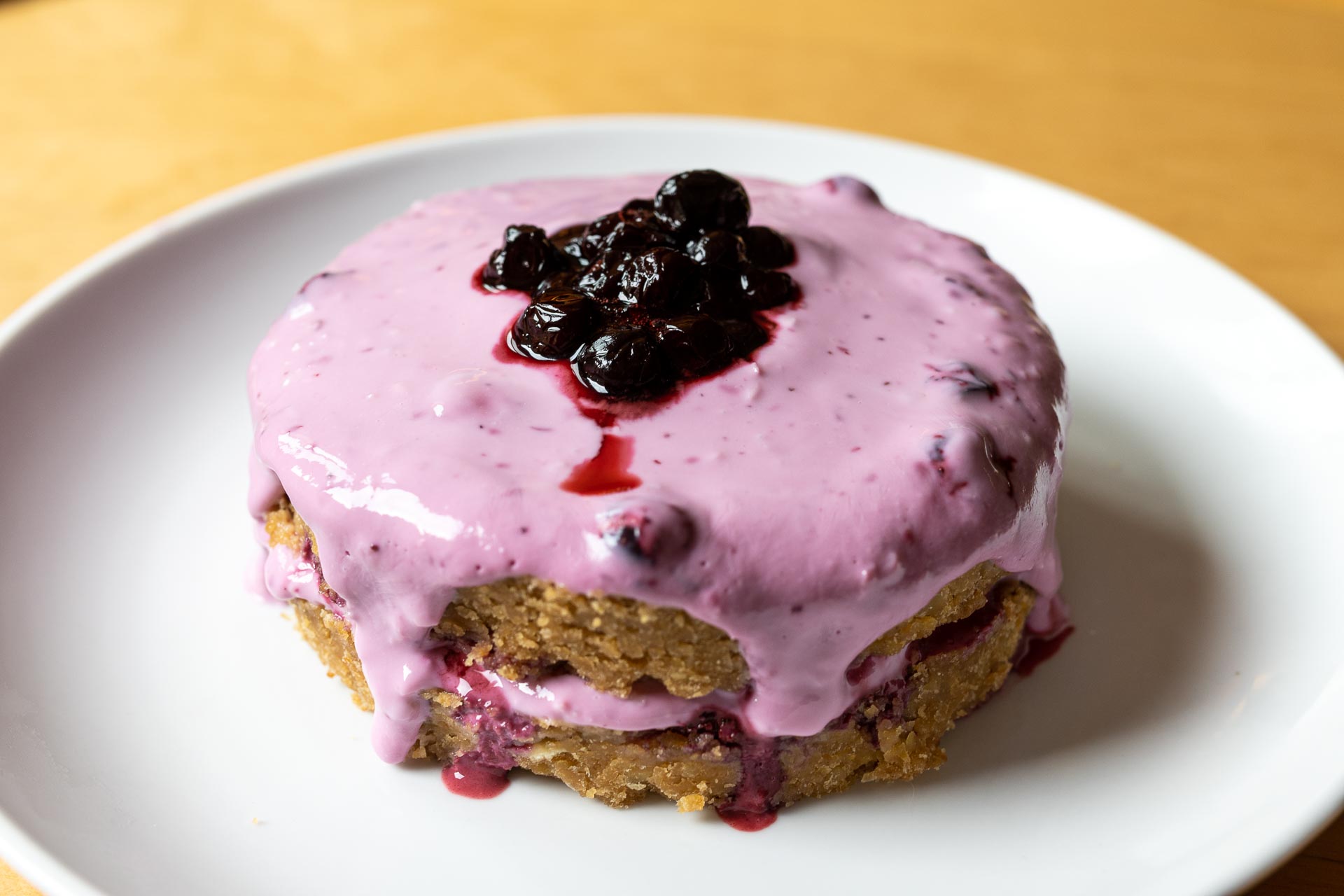 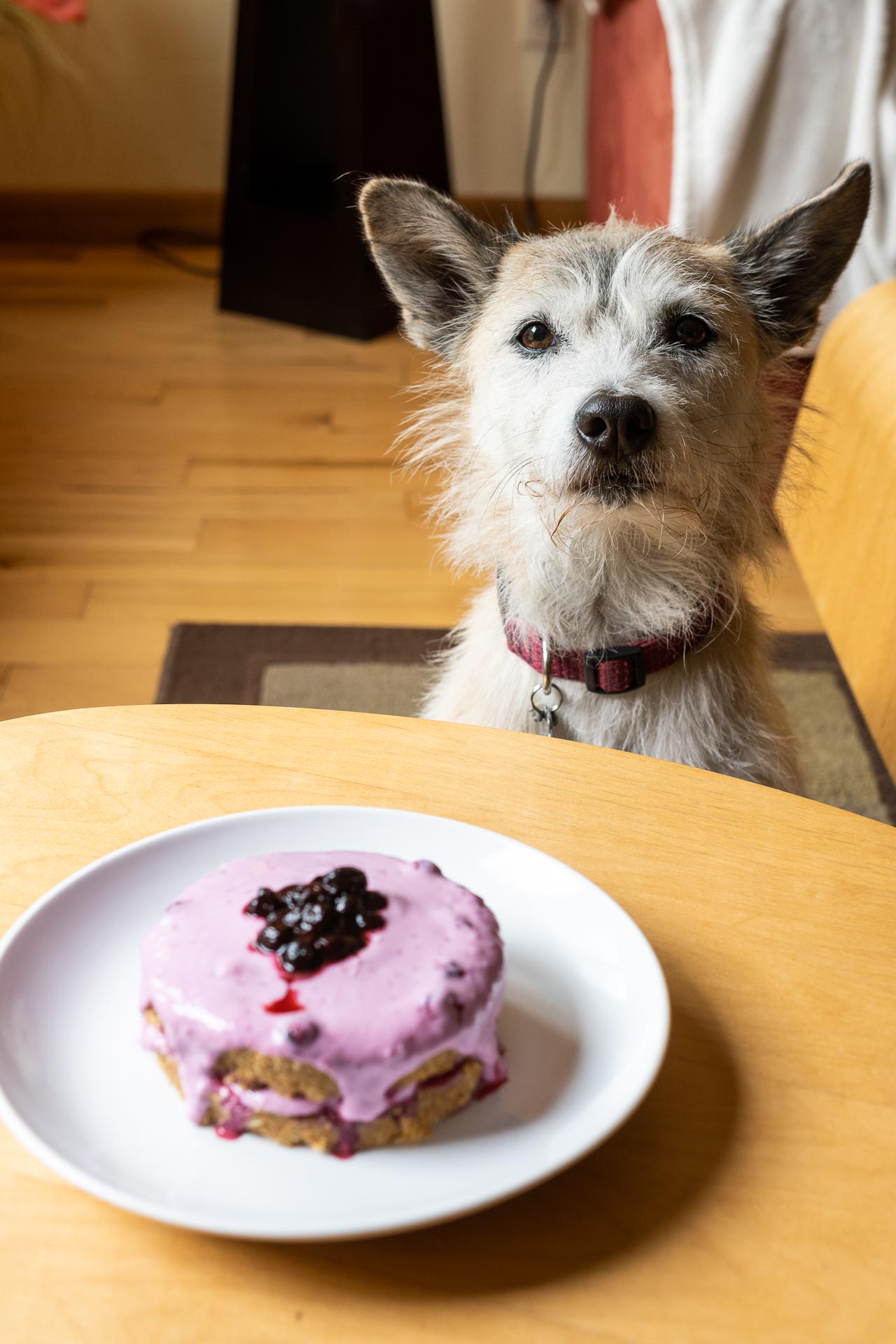