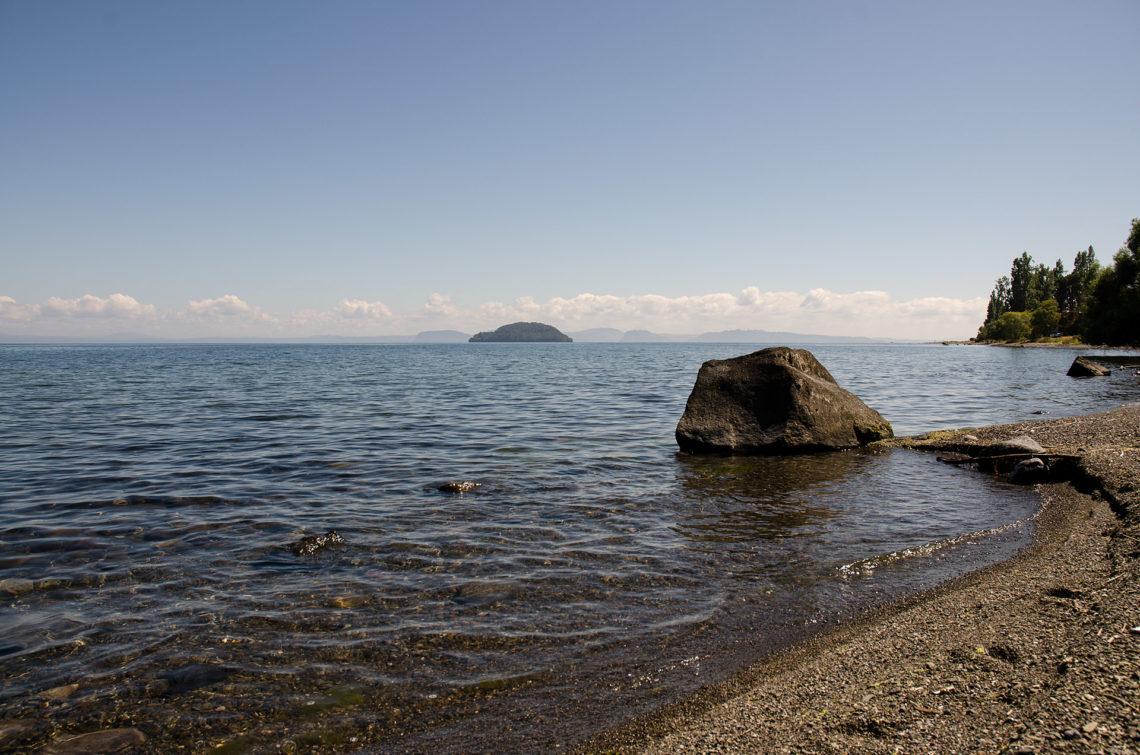 After spending only a few days on the North Island, and having completed our Tongariro Alpine Crossing sooner than we really expected (due to the gorgeous weather), we were left kind of adrift with our plans for the rest of the island. We had pinpointed a few potential locales, but weren’t sure which ones we’d end up visiting (depending on weather, time, driving fatigue, etc.).

We headed north out of Tongariro National Park and navigated around the eastern shores of Lake Taupo. Although it’s touted as the most visited site in New Zealand, we actually didn’t have a lot of interest in spending extended time at the lake; there were just other places that outranked it for us. We did make a brief stop, though, along Taupo’s shores for a snack and driving break. While we enjoyed the modest beauty of New Zealand’s largest lake, we found the geological history more interesting. Lake Taupo is a crater lake, formed during the Oruanui eruption some 26,500 years ago when the crater of Taupo Volcano collapsed inward, simultaneously piling ignimbrite (pumice and ash) debris up to 200 meters (656 feet) deep. Taupo most recently erupted roughly 1,800 years ago (Taupo eruption) with one of the most powerful pyroclastic explosions in the last 5,000 years. Incredibly, Taupo’s waters temporarily rose 34 meters (112 feet) above the normal level during the eruption, causing catastrophic flooding. Moreover, the ash plume that was ejected rose some 50 kilometers (31 miles) into the air. 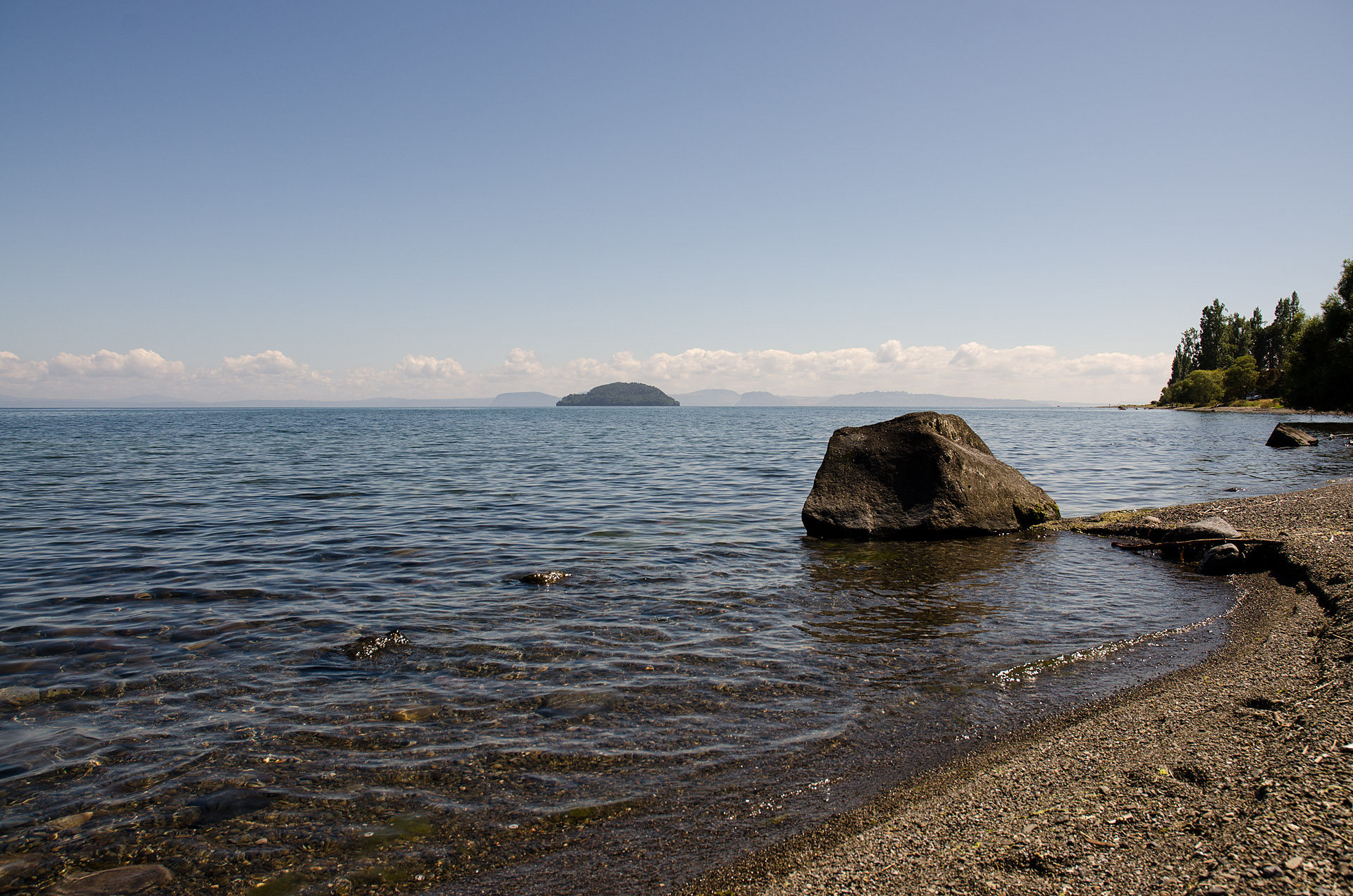 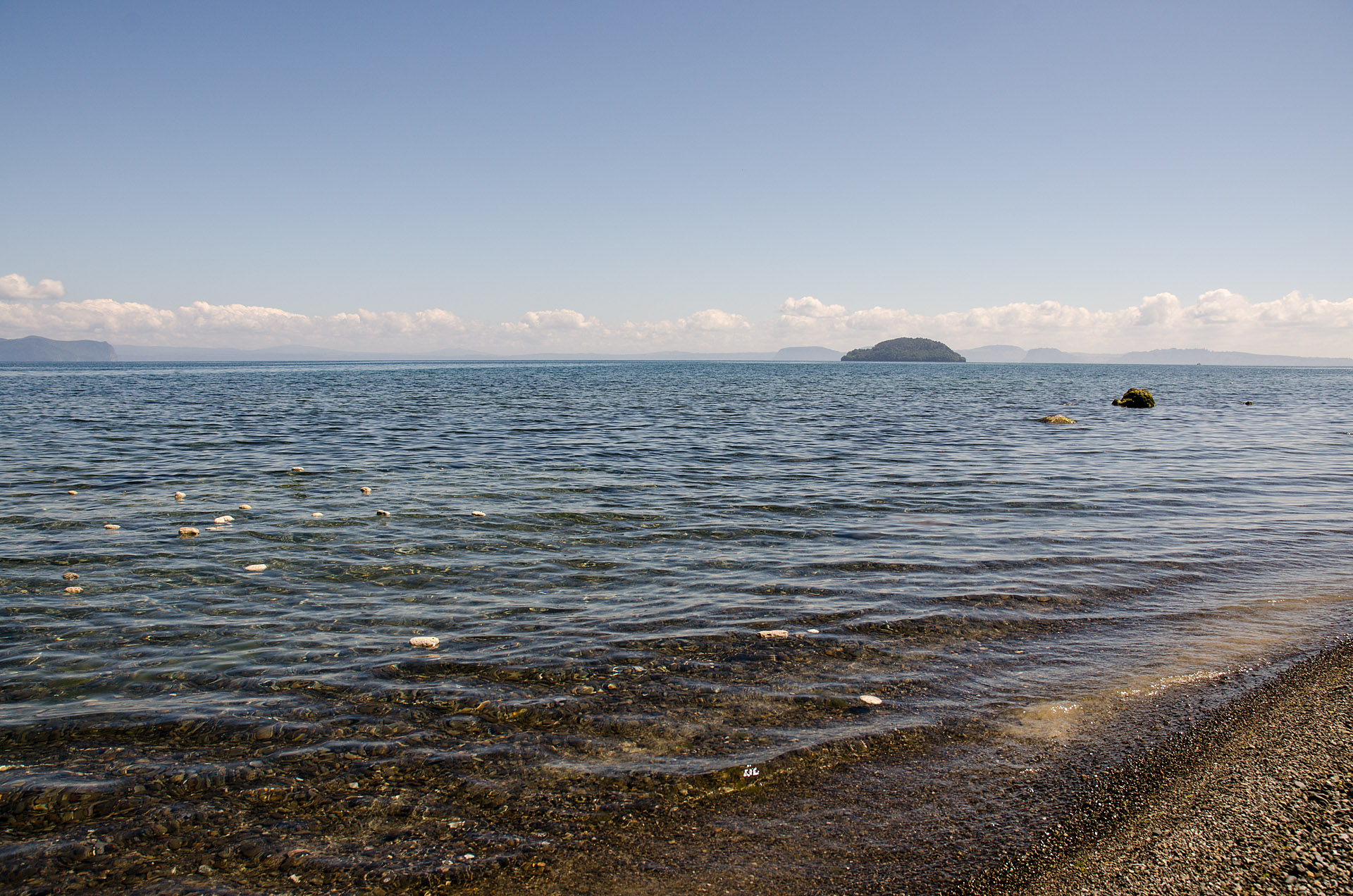 As we strolled around the water at our picnic spot, Stephan started examining the porous rocks along the shoreline, and discovered their amazingly airy quality. We had handled pumice stones on Kilimanjaro’s slopes, but the rocks at Lake Taupo felt significantly lighter than those we remembered from Kili – almost closer to polystyrene than stone. Ever amazed with the most trivial things, we continued along picking up rock, after rock, after rock… studying each one and finally finding some that were noticeably denser than others. We then did what any normal person would do – sent the buoyant, volcanic debris sailing through the air so we could watch it splash against the lake’s surface and float. And obviously, being the easily-amused nerds that we are, we recorded our scientific findings for all of you to enjoy: