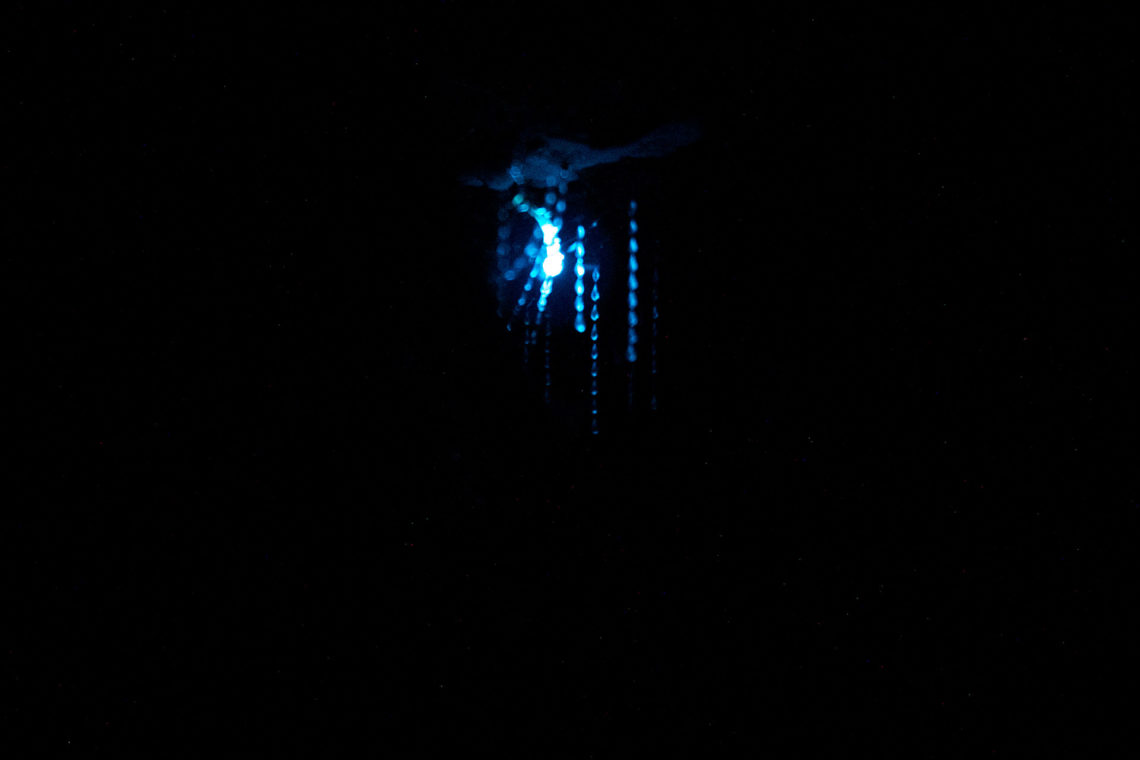 One of the more famous fixtures of New Zealand is its glowworm caves – more specifically, the Waitomo glowworm caves. While not as off-the-beaten-path as we usually like, we could not pass through the country without visiting such an interesting natural phenomenon.

The limestone caves were discovered in 1887 and have been an attraction for locals since just two years later. The caves themselves are quite beautiful – the water seeping through the caves has created an astonishing array of slender, textured stalactites and stalagmites over much of the interior.

A little further down, though, and something even more interesting awaits. Where the river flows underground and has carved out tunnels in the bedrock, millions of glowworms live out their lives in the darkness. They are actually the larvae of a species of gnat that produce their bioluminescence from the chemical luciferin, similar to fireflies. The glowworms are around the size of a matchstick and dangle strands of saliva down to ensnare passing bugs who are attracted to the tiny lights. Unfortunately, these glowworms have a short life after maturing – adults have no mouths and live only a few days, just long enough to reproduce.

Despite this unfortunate ending to their lives, they provide quite a spectacle in the interim. We were given a brief history of the caves during the tour, where we wandered through some of the rock formations. Before descending into the underground riverbed, our guide motioned towards a low-hanging ceiling blocked by a wooden barrier, and flicked off the lights. A small array of tiny, blue lights shone brightly on the ceiling – more intense than I ever would have expected.

We all boarded a small boat a little further down, and our guide pushed off, setting us adrift around a corner in the cave. Suddenly, there was an immense galaxy of glimmering blue lights above us. An ocean of them, blanketing the entire ceiling of the caverns – countless azure pinpoints of luminescence, creating a blue glow bright enough to see the other passengers. Amazing.

No photography is allowed in the caves, so you’ll just have to go see it for yourselves!