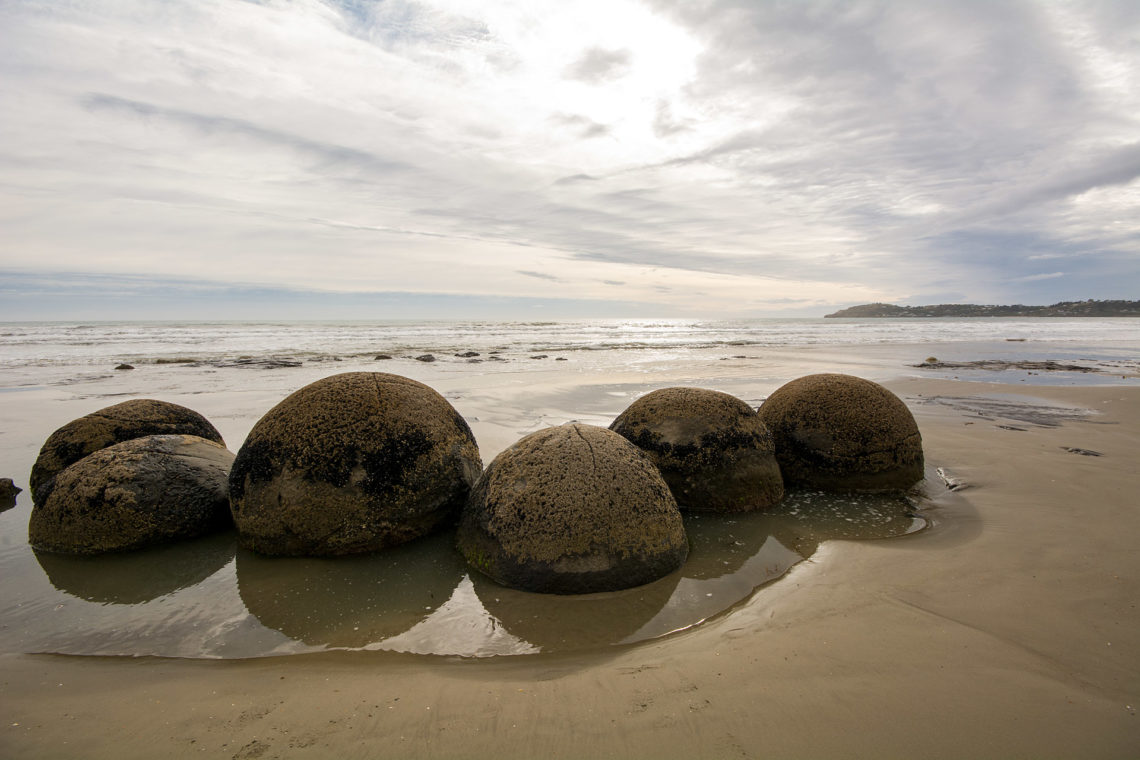 From Aoraki/Mt. Cook, we ventured back to the coast, traveling about 150 miles southeast to the Moeraki Peninsula. Here we visited Katiki Point, where a small lighthouse and adjacent sanctuary for yellow-eyed penguins were perched atop tall cliffs, overlooking the Pacific. The yellow-eyed penguin is the world’s rarest penguin, found only in southeastern New Zealand as well as two sub-Antarctic islands. Each night around dusk, the penguins swim to shore and race up the beach and neighboring slopes to nesting areas in the scrubby bushes. 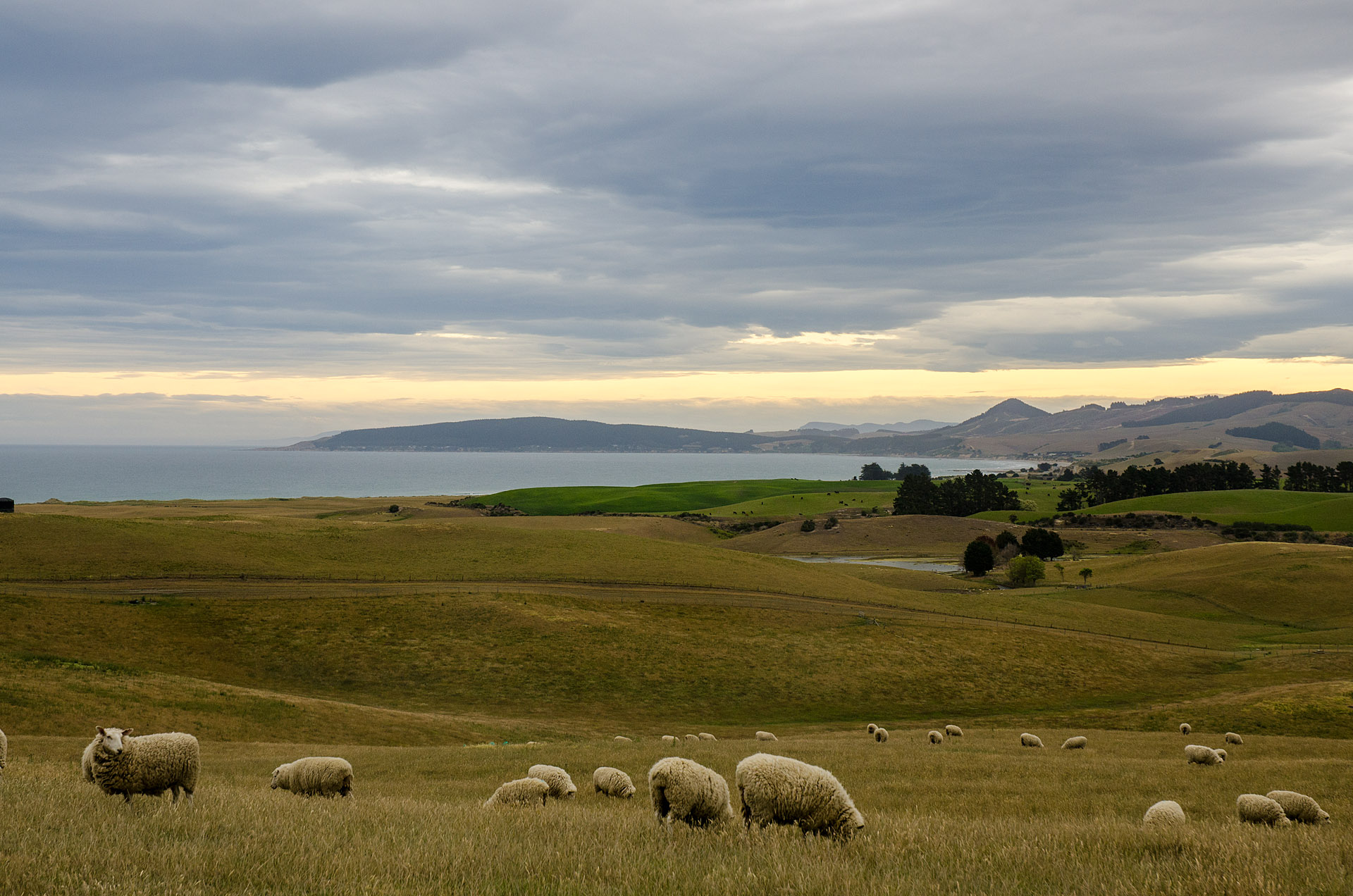 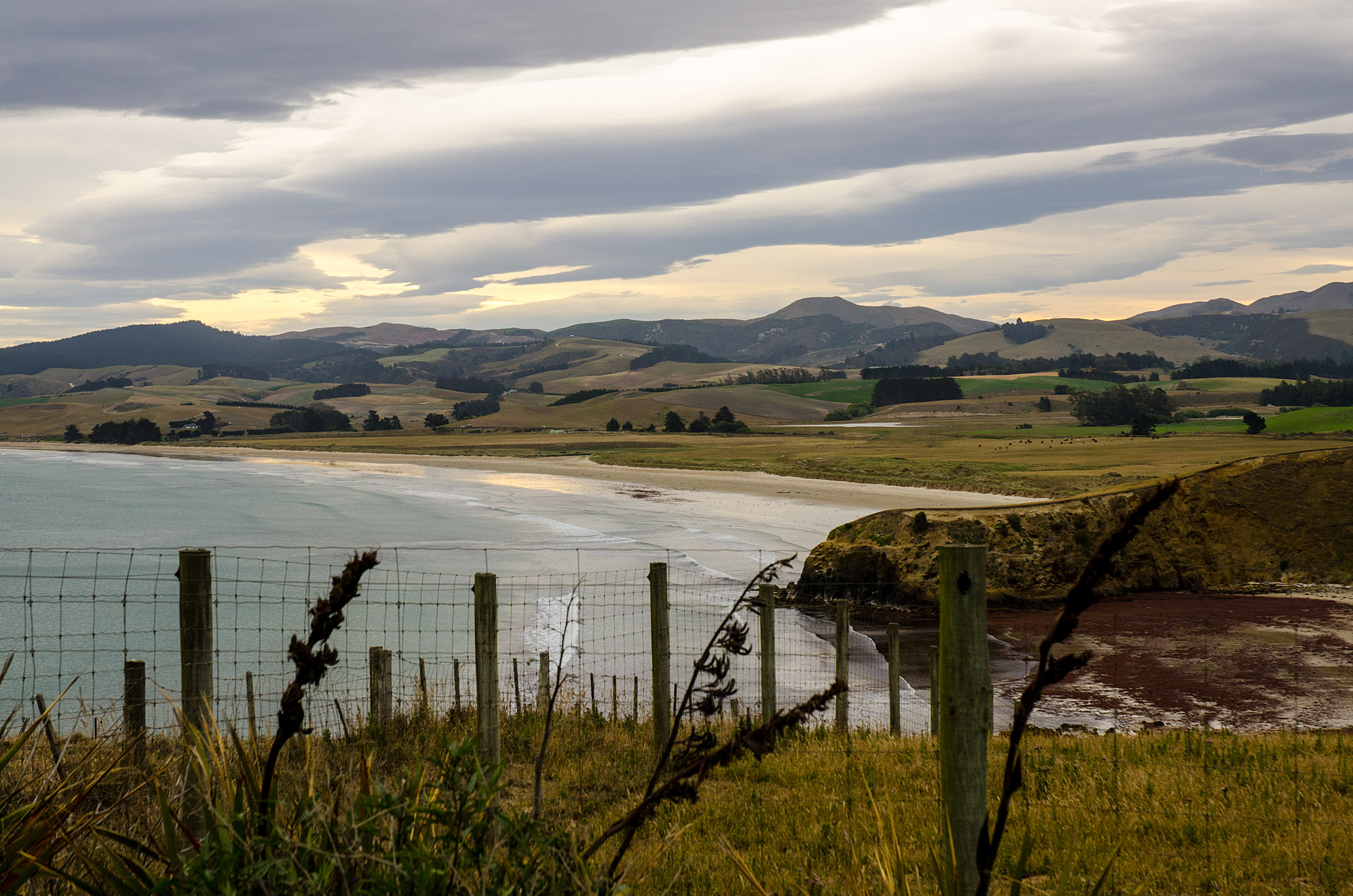 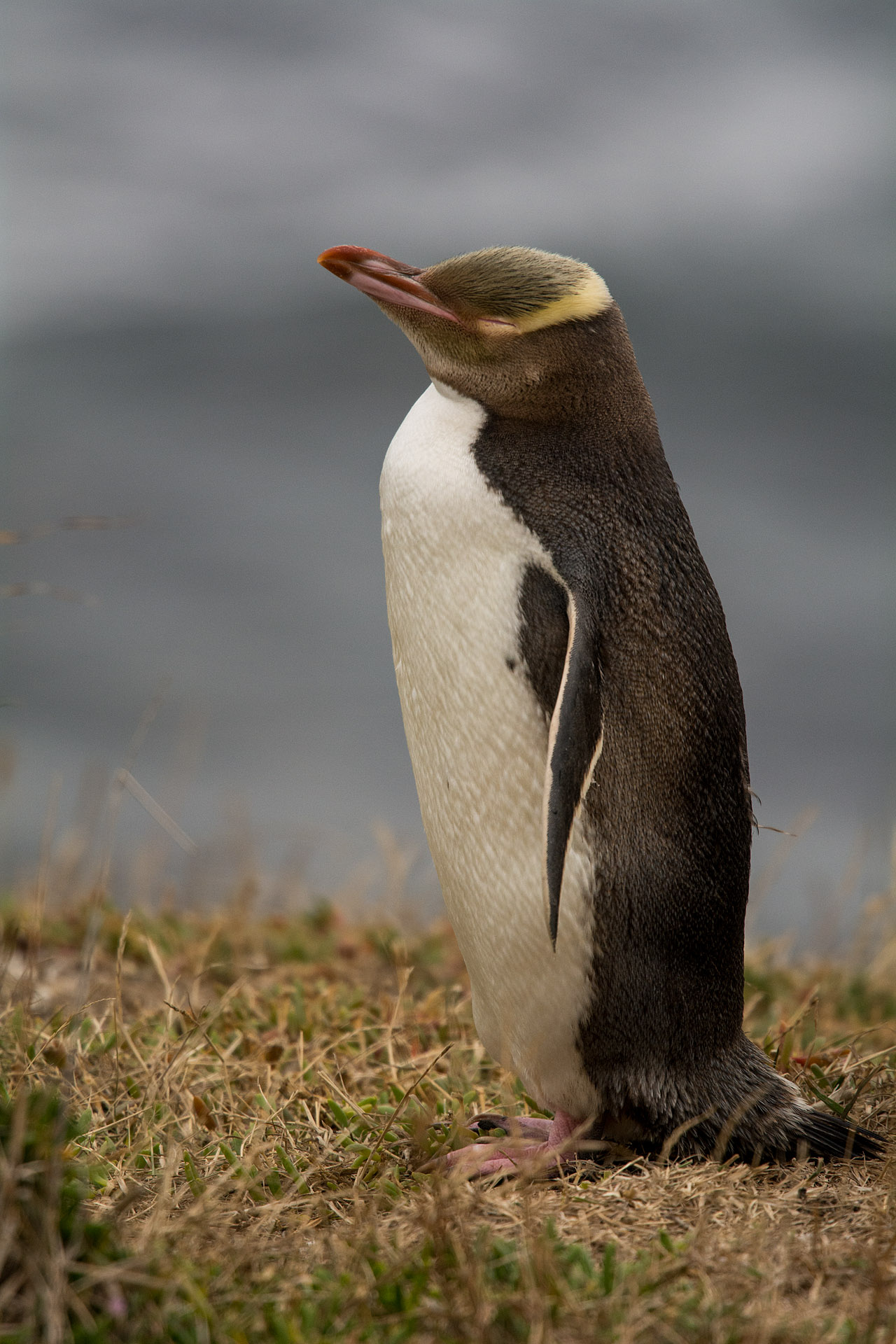 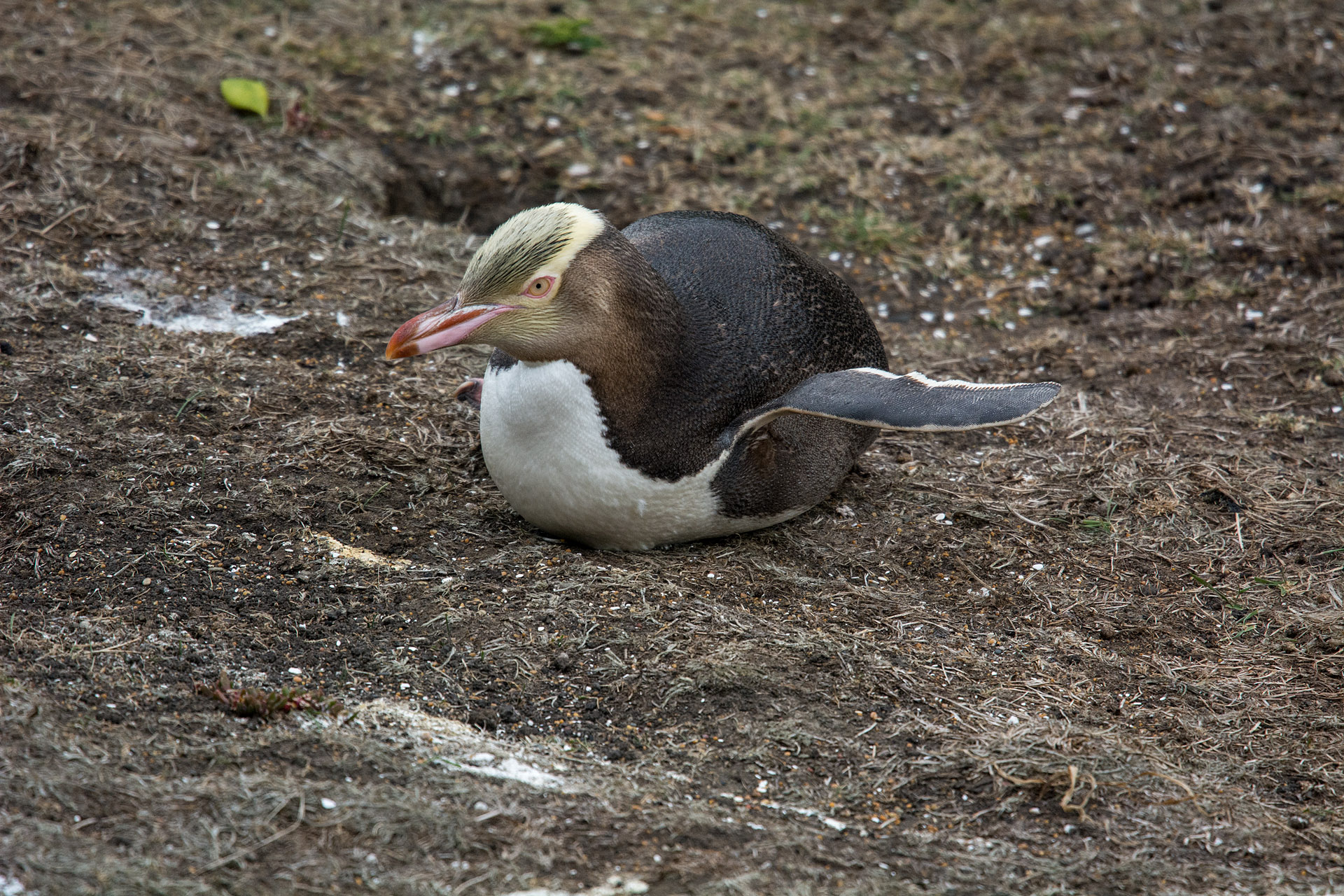 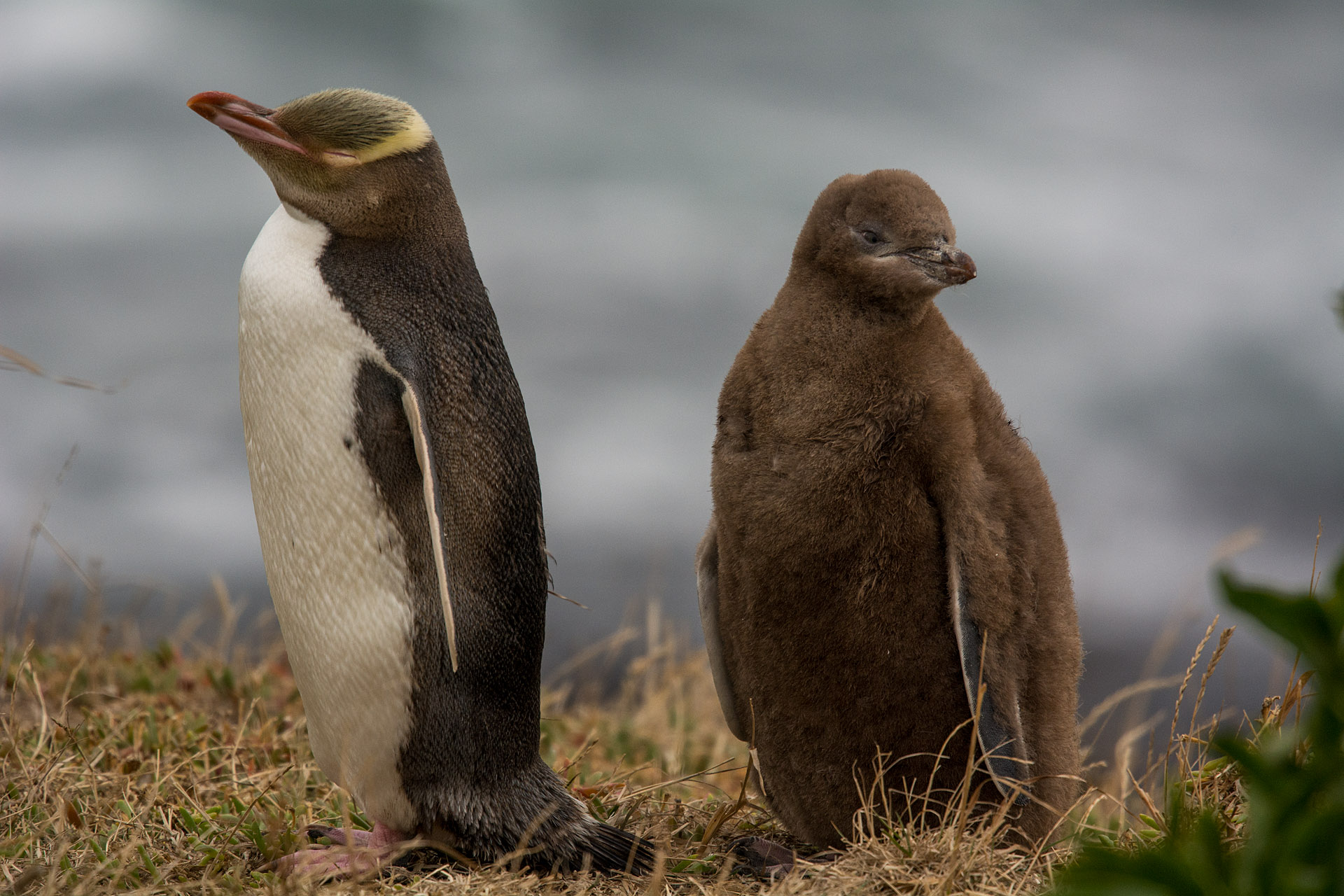 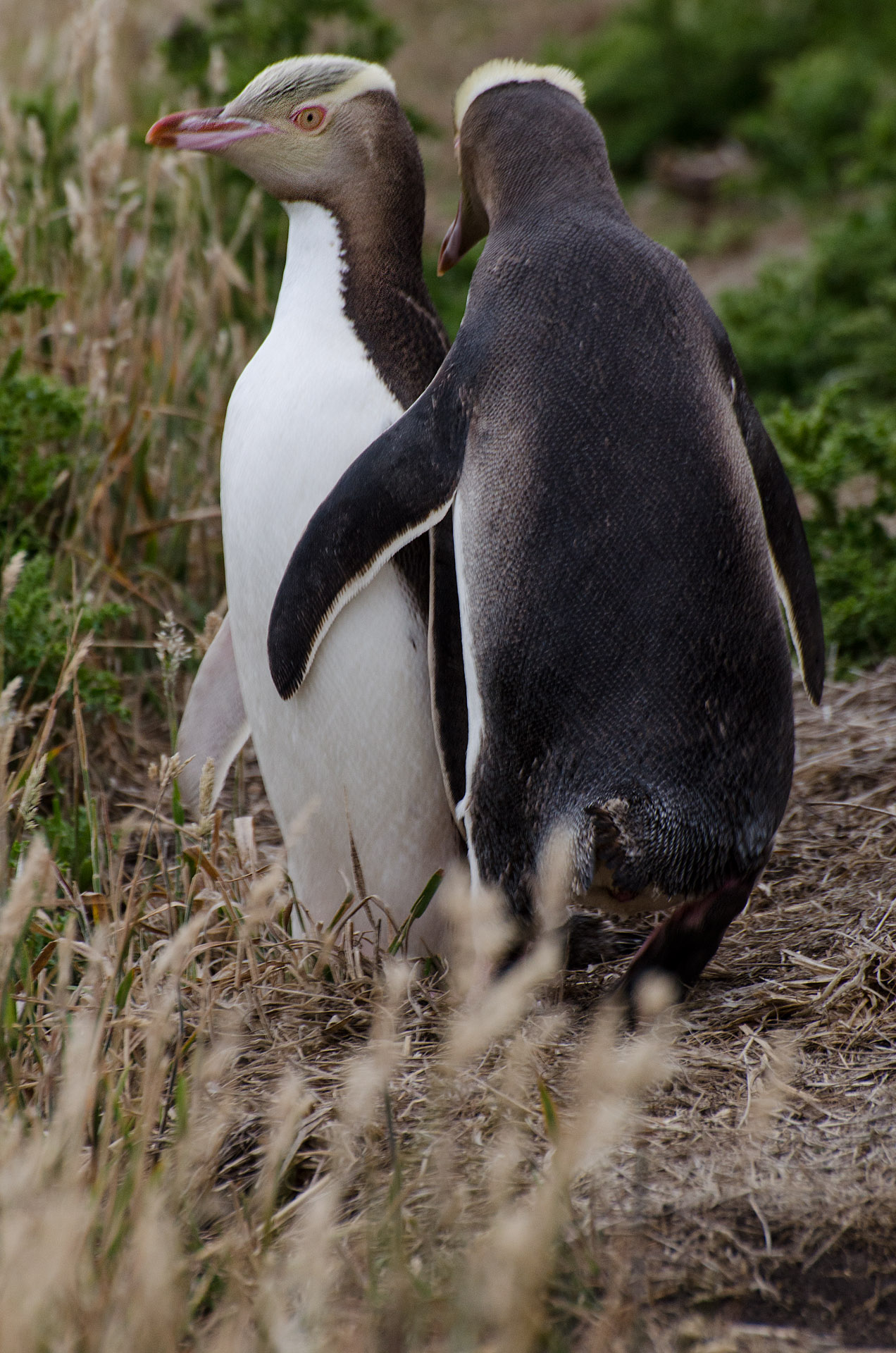 We also visited the Moeraki Boulders, a cluster of nearly-perfect spherical “rocks” scattered along the sands of Koekohe Beach. The orbs are actually solidified sediment from prehistoric sea beds, thought to have formed around 60 million years ago, and since exposed by constant ocean erosion. 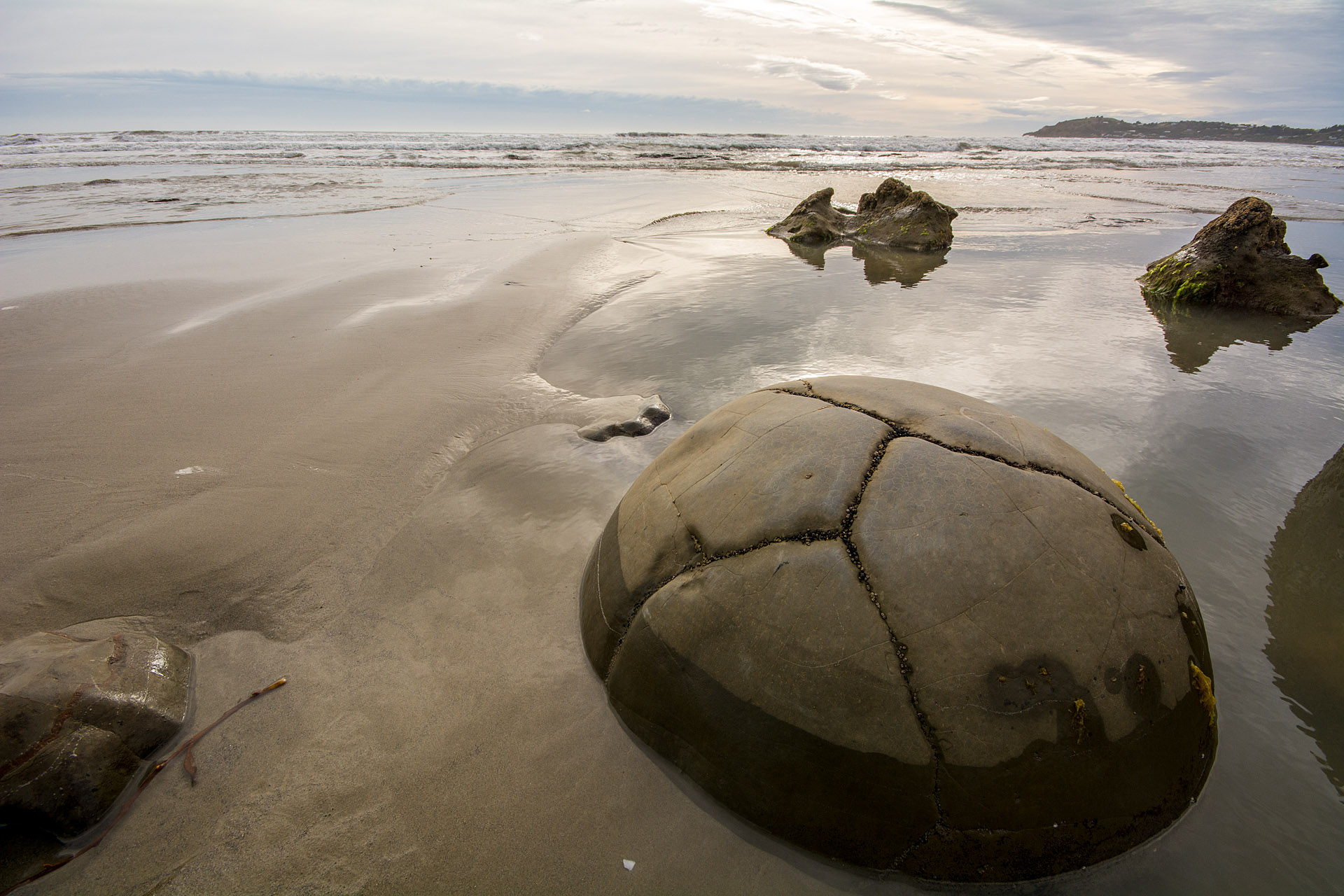 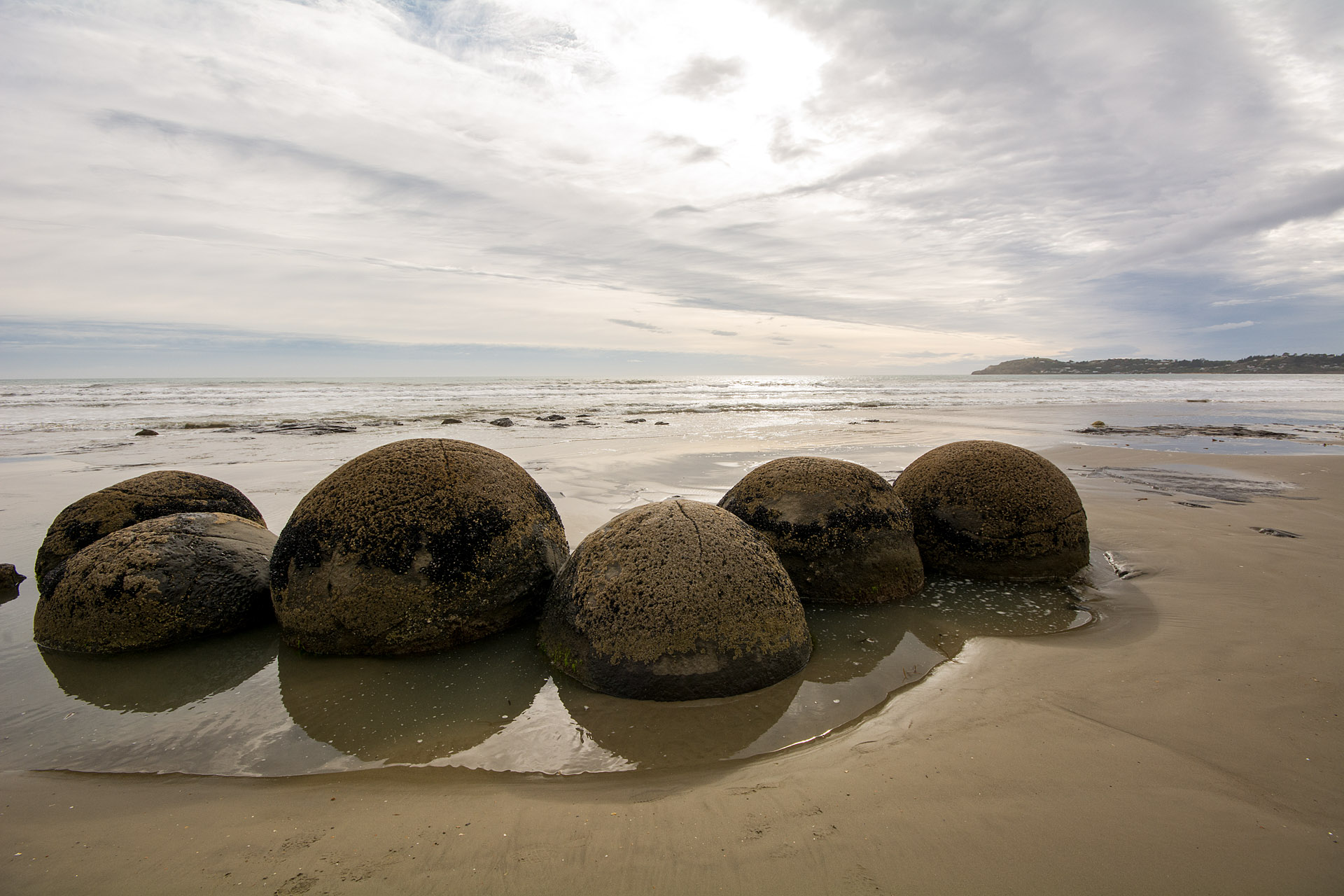 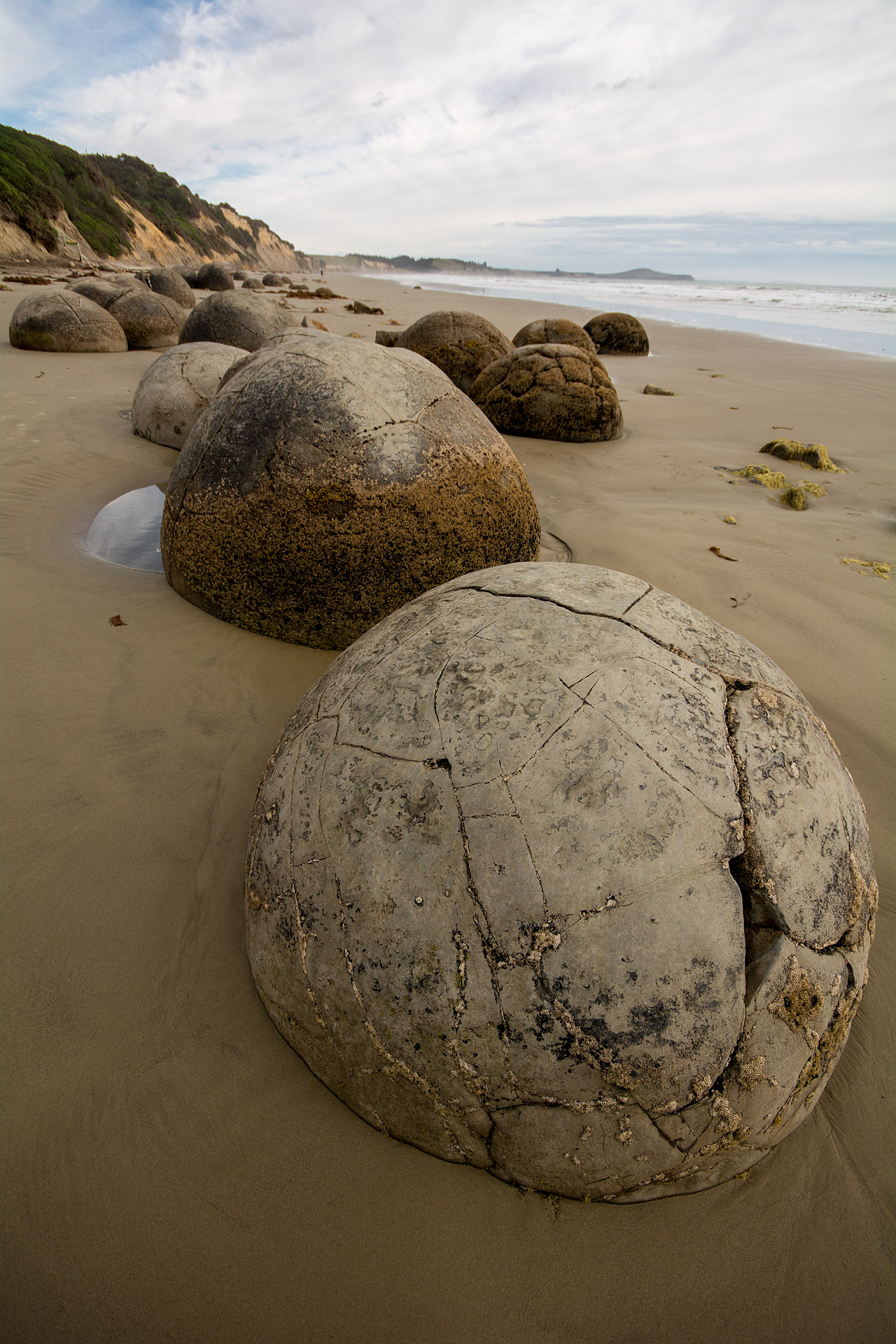 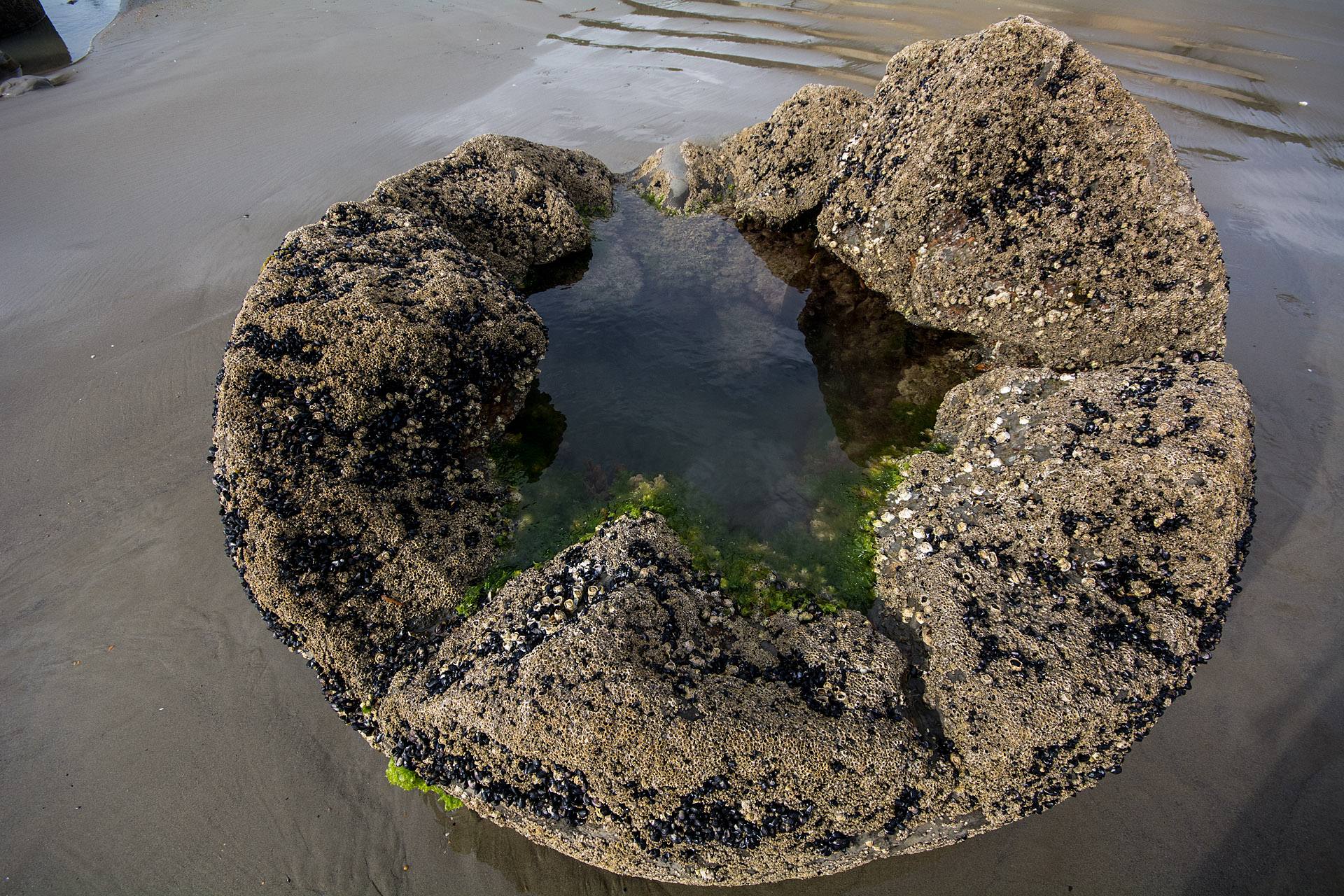 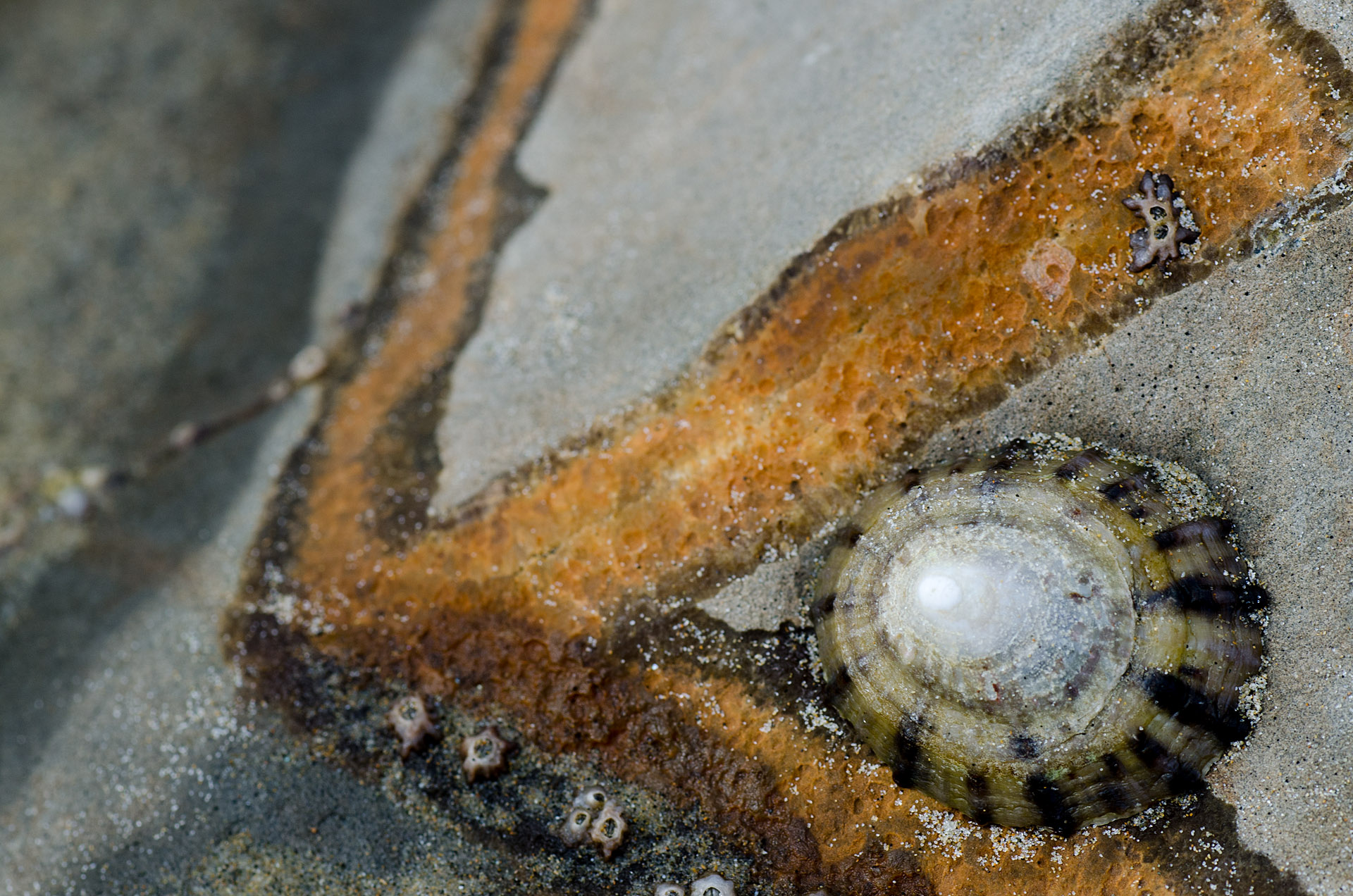 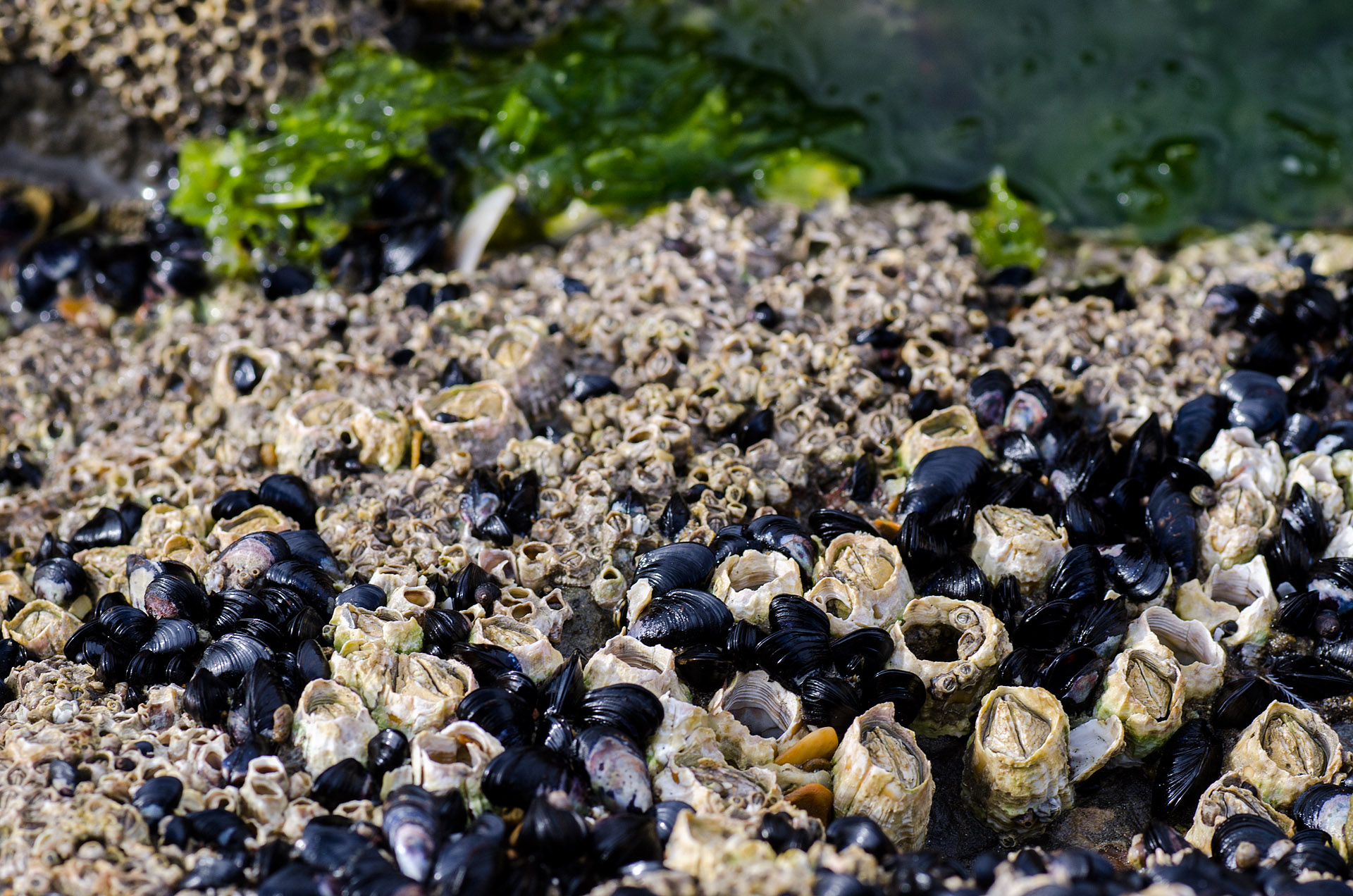