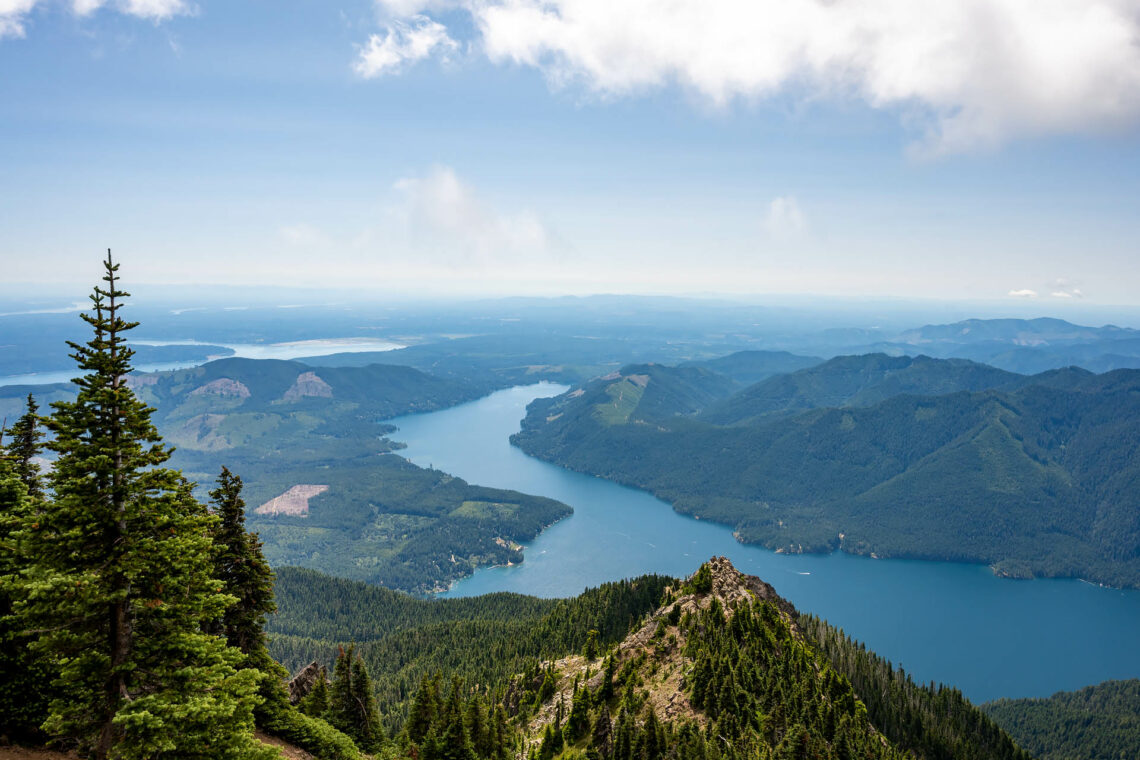 Although our place in Snohomish was a solid four hours from the Olympic Peninsula, I wasn’t leaving Washington without at least one hike in the Olympic Mountains. One afternoon during one of my many bouts of randomly zooming in and out on Google Maps, Mt. Ellinor caught my eye. As soon as I saw the name, I knew that would be our peak. My nana’s name was Elinor and she was (and will always be) one of the most special people to me. 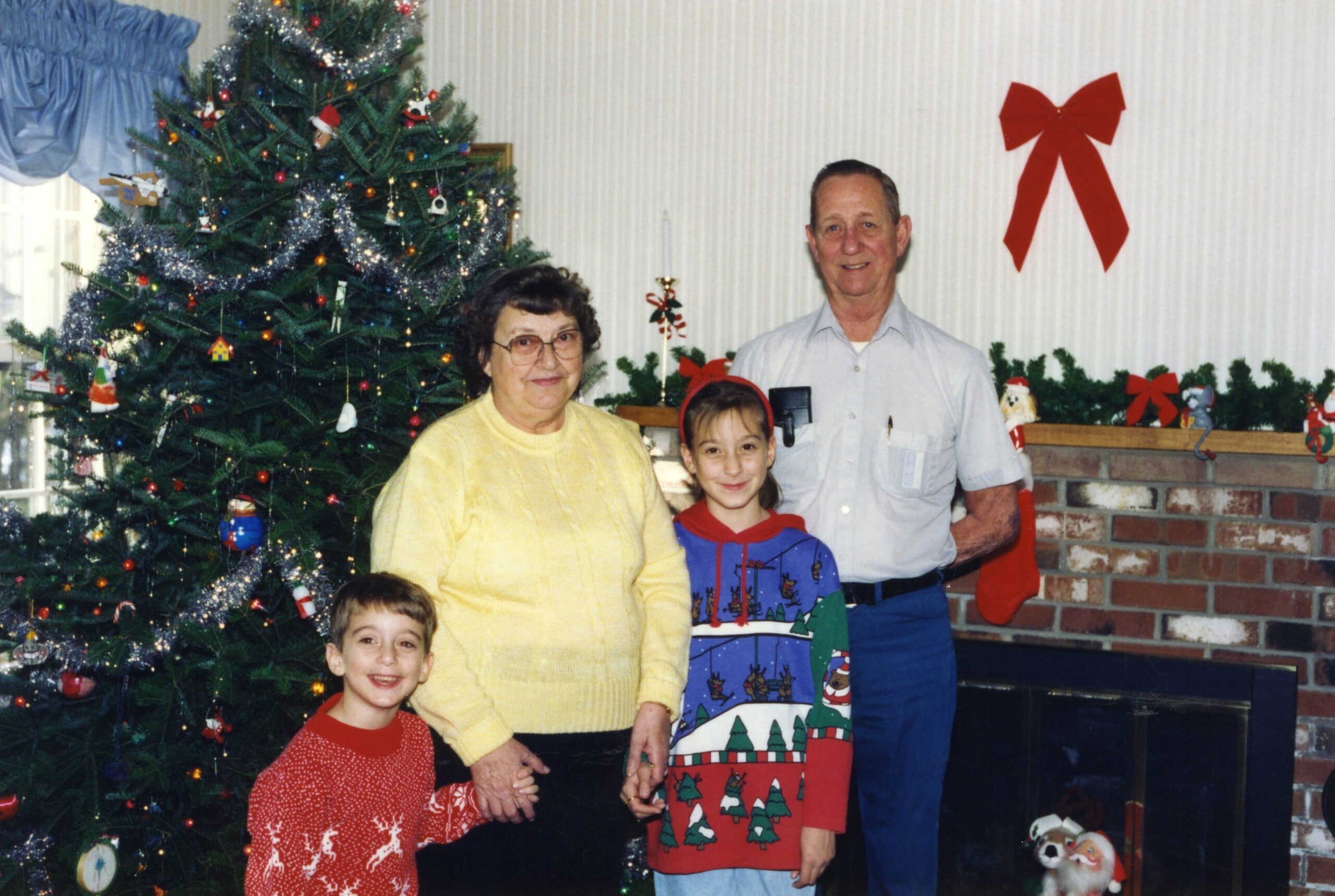 With one haphazard search, her namesake peak quickly shot to the top of my Washington bucket list. Lucky for us, it was actually a trailed summit. Better still, it was within the bounds of Olympic National Forest. Because it sat just outside the national park, Sanchez was able to join us for the outing.

Two trailheads lead to Mt. Ellinor’s 5,952-foot summit. From the lower trailhead, it’s about 6.5 miles roundtrip to the top. From the upper, it’s a mere three-mile out-and-back. While the upper trailhead provides the opportunity for a super short summit hike, it also increases the amount of foot traffic on the popular trail. For us, this was really the only downside to the route.

We opted to hike from the lower trailhead, which is about 15 miles north of Hoodsport. The last six miles are on forest service roads (NF-24 and NF-2419). Although they are dirt and have a few narrow switchbacks, they were in good condition when we visited.

From the lower trailhead – beginning at an elevation of 2,700 feet – the well-worn boot path climbs 1,200 vertical feet through old growth forest for about 1.9 miles until it reaches the junction with the upper trailhead. From here, it’s another 1.5 miles and roughly 2,000 feet of vertical gain to the summit. About a mile beyond the upper trailhead, the trail breaks out onto a ridge that offers sweeping views to the south overlooking Lake Cushman. 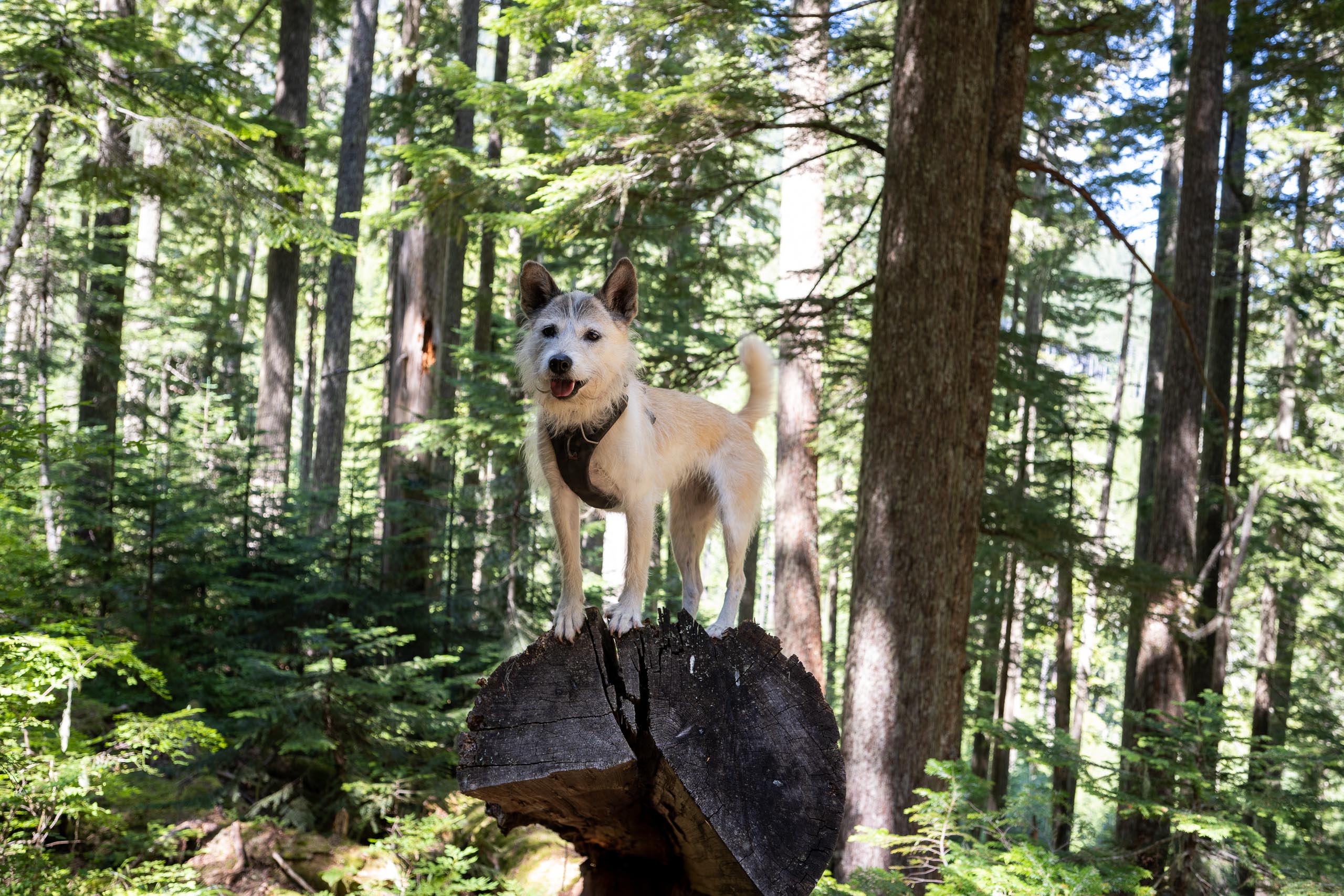 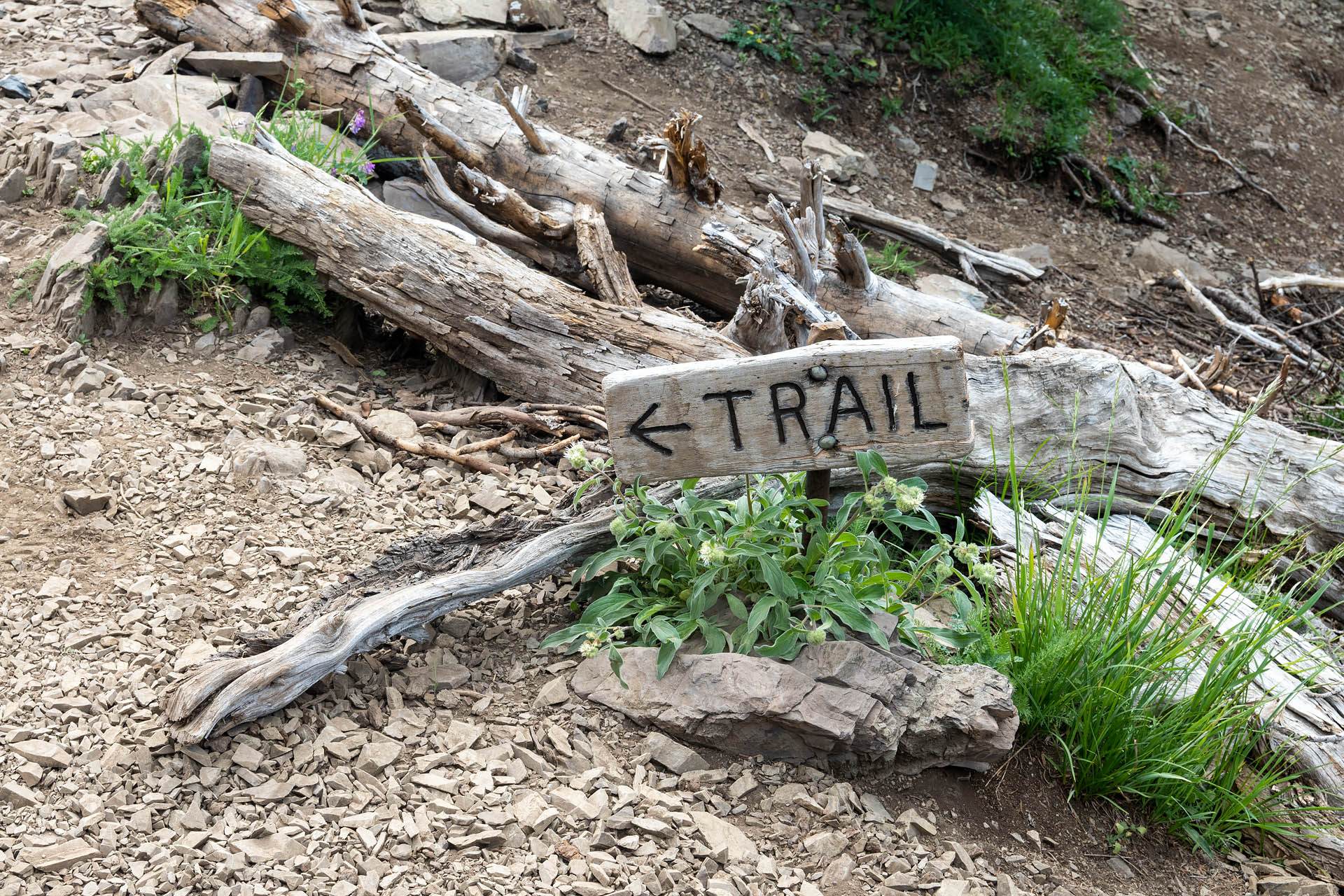 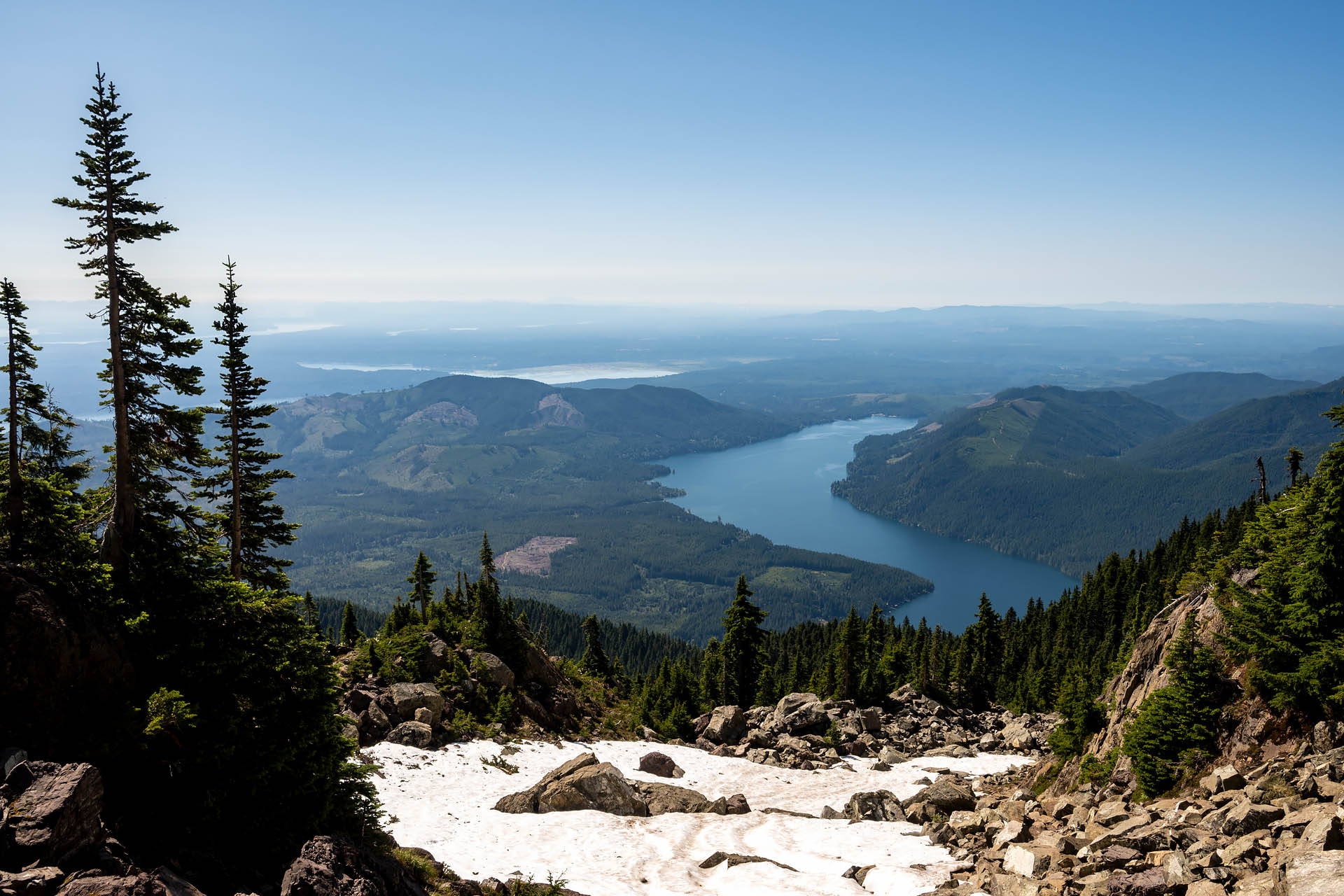 After gaining the ridge, the last portion of trail is fairly steep, climbing roughly 1,000 vertical feet in half a mile. The Mt. Rose Trail Association has done a beautiful job maintaining the trail, and was in the process of installing some new wooden riser steps along the steepest section of ridgeline when we hiked at the end of July. The views out to Lake Cushman remained unending, with Mt. Washington’s rugged peak coming into view as the dusty path neared Mt. Ellinor’s summit. 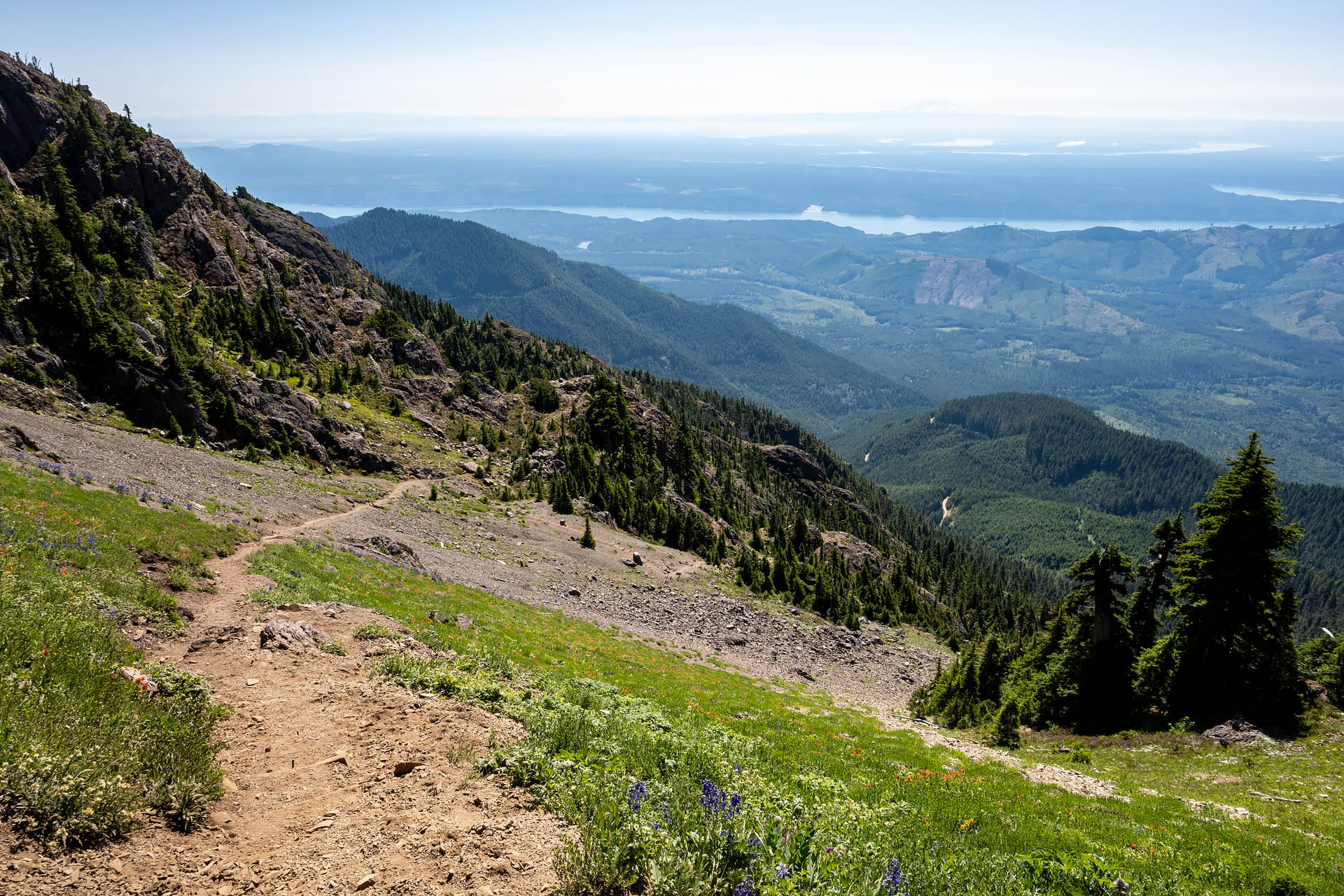 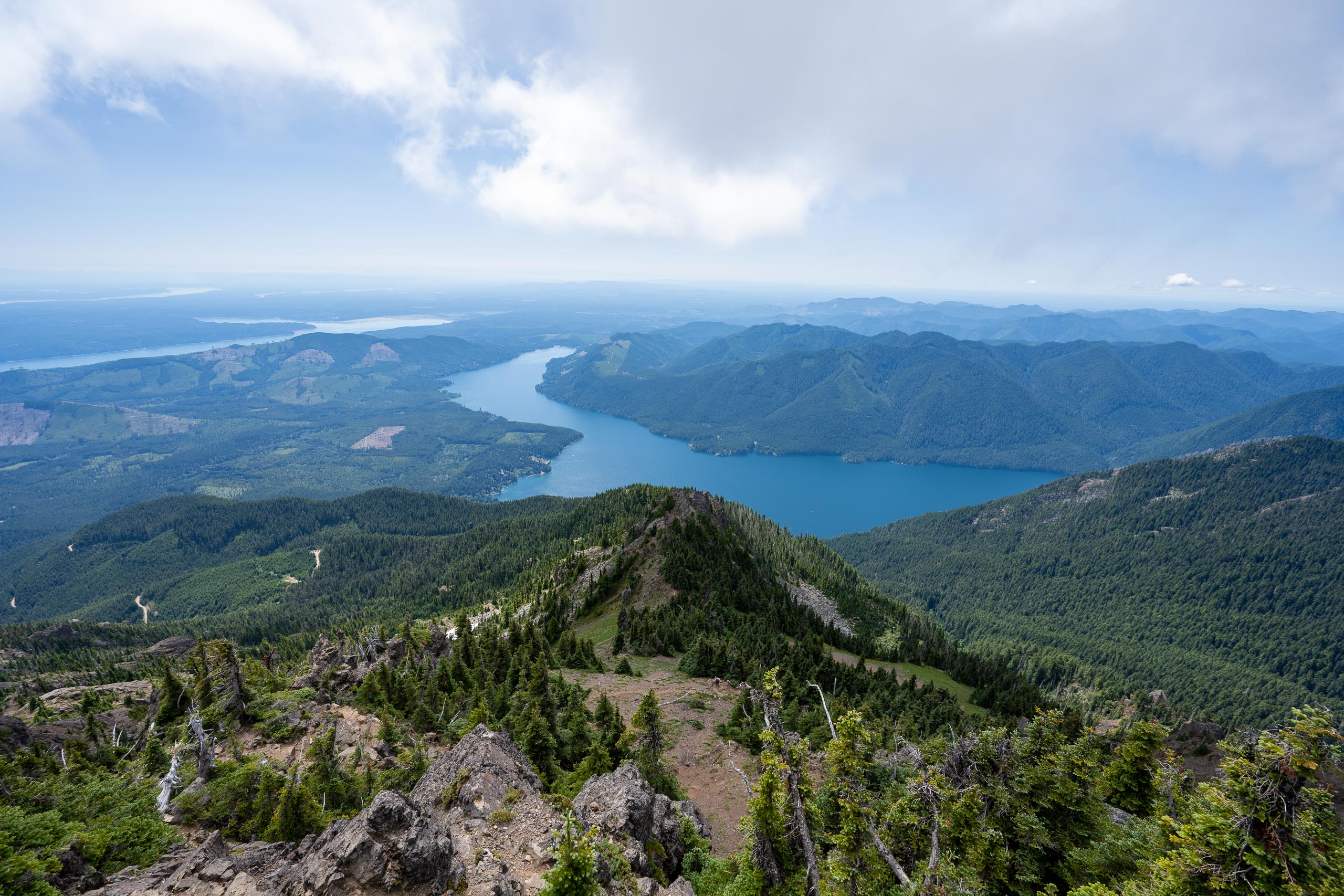 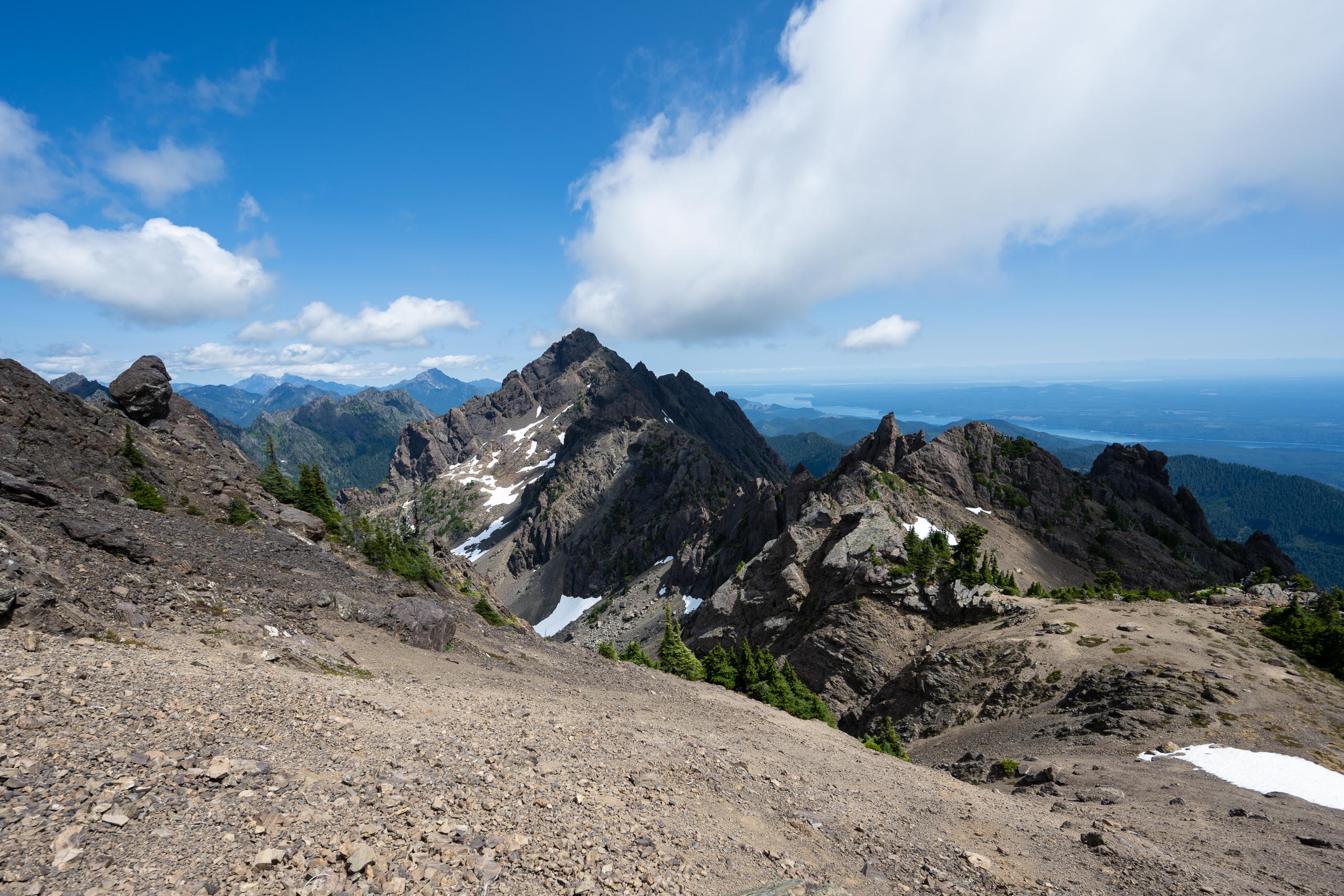 Because of its position along the eastern front of the Olympics, Mt. Ellinor’s summit views are quite unique. To the east you can look across the Hood Canal, Kitsap Peninsula and Puget Sound all the way to Mount Rainier. While it was clear when we reached the top, some stubborn clouds and haze settled in towards the east while we were eating lunch. While our views out to Rainier were somewhat obstructed, we enjoyed watching a couple of paragliders take off from Ellinor’s summit and soar in the direction of the iconic stratovolcano. 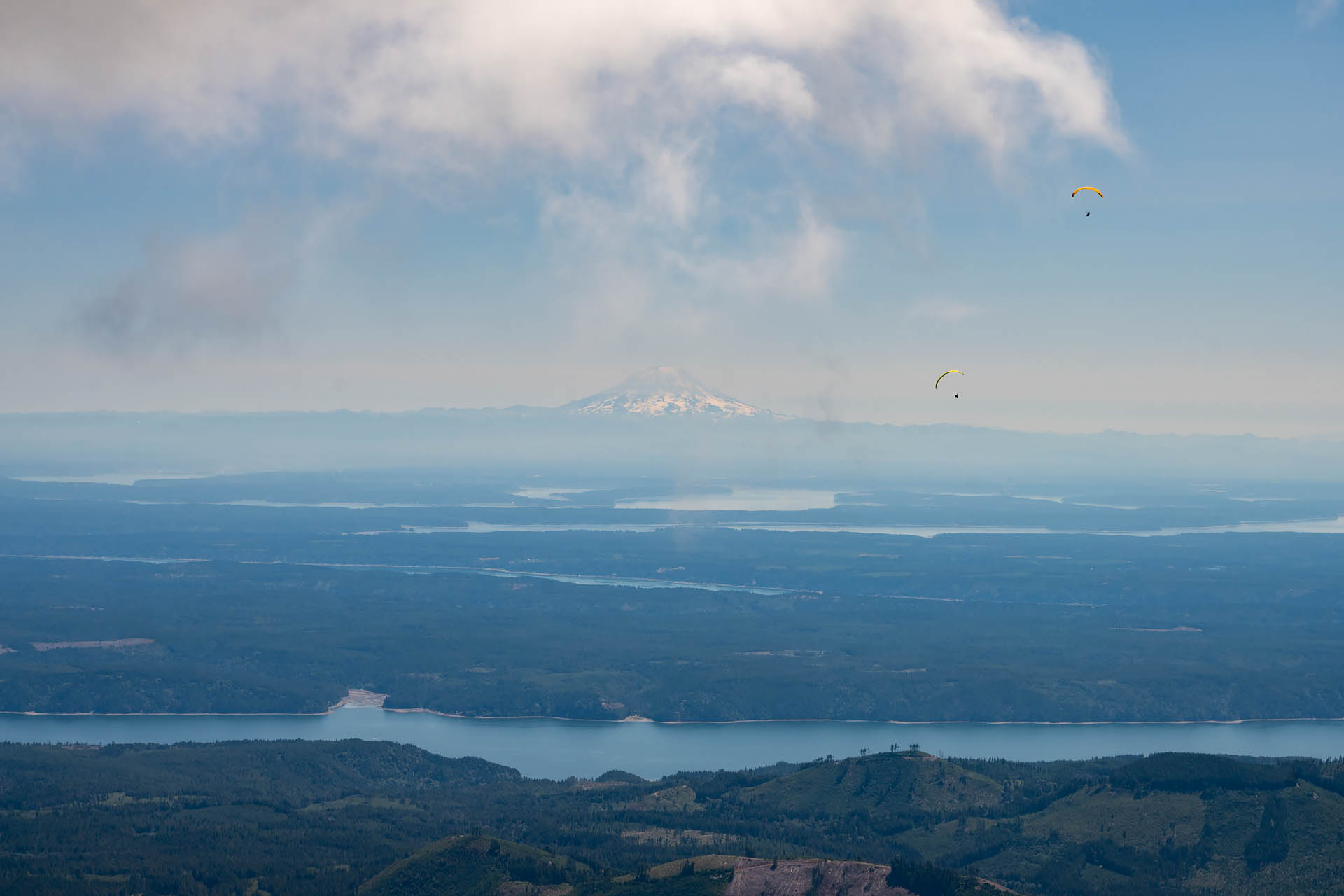 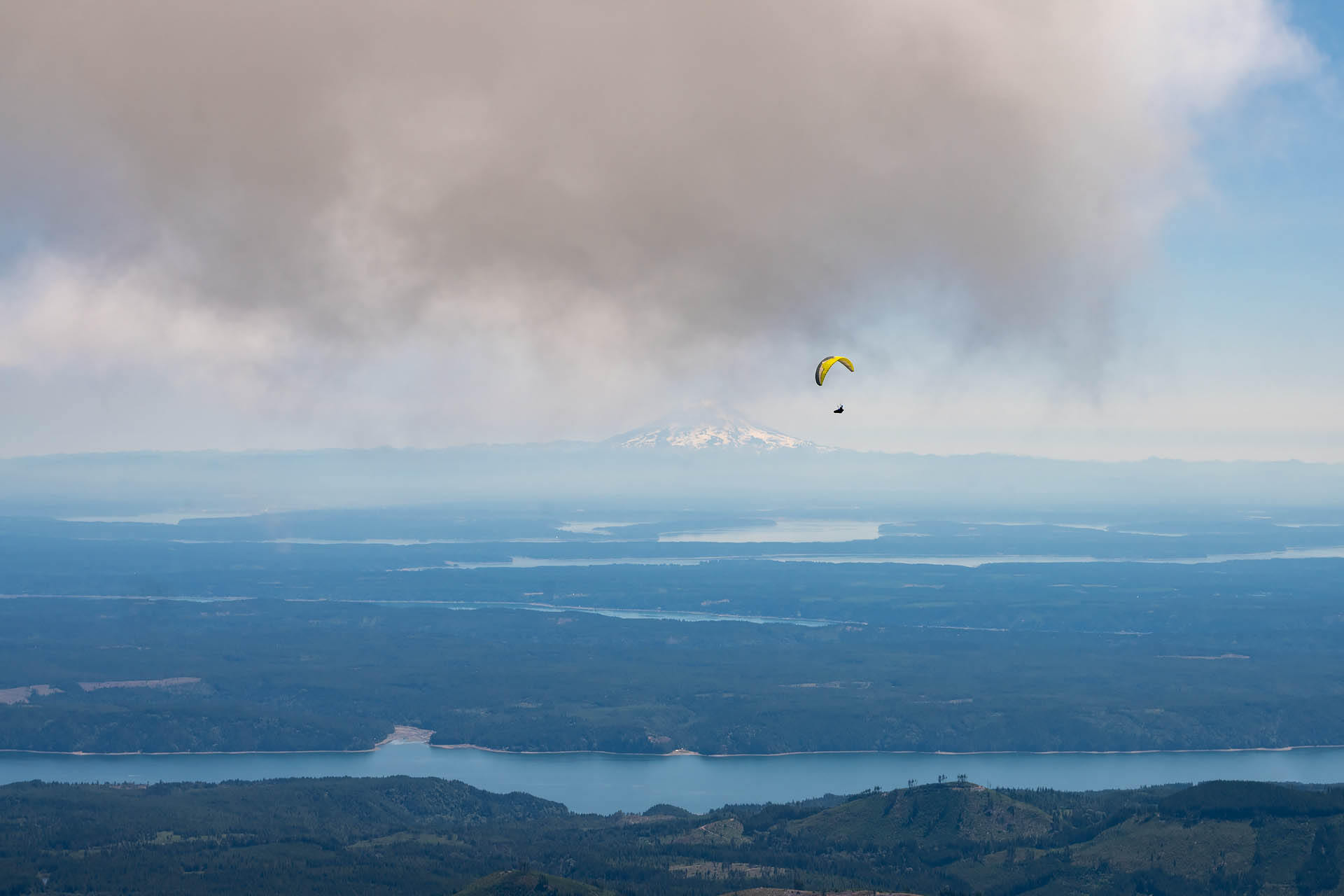 Just across the saddle to the northeast sits Mt. Washington’s prominent crown. As we neared the end of our time atop Ellinor’s summit, the neighboring peak began to pop in and out of the intermittent cloud cover. At one point, a small, heart-shaped cloud floated above distant Dabob Bay, and I had to wonder if maybe my grandmother was sending a little reminder of her enduring love. 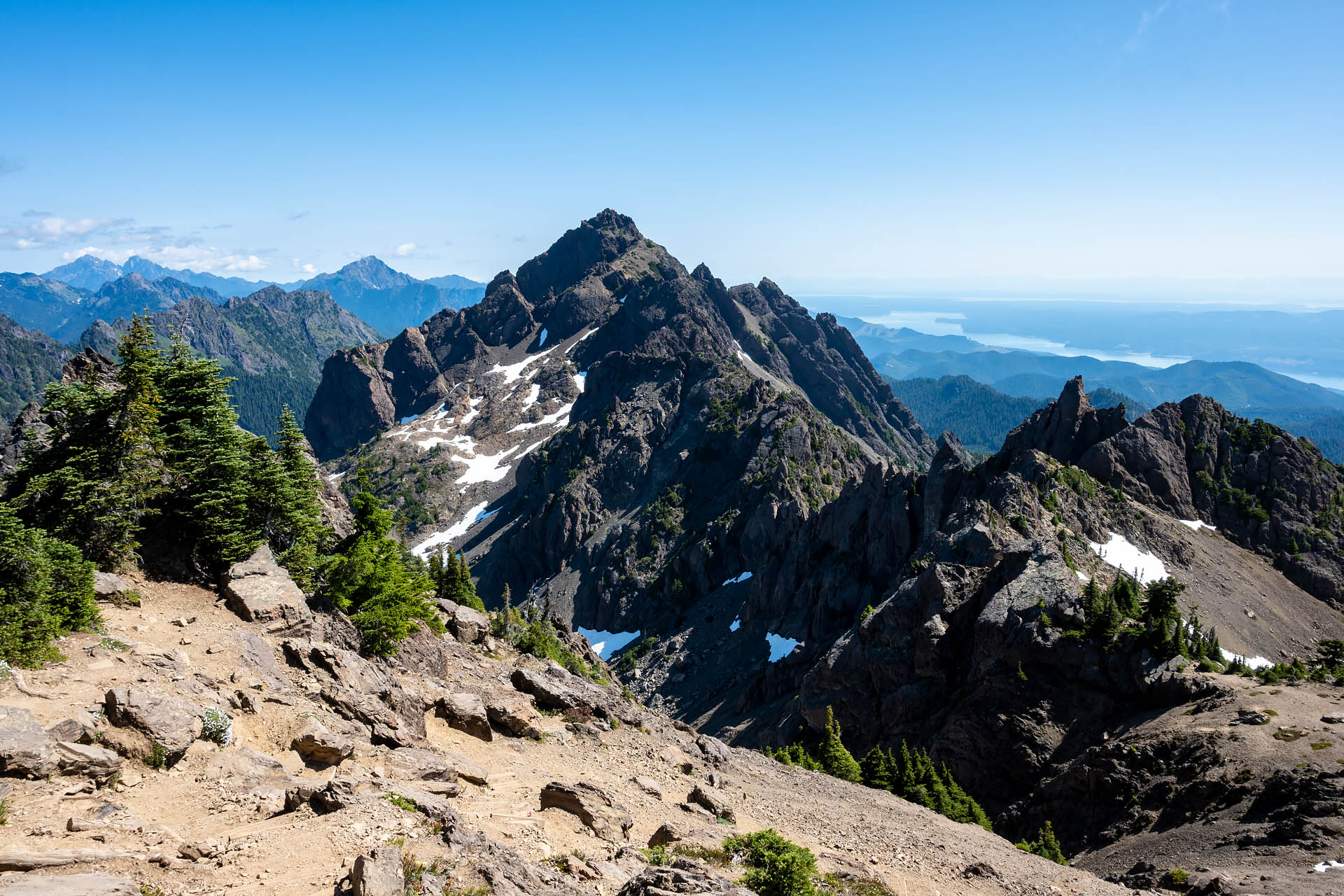 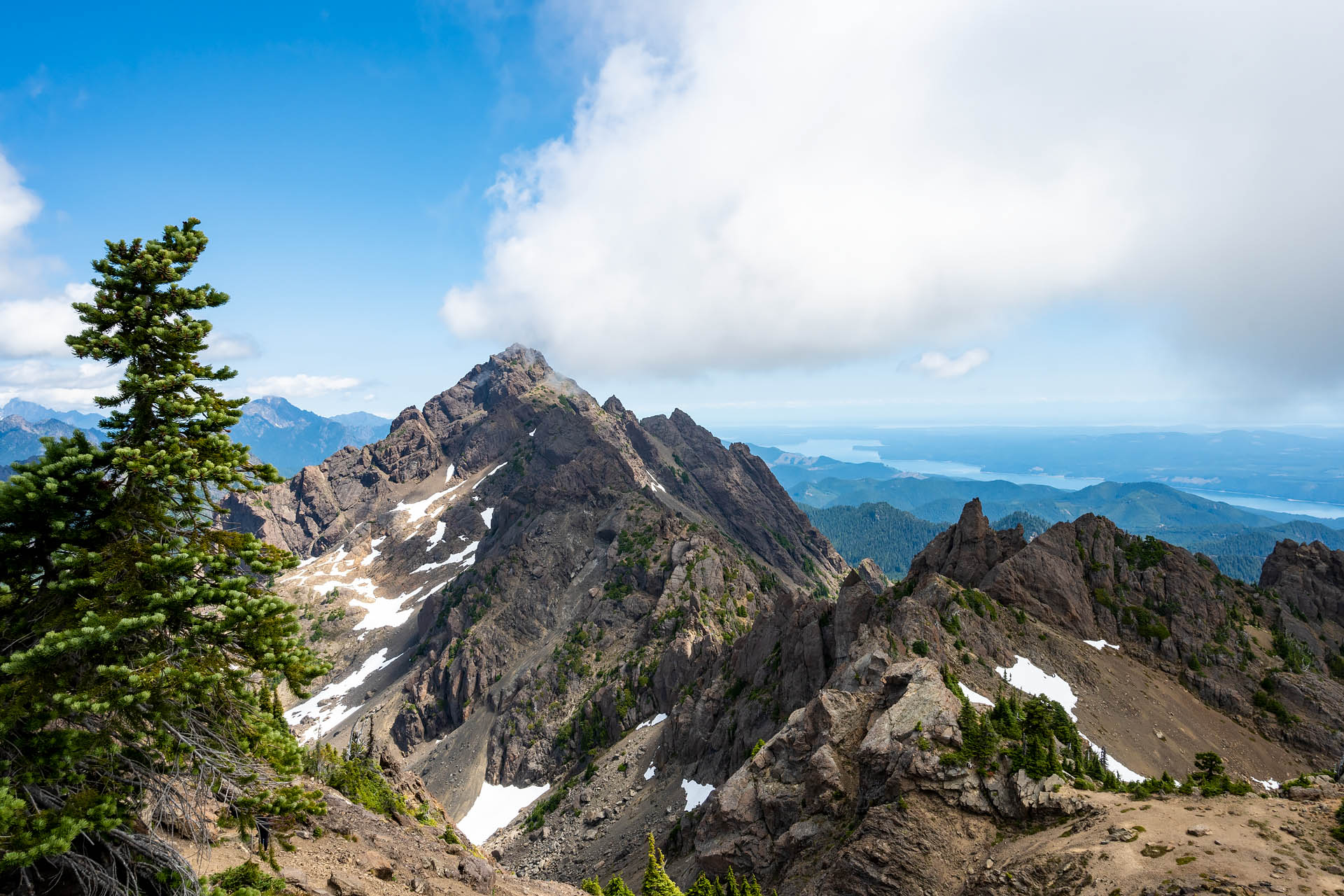 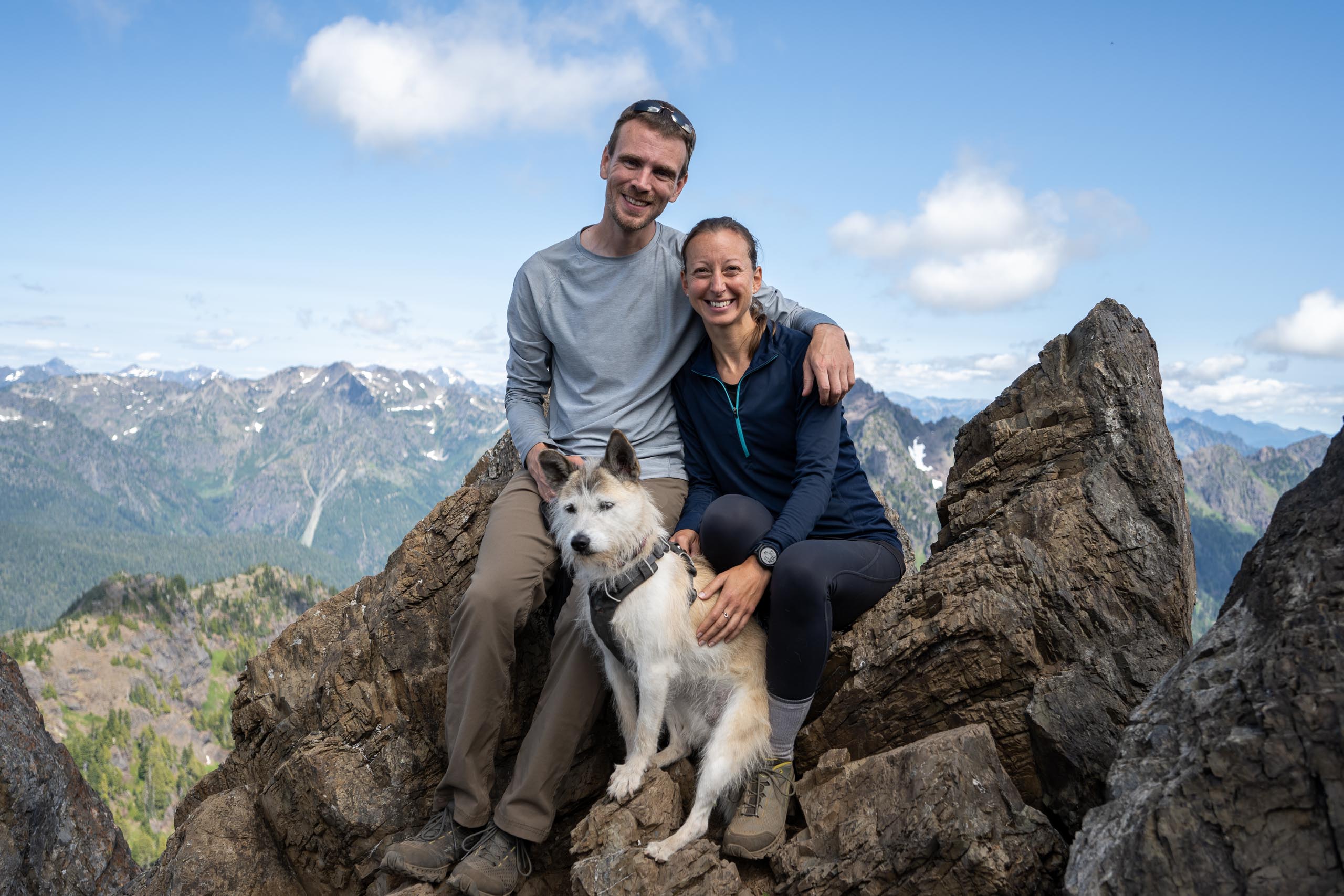 To the west, the summit offers panoramic views of the Olympic Range with layer upon layer of jagged peaks stretching as far as the eye can see. Just North of Mt. Washington, Mt. Pershing’s 6,154-foot summit towers over Brown’s Hike Lake. Beyond Mt. Pershing, Mt. Stone’s trio of peaks is easily recognizable. Further to the west, you can even get a glimpse of the distant, snow-capped massif of Mt. Olympus. 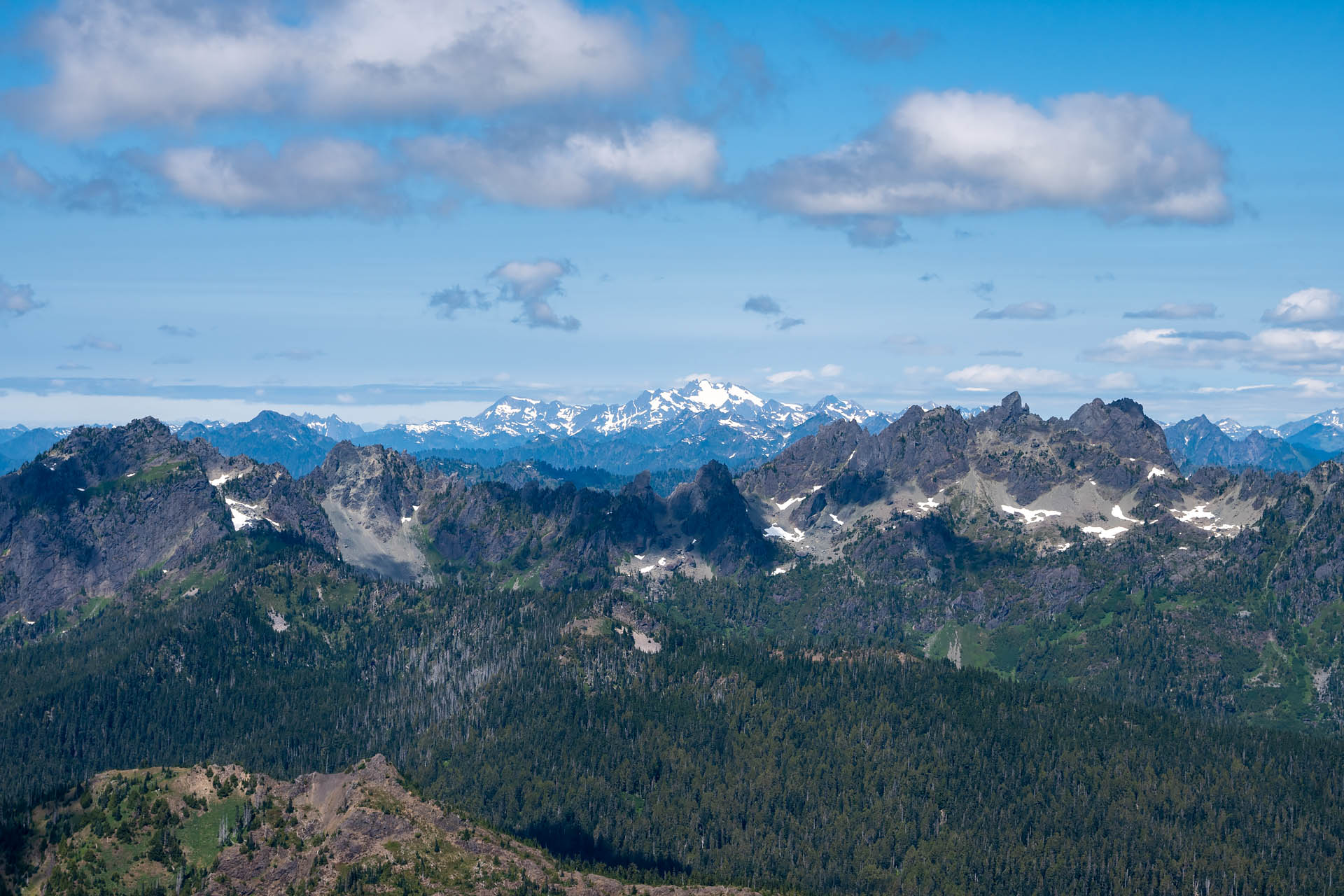 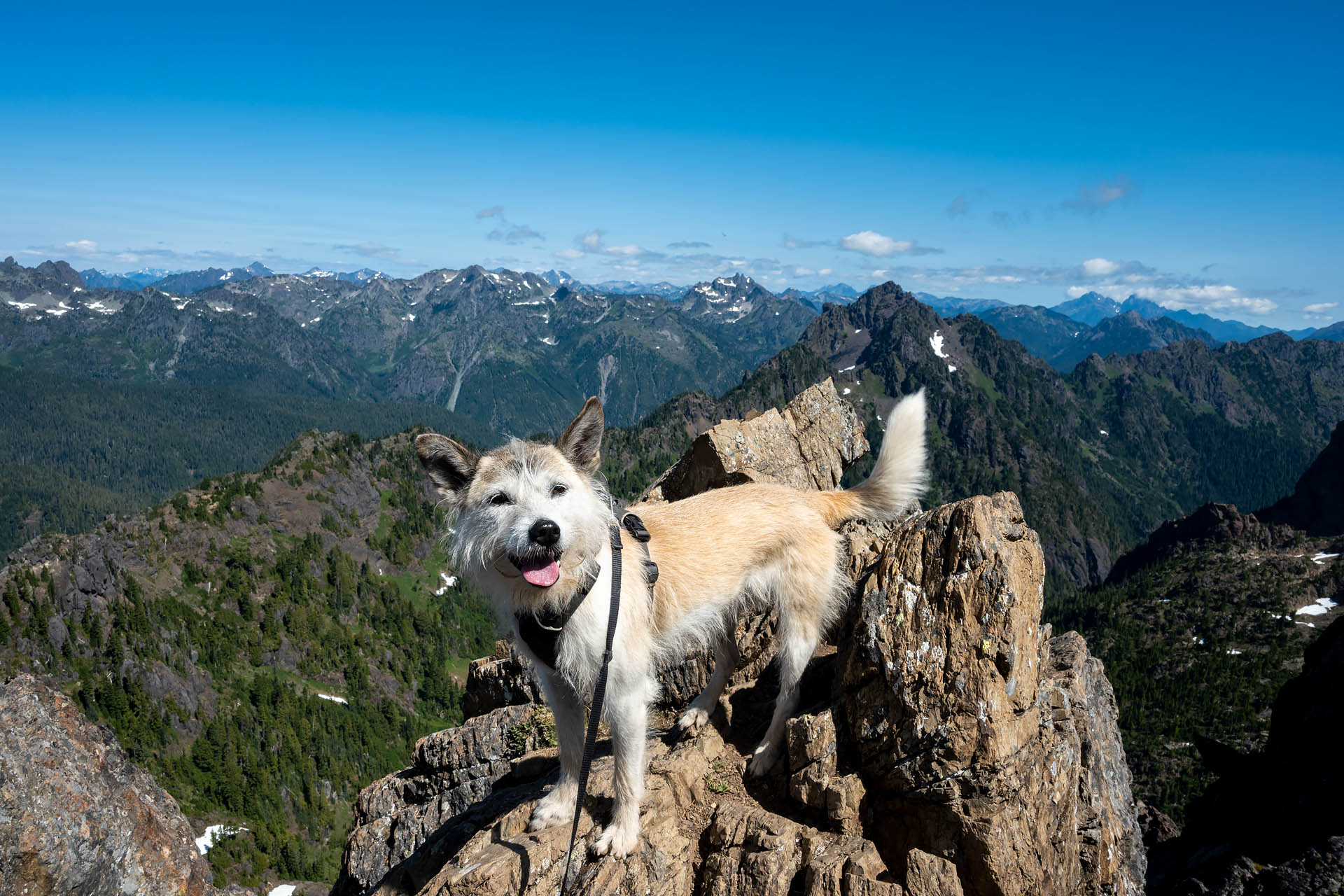 Overall, we enjoyed this trail. In particular, the views out to the Olympics were pretty incredible. Had it been a clearer day, I think Rainier’s solitary summit would have looked even more exceptional. The only downside was the traffic. Honestly, I kind of wish the upper trailhead didn’t exist. It seemed like that’s where most people were starting, and I think having just one longer trail would reduce the foot traffic meaningfully. All in all, though, a great day outside and a lovely little memorial hike for Nana. 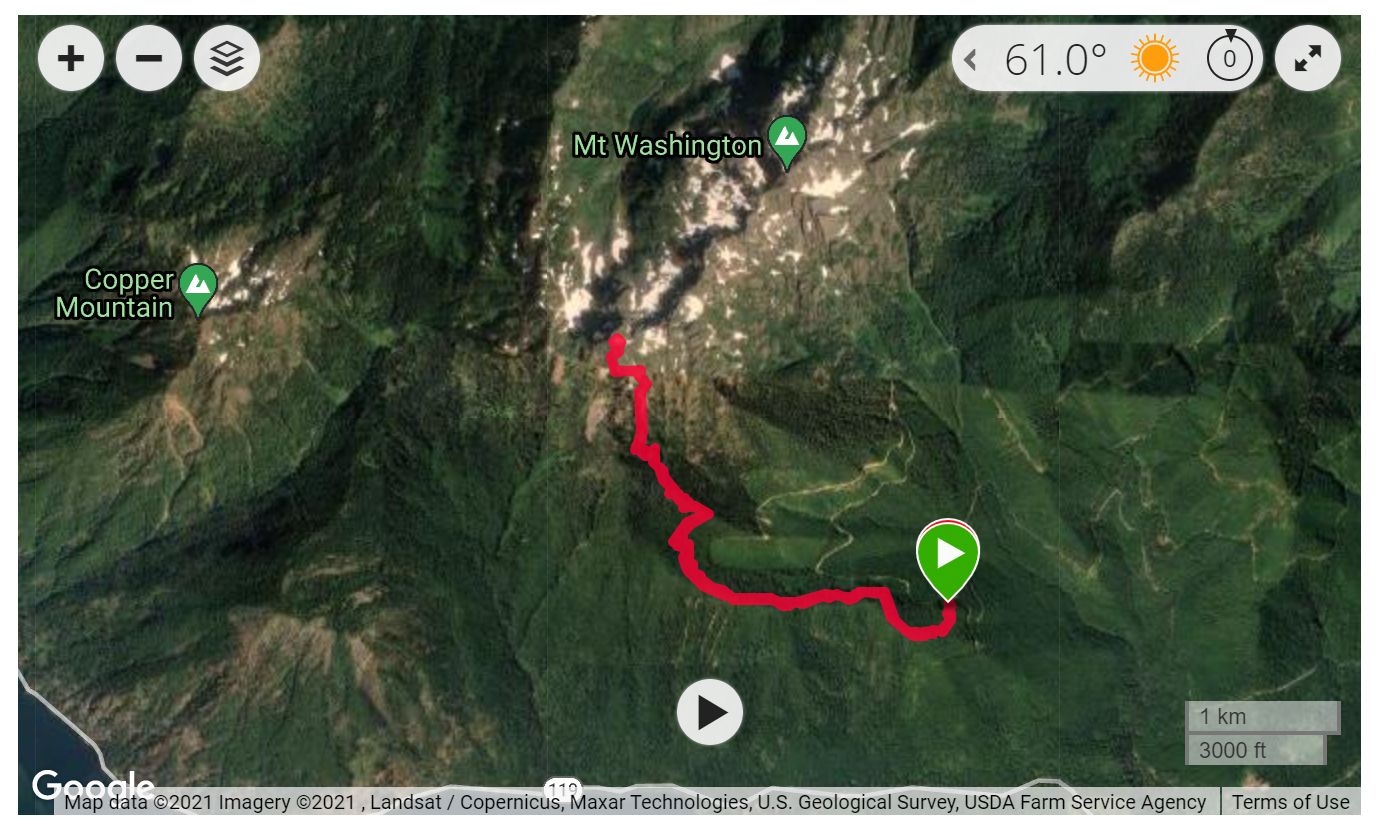