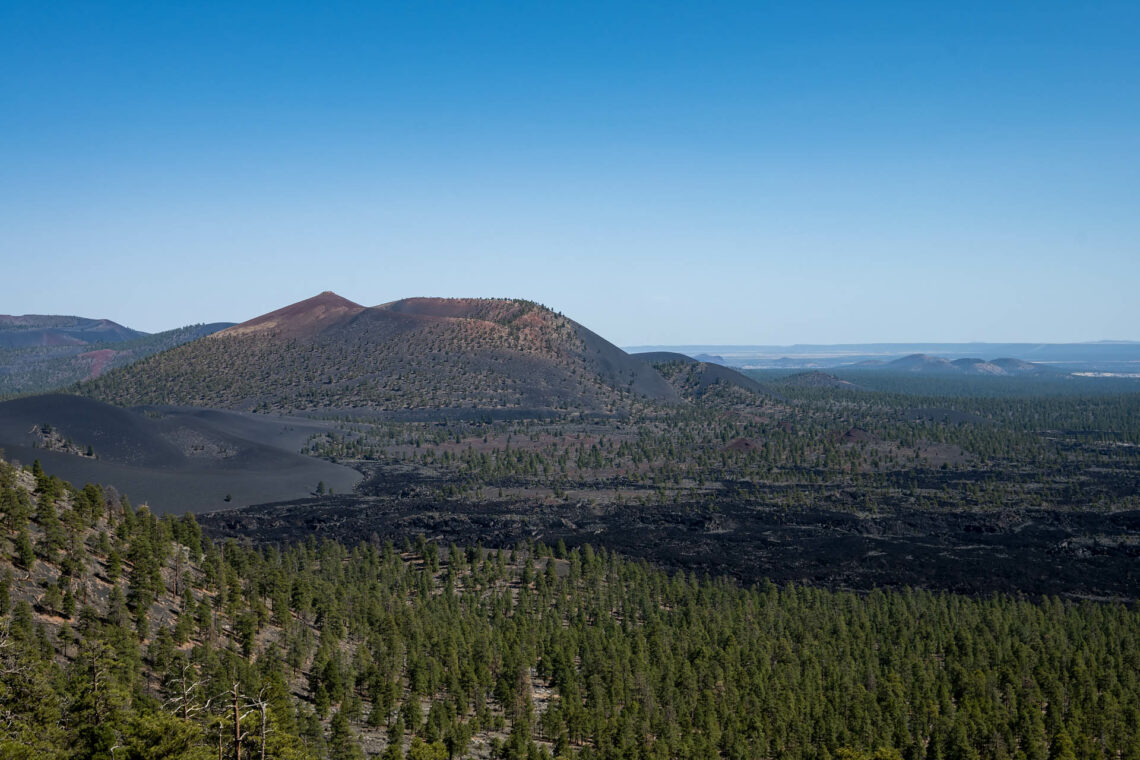 We stumbled across the O’Leary Peak Lookout Trail while searching for a snow-free, spring hike around Flagstaff. It by no means looked epic, but it seemed like it might be a decent little outing. It was a ten-mile round-trip hike to a lookout tower, and seemingly offered some nice views onto nearby Sunset Crater National Monument. Not only did it turn out to be a fun little route just outside the city, but it gave us a great perspective of northern Arizona’s unexpected geology.

The city of Flagstaff sits at the edge of the San Francisco Volcanic Field. The 1,800-square-mile expanse is peppered with some six hundred volcanic cones, including the towering stratovolcano that is San Francisco Mountain. The first volcanic activity in the area began about six million years ago, near the town of Williams, then slowly shifted east over the next several million years. The region’s most recent – and likely, future – eruptive activity is concentrated just northeast of Flagstaff. 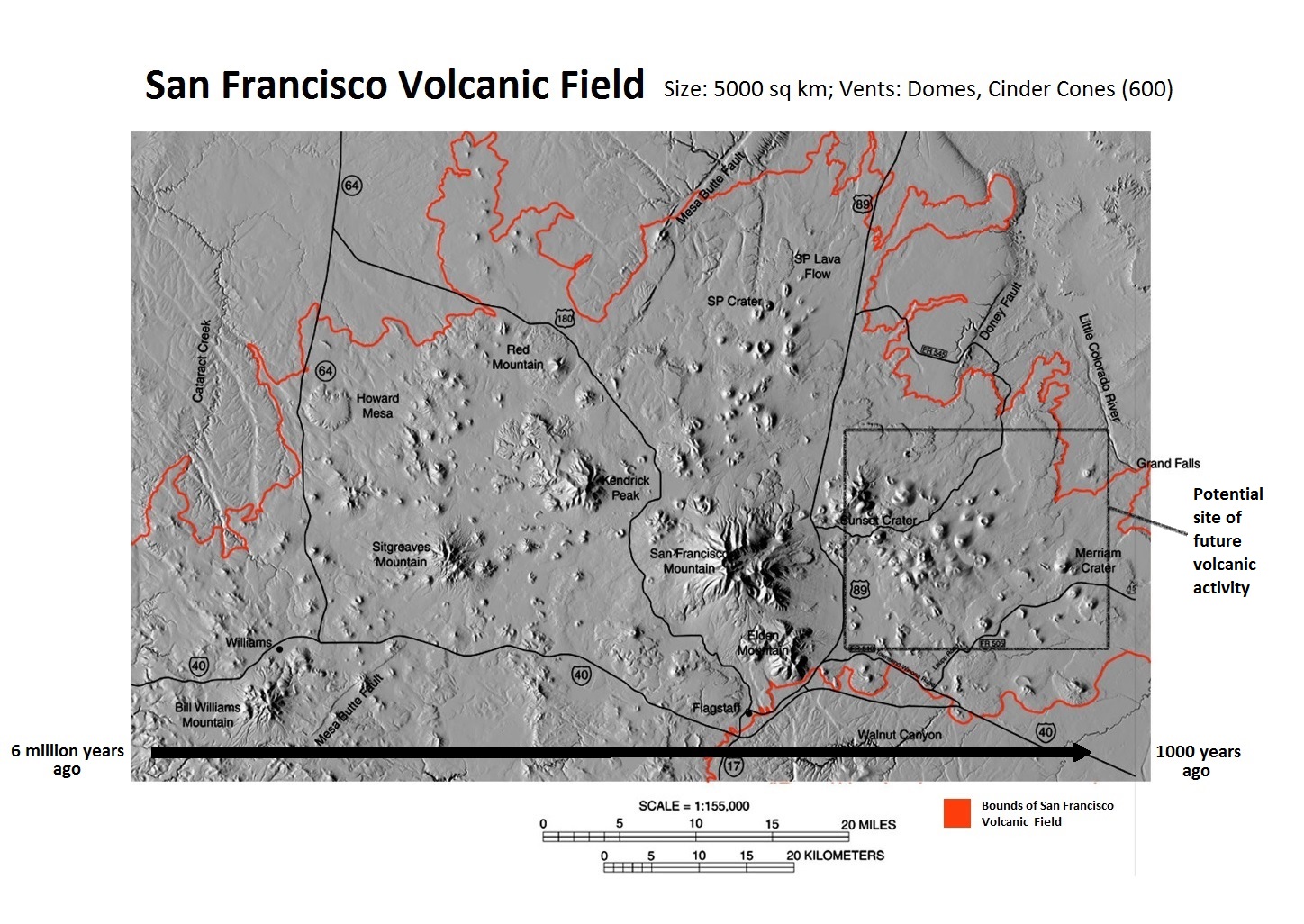 Included in this zone to the northeast is Sunset Crater. The cinder cone is Arizona’s youngest volcano and erupted less than 1,000 years ago. It wasn’t the most catastrophic eruption in history, but the explosion quite literally shook the area. Days of earthquakes preceded the eruption, which occurred around 1064 CE (some estimates suggest 1085 CE). The ground eventually split open, tearing a six-mile-long fracture across the terrain and creating a ‘curtain of fire’ as lava exploded from the fissure to heights of more than 850 feet. Debris was scattered over 900 square miles as an ash cloud rose five miles into the sky – a plume likely visible from areas as far away as Tucson, Las Vegas, and Durango.

Today, the ruddy crater and neighboring Bonito lava flow are a particularly striking part of northern Arizona’s landscape. Covering roughly two square miles along the northwest flank of Sunset Crater, the razor-sharp rock of the ancient flow is up to one hundred feet deep around the center.

Neighboring O’Leary Peak itself is a volcanic dome; and from its slopes you can see not just Sunset Crater and the massive lava flow, but also the dark silhouettes of dozens of cinder cones that stipple the landscape out toward the colorful uplands of the Painted Desert.

The terrain here is otherworldly, and reminded us of a hazy, multicolored moonscape. As it turns out, our vision wasn’t totally without merit. The basaltic terrain of the San Francisco Volcanic Field is so akin to the lunar surface that the area was used to train Apollo astronauts in the 1960s. To further simulate the exact topography of the lunar landing site, Sea of Tranquility, USGS and NASA scientists even created the Cinder Lakes Apollo Training Area. In the volcanic soil around Sunset Crater, geologists used explosives to create replicas the moon’s impact craters. Every astronaut that walked on the moon trained here, field testing lunar rovers, spacesuits and other equipment. Today, the Cinder Lakes Crater Fields are accessible to visitors and are particularly popular with OHV enthusiasts.

Along with its 34-mile scenic drive, Sunset Crater Volcano National Monument offers only a few very short hiking trails, most with a closeup look at the Bonito lava flow. Just outside the monument’s boundaries, though, O’Leary Peak affords a gorgeous birds-eye view of the crater. Typically in search of a longer outing and unique view, we thought a hike up the peak sounded perfect. Perched on O’Leary Peak’s western summit at an elevation of 8,916 feet, a small lookout tower can be reached via a ten-mile out-and-back hike. And unlike most of the trails in the nearby monument, O’Leary Peak is dog-friendly. If you’re interested seeing Sunset Crater from a different perspective and in search of a longer excursion, O’Leary Peak proved to be a surprisingly nice option. 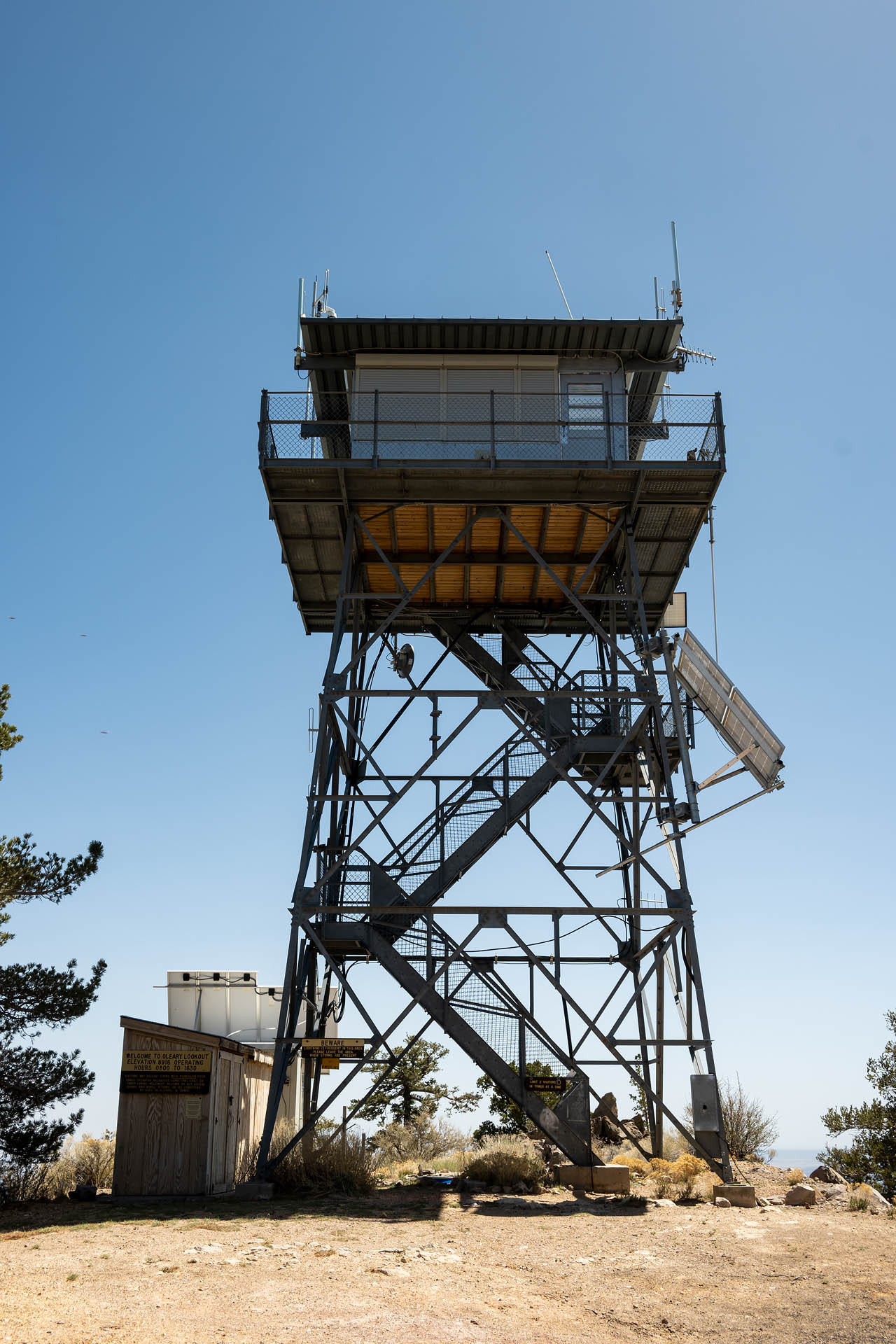 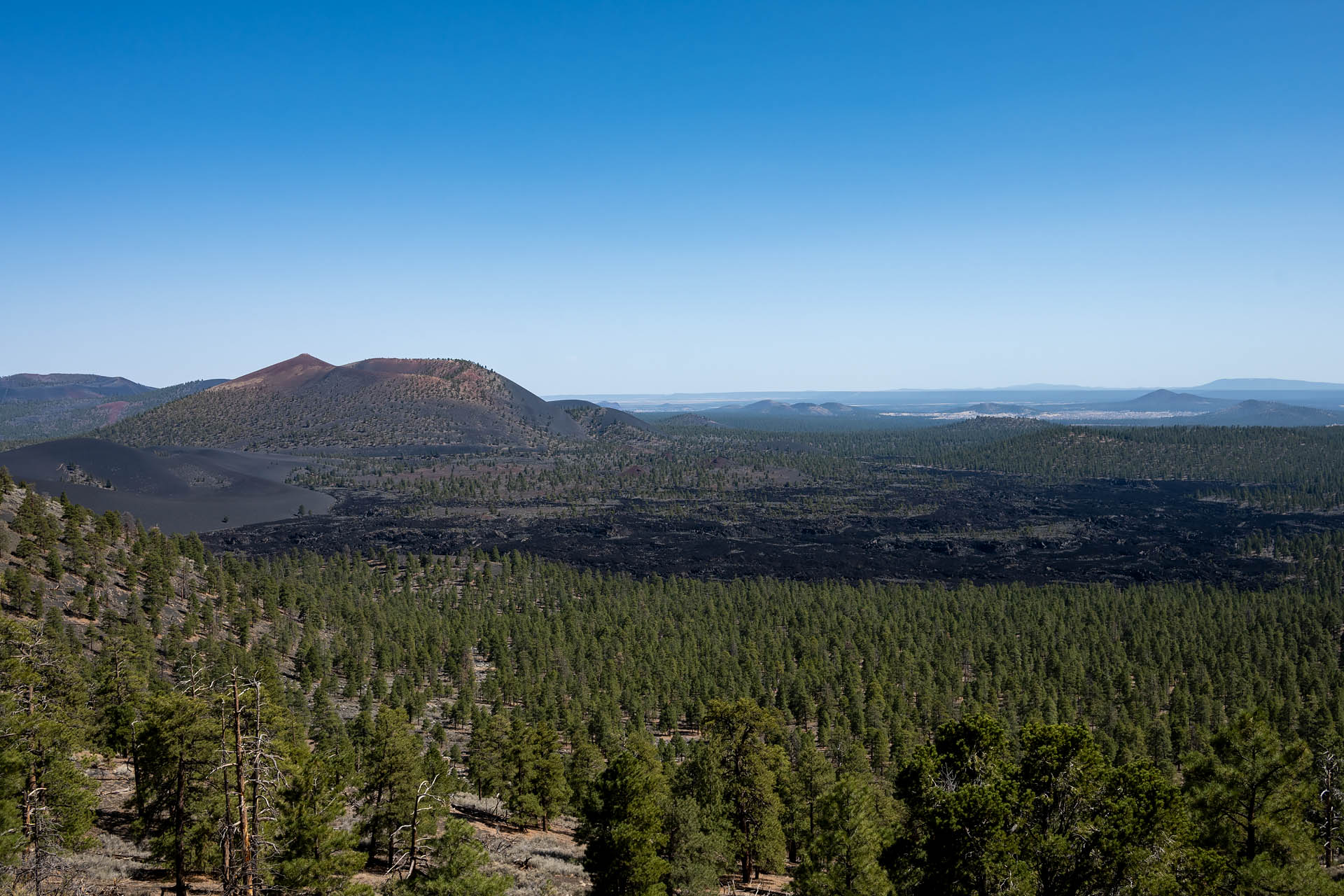 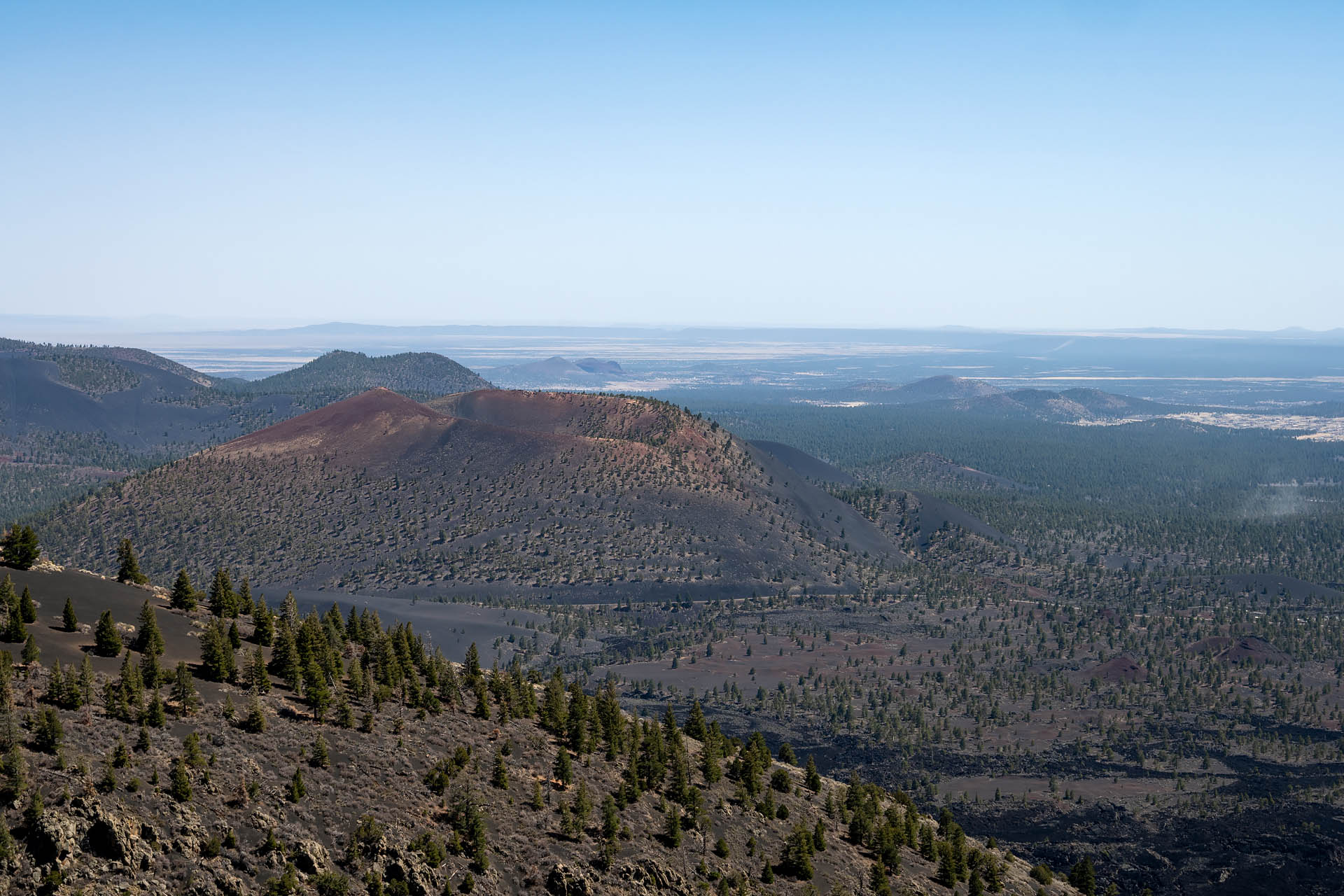 The trail to the lookout tower is actually an obsolete forest road, so the grade is pretty moderate and the terrain in good condition. Like pretty much every hike in Arizona, there’s lots of sun and little shade here, so make sure you’ve got a hat, sunscreen, and surplus of water. The afternoon temperature topped out around 70°F when we hiked, but it felt much warmer on the trail.

The first mile of trail is virtually flat, following the periphery of Sunset Crater’s vast Bonito Lava Flow. The path here offers a little bit of shade as it winds under sparse forests of ponderosa pine and alongside massive piles of jagged, black lava. 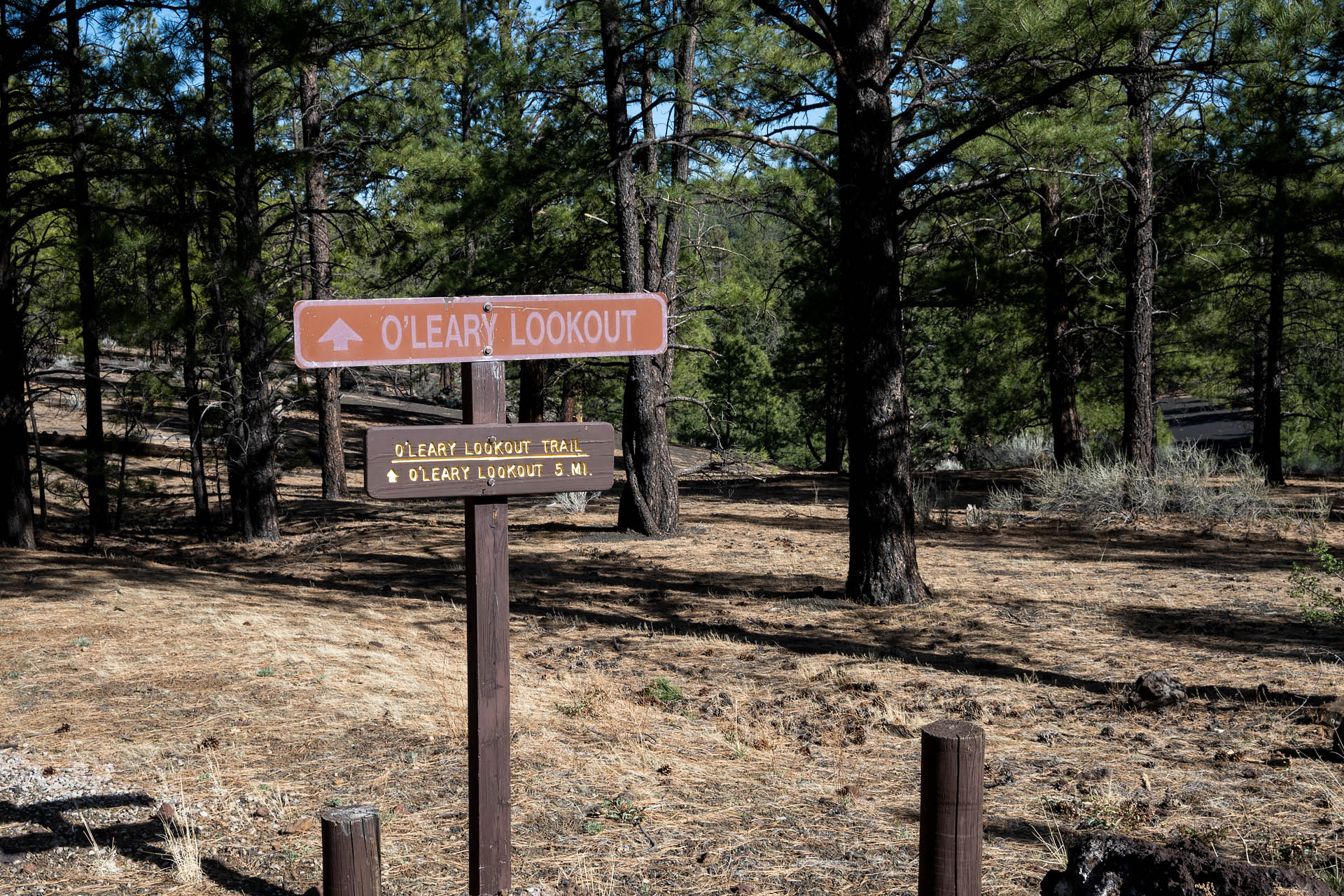 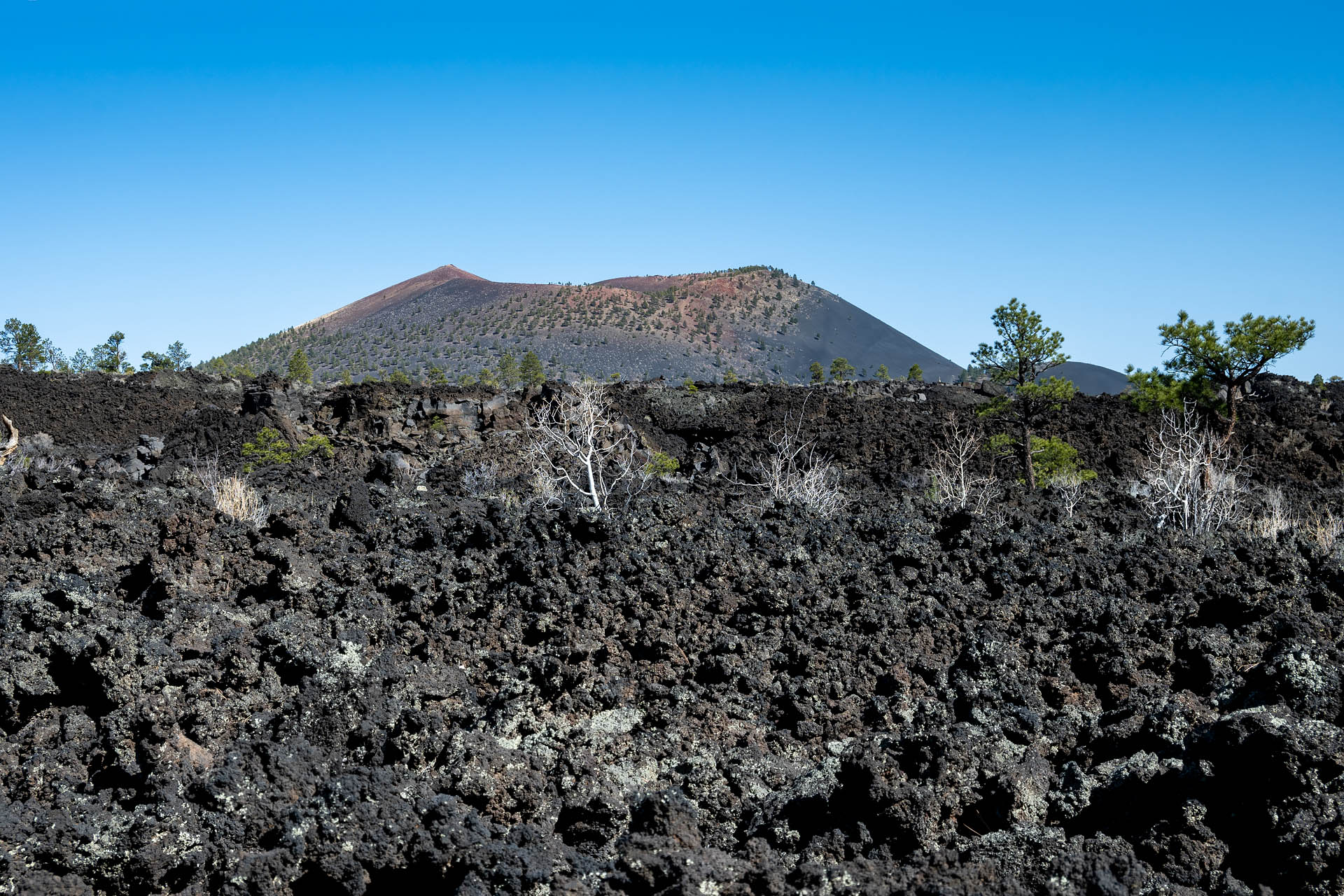 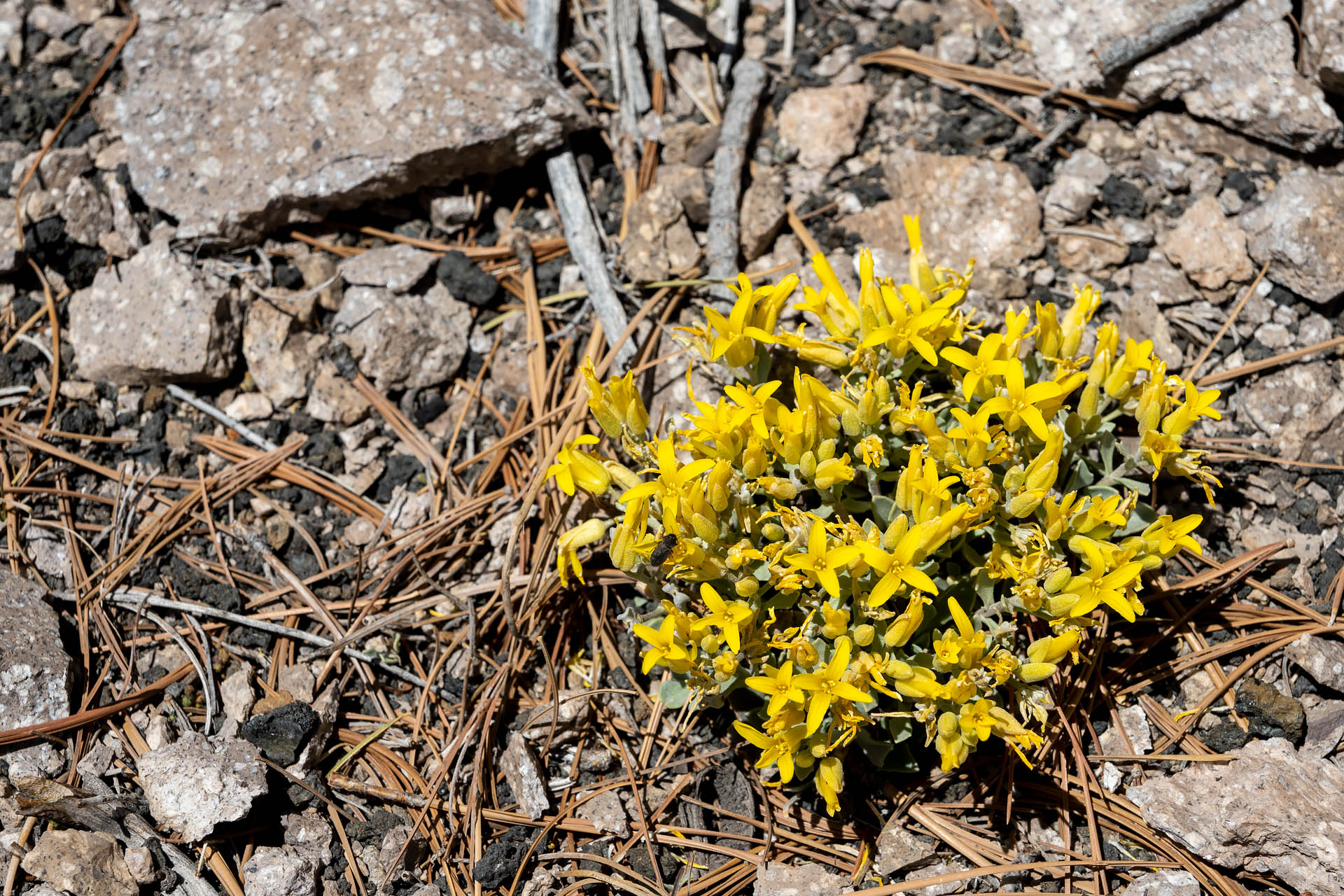 As the road begins to climb, you are instantly rewarded with views onto Sunset Crater’s rust-hued bowl as well as the barren, black expanse of the Bonito Lava Flow. From just several hundred feet above the landscape, you get a great sense of scale of just how much material was ejected during the eruption. 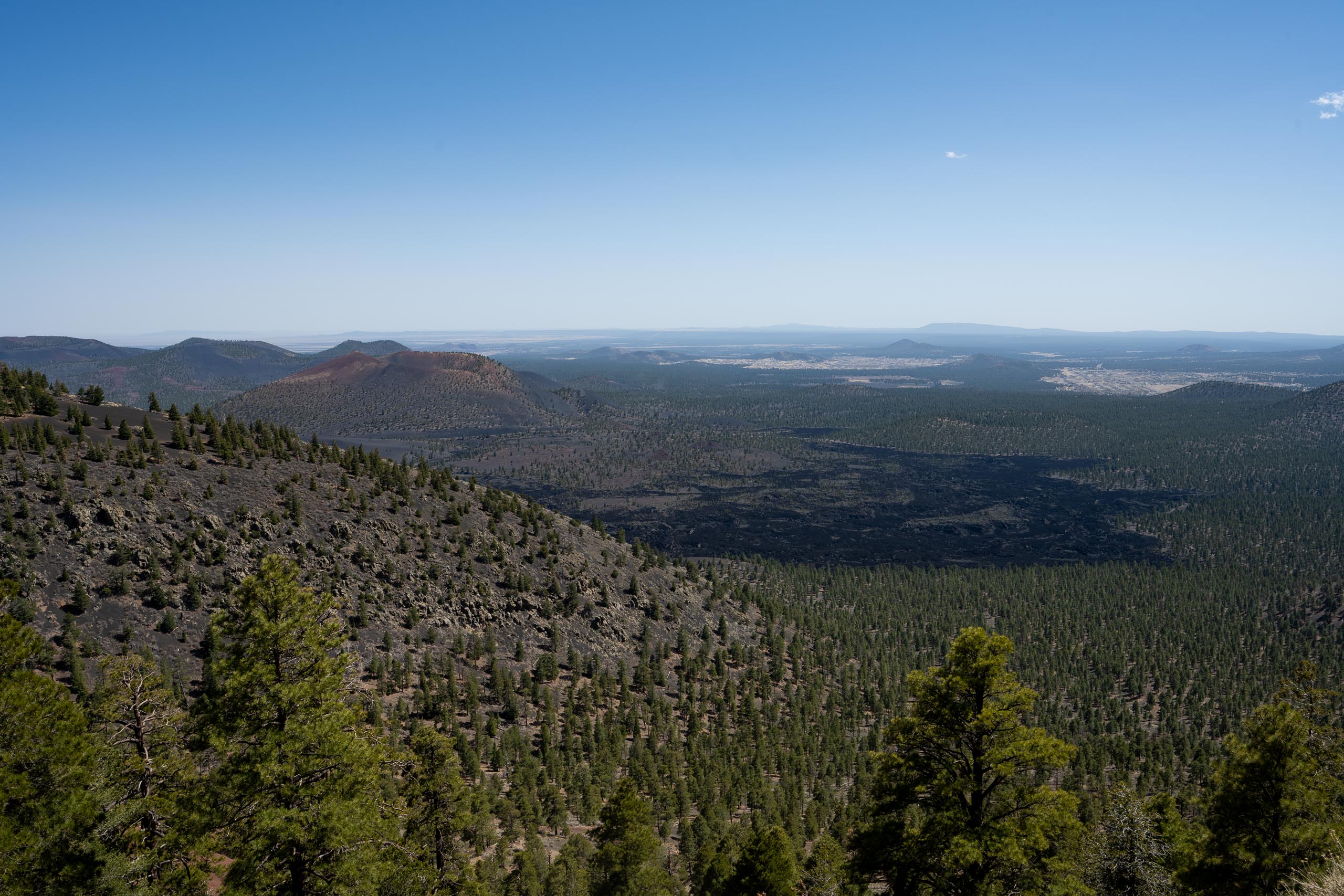 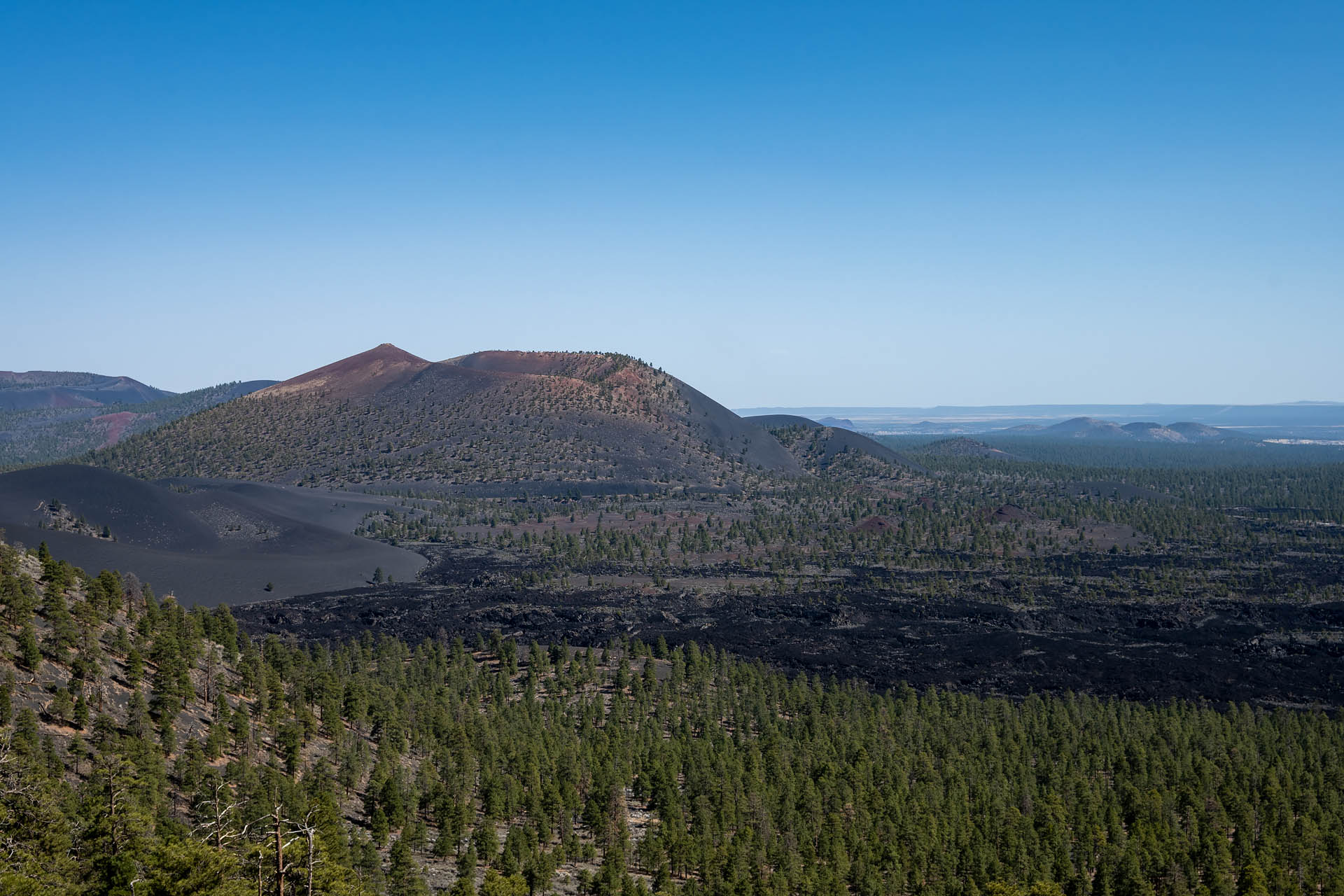 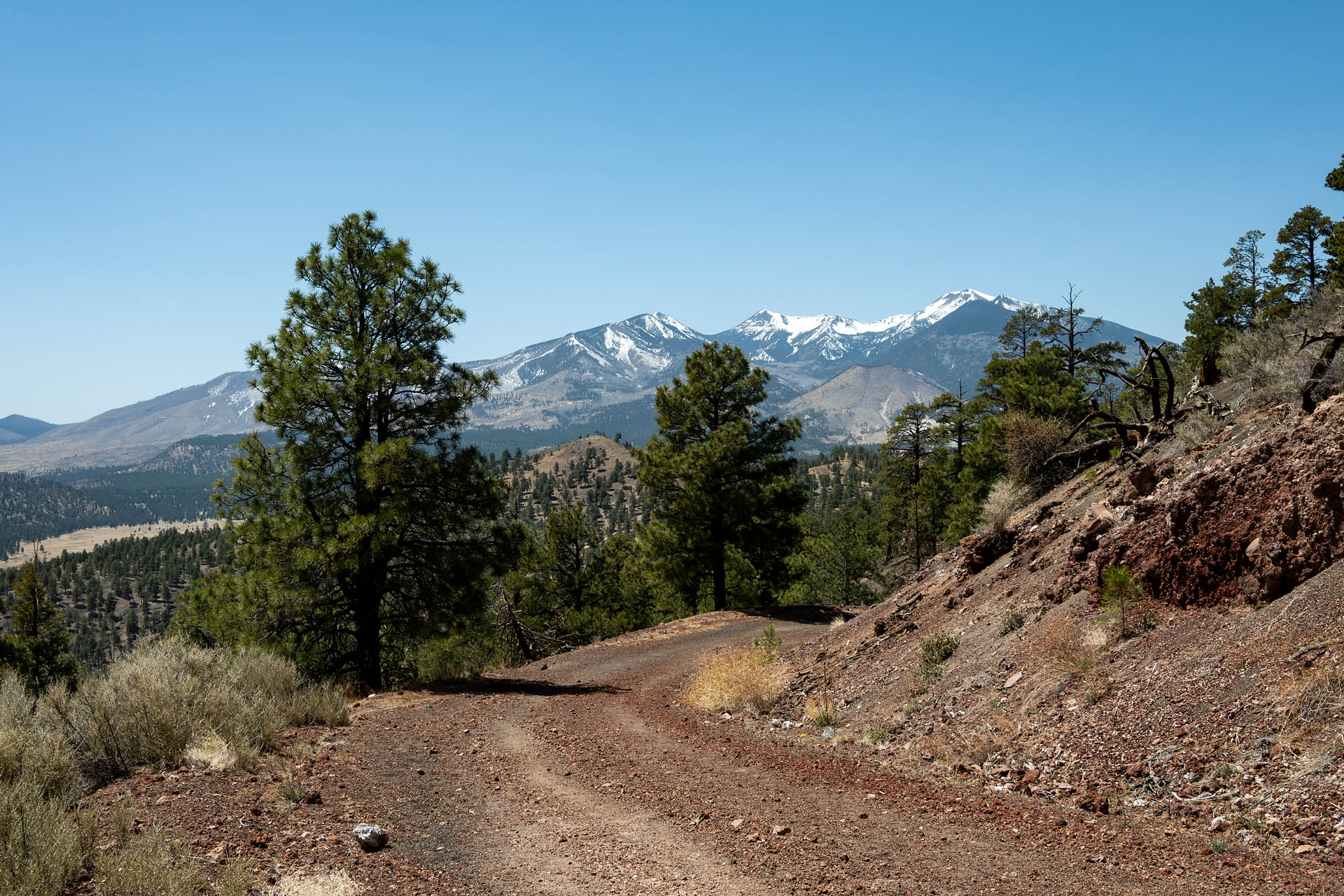 From the top of the peak, the spectacular views of Sunset Crater and the sprawling lava field to the southeast endure. Additionally, you’re also treated to some nice views of San Francisco Mountain – whose highpoint, Humphreys Peak, is Arizona’s highest point at 12,633 feet. To the east, you can make out even more cinder cones as well as the colorful terrain of the Painted Desert stretching endlessly into the distance. 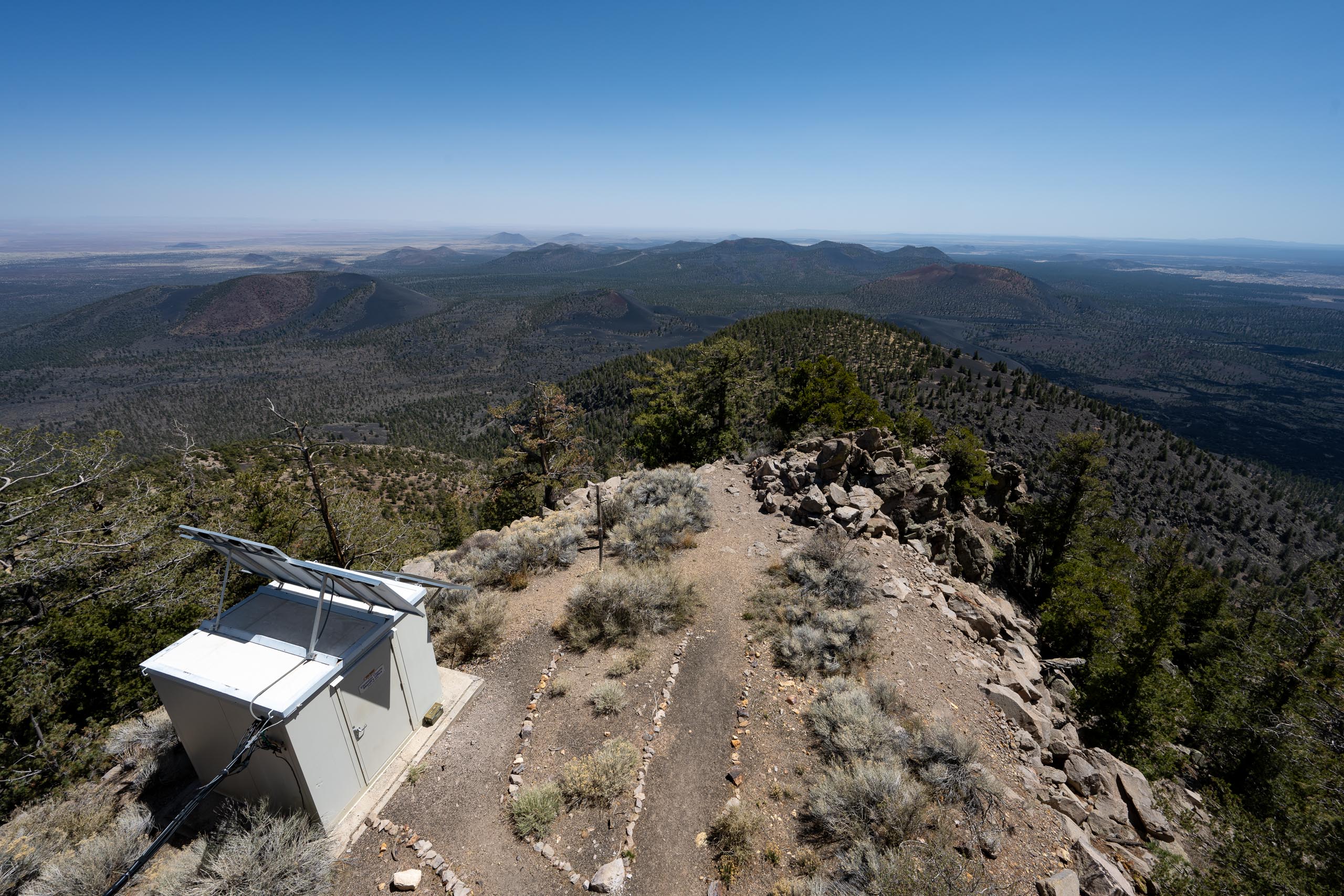 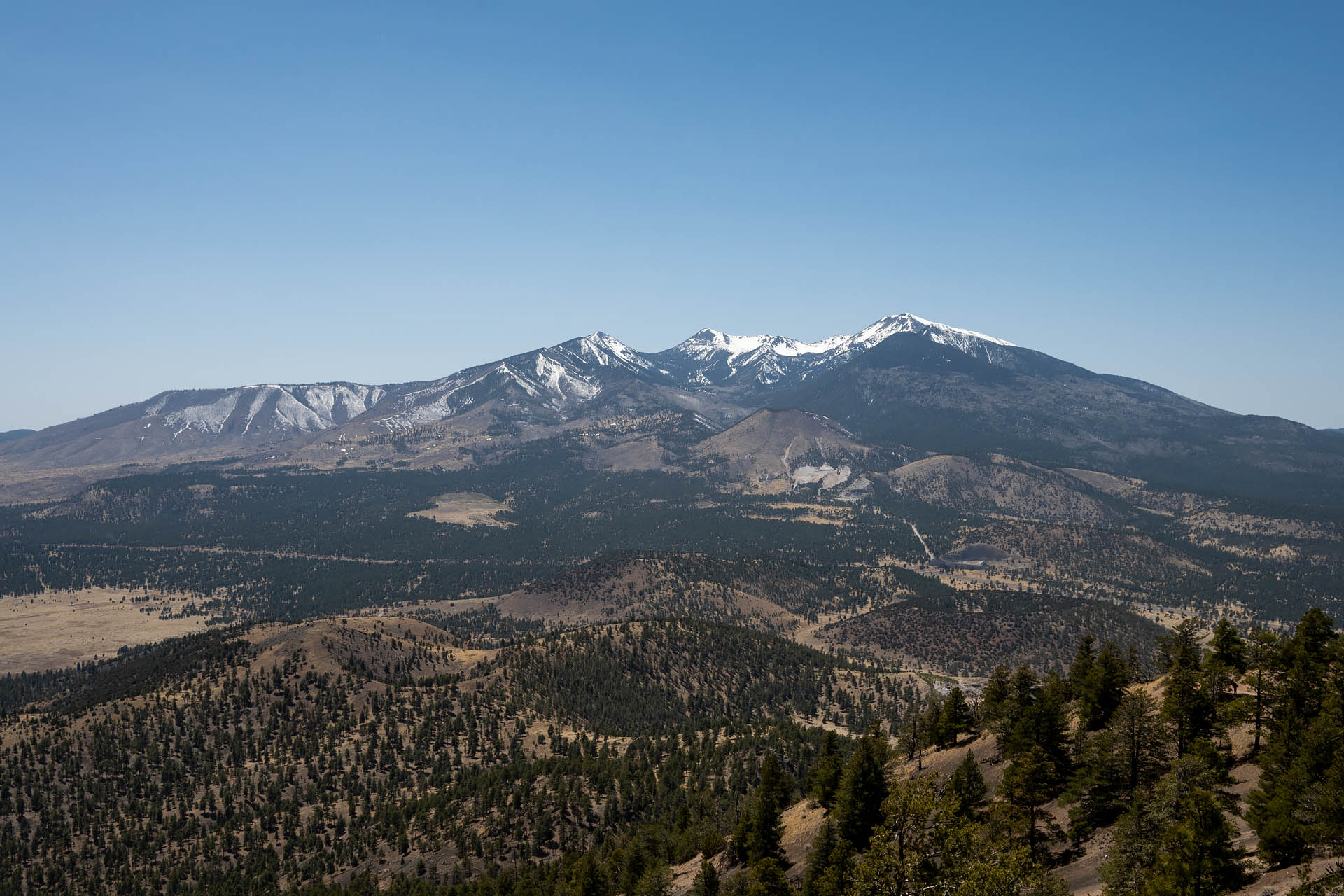 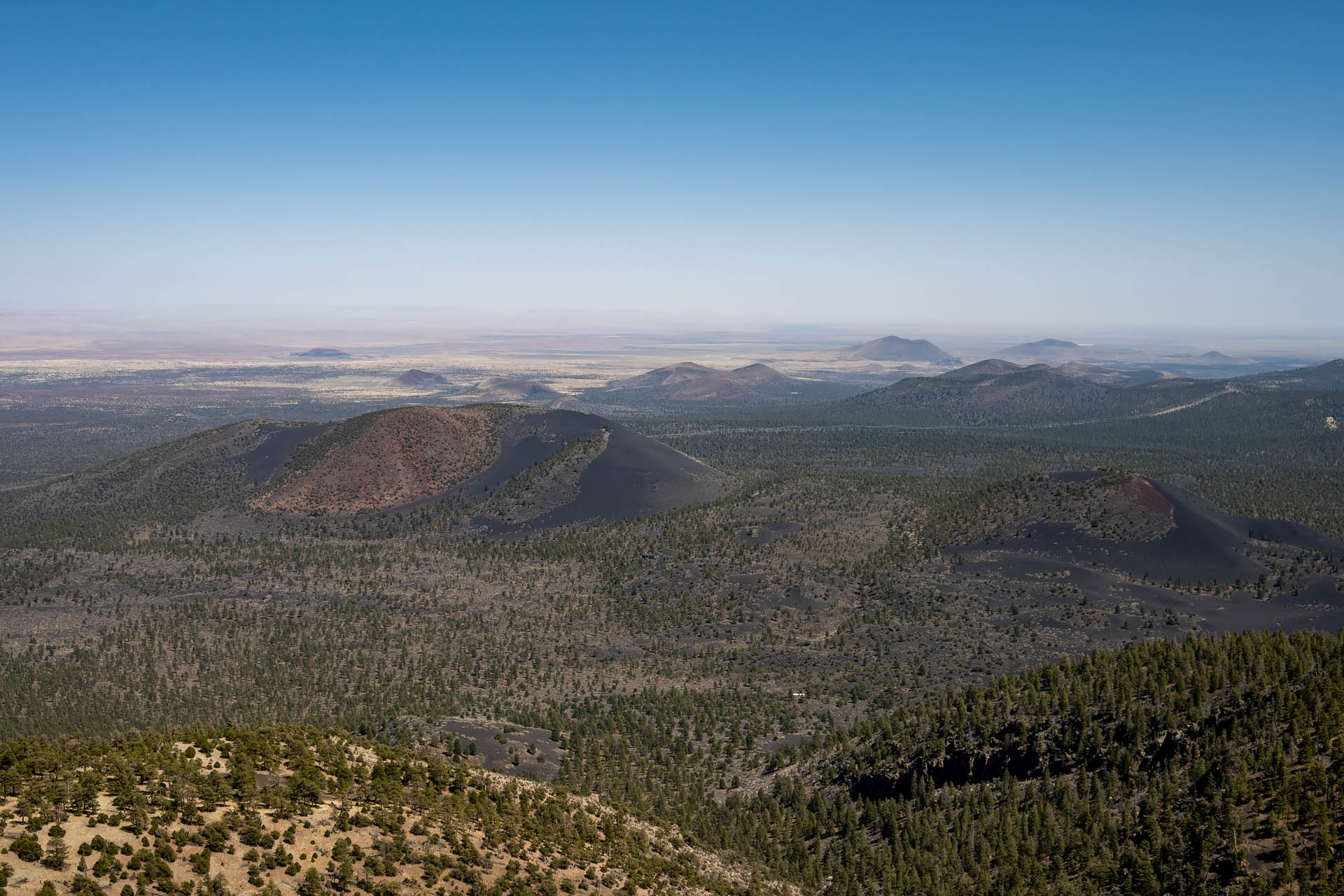 In the end, we ended up being totally surprised by how much we enjoyed this trail – both for its scenic and historic interest. If you’re a geology nerd, history nerd, space nerd, or even just someone looking for a decent hike around Flagstaff, this one’s definitely a good one. 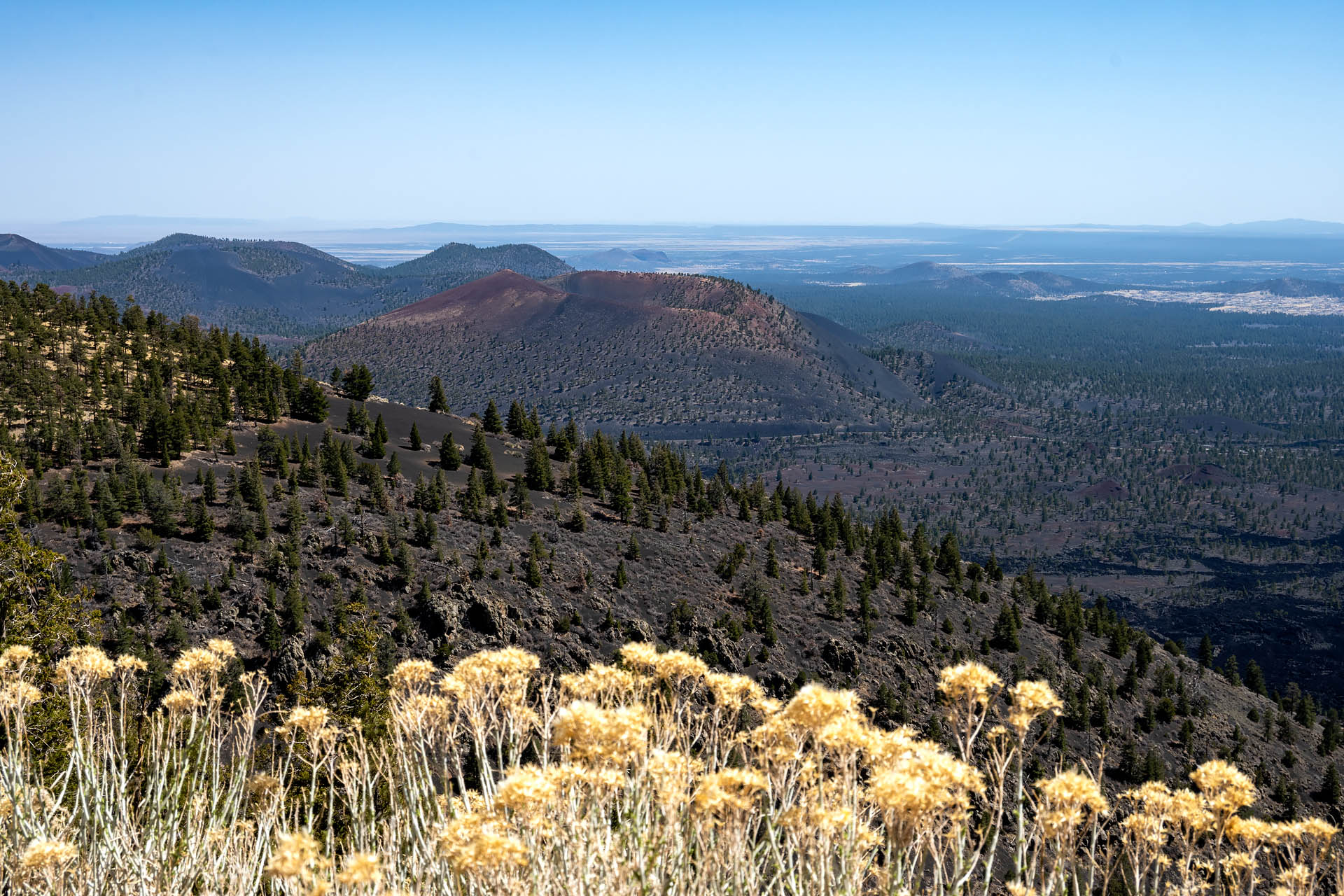 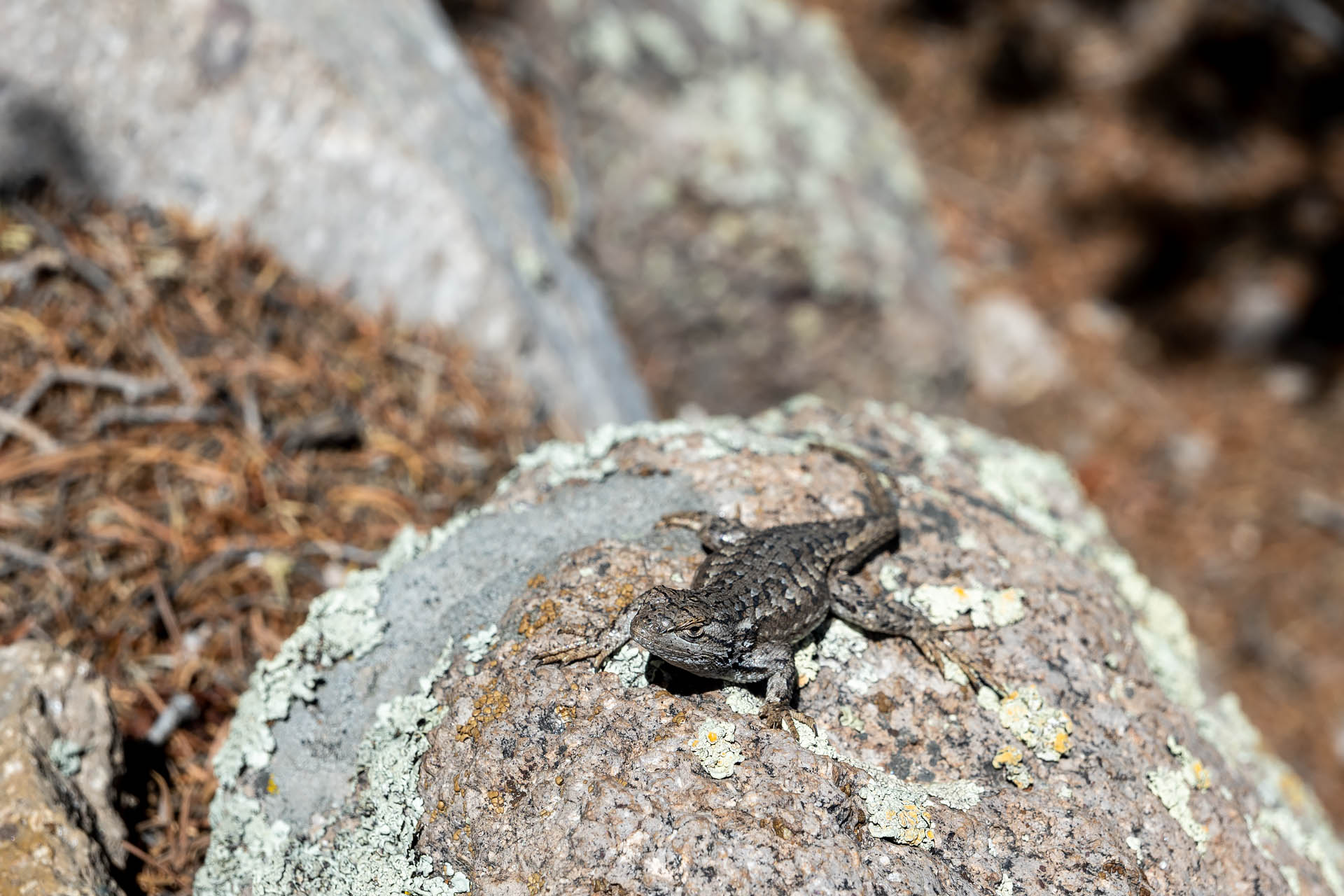 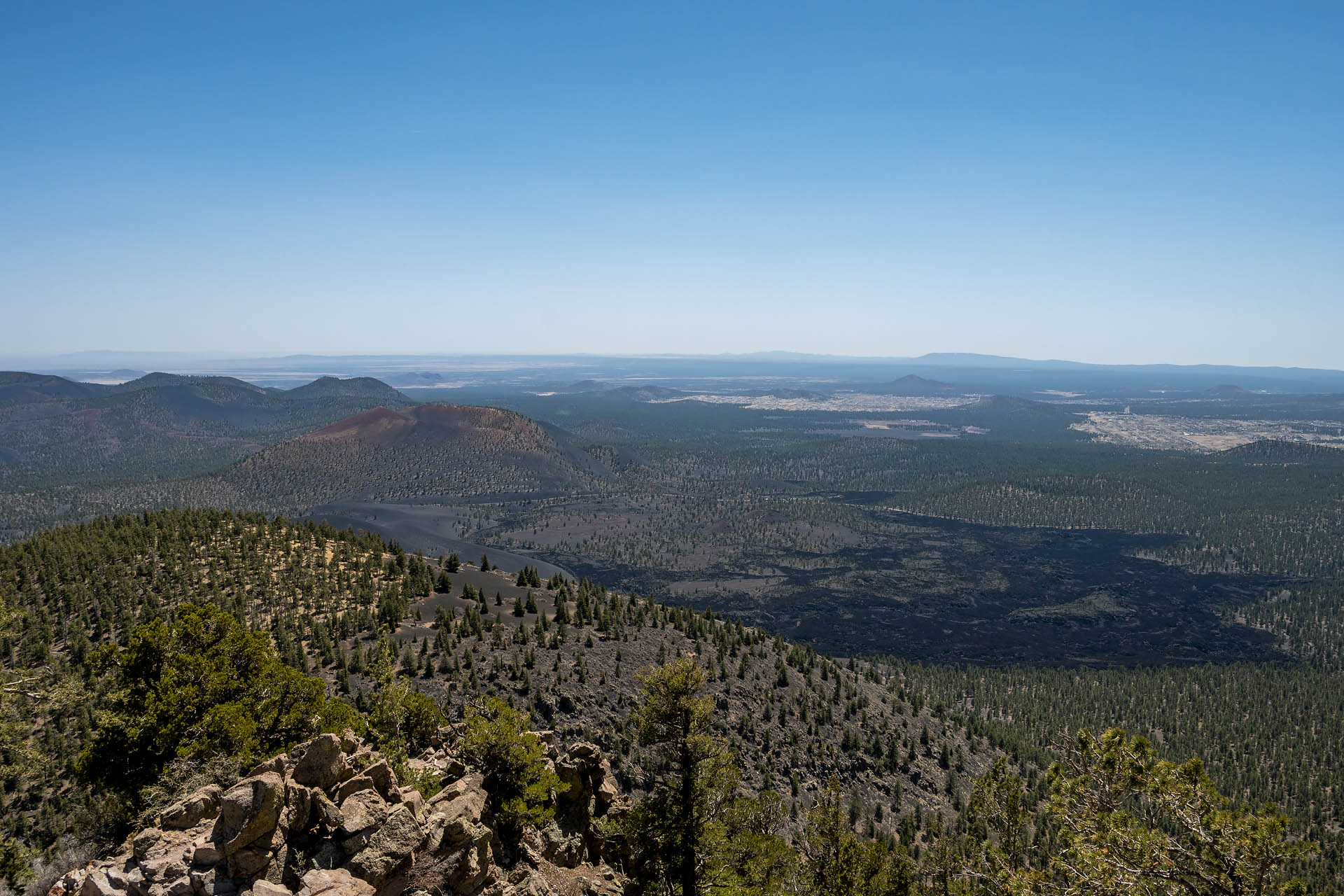 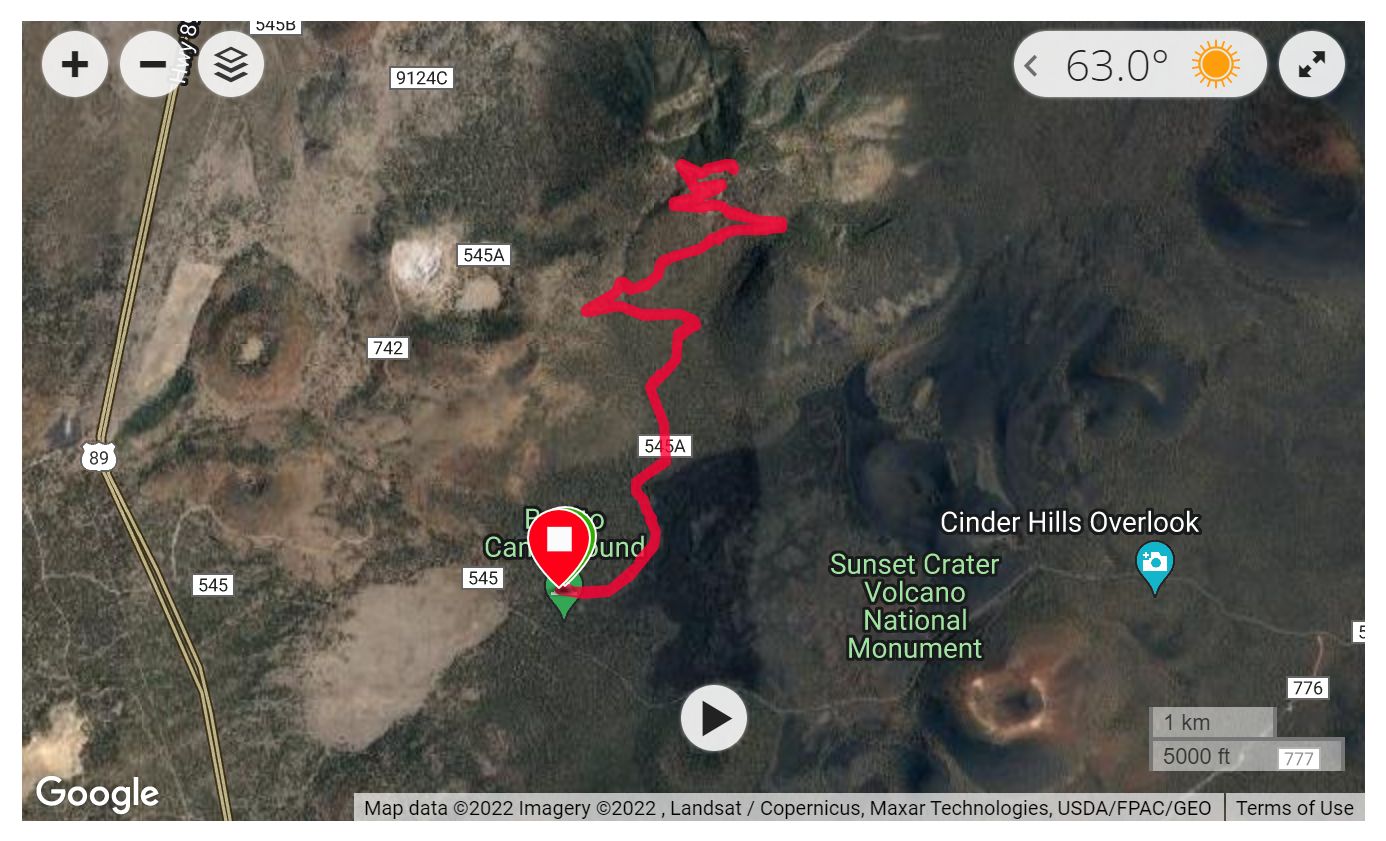 Update: Within hours after writing this, the Tunnel Fire sparked just north of Flagstaff. Four days later (21 April 2022), the fire swelled to 20,000 acres and the Park Service announced that Sunset Crater Volcano National Monument had “burned in its entirety.” Fortunately, the park was able to salvage all culturally-significant items from the visitor center, however the monument will remain closed indefinitely. We felt just gutted by the news. We visited just hours before the fire ignited, and found ourselves kind of taken with this surprising little gem.