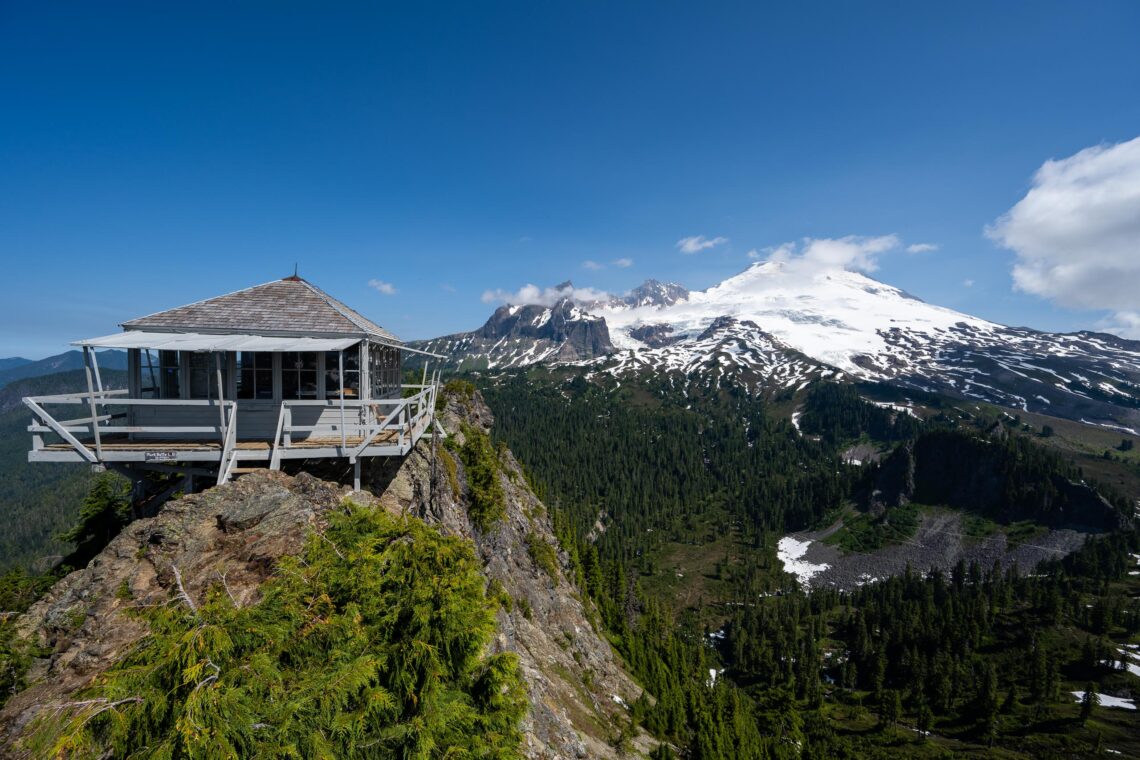 One of the more popular routes in the Mt. Baker Wilderness is the Park Butte Trail – an eight-mile out-and-back that leads to one of Washington’s ninety-three historic fire lookouts.

Park Butte Lookout was built in 1932. However, records suggest that the site atop the butte was used to spot fires as far back as 1926, years before a permanent structure was built. The lookout was used by the Forest Service for three decades, until the Skagit Alpine Club assumed its upkeep for recreational use beginning in the 1960s. Today, the alpine club continues to maintain the one-room, 14’ x 14’ structure for overnight camping stays. The lookout is available on a first-come first-served basis, so if you’re lucky enough to arrive at the shelter first on a given morning, you could have one heck of a scenic sleepover.

The trailhead for Park Butte is about 40 minutes north of the town of Concrete, along the North Cascades Highway (SR-20). The 21-mile drive via Baker Lake Road, NF-12 and NF-13 is pretty straightforward, and the roads are very well-maintained compared to other forest service roads we’ve driven.

Park Butte Trail #603 begins along Sulphur Creek where a wooden footbridge leads across the small stream. The trail then pops in and out of forests and wildflower meadows for the first couple miles until intersecting with the Railroad Grade Trail – a boot path that leads to Easton Glacier and popular climbing route for summiting Mt. Baker. 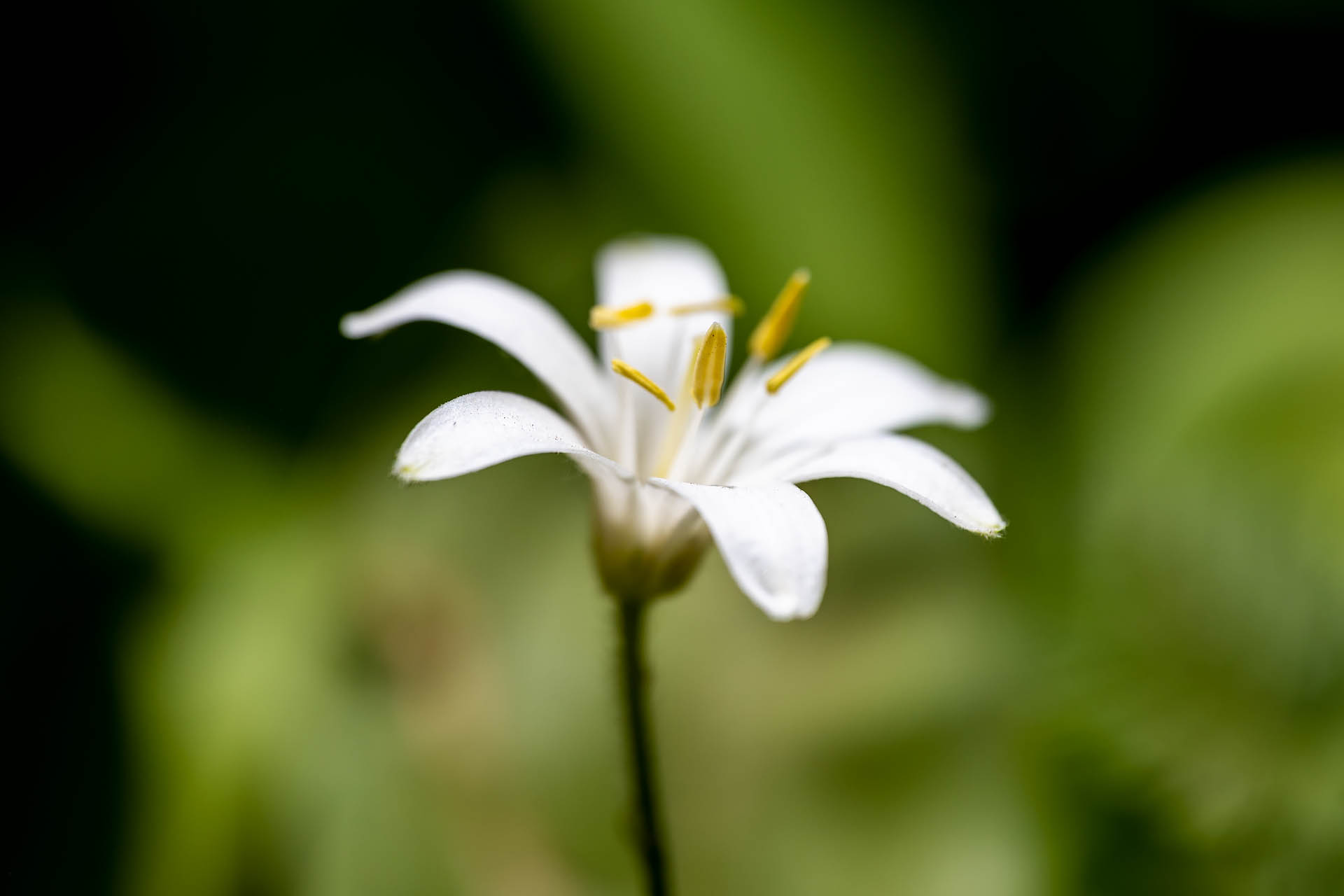 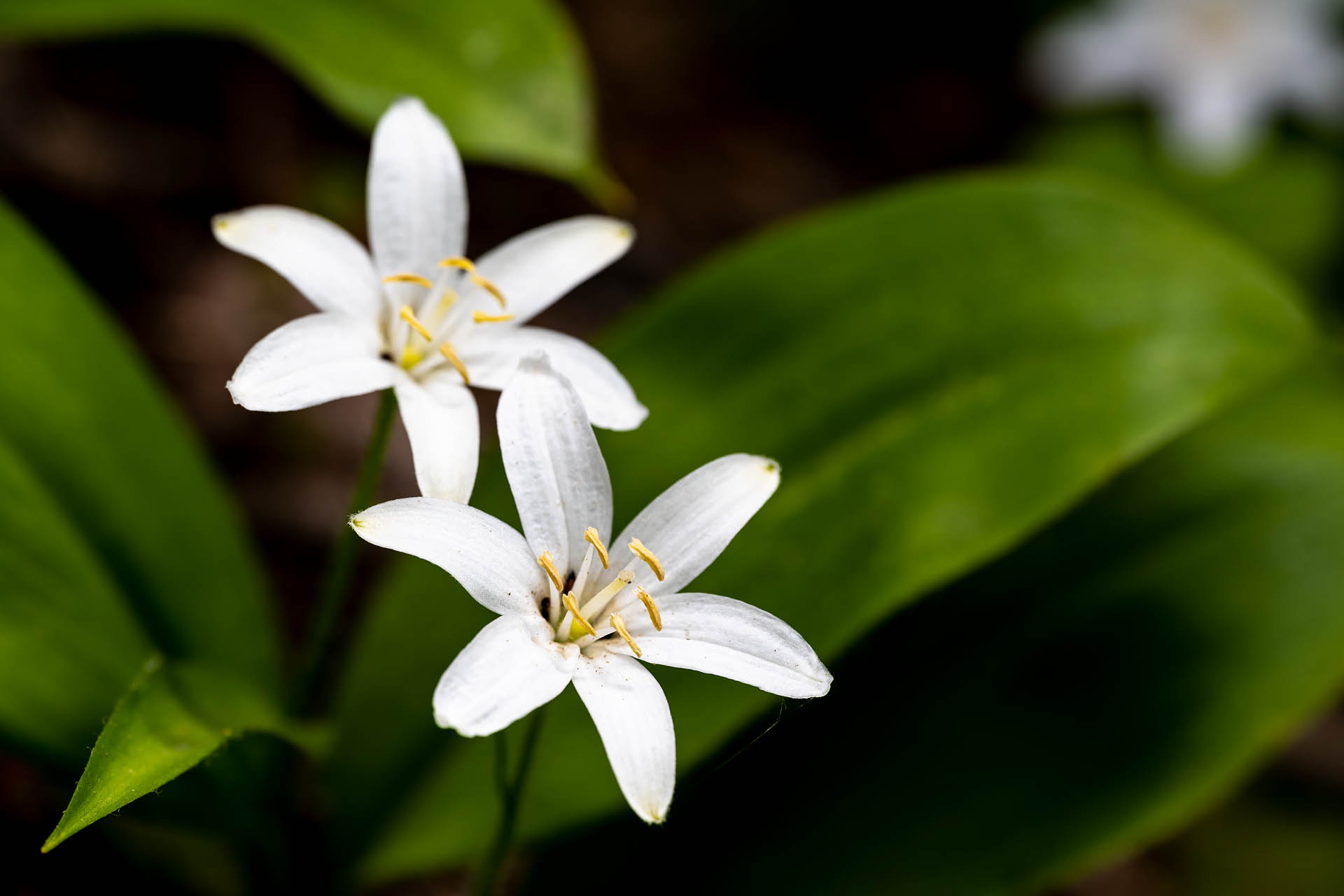 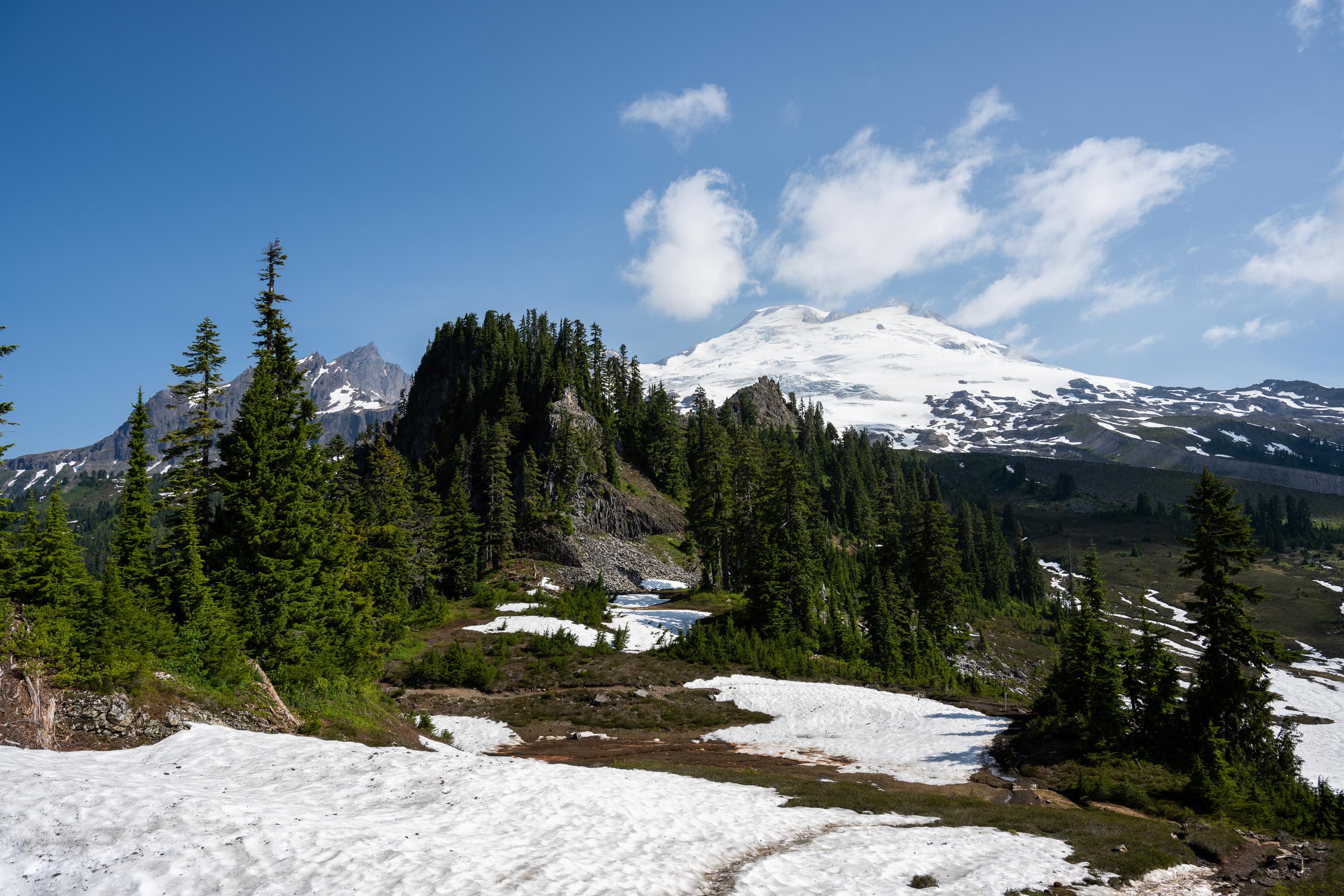 Keeping left at the junction, the trail continues to climb fairly gently through alpine meadows until reaching a second intersection at Bell Pass Junction. Again staying left, the trail turns south for about 0.7 miles before making the last half-mile ascent to the lookout. With the trail largely broken out from the tree line, there are amazing views of Mt. Baker for the entire second half of the hike. 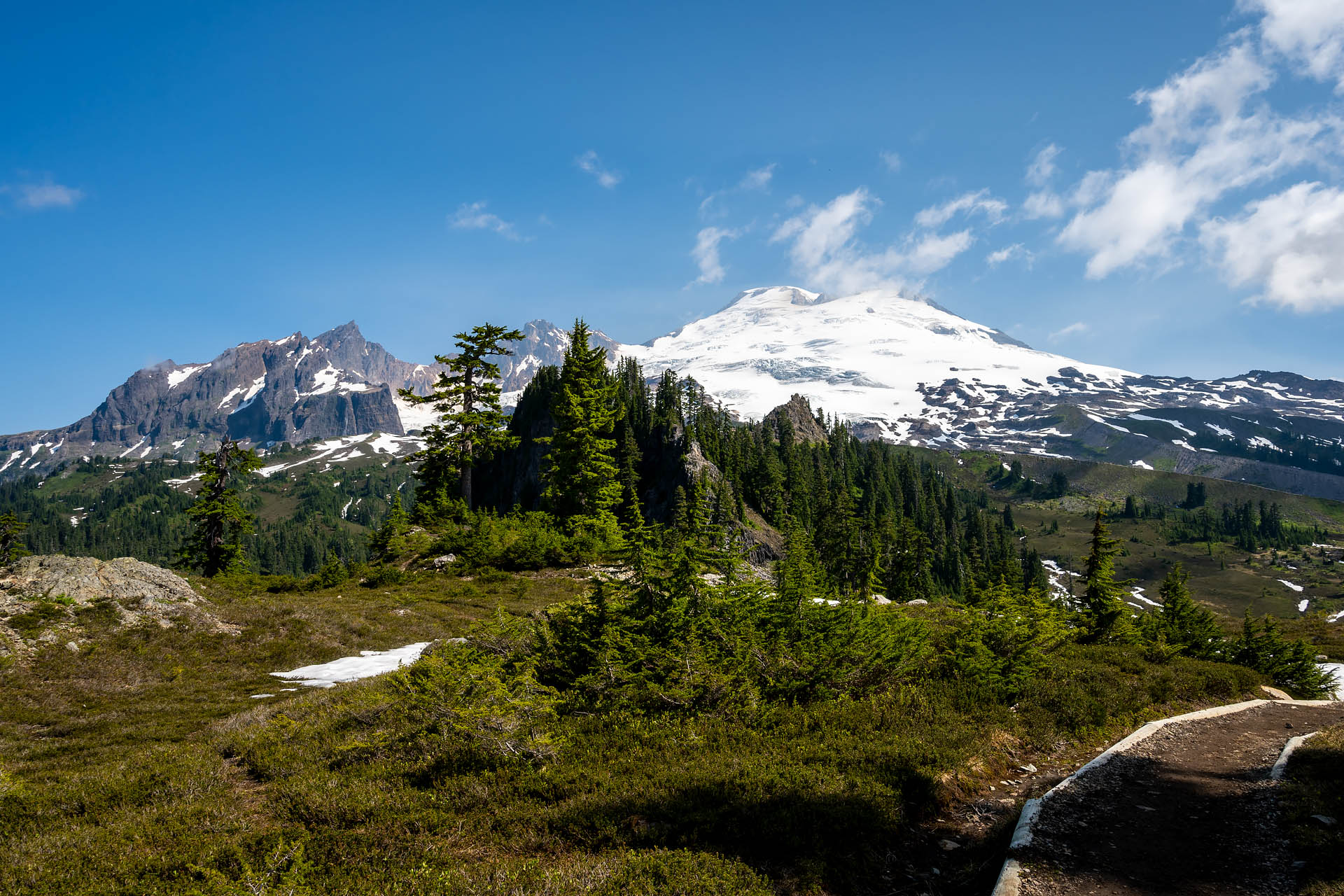 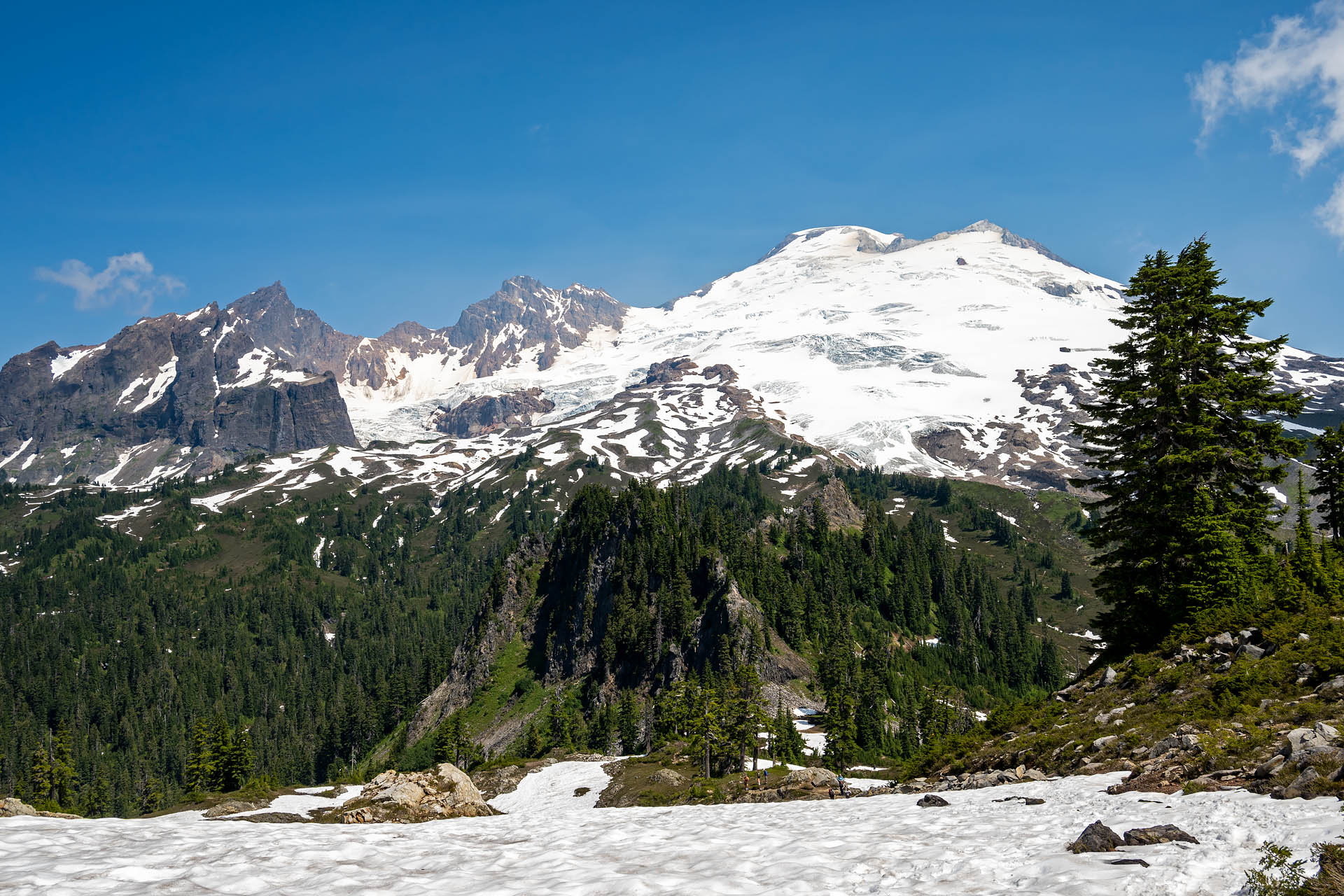 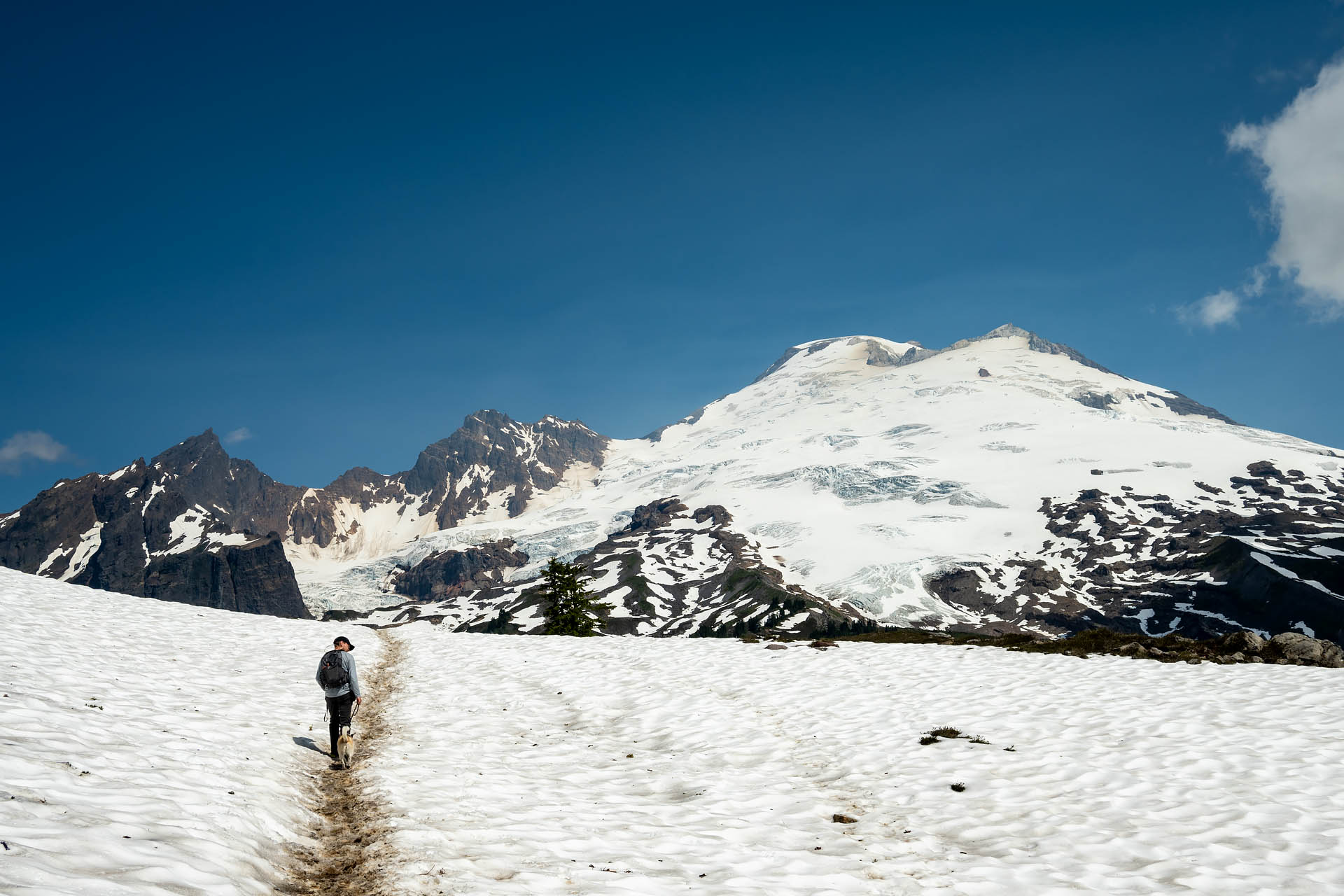 Perched atop Park Butte at an elevation of 5,450 feet, the historic lookout offers an absolutely insane view of Mt. Baker’s glaciated summit. To the north, you can look out on the massive ice sheets of Deming and Easton Glaciers, as well as the craggy spires of the Black Buttes (Lincoln and Colfax Peaks). 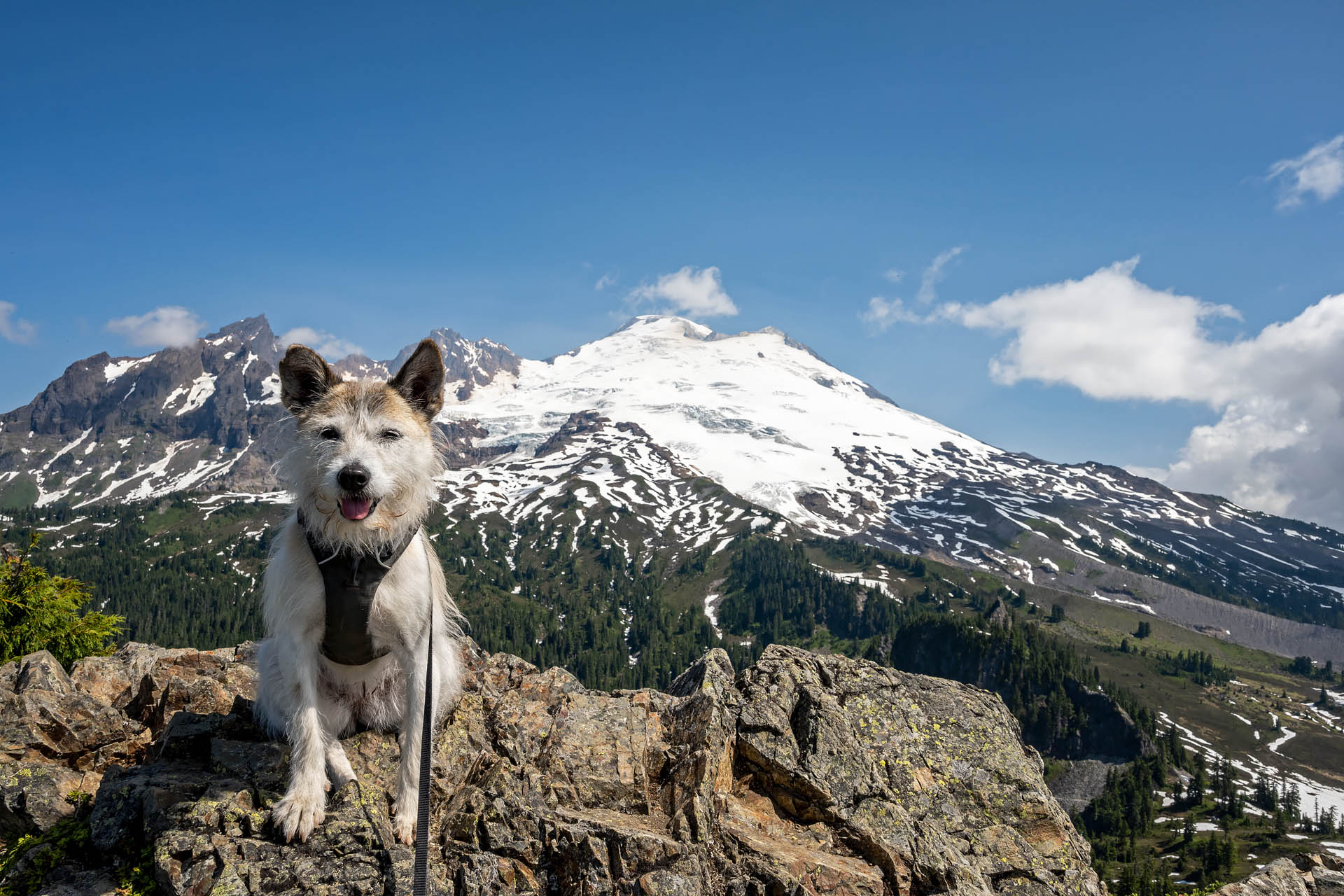 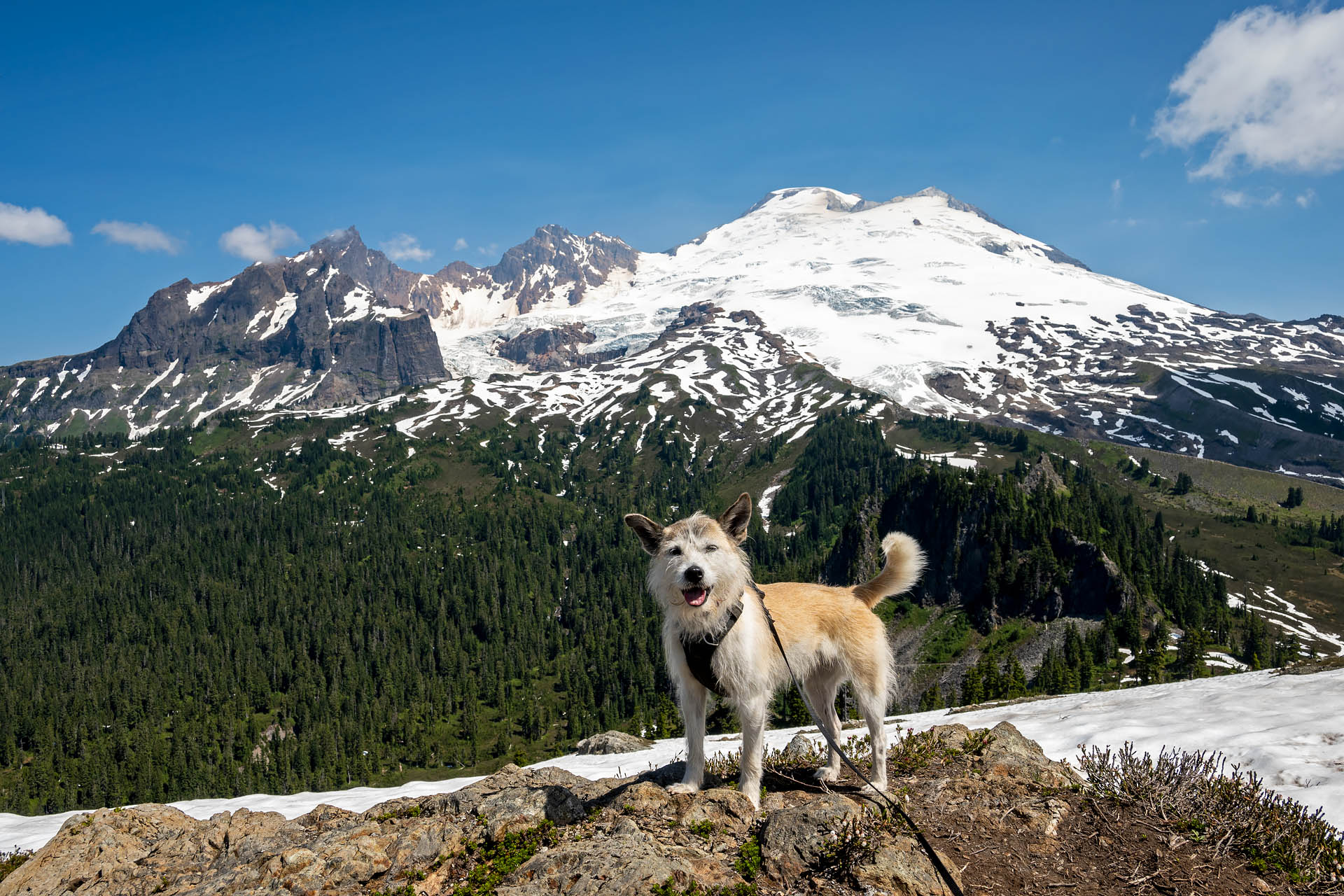 Looking west, the views out to the Twin Sisters and Nooksack River Valley are equally impressive. We arrived at the lookout around mid-morning, and couldn’t believe there was just one other pair of hikers atop the butte – a couple who were both shocked and thrilled to discover an empty lookout to claim for the night. It was kind of fun to share in their excitement as we scoped out the interior and watched them unfurl their sleeping bags. While there was still a good amount of snow on the trail, we had certainly expected to see much more hiking traffic than we did. 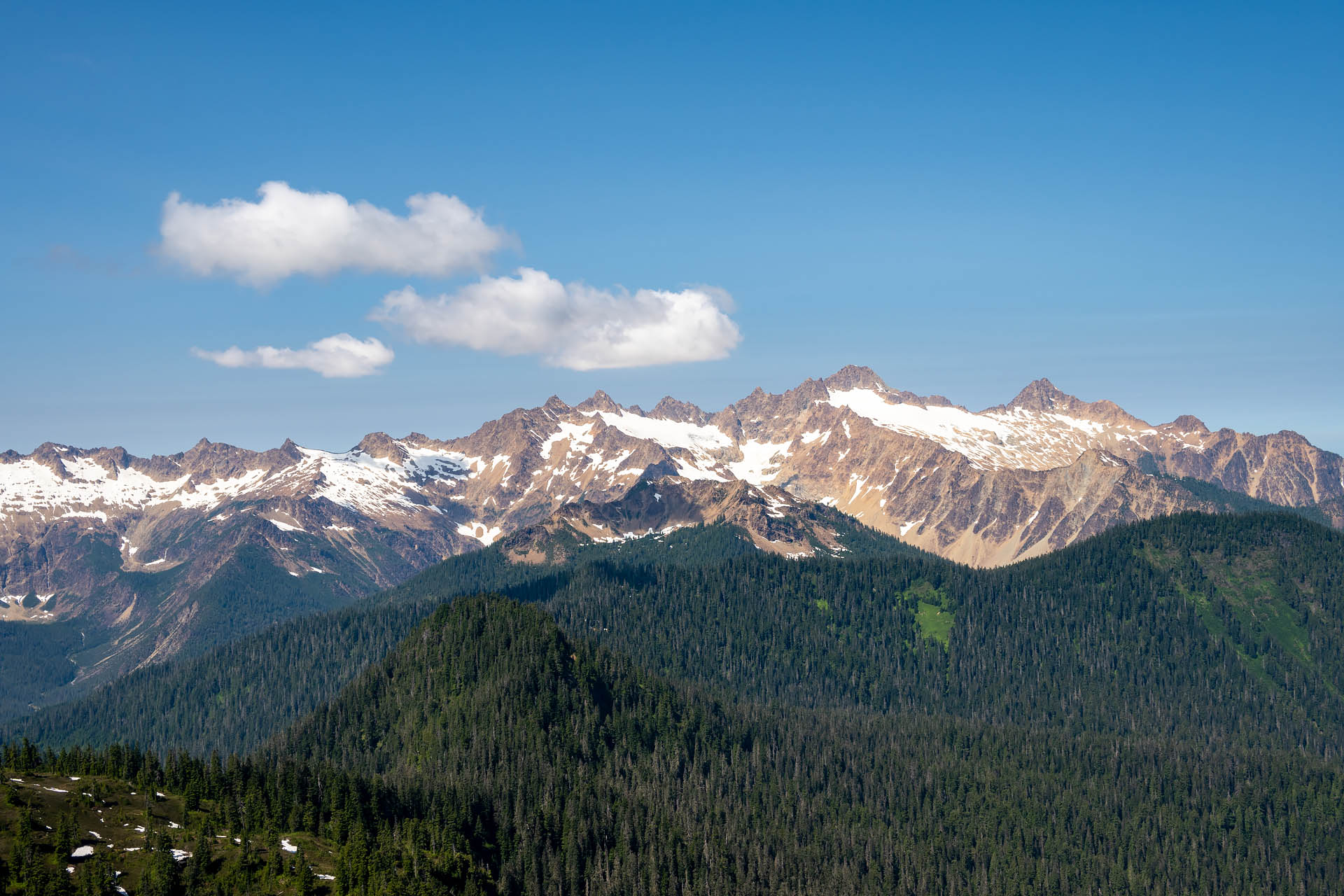 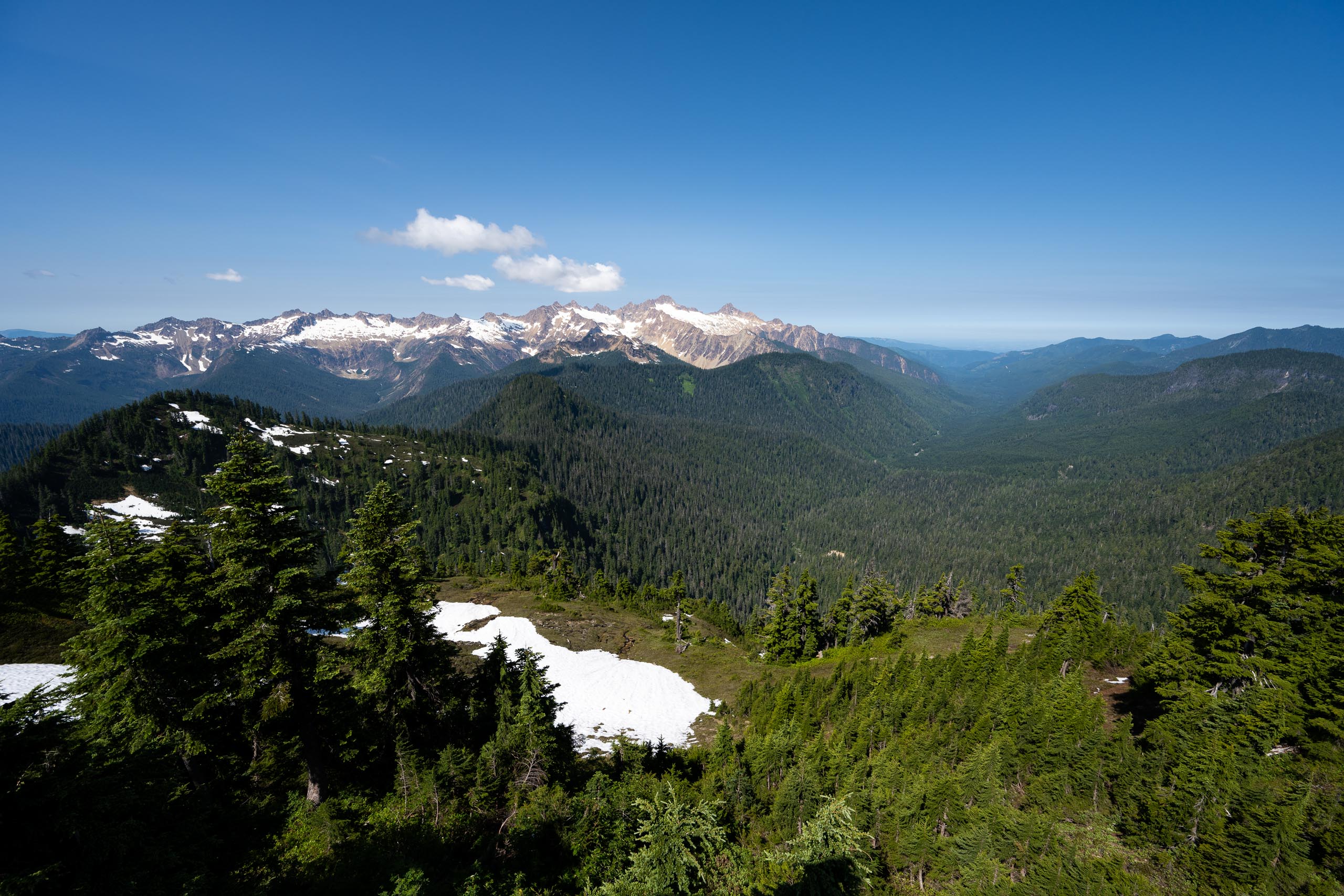 Overall, this was a stunning hike. The lookout is super cool and would be a killer place to spend a night if you’re lucky enough to nab it. The one downside is that the butte’s summit is wicked small. There’s no place to stand other than the narrow catwalk that wraps around the lookout’s exterior, so I can see it being somewhat unpleasant on a busy day. 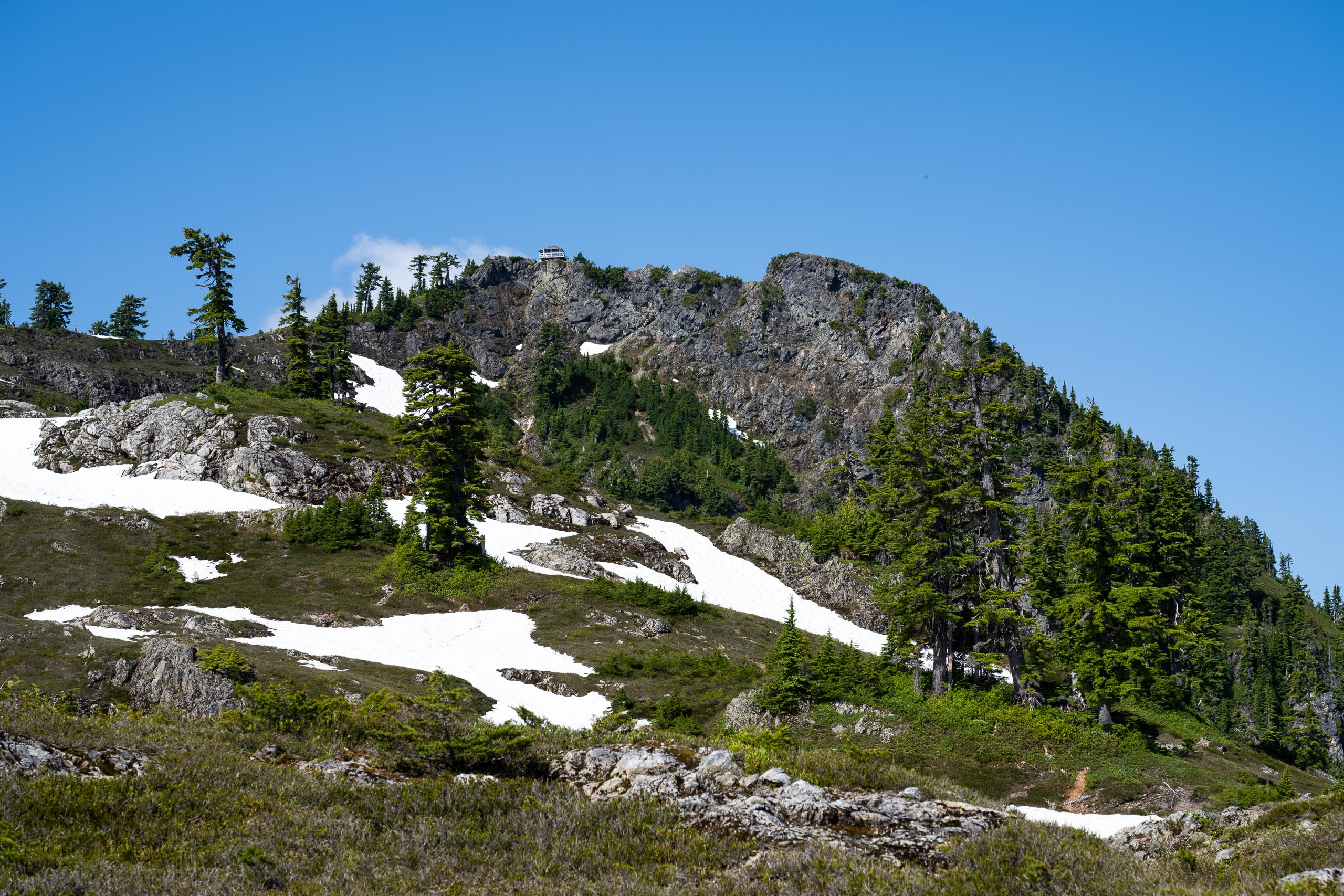 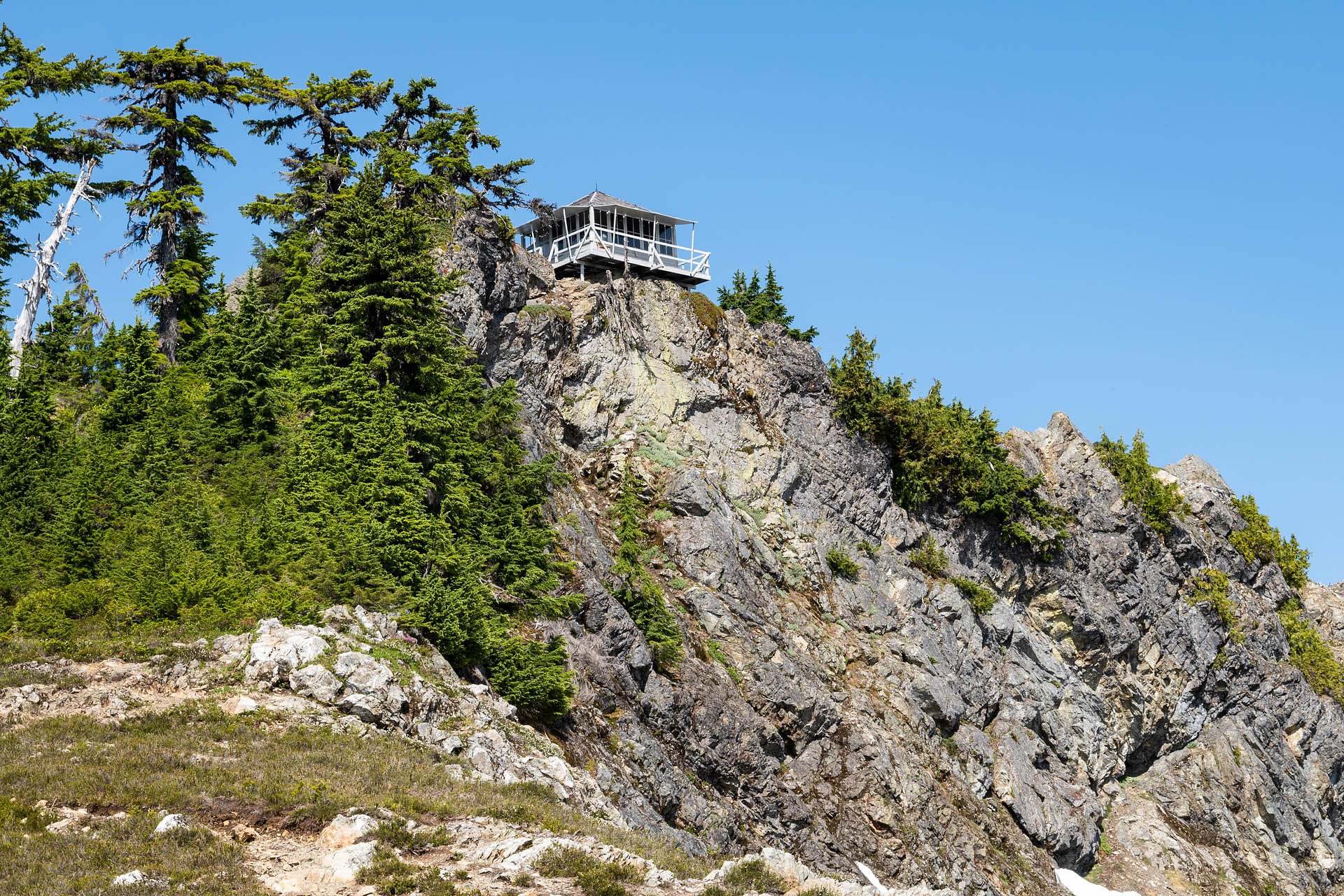 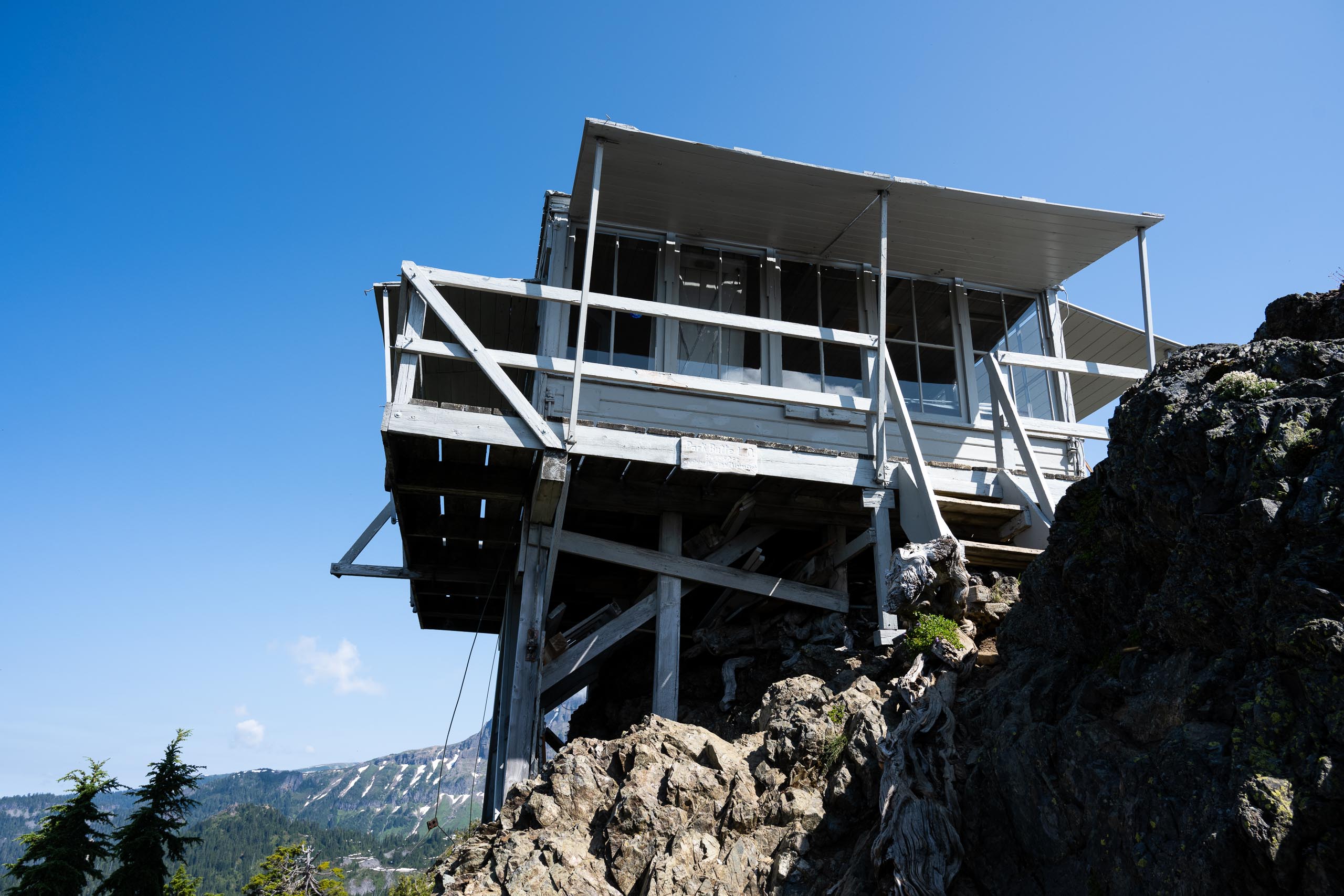 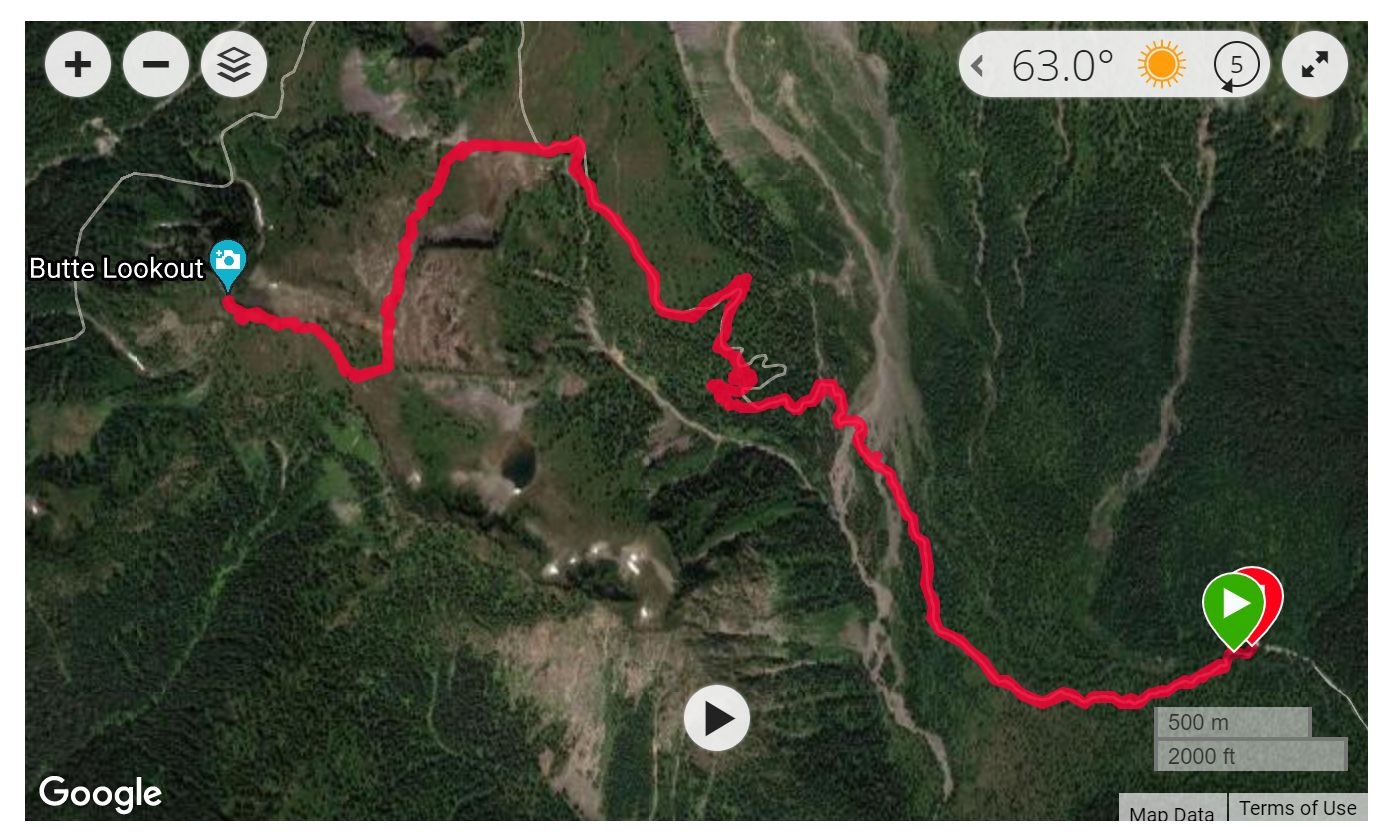