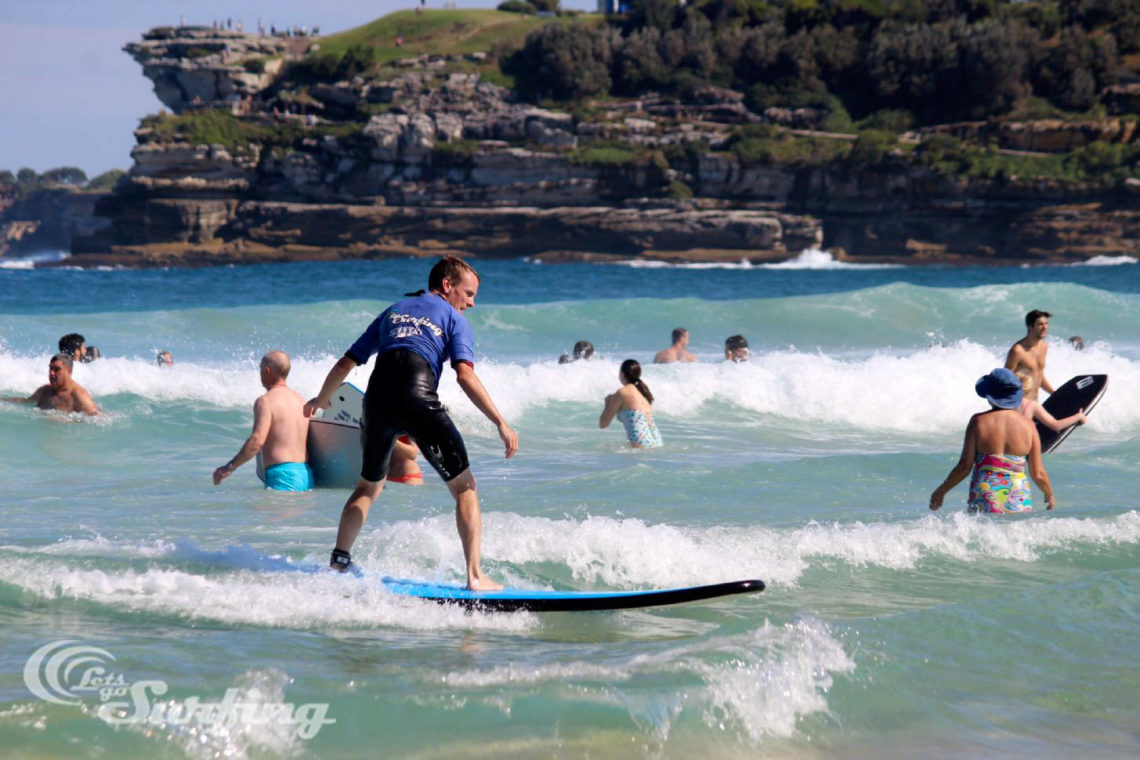 What would a visit to Australia be without a lesson in one of the Aussies’ most famous outdoor pastimes – surfing? We excitedly booked a lesson with Let’s Go Surfing! at Sydney’s most renowned strip of sand and surf, Bondi Beach. Coincidentally, one of the managers of the surf shop was my friend Kelly’s former host mom during her semester abroad in Sydney. Unfortunately, Cheryl was unexpectedly not working the day of our lesson (or the day after), so we didn’t get to meet her (major bummer).

Our two-hour lesson was led by two nice guys, who were also two of the most stereotypical surf instructors you could imagine. Johnny and Freddy both had long, wind-blown, bleach-blond locks, totally laid-back attitudes, and liberal globs of zinc smeared across their tan faces. Jeff Spicoli, is that you?! They split our group of ten into two groups of five, and we were left with Johnny to show us the ropes. My goal going into the afternoon was to stand up, while Stephan’s expectations were slightly less – he was just looking to have fun and not break anything. After a lesson on the beach, where we practiced the basics of getting up on the board and learned how to position ourselves on a wave, we headed into the water. My objective was (shockingly) quickly met, as I somehow managed to stand up on my first attempt. Stephan was also pleased to exceed his goal, as he rode a couple of waves into shore standing atop the board. Johnny was clearly a good instructor, and his ‘chicken scratch-seal-bridge-back foot-front foot’ method (that I am still chanting to myself) successfully got us both onto our feet. I had an absolute blast during our lesson and decided that if I ever move to the west coast, I will most definitely be purchasing a board. 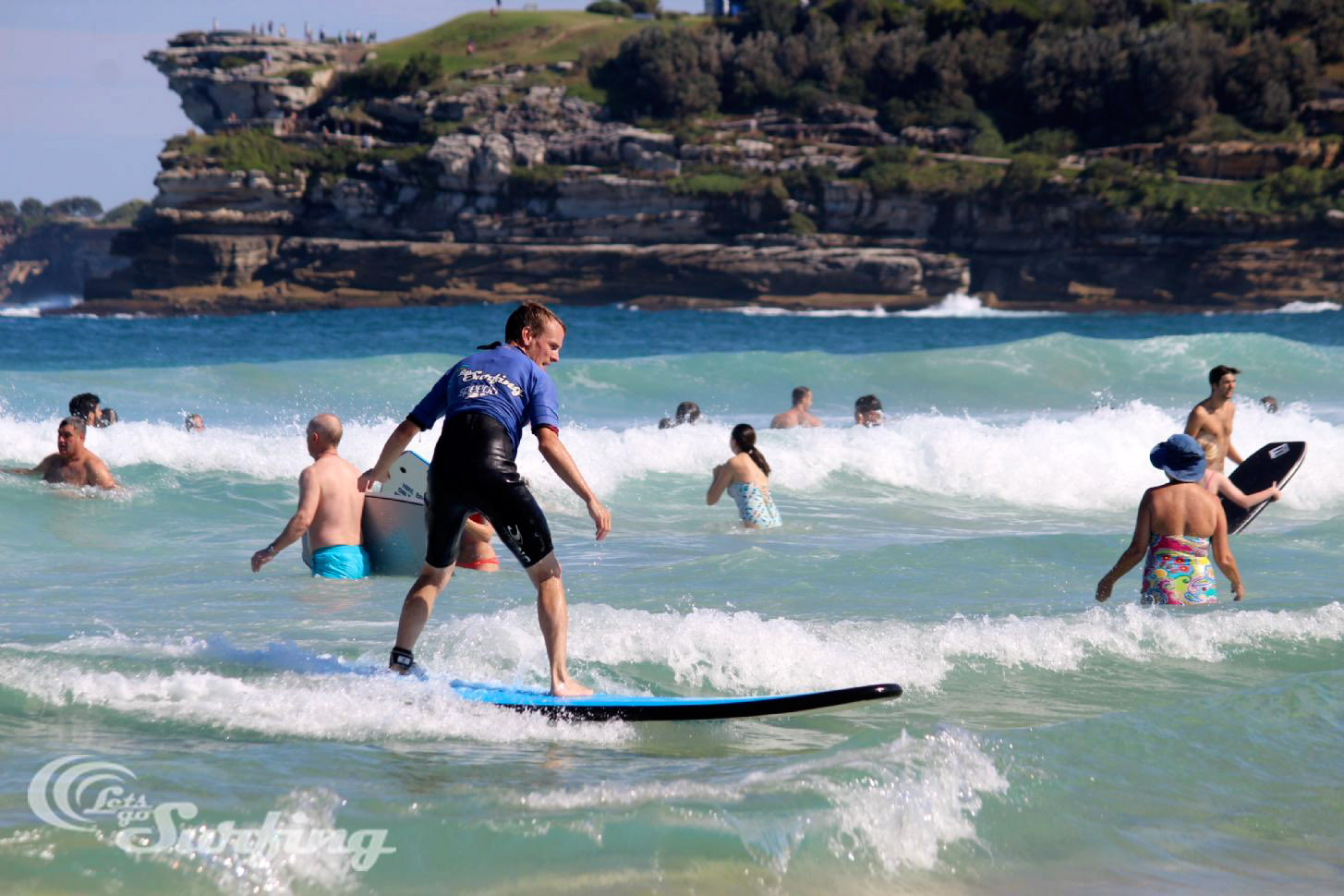 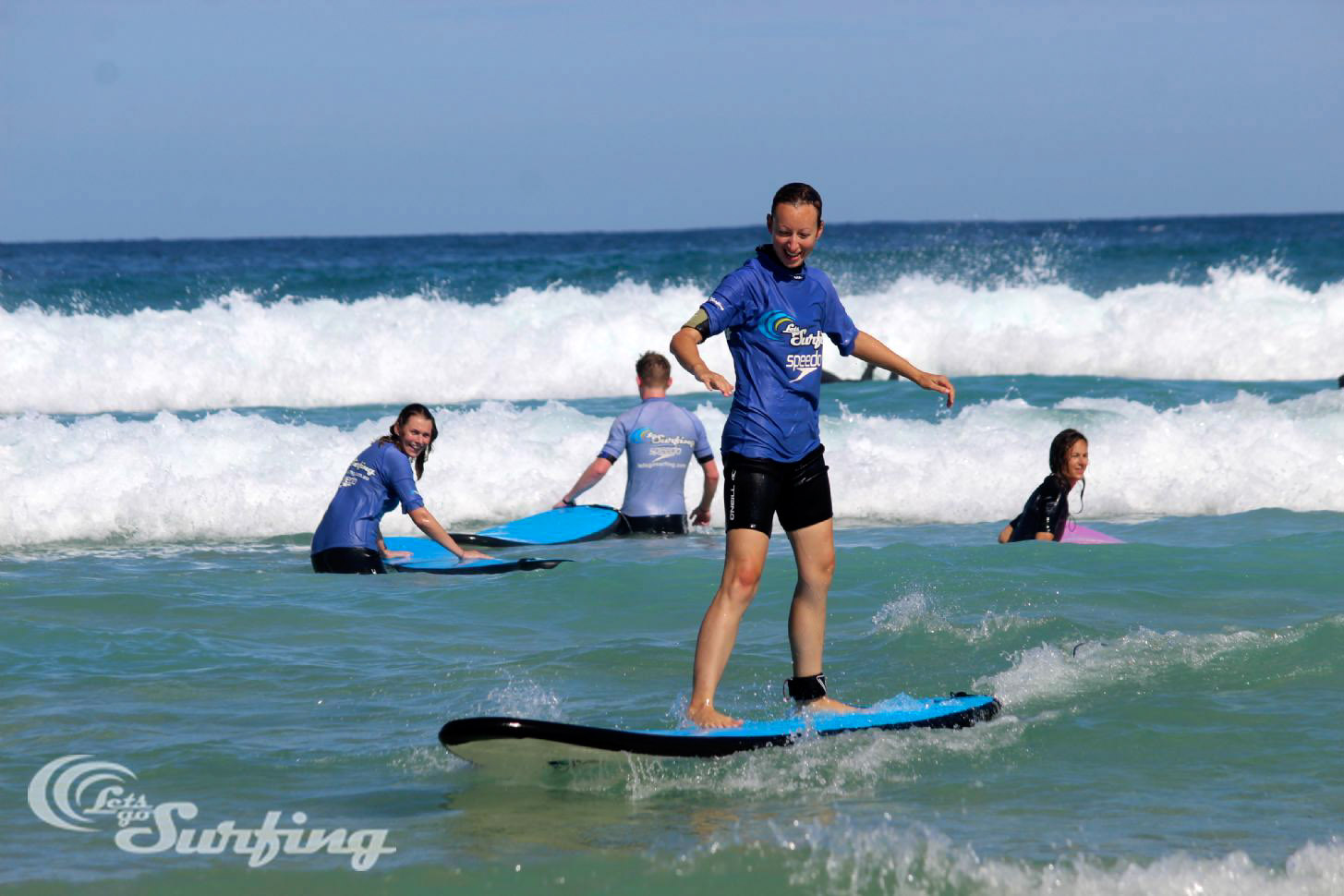 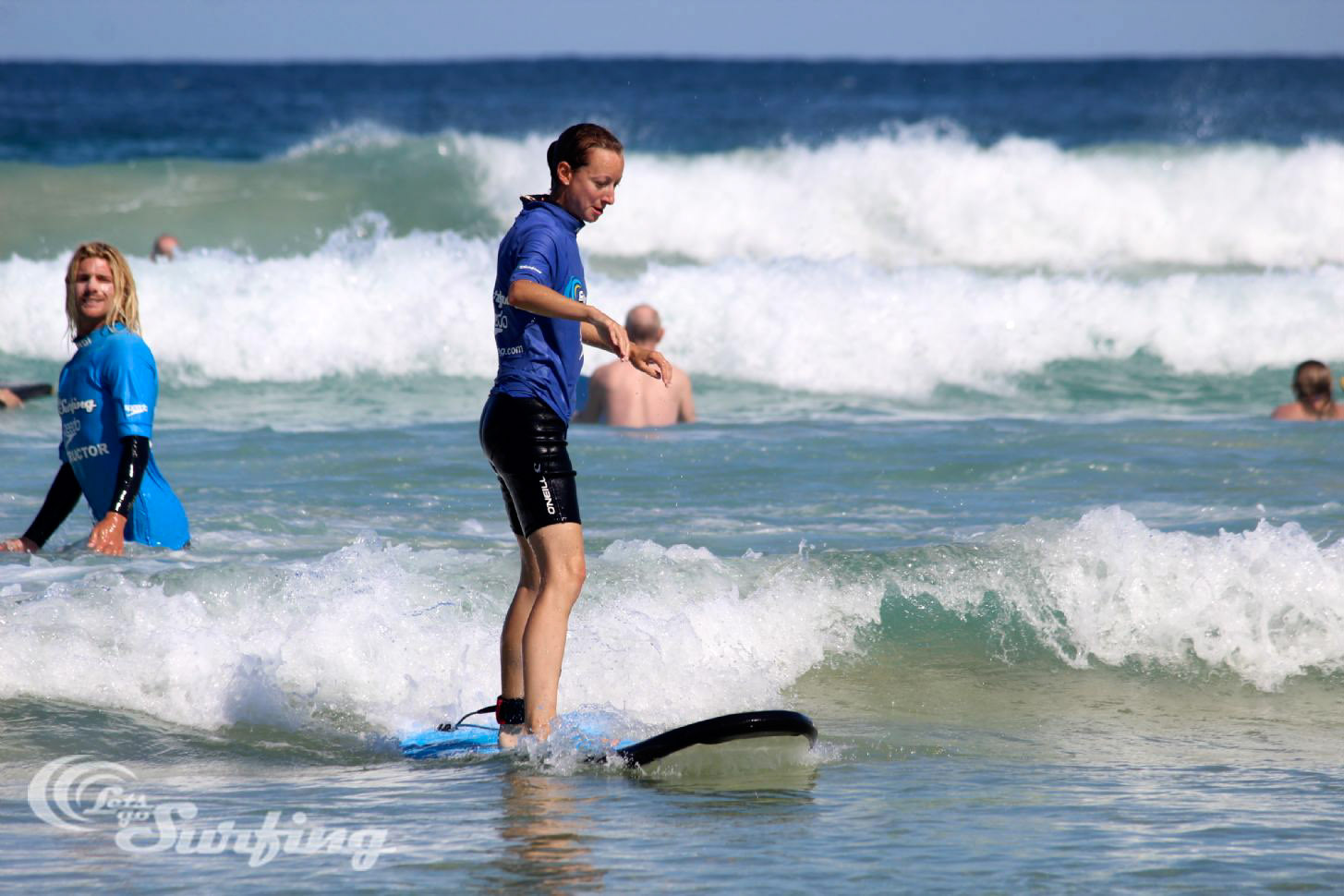 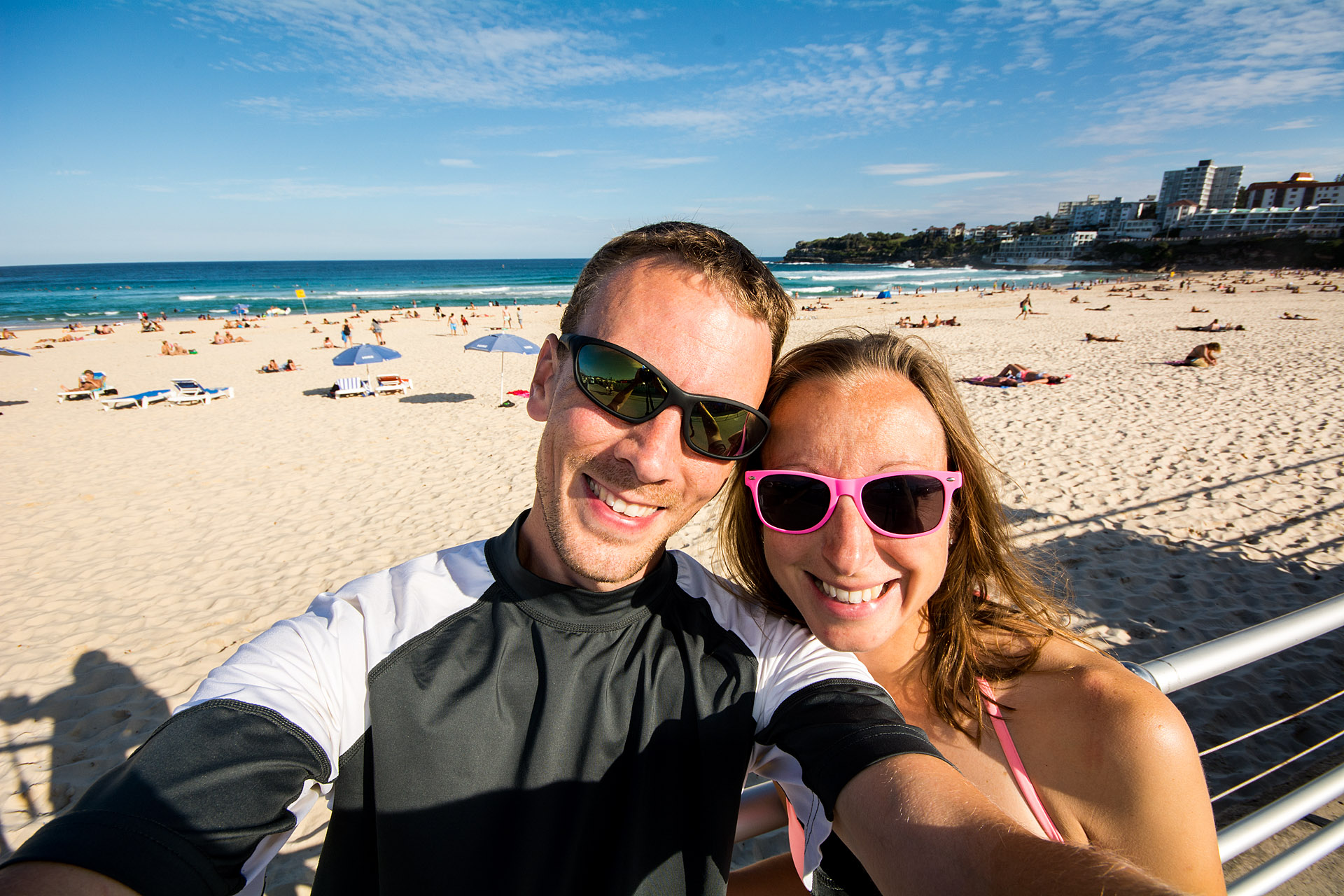