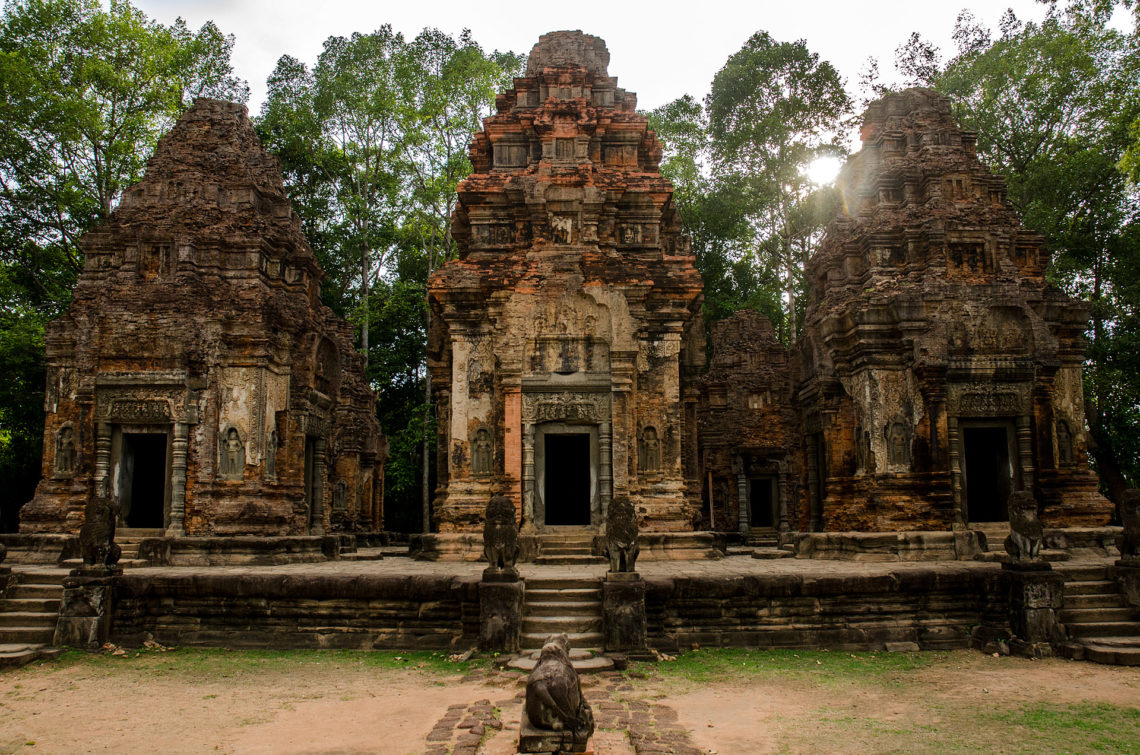 About 15 km east of Siem Reap sits a small cluster of temples known as the Roluos Group (named for their proximity to the town of the same name). The three temples were constructed at the end of the 9th century, predating any built at Angkor, and are some of the oldest Khmer ruins in the area. The largest of the group, the state temple of Bakong was dedicated in 881 to the god Shiva, and is considered the first significant temple mountain. Guardian elephants carefully watch over the sanctuary, whose five tiers again epitomize Mount Meru. 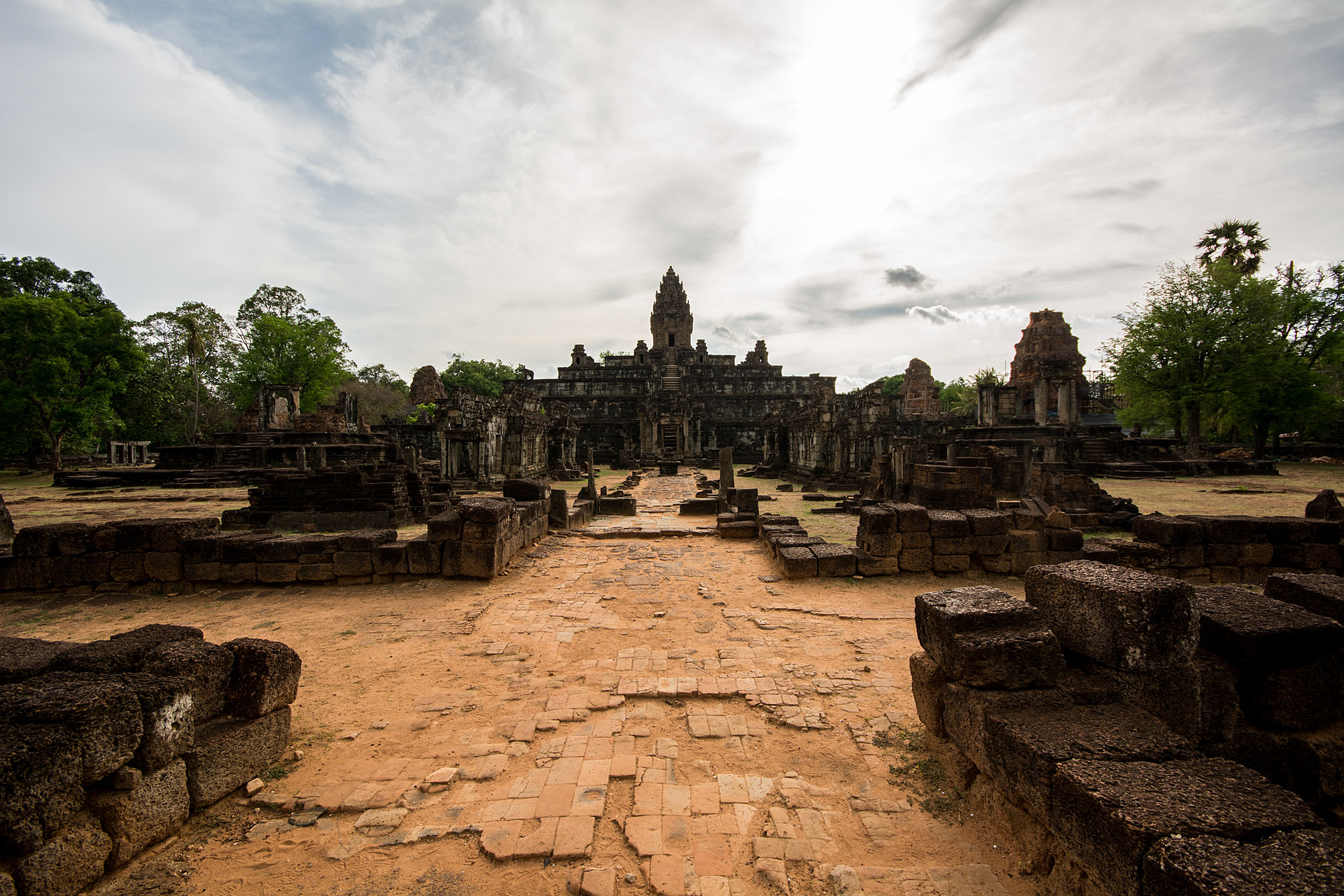 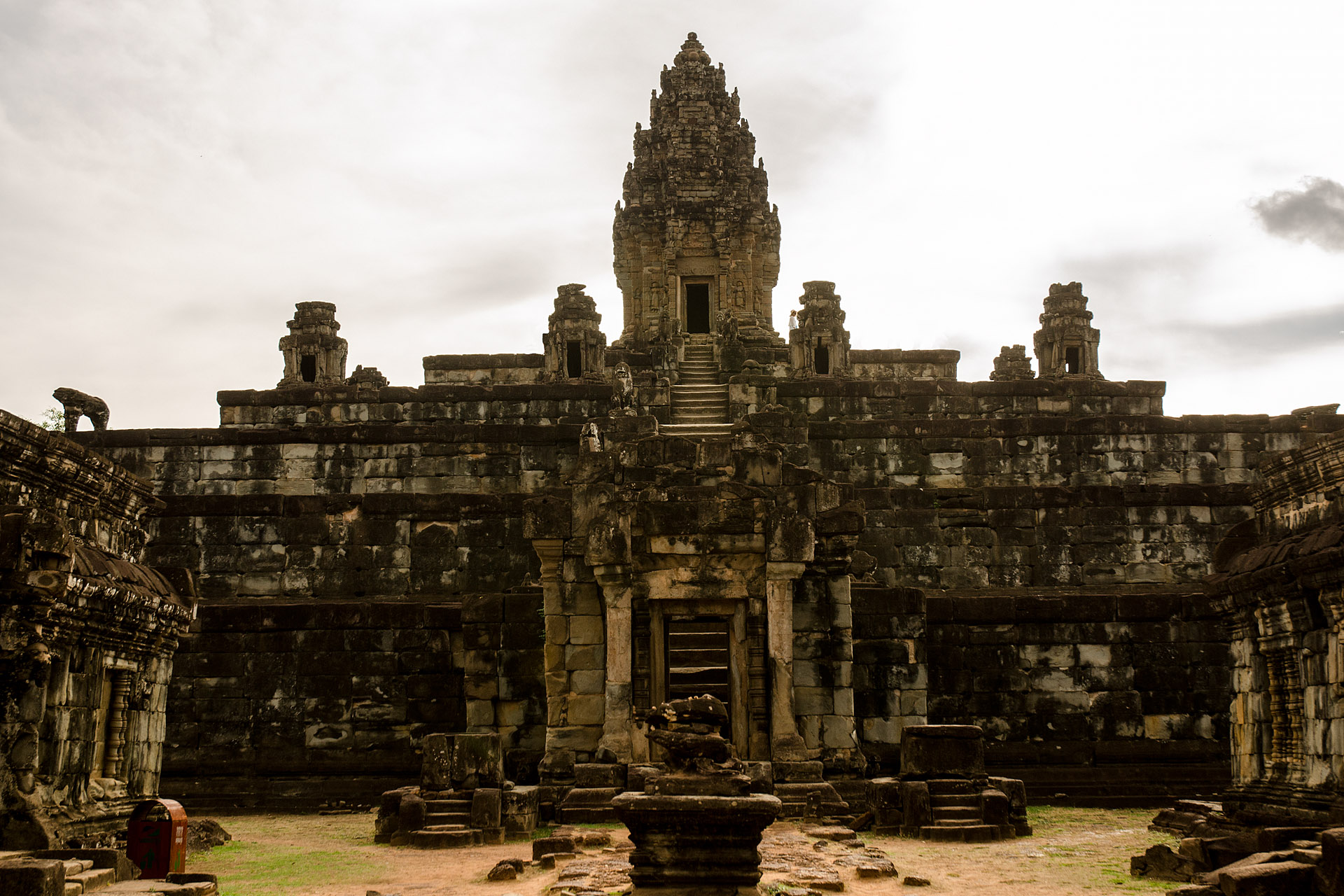 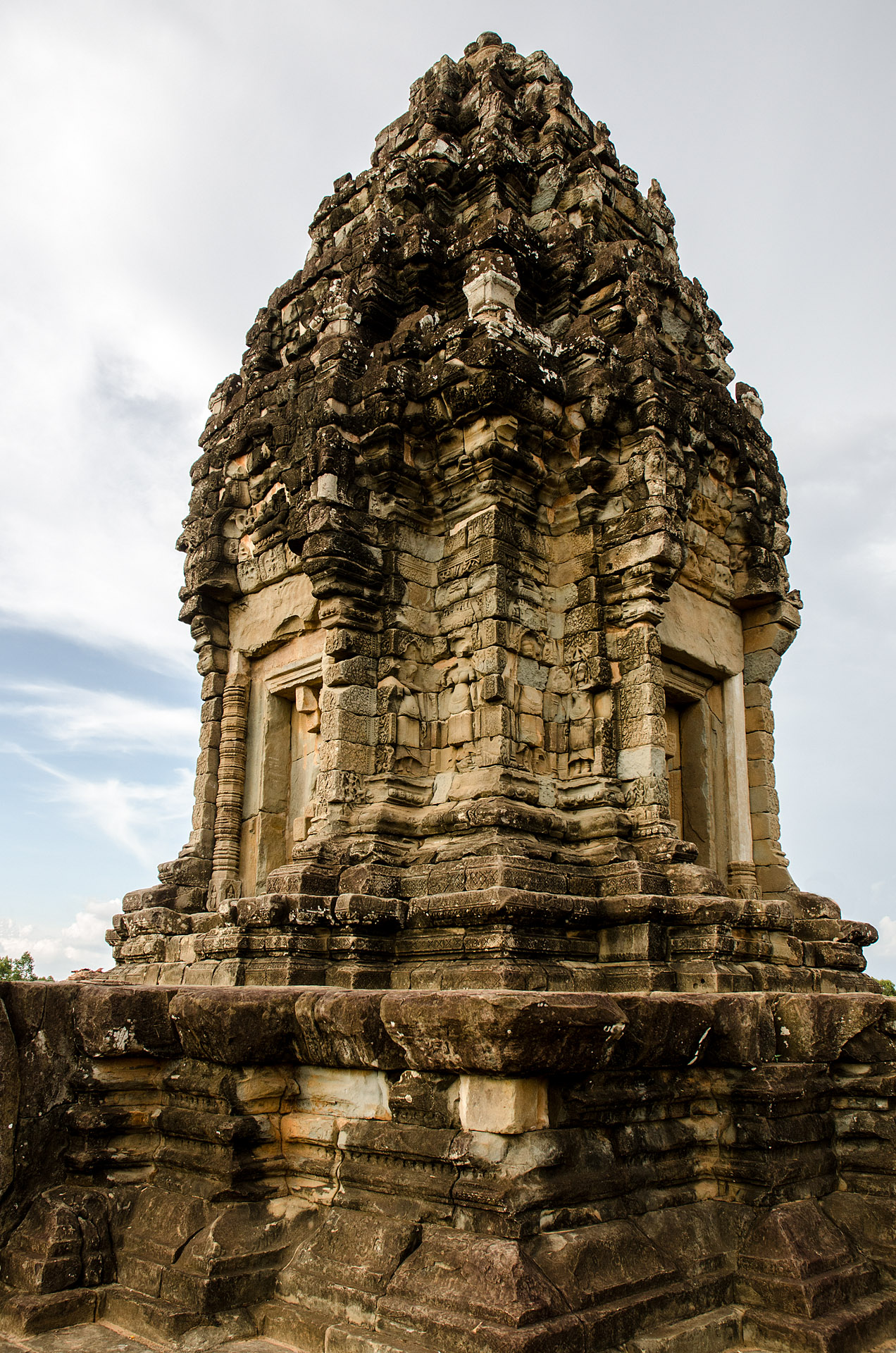 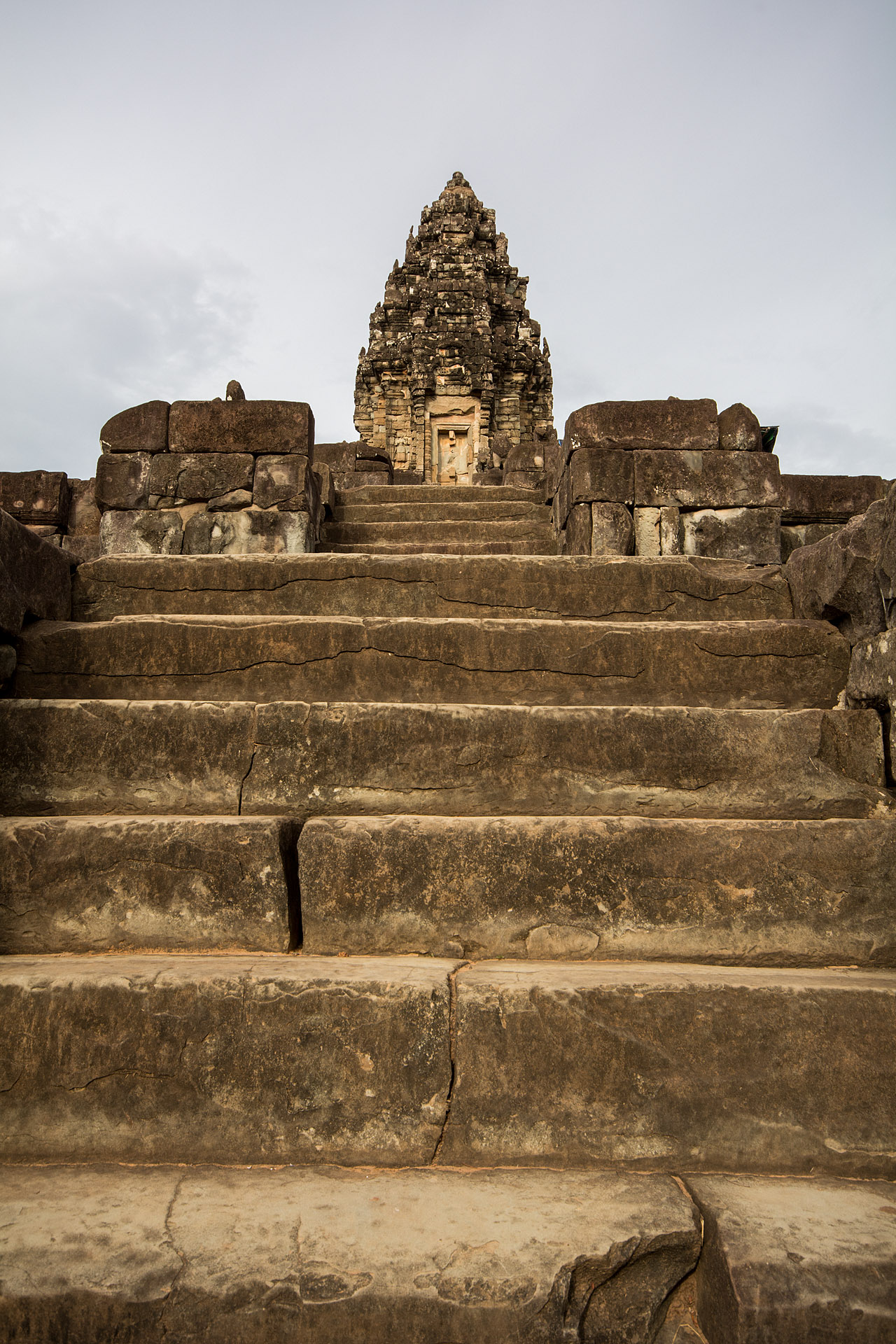 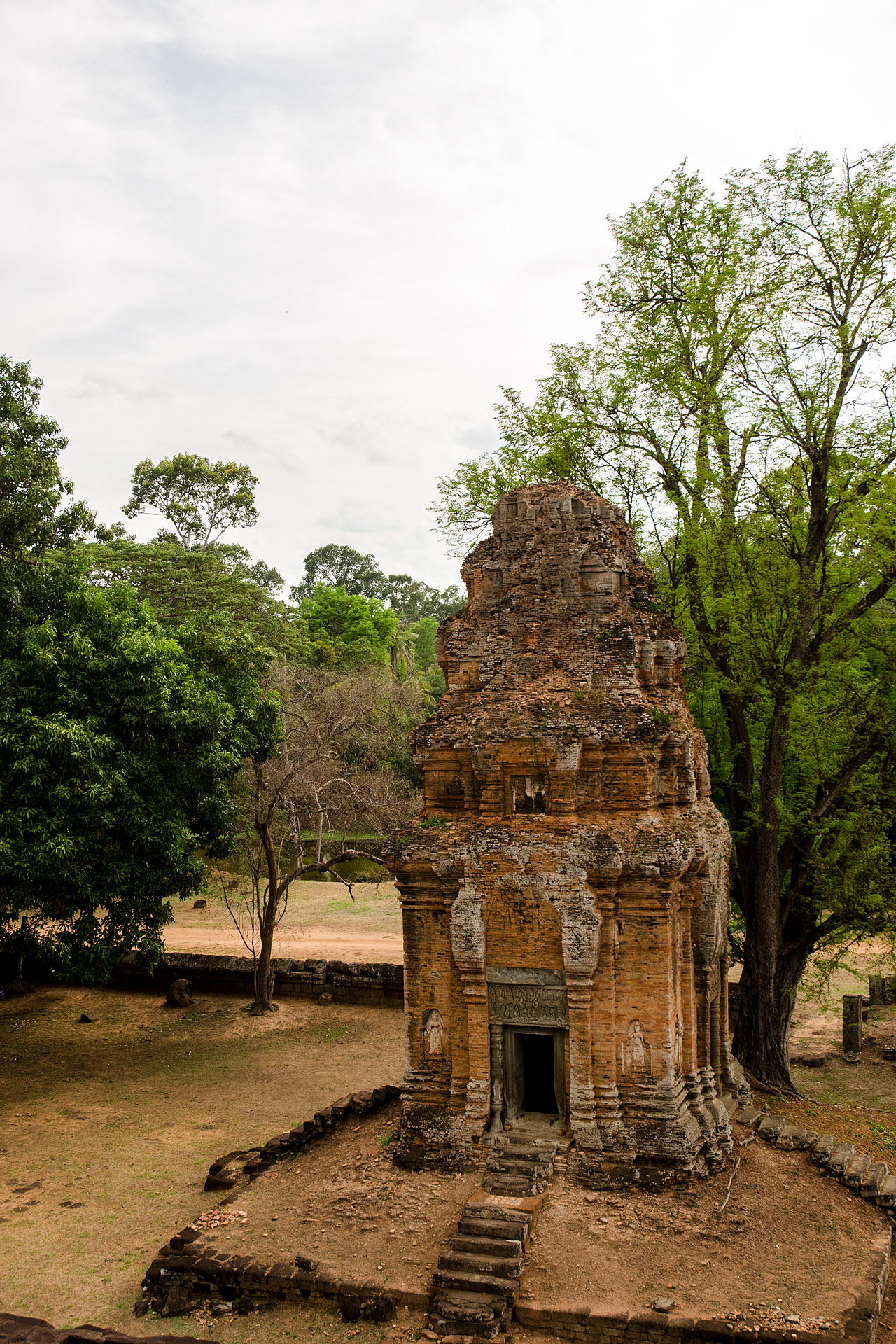 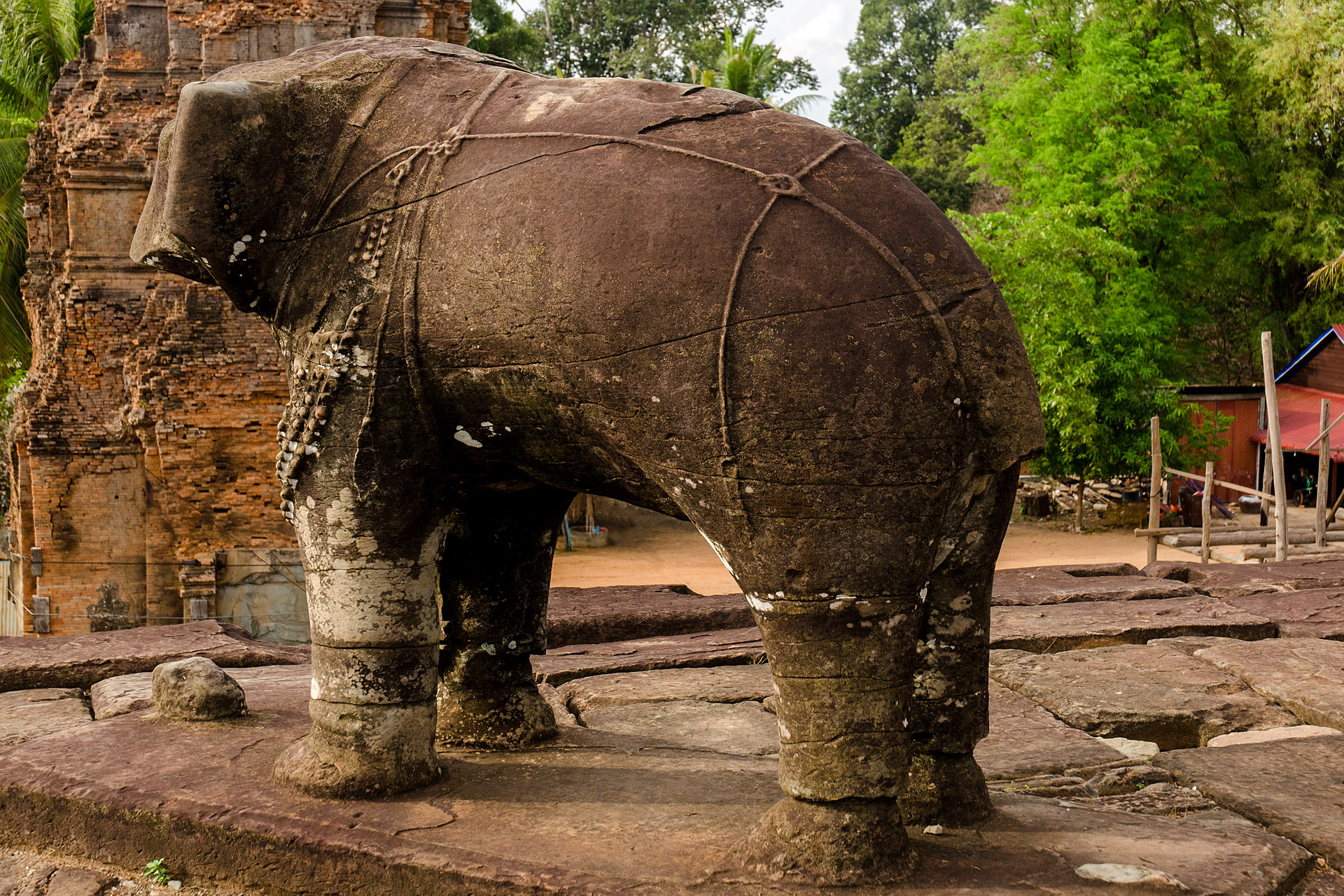 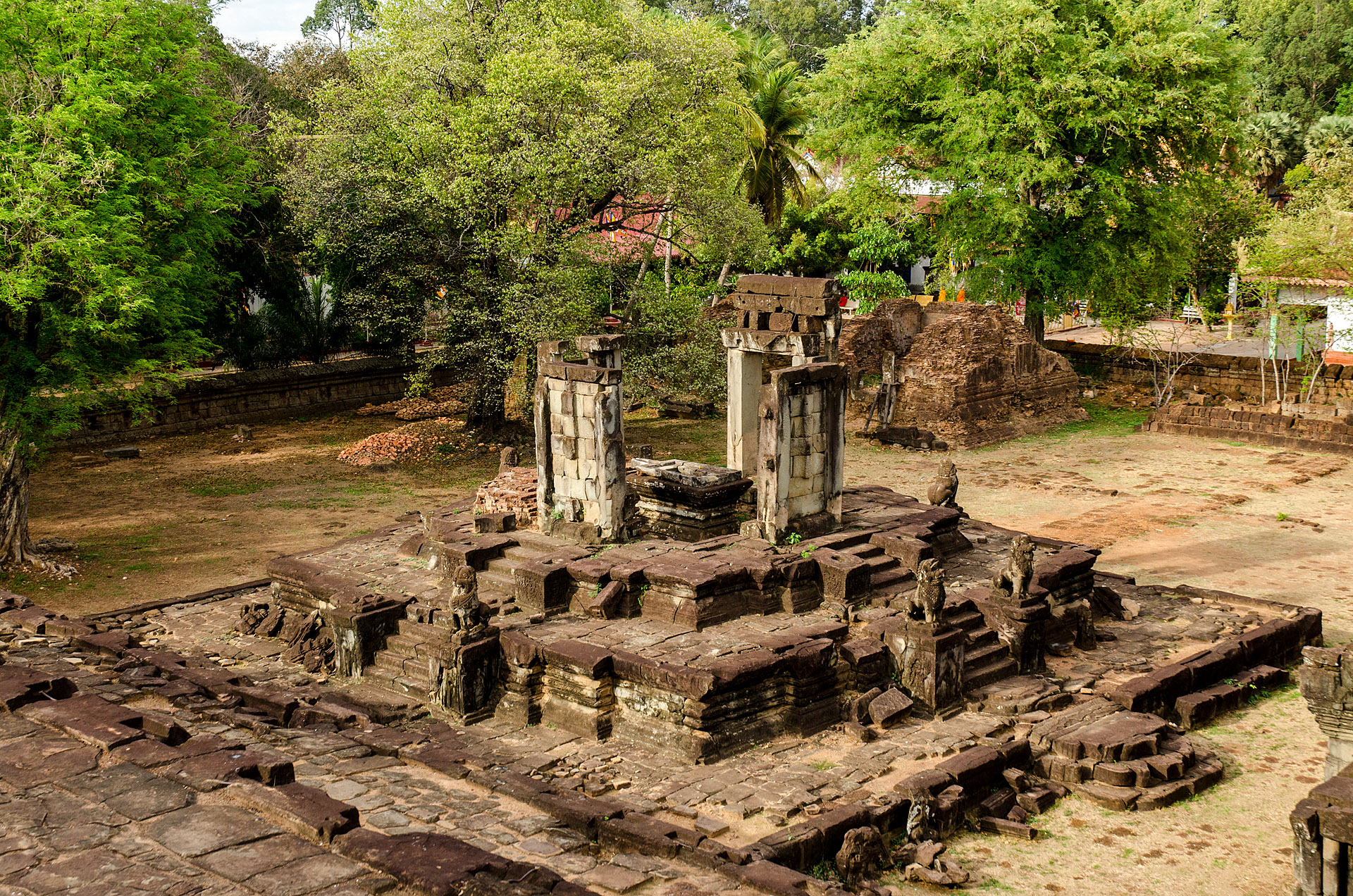 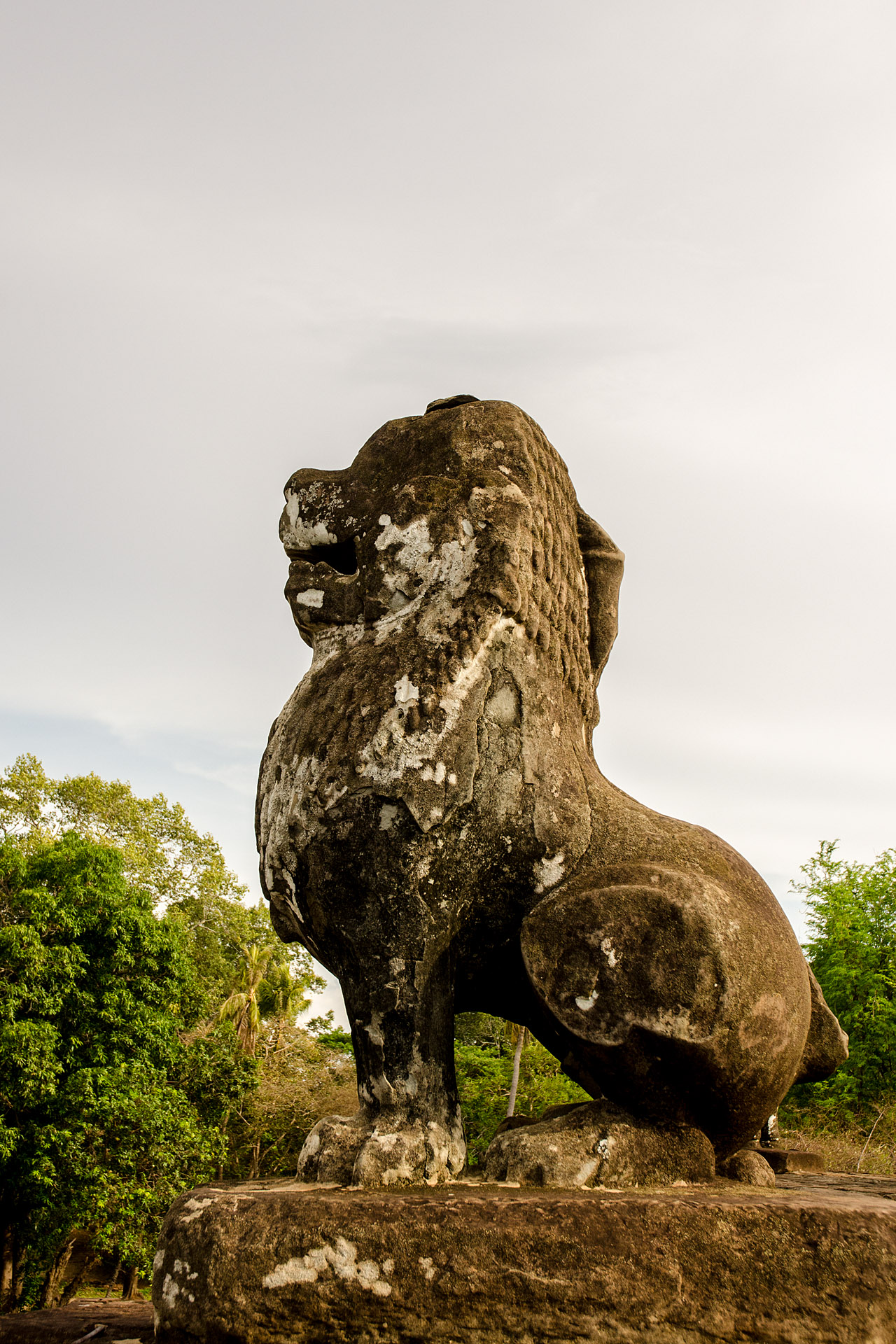 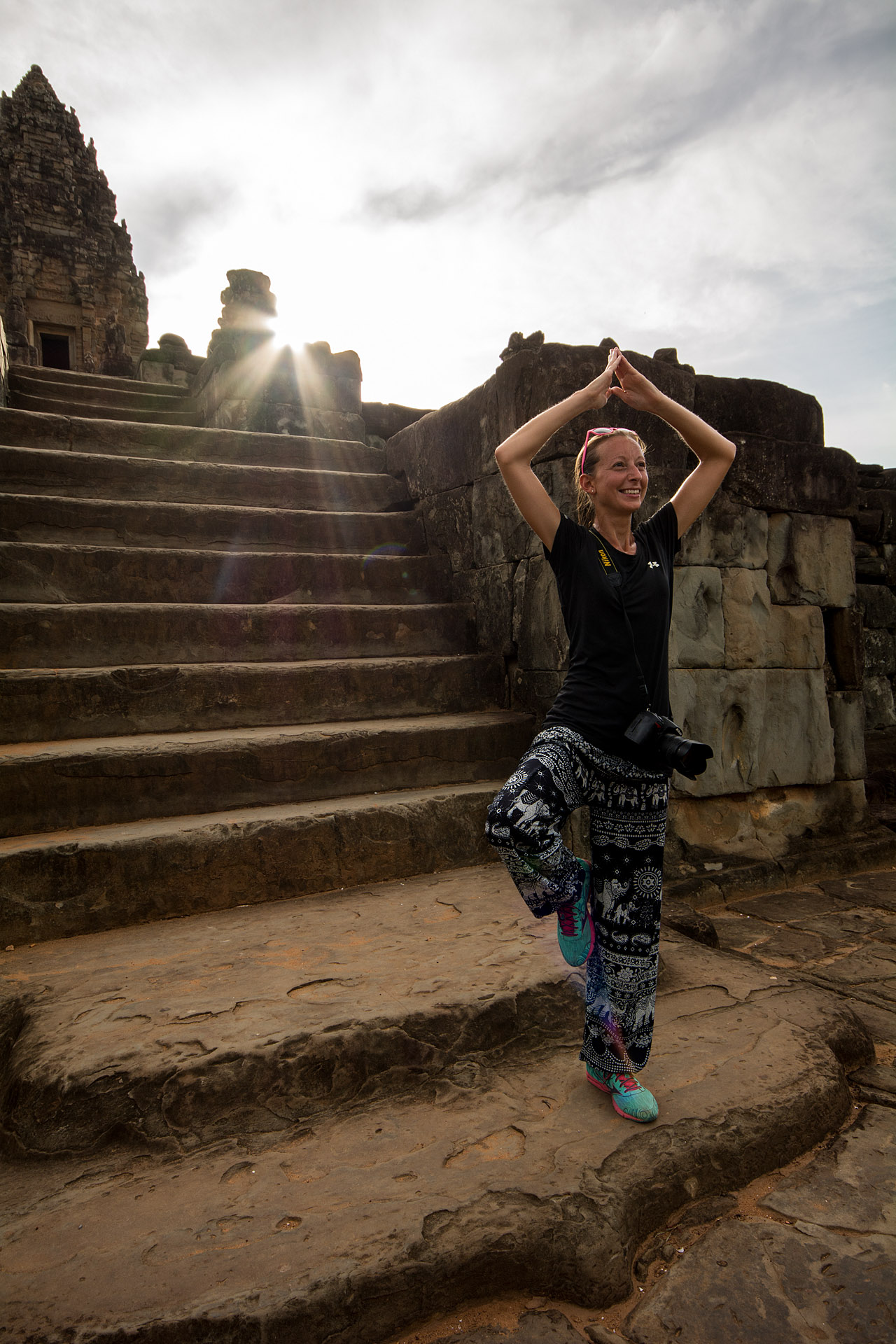 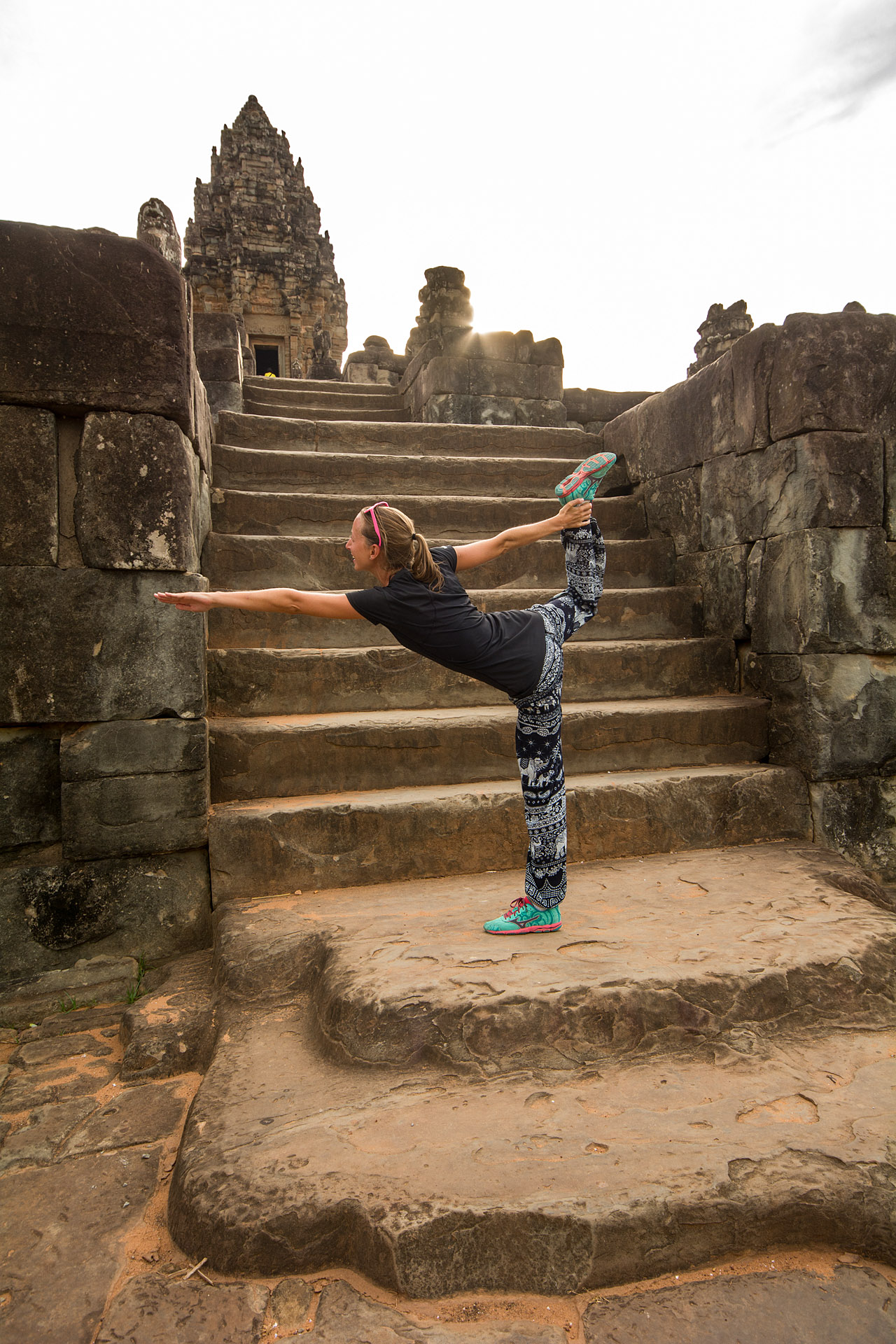 A short distance away sits the flat temple of Preah Ko. Dedicated in 880, the small, brick temple was constructed on a shallow pedestal, with six enormous towers rising overhead. We were particularly taken with the elaborate layers that comprised each tower, and the lintels floating above each doorway were equally exquisite. The final temple of the group, Lolei, was completed in 893, and was originally designed as an island temple. When we visited, the solitary brick tower was undergoing significant restoration and was completely encased in scaffolding. While it didn’t make for a great photo opportunity, we did meet a friendly and charitable monk, Huok Hun. The venerable leader has spent the last eight years developing a non-profit school for poverty-stricken children in the rural community who would otherwise have no education. The modest building houses a small computer lab, library, and sewing room, and the classes are designed to teach children and young adults subjects such as Khmer history and culture, math, and English, as well as to develop skills in trades and technology. While we didn’t get to see Lolei in all its ancient glory, we felt incredibly fortunate to meet Huok – he is truly an inspiration to all around him. 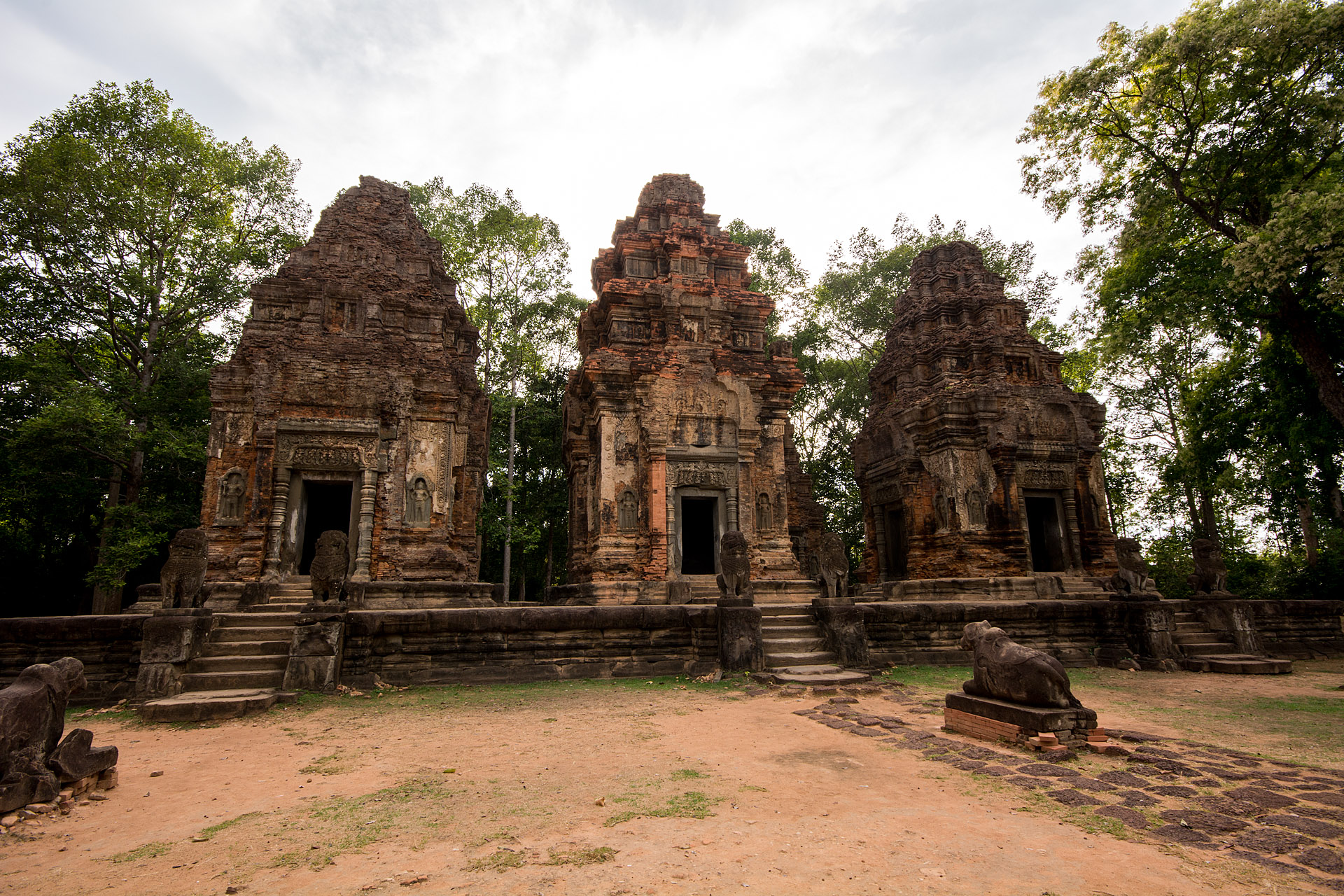 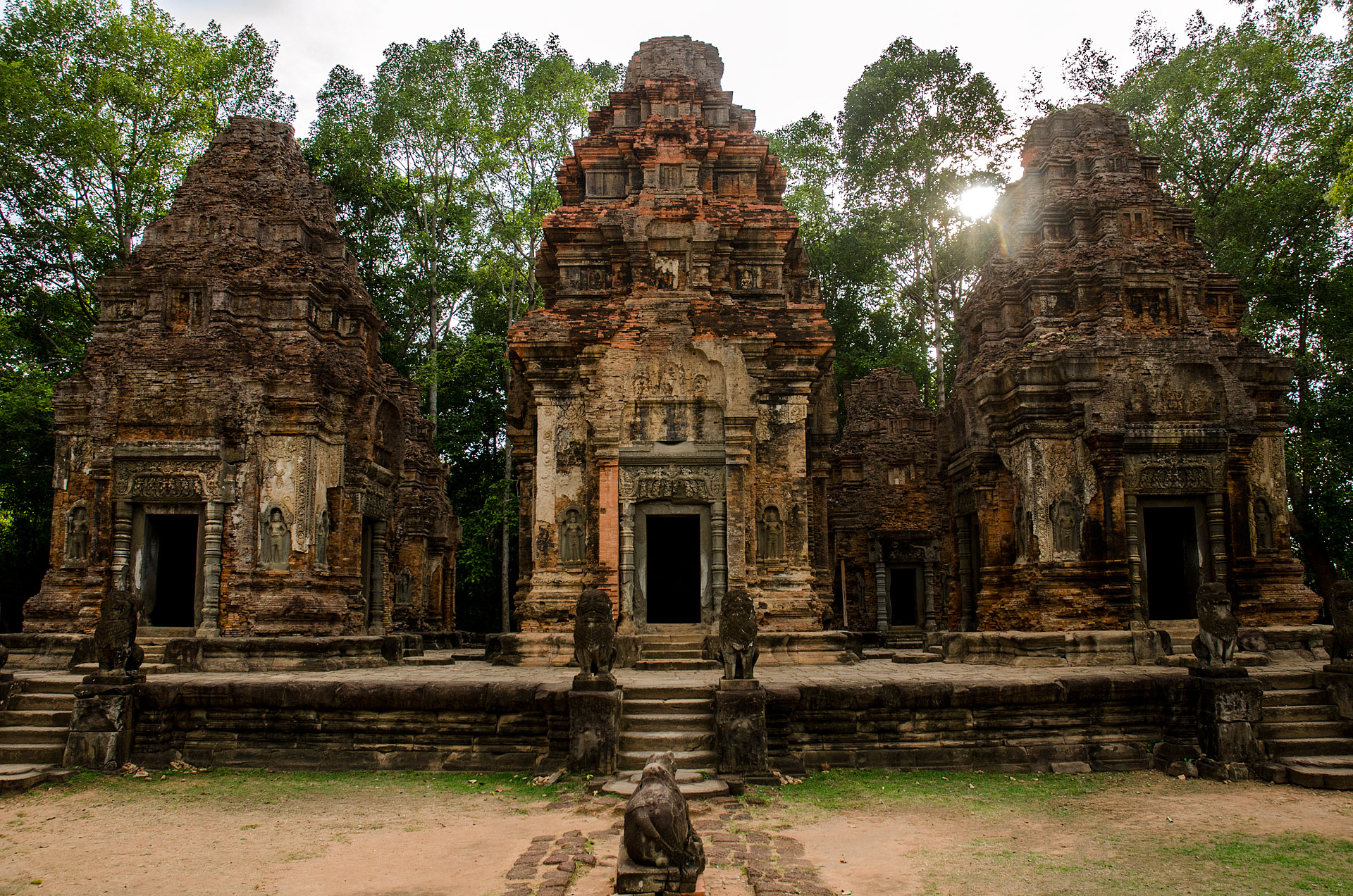 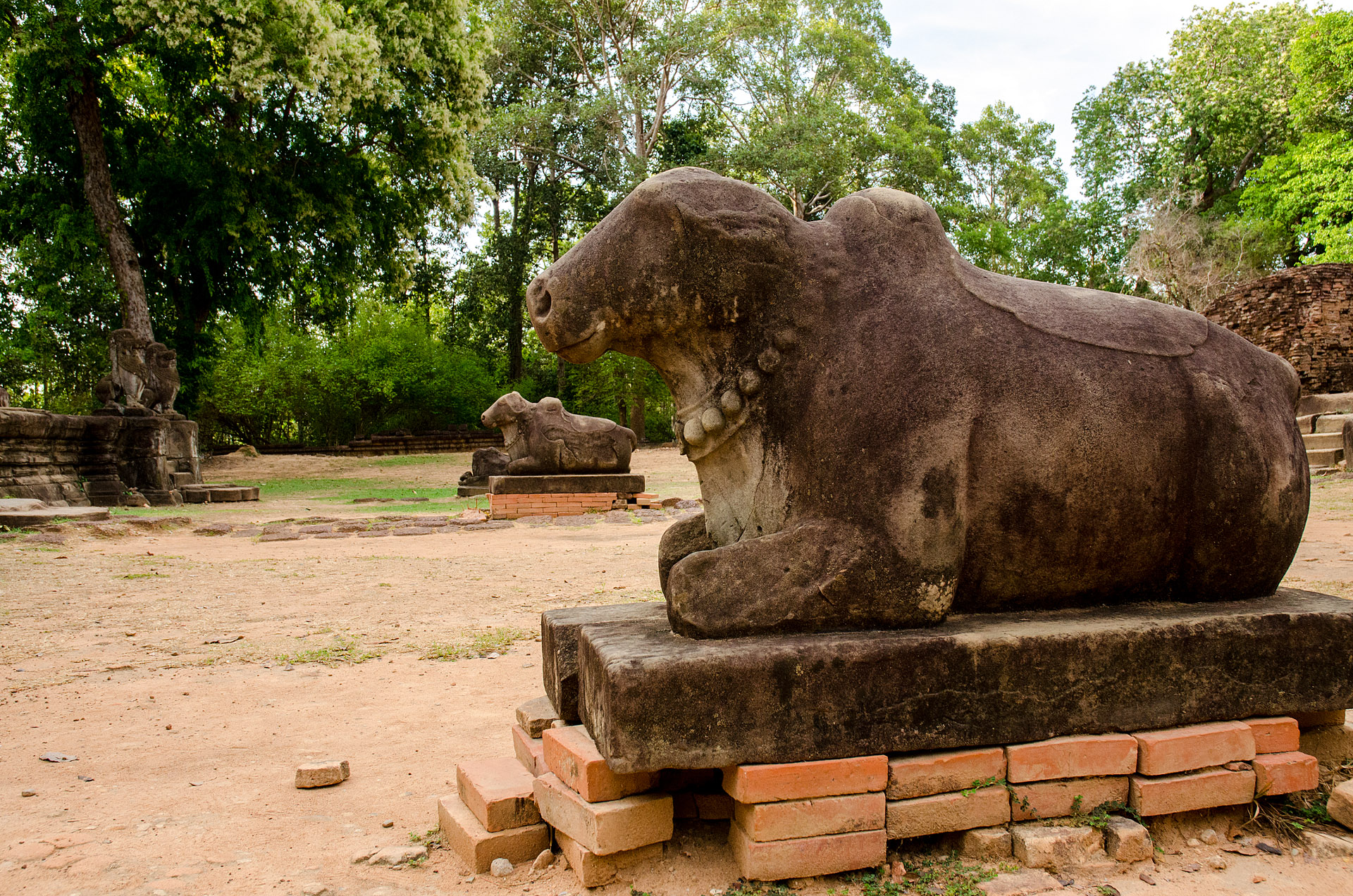 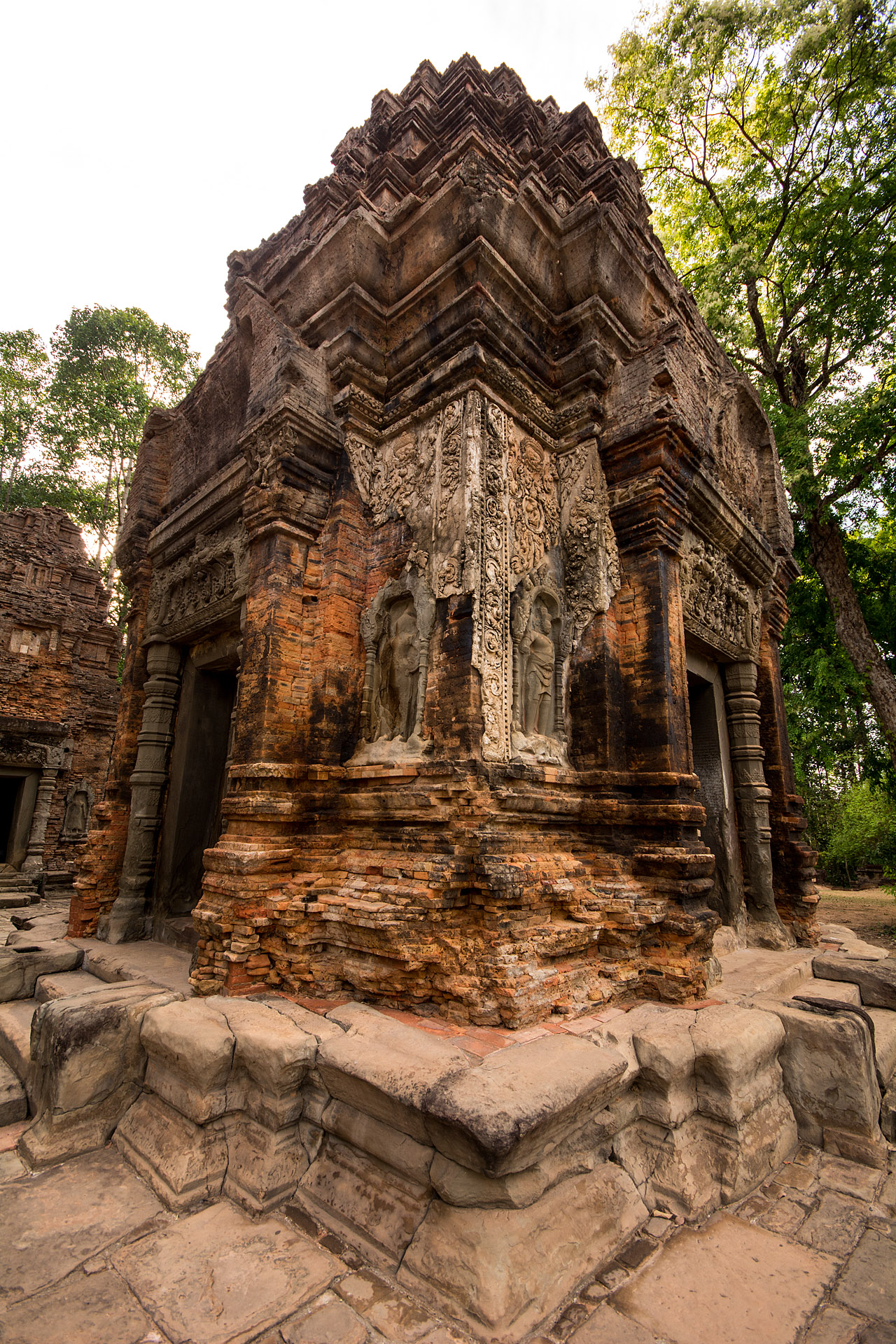 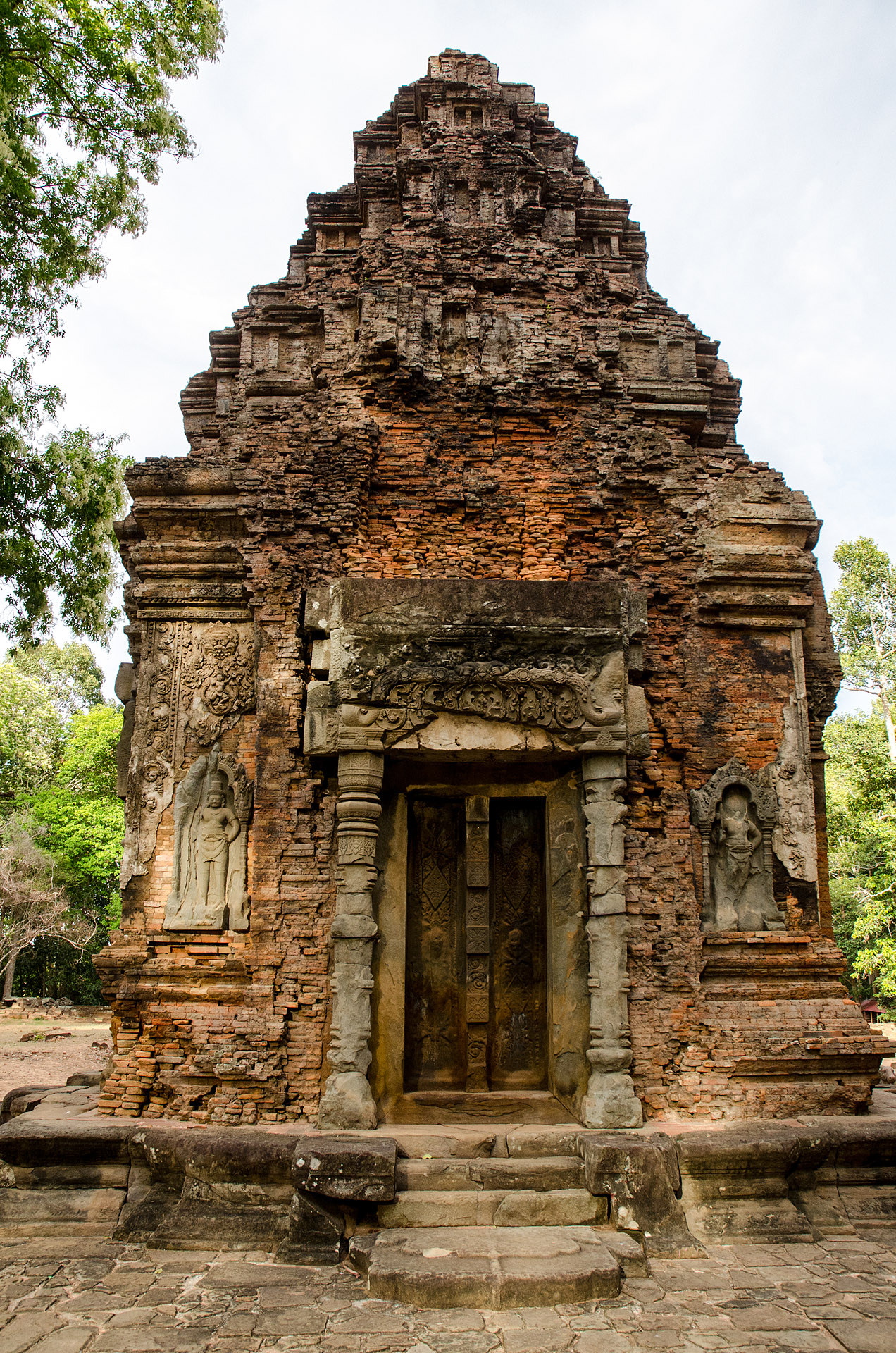 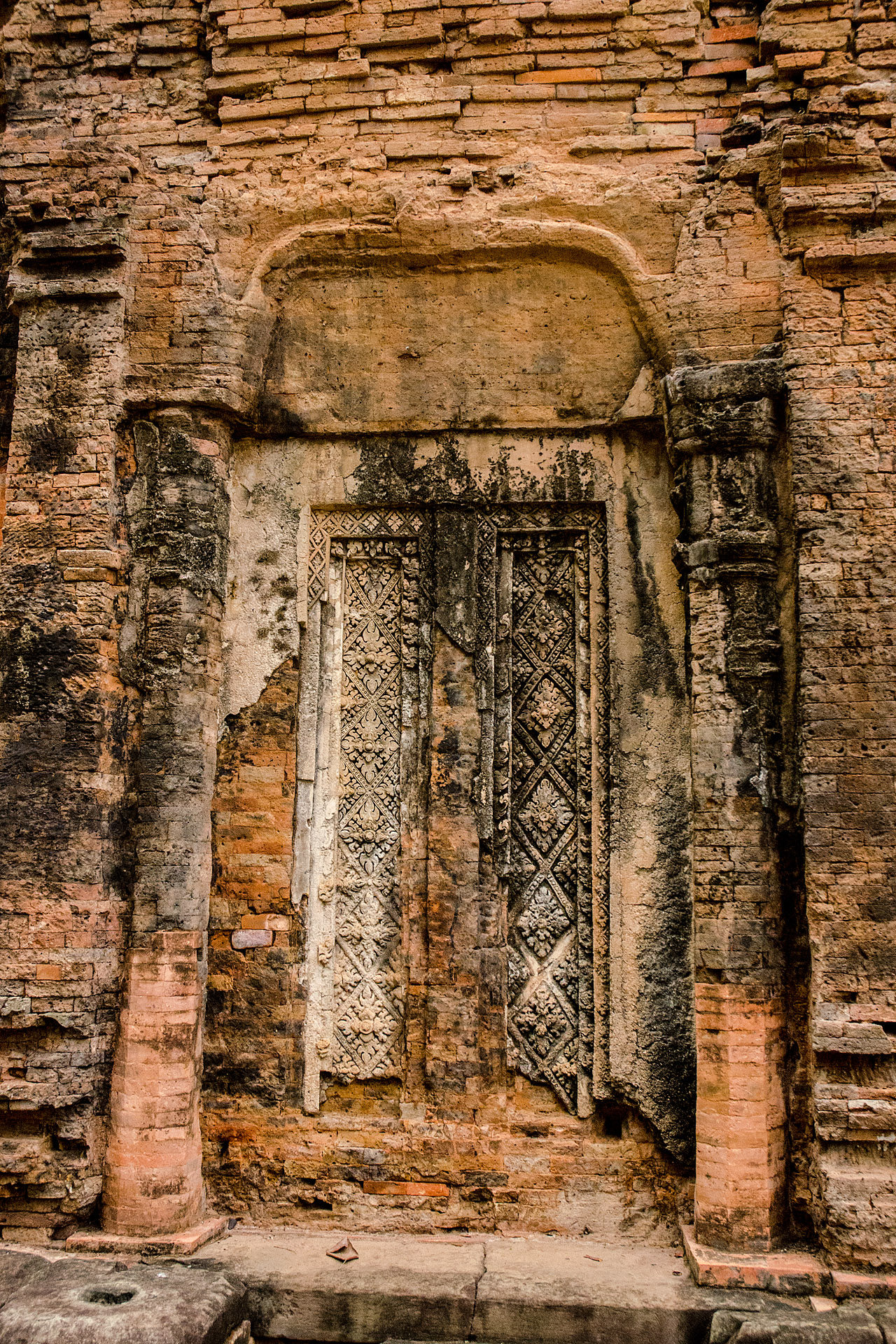