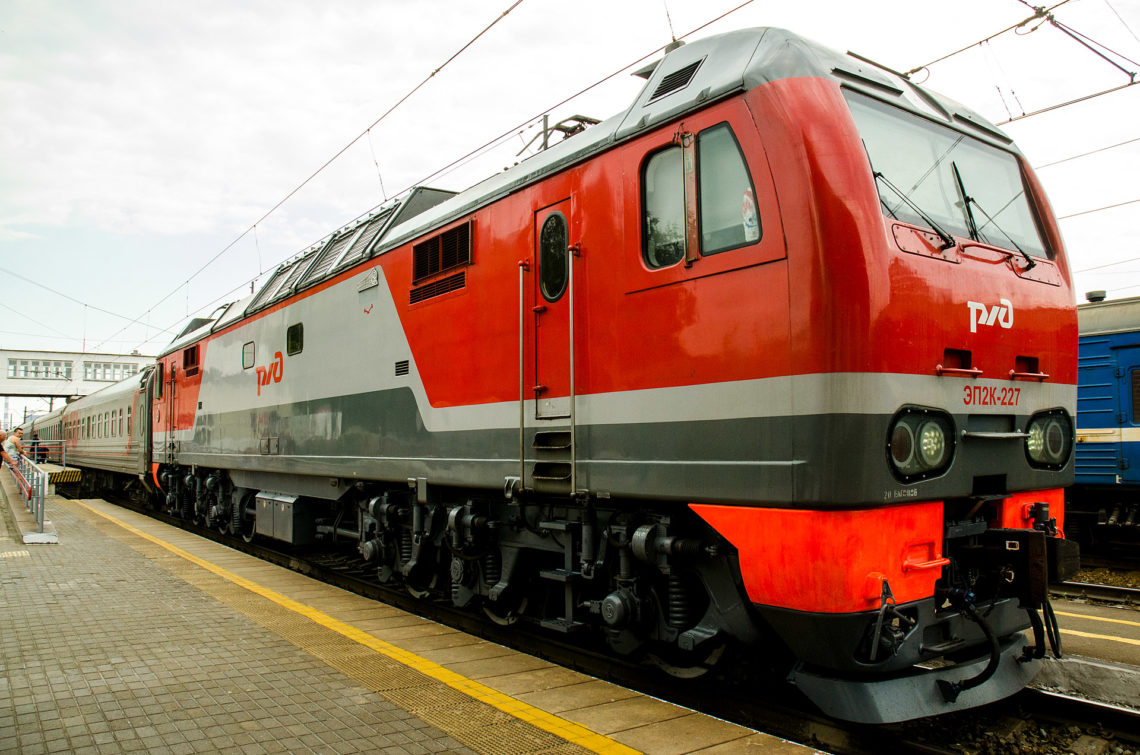 While I was excited to head off on our epic train journey, I don’t think either one of us was pleased to leave Mongolia. Still, the train tickets could not be changed, so we resigned ourselves to departing and made our way to the train station. The outside of the station was plain – just a simple, rough, stone structure – but gave way to an unexpectedly lavish foyer with large marble tiles, grand columns and an enormous, glittering chandelier. It looked more like the entryway to a ballroom than a rail station in Mongolia.

Since we were heading straight through to Moscow without stopping, we sprung for the 1st class tickets which, on Russian trains, is similar in size and configuration to a regular 2nd class room, but with 2 bunks instead of 4. We boarded train #5 and were shown to our home for the next five days, a surprisingly spacious and impeccably clean cabin, with remarkably nice quality bed linens provided in a sealed bag. The room even provided a ton of storage space, including a small “tea cabinet” for Jenn’s addiction, which would be easy to fuel in the coming days, since the trains provide a free samovar – a boiling water dispenser – at the end of every car. As a place to watch the remote country roll by, I thought this seemed pretty nice. I mentioned to Jenn that we’d be spending longer in this room than in most of our guesthouses, and her expression suggested she might be wondering how much fun 5 days on a train would be.

As the train rolled out of the station, the travelers from other cabins began filtering out into the hallway and we began introductions. Several of them were, like us, headed nonstop to Moscow, including a pleasant Finnish man and his daughter, and a quiet Swiss couple. Perhaps the best pairing we saw, though, was a short, clean-cut Mongolian man on a diplomatic passport, who boarded the train wearing a navy sport coat and carrying a leather briefcase. He quietly greeted us and settled down into his room, where he was soon addressed with a rumbling hello by an imposing, hulk of a man from Switzerland, with a gleaming, shaved head, a bushy, white goatee, and a Harley-Davidson jacket that didn’t quite hide the heavy gold chain around his neck.

Since we did not board until nearly 4:30 p.m., the first day was short, and we sadly watched the last miles of Mongolia’s open steppe roll by outside the window. Our border crossing happened in the middle of the night, with a quick exit from Mongolia around 10pm, and a much more thorough entry into Russia a while later. We were eventually deemed clean enough to pass, and to Jenn’s great amusement, the officious and fussy border agent, whose persnickety visa office gave us such trouble over the precision of our paperwork, stamped the entry on an invalid, endorsement page of our passports.

The rest of the evening we headed almost due north, passing through Ulan-Ude and eventually arriving at the shores of Lake Baikal. The world’s deepest lake, at ~5,400 feet (1,646 meters), Lake Baikal is thought to be the beginning of an ocean, where two tectonic plates are pulling apart, leaving behind a rift valley. It’s the world’s largest volume of fresh water, with an astonishing 20% of the world’s unfrozen fresh water, as well as being the oldest (~25 million years) and one of the clearest lakes on the planet. While we had originally hoped to stop here, thanks to the visa issues, we were limited to simply watching as the train hugged the southern shoreline of the lake for nearly five hours, providing views of quaint lakeside towns, docks, rocky shorelines and even the occasional beach.

Later that evening, the man and daughter from Finland joined us for some card games, where we taught them binh, the game we learned in Vietnam, and the standard American version of asshole. Before they left, the daughter made us promise that we could have a poker lesson the following day, so that she could throw a poker night upon returning home from her travels.

The remainder of the journey was through surprisingly unremarkable terrain, though pleasant enough. Large swaths of dense forests, filled with spindly white birch and evergreens, and surrounded by purple flowers, dominated the landscapes, strangely reminiscent of the forests back home in New England. Where the trees thinned out, small towns and villages materialized, all similar but no two alike, some bursting with vibrant painted houses under brightly colored roofs, while elsewhere an entire town would be full of dark wooden siding and tar roofs, without a speck of color to be seen. Occasionally, the glittering gold domes of local churches peeked out of the skylines, catching the sunlight in a shimmering burst over the tops of the houses. Large rivers would appear, snaking their way through the landscape, often leaving behind sprawling marshes and swamps where heron and egrets were stalking their meals amongst the reeds.

Around every 3-4 hours, we would pause at a station for 20 or 30 minutes, allowing us enough time to step off and stretch our legs. There was no shortage of snacks on hand, with cookies, chips and soda available in abundance; some places had nicer food, too – a fresh-baked loaf of bread for ~30 rubles ($0.50 USD), local sandwiches such as beef-stuffed bread pockets for ~45 rubles ($0.75 USD), and even some fruit/fresh vegetables.

Each night, after the sun dipped low in the sky, our Finnish friends would stop by for cards. We began to wonder if it had been a good idea to teach them poker when, during a game of five-card draw, the father, in consecutive hands, managed to be dealt two flushes, a straight, and 4 aces. It was a good thing we had only junky playing cards to bet with!

While the landscape was pretty, but not thrilling, and a 40 MPH train with dirty windows doesn’t lend itself to even remotely attractive photographs, it was a peaceful and enjoyable journey, and a great way to take in some of the more remote sights of the world’s largest country. 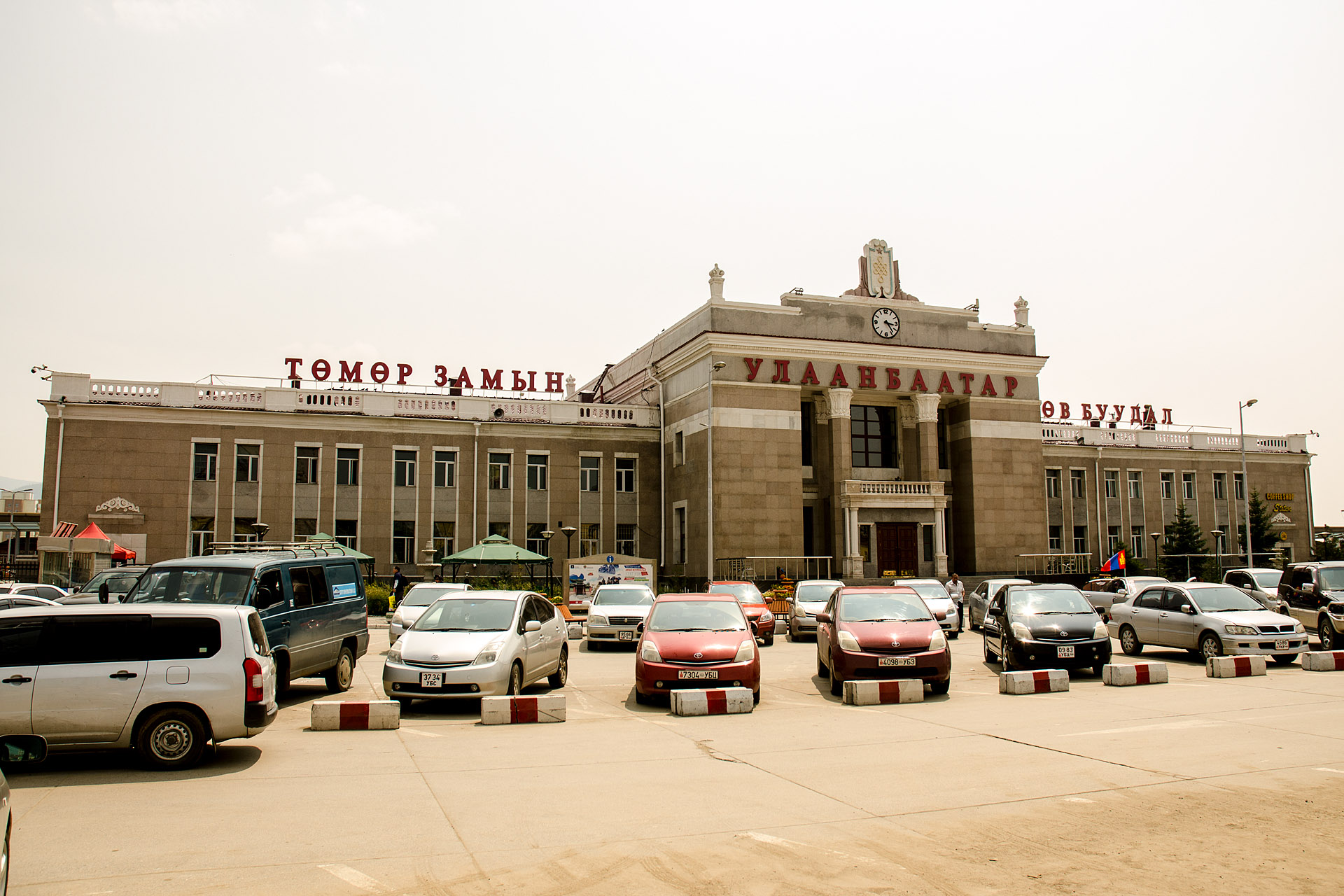 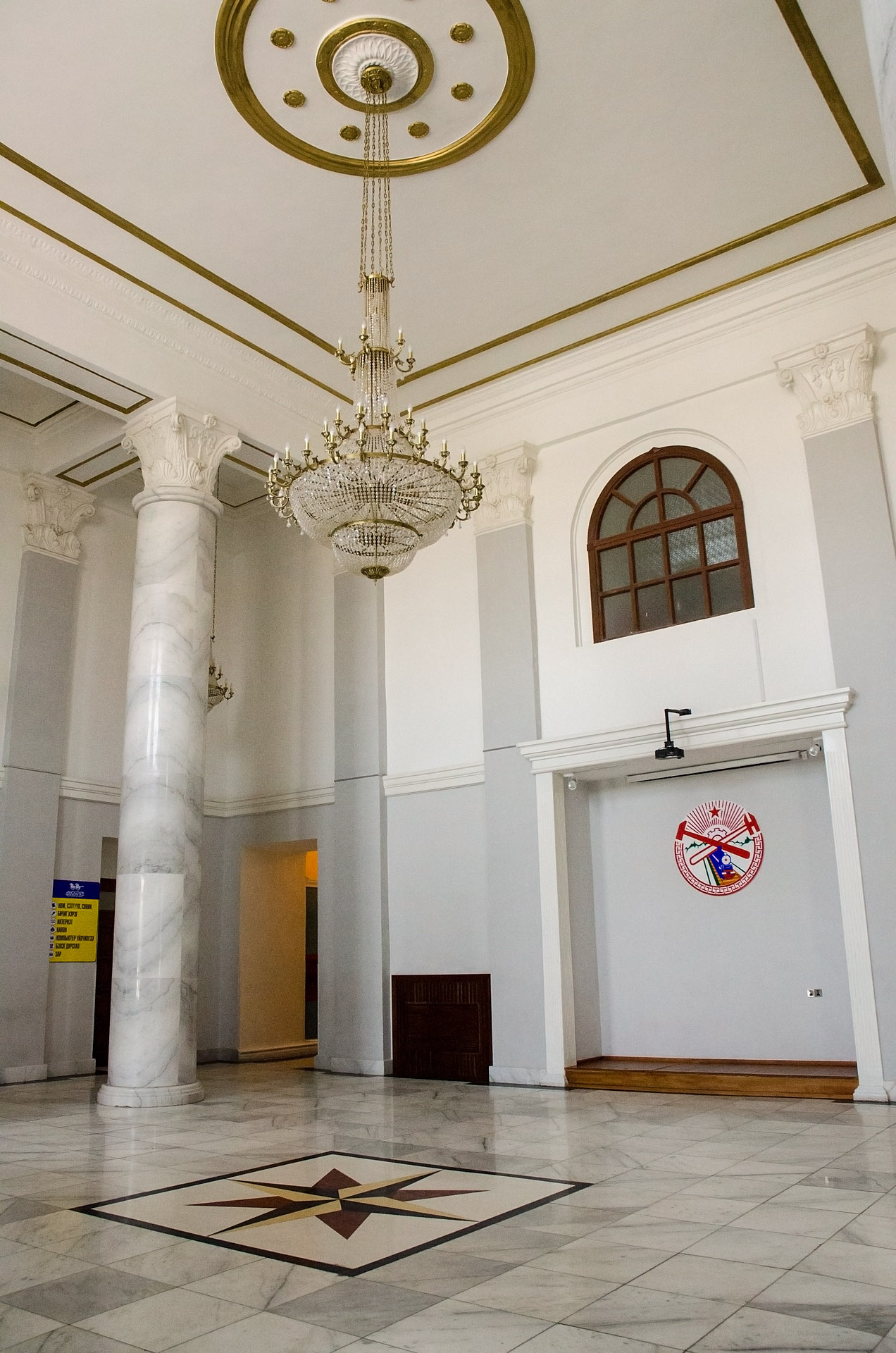 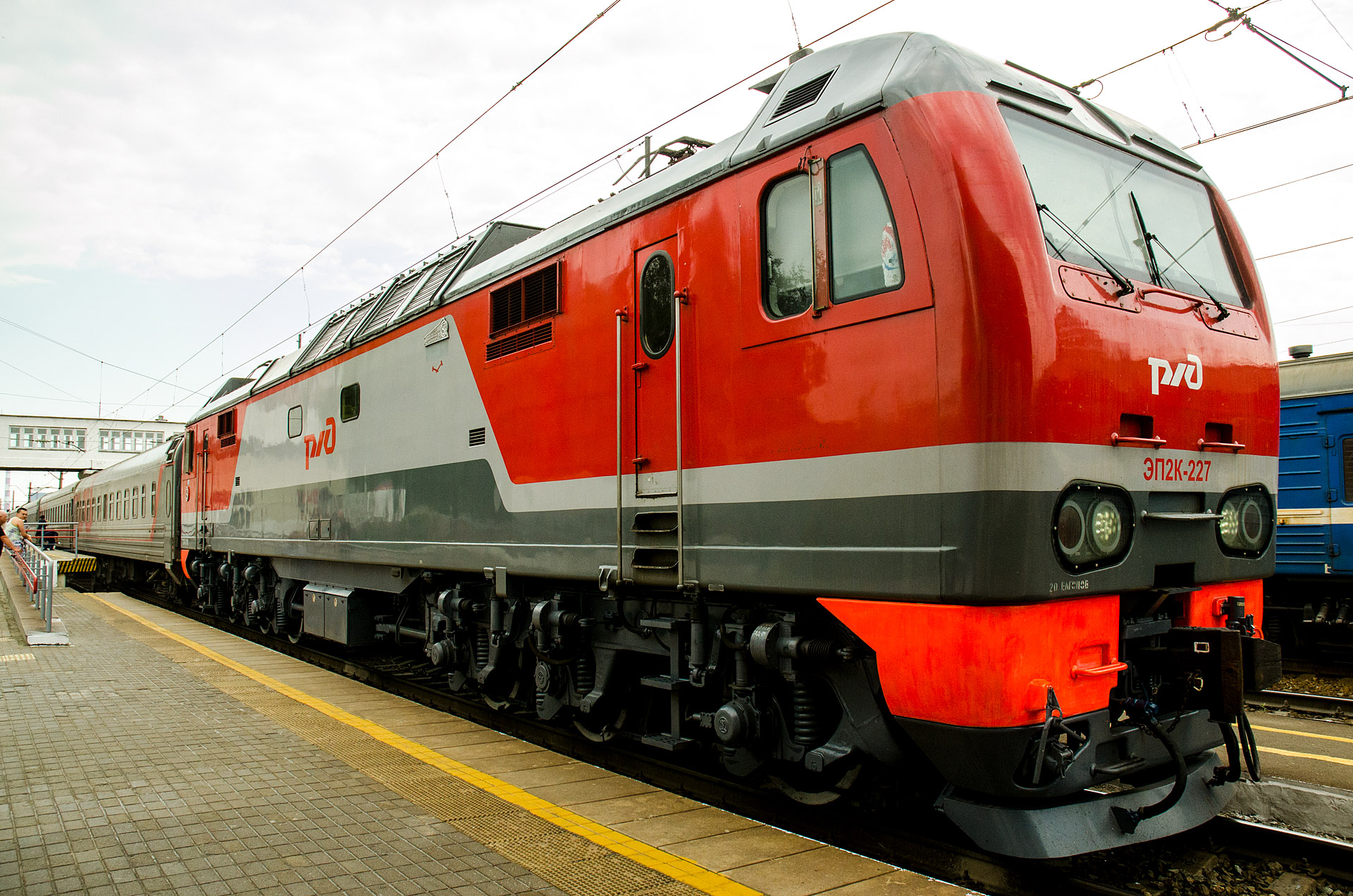 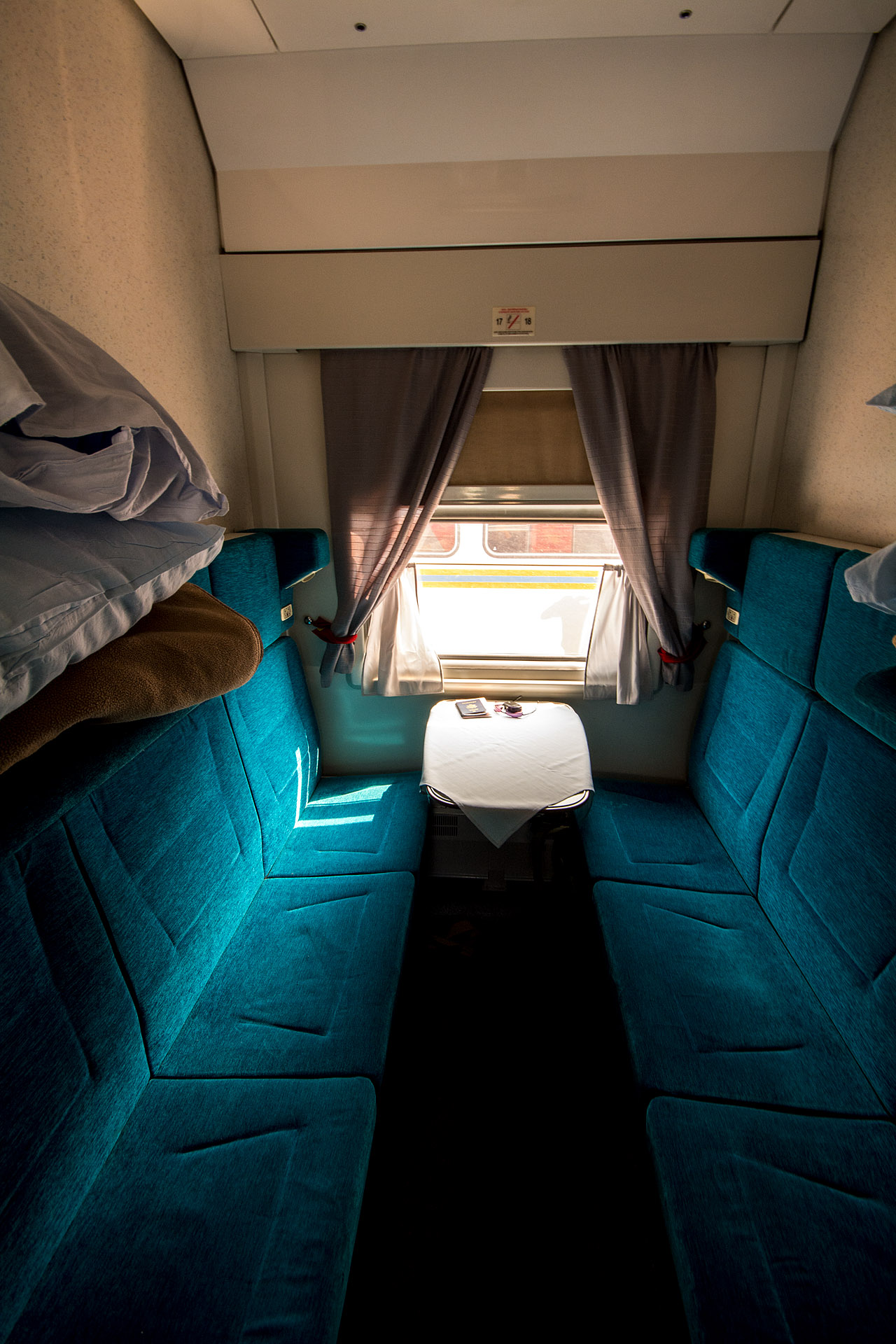 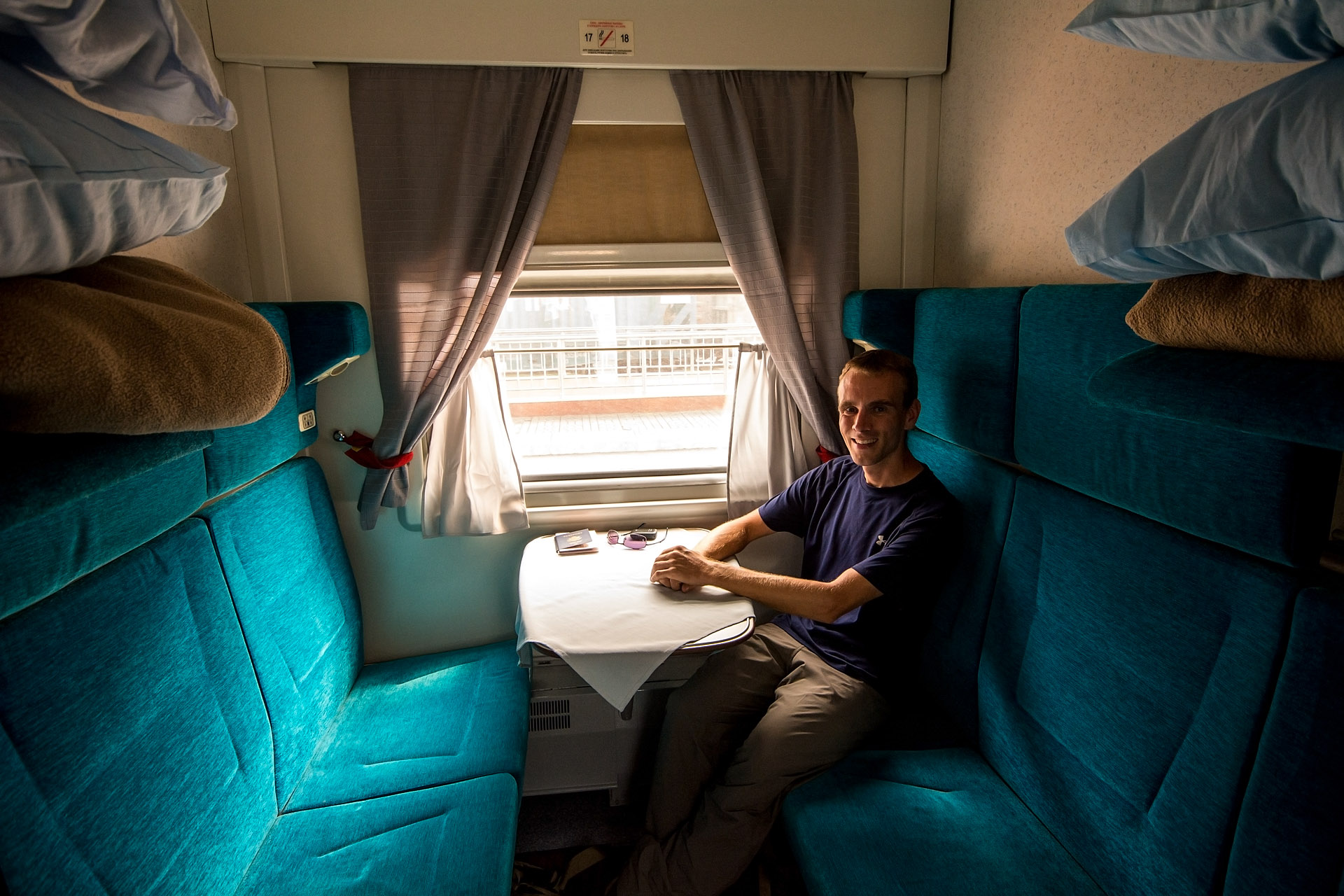 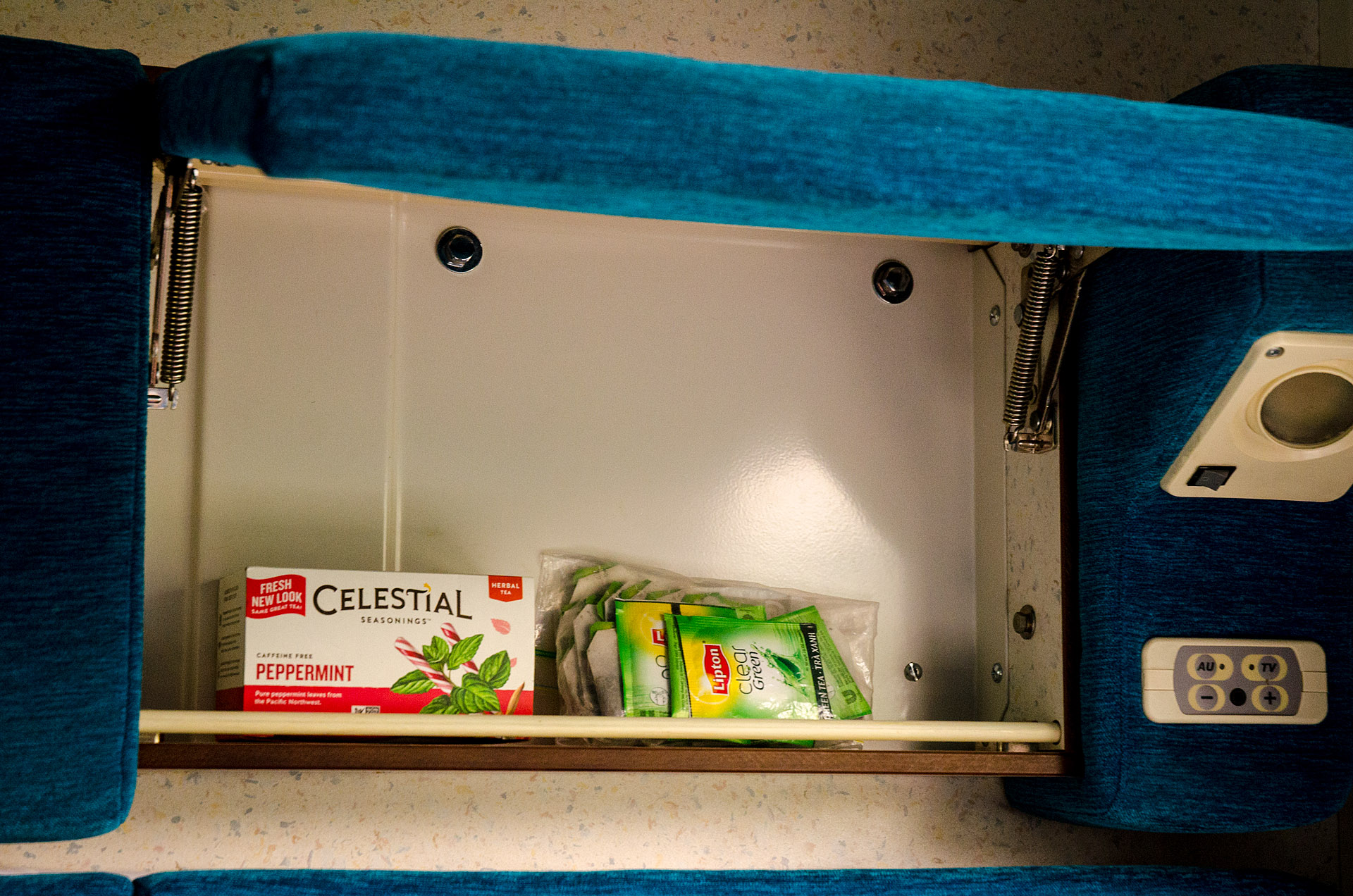 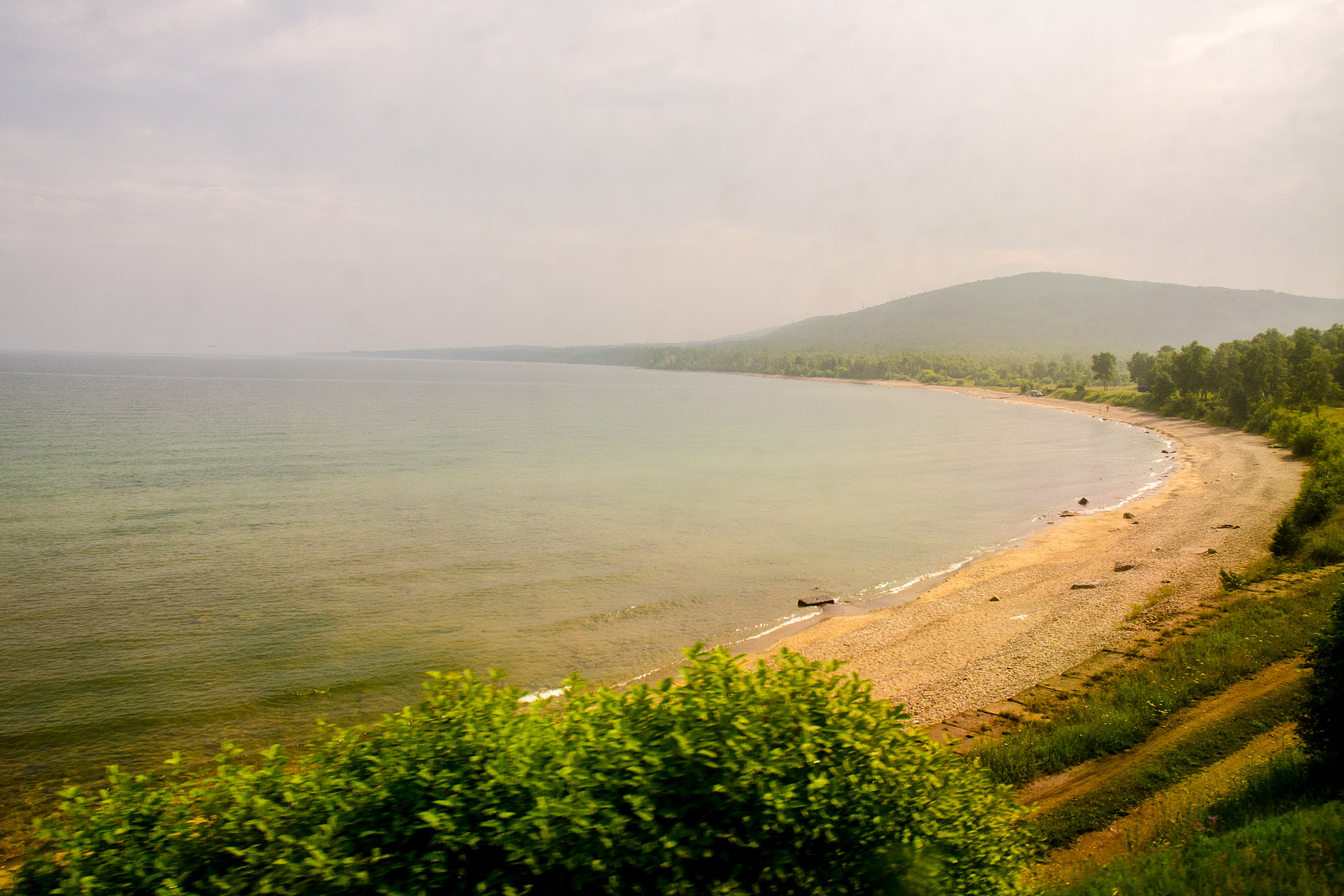 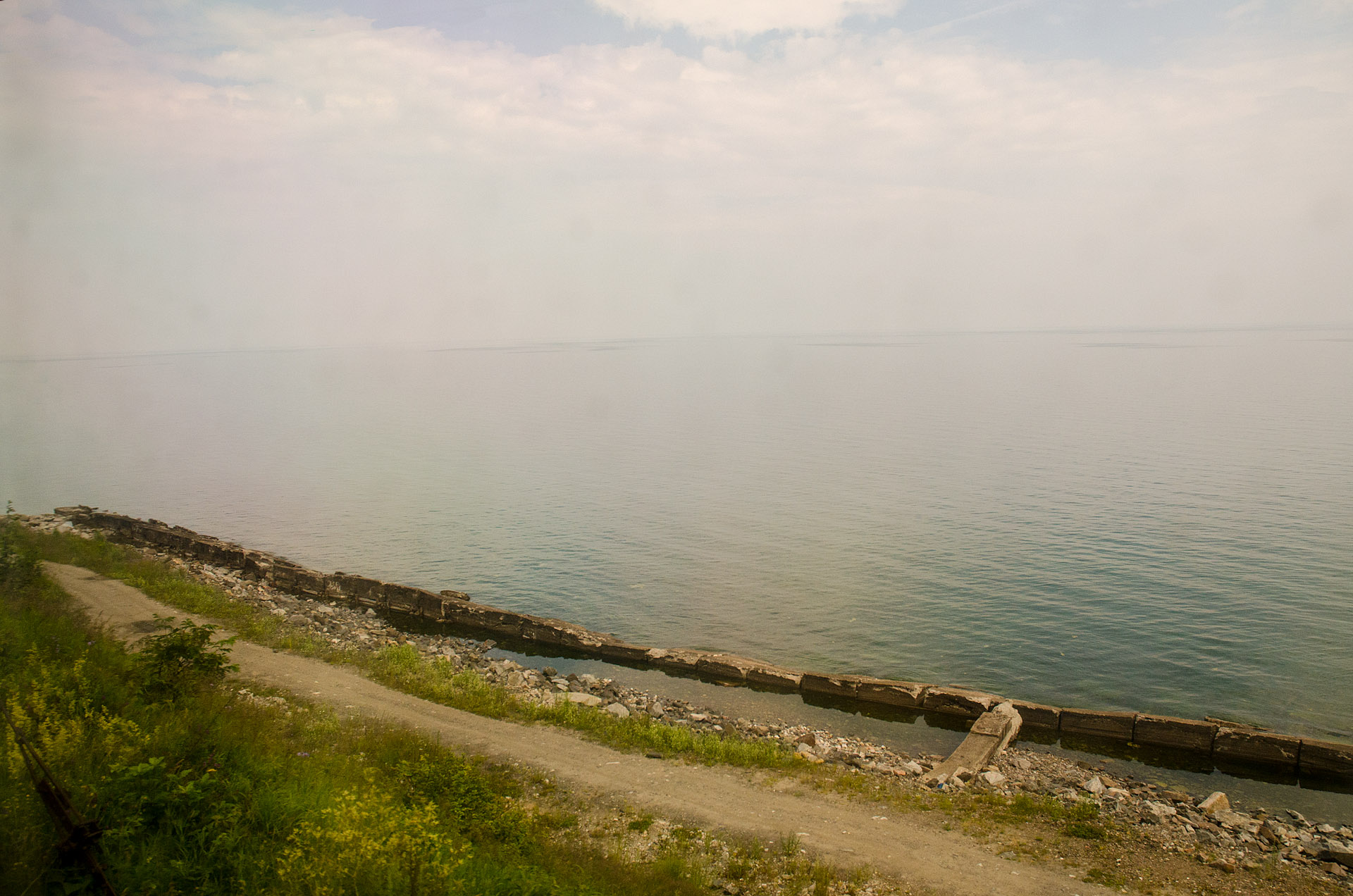 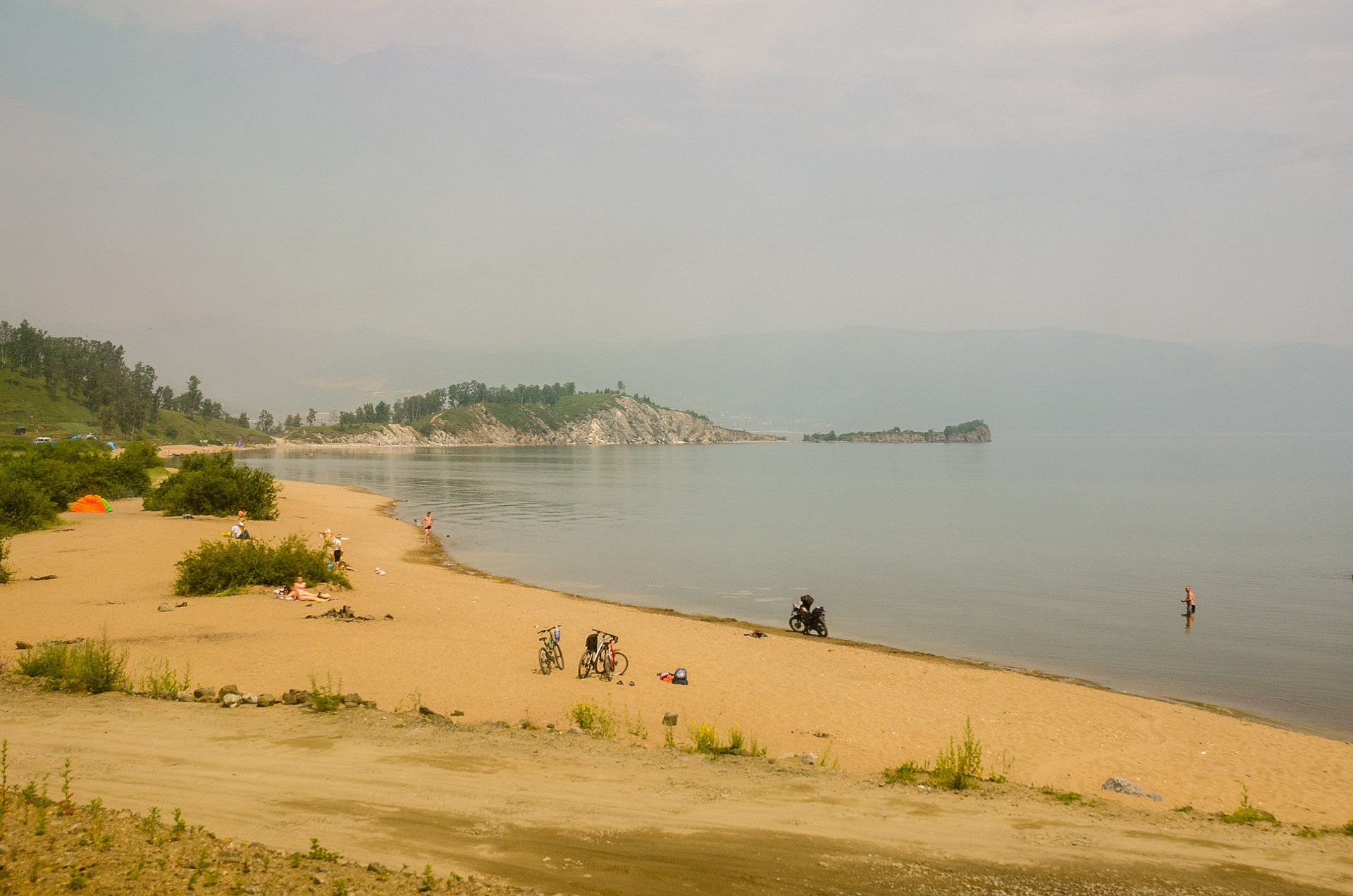 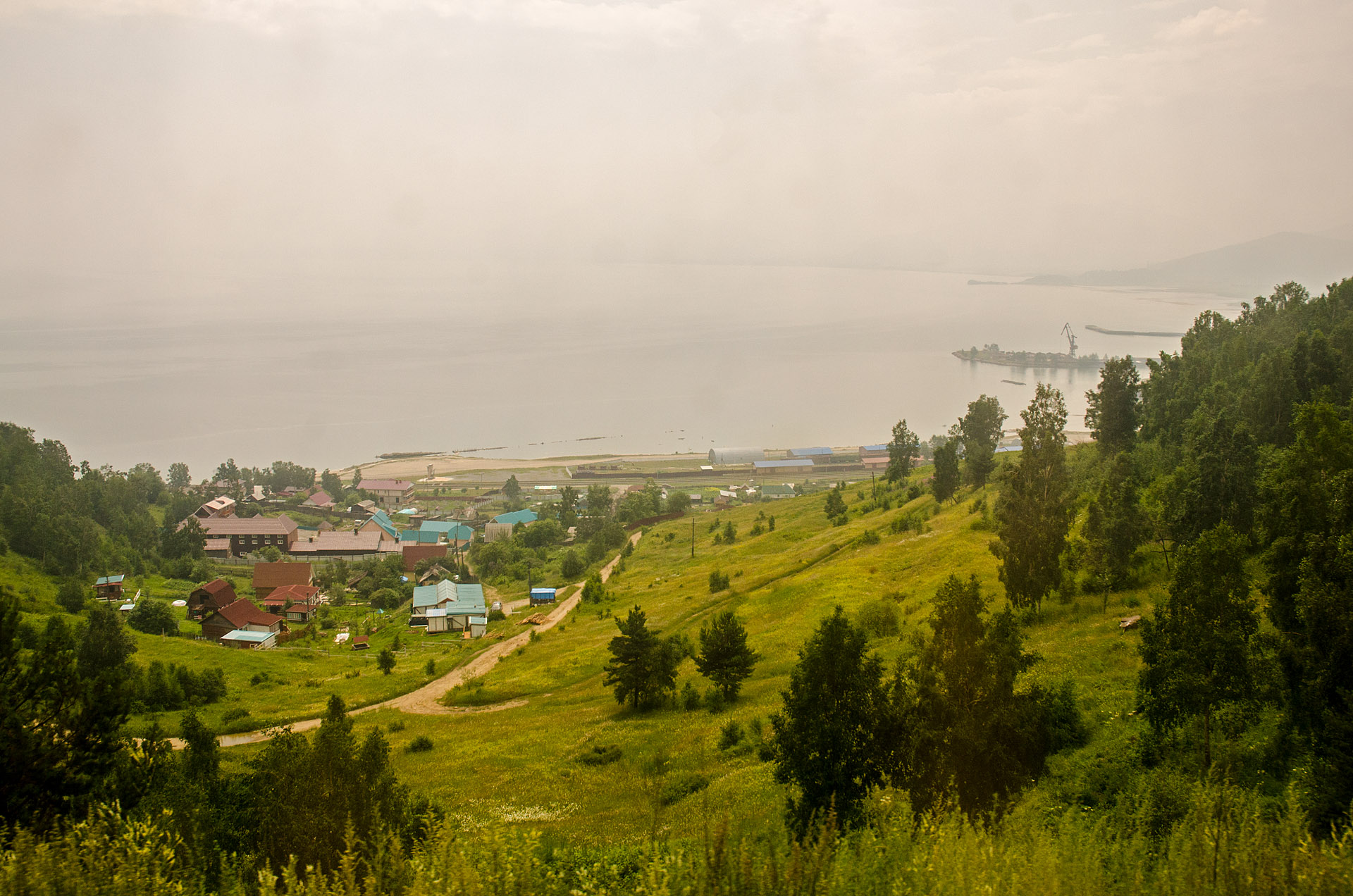 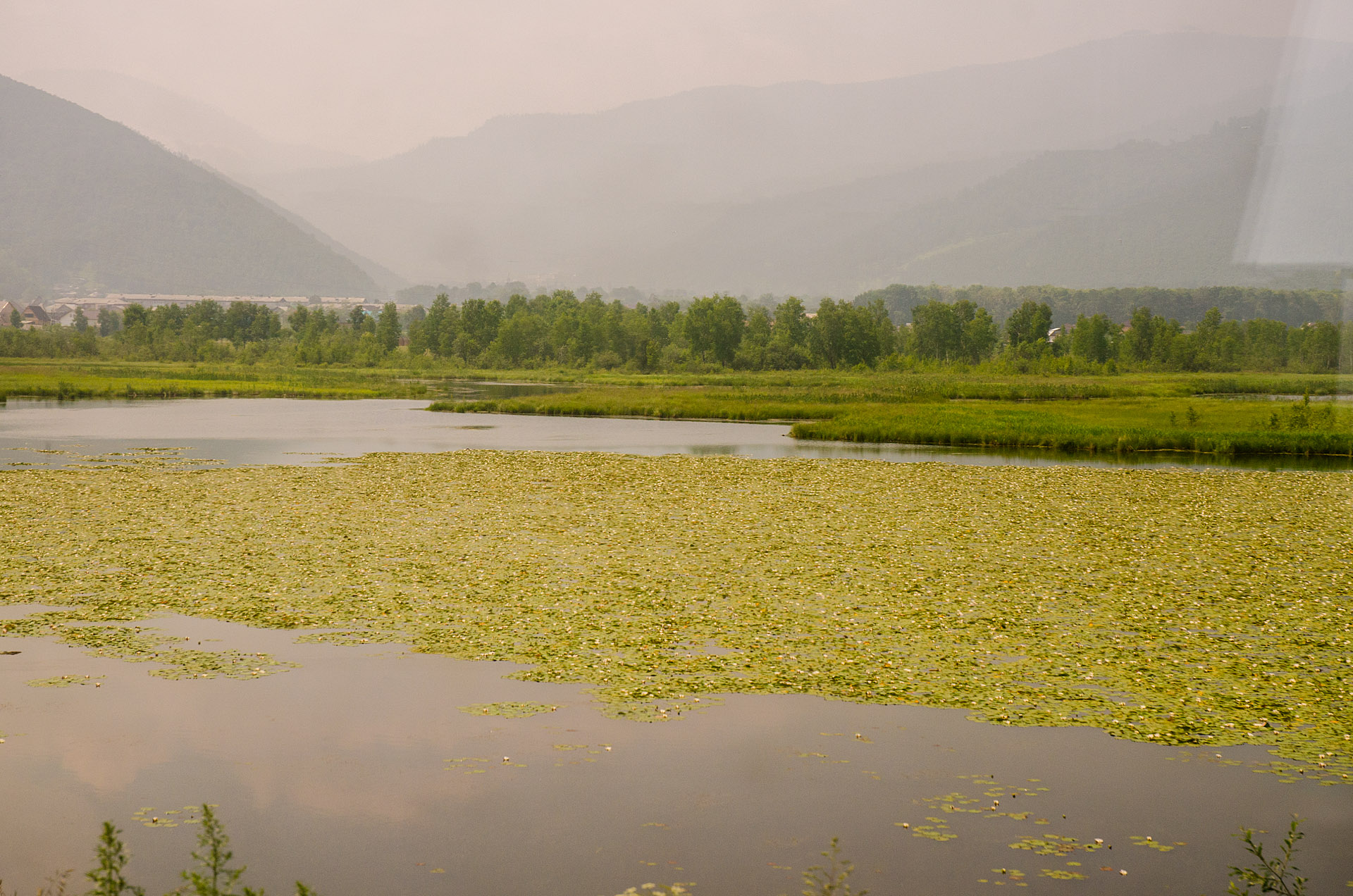 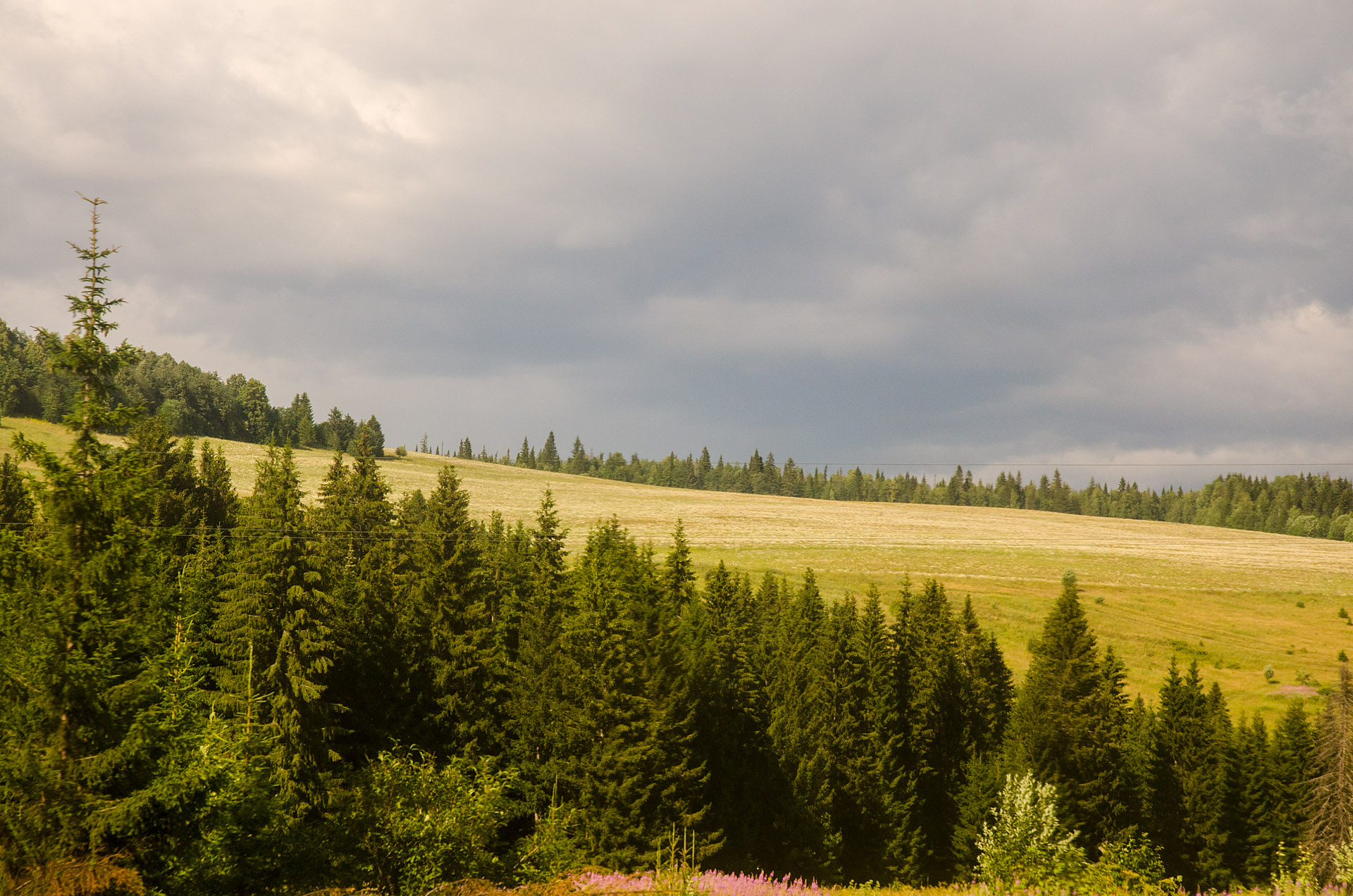 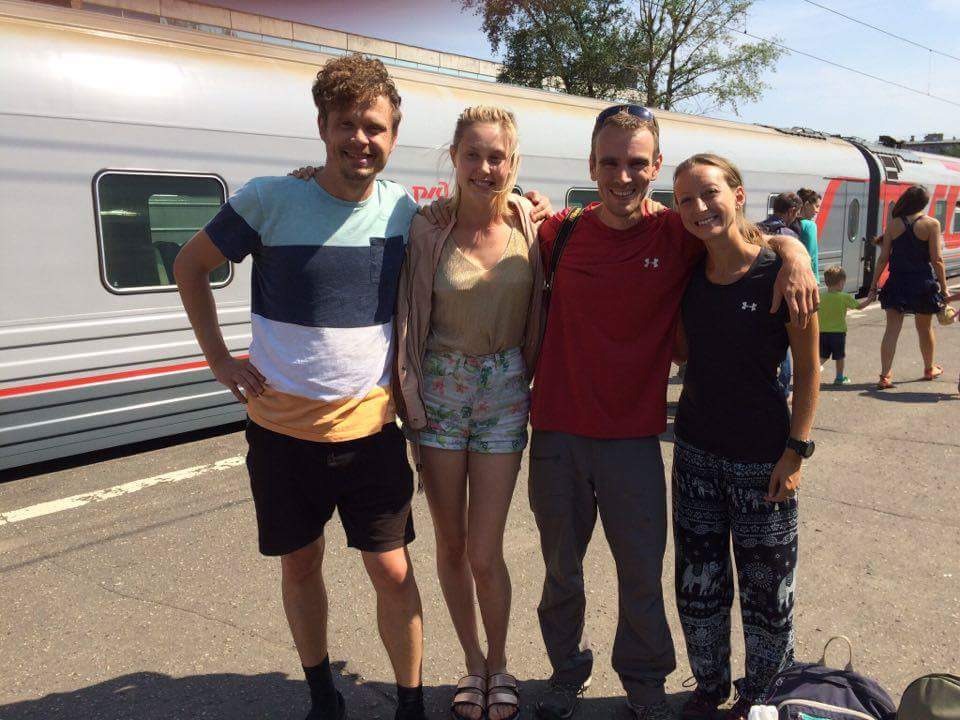 *Note: We took the Trans-Mongolian line from Beijing to Ulaanbaatar, then spent five days touring Central Mongolia. After then boarding the Trans-Siberian line in Ulaanbaatar, we were on the train non-stop for four days until reaching our final destination of Moscow. 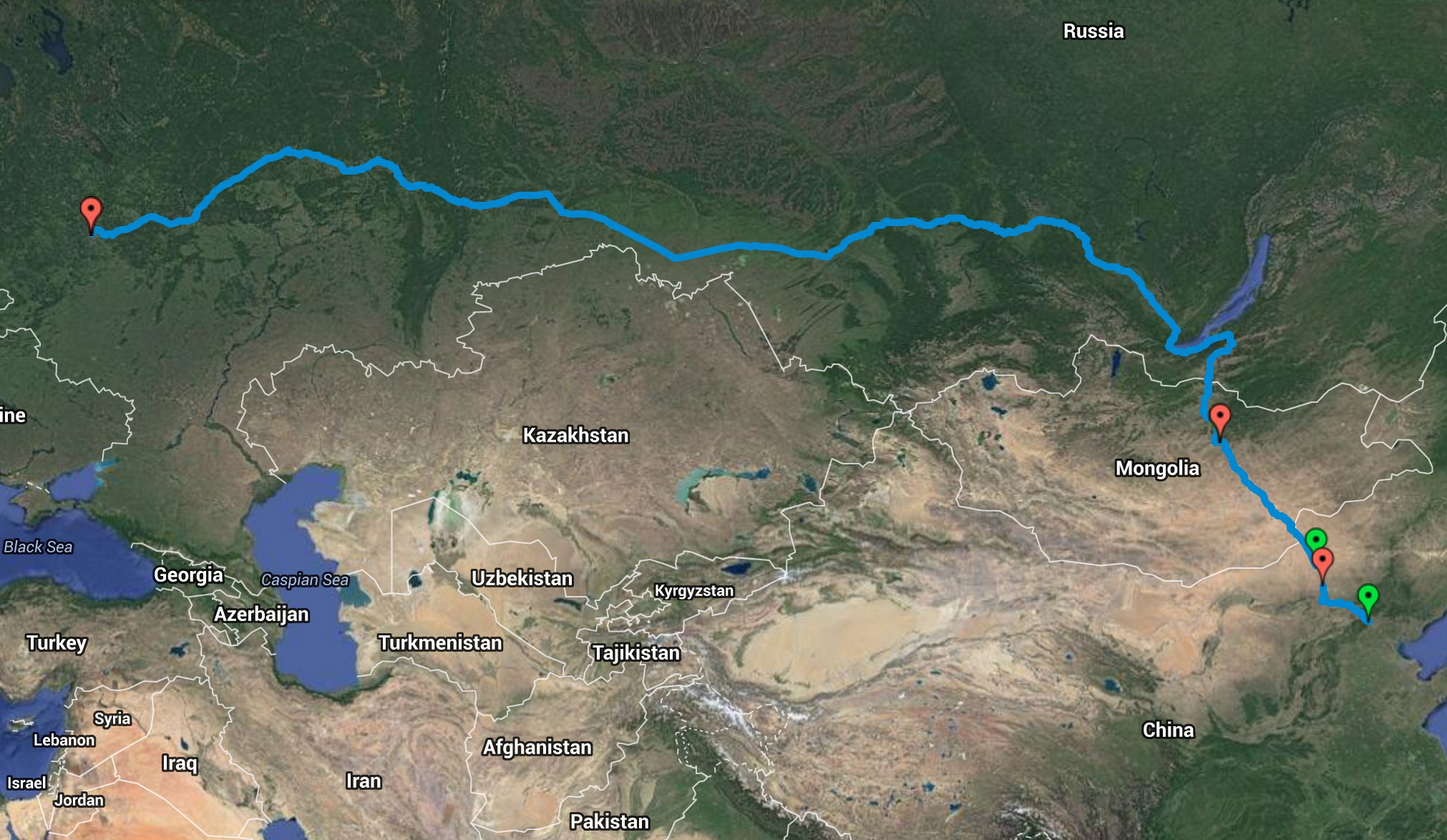