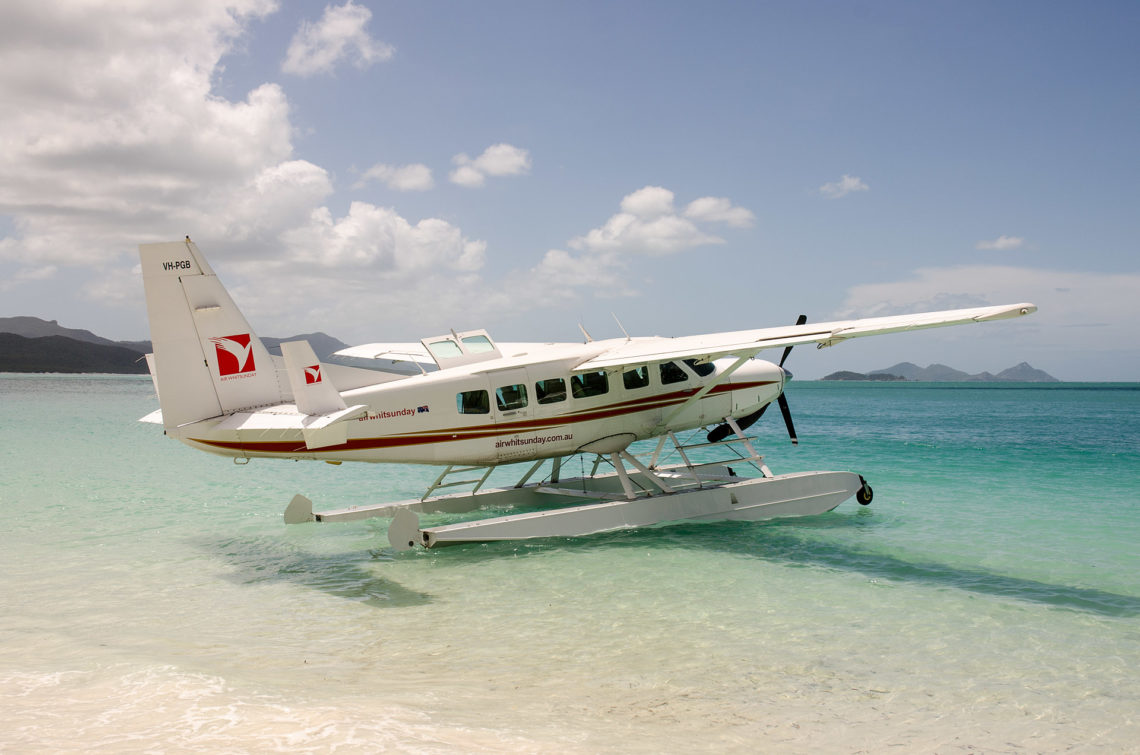 After three days of unfavorable winds and visibility limitations, we finally were able to board our 10-person Cessna 208 Caravan for our seaplane adventure with Air Whitsunday! Much like committing to parking myself at the base of Tongariro until I could hike, I really didn’t want to leave Airlie Beach without our scenic flight. Unlike Tongariro, though, it was frustrating to actually have to wait around for perfect weather. But I’ve always wanted to fly in a seaplane – to feel the rush of a water landing and takeoff – and I couldn’t think of a more beautiful location for checking it off the list.

Our flight path took us from Airlie Beach, over the Shute Islands, and out to the Coral Sea. As we flew over Bait Reef and Hook Reef, our pilot, Ben, informed us that much of the coral we were viewing was under 3–4 meters of water, though the water clarity made it appear as if it was barely below the surface. Passing over Hardy Reef, we descended down to an altitude of just over 100 feet to get a closer view of the reef system. Here, we were also able to catch a glimpse of the much-adored ‘Heart Reef,’ a small, 17-meter patch of coral encompassed within the larger reef system. It was mind-boggling to consider the scale of the Great Barrier Reef as we hovered over a small portion of it. The three reef systems we viewed looked enormous, with large shelves stretching as far as we could see. In its entirety, though, the Great Barrier is comprised of some 3,000 individual reefs and coral cays, covering a staggering 134,000 square miles. 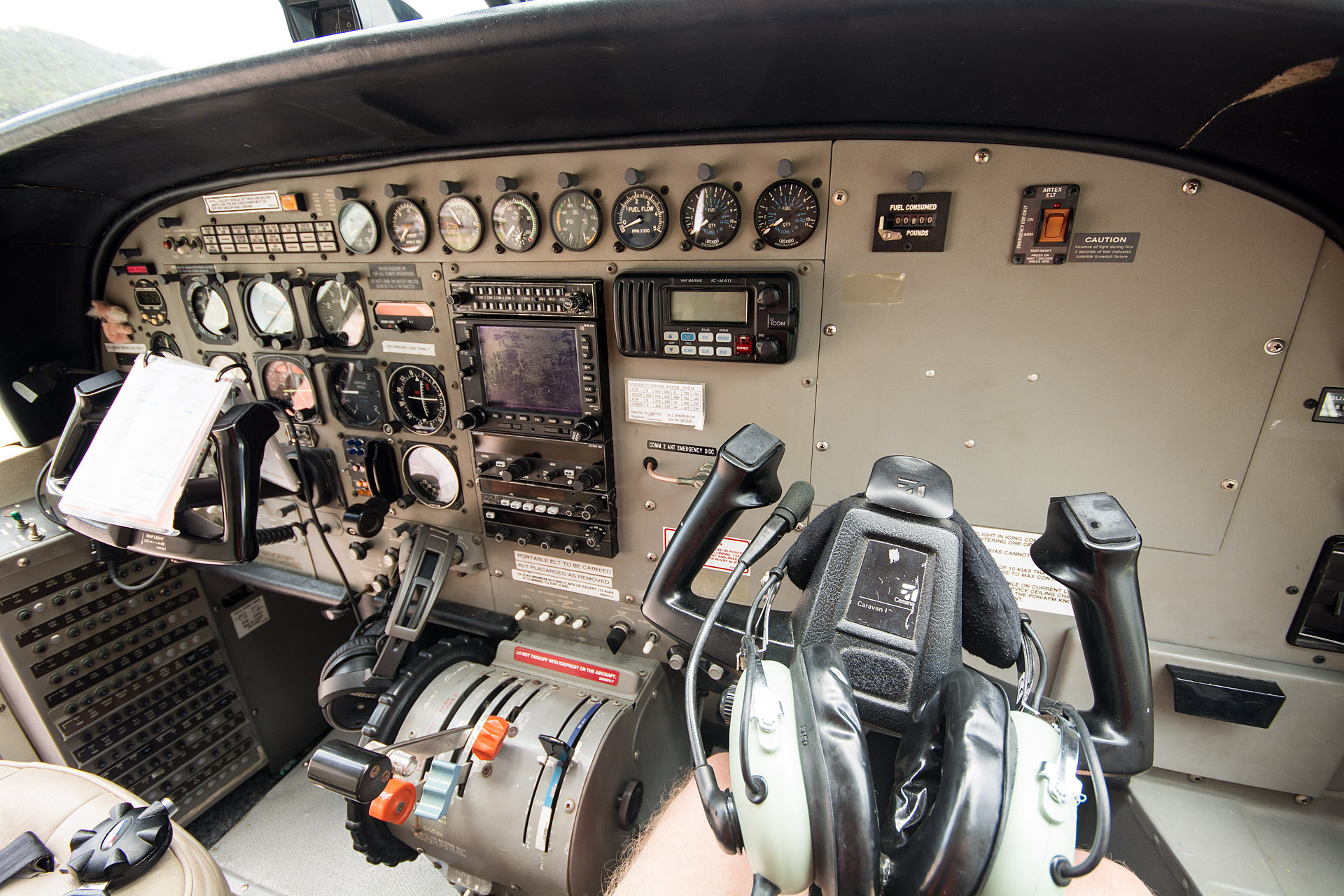 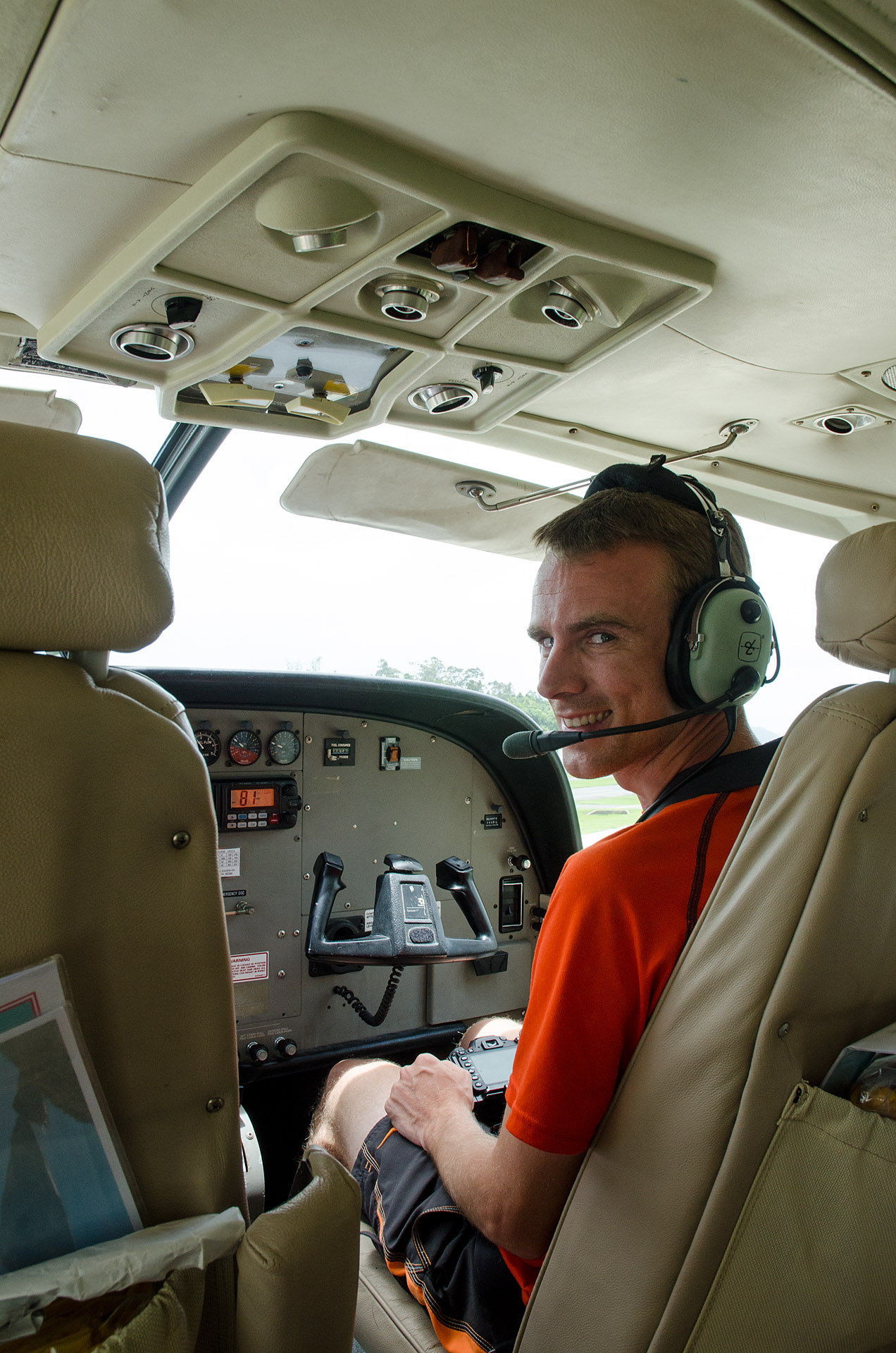 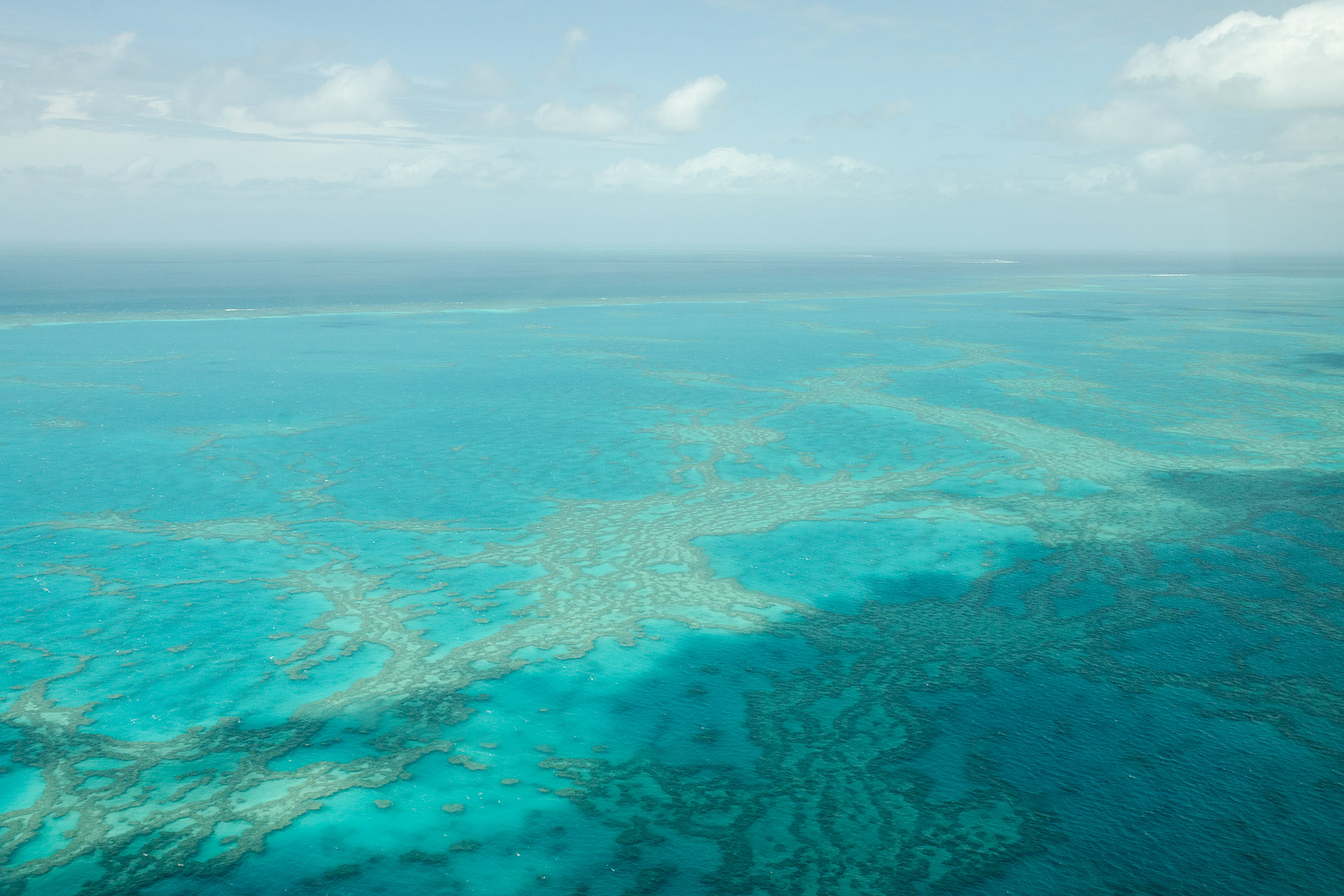 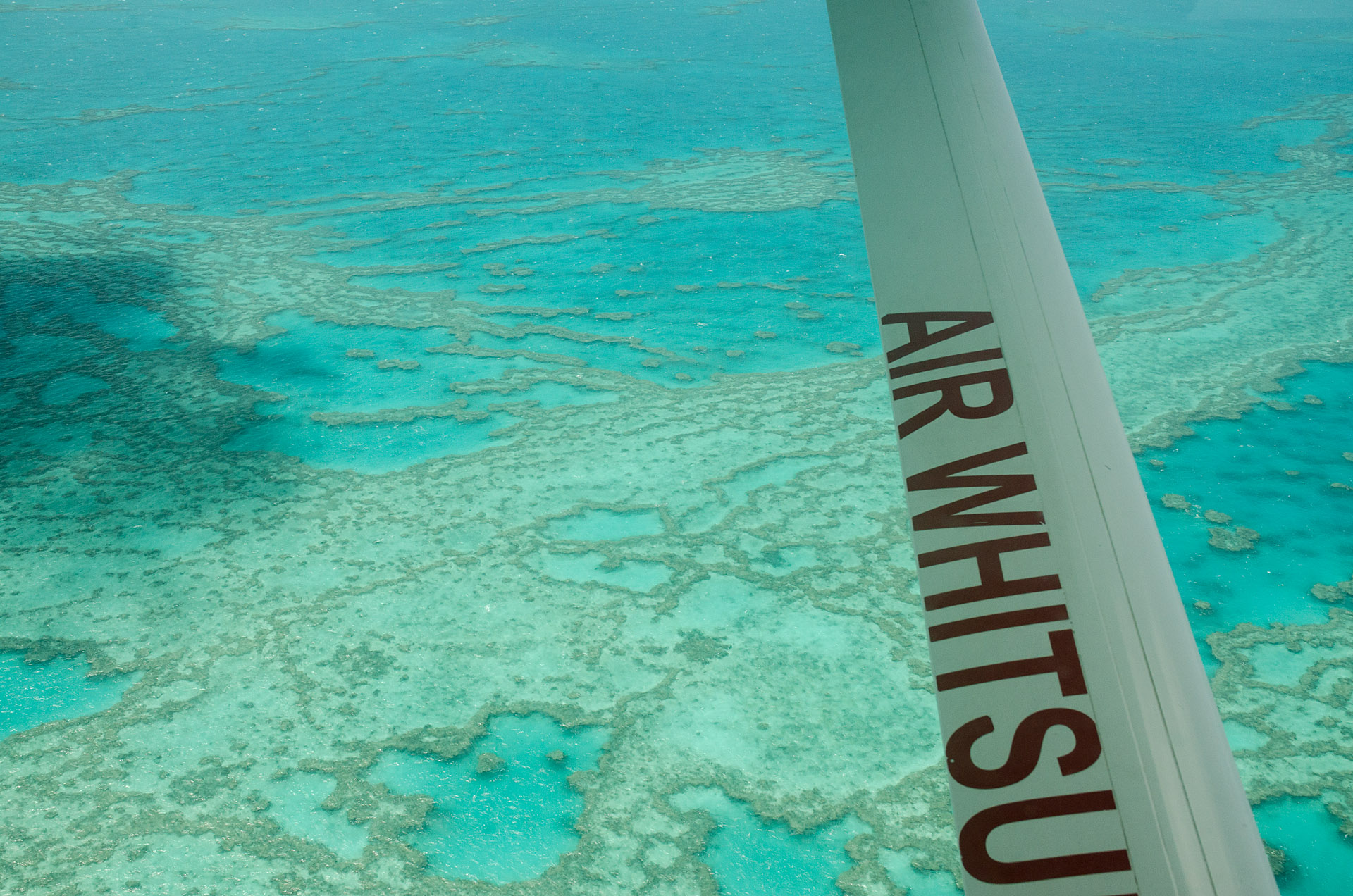 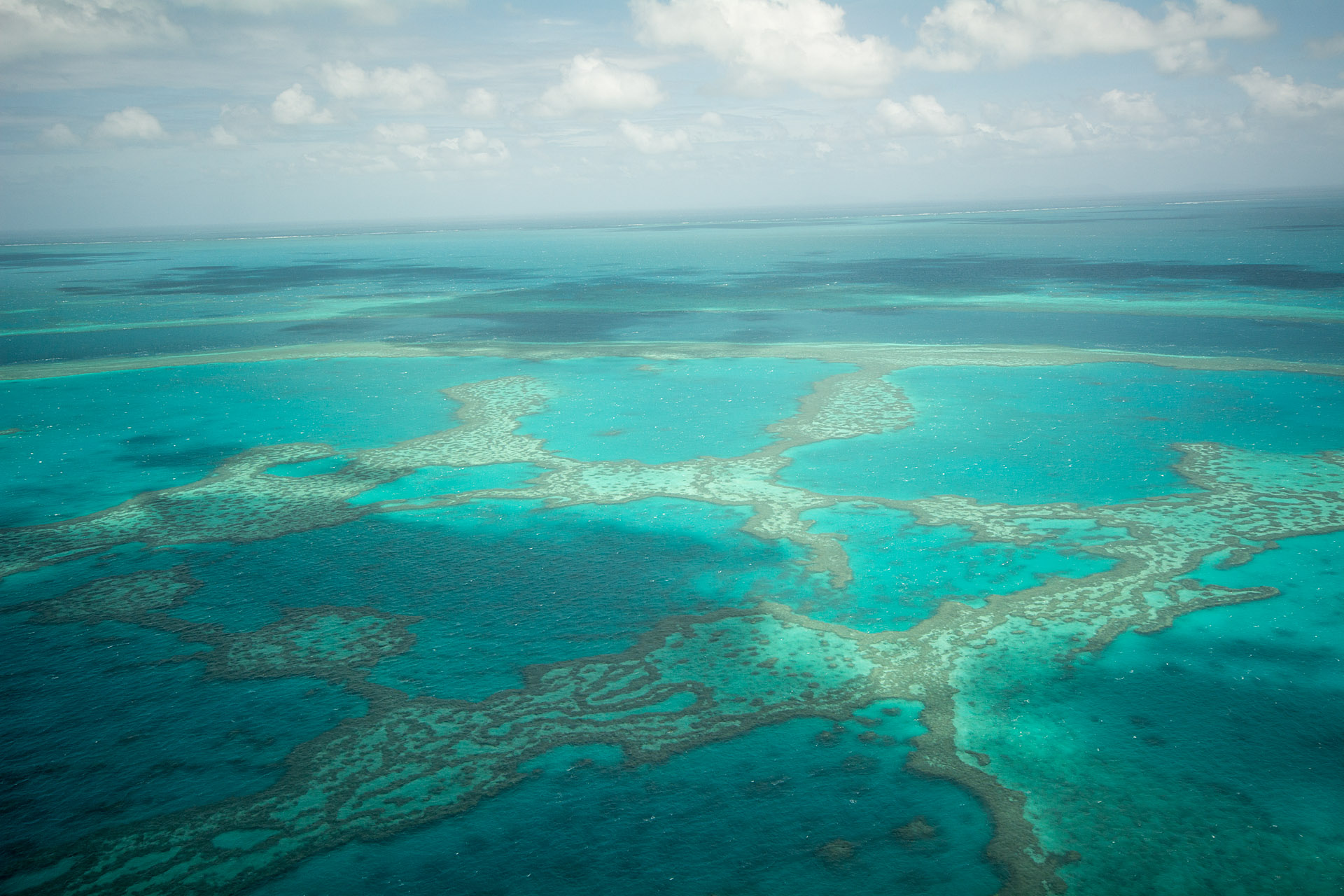 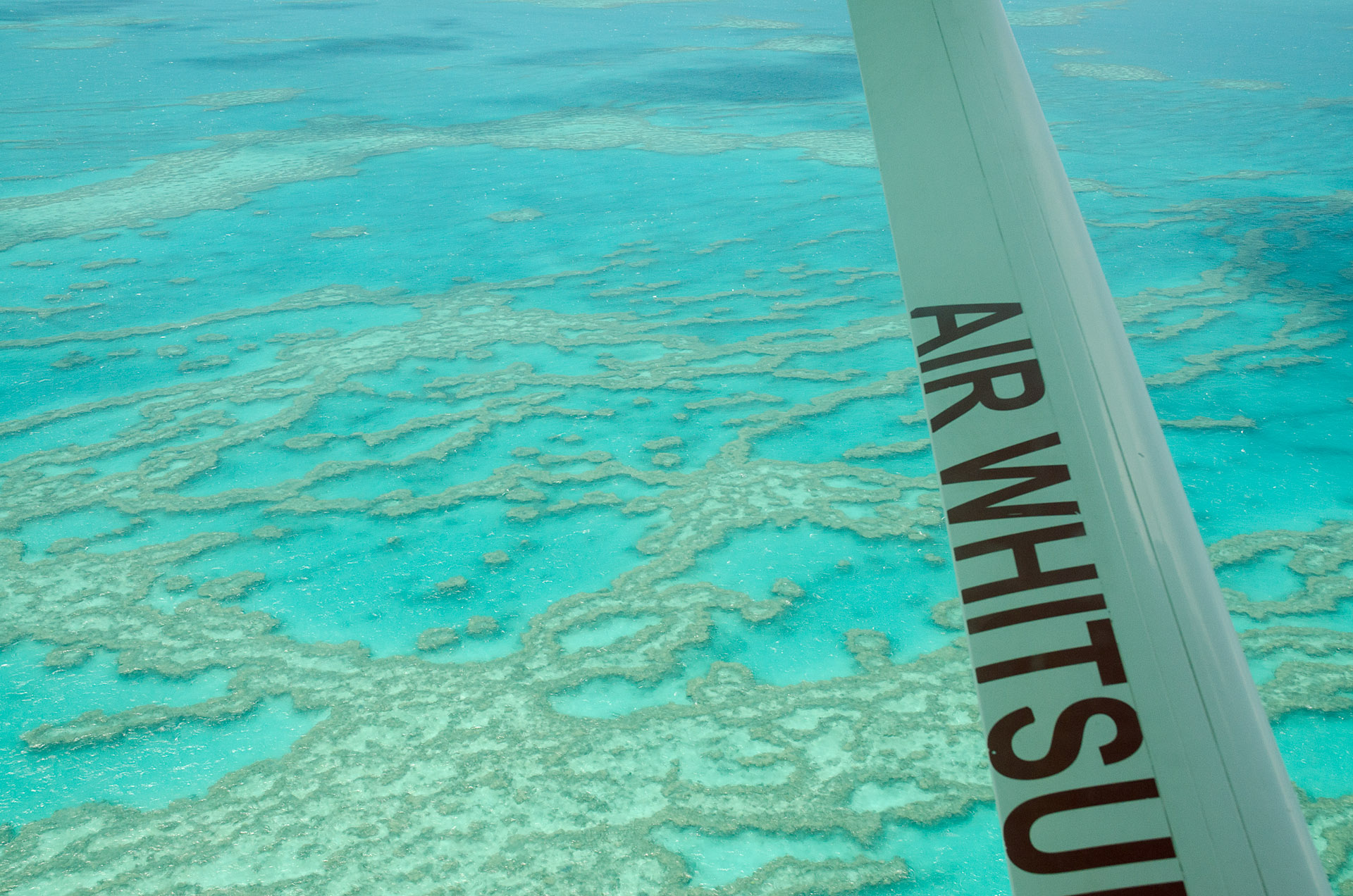 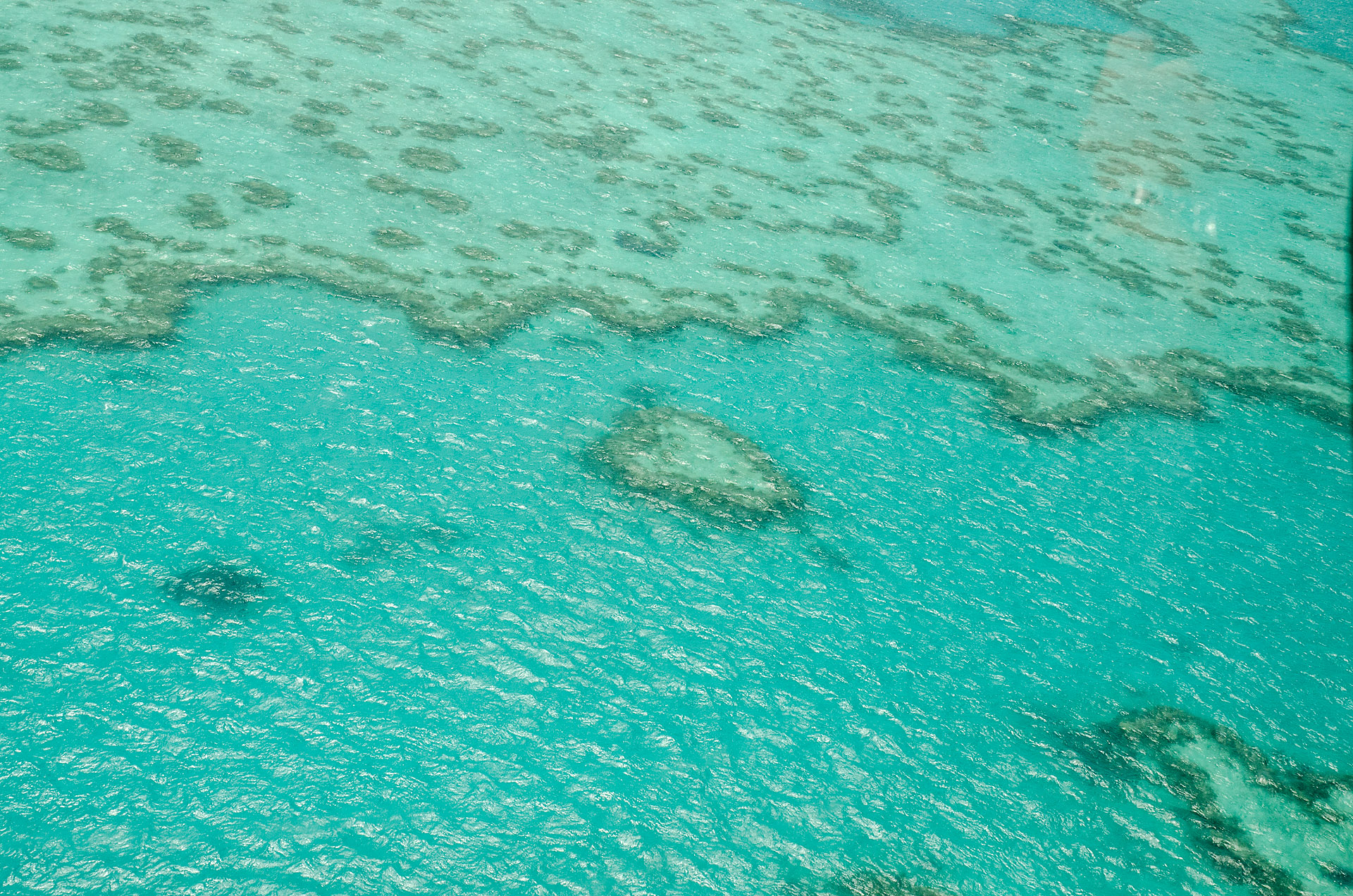 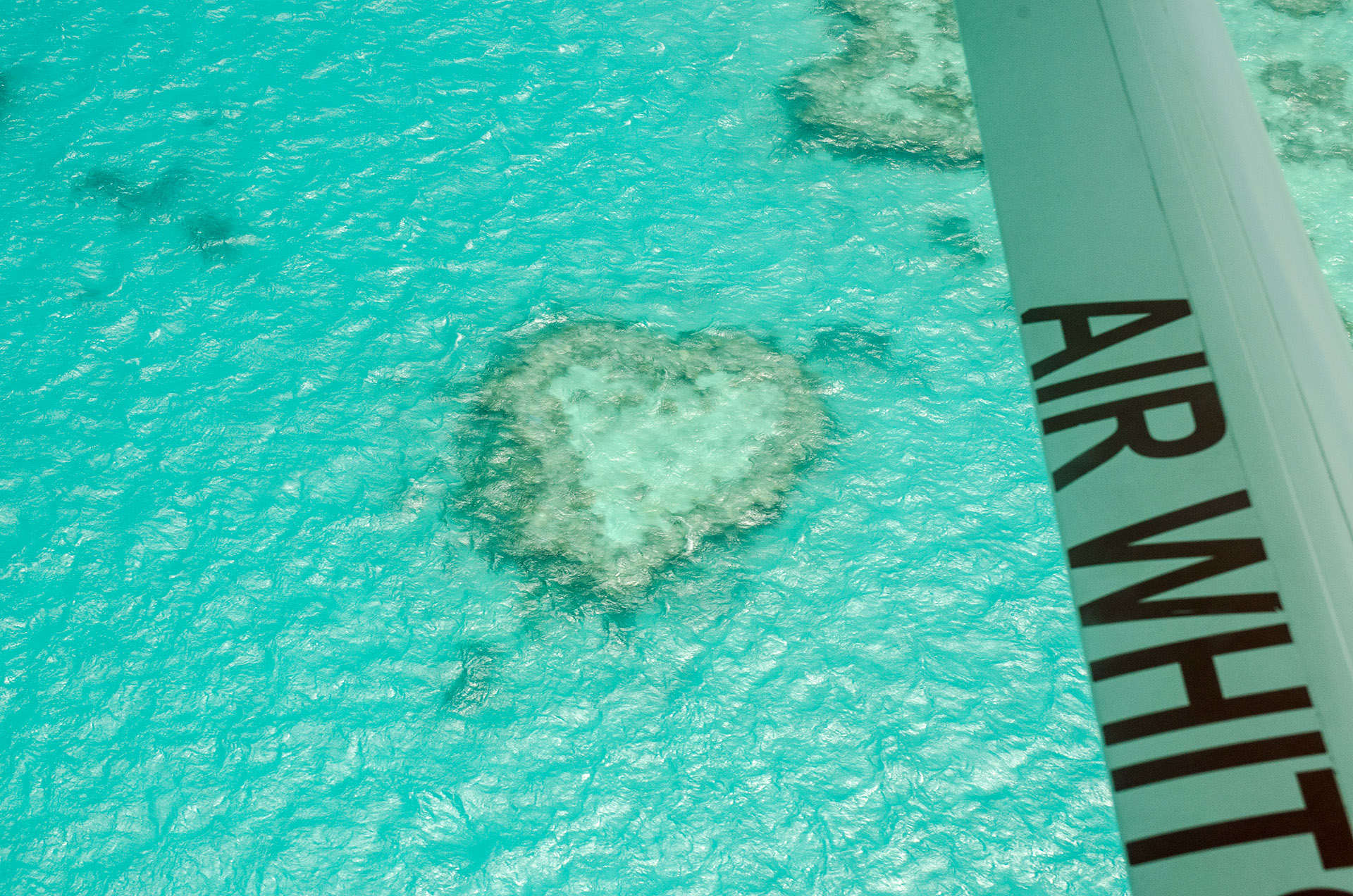 After our aerial glimpse of one of the world’s seven natural wonders, we turned back inland and headed to Whitsunday Island for a water landing at Whitehaven Beach. We passed over the turquoise swirls of Hill Inlet, and along Whitehaven’s crisp white sand. Coming in for the landing over the water was pretty cool, and it was fun to gently splash down on the crystalline sea. We then taxied to a protected cove at the end of the beach, where there was less “swell,” and hopped off the pontoons into the exceptionally warm, calf-deep water. The waves along the main section of beach were only about 6-inch crests, but I had no idea just how calm the shore conditions had to be to prevent the plane from [really inconveniently] washing up onto the beach. 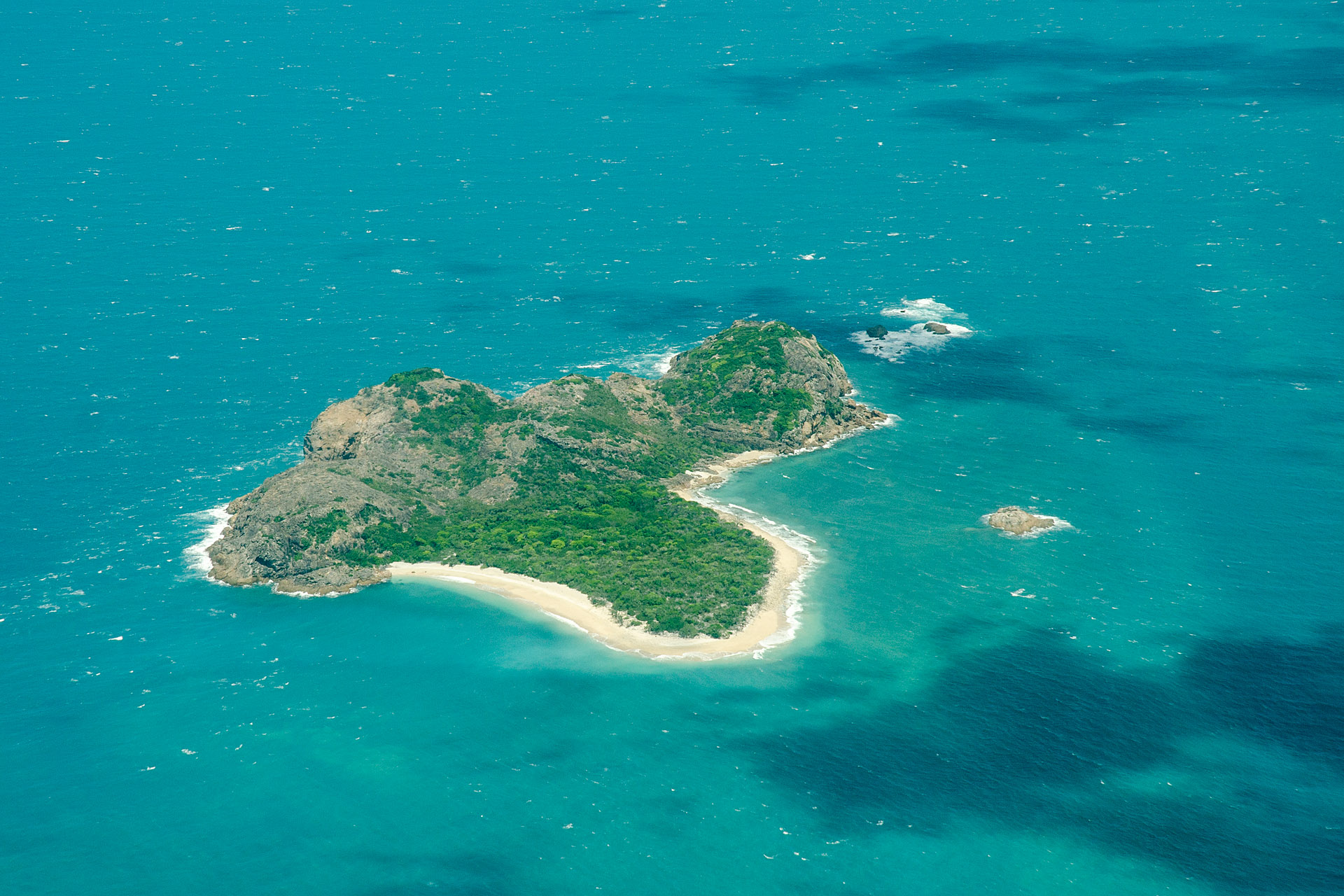 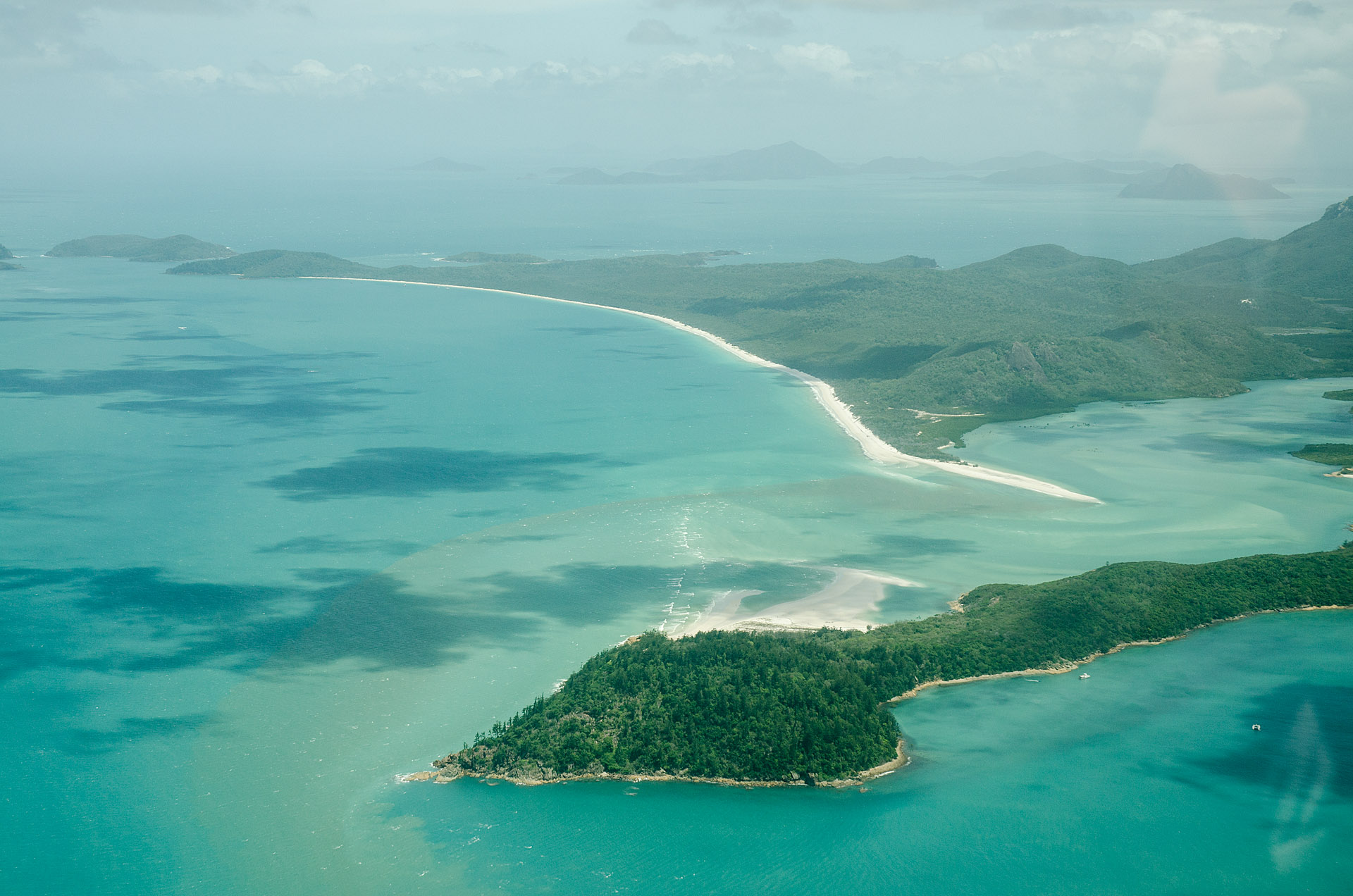 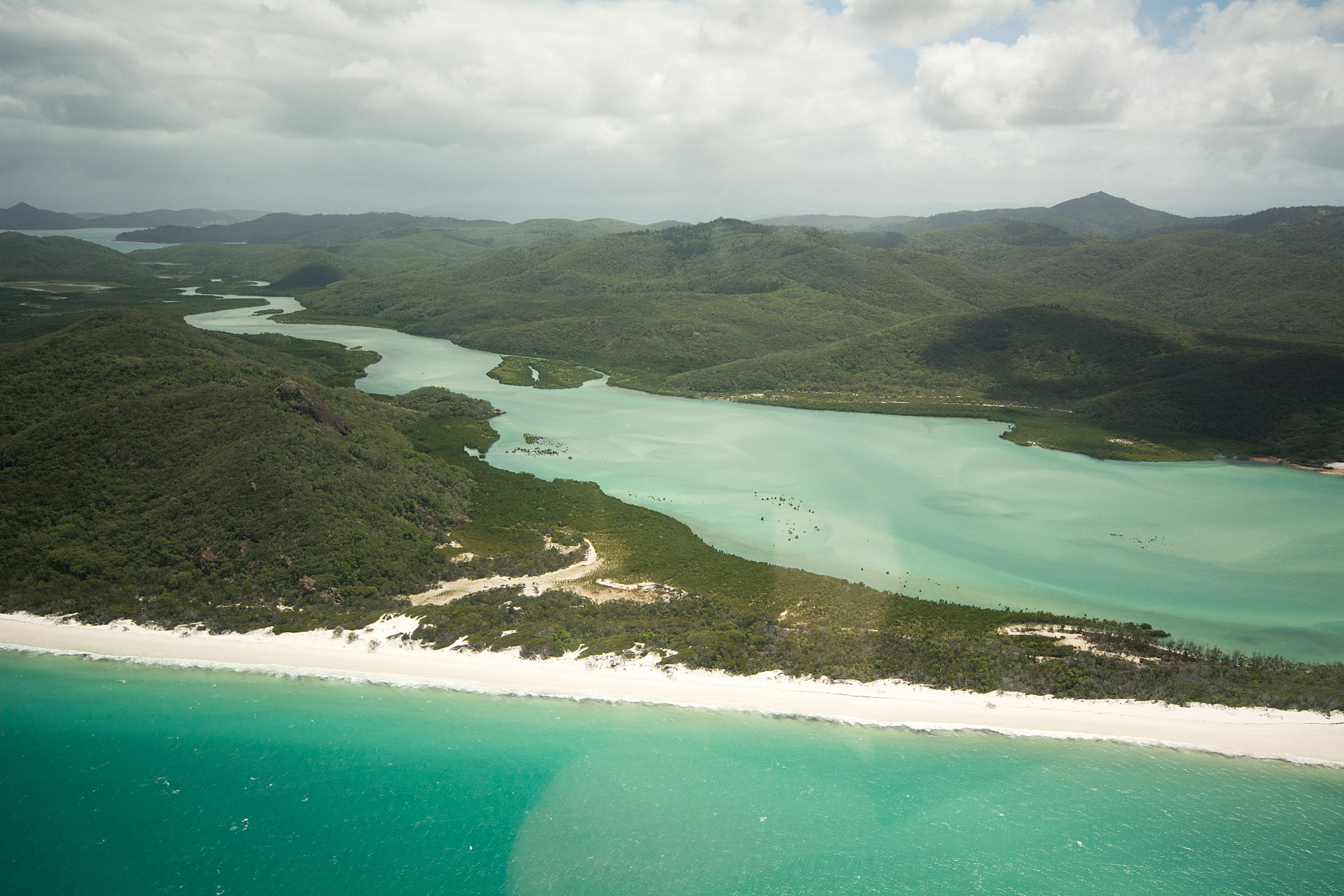 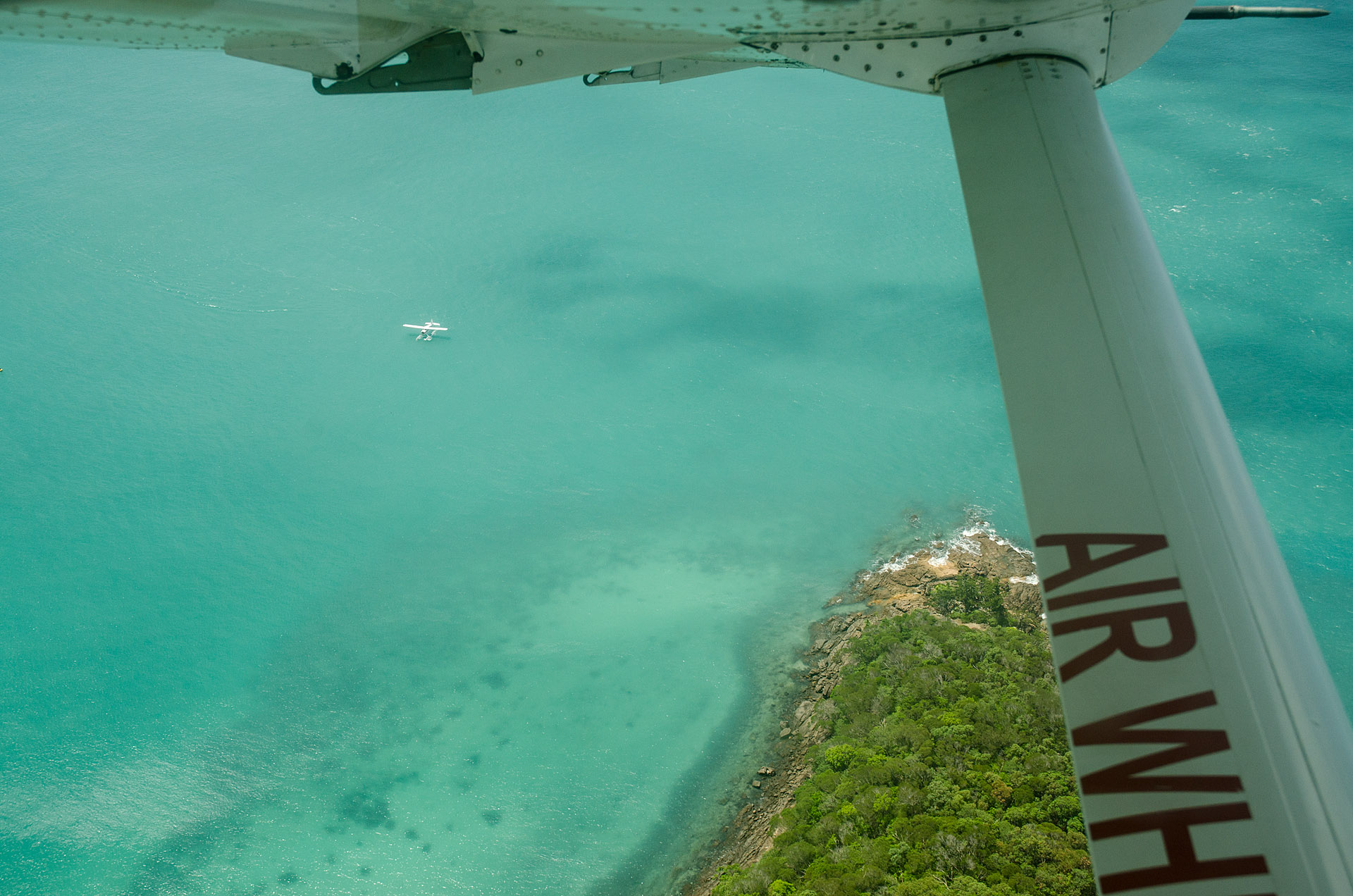 Even though we visited Whitehaven a couple days prior, during our last-minute boat trip, we still immensely enjoyed our return trip to the beach. The weather this trip was even more beautiful, with a cloudless blue sky, and we enjoyed a glass of champagne on the sand. My favorite part, though, was taking a dip in the 85-degree water… sans stinger suit. That is the way the beach is truly meant to be enjoyed. 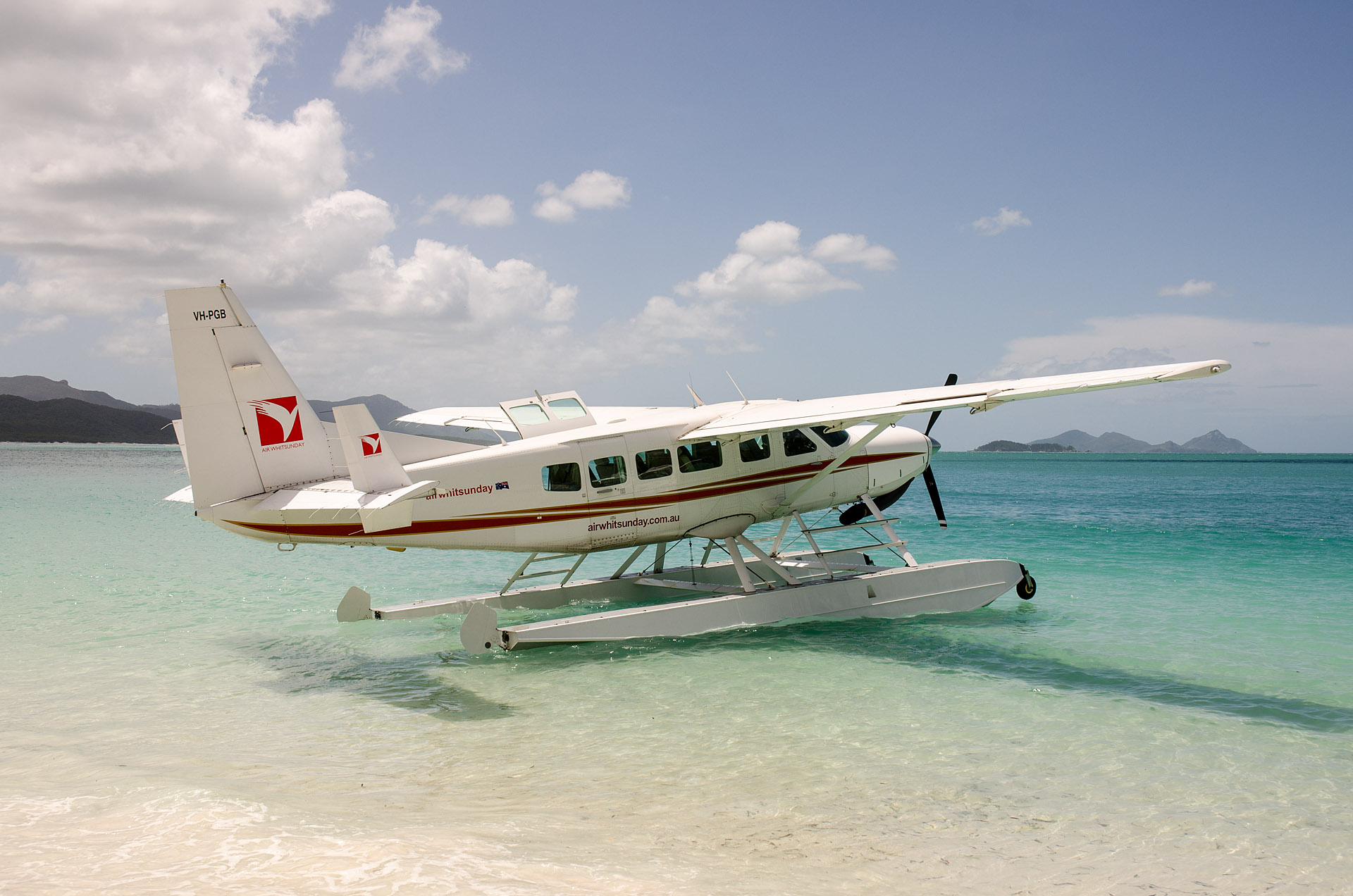 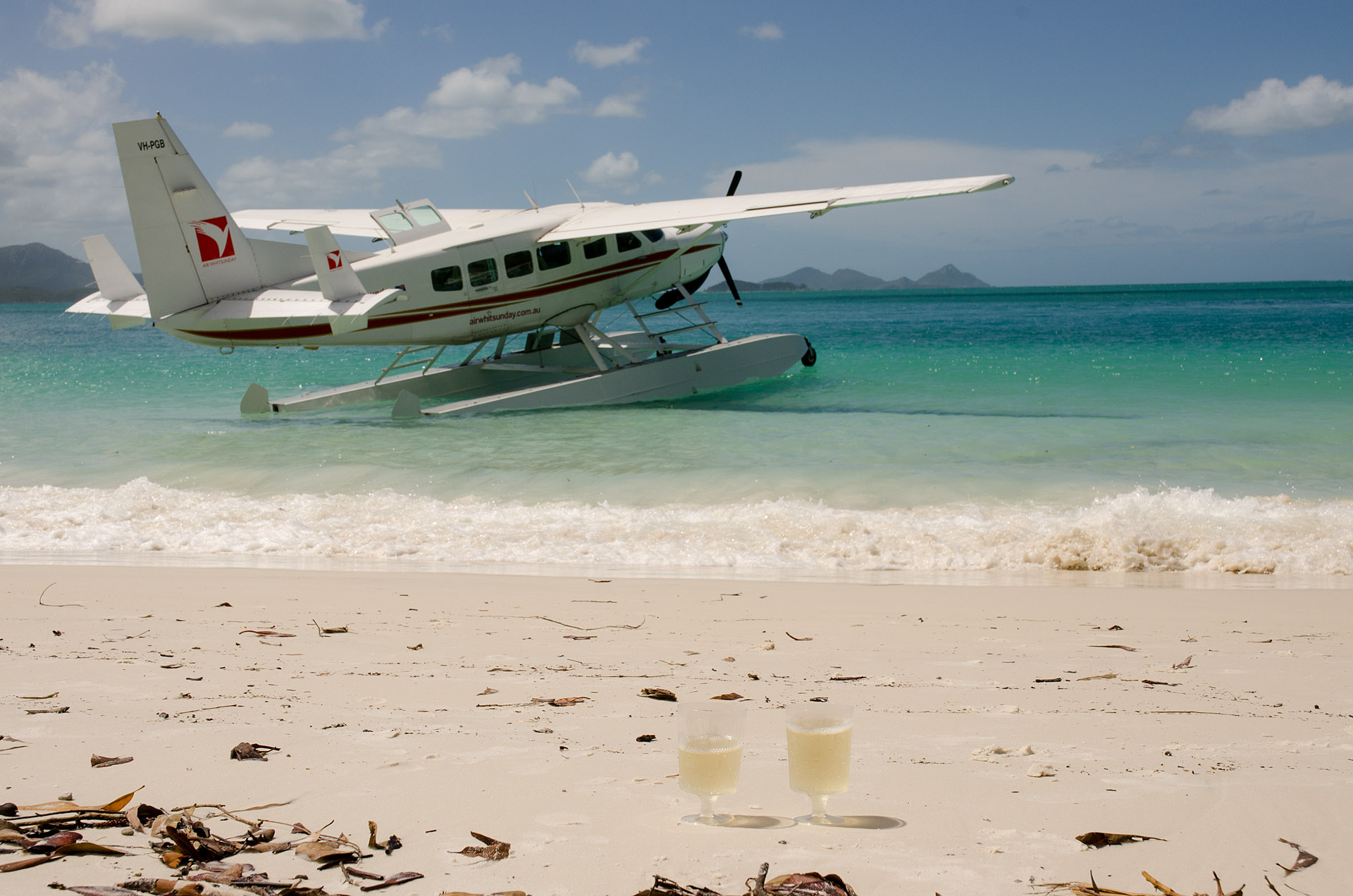 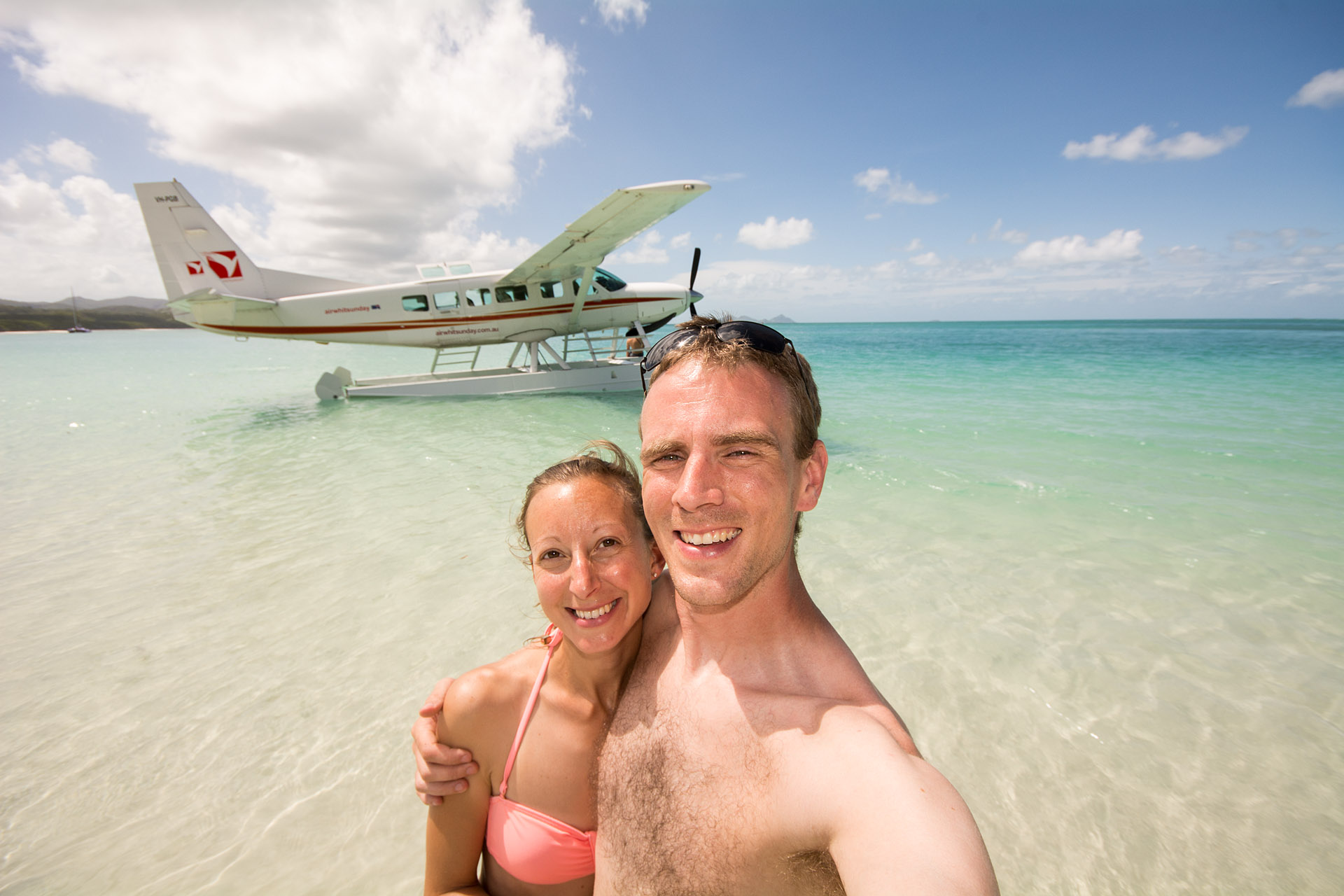 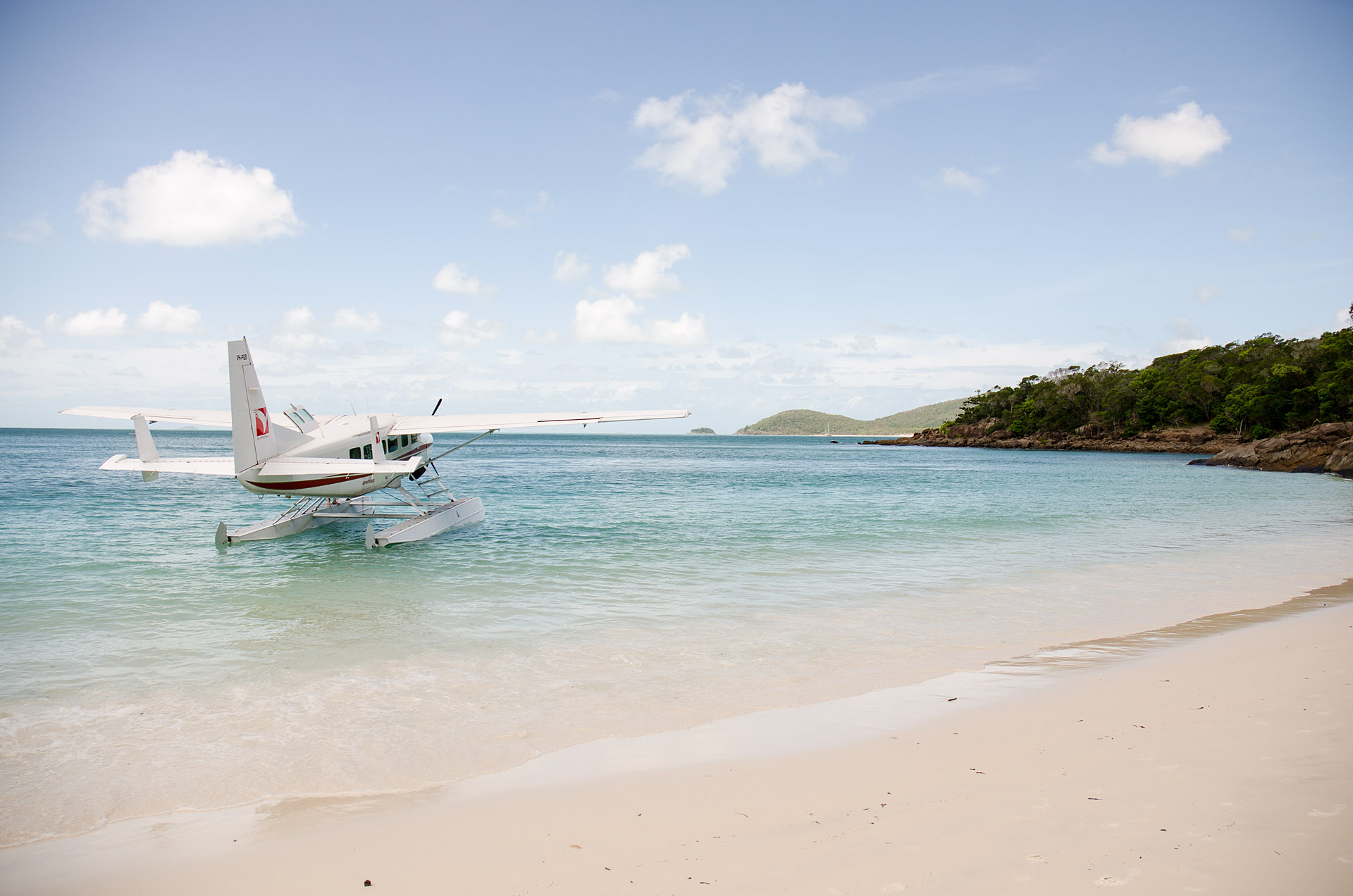 About an hour and a half later we were back on the plane, accelerating across the glassy water and taking off over the southeastern shores of Whitsunday Island. During the short flight back to Airlie Beach, we passed over some of the neighboring isles, thick with forests and laden with unspoiled shores. As we touched down back at the airport, I was filled with gratitude that we were finally able to take our flight, and able to immerse ourselves in a small portion of the reef’s aerial beauty. 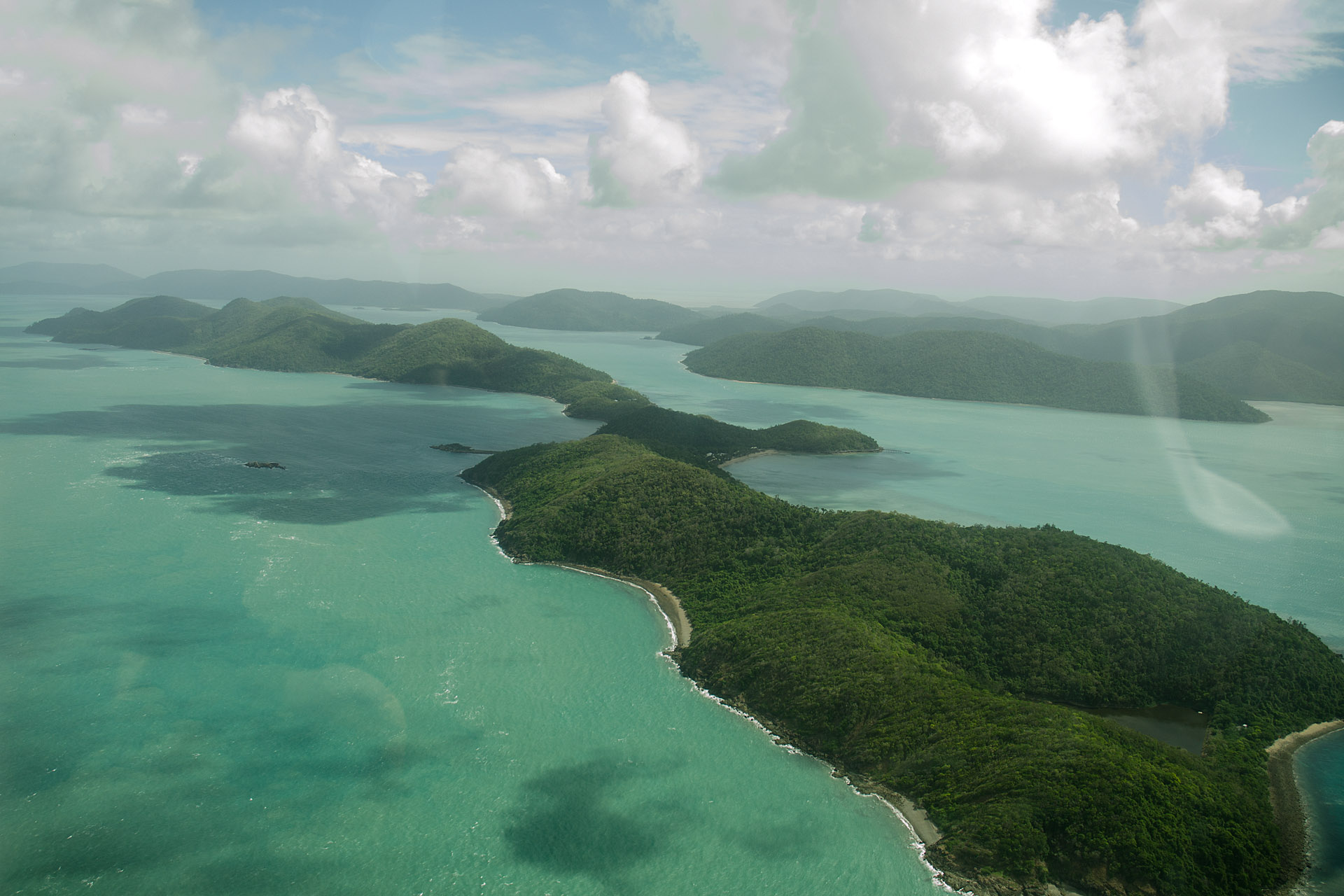 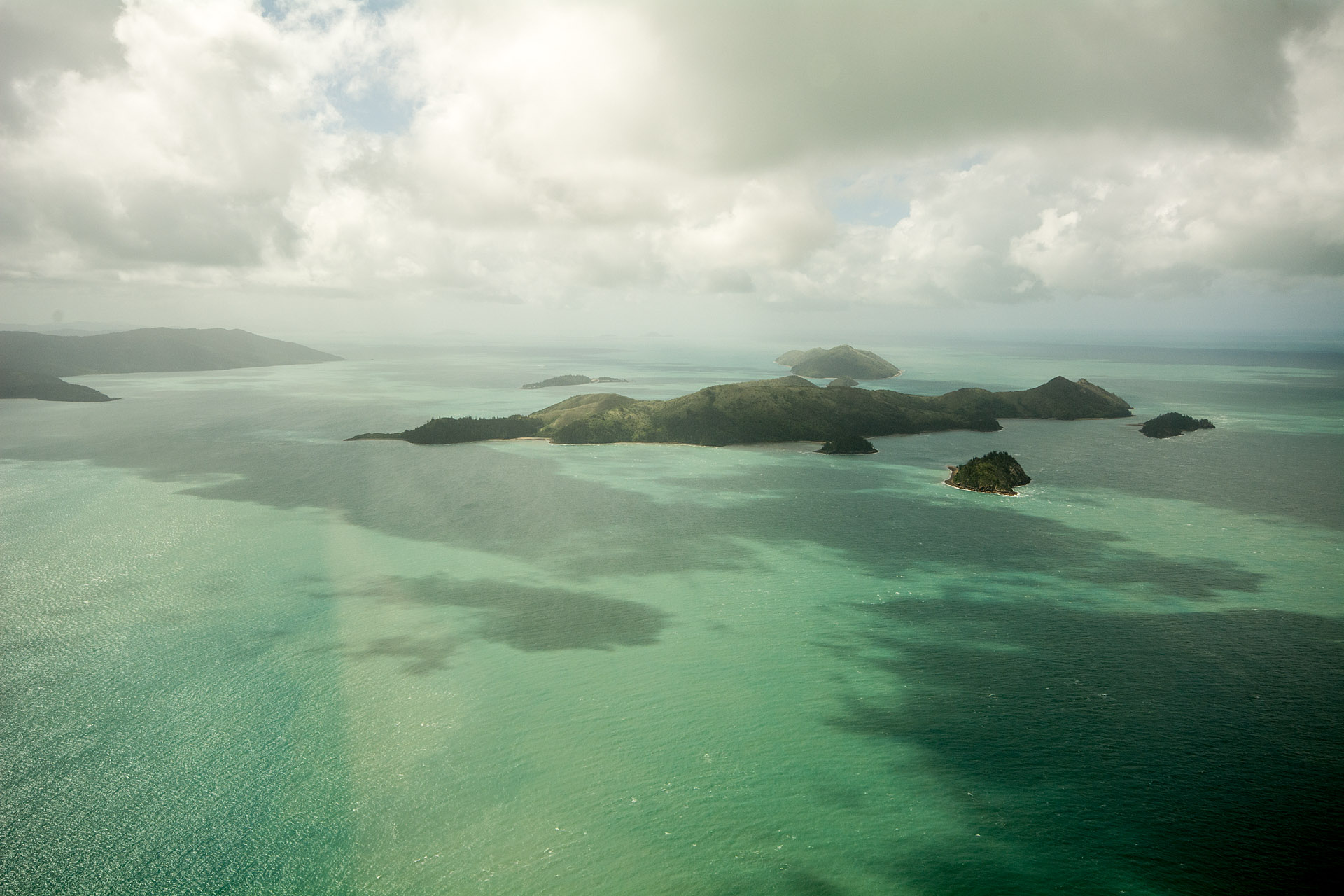 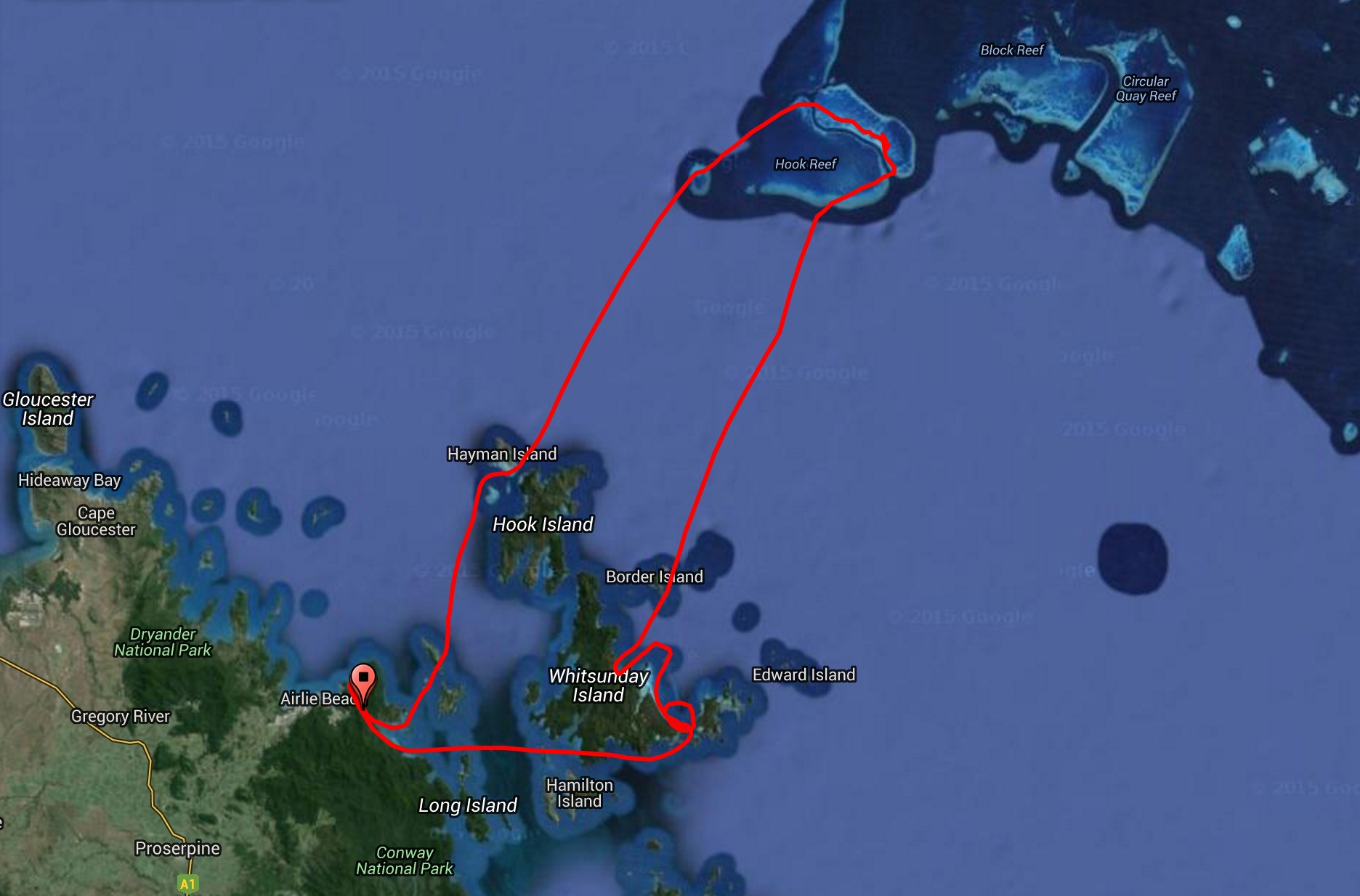 Note: The video below shows our Air Whitsunday flight. We made a valiant attempt to compress over an hour of flight time into about 17 minutes of film. If you’re interested, feel free to enjoy some or all of the seaplane tour. The takeoffs and landings are shown at normal speed, while the scenic portions of the flight, at cruising altitude, have been sped up to 2.5X real-time speed (in an effort to shorten the clip). Consequently, there is no sound for the accelerated sections of video. Enjoy the reef!