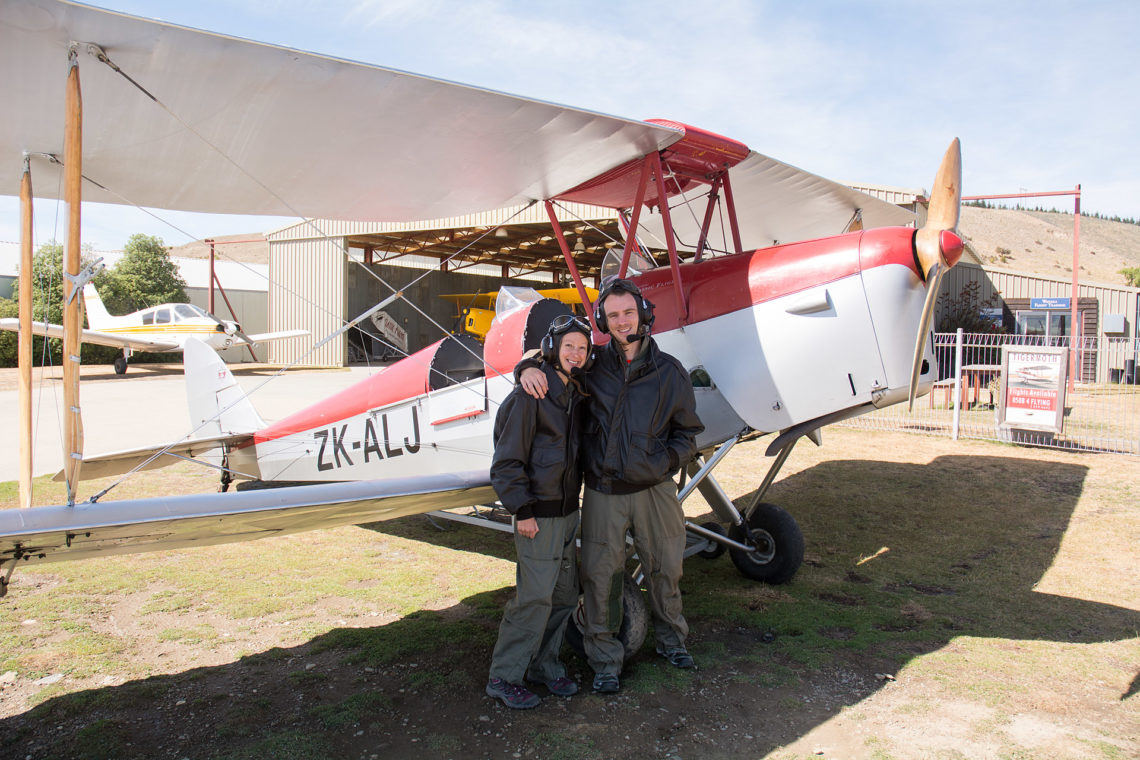 The Queenstown, New Zealand area is widely regarded as the world’s foremost adventure destination. Therefore, we knew we had to try something fun and exciting in this part of the country. Several years before even considering this trip, I came across my must-do kiwi adventure while habitually perusing travel ideas online. As soon as I stumbled upon it, I added it to my ‘Life List.’ Prior to the trip, I didn’t tell anyone I was even considering it, because I wasn’t sure I could actually muster up the courage to go through with it. But now, here I was, actually in New Zealand; and here it was, suddenly staring me right in the face. With an absolutely beautiful day in the weather forecast (sunny, mid 70s), Stephan picked up the phone, called Wanaka Classic Flights and booked our scenic trip in a vintage biplane… complete with aerobatics!

We drove about 40 miles north of Queenstown to a small airstrip on the shores of scenic Lake Wanaka. Upon arrival, we met Duston, our pilot for the morning, and then immediately donned our green jumpsuits, leather jackets, leather helmets, and goggles. 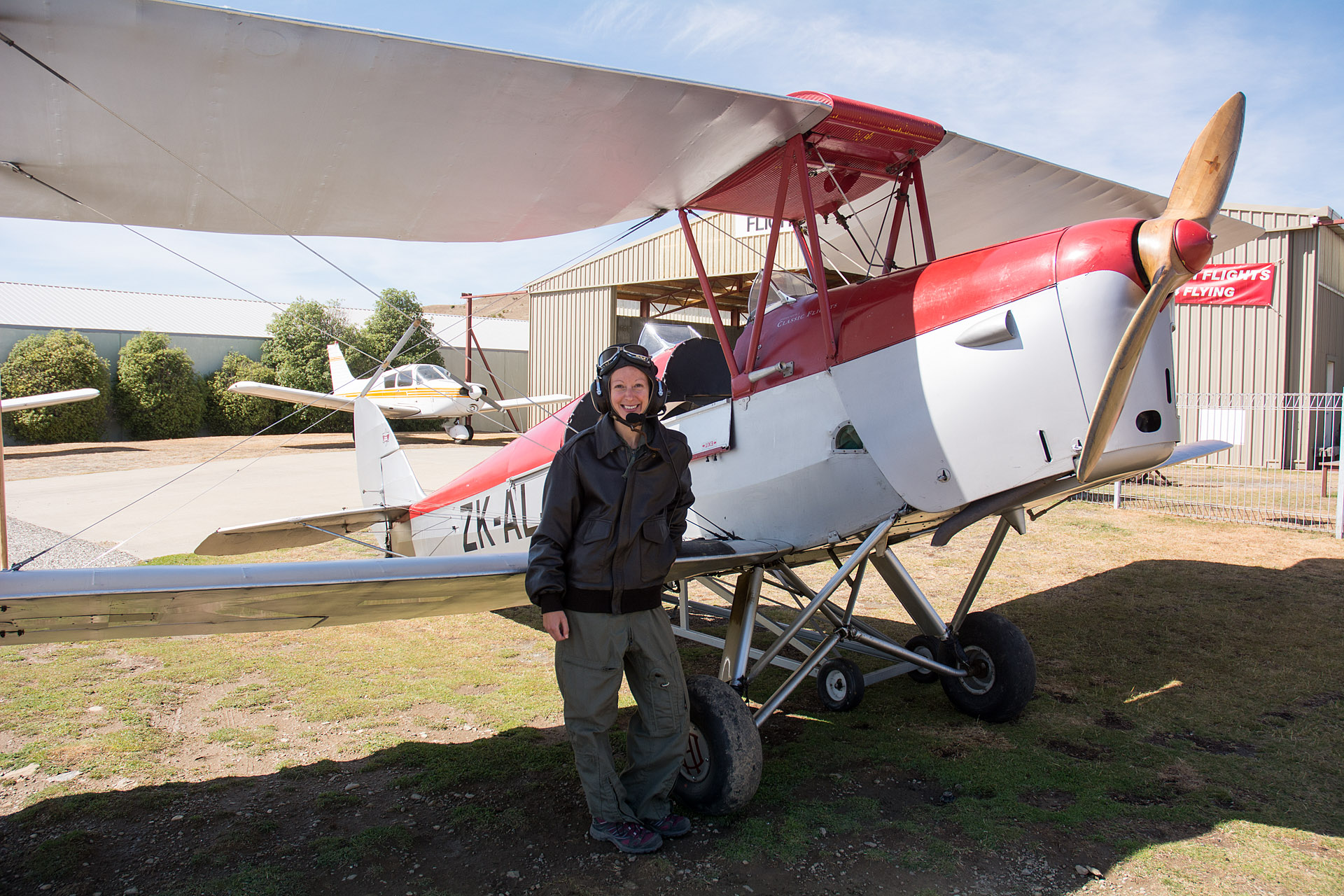 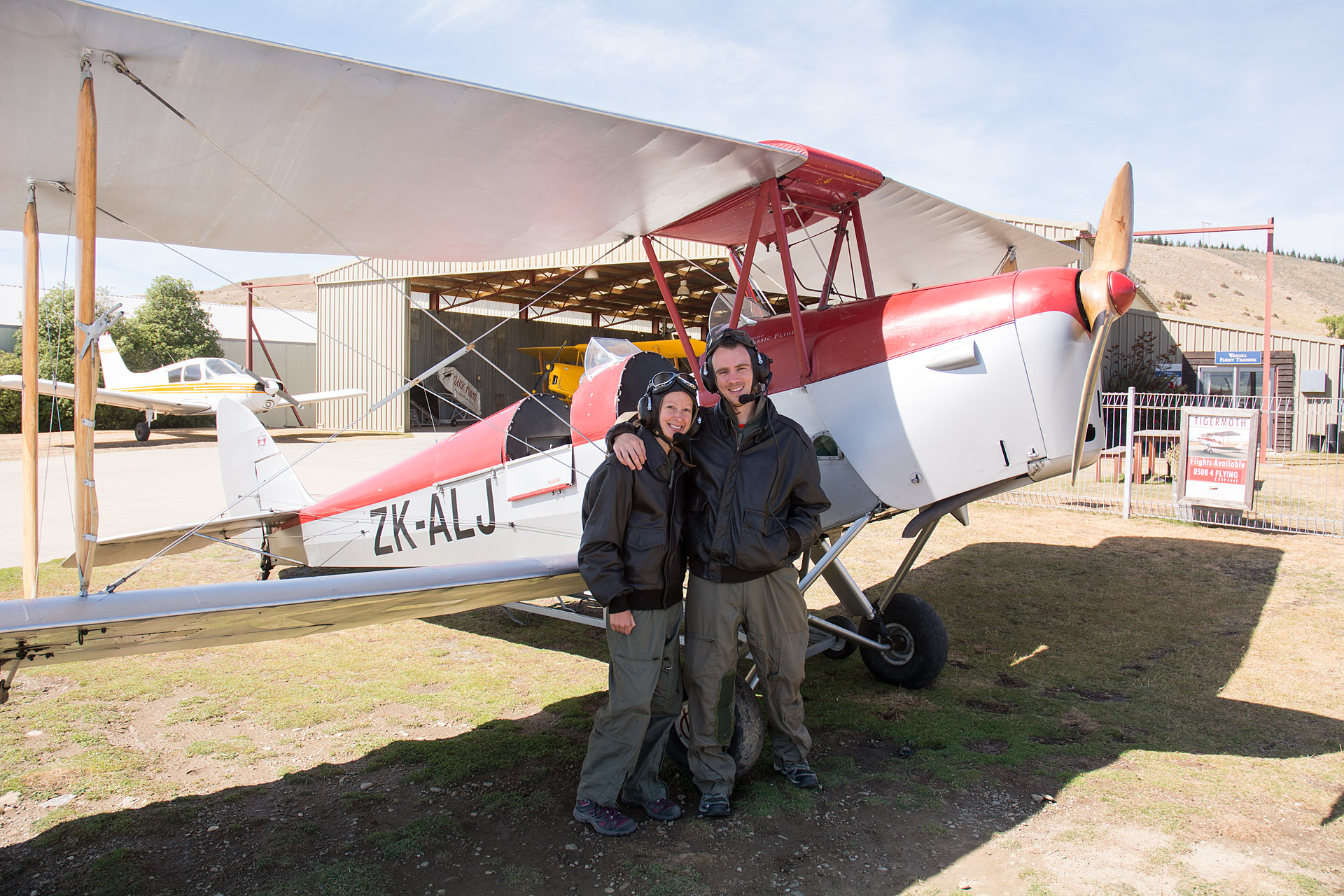 Our aircraft for the morning’s flight was a 1941 Tiger Moth, ZK-ALJ (or NZ676-83499, previously T5770). Originally introduced in 1932 by the Royal Air Force, the Tiger Moth was used primarily as a trainer aircraft. ZK-ALJ was built at Cowley, in the United Kingdom, and subsequently served with the No. 1 EFTS (Elementary Flight Training School) in Dunedin, as well as the No. 2 EFTS in Ashburton during the 1940s. In total, ZK-ALJ trained over 100 pilots with the Royal New Zealand Air Force during WWII.

While we stood inside the hanger, Duston gave us a brief overview of the flight and asked who would like to fly first. The Tiger Moth sat only one passenger, immediately in front of the pilot. I was obviously still a quivering ball of nerves, so Stephan insisted I go first.

I wondered what the open cockpit would feel like, and it actually was pretty natural and liberating to have your head up over the shallow doors. Once airborne, we had the most incredible views of Lake Wanaka, its lofty, rocky islands and peninsulas, and the surrounding snow-capped peaks. Once over the lake, Duston asked if I was ready for the loop, to which I responded, ‘ummmm… I don’t think so.’ He asked again after doing a couple diving spins and I gave him the thumbs up. My stomach quickly went up into my throat as we dove down and I watched the air speed indicator increase. The rest of the way around the loop, though, everything was fine and I even opened my eyes. The experience was definitely everything I imagined, and I am so glad I was able to find the nerve to do the aerobatics. 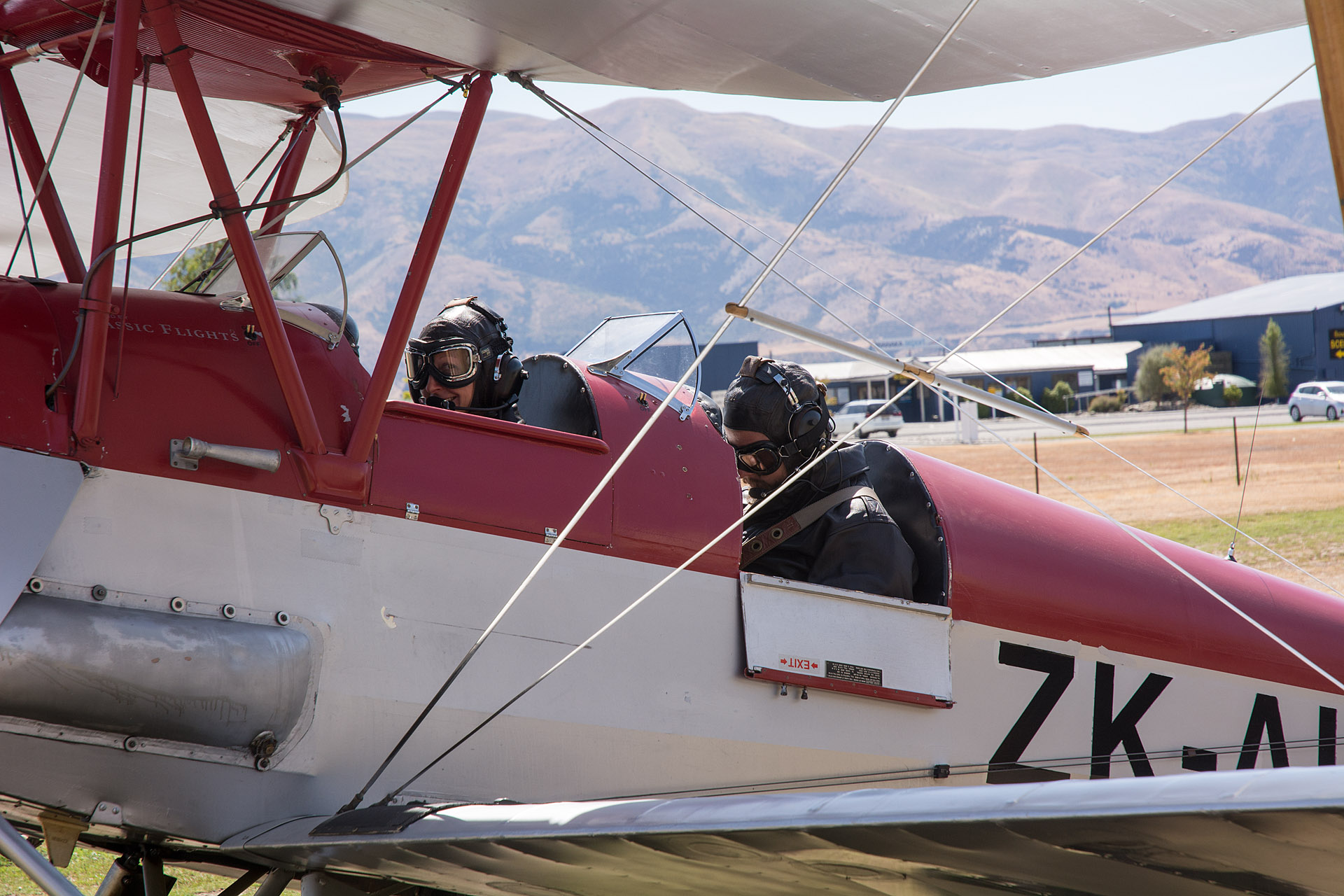 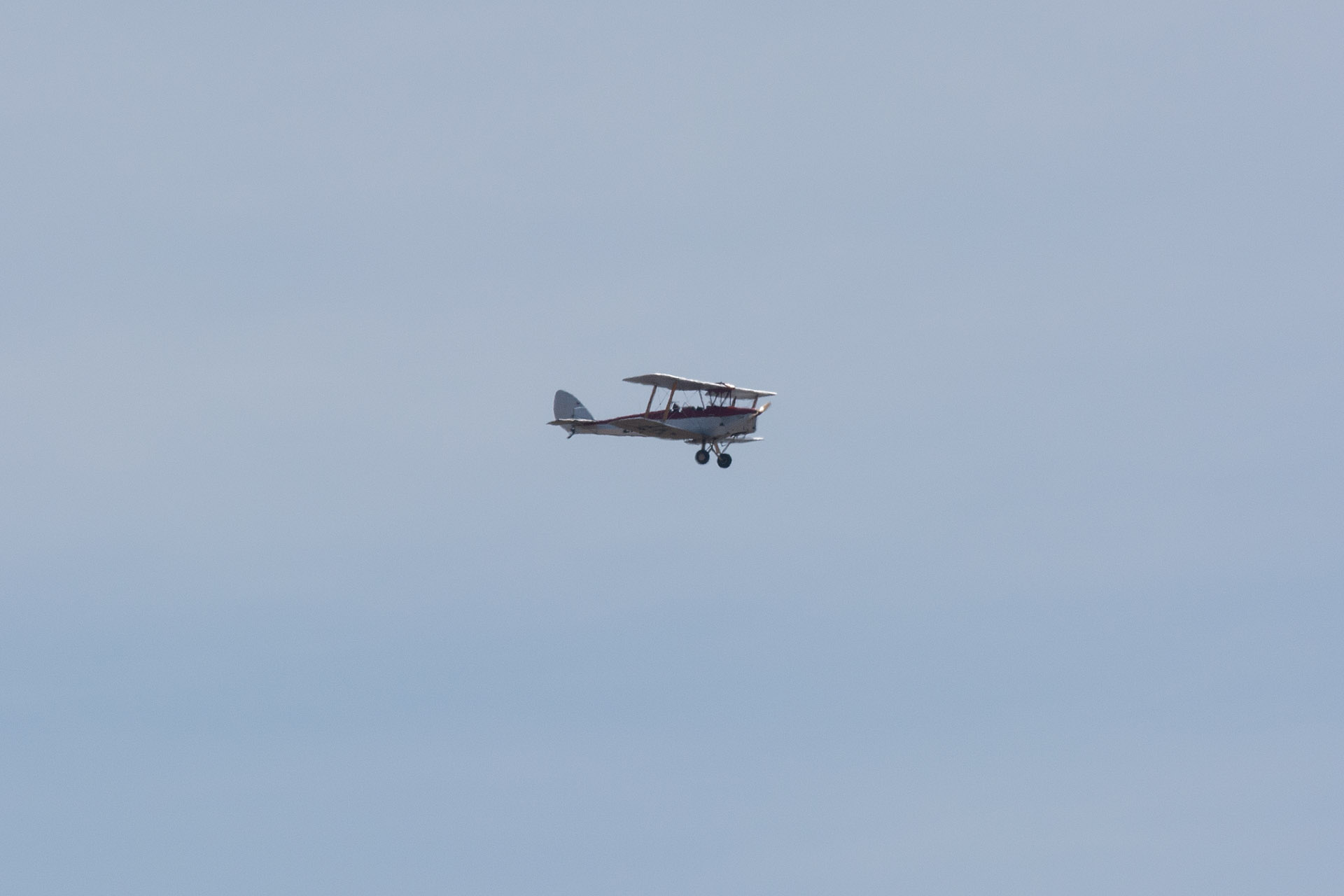 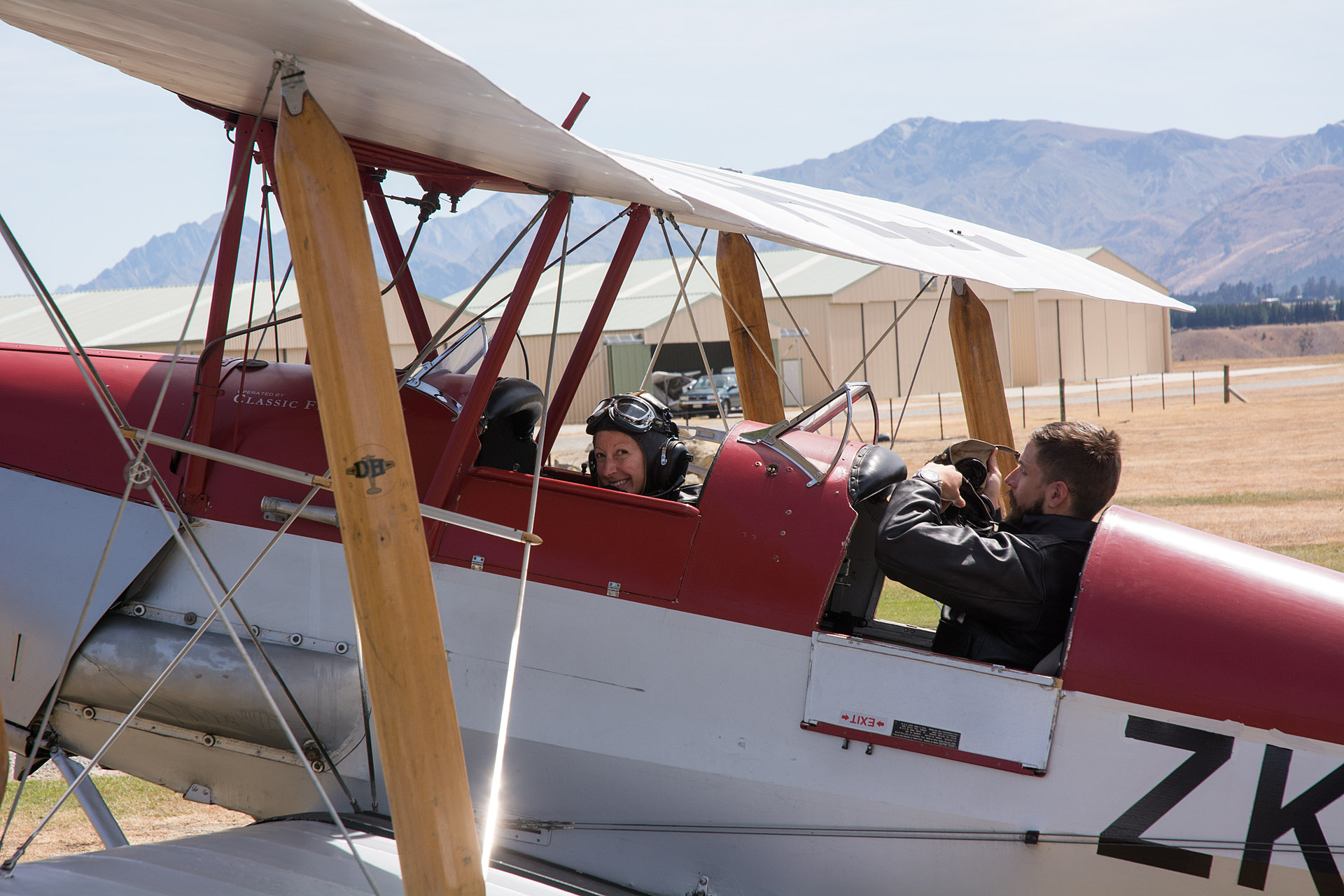 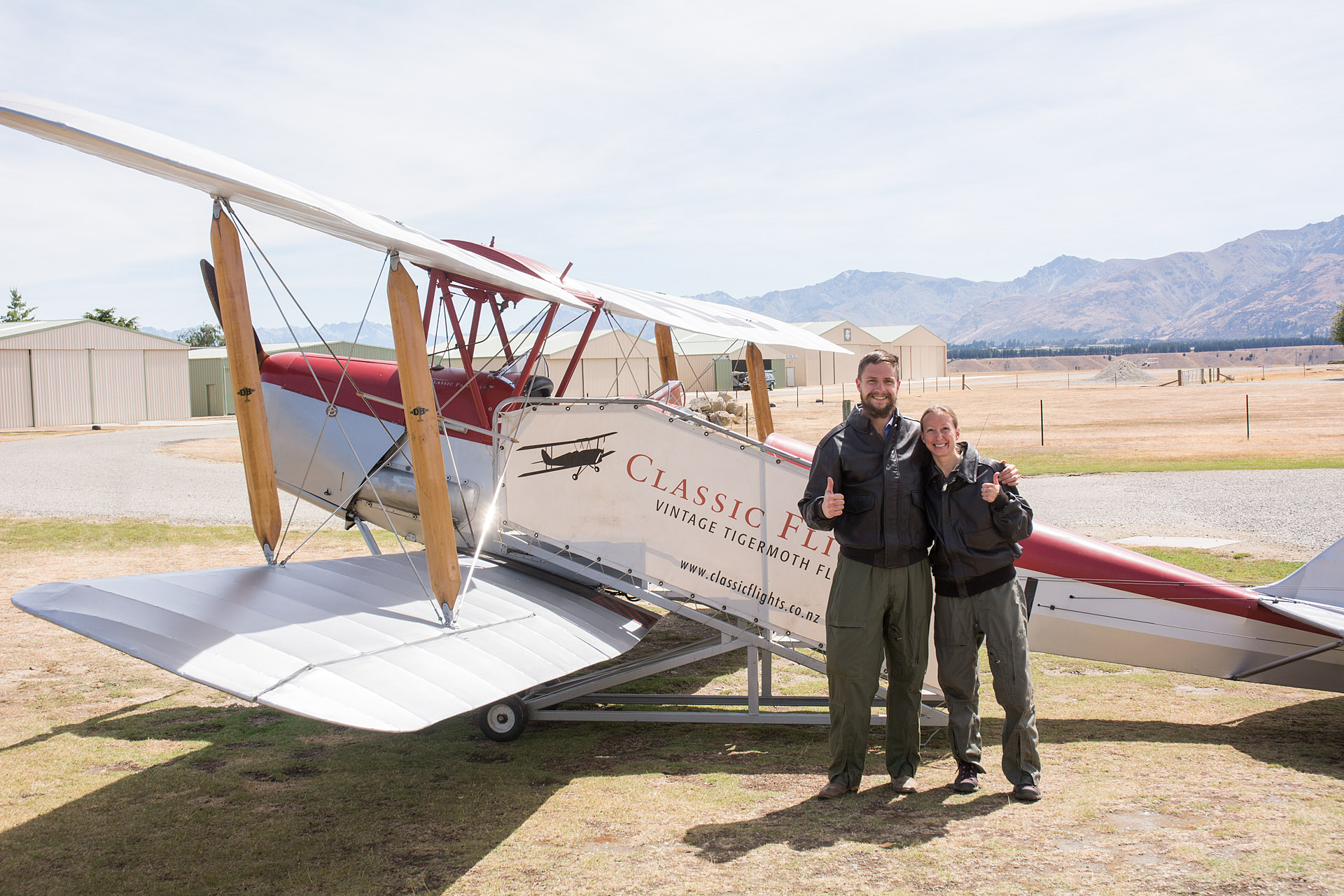 After my flight, it was Stephan’s turn. He loved every minute of it – obviously – as he’s much more fearless than I. 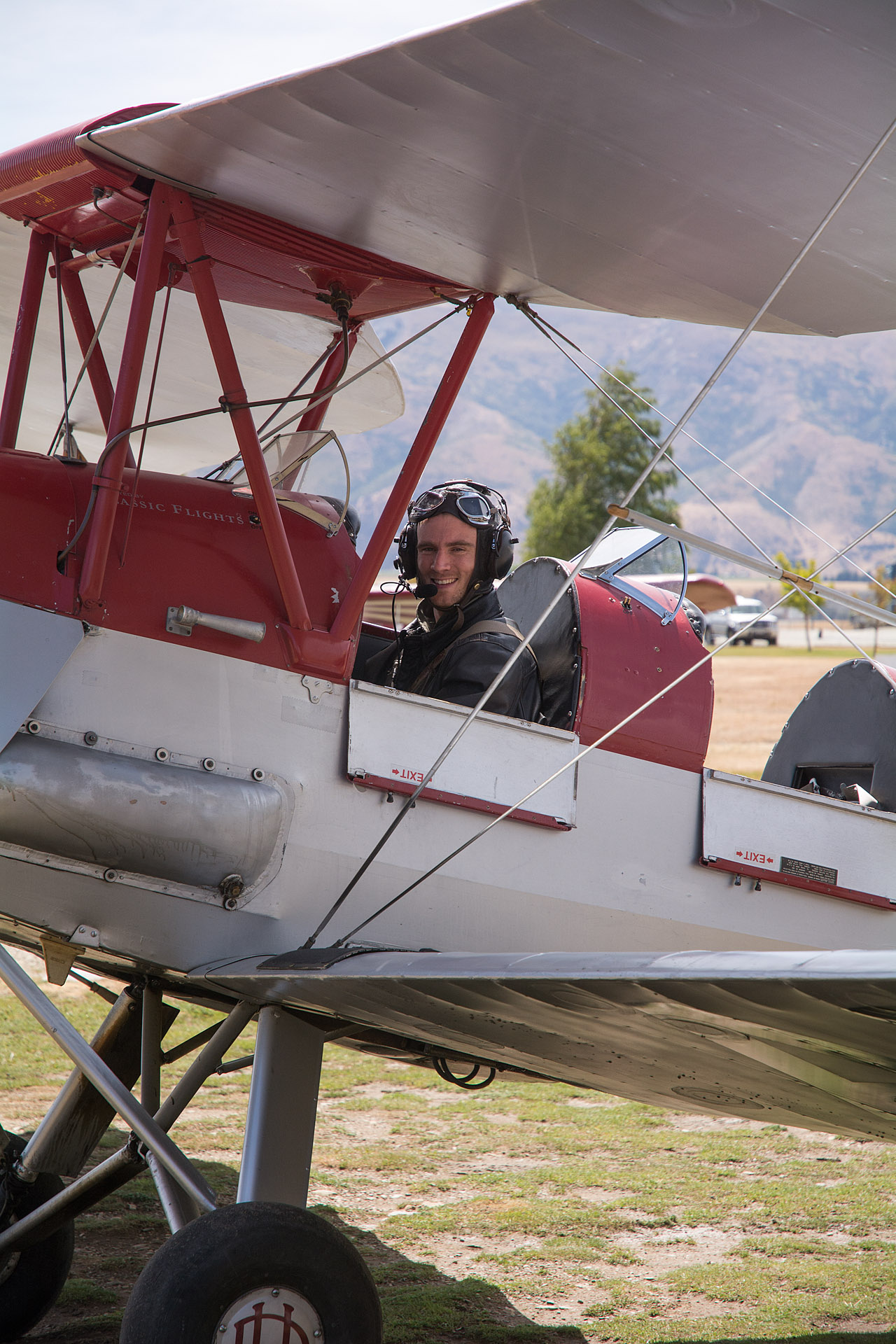 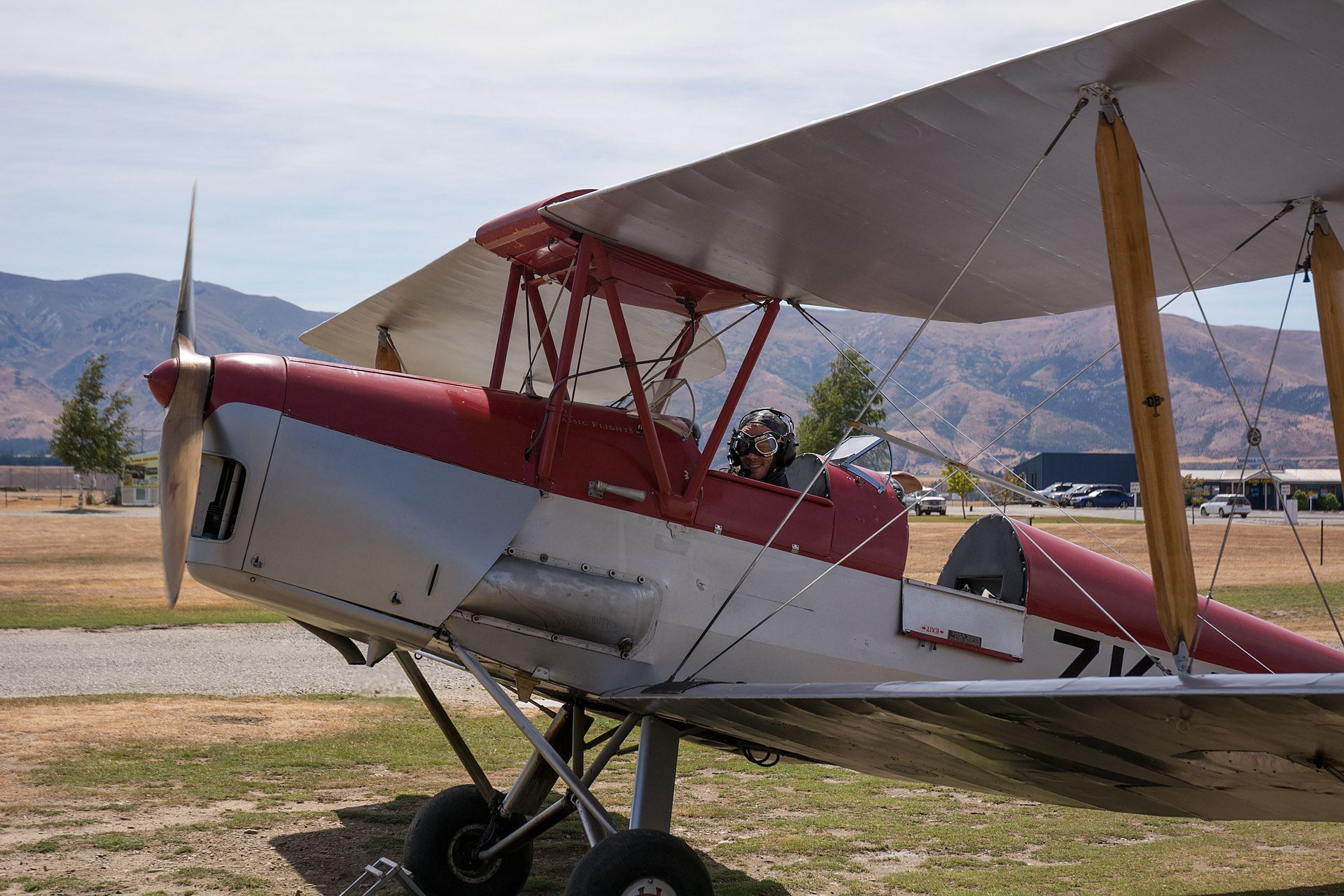 The video below was taken by Stephan during his flight. We both did the ‘Ultimate Barnstormer,’ but only he took the GoPro up with him. I knew that I would likely be gripping my harness for dear life (which very much held true), and that such an action probably wouldn’t provide the most stunning videography. To a lesser extent, I was also worried that I’d do something stupid and drop the camera from 2,500 feet into the depths of Lake Wanaka (irrespective of the provided wrist strap), resulting in a very displeased campervan companion.

Anyway, without further ado, we present our totally awesome biplane adventure (aerobatics start around the 2:00 mark):

Finally, I also thought it would be cool to take the Garmin up, to map the flight path and record some data (however useless it may be): 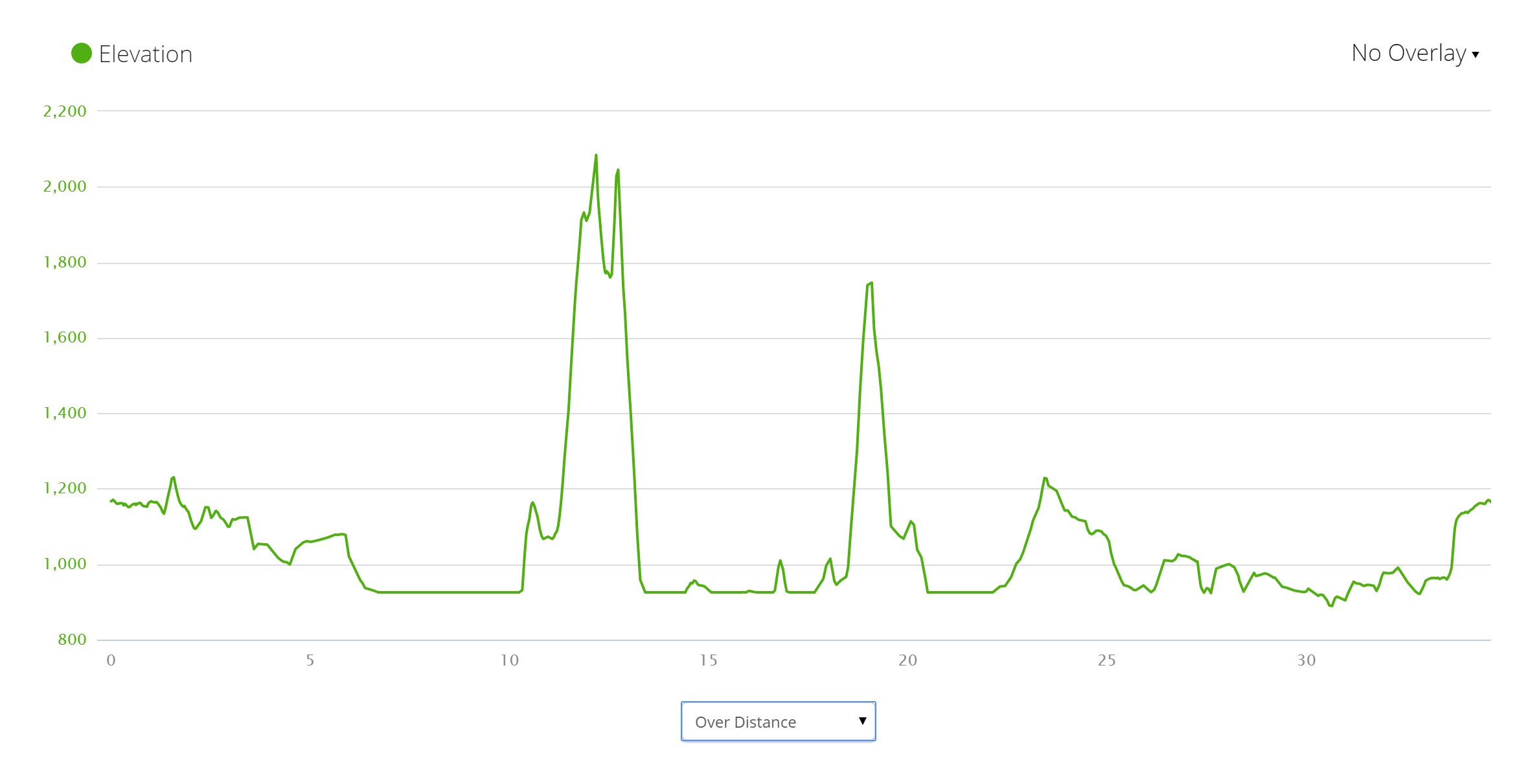 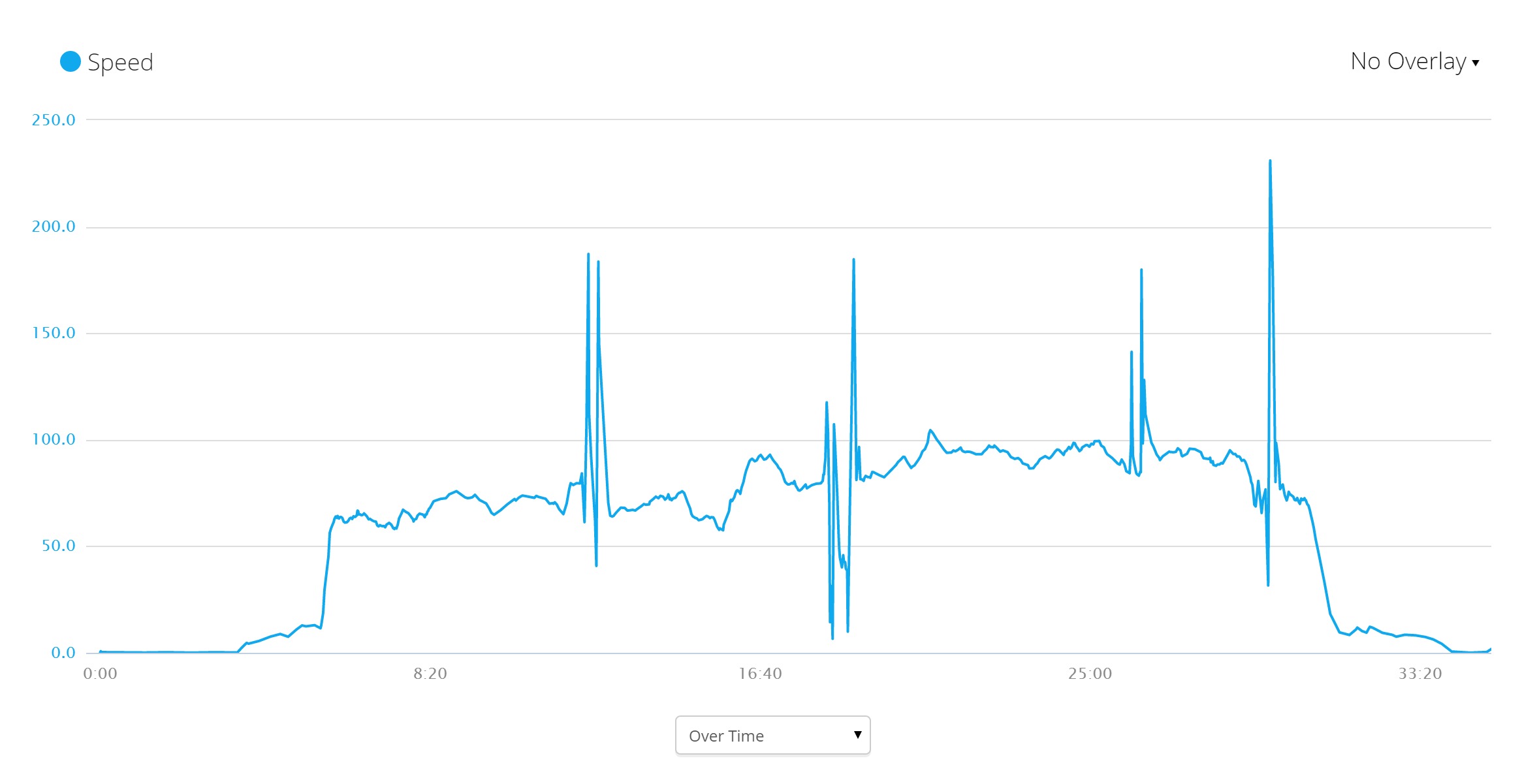 In total, it was definitely an unforgettable experience! 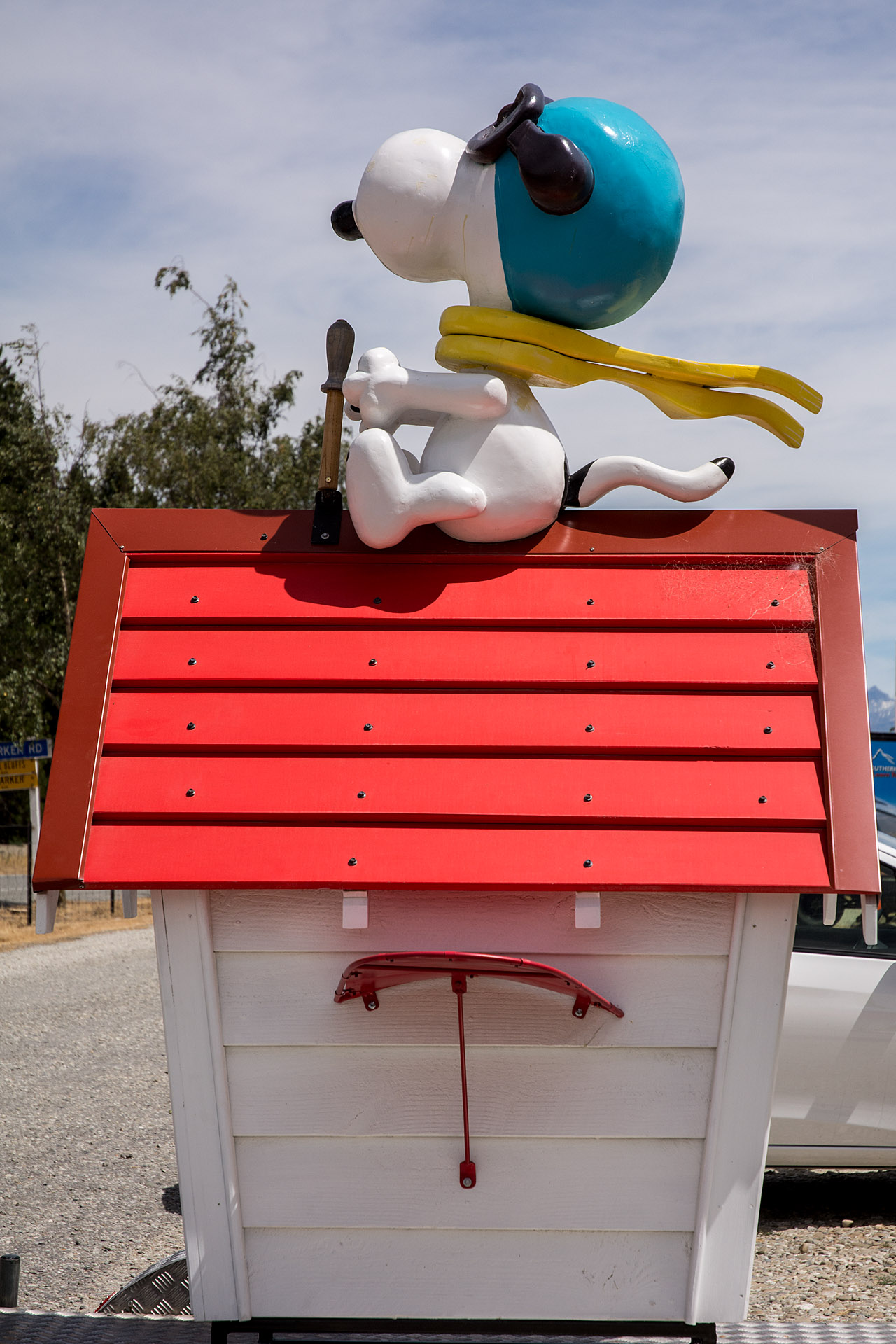 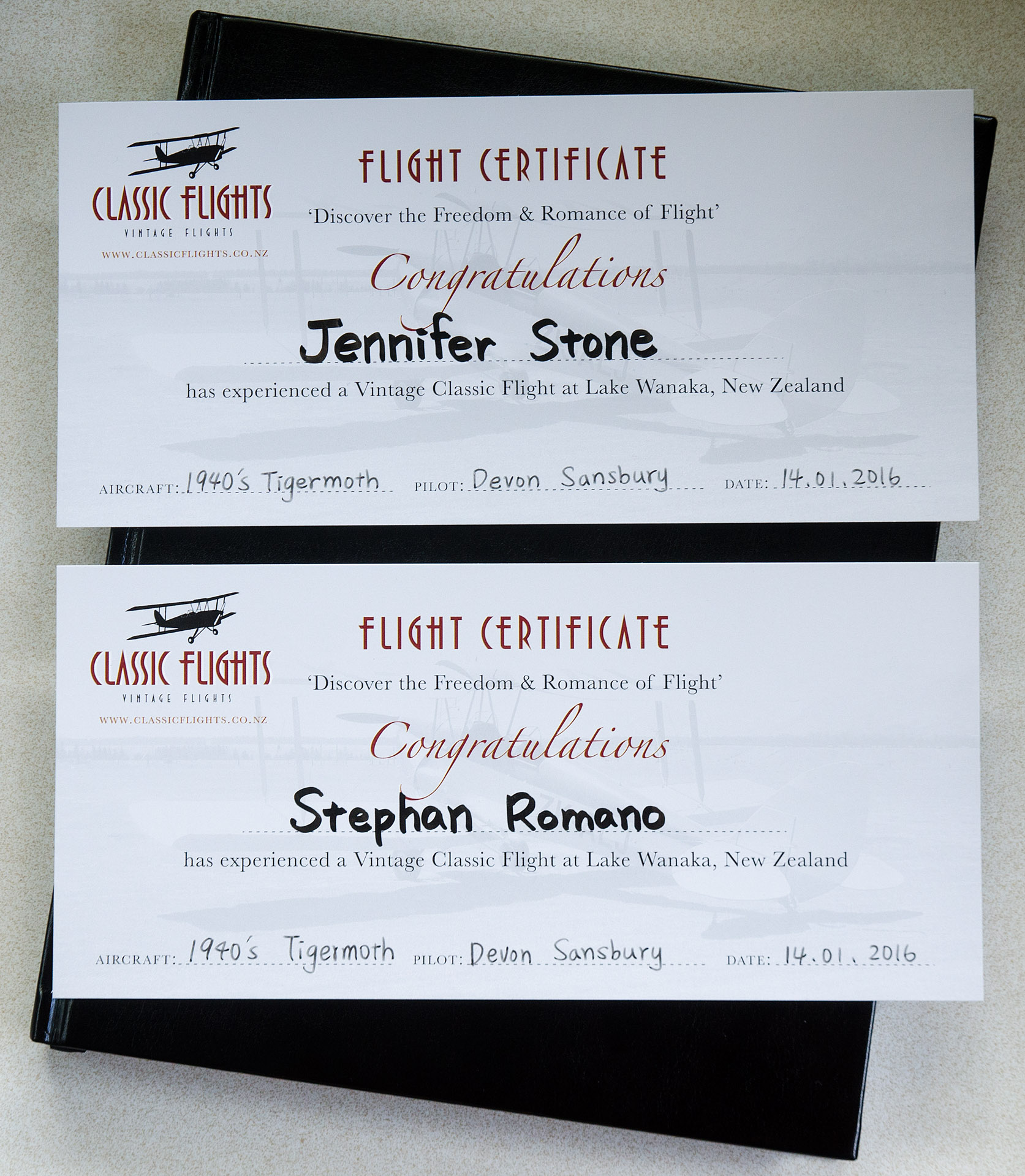