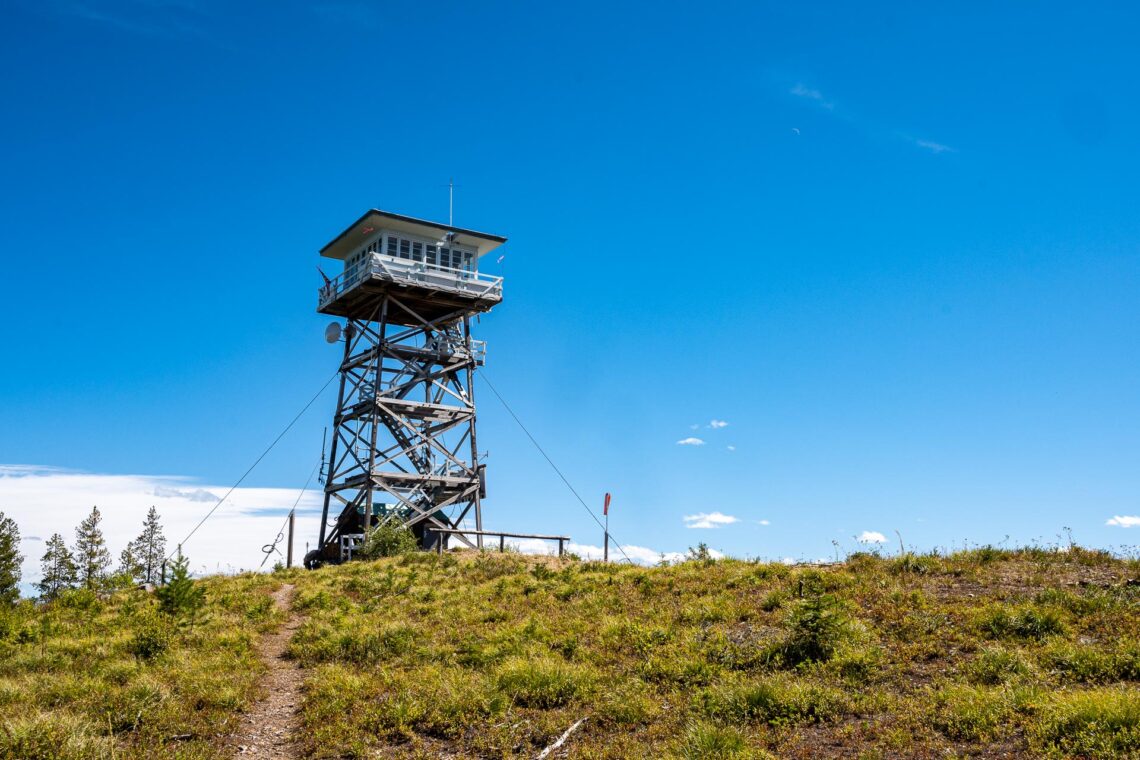 Cyclone Peak Lookout is perched atop a modest 6,033’ summit at the eastern edge of the Whitefish Range. Just a few miles east, the banks of the Flathead River’s North Fork wind through the valley, under the jagged summits of Glacier National Park. Standing some 50 feet tall, Cyclone Peak’s observation tower is one of only about 40 active lookouts in Montana that are staffed during the summer fire season. 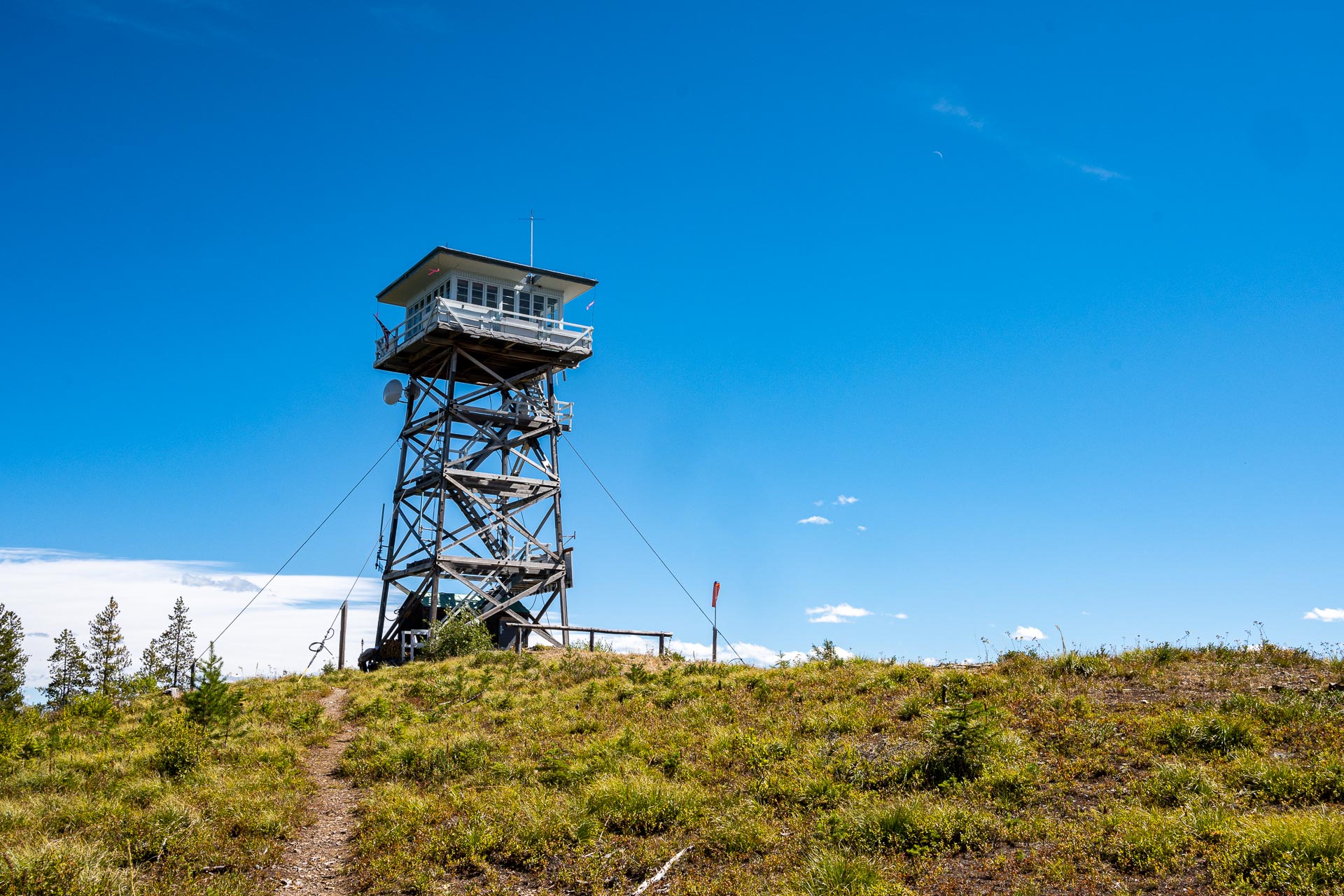 Merely a century ago, the U.S. was without an organized system for reporting forest fires. In 1910, a 3-million-acre wildfire devastated the Pacific Northwest, and the loss of life and land became a catalyst for establishing a coordinated surveillance system. By the end of the 1930s, more than 5,000 fire lookouts had been constructed, over six hundred of them by FDR’s Civilian Conservation Corps (CCC) program (U.S. Forest Service).

While Montana once claimed 639 active lookout towers, only about 130 still stand, and only a few dozen are still operational today (Northwest Montana Forest Fire Lookout Association). Many of Montana’s fire lookouts are staffed by volunteers, who spend two-week stints living in the towers watching for fires and lightning strikes, and monitoring weather and storm activity.

We decided to make the trip up to Cyclone Peak Lookout on a day that we were looking for a shorter hike. The trailhead is easily accessible, just 6 miles off the North Fork on NF-909, a forest service road about 1.5 miles south of Polebridge.

The trail was shorter than we anticipated, just over 2 miles one-way with about 1,100 feet of elevation gain. To be honest, we kind of let out a collective, ‘that’s it?!’ when we reached the tower, disappointed that we’d picked such a short hike. We were also stunned that for such a short hike, we again found ourselves alone at the top – or so we thought. After just a few minutes, a gentleman named Steve clambered down the tower’s 65 wooden steps to greet us. An FFLA volunteer from Columbia Falls, he and his wife were in the middle of their two-week-long summer shift in the tower.

Steve was incredibly friendly, eager to educate us about Montana’s fire lookout volunteer program and excited to discuss all the hiking we’d been doing around the Flathead National Forest and Glacier. While we weren’t able to check out the inside of the tower due to COVID-19 restrictions, we were allowed a quick trip up to the catwalk to check out the lookout’s sprawling views across the serpentine curves of the North Fork and over to Glacier National Park. It’s hard to imagine finding much better living quarters than that – so much so that Stephan declared he now has a new retirement goal. 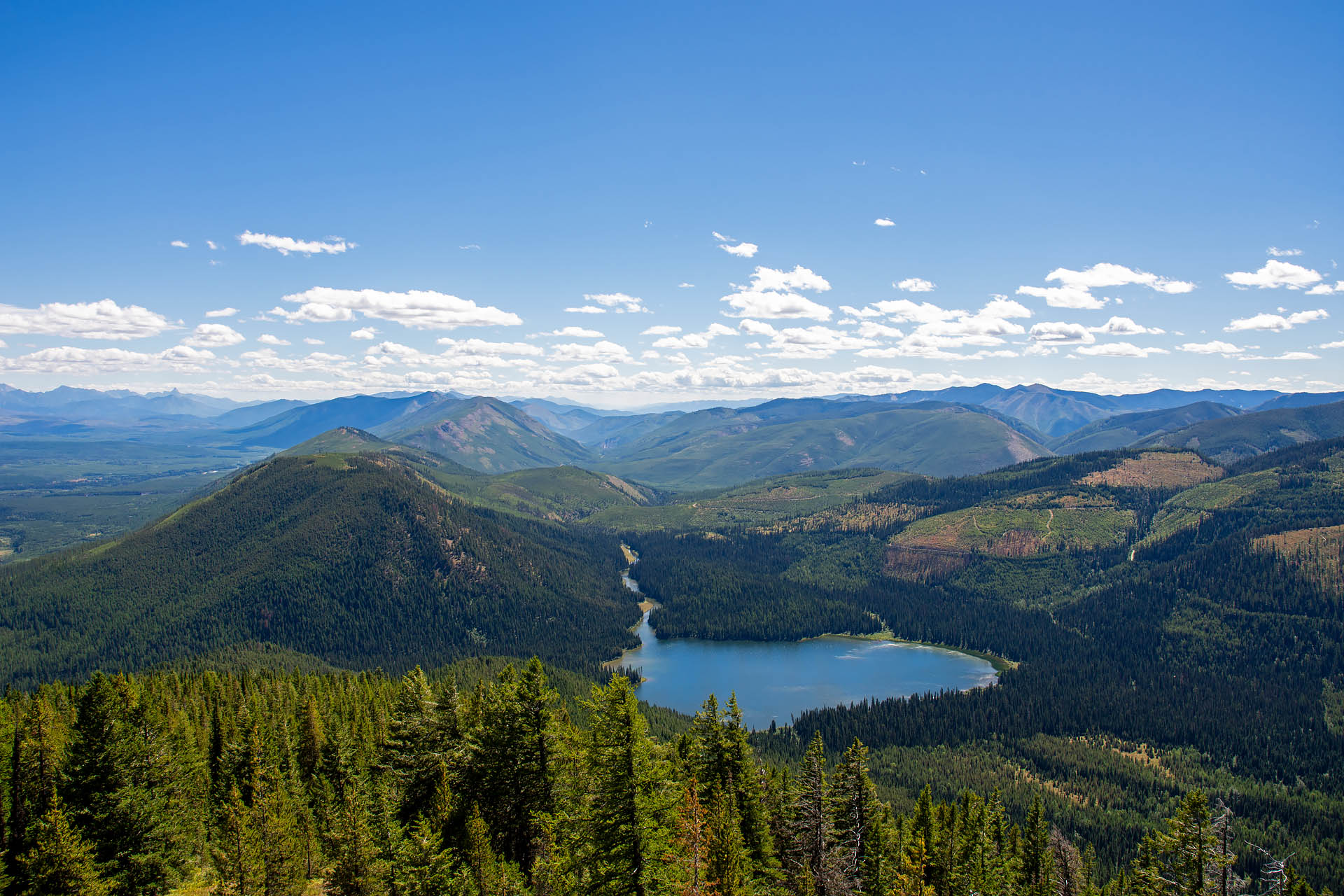 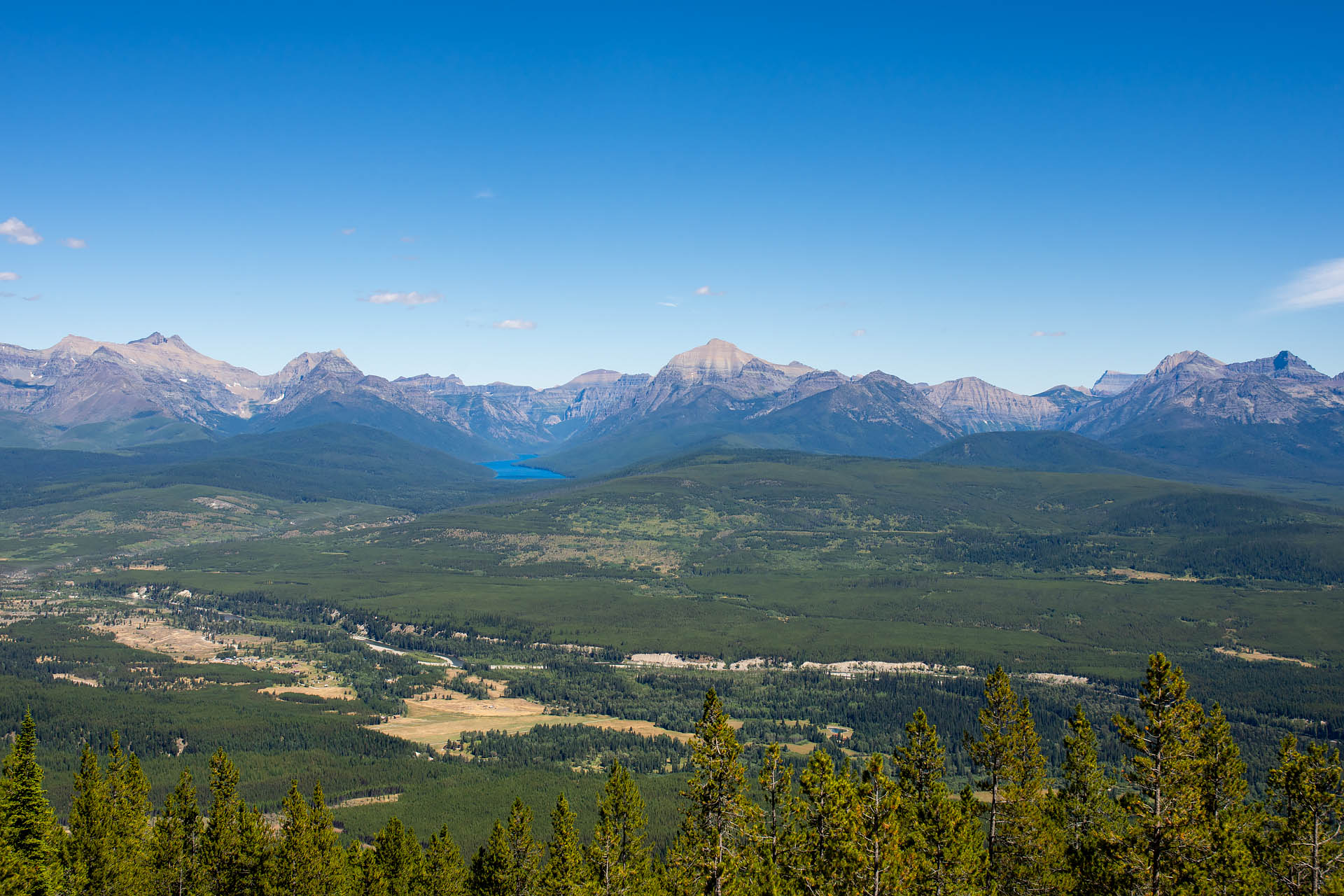 After over an hour we finally headed back down the trail. Along the way, we let Sanchez forage her fuzzy little heart out in the bounty of huckleberry bushes that lined the trail. While we thought the season had well come and gone, our lucky little huckleberry hound found quite the cache. Not wanting to stifle the thrill of what was quite likely her last Montanan huck hunt, we spent a solid hour and a half picking our way down the two-mile return to the trailhead.

If you’re interested in checking out even a small piece our National Forest’s history, we’d definitely recommend a trip up to one of Montana’s fire lookouts. They offer a unique perspective of past and present wildfire surveillance… and for the handful of lucky staffers, the unique opportunity to truly be alone on a mountaintop. 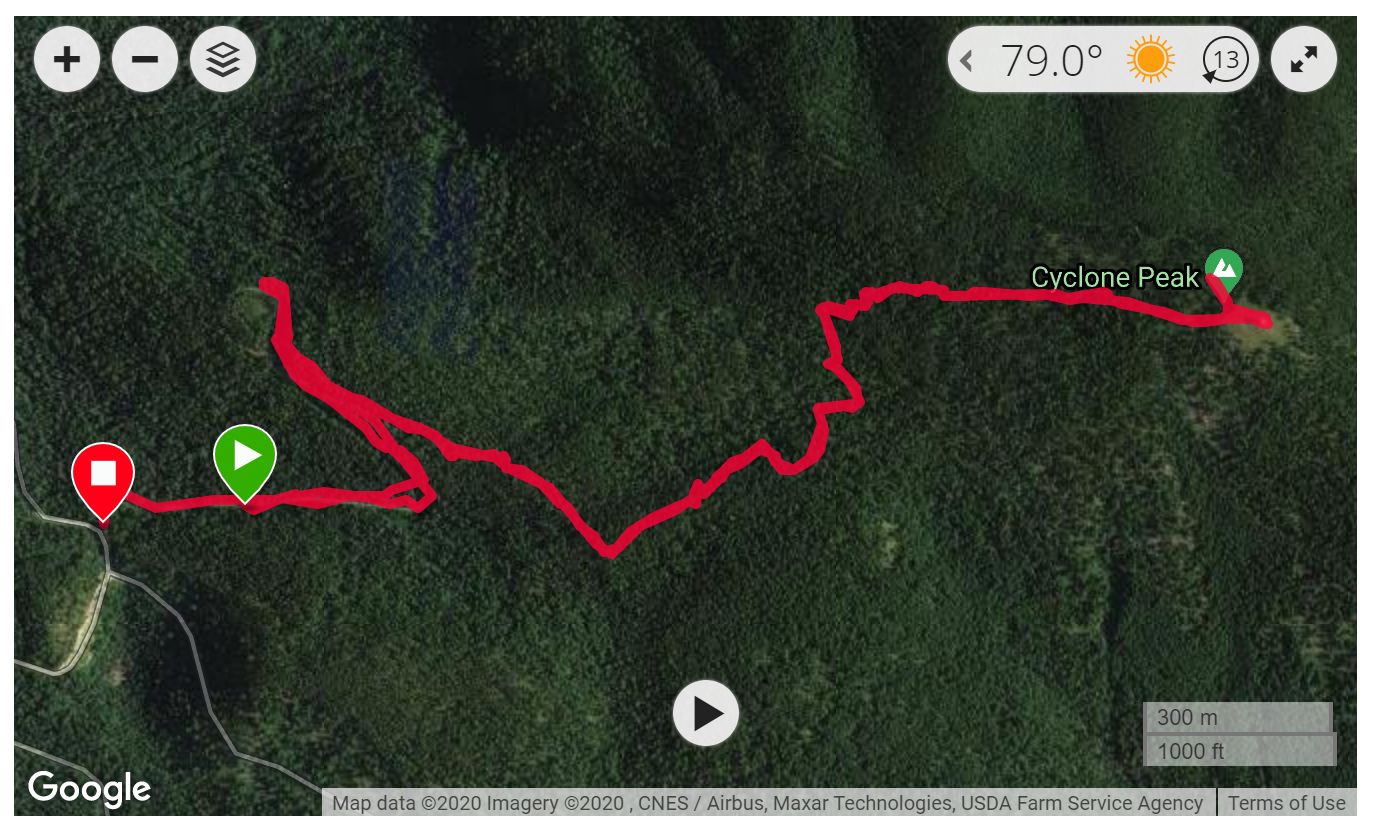