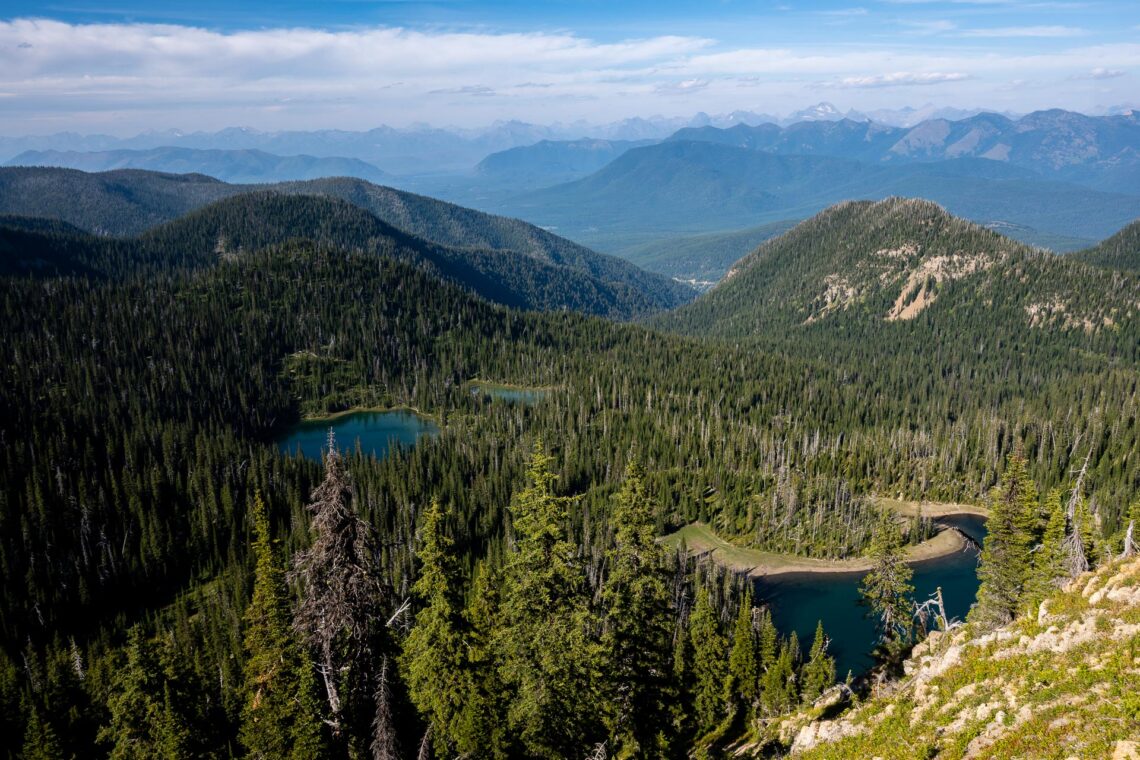 Earlier this summer, we attempted to hike the Doris Ridge Trail (#52) at the northern end of the Swan Range. We had been told that, by the end of June, the ridge was probably free of any major snow cover. Unexpectedly, though, the trail’s low point turned out to be completely flooded and, consequently, impassable with snowmelt. Seven weeks later, we finally made it back to Doris Ridge to finish our hike.

The Doris Ridge trailhead is about 11 miles up Forest Road 895H, a rough, dirt track off Hungry Horse Reservoir’s West Side Road. We were drawn to the trail not only because it is lightly trafficked, but also for the name. Stephan’s gram, who passed away in 2016 at the impressive age of 104, was named Doris. As such, we couldn’t pass up an outing to her namesake summit. 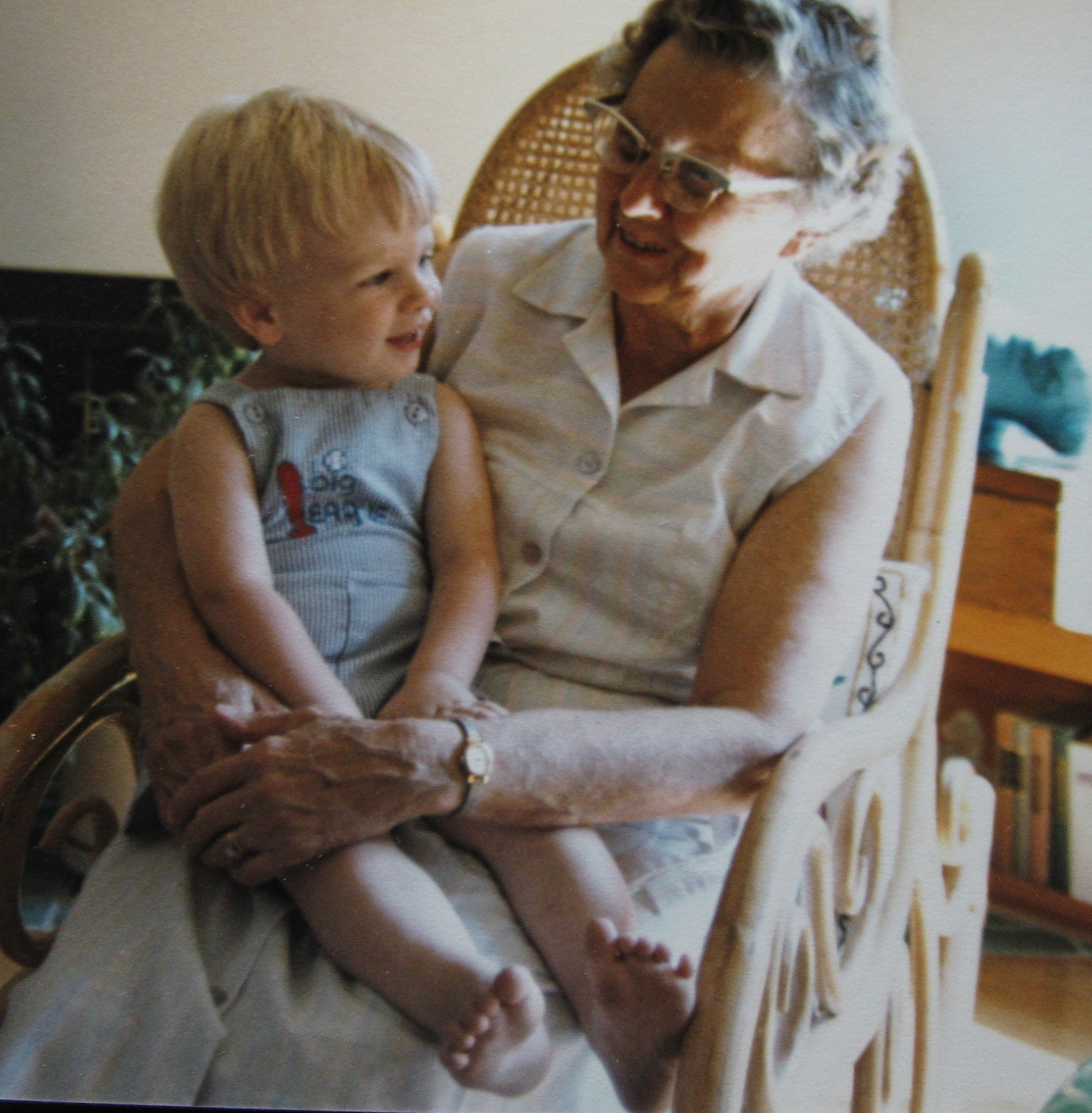 Without having to navigate an obstacle course of hopping fallen logs submerged in two feet of meltwater, the trail this time around was super simple and straightforward. After dipping down into the low-lying shaded glen, now speckled with late-summer wildflowers, the trail began to climb gradually toward Doris Mountain’s summit (7,437′). About a mile and half in, the trail split – to the left continuing on the main trail toward the larger of the Doris Lakes and ultimately the summit, and to the right a short spur trail (0.1 miles) detouring to the smaller of the lakes. 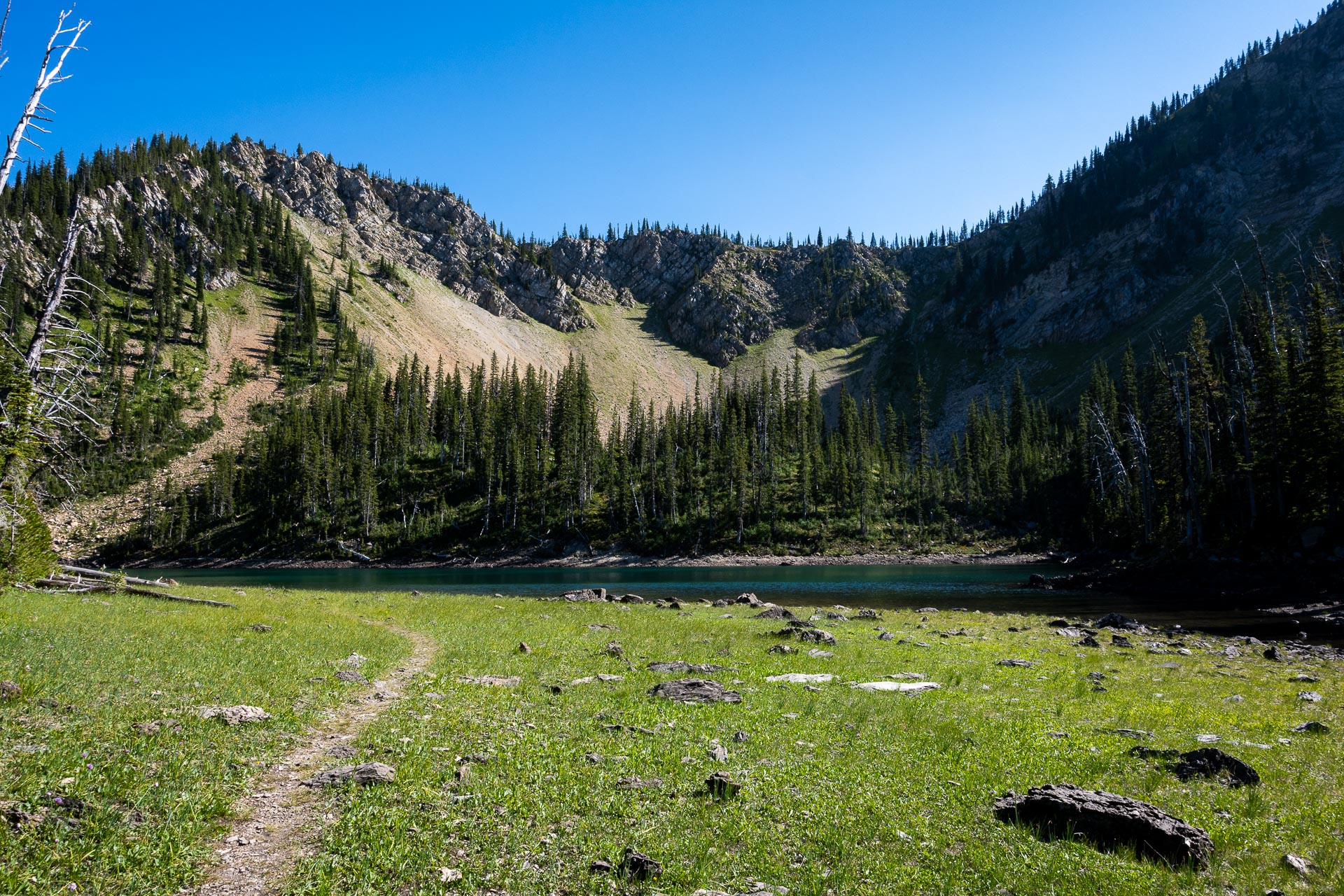 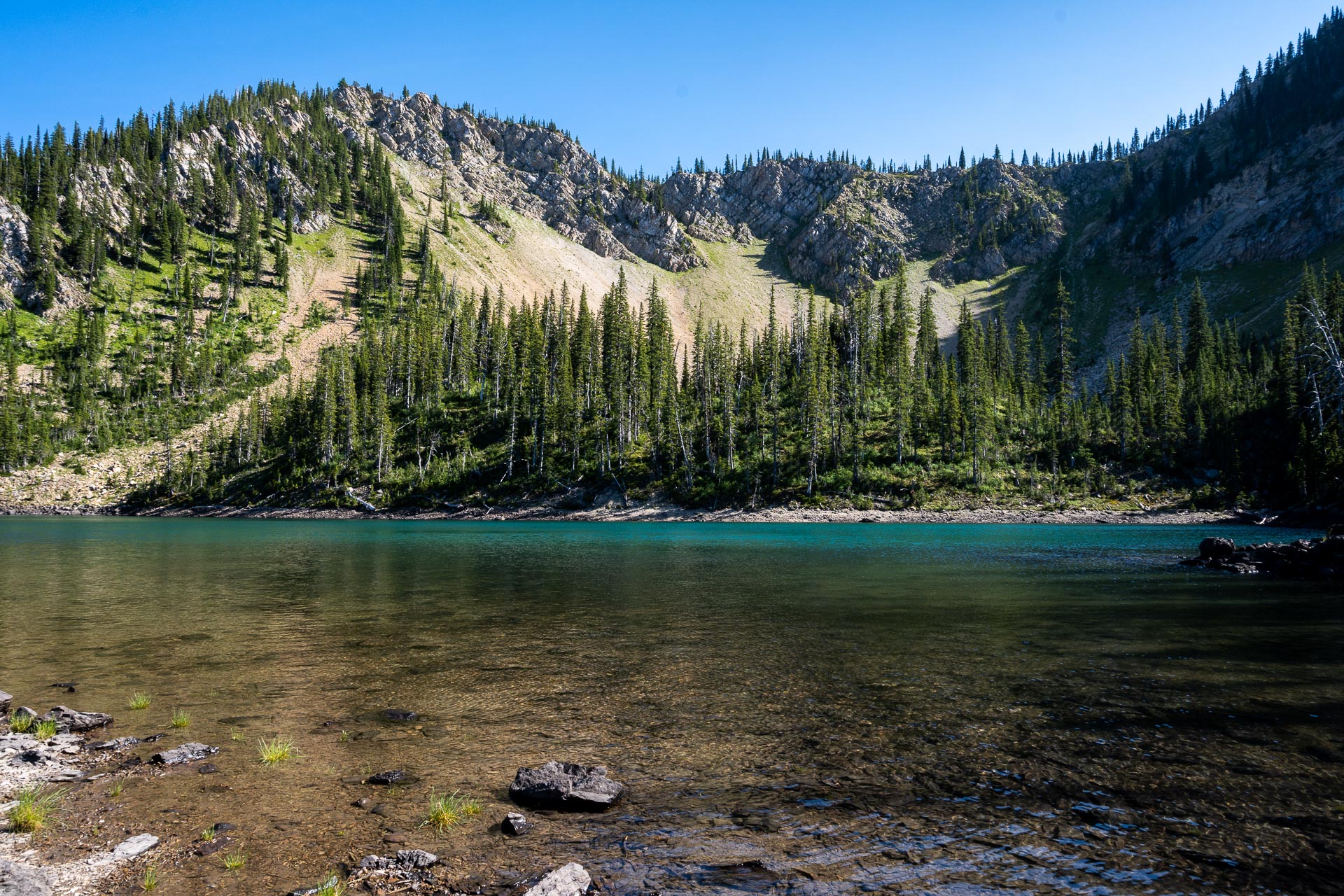 From the lakes, the trail climbed toward the peak for the next 1.2 miles via a handful of gentle switchbacks. As the trail emerged from the forest, the Doris Lakes came into view to the left (northeast). Atop this ridge, the trail reaches another junction (if you’re hiking this route, pay particular attention here). Here, more well-defined trail continues to the right, while a less distinct path forks up the hill to the left. The trail to the right joins the Alpine #7 route. To get to Doris Mountain’s summit, continue on the narrower, slightly less obvious trail to the left. The summit is just a tenth of mile up the somewhat steep slope.

The views from the top of Doris Mountain were vast, with the Flathead Valley stretching out across the west, and the peaks of the Swans and Flatheads – extending all the way out to Glacier National Park – to the south and east. Just beneath the summit, we could see the azure pools of the three Doris Lakes. A bit of mid-summer haze hung over the landscape, but it was a scenic summit nonetheless. 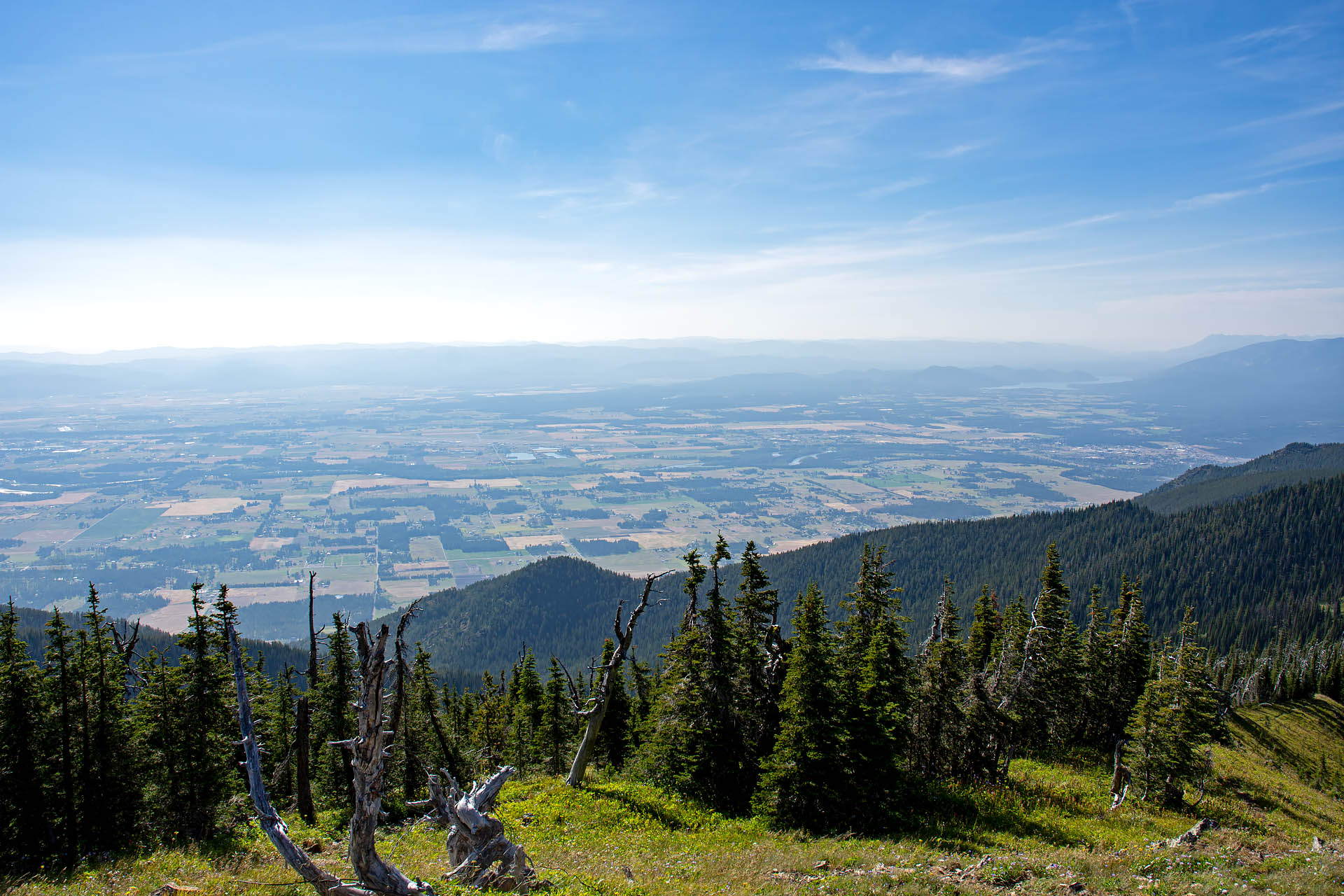 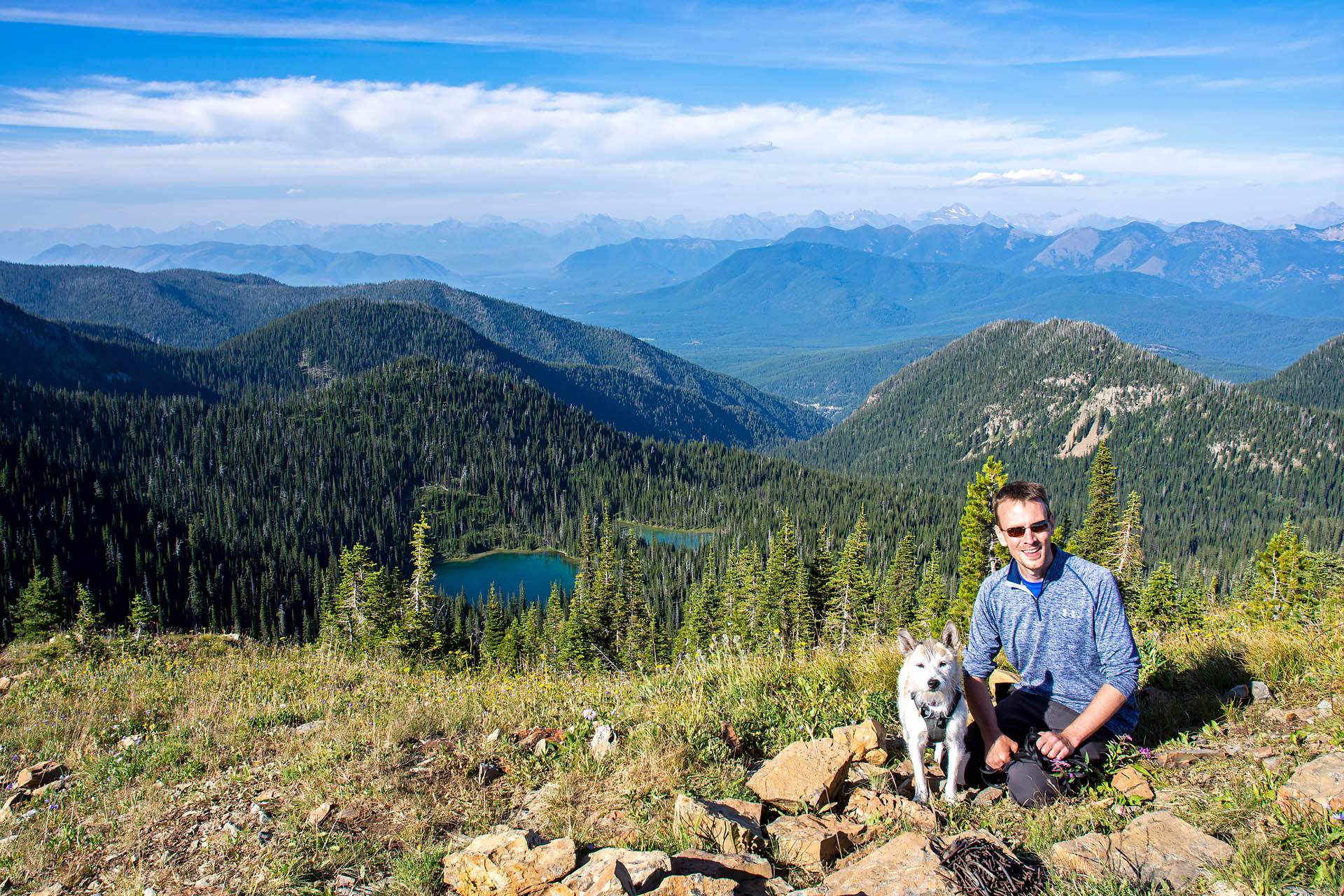 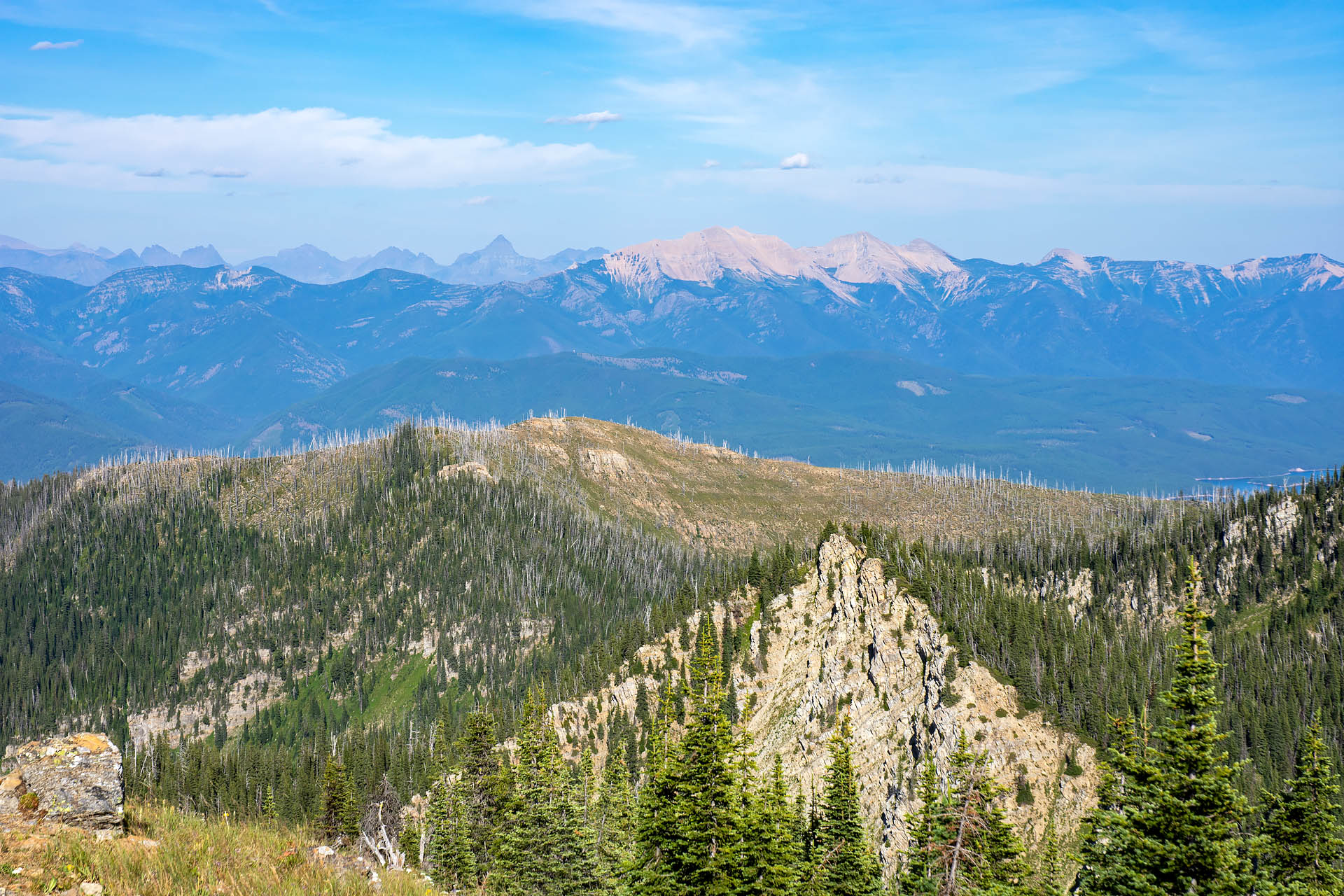 After being initially thwarted on our trek just two weeks into our stay in Montana, it was nice to finally go back and cross the trail off our list. It may not have been the most spectacular trail we’ve done in the area, but it had enough scenic beauty to make for a nice, late-afternoon hike. Moreover, the drive up to the trailhead – with its sweeping views of Hungry Horse Reservoir and Great Northern towering overhead – is pretty spectacular in its own right. 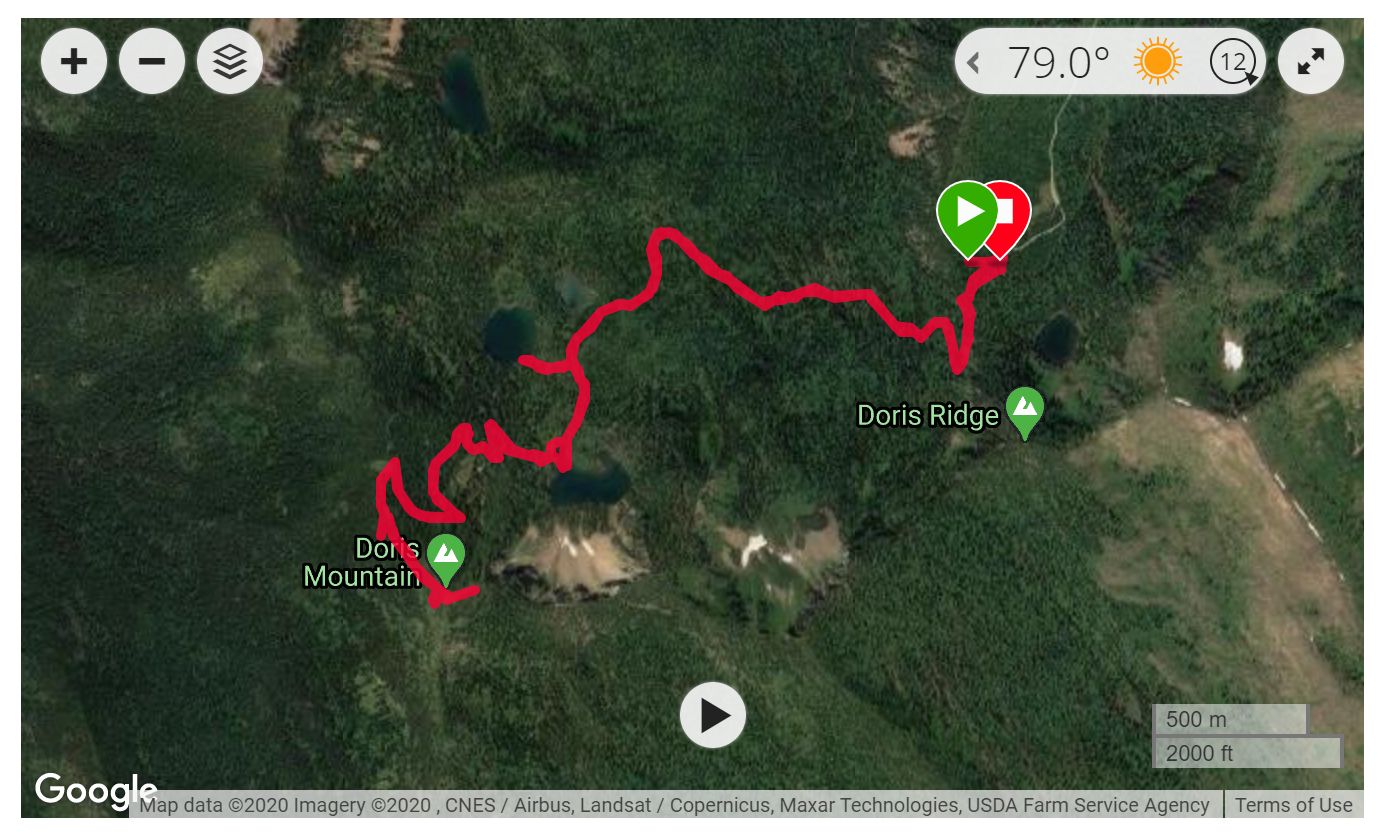