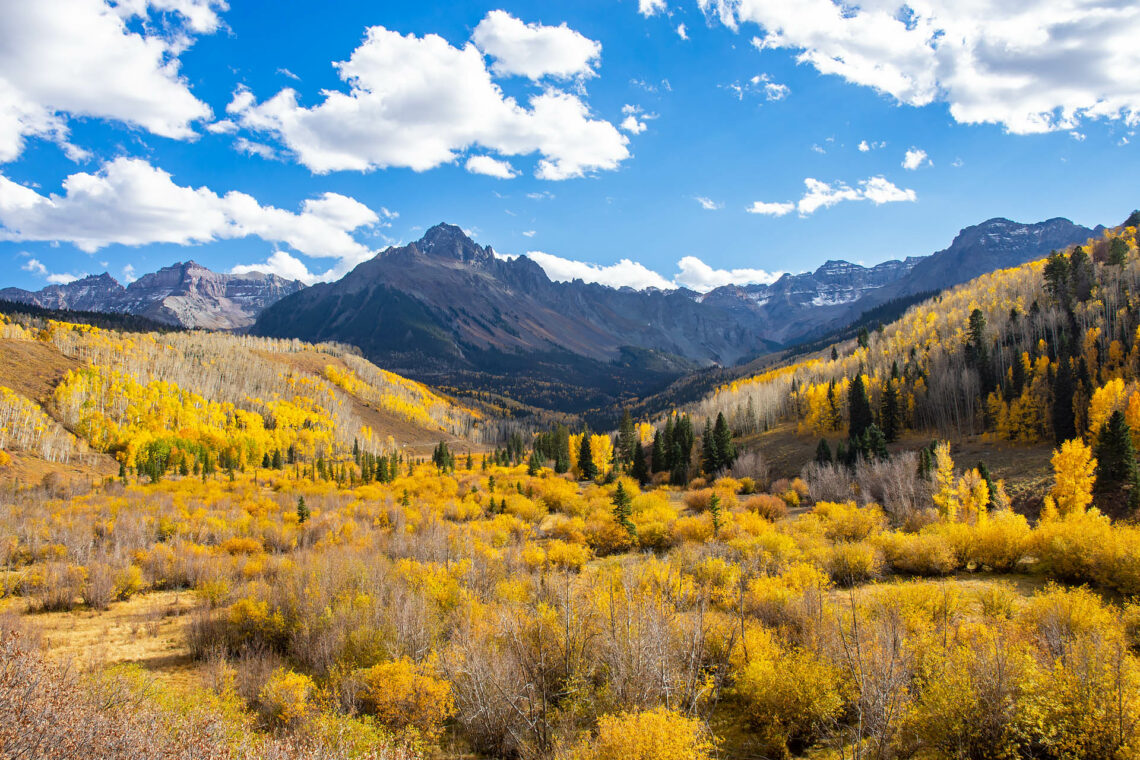 One of 31 All-American Roads in the U.S., the San Juan Skyway traverses some 230 miles of southwest Colorado’s striking San Juan Mountains. The scenic byway passes through the Uncompahgre Wilderness and San Juan National Forest, navigating high mountain passes and historic mining towns while offering unrelenting views of the surrounding summits. The U.S. Secretary of Transportation awarded All-American Road status to the route in 1996, the highest title awarded to a National Scenic Byway. Not only is the road revered for its natural beauty and recreational opportunities, but also for its historical and cultural significance.

Much of the land here in the heart of the San Juans once belonged to the Ute Indian Tribe. However, with the rush of gold prospectors in the 1860s and, consequently, the influx of mining and white settlement, the Ute were ultimately forced to cede their territory. Deceitfully pushed from their homeland, Colorado’s longest-standing residents were relocated to barren lands well south of the mineral-rich mountains. Bustling mining towns quickly replaced native Ute communities, ultimately peaking at the end of the 19th century as gold and silver were excavated from the mountains around Silverton.

In 1882, the historic Durango & Silverton Narrow Gauge Railroad opened to transport mineral ore from Silverton to Durango for smelting. Soon after, in 1883, Russian immigrant Otto Mears engineered the Million Dollar Highway between Silverton and Ouray, adding another important link between the mining towns. When the prices for metal eventually crashed in the 1920s, many of the small settlements were ultimately deserted. Today, abandoned shafts and mining relics are all that remain from the once-humming communities. 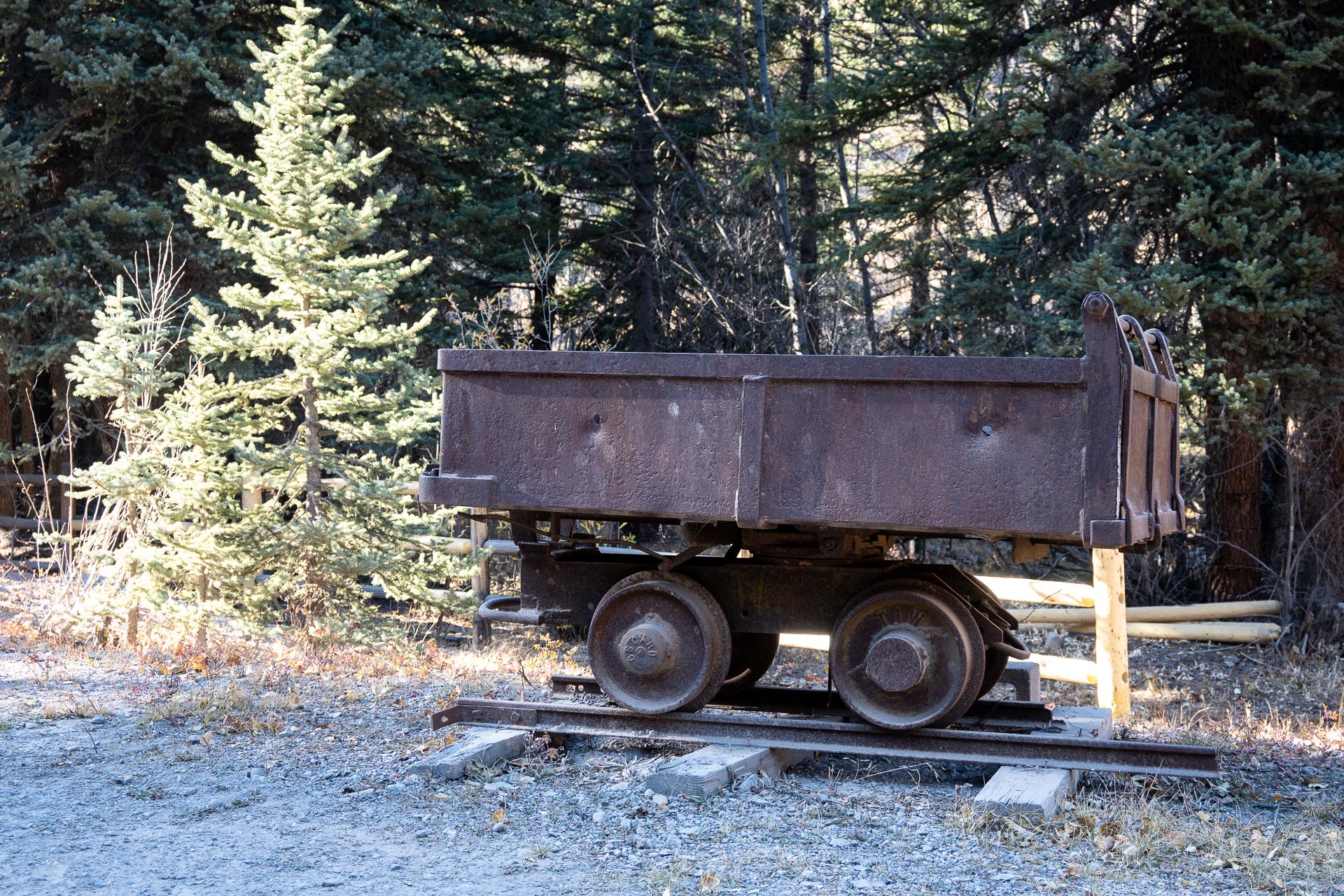 During our month-long stay in Durango, we drove the scenic byway numerous times en route to various hiking trails within the San Juans. Without fail, it seemed as if each new trip we took was even more spectacular than the last. It may not have been far from the truth, as our autumn visit overlapped with southern Colorado’s peak foliage season. We were able to watch with wonder as the quaking aspen gradually turned the verdant hillsides to a shimmering gold.

Traveling the scenic loop counterclockwise (north and west) from Durango, Routes 550, 62, 145, and 160 link sleepy mountain towns with abandoned mining settlements and hundreds of miles of recreational trails. The first 45-mile stretch from Durango to Silverton largely parallels the tracks of the Durango & Silverton Narrow Gauge Railroad. Originally developed to transport gold and silver ore, the train still operates today as a scenic passenger route. Traveling north to Silverton, Scenic Byway 550 crosses Coal Bank Pass (10,640’) and Molas Pass (10,910’) as it winds past the towering summits of Engineer Mountain, Snowdon Peak, and Grand Turk. While most travelers seem partial to the subsequent Silverton to Ouray segment, the Durango to Silverton portion was undoubtedly our favorite. 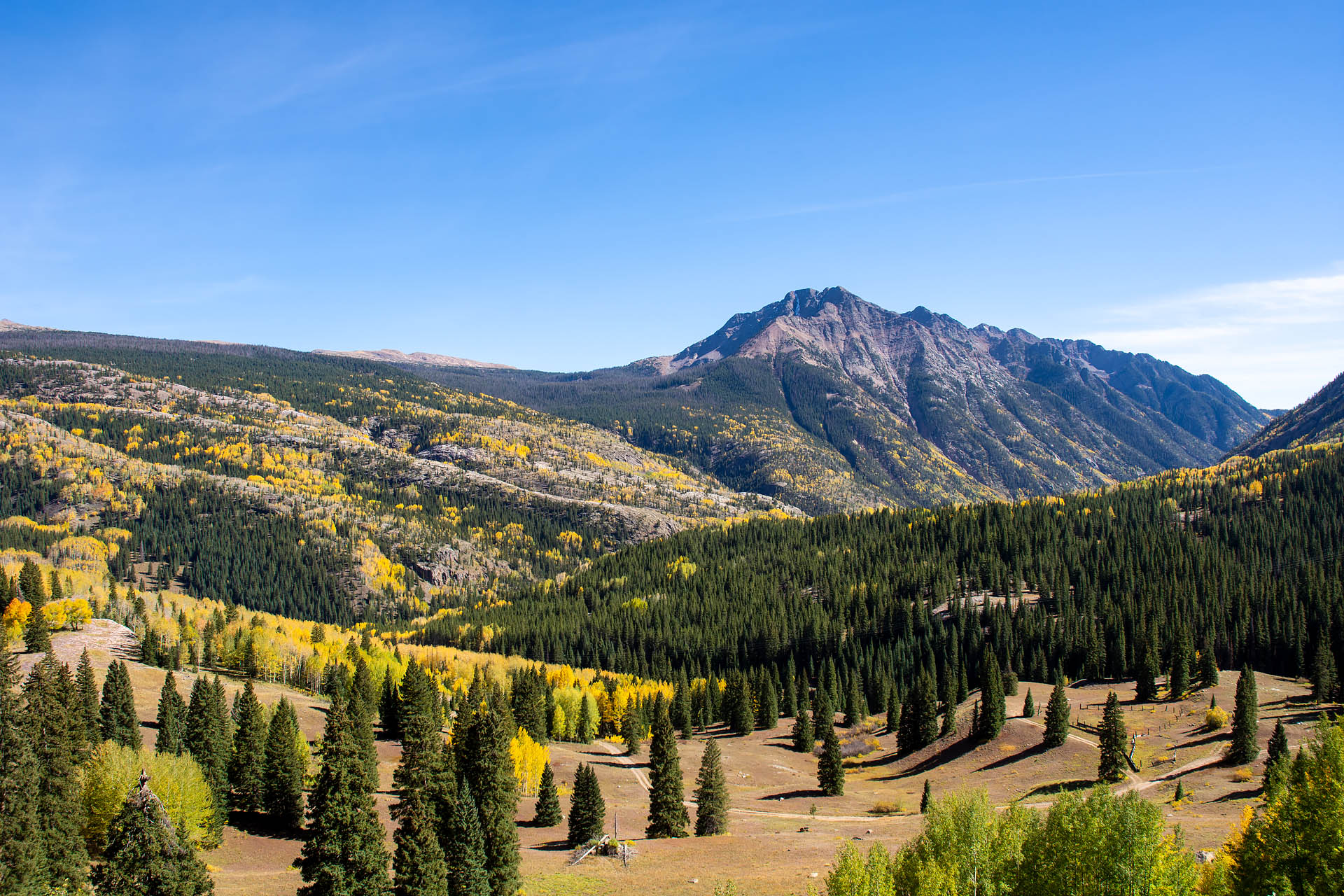 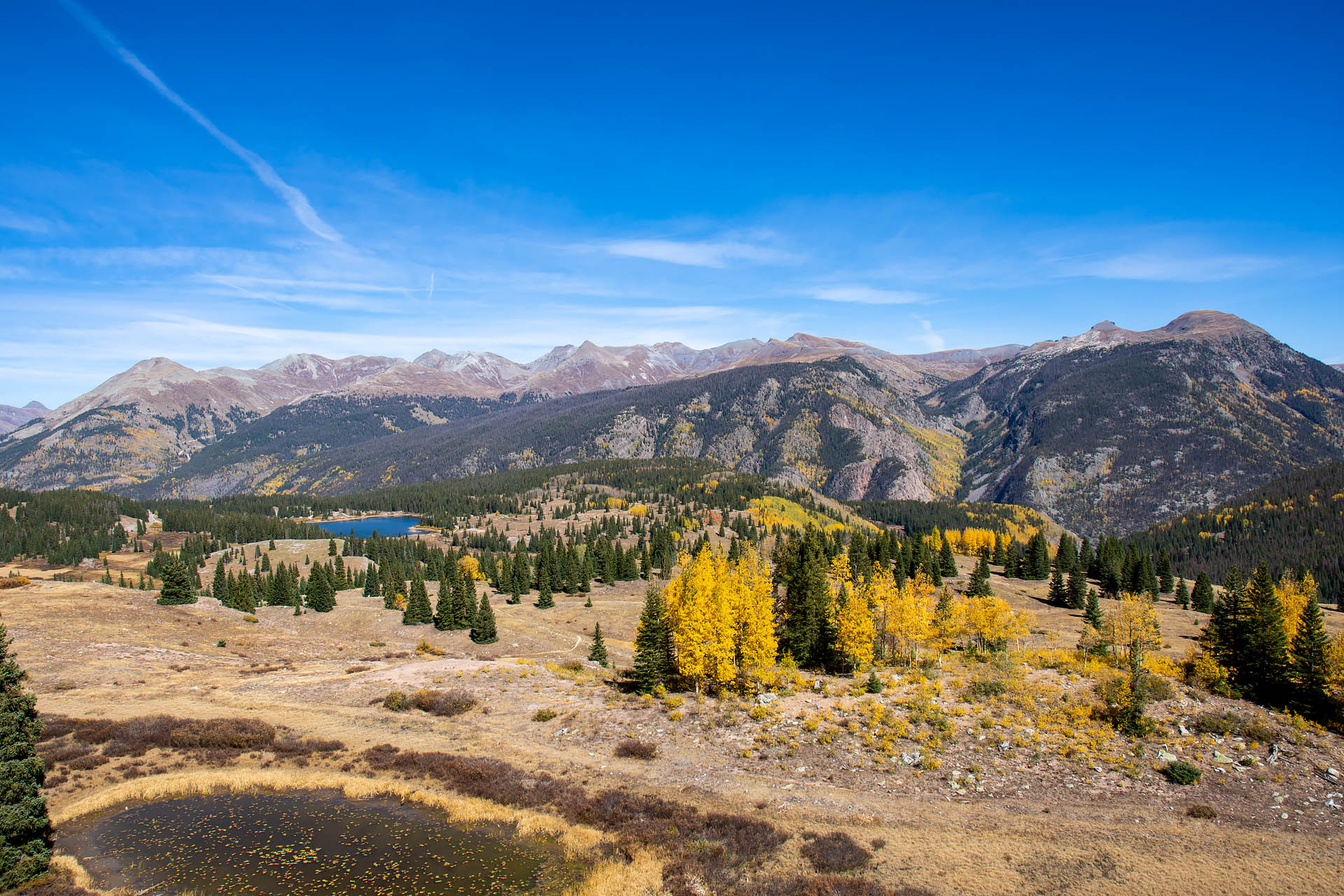 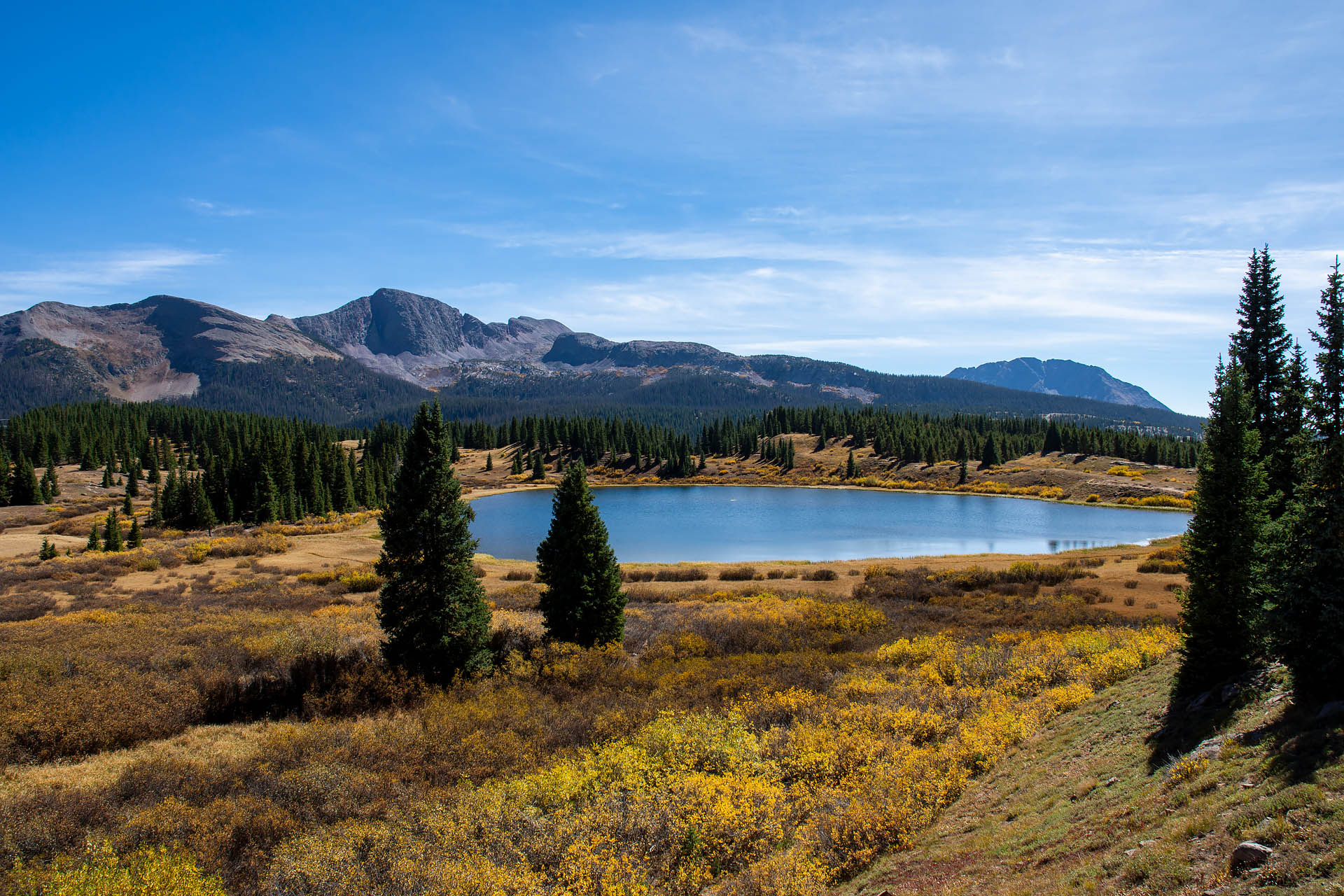 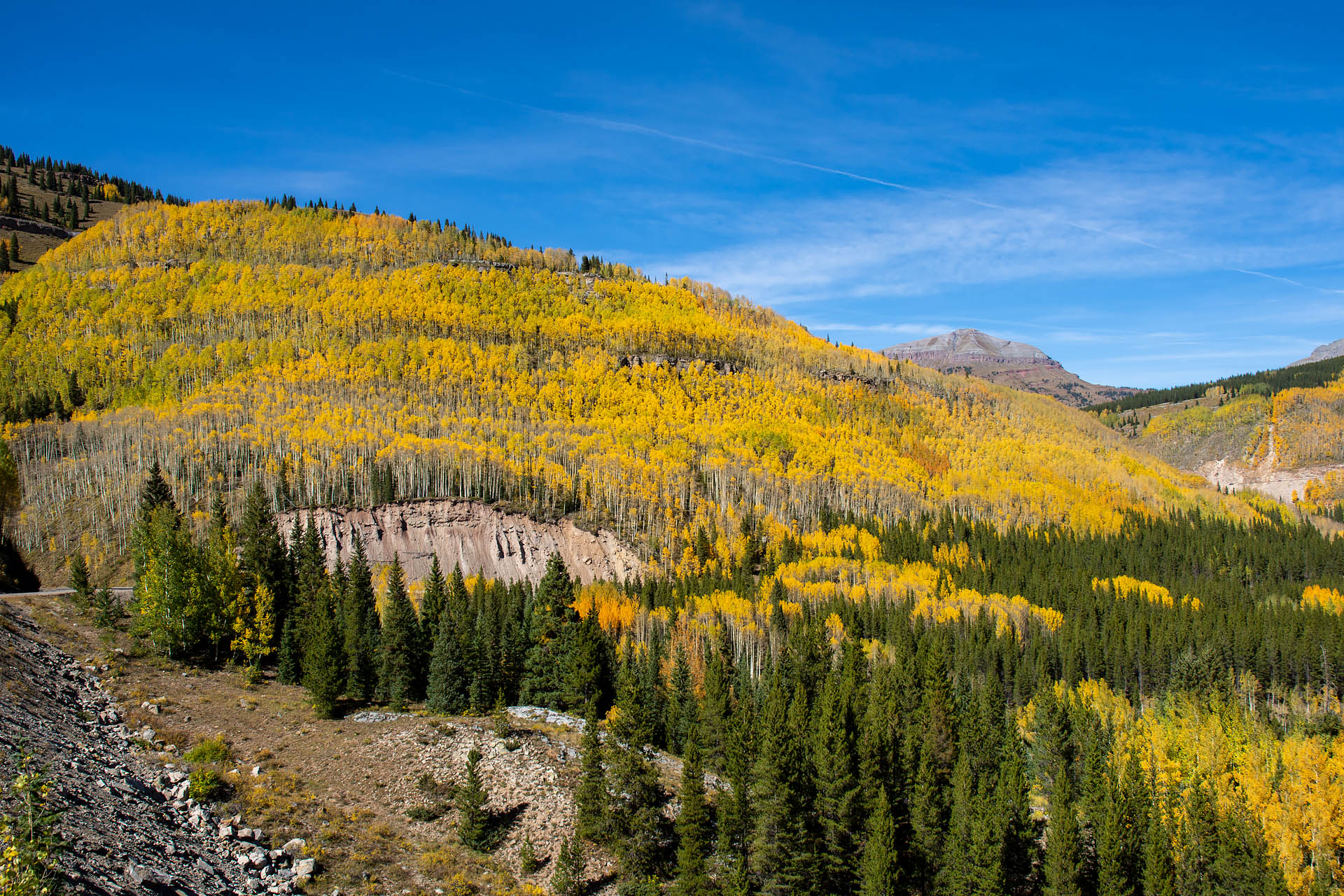 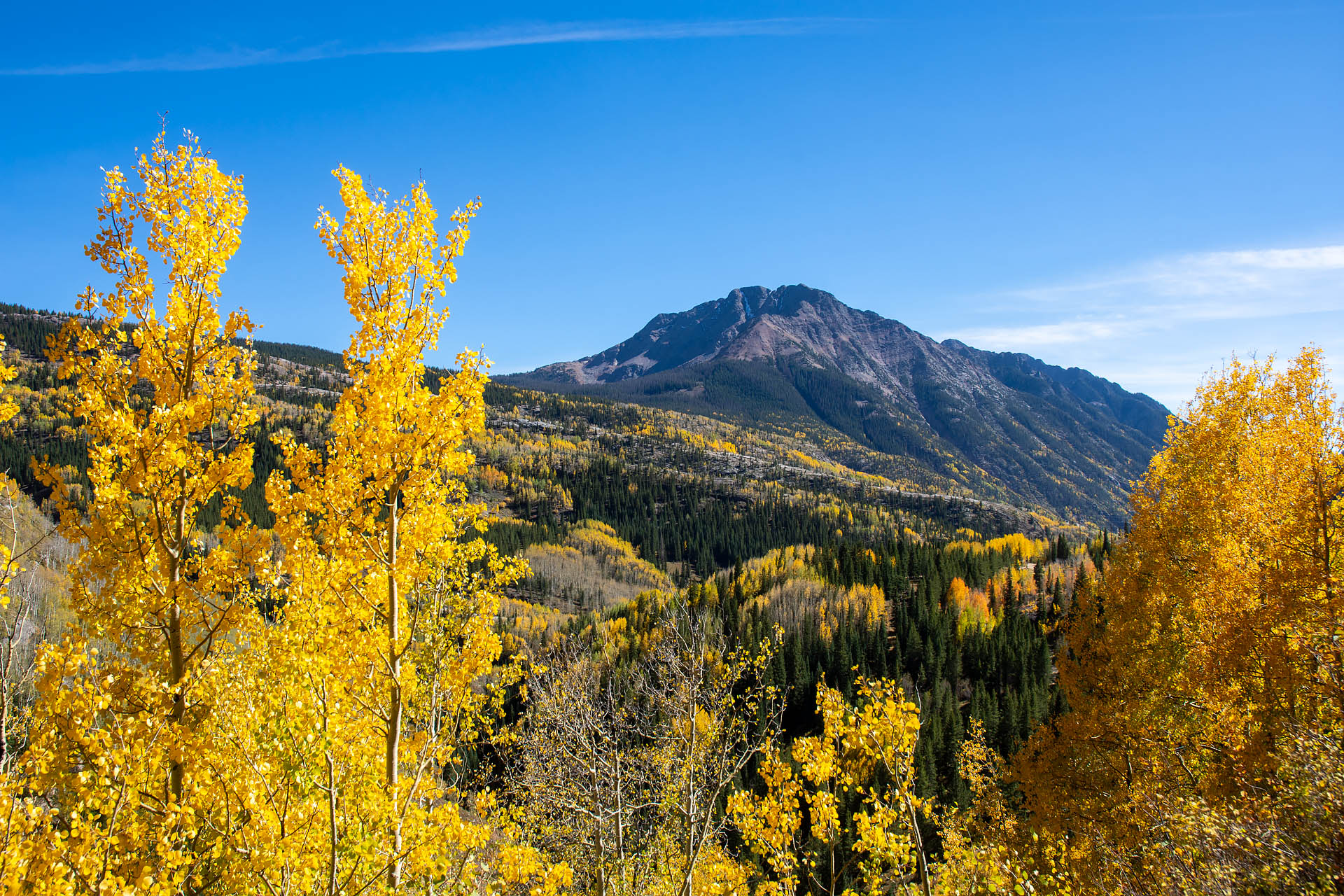 Continuing north from Silverton to Ouray, the byway’s most famous stretch of road is the 25-mile Million Dollar Highway. A number of theories speculate how the road’s moniker came to be. Some suggest that the road’s reconstruction in the 1930s cost one million dollars a mile. Others claim that a million dollars’ worth of ore was left behind in the highway’s fill. Some simply believe that the road was named for its million-dollar panoramas. One local site even attributes the nickname to a quote from an early traveler, who was supposedly so panicked after driving the twisting road that he said not even a million dollars could entice him to do it again. Wherever the truth lies in regard to its historic title, the route is pretty spectacular, both in its engineering and sheer beauty. 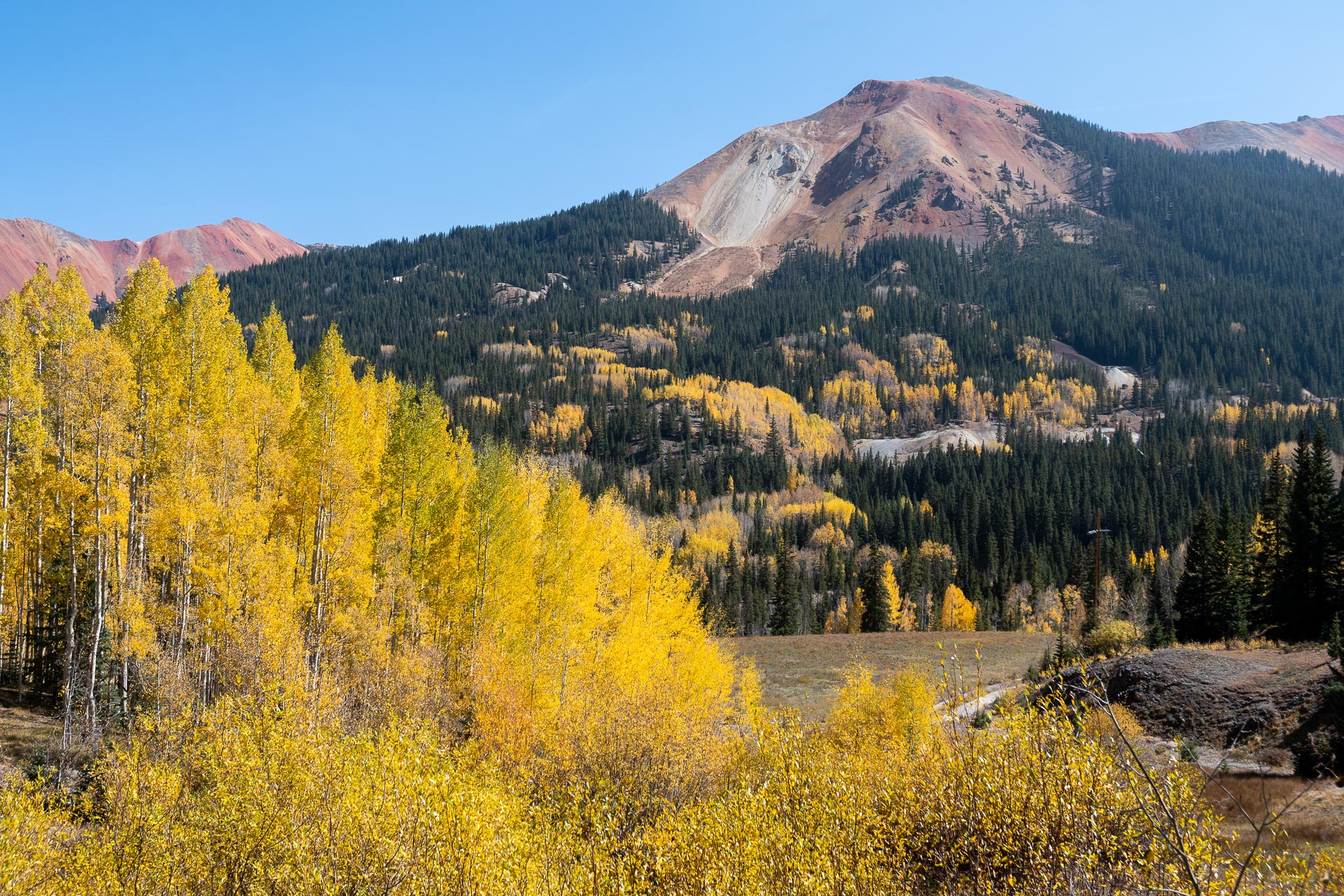 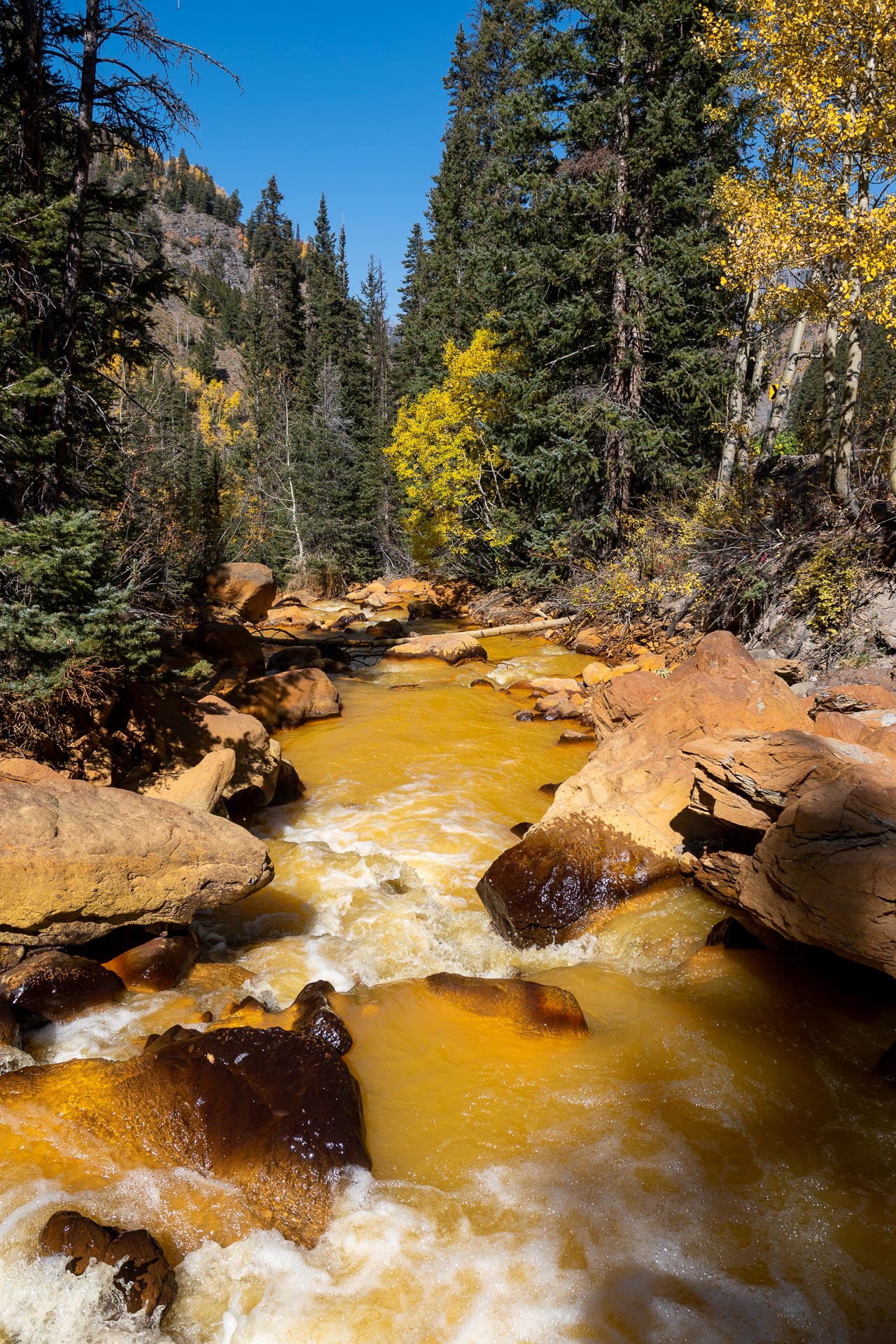 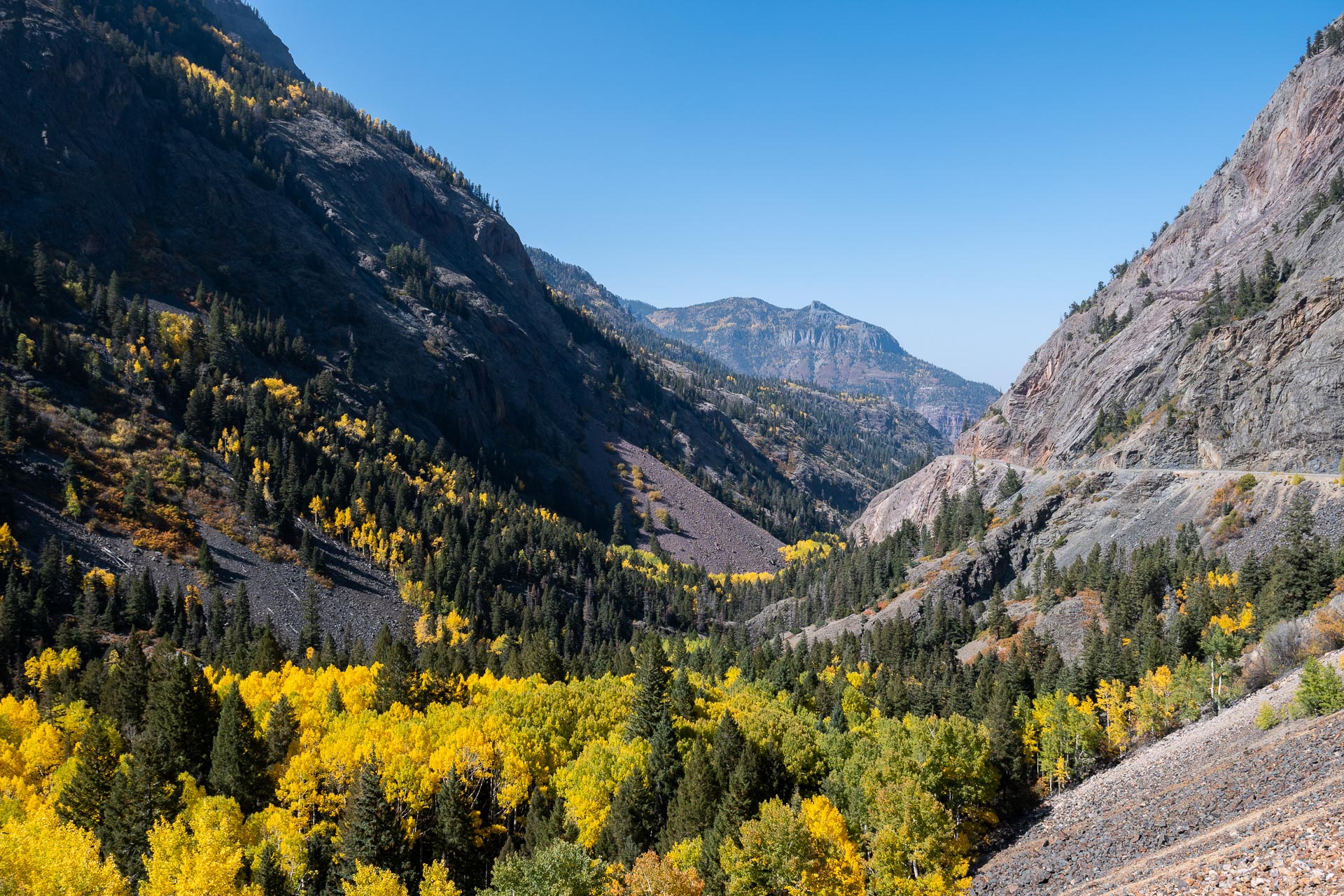 Touted as the most scenic portion of the San Juan Skyway, the narrow, winding Million Dollar Highway skirts the edge of sheer mountainsides, much of it with no guardrails. While it doesn’t feel particularly harrowing, you should certainly drive with care along this stretch, especially if there’s been any sort of precipitation. Heading north to Ouray, the Million Dollar Highway traverses Red Mountain Pass (11,018’), offering commanding views out to Red Mountain and its neighboring rust-hued peaks before passing by Ironton – a former bustling mining community that’s now merely a ghost town.

From the tiny town of Ouray, the road loops around to the west, crossing Dallas Divide (8,970’) before approaching the popular ski destination of Telluride. Telluride’s charming downtown is about four miles east of the scenic byway, a short detour if you’re looking to explore some of the shops and cafes. If you’re short on time and can’t make it into town, Telluride Brewing Company is right off Highway 145 and definitely worth a stop if you’re into hopped-up and hazy IPAs. 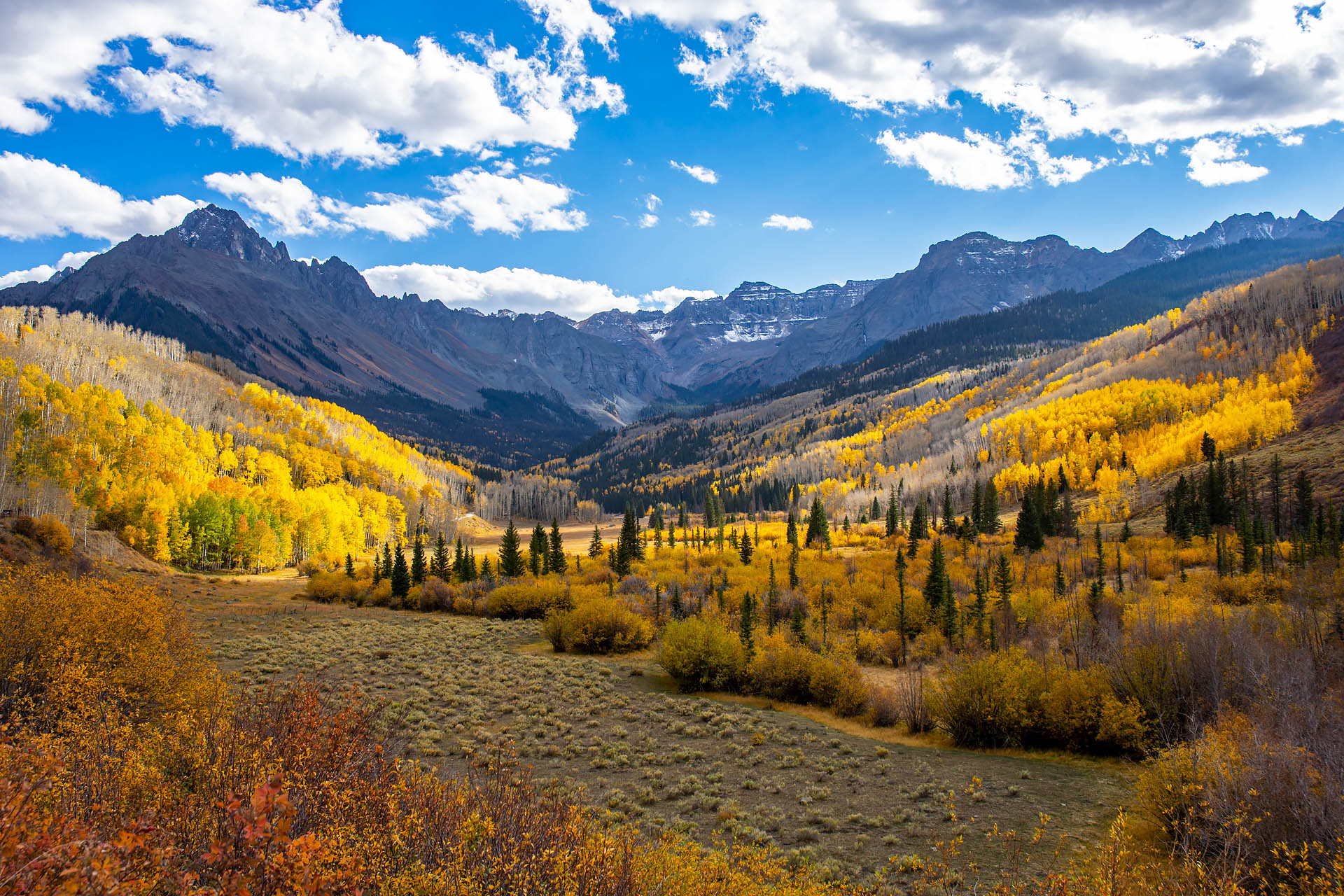 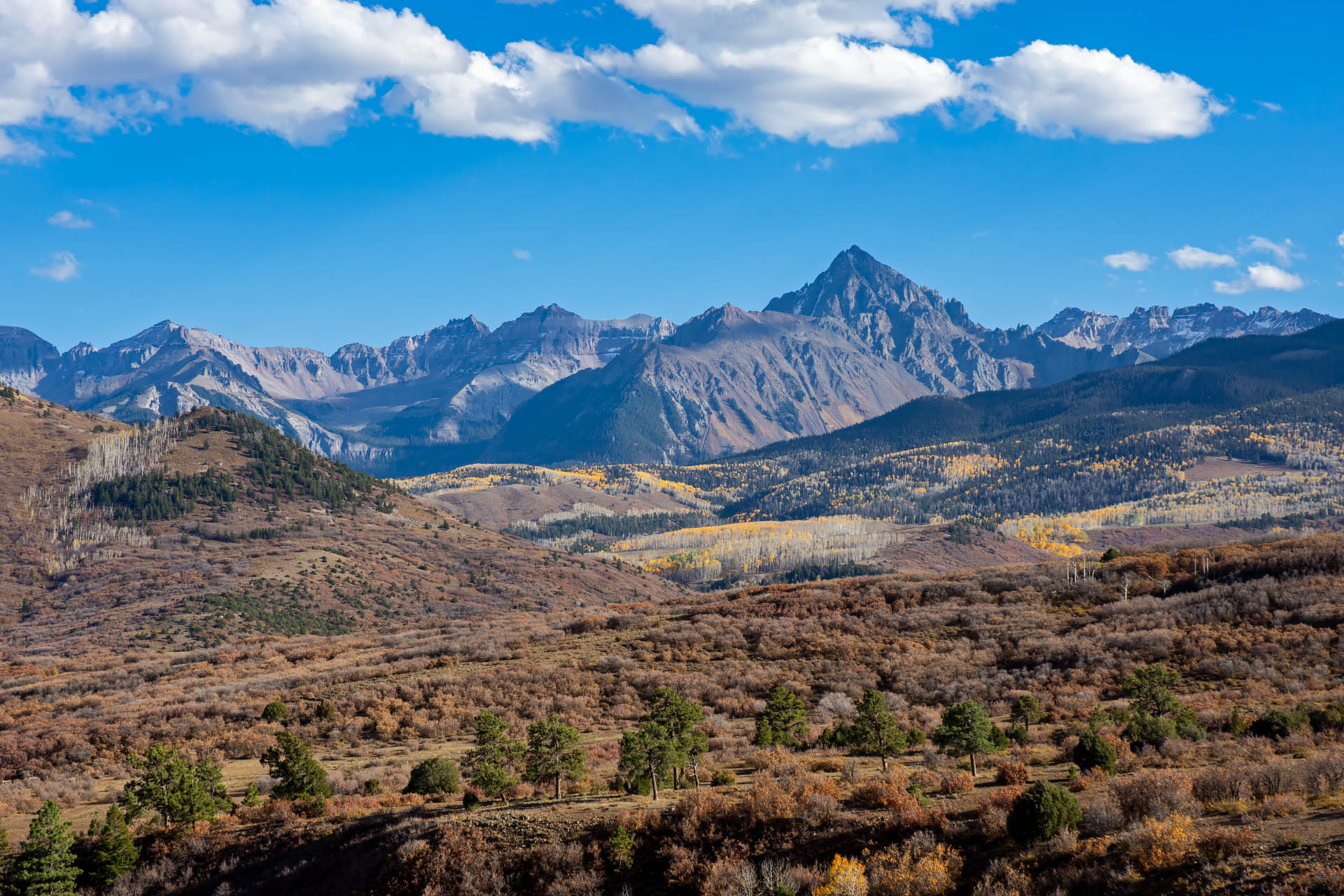 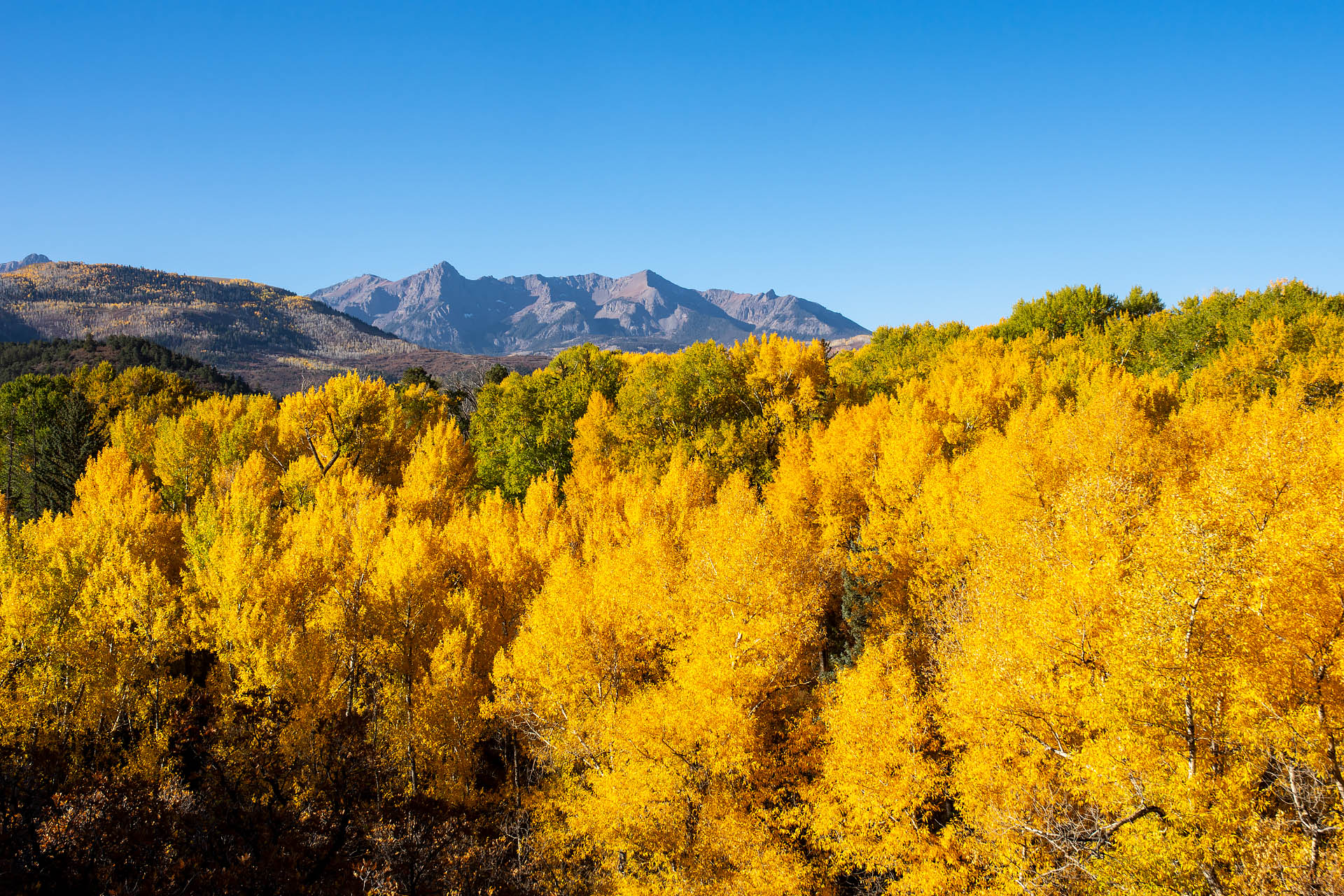 Continuing south on 145 from Telluride, the road traverses Lizard Head Pass (10,246’) after about 12 miles. This is an exceptionally picturesque area, with Yellow Mountain North rising to the east, and the unmistakable Lizard Head Peak looming to the west. At 13,113 feet, Lizard Head’s 500-foot vertical, volcanic spire is considered one the most difficult climbs in Colorado. 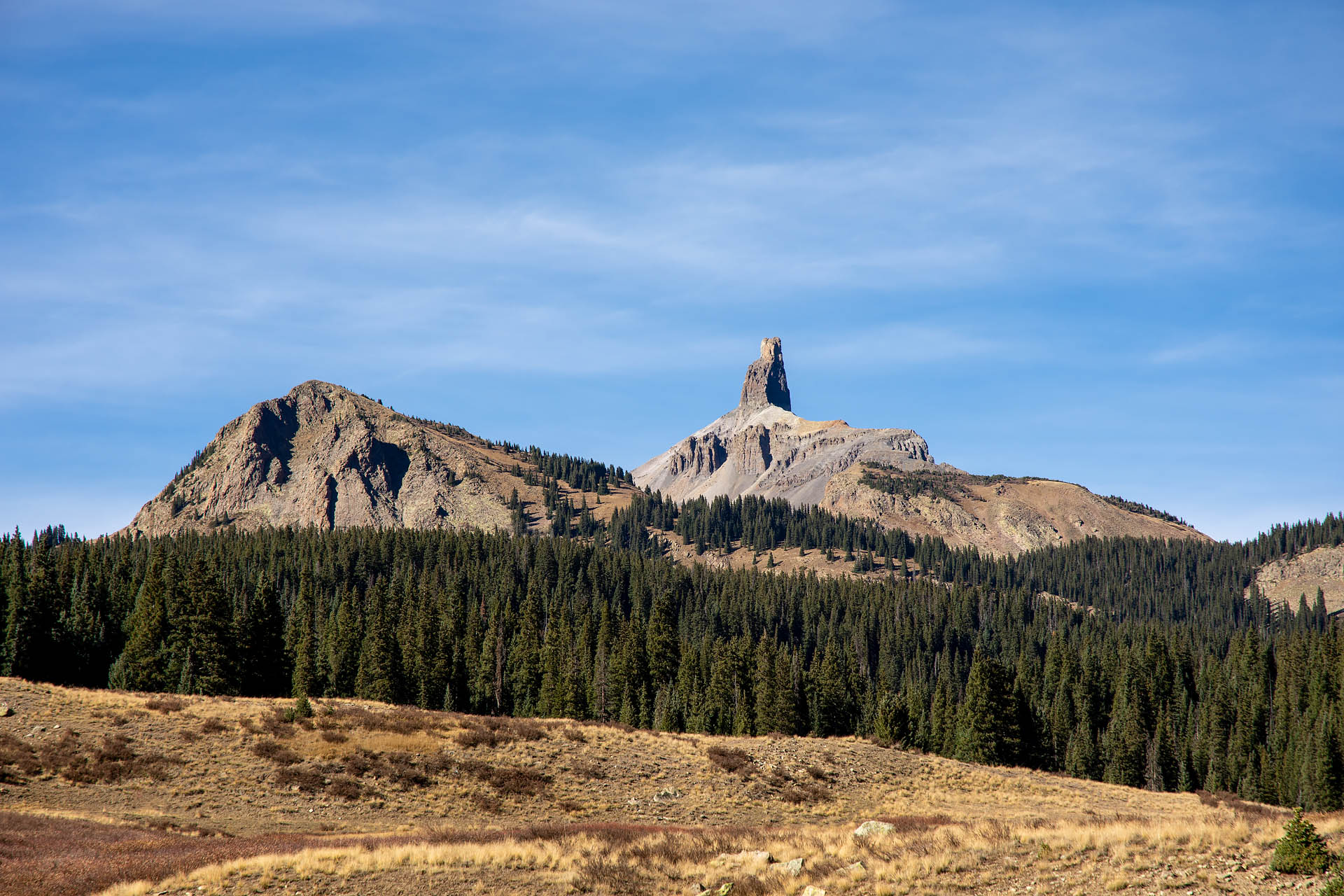 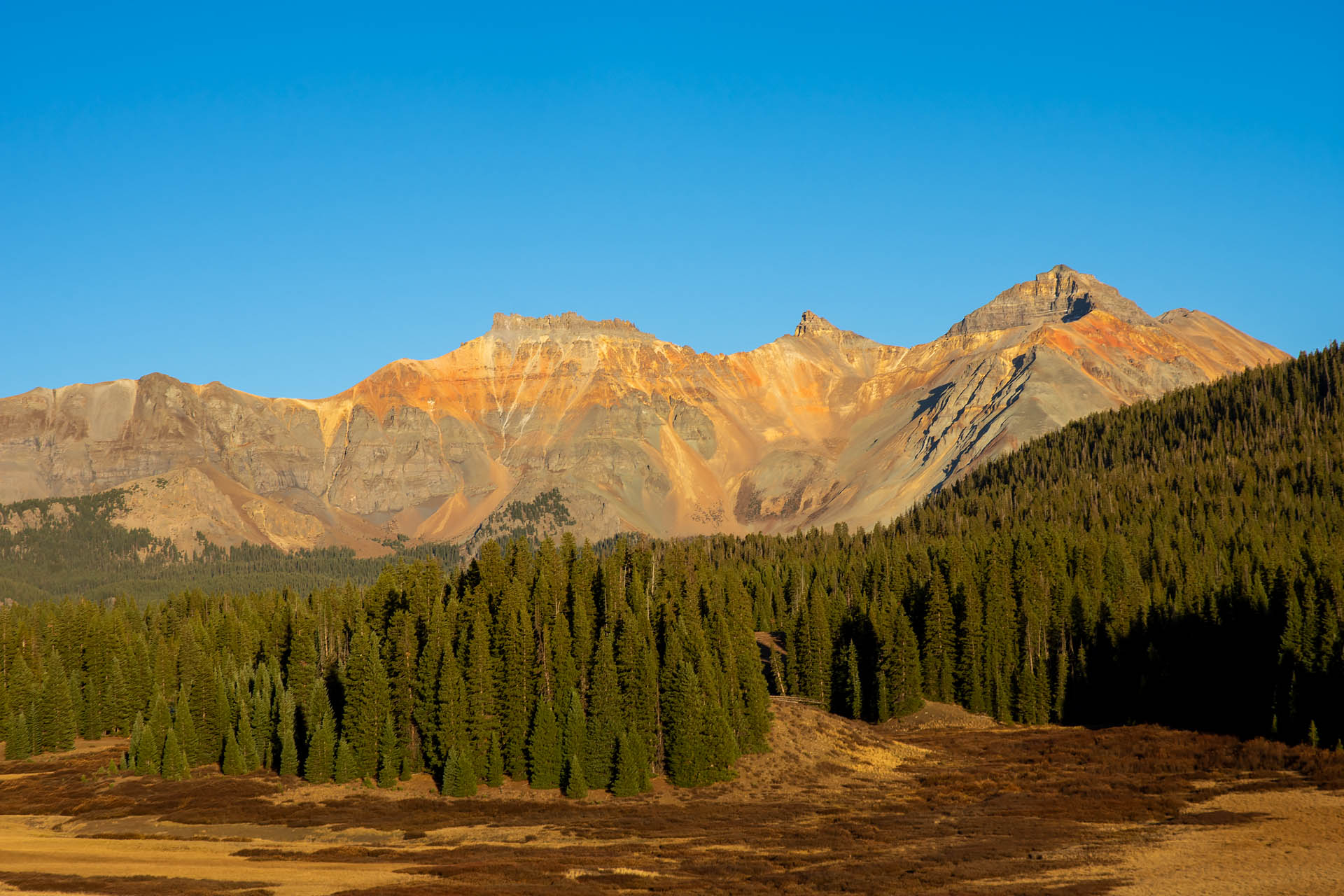 Closing out the southern portion of the loop along 145 and 160, the scenery becomes a bit less dramatic. Alpine mountain vistas quickly give way to that transitional, semi-arid landscape of the high desert. Mesas, dusty peaks, and scrubby brush now line the highway as it passes through the towns of Dolores, Cortez, and Mancos, slowly meandering back toward Durango.

Stephan and I have traveled a number of the most scenic routes in the world – Australia’s Great Ocean Road, California’s Pacific Coast Highway, Canada’s Icefields Parkway, North Carolina’s Blue Ridge Parkway, Vietnam’s Hai Van Pass – and this one certainly ranks near the top. I think we were both surprised with just how much there was to see and do. Moreover, with its dazzling display of gilded aspen and alpine summits, the San Juan Skyway makes for an exceptional autumn adventure.

Although it’s not part of the official San Juan Skyway, Highway 160 from Durango to Wolf Creek Pass (10,857’) is a spectacular drive, easily rivaling parts of the more famous byway. Heading east, the highway cuts through the small downtown of Pagosa Springs about fifty miles from Durango. From here, the next twenty-three miles from Pagosa Springs to the high mountain pass are particularly scenic, offering sweeping views of the San Juan and Rio Grande National Forests. Once you reach Wolf Creek Pass, which sits along the Continental Divide, there is easy access to the 3,100-mile Continental Divide Trail as well as the popular Wolf Creek Ski Area. 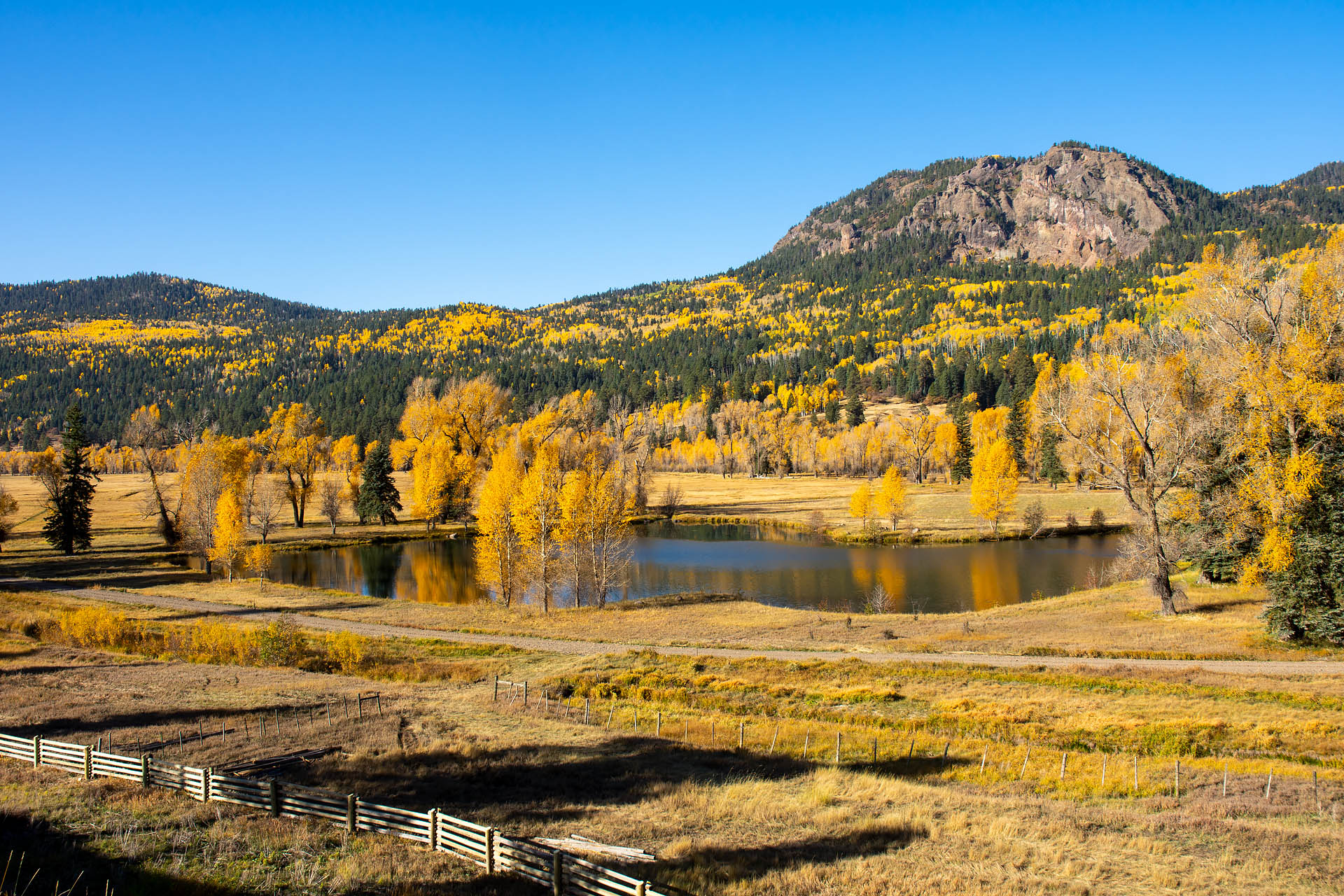 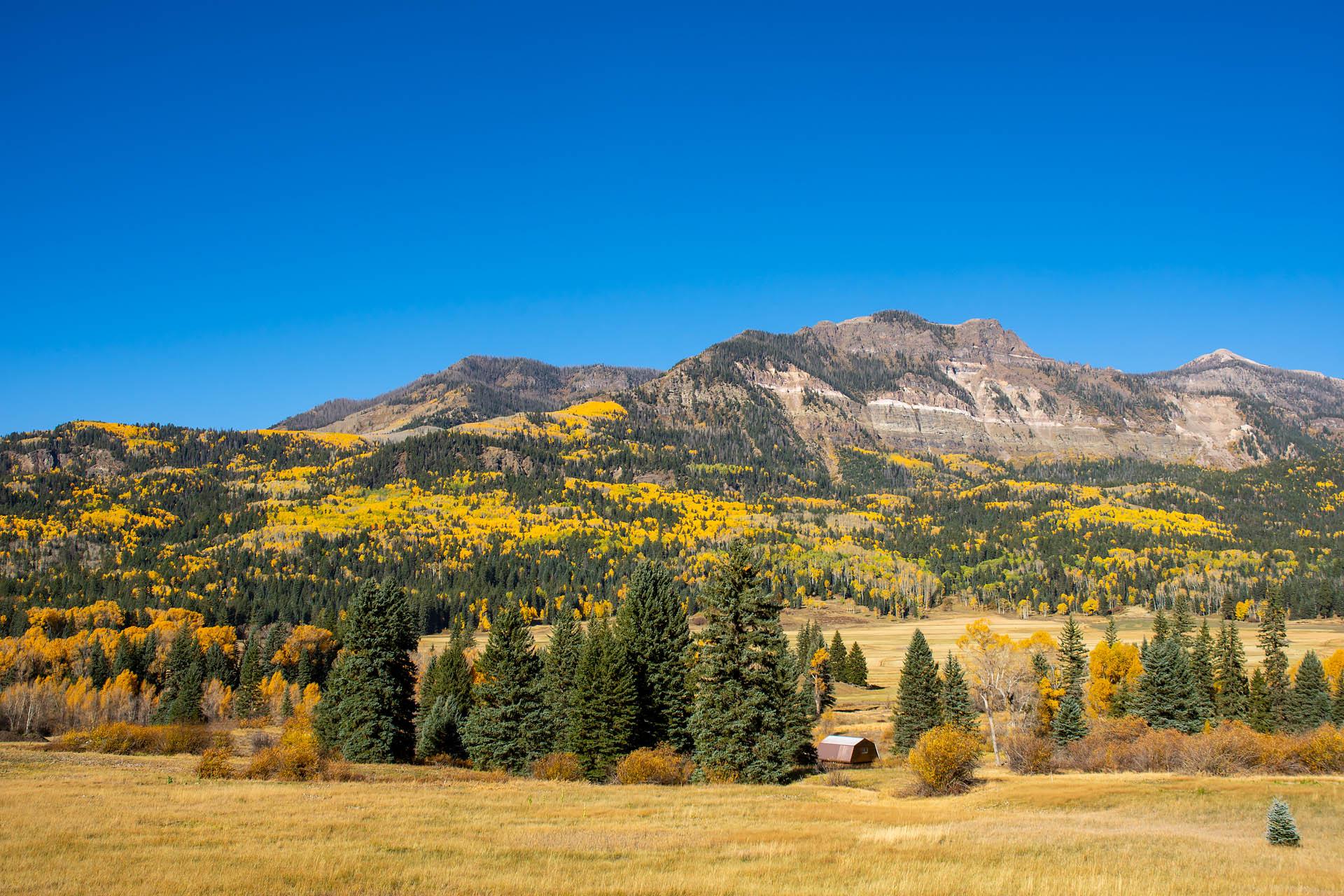 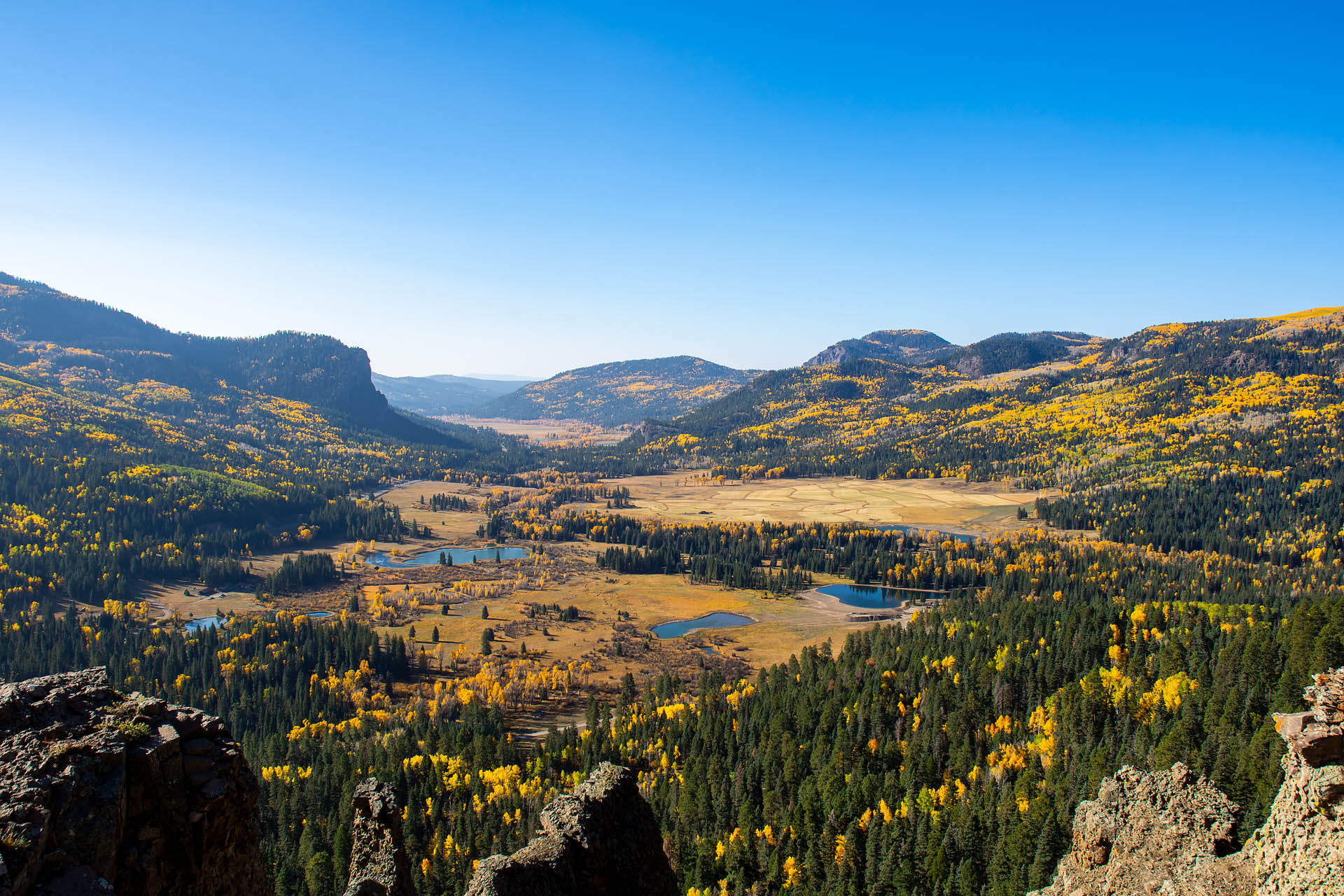 While you’re there, Pagosa Springs is also home to the world’s deepest hot spring. The Springs Resort & Spa offers public access to the 24 mineral pools, which range in temperature from 83–114F (28–46C). Adult day passes are $20. While I’m normally all about a good soak, it wasn’t something I was willing to chance in the time of COVID-19. Since we wouldn’t hesitate to make a return trip to the San Juans, perhaps a hot spring visit will be in our future.