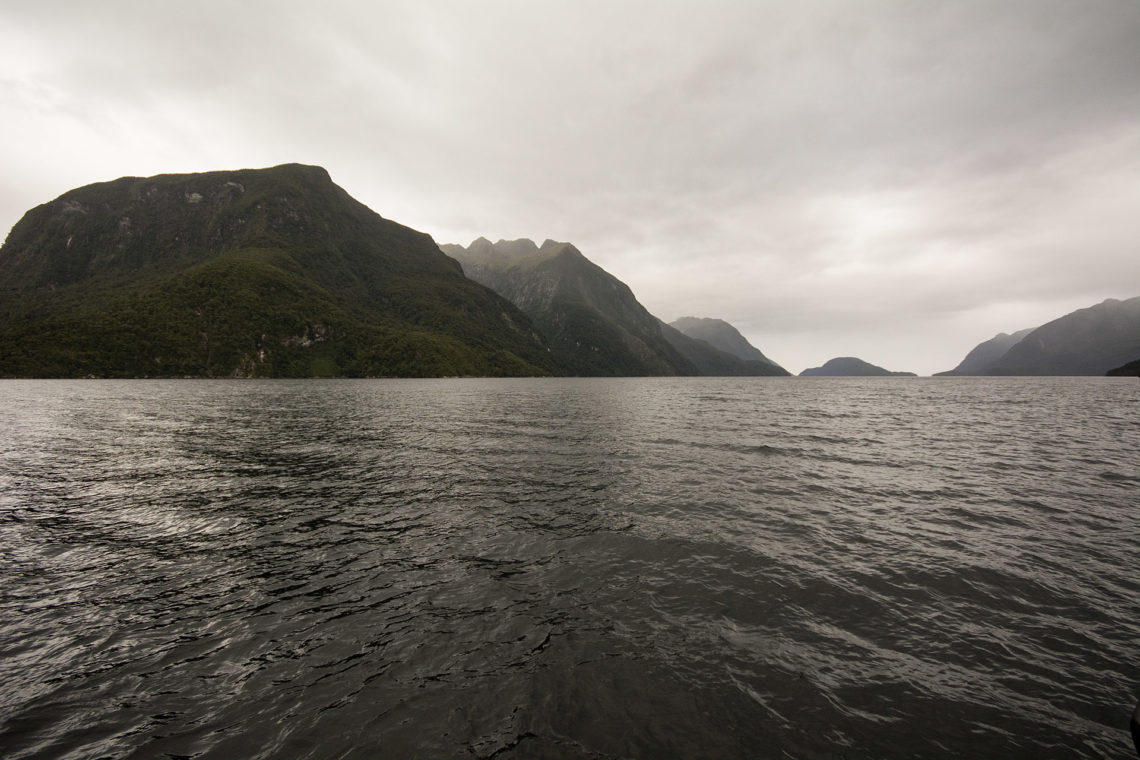 In order to see some of the areas of Fiordlands that are not accessible by car or by foot, we decided to take a cruise through one of the sounds. We debated about visiting the more-famous (and crowded) Milford Sound, but on a recommendation from one of Jenn’s PhD committee members (and a desire to avoid the crowds), we chose Doubtful Sound as our destination. Doubtful Sound is larger and less accessible than Milford Sound, and many insisted it was equally beautiful.

To access the sound, we took a ferry across Lake Manapouri, and then crossed the Western Arm by bus, over Wilmot Pass, a distance of about 20 kilometers. The steep, twisty drive was full of dense vegetation, as the area is considered a temperate rainforest. The fiords are generally known for wet weather – it rains roughly 200 days out of the year, and some areas receive 50 ft. of rain annually.

As we boarded the boat at Deep Cove and began our trip through Doubtful Sound, the clouds and fog around the surrounding peaks became denser, giving the entire area an eerie quality. The cruise took us underneath imposing cliffs, beautiful waterfalls and lush plant life. When we arrived at the mouth of the Tasman Sea, we discovered a small group of shelter islands covered with New Zealand Fur Seals, lazily dozing in the light mist that began to fall. Also during the ride, we crossed the 45th parallel – the midway point between the south pole and the equator. It seemed so luxurious after our lengthy trek the previous day, to be cruising through the fiords of New Zealand, sipping hot chocolate and feeling the rocking of the waves.

One amazing thing we noticed during our cruise: we didn’t see a single other tour boat in the water. We were almost alone in the sound, save for a local fishing boat, a handful of kayakers, and the seals. We were looking for a more isolated experience than the cruises of Milford Sound and we definitely found it – thanks, Max! 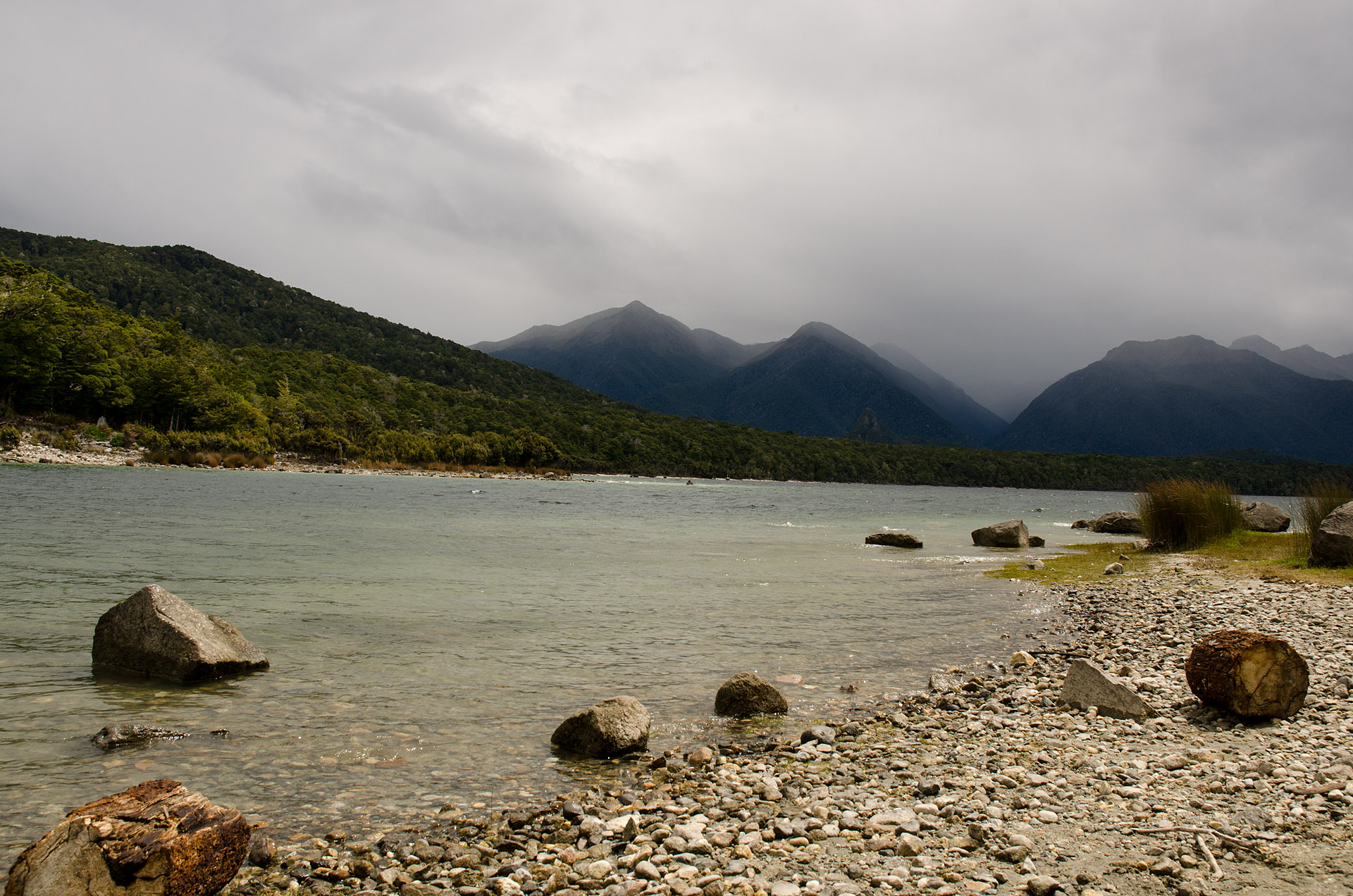 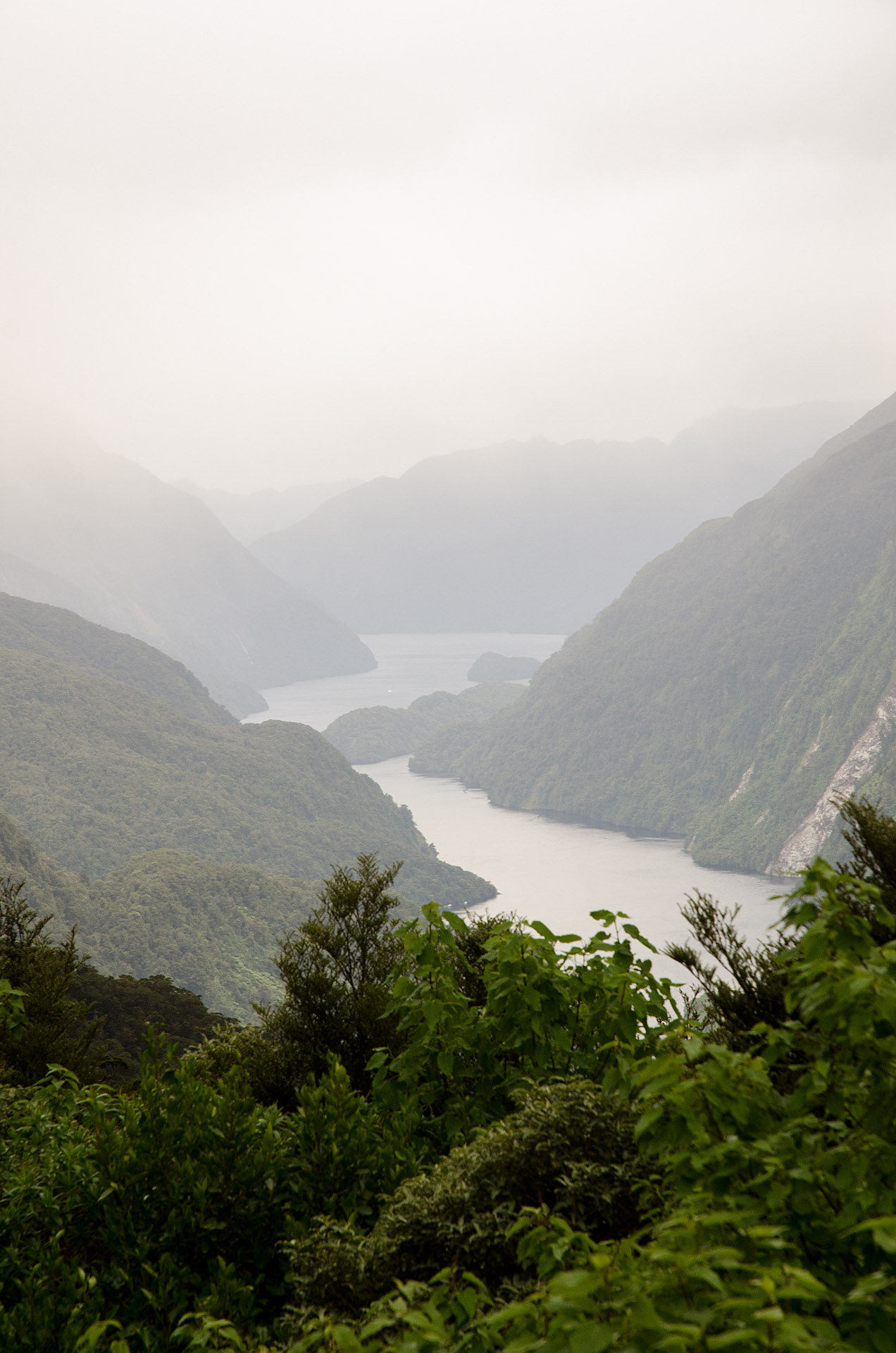 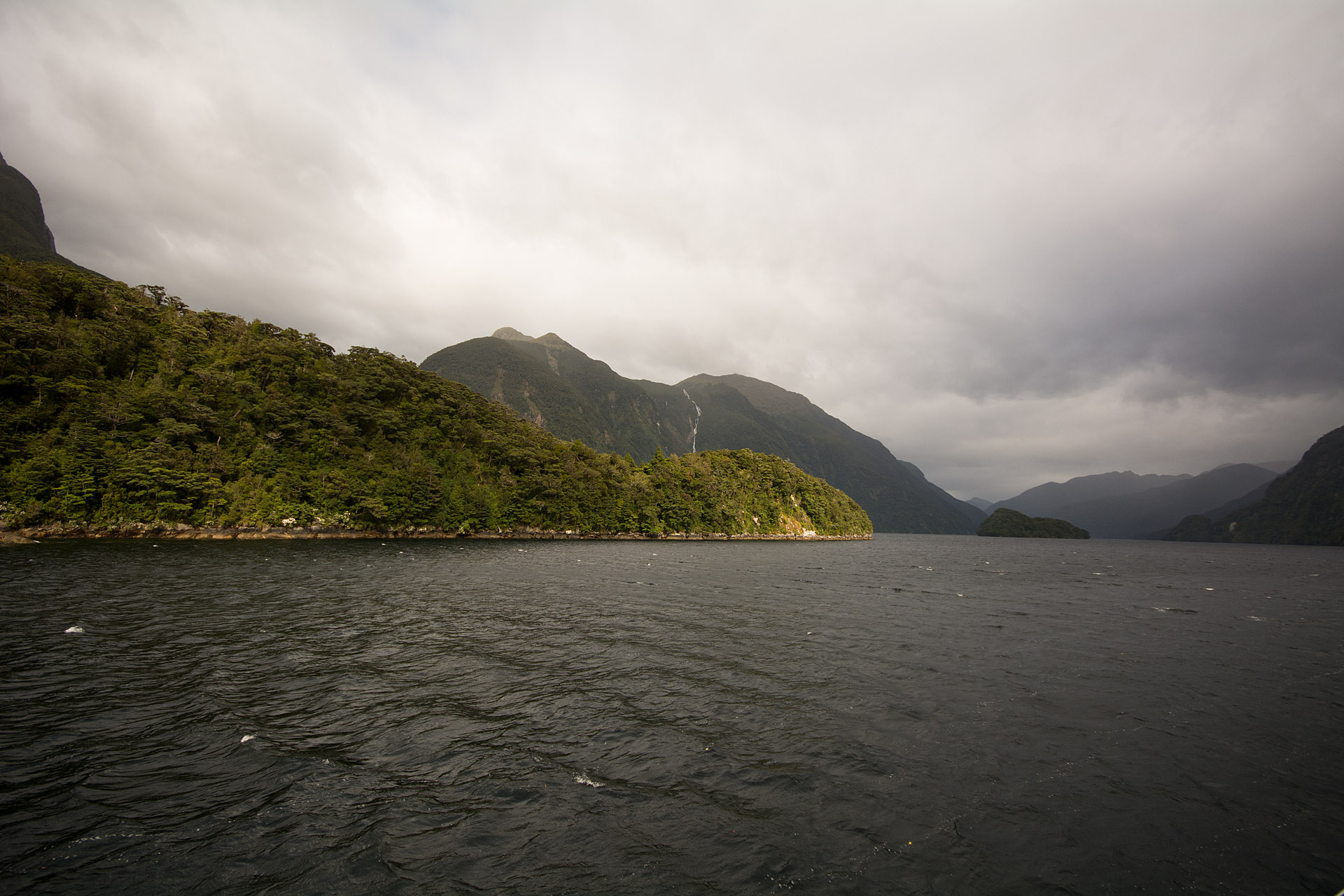 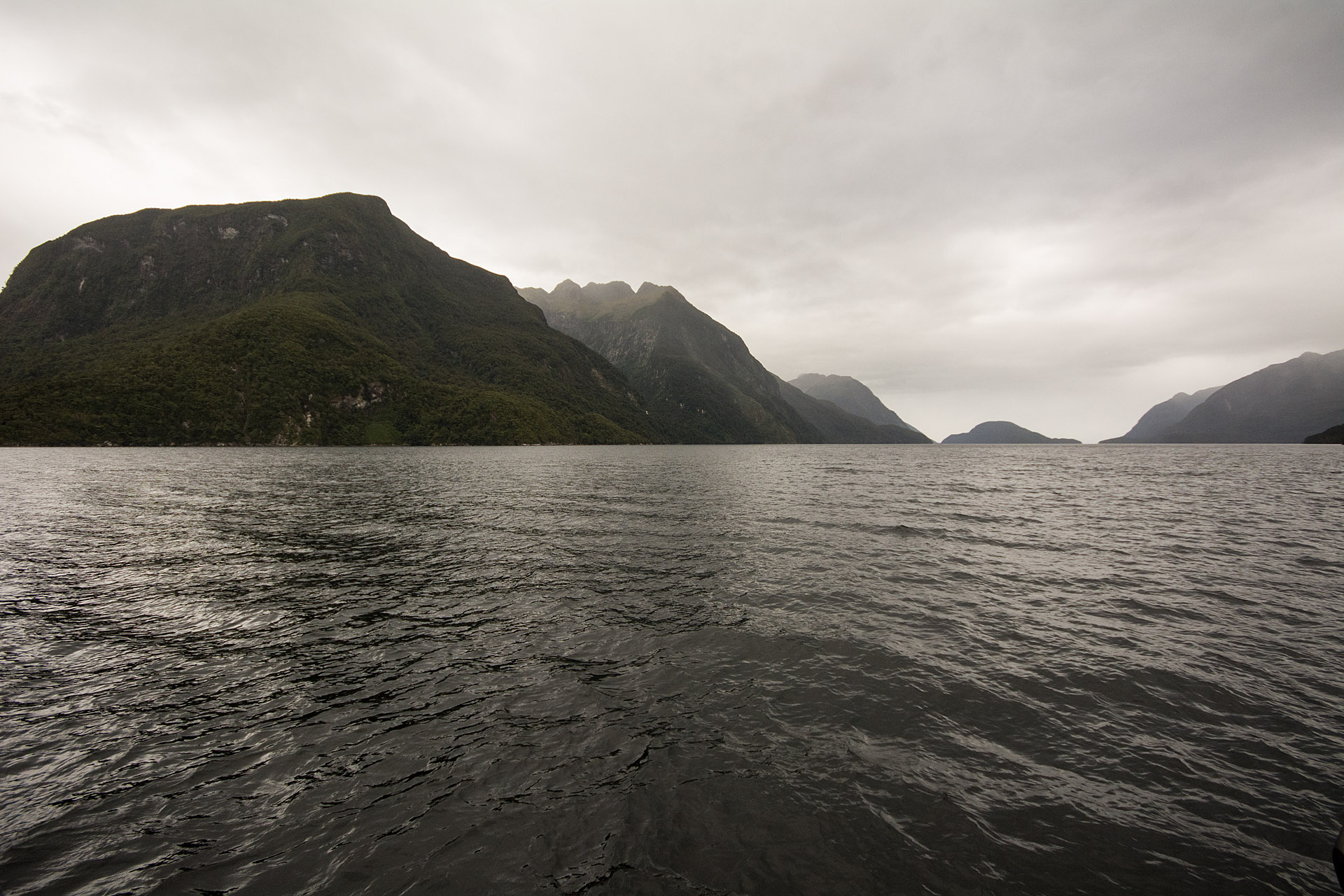 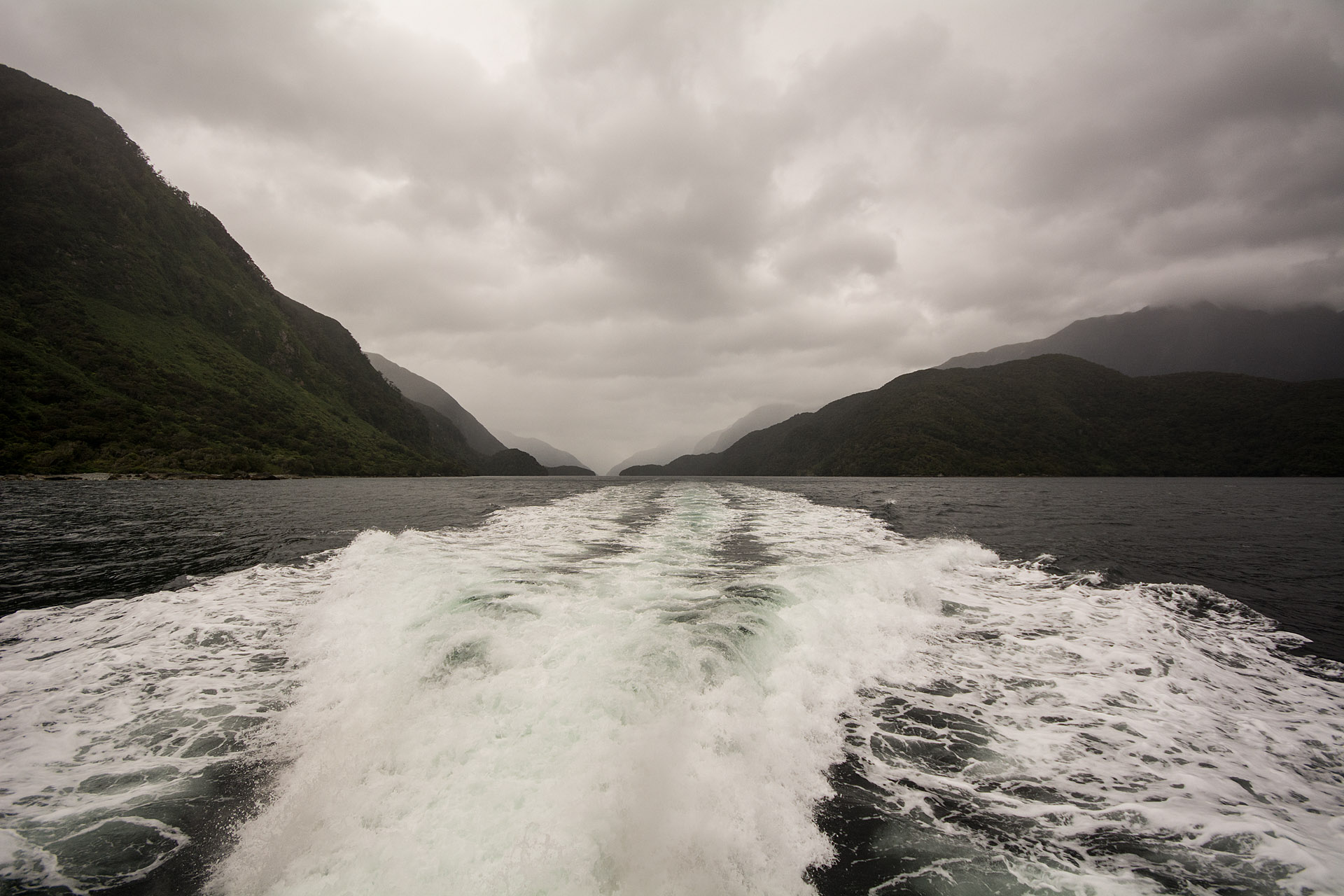 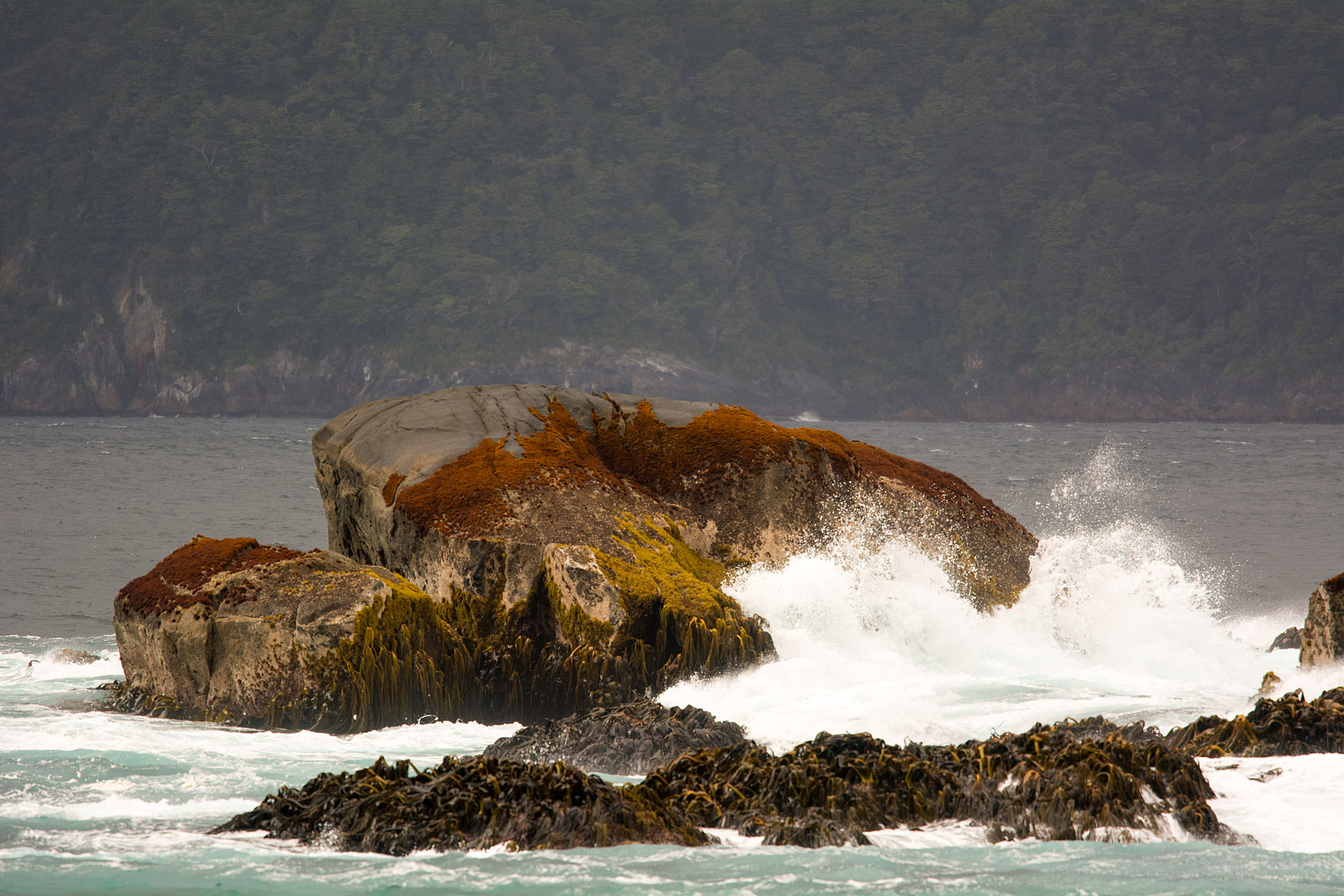 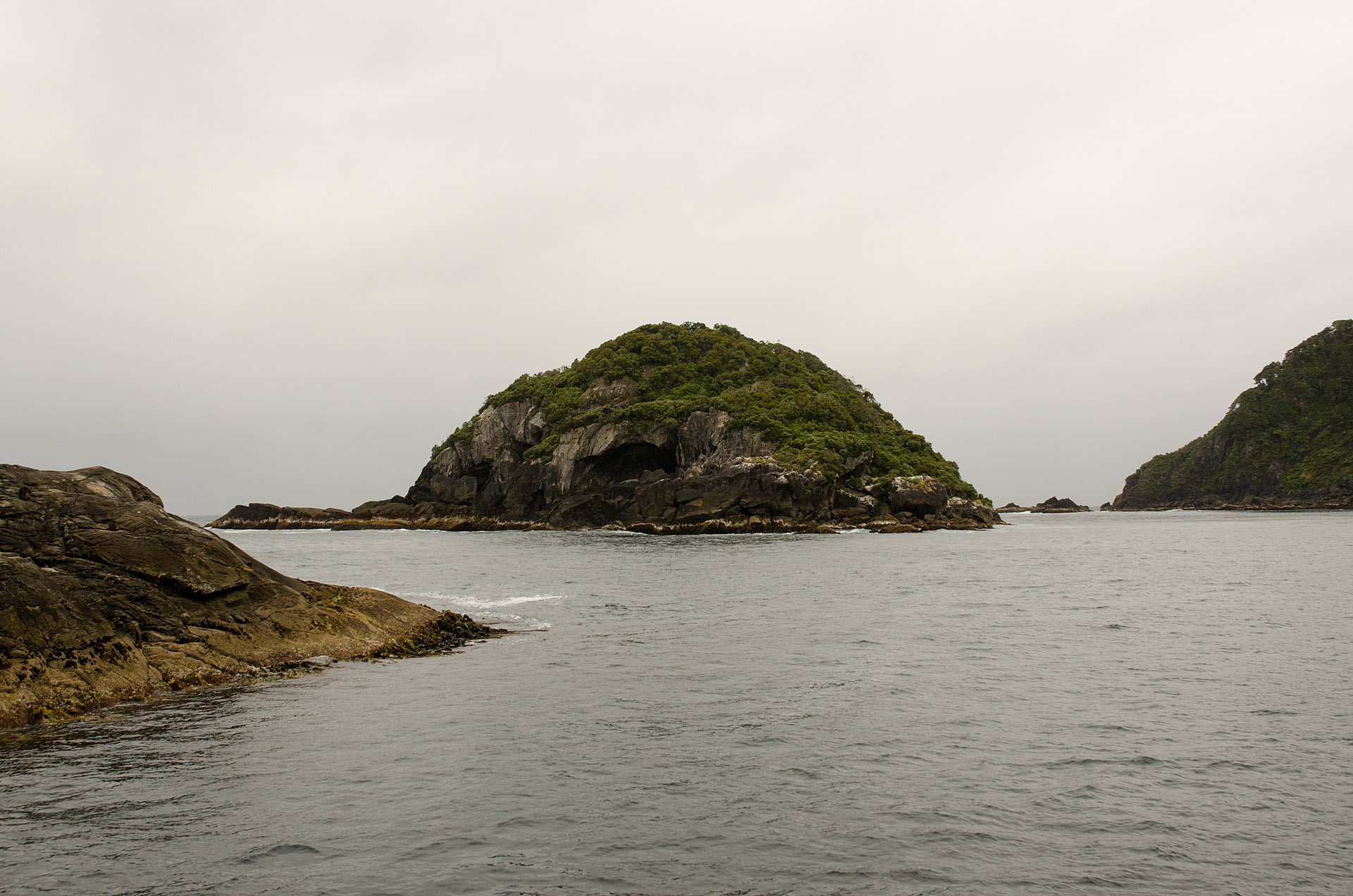 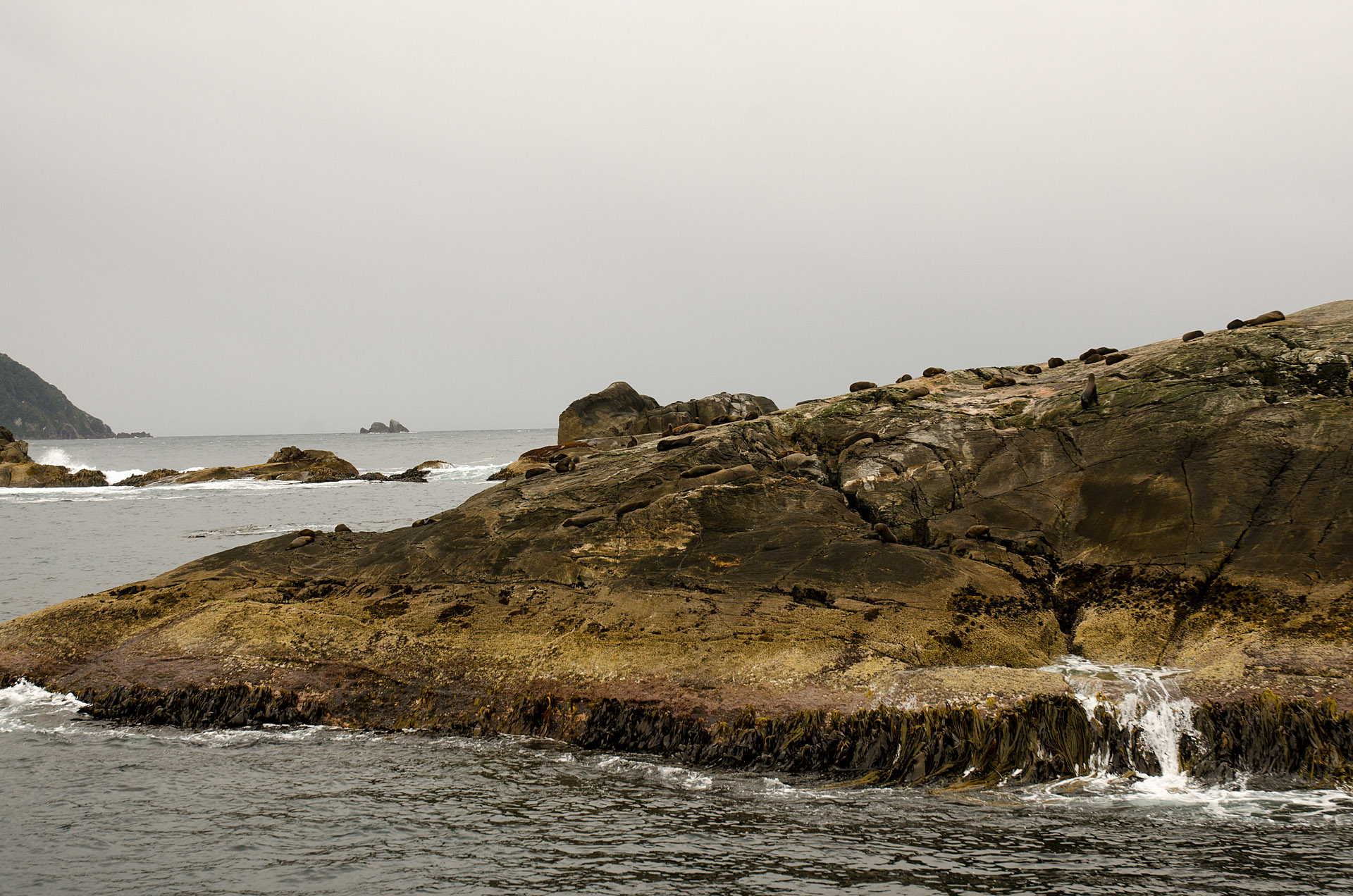 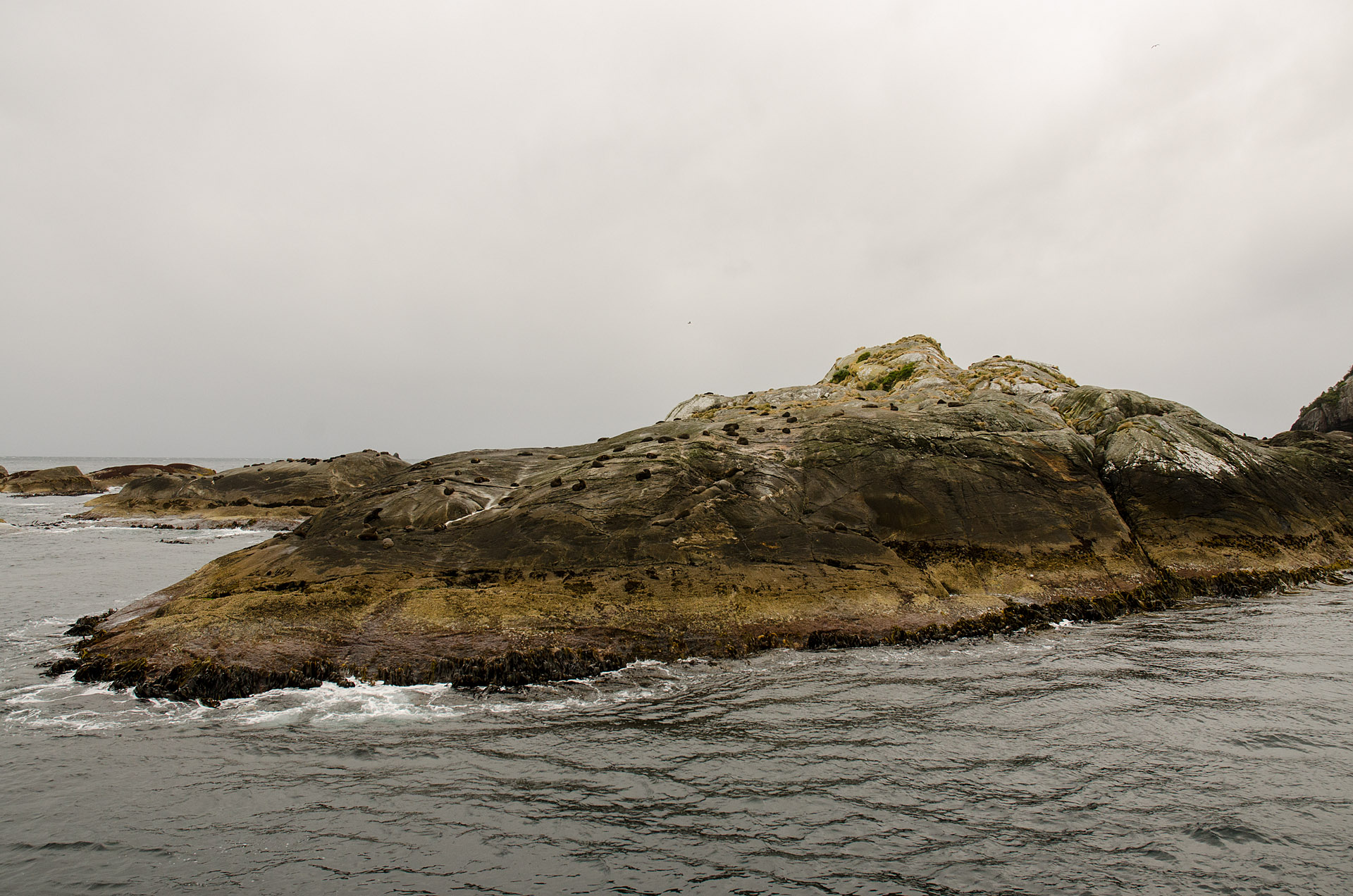 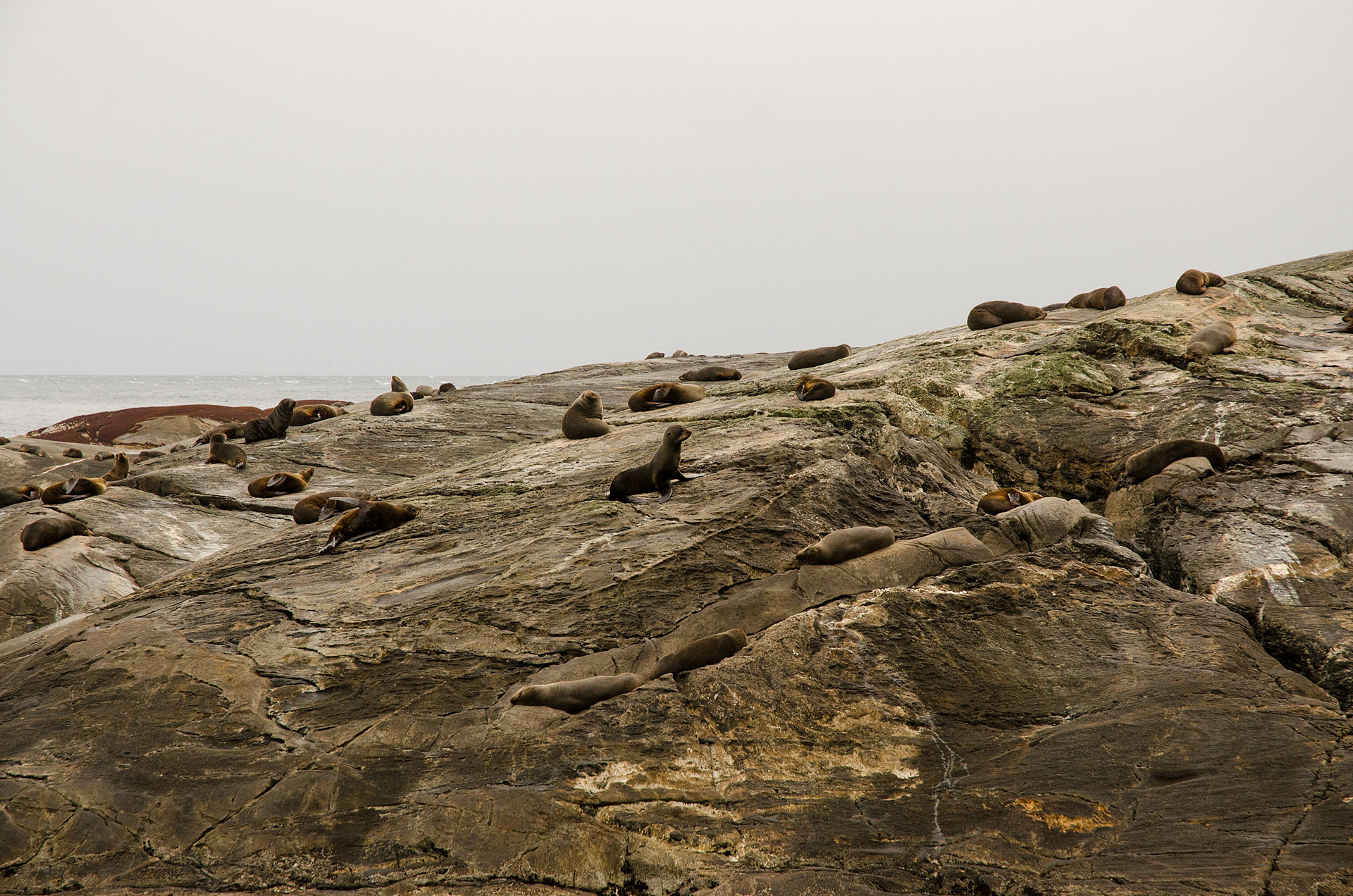 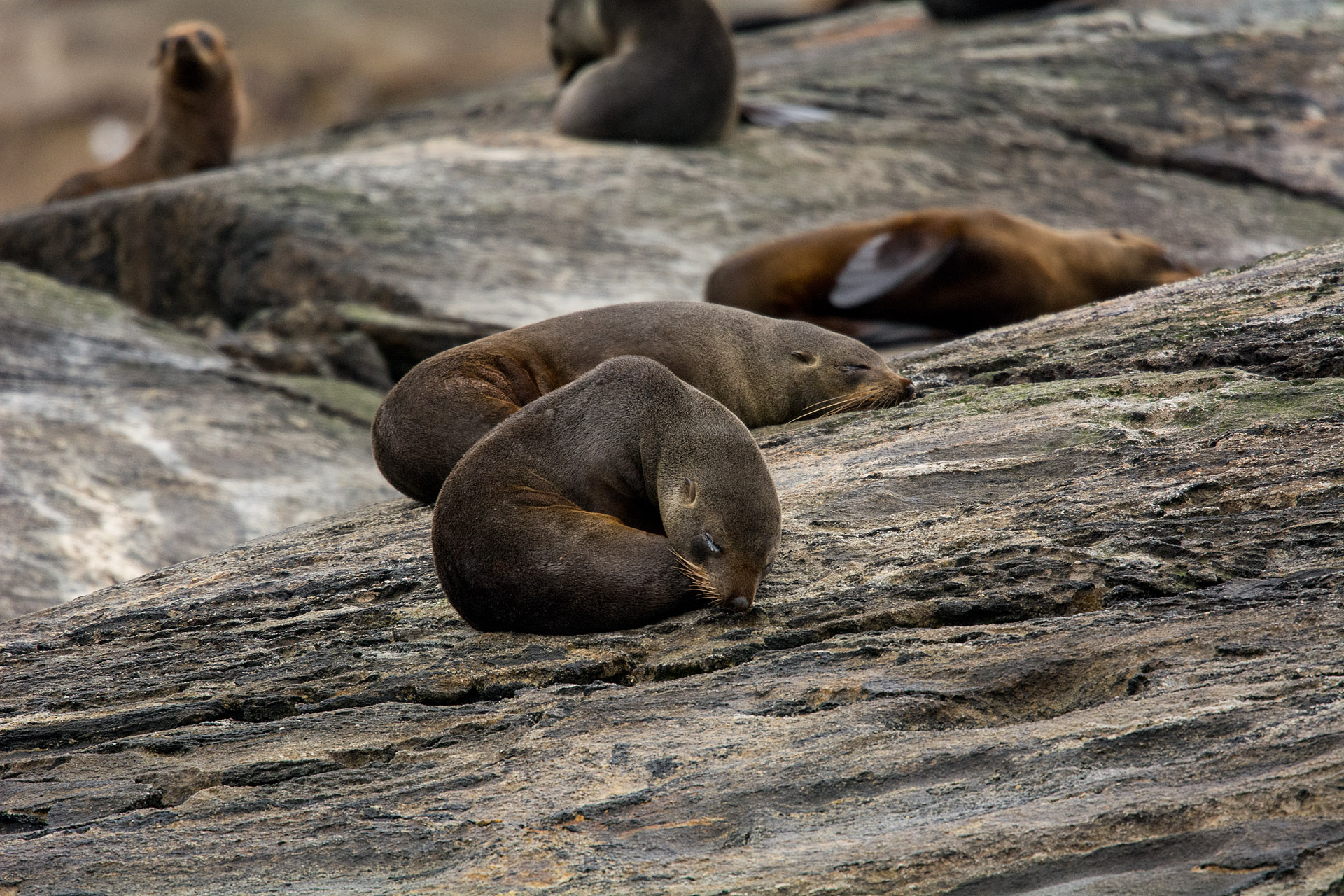 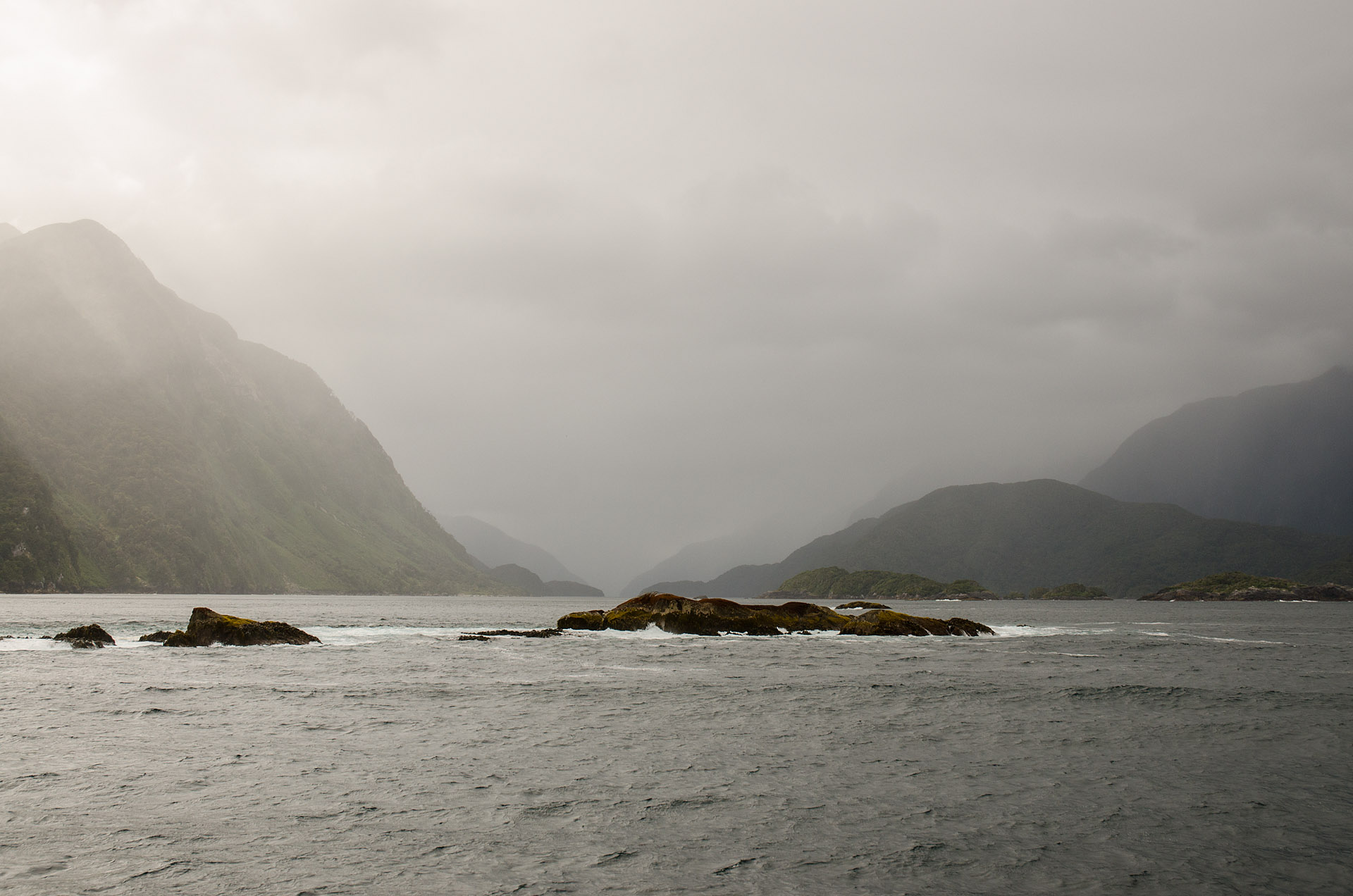 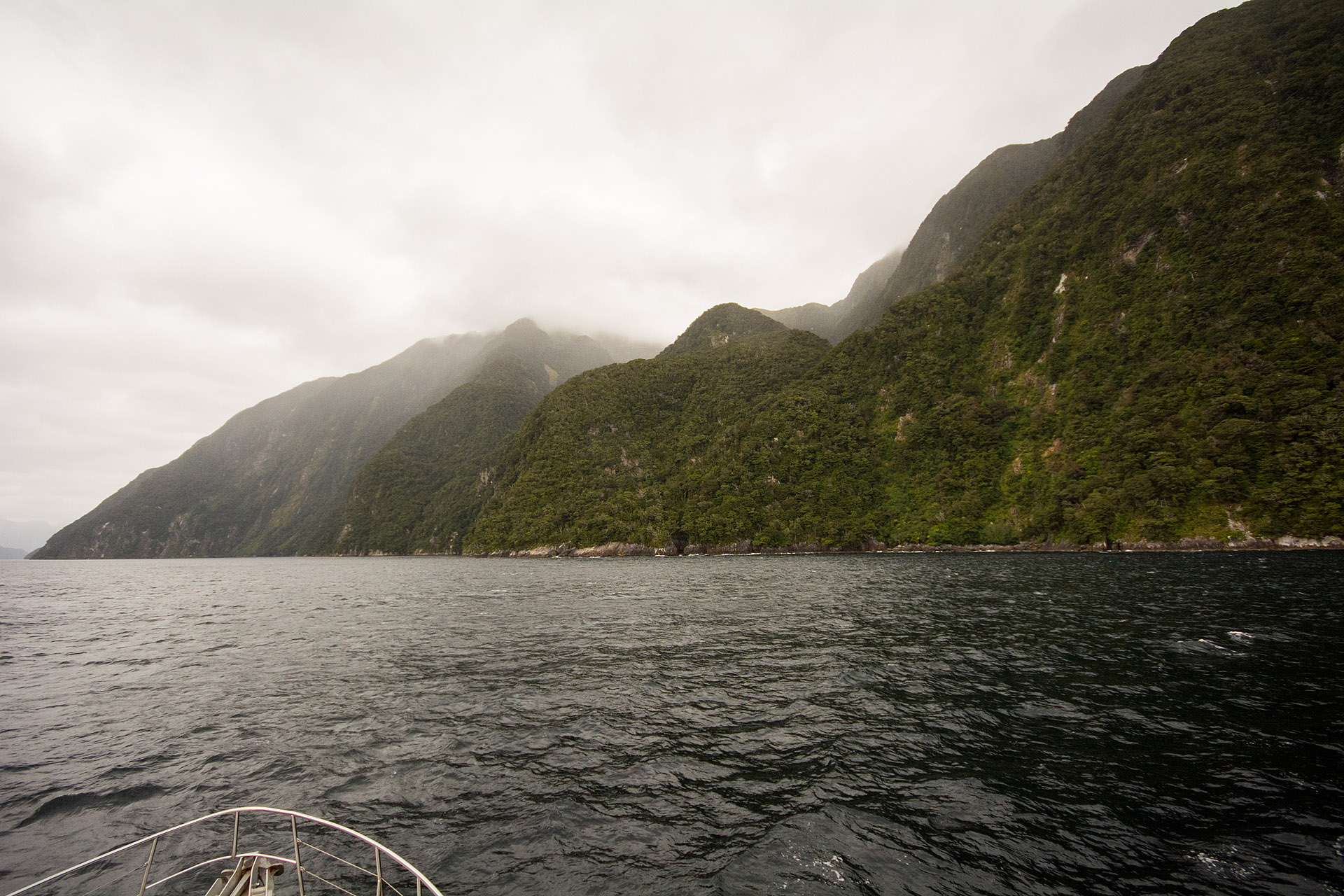 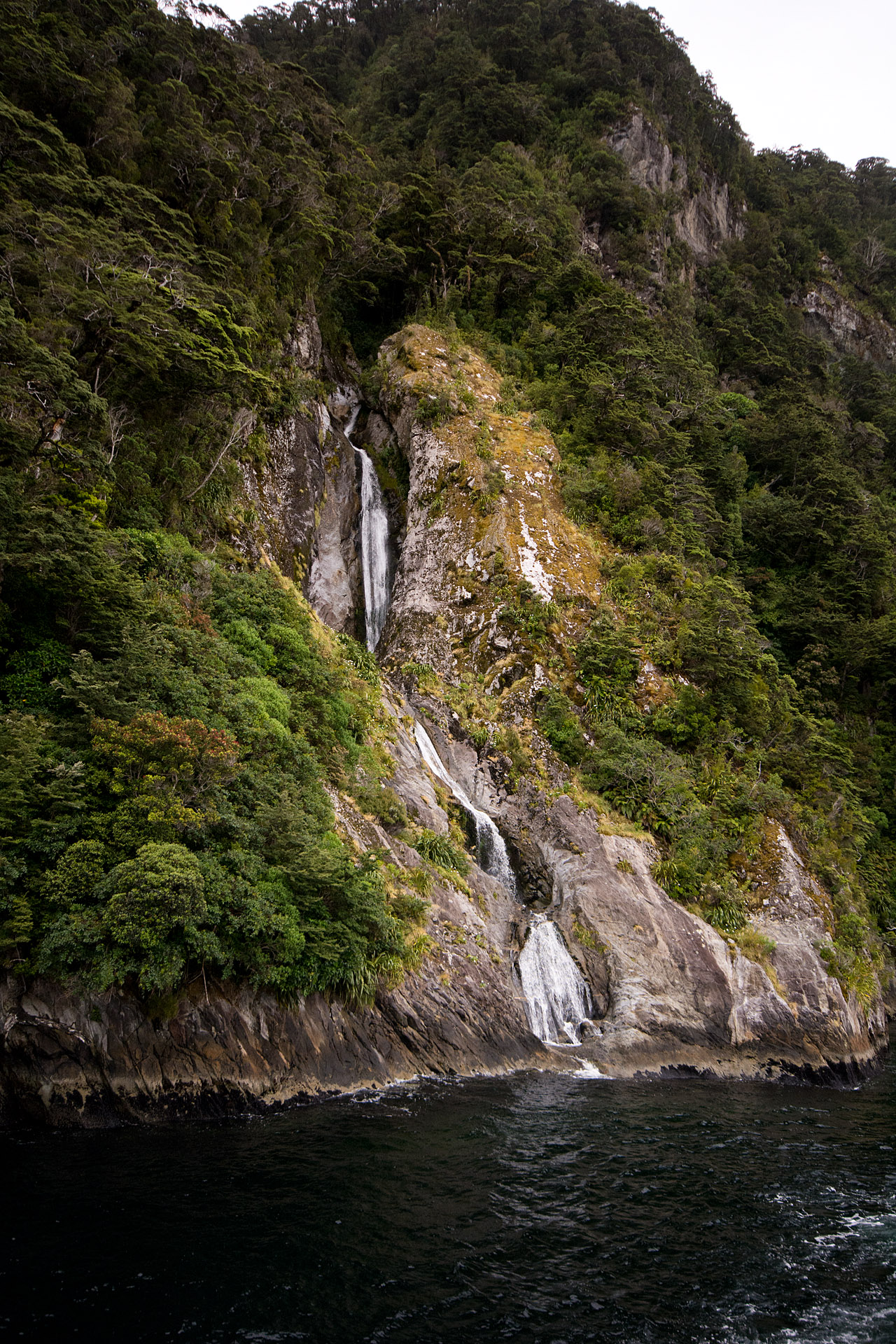 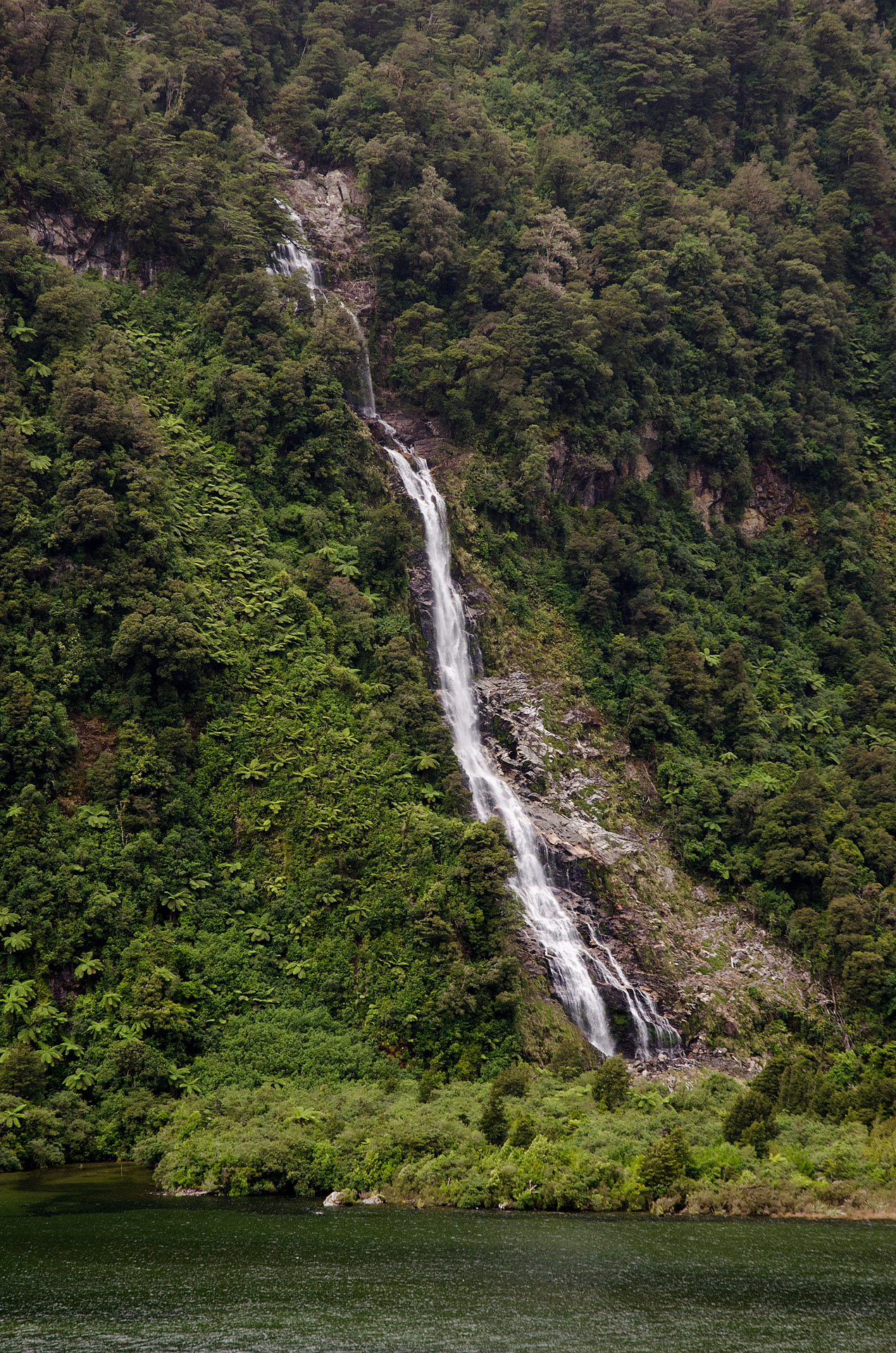 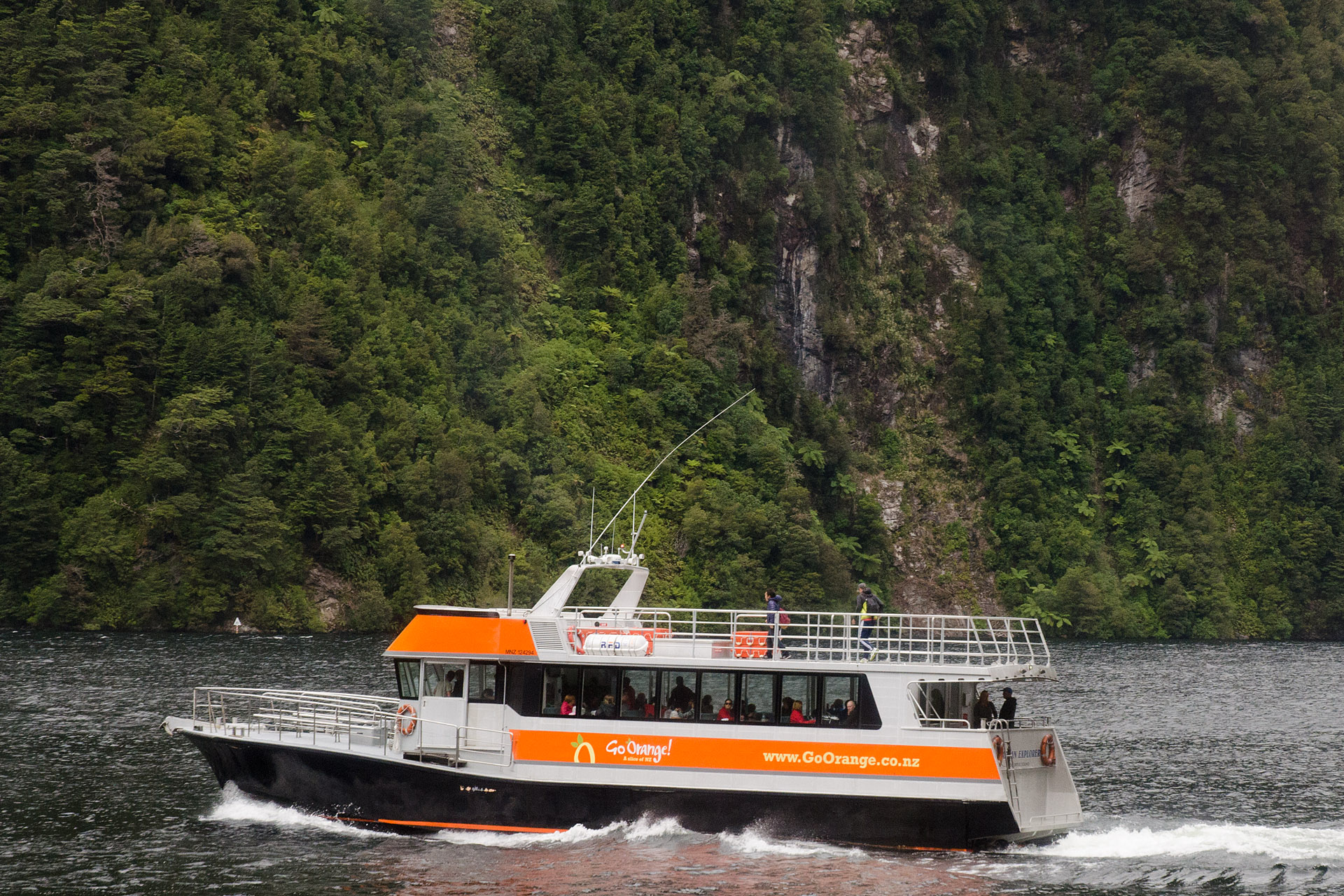