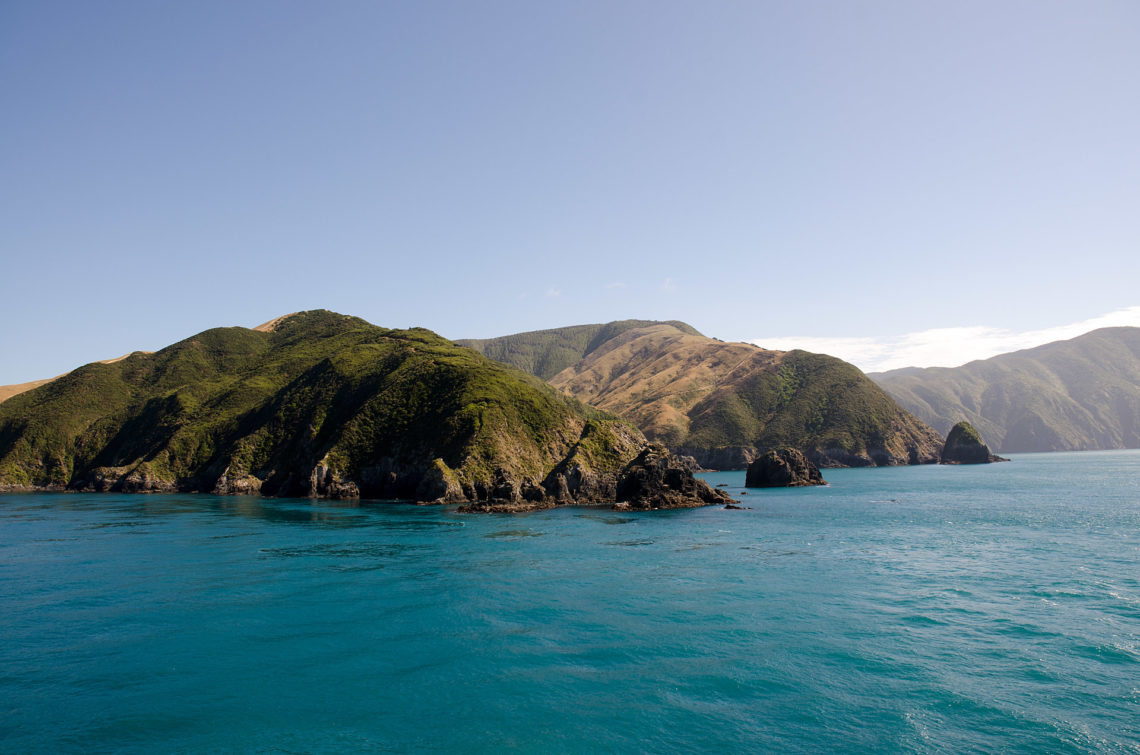 In order to get our campervan from the South Island to the North Island, we had to take the ferry. Jenn had concerns about this trip, since the ferry rides through the Cook Strait are famously unpredictable and can be quite rough. We booked an early morning trip with the Interislander to avoid as much of this as possible, but only so much can be done as the winds and weather change very rapidly in the strait.

The trip across the Cook Strait is considered one of the most scenic ferry rides in the world, and as we pulled out of the Picton harbor on a beautiful, calm day, the views started immediately. Lush, green islands surrounded us and the water sparkled blue-green in the morning sun. We floated by island after island that appeared to have private beaches for a few scattered houses perched on the hillsides, served with incredibly tenuous-looking power lines that stretched between the islands. The houses and landscapes looked beautiful but I suspect there are some challenges to living there. 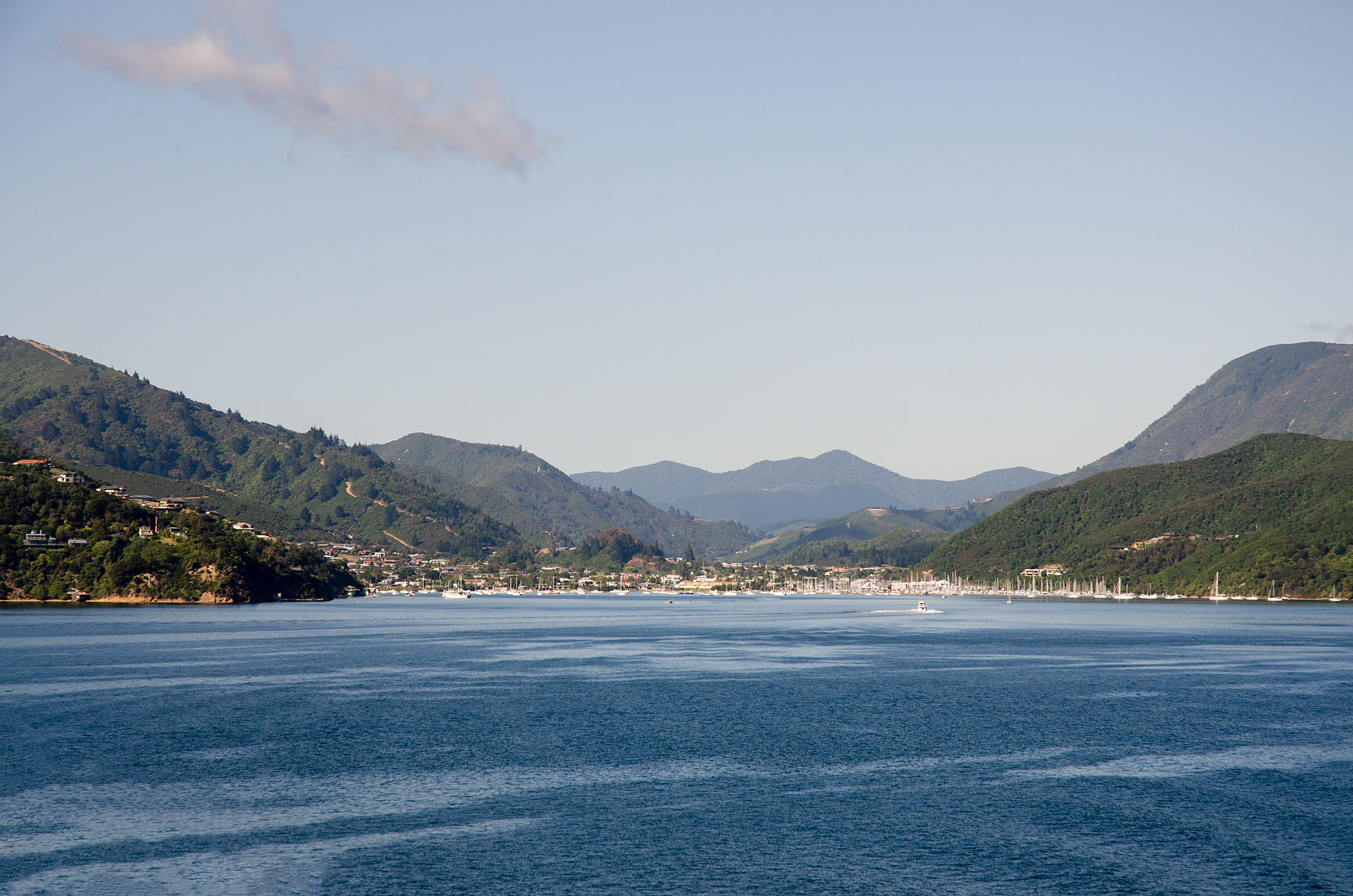 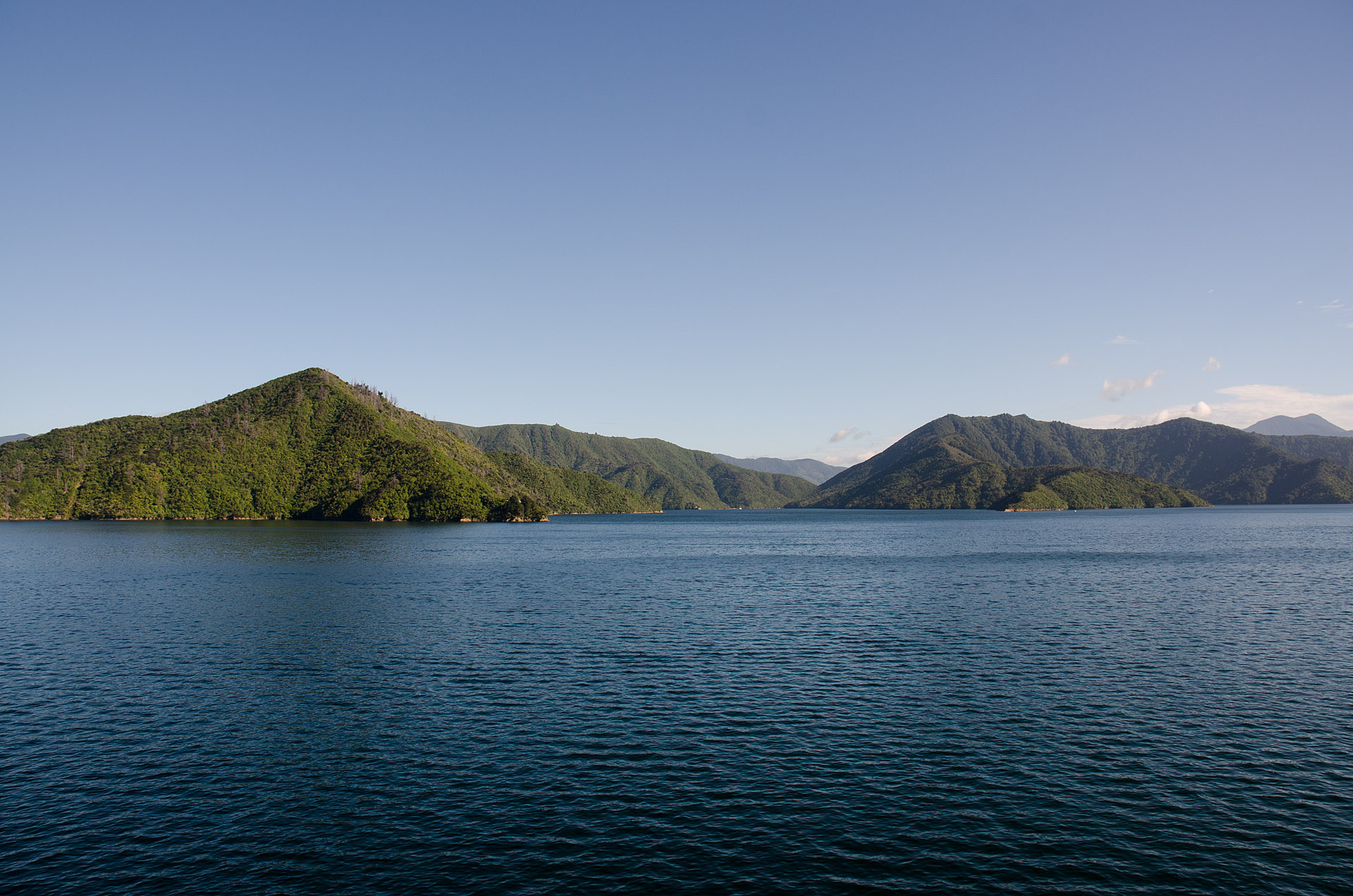 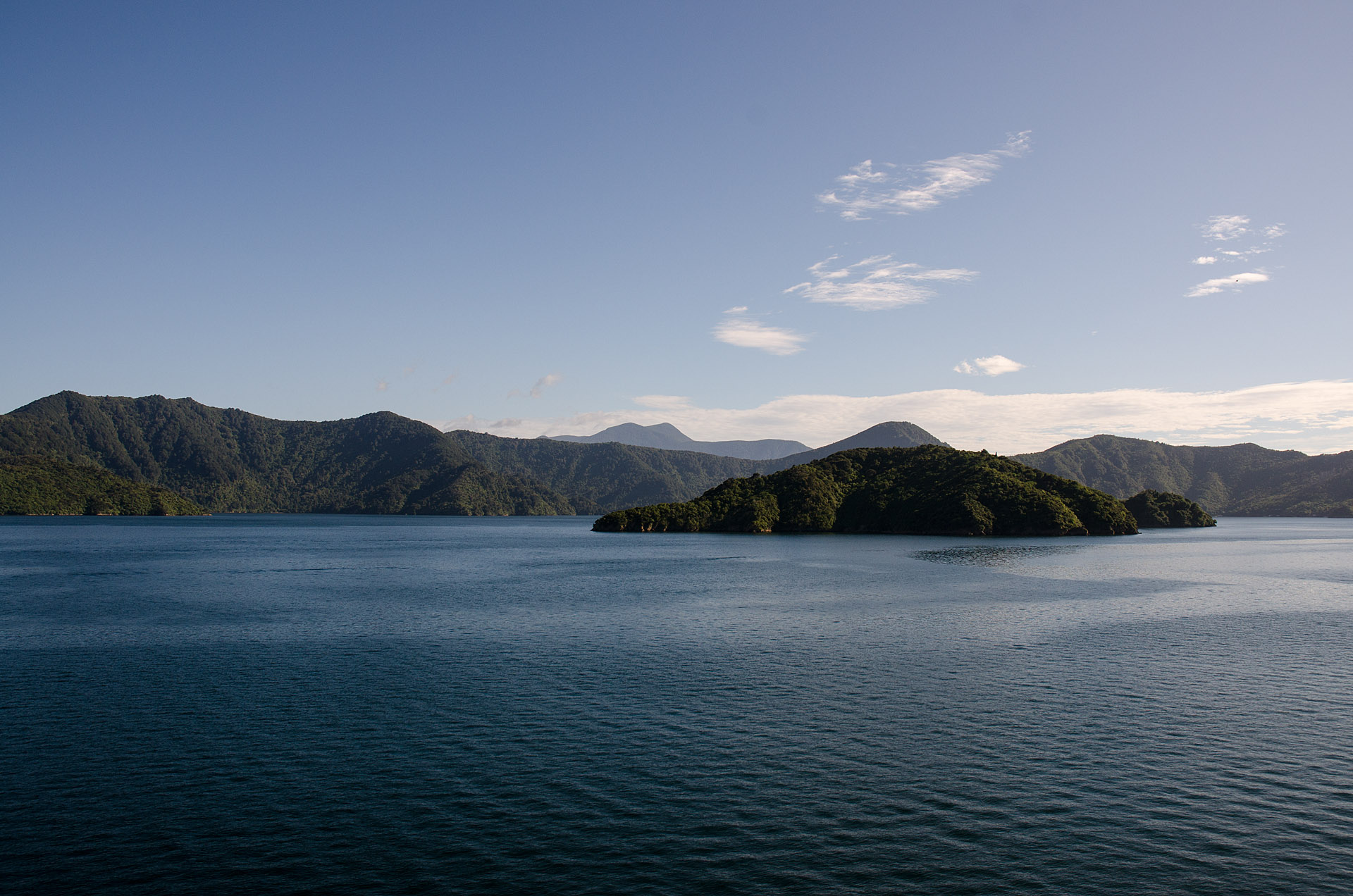 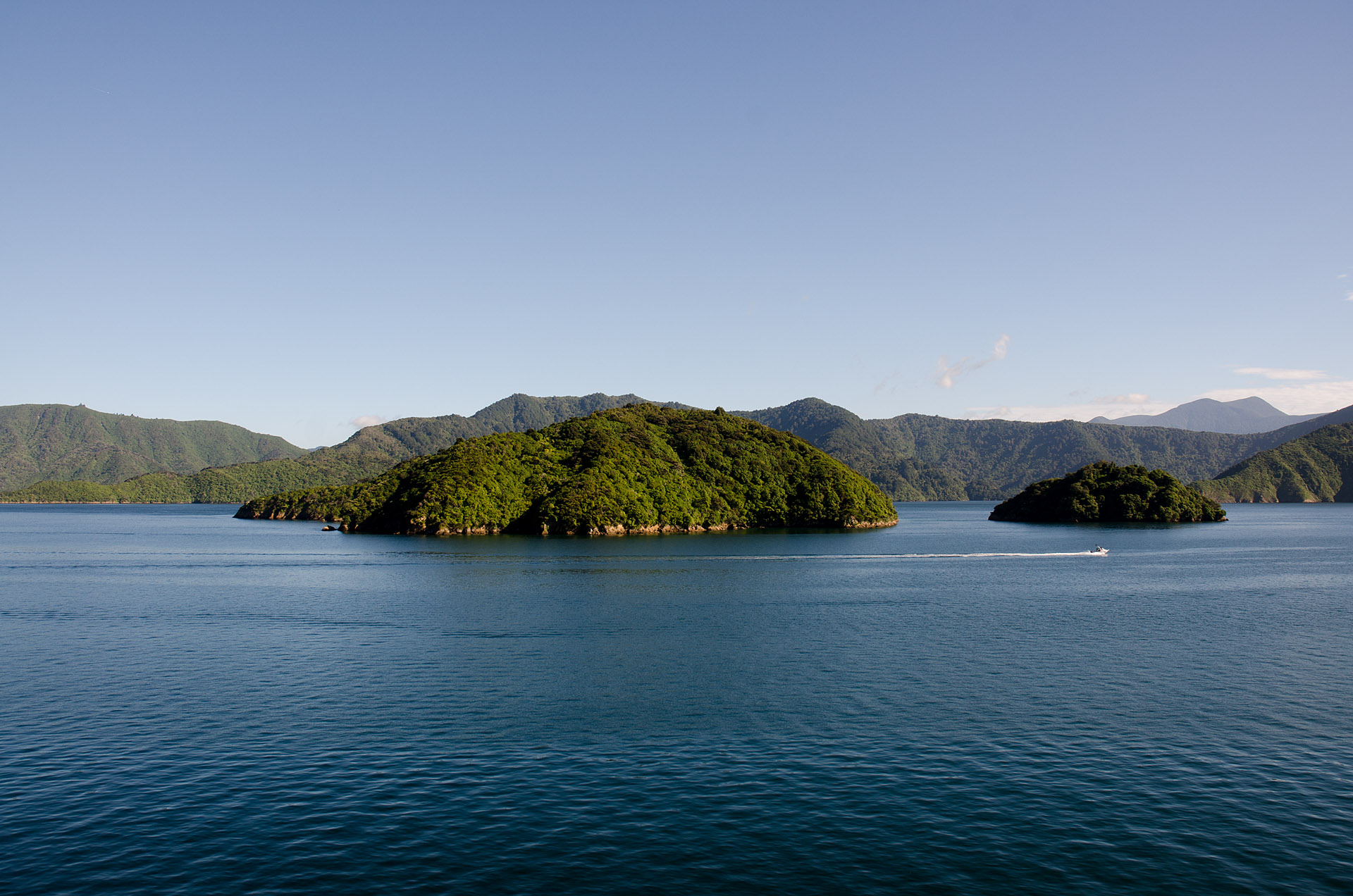 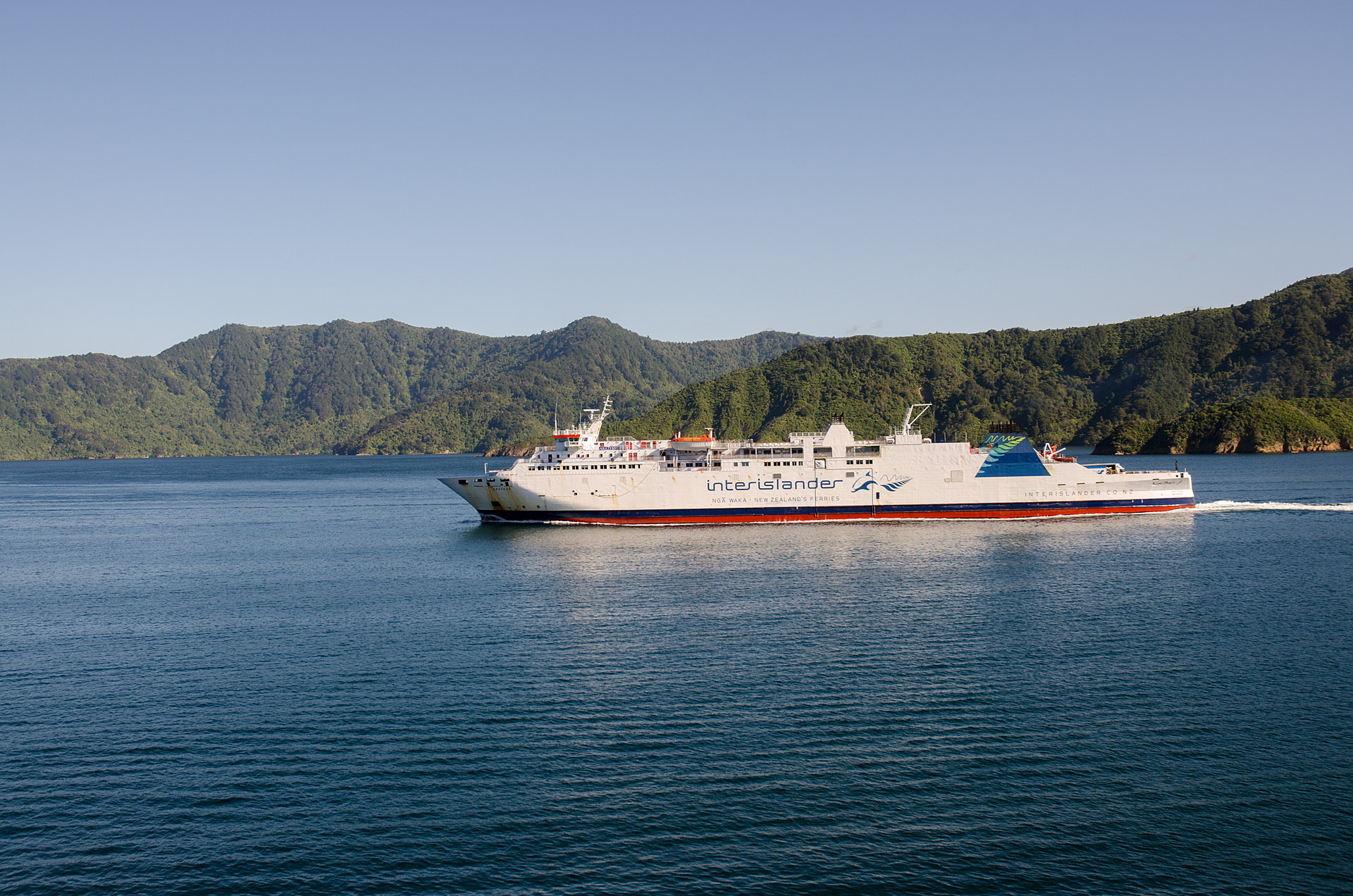 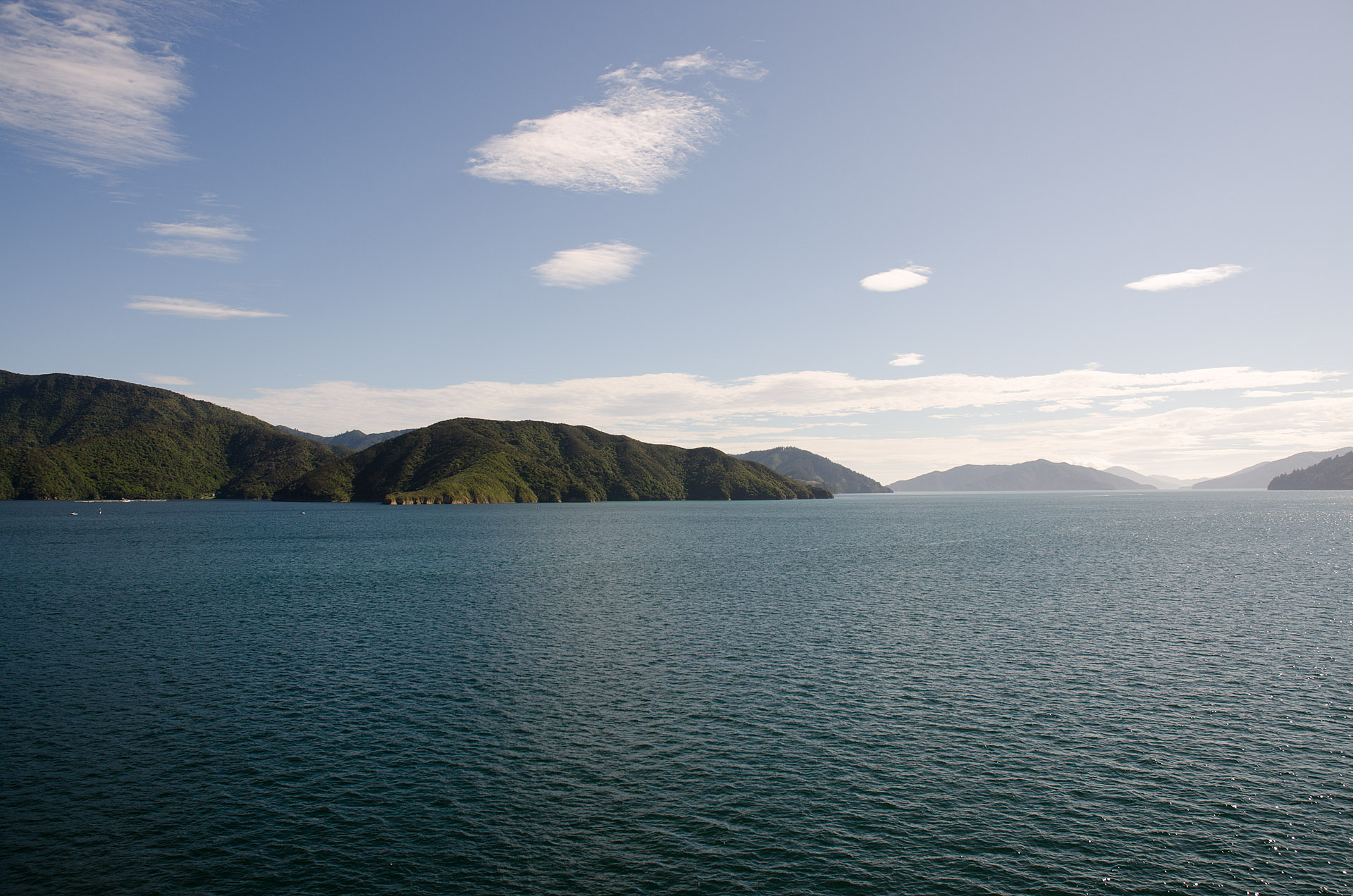 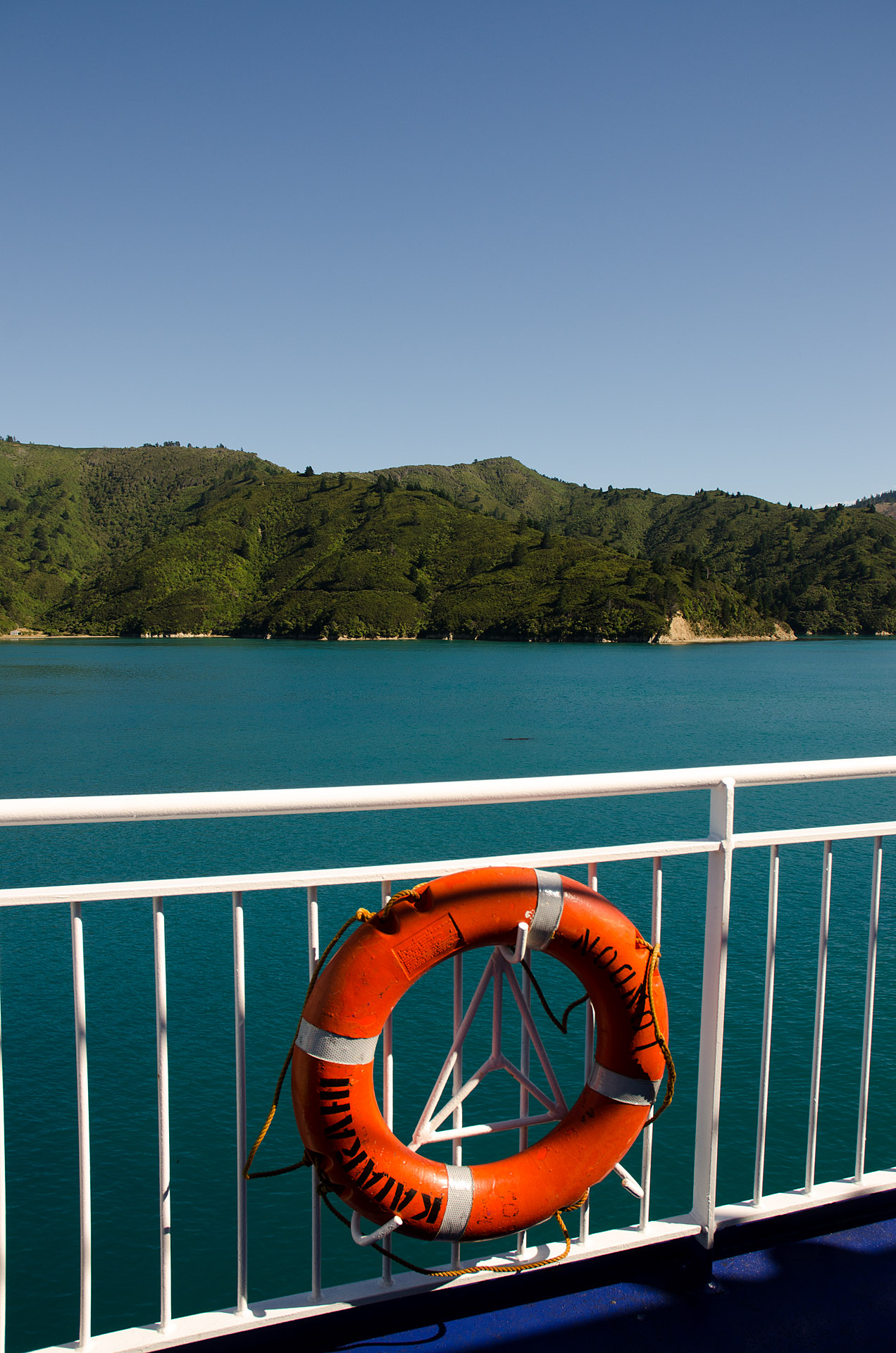 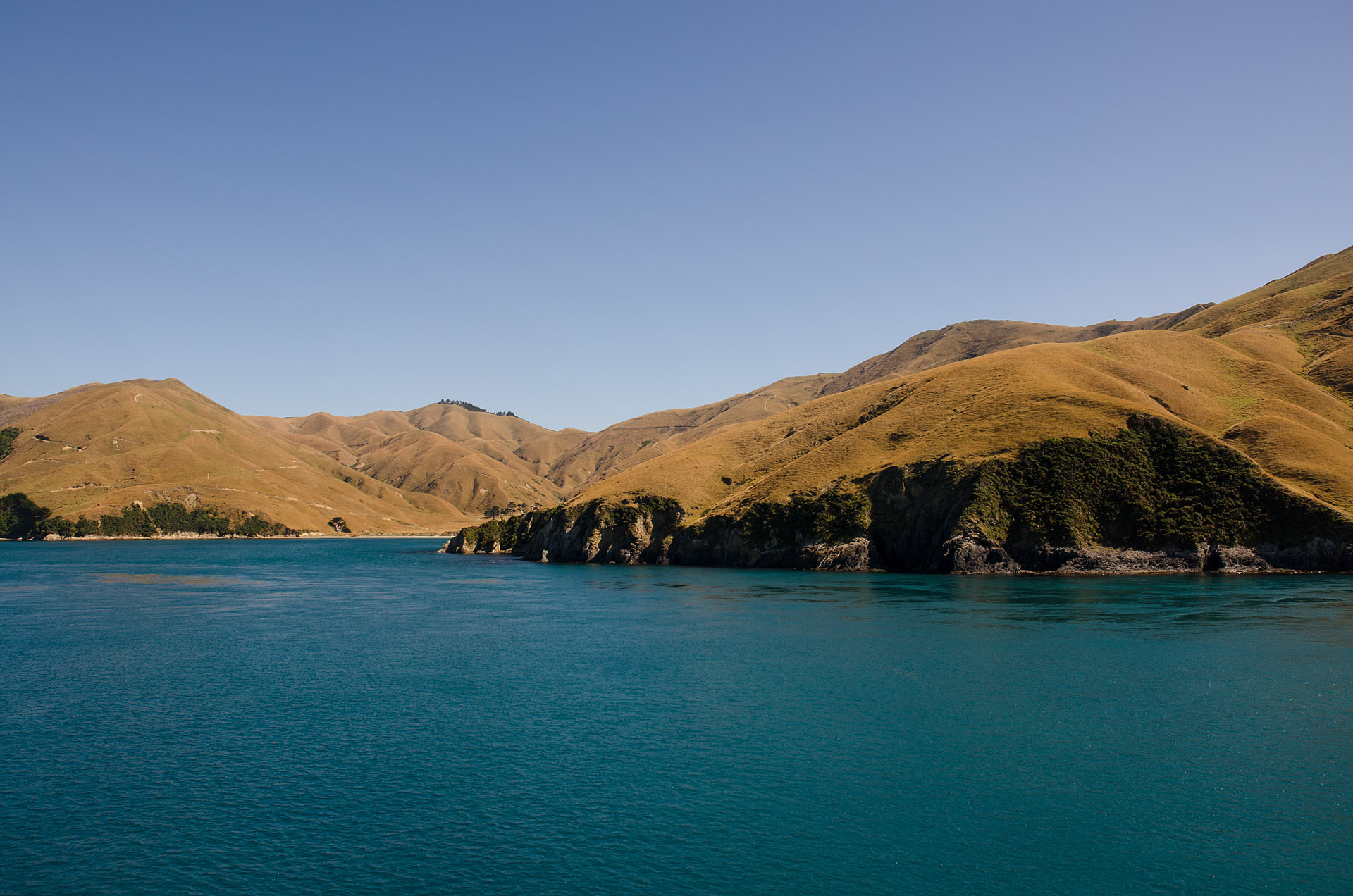 Birds flew by the boat, some fishing in the churned-up wake and some just passing by. My shutter clicked furiously – among them was spotted a Westland Petrel, a Gannet, a Spotted Shag, a Fluttering Shearwater and, finally, my first albatross of the trip – a Buller’s Albatross. We started to reach the end of Queen Charlotte Sound, one arm of the Marlborough Sounds, and made our way into the open ocean, only to be greeted by one last set of dramatic islands with craggy rocks just off the shore. A sailboat drifted by, completing the picturesque scene. 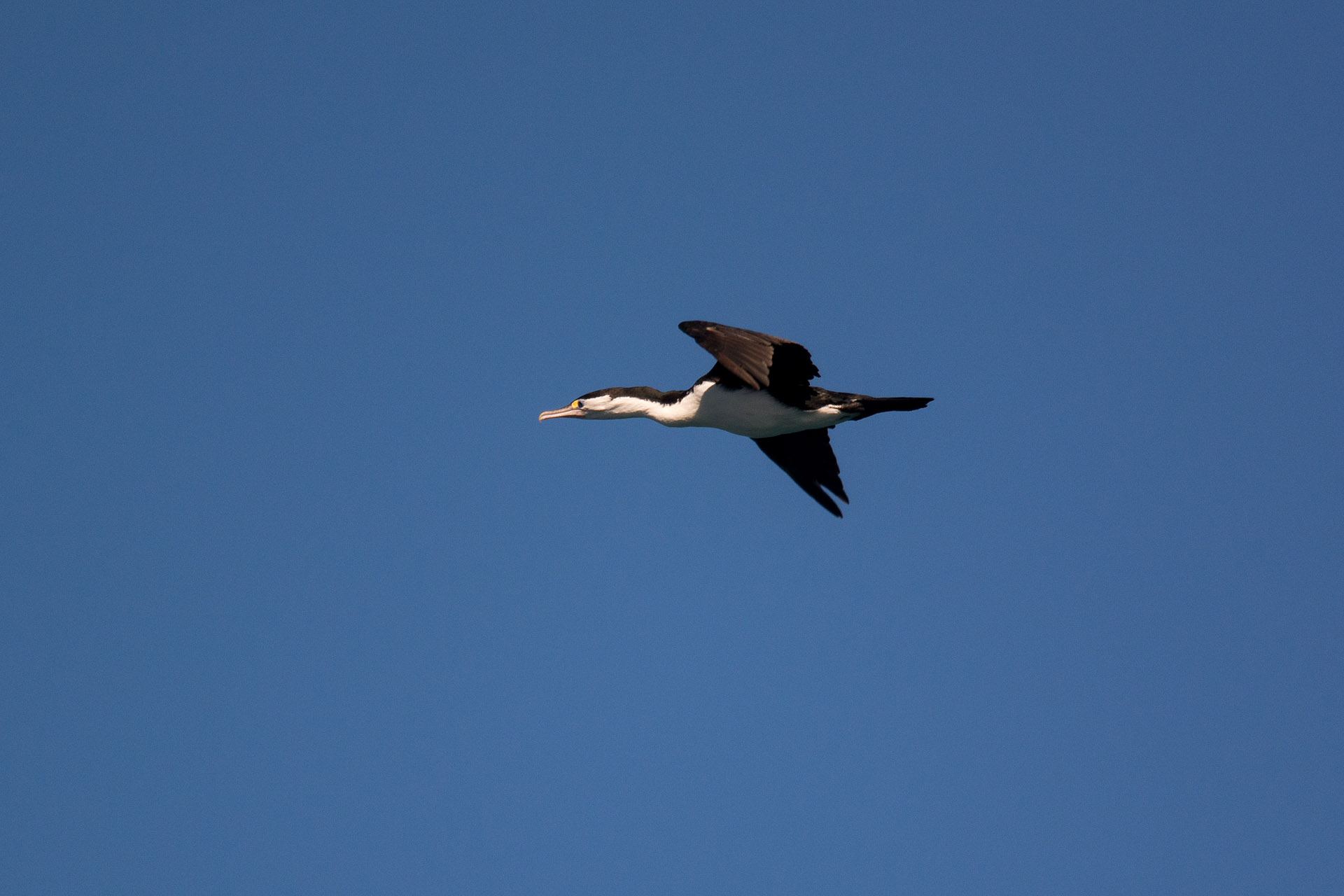 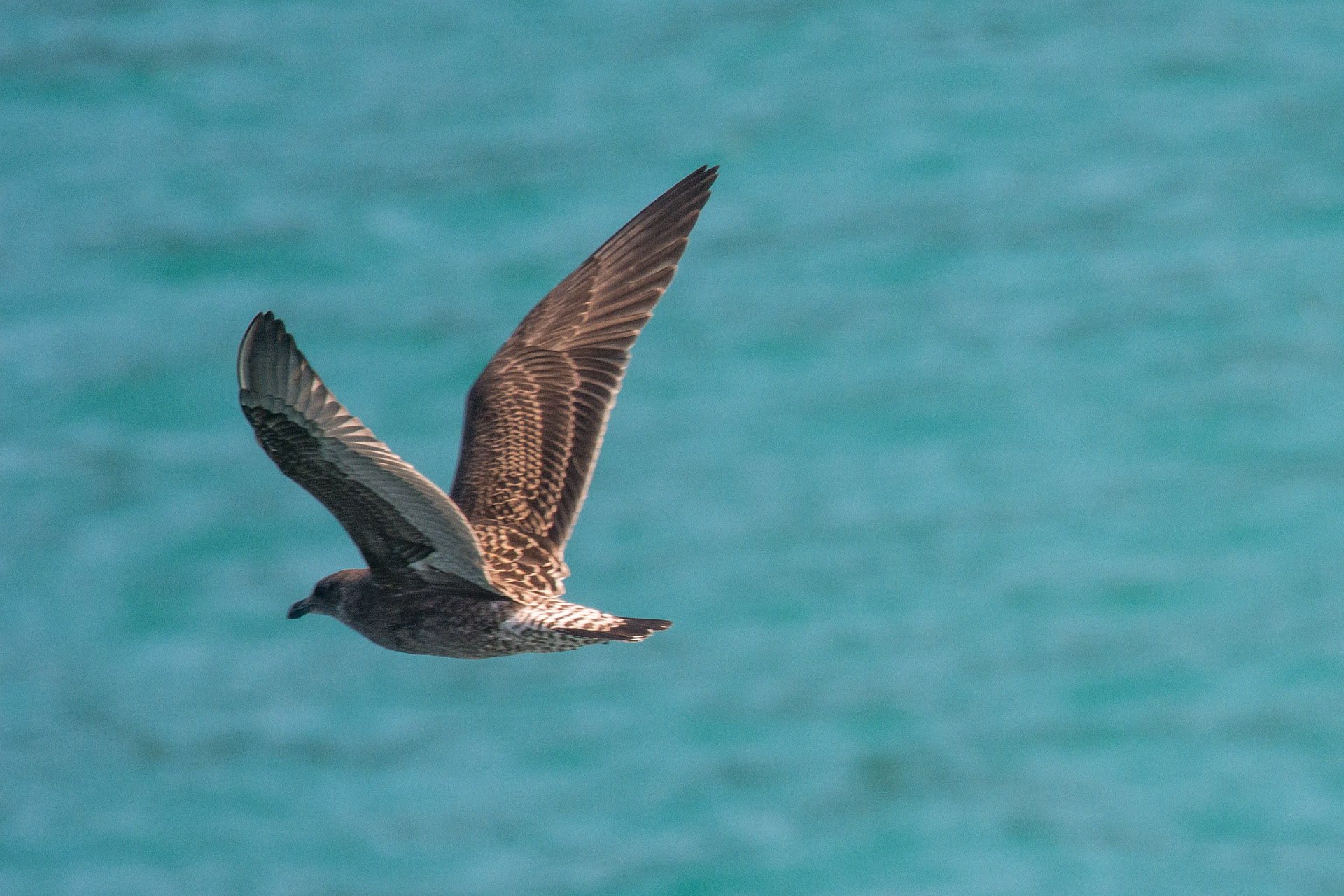 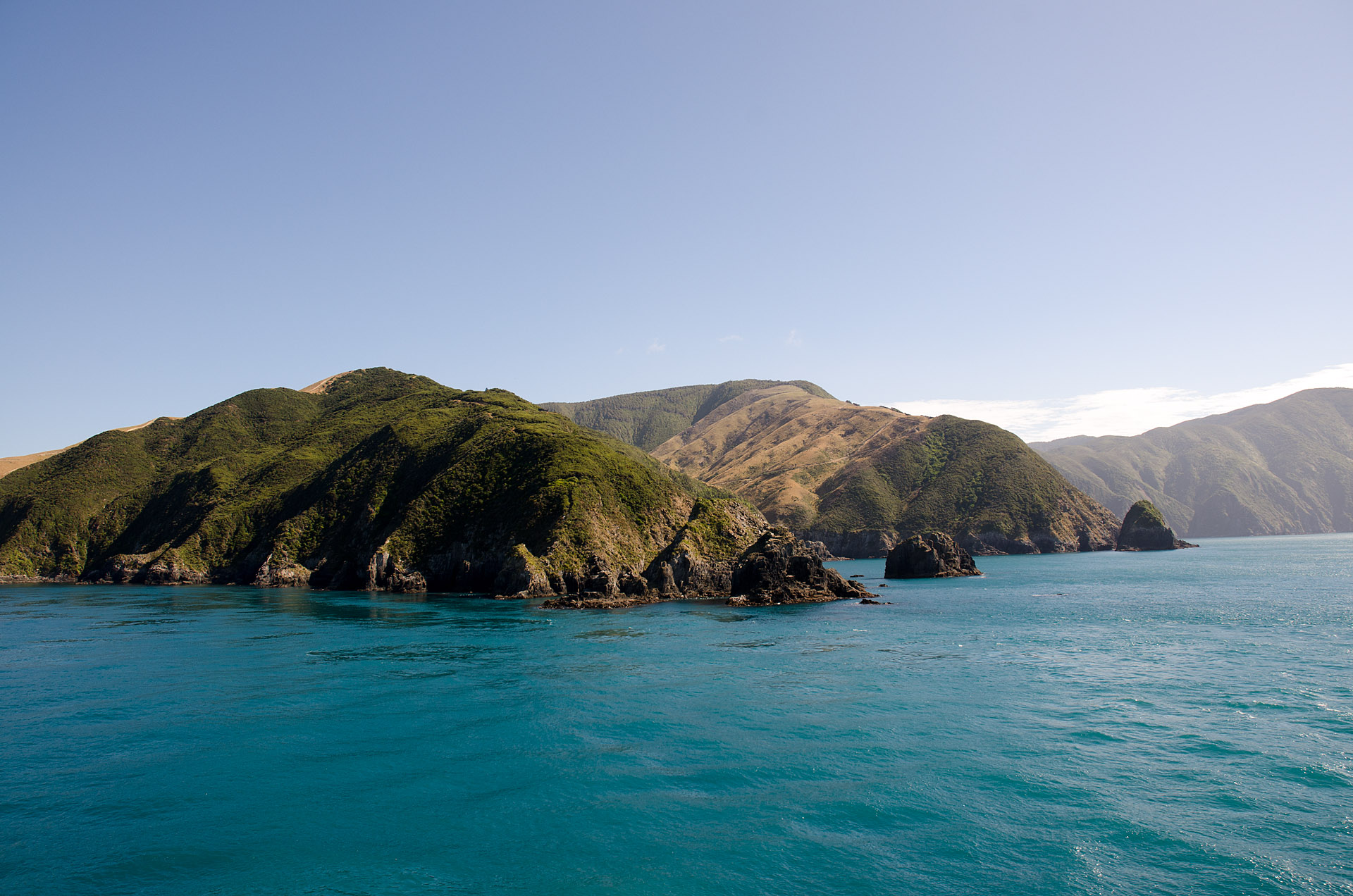 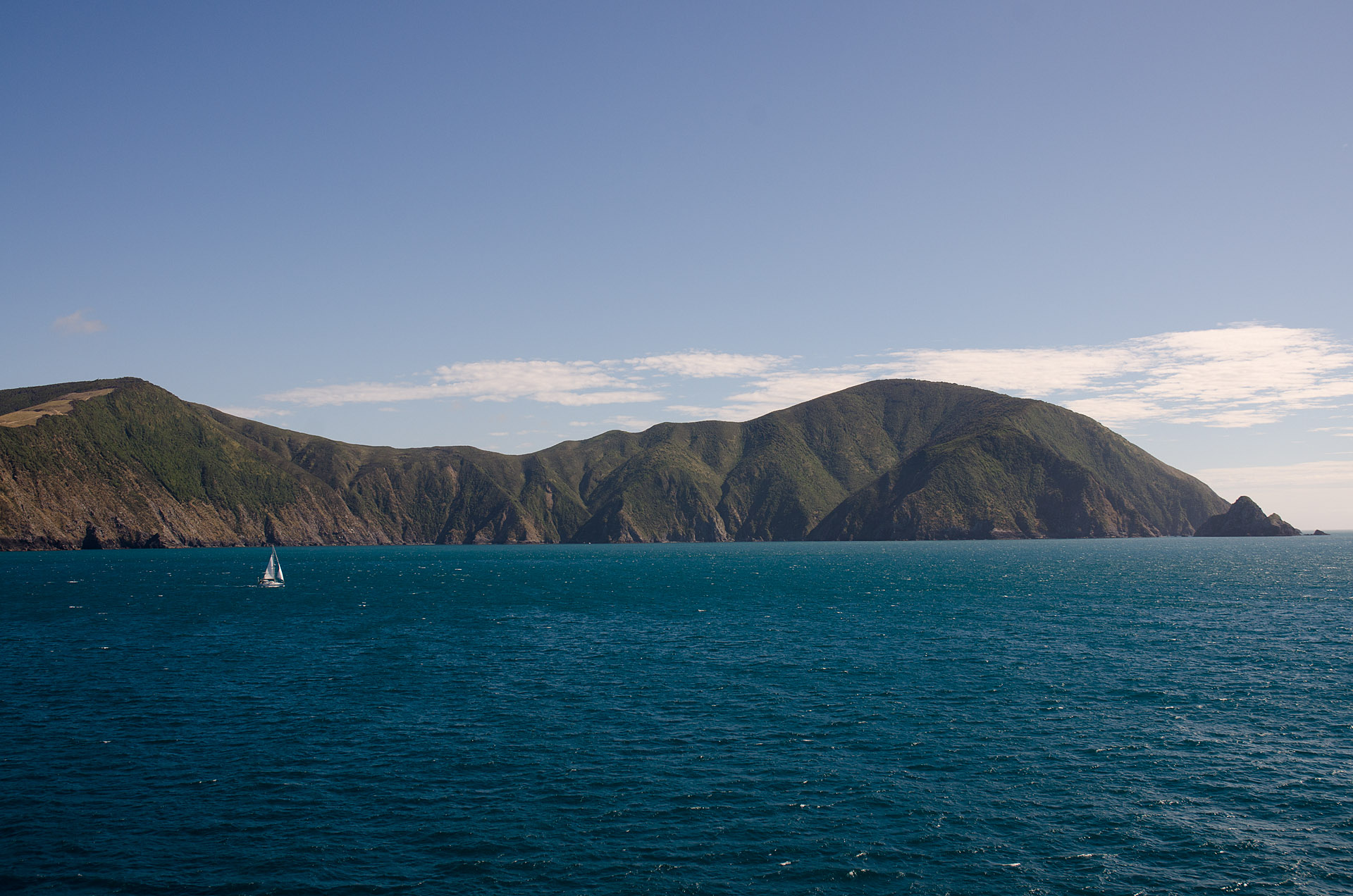 About a third of the ride was in the sound, and as we entered the Cook Strait for the next leg, the wind picked up and its constant buffeting drove us inside. The Cook Strait is the only break between the North and South Island mountain chains, acting as a wind tunnel for the Roaring Fourties, a wind belt named for the line of latitude it inhabits. This wind, combined with the asynchronous tides from the Tasman Sea and the Pacific Ocean, is responsible for much of the rough waters that ships often encounter. However, on this day we experienced only light winds (relatively speaking) and calm seas all the way to Wellington – an unexpectedly enjoyable ride and seemingly not very common. 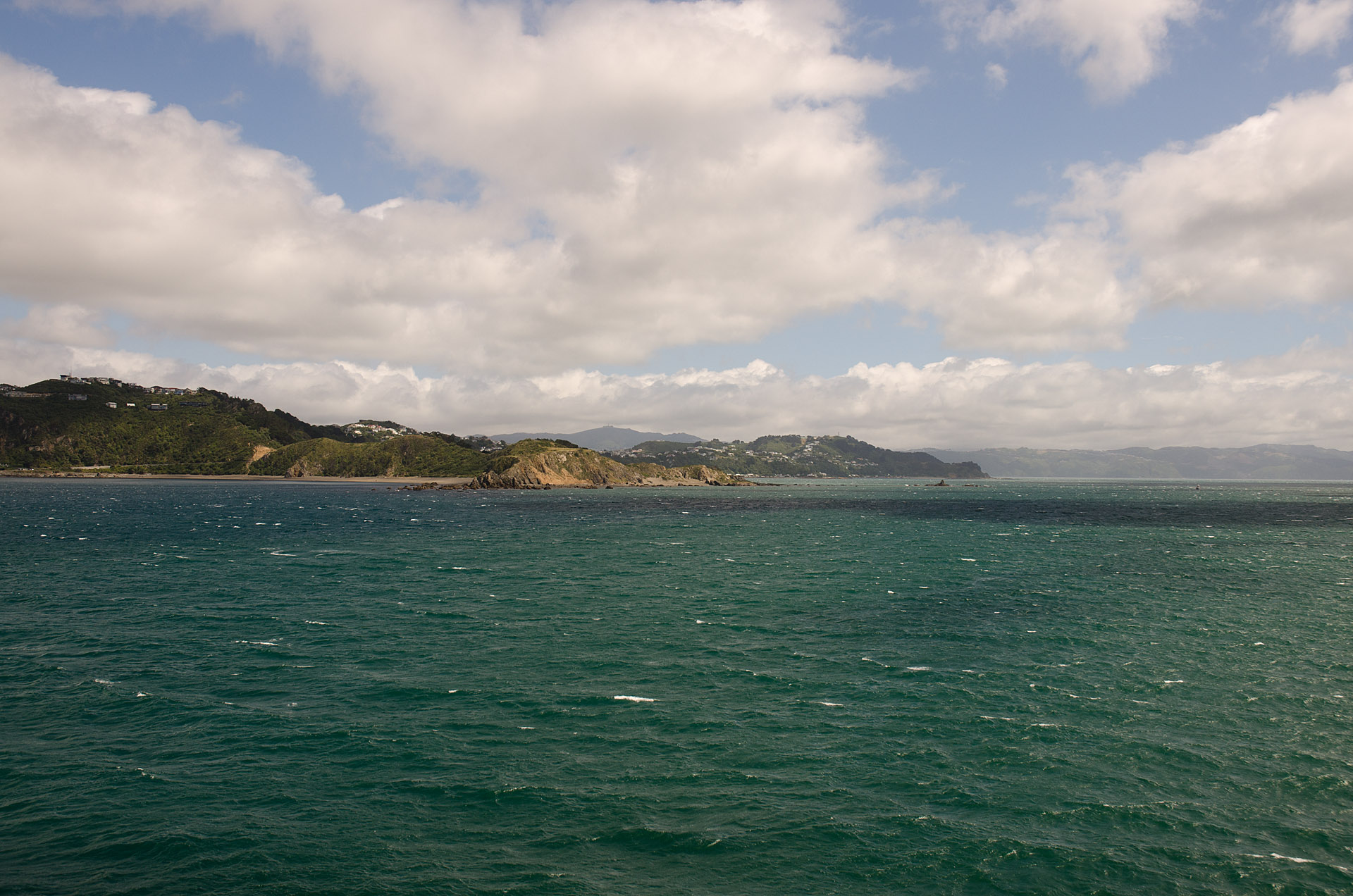 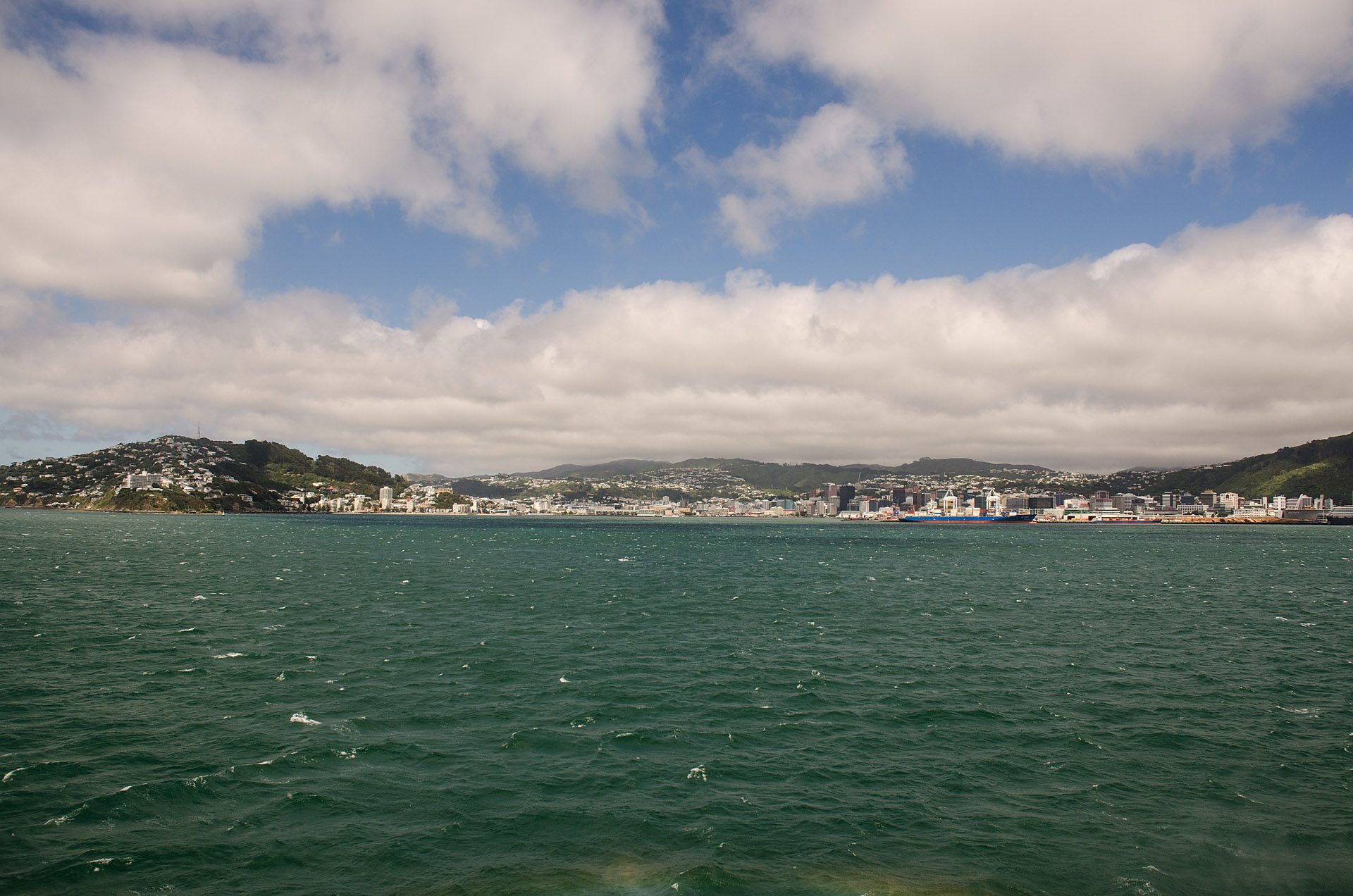 One last interesting fact: the Cook Strait is home to an enormous canyon starting around 7 miles off the coast, which reaches a depth of over 9,000’. It’s one of the largest such canyons in the world, and some studies are currently underway to see how much of a threat the enormous underwater landslides – some more than 2 cubic miles large – pose to the surrounding coastal communities. 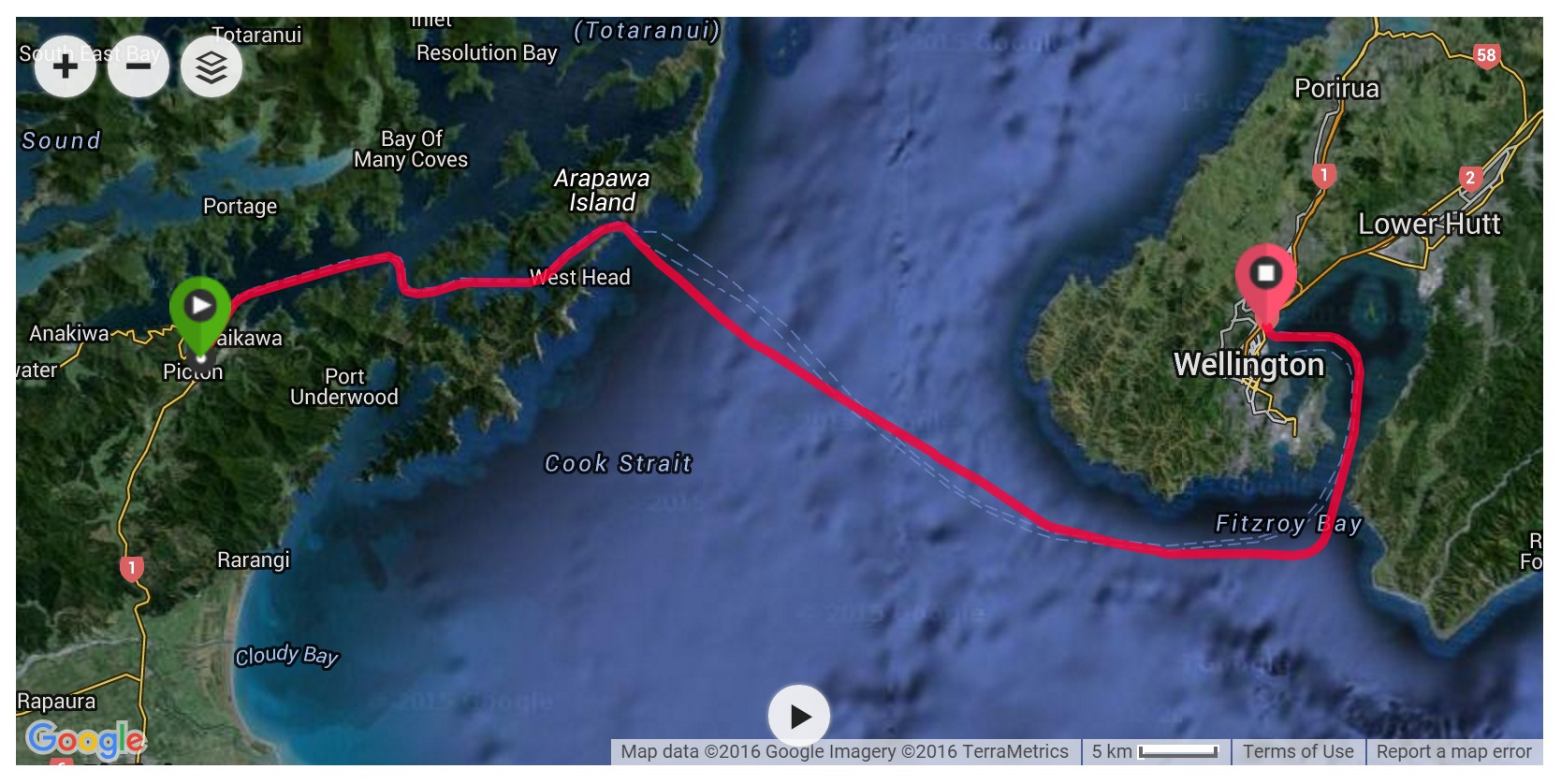