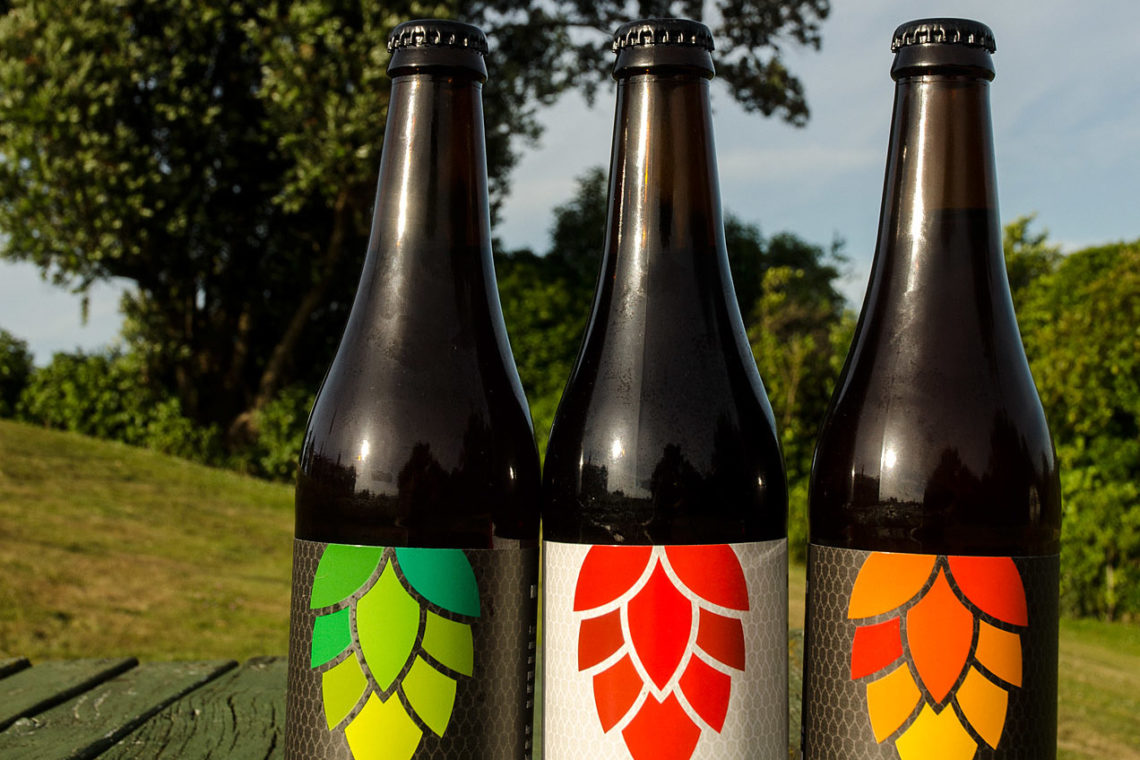 Naturally, there could be no travel without trying foreign beers. While driving to Abel Tasman, we found ourselves driving through hundreds of acres of lush, green hop plants, and we found out that Nelson and the surrounding region is the center of all hops grown in New Zealand. It seemed only fitting to do a beer tour while we were in the area.

While perusing the list of local breweries, we found many to be lacking any focus or specialty in IPAs. When we found the menu for Hop Federation, though, I knew we had a winner. We were not disappointed – the guy behind the bar chatted with us at length about their short time in business, the local hop farmers and the craft beer scene in the area. Their beers were outstanding and he refused to let us pay for our tasting. We left with seven new beers tried and two more in-hand. Their red IPA and west coast IPA are both stellar. 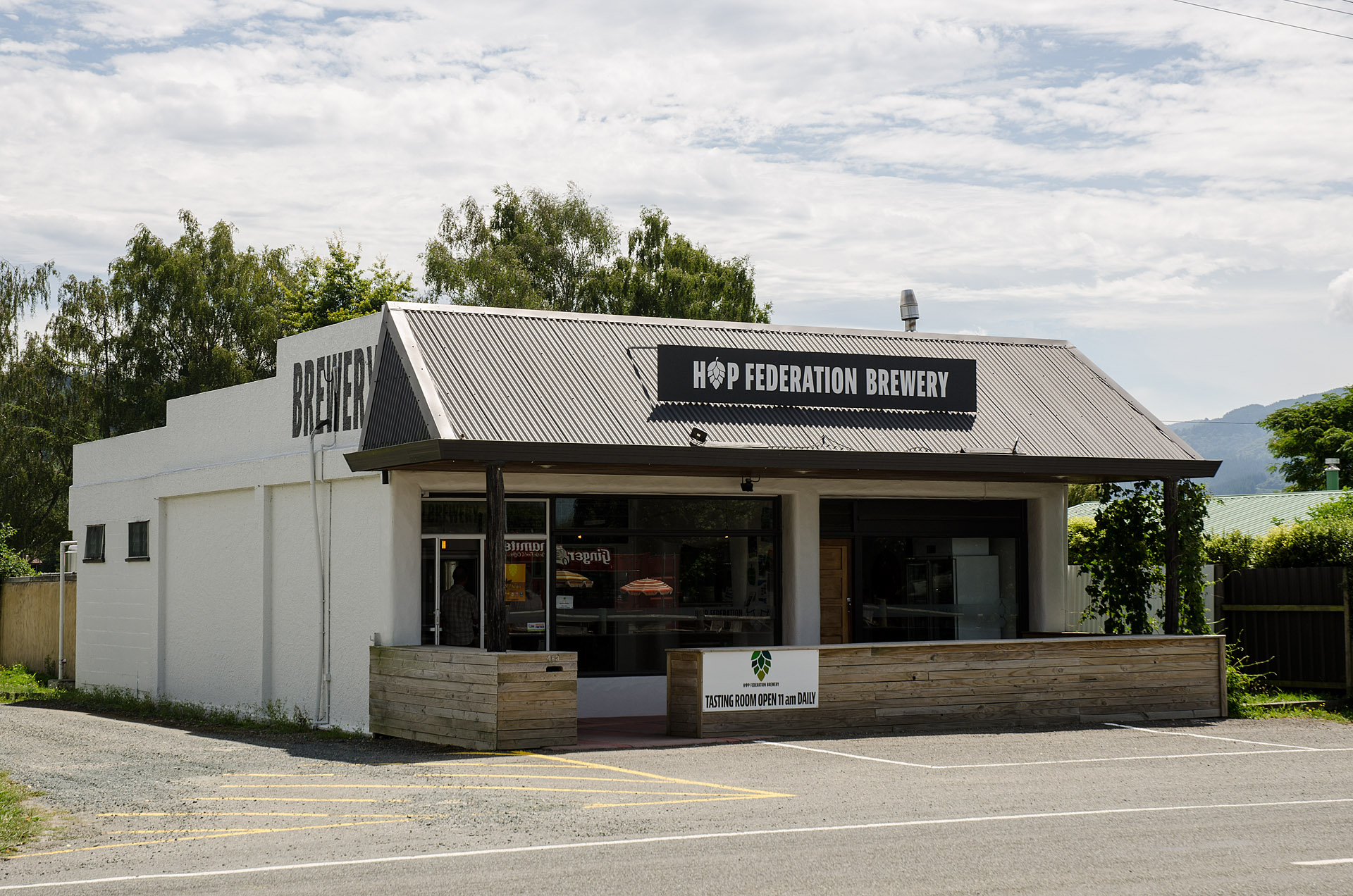 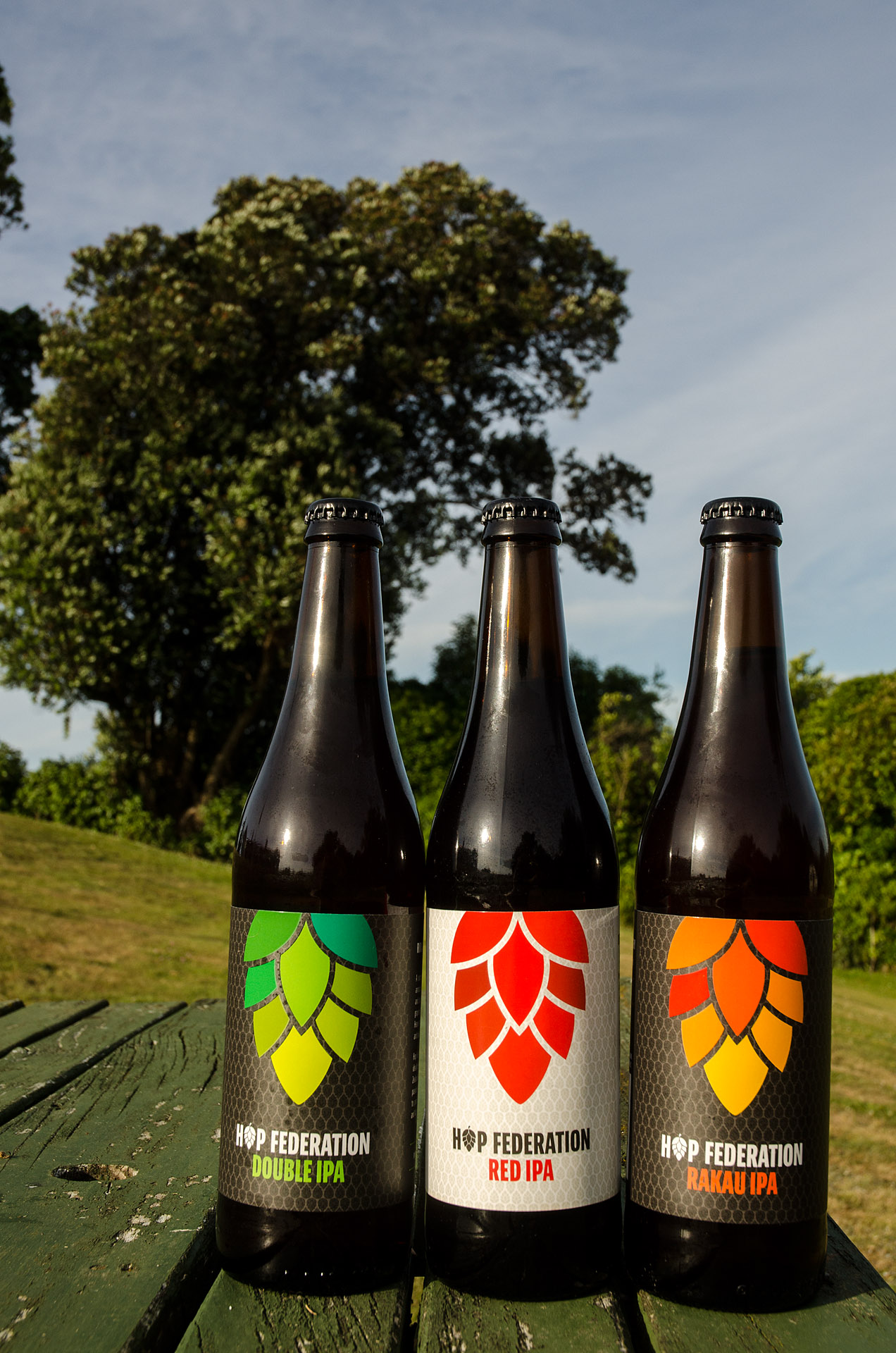 One of the places Jenn stumbled upon while looking for local breweries was a craft gin distillery which had a specialty of single-hopped gin. We found ourselves in an industrial park, and located the sign for Liquid Alchemy at a small, nondescript-looking entrance in the back of one of the buildings. We were greeted warmly by Jürgen, one of the owners, who asked if we wanted to know how he makes gin – or, as his German accent pronounced it, “chin.” With our agreement, he launched enthusiastically into a detailed and passionate lecture about how gin was made, the equipment he uses, the ingredients he experiments with and let us taste the various stages (“cuts”) of his distilling. He broke into two special barrels of whiskey for us – much to Mary’s surprise, his significant other and co-owner – a boisenberry whiskey and a hopped whiskey. He set out samples of all of his hopped and classic gins, and then started pouring some of the other liquers they’ve made – walnut, boysenberry, feijoa and others. We must have stayed there for the better part of two hours chatting with them. It’s a special little place run by two awesome people producing some really excellent and passion-infused liquor. Their classic “1st Cut” gin is the most amazingly fragrant alcohol I’ve ever smelled. 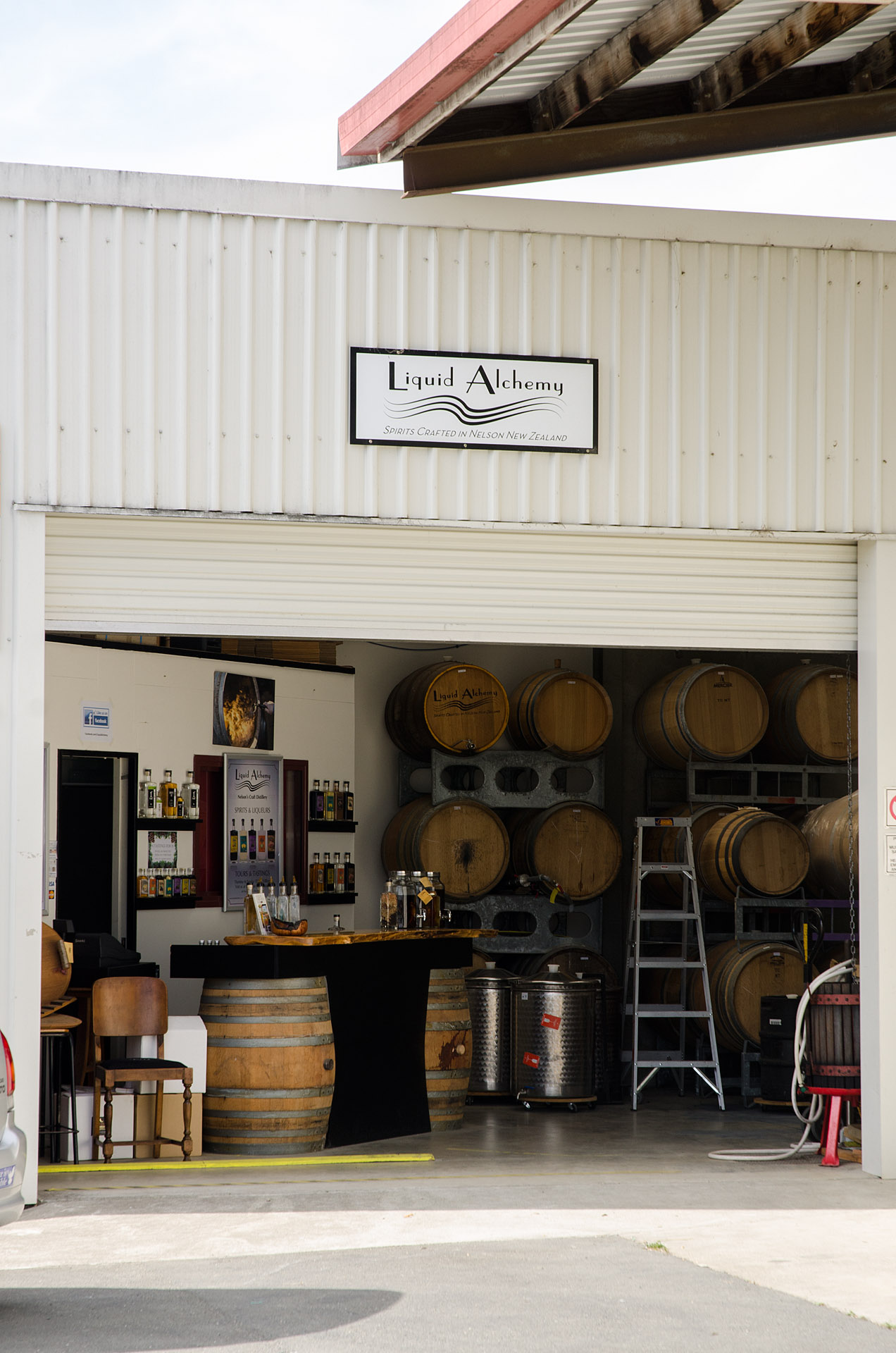 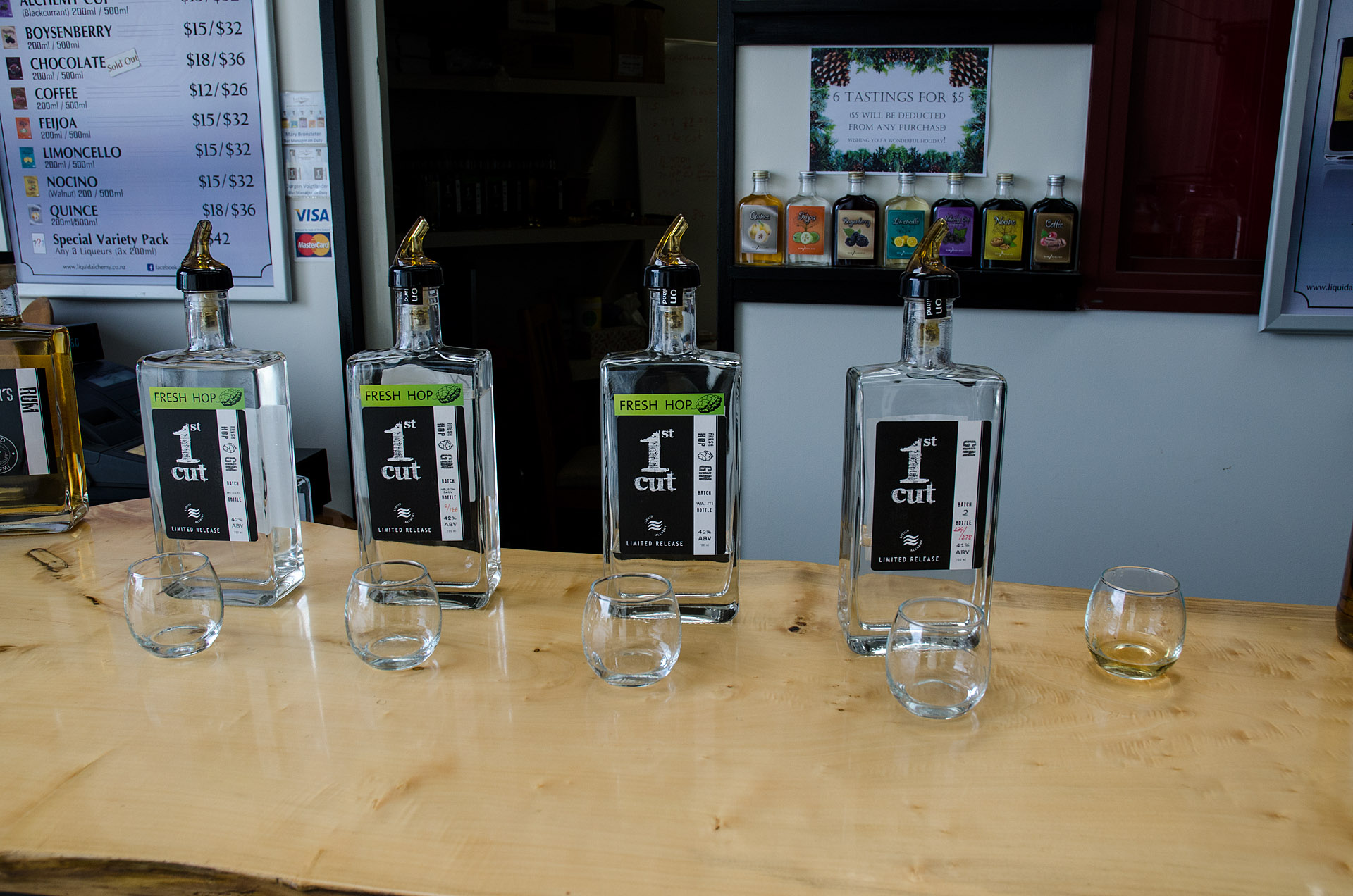 Our next beer stop was on New Zealand’s North Island. Mary and Jürgen had recommended a bar called Hashigo Zaki, so we headed there during our stay in Wellington. The place is a little hard to find but is absolutely worth the effort, with a terrific tap selection and knowledgeable bartenders. In addition to sampling a few of the beers before settling on a truly amazing Choice Bros Reet Petite Red IPA, they had a grapefruit and hop soda produced by a small local business that I couldn’t pass up. The hop-infused soda was excellent, and Jenn reports that their coconut-infused Assam tea was outstanding. 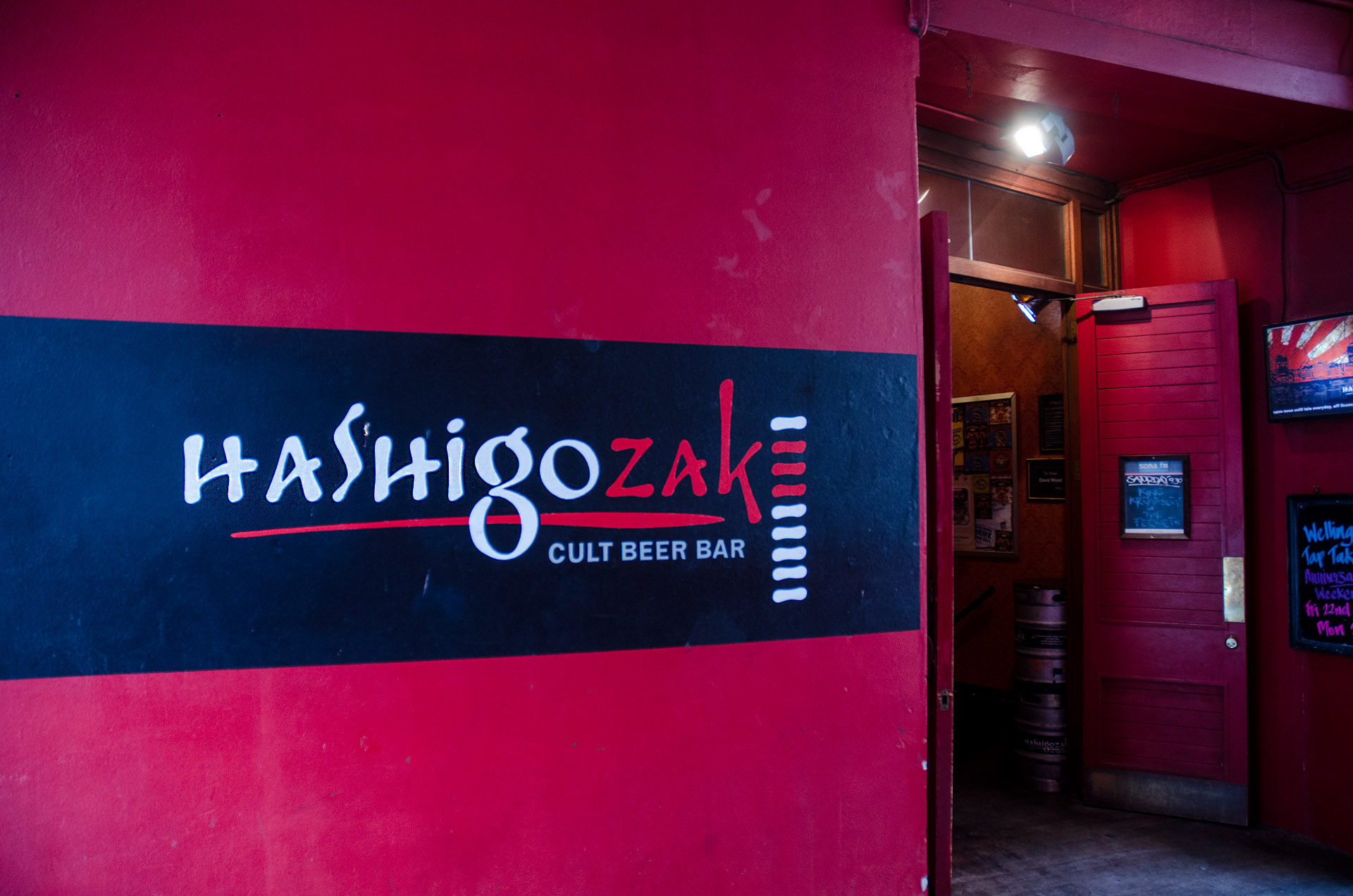 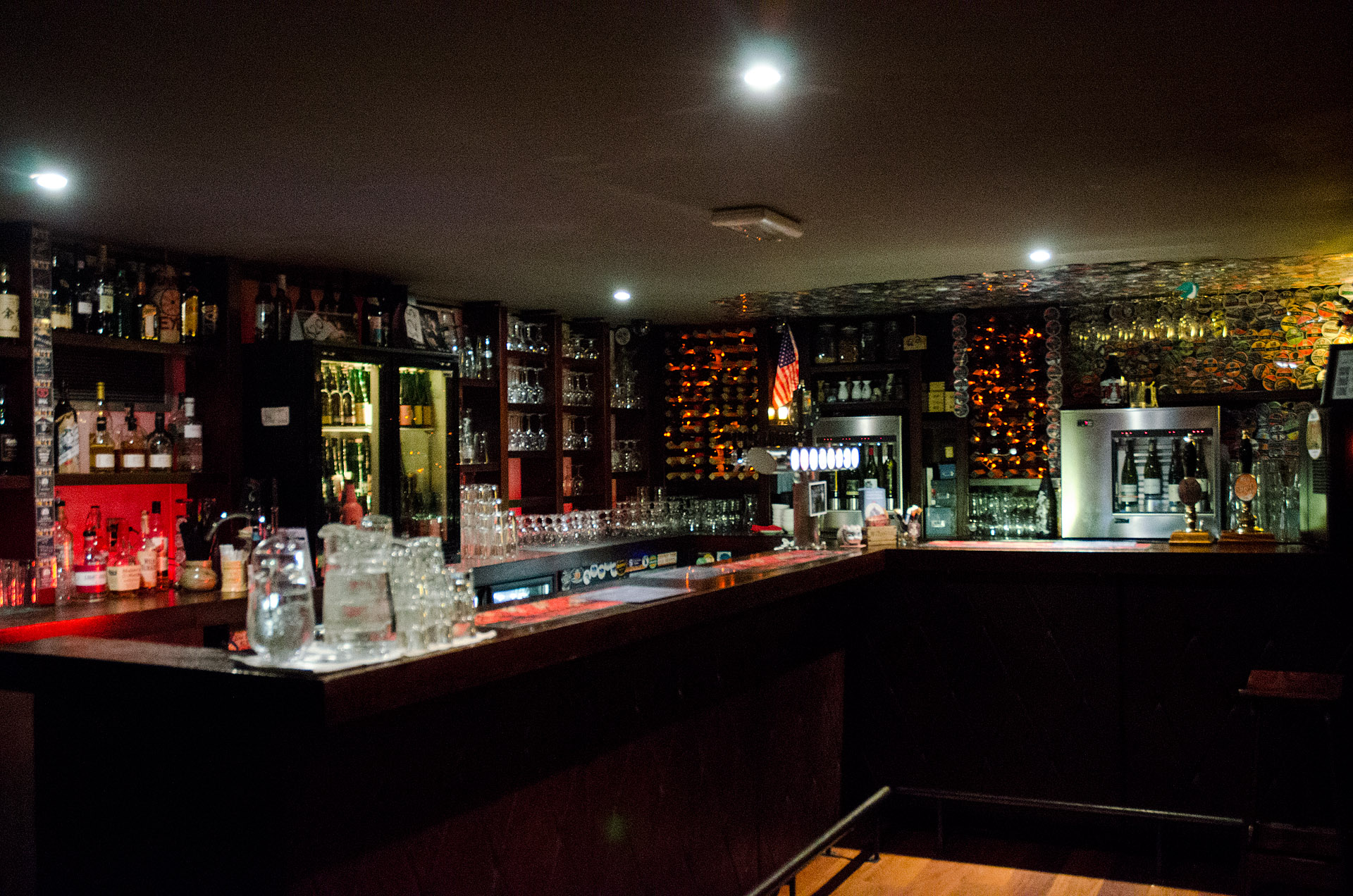 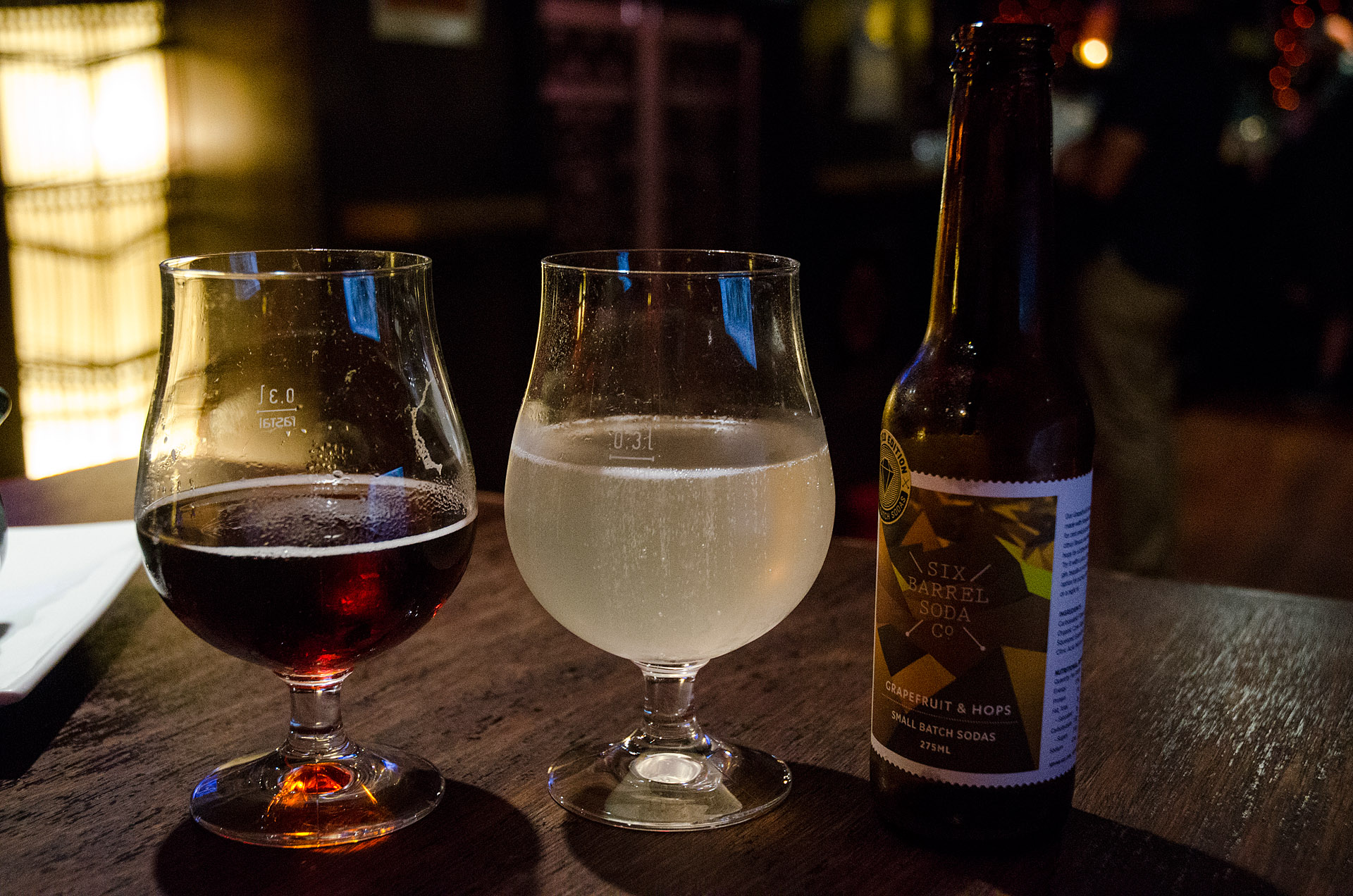