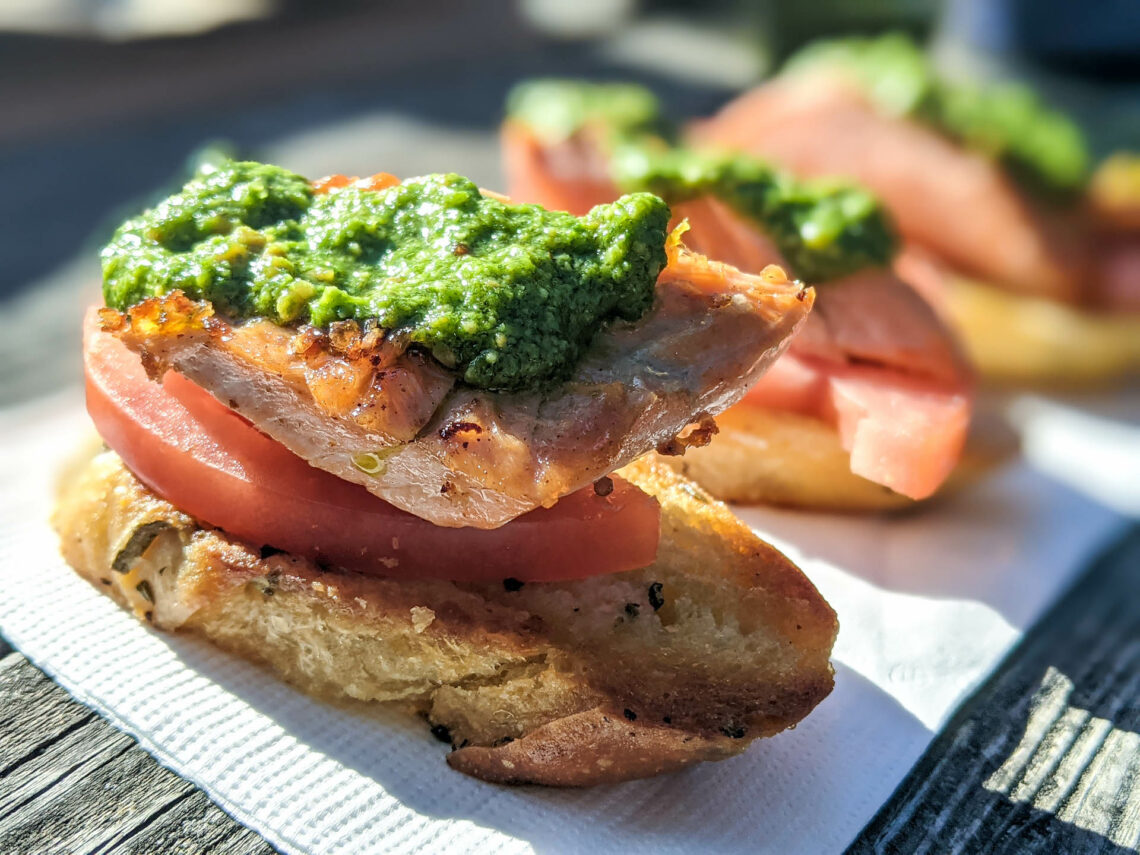 Perched along the shores of Puget Sound, Seattle is widely regarded as one of the best seafood cities in the country. Given that my partner and rescue pup are obsessed with all things fish, we made it a priority to seek out some of the city’s best offerings. When my parents then came out to visit us during our three-month stay in the seaside city, the search for amazing seafood turned into a veritable quest.

With dozens upon dozens of dedicated seafood restaurants to pick from, we by no means made a dent in the city’s offerings. However, we wanted to present a short list of some of our favorites. If you find yourself exploring Seattle’s extensive seafood scene, hopefully these give you a solid place to start.

Duke’s has been a city staple since the 1970s, when the founder opened his first location in Seattle’s Queen Anne neighborhood. Today, the Puget Sound chainlet boasts seven locations around the Seattle and Bellevue areas. Admirably, in their nearly fifty-year history, Duke’s has remained committed to serving 100% sustainably sourced seafood.

With an extensive menu laced with amusing offerings such as ‘Dungeness Crab Stuffed Just For The Halibut’ and ‘The Pope’s Seafood Cioppino,’ there’s something for every seafood aficionado. If you’re looking to sample a couple menu items, check out the selection of Combo Wombos that include the rockfish or cod tacos paired with one of their four award-winning chowders. If you’re a devout chowderhead, check out the chowder samplers including the Double, Triple and Quad Dinghies.

We hit up Duke’s several times during our time in Seattle, including one visit with my parents. It seemed like everyone in the group was equally impressed with the quality of the food. The chowder and cioppino were packed with enormous chunks of seafood. So much so that every time my dad’s spoon emerged from the bowl, his eyes widened with excitement at what he’d just fished out. Some of the plates Stephan and my parents sampled (and loved) included the Rockin’ Rockfish Tacos, Sailor Boy Cod Tacos, Pope’s Cioppino, North by Northwest Seafood Chowder, Wild Copper River Salmon Sandwich, and Topless Wild Alaska Salmon Sliders. While they raved about everything, the overwhelming winner was the Rockin’ Rockfish Tacos, served with a sweet Thai chili marinade, mango chutney, Tequila lime aioli and cucumber pico de gallo. 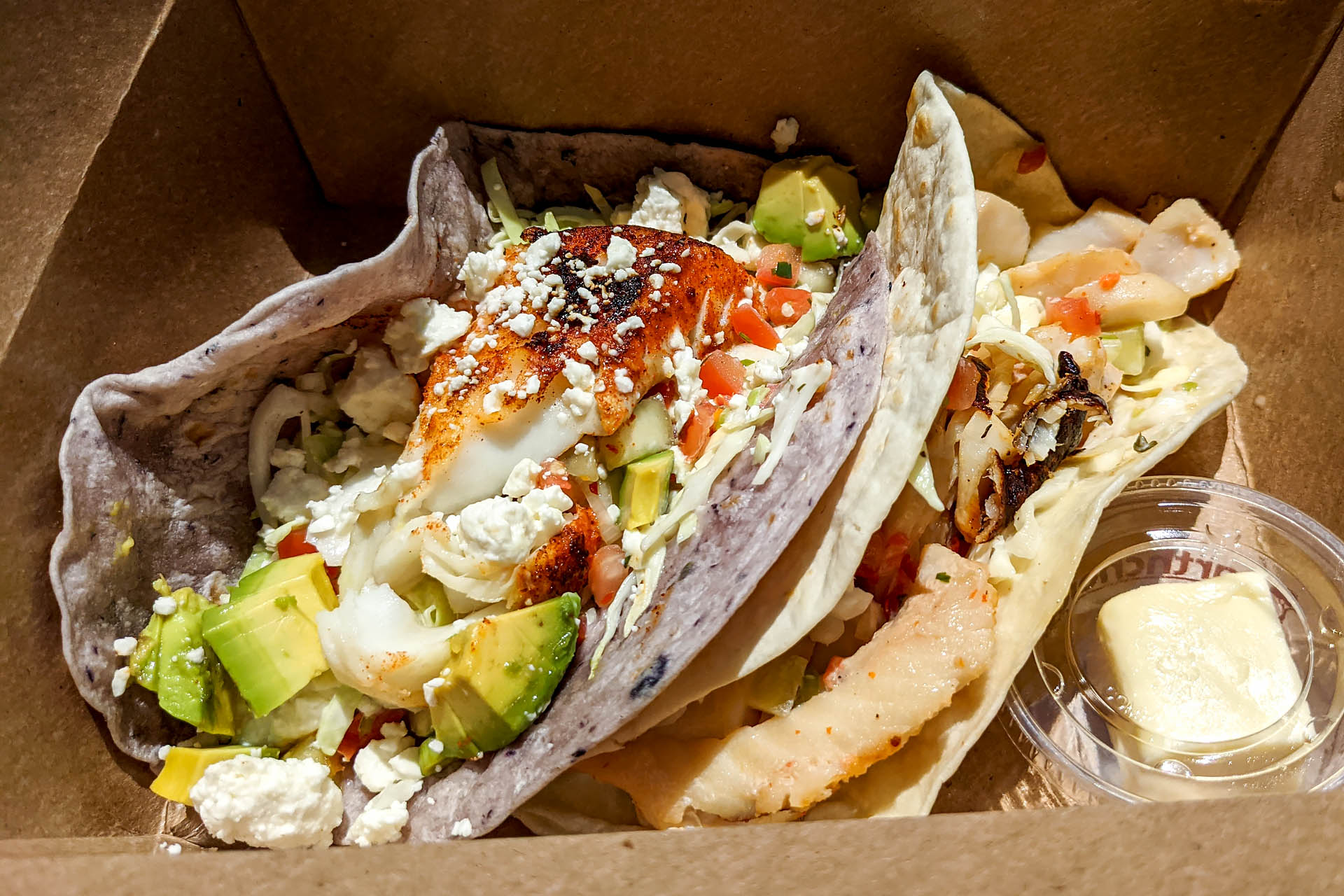 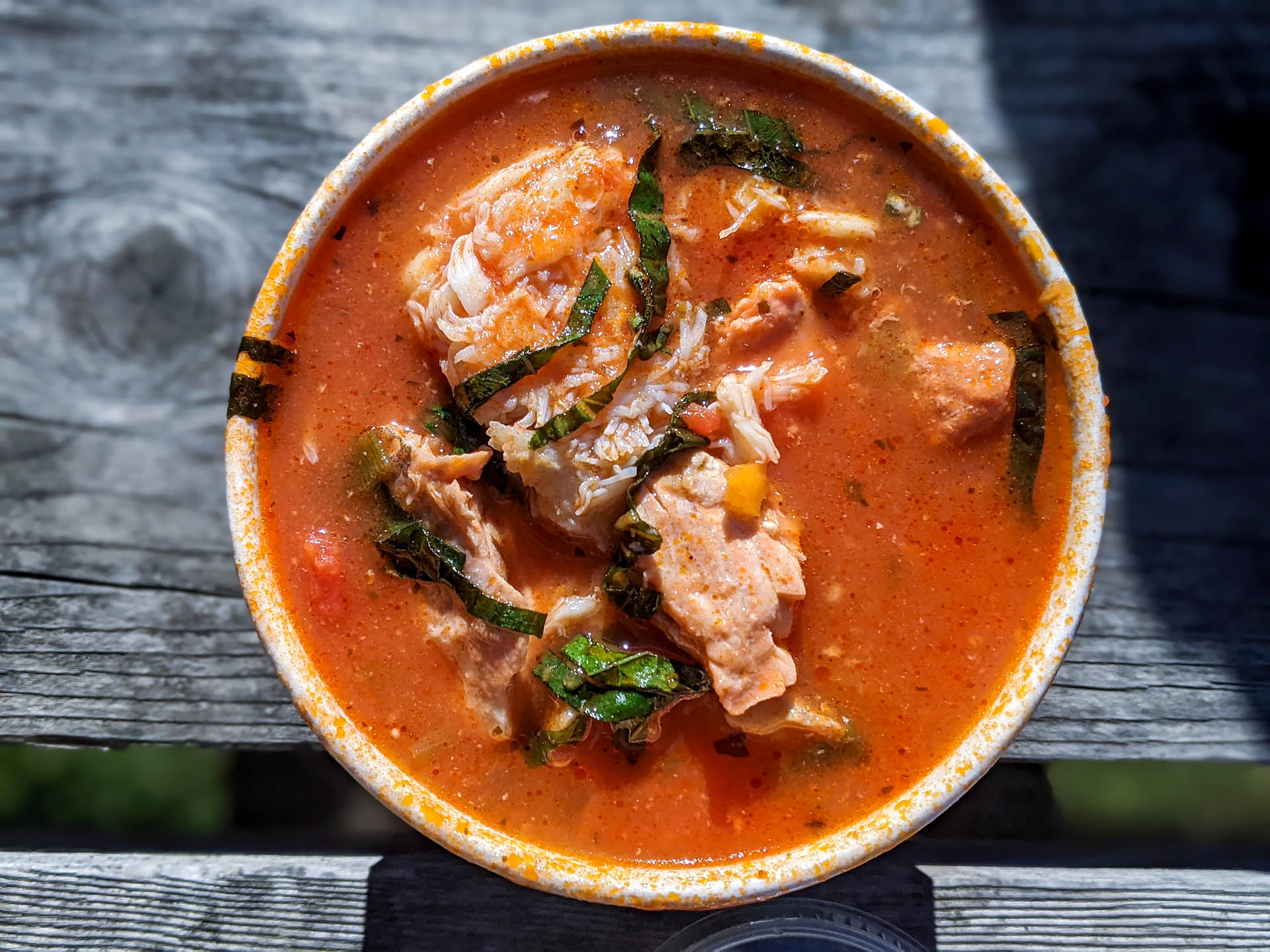 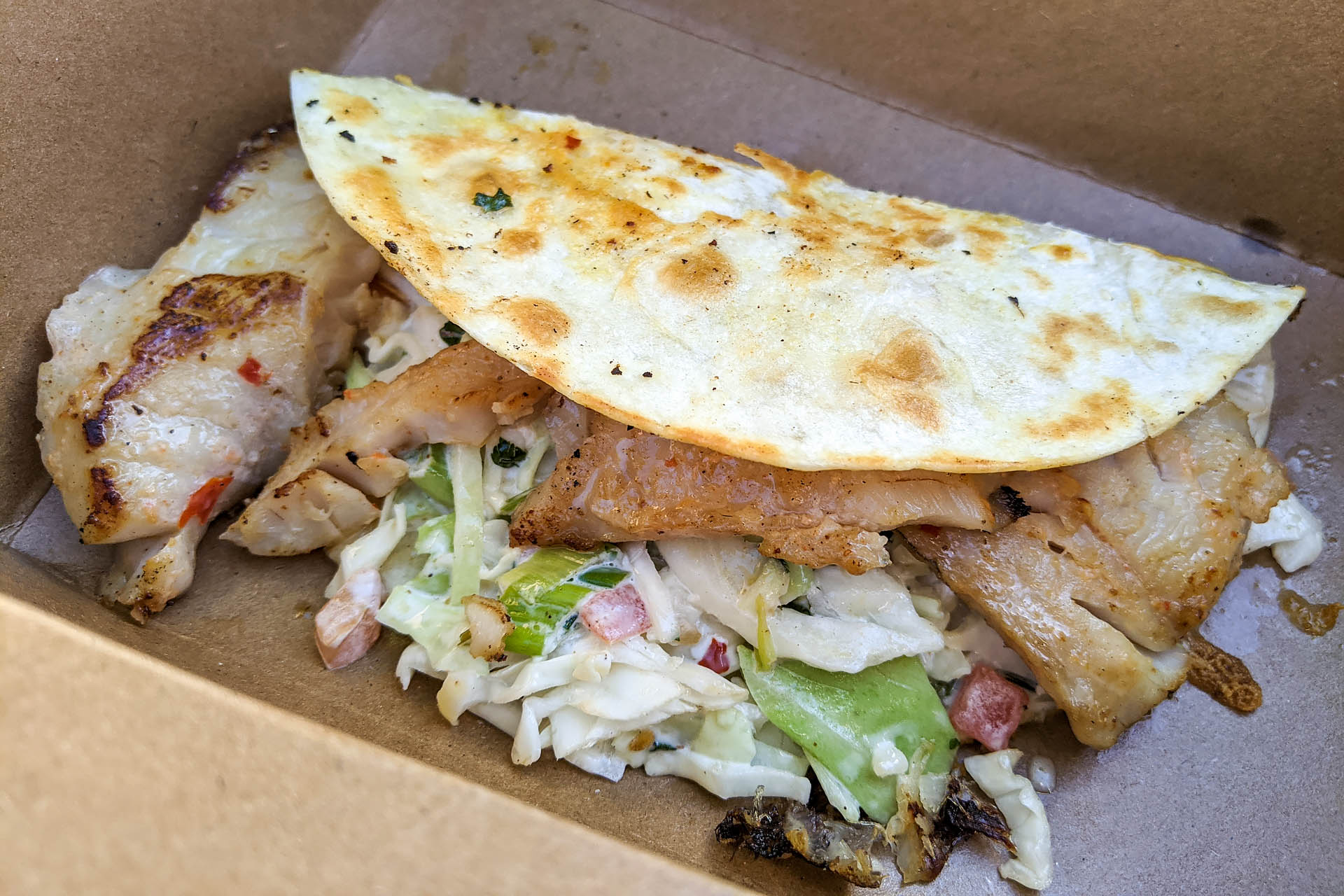 If you become a frequent Duke’s visitor, sign up for their Seafood Email Club. They have great offers including birthday meal comps, free tacos, and $10 or $20 off meal vouchers.

Located at the Fishermen’s Terminal, Little Chinook’s is an extension of the larger sit-down restaurant Chinook’s at Salmon Bay. Little Chinook’s is a more casual eatery, offering a small menu of to-go fare that can be ordered from the walk-up window and enjoyed at one of the small tables overlooking the fishing boats. Menu items include a couple of chowders, a few varieties of fish tacos, and an enticing assortment of seafood & chips.

While Pike Place Market is clearly the de facto hotspot for visitors to the Emerald City, we think that Little Chinook’s offers a more scenic, laid-back, less-crowded way to experience some outstanding Seattle seafood. I first brought my parents here on a gorgeous June afternoon, and my dad absolutely raved about their halibut and chips. Not typically a fan of fried seafood, the life-long New Englander kept waving around his halibut strip declaring that this was the way battered fish should be done. Having missed out on the first outing, I made a return trip with Stephan the following week. Heeding my dad’s advice, he ordered the halibut and chips and agreed that the heaping basket was out of this world. 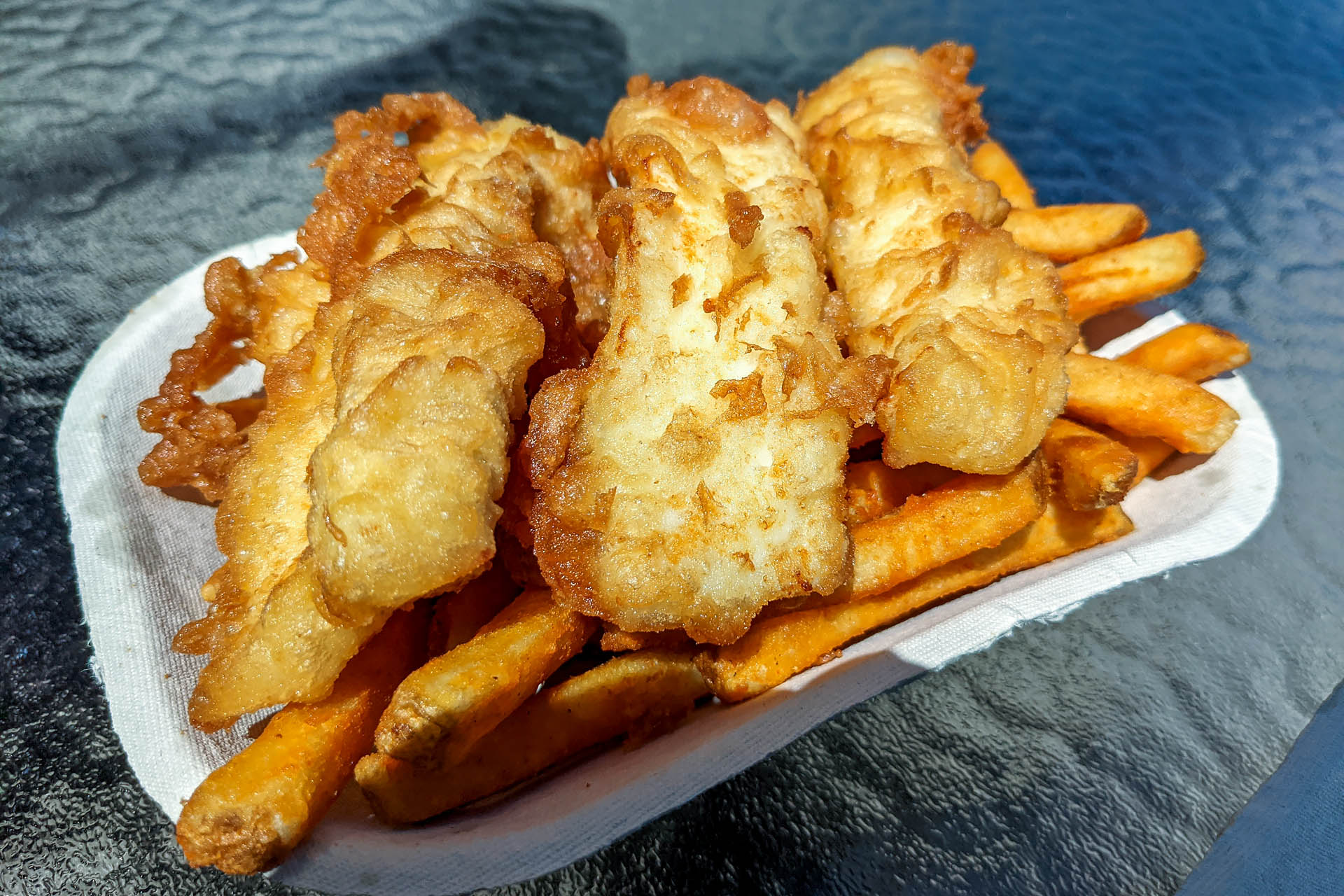 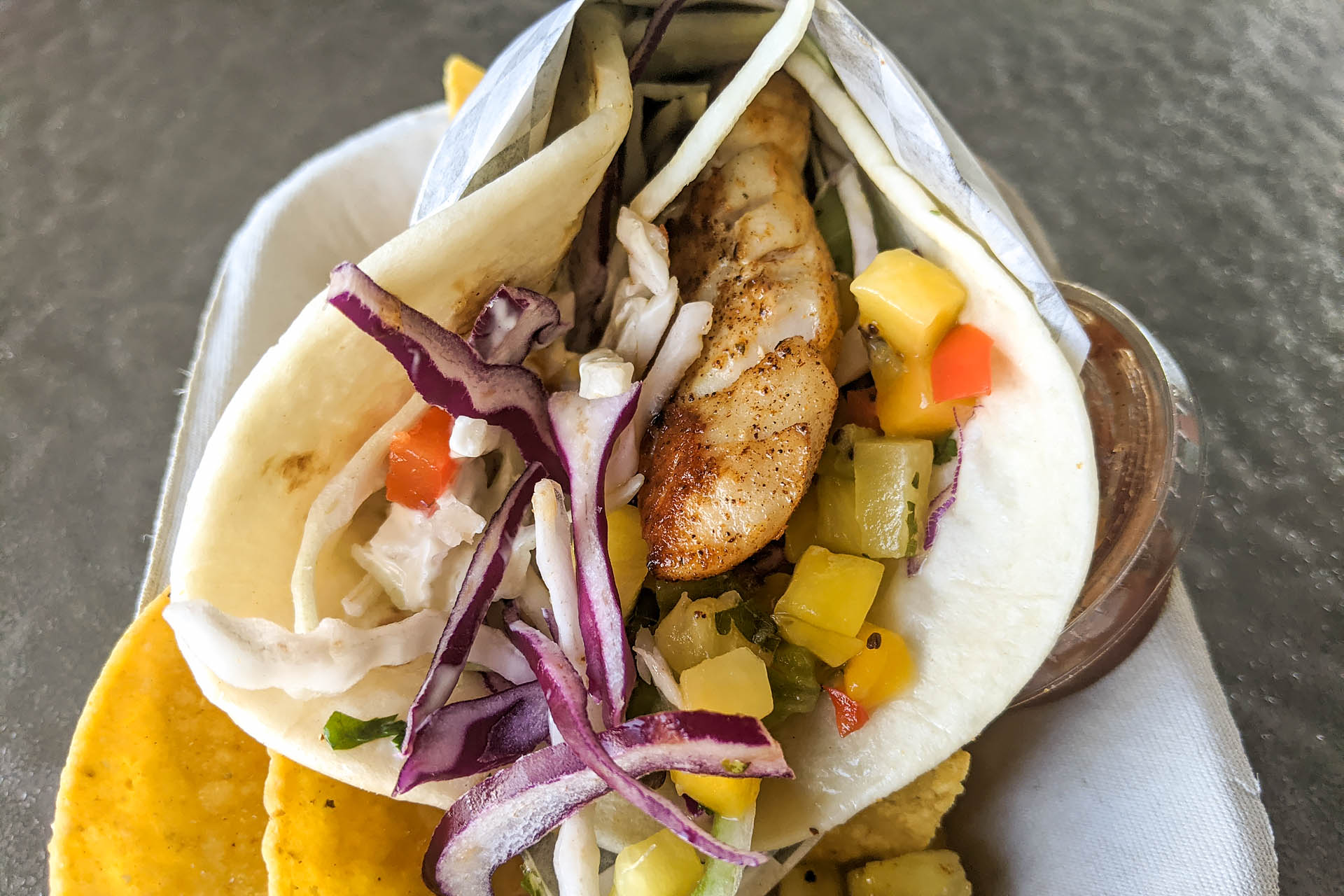 If you’re looking for a fun day in the city, pair a meal at Chinook’s with a morning trip to Discovery Park and an afternoon brewery hopping in Ballard. Both locations are a quick, two-mile drive from Fishermen’s Terminal. To the west, Seattle’s largest city park offers walking trails, a large beach, and a scenic lighthouse. Just over the 15th Avenue bridge to the north, Ballard is home to at least a dozen microbreweries and taprooms. If you’re a lover of hops and IPAs, check out Stoup, Reuben’s and Urban Family. They are all within a couple blocks of one another and there’s plenty of free street parking.

More than fifty years ago, in 1970, Japanese immigrant and Master sushi chef Shiro Kashiba opened Seattle’s first sushi bar, Nikko. He quickly gained a distinguished reputation, going on to become a three-time James Beard nominee for Outstanding Chef. In 1994, chef Shiro left Nikko and opened his second Seattle eatery in Belltown, again fusing his traditional Japanese influence with the fresh seafood of the Pacific Northwest. Although he left Shiro’s in 2014 for yet another new venture, the restaurant has continued its success as a local sushi hotspot.

Eager to dive into some high-quality sushi, Stephan ordered an assortment of nigiri from Shiro’s broad a la carte menu. From more common selections such as salmon and tuna, to the famed Hokkaido sea urchin and local geoduck delicacy, Stephan sampled thirteen of Shiro’s nearly three-dozen selections. His favorites included sea bream, mackerel, and Ōra King salmon. He also loved the tamago, a traditional Japanese omelet served as an accompaniment with sushi. While he was pretty impressed with the overall experience, I think Sanchez was even more stoked. Our little street-dog-turned-foodie was pretty much mind-blown by the massive offering of fragrant fish… even the slightly off-texture geoduck and scallop.

If you’re not into raw fish, try one of their Crispy Sushi Rice Burgers. They have four options (including one vegan), all served on a ‘bun’ of crispy rice patties. My mom tried the ‘classic’ with grilled salmon, crispy smelt, jalapeno sauce and sweet mayo. She loved the contrast of the tender fish against the crisp texture of the untraditional ‘bun.’ 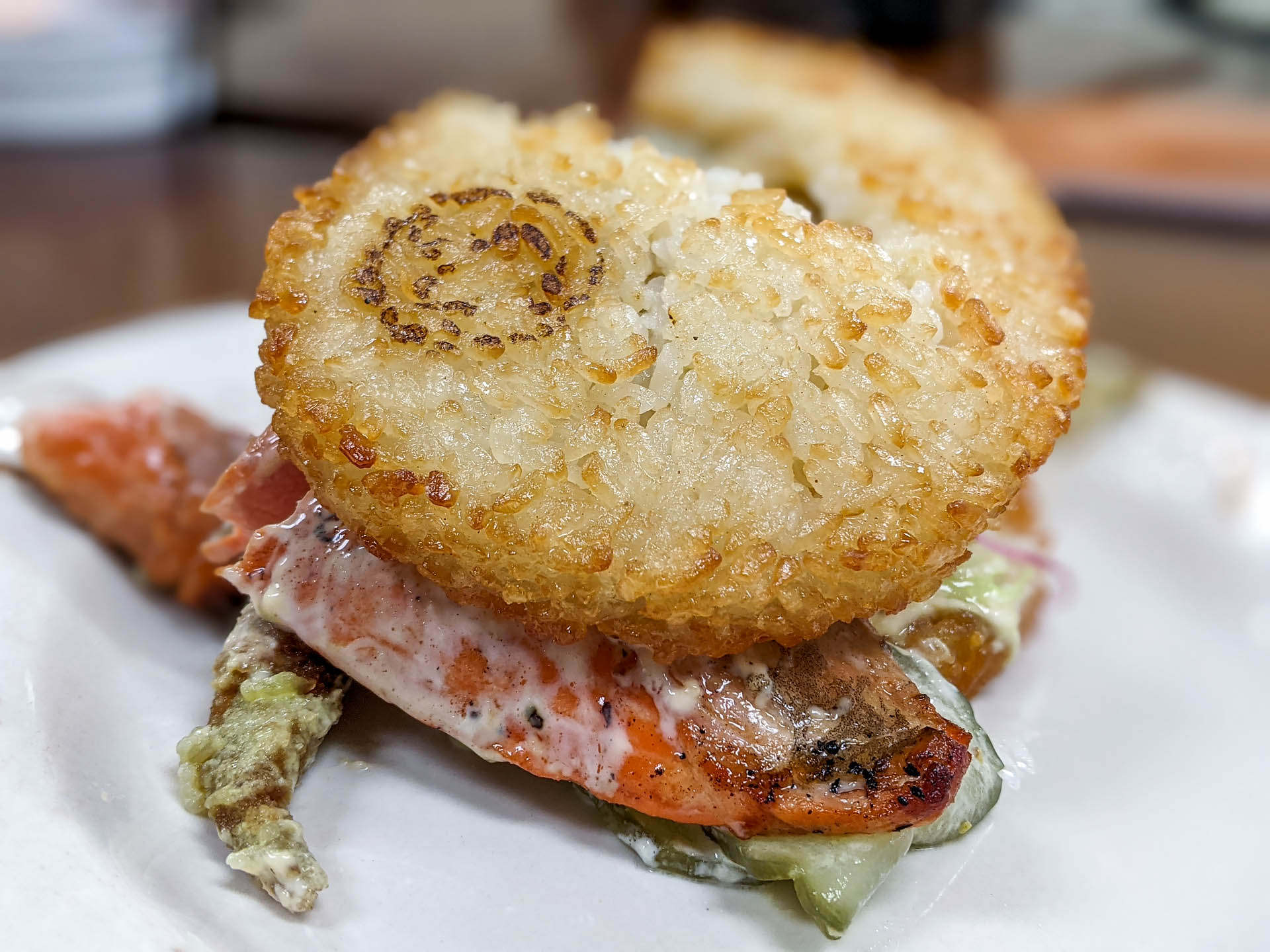 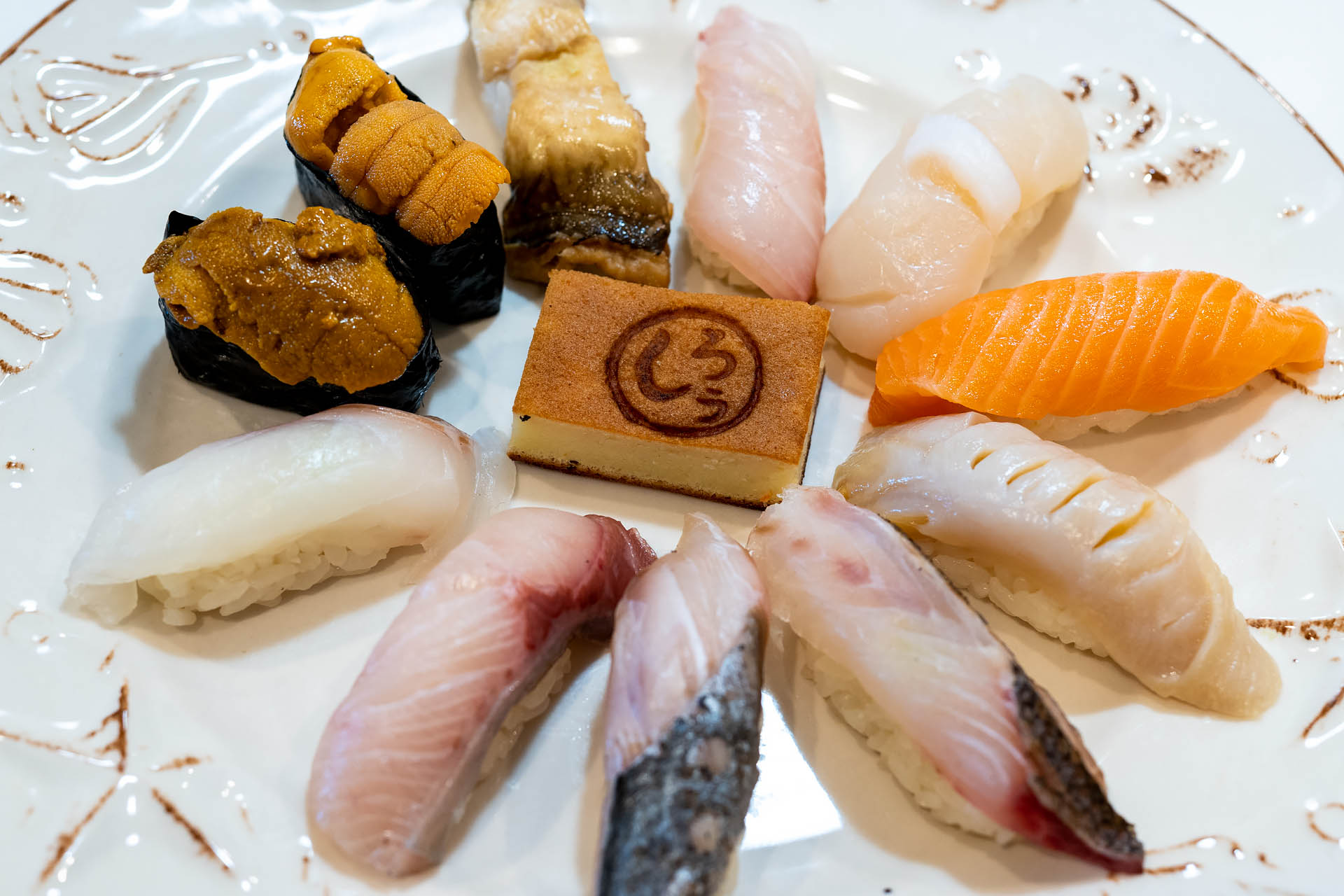 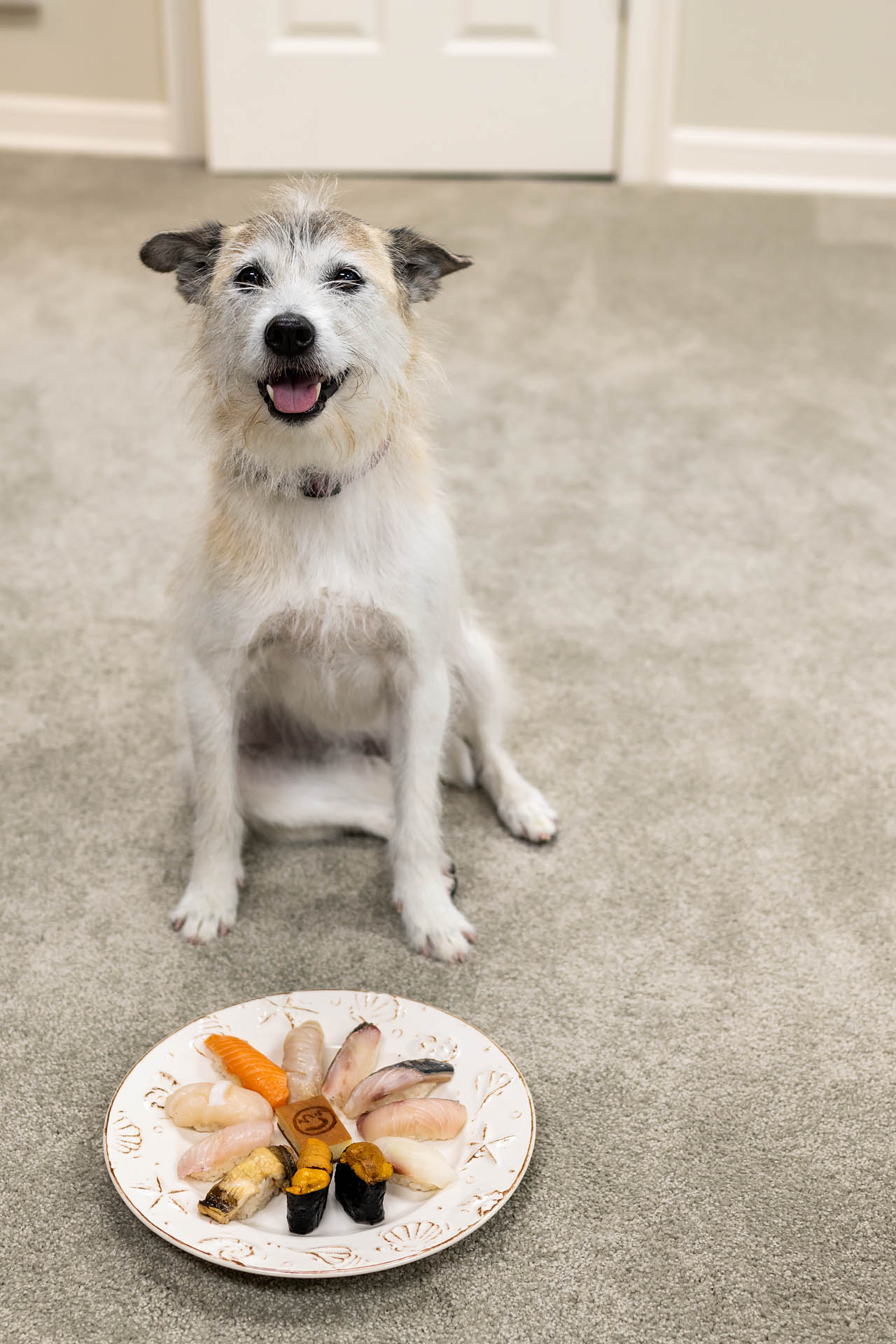 Located in Seattle’s iconic Pike Place Market, this place is all about the chowder! Interestingly, although they’re a heck of a long way from Boston, their New England clam chowder is rated as Yelp’s most popular dish in the country.

You can choose from their menu of eight award-winning chowders or bisques, or try them all with one of their chowder samplers – an assortment of either four or eight five-ounce servings. Our recommendation? Go big with the full sampler! Stephan and my parents ended up trying six of the eight: the New England and Manhattan chowders, seafood bisque, crab & oyster chowder, seared scallop chowder and market chowder with halibut and asparagus (they ultimately skipped the vegan coconut-lime and smoked salmon options).

While my dad – a life-long New Englander and chowder connoisseur – was reluctant to say the New England clam was the best version he’s ever had, he absolutely loved both the market and crab & oyster chowders. My mom and Stephan quickly agreed that these were the two clear winners. 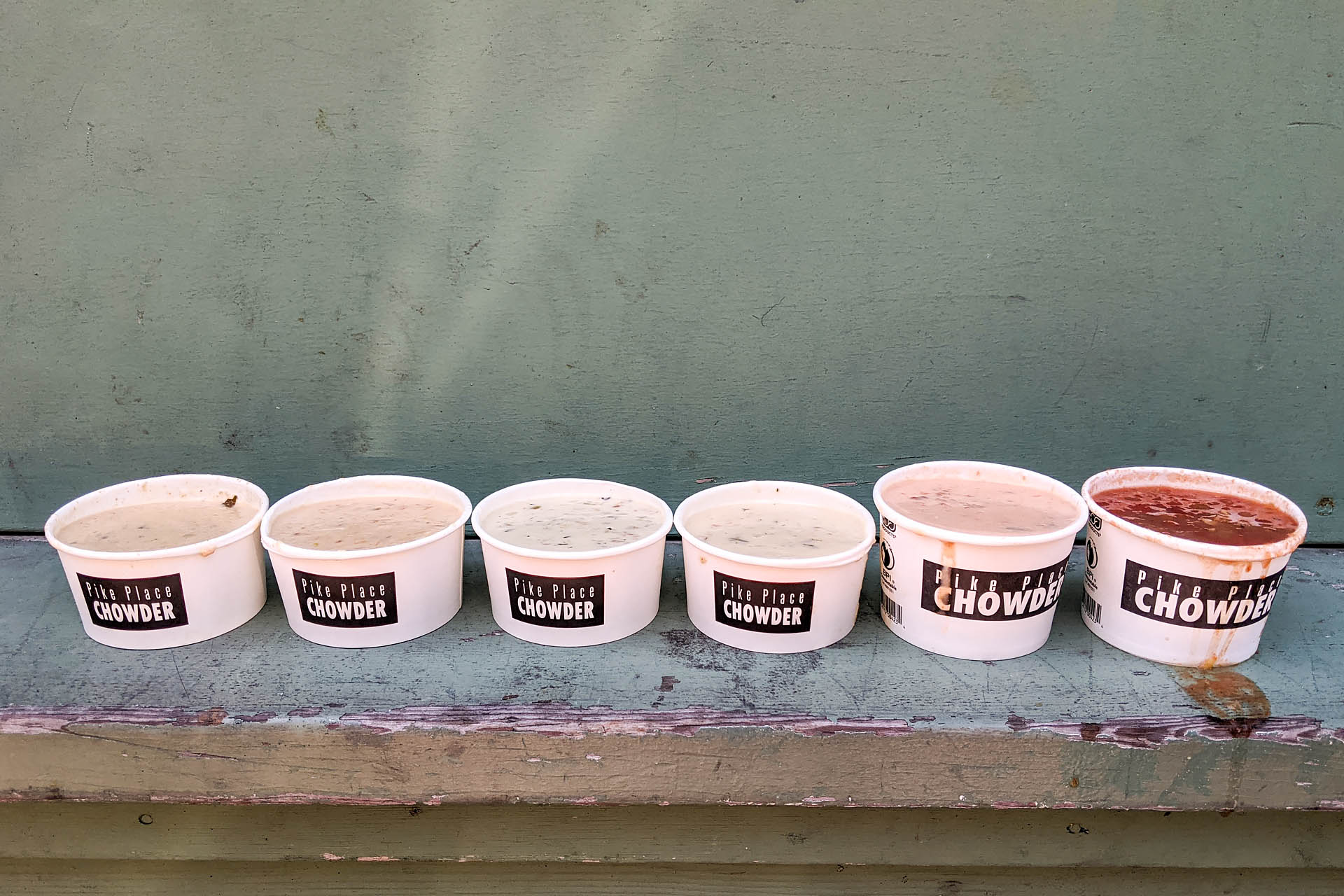 Skip the line and place your order online for pickup. There are only a few small tables in the tiny hole-in-the-wall stall, and the line can get really long, especially on weekends.

Another small eatery in Pike Place Market, Market Grill has been dishing up sustainably caught seafood at a humble little lunch counter for more than twenty-five years. Their ambition? To serve ‘the best salmon sandwich you’ve ever had in your life.’ With a pitch like that, Stephan obviously had to give it a try.

Market Grill’s World Famous Blackened Salmon Sandwich is served on a freshly-baker Le Panier baguette with rosemary mayo, tomato, romaine and caramelized onions. It’s a generous portion and comes conveniently sliced in half… perfect for splitting if you’re attempting to sample your way around the market. The verdict? Stephan was fully on board with the sandwich’s hype. And because he hadn’t yet had his fill on chowder, he also just had to get a bowl of their Northwest Seafood Stew. Of all the hulking chowders Stephan tried in Seattle, this one easily had the most massive chunks of seafood. I wasn’t entirely sure his wimpy plastic spoon was going to stand up to the task. 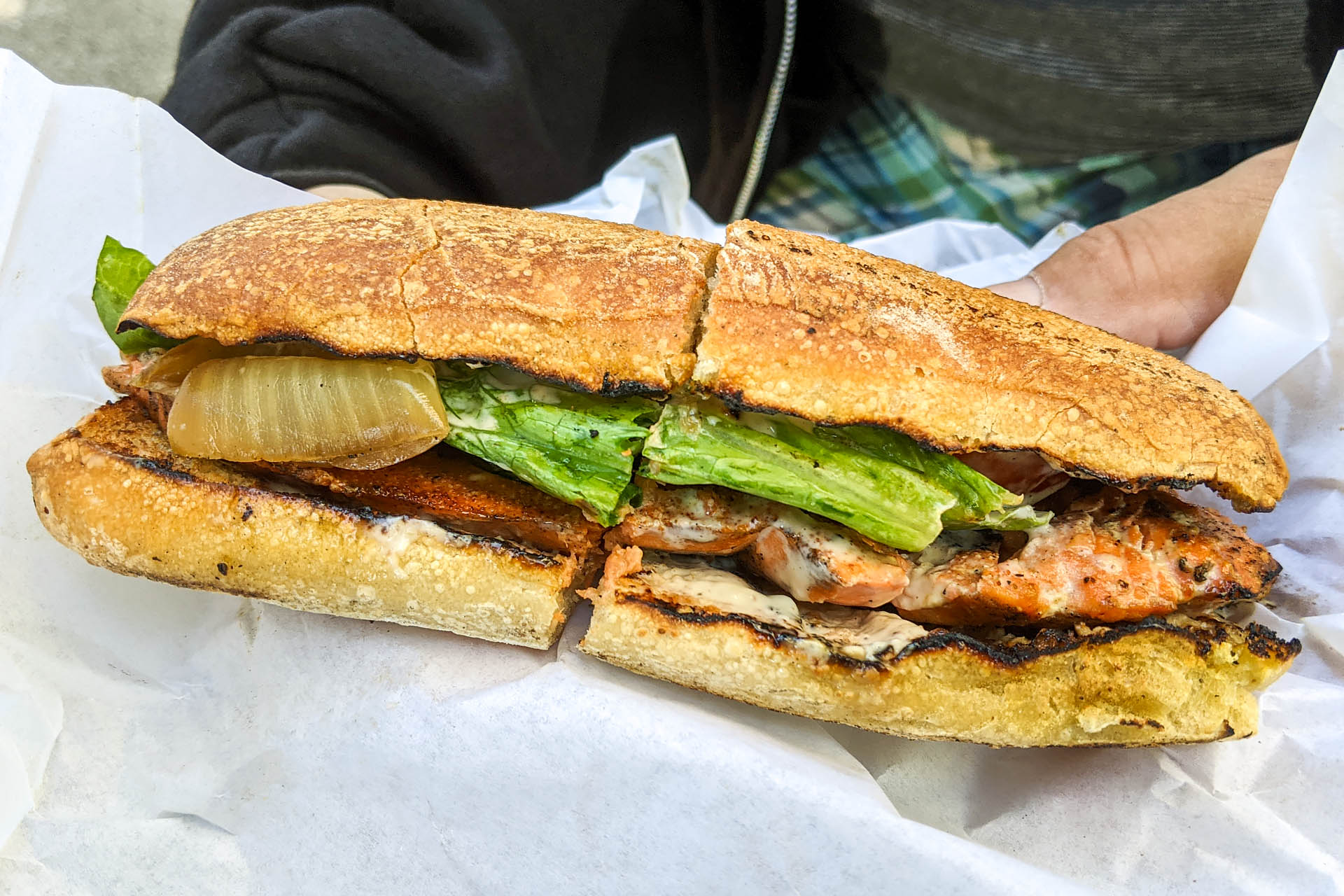 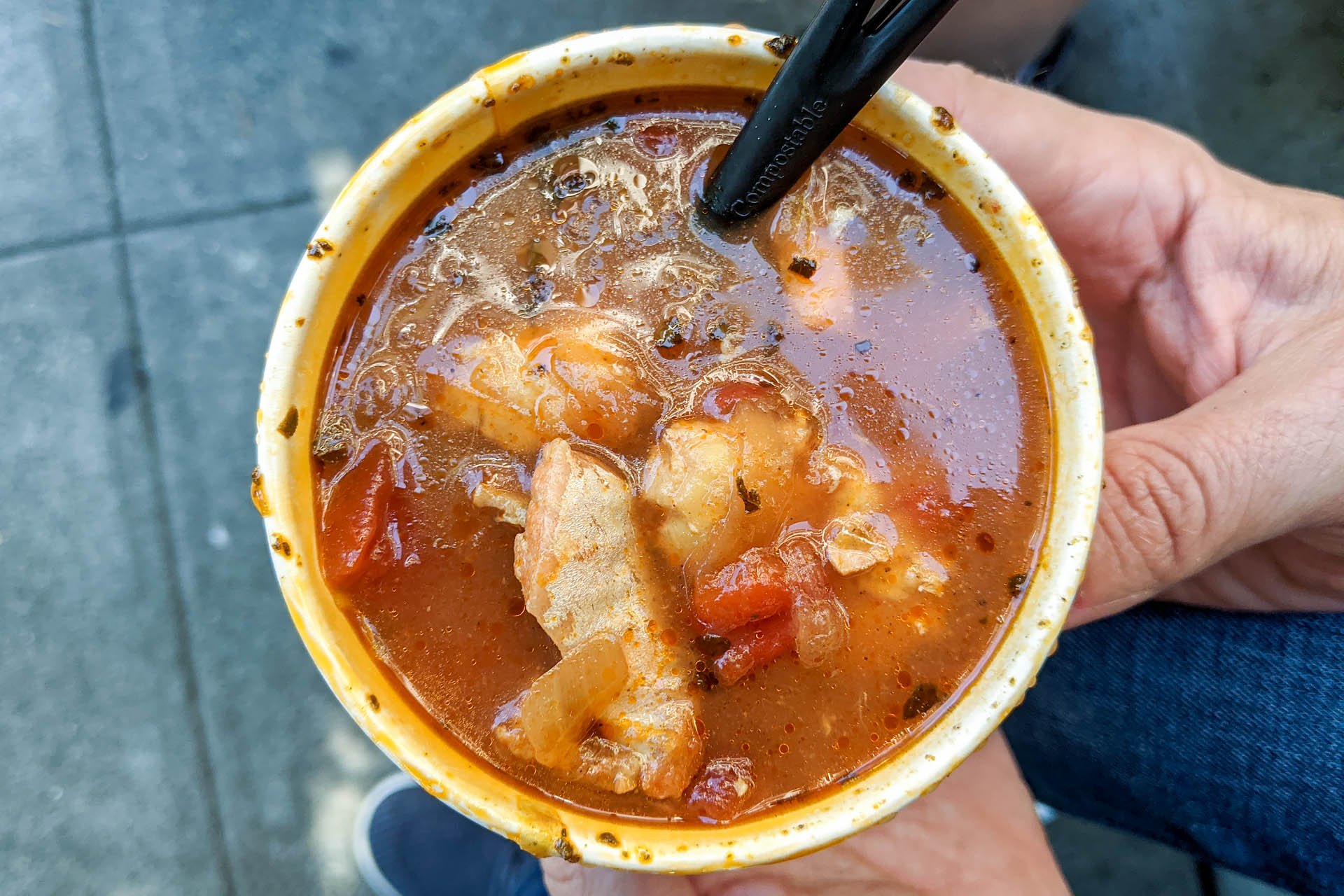 While it could take an entire week to eat your way around Pike Place Market’s celebrated restaurants to determine which sandwich truly earns top marks (a feat Stephan came nowhere near achieving), consider giving Market Grill a shot.

This one’s a bit outside Seattle’s city center – about 40 minutes north in Snohomish – but we thought it rightfully earned a spot on our list. Located right along First Street in Snohomish’s historic downtown, Andy’s large outdoor patio is a great place to grab a couple fish tacos and a beer on a warm summer afternoon. Because our AirBnb was just a couple miles up the road, we figured we give the local business a try.

We called ahead for takeout fairly early on a Tuesday evening, and were surprised at how busy the restaurant was. We thought that maybe it was a good sign. My parents and Stephan excitedly ordered the manila clams, blackened Alaskan cod taco, halibut taco with avocado chipotle sauce, and – my dad’s dream – the spicy clam taco. All three of them were pretty impressed with everything they tried, and it was great to not have to fight rush-hour traffic to drive into the city. If you find yourself exploring a bit outside of downtown Seattle, Andy’s Fish House makes a nice option for a casual (or carry-out) meal in the suburbs. 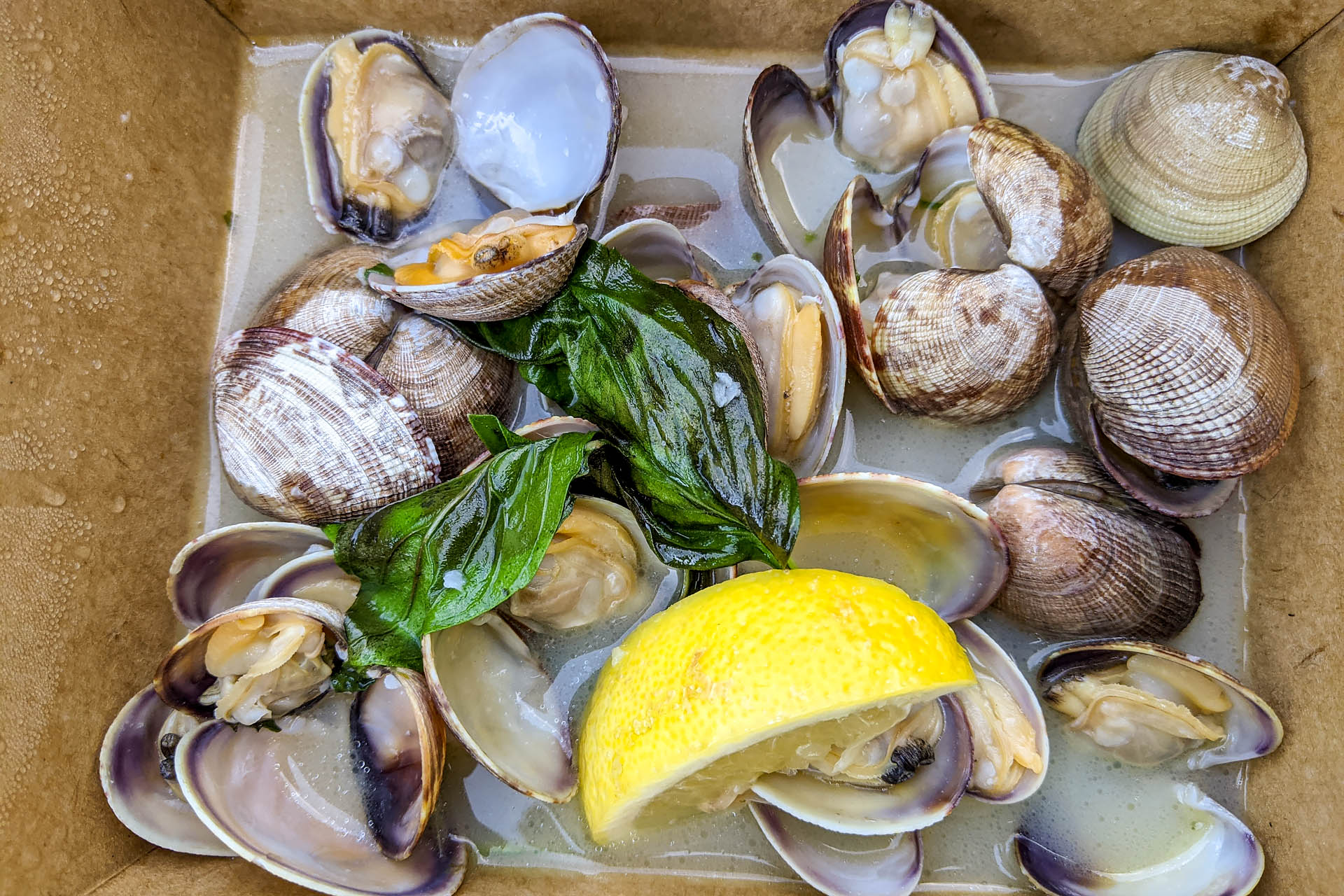 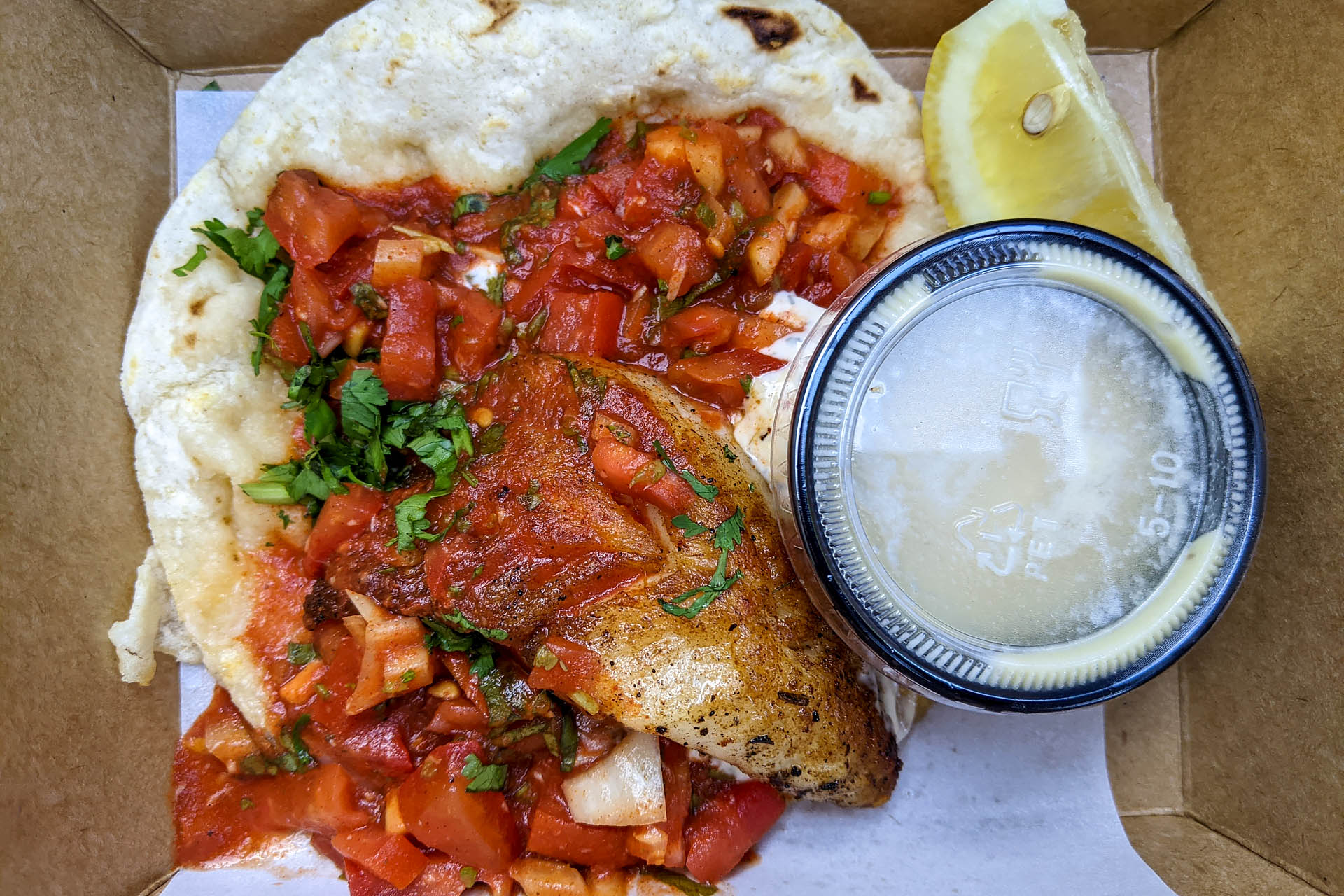 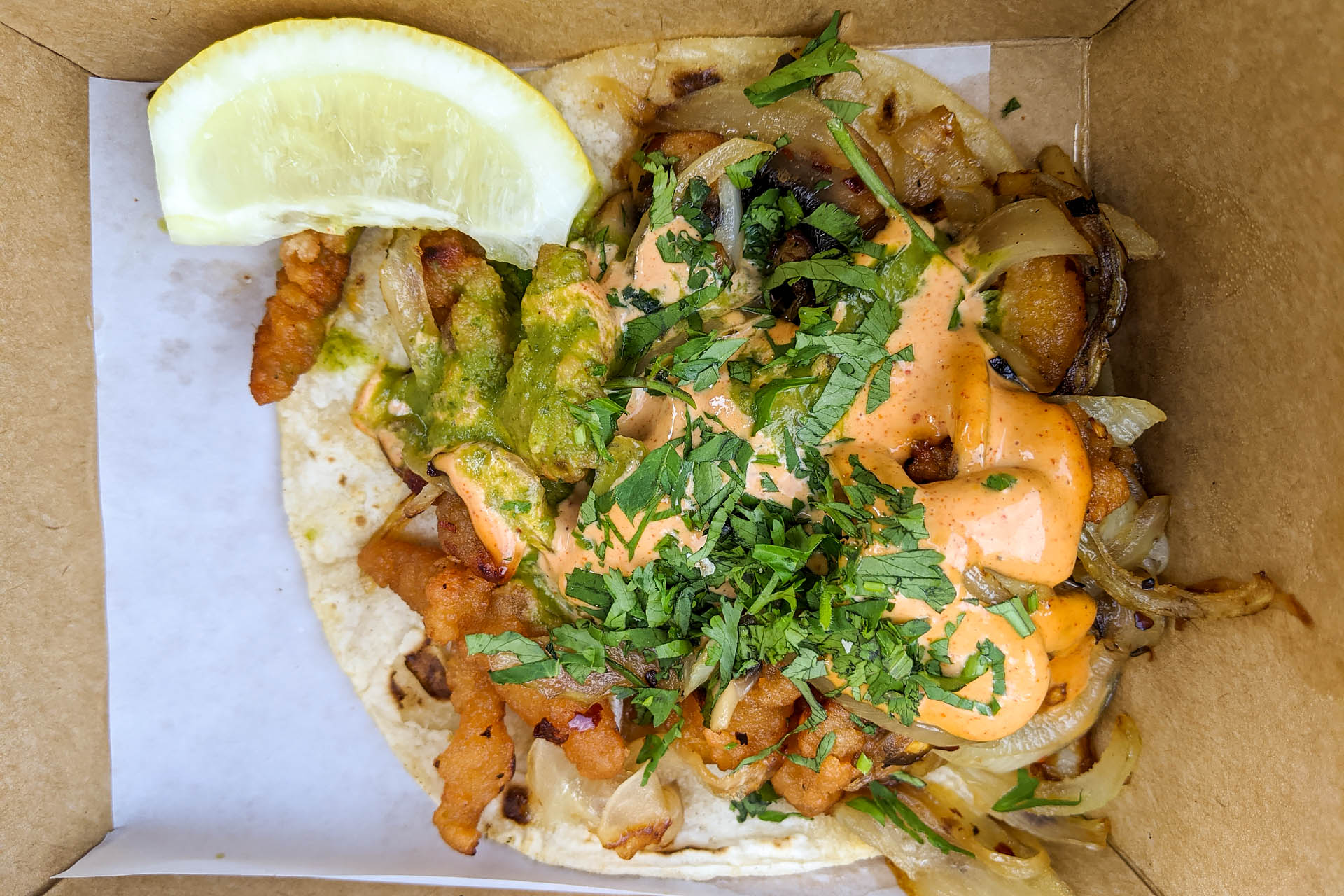 In the end, it was pretty hard for the crew to pick a favorite restaurant or dish. However, they seemed to settle on Little Chinook’s, Duke’s, and Pike Place Market (as a general seafood hub) as their consensus top three.

Even though we spent three months in the city, we didn’t come close to hitting up all the spots we were hoping to. But I guess that leaves more fun for a future trip. On the list for our next visit to Seattle: Rock Creek (for happy hour Totten Inlet mussels and Barron Point manila clams), The Walrus and The Carpenter (for grilled sardines), Taylor Shellfish, and Seattle Fish Guys. Until next time, Seattle!