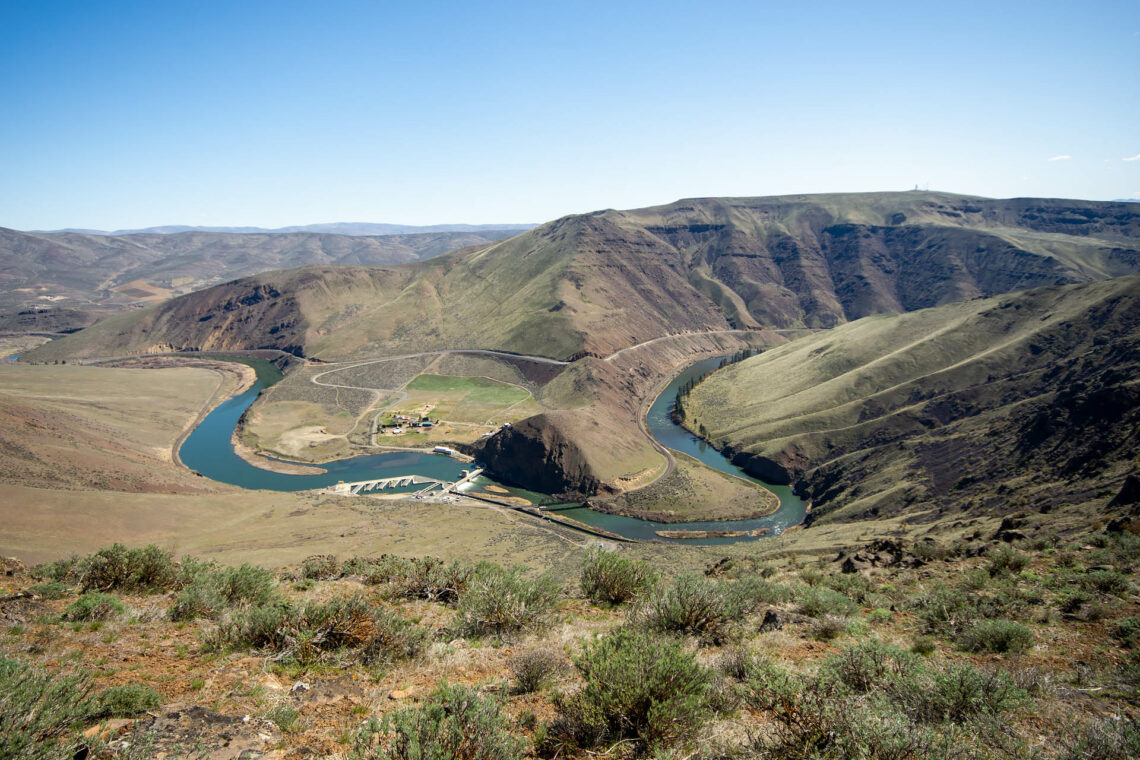 Last weekend we continued our relentless quest to find spring hikes after what has been a record-setting winter for much of Washington state. The state’s snowpack will likely rank as the third-highest on record, and here in the Cascades it’s measuring around 150% of normal. With the mountains still buried in the remnants of a winter and a half’s worth of snow and ice, we again headed east for another snow-free butte hike.

This time we ended up in Selah, about 25 minutes north of downtown Yakima on the Yakima Skyline Trail. The 4.5-mile (one-way) footpath follows a high ridge alongside Yakima Canyon, culminating at the 3,220-foot ‘summit’ of Gracie Point.

For the first couple miles, the trail climbs moderately up to the rim of the canyon. With wildflower season kicking into high gear, the dry, desolate hillsides were beginning to burst with color. Arrowleaf balsamroot had transformed the otherwise drab hillsides to a resplendent gold beneath the distant summit of Mt. Rainier. Amongst the abundance of yellow blooms, small clusters of pink and purple daggerpod, lupine, and phlox were starting to emerge. 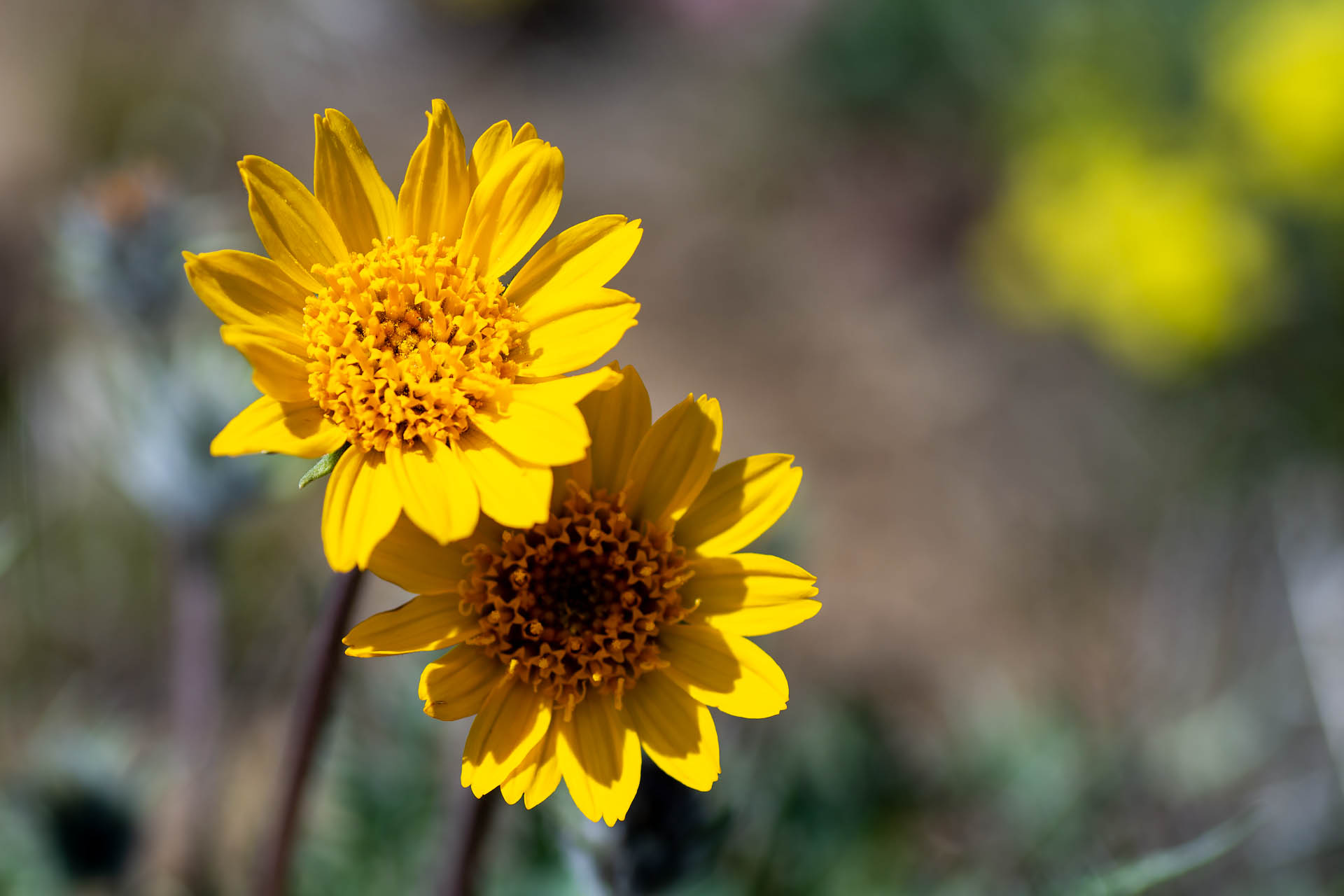 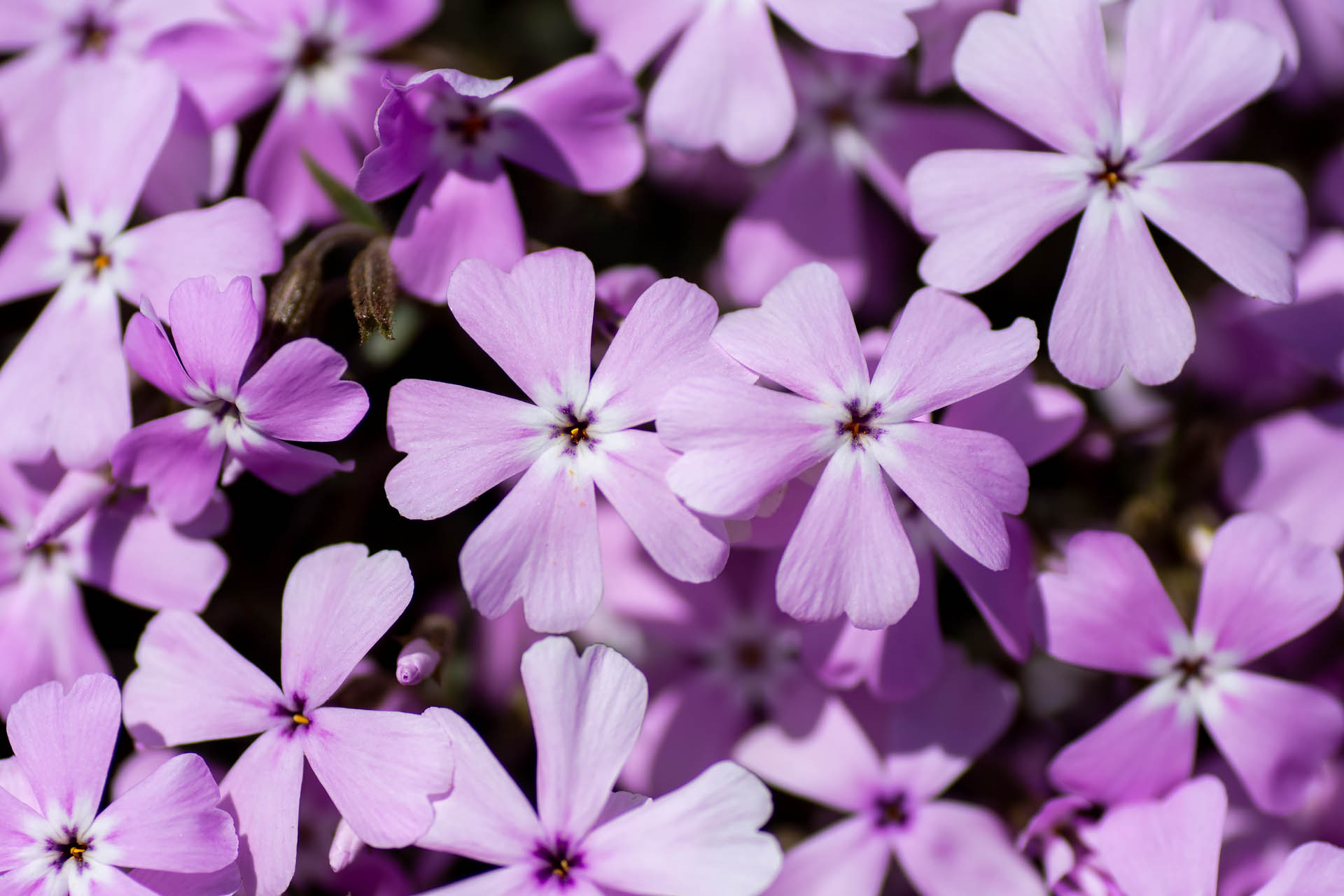 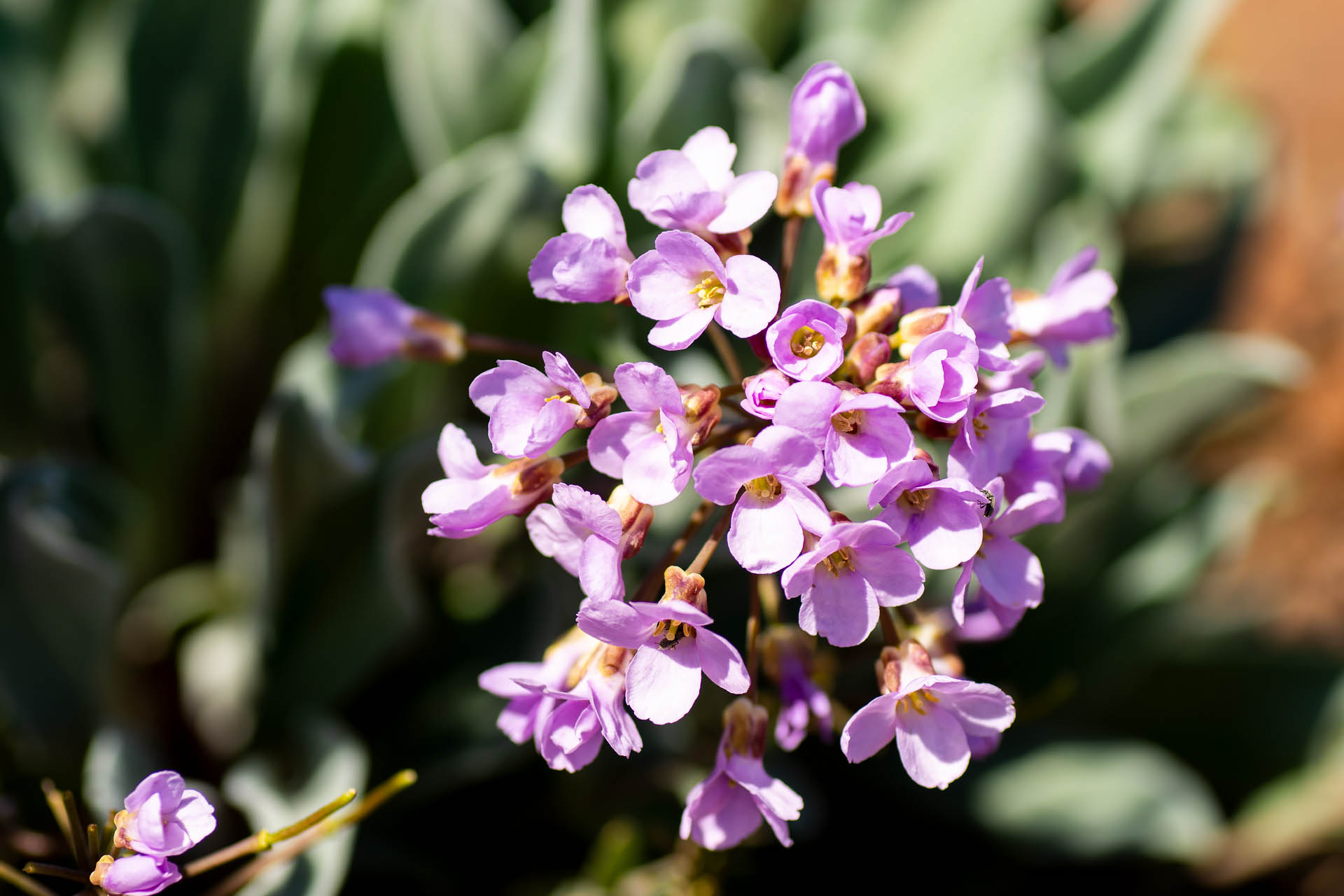 As we examined the flowers along the edge of the trail, I found myself particularly taken with the patches of big-head clover. Native to the central and northern areas of the Pacific coast, the two-tone flowers are substantially larger than the more widespread white clover we’re used to seeing on the east coast. Additionally, the plants have clusters of five to nine leaflets, rather than the expected three (or lucky four). My Nana loved clover, and we used hunt together for four-leafers in her yard growing up. As we searched, I’d pick a handful of the white flowers and arrange them carefully in a Dixie cup along with some purple violet and dandelions. I think she would have loved these more massive, showy blooms. 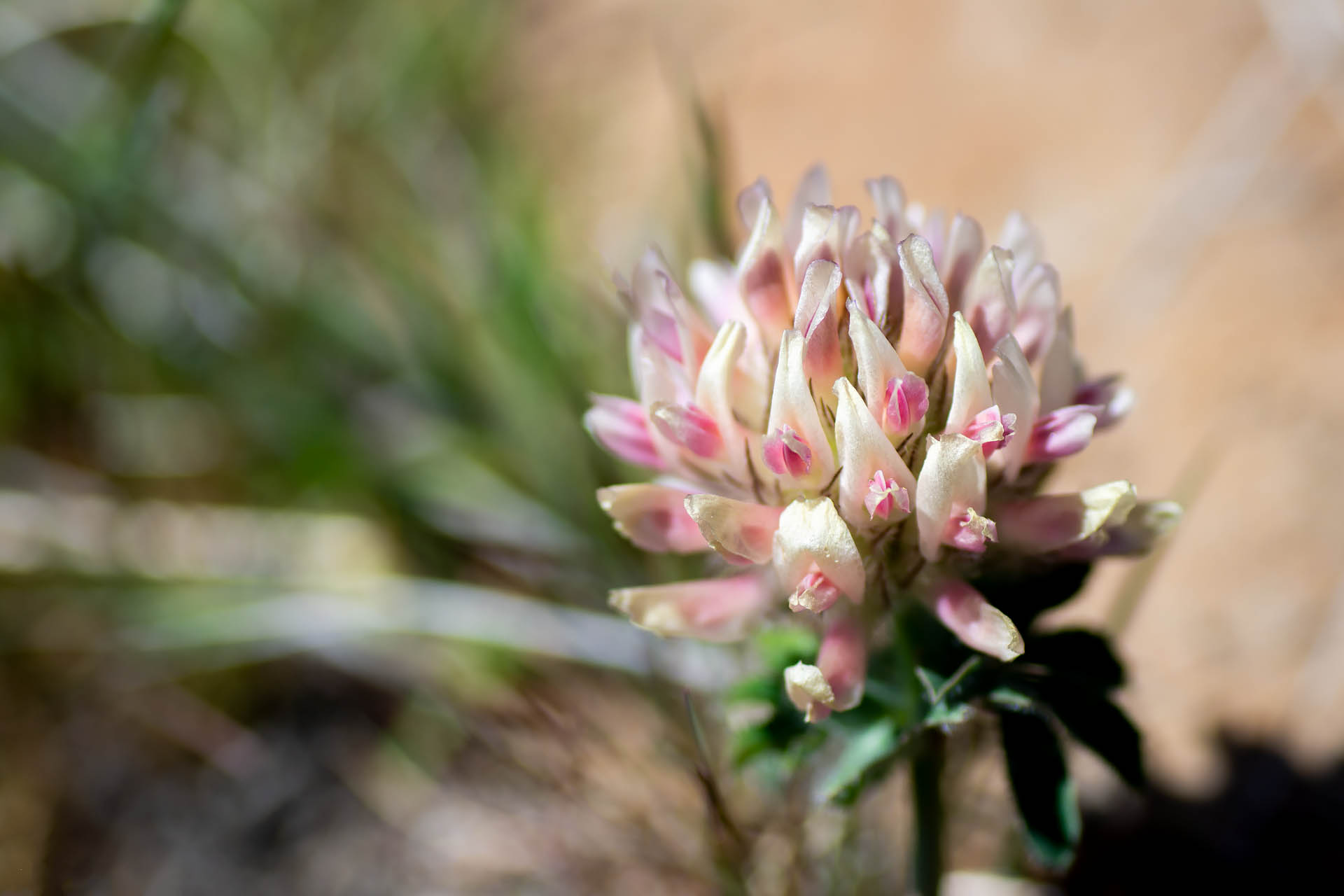 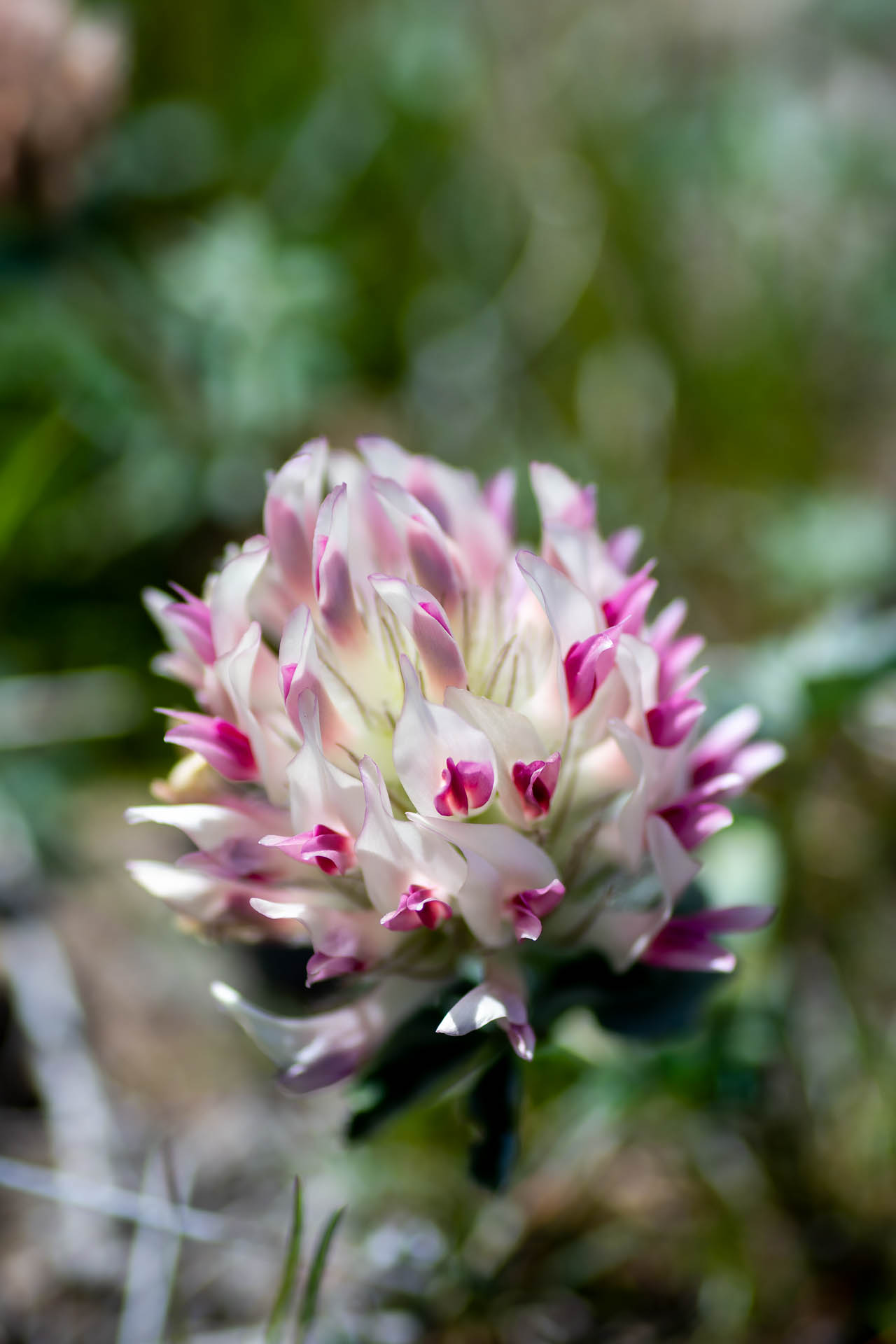 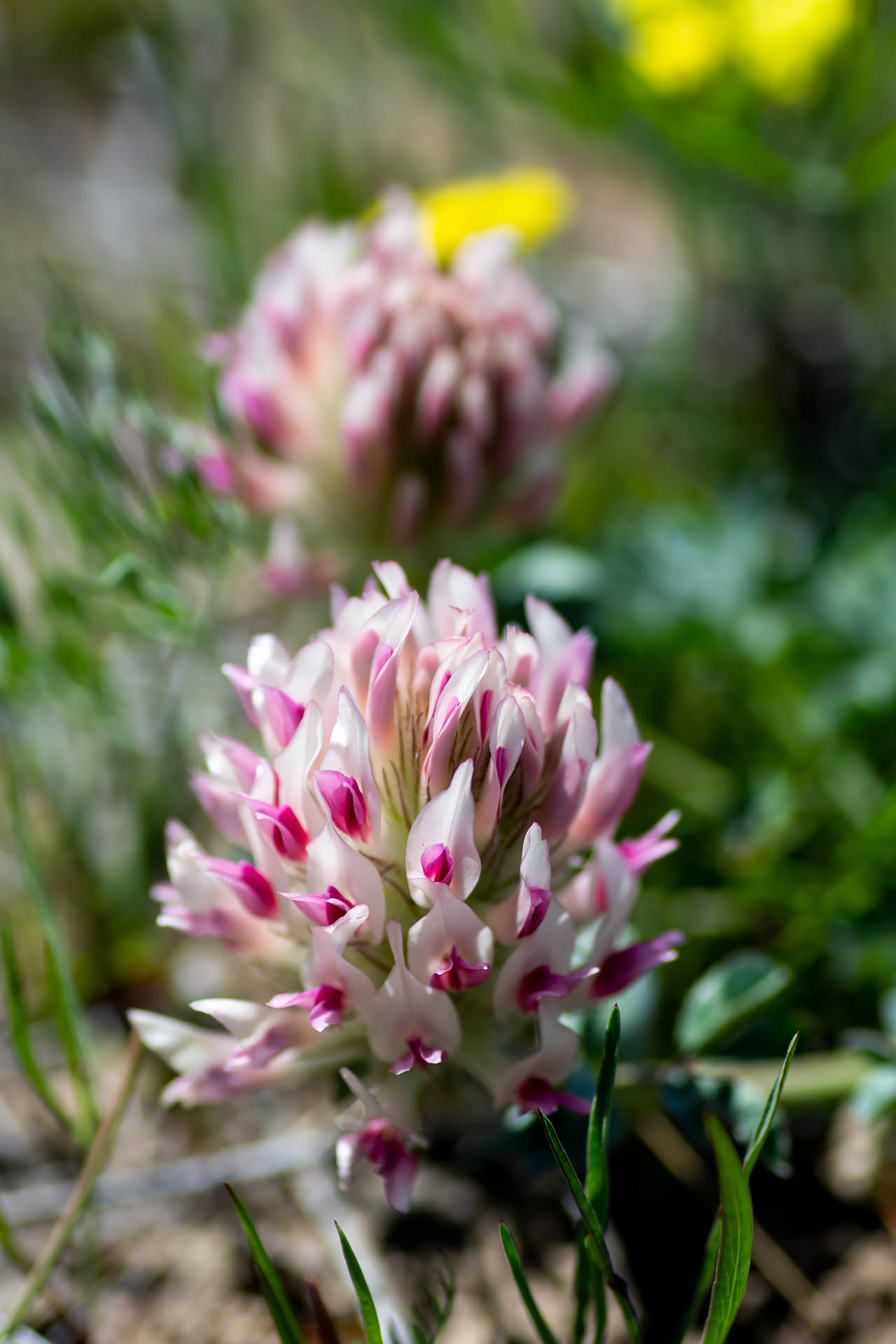 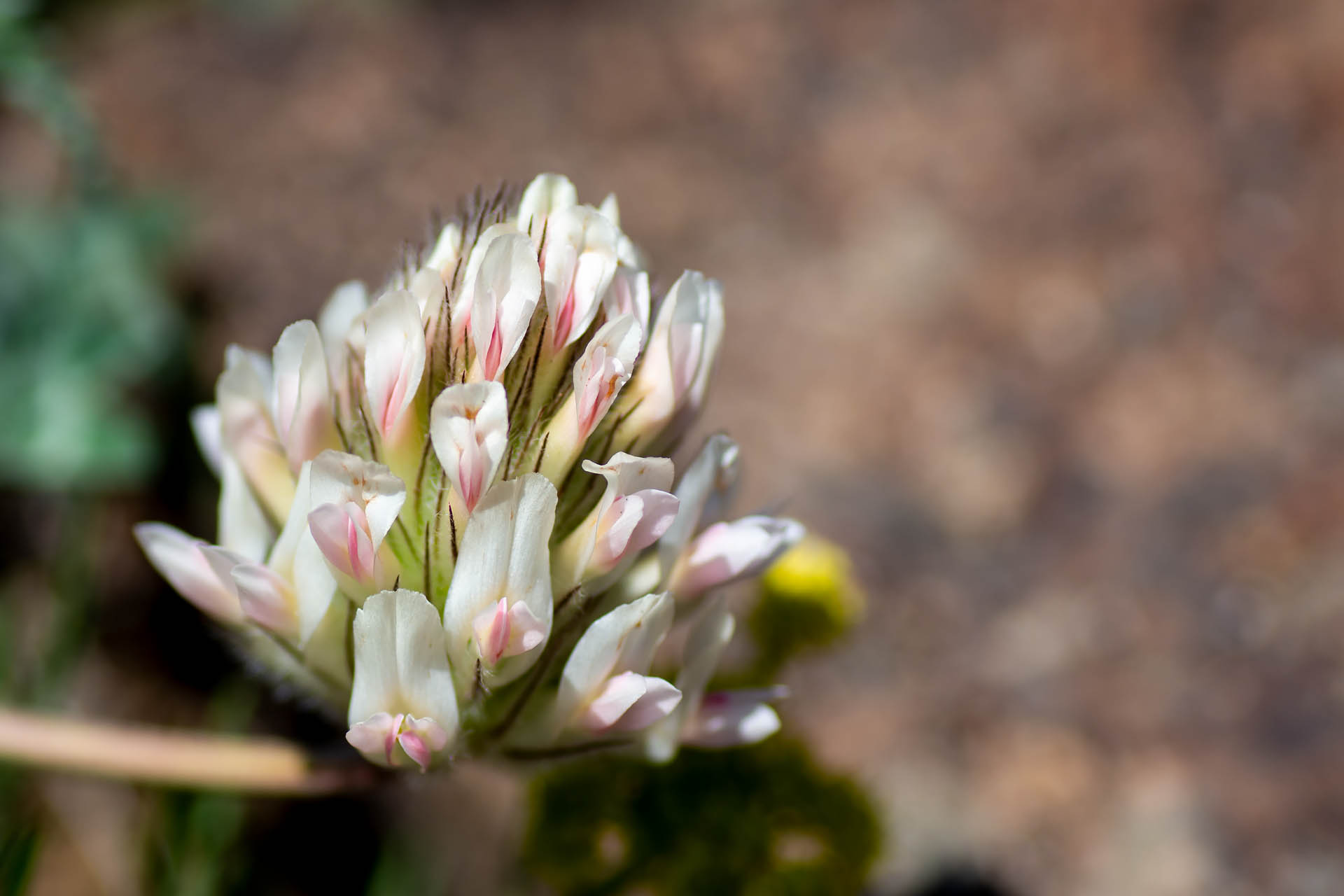 After a two-mile ascent, the still-colorful trail starts to level out, following the rim of Yakima Canyon. Looking down into the gorge, you get a bird’s-eye view of the Yakima River and nearly 500-foot-long Roza Dam. Built in 1939, the diversion dam redirects water for the Yakima Valley’s extensive agriculture. The irrigation is crucial for sustaining the arid region’s viniculture, orchards, and numerous hop farms. 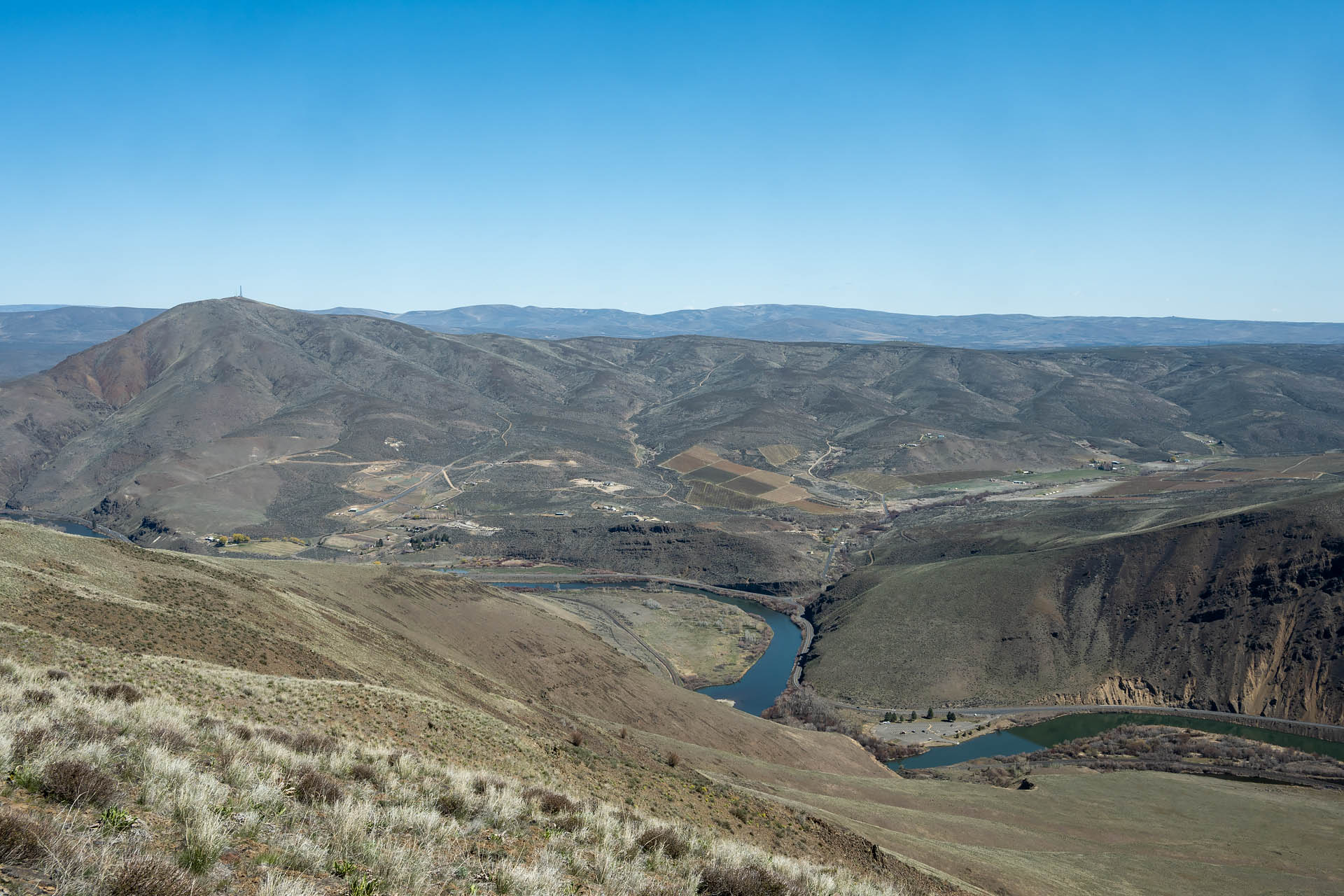 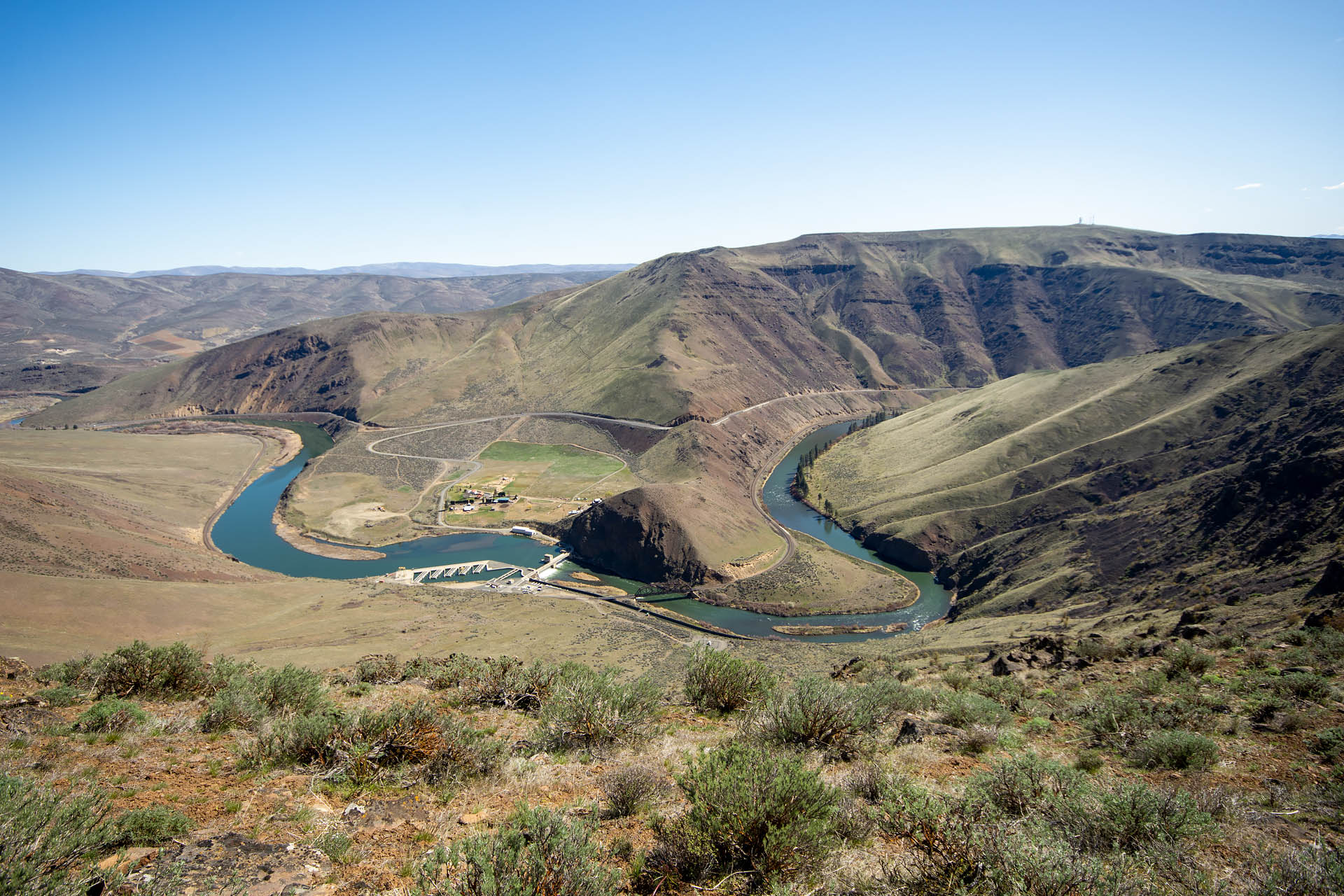 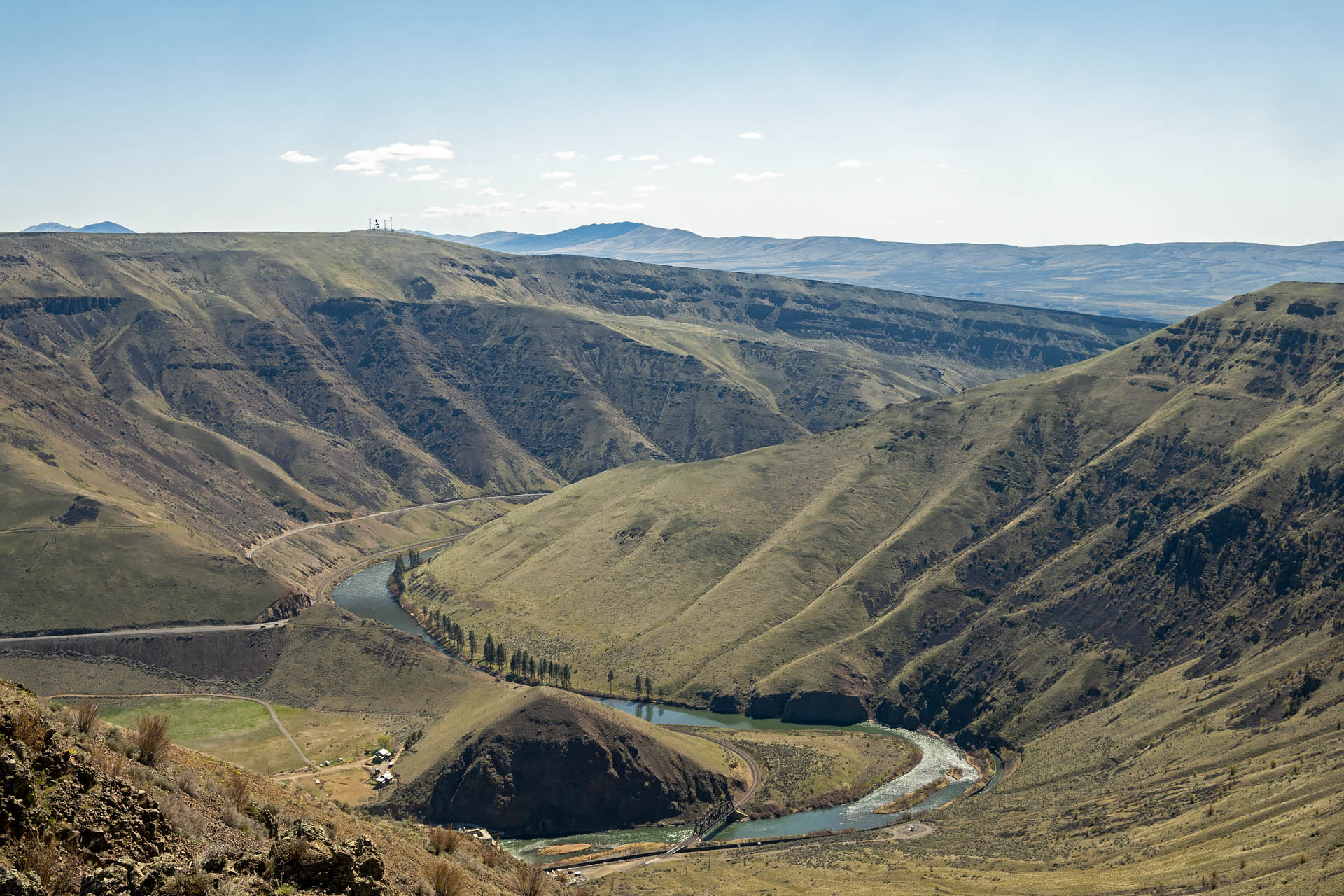 After about a mile of lightly rolling terrain, the trail climbs for about another mile to the ridge’s highpoint. This makes a great lunch spot, with views looking out to Mt. Adams and Mt. Rainier rising distantly above the Yakima Valley. 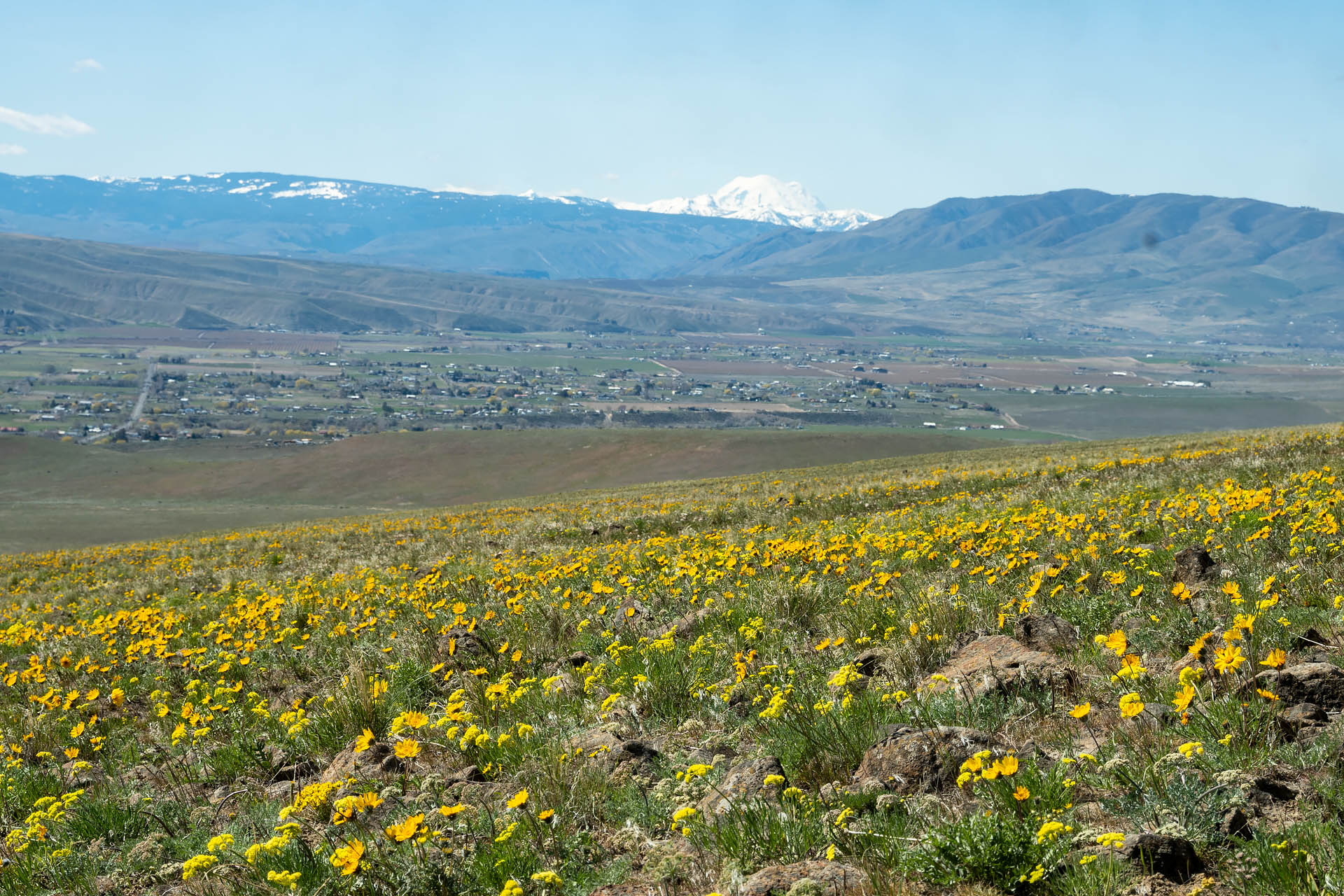 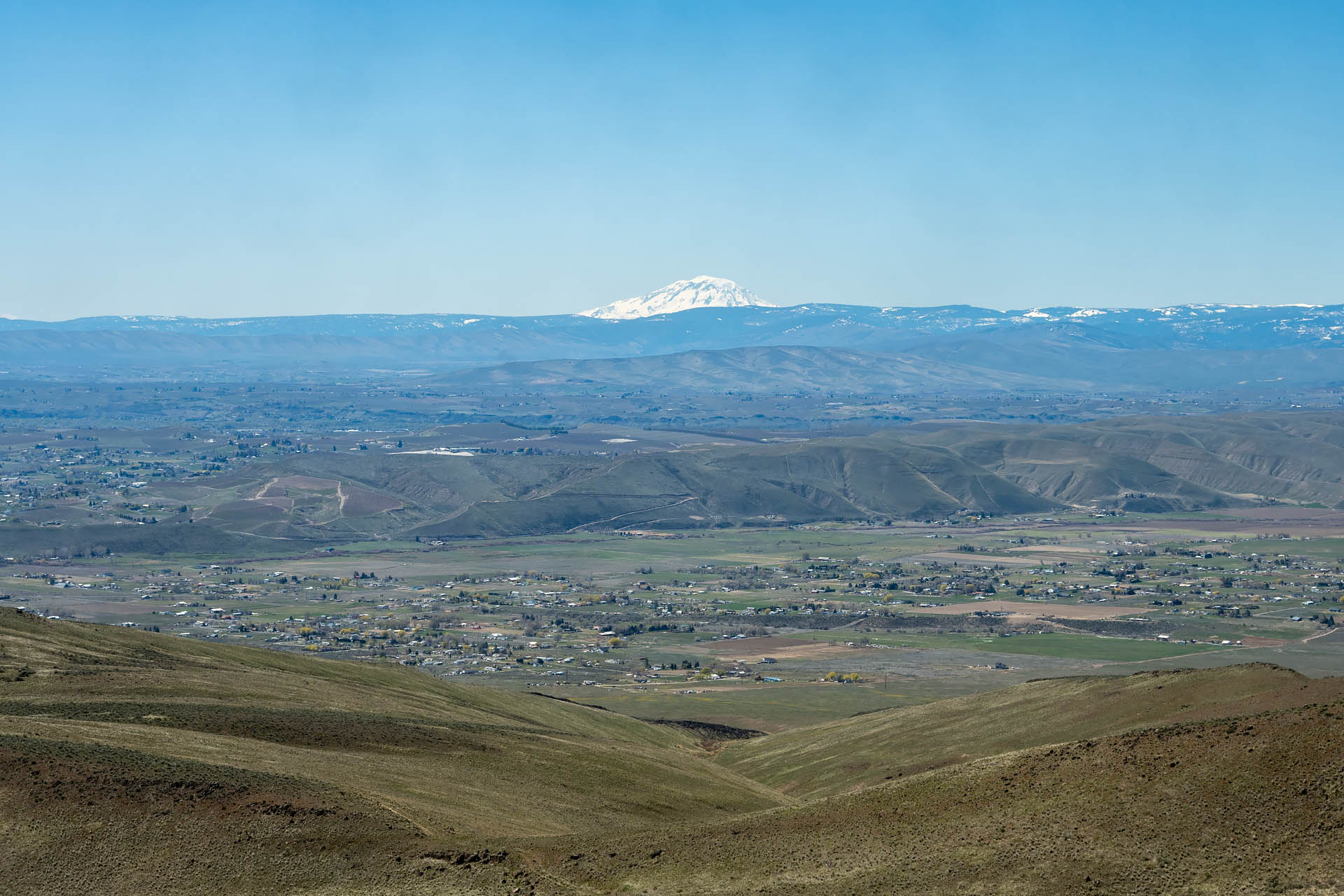 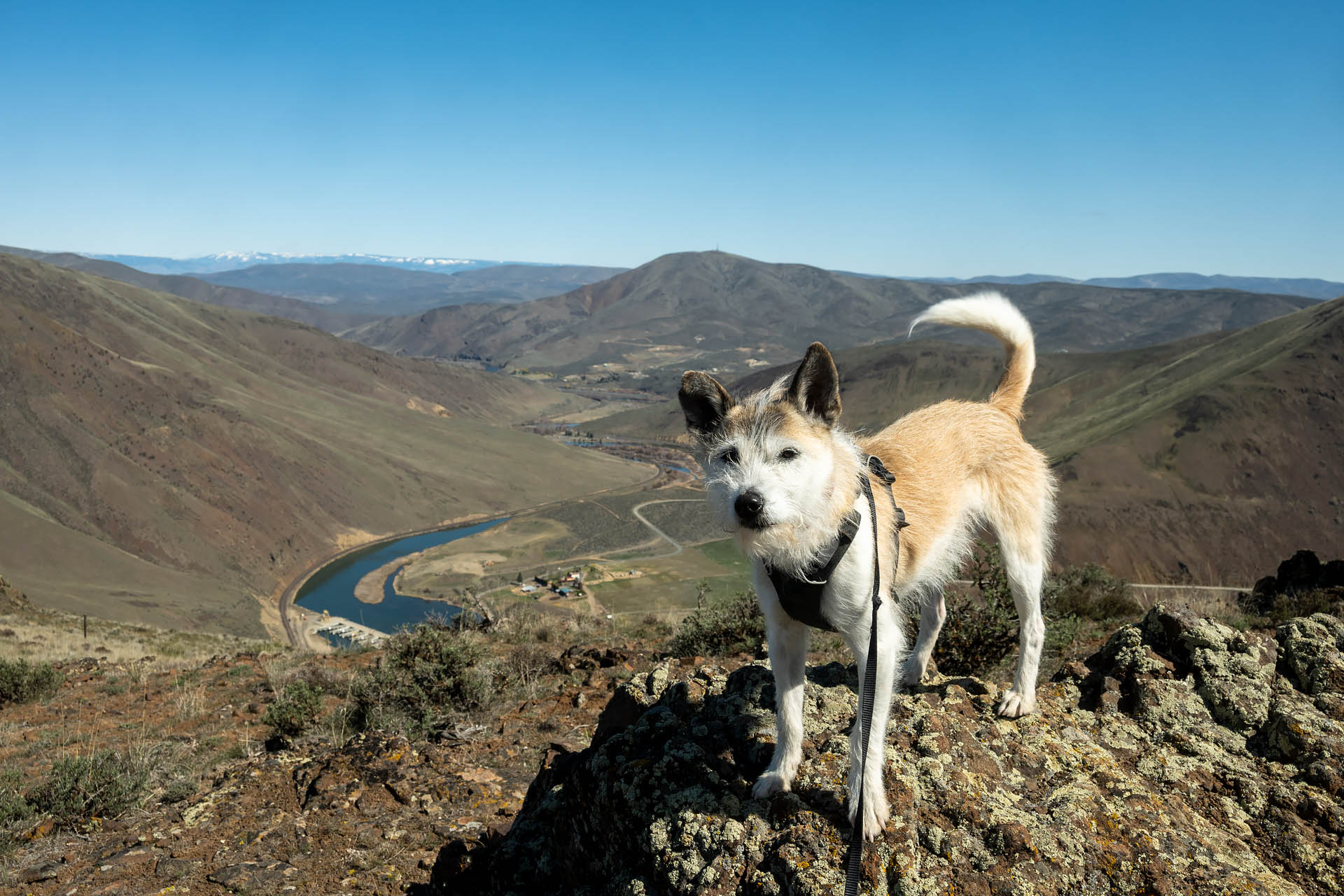 If you’re looking to avoid the snow on an early-season hike, this route is pretty nice. The views are decent and the hillsides rich with color if you go when the wildflowers are in bloom. Keep in mind that the trail is along an open ridge, though, so there’s not a stitch of shade. Bring plenty of water for you and your pup if you’re venturing out here on a hot, sunny day. 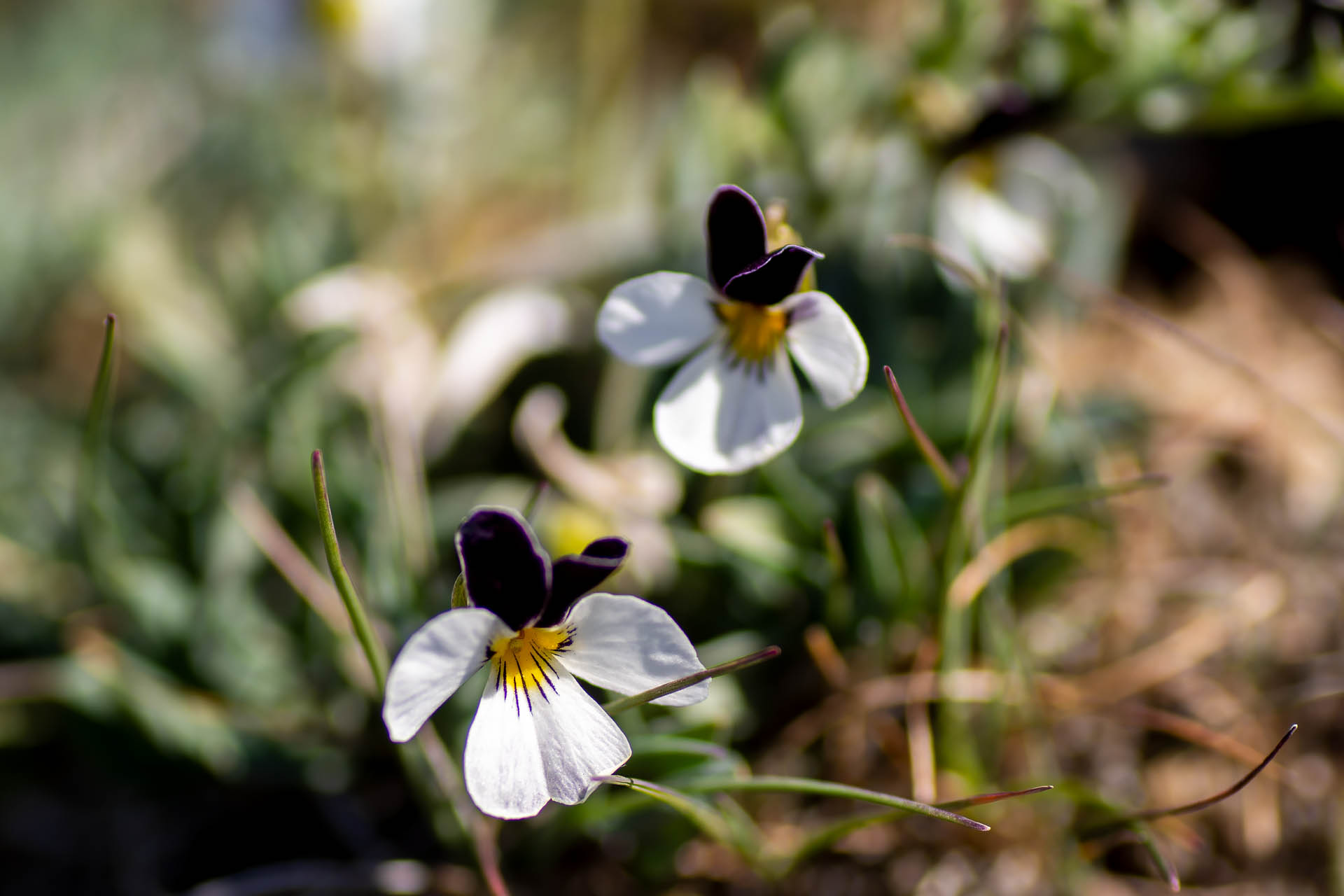 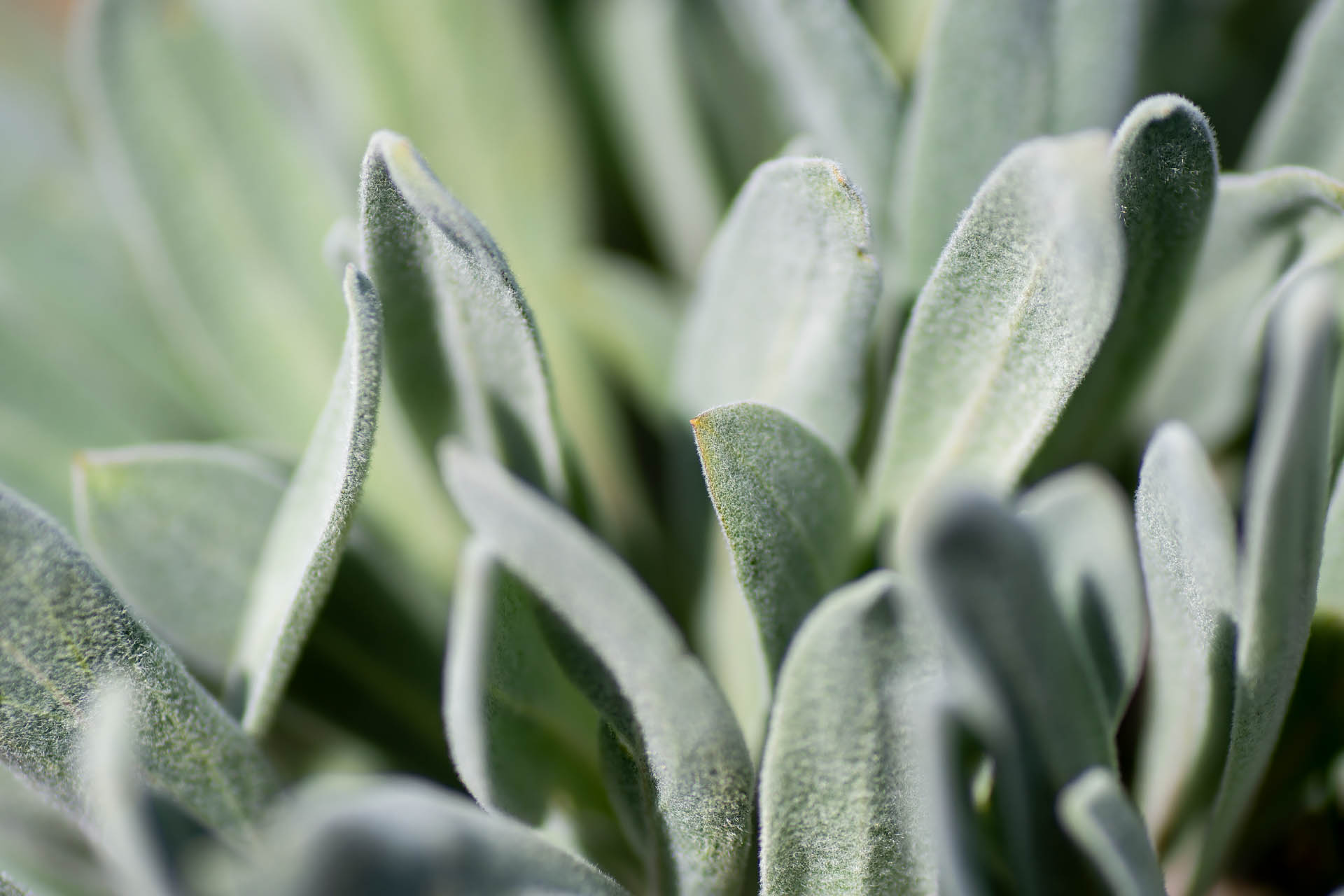 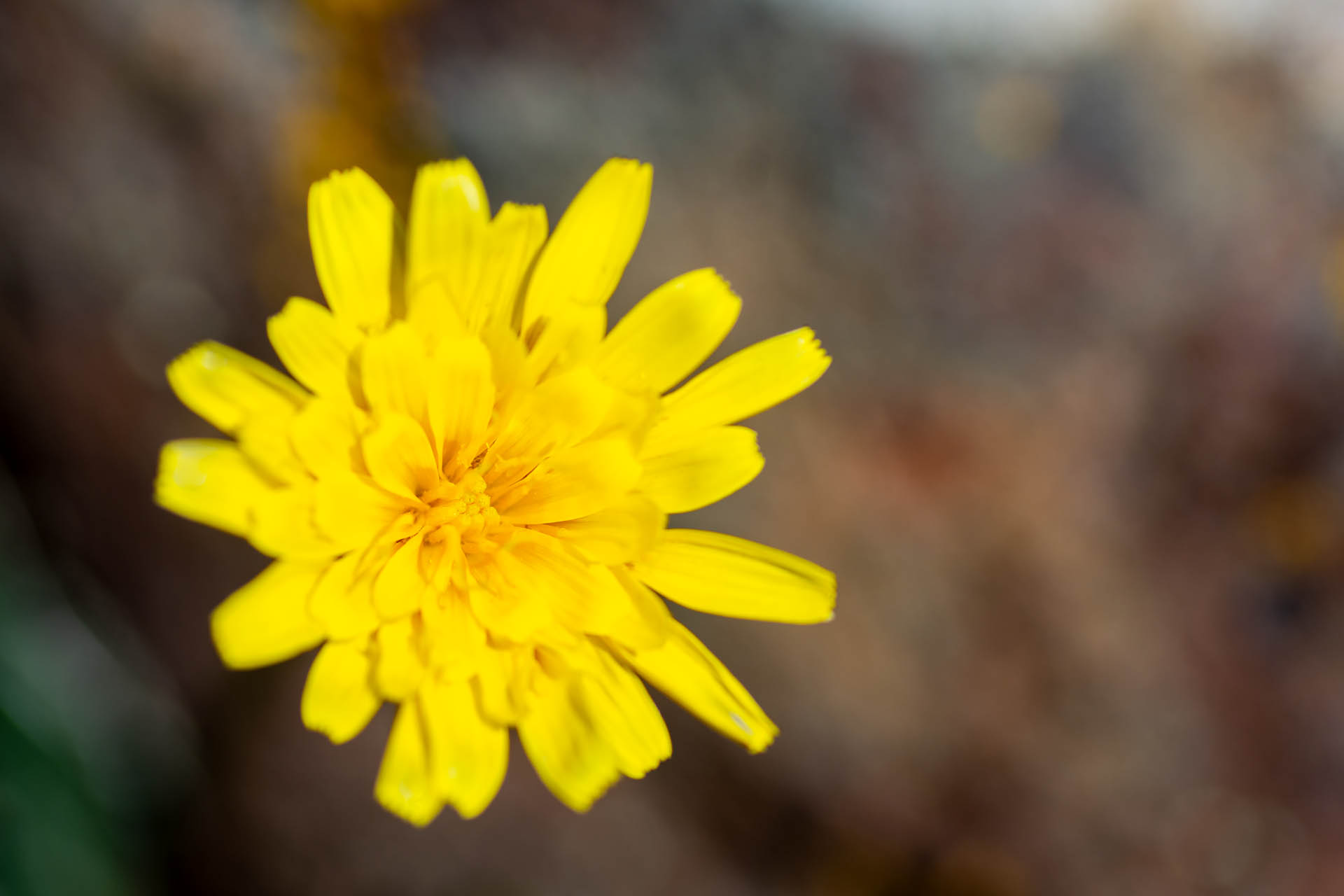 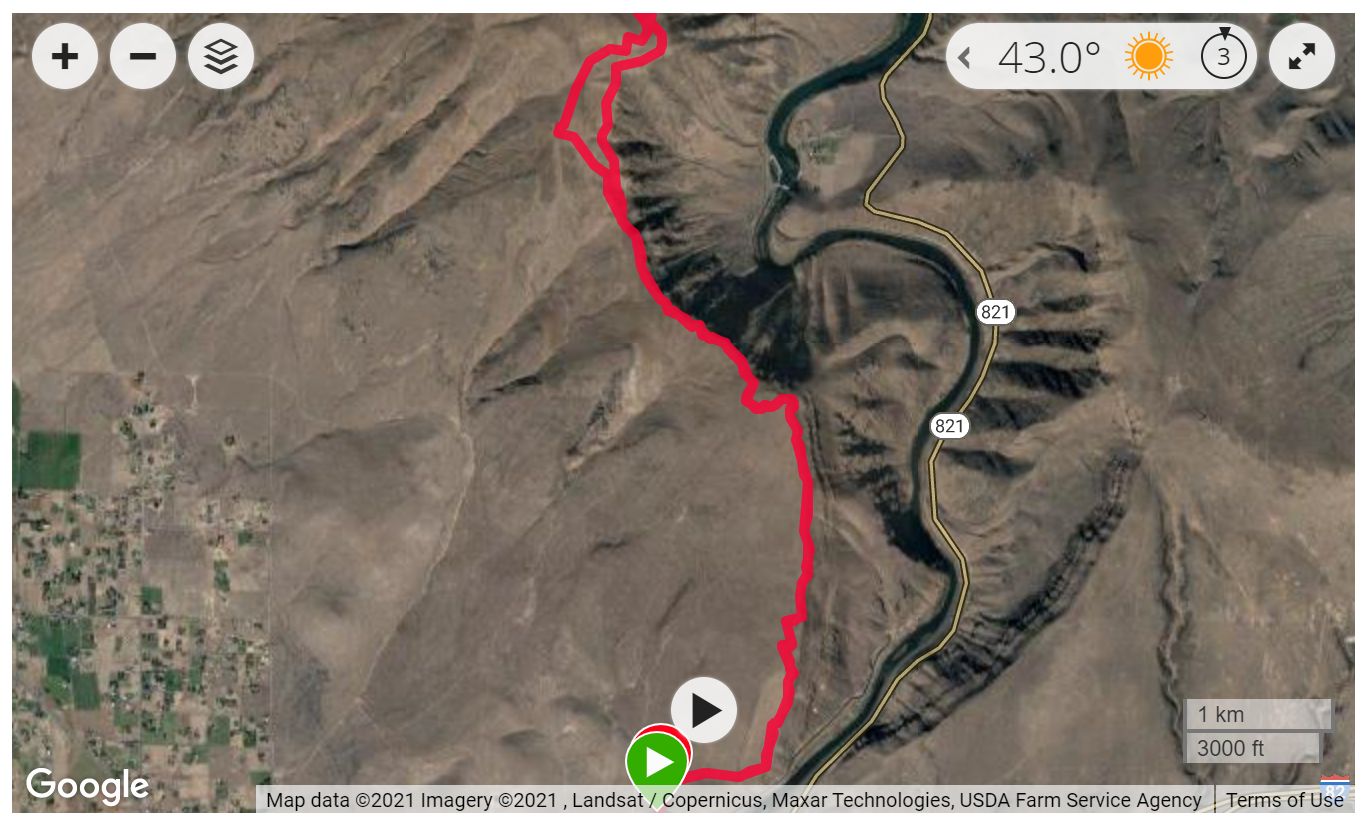