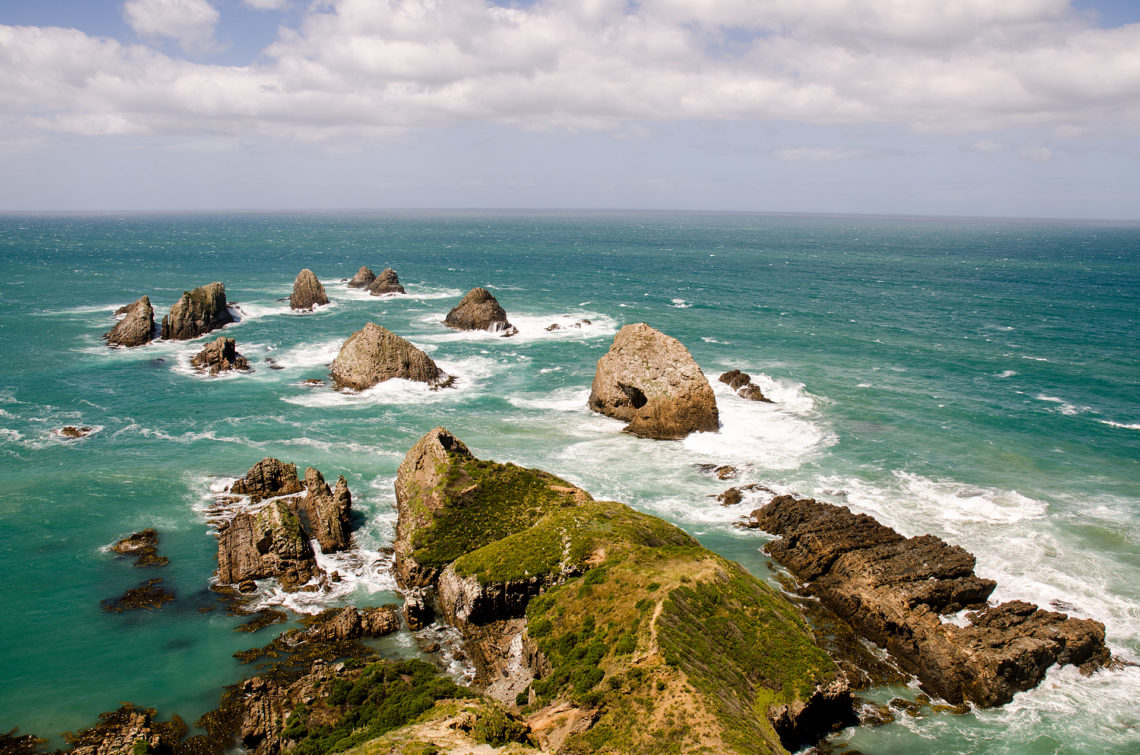 When we arrived in Christchurch last week, we asked Bernd from Euro Campers if he had any favorite spots on the South Island. His reply was, ‘The Catlins.’ At the very south of the country, the Catlins is an area encompassing lush forests, rolling hillsides, and jagged coastline, and is off the well-beaten tourist path. We figured we’d give it a whirl. Our plan was to eventually head to the west coast to see Fiordlands National Park, Queenstown, and the glaciated peaks of the Southern Alps. Dipping south to take the Scenic Southern Route through the Catlins added a mere hour to the drive, and allowed us to break the now six-hour east-to-west trek into two pieces.

The drive did not disappoint. We passed through a little town called Balclutha (“big river town”) that had an absolutely beautiful arched bridge over the Clutha river. We hopped out of the campervan and walked across the bridge to take in the views. Continuing along the coast, we were met with abundant views of tall bluffs abruptly meeting the stunning blue ocean, and white-capped, turquoise waves crashing onto pristine shores. 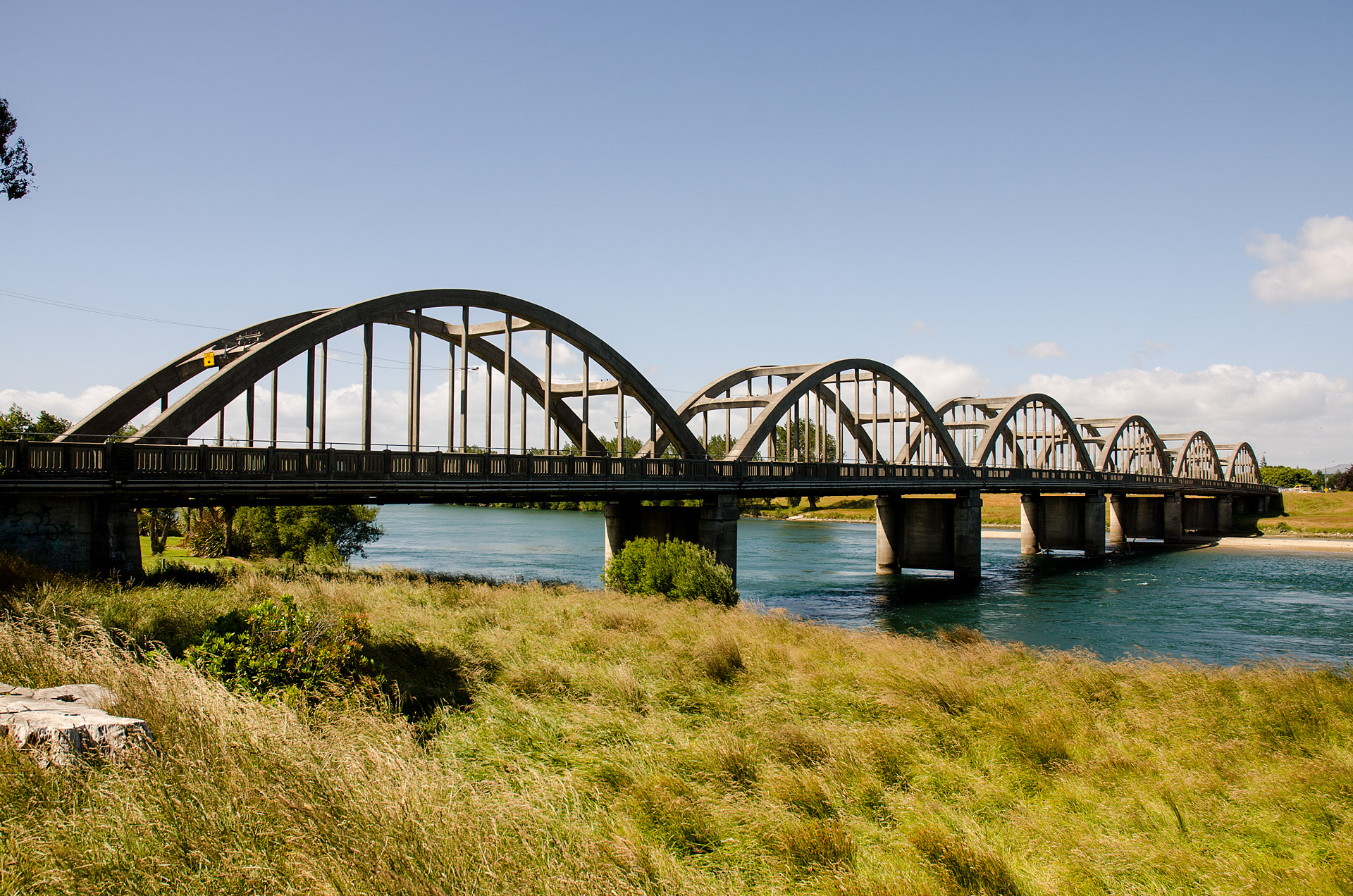 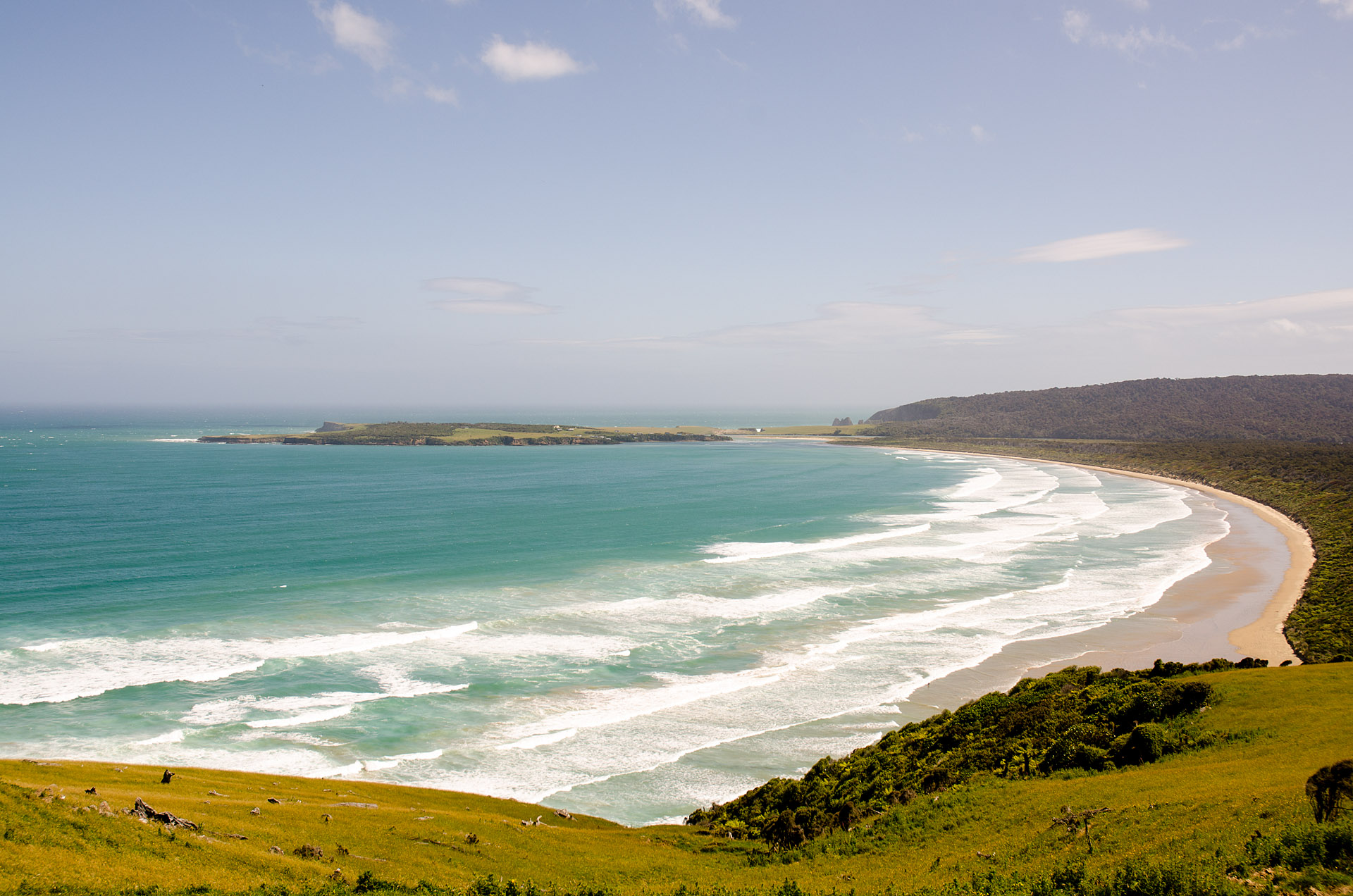 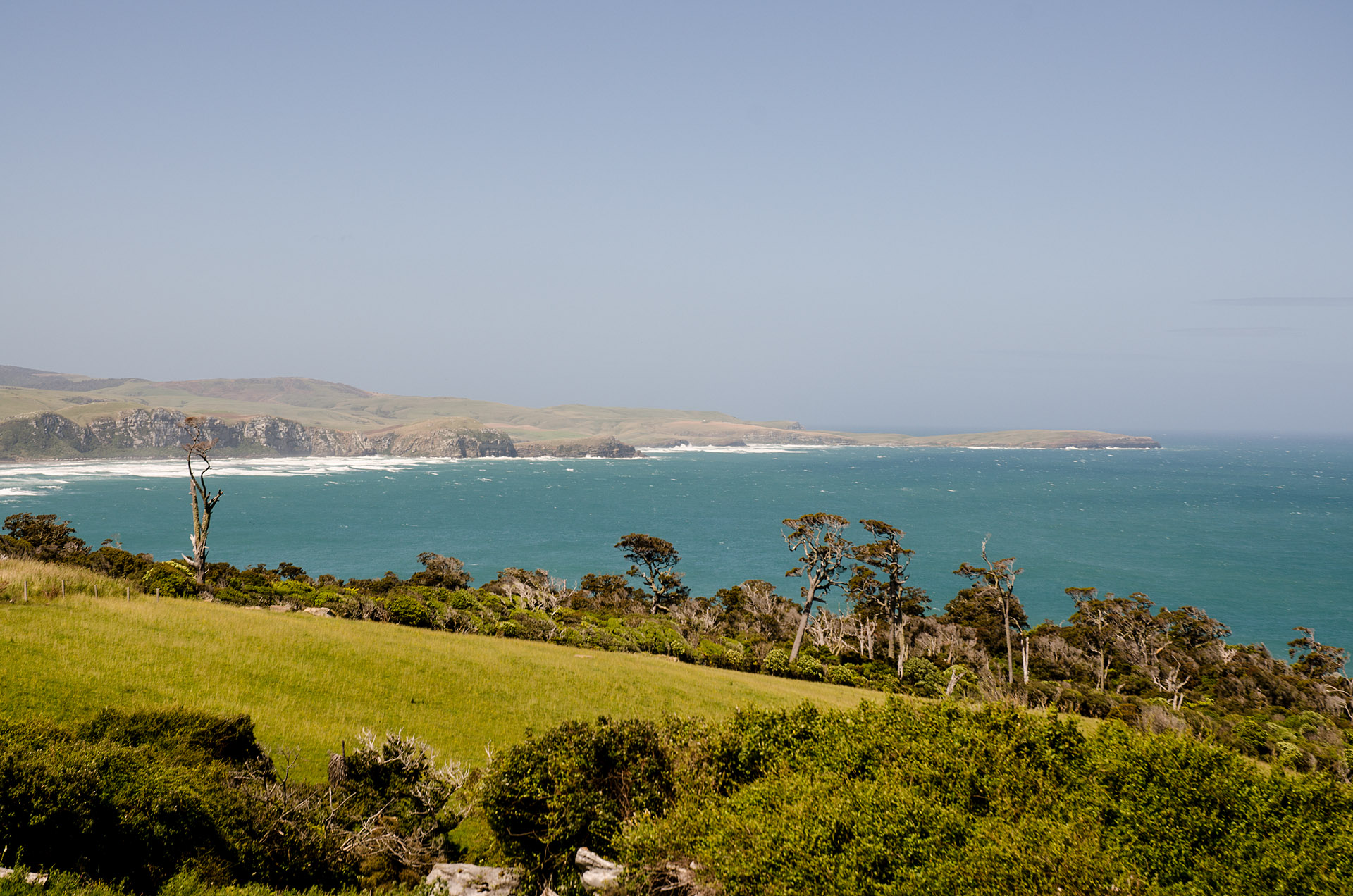 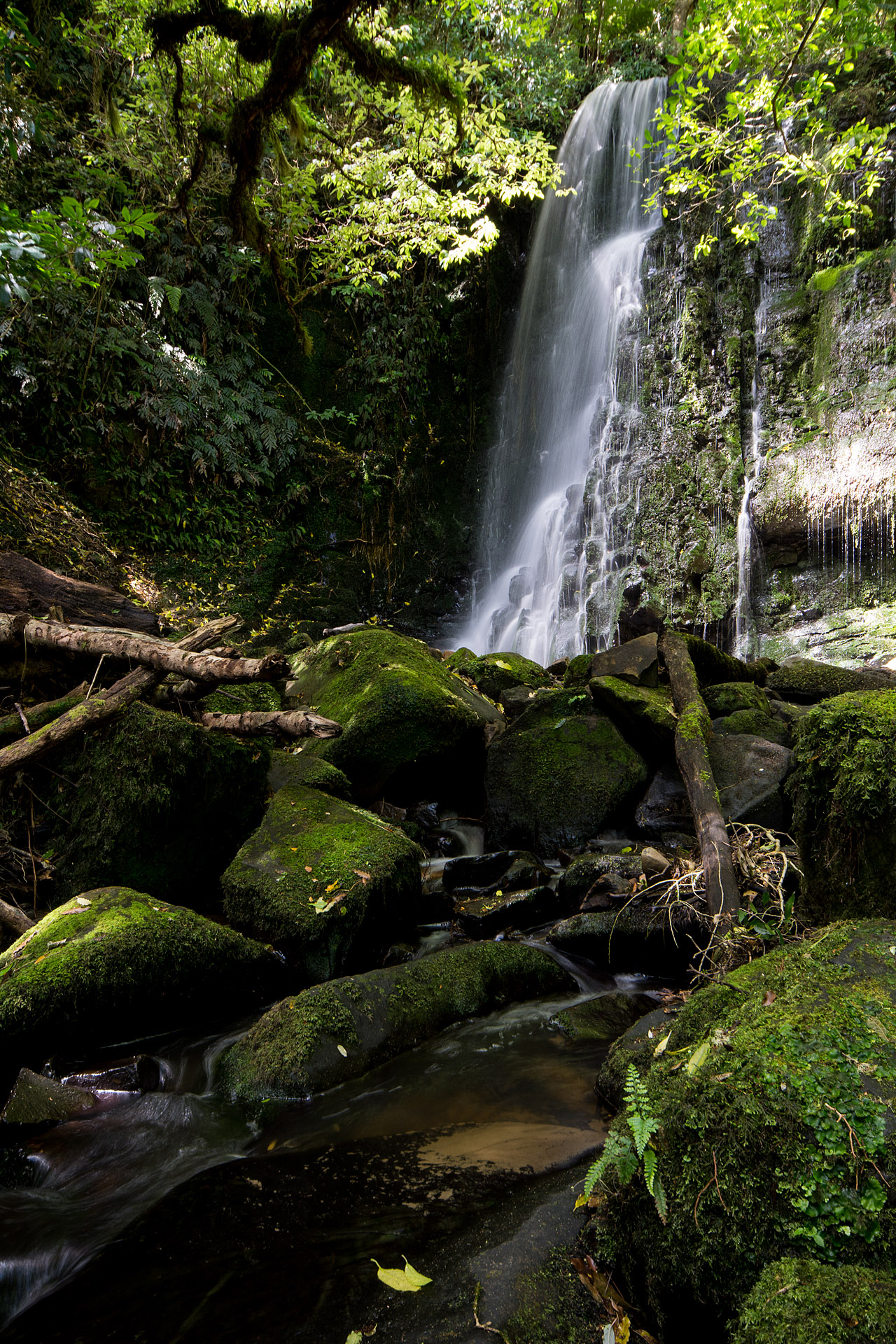 Along the Catlin Coast is an outcropping called Nugget Point. This spot was recommended to us by a local in Moeraki who, coincidentally, echoed Bernd’s fondness for the lesser known Catlins region. Balanced on the crest of a sheer cliff sits the squat Nugget Point Lighthouse. A short, half-mile footpath winds around the hillside and up to the lighthouse. Unexpectedly, we were absolutely blown away by the views from the top. On either side of us, craggy rock faces tumbled dramatically to the transparent, aquamarine sea, and enormous monoliths jutted out of the swirling currents below. 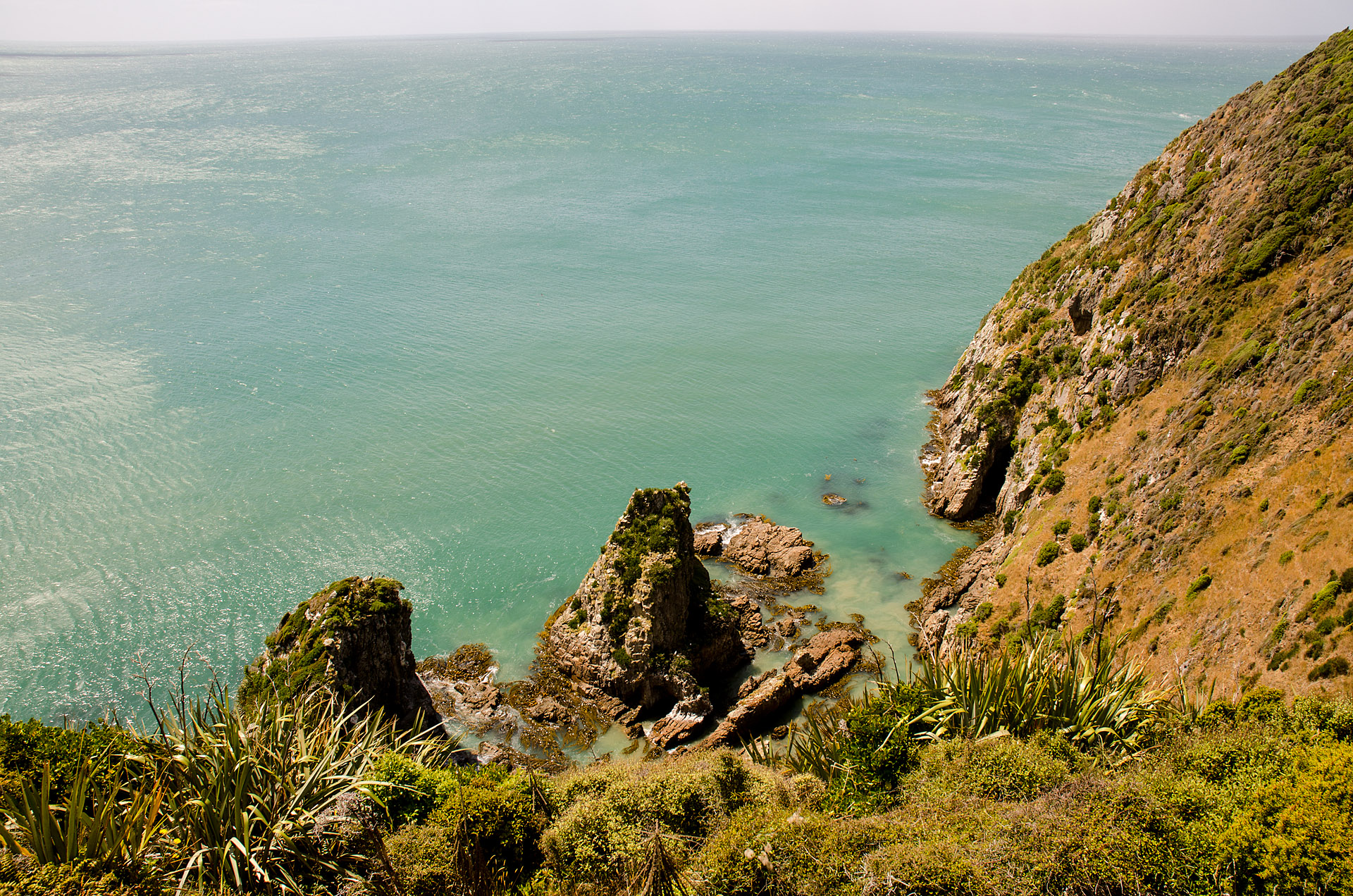 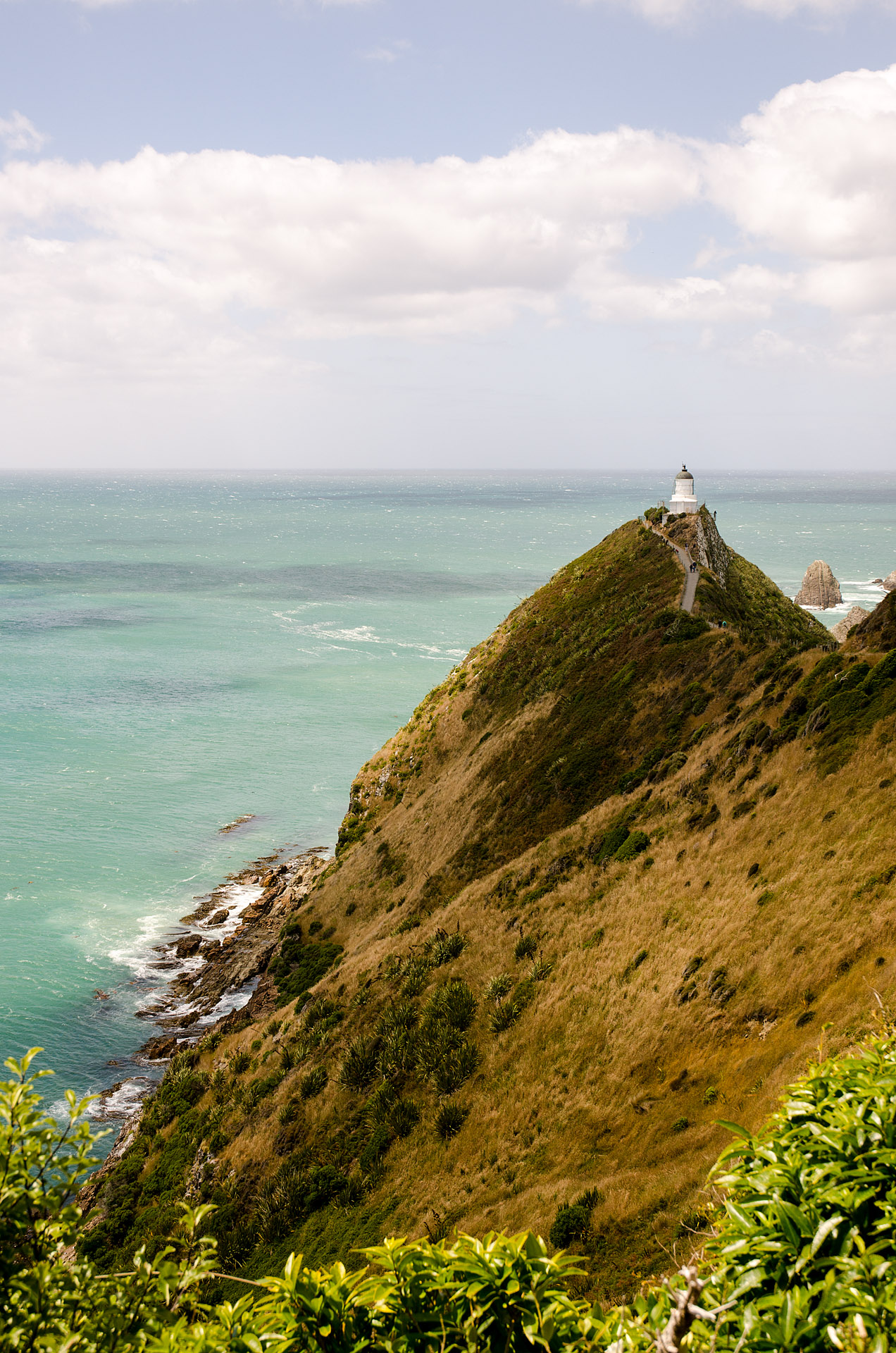 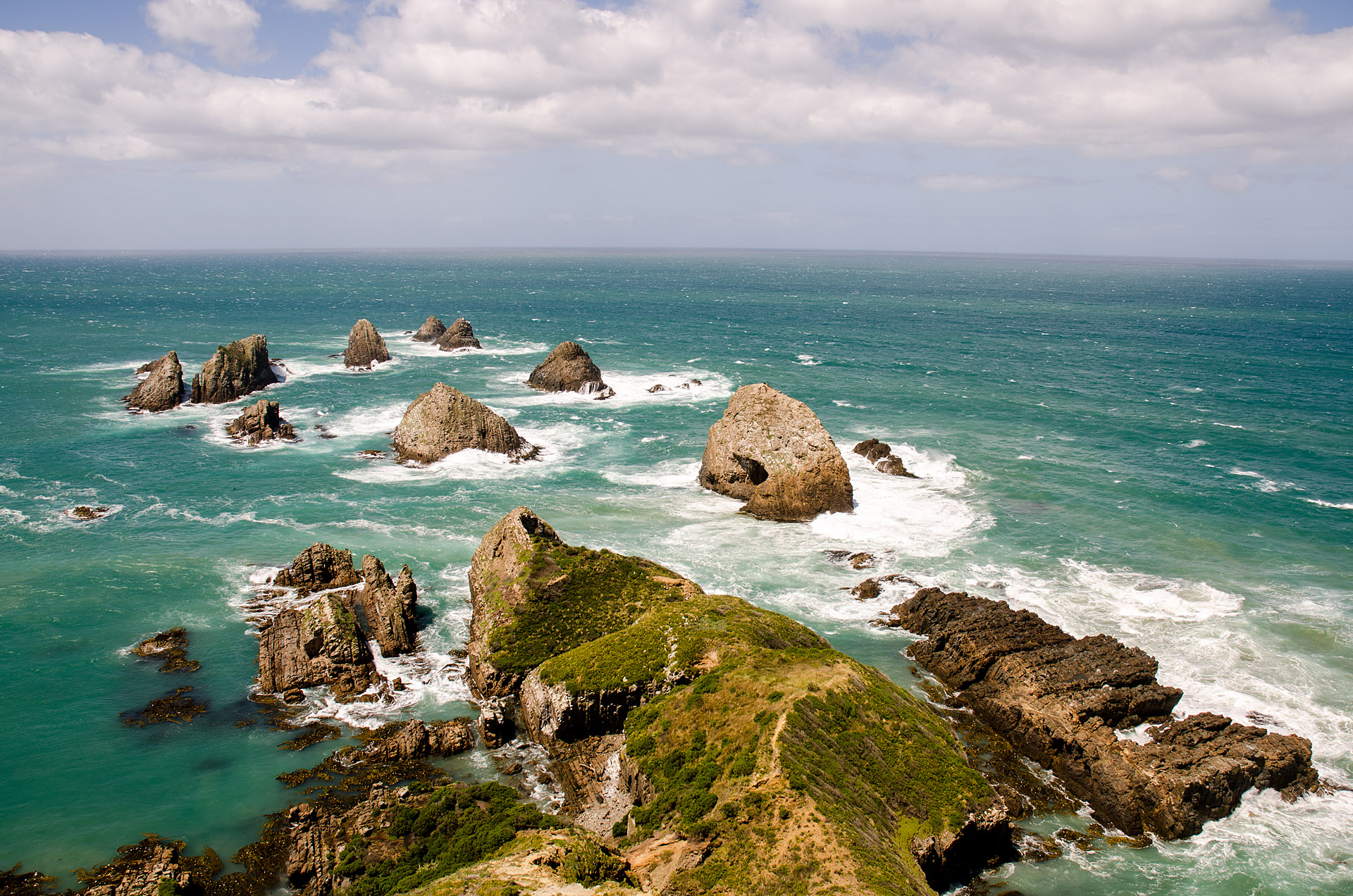 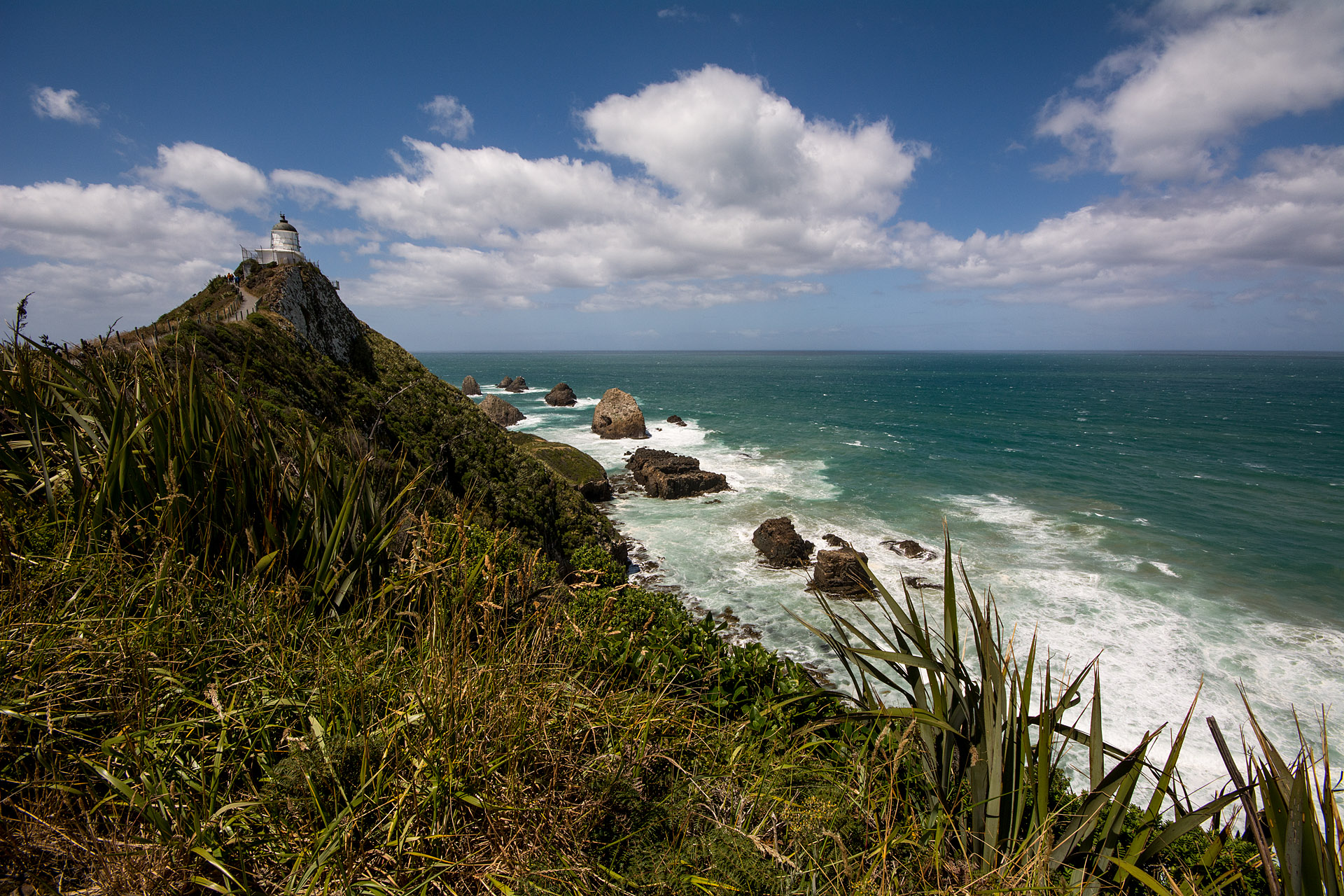 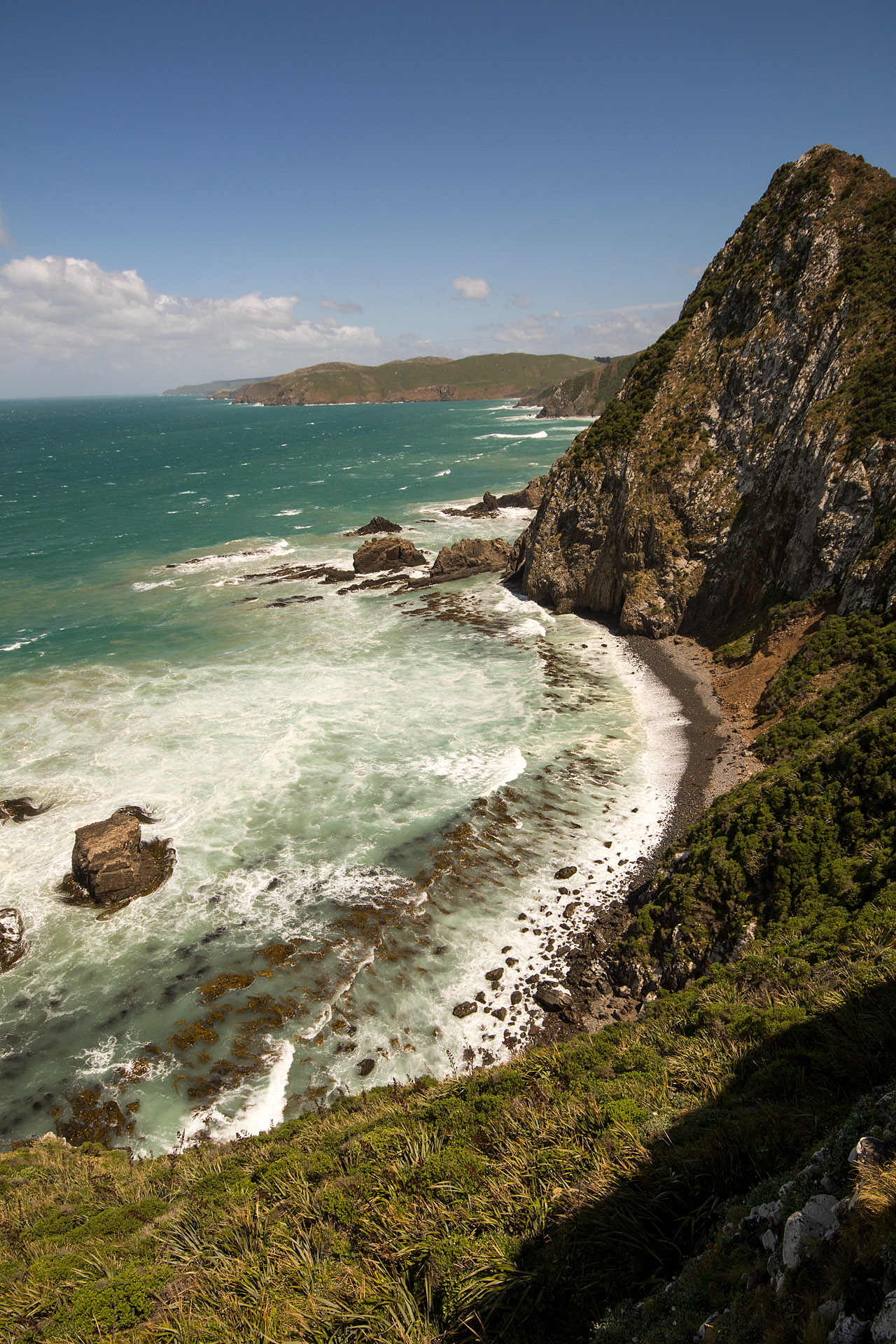 About 50 miles west we visited Curio Bay, which contains an ancient, petrified forest. It is estimated that a forest existed there around 180 million years ago before New Zealand was an island. Volcanic debris slowly covered the forest and encased it in ash and mud. Around 100 million years ago, New Zealand split away to form an island, which exposed the area to the ocean. Eventually, the pounding water wore away the clay and sandstone and has uncovered this petrified forest. Many rocks contain the hardened stumps of old trees while, in other areas, entire felled trunks are visible. Since it is a protected area and visitors cannot remove anything, there’s also an astonishing variety of beautiful shells covering the beach. 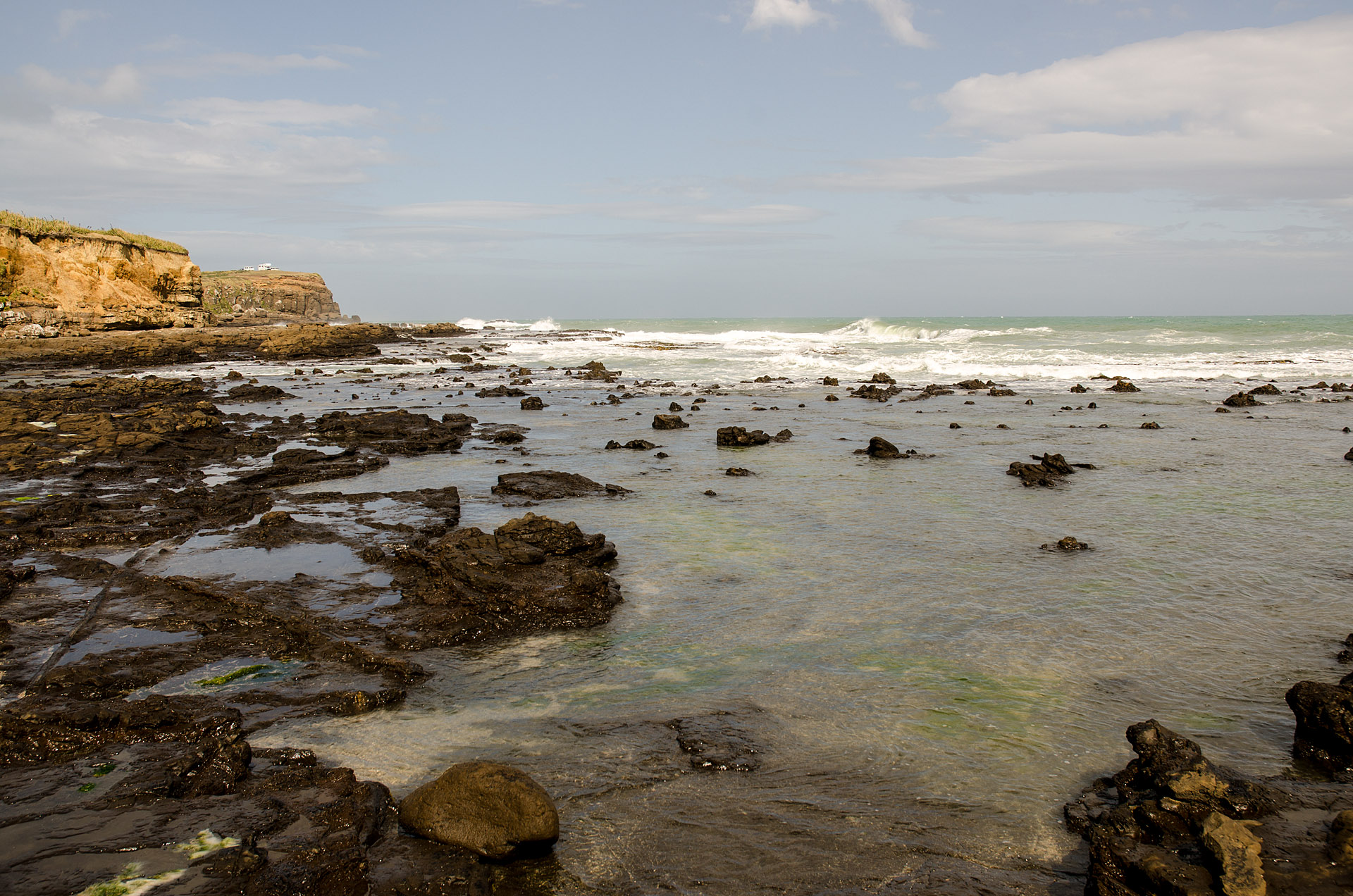 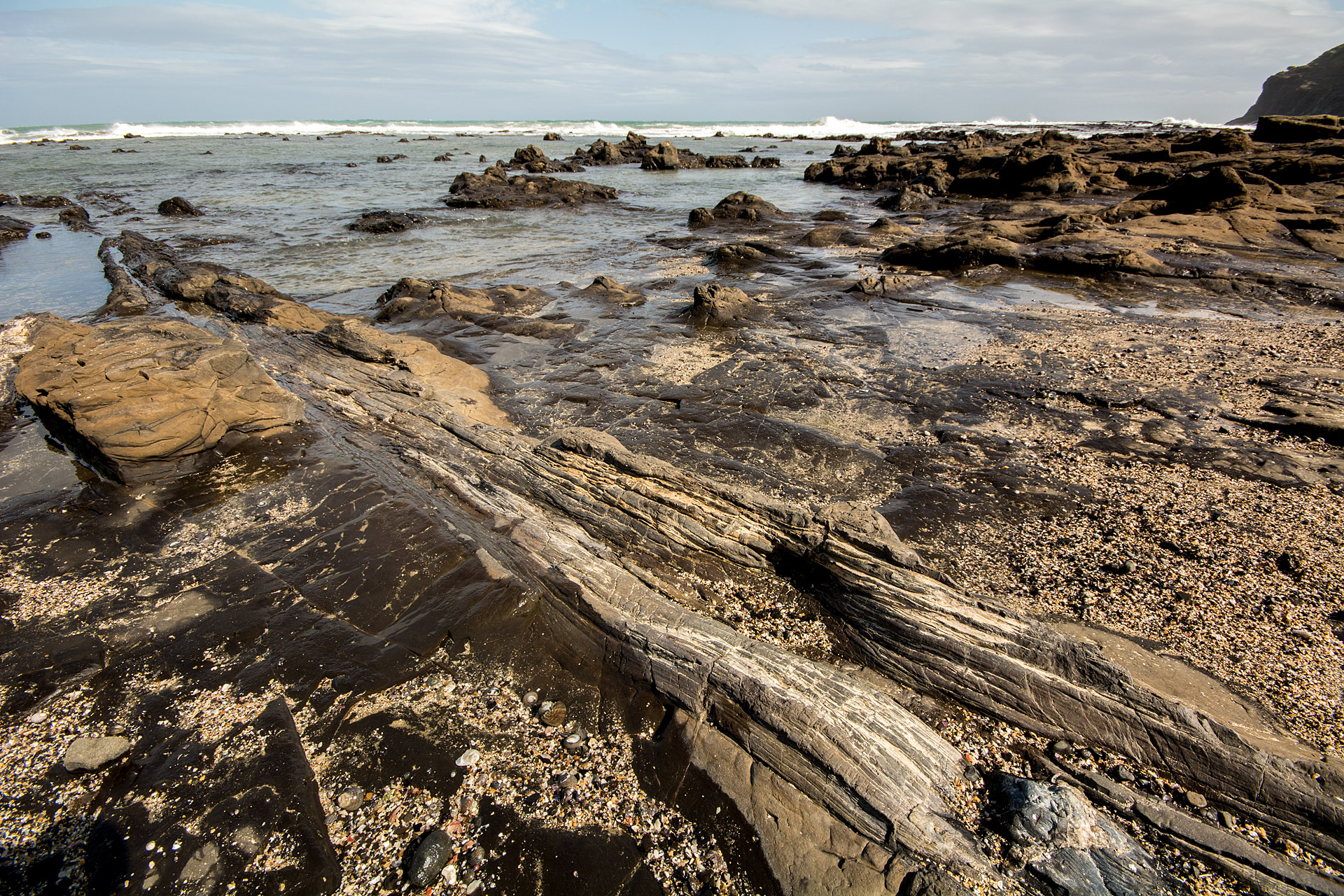 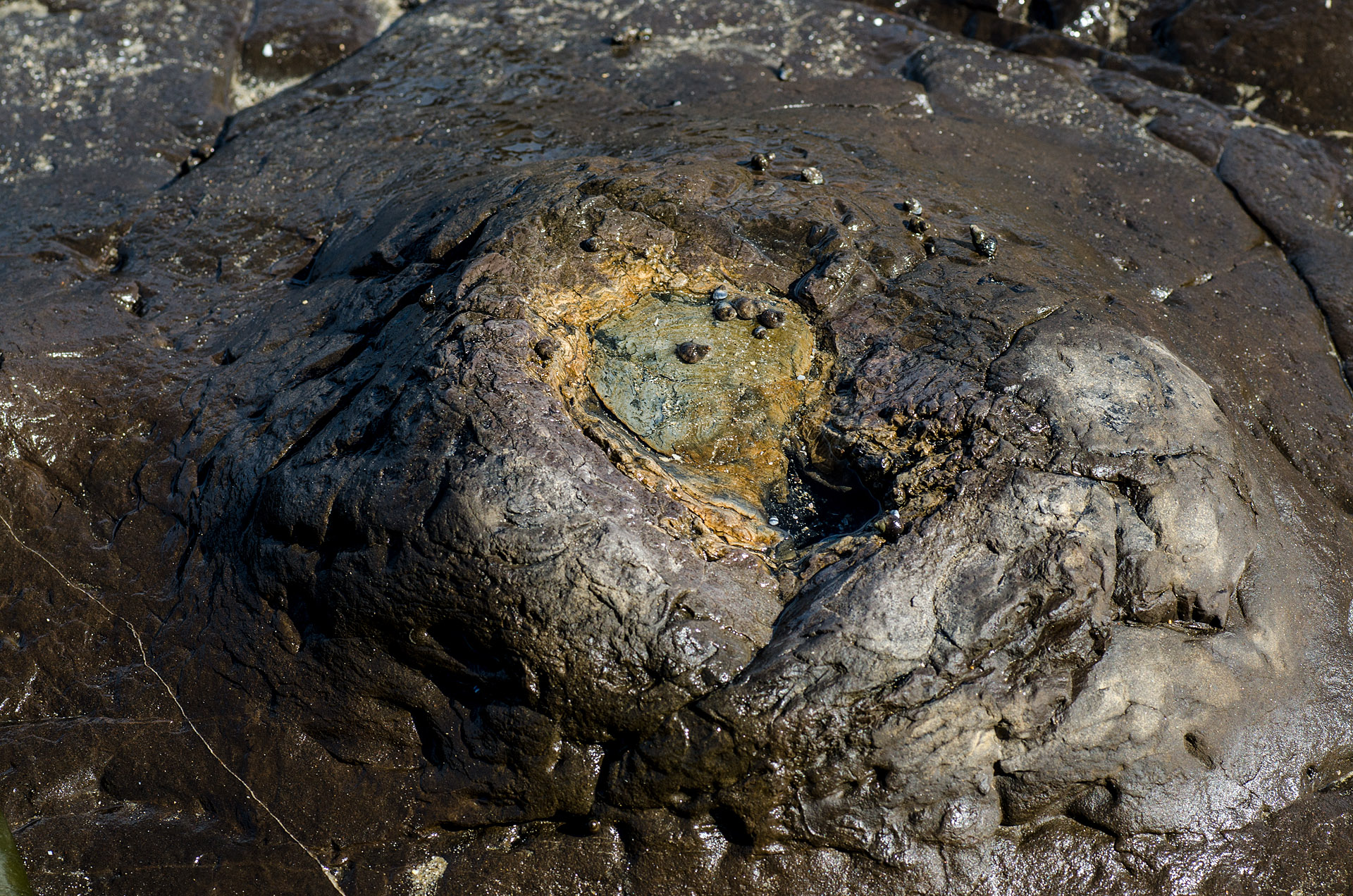 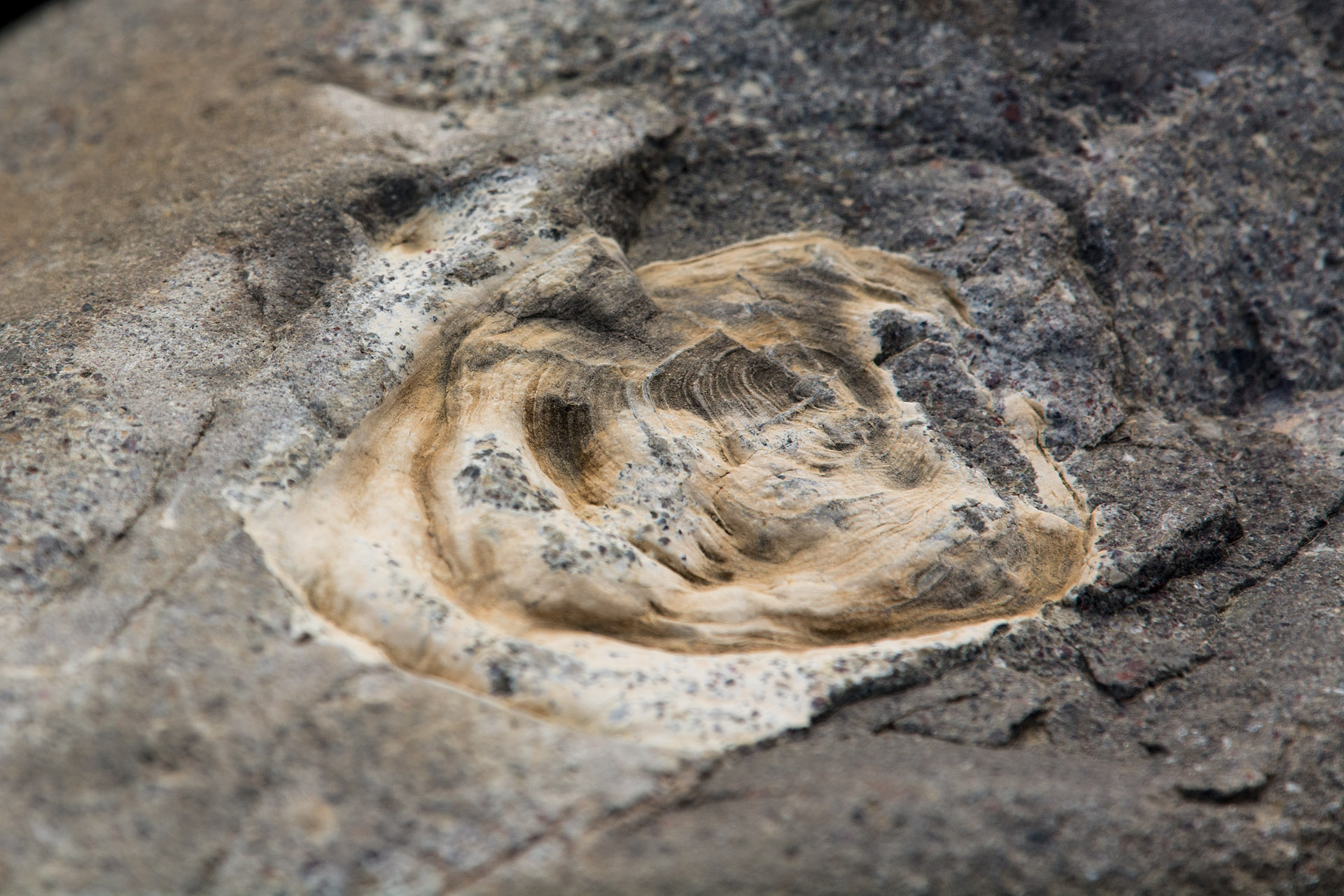 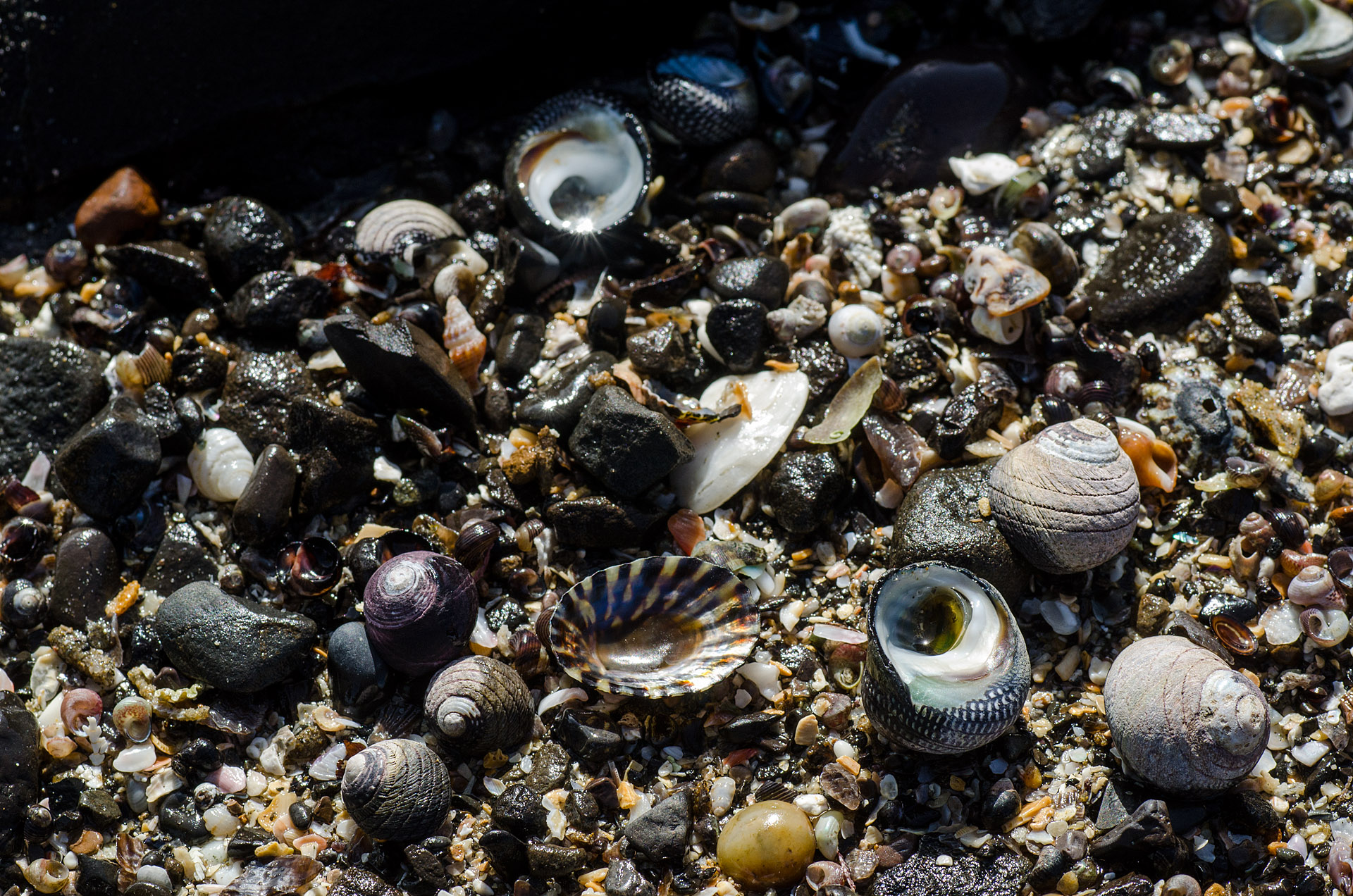