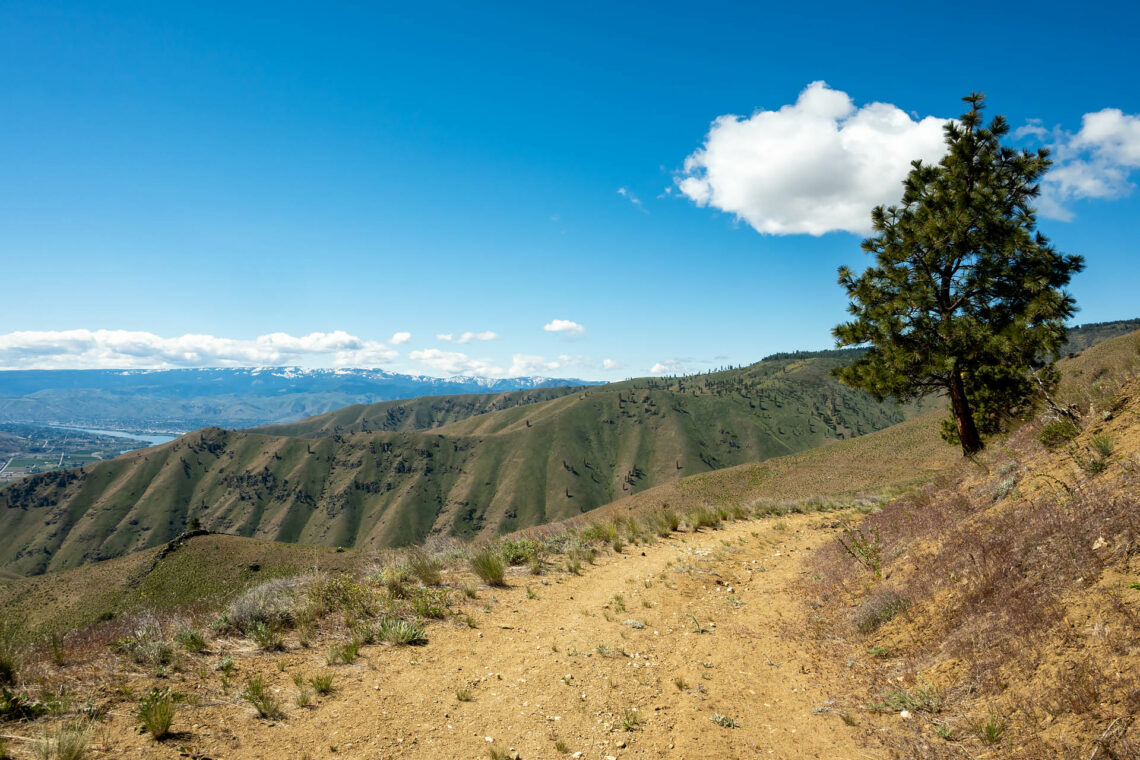 About 30 minutes north of Wenatchee and less than an hour from Leavenworth, Swakane Canyon sits just across the Columbia River from Lincoln Rock State Park. Swakane Canyon seems to be a pretty lightly-trafficked area, which drove our decision when we selected it for a Sunday hike. With too many hikers competing for too few trails with the enduring spring snowpack, this at least sounded like a quieter option than nearby Sage Hills in Wenatchee or Icicle Ridge back in Leavenworth.

The Swakane Canyon Trailhead is located beside a small parking area about three miles up Swakane Canyon Road, just off US-97 ALT. The last mile and half or so of road is pretty rough and rutted, but we didn’t have any issues with the trusty Crosstrek.

Rather than a maintained hiking trail, the Swakane Canyon route actually follows a gated-off portion of former National Forest Development Road NF-5215. The route switchbacks gradually up the open hillside along the vestiges of the mountain road, climbing around 2,500 feet in the 5.4 miles to the top of the pass. With the barren slope completely devoid of trees, there are views virtually the entire way up – first looking back into the canyon, then peeking out at the Columbia River and Turtle Island to the east, and culminating with a glimpse of Wenatchee with a line of snow-capped peaks floating in the distance. 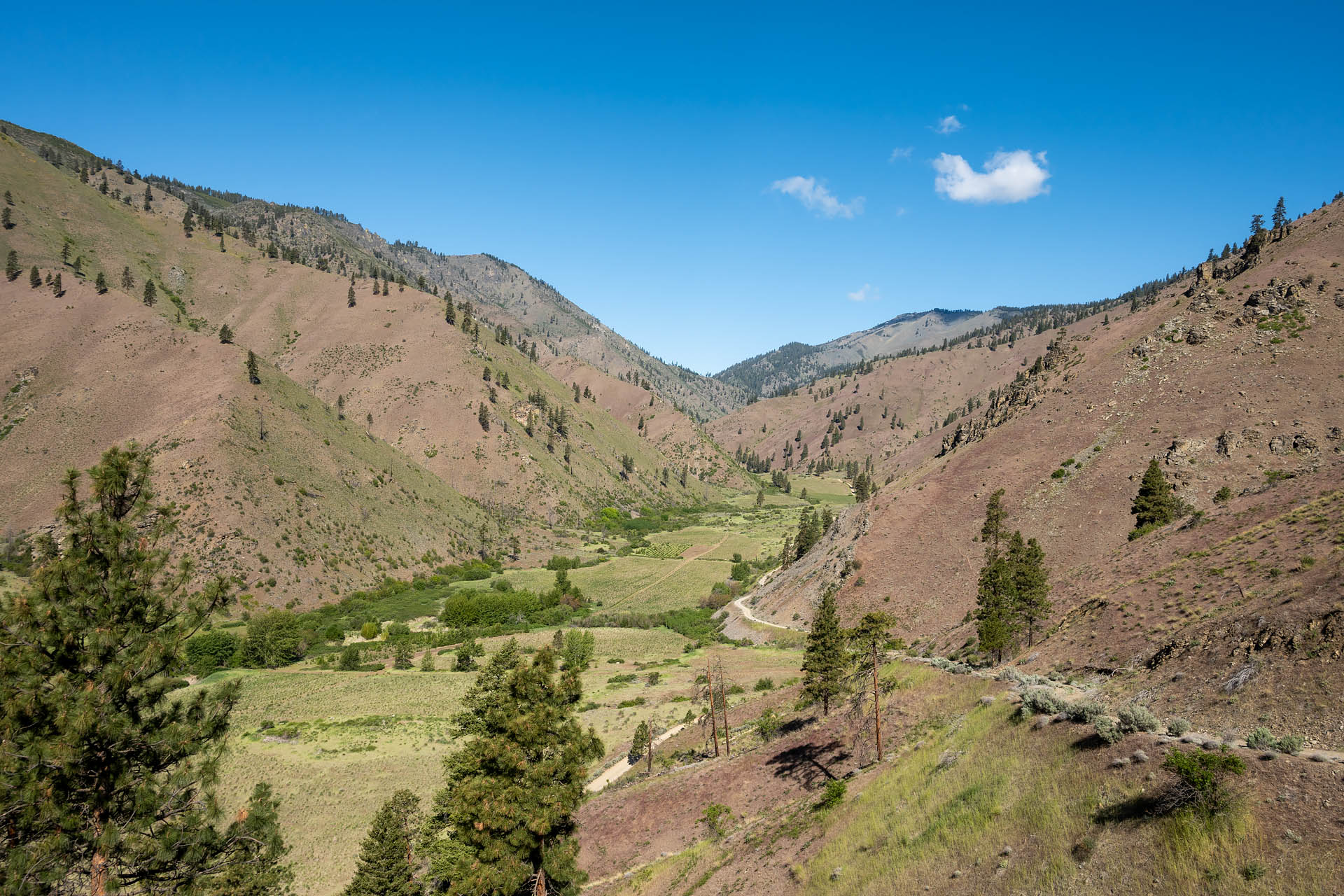 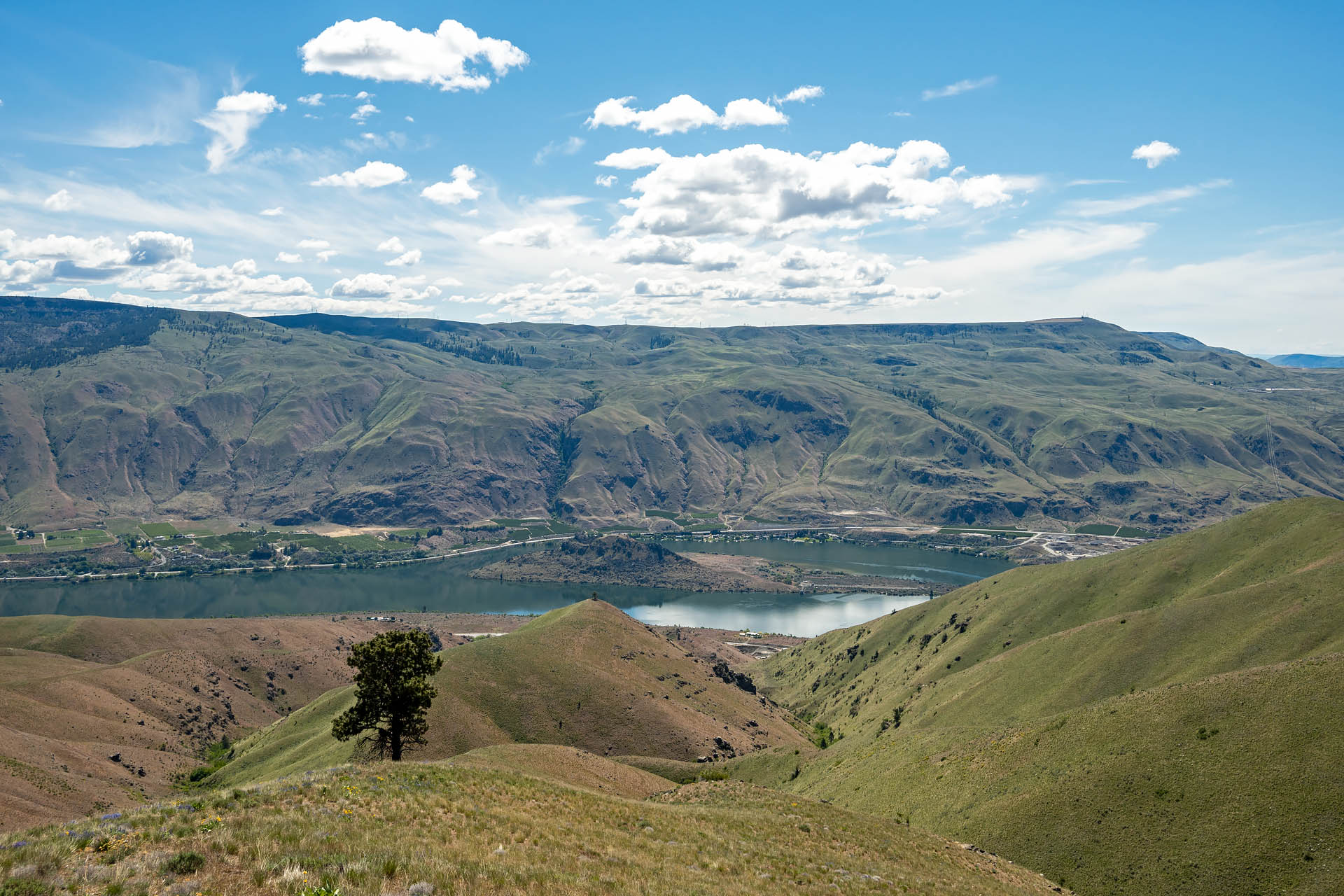 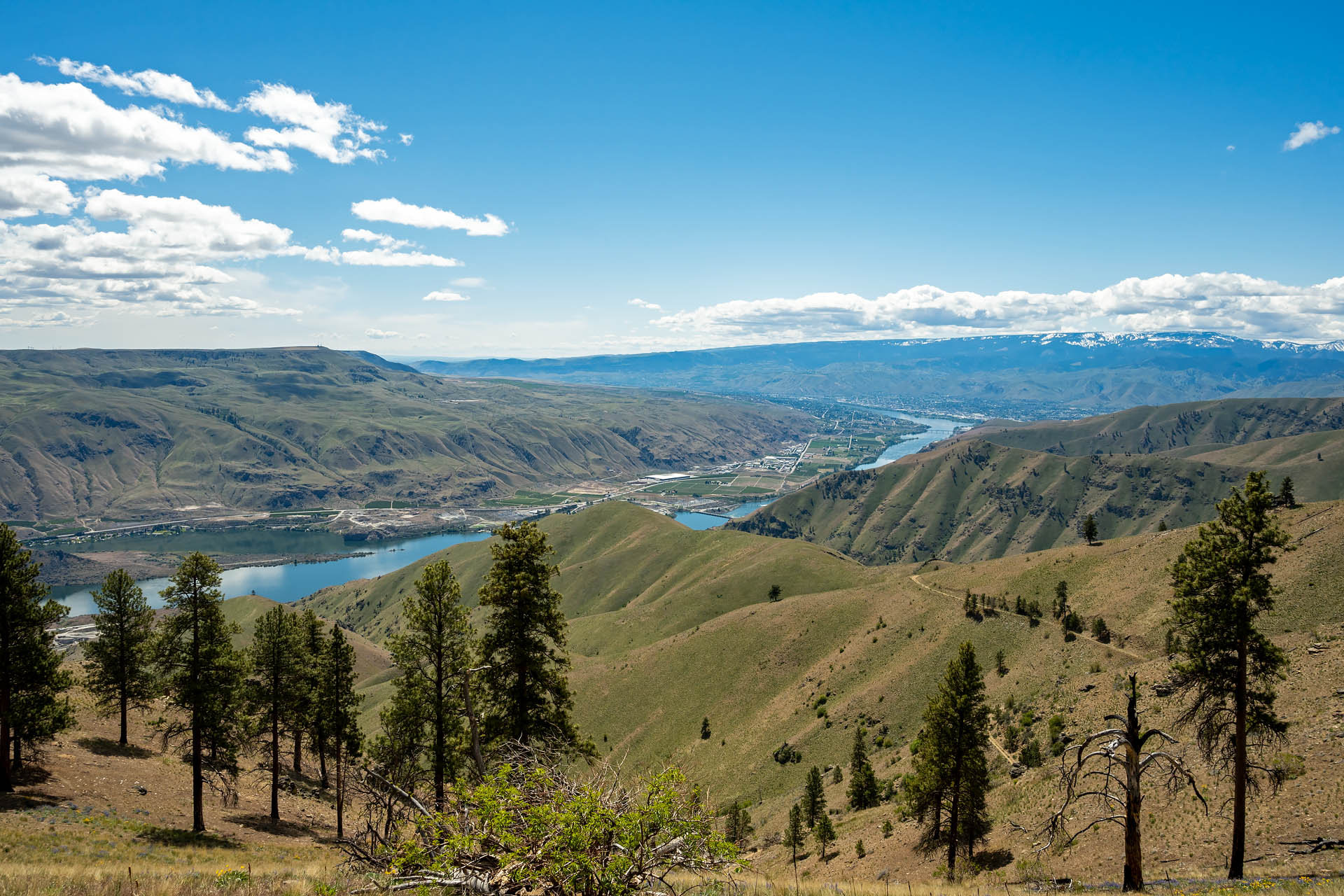 While the trail is supposedly quite dry and desolate in the hot summer months, it was quite pretty with the spring wildflowers blanketing the hillside. It was the second Sunday in May and the lupine and balsamroot were on full display. Along one section of trail at around 3,200 feet, the lupine and asters abruptly gave way to glaring white clusters of phlox. We even spotted the occasional shoot of scarlet gilia along the upper portions of the trail. The striking red, trumpet-shaped blooms appear to burst purposefully into the air, appropriately earning the nicknames skyrocket or rocket flower. Interestingly, the first specimens of the eye-catching flower were supposedly collected by Lewis and Clark as they navigated the rugged Lolo Trail in northern Idaho. 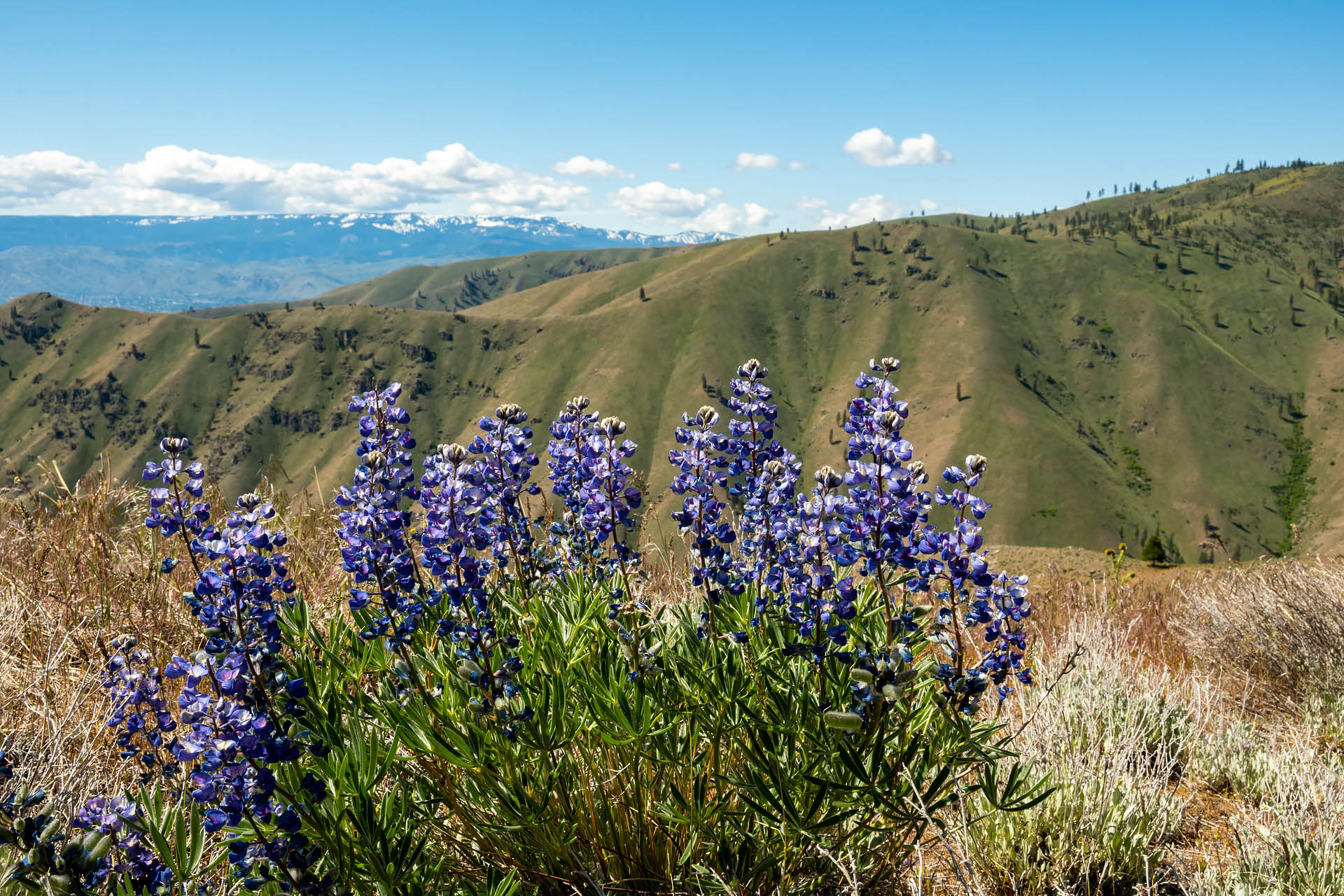 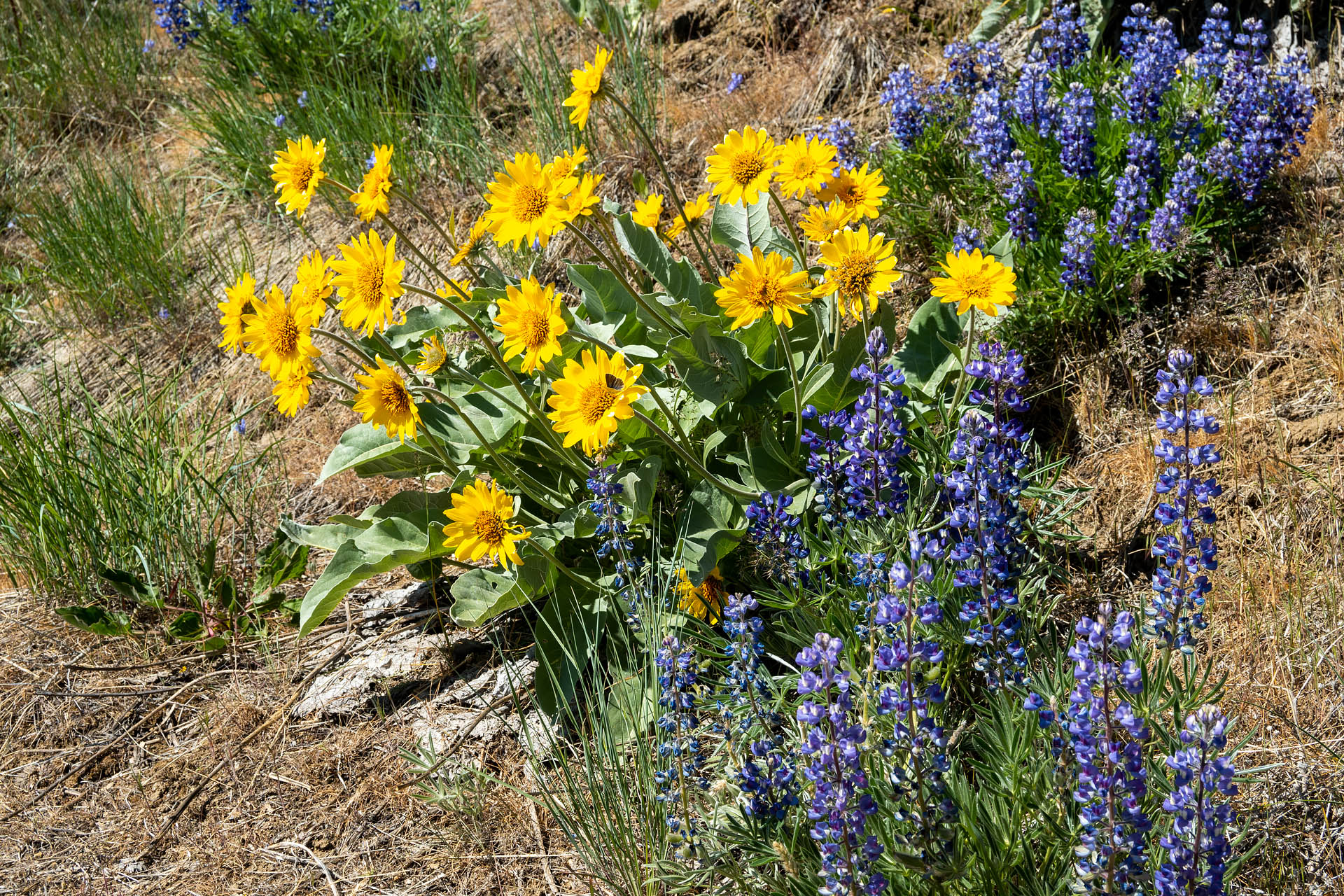 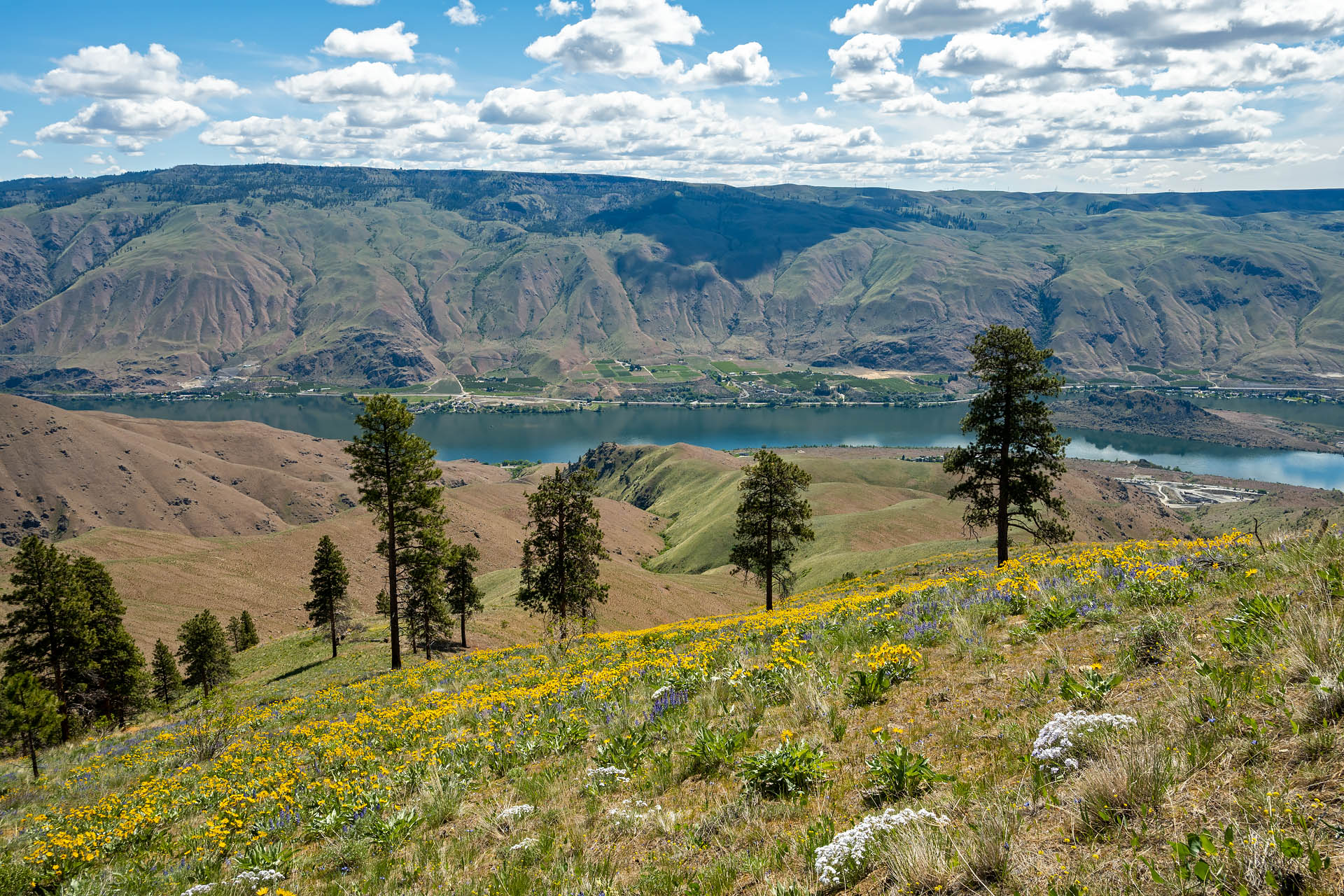 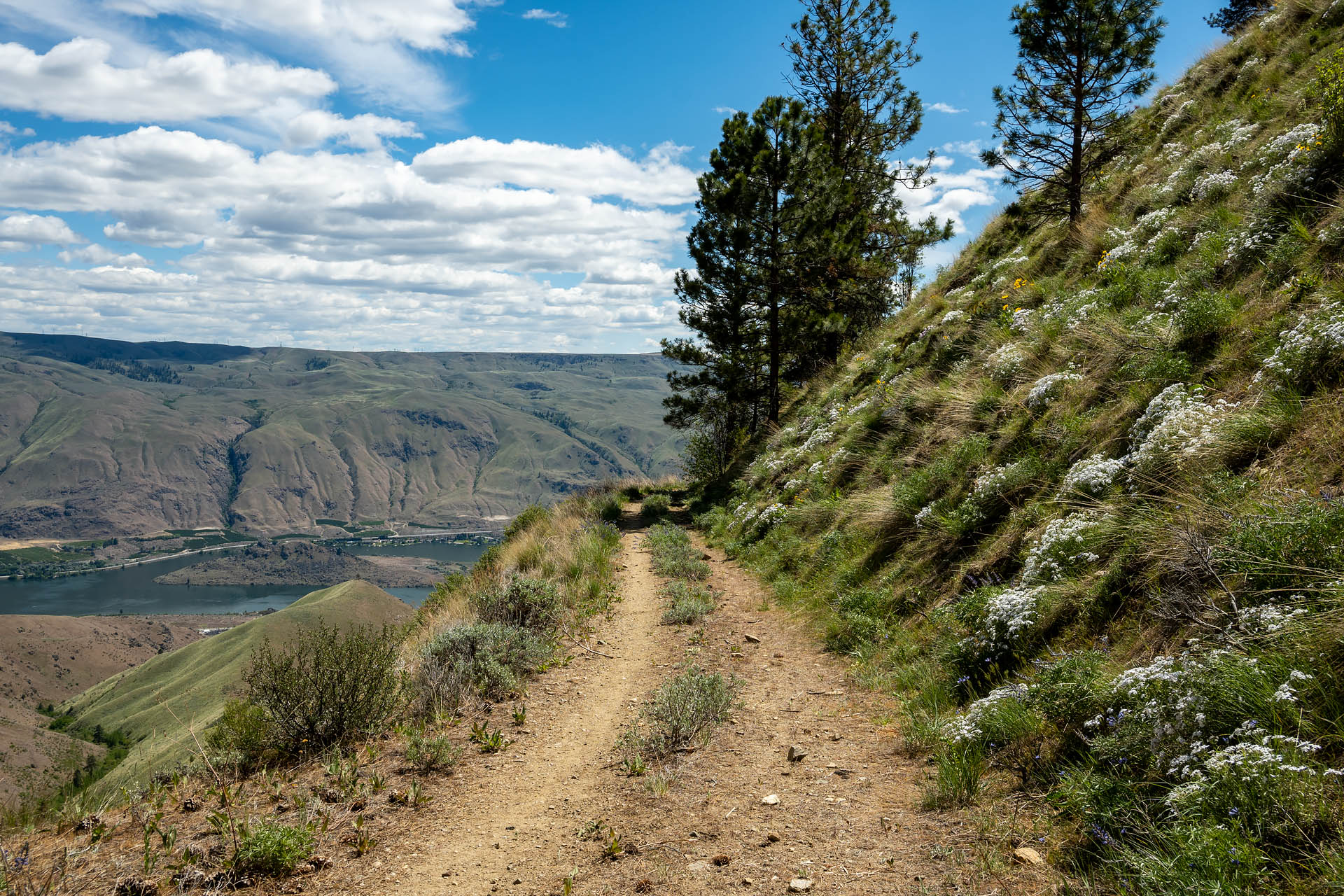 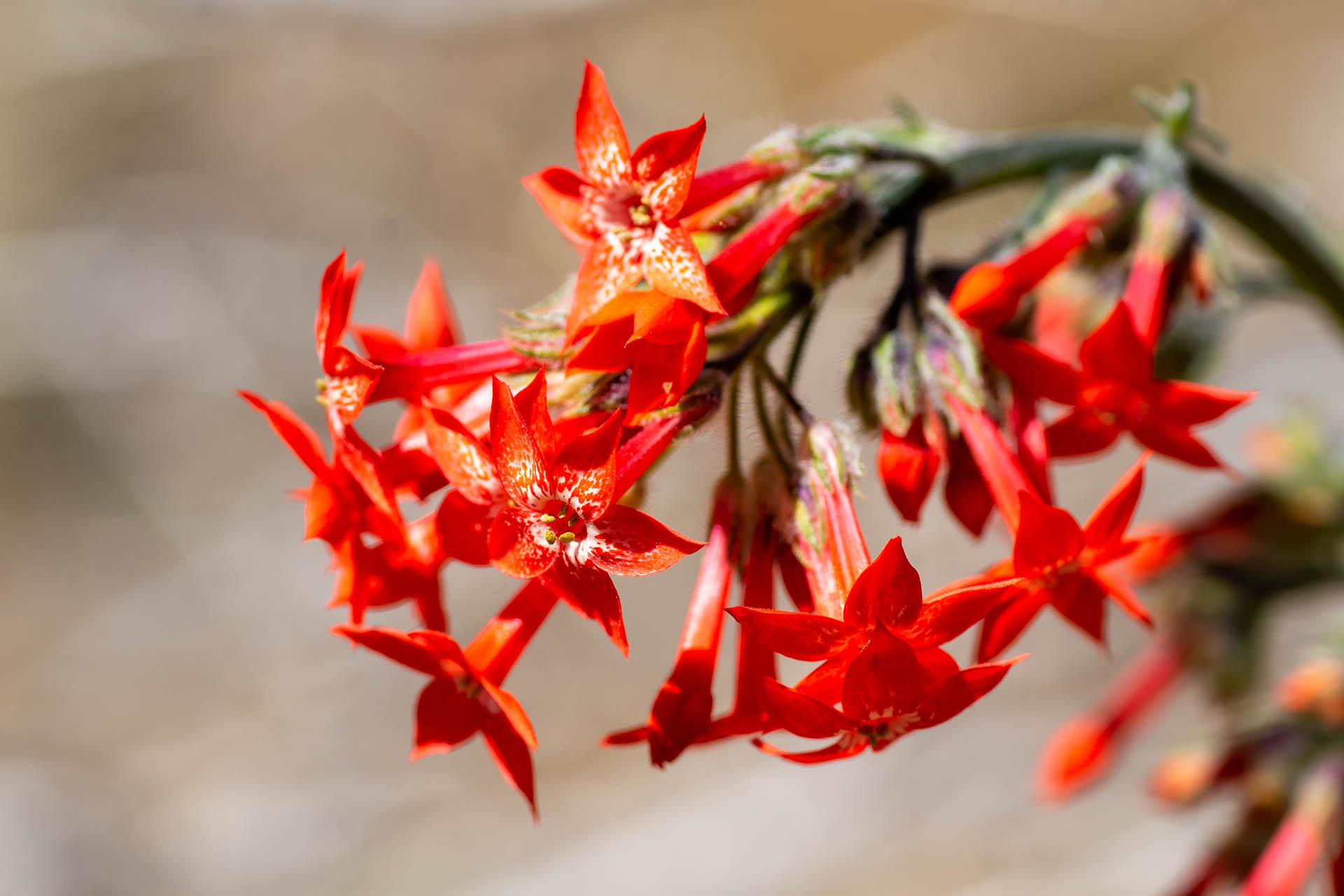 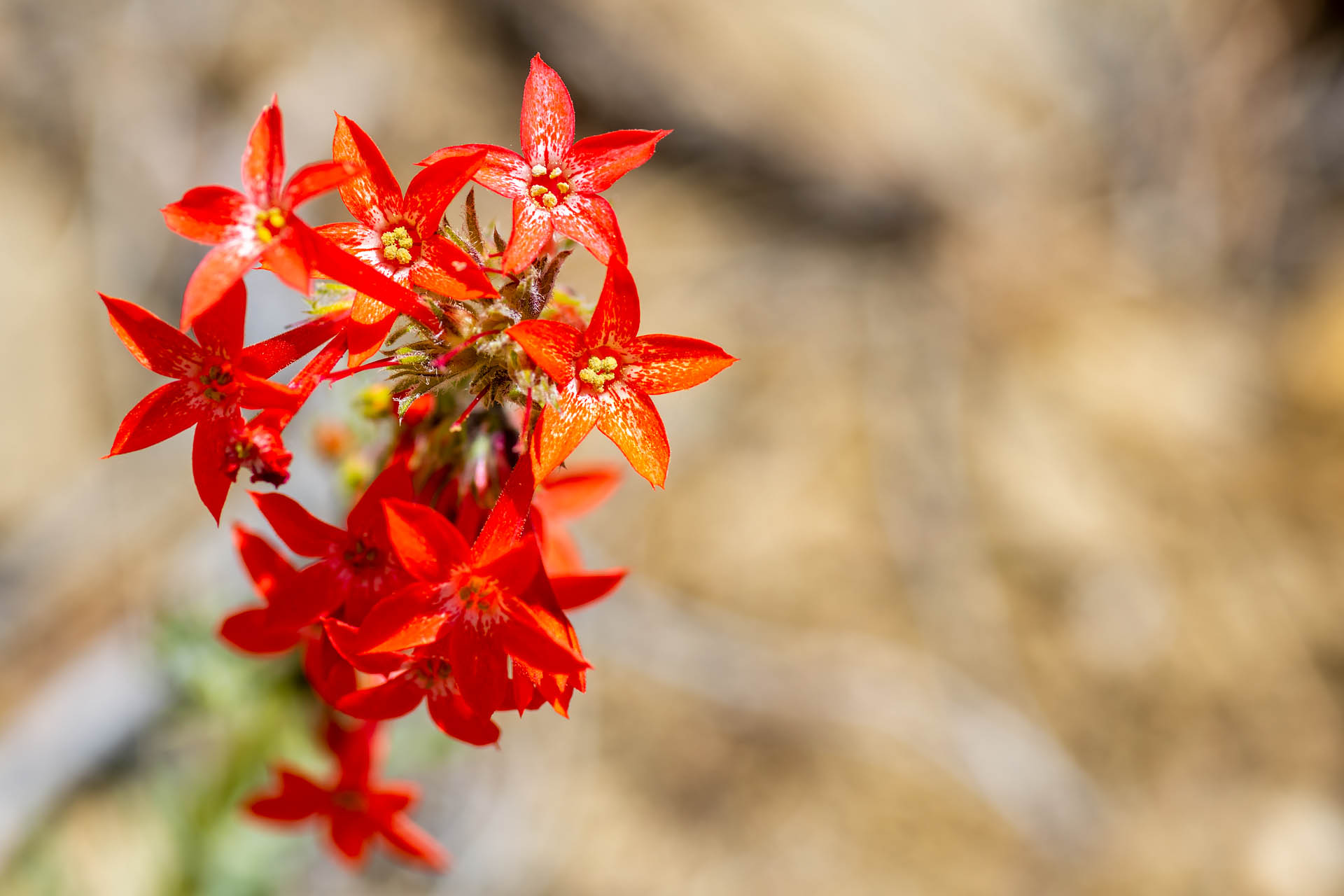 After about four miles on the trail, both the wildflowers and panoramic views quickly start to fade. The trail turns toward the west, pulling away from the open vistas as it enters a sparse forest. For the next mile and a half, the trail is lightly shaded by the thin canopy and levels out significantly, gaining just 500 feet to the high point.

Once we reached the top of the pass – at an elevation of 3,870’ – we took a short little spur trail to the left to a wooded ‘overlook’ of the canyon and distant mountain peaks. It’s not an official lookout point, but there’s a whisper of a trail that appears to have become the suggested route on AllTrails. Looking at a map, the main route (NF-5215) seems to continue well into the distance, ultimately passing Rattlesnake Spring and connecting to a tangle of other service roads. It looks like you could continue walking along the old road, though we didn’t continue on to confirm this. Instead, we followed the short spur for about three tenths of a mile and found a shaded spot to pause for lunch.

Sanchez was thrilled to have found herself a ‘real’ trail up here. She instantly charged forward excitedly when she saw the trace of a narrow path diverging from the main route. The wider roads-turned-trails never interest her at all, and her disdain for such routes always makes us chuckle. She seems to want the full intrepid explorer experience of dense woods, rocks and stumps to jump and scramble on, and the thrill not knowing what she’ll find around the next corner. She got at least a small dose of that excitement on the short offshoot. With much of the forest having burned in wildfires back in 2010 and 2013, Sanchez was overjoyed to have found a jumble of logs where she could flaunt her agility skills for cookies on her makeshift obstacle course. 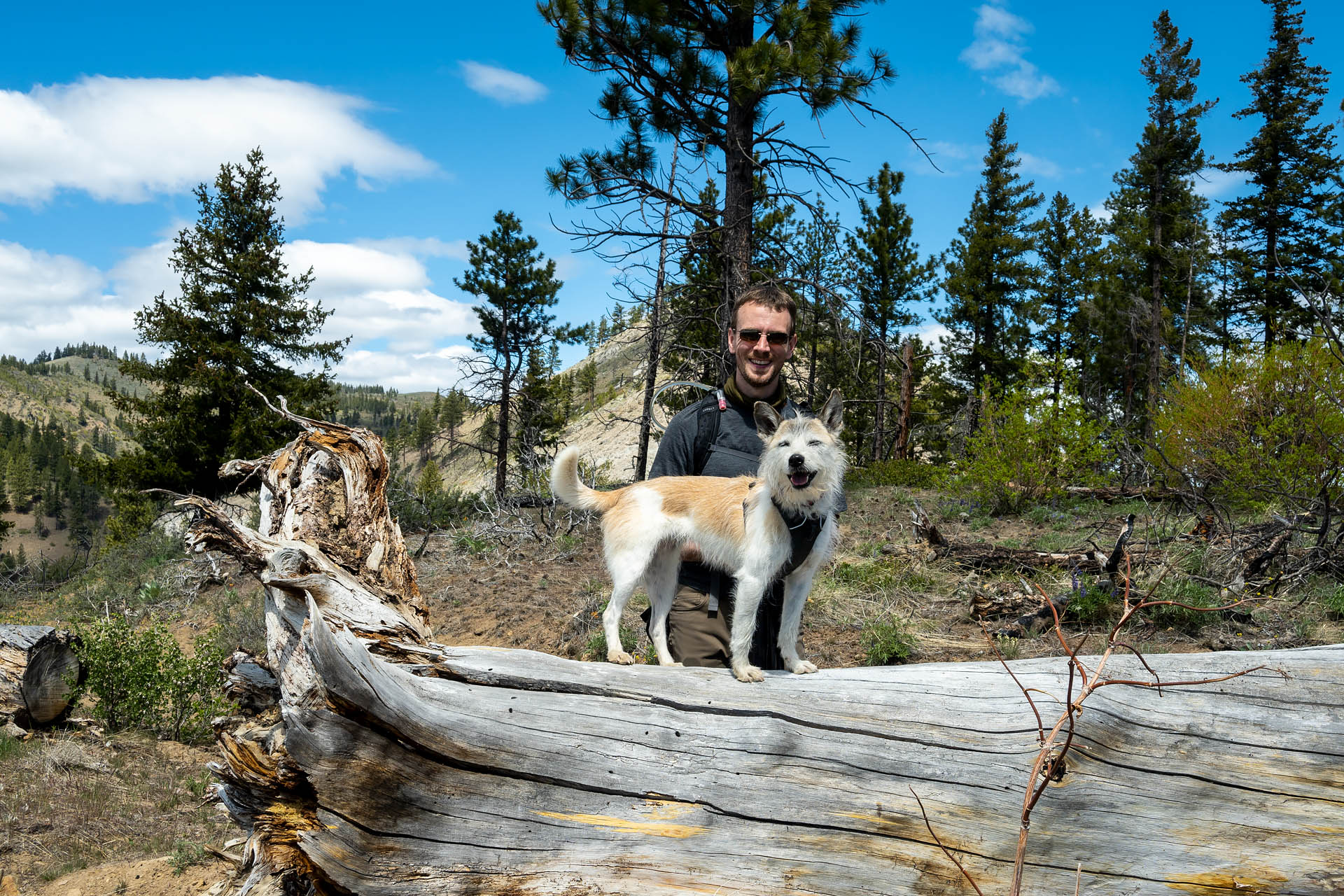 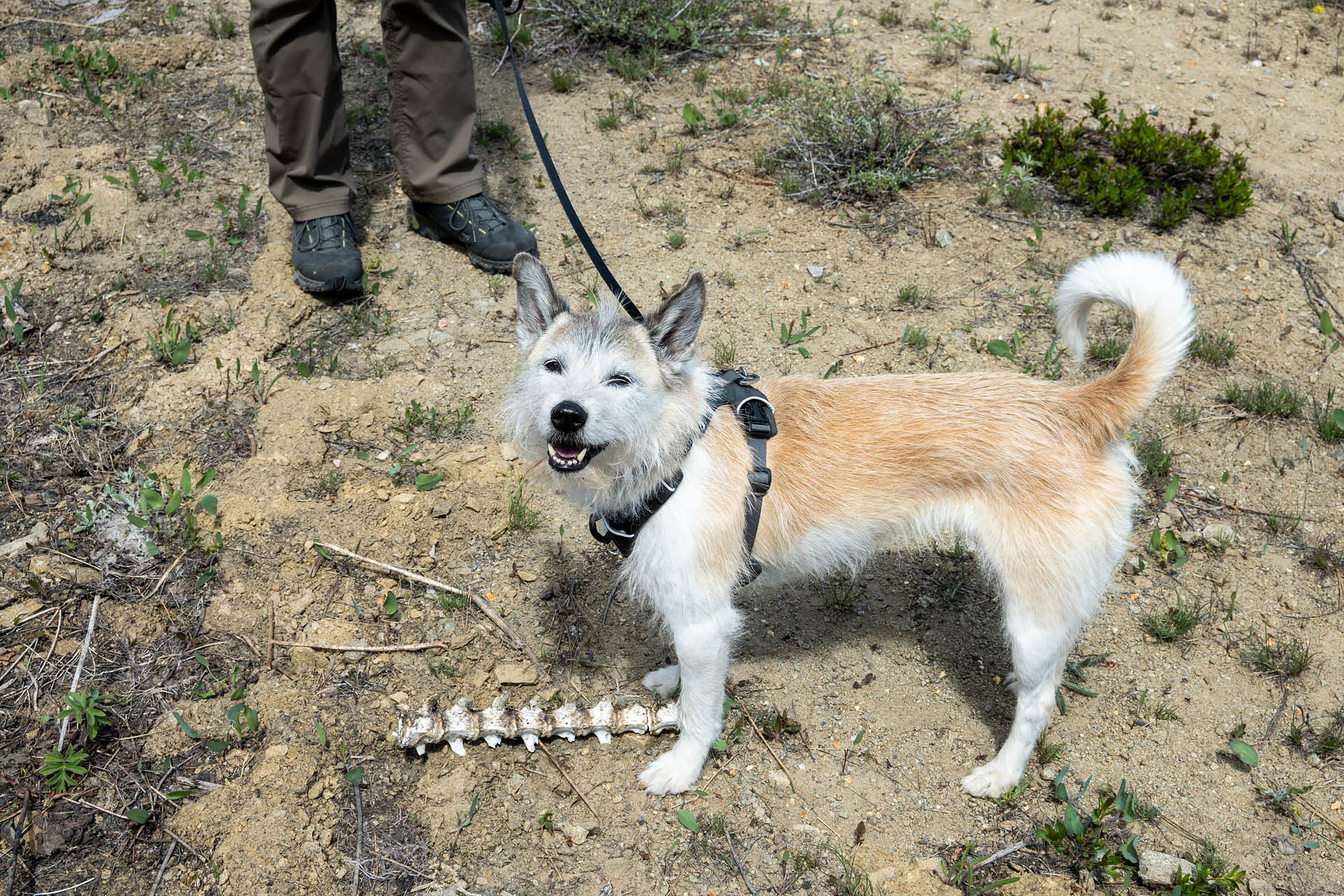 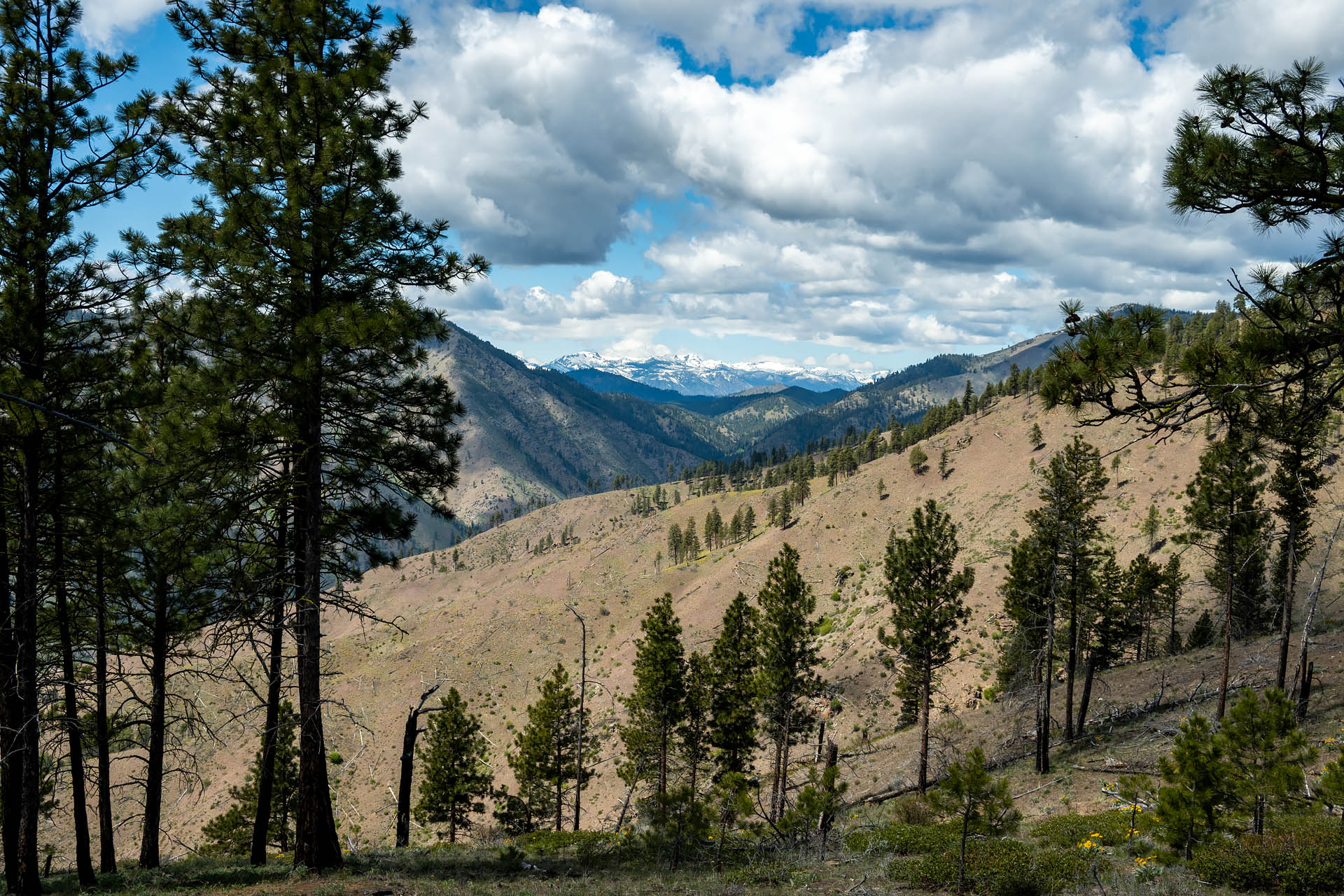 If you’re antsy to hit the trails in the early season, Swakane Canyon’s a solid option. It gives you the chance to get a little more mileage and elevation than some of the other nearby options, and seems to be pretty lightly used. Spring is probably the best time of year to use the trail, especially when all the wildflowers are in bloom. I’d imagine it’s blazing hot here in the summer with no shade, and there are too few trees to offer any meaningful fall foliage. 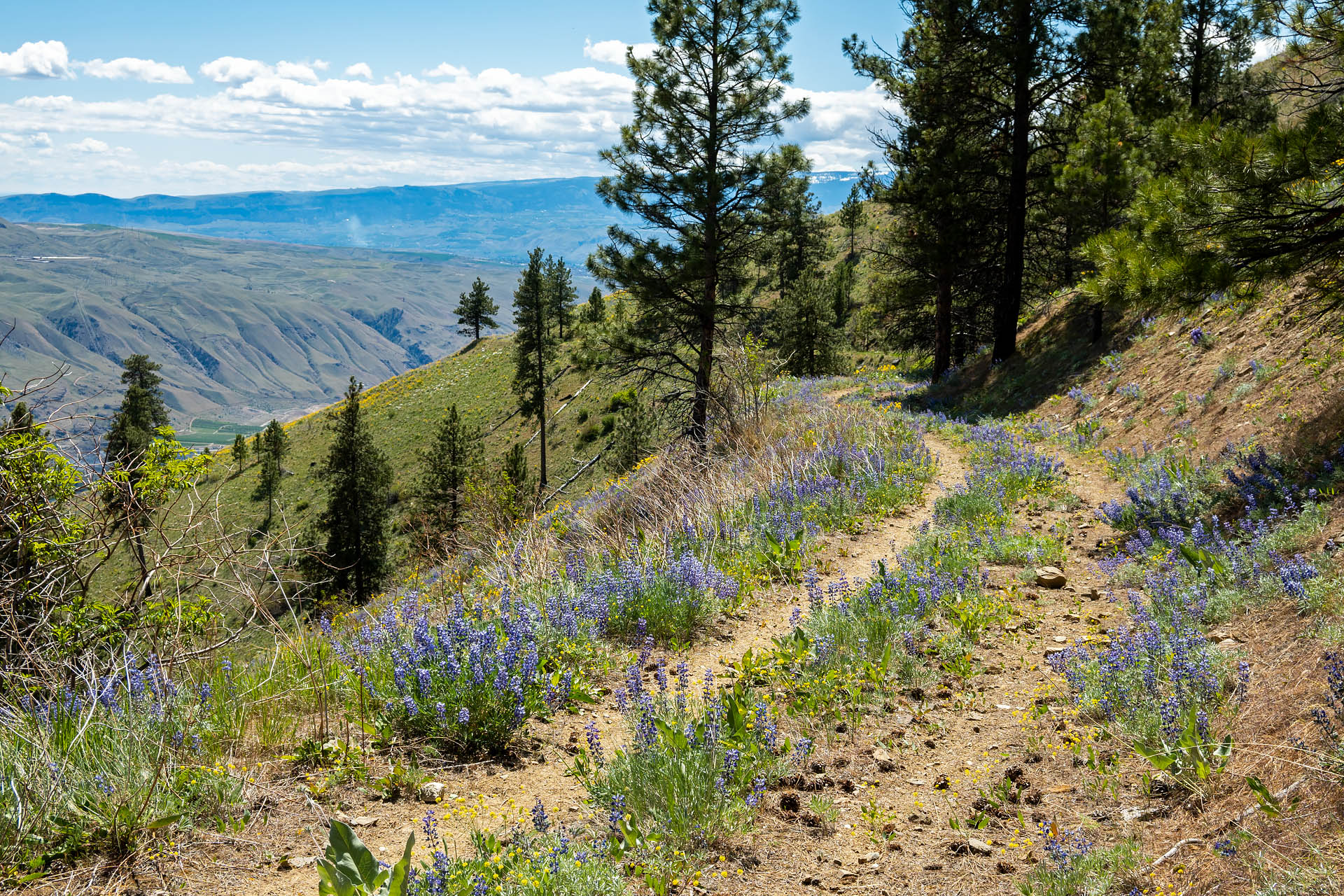 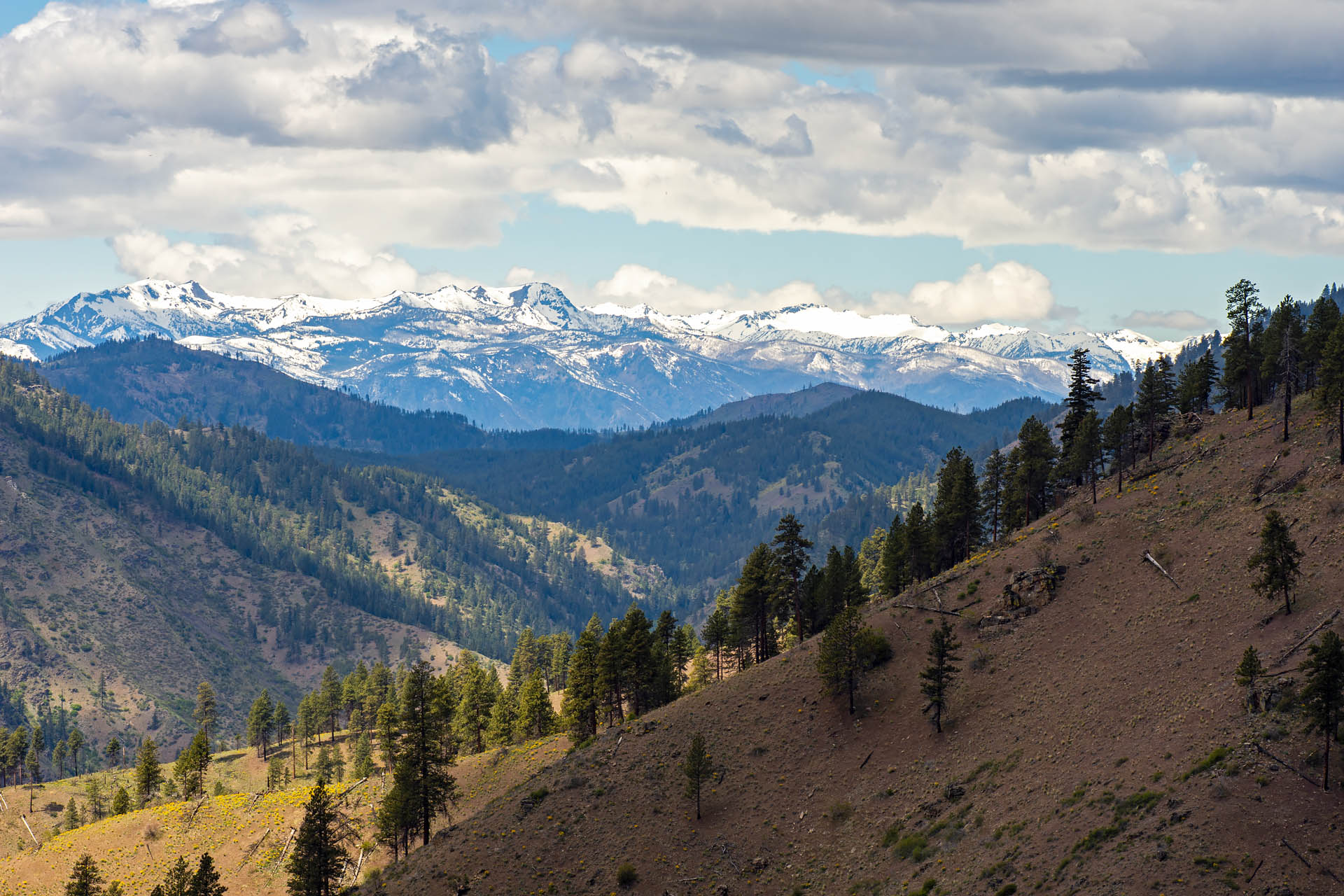 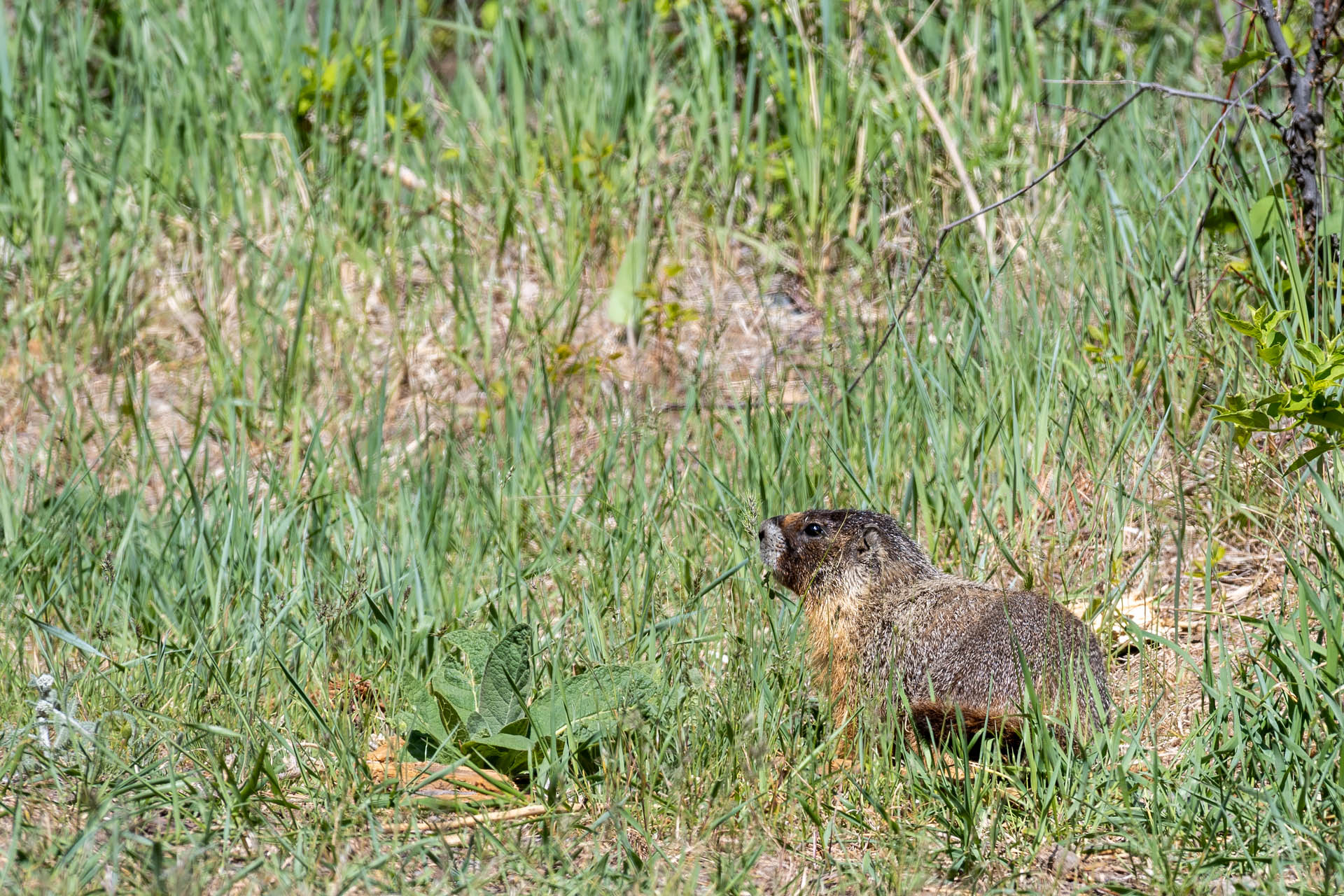 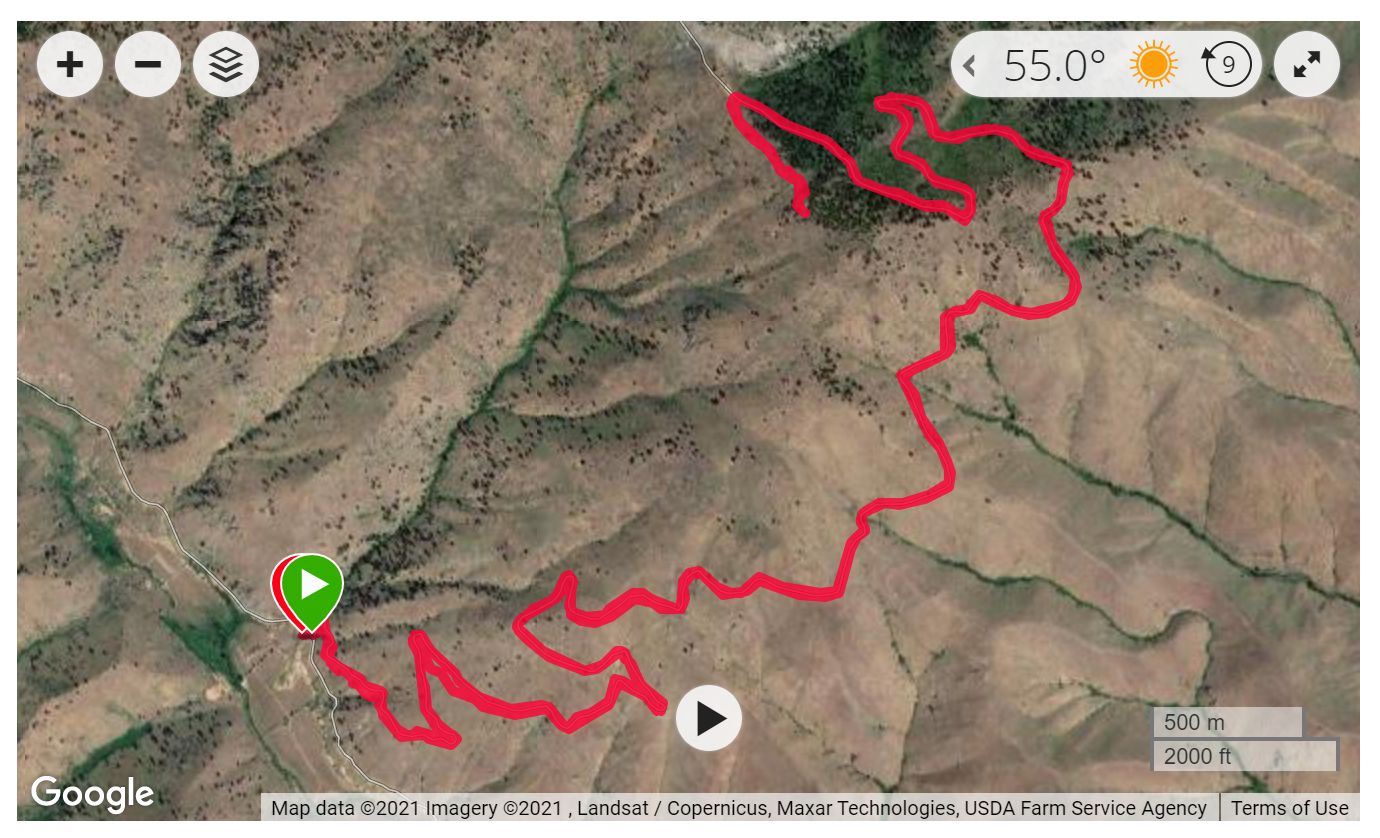