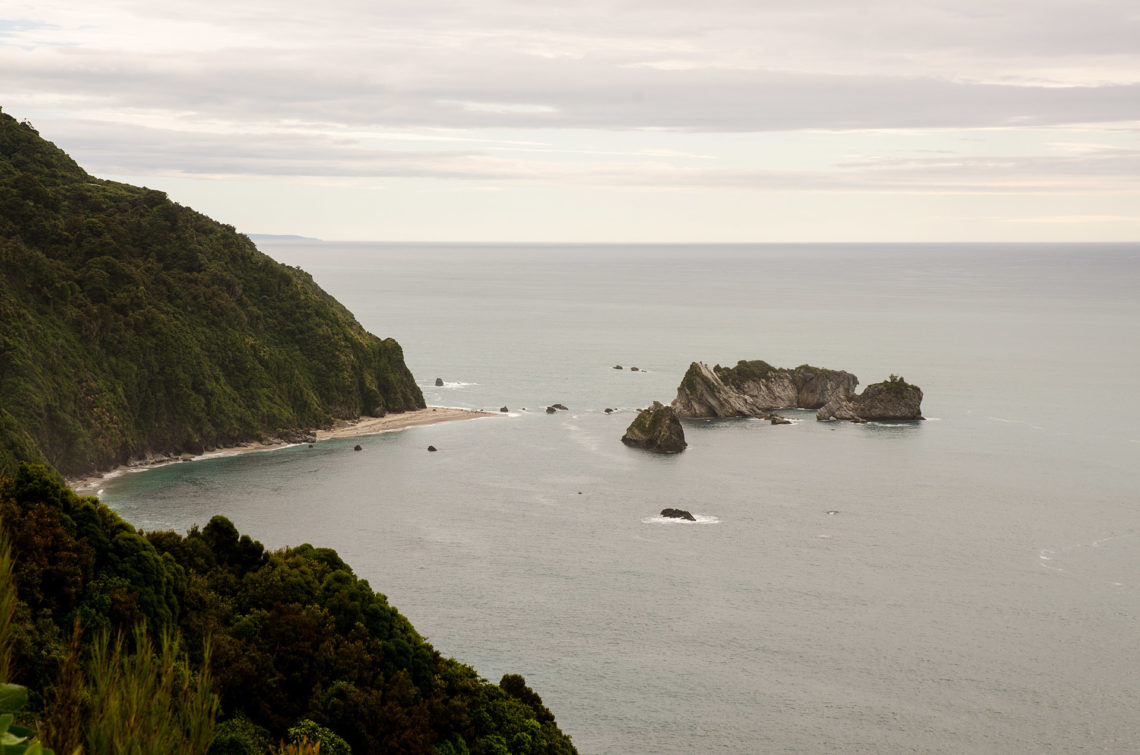 After spending a week in the southwestern region – Fiordlands, Wanaka, and Queenstown – we are on the road again. I must say, it felt great to do very little driving and to really be able to enjoy those areas. We’re now faced with one last, long haul up the South Island via the west coast route.

We departed Queenstown and headed back up to Wanaka via the Crown Range, which took us around a steep series of hairpin turns winding up to the Crown Range summit (3,530’), all the while showcasing the rolling landscape looking back toward Queenstown Bay. Though we had only traveled a short distance, we stopped in Wanaka to enjoy one last day beside the unfathomably beautiful lake (I may be trying to convince Stephan to buy one of the super cute bungalows there), and also to take in the Pats play-off game. Special thanks to Speight’s Ale House, for letting us commandeer their sole big screen for some American football for a few hours! 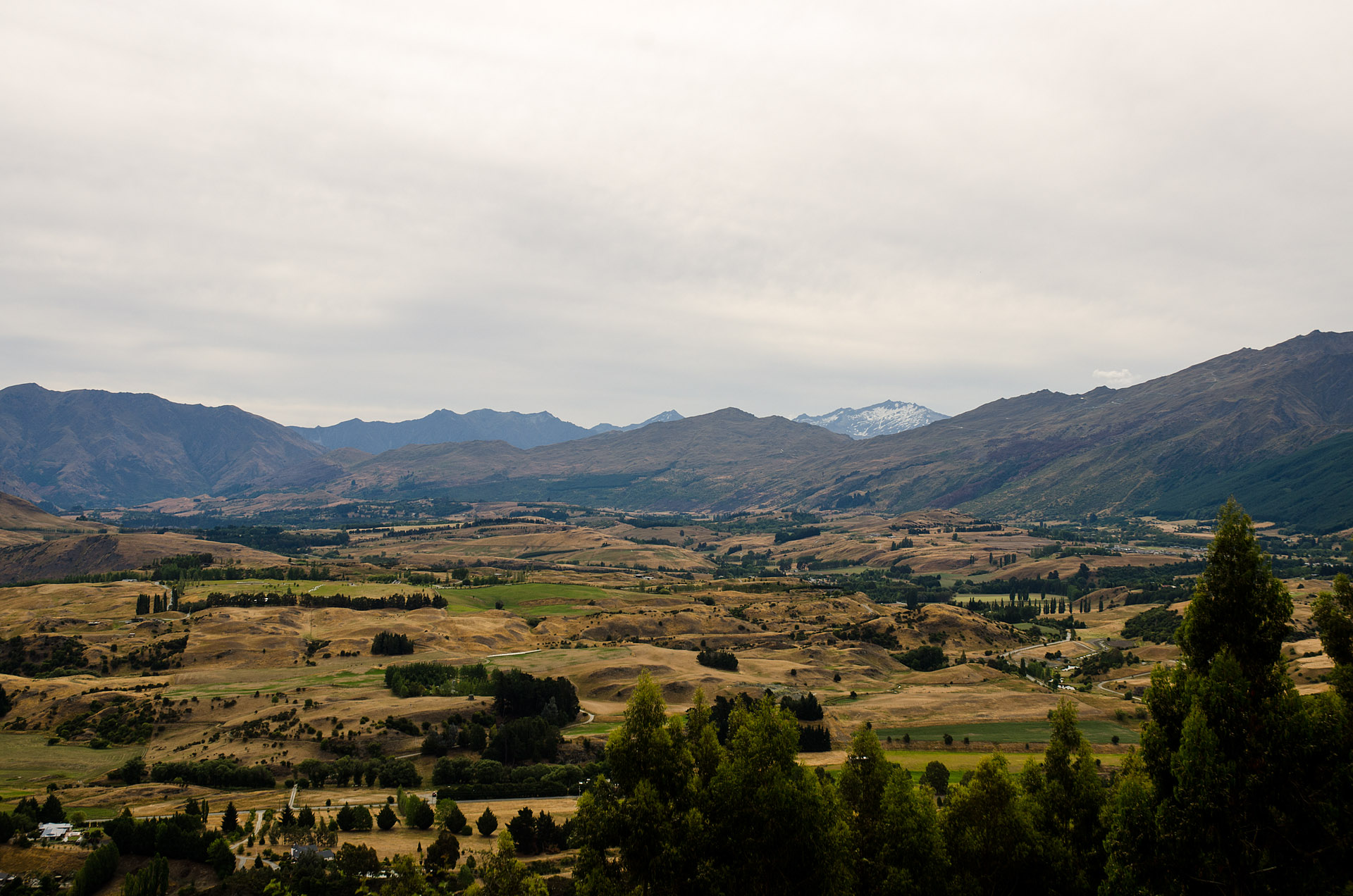 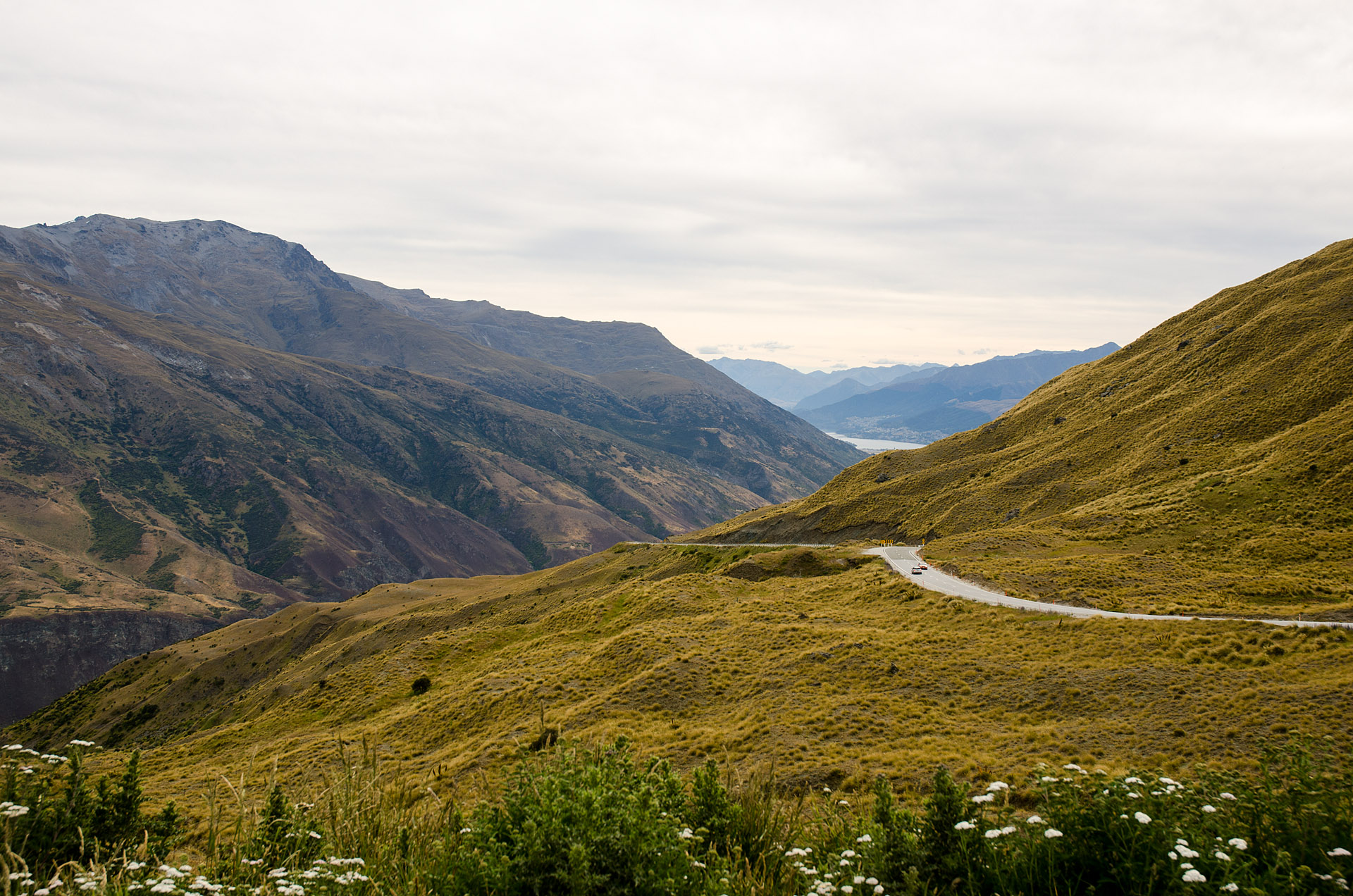 From Wanaka we headed northwest to coastal route 6 through the Gates of Haast, passing under dense canopies of temperate rainforest along Mt. Aspiring National Park. After a couple of hours, the serene moss-draped branches and giant ferns eventually gave way to the commanding, glaciated peaks of the Southern Alps. Under charming one-way bridges, small, turquoise streams flowed along thirsty riverbeds. Along the Glacier Country segment of the West Coast Road, we stopped at two of New Zealand’s most prominent glaciers – Fox and Franz Josef Glaciers. 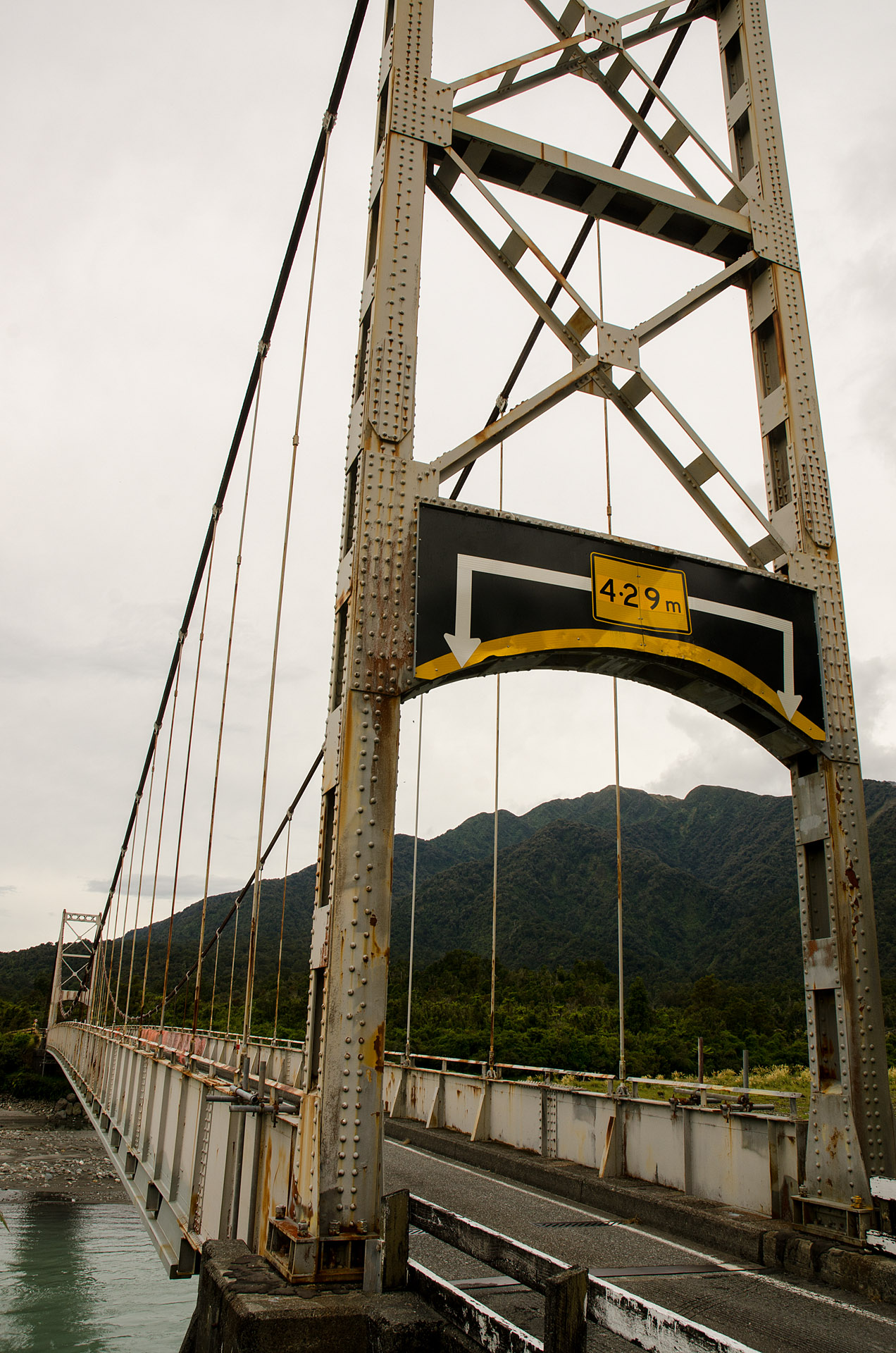 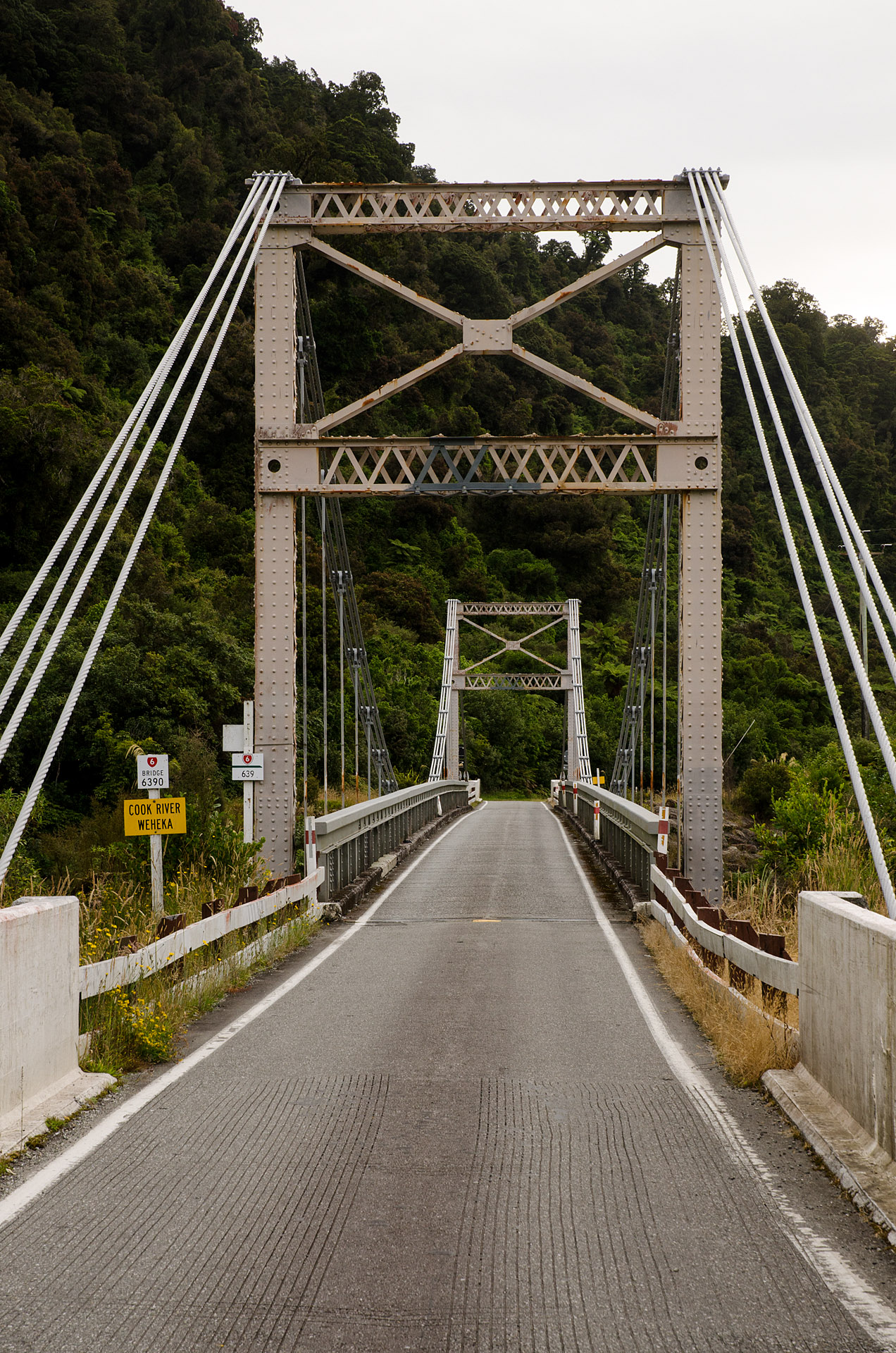 [enter Stephan with beef about the glaciers]

Driving up the access road to Fox Glacier, some signs marked where the glacier had extended in the last couple hundred years, which were remarkable distances from the mountains. I took that as a good sign as we started up the trail. Maybe it was the fact that we’d previously seen the Columbia Icefield, or maybe it would have been more spectacular if we’d sprung for the helicopter ride, but Jenn & I were distinctly underwhelmed. More impactful than the glacier itself was how far it had receded, a tiny shell of its previous self and a reminder of our influence on the world. We proceeded on to the Franz Josef Glacier, which has been very active over its lifecycle – far outpacing typical glaciers in both growth and retreat. While Franz Josef Glacier appeared more dramatic, we were left with a similar anticlimactic feeling. Not helping this were the throngs of oblivious people crowding the trail, who would happily prod you with umbrellas, shoulder-check you, or just run you off the trail entirely. 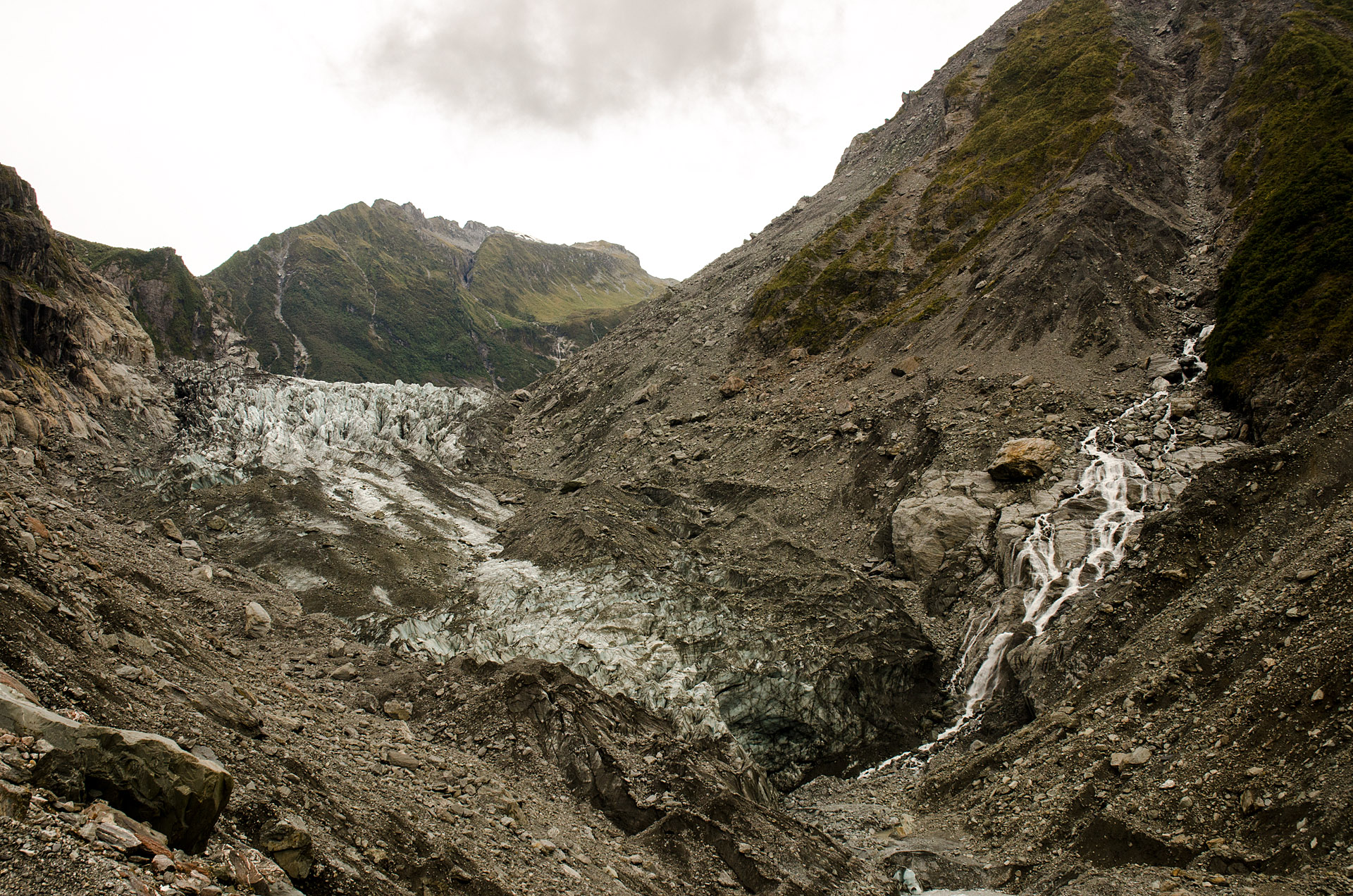 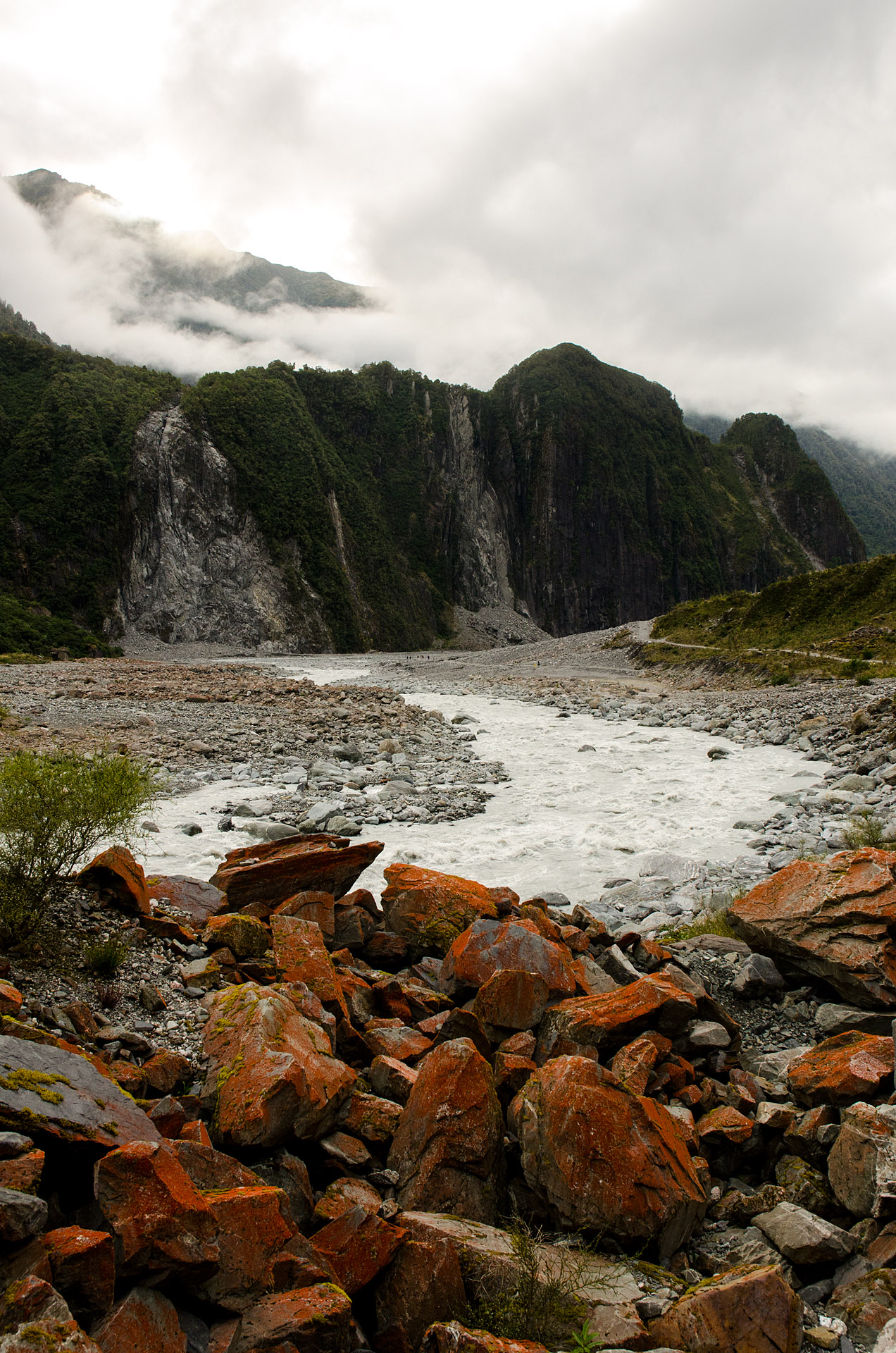 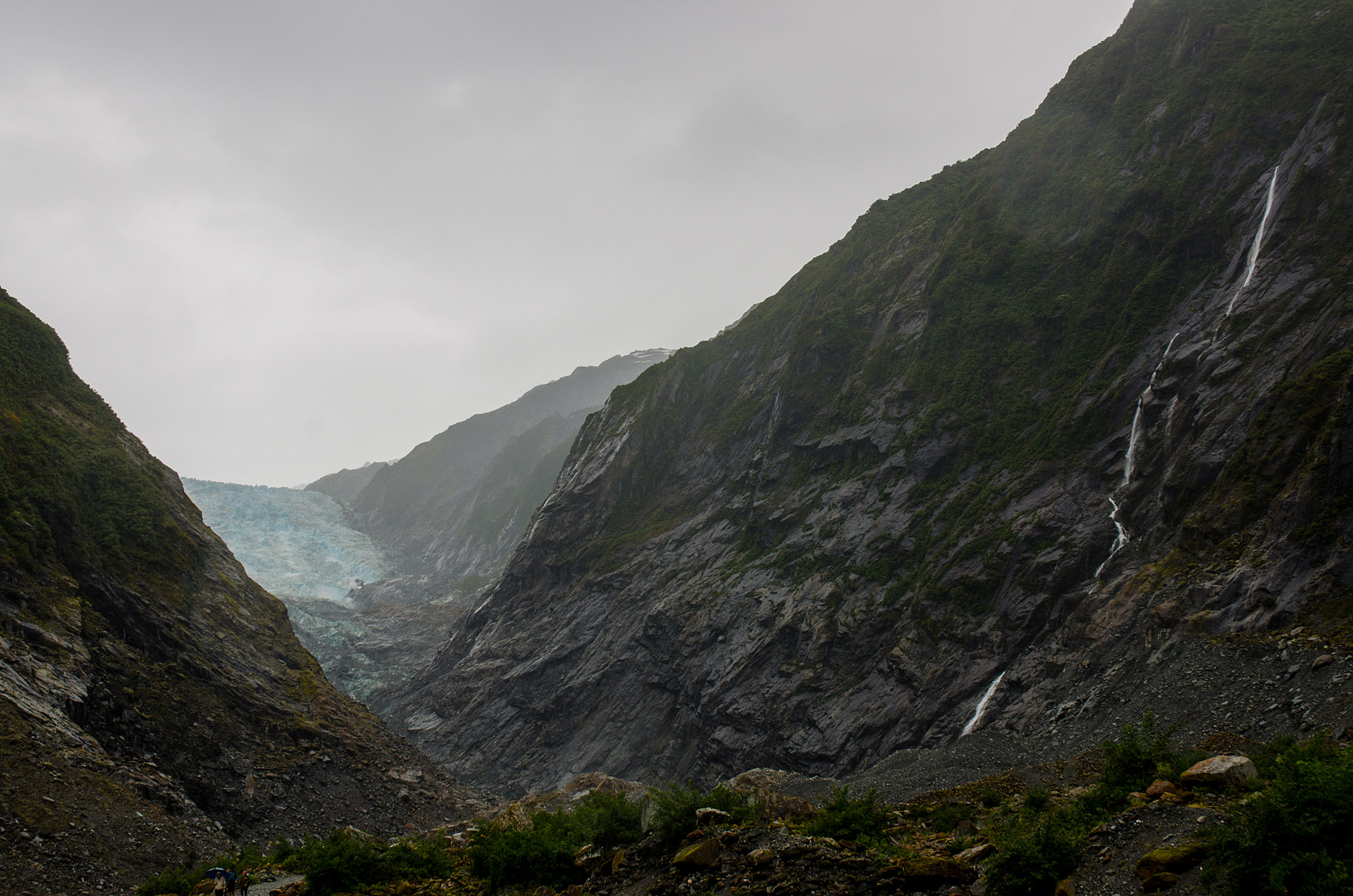 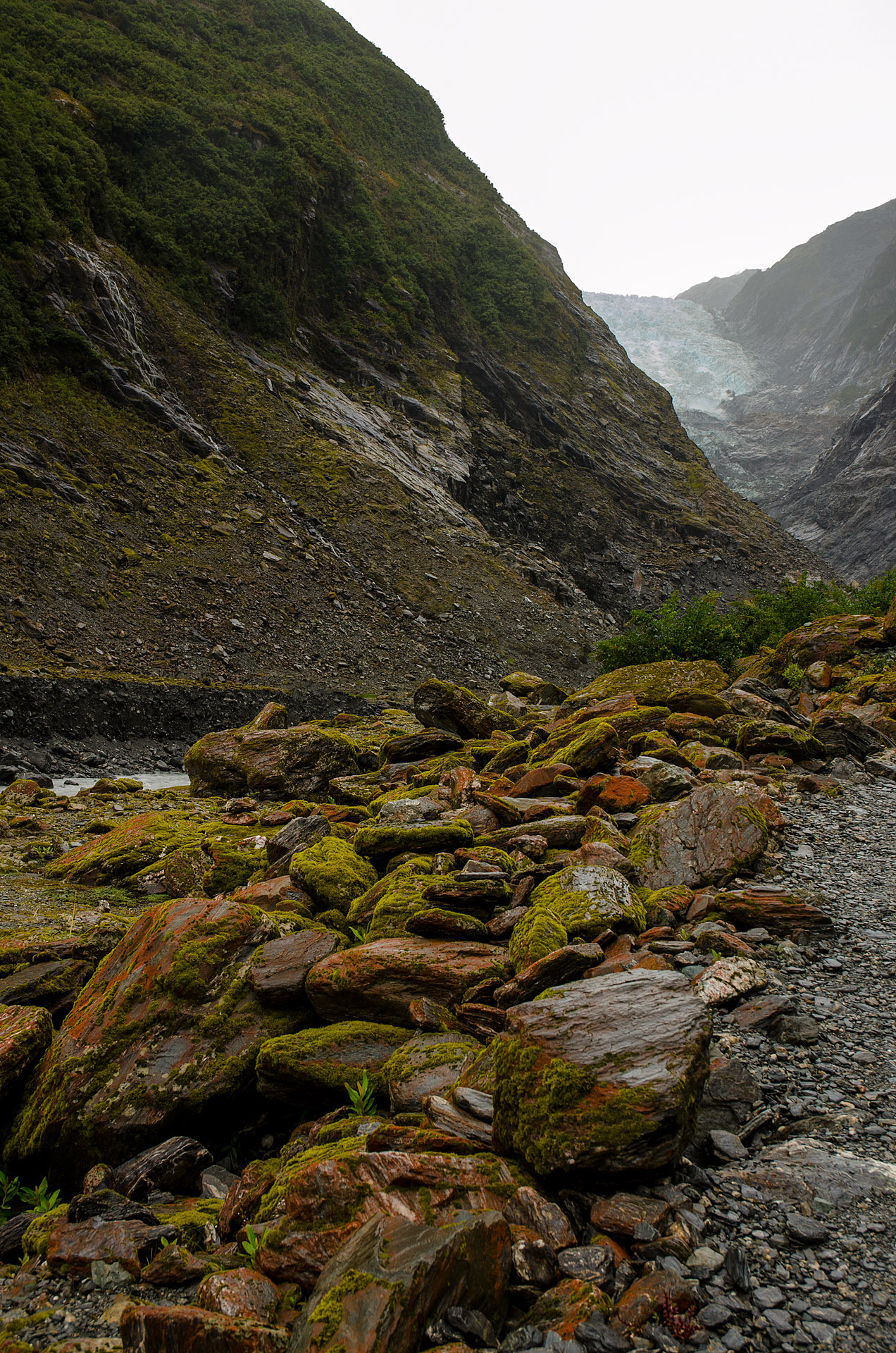 Continuing north through Jade Country and Grey Valley, we paralleled the spine of the Southern Alps to our east, occasionally catching a glimpse of the coastal shoreline to the west. We eventually moved inland to navigate the final leg of our trek, over undulating highlands and an abundance of pasturelands en route to Abel Tasman National Park. While this drive is touted as one of the most picturesque drives in kiwi country, I have to say we were a smidge underwhelmed. Although the ~400 kilometers we traversed were undoubtedly scenic and peaceful, I’m not sure it compared to some of New Zealand’s other incredible landscapes we’ve enjoyed so far. 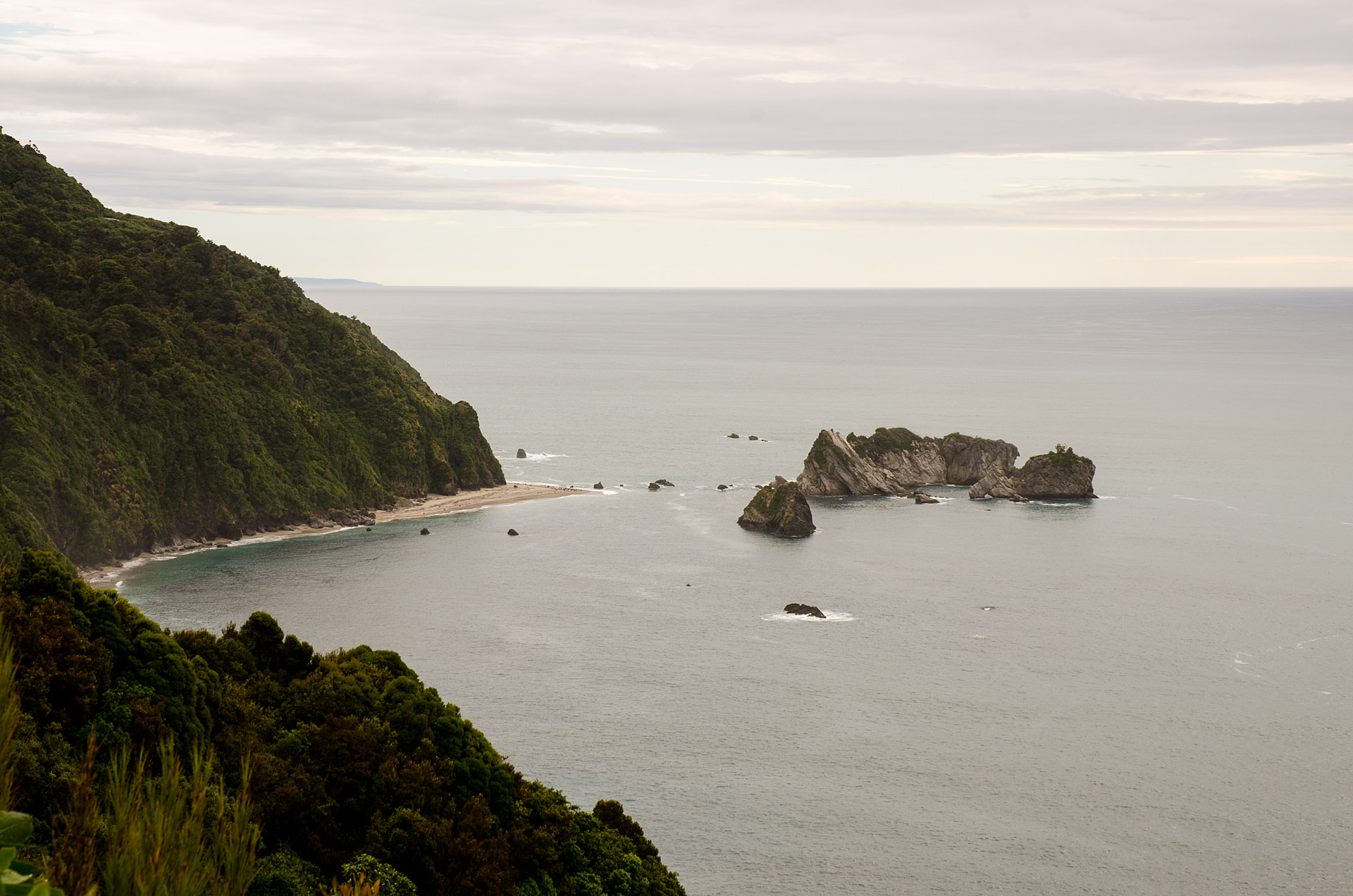